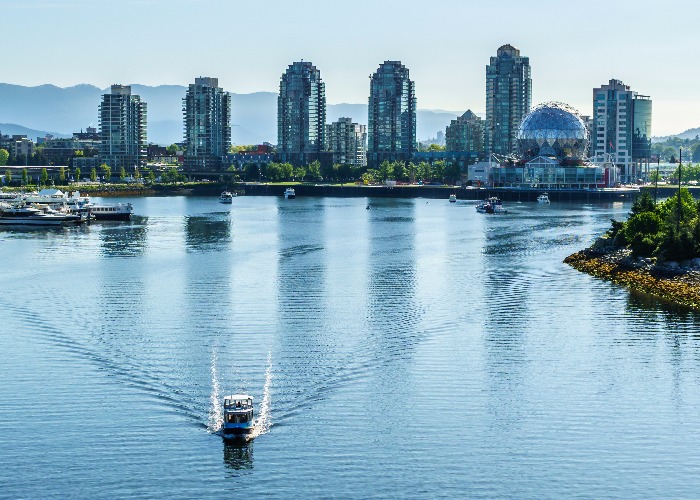 We take a look at how other countries are tackling property shortages and whether it would work in the UK.

The UK isn’t alone in suffering a housing shortage, so should we look to other countries for ways to tackle the problem?

Across the globe from Canada to Australia and even closer to home in Denmark, France and Switzerland, Governments are coming up with schemes to try and ease the housing squeeze, from taxing empty properties, to blocking foreign investment.

The Canadian city of Vancouver will be imposing a tax on empty properties in a bid to tackle its housing problem and enable more people to find rental properties in the city.

The ‘Empty Homes Tax’ was introduced in January and will be levied on homes that aren’t main residences and sit empty for over six months of the year.

When it comes to the nuts and bolts of how the scheme works; it means every residential property owner has to make a ‘Property Status Declaration’ each year.

Homes that are then deemed to be ‘empty’ will be subject to a 1% tax on the property value.  Exceptions include properties that are undergoing renovations or those with rental restrictions.

Revenue generated from this tax will then be invested in affordable housing initiatives.  However, the scheme is very much in its infancy as homeowners have to wait until December for instructions on how to make their ‘property status declaration’ for this year.

And closer to home, Paris has recently increased the annual surcharge for owners who leave properties sitting empty, so could schemes like this work over here?

“We already have penalties for people owning unoccupied homes in this country as they pay 50% more council tax if property is unoccupied”.

This ‘Empty Homes Premium’ in England was introduced back in April 2013 for owners of properties left empty for two or more years; however, critics of the scheme say it can be hard to enforce.

Australia is hiking up Stamp Duty

In Australia, a raft of measures to ease the property situation has been introduced including a Stamp Duty surcharge for foreign investors along with an empty homes tax.

The state of New South Wales, which includes Sydney, introduced a ‘Foreign Investor Surcharge Duty, (or Stamp Duty surcharge), of an additional 4% for foreign buyers last year which has since doubled to 8% on 1 July.

And the state of Victoria, which includes Melbourne, has introduced a 1% tax multiplied by the capital improved value of the property on homes that have been empty for six months which will take effect from January.

Foreign investors buying up chunks of property, which can then sit empty for months on end, is not an isolated problem.  A political think tank, the Bow Group, warned back in 2015 that unless things change, Britain could be building new homes forever without making a dent in the shortage of homes for residents, because ‘investment buying’ would just keep on happening.

“I’m not a fan of rationing homes; if someone has enough money to persuade someone else to sell, then why not”.

And rather than, “ripping off ideas”, Pryor says he says he’d like to see our Government “provide examples to other parts of the world”, citing a “removal of the Capital Gains Tax exemption on main principle residences and Stamp Duty abolished on the back of it”.

Both Denmark and Switzerland impose restrictions on foreign buyers.

In Denmark, the basic rule is that anyone from outside the EU must have lived in the country for five years or more or need to get permission from the Danish Ministry of Justice before buying.

And with Switzerland, non-residents can only buy residential property in certain areas; which excludes cities including Geneva, Basel and Zurich as these areas are for primary residences; not holiday homes.

However penalising foreign investors may not work in the UK according to former Royal Institution of Chartered Surveyors (RICS) Residential Chair Jeremy Leaf.

He says many new residential developments in the UK actually rely on ‘financial underpinning’ from overseas cash buyers for long-term projects.

“If a developer markets the idea to the Far East, people will come forward to buy ‘off plan’ and they may buy say twenty apartments as a form of ‘forward funding”.   He points out that by contrast; if you’re buying with a mortgage offer, this is usually only valid for no more than three to six months”.

But treading the line between encouraging foreign investment and knowing when to stop can be a fine balancing act according to Mr. Leaf.

“Most developers don’t want to sell more than 20-25% of properties this way to foreign investors as they may have to offer a discount in order to get the much-needed funding”.

New build homes checklist: 6 essential things to do before you buy