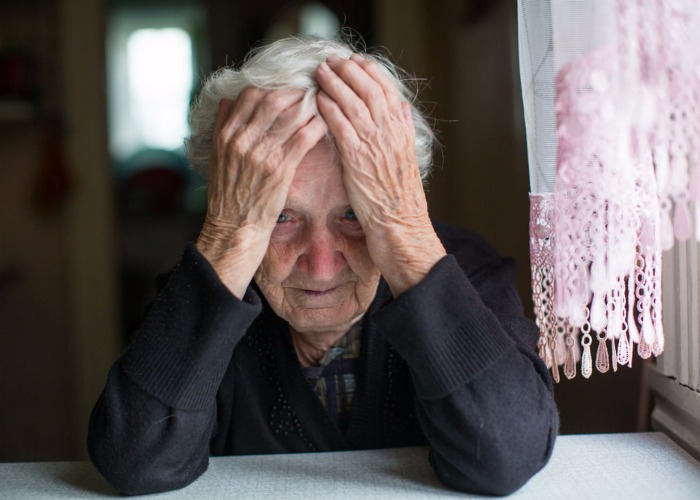 We look at why more people need to acknowledge the link between mental wellbeing and financial issues.

The link between mental illness and money problems is becoming more and more apparent.

It’s no coincidence that one in four people with a mental health problem is also in debt as they form their own vicious circle.

The grinding effect of living in poverty can lead to depression, while the medical effects of depression can make financial problems inevitable.

In fact, they are so interconnected it can be difficult to untangle cause and effect.

It’s so baffling that even mental health professionals struggle to make the connection, meaning many people suffering from depression are left to face their money woes alone.

So, we’ve decided to take a deeper look into this troubling issue.

A 2017 report for the Money and Mental Health Policy Institute, called ‘Seeing through the Fog’, examined the way that depression affects our ability to manage our money.

It highlighted that people suffering from depression struggle to deal with the complexity of money matters as the condition impairs ‘focus’ and ‘working memory’.

It also affects our ability to plan and make decisions, and damages our ‘psychomotor functioning’, so that routine tasks become arduous and insurmountable.

“I had no notion of how to budget, and during my most depressed episodes, I just didn’t have energy or concentration to track where the money was going,” said one respondent in a study (cited in the report).

Perhaps even more fundamentally, a diagnosis of depression will focus in part on the sufferer’s lack of motivation, which can affect their ability to keep on top of their finances.

Or as one study respondent said: “It’s the inability to face things that drags you down. Everything takes an incredible effort.”

A combination of all these things makes it more likely for sufferers to fall behind on payments, miss deadlines and face penalties.

They can struggle to prioritise their spending or shop around for products, and when all these issues lead to money problems and debt issues, they can then struggle to find a way out.

At the same time, other symptoms can propel those struggling with depression into further debt, most notably impaired response inhibition.

It means people make financial decisions without thinking them through, and it lies behind the fact that 95% of people with depression say they spend more when they are ill.

Once people find themselves with financial problems that they cannot face, let alone deal with, it’s hardly surprising that this will feed into their anxiety and depression.

Compounding the problems faced by individuals caught up in this vicious cycle is the fact that few people may fully understand depression and its link to financial problems.

But there have been great strides taken in the attitudes towards depression in recent years.

A National Attitudes to Mental Illness survey found that, between 2009 and December 2016, there was an 11% increase in willingness to work with someone with a mental health problem (up to 80%).

The survey also revealed people who personally knew someone with a mental health problem are more likely to have positive attitudes about mental health.

It’s partly a result of the success of high-profile campaigns such as Time to Change and Heads Together, and a growing awareness that one in four people in the UK will experience a mental health problem each year.

But tolerance and understanding are not necessarily the same thing.

A survey in 2017 by the National Centre of Social Research found that one in five people agreed with the statement: “One of the main causes of mental illness is a lack of self-discipline and willpower.”

And when depression leads to financial problems, there’s very little understanding of that either.

“It is often presumed that people with low motivation or a short-term approach to financial management are simply lazy or careless and that they could easily address these problems if they so wished," wrote Merlyn Holkar, the researcher who put together the ‘Seeing through the Fog’ report.

“However, for many mental health problems, a problem with motivation may be medically recognised as a fundamental component of the disorder.”

Coupled with a lack of understanding is a lack of tolerance.

“There remains a huge stigma of blame when it comes to debt, and the idea that it’s always your own fault," said Polly Mackenzie, former director of the Money and Mental Health Policy Institute.

“In reality, debt is usually caused because of life events or illness, not profligate spending, and mental illness can be a major component.”

Where to get free debt advice

Docs are in the dark too

Alarmingly, it’s not just the typical man or woman in the street who doesn’t understand the interconnectedness of debt and depression – many medical professionals are in the dark too.

In fact, awareness amongst medical professionals can be so low that it’s not common practice to ask about it or to engage with the problem.

She flagged that getting the NHS to change its approach and engage with a new idea is always difficult as it’s a complex collection of different organisations.

But Mackenzie revealed she has a compelling case for encouraging the NHS to join the dots.

“We know people with financial difficulties are four and a half times less likely to recover from their mental health issue,” said Mackenzie.

"If you can fix the financial problems, you improve their chances of getting back on track with their mental health.”

She added that this doesn’t mean the NHS has to offer debt advice – it can simply be a case of encouraging people to take advantage of services that are already available.

Joined-up thinking is more prevalent in the debt advice community.

The Money Advice Trust runs a training module on money and mental health for debt advisers, and there are some specialist debt services for people with mental health problems.

They recognise issues that are specific to mental health, such as people with anxiety who struggle to make calls to creditors or people with agoraphobia who cannot go out for face-to-face meetings with debt advisers.

The help is out there, but Mackenzie stressed it needs to be more widespread, and so widely understood that it is always considered as a possible factor when someone seeks debt advice.

Likewise, she flagged that financial companies should also play their part.

"People need tools to help them take control. Financial companies have the ability to offer these tools," commented Mackenzie.

In 2018, Mackenzie worked with financial companies to see whether they can identify warning signs before they manifest as major issues.

Money and mental health: getting therapy on a low income

During this time, she also looked into the role of transaction data, so financial institutions can spot if someone is suddenly shopping a lot at night, or if someone with an immaculate financial record is suddenly struggling.

Mackenzie said she wouldn’t expect banks to get into the business of diagnosing mental illness, but it would provide an opportunity to offer support, and get ahead of the problem.

In the interim, it is up to all of us, as friends and family, to look for the signs and do something about it. This means understanding the link between mental health issues and money troubles and taking it seriously.

“We all have days when we feel a bit low and we struggle to get out of bed,” commented Mackenzie.

“Likewise, I’m sure we have all bought a bar of chocolate to cheer ourselves up when we feel a bit down – it’s a reality of everyday life, so you can see how problems become trivialised.

“People think that someone with depression who struggles to get out of bed for days on end, and compulsively spends online is ‘like them but more so’, so they don’t realise they need help.”

It’s a difficult discussion for anyone to raise; after all, it means tackling not one taboo, but two of them at the same time.

But you cannot afford to wait for the sufferer to ask for help.

As one respondent to the ‘Seeing Through the Fog’ report said: “You don’t want to phone anyone to discuss the problem as you feel like a failure.”

It means choosing the right time, asking the right questions, and making it clear this isn’t a discussion about failure and blame, but one of support and understanding.

It’s not easy, but the rewards for tackling such a difficult issue make it worth every effort.

Mackenzie flagged by encouraging people to accept their mental health challenges and get help with their money worries, you can help turn a vicious circle of debt and depression into a virtuous one.

That, in turn, may dramatically improve their chances of better managing their money and mental health in the long term.