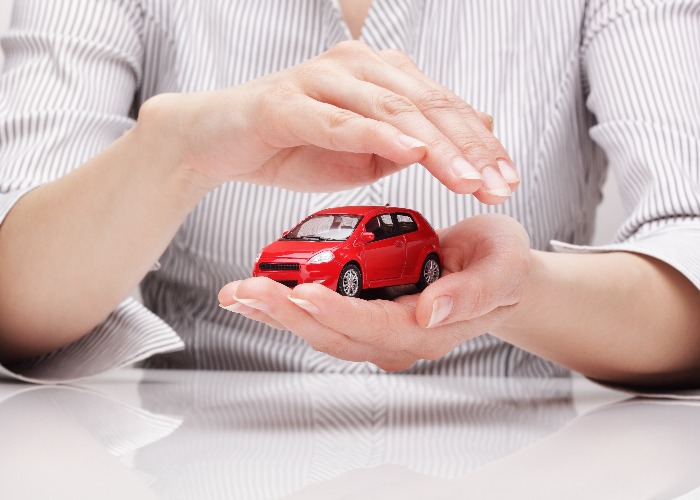 It's claimed drivers will save £35 each as a result of the changes.

Drivers are set to see their car insurance premiums drop by an average of £35 a year.

That’s according to the Government, anyway, off the back of new rules which come into force this week which cover the handling of whiplash claims by those who have been involved in an accident.

A host of new measures are now live, and the Government reckons they will have big implications for drivers. Let’s run through them.

First off a new ‘digital portal’ has been launched for low-value claims, defined as those where the injury incurred through the car accident is valued at less than £5,000.

The idea is that this portal means you can settle your own claim, without needing to get lawyers involved, which inevitably makes the process more costly. The Department of Justice reckons that the majority of road traffic accident claims will go through this portal in future.

Alongside this, the small claims track limit for road traffic accident-related personal injury claims is jumping from £1,000 to £5,000.

The idea here is that the majority of these claims will now go through the cheaper small claims track, where legal costs are not recoverable.

With whiplash injuries, a new fixed tariff of compensation is being introduced.

This will determine how much the injured party can claim, based on how long they have been impacted up to a maximum of two years.

Essentially this new tariff gives people proper guidance on what their injury might be worth if they went forward with a claim.

Finally, there will now be a ban on the practice of seeking or offering to settle whiplash claims without first obtaining medical evidence.

What difference will the changes make?

There is a pretty unpleasant culture that has sprung up around car accidents, and the potential to possibly make a few quid out of it.

At the most extreme end, we’ve seen the growth of ‘cash for crash’ scammers where crooks essentially stage accidents in the hopes of then cashing in through iffy insurance claims.

Back in May, the Insurance Fraud Bureau announced that around 170,000 insurance claims made over the previous 15 months were thought to be part of 'cash for crash' scams.

Even looking beyond the outright criminal acts, there are some decidedly unsavoury tactics being employed, with claims management firms wasting no time in contacting you if you’ve been involved in an accident to test the waters for an injury claim.

My family has been on the receiving end of this, as I’ve written about before for loveMONEY.

And that has led to a bit of a ‘have a go’ mentality about car incidents. If you happen to have been shunted, you might as well put in a claim, see if you can get a few quid from it even if you’re absolutely fine afterwards.

The idea is that this is basically a victimless crime.

It’s only the insurers who end up out of pocket, and let’s be honest, few of us would shed any tears if insurer profits took a bit of a hit and we were the beneficiaries.

The trouble is that that isn’t how it works. Vast numbers of whiplash claims are made every year ‒ there were more than 550,000 in 2019/20 alone, according to the Department of Justice.

And because of that volume of claims, insurers levy higher car insurance premiums. So rather than being a victimless crime, shady whiplash claims essentially make all of us victims, as we all end up paying more for our car cover.

That’s not to say that all whiplash claims are fraudulent of course.

There are all too many people who suffer genuine injuries, which damage their standard of life for prolonged periods.

But it’s precisely because of the number of dodgy claims that those who are legitimately injured end up feeling stigmatised.

Will my insurance really get cheaper?

According to the Government’s calculations, these changes should lead to savings of around £1.2 billion, which works out at around £35 per driver.

It would be easy to be a little cynical about whether drivers will actually see any of that, but as an industry, insurers have pledged to pass on those savings in full to drivers.

As Steve Gooding, director of the RAC Foundation, put it: “This new system should mean legitimate cases are easier and quicker to deal with, fraudulent claims are more likely to fail and all drivers benefit from decreases in their insurance premiums.”

On the topic of insurance costs, there's been a separate development that could see some motorists' premiums fall even further  – but others will end up paying more as a result.

The Financial Conduct Authority has announced a long-awaited clampdown on the 'loyalty penalty', which sees insurers gradually hike premiums for customers who simply renew their policy while offering cheaper policies to new customers.

From January car (and home) insurers will have to offer the same price to new and existing customers. Most likely, the result is that insurers will end up offering prices somewhere in the middle of these two extremes.

So motorists who've never shopped around in the past will see their premiums suddenly fall, but those who shop around for a better deal each year will end up paying more.