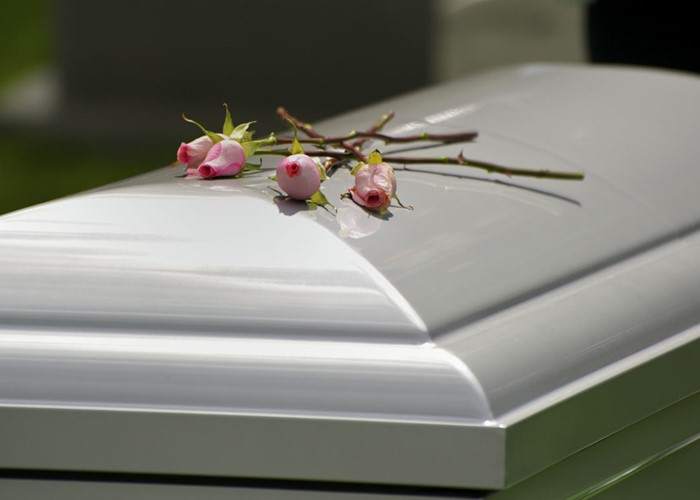 The cost of a funeral has jumped past £7,000 as a result of soaring council costs.

The GMB trade union has published a damning report into the cost of being buried or cremated in the UK. The union argues that, thanks to their soaring charges, local councils are 'making a killing' out of British bereavement.

Somewhat predictably, the most expensive places to be cremated in the UK are all in London. Here's a list of the 20 councils with the highest cremation charges, including cremation, interment of ashes and Exclusive Burial Rights (EBR):

(d) Eltham Crematorium is governed by a joint committee from Bexley, Greenwich and Dartford councils; the main administration is run by Greenwich Council.

By a long way, the most expensive place to be cremated is the City of London, whose council charges £3,464 for a single funeral. This is £1,114 more than the £2,350 charge levied by fellow London council Wandsworth. Croydon at £2,265 and Lambeth at £2,132 complete the top four spots for the capital.

The first non-London council to make this list is Stoke, which takes fifth place with cremation charges totalling £2,045. In sixth place, Manchester (£2,012) is the only other council to charge more than £2,000 for cremation.

In fact, being cremated in the City of London will cost you more than twice as much as going up in smoke in Surrey's Kingston upon Thames, which charges a mere £1,635 for cremation.

Bad news if you fancy being buried: going into the ground costs considerably more than going up the crematorium's chimney. These 20 councils levy the highest burial fees in the UK:

Sixteen of these top 20 are London councils, with the four remaining entries being Spelthorne (Surrey), Rushmoor (Hampshire), Southend-on-Sea (Essex) and Exeter (Devon). In fact, London boroughs take the first 11 places, before Spelthorne in Surrey creeps into 12th place.

Dying to make a profit

Clearly, the lack of space in England's crowded capital has pushed up the cost of burial plots alongside property prices.

At last week's GMB Congress, General Secretary Paul Kenny, said: "When council charges are included, the average funeral costs are £3,284, and total costs average over £7,000, according to some surveys. Someone is making a lot of money out of people's bereavement."

The other major study in this area is the annual Sun Life Direct "Cost of Dying Survey".

In its 2012 report, Sun Life calculates that average funeral costs come to £3,284. If all services are included (such as funeral director’s costs, doctor’s fees for certifying death, flowers, hearses and catering for the wake/reception), then this total leaps to an average of £7,114.

Having never had to organise the funeral of a close relative or friend, these sky-high costs came as a surprise to me. What's more, they starkly illustrate how much families and individuals need to set aside to be sent off in style -- rather than be consigned a pauper's burial at the state's expense.

Dying is becoming an ever-more expensive business. So, do find out burial and cremation costs in your area by checking the GMB's list of charges at 406 local councils.

What do you think? Should local councils benefit financially from bereavement? Please let us know in the comments box below!

The best way to pay for your own funeral

What happens to your money after you die?

How to make a Will