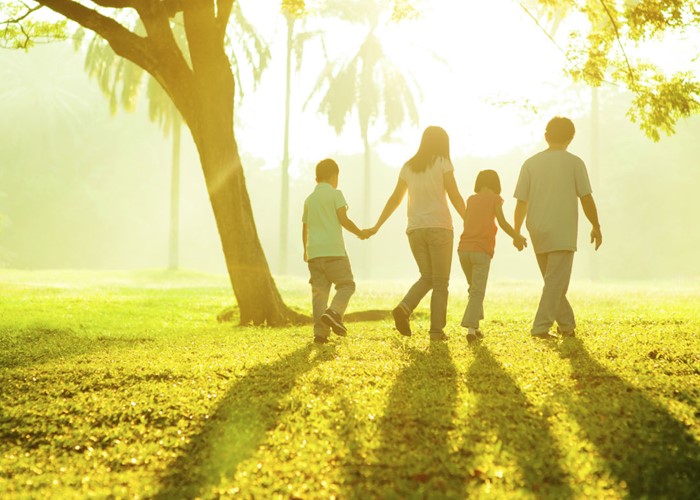 St Bees in Cumbria has come out top in new research into the best location to bring up a family.

St Bees in Cumbria is the best place to bring up a family in England and Wales, according to the latest Family Hotspots research from Family Investments.

The annual report analyses all 2,400 postcodes in England and Wales using 71 different factors to determine the best locations for families. Scotland and Northern Ireland aren’t included in the study as they do not collect or report data in the same way.

Why St Bees is best for families

St Bees is a newcomer to the top 20, but has taken pole position thanks to its low crime rates, affordable house prices and its exceptional exam results.

The area, which has the postcode CA27, is a tiny coastal village 50 miles south of the Scottish border with a population of just 1,800.

It’s been a popular holiday destination for over 150 years and according to the report has a thriving community spirit. Unique local traditions include the annual Pram Race and the Tractor Trundle.

The area is known for its Norman Priory dating from 1200 and its 430-year old St Bees Independent Boarding School, which counts Rowan Atkinson as a former pupil.

Other towns in Cumbria that made the top 20 include Moor Row (6th) and Dalton-in-Furness (12th).

The top 20 places for families to live

Below are the top 20 family friendly hotspots for England and Wales according to the findings of the Family Investments research.

Four key categories are summarised here, but in total 71 were used to compile the results. The overall score is out of a maximum of 30.

*Overall scores are shown to two decimal places, which is why some postcodes appear equal on this measure.

N.B. Scotland and Northern Ireland aren’t included as they do not collect or report data in the same way.

The second best place for families to live was Wokingham in Berkshire.

But rising house prices kept it off the top spot - an average two-bedroom property now costs £254,000, making the area the second most expensive in the top 20 after Long Crendon in Buckinghamshire, where prices average £278,000.

Two other Berkshire locations feature within the top 20 Family Hotspots - Crowthorne in 14th and Woodley in 20th.

Half of the top 20 areas were located in the North of England, a 15% rise compared to last year, which the report attributes to rising house prices in the South at a time of low increases in average salaries.

Swanland in East Yorkshire was the second highest ranking northern area after St Bees in Cumbria, with 80% of local children achieving A*-C grades at GCSE and nearly 43% of childcare ranked outstanding by Ofsted.

Plymouth was found to be the best city for families, Bexley (DA5) was the top area in Greater London and Swanland in Hull (HU14) was the top commuter location.

Find out about your area

If you’re looking to move to a new area and raise a family, this research could help you make up your mind on where to settle down.

If the area you have in mind didn’t make the top 20 you can still check how it stacks up using the Family Friendly Hotspots online tool.

Do you agree with the results of the research? Where is the best place to live in the UK based on your experiences?

The UK’s most desirable postcodes