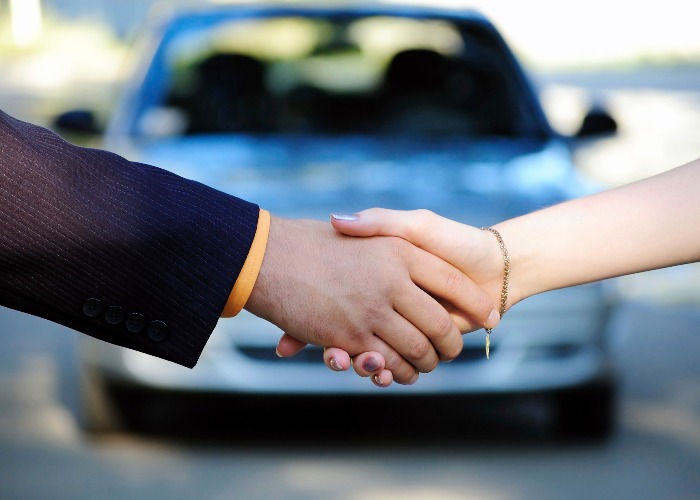 Attention to detail can make a big difference to the amount you raise when selling your car, according to motoring to Motorway.

When the time comes to purchase a new car, budget is obviously one of the biggest deciding factors.

However, the money that you can devote towards that motor is not just down to how much you have saved, or what you’re comfortably borrowing.

It’s also influenced significantly by how much you can fetch for your current set of wheels.

As a result, making sure that you get the best possible price when selling a car is extremely important, yet new research suggests that far too many of us are making simple mistakes which mean we end up accepting a substandard price.

The study from online used-car marketplace Motorway suggests that around 43% of us are missing out on getting the best possible price when selling our wheels.

And it really seems to come down to overlooking some of the details that ultimately play a part in what a car is worth.

For example, the research found that more than one in three (37%) people fail to change their tyres before looking to flog their motor.

Now obviously, if you’ve only recently got new tyres then splashing out for another new set isn’t necessary.

But whether you’re selling to a dealer or a fellow motorist, the condition of the tyres is always going to play a part in what they are willing to offer. Having a fresh set of tyres on there means you’ll attract more interest, and with it a better price.

The same proportion of drivers (37%) did not get new floor mats for their vehicle, while more than one in five (22%) said they don’t bother to clean their car’s interior before selling. A staggering one in 10 (11%) don’t even wipe down stains before trying to sell.

This is pretty incredible really. If you’re trying to sell something, you should want to present it in the best possible light. If you’re selling your house, then you’d at least do a little tidying up before taking the photos for the listing or taking someone round.

It’s the same story when selling a car. If a potential buyer sees some empty crisp packets in the footwell, or a mysterious stain, then it’s going to bring up all sorts of questions about how well you care for the car generally.

In that context, of course, they aren’t going to pay top dollar.

An eye for detail

There’s a similar theme to the other mistakes identified by the Motorway study. Significant numbers of us don’t clean the tyres (28%), change the oil (35%), fixing damage to the bodywork (32%) or polishing the vehicle (32%).

Across the board, an awful lot of drivers are overlooking the little details when selling a car. And while they may seem small blemishes, they can make a material difference to the price you’ll fetch for your car.

For example, if you’re selling a car and don’t fix a dent, then the potential buyer may factor that in when determining what they are willing to pay, particularly if they are then going to foot the bill to have that blemish repaired themselves.

That’s why it’s a good idea to take a step back and try to look at your car with fresh eyes when selling. That may help you spot some of those little imperfections which you might not necessarily notice, but which may impact your chances not only of selling but of fetching the best possible price.

Here are the 10 simple steps suggested by Motorway for drivers looking to sell for as much as possible, but which are often neglected:

Of course, there are an awful lot of other factors that go into determining how much you get for your car, not least the sales route you’re opting for.

If you want to get the absolute highest amount possible, then you’re always better off trying to sell direct to another motorist.

However, there’s no avoiding the fact that this does involve a lot of work, from designing the listing to negotiating a price and handling viewings.

If you’ve already spotted the car you want to buy, then you could part exchange it, though it can be difficult to get much from this option since the dealer knows you’re already committed to that new set of wheels.

The third option is to make use of a car selling platform. These connect you with dealers, and essentially handle a bidding war on your behalf.

You might not get the highest possible price, but you’ll at least get a decent amount and for less effort than selling directly.

For more, check out our comprehensive guide to selling your car.