Over the past month, my family have stopped using the dishwasher and started washing up again.

Based on our smart meter readings, we estimate this is saving us 50p a day even if we are using more water.

Over the course of a year, this really adds up. Even if we still use the dishwasher once a week for a big Sunday lunch, we will be saving £150 a year, around 6% of our energy bill.

But are there other ways we could be saving money by using low-cost gadgets?

Changing the light bulbs in your home to LED bulbs can make a big dent in your energy bill in the long term. These cost around £2.50 each and can be bought from reputable companies like Screwfix.

"These save up to 80% energy and can last for up to 15,000 hours,” said Deepak Tailor, founder of LatestFreeStuff.co.uk.

“If the average household replaced all of their bulbs with LEDs, they would save about £40 a year on energy bills.”

According to Which?, a traditional bulb costs roughly £8.42 a year to run, whereas an LED bulb only costs £1.71, saving householders more than £180 over their lifetime.

Repair or replace: how to extend the life of your appliances

There are various showerheads on the market costing as little as £25 which claim to use and heat 60% less water than standard showerheads.

Users simply push a button which reduces the water usage by controlling the flow and spray pattern.

While these can be a good solution for a mixer or power shower, they may not be appropriate for an electric shower which is already water efficient.

Also restricting water flow in an electric shower can lead to water building up in the heater tank, which could potentially cause the shower to overheat.

It can also be difficult to replace a large, fixed shower head with an eco-friendlier version.

As an alternative Which? recommends asking your water company if they supply any free water-saving gadgets.

For example, you might be able to get a shower flow regulator that screws into the bottom of your shower hose or a waterproof egg timer that sticks to your shower wall via a suction cup.

The simplest way to save water and electricity in the shower is to have a shorter shower.

"Spending just four minutes in the shower could save a typical home £65 a year on their energy bills," advised Ben Price, a spokesman at Heatable.

Can descaling your kettle save you money?

A cheap and simple way to save a few pennies is to make sure you regularly descale your kettle.

Limescale slows down the efficiency and boiling time of kettles meaning they take longer and use more energy to boil water.

A product like Oust All Purpose Descaler can be used every three months in hard water areas and, six months in soft water regions.

Sadly, this is unlikely to save huge amounts of money as this test found out but as fuel costs continue to rocket every penny counts.

A more expensive alternative is to install a water conditioner if you live in a hard water area. This will treat all the water in your home reducing limescale build-up in pipes and appliances, allowing them to run more efficiently.

While this will cost around £770 for a family of four, a water conditioner can potentially reduce energy consumption by 12% a year. 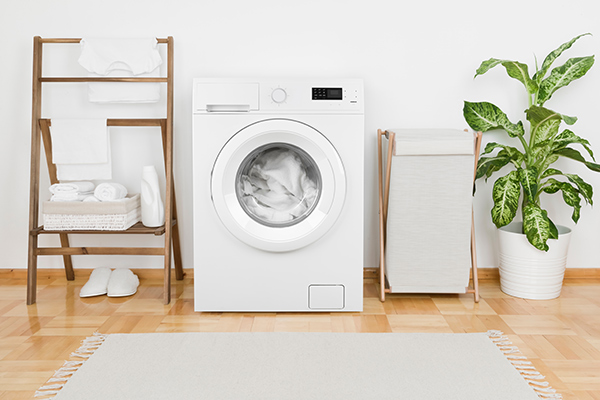 How to cut laundry costs

Using a low-cost product like Colour Catcher (which typically costs £4.50) can help to cut laundry costs as it allows you to mix colours and whites rather than putting on a half load of each.

It costs on average £37.80 to £75.60 a year to do 270 loads of washing depending on the energy efficiency of your machine. When water usage is factored in the average cost rises to almost £137 a year.

So, by reducing the number of washes by using Colour Catcher, which covers 60 washes, you could save a reasonable amount.

Or you could do what I do and mix whites and colours together on a 30 or 40 degree full wash saving further energy. Or you could go one step further and switch to a 20-degree wash, which can save 62% of energy, according to Which?.

When it comes to drying clothes, gadgets like the ecoegg claim to reduce drying time by up to 28% by separating your clothes and allowing more air to circulate.

Tumbler dryers are one of the more expensive appliances to run costing roughly £40 a year on average if used just once a week.

Another option as we enter the warmer months is to simply put your clothes on the washing line.

Installing the right heating controls is the best way to heat your home to a comfortable temperature while saving up to £75 a year.

A smart thermostat can help control and monitor energy use particularly if you take advantage of zonal heating.

"The Nest thermostat has features such as geofencing, ensuring your heating is only ever on when you're at home, and turns off in your absence, helping to prevent energy wastage and rocketing bills," said Price at Heatable.

Smart thermostats, which cost from around £60 to £250, are best used in conjunction with thermostatic radiator valves, which cost around £28 for a pair.

“If you really want to take control of your heating to stay comfortable while cutting your bills, you’ll also want programmable thermostatic valves on your radiators,” commented Brian Horne, senior insight and analytics consultant of the Energy Saving Trust.

“These control the temperature separately in each room and because they’re programmable, you can set them to turn up and down at different times in different rooms."

Another tip is to install Radflek Radiator reflector sheets which cost around £22 for three, to prevent energy from being lost out of the back of radiators.

Do smart meters save money?

Simple solutions to save money

There are many energy-saving gadgets on the market, but the cheapest method may just be to consume less.

By getting a free smart meter fitted you can see what costs the most and adapt your behaviour accordingly.

For example, you could watch less television, don't use the tumble dryer in the summer, and have a quick shower.

Online energy calculators like Sust It can be useful for gauging how much energy appliances use. And if you do spend money on a device, then it’s worth choosing something that controls multiple appliances.

“One of the simplest actions you can take is to turn devices such as TVs, computers and games consoles off standby mode,” advised Horne.

“You can make this simpler still by investing in a standby saver or a smart plug which allows you to turn all your appliances off standby in one go."