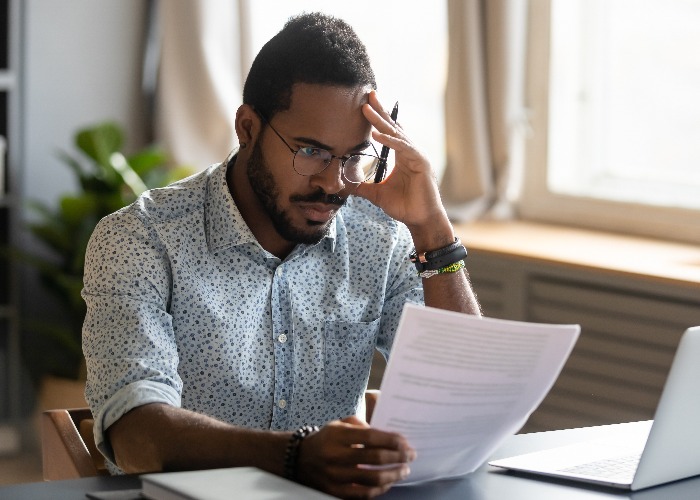 If you're caught out by a conman, then the impact doesn't end with the money that's been stolen.

Most of us have been on the end of an attempted scam at some point this year.

Research by Citizens Advice over the first six months of the year found that an enormous 36 million of us had been targeted by scammers at some point since January, and that figure will have only risen since then.

And while most scam efforts are thankfully unsuccessful, there will inevitably be occasions when the fraudster manages to dupe someone into handing over their cash or personal details.

What’s more, the impact of that scam can have far greater long term effects than simply the money lost through that first con.

Fallen victim to a bank scam? Here's how to get your money back

Consumer champions Which? have carried out a study into the impacts of scams on victims, with consultancy Simetrica-Jacobs, which consisted of analysing thousands of responses to the Office for National Statistics crime survey for England and Wales.

The results were then put through a model, which has been approved by the Treasury, which meant they could track value changes in well-being in monetary terms.

In other words, how much is the impact of falling victim to fraud going to cost you, beyond the headline sum that you are conned out of?

The study found that scam victims suffer from a drop in life satisfaction, but are then also more likely to have higher levels of anxiety and lower levels of happiness. Scam victims were also likely to self-report worse general health, albeit the difference with non-victims is quite small.

The calculations suggested that the average drop in well-being for fraud victims comes to around £2,509 per year, rising to £3,684 for those who fall prey to online frauds.

This is all the more extraordinary when you consider that Which? reckons that the average financial amount lost to a fraud case comes to £600.

Make no mistake, that’s still a significant amount of money for most of us, and in some cases, even greater sums have been lost.

That can have the very tangible impact of changing someone’s standard of life, for example denting their plans for retirement.

However, the effects of these frauds can stretch beyond the initial financial hurt caused.

It’s not exactly uncommon to be caught out by a scammer, given the sharp numbers of scams taking place each year.

And yet the fact that you have been conned can have long-lasting and far-reaching impacts, beyond the money lost.

A study by the Money and Mental Health Policy Institute last year suggested that 40% of online scam victims have felt stressed as a result, with embarrassment and shame a common response.

The pollsters at YouGov conducted research with the victims of scams in the summer, and embarrassment was a big factor.

Lou, a 30-year-old mother of two, thought she was buying an indoor slide for her children, but in the end only received a packet of stickers. She lost around £50, but it was the emotional impact that was the biggest.

She said: “I felt quite down about it for a long time. I was embarrassed. I'd told my mum what a great Christmas present I had for the kids and I was so excited.

So when she was asking me: "has it arrived yet" and "what is it like", I didn't dare tell her I was stupid, had been scammed and it wasn't coming.”

A host of those who spoke to YouGov said that they had felt too embarrassed to tell anyone about their experience or ask for help, which only made the impact more emotionally testing.

Inevitably being caught out by a fraudster will have a knock-on effect on the victim’s behaviour, but not always in a positive way.

The Money and Mental Health Policy Institute research found that people who have been scammed online may see their confidence in using the internet reduced, becoming preoccupied with staying safe when online.

This can impact the victim’s finances, for example by putting them off the savings they could make by shopping with an online retailer. Similarly, they could miss out on the chance to earn cashback when shopping on the internet.

This may mean missing out on savings, for example by ignoring online retailers or forgoing the chance to earn cashback when shopping on the internet.

There have also been studies which have highlighted the fact that people who have been caught out by one scam are then actually more susceptible to being conned a second time, which only leads to more substantial losses and a greater sense of guilt and embarrassment.

Another big factor in the ongoing results of being caught out by a scam is how the victim is treated by their bank when they report the incident.

We’ve written before about the criticism banks have had for their approach, which borders on victim-blaming.

There is also a staggering lack of transparency about how often scam victims are actually provided with a refund, given that banks drew up their own code over handling these refunds.

The YouGov report found instances where scam victims now struggle to trust their banks as a result of their scam experience.

One person said: “They made me feel like it was my fault when I explained what happened and that I was a victim of a fraud. The bank was useless.

"I had to chase and chase. It impacted the trust I have in the banks. I felt that if I hadn't been persistent it would have been left as it was. I felt they didn't care.”

What’s clear is that the scam itself can act like a stone dropped into water, with a ripple effect that can impact all sorts of other areas of our lives, potentially hurting our finances in other ways beyond the financial results of the scam itself.

Have you been tricked into sending money to someone? Here's how to get your money back from your bank.