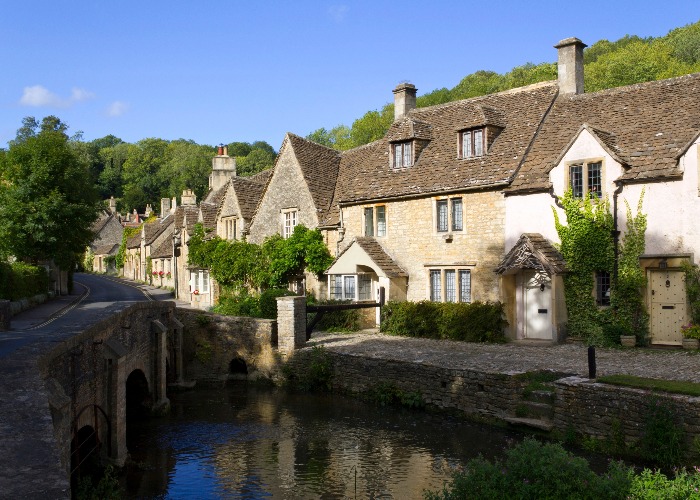 For quality of life, you can't beat these 50 rural locations!

Which are the best rural areas to live? Halifax may have the answer, since it has been doing some digging into our quality of life in Great Britain.

It examined 119 Local Authority Districts to find the 50 rural locations where living standards are highest.

To find these 50 'rural hotspots', Halifax ranked local performance based on 17 key factors, covering the labour market, the housing market, the environment, education and health.

Rutland has taken top spot from last year's leader Uttlesford, which drops down to third place this year.

However, these perks come at a price. The cost of living in Rutland is higher than many other parts of Britain. The average house price is 6.7 times the average pre-tax local income, compared to the national average of 6.2%.

Chiltern has climbed six places to reach second place, up from eighth place in 2014. The average life expectancy there is 82.2 years with 97% of residents saying they’re in good health. The Buckinghamshire-based district has an 80% employment rate with those in work typically enjoying average weekly earnings of £941, the highest among rural areas in the survey. It starts from a younger age with 85% of 15+ year olds achieving five or more GCSE results at grades A-C.

There were several significant climbers in this year’s survey, most notably Huntingdonshire, rising thirty six places to ninth. South Oxfordshire is up 19 places to 10th, Babergh in South Suffolk going from 42nd to 11th and West Oxfordshire shooting up 27 places to 13th.

These changes can be put down to improved personal wellbeing of adults; they’re now more satisfied, happier and less anxious about their lives.

The list is dominated by areas in southern England, with 14 districts located in the South East, followed by the East of England which has 10 of the 50 spots. Southern areas tend to get higher ratings for weekly earnings, the weather, health and life expectancy.

These were the stand-out performers in some of the main categories:

Average earnings: The highest average weekly earnings can be found in Chiltern at £941 a week, followed by Waverley at £903 a week and South Oxfordshire at £845 a week. The national average is £623 a week.

Most affordable: The lowest average house price to earnings ratio is in Copeland and East Ayrshire (both 3:8) and East Riding of Yorkshire (5:2). The national average is currently 6:2.

Lowest burglary rate: There is only one burglary per 10,000 people in the Orkney Islands followed by 5.4 in the Western Isles and 7.3 in North Norfolk.

Life expectancy for males at birth is highest in South Cambridgeshire at 83 years, almost four years above the British average of 79.3 years.

Lowest rainfall: The lowest average annual rainfall is in Maldon, Essex at 561 mm. Eight of the ten driest districts in Britain are in the East of England, with the national average sitting at 878.8 mm.

Sun: Lucky residents in the Isle of Wight have the most sunshine; an average of 36.9 hours a week in fact. The national average is 29.5 hours.

Best GCSE results: In North Lincolnshire, 89.4% of pupils earn five or more GCSE grades A-C, closely followed by Denbighshire in Wales at 88.8%. These are both well above the UK average of 82.4%

The top 50 rural areas to live

And here it is, the top 50 rural local district authorities to live, as ranked by Halifax:

Best rural area in your region

Make more money from your home!

8 things that will turn people off buying your house

Property hotspots of the next decade