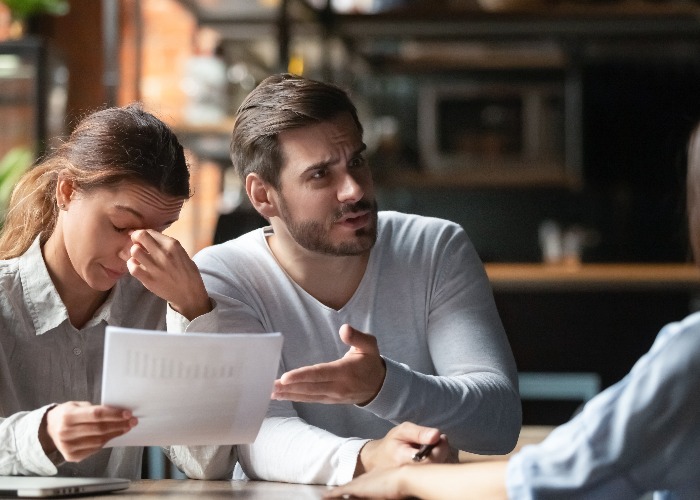 A new study has revealed the mortgage lenders that attract the most vitriol from their customers.

For the vast majority of homeowners, a mortgage is a necessity.

Buying a property of any kind is expensive, and most of us don’t have hundreds of thousands of pounds down the back of the sofa to turn to for our house buying needs.

A mortgage is the biggest loan you’re likely to ever take out, so it’s important to get it right.

That doesn’t just mean researching the cheapest deals though, but also getting an idea of what the lender is like.

After all, the speed of sorting out your loan and the customer service levels on offer can vary significantly from lender to lender.

But how do you go about finding out which lenders you can trust and which are likely to leave you furious?

A good place to start is the annual survey carried out by consumer champions Which?, where thousands of borrowers are polled on their experiences.

Lenders are reviewed based on a range of categories, including how well they keep customers informed, the clarity of their mortgage statements, the transparency of charges and penalties, how they deal with queries and complaints, the flexibility of payments, online access and value for money.

In order to stand out from the crowd, you need to combine both quality customer service and consistently competitive mortgage rates.

Let’s take a look at the lenders who topped the tables, and how they performed in some of the various categories.

Just to quickly explain those blank scores, that’s where Which? didn’t have a large enough sample size to justify a score.

It immediately jumps out to me that half of the top performers here are building societies, with Coventry leading the way with a score of 81%.

However, it didn’t achieve ‘recommended provider’ status with Which? (unlike First Direct and Nationwide) as the consumer champion felt it didn’t offer enough market-leading deals.

All of these lenders however performed consistently impressively across all of the main categories, demonstrating that if you take out a home loan with them you’ll probably be left feeling satisfied.

At the other end of the scale, just two lenders managed to score below 70% in the study.

As you can see, even the worst lenders actually do ok in certain respects. Accord for example manages a perfect score on value for money, while both lenders score well on the clarity of their mortgage statements.

That’s a relatively positive sign that even among these big lenders, the ones that lag behind are at least not a complete disaster.

Indeed, nearly nine out of 10 (87%) of respondents told Which? that they were satisfied with their mortgage lender, though around one in four said they had had an issue at some point.

These were most commonly poor customer service, a lack of flexibility overpayments, and poor interest rates.

Of course, it’s also worth remembering that given the way Which? goes about this study, there are huge numbers of lenders who don’t end up making it onto the tables at all, simply because Which? cannot speak to enough of their lenders.

These could be the smaller building societies or the specialist lenders who are not exactly household names but who can prove particularly useful if your circumstances are a little more complicated, for example, if you’re self-employed or have a more patchy credit record.

It’s still important to do your research on these lenders before you commit though.

If you’re using a mortgage broker, then they should be able to give you a steer on what to expect, particularly if you’re using a lender who only offers their deals through brokers rather than to borrowers directly.

Don’t stand for it

And of course, if your mortgage lender mucks you about in some way, then it’s really a good idea to let them know that you aren’t happy about it.

Allowing the lender to get away with some poor customer service means they will only continue to do so in the future.

Make a stand and you’ll push them to raise their standards.