Valuable DVDs and Blu-Rays you might have at home

Do you have any of these DVDs or Blu-rays? 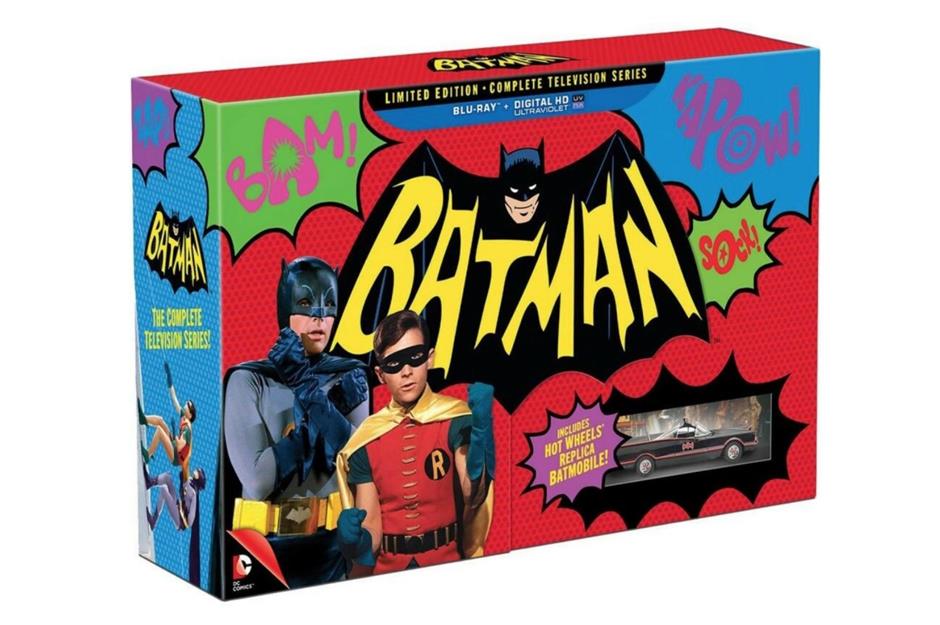 In the age of Netflix and Amazon Prime, your DVD and Blu-ray collection may appear to be nothing more than a relic of a not-so-distant past. But some of the films and TV shows in your collection can prove surprisingly valuable. From Cliff Richard's take on Wuthering Heights, to 60s TV dramas and Harry Potter box sets, here's how much some are selling for. 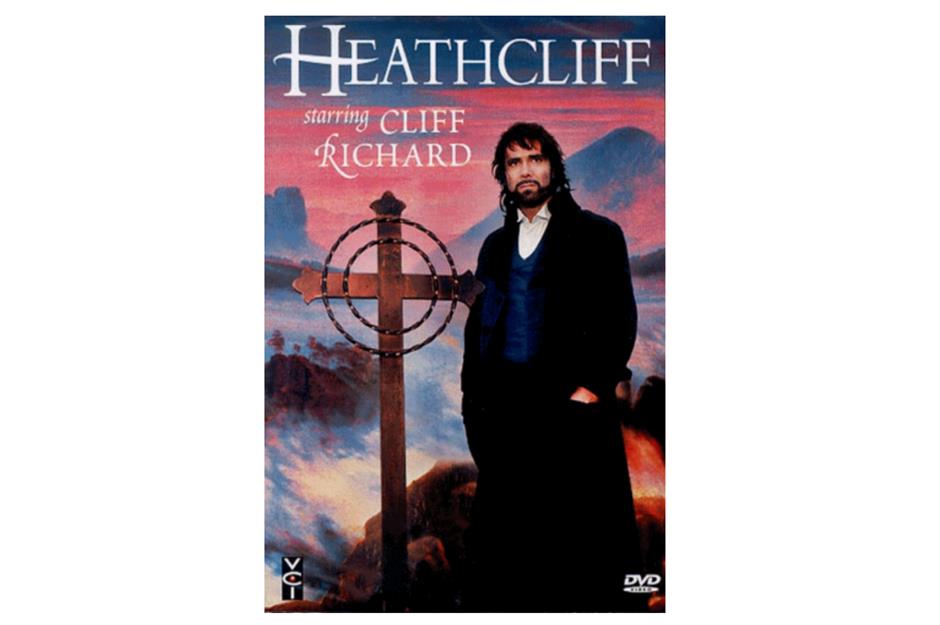 British pop singer Sir Cliff Richard played the eponymous lead in his own musical version of Emily Brontë's Wuthering Heights back in the 90s. The stage version, which centres on the title character and was applauded by Richard fans but less welcomed by Brontë-ites, was then filmed and released on DVD at a list price of $25 (£20). Rare copies are currently being sold on eBay for up to $50 (£40).

The supernatural horror comedy film series The Evil Dead was a hit during the late 70s and 80s, and got a reboot with a fourth film in 2013. If you've got a 2004 copy of The Evil Dead Trilogy DVD Box Set (RRP $29/£23), featuring the first three movies along with bonus content such as audio commentary from writer and director Sam Raimi, it's currently selling on Amazon for $89 (£70). 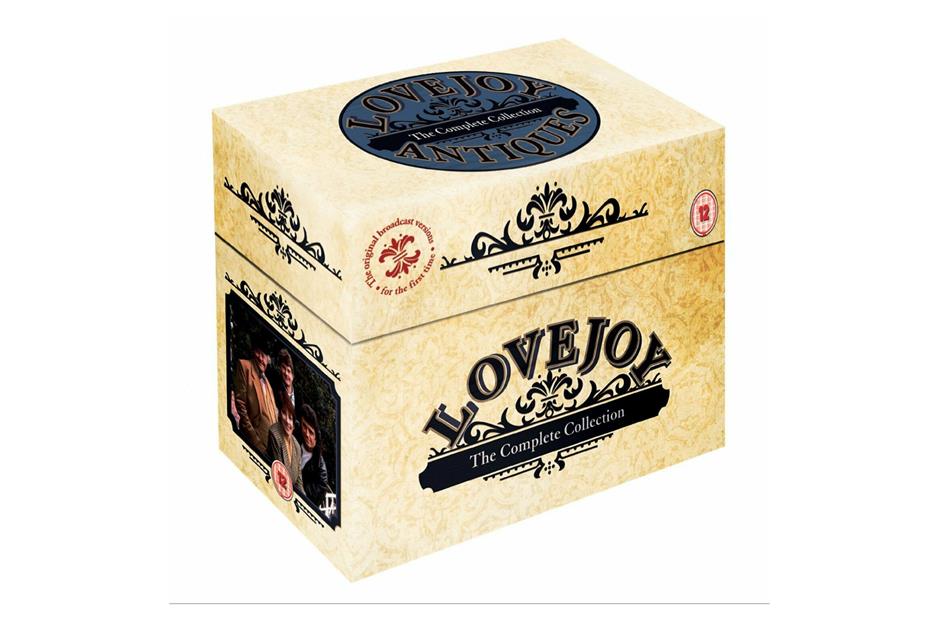 Lovejoy was a BBC comedy drama originally broadcast during the 80s and 90s that centred around an antiques dealer played by Ian McShane. About 15 million viewers regularly tuned in to follow the antics of the loveable scoundrel and all episodes were released as Lovejoy: The Complete Collection DVD Box Set in 2011 at a list price of $50 (£40). It is currently available on eBay for $89 (£70).

Rags-to-riches tale Scarface starring Al Pacino and Michelle Pfeiffer made $44 million at the box office when it was released in 1983, despite concerns over the amount of violence. The 2011 Scarface Limited Edition Blu-ray Box Set (RRP $75/£60) featured a Tony Montana dollar bill and money clip, among other extras, and is selling for $112 (£88) on Amazon.

The Forsyte Saga followed a nouveau-riche English family and is often cited as being the first TV miniseries. First broadcast by the BBC in 1967, it became a massive hit around the world including, unprecedentedly, in the Soviet Union. The 2004 The Forsyte Saga DVD Box Set (RRP $87/£70) is selling on Amazon for up to $115 (£90).

The hit US sci-fi drama centred around FBI agents Fox Mulder and Dana Scully originally ran for nearly a decade, before being revived again in 2016. This 2012 special edition DVD box set with a list price of $50 (£40) covers the first nine series and two movies. The X Files: Complete Season 1-9 is retailing on Amazon for $127 (£100).

True Blood was a dark fantasy horror series that ran for seven seasons until 2014. Based on The Southern Vampire Mysteries novels, it starred Anna Paquin as a telepathic waitress from Louisiana. DVD versions of the entire series can be picked up for a relatively cheap $60 (£47), but the True Blood: The Complete Series Blu-ray Box Set (RRP $78/£63) is retailing for up to C$170 ($129/ £102) on eBay.

The 60s TV series Lost in Space was a cosmic variation on The Swiss Family Robinson and became something of a pop culture phenomenon. In 2015, Lost In Space: The Complete Adventures Molded Robot Package was released with remastered versions of all 84 episodes and archive footage over 18 Blu-ray discs at a list price of $154 (£124). In case you have a copy going spare, it's now selling on eBay for up to $172 (£140).

The Dark Knight Trilogy – Ultimate Collection Blu-ray Box Set features the three Batman films directed by Christopher Nolan and stars Christian Bale as the eponymous superhero. The 2013 limited edition (RRP $112/£90) also has a 48-page photo book and more than 90 minutes of special features and has been selling on Amazon for $180 (£145). 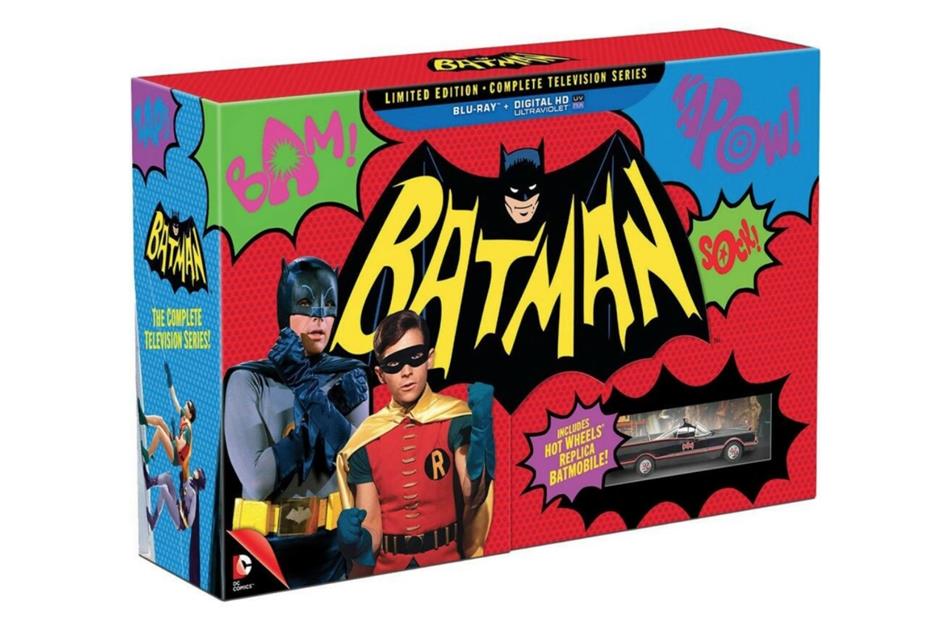 The Batman: The Complete TV Series Blu-ray Box Set was released in 2015 and features all 120 episodes of the 60s US TV series starring Adam West. There are also three hours of added extras and a Hot Wheels replica Batmobile. The limited-edition box set (RRP $81/£65) has been selling on Amazon for as much as $196 (£175). KAPOW!

The 20 most valuable comic books ever sold

The Third Man was a British film noir set and filmed in post-World War II Vienna and is widely considered to be one of the best films ever made. Starring Orson Welles, Joseph Cotten and Trevor Howard, the movie was particularly noted for its black and white cinematography and its theme tune. The Third Man (The Criterion Collection) DVD Box Set (RRP $40/£32) is available on both Amazon and eBay for $318 (£250).

Set in 2035, science fiction action film I, Robot starred Will Smith as a robophobic cop investigating the death of a robotics professor which may have been caused by one of his own creations. If that wasn't scary enough in itself, the I, Robot Deluxe Sonny Head Limited DVD Box Set (pictured, RRP $125/£100) from Japan features a rather terrifying plastic head. An unopened version is currently listed on eBay for a mighty $350 (£275).

The Twilight Zone was one of the most innovative TV series ever made and 2019 marks 60 years since its first broadcast. If you've already forked out for a copy of the The Twilight Zone – Complete Series – 60th Anniversary Edition Blu-ray Box Set (RRP $187/£150) it may be worth holding on to, as it's already going on eBay for $381 (£300).

Younger generations probably best know Dick Van Dyke for his roles in Mary Poppins and Chitty Chitty Bang Bang, but in the 60s he was famed for US TV sitcom The Dick Van Dyke Show. If you're lucky enough to have a copy of the 2012 release of The Dick Van Dyke Show: The Complete Series on Blu-ray (RRP $83/£67), you may want to sell its as it's currently going on eBay for $400 (£311).

Broadcast between 2004 and 2010, it was tricky to explain the plot of the US TV series Lost to the uninitiated. It followed the survivors of a plane crash who were stranded on an island in the Pacific and featured polar bears as well as a nuclear bomb that made people travel through time. If you've given up trying to work out what was going on, the Lost: The Complete Collection Limited Edition Blu-ray Box Set (RRP $280/£225) is selling on Amazon for as much as $387 (£311). While a DVD set of the series with an accompanying Senet Board Game (RRP $271/£218) is currently on sale for $391 (£314).

The Alien Quadrilogy Deluxe Alien Head Limited Edition DVD Box Set (RRP $162/£130) was released to mark the 25th anniversary of the release of Ridley Scott's 1979 science fiction horror film. And it was exactly what it said it was, a series of the DVDs in a large plastic alien head. Film fans can pick up a pre-loved set on eBay for as much as €400 ($454/£358).

The Disney Pixar Ultimate Movie Collection features eight of the studio's movies including the 10th anniversary edition of Toy Story, Monsters, Inc. and Finding Nemo. Released in 2008, the US and Canadian version (RRP $240/£193) has been selling on Amazon for a whopping $600 (£482). Now what would Woody and Buzz say about that...?

The Avengers was a light-hearted spy fiction TV series featuring Patrick Macnee as John Steed and a series of sidekicks, including Diana Rigg as the appropriately-named Emma Peel. The Avengers: The Complete 50th Anniversary Collection DVD Box Set, released in 2011 at a list price of $249 (£200), features 39 discs and is being sold for up to $825 (£650) on Amazon.

The Middle-Earth Collector's Edition Blu-ray Box Set is a dream for JRR Tolkien fans as it features all three Hobbit films and all three Lord of the Rings films over 30 discs. Extra features include artwork and a Hobbit-style wooden shelf to hold the book-like Blu-ray boxes, which is why the list price is $513 (£412). The special edition box set sells for as much as C$1,000 ($760/£599).

Surprisingly valuable video games you might have at home

The Harry Potter Limited Edition Collector Box features all eight Harry Potter films and some collectable cards. All the Blu-ray boxes are neatly stored together in a smart wooden box, complete with wand stand. An Elder wand is also included in the exclusive box set, 300 of which were exclusively sold at London luxury department store Harrods for £199 ($248) in 2011, making it a bargain for true wizardry fans at just shy of $1,230 (£1,000) through Amazon now.

Given the scale of the fanbase, it's perhaps unsurprising that the Harry Potter franchise is behind two of the most valuable sets of DVDs and Blu-rays. The Harry Potter Wizard's Collection features 31 discs, including DVD, Blu-ray and Ultraviolet versions, as well as extended editions of Harry Potter and The Sorcerer's Stone and Harry Potter and the Chamber of Secrets (RRP $324/£260). A copy of it is on sale for a whopping $1,523 (£1,200) on eBay.

We've looked at the DVDs, but what about Valuable movie posters you might have stashed away