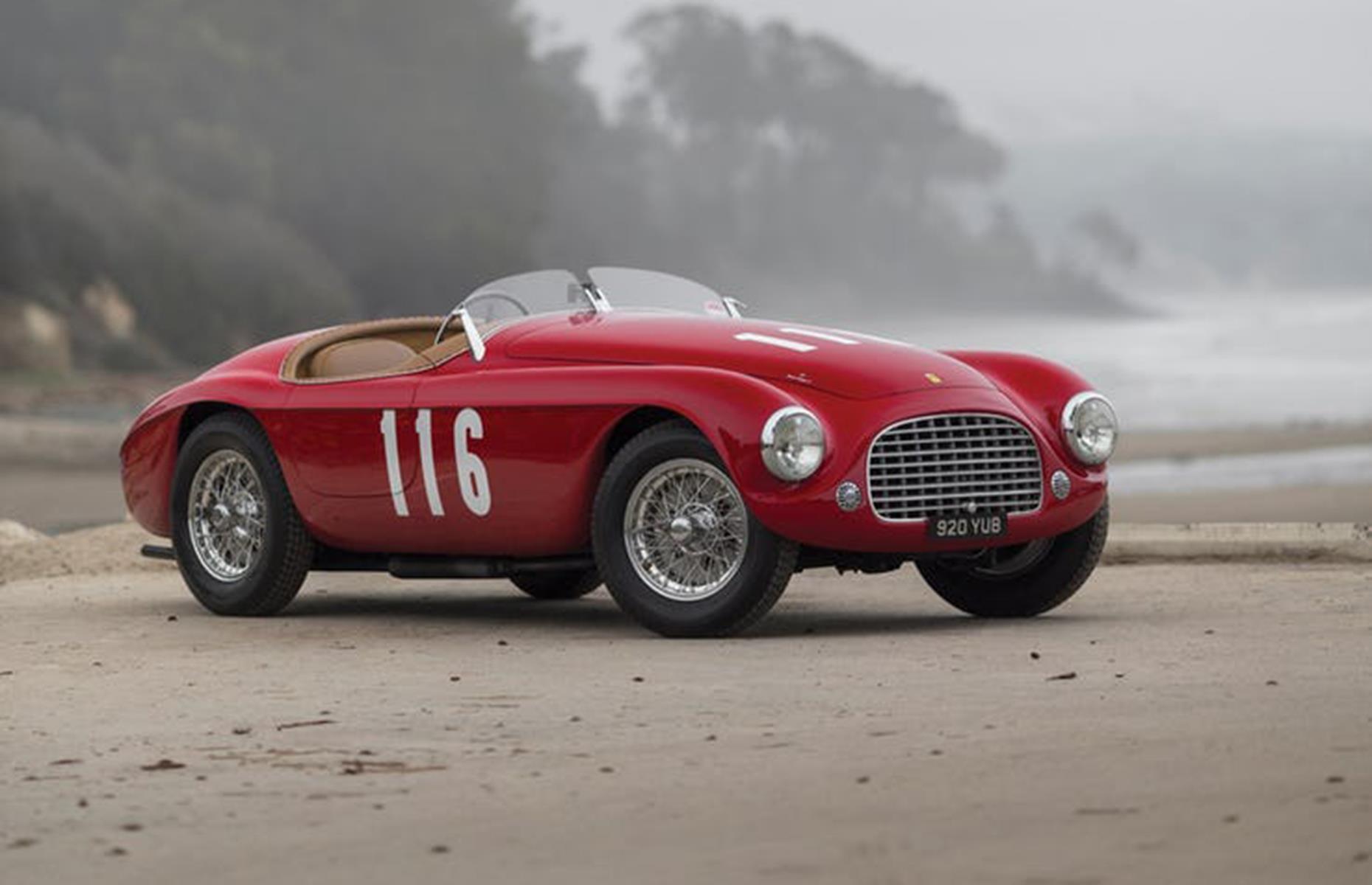 Sometimes the most incredible antiques look rather unremarkable at first glance. In fact, there are even TV shows such as the UK's Salvage Hunters and America's Salvage Dawgs that feature experts who spend their time actively looking for pieces that look like junk to the untrained eye, but can be scrubbed up for a very healthy profit. Read on to see some of the most remarkable – and valuable – items that have been salvaged and restored to their former glory. All dollar values in US dollars. 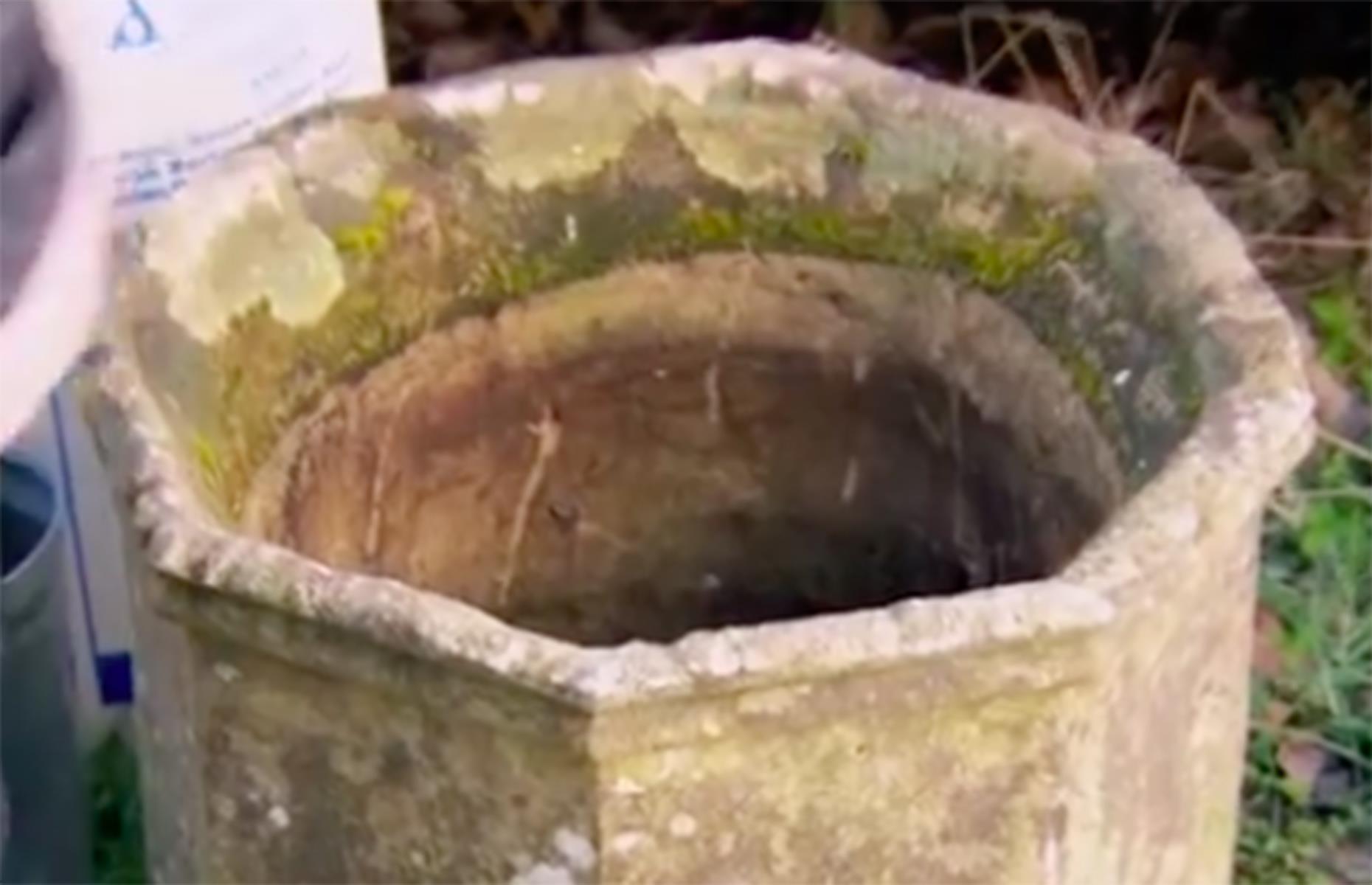 It might not look like much, but this unassuming planter was valued at $500 (£412) when it appeared on UK TV show Salvage Hunters. Bought for $63 (£52) originally, the planter is thought to have been hand-carved from stone in the early 20th century, with a hand-finished interior. 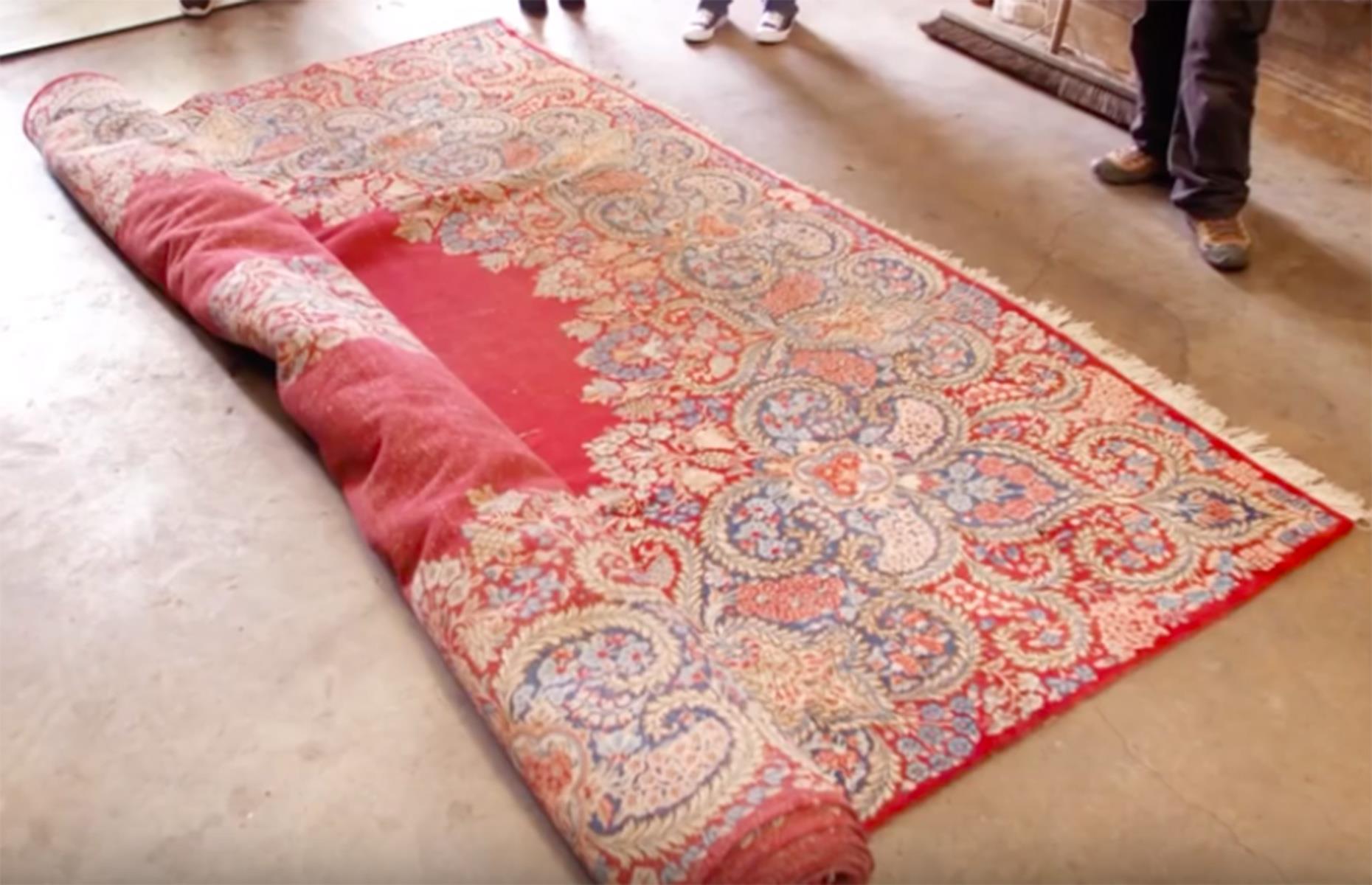 This huge carpet was recovered from a house clearance at a country estate in Frampton, England. Drew Pritchard, presenter of Salvage Hunters, spotted it underneath a pile of furniture in the salvage yard, and after giving it a shake outside and a quick brush, it was found to be in remarkably good condition with its vibrant colours still intact. He valued it at $758 (£625) but his team had sold a very similar item only recently for $1,700 (£1,400), so the $100 (£82) he paid for it was a good price! 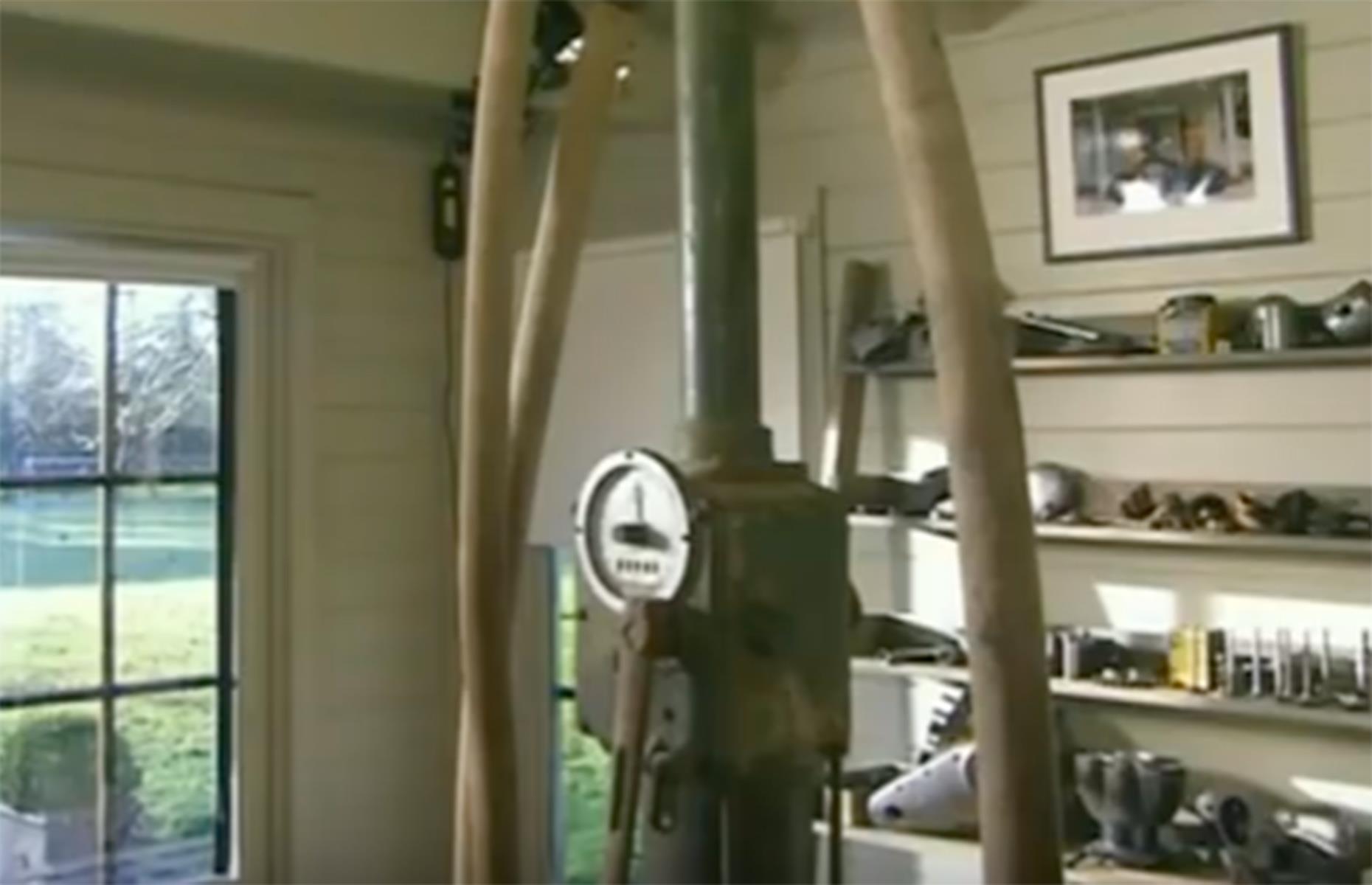 In the UK TV show Shed and Buried, presenter Henry Cole discovered this early 20th-century petrol pump in a garage, purchasing it from the owner for $350 (£279). The unusual item was given a thorough restoration, including a coat of near-original paint, and Cole managed to sell it to an automotive historian for $800 (£630), making a decent $450 (£351) profit. 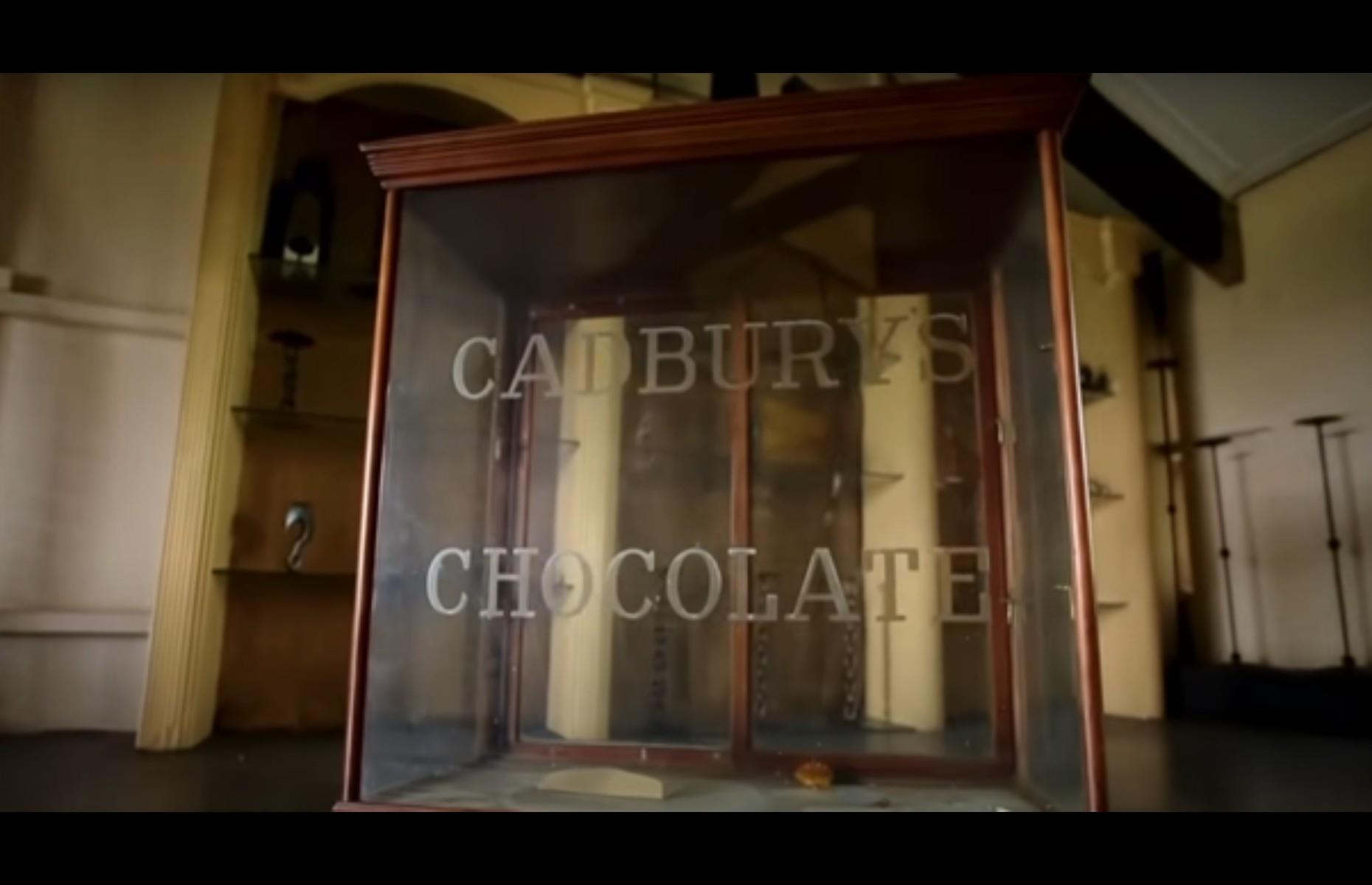 In 1831, the first Cadbury’s factory opened its doors in Birmingham, England. Cabinets such as the one pictured were used to display their famed chocolate bars on shop counters. The Salvage Hunters team snapped up this example for $343 (£250), a bargain price considering this history-rich item has an estimated value of $1,098 (£800) once restored to its former glory. 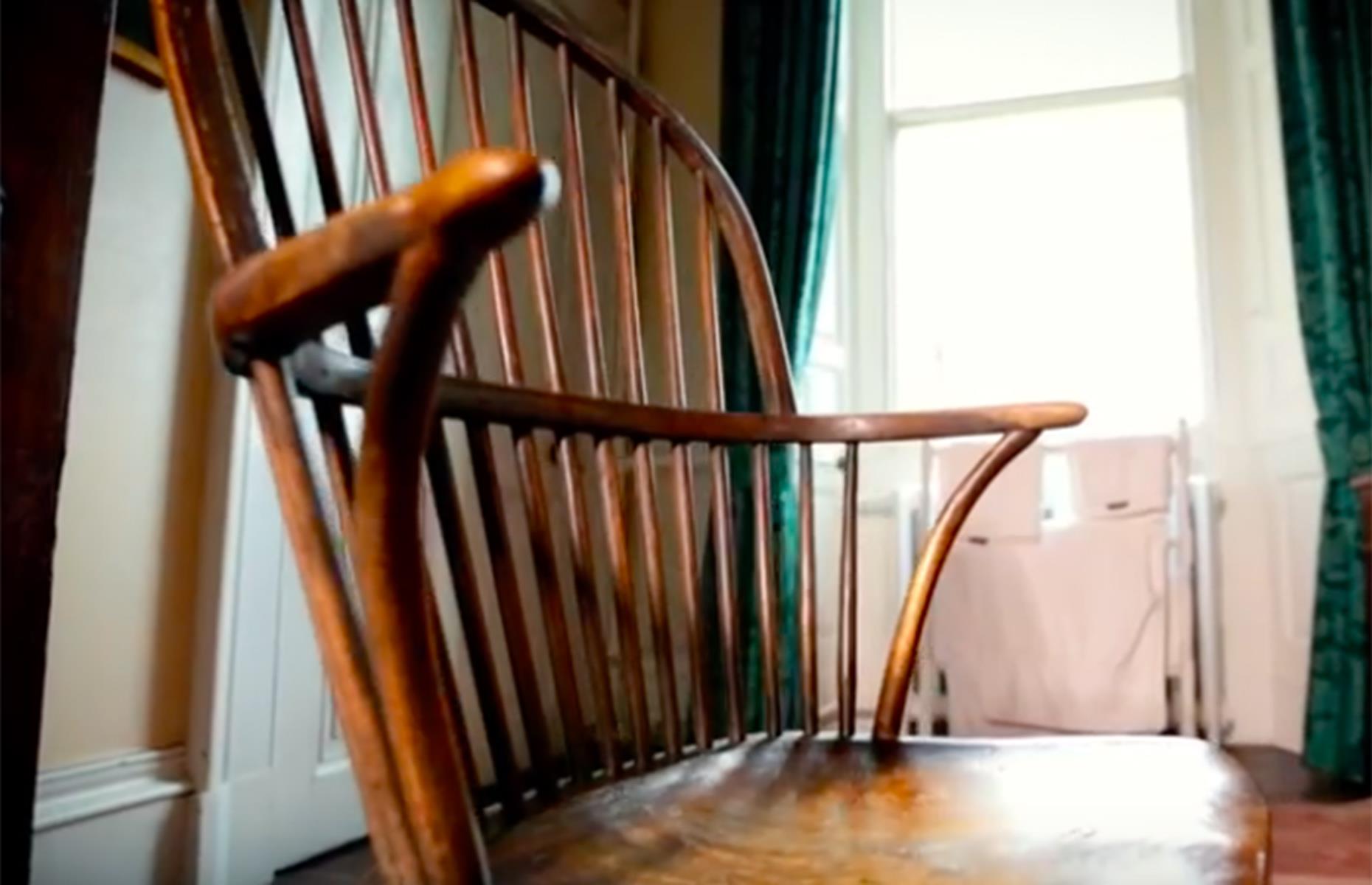 This stunning Georgian period chair was discovered in quite an unusual home – a country house once owned by Admiral Nelson's chaplain. Upon exploring this treasure trove during an episode of Salvage Hunters, Drew Pritchard discovered this antique with its original legs in great condition. Despite paying $800 (£660) to buy it from its previous owner, the savvy presenter was confident it’d rake in at least $1,200 (£990) when sold. 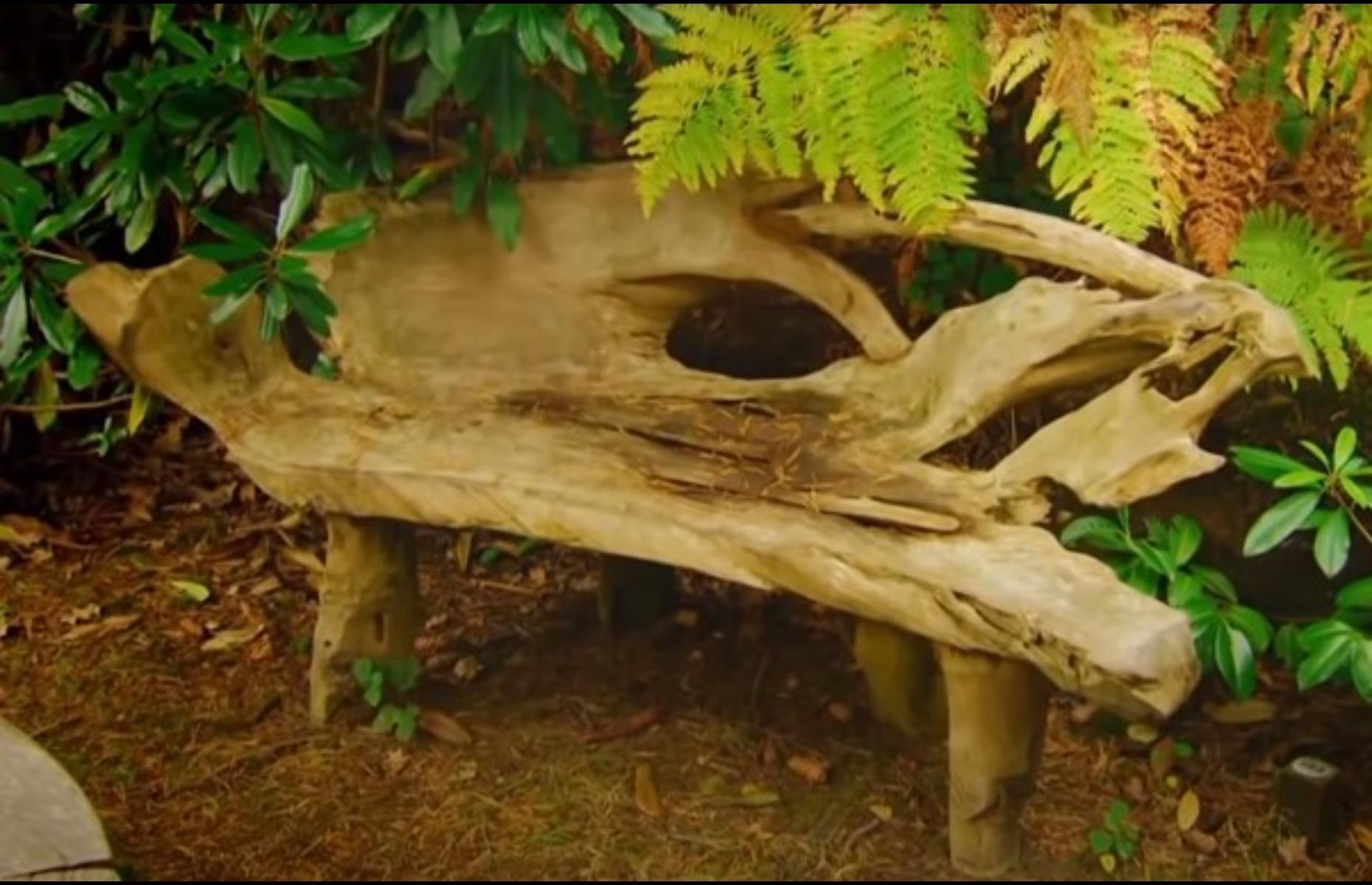 This English 20th-century garden chair, fashioned from tree branches and crafted into an eye-catching design, was yet another remarkable find for Salvage Hunters. This example was purchased for $481 (£350), an absolute steal seeing as it was valued at $1,580 (£1,150).

Salvage Dawgs is perhaps one of the most well-known of reclamation shows in the US. Shown on the DIY Network, its team of experts from the Black Dog Salvage yard in Roanoke, Virginia travel the country searching for curios to fill their shop/warehouse. In season nine, the Dawgs decided to take this crow's nest from the recently retired MV Twin Capes ferry. And why not? Once purchased, it would look great in anyone's back yard. 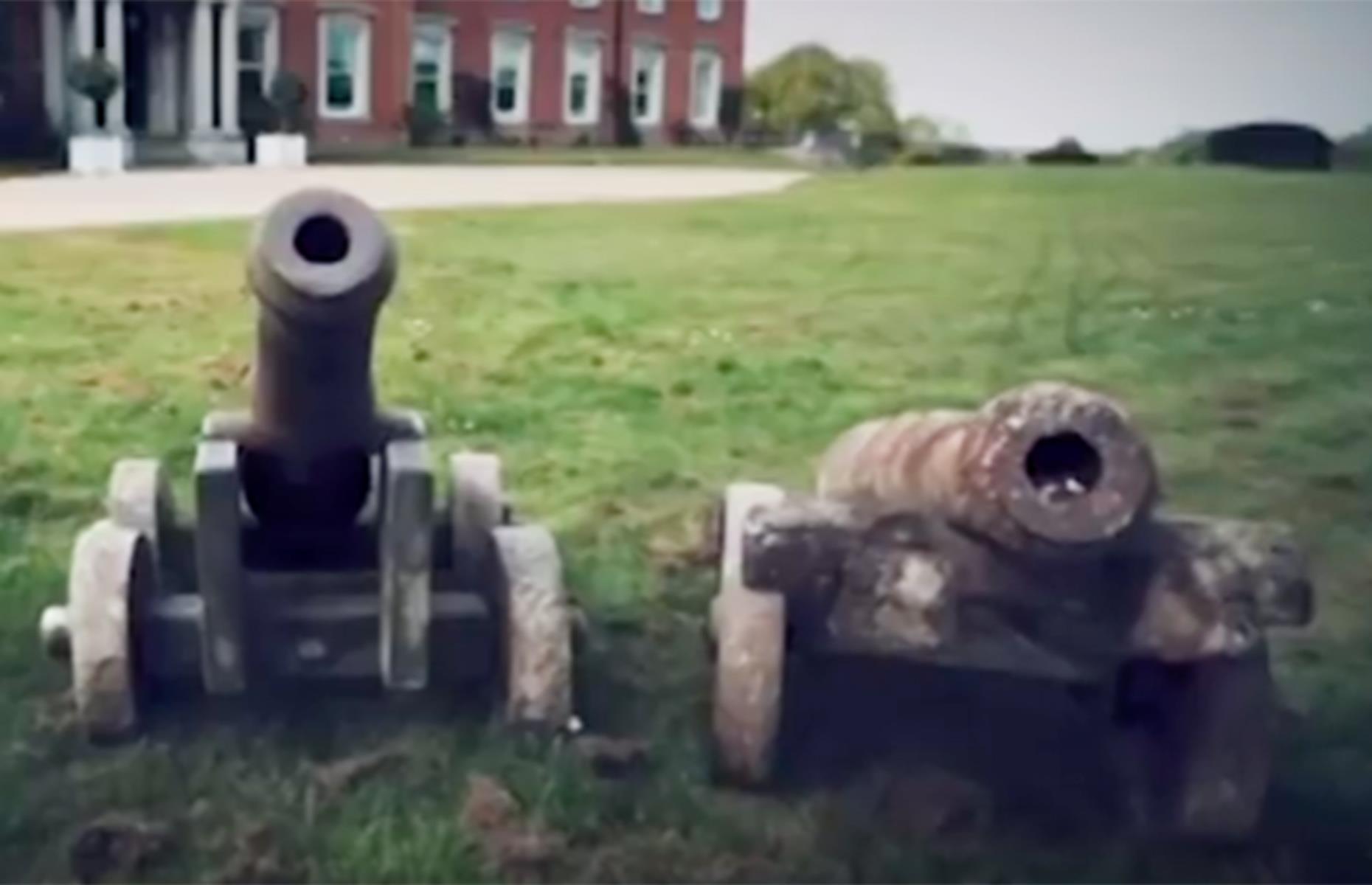 Another gem discovered on Salvage Hunters, these three oak-framed 18th-century cannons were found in a family home near Faversham, England. The naval cannons, which had been sealed up, were bought by the team for $1,900 (£1,567), yet they expected to get $3,800 (£3,134) for them after restoration. 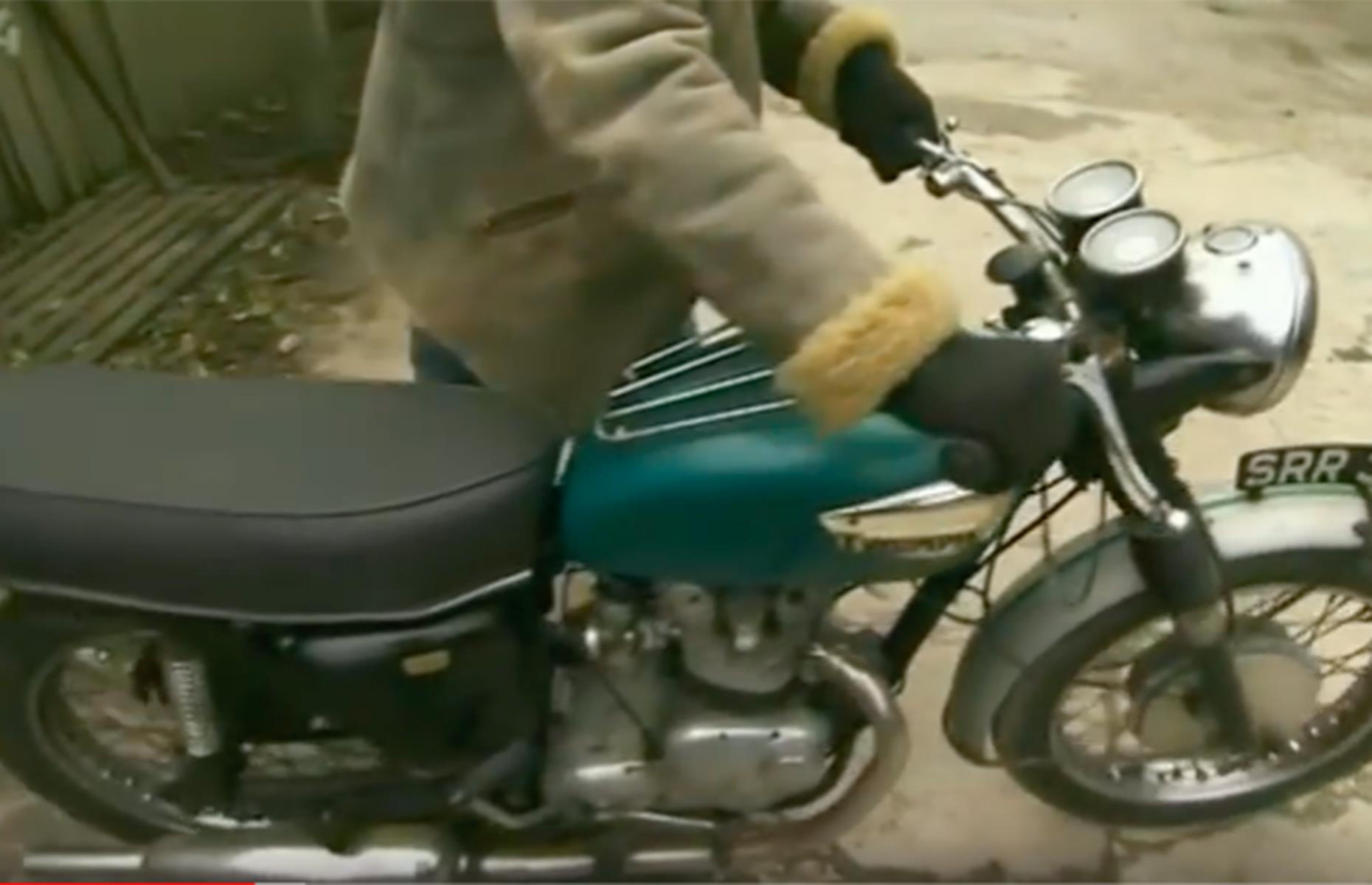 When this unique Triumph Daytona – the UK version of a Triumph Tiger – was discovered in a West Country shed on Shed and Buried, presenter Henry Cole couldn’t believe his luck. The plucky presenter purchased it from the owner for $3,600 (£2,970) and worked with a mechanic to restore it to its former glory, before successfully selling it for $4,400 (£3,630), pocketing a profit of $800 (£660). 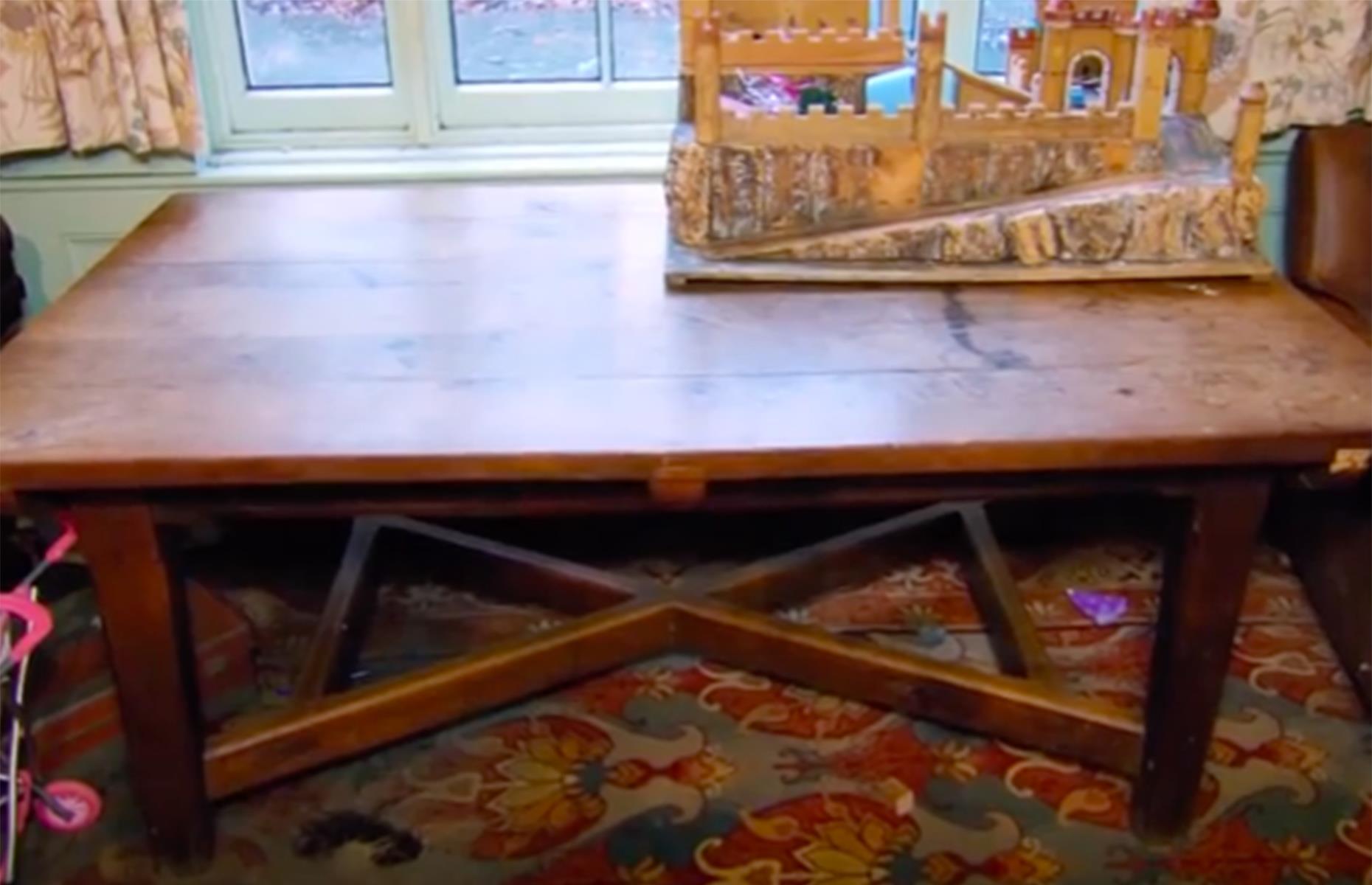 Designed by Ernst Gimpson as part of the Arts and Crafts movement, this early 20th-century table was uncovered by the Salvage Hunters in the children's playroom of a country house in Warwickshire, England. Drew offered $2,500 (£2,062) to the house's owner on the spot, confident that after restoration he could double his money for such a fine example. 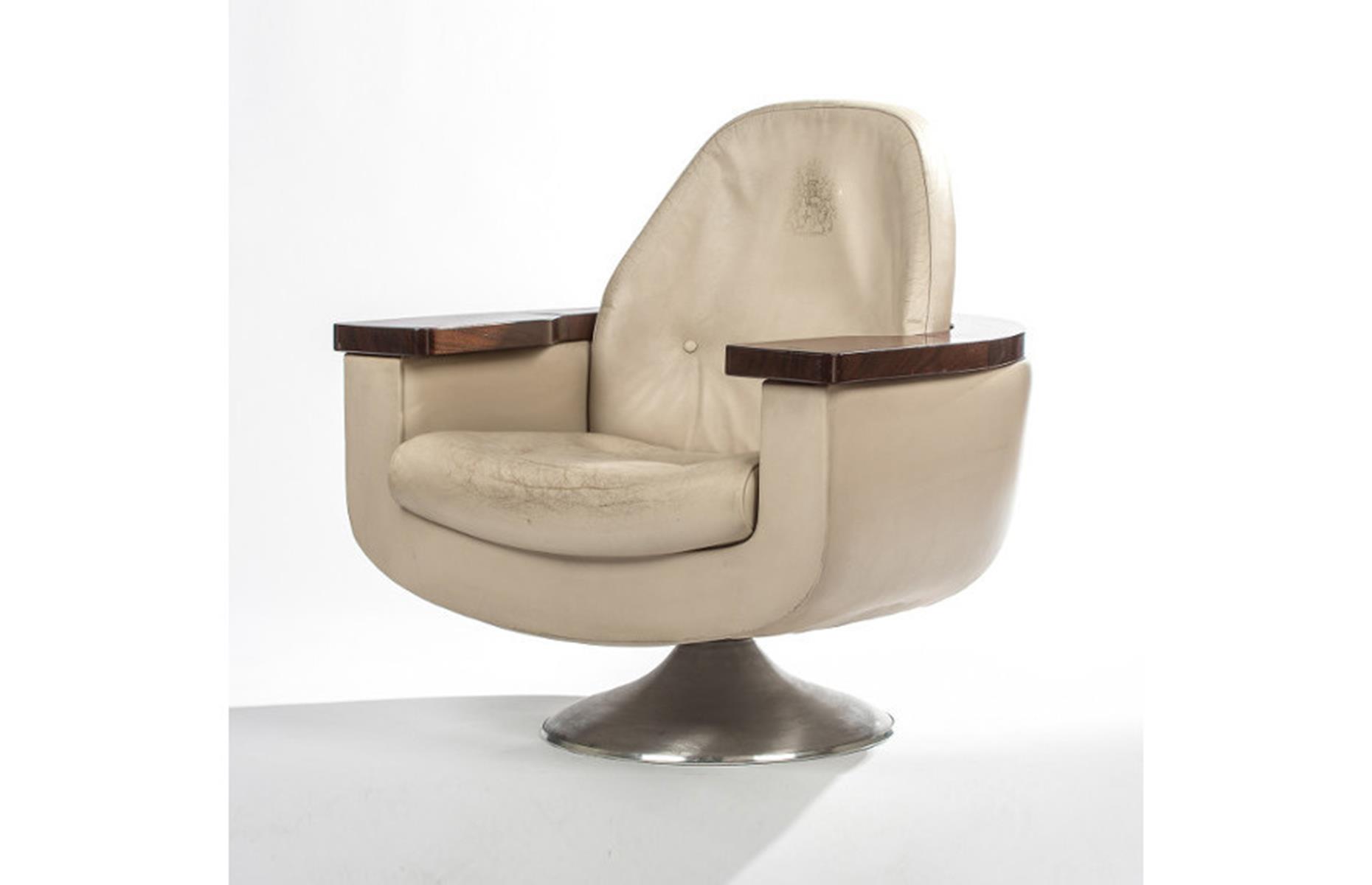 Strapped for cash, a local council in Darlington, England sold off 60 vintage chairs for $6,062 (£5,000) back in 2016. They were probably kicking themselves, however, when they realised that just two of those same chairs were sold for a massive $5,460 (£4,500) two years later – almost as much as they'd made from the whole set! The antique chairs, designed by British furniture designer Peter Hoyte, had been restored and sold online to a Japanese buyer. 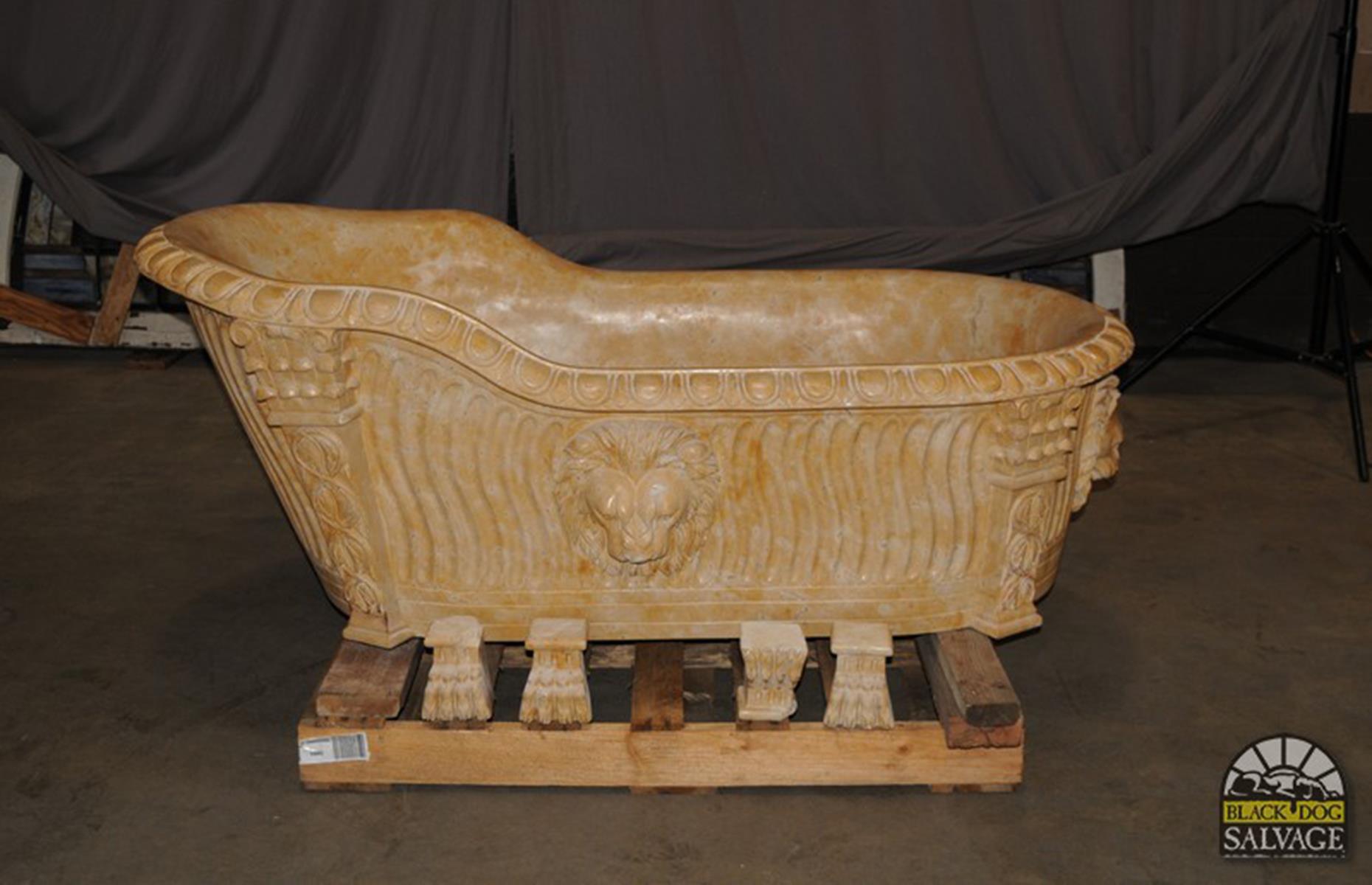 Crafted from Jerusalem limestone, this ornate tub features four life-like lion’s “feet”, a curved rim and foliage motifs. It was discovered on an estate in Charlotte, North Carolina in season 11 of Salvage Dawgs. It's on sale for $5,950 (£4.9k). 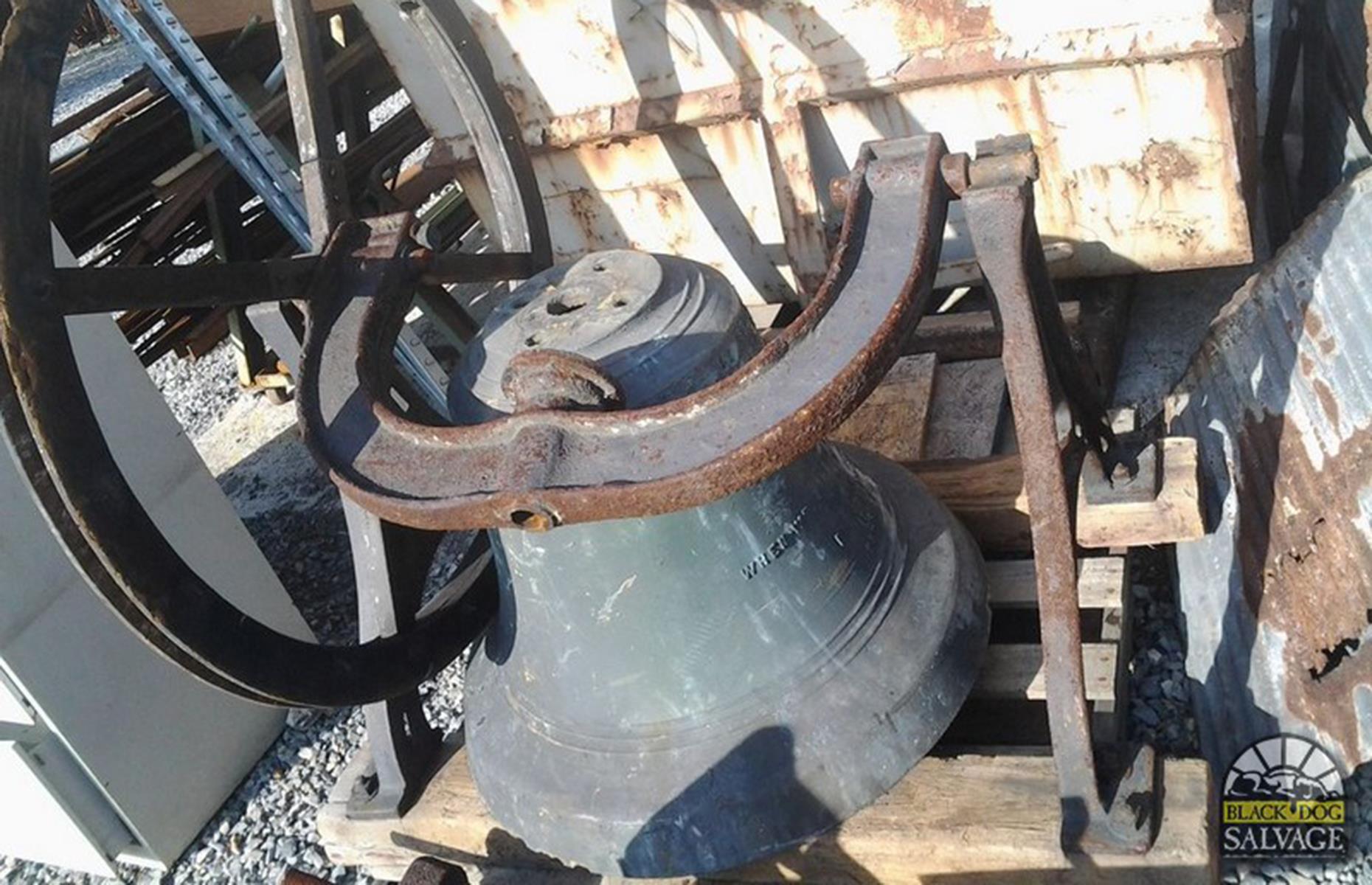 You might not see many schools that still use a school bell to ring in the beginning and end of classes. Yet the historic value of this huge one, weighing in at a hefty 550lb (250kg), means it's worth a decent sum of $9,500 (£7,730). It was discovered on season six of Salvage Dawgs, at St Michael's Catholic School in Pittsburgh, Pennsylvania. 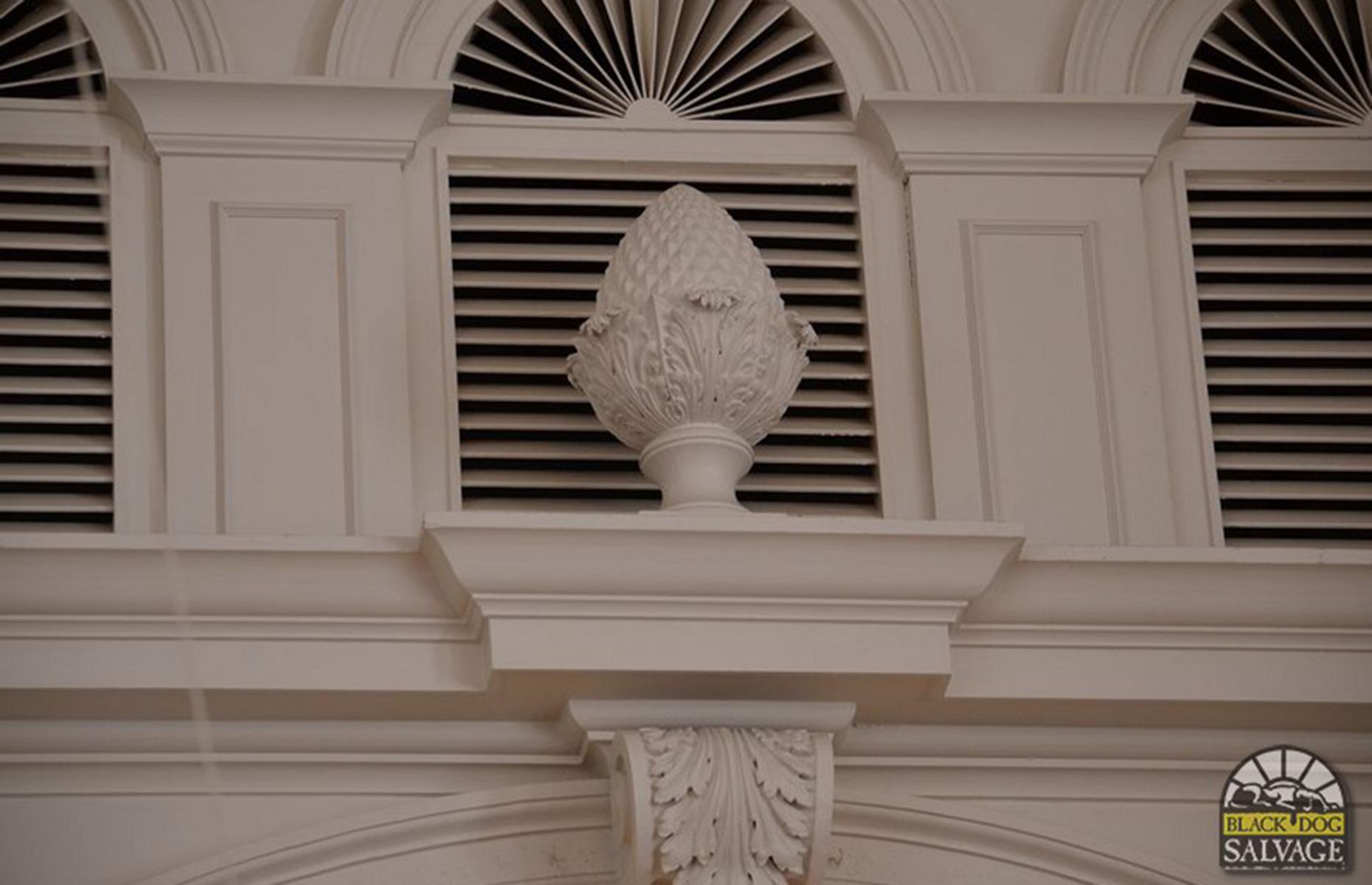 A reredos, in case you weren’t familiar, is the ornate screen that is found behind a church altar. In this instance, the screen was salvaged from a Baptist Church in Decatur, Georgia, after which the team on Salvage Dawgs estimated its value at $10,000 (£8,250).

Another example of the Salvage Dawgs eye for the unconventional is this classic, arcade-style store front which appears in season four. Made from cast iron in St. Louis in 1868, it did present a few issues in reconstruction. Although the structure was sound, there was a lot of surface rust on the iron, which made prising the storefront from its foundations and surrounding walls a tough task. However, by using heavy machinery the restorers were able to break it down into pieces and take it back to their store, ready to be sold and used again. 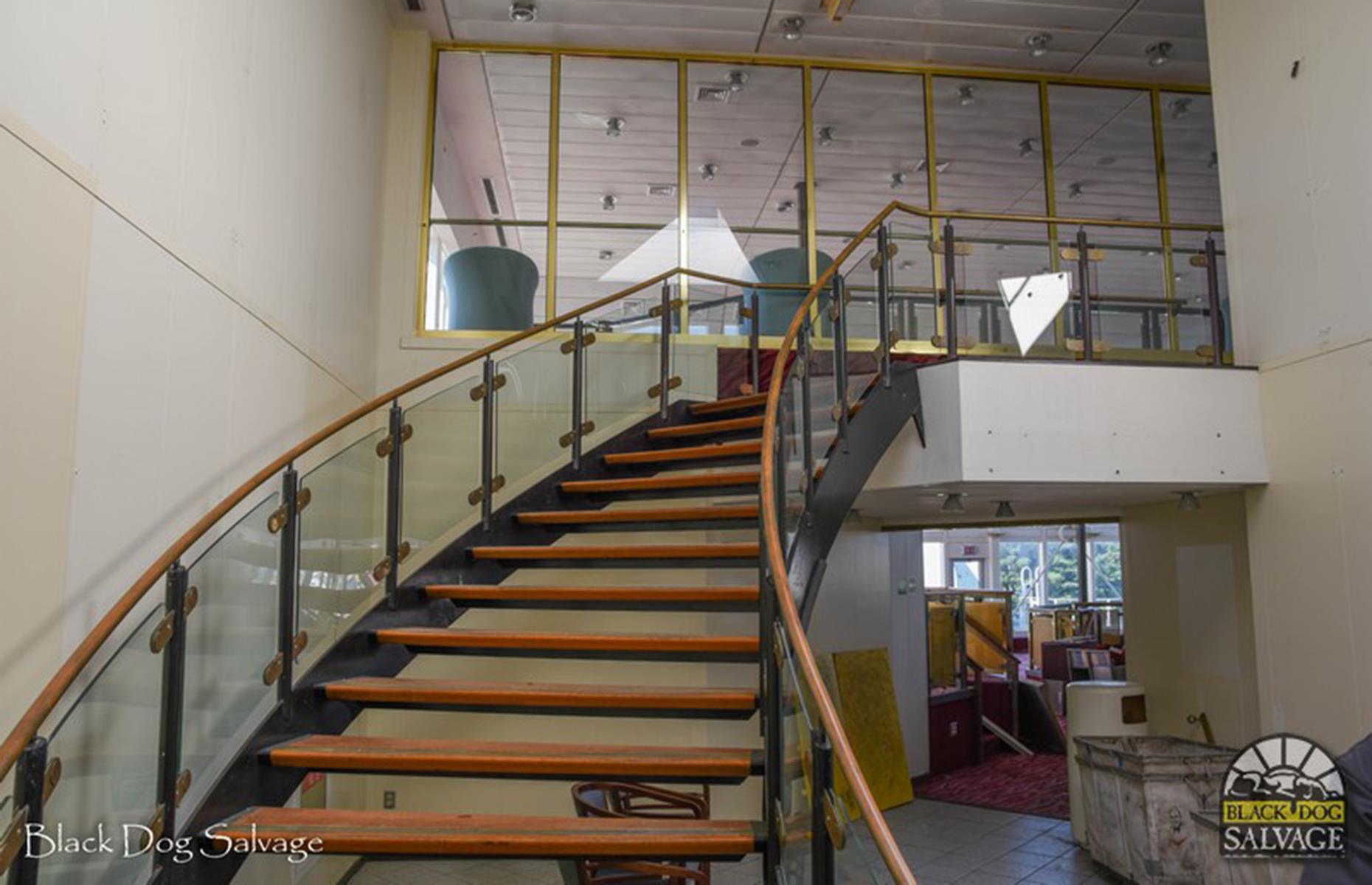 Found on a ferry that travelled between Lewes, Delaware and Cape May, New Jersey, this one-of-a-kind curved staircase certainly caught the attention of the Salvage Dawgs team. The ship had sunk in 2018 off the coast of Cape May, and it was dug up in season nine of the show. After their work on it the staircase is valued at $18,000 (£14,845). 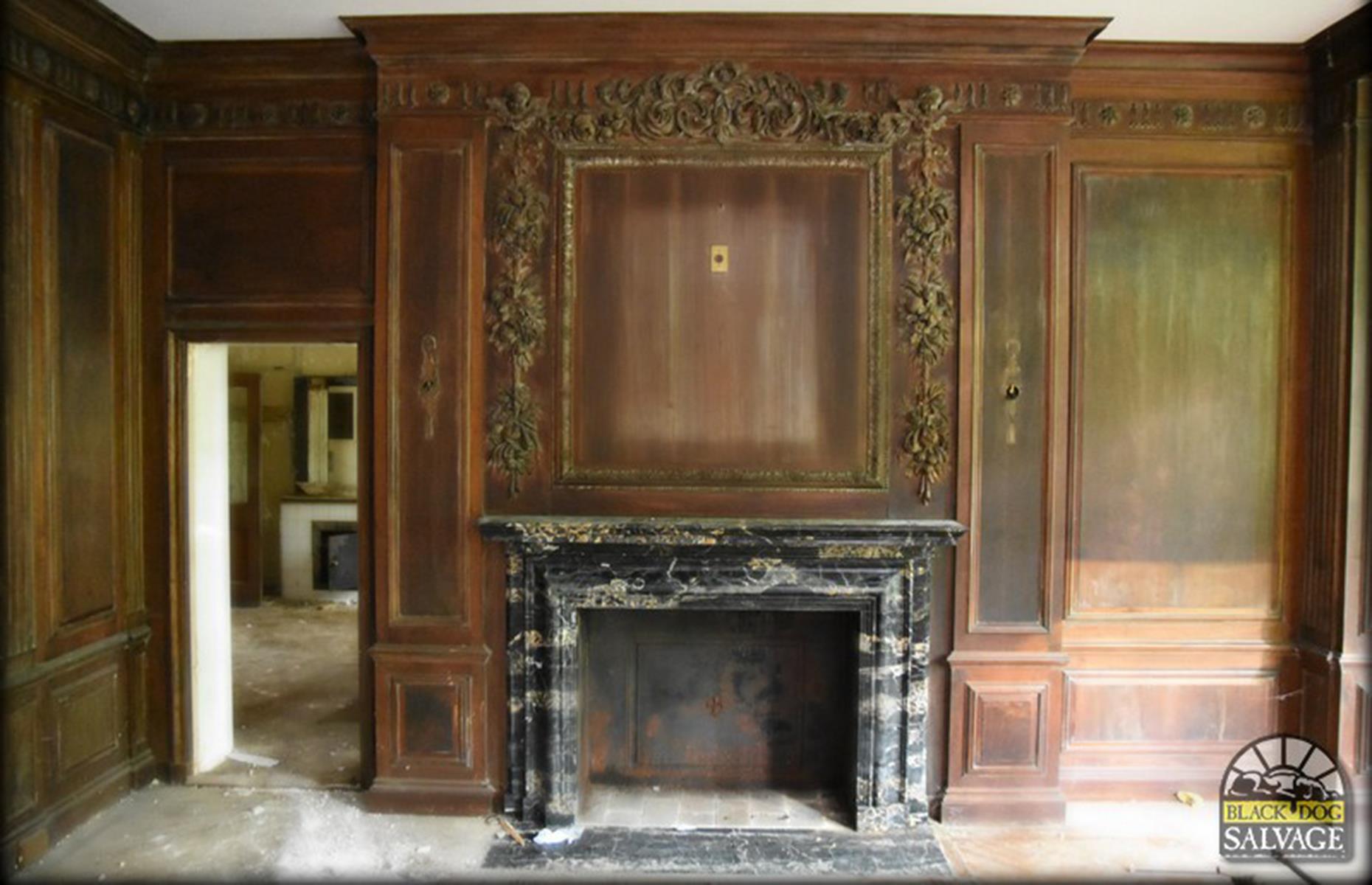 Also discovered in season nine of Salvage Dawgs, this walnut wood panelling was salvaged from Laverock Hill Estate in Glenside, Pennsylvania. With its highly ornate detailing, the 19th-century panelling was valued by the team at $20,000 (£16.5k). 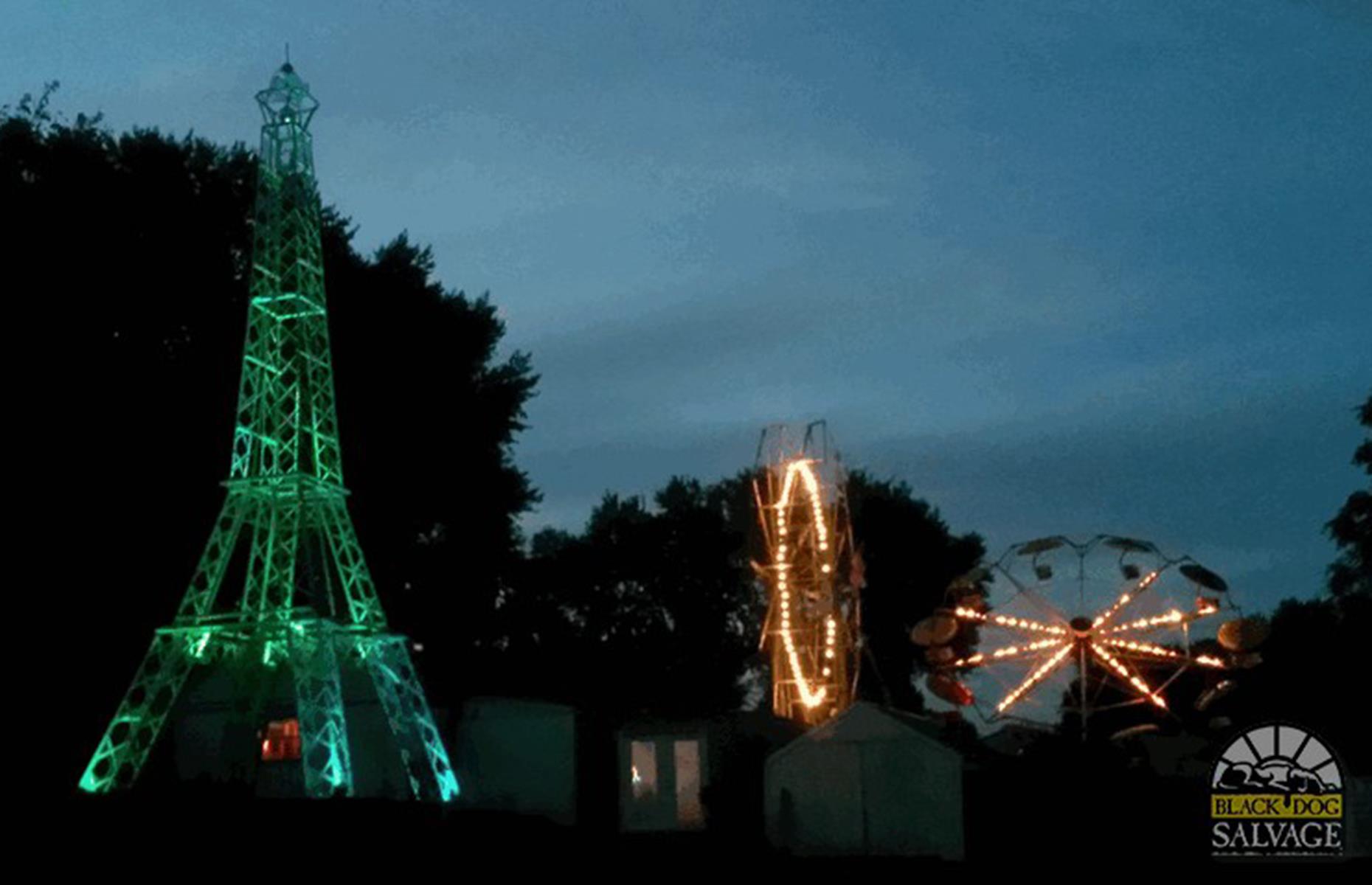 It’s not quite the City of Love but Columbus, Ohio does have a model of one of Paris' iconic monuments: the Eiffel Tower. The 40-foot (12m) tall structure made an appearance in season two of Salvage Dawgs, where presenters valued it at an impressive $22,000 (£18,143). 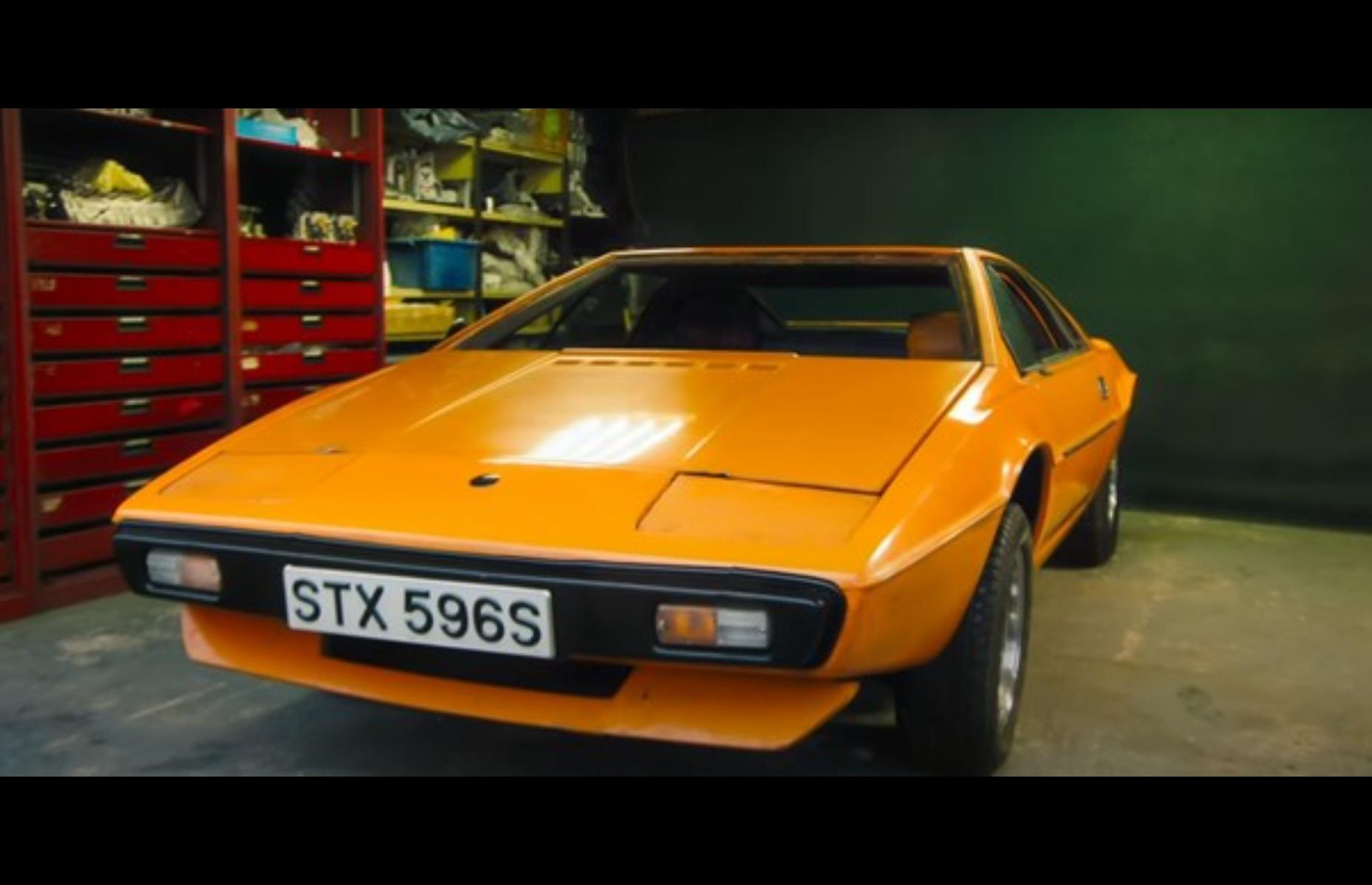 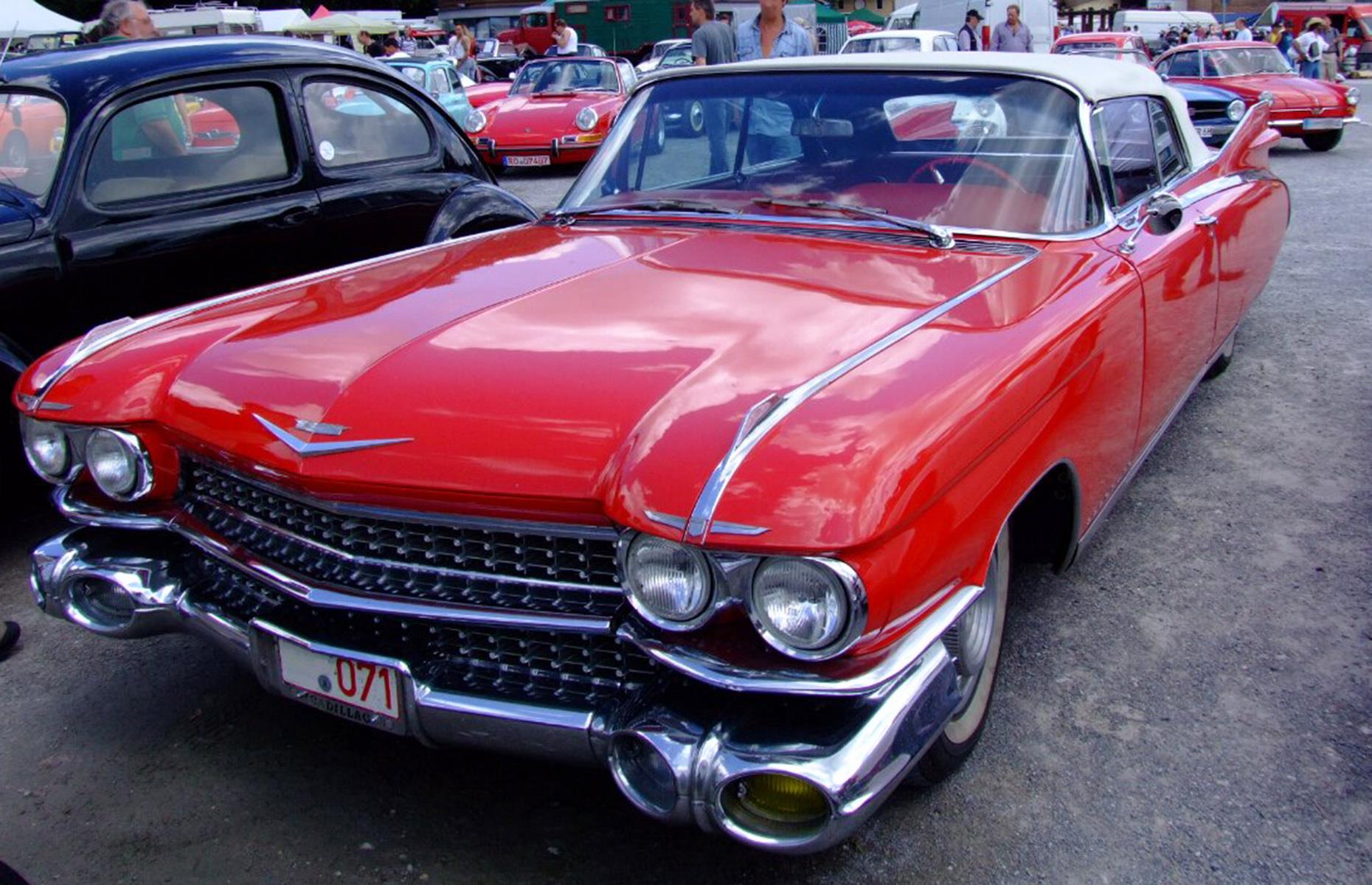 You don’t need to be a car expert to know that classic cars can be worth a fortune – this Eldorado Biarritz model from 1959 was no exception. It was discovered by presenter Tom Cotter on Barn Find Hunter, who gave it a thorough check-over and estimated it could be worth as much as $260,000 (£214,422) when restored to pristine condition. 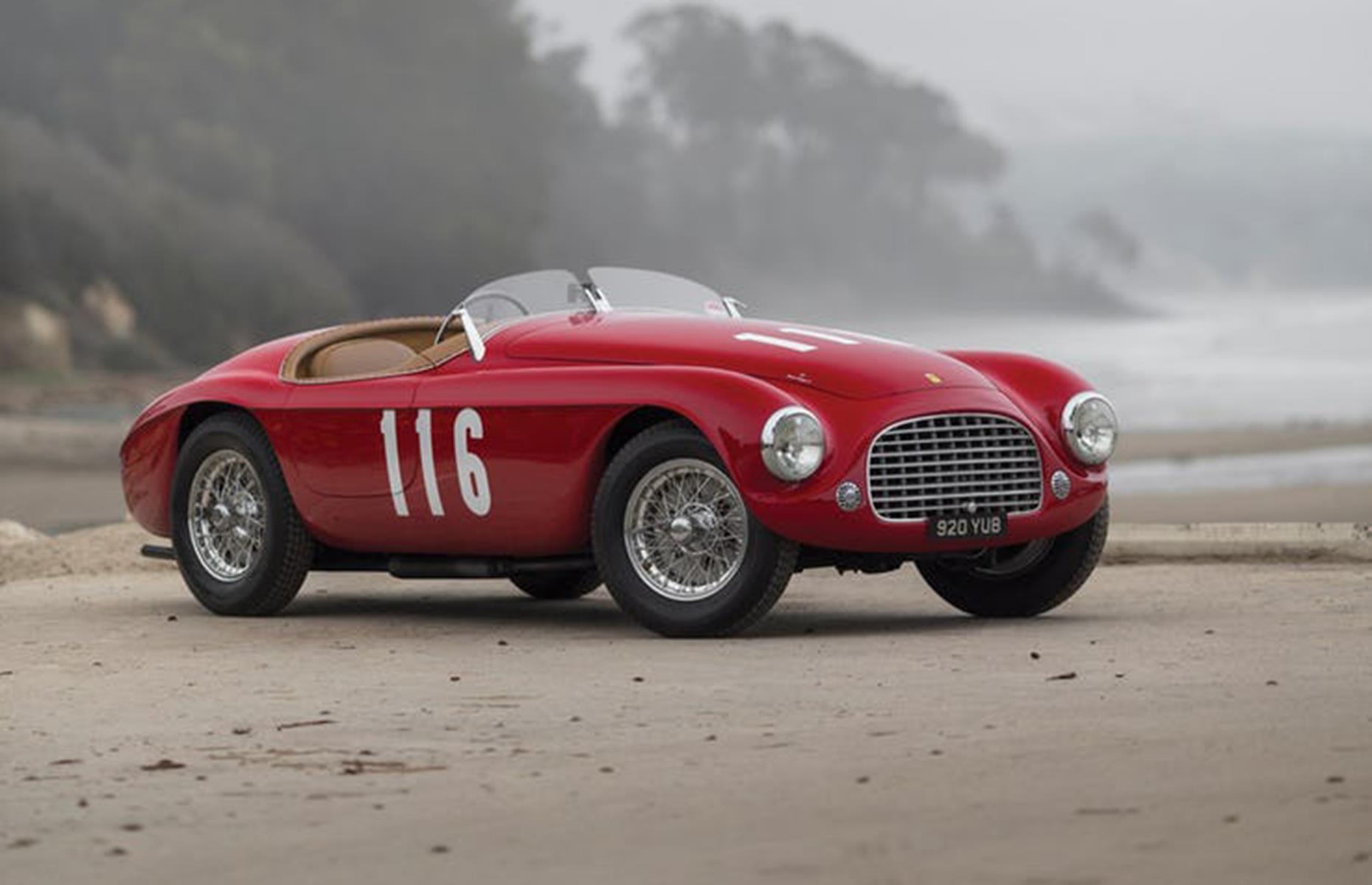 This classic car was found in a barn in Italy in pretty poor shape with discoloured paintwork and rust. Purchased for $8,000 (£6.5k), it was then shipped to restorers who got to work on sprucing it up, before being sold for a massive $1 million (£827k) to a keen collector.

It’s hard to believe classic cars like this are left to sit in garages for decades, yet it happens – much to the delight of those who discover them. This Ferrari 1960s 275 GTB/2 was discovered on Barn Find Hunter by host Tom Cotter, who was amazed to see that it had just 13,500 miles on the clock and still had all its original parts. Just a handful of models of this car with such low mileage are thought to exist, and it was sold for an astonishing $2.3 million (£1.9m) at auction. 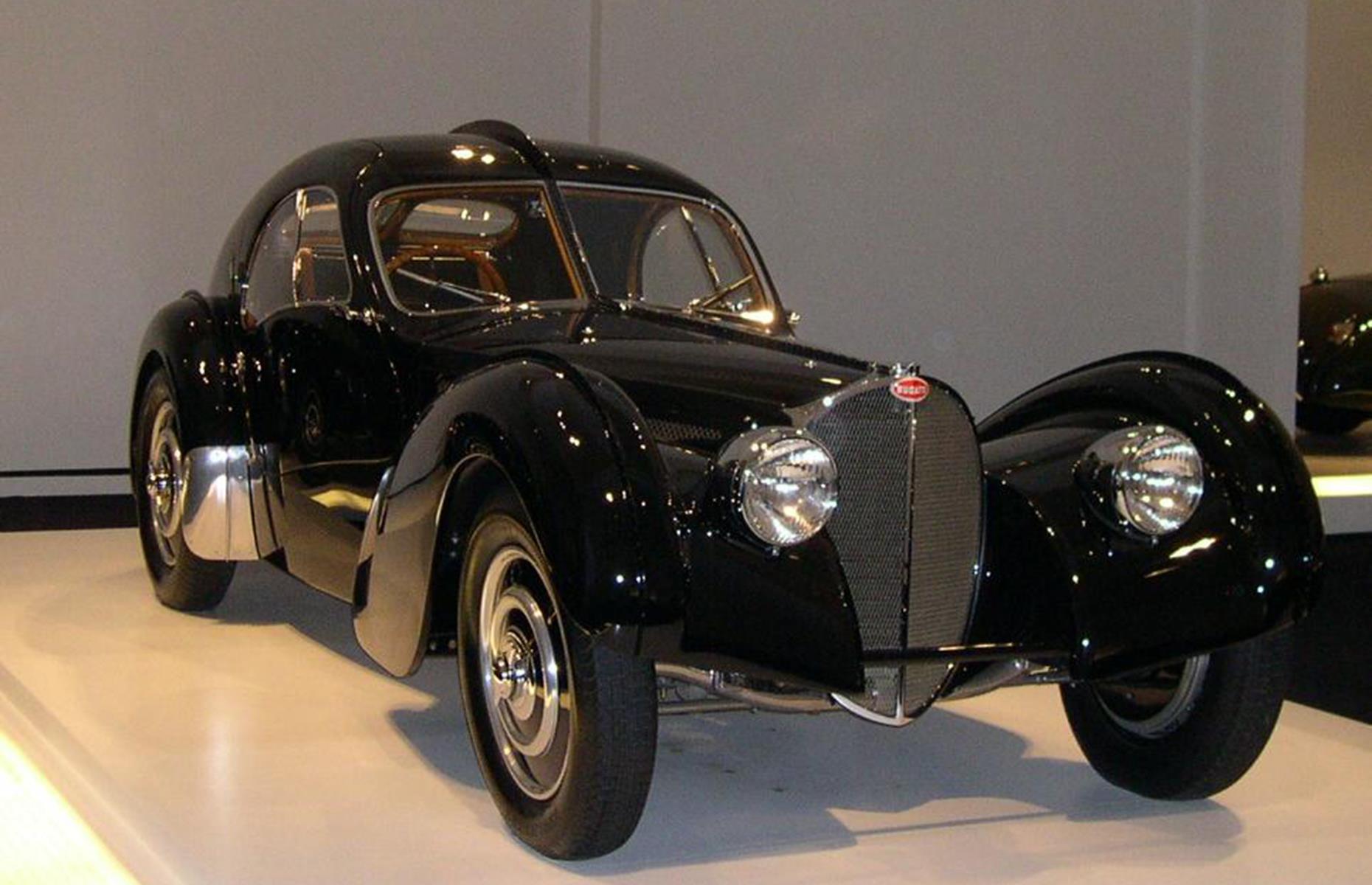 This Bugatti Type 567S Atalante was discovered in the garage of a reclusive doctor named Dr Harold Carr in Newcastle, England after he passed away in 2009. The eccentric doctor had bought the car for £895 in 1955, the equivalent of $29,125 (£22,800) today. But over 50 years later Dr Carr's relatives sold the car for a whopping $3.8 million (£3m). A strange turn of events for a family who didn't realise what Dr Carr was keeping in his garage. As his nephew said: "It was a bit of local folklore that he had a Bugatti, but no one knew for sure. It's worth so much because he hasn't used it for 50 years. It was one of the original super cars." 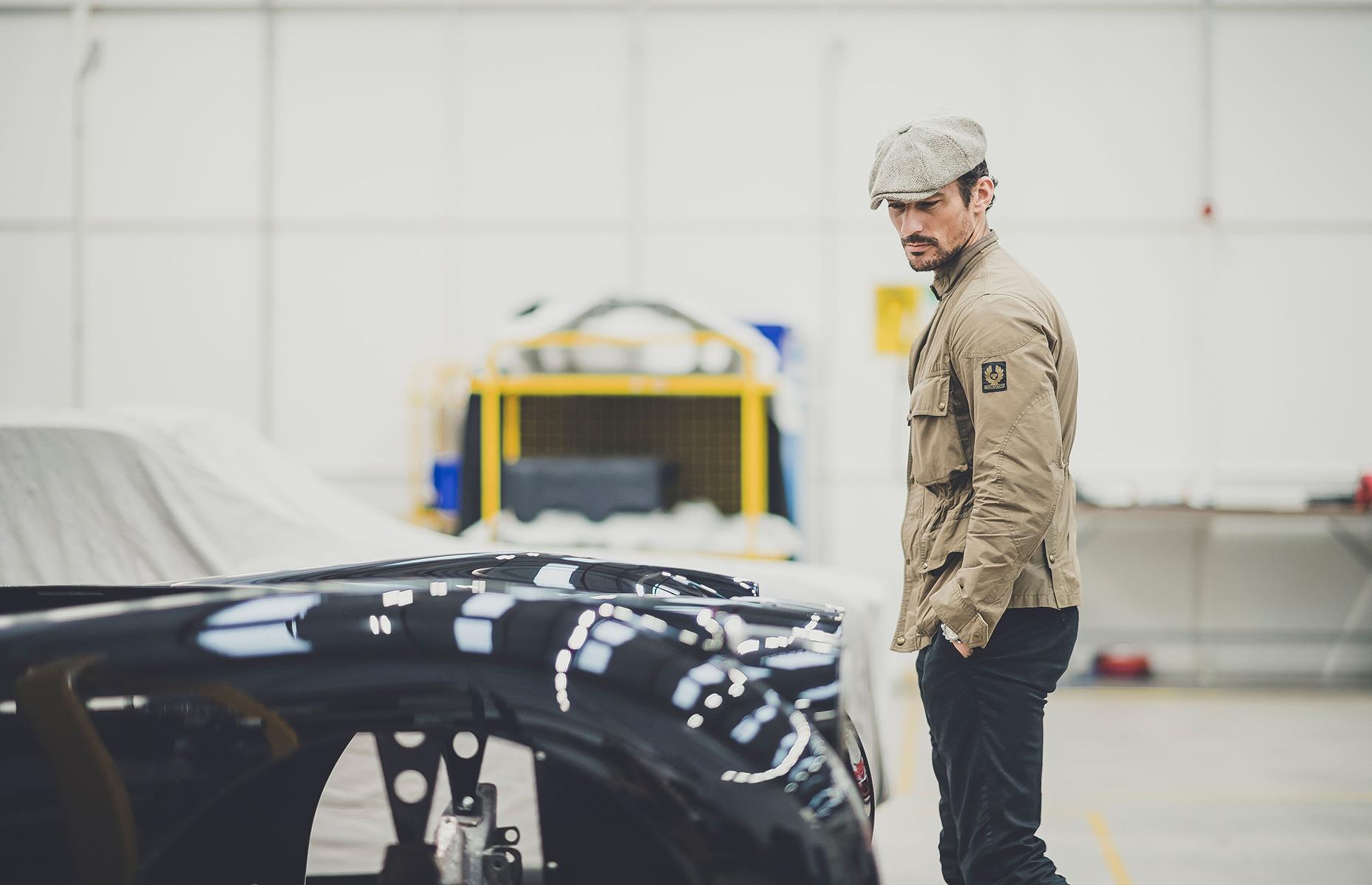 British model David Gandy might not be the first person you’d expect to be into car restoration, yet the 42-year-old has admitted he’s a big fan of classic cars. And as luck would have it he got to fulfill his dream when he discovered the wreck of a 1954 XK120 Jaguar under a bush while searching in the US. After 2,700 hours of restoration work, the open-topped roadster car was returned to its former glory.

Now read about some amazing treasures waiting to be found