How Airbnb went from one bedroom to a billion-dollar company

How Airbnb went from one bedroom to a billion-dollar company

Since its foundation 12 years ago, Airbnb has become a mainstay of the tourism industry, and today, is used by an average of two million customers every single night. But the company, which is worth an estimated $35 billion, wasn't an overnight success. In fact, the company took two years to get off the ground, and its biggest early boost came from the founders' decision to sell limited edition cereal boxes. Read on to follow Airbnb's journey from an idea dreamt up in a bedroom in San Francisco, to the multi-billion-dollar powerhouse it is today.

It all started with an email. On 22 September 2007, Joe Gebbia sent his roommate, Brian Chesky, an idea that he thought would help the duo to make a buck or two. At the time Gebbia and Chesky, who met while studying at the Rhode Island School of Design, had moved to San Francisco, but were struggling to make ends meet in a city famed for its extortionate rental prices. 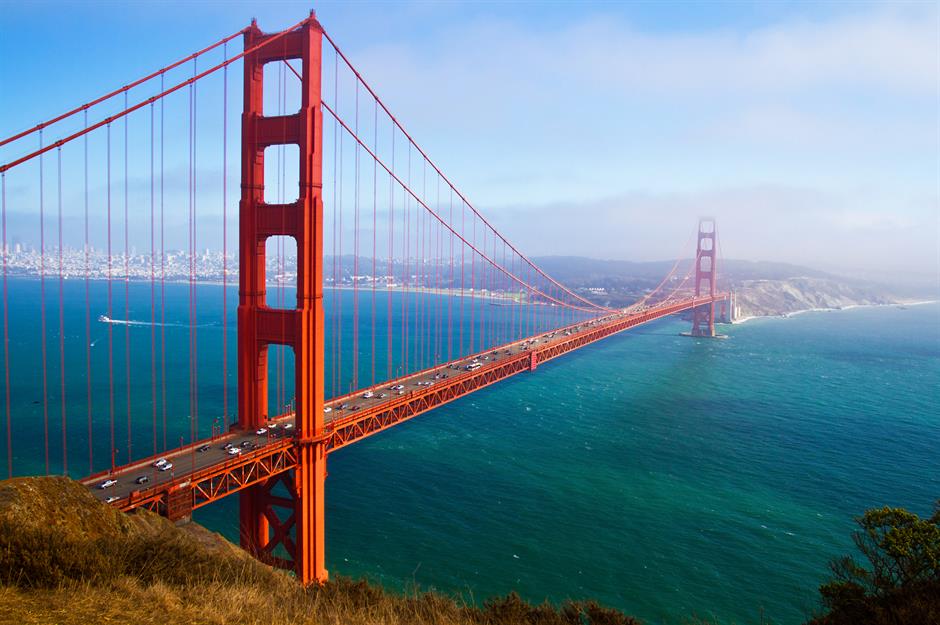 Gebbia suggested transforming their apartment into what he called a “designers’ bed and breakfast”. It would cater, he said, for young designers visiting San Francisco for an upcoming conference, who wanted to stay somewhere a little less expensive and with a little more soul than a traditional hotel. They’d offer somewhere to sleep, wireless internet, a place to work and breakfast every morning. 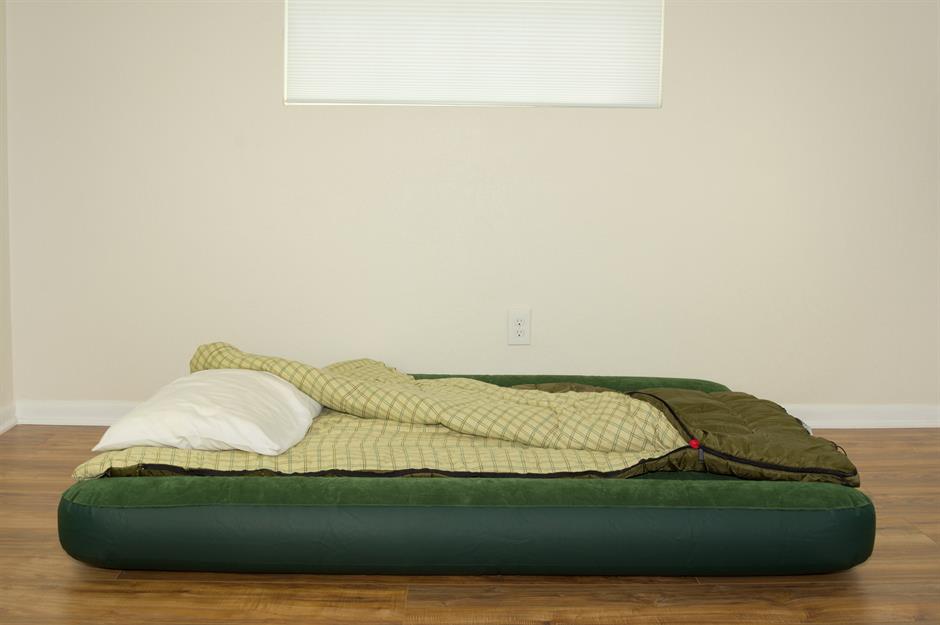 Mike Focus/Shutterstock
The duo bought three air mattresses and set up a space in their loft where those staying would sleep. They bought the domain name airbedandbreakfast.com and built out a simple website where customers could book a mattress for $80 in just a few clicks. Three guests, two men and a woman, made reservations during the design conference.

Put it to the people 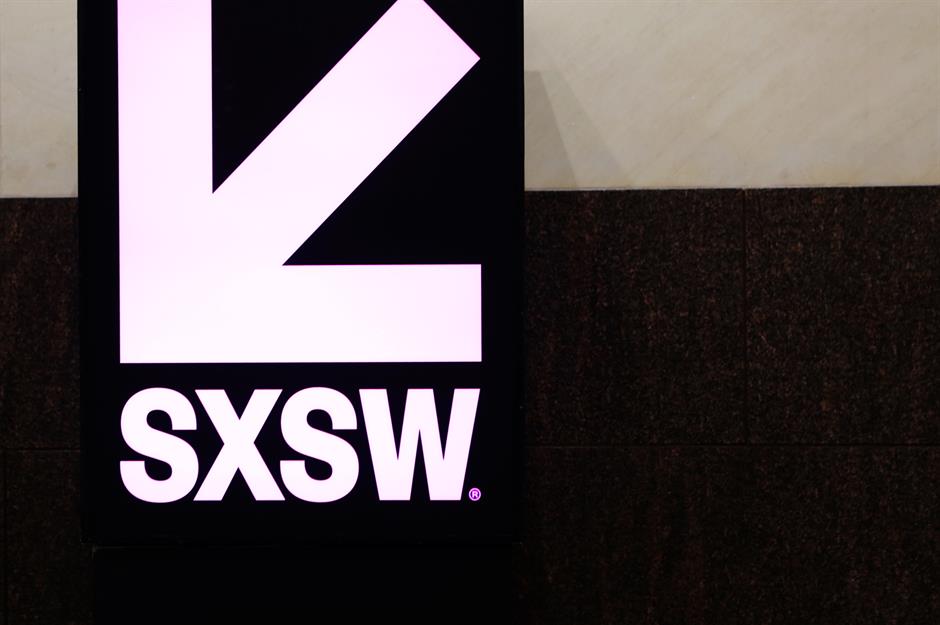 Soon Gebbia and Chesky realised that Air Bed & Breakfast had huge potential, so roped in their former roommate, Nathan Blecharczyk, to help build out the company. After around six months working on the site, the trio decided to officially launch it to market during SXSW 2008. However, Air Bed & Breakfast wasn’t an immediate hit – the site only took two bookings, and one of those was from Chesky himself.

Three months later, the founders had perfected a final version of the Air Bed & Breakfast website and decided to try their luck with some investors. They sold the company on the fact that it only took three clicks to book somewhere to stay, which marked it out from other hotel sites at the time. However, this USP wasn’t enough to convince investors – of the 15 angels they met, eight turned them down and the rest just ignored them.

Chesky, Gebbia and Blecharczyk decided to give launching straight to market another shot. Remembering the interest they had received by launching during a popular event in San Francisco, they chose to debut the new and improved site during the Democratic National Convention (DNC) in Denver, knowing there would be a shortage of hotel rooms in the area. It worked: the site took 80 bookings over the course of the three-day event.

Although these bookings were an important milestone, they weren’t enough to fund the site’s operations or future development, nor reimburse Chesky, Gebbia and Blecharczyk the $20,000 in credit card debt they had racked up while building the site. So, the enterprising founders came up with an idea to generate some extra cash. They designed cereal boxes based on famed US brands Cheerios and Cap’n Crunch, except theirs were repurposed as Obama O’s and McCain Crunch, the frontrunners for the Democratic presidential nomination at the DNC.

The boys had 1,000 boxes printed with these spoof logos. The reverse of the boxes was marked with a limited edition number and carried information about the newly-launched Air Bed & Breakfast site. By some miracle, their guerrilla marketing strategy worked – they sold all 1,000 boxes during the convention at $40 a pop, giving them $30,000 to invest in growing their business. 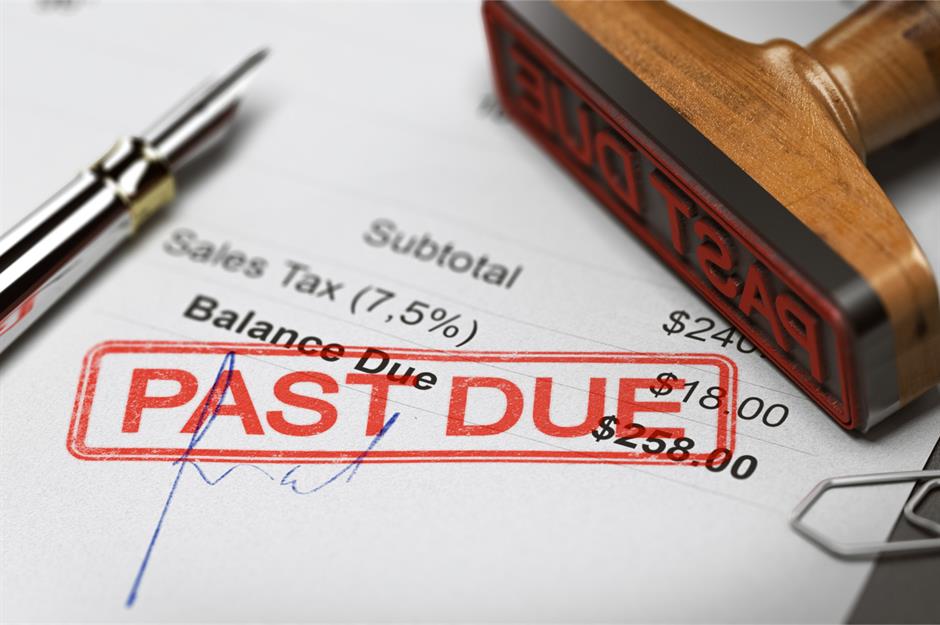 After they’d paid off their debts, however, there wasn’t much left to put towards Air Bed & Breakfast. The trio soon found themselves back at square one: bookings dried up after the conference, meaning there was no money coming in to support the site. Blecharczyk, who had been sceptical of the cereal plan from the start, decided enough was enough and went back to consulting work. Chesky and Gebbia, meanwhile, were penniless and unsure of where to go next.

In November 2008, the duo were having dinner with Michael Seibel, then the CEO of Justin.tv. Seibel suggested they apply for Y Combinator, a start-up accelerator program that offered seed money and advice to new businesses in exchange for a proportion of equity. The duo were sceptical, but following a little persuasion from Seibel, they applied and were offered a place, beginning in January 2009. This step also convinced Blecharczyk to rejoin the business.

During the 3-month accelerator programme, Chesky and Gebbia continued to meet with both angel investors and venture capital firms, in the hope they could secure some funding for the future. They met famously with Fred Wilson, the founder of Union Square Ventures, a renowned technology sector venture capital firm that had invested in companies such as Tumblr, Twitter, Soundcloud and Stripe. Wilson, however, wasn’t convinced by the airbed-based proposition and turned the duo down, a decision he later described as a “big mistake”.

When the company graduated from the Y Combinator programme in March 2009, it made two very significant changes: firstly, it simplified its name from Air Bed & Breakfast to Airbnb, in a bid to move away from the love-it-or-hate-it original air mattress concept. Simultaneously, it expanded its property offering beyond shared spaces into private bookable rooms, entire homes and apartments, and began listing some of the unique tree houses, igloos, tepees and private islands it is renowned for today.

Sequoia Capital
The following year, the company hit a major milestone: it received its first major funding, a $7.2m Series A investment from venture capital firms Sequoia Capital and Greylock Partners. By that point, the site was garnering more and more interest, with around 700,000 stays booked since the 2008 launch. In February 2011, the site hit the million bookings mark. 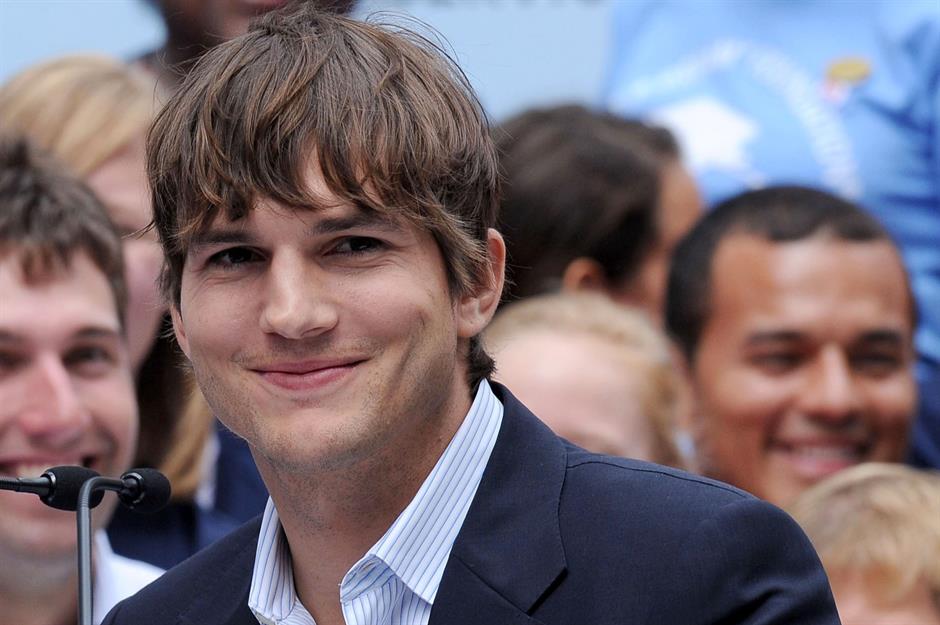 Over the course of 2011, Airbnb amassed more and more investor interest. In May, actor Ashton Kutcher announced he would be investing in the company through his venture capital firm, A-Grade Ventures, which he had founded a year earlier. He also joined Seibel on Airbnb’s advisory board. Two months later, the firm raised $112 million in a second funding round led by Andreessen Horowitz, a famed tech-focused venture capital firm that had invested in the likes of Instagram and Skype.

The most and least successful celebrity investors

Airbnb also began to expand internationally during that time. In May 2011, the company acquired Accoleo, a German firm that offered an identikit service, effectively marking Airbnb’s first foray into the European market. The following year, it opened six international offices, in Paris, Milan, Barcelona, Copenhagen, Moscow and Sao Paulo. 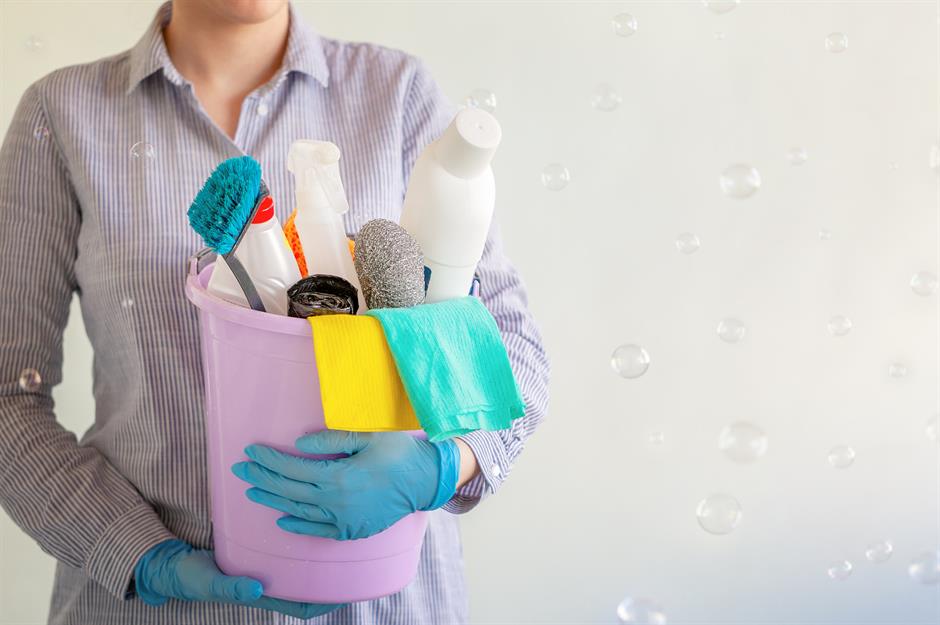 Over the course of 2012, the company went on a buying spree, snapping up London-based rival Crashpadder along with city guide app NabeWise. This helped the company to build out what would later become its local recommendations and experiences arm. The business also announced plans to partner with local home cleaning services that would provide a discounted service for Airbnb hosts, in a bid to elevate the cleanliness of homes available through the platform.

In July 2014, the company unveiled a massive rebrand project that they’d been working on for several months, which, Chesky said at the time, “changes the whole identity and expression of the company”. Alongside redesigning the website and app to simplify the user experience, Chesky and Gebbia drew up an entirely new logo that aimed to capture the essence of 'belonging', the company’s new buzzword. The design, called the Bélo, was designed to look like a cross between a hand-drawn letter A, a heart and a location pin. 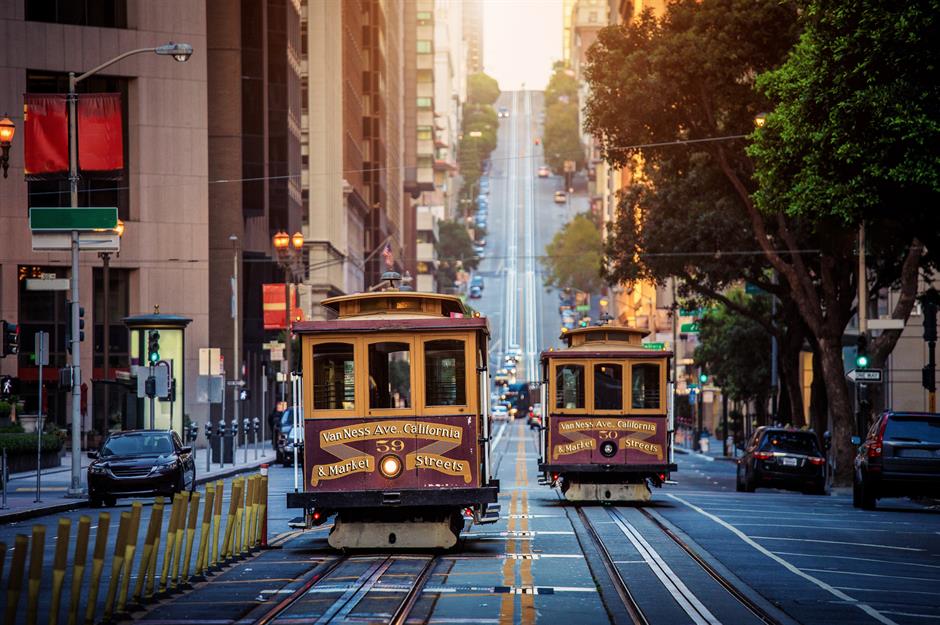 By that time, the company was estimated to be worth around $13 billion, and was starting to attract the attention of lawmakers in cities where short-term rentals were tightly regulated or not allowed. But over the course of 2015, the company began to collect hotel tax and giving them to cities in a bid to prove its legitimacy and boost profits. By the end of the year, anyone staying in Airbnb properties in Amsterdam, San Jose, Chicago, Washington and Paris was eligible to pay tax.

Later that year, however, it ran into trouble in San Francisco, where voters elected to restrict rentals in the city. During the campaign, Airbnb ran ads highlighting the fact it had paid $12 million in tax in order to fund city operations, but they were not well received. San Francisco went on to become the first city to sign a law that limited the platform by banning short-term rentals if property owners didn't live there. The regulation later became known as the Airbnb law, and kicked in in 2018. 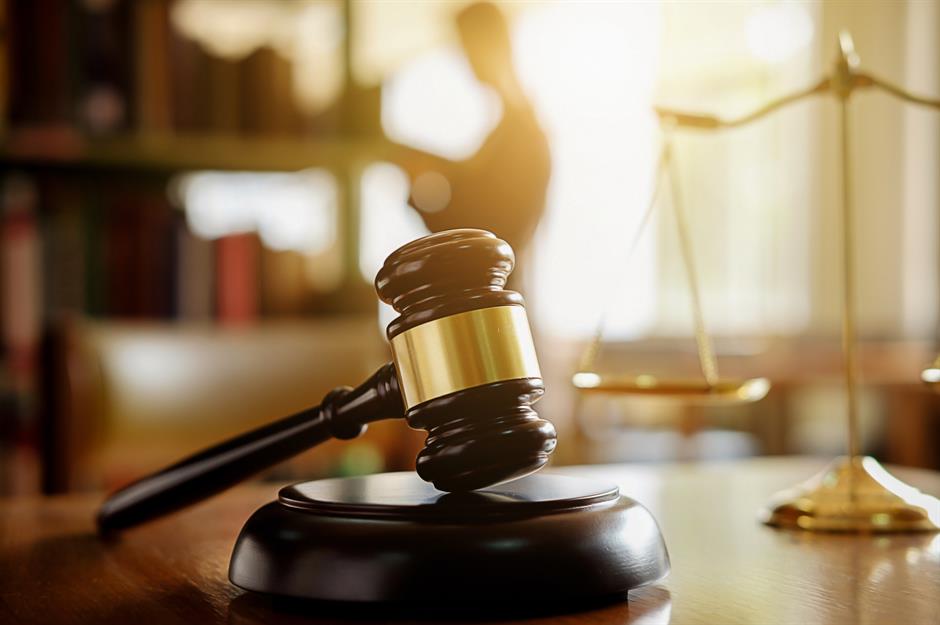 The year 2016 brought more legal battles for the company. In August, Barcelona announced it would be cracking down on homes being illegally rented to tourists, meaning Airbnb could be eligible for substantial fines. Two months later, the company sued New York City over a similar law, which would also make hosts liable for fines of up to $7,500 if they flouted regulations. But Airbnb settled the case in November, signing an agreement that meant the city could fine hosts, but not Airbnb itself. 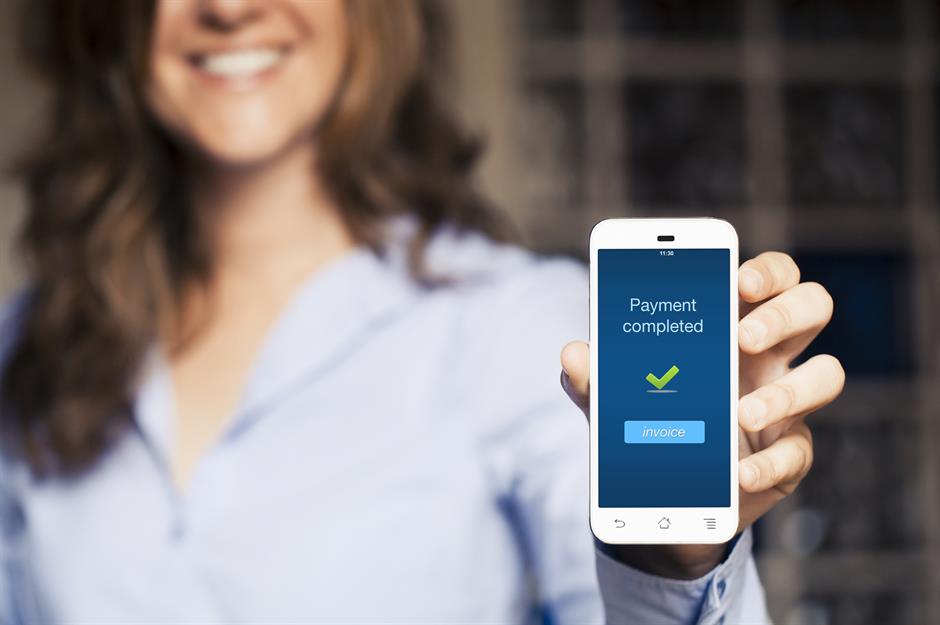 But legal hurdles didn't hold Airbnb back. In 2017, the company went on a second acquisition spree, buying up Luxury Retreats, an Airbnb-like service for high-end properties, Accomable, a travel accessibility start-up, and AdBasis, an adtech platform. It also acquired Tilt, a social payments start-up, which allowed it to introduce a payment splitting feature with up to 16 other users.

The company also launched its Chinese brand in March that year, which it named Aibiying, meaning “welcome each other with love”. At the same time, the company doubled its investment in the country and tripled its local workforce to 180 employees. The company was seeking to buck the trend of US tech companies launching in China, which several have done with limited success. But it is up against some serious competition – the Chinese equivalent of Airbnb, Tujia, had over 300,000 properties in the country in 2017, compared to Airbnb’s 80,000.

Companies that have created the most billionaires

The company is always expanding its service offering, with features such as Airbnb Plus, a collection of homes that have been vetted for quality, service and design, going live in 2018. And according to Chesky, who remains the company’s CEO, Airbnb now has its sights set on the aviation industry, and is considering launching its own airline. But more certain is Airbnb's plans to go public. The $35 billion online home-rental business has come a long way from air mattresses in the founders' apartment, and its IPO pegged to take place later this year.