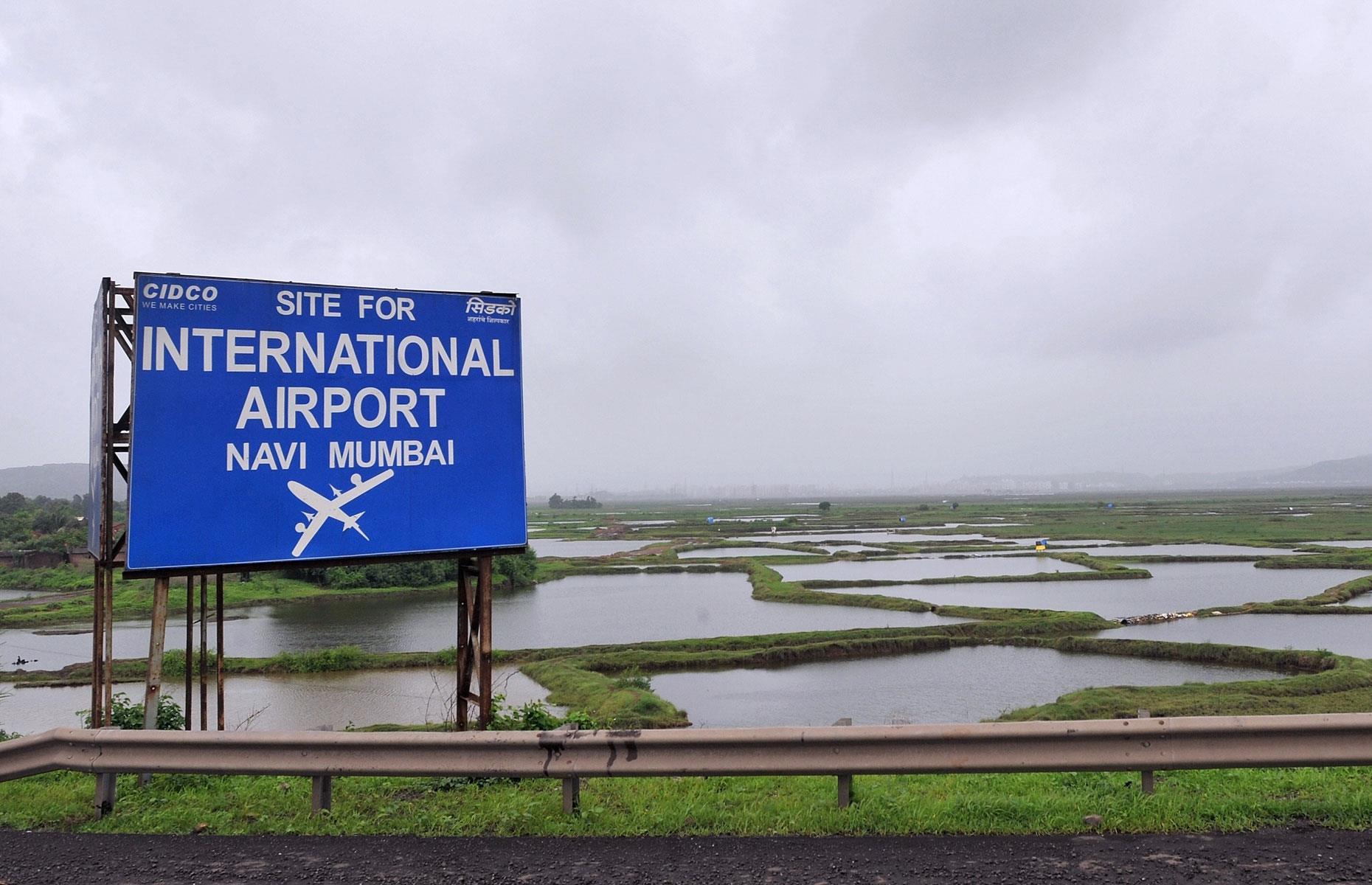 Projects of immense scale and complexity are never easy to execute, so it's little wonder that so many are delivered late and massively over budget.

However, the lingering effects of the COVID-19 pandemic have meant that many megaprojects are now facing even longer delays, with their initial timescales completely out the window.

Read on to discover the staggering costs of some notoriously problematic projects and discover why, exactly, they're running so far behind schedule. All dollar amounts in US dollars, unless otherwise stated. 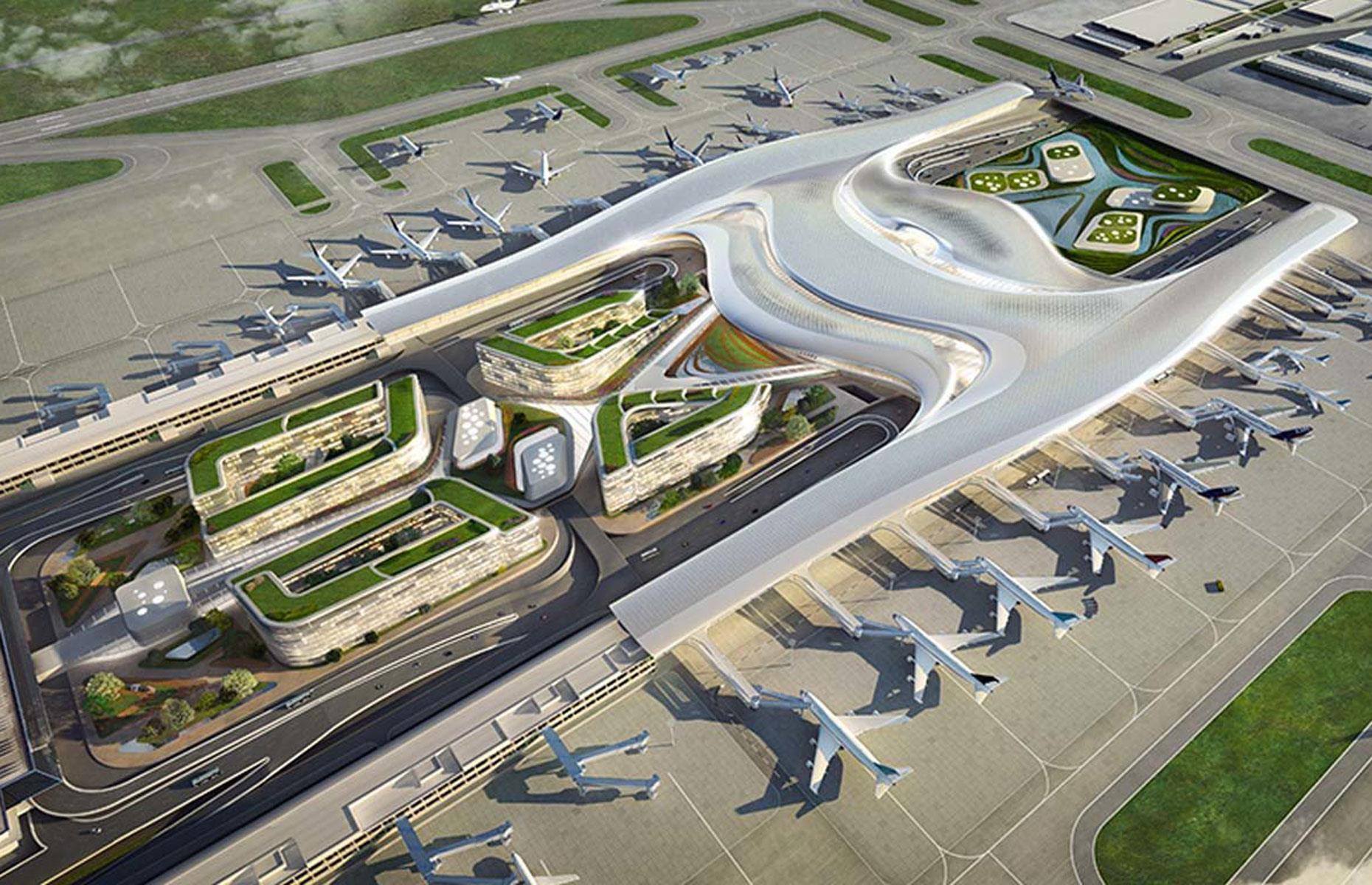 The project was eventually given the green light in 2008 but has been marred by conflict, mainly between government departments.

Bitter disagreements over the location, concerns over the ecological impact of the airport, which put India's environment and civil aviation ministers at loggerheads, and protests from local villagers are just some of the issues that have delayed the project so far. 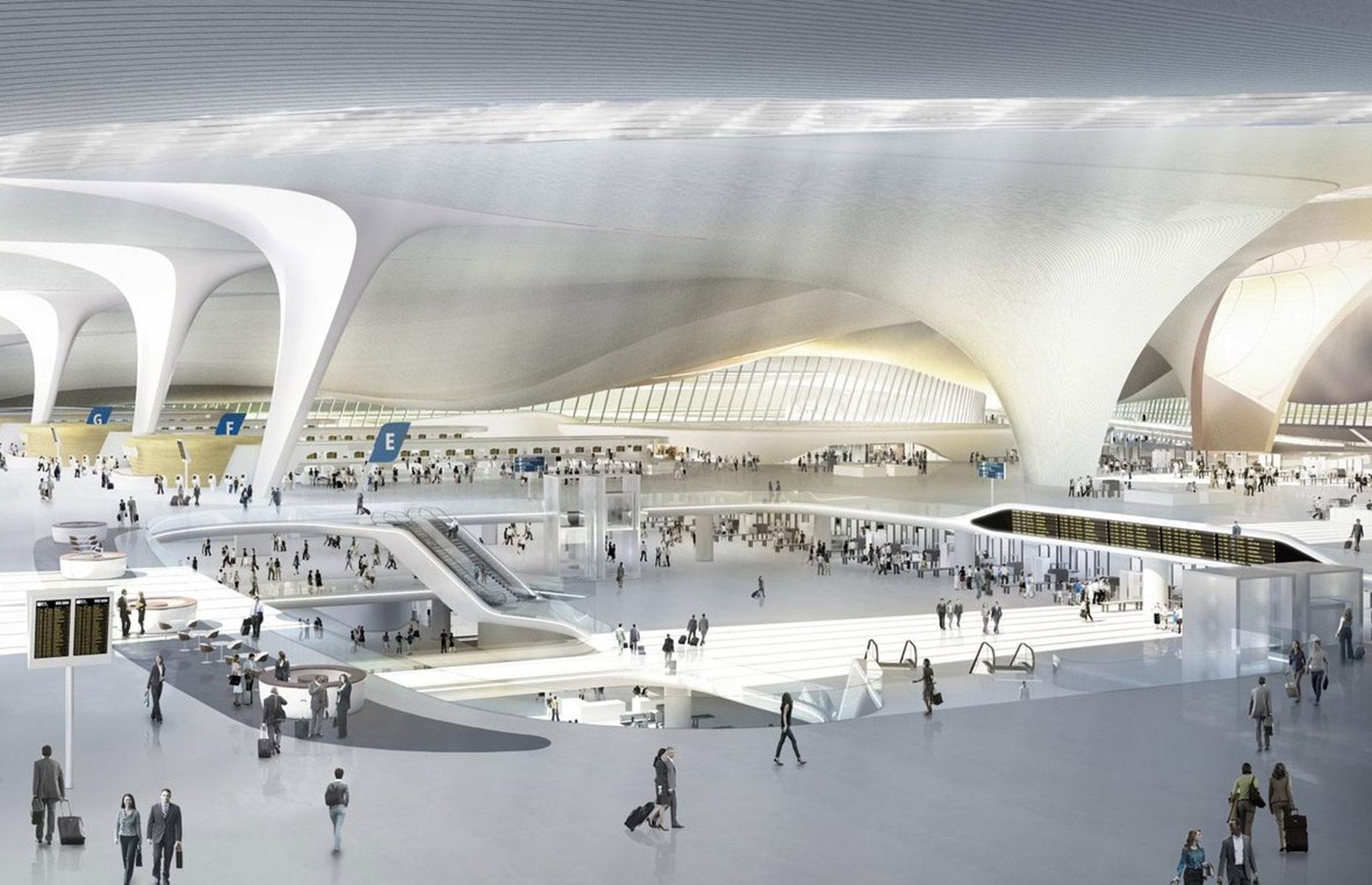 Foundations were finally laid in February 2018 but the Phase One completion date of April 2019 that was estimated by Maharashtra chief minister Devendra Fadnavis couldn't be met.

The state had hoped that the airport would be ready to launch its first flight by December 2020. However, construction of the runway hadn't even started by the end of 2019 due to nearby residents' reluctancy to relocate.

Further financial issues have impacted the project's progress, with the original budget of $670 million (£487m) more than tripling to $2.2 billion (£1.6bn). 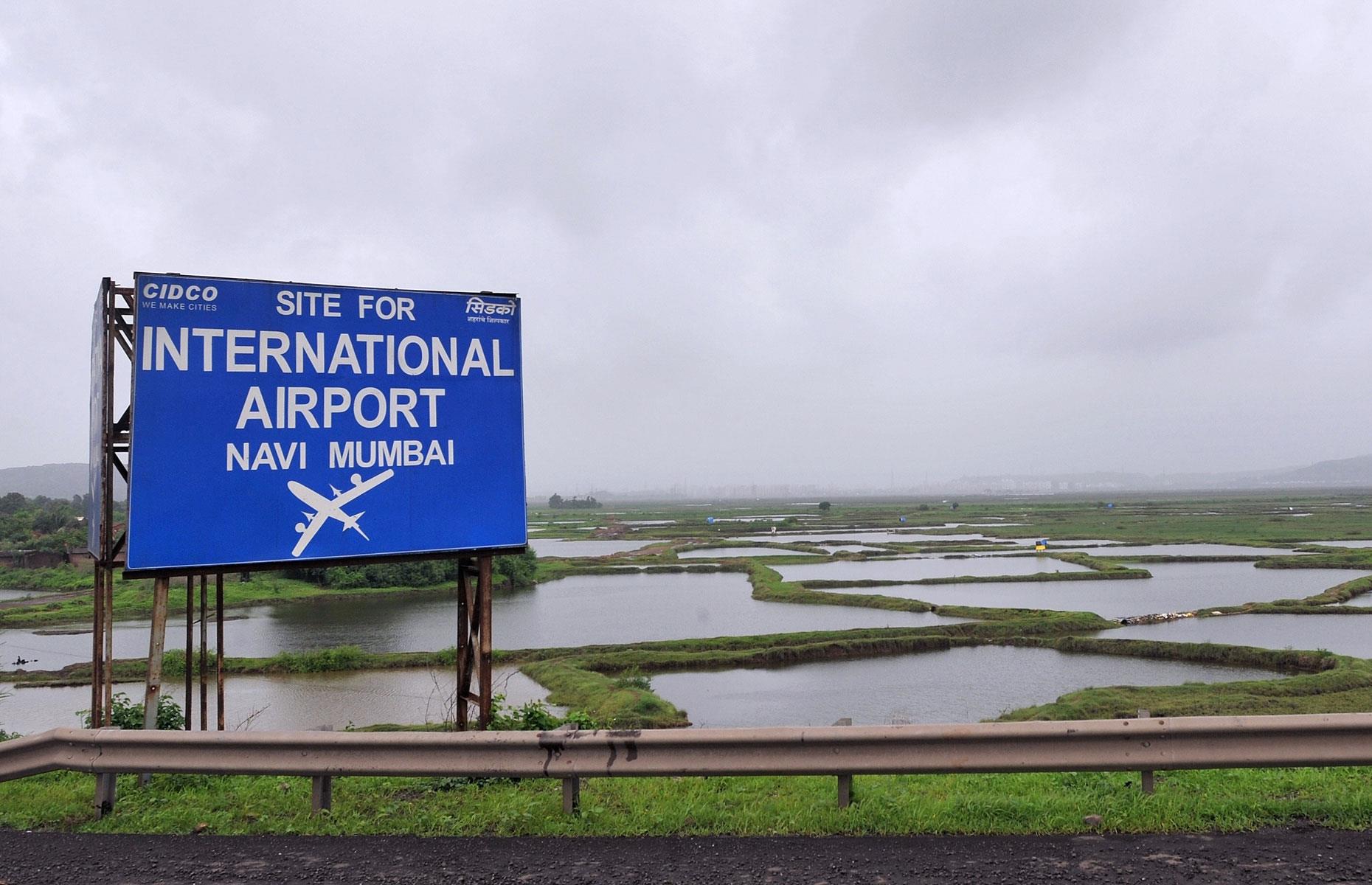 The pandemic also put a stop to construction on the site, with the airport's managing director revealing that the megaproject would be delayed again.

In November 2020, Maharashtra chief minister Uddhav Thackeray set a new completion deadline of May 2021 for the first phase. He also warned that further delays wouldn't be tolerated, with the new airport viewed as crucial for securing future investment in India’s largest planned city.

Despite that sense of urgency, the May deadline came... And went. The most recent timeframe suggests that the airport should be fully operational by 2024, almost three decades after it was first proposed. 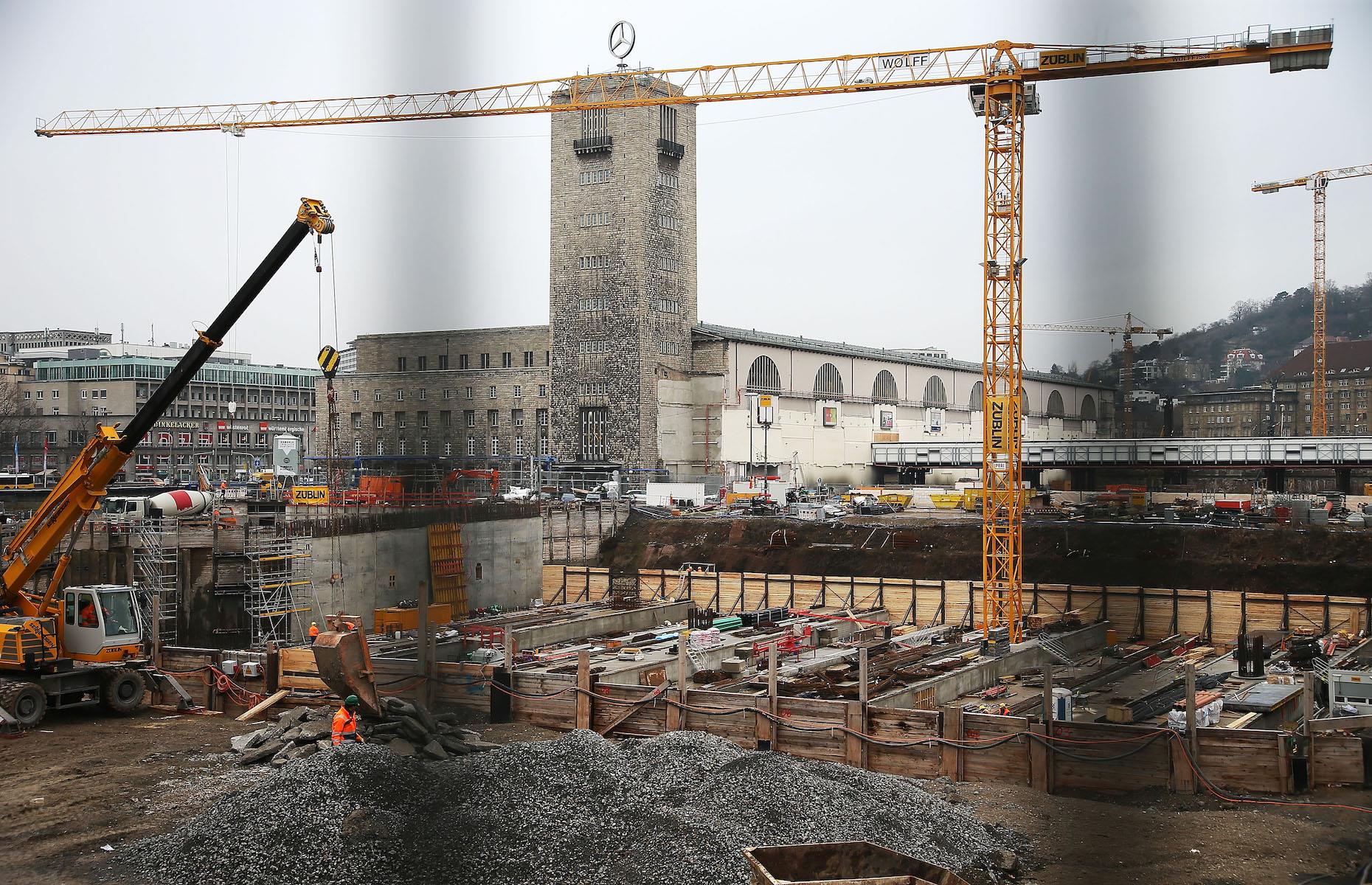 With the goal of overhauling the region's railway system, the Stuttgart 21 project in southern Germany has been controversial from the very start.

The megaproject was officially announced in 1994 with an estimated price tag of €2.5 billion ($3.3bn/£2bn), although construction work didn't actually start until 2010. 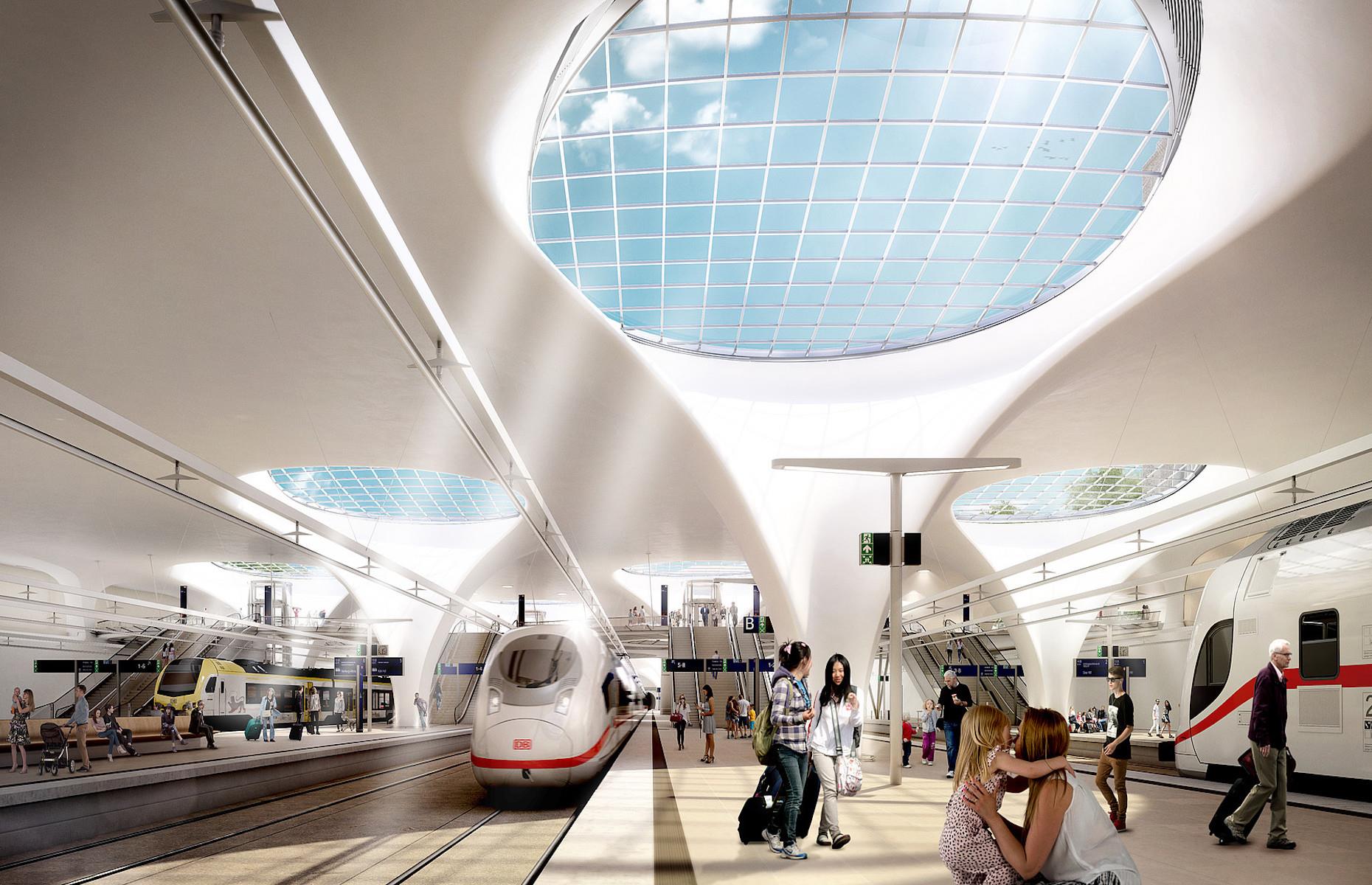 Unexpected increases in construction expenses and environmental regulations – including the relocation of thousands of lizards in 2017 – have delayed the construction of the massive new train station in Stuttgart, along with several of its tunnels and about 50 miles (80km) of new railway tracks.

The initial completion deadline of 2019 couldn't be met and costs have been spiralling out of control. 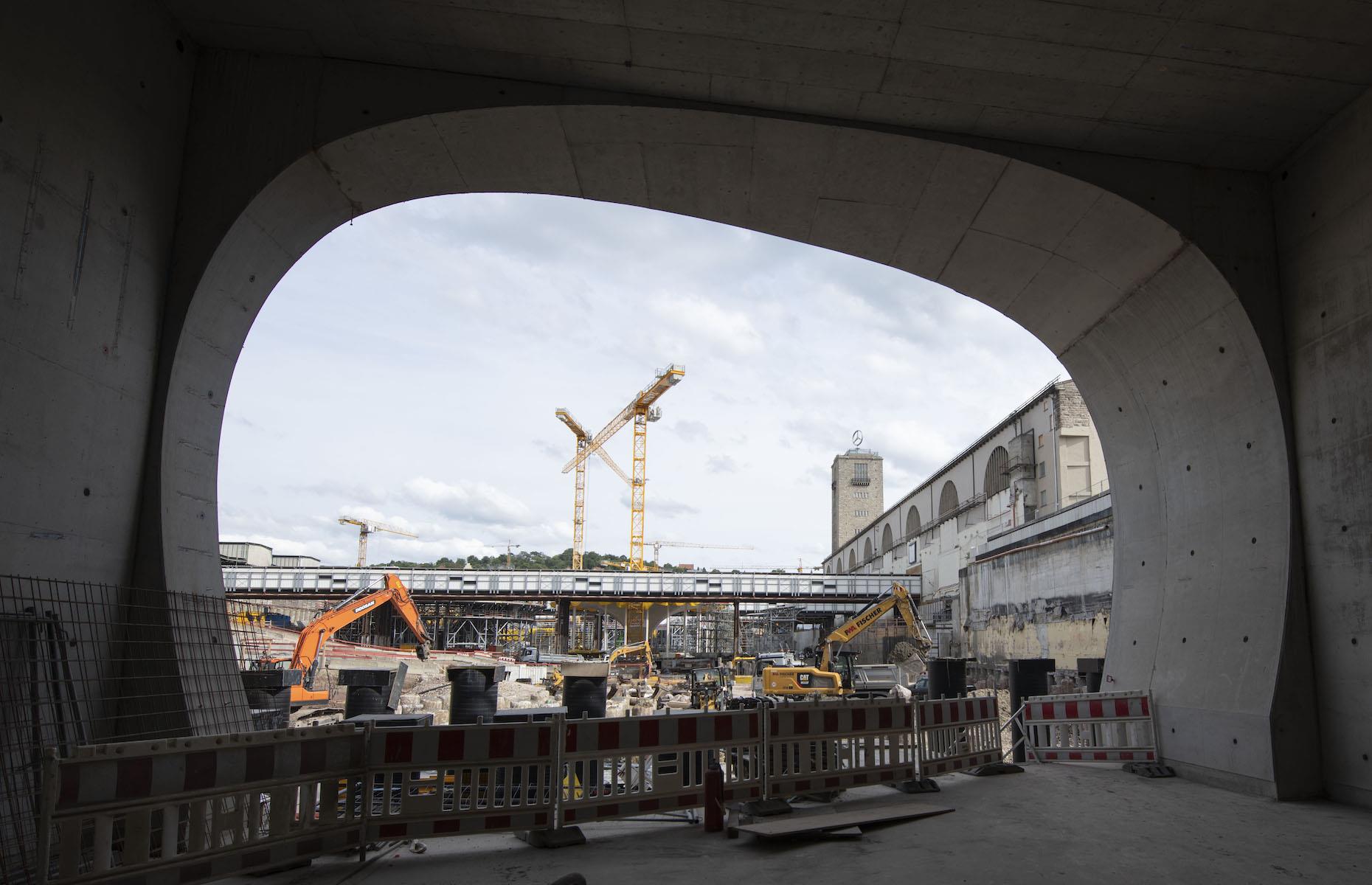 The transformation of the current overground train station into an underground public transport hub is far from complete.

The project is now on-track to be completed by late 2025, with its cost rising further to €9.15 billion ($10.1bn/£7.7bn) thanks to higher prices and increased geological risks.

The EU has announced it will provide an additional €132 million ($133m/£112m) to help build the section between Stuttgart and the town of Wendlingen. 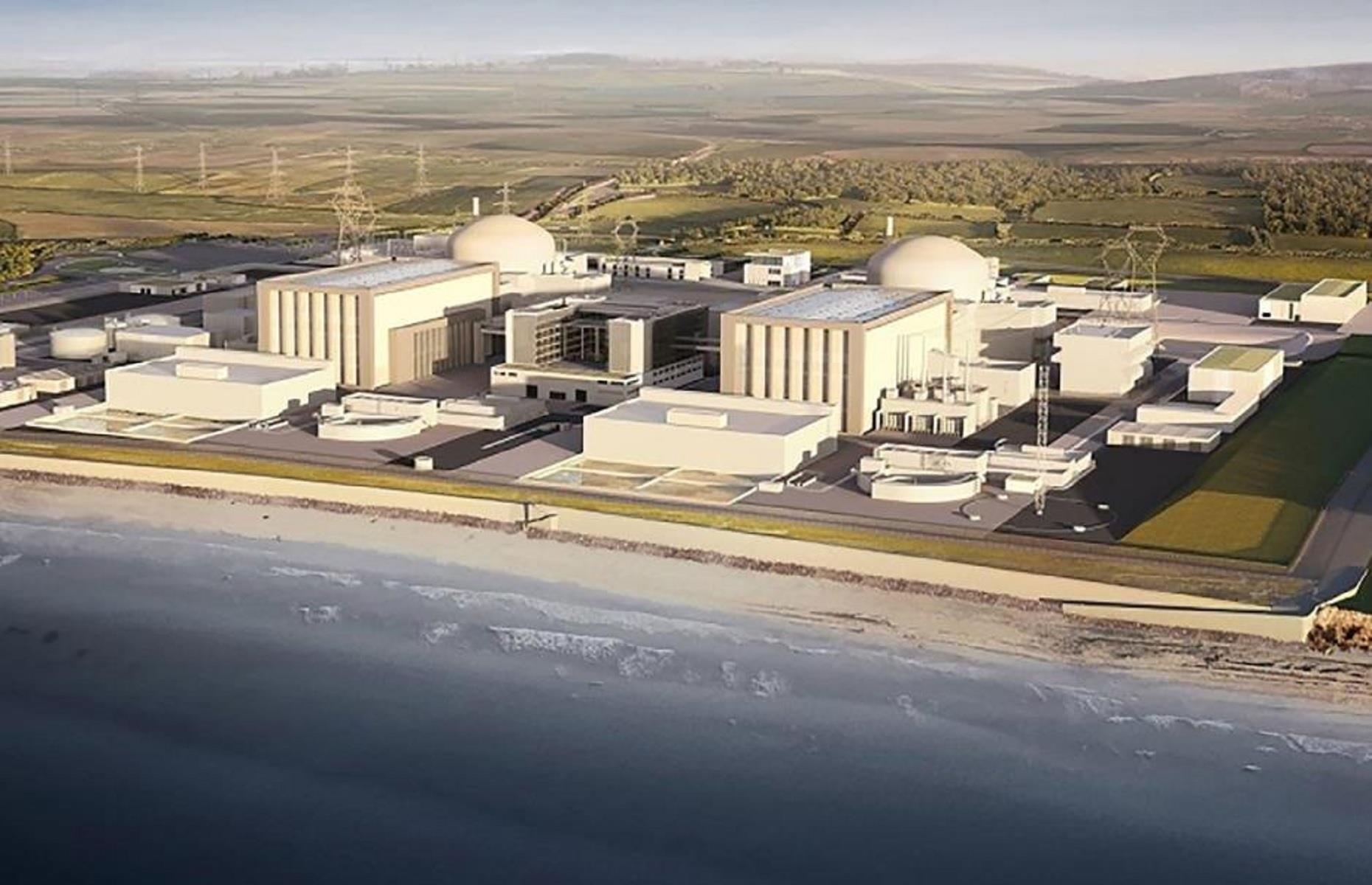 The construction of Hinkley Point C was approved by the UK government back in 2016.

Located in Somerset, England, Hinkley Point C has two accolades to its name: not only is it the first nuclear power plant to be built in the UK in more than 20 years but it's also set to be the world's most expensive.

And the budget for this controversial megaproject keeps going up. In 2016, EDF Energy announced the plant would cost £18 billion. This price tag has been repeatedly revised, with the most recent estimates suggesting it will actually cost between £25 billion and £26 billion ($28.8bn-30bn). That's a potential overspend of £8 billion ($9.2bn). 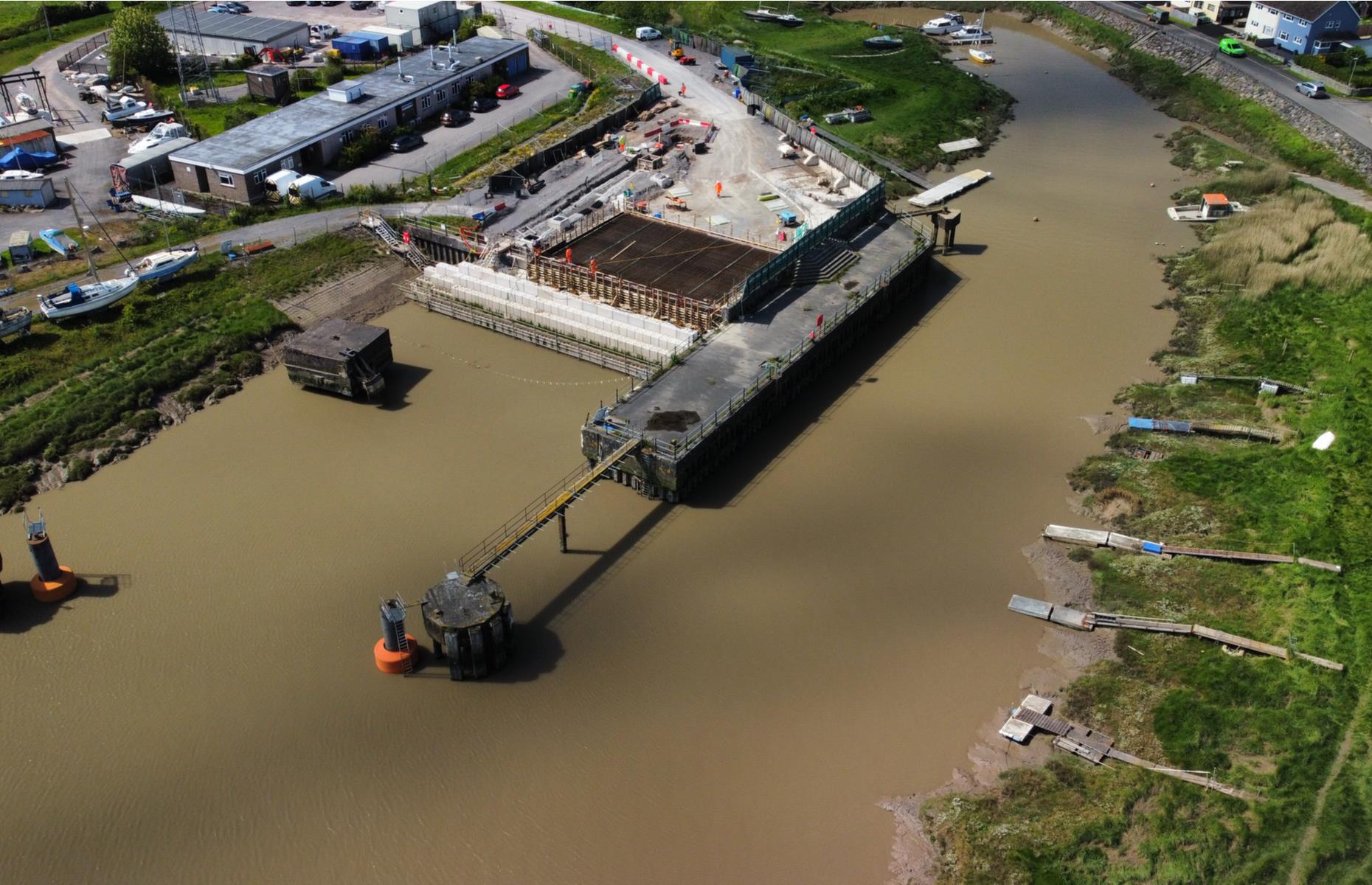 As well as blowing its budget, Hinkley Point C is behind schedule.

But in a statement released in January 2021, EDF announced that it expected Unit 1 to start generating electricity by June 2026, around six months later than its original target of late 2025. 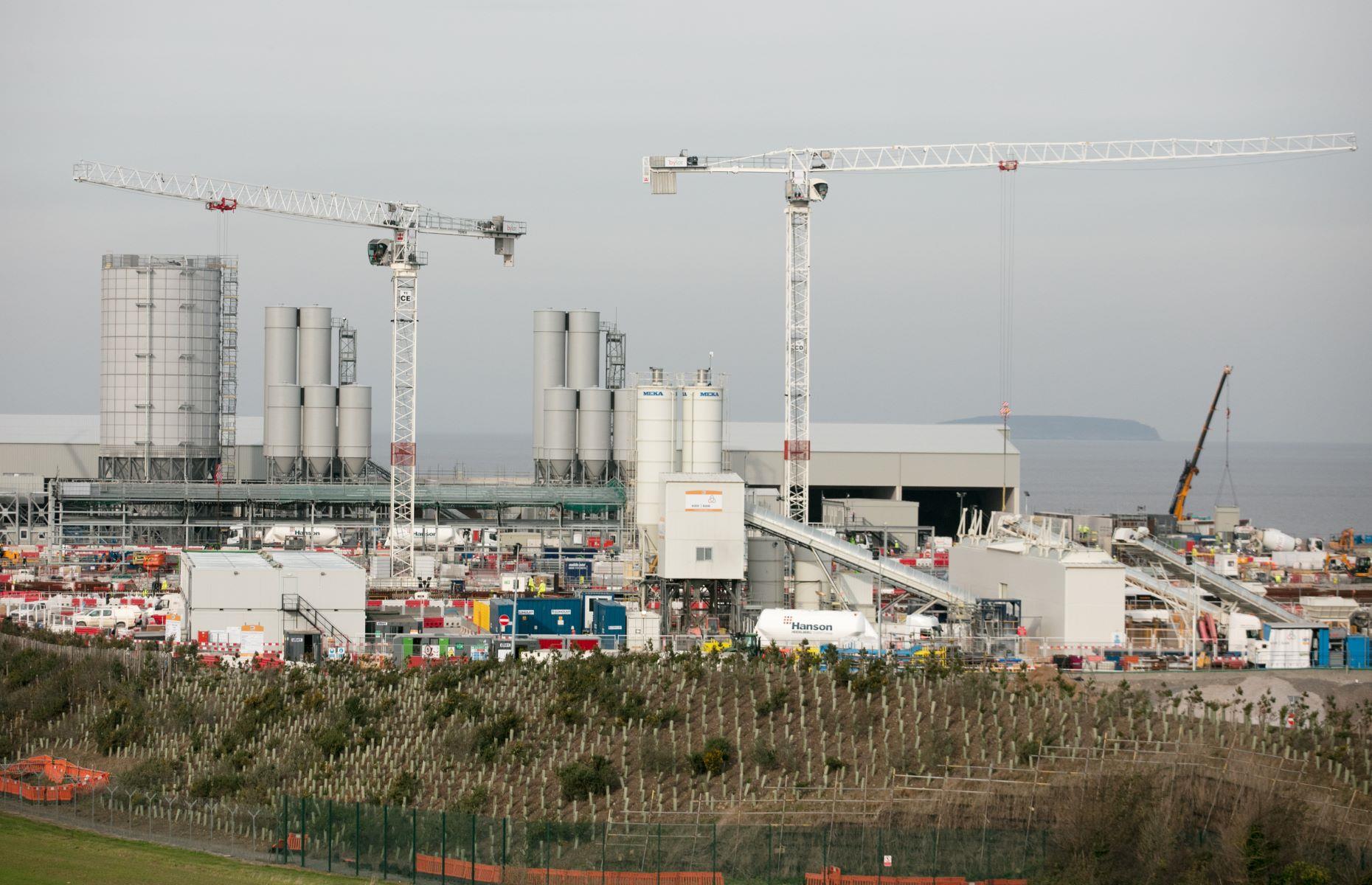 The construction of Hinkley Point C has also been thrown off course by the pandemic.

Speaking at the time, managing director Stuart Crooks said: "During the pandemic, we've monitored our schedule very carefully. At the start of the crisis we postponed some of our work in order to create space and keep people safe on-site. The aim was to bring in additional resources to catch up on that lost time but, 10 months on, it's clear that the pandemic is still in full force".

Some progress has been made though. At the end of 2020, the world's largest crane, dubbed "Big Carl", lifted 575 tonnes to install three steel rings that will reinforce the walls of the nuclear reactor.

Speaking to the Daily Express, one of the authors who carried out the corrosion study said: "There is a high probability that the same problem does exist on [other] reactors, including those at Hinkley Point". 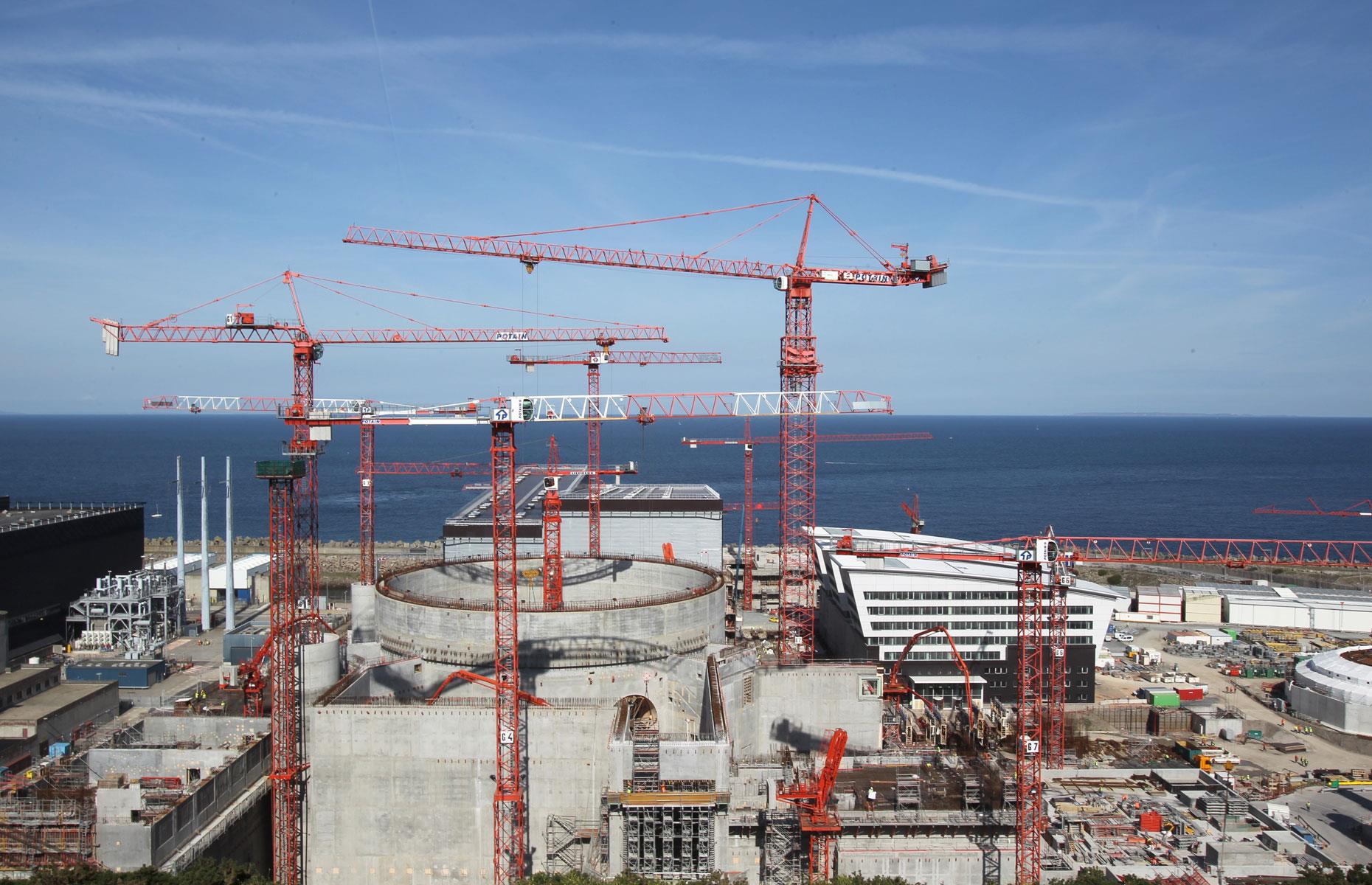 Construction began on a new reactor at the Flamanville Nuclear Power Plant in northern France in December 2007. 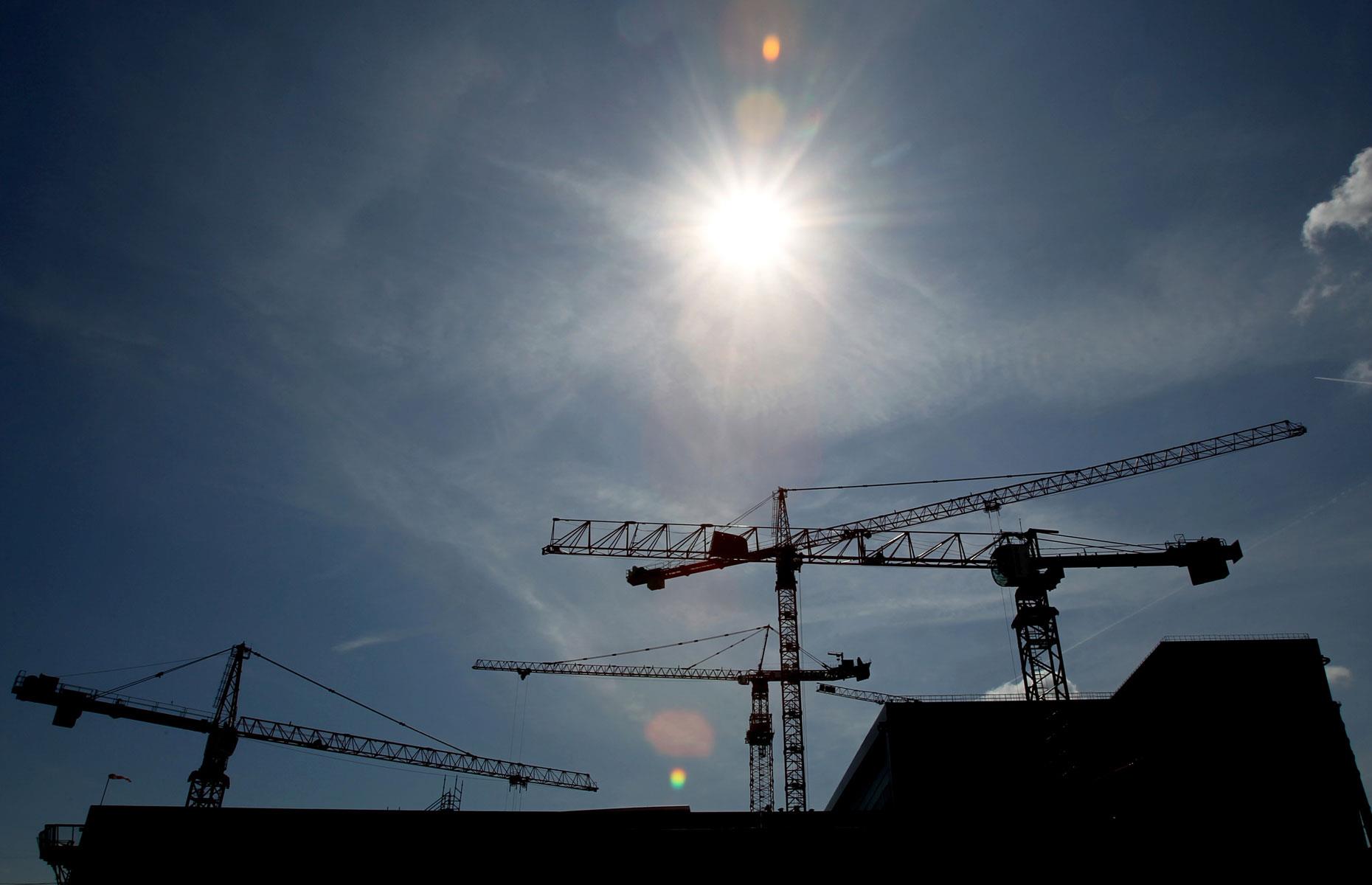 Commercial operations were meant to have started in 2012.

Yet a plethora of problems ranging from safety concerns to equipment issues have put a major spanner in the works, delaying the project significantly and adding billions to the cost... 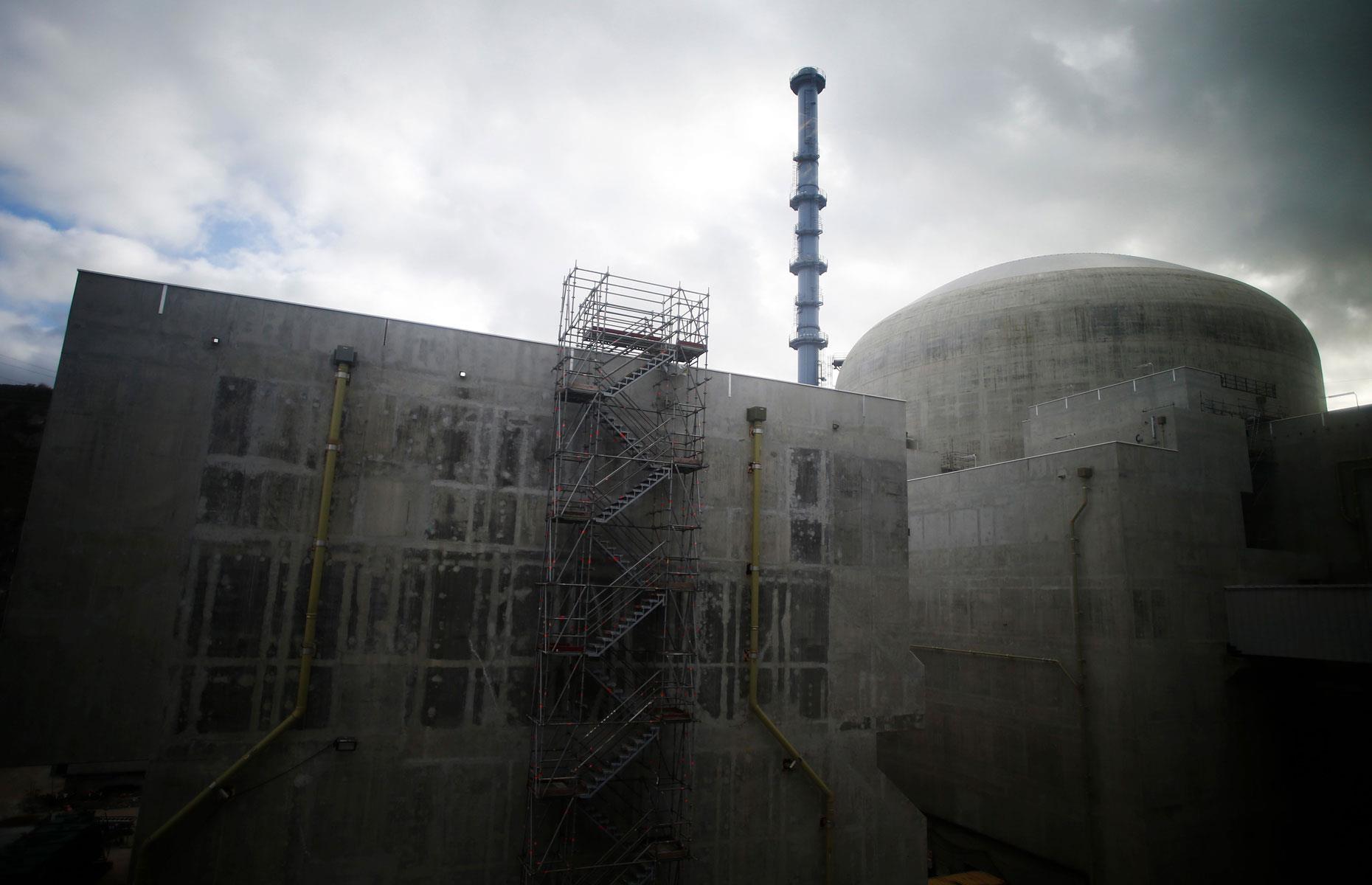 An initial decree from the French government stated that fuel loading at the new reactor must be completed within 13 years of the construction work starting in 2007. However, a new decree was published in March 2020 that extended that initial deadline to April 2024. The loading of fuel into the reactor is now expected to happen by the end of 2022.

In January this year, the project's schedule was altered again. The commercial start-up of the reactor is now expected at the end of 2023, a timeframe that should give EDF enough time to fix problems that include 110 faulty welds and corroded safety valves, according to Montel Group.

Meanwhile, the news that some EDF reactors are starting to corrode could cause further delays – and even higher costs... 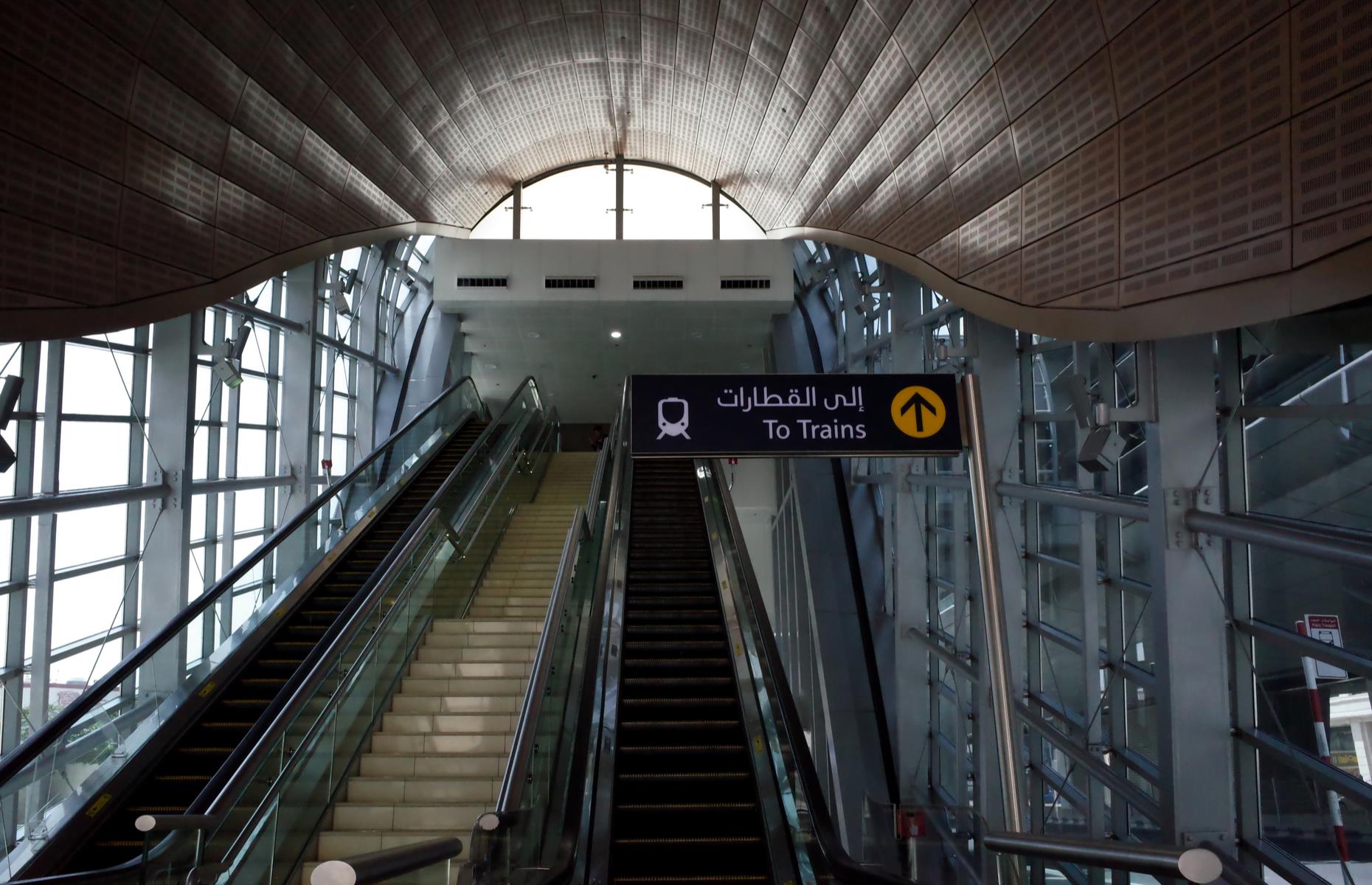 The total length of the track will be 1,353 miles (2,177km), with each state organising the construction of the project within its own territory.

Plans were originally approved back in 2009 and original estimates suggested the line would cost around $14 billion (£10.5bn) and be operational by 2018. 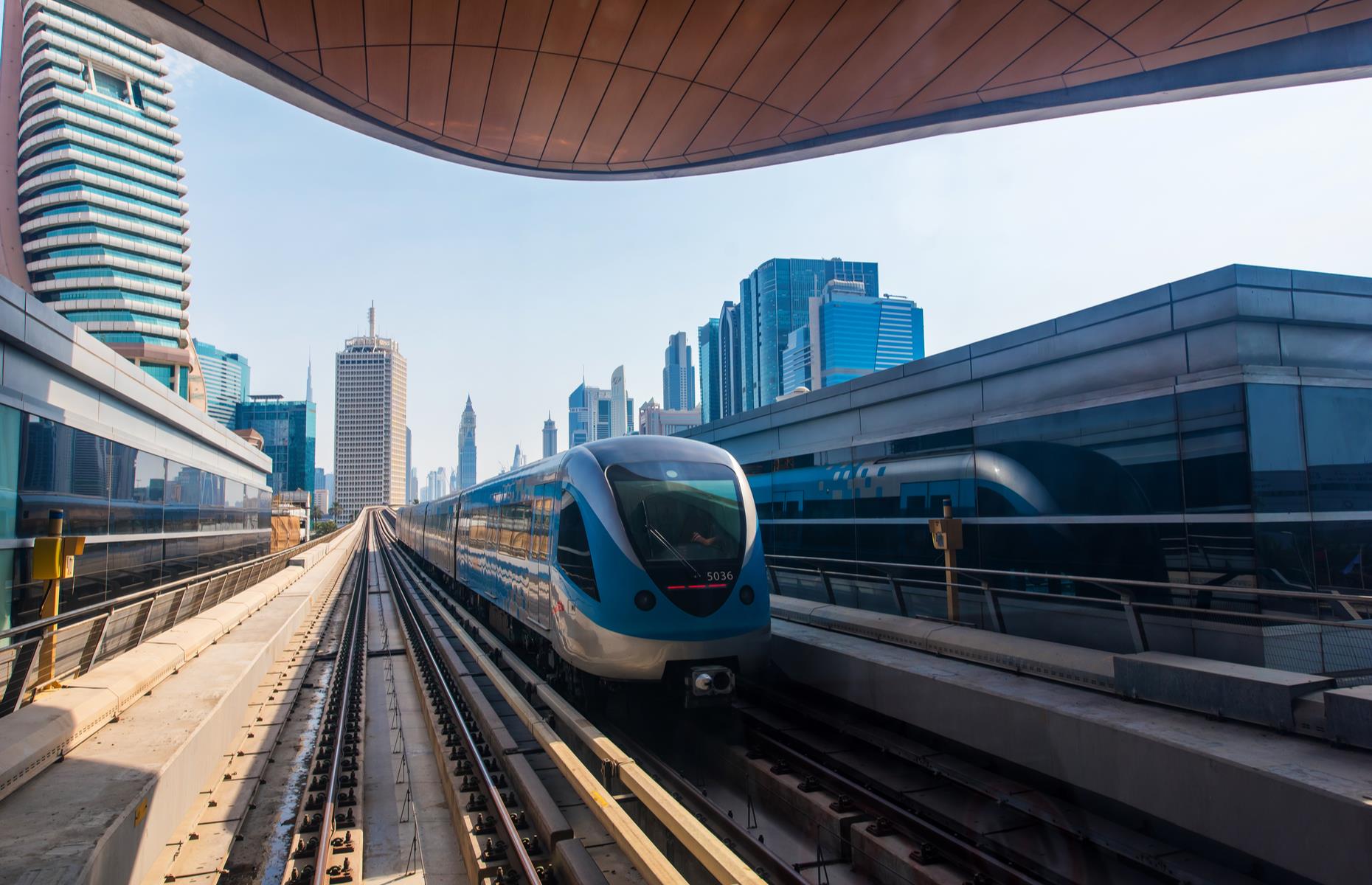 However, that hasn't been the case and the total cost of the project, which is split between the six involved nations, is now tipped to be around $250 billion (£221bn).

In 2016, Dr Sulaiman al-Hamdan, the then-Minister for Transport in Saudi Arabia, announced that a large portion of the project in his country had been completed. However, conflicting sources suggest that the construction work hadn't even begun. 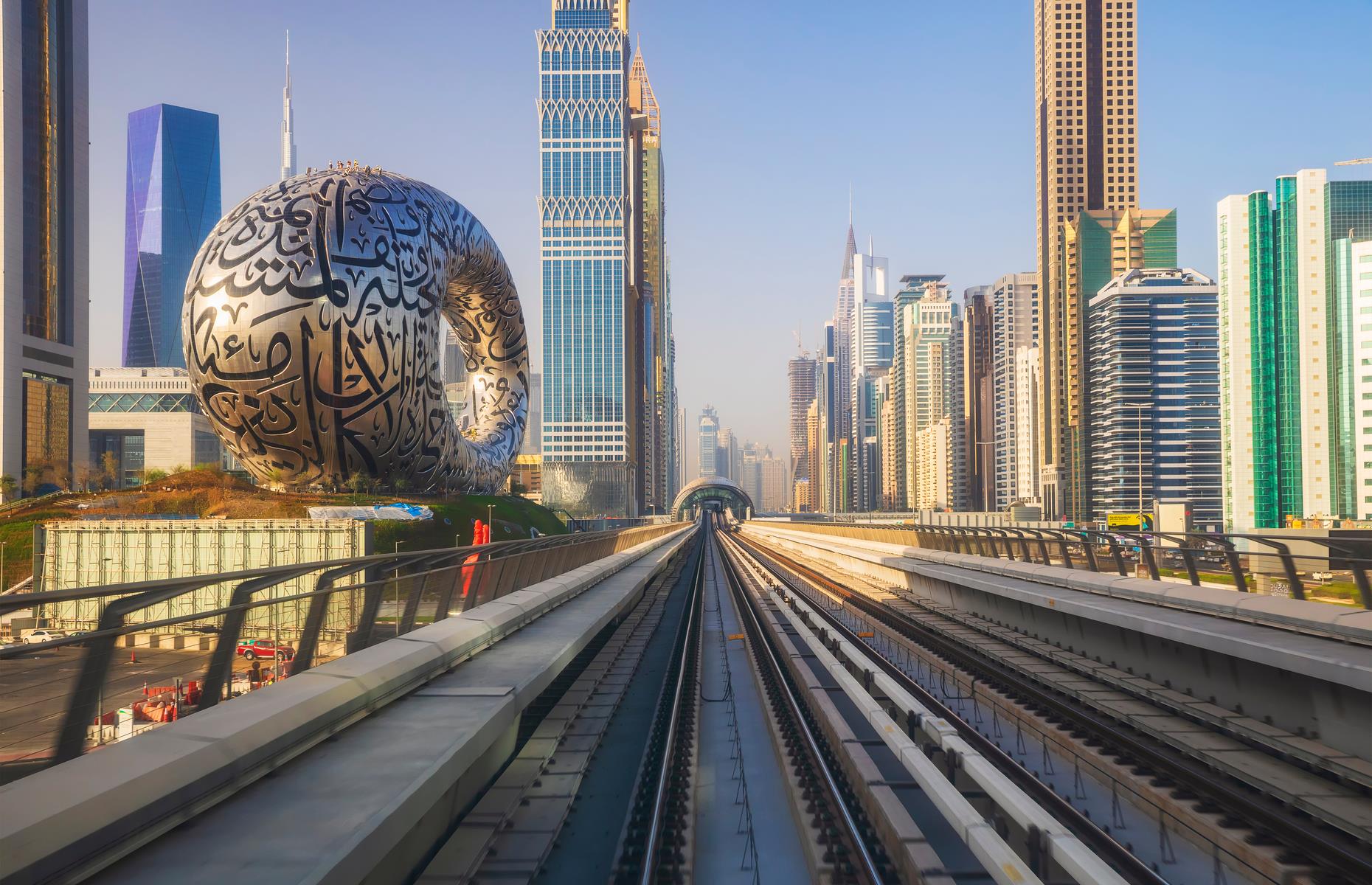 Investment in railway infrastructure is going ahead in some areas, though.

In March this year, a new 159-mile (256km) line linking Dubai and Abu Dhabi to the main railway network, Etihad Rail, was unveiled.

Featuring 29 bridges and 60 crossings, the new line is apparently the first of several that will link the rest of the Emirates to a central transport hub. 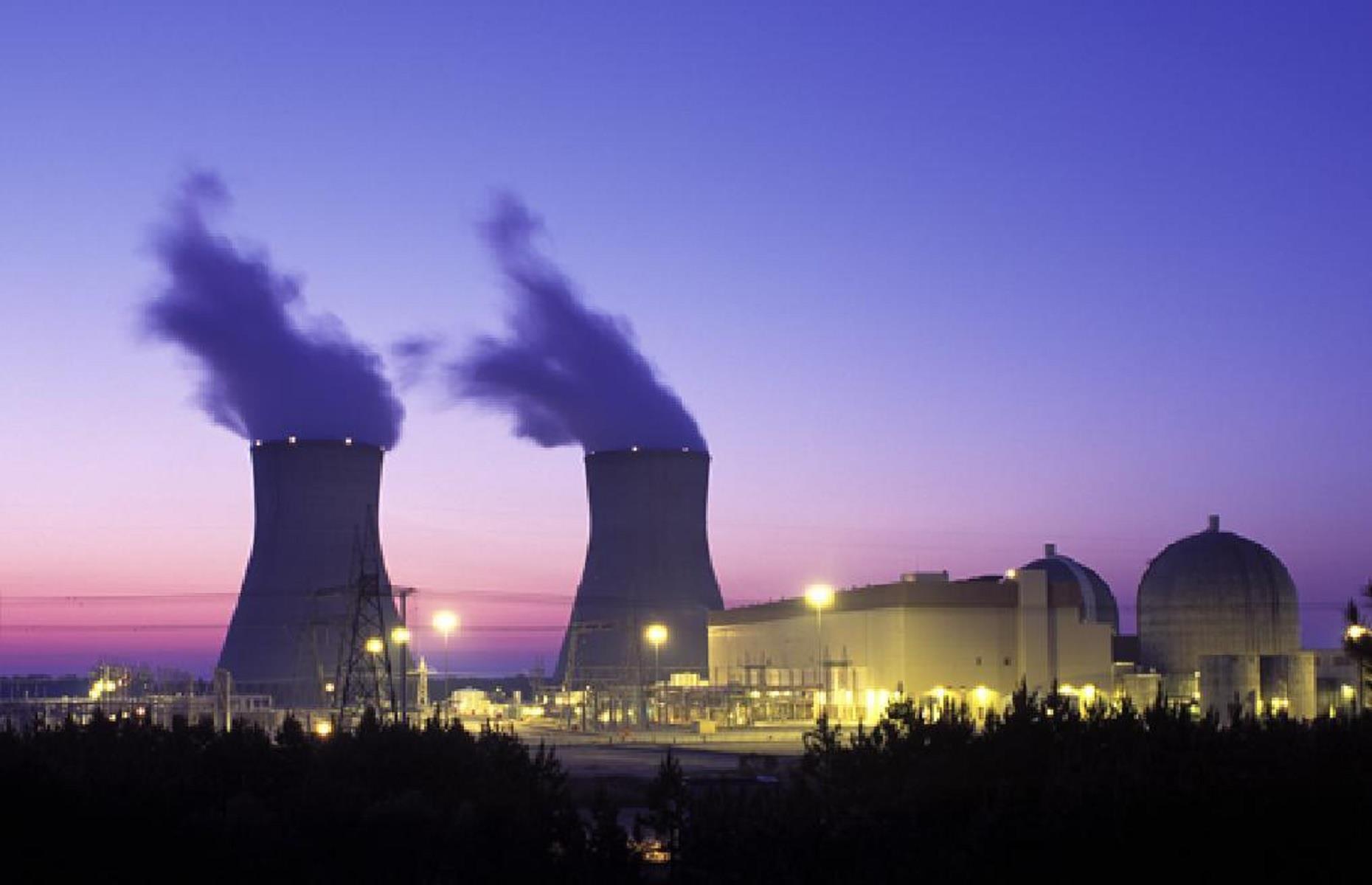 Located in Burke County, Georgia, the Vogtle Electric Generating Plant is a nuclear power plant that became operational in the 1980s.

Units 1 and 2 of the plant consist of a pressurised water reactor, steam turbine, and electric generator that collectively generate 2,430 megawatts of electricity. That's comfortably enough to power more than half-a-million homes.

In 2006, the site applied to build Units 3 and 4, which would allow it to increase its nuclear capacity. But although the plans were approved back in 2009, progress has so far been slow and expensive. 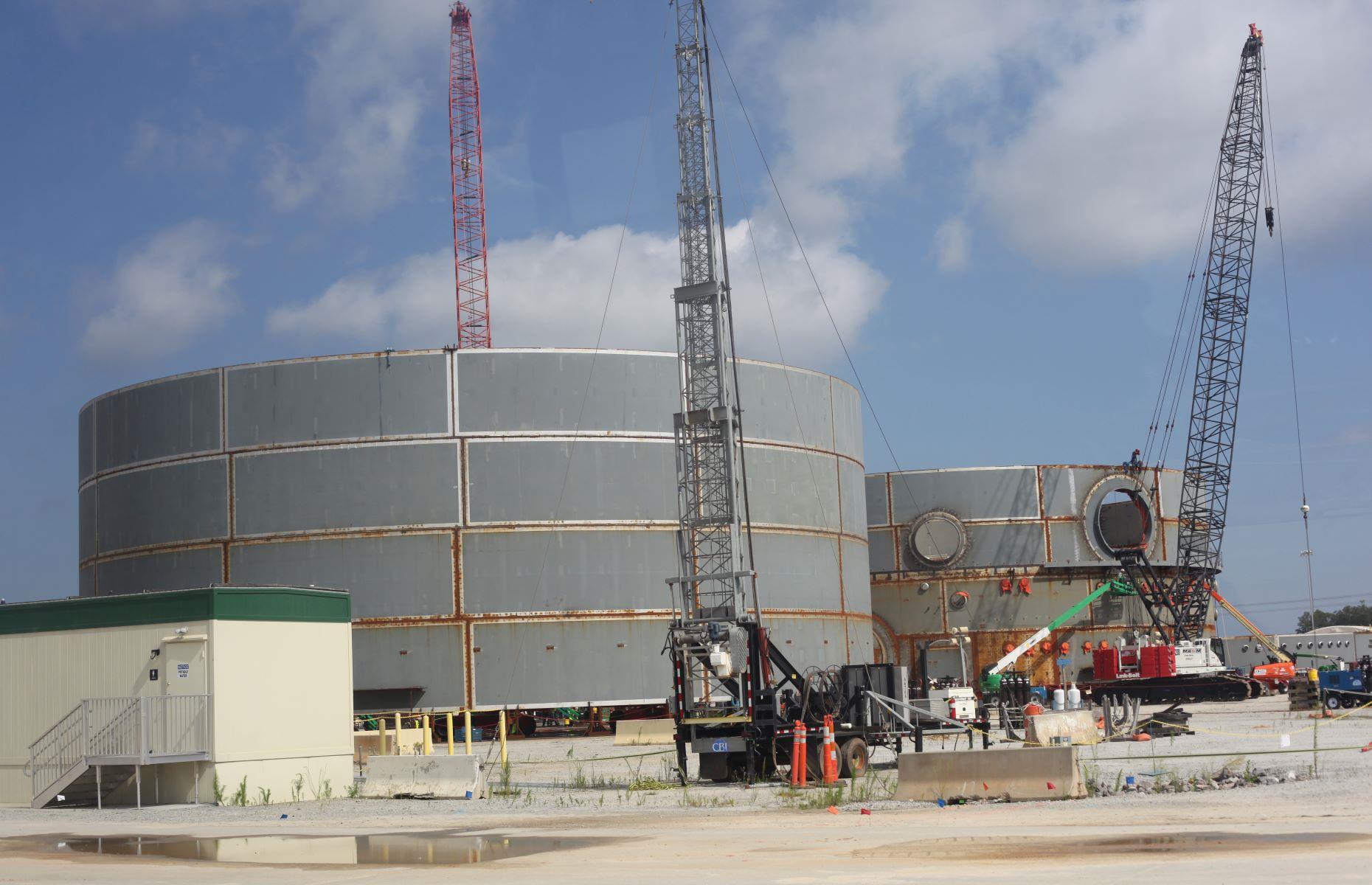 The new units, which will stand at almost 600 feet (180m) tall, are the first nuclear power plants to be built in the United States for more than 30 years.

According to the plans, Unit 3 should have been operational in 2016 and Unit 4 should have followed in 2017.

But Japan's 2011 Fukushima disaster caused progress to stall, with anti-nuclear campaigners filing a lawsuit against the plant due to safety concerns. 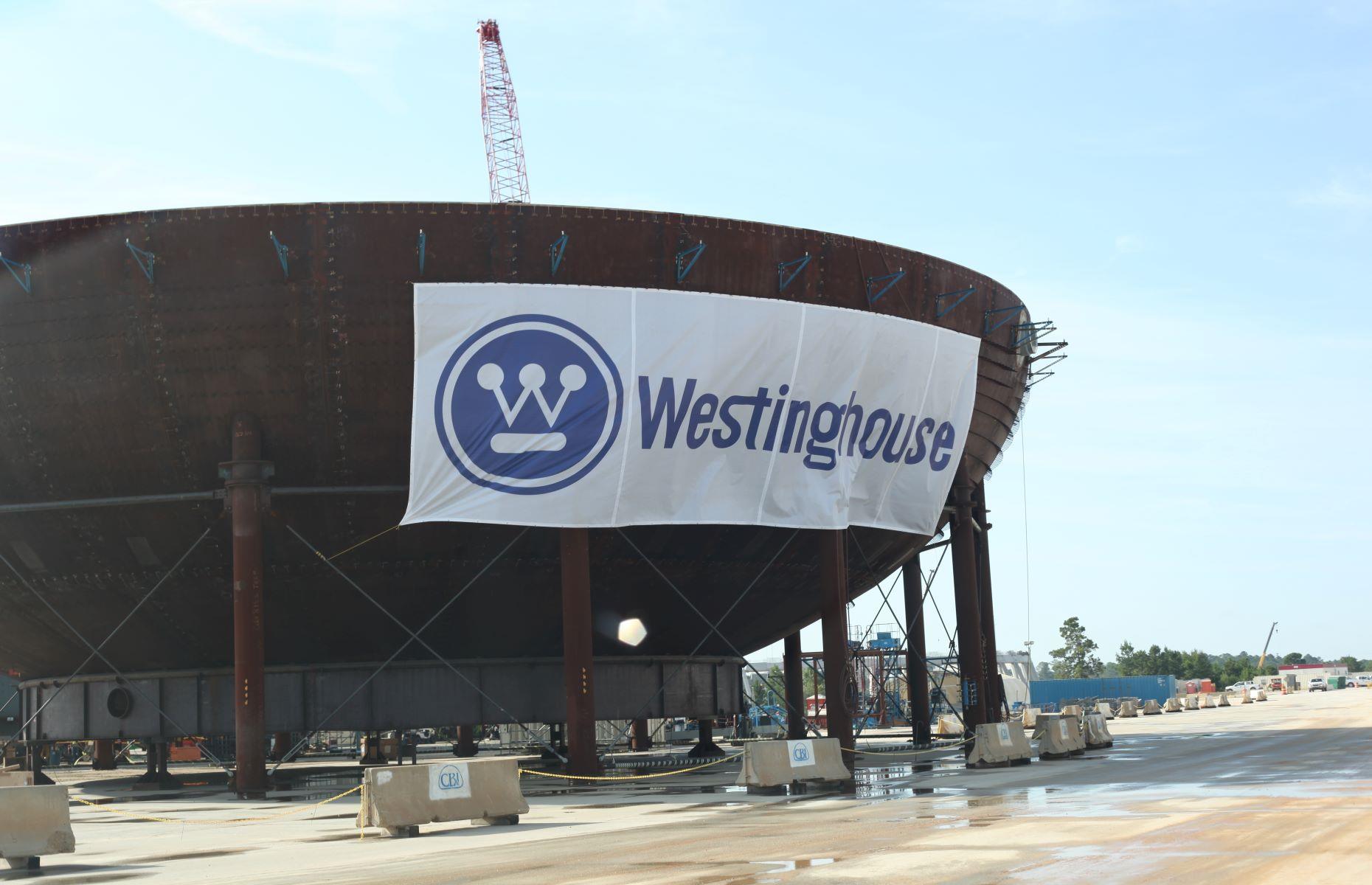 To make matters worse, the American nuclear power company Westinghouse – which was responsible for designing, engineering and managing the megaproject – went bankrupt in 2017.

The work was taken over by Southern Nuclear but further delays have followed. Current estimates suggest Unit 3 won't be ready until the first quarter of 2023, with Unit 4 finalised later that year. Previous estimates suggested the Units would be ready in Q3 2022 and Q2 2023 respectively.

Spiralling costs have prompted two of the project's partners, Oglethorpe Power Corp. and the Municipal Electric Authority of Georgia, to file a lawsuit against Georgia Power. So far, it's been agreed that Oglethorpe can freeze its capital spending in exchange for reducing its ownership share from 30% to 28%. 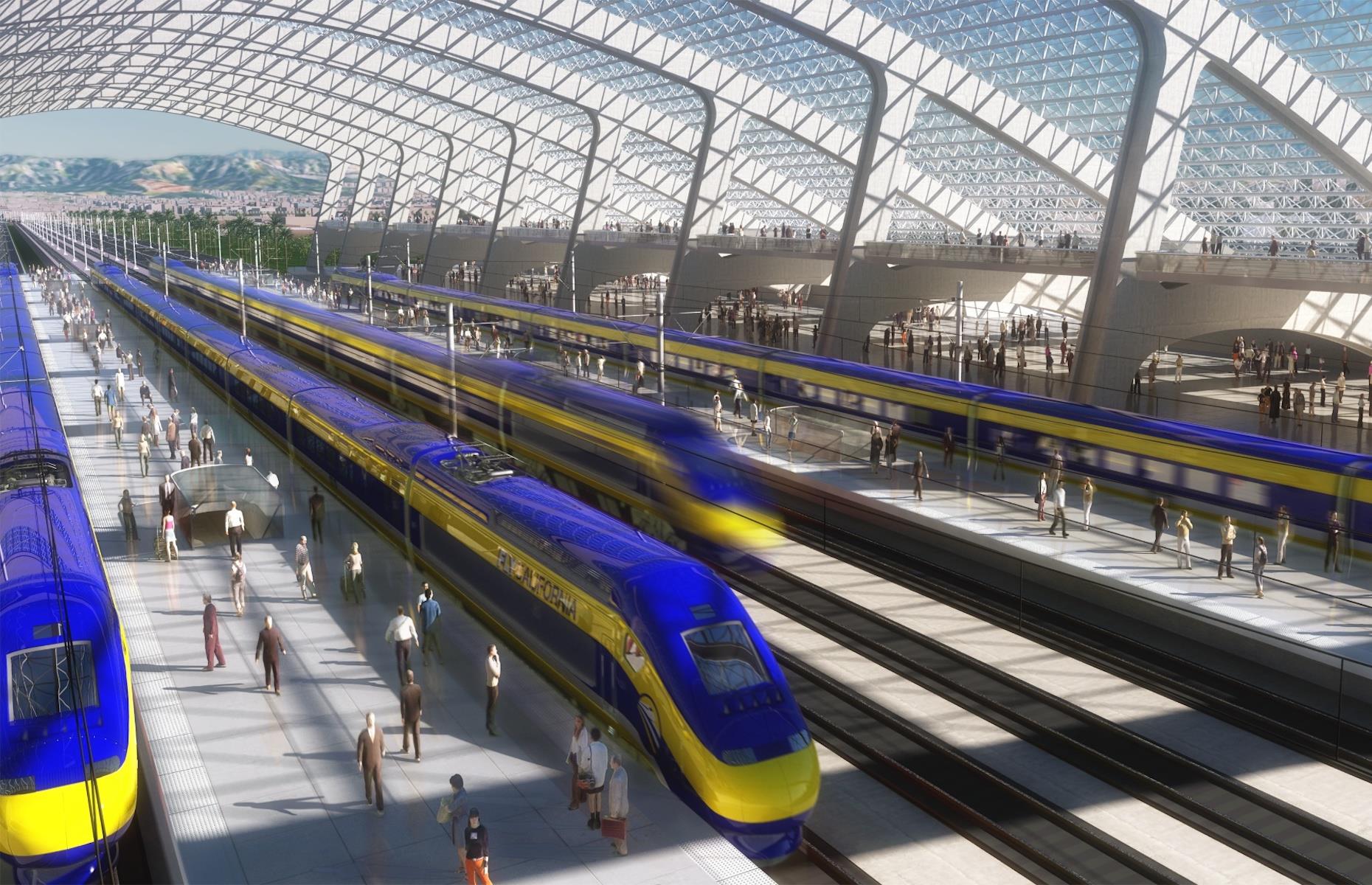 Since the early 1980s, California has been planning to connect the state's largest cities via a high-speed train line.

With an estimated total cost of $40 billion (£29.4bn), the project promised to take travellers from Los Angeles to San Francisco in just two hours and 40 minutes. 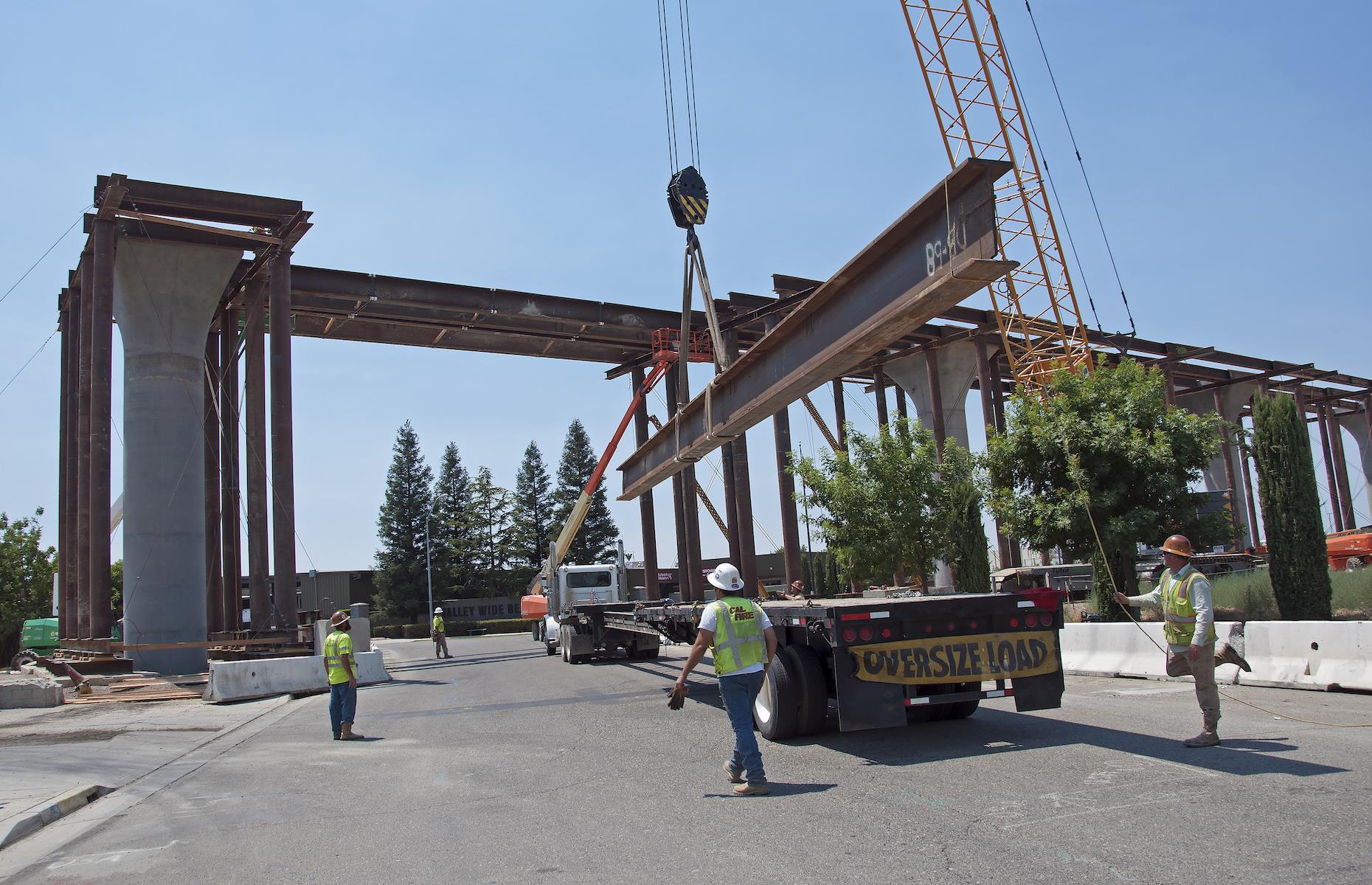 However, the megaproject has been delayed by protests, lawsuits, and planning issues from the outset. Construction on a 119-mile (191km) segment finally began in 2015, almost three years behind schedule.

In February 2022, the project's budget was increased by an extra $5 billion (£3.7bn) in order to distance the train from the Cesar E. Chavez National Monument in the Central Valley and to tunnel new tracks near Burbank airport. 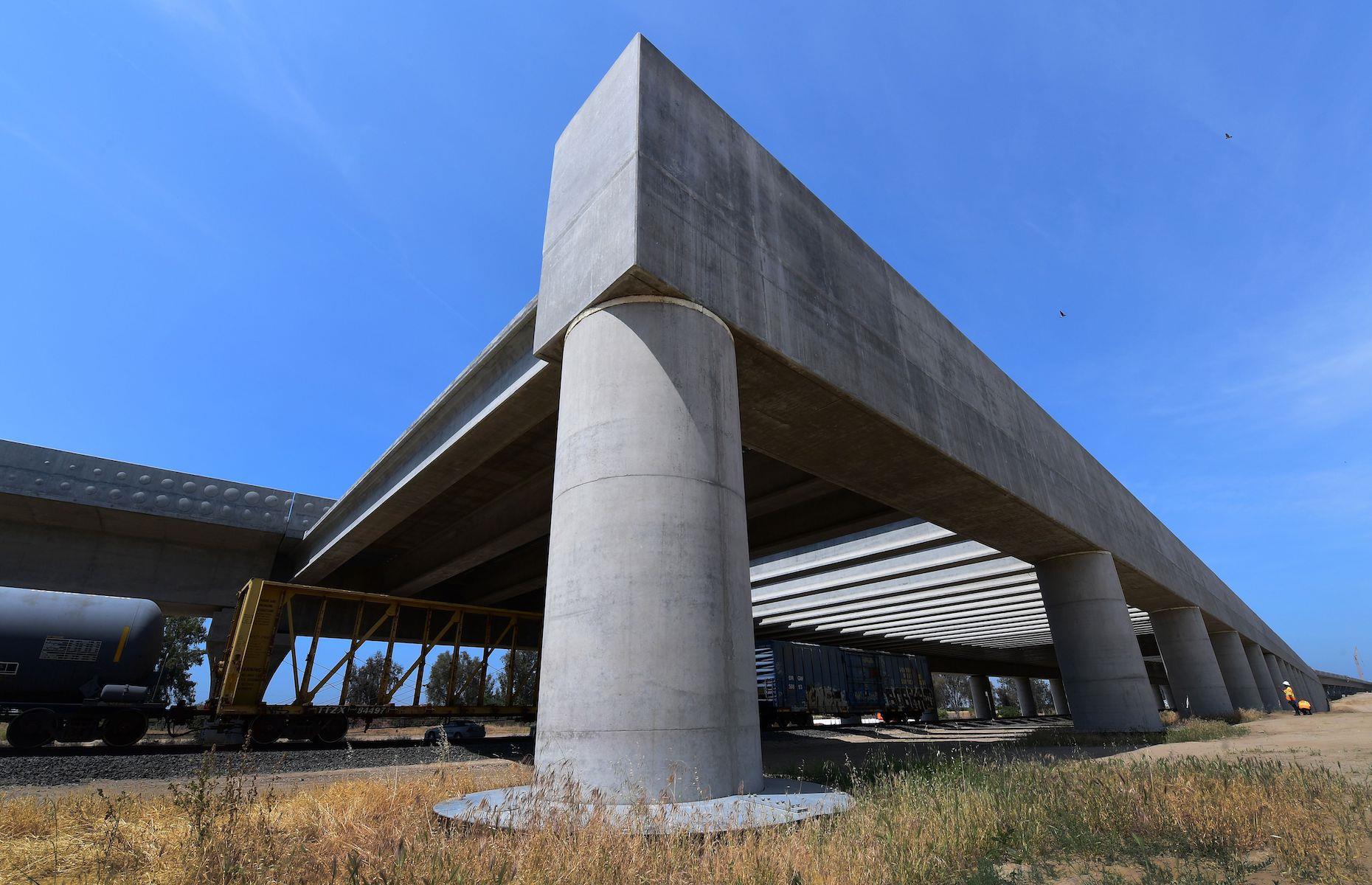 The election of President Biden has proven to be good news for this megaproject. In May 2019, the Trump administration cancelled a near-$1 billion grant, with the pandemic also resulting in a cut to funding.

According to the Associated Press, however, Biden has since reinstated the funding that was revoked in 2019, enabling the project to steam ahead.

As of summer 2022, around 422 miles have been environmentally cleared, with the last two sections of the project planned to commence construction in 2023.

With 119 miles currently under construction, the first phase of the project is due to open in 2033. 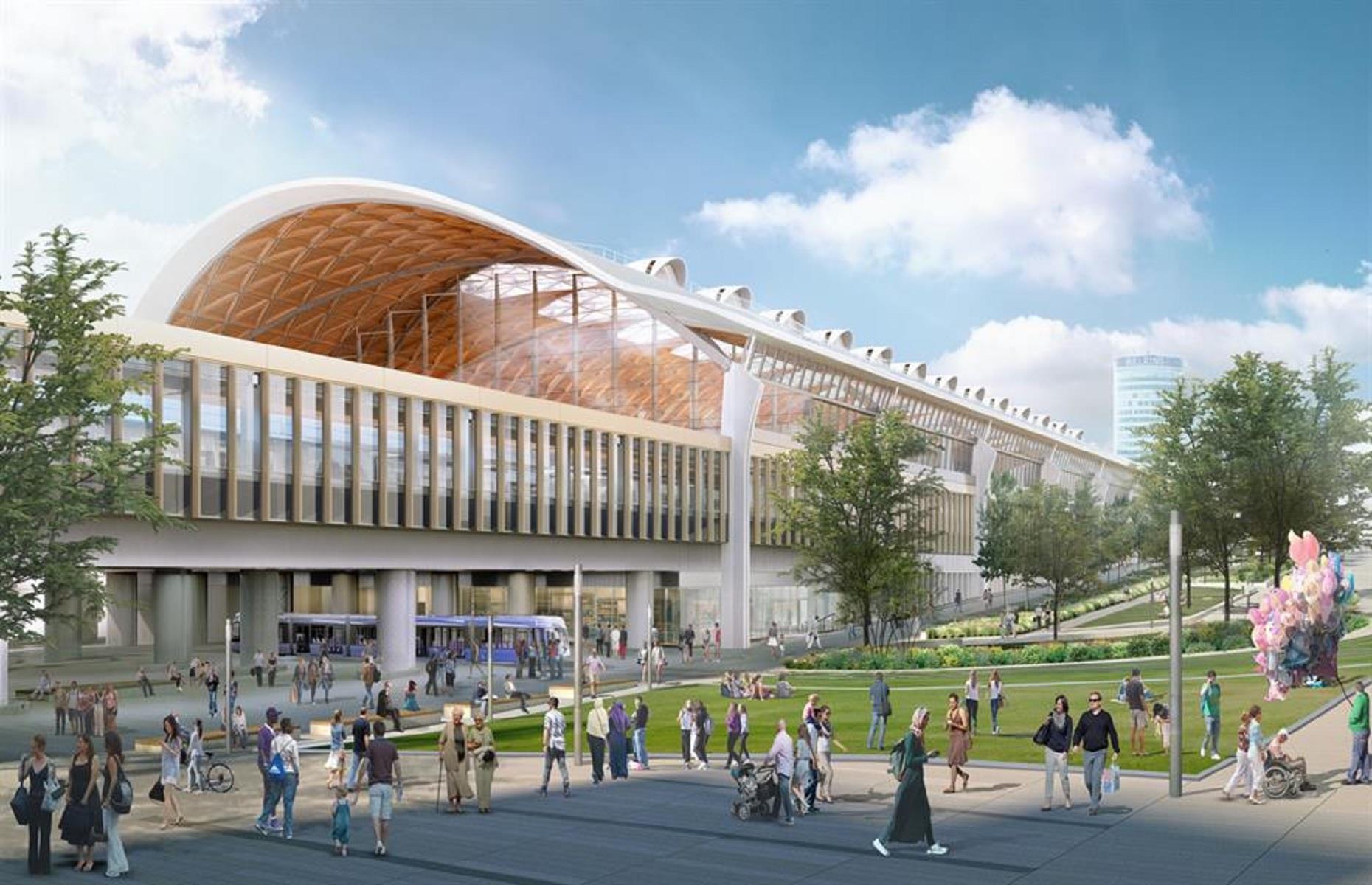 High Speed 2, perhaps better known as HS2, is a high-speed railway line that's currently under construction in the UK.

When finished, this 330-mile (530km) railway will connect London to Northern cities, including the likes of Manchester and Birmingham.

The plan was originally proposed in 2009, with a route agreed upon the following year. Authorities announced that Phase One of the megaproject, which would carry passengers between London and Birmingham in 52 minutes, would be up and running by 2026.

But 12 years after the plans were first unveiled, work on the initial phase has fallen off the tracks... 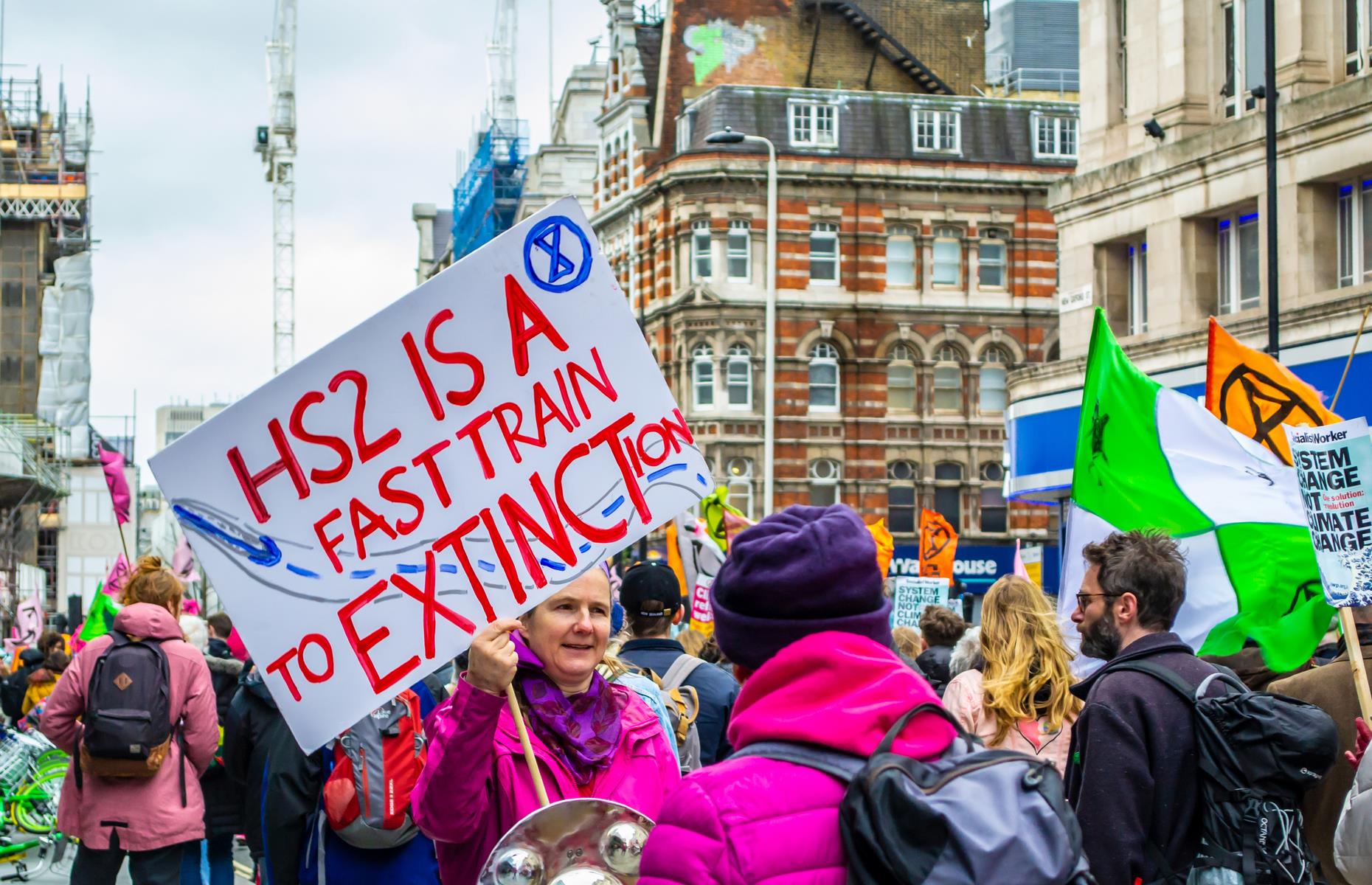 The controversial megaproject has been met with fierce opposition due to its environmental impact and eye-watering price tag.

Construction of the railway line will destroy almost 900 properties, 1,000 businesses, and 60 historic woodlands.

And although HS2 has been billed as an eco-friendly alternative to cars, carbon modelling has suggested that the project's carbon dioxide emissions will actually exceed any potential savings.

Widespread protests have contributed to HS2's ever-extending timeline, while unforeseen costs have caused the budget to balloon. 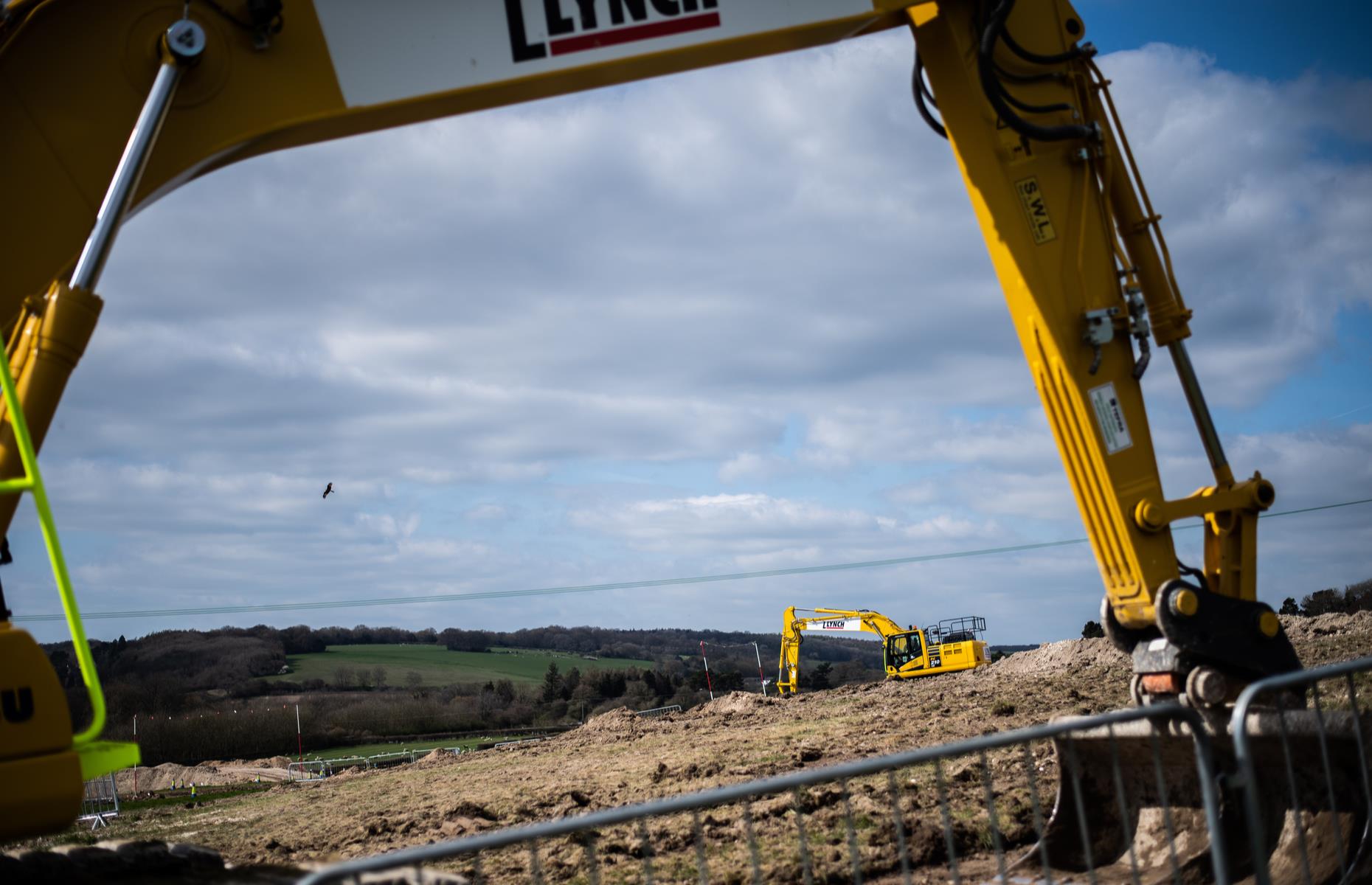 HS2, UK: costs spiral as route is cut back

Barely a month after construction officially began in 2020, the cost of the railway had already rocketed by £800 million ($1.1bn), partly to remove asbestos found along the route. The opening date of Phase One has now been pushed back from 2026 to sometime between 2029 and 2033, while Phase Two has been rescheduled from 2032 to 2035-2040.

A third phase, which would have carried passengers between London and the northern city of Leeds, has been scrapped entirely – and now, many people are calling for the project to be canned altogether.

According to data quoted by British newspaper The Telegraph, 52% of Conservative voters in the UK believe that the government should pull the plug on HS2 amid skyrocketing costs.

If you think these projects are bad, check out these billion-dollar wastes of money.