People who just missed out on making an absolute fortune 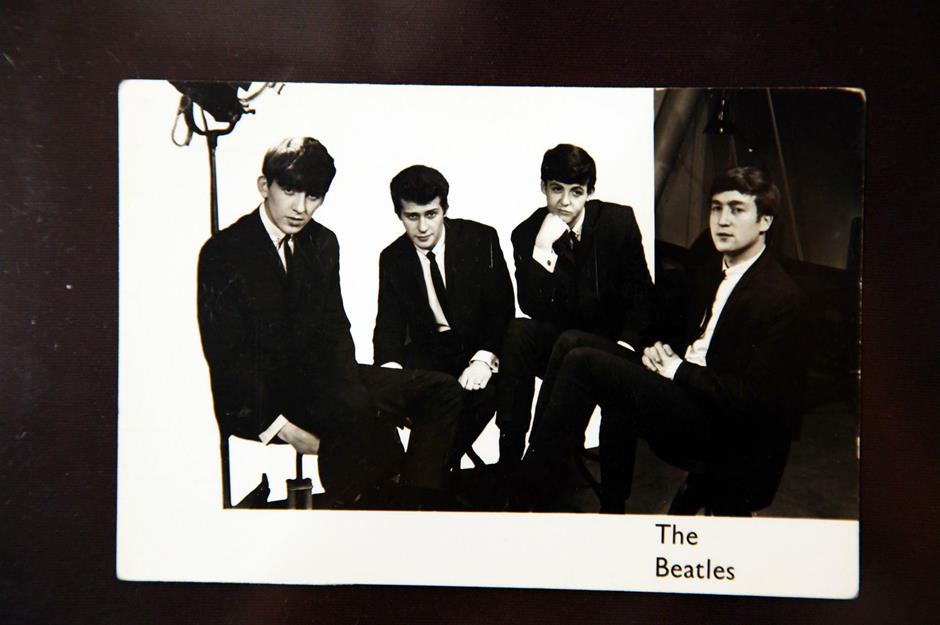 Astrid Stawiarz/Getty Images
From being fired to quitting to not living up to early promise, here are some salutary tales of people from the business, entertainment and sporting worlds who missed out on fame and fortune.

Keystone Features/Getty Images
In the early days of Pink Floyd, it wasn't David Gilmour or Roger Waters who was the frontman, but Syd Barrett (pictured front). The principal songwriter for the group came up with the band's name, and was the genius behind tracks such as 'Arnold Layne' and 'See Emily Play'.

Patrick Seeger/PA Archive/PA Images
However, the mastermind of their first album The Piper at the Gates of Dawn started behaving more and more erratically. It's thought that his heavy use of the psychedelic drug LSD was to blame for his increasingly strange behaviour. Barrett was later pushed out of the band in 1968. After a minor solo career, Barrett moved back to Cambridge to live with his mother in relative obscurity until his death from cancer in 2006.

YouTube / ABC News
Before he launched Facebook, Mark Zuckerberg created Facemash with his friend Joe Green. The prank website pitched two pictures of women from their Harvard University campus against one another for users to decide which one was more attractive, and got Zuckerberg and Green in trouble. So when Zuckerberg asked Green to work on Facebook with him, Green's father told him to stay away and he did, according to an interview Green gave to ABC News in 2012.

KAREN BLEIER/AFP/Getty Images
Little was Green to know that Facebook would become a global social media phenomenon, and that the 4-6% of shares he estimates that he would have had would have been worth around $3 billion (£2.3bn) today. Green went on to advise the company as well as found two other companies: Causes and Nationbuilder.

Instagram / @nodoubt
Unlike Pink Floyd's Syd Barrett, Eric Stefani wasn't pushed out of his band No Doubt. He was a founding member of the group, forming it with friends and asking his sister Gwen to join on vocals. But Eric bowed out after helping to write No Doubt's breakthrough album Tragic Kingdom in 1995.

Instagram / @nodoubt
This meant that Stefani (pictured second from left) missed out on the limelight and riches that his sister and other band members experienced. Instead, he focused on his career as an animator for The Simpsons. 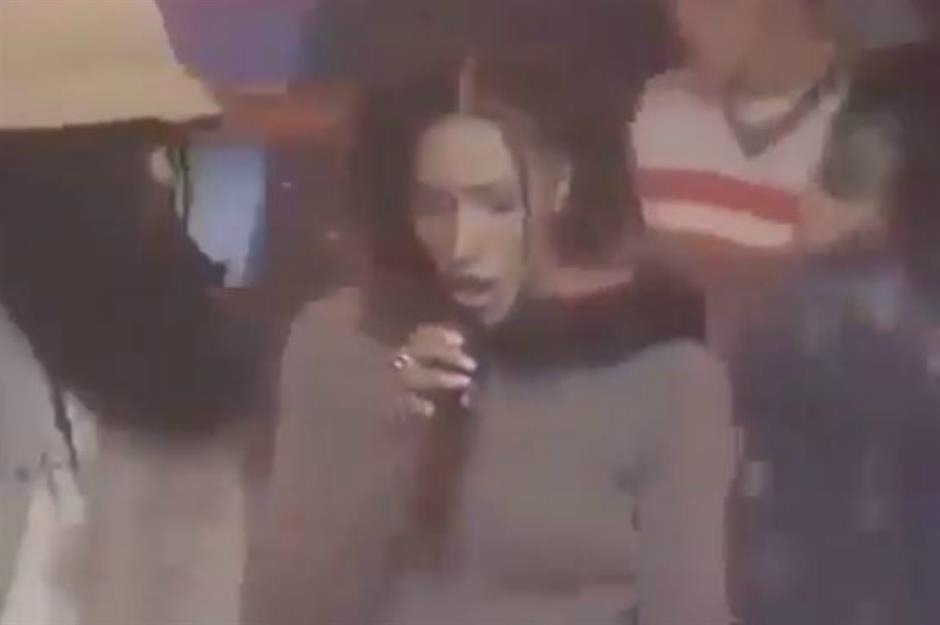 Instagram / @alwayskimhill
Before the Black Eyed Peas hit the big time, the line-up was a little different. The only woman in the group for their first two albums was singer and songwriter Kim Hill. However, as the band changed direction Hill left in 2000 to pursue other projects, and went on to become a DJ.

Isaac Brekken/Getty Images for Clear Channel
Hill was eventually replaced by Stacy 'Fergie' Ferguson in 2002, which coincided with the band's change in sound. The band started to see global success off the back of this reinvention. Hill is still in the music business, but has not seen the same levels of success as her former bandmates.

R. Jones/Evening Standard/Hulton Archive/Getty Images
Glen Matlock joined the Sex Pistols in 1974 when the band was looking for a bass player. However, he didn't last long, leaving after three years. When John Lydon joined in 1975 there was rumoured tension with Glen, who ended up leaving in 1977. Although folklore says he was forced out for liking The Beatles...

Matlock didn't completely fade into obscurity, but he didn't quite hit the big time either. He formed Rich Kids with Steve New and Midge Ure but this disbanded after one album. He then drifted between bands, before releasing a book called I Was A Teenage Sex Pistol in 1990. While he still plays (he's pictured here with Ronnie Wood and Mick Hucknall in the Faces) and performed again with the Sex Pistols, Matlock didn't find the levels of fame and notoriety enjoyed by Johnny Rotten, or his replacement Sid Vicious. He told the Telegraph in 2014 that his decision to quit the Sex Pistols had cost him "millions".

Flickr / Caroline van Oosten de Boer
When Irish rock band U2 first came together under their original name The Hype in 1976, there were five band members and not four. The Edge's older brother Richard 'Dik' Evans (pictured left) played guitar with the group for 18 months. But it was not to last and Dik left the band, admitting that "I just didn't fit in".

Evan Agostini/Getty Images
Evans received money from the Irish government to study computer science at Trinity College Dublin and chose to focus on his studies instead. He did spend some time with another band The Virgin Prunes, but soon left music behind, going to Imperial College London to complete an engineering doctorate and pursuing a full-time career in science while his brother's band went on to become global megastars.

Valerie Macon/Getty Images
Steven Adler was the drummer in Guns N' Roses until his addictions to drugs and alcohol meant that he was fired from the band in 1990. He eventually managed to kick his heroin and booze habits but by that time it was too late and he wasn't welcomed back.

Kevin Winter/Getty Images for Coachella
Adler has played with the band on one-off guest appearances but was snubbed when it came to their lucrative 2016 reunion tour. He has since started his own band Adler's Appetite, which played Guns N' Roses' debut album Appetite For Destruction in full on tour.

Kottke_Wayne, Nightscream [CC BY-SA 3.0, via Wikimedia Commons
Apple was the first US company to reach a $1 trillion market cap in 2018. While a fantastic success for existing shareholders, for one man in particular it would have hurt. Ronald Wayne was the third founder of Apple, acting as an older presence for the two inventors Steve Jobs and Steve Wozniak, but he left the company before it found success.

Wayne had 10% shares in the company but after only 12 days he sold them for a mere $800. The reason? He was concerned that as the older, more financially secure shareholder Apple's growing debts could come back to haunt him. Little did he know that he was giving away a potential fortune worth around $75 billion (£57.5bn) today.

STAN HONDA/AFP/Getty Images
Ghana-born Freddy Adu was once heralded as a football superstar in the making, and at just 14 years old was being compared to Brazilian legend Pele. His family moved to America in 1998, and in 2004 he was the youngest-ever American to sign a major league professional contract in any team sport when he joined DC United. Unsurprisingly, Adu had a trial with Manchester United aged 16, with manager Sir Alex Ferguson admitting that they would be keeping tabs on him in the future.

However, after transferring to Portuguese club Benfica for $2 million (£1.5m), Adu's career lost direction. While there, the club saw three changes in manager in the first six months, and Adu failed to get many appearances on the pitch. He was loaned to four different clubs, and later returned to the US with Philadelphia Union in 2011. However, Adu never fulfilled the potential and hype of his early career and he is now at Las Vegas Lights in the United Soccer League.

Discover the people who became millionaires in later life

Astrid Stawiarz/Getty Images
Pete Best was the original drummer for The Beatles. Having met John Lennon, Paul McCartney and George Harrison in the club that his mother Mona ran from the basement of the Best family home, he became the drummer in 1960 while they were honing their craft in Hamburg, Germany and the now legendary Cavern Club in Liverpool.

However, after meeting Ringo Starr, who was the drummer in another Liverpudlian band, the other members got their manager Brian Epstein to fire Best in 1962 just before they went on to achieve international fame. Best (pictured left) initially struggled, and did at one point attempt to kill himself as he saw his former band succeed without him. However, he found happiness as a civil servant and with his wife Kathy. He has never spoken to The Beatles again, but does now play again in his own band, and they do cover several Lennon-McCartney songs.

These stars are even richer than their famous parents