Your everyday items worth much more money than you think 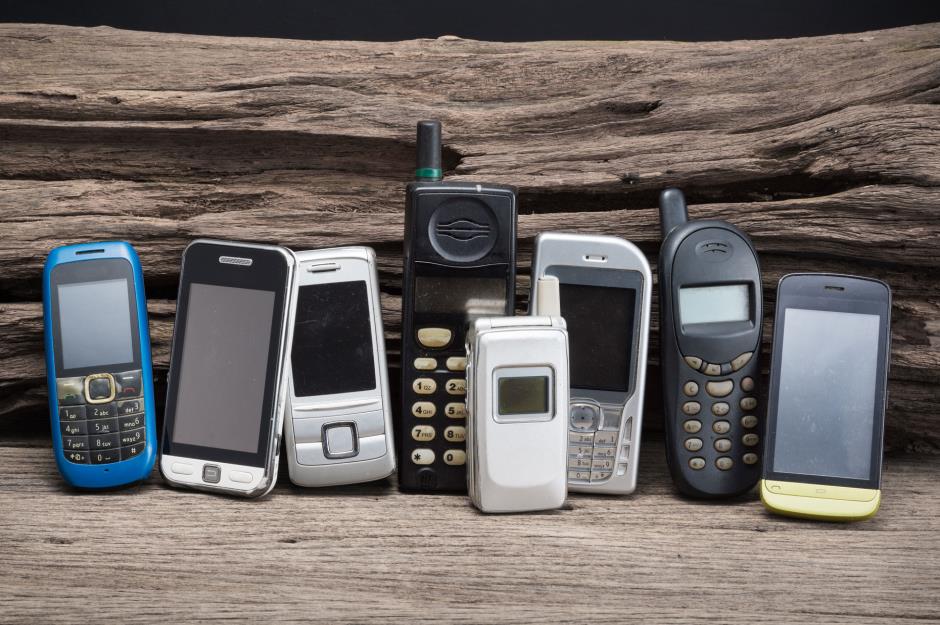 Santi S/Shutterstock
The average US household has an incredible 300,000 items, many of which are stashed away and never used, while studies claim the average British woman owns 22 things she has never worn. Luckily, a surprising number of the more mundane items we hoard are actually worth decent money, from old magazines to used nail varnish. Take a look at our pick of the most valuable everyday goods and start planning your major clearout today. 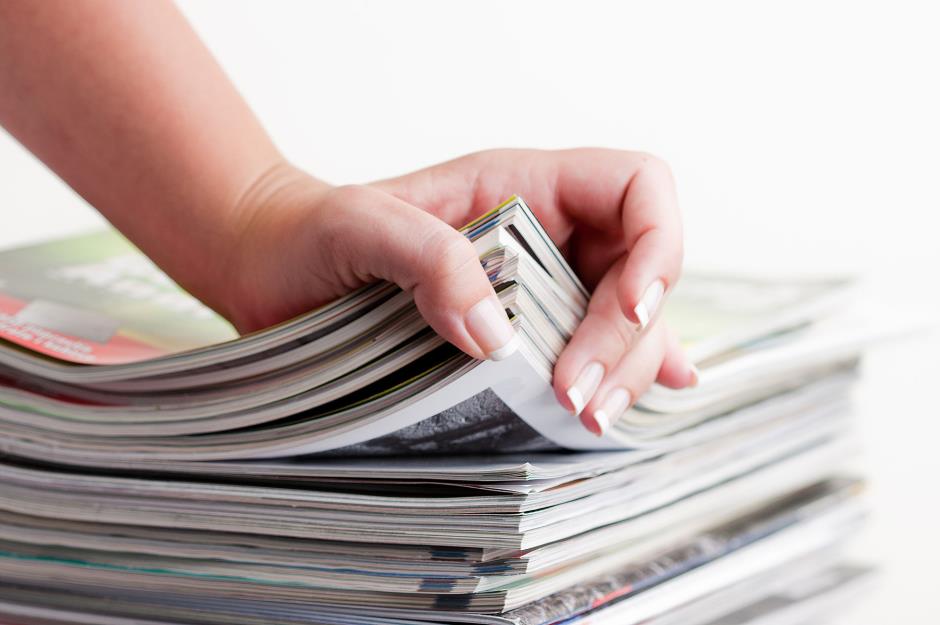 Dusan Jankovic/Shutterstock
Tend to hold on to magazine back issues? You could be sitting on a goldmine. Those stacks of copies that are gathering dust in your home may be worth a tidy sum, especially if they are in good condition.

Courtesy Condé Nast
Copies of US Vogue from the 1990s and early 2000s, for instance, sell for up to $50 (£36) apiece on eBay. Vintage Life and Look copies fetch similar prices, while classic issues of Playboy can be especially lucrative. The 1953 Marilyn Monroe launch issue, which is by no means rare, goes for up to $5,000 (£3,600). 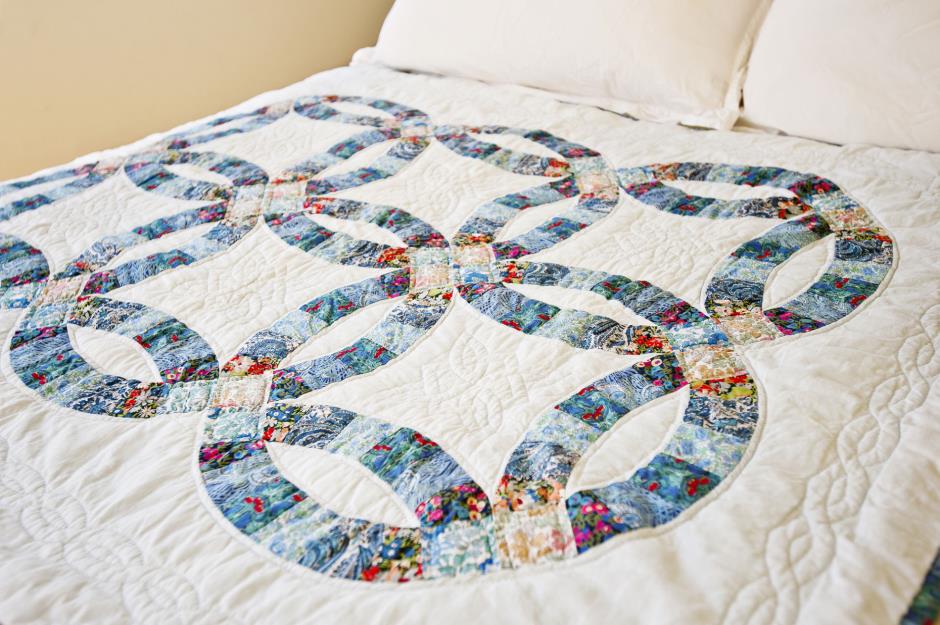 GillianVann/Shutterstock
An American tradition, lovingly homemade patchwork quilts are common in many homes in the US and, though the handicrafts are ubiquitous, some of the more sought-after quilts can be worth thousands of dollars. 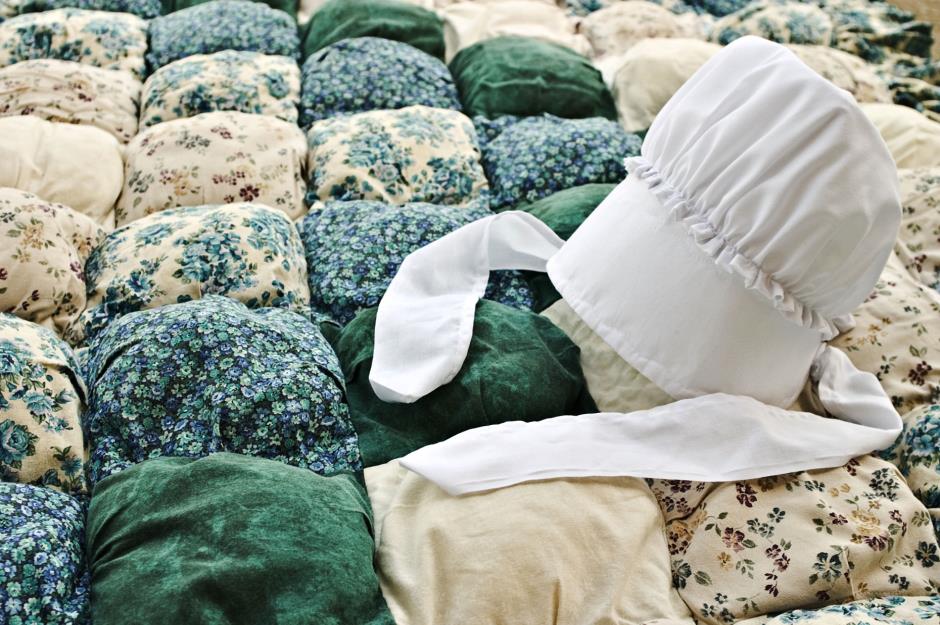 Stephanie Frey/Shutterstock
The most valuable quilts tend to be well-preserved antique textiles from the 19th century, but even the more recent examples from this century can realize bumper prices at auction. Modern-day Amish-style quilts regularly fetch $500 (£360) each or thereabouts on eBay. 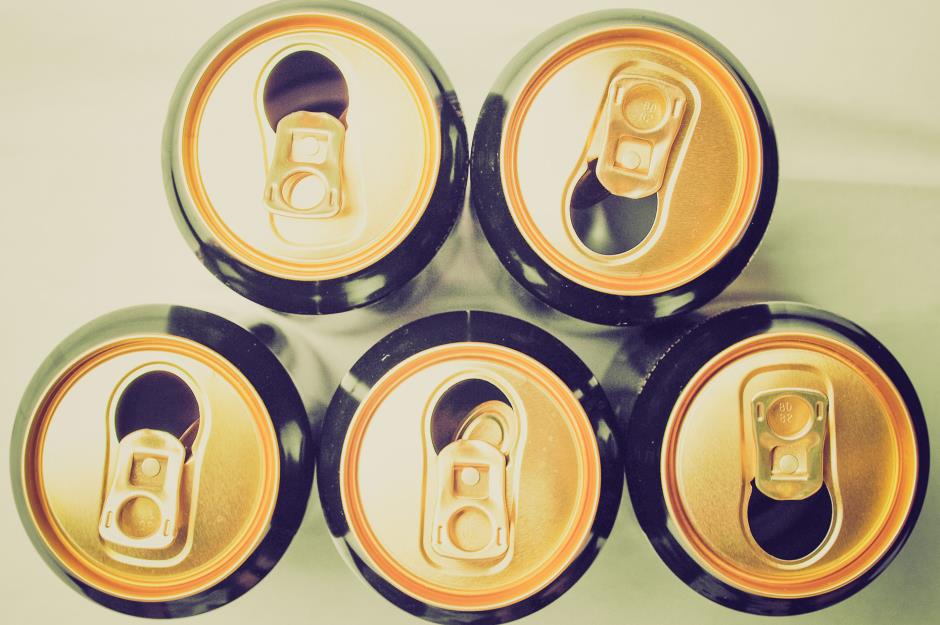 Claudio Divizia/Shutterstock
If your garage contains boxes of beer cans you've never got around to recycling, you could be in for a windfall. Seriously. Beer can collecting is big business and the most dedicated collectors will pay through the nose to get their hands on rarer specimens. 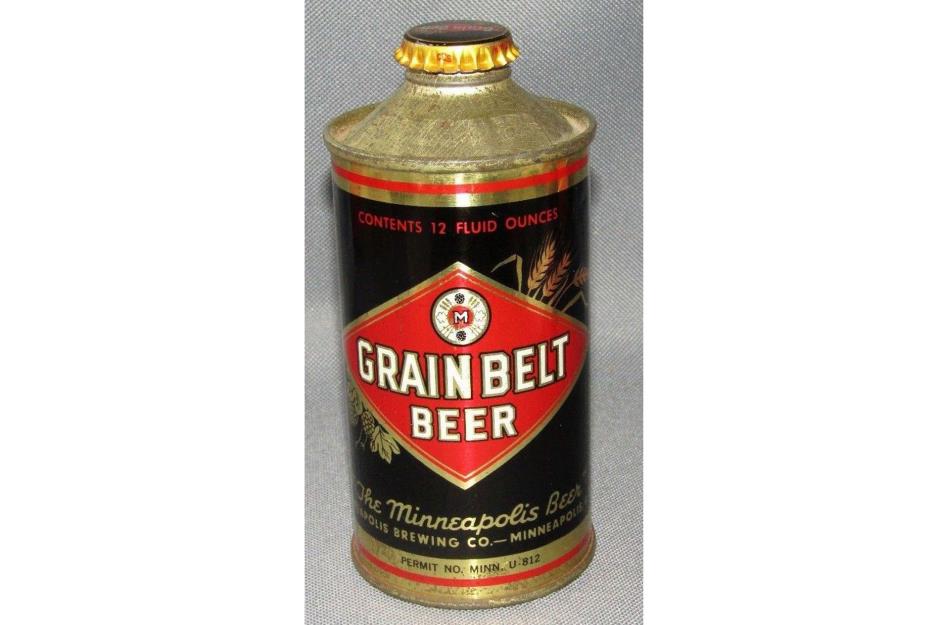 Courtesy Eyessss/eBay
Obscure beer cans from the early 20th century sell for thousands of dollars. A US Grain Belt Beer can from 1936 realized $1,231 (£886) on eBay in January, and rare or limited edition cans from the 1950s right up to the modern day can go for hundreds of dollars a pop. 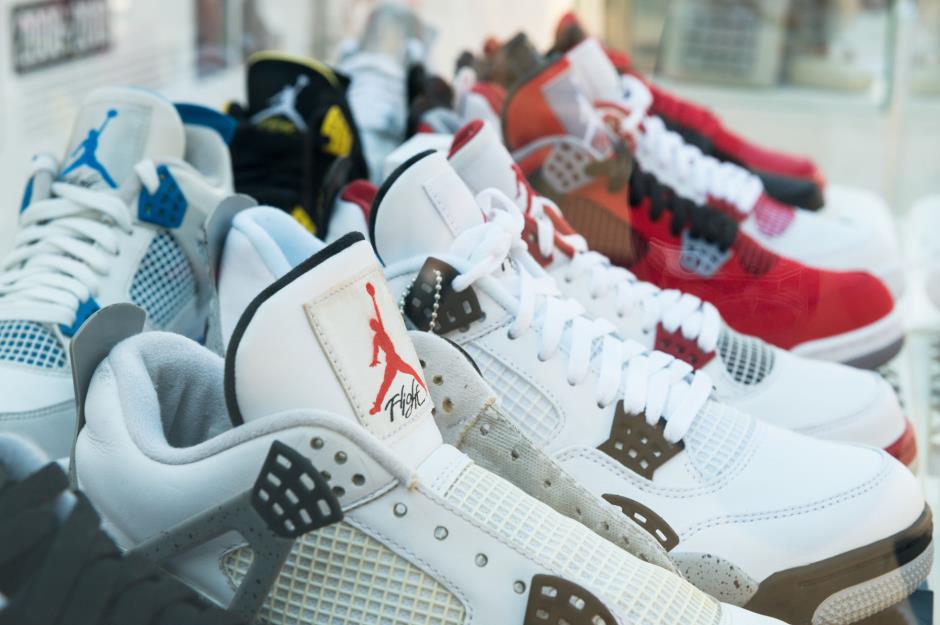 Maxim Apryatin/Shutterstock
Providing your old sneakers aren't too worn out, they could be worth an eye-opening amount of money. So-called sneakerheads are prepared to fork out a fortune for the most coveted kicks, so if you have a tendency to hold on to your sneakers, you could be in luck. 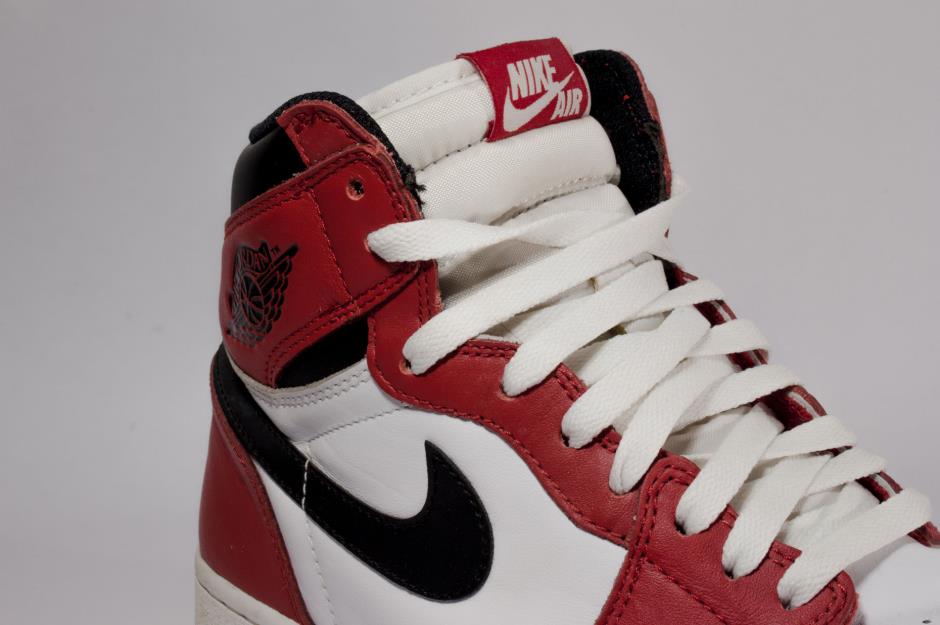 Duerr/Shutterstock
Limited edition Nike Air Jordans are the holy grail for sneakerheads, who will pay up to $10,000 (£7,200) for the rarest examples, but even the more massmarket Nike, Adidas and Converse sneakers from the 1990s and 2000s can go for hundreds at auction as long as they're not too shabby. 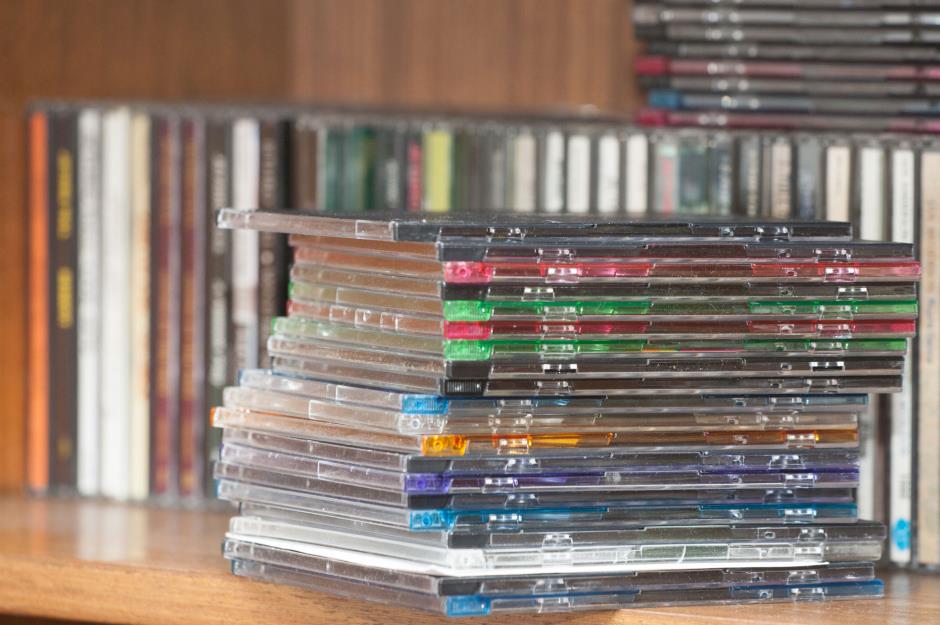 Telekhovsky/Shutterstock
If you're over a certain age, chances are you own a huge collection of CDs from the 1990s, unless of course you made digital copies and got rid of the collection when you invested in an MP3 player. Fingers crossed you didn't. 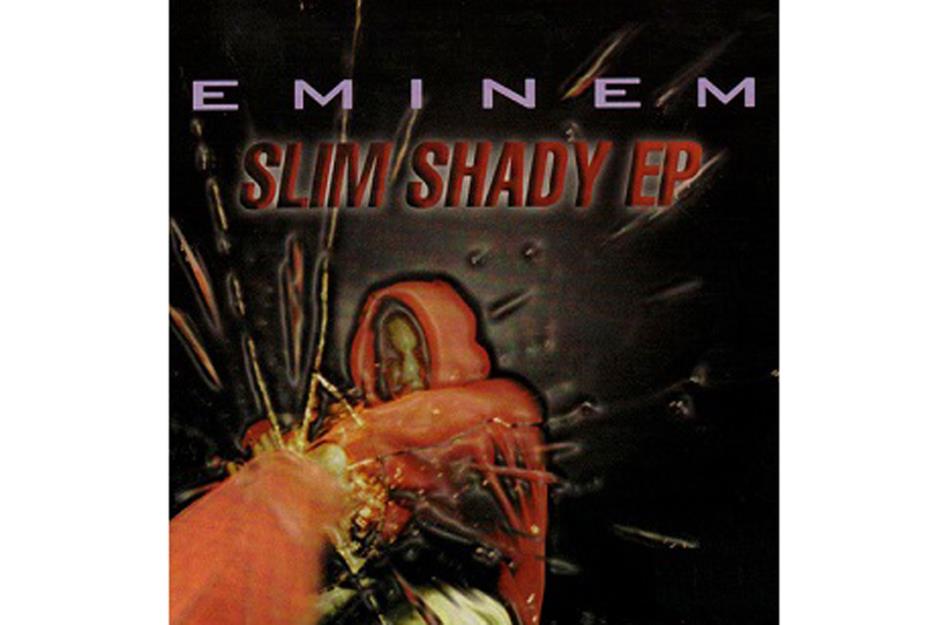 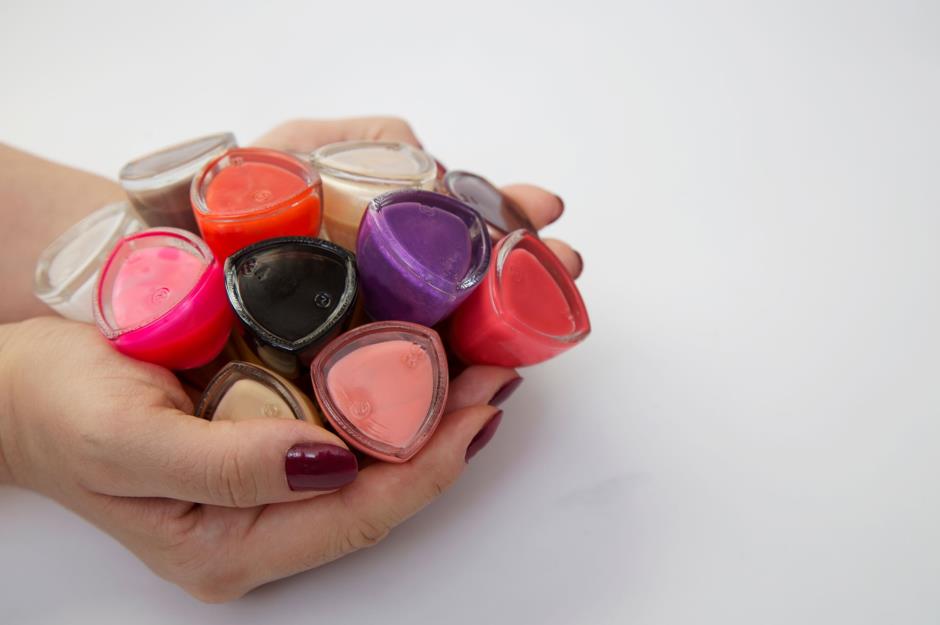 RA/Shutterstock
There are plenty of people out there who are willing to spend good money on used bottles of nail varnish. Yes, really. If you have a stash of used bottles that still contain varnish, especially rare shades that have been discontinued, you can generate some extra cash by selling them to the highest bidder. 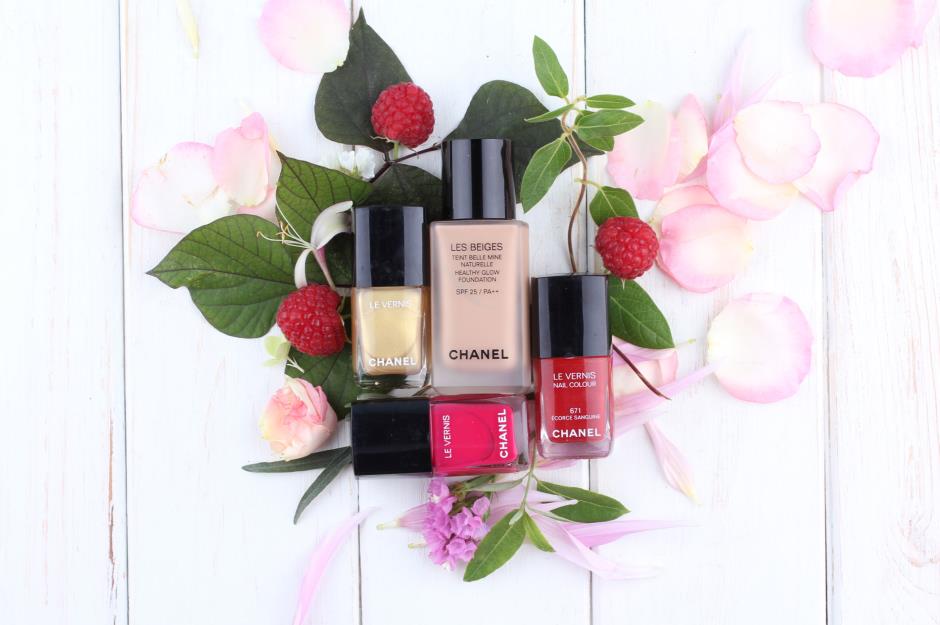 Kilomiec/Shutterstock
Depending on the brand and shade, you could make up to $300 (£215) or so per bottle. The most valuable include discontinued Chanel Le Vernis varnishes and classics by Opi and Mac that are no longer produced. 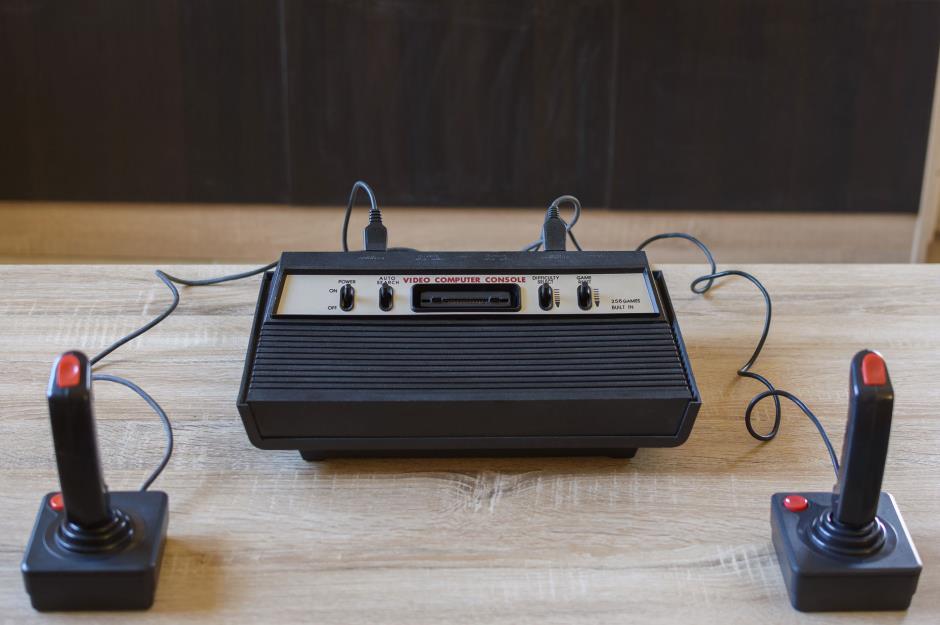 PitK/Shutterstock
Hoarding outdated computers and consoles may seem like a waste of time. After all, so many were manufactured, but your old Atari, Commodore 64 or Sega Genesis could make you some serious cash.

Shutterstock
Sites like Retro Gaming Collector provide price lists for retro consoles, so they make for a good place to start. Consoles in mint condition fetch the highest prices of course, particularly if they come with the original packaging. 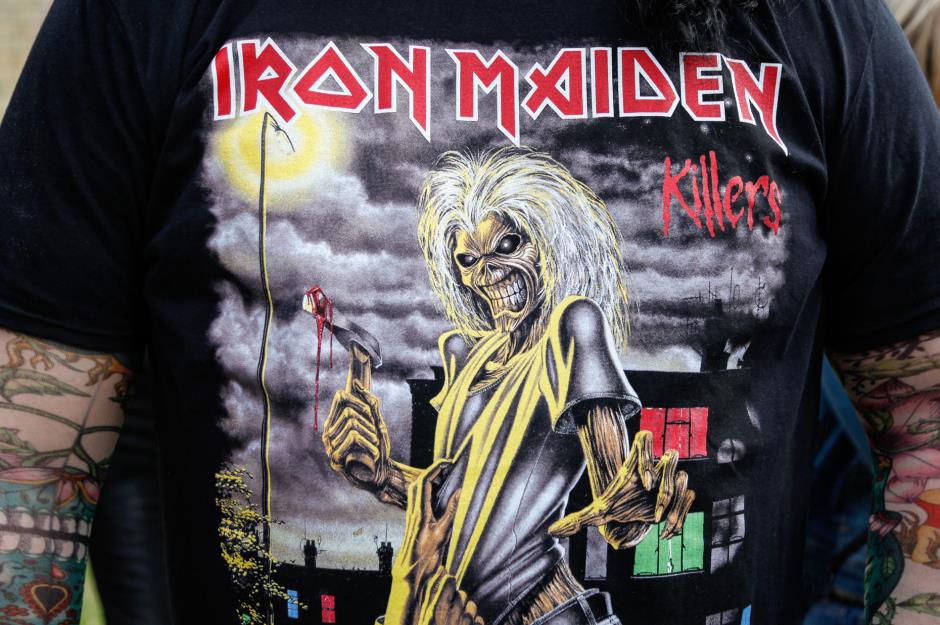 Michael715/Shutterstock
If you were into heavy metal in the 1980s or grunge in the 1990s, check the darkest depths of your closet for any old band tees. Some original Metallica and Iron Maiden tour T-shirts can fetch thousands at auction. 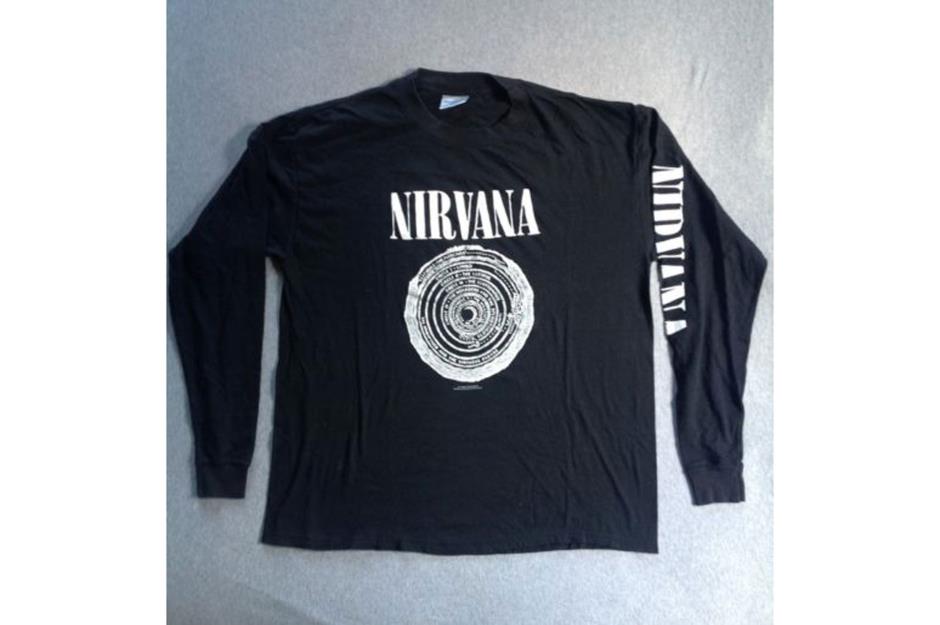 Courtesy Stormcrow-vintage/eBay
Likewise, the most desirable grunge era band tees sell for big bucks. A long-sleeved Nirvana tour T-shirt from 1992 sold recently for a staggering $6,800 (£4,895) at auction, and Pearl Jam, Soundgarden and Mudhoney tees can each be worth in the hundreds. 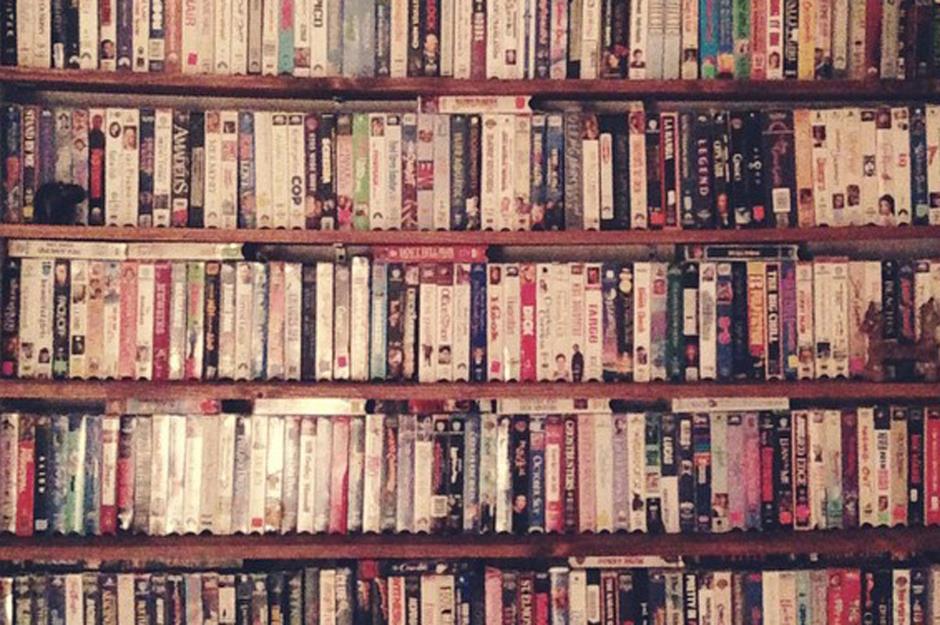 Justin Snow/Flickr CC
The home fitness craze took off in a huge way during the early and mid 1980s and VHS workout tapes sold like hotcakes. You may not think so, but some of these video cassettes are actually pretty valuable. 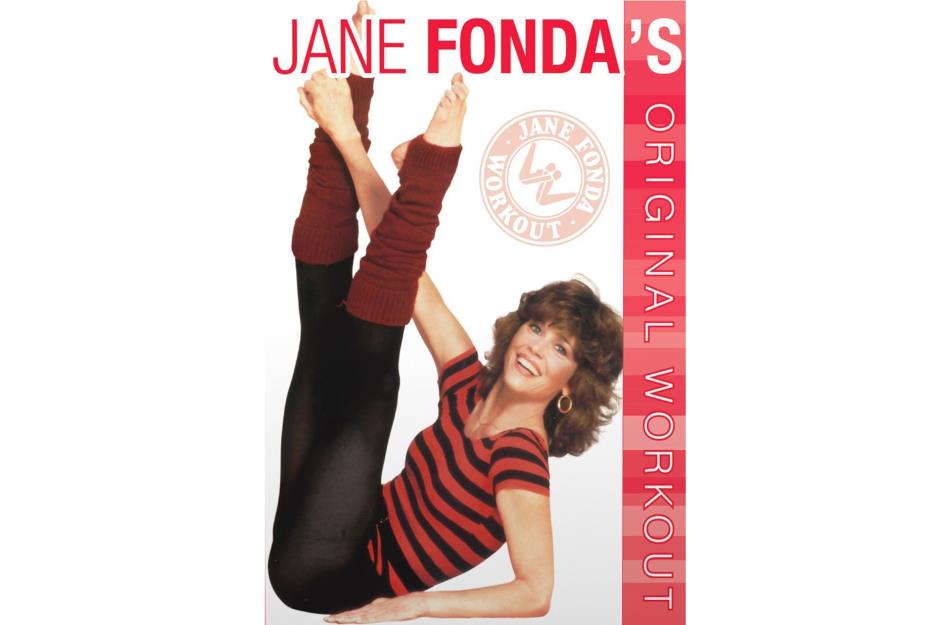 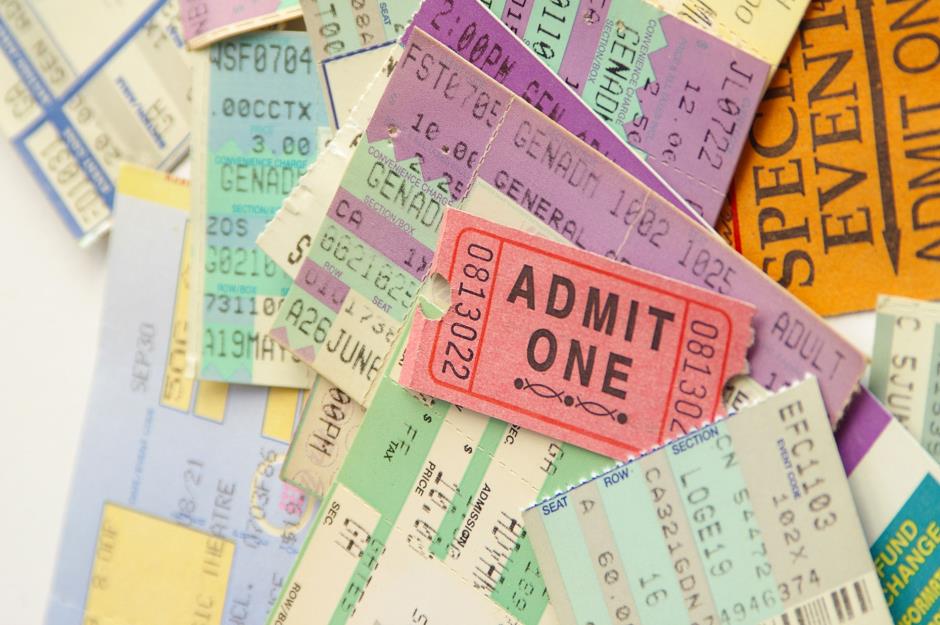 Zimmytws/Shutterstock
Into the habit of collecting the ticket stubs for games and sports events you've attended? Good for you. Ticket stubs for iconic games and even events that weren't especially memorable can achieve high prices at auction. 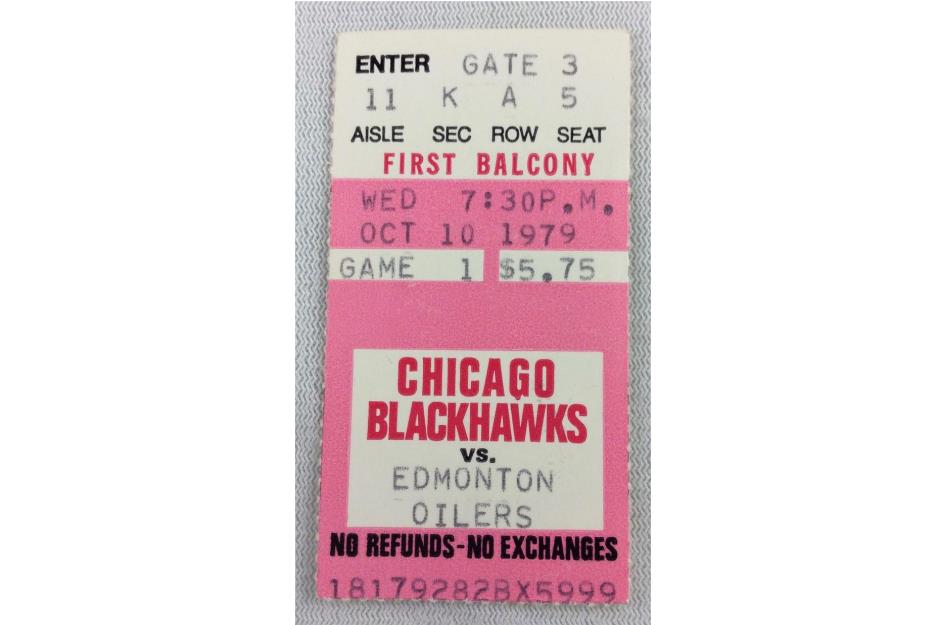 Courtesy ez-creations/eBay
In the US, ticket stubs for NHL, NFL and MLB games tend to be the most valuable. A stub for the Edmonton Oilers vs. Chicago Bullhawks NHL game in October 1979 went under the hammer for $2,700 (£1,945) in January, and ticket stubs for NFL and MLB games regularly sell for hundreds, and sometimes thousands of dollars. Old stubs for prestigious European soccer matches, such as cup finals, can also be worth a mint. 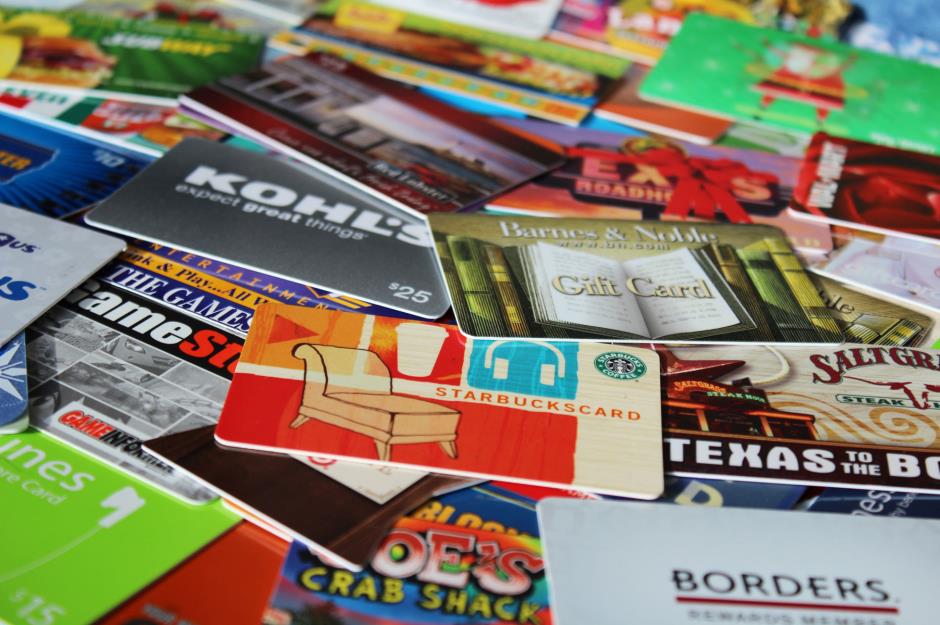 LaniElderts/Flickr CC
You might think nobody would have any use for a gift card loaded with zero money, but you'd be mistaken. Limited edition gift cards are highly prized among collectors, who will part with large sums of money to snap up the rarest examples. 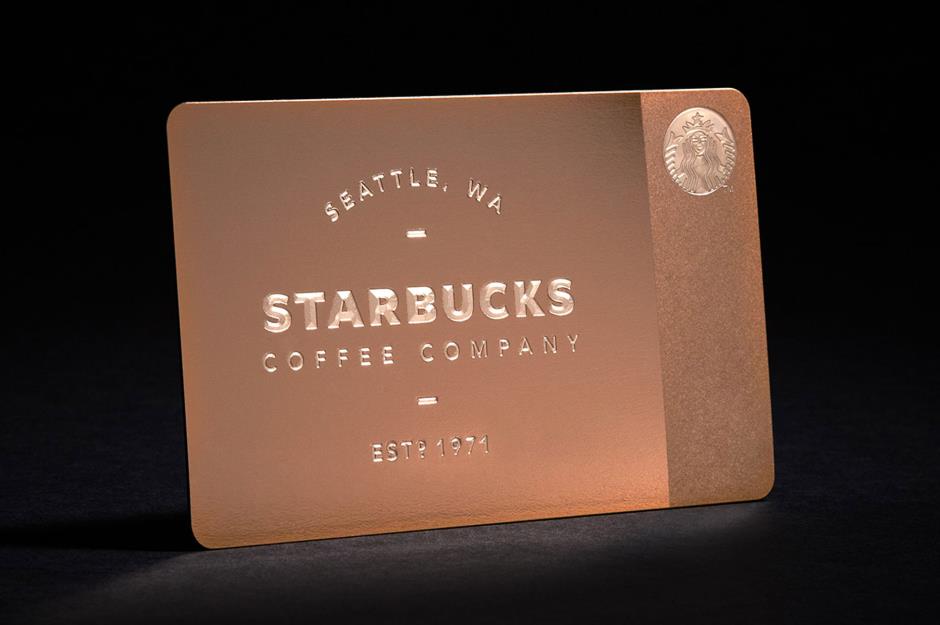 Courtesy Starbucks
A limited edition Starbucks gift card from 2012 sold for $455 (£325) at auction in December. Other rare Starbucks gift cards have realized several hundred dollars. Empty gift cards and certificates from Disney and designer names like Louis Vuitton and Chanel have also sold for hundreds of dollars. 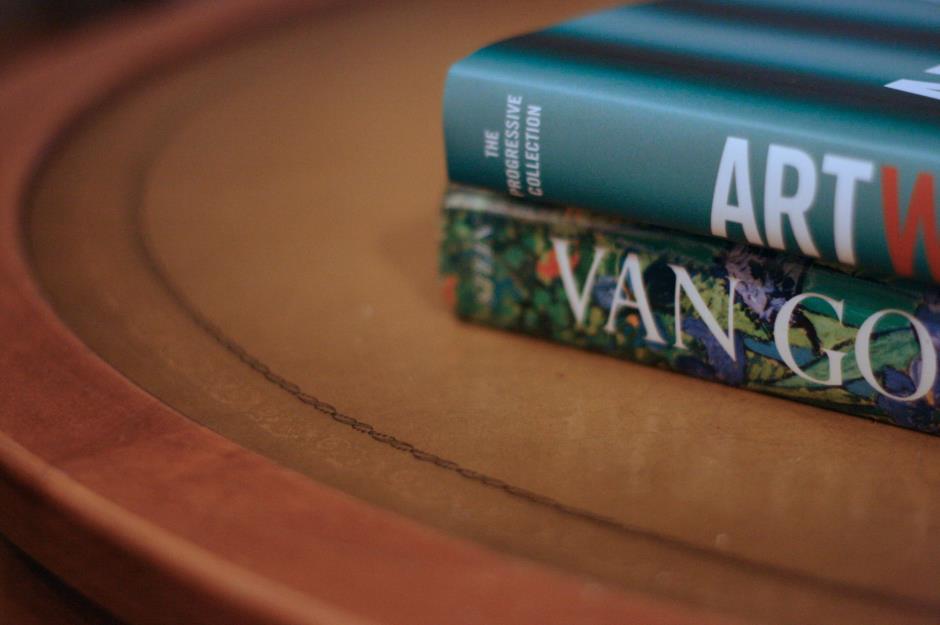 Sarah Sphar/Flickr CC
Got a pile of extra-large art books stored away or several supersized tomes on nature or interior design? Many coffee table books appreciate in value over the years and can be resold at well in excess of their original price.

M. Constanza Rebolledo/Flickr CC
Simply make an inventory of the books you have and research the resale prices online. You can simply google the title to gauge its value, look on Amazon for similar copies to check the going rate, or search for the resale price using the ISDN on a site such as Abebooks.

Nehophoto/Shutterstock
A must for music lovers of the era, 1980s boomboxes are prized by vintage audio collectors. If you still have one in storage somewhere, you might want to dig it out and list it on eBay or a similar auction site. 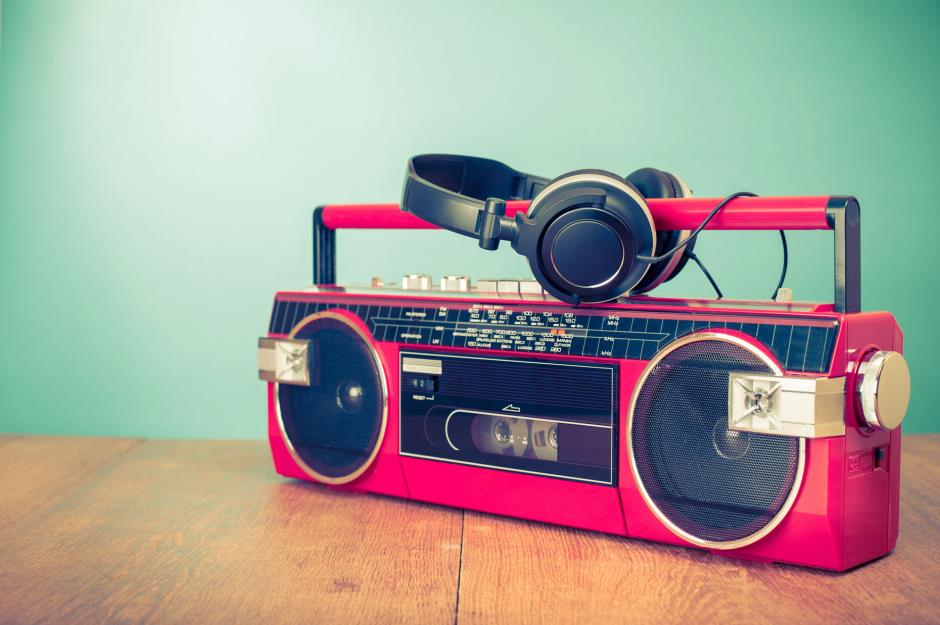 Thomas Hawk/Flickr CC/Tupperware
Many people have cupboards or other storage areas full of plastic containers they hardly ever use, but few have any idea that their old Tupperware from way back when might actually be worth something. 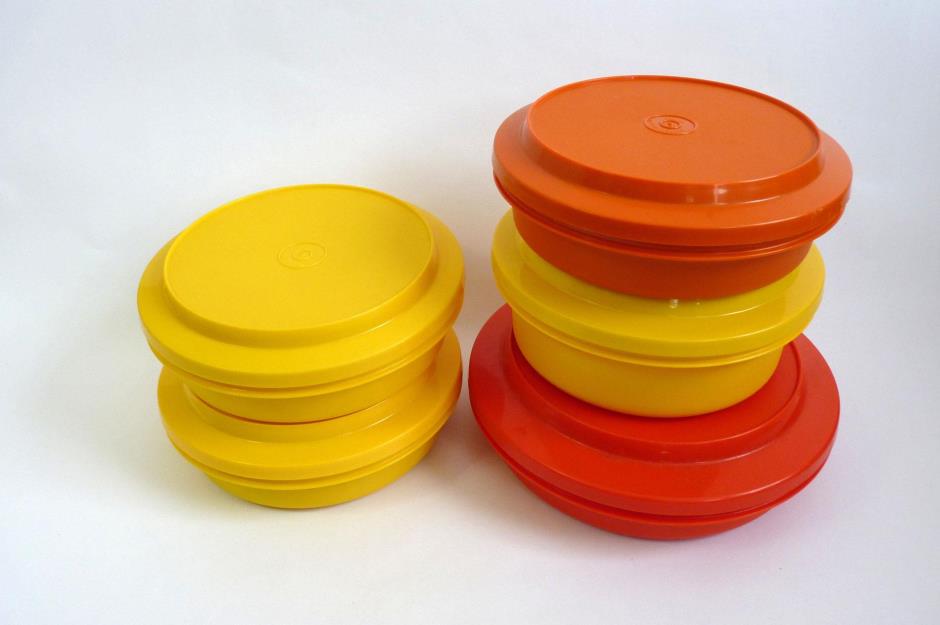 Gail Thomas/Flickr CC
Believe it or not, vintage Tupperware sets fetch up to $150 (£108) and sometimes even more at auction, and individual items can go for up to $30 (£22) on eBay and similar auction sites. Brightly-hued sets from the 1960s and 1970s that are in excellent condition fetch the highest prices. 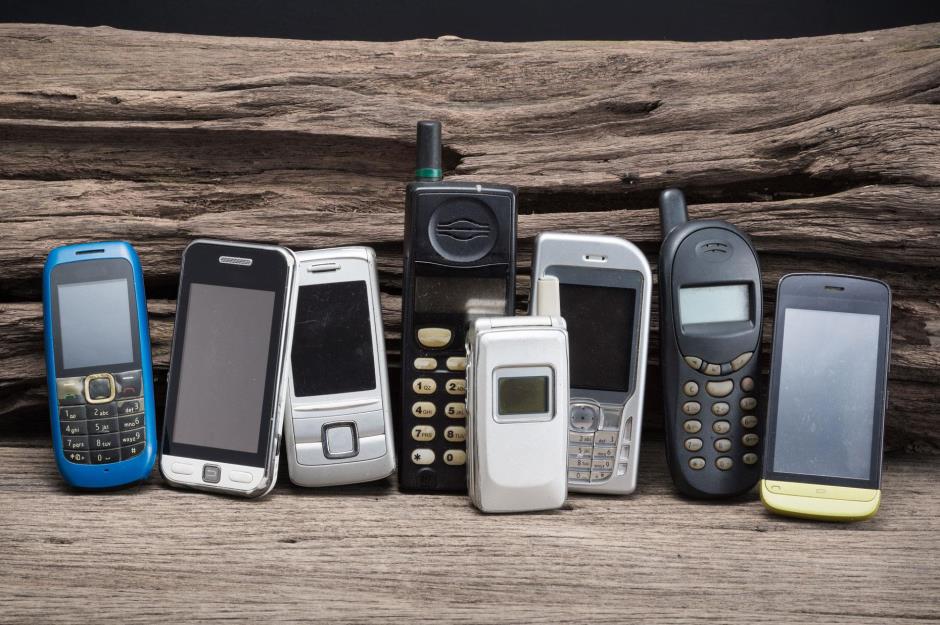 Santi S/Shutterstock
If you dump your old phone in a drawer or box and forget about it when you upgrade, it may be worth taking a trip down memory lane and checking if the obsolete handsets you've amassed are actually worth anything. You may be pleasantly surprised.

Pe3k/Shutterstock
You can make around $100 (£72) selling your trusty Nokia 3310 and up to $800 hawking your old Nokia 8830. First-generation iPhones in excellent condition are worth up to $1,000 (£720), and even more with the original box, and original Motorola brick phones go for thousands.