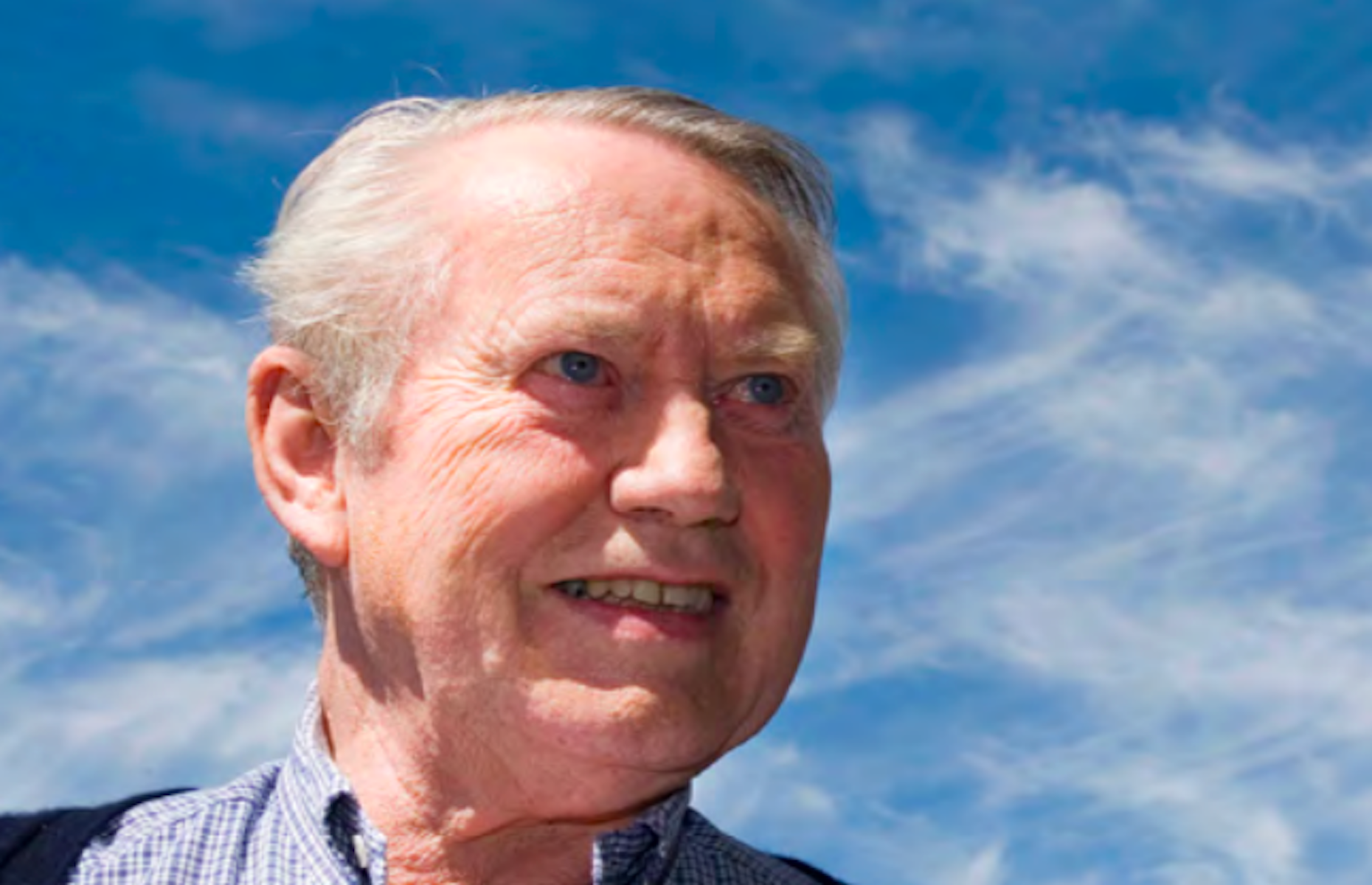 From nothing to billions and back again

Chuck Feeney was a billionaire. But 'was' is the operative word here. Click or scroll through to read the incredible story of the man who had it all, but chose to live without it...
Features
1 of Everett Historical/Shutterstock
List View Gallery View Full screen

Born into the Great Depression

Charles Francis "Chuck" Feeney was born to a working-class family of Irish origin in New Jersey in 1931. Growing up when America was in the grip of the Great Depression was tough but Feeney's entrepreneurial spirit shone through from an early age. For example, before he even reached double figures he'd spend time when he wasn't in school shovelling snow for people to bring some extra money into the family kitty.

Like many poor kids looking for adventure, Feeney joined the military as soon as he was able to. He served in the US Air Force and this indirectly gave him his big break in life. Any soldier who'd served in the military at that time could receive a free college education and Feeney took advantage of this GI Bill and won a place at Cornell University. But he didn't stop there, and he managed to combine his studies with earning money when he launched a thriving sandwich business. 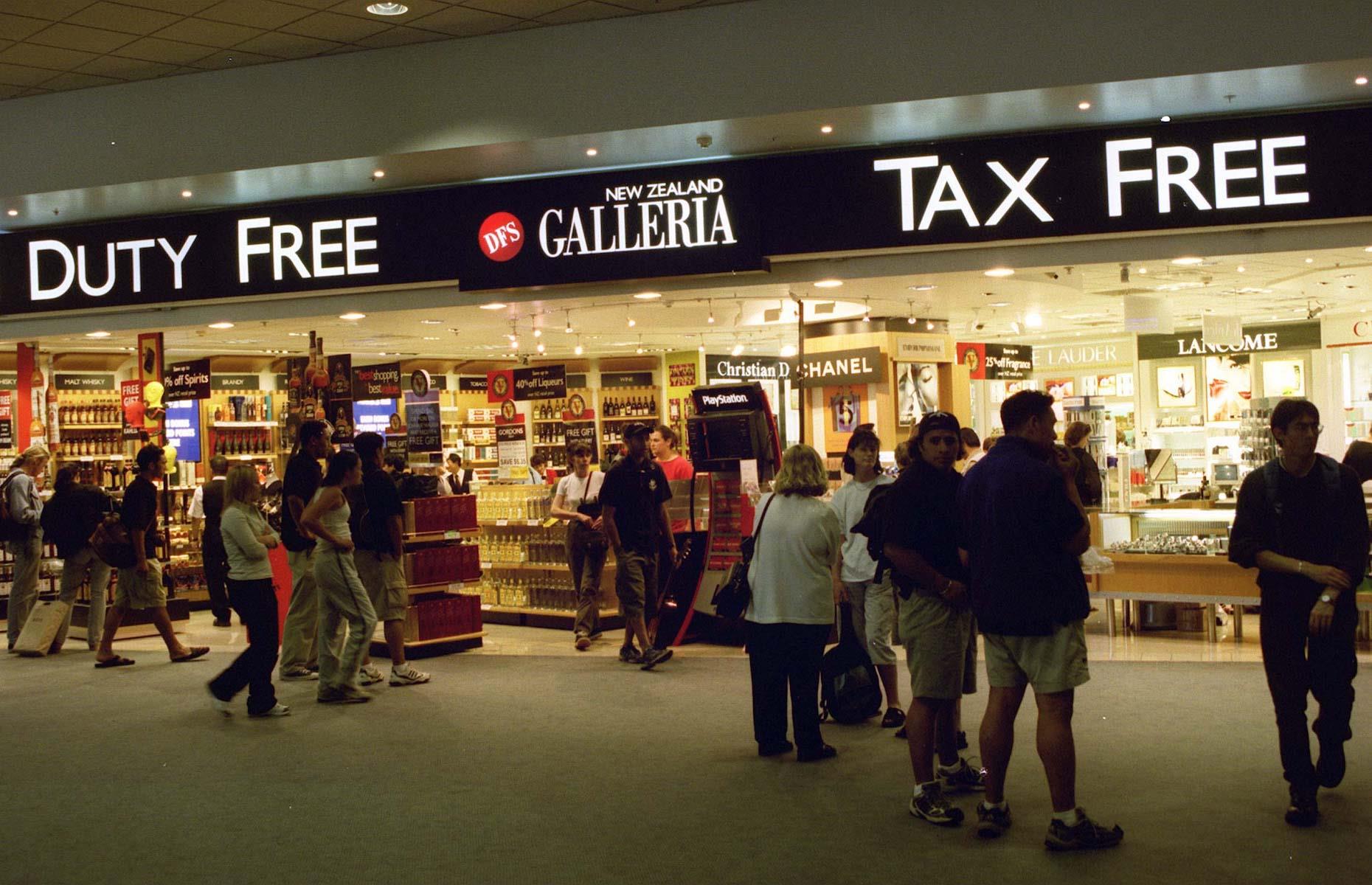 The DFS Group is born

Noticing a gap in the market for duty free goods, in 1960 Feeney founded what was to become the Duty Free Shoppers (DFS) Group with his business partner Robert Miller. They began marketing duty free cars and liquor to US military and navy personnel. The Hong Kong-based enterprise was initially called Tourists International and Cars International, but was later renamed Duty Free Shoppers (DFS). At the time, duty free shopping was largely unheard of.
Features 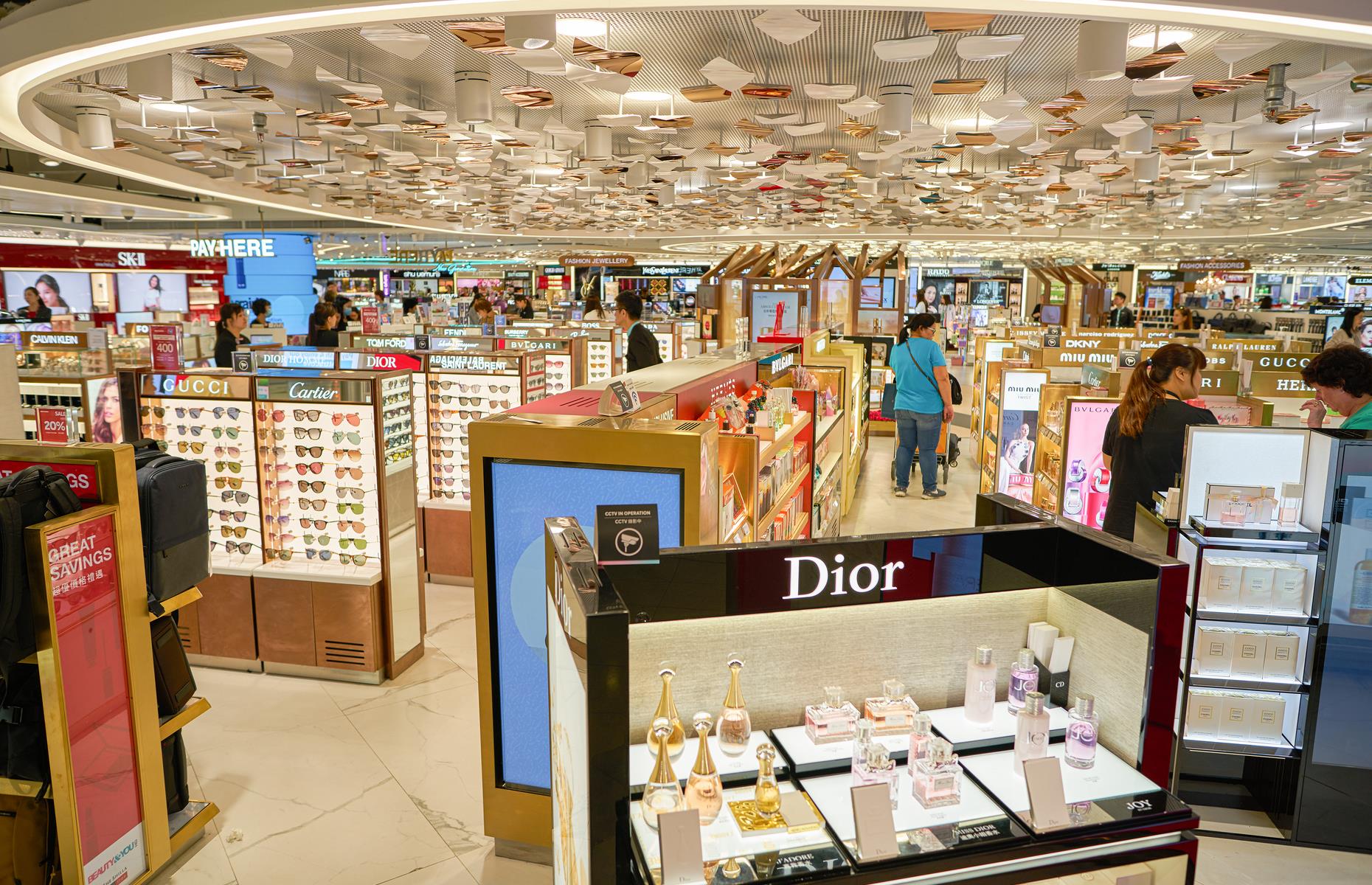 DFS opened its first duty free airport store at Hong Kong’s Kai Tak Airport in 1961, more stores then followed in Honolulu and destinations frequented by high-spending Japanese tourists. Ten years later the empire had opened branches across North America and expanded further into Asia as a result of the brand's success and additional investments. By the late 1970s Feeney was a millionaire many times over. 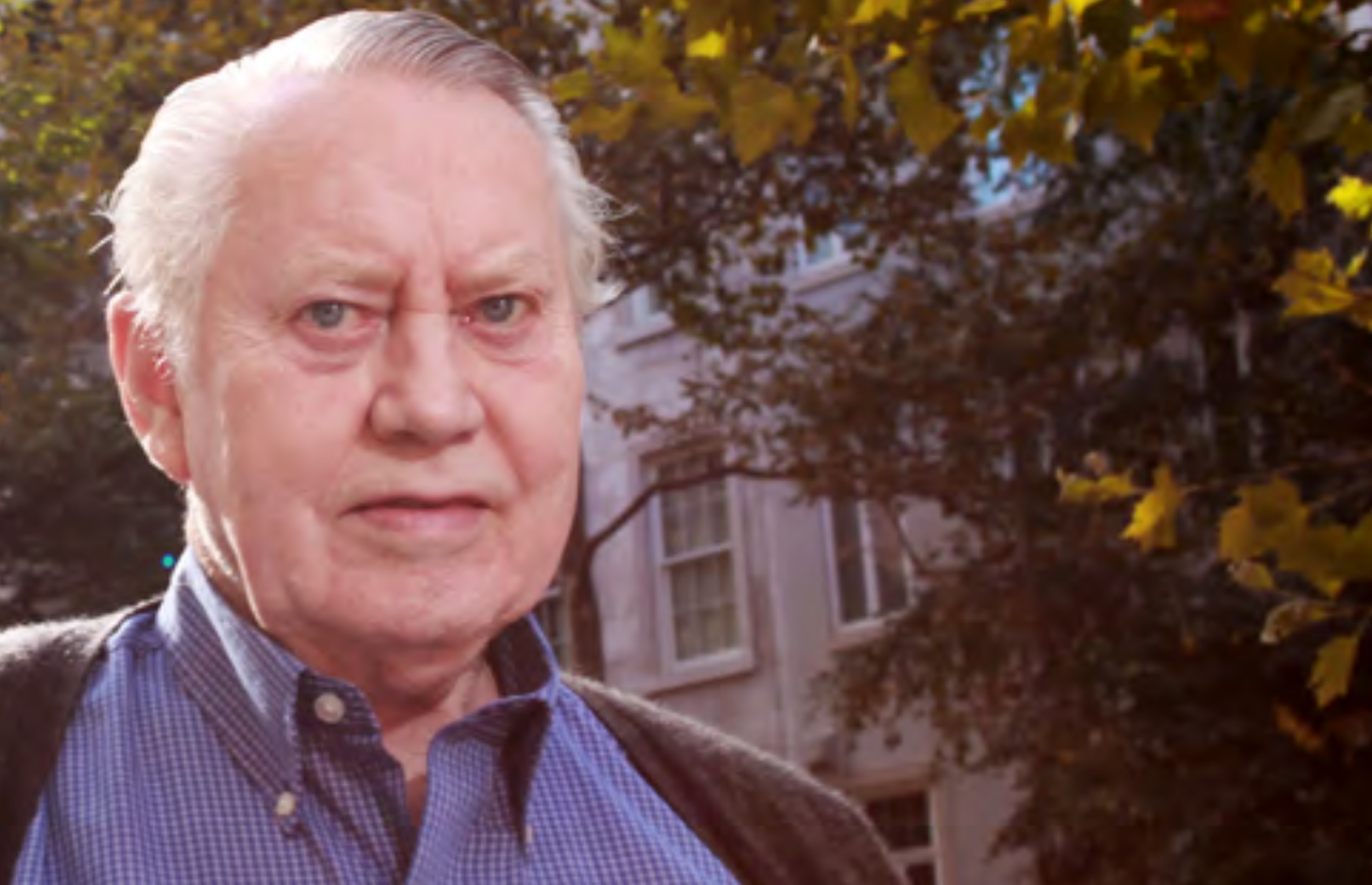 When enough is enough

Feeney's vast wealth had started to make him feel uncomfortable though. He had more money than he needed to take care of himself and his family and he began researching how he could use it for the greater good. He set up The Atlantic Philanthropies foundation in 1982 with $5 million. Two years later, after making sure his family's needs were covered, he had transferred his entire fortune, thought to be up to $1 billion, into the foundation.

The transfer of funds from Feeney to the foundation was done in total secrecy. Even his partners in the DFS Group were unaware of it. The foundation itself was also run completely anonymously. Benefactors were not allowed to discuss who they had received their grants from. Despite having been instrumental in funding many buildings, Feeney's name wasn't given to any of them. There was no publicity at all about his good works.

The GI Bill made it possible for Feeney to go to university and he'd always been grateful for his time at Cornell University and its role in shaping his life. Consequently, Cornell received Atlantic’s first-ever grant of $7 million to establish the Cornell Tradition in 1982. This is a scholarship and work-study programme that recognises and rewards outstanding undergraduates. Over 5,300 students have benefitted from this scheme over the years.

Limerick gets a university

On his business travels, Feeney always looked out for causes that his foundation could benefit. As an Irish American, he felt close ties to Ireland and was keen to give back to his ancestral homeland. With a strong belief in the power of education his first major Irish gift was $14.9 million to the National Institute of Higher Education in Limerick. He also developed ties between the Institution and Cornell University, which helped it become the University of Limerick.

In the late 1990s, when Feeney was in his sixties, he sold his share of the DFS Group to LVMH, the luxury goods manufacturer behind world-famous brands such as Louis Vuitton. He reportedly received $1.7 billion for his stake and this was all paid into The Atlantic Philanthropies foundation. This cash injection vastly increased the scope of what the foundation could achieve and Feeney began looking for even more ambitious projects to fund. 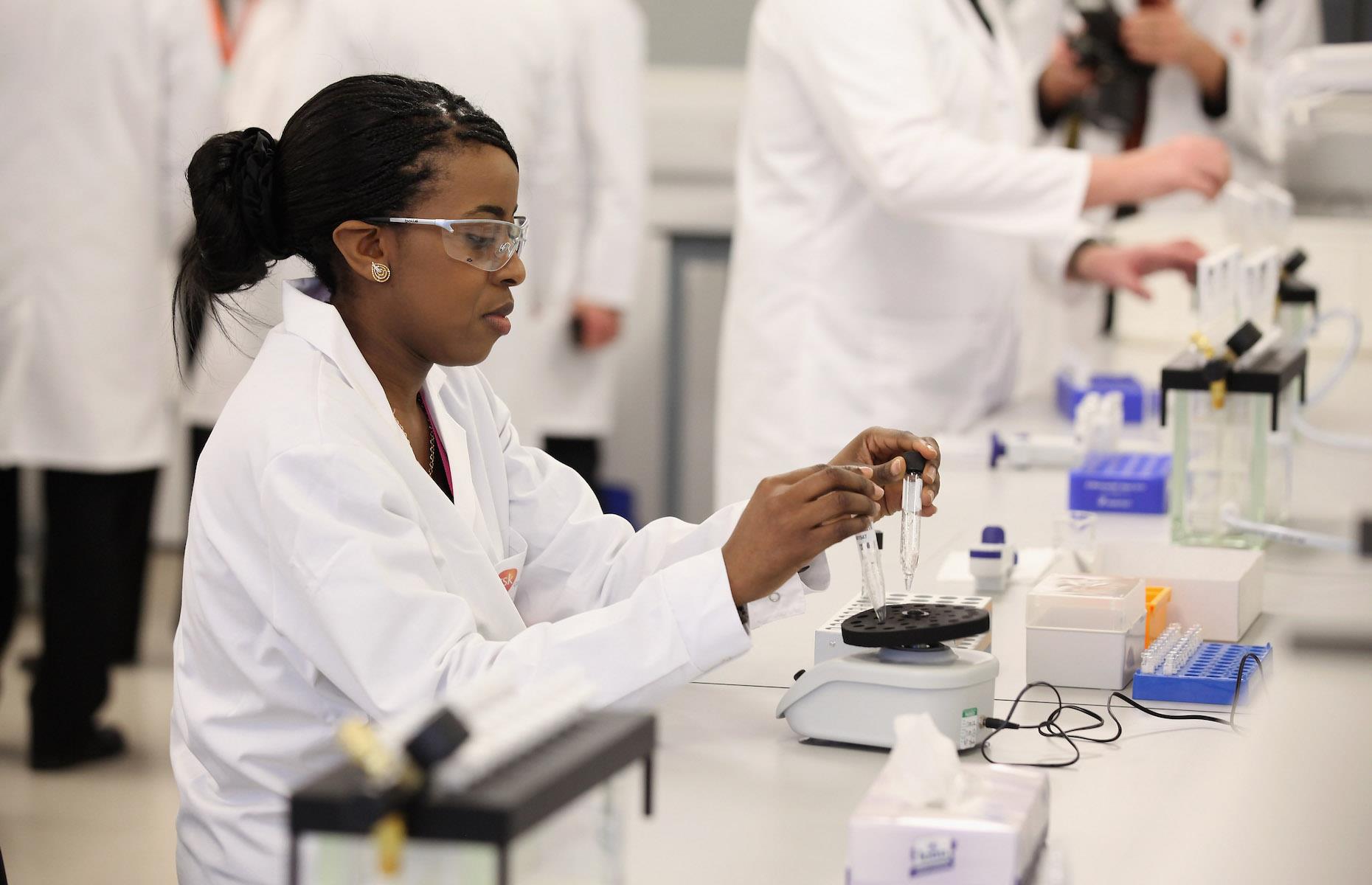 Feeney recognised that Ireland needed to stop its talent from moving abroad and attract foreign talent. For the first time, his foundation partnered with a government. The Atlantic Philanthropies and the Irish government collaborated on the Programme for Research in Third Level Institutions (PRTLI) creating new laboratories, computer facilities and research libraries. The $177 million provided by the foundation across several decades helped to make Ireland one of the world's most highly educated countries. 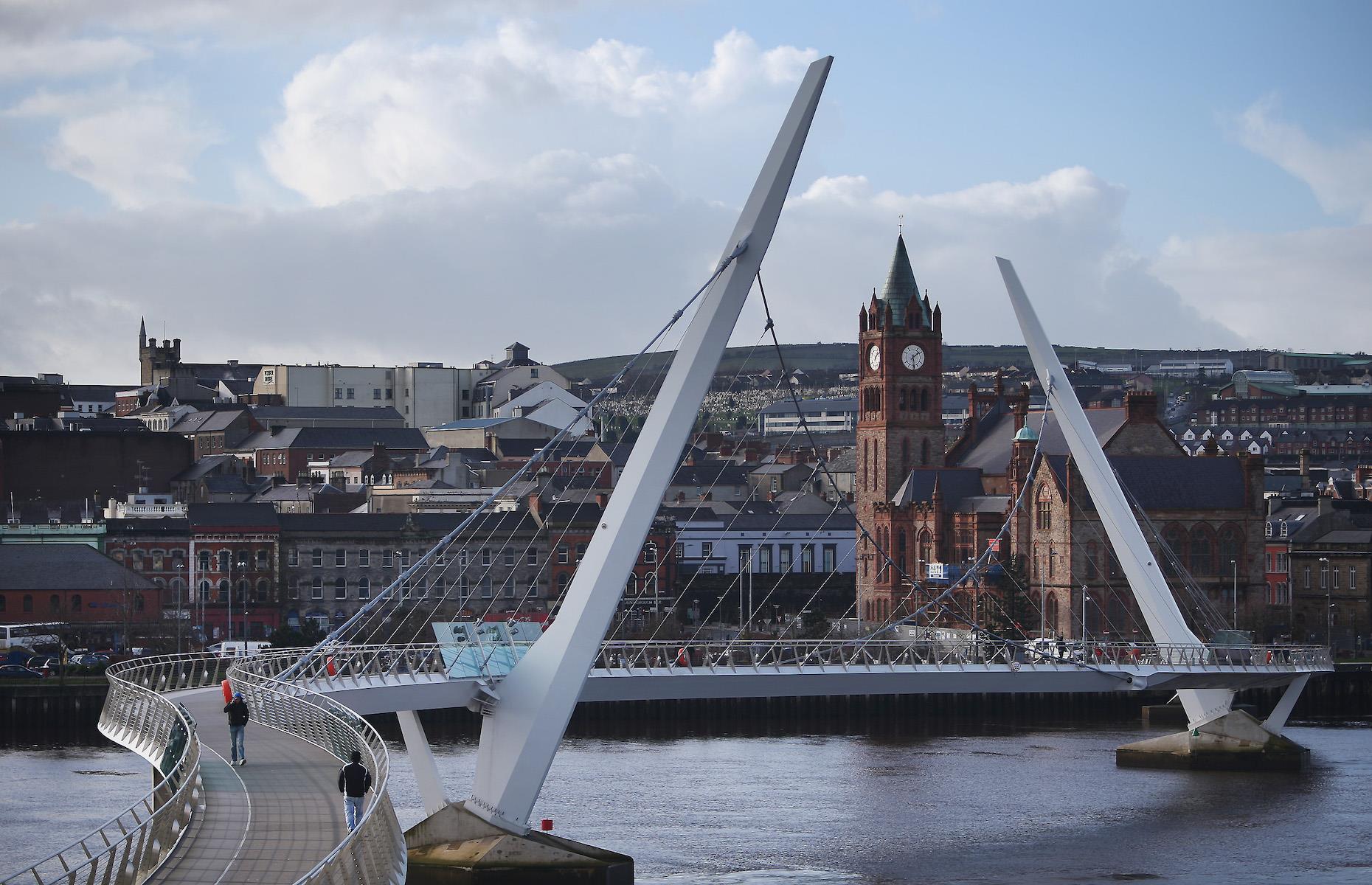 What's more Feeney was very disturbed by the sectarian violence in Northern Ireland, and between 1991 and 2016 his foundation invested nearly $570 million (£445m) into Northern Ireland (pictured here is the Peace Bridge in Derry/Londonderry). This money was primarily put towards supporting the peace process, human rights and programmes to improve people's lives. The foundation also partnered with the government to create a Support Programme for University Research to strengthen the university system. 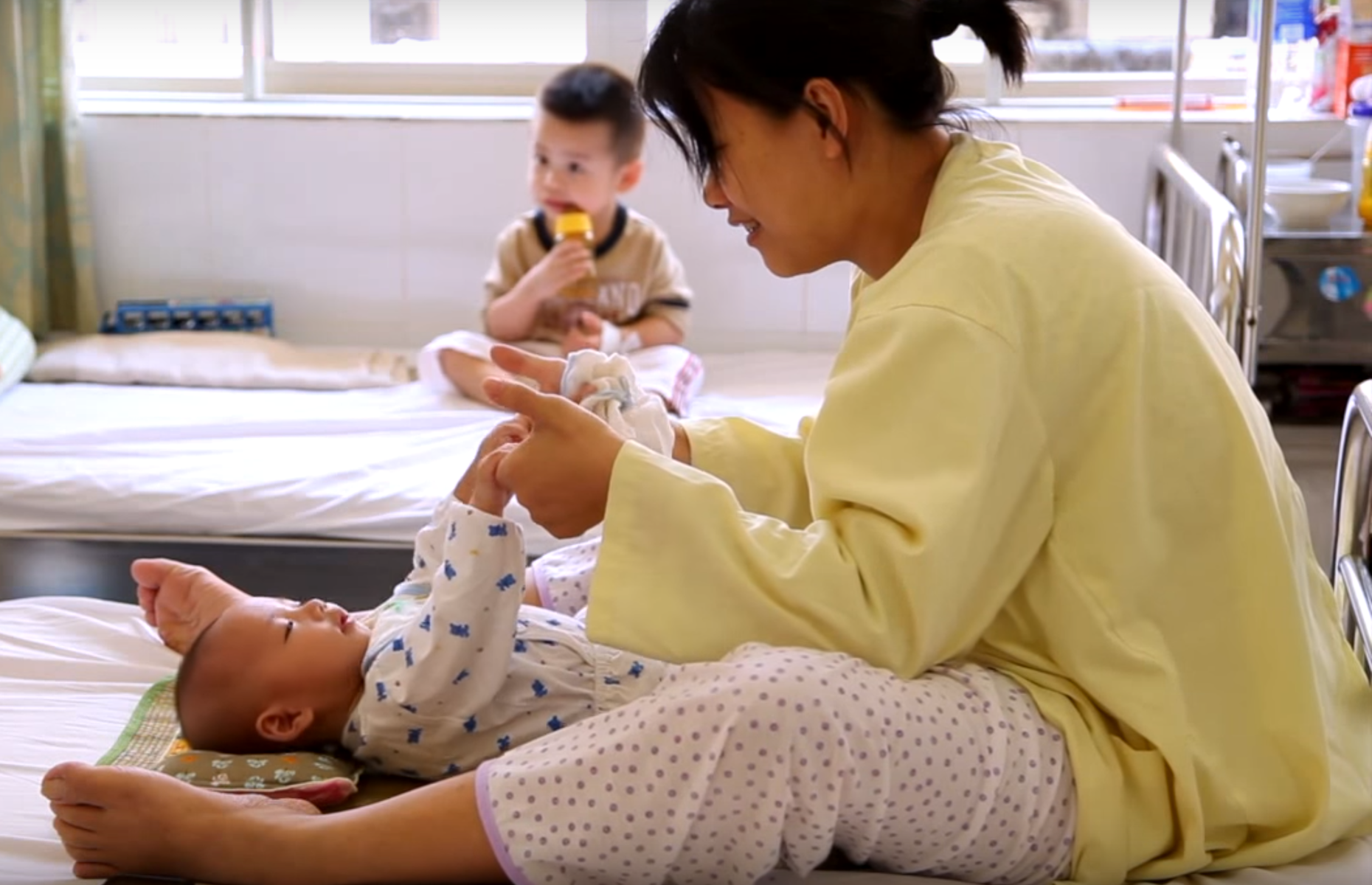 Feeney also wanted to help the Vietnamese, a people he felt had suffered as a result of the Vietnam War. Over the years his foundation invested $382 million (£299m) in improving Vietnam's public health system and boosting the resources of its libraries and universities. It also put its weight behind a country-wide anti-smoking campaign and an initiative that led to a law making it illegal for motorcycle riders not to wear helmets from 2007.

Discover the billionaires giving away fortunes to save the world 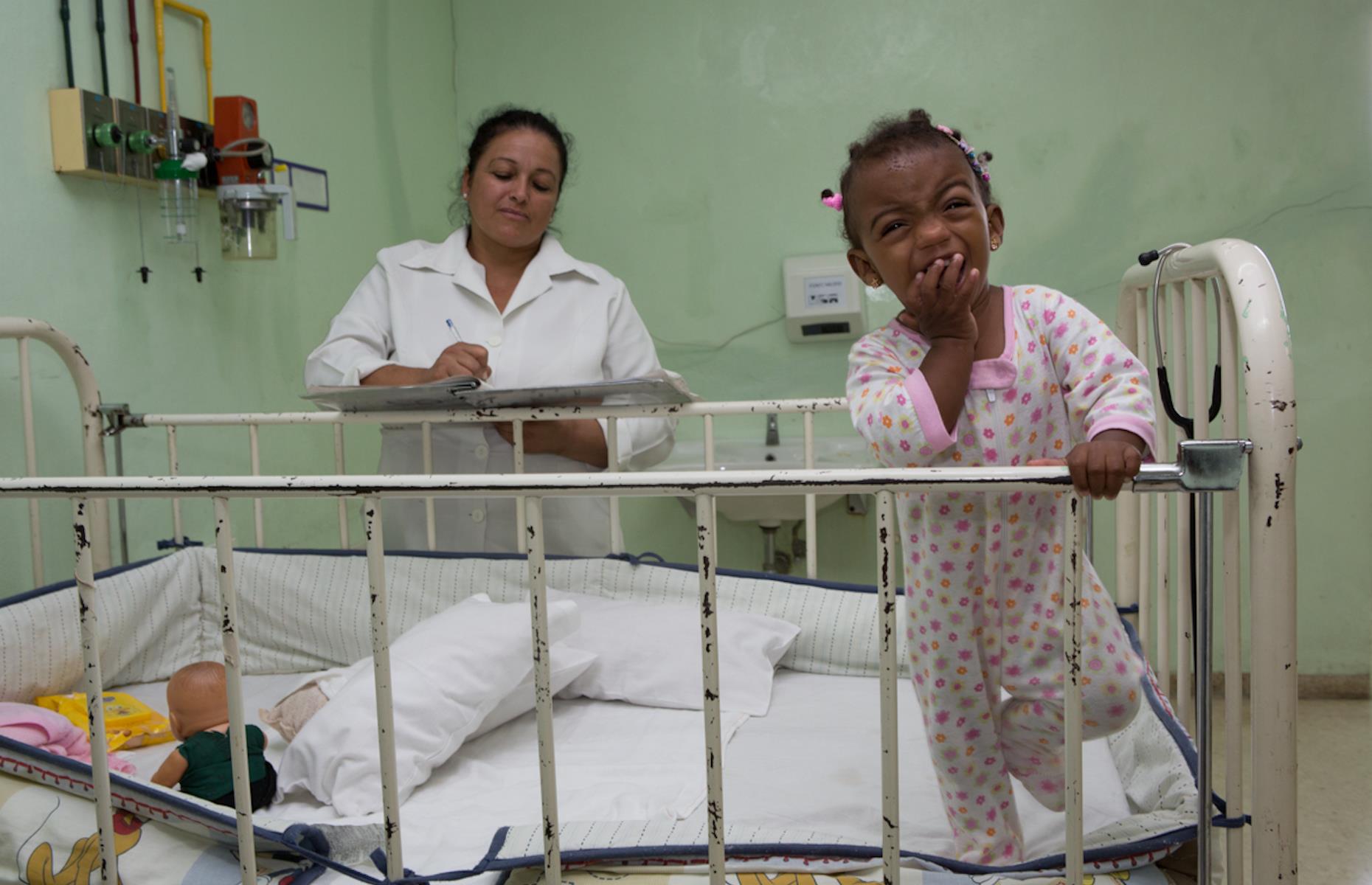 Cuba had one of the best healthcare systems in the world, but in the early 2000s it was suffering badly from lack of resources. Over time the foundation injected over $68 million (£53m) into the country. This largely went towards creating better health outcomes, but some paid for work that helped improve relations between Cuba and the United States. This was seen as instrumental in the Obama administration re-establishing diplomatic and commercial ties with Cuba. 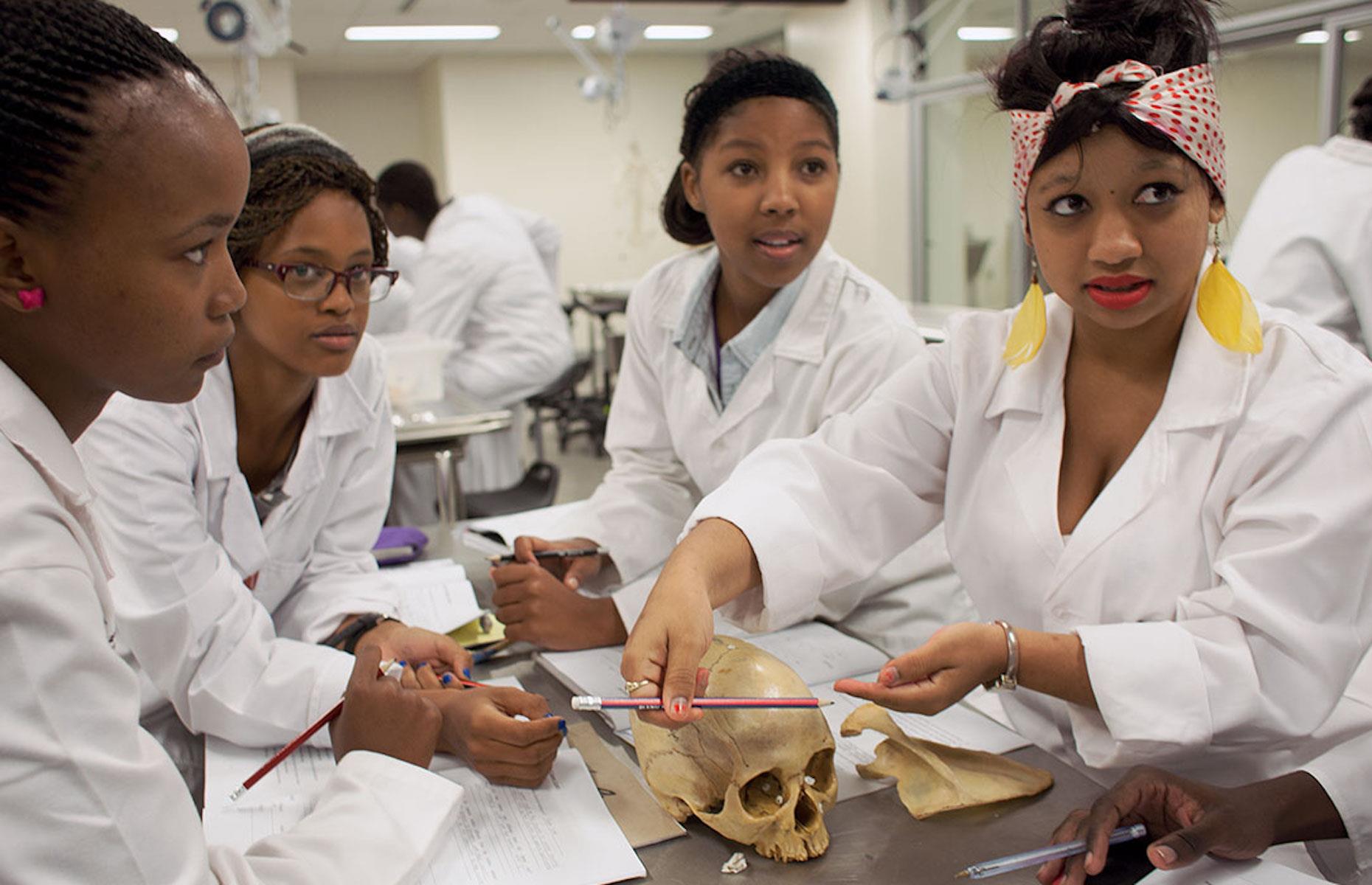 Making a mark in South Africa

Atlantic Philanthropies saw the end of Apartheid rule in South Africa as an opportunity to help heal the wounds of years of inequality. Its contributions helped aspiring young black South African attorneys get law degrees in the new multiracial Constitutional Court and it boosted health services and improved research facilities at historically disadvantaged higher-education institutions. By 2016, $424 million (£331m) was spent on improving the lives of the country’s least advantaged. 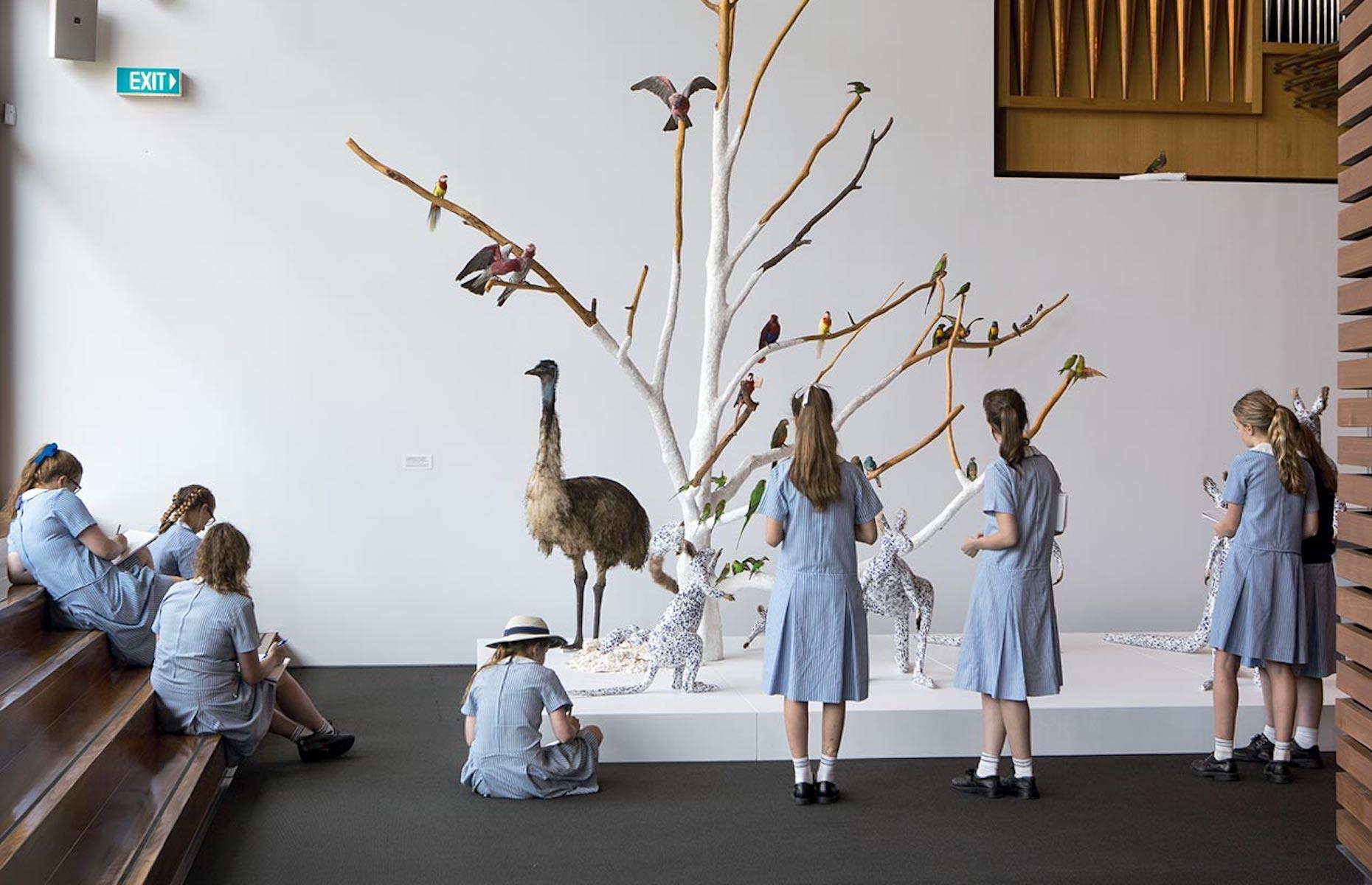 Feeney was also drawn to Australia, as he felt it had many similarities with Ireland. He could see the talent in the country was undervalued. Over time the foundation distributed grants to 23 organisations across Queensland, Victoria, New South Wales and Tasmania and co-funded the creation of eight new research institutes. Between 1998 and 2016, Atlantic invested $368 million (£288m) in expanding Australia's bio-med research, bolstering higher education and advancing social equity. 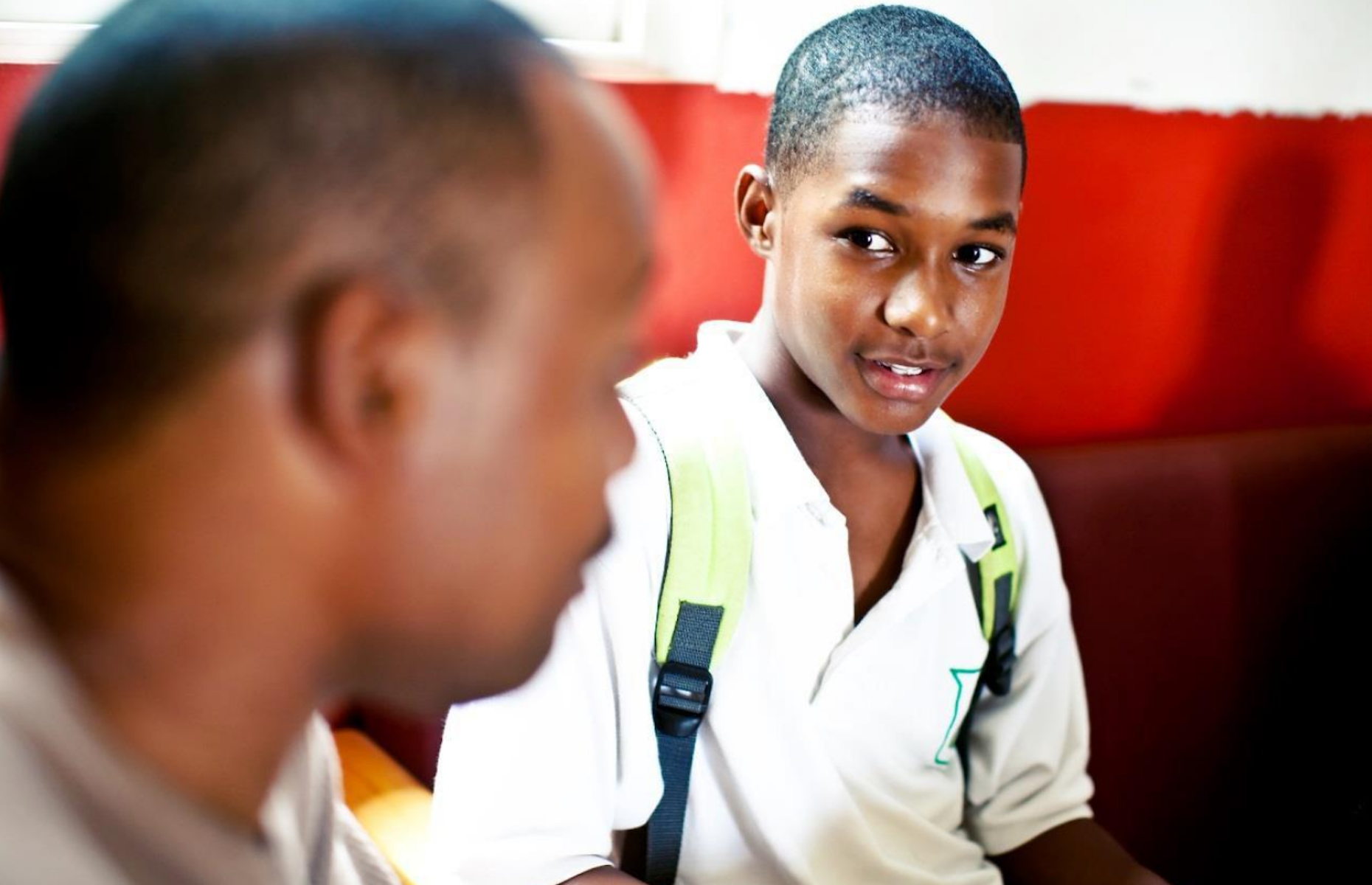 Bermuda wasn't just a base

Until its dissolution this September Atlantic Philanthropies was based in Bermuda, but the foundation didn't just operate from there. It also invested heavily in the island. Between 1992 and 2016 over $28 million (£22m) were spent in Bermuda. The grants supported local groups working to address disparities in health, education, public safety and criminal justice. 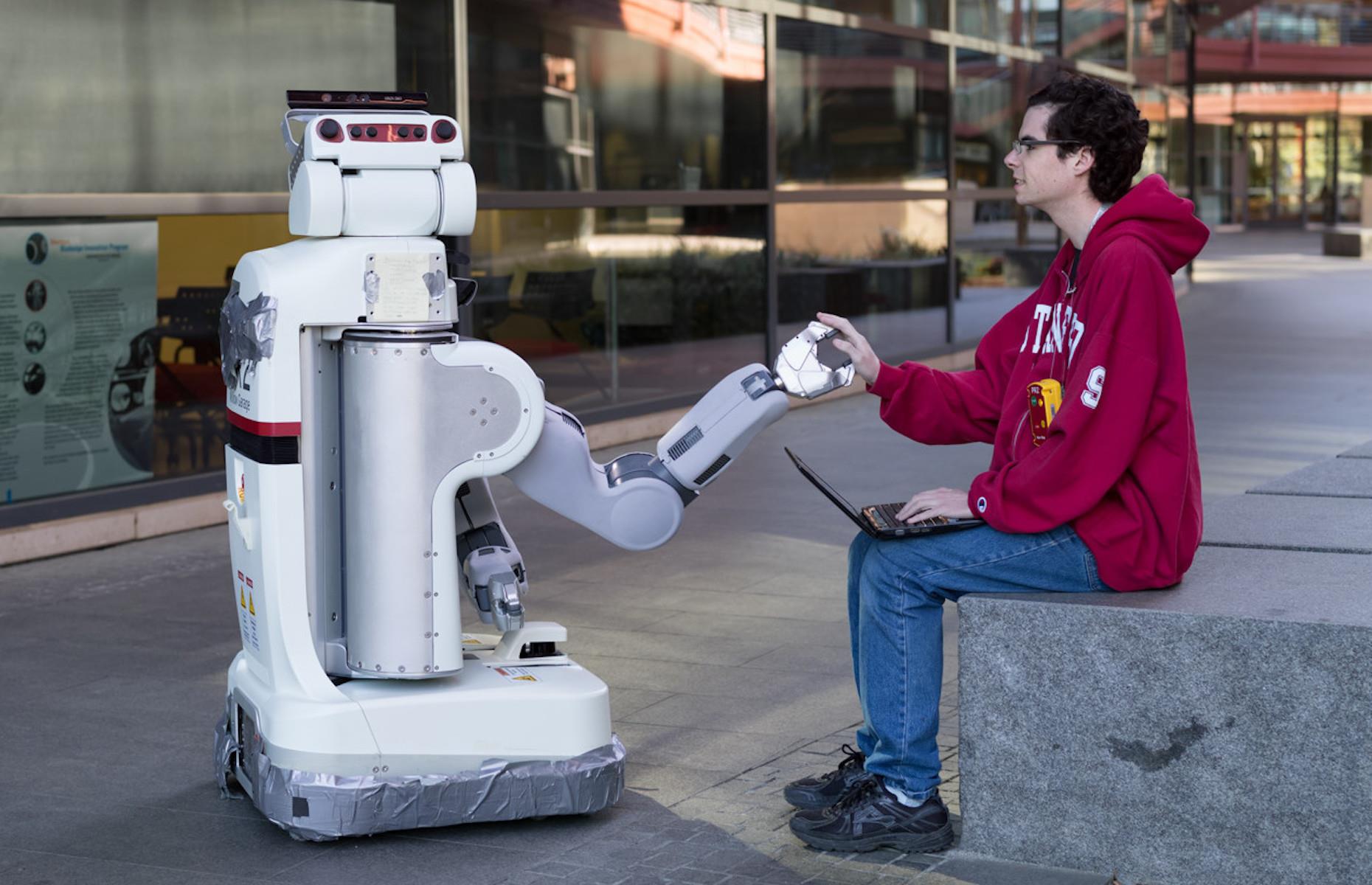 Giving back to America

The GI Bill had led Feeney to be the first of his family to go to university. He was forever grateful for the step up this gave him and so a large bulk of grants in the United States were given over to reducing inequalities in the education system. There were also substantial funds provided for life-saving medical research, expanding access to high-quality healthcare and enabling older adults to live well and continue to be able to make meaningful contributions to society. In total, the foundation granted $3.9 billion (£3bn) in the country.

The 30 most generous Americans of all time 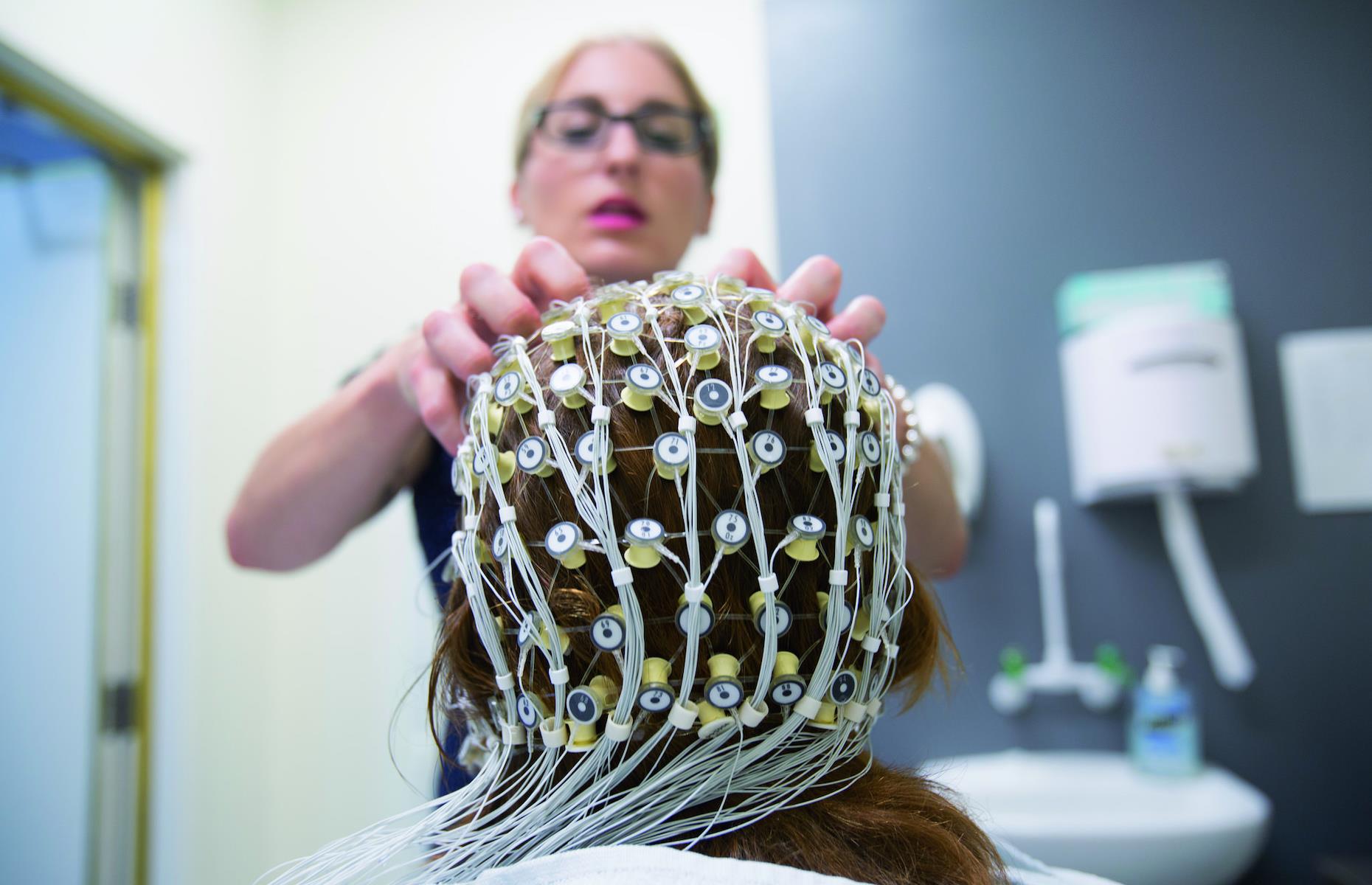 In 1999, Feeney began to spell out to the foundation that he wanted it to spend all the money and have made its final grants before the end of 2016 when he turned 85. In 2015 the foundation began funding what it termed its final 'big bets'. This became known as the Atlantic Fellows programme. It focused on advancing racial equity, social equity, brain health, global inequality and health equity. The University of California San Francisco and Trinity College Dublin, for example, jointly received $178 million (£142m) to create the Global Brain Health Institute, whose goal is to dramatically reduce the number of people who develop dementia.

From Adele to J K Rowling: acts of philanthropy by the rich 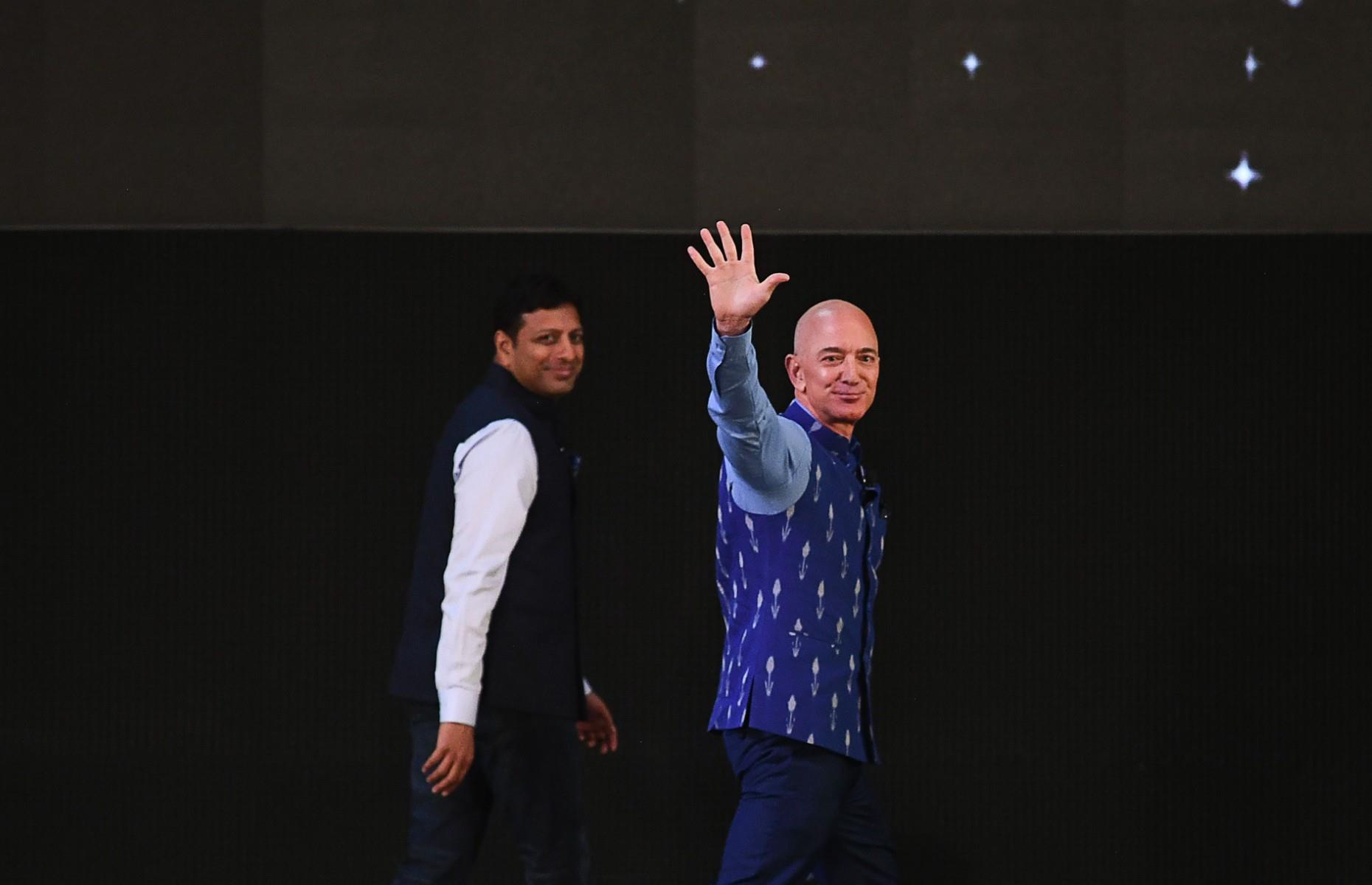 The wealthy have a responsibility

Feeney is a real advocate of other rich individuals helping those who aren’t so well-off, and in an age of billionaires and soon-to-be trillionaires, the philanthropist has been quite clear on his stance. Feeney has often highlighted the duty that comes with being wealthy: “People must… feel a responsibility to use some of their assets to improve the lives of their fellow humans, or else create intractable problems for future generations”.
Features 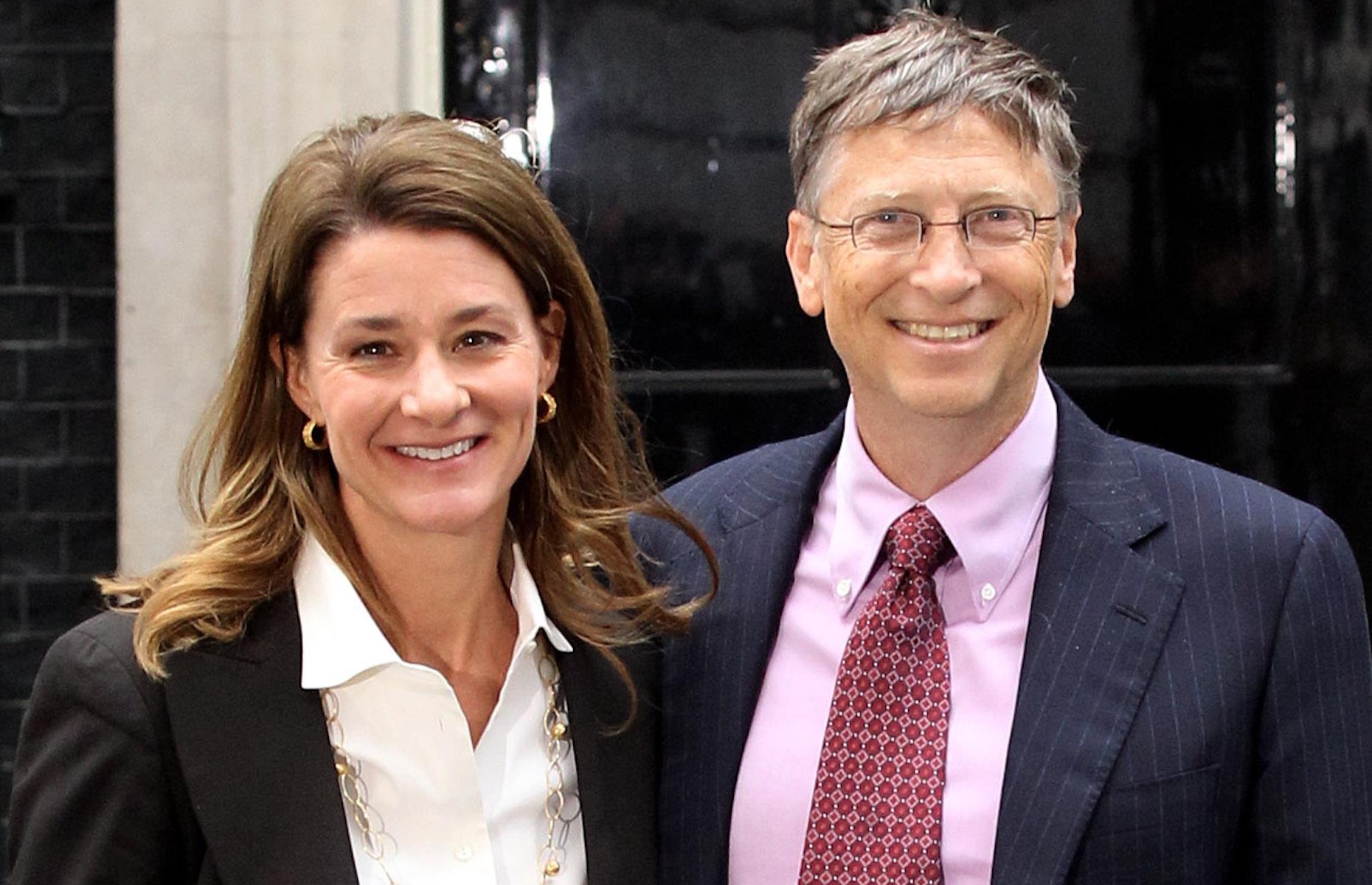 Bill Gates takes up the baton

Feeney's incredible generosity, his motto of giving while living, and the phenomenal achievements of the Atlantic Philanthropies foundation is said to have inspired Bill and Melinda Gates (pictured) and Warren Buffett to set up the Giving Pledge. This is an entity designed to encourage the world's wealthiest people to commit to spending the majority of their wealth on philanthropic causes, either during their lifetimes or through their wills. So far more than 200 people have signed up to the Giving Pledge, including Mark Zuckerberg and Elon Musk.

At the grand age of 89, Chuck Feeney has finally achieved his goal of giving away his billions in September 2020. In the 38 years since he set up Atlantic Philanthropies, the foundation has given away $8 billion (£6.3bn) in grants to programmes, people and places where it saw the chance to create opportunity and promote greater fairness and equity for all. Its mission complete, Feeney has now signed the papers to confirm the organisation’s dissolution. In 2012, he told Forbes that he would be leaving $2 million (£1.6m) aside for his and his wife Helga's retirement, meaning that his total giving is 375,000% more than his net worth at this stage. Feeney continues to live in his small, rented apartment in San Francisco, safe in the knowledge that his billions have helped thousands of people to lead better lives.

Now read about a maverick billionaire who might change the world