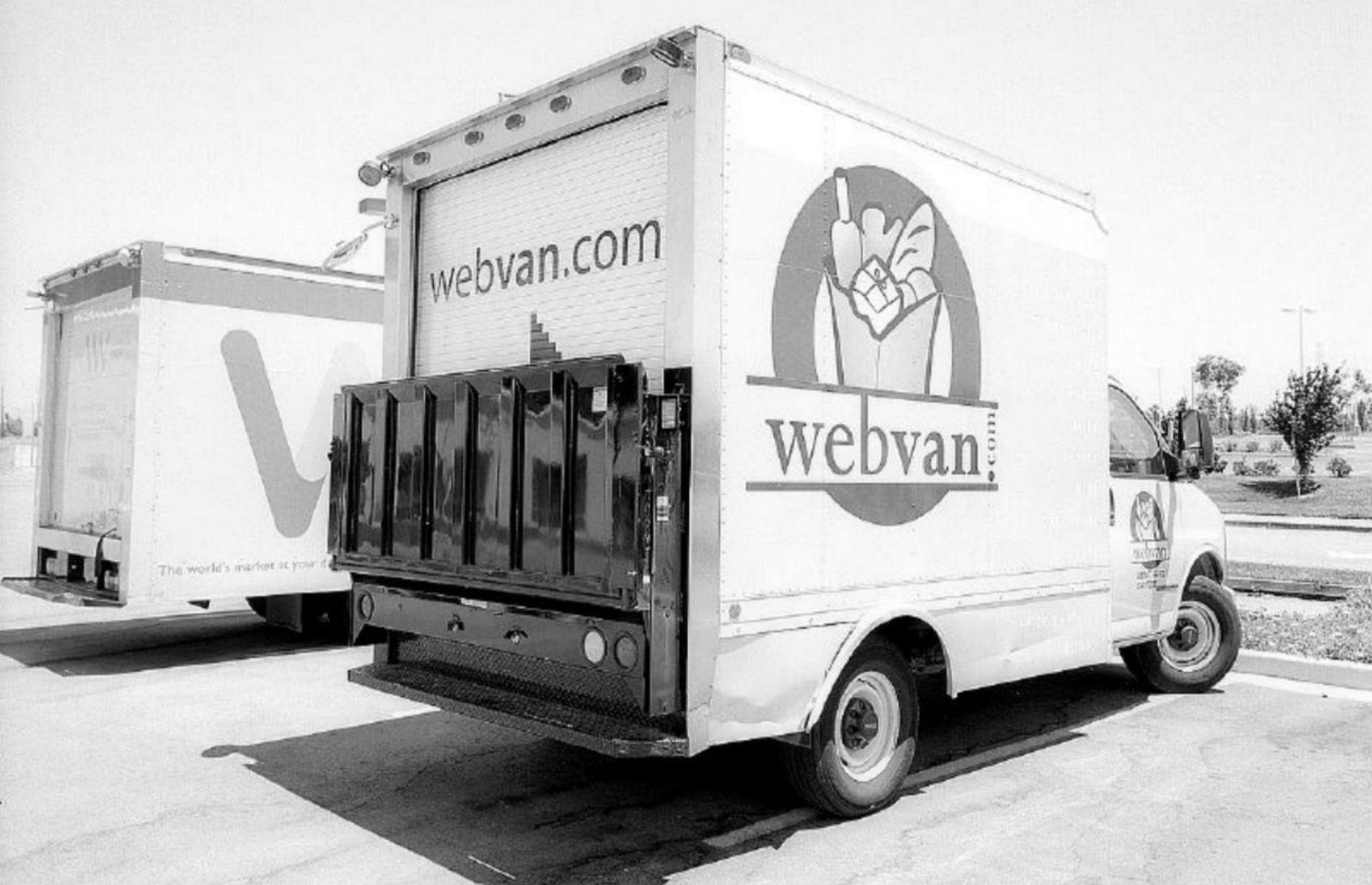 Online dreams that were shattered

In the late 1990s many people around the world dreamed up businesses to cash in on the burgeoning popularity of the internet. Some, such as Amazon and eBay, succeeded in conquering the world. Many more crashed and burned. We take a look at what happened to nine businesses hyped as the next big thing but who didn't survive the bursting of the dotcom bubble.
Features
1 of Shutterstock
List View Gallery View Full screen

Few companies epitomised the dotcom bubble more than Pets.com, which sold pet products. It had an iconic glove puppet mascot, a SuperBowl ad and a balloon in the Macy’s parade. However, as sales boomed following its aggressive advertising campaign, it struggled with issues such as distribution. When the bubble burst and funding was pulled, Pets.com was dead in the water and around $300 million of capital investment was lost.
Features

The end was particularly tough for founder Julie Wainwright (pictured). At 4am her husband told her he wanted a divorce before she then had to head to work and start laying off employees. A later start-up also failed but she seems to be on track now with her latest venture the Real Real, an online shop for pre-owned luxury items from big names. Business is booming and the company is expanding.
Features
3 of Courtesy Artisan Entertainment
List View Gallery View Full screen

Kaleil Isaza Tuzman (pictured right) was one of the better known, but least successful 90s dotcommers. He left Goldman Sachs to start up Gov.Works, which had the great idea of allowing people in the US to pay parking tickets and get other government services online. He was so confident that he allowed a film crew to follow his attempts. Sadly it blew $60 million in venture capital and never made any actual money. To add insult to injury the film Startup.com also flopped, although it was critically acclaimed.

Things haven’t got much better for Tuzman. In September 2015, he was arrested in Colombia at the request of US authorities. He is now awaiting trial, accused of fixing the markets to boost the price of Kit Digital, a video advertising company. He claims he was raped while imprisoned in Colombia.
Features 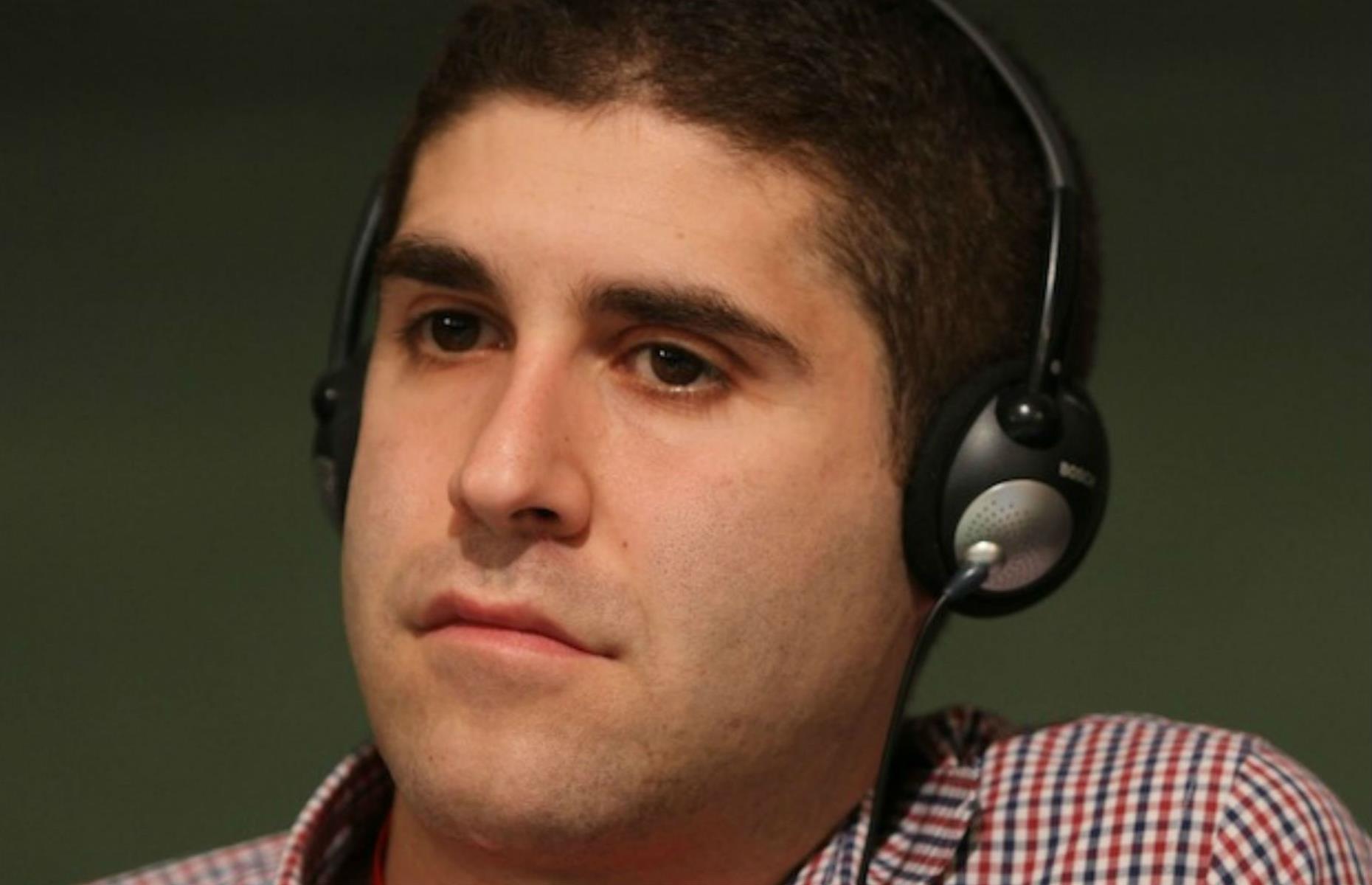 At the age of 17, Benjamin Cohen (pictured) became the UK’s first dotcom millionaire, in the media at least. The press reported that his community site, Jewishnet.co.uk, was worth over $6 million. This turned out to be his own father’s estimate, but word quickly spread and he was soon being hailed as a major success story.
Features
6 of Shutterstock
List View Gallery View Full screen

The reality was less glamorous. When one BBC journalist went to interview him, he found him with a friend operating out of a glorified broom cupboard. Unfortunately pretty soon the whole thing collapsed. Cohen, however, didn't let it bring him down. He's a successful journalist who has worked with Channel 4 and is the founder of popular LGBT website Pink News.
Features 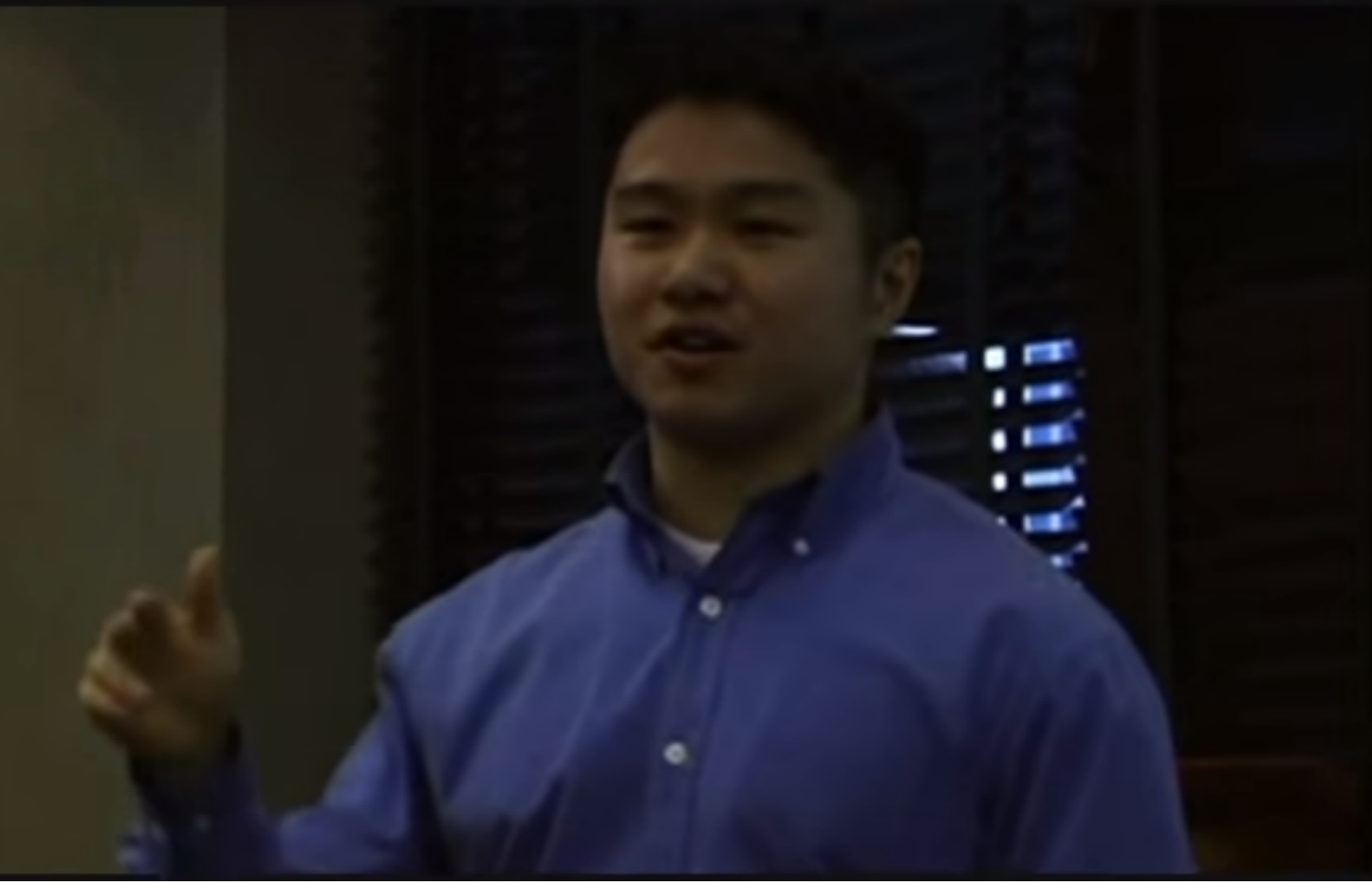 "It's like taking the tiger by the tail, it's one wild ride." So says Joseph Park (pictured) at the beginning of the documentary E-Dreams. He's talking about his experiences trying to launch an early version of Amazon called Kozmo. It planned to offer free one-hour delivery for DVDs, books, games and much more, when Amazon was still just a book delivery service and Jinn was just a glint in its founders' eyes. It quickly became popular among students, but critics said it would never work...
Features 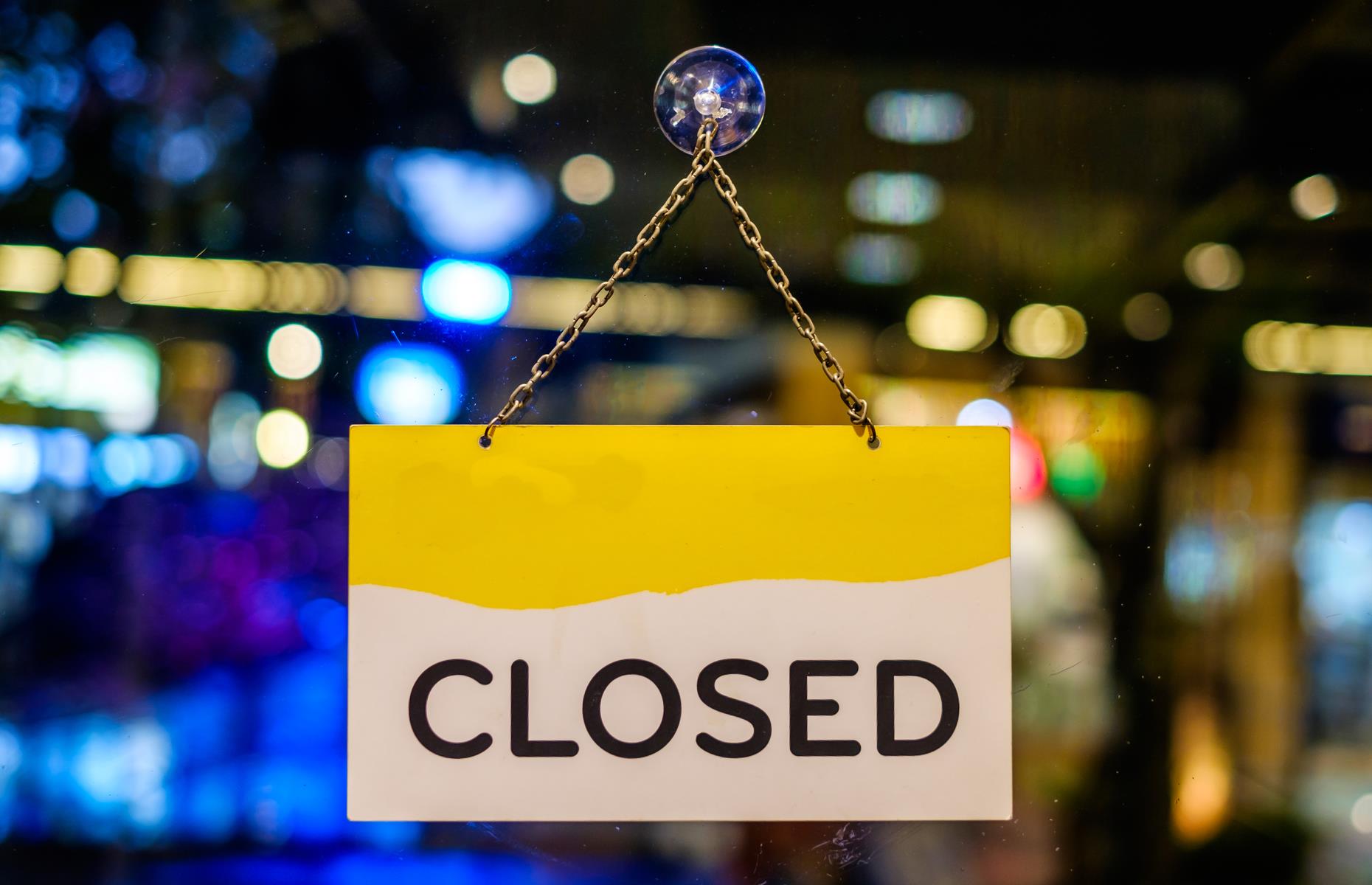 Sadly, in this case, the critics turned out to be right. In 2001 staff turned up to find the doors were locked and that Kozmo was no more. The cost of free delivery and a free returns policy was just too high. A return was announced in 2013, but the website is currently inaccessible. Park, meanwhile, went on to found Askville in 2006, which is now part of Amazon, and is currently president of biblegateway.com.
Features
9 of Feature Flash Photo Agency/Shutterstock
List View Gallery View Full screen

Some entrepreneurs struggle for years to find a great idea but Mark Cuban (pictured) had it brought to him. Already a millionaire at the age of 32, he met two entrepreneurs, Cameron Jaeb and Todd Wagner, who had created a sports streaming service called Audio.net. The platform worked as an early internet radio. Cuban liked what he heard so he invested in the idea and eventually took control of the company.
Features
10 of Felix Mizioznikov/Shutterstock
List View Gallery View Full screen

Cuban renamed it Broadcast.com and business was good. It attracted the attention of Yahoo, who paid the eye-watering sum of $5.7 billion for it and made it part of their broadcast services – the biggest acquisition Yahoo ever made. Cuban went from millionaire to billionaire and bought himself a superyacht.
Features
11 of Kathy Hutchins/Shutterstock
List View Gallery View Full screen

However, Broadcast.com didn't fare quite as well. In 2002 Yahoo closed down most of its broadcast services and Broadcast.com has since been discontinued. Cuban (pictured centre), though, has gone from strength to strength. Today he owns the NBA's Dallas Mavericks, he continues to invest in start-ups and appears on US TV's Shark Tank.
Features 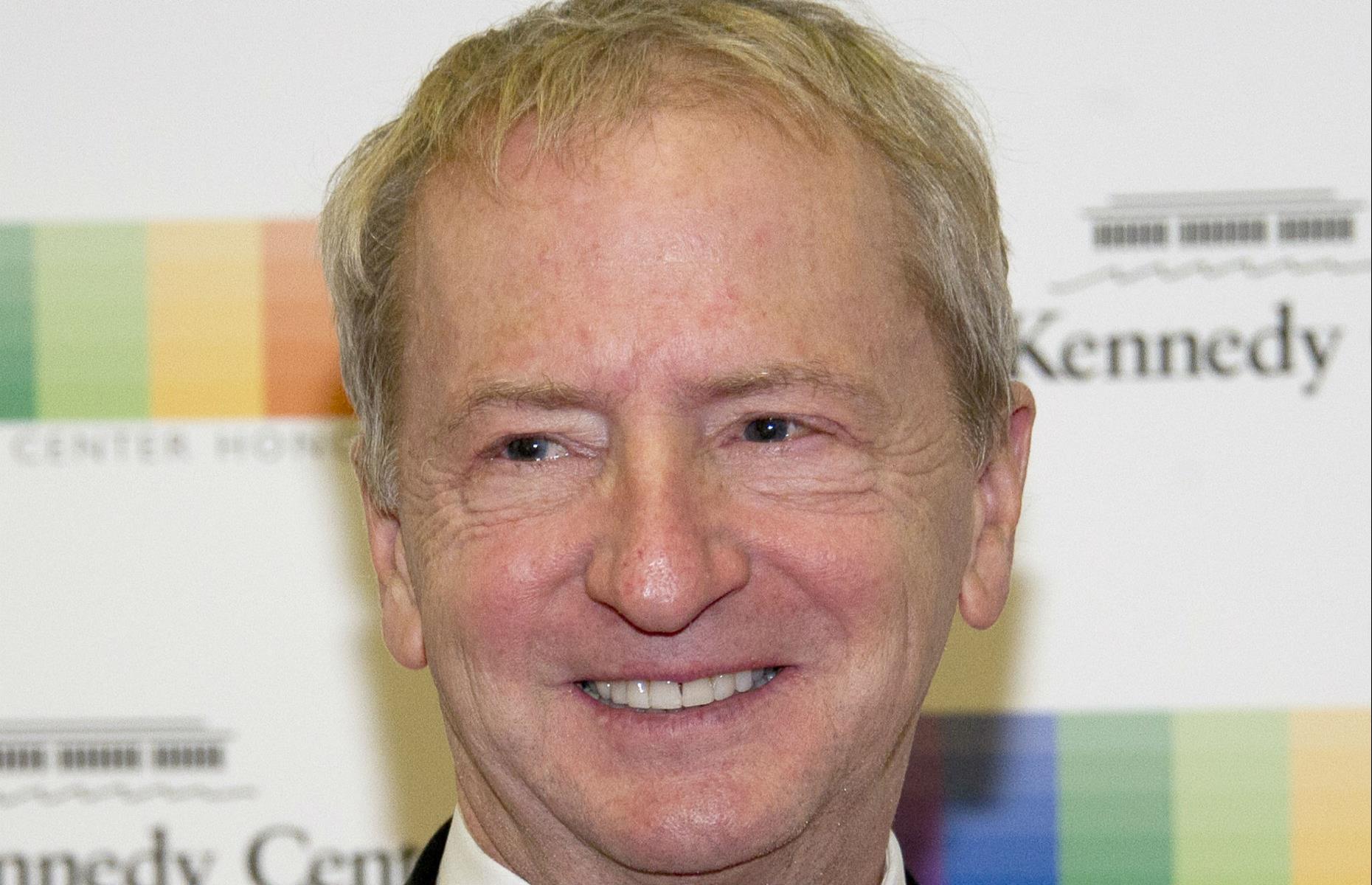 Back in the 90s ordinary people couldn't just throw up their own website. You needed resources and a lot of tech know-how. Then David Bohnett (pictured) came along with Geocities, and gave people the chance to create their own homepages easily within their network. The results were some weird and wonderful creations, and it was soon the third most-visited site on the internet. So what went wrong?
Features 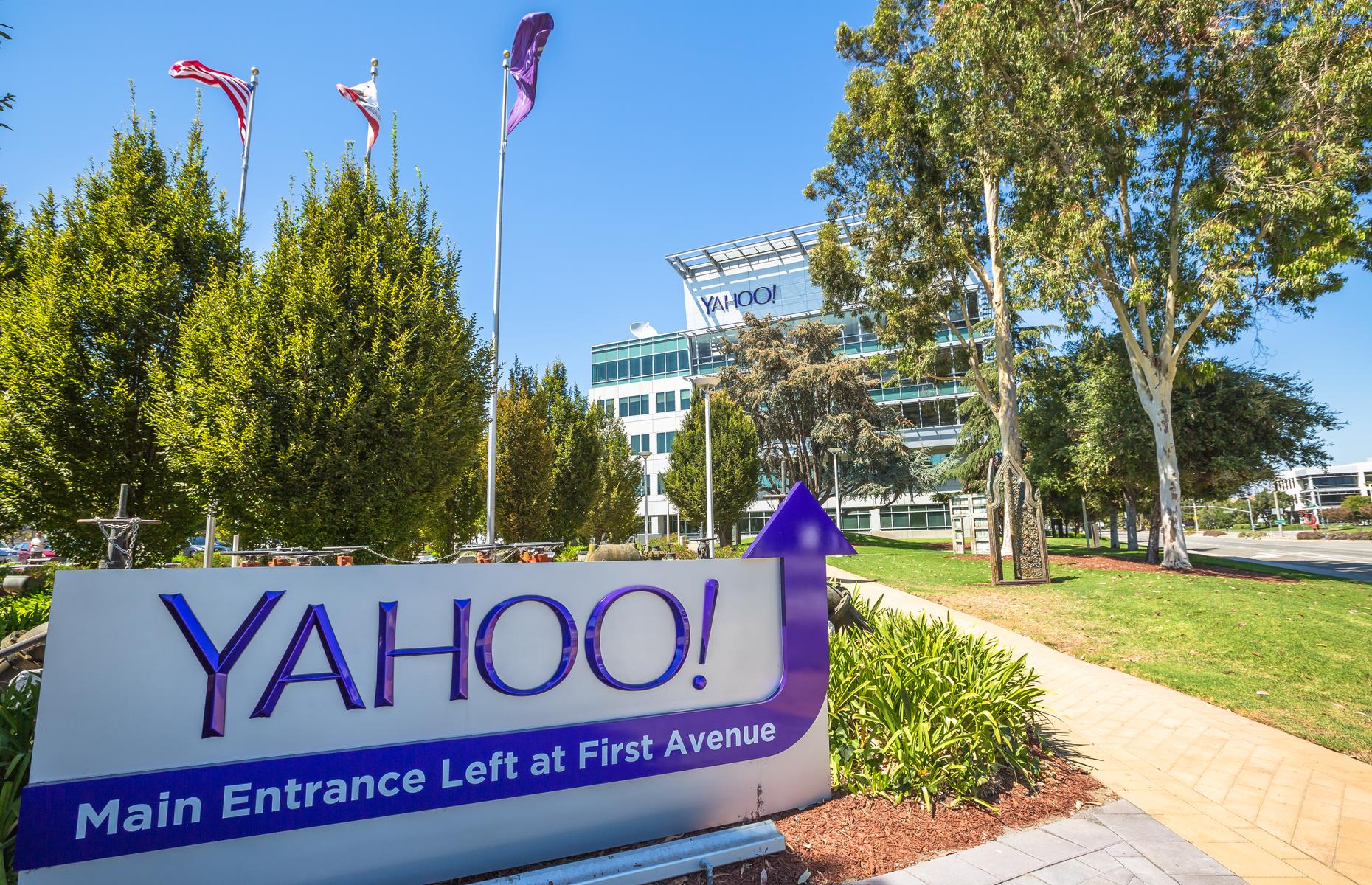 Yahoo was to blame. At the height of the bubble it bought Geocities for $3.57 billion. Users were not happy and, after Yahoo changed the terms of service, they began leaving in their droves. Other web hosting services popped up and in 2009 Yahoo wound it down. Bohnett was still smiling. He'd netted a cool $300 million in the sale. He now runs the David Bohnett Foundation, which promotes social activism, as well as his own investment firm. Geocities is only available in Japan today.
Features

Back in the 90s Swedish entrepreneurs Ernst Malmsten (pictured) and Kajsa Leander wanted to take high-end fashion and put it on the internet. The result was Boo.Com, which set out to conquer the world but fell flat on its face. It launched in 1999 and burned through $135 million in venture capital in just 18 months, before being placed into receivership in May 2000. It was one of the biggest and fastest busts in history.
Features 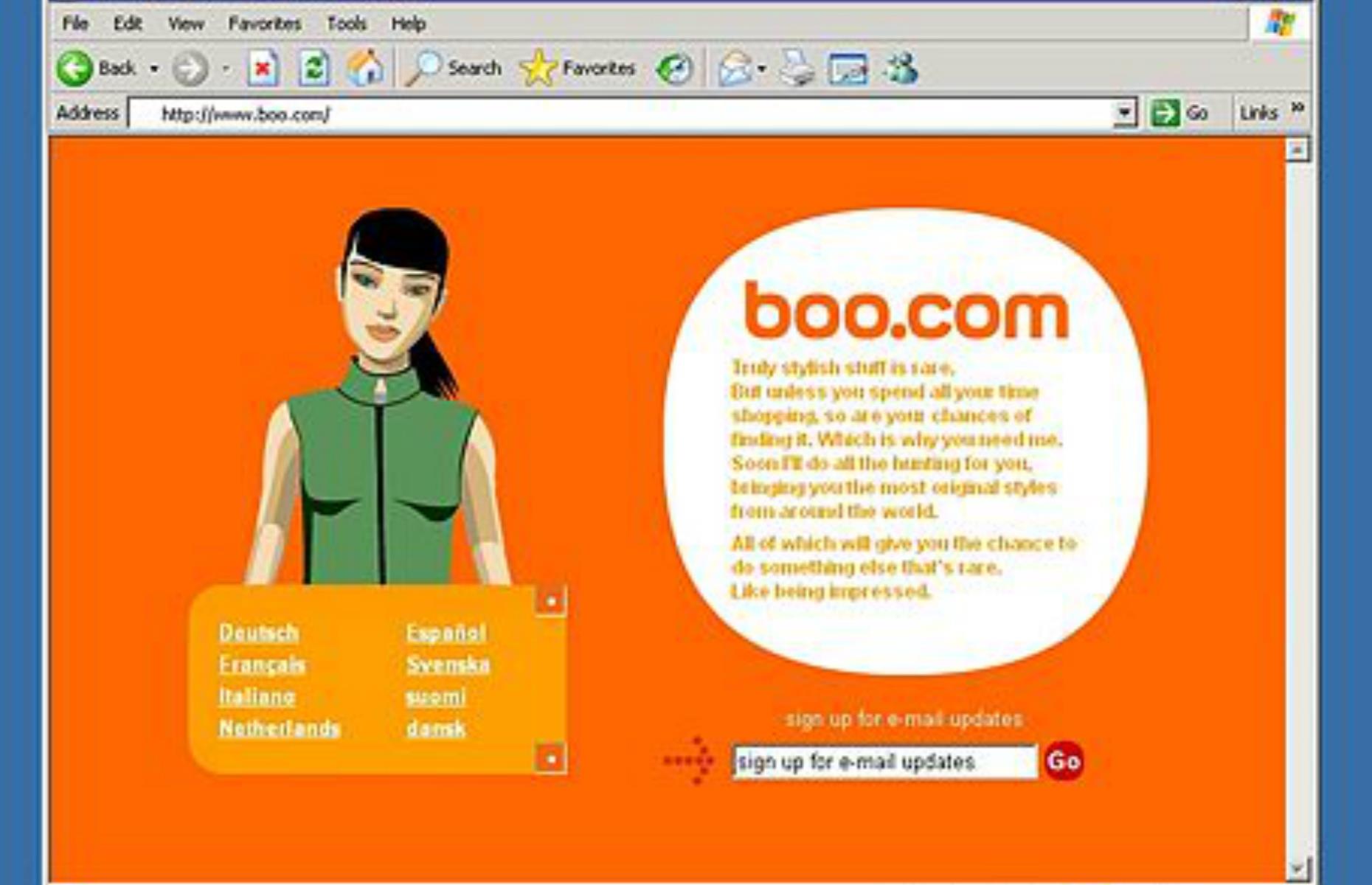 Part of the trouble was that Malmsten had a taste for luxury and the company was living beyond its means. It was headquartered in London's prestigious Carnaby Street, in an expensive historic building. Between 1999 and 2000 the number of employees grew from 40 to 400 in eight offices around the world – and that was before they had even officially started selling anything. The website alone cost $40 million, according to Malmsten. No wonder they smashed through that much cash in record time!
Features 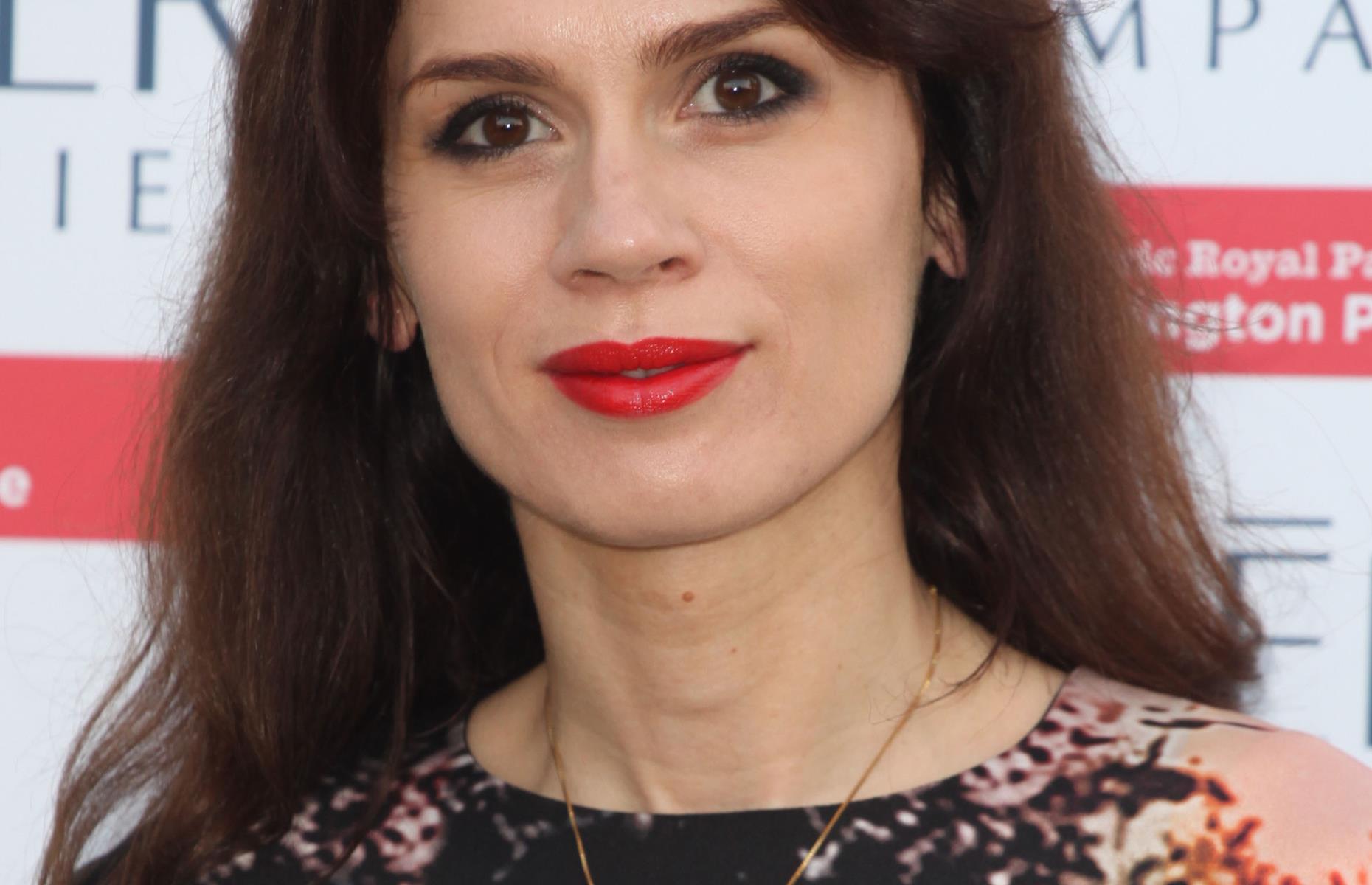 Malmsten responded by writing a book and appearing on documentaries about the failed venture. Now though he's back in the fashion trade. After meeting jewellery designer Lara Bohinc (pictured), he joined her rising luxury jewellery and accessories business. Meanwhile, Leander co-founded an advertising agency in Italy with her husband.
Features 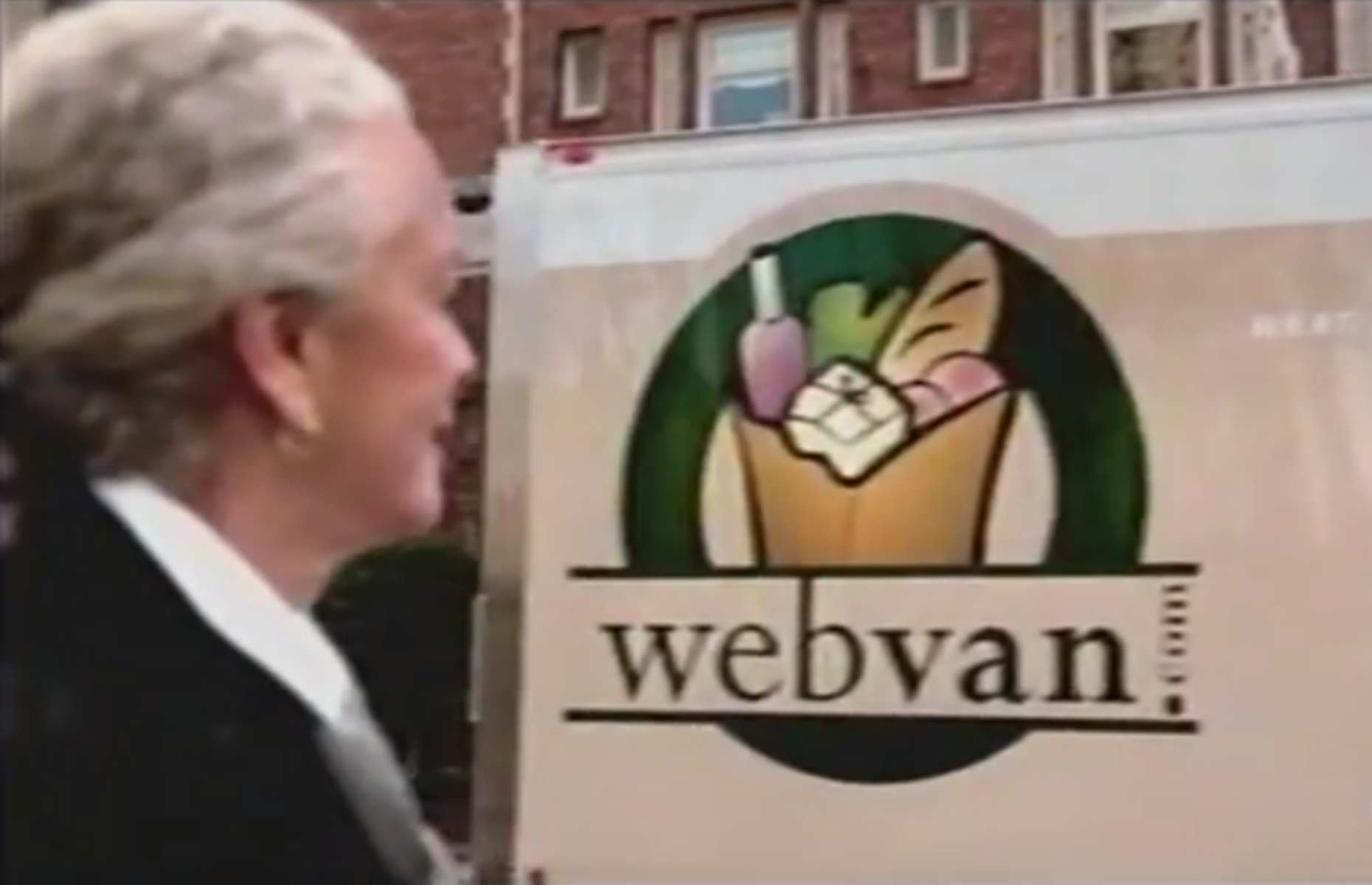 Most dotcom entrerpreneurs are young but Louis Borders had been there and done that. He'd already made it big with the Borders chain of book stores. Now he planned to pioneer the world of home delivery with Webvan, a business that delivered products to customers' homes within a 30-minute window of their choosing. A 1999 IPO raised $375 million and the company raised a further $1.2 billion.
Features 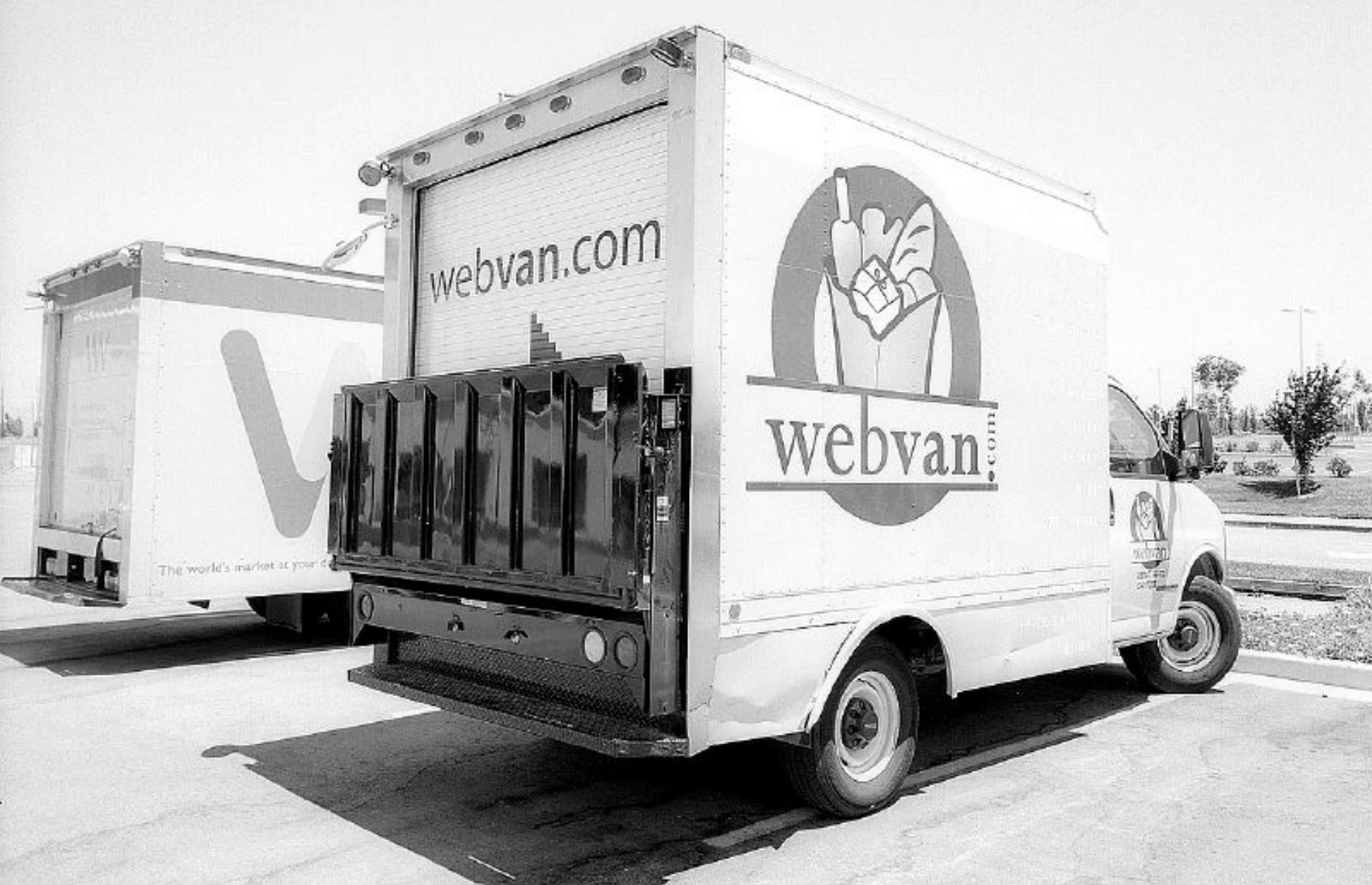 There was plenty of trouble brewing from the off though. Despite Borders' past success, he had no experience in the industry he was breaking into. They decided to build incredibly costly infrastructure like warehouses from scratch, and expanded too quickly throughout California without ever getting a strong foothold anywhere. In the end they filed for bankruptcy after just three years and 2,000 people lost their jobs.
Features 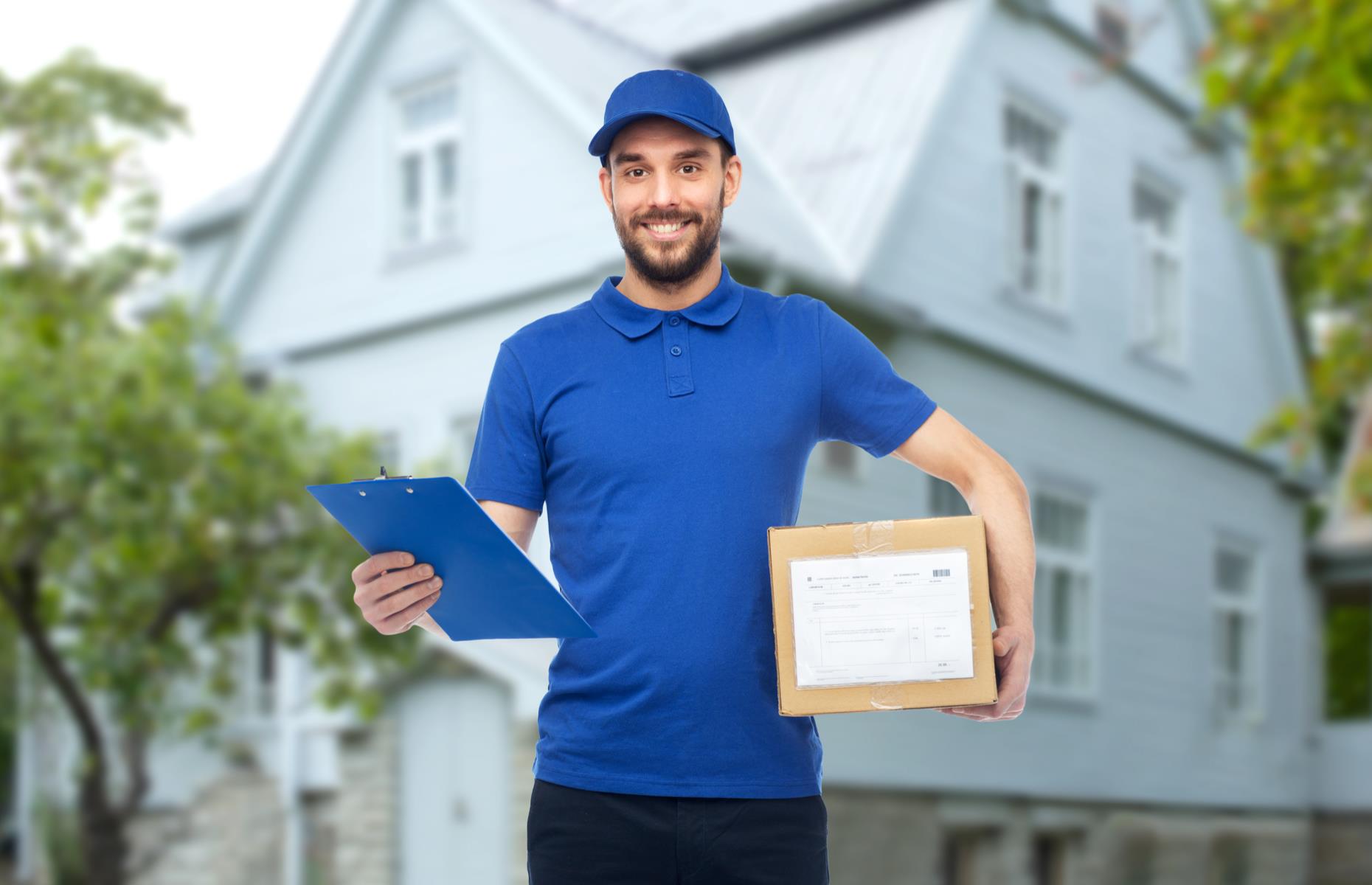 In 2013 Borders announced a comeback with Home Delivery Service (HDS), something of a Webvan version 2.0. It offers an online marketplace for retailers and a service where people can have goods home delivered to their door. However, it's still in development four years later, and it doesn't look like it's getting off the ground anytime soon.
Features 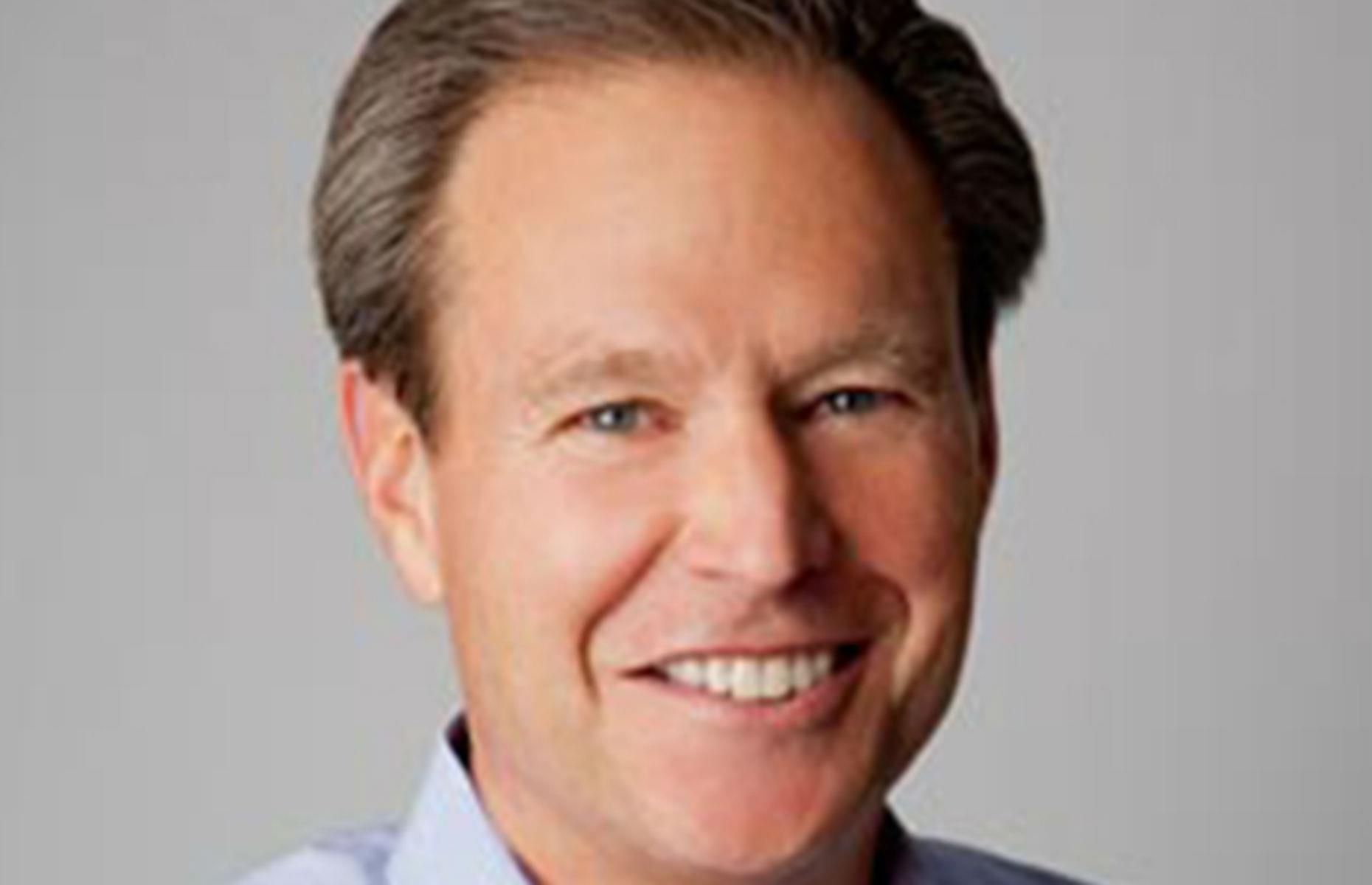 In 1995 a group of Stanford University students launched a search engine called eXcite. Everything was going well, as Google was still in its infancy and the world of search engines was still wide open for opportunities. In 1999 its CEO George Bell (pictured) actually had the chance to buy Google for $1 million but felt the price was too high, even when it went down to $750,000, according to Forbes.
Features 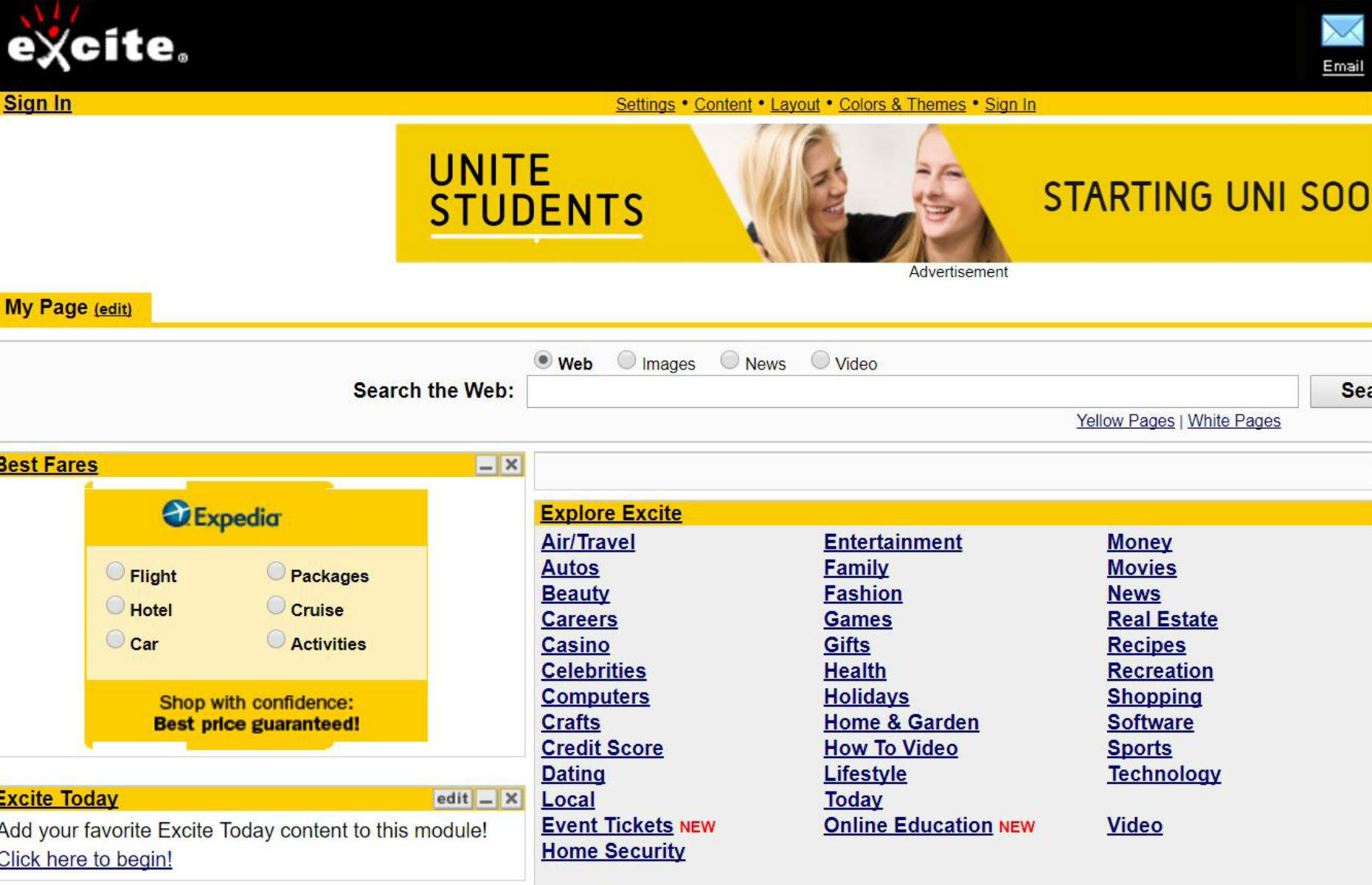 By the late 1990s eXcite was a reliable and growing search engine and in 1999 @Home bought it for $7 billion, after a bidding war with Yahoo. However, by 2001 it was filing for bankruptcy. "It's very easy to look back and say should have, could have, and would have. I think the decision we made at the time, with what we knew, was a good decision. It's laughable to say that now, I suppose," Bell told CNBC in 2015. However, his career hasn't unduly suffered. He's gone on to be CEO of other fledging businesses which have been sold on for big bucks.