Rich and famous people who refuse to spoil their kids

Jonathan Brady/PA Archive/PA Images
Gordon Ramsay makes his kids fly in economy while he kicks back in first class – but it's not quite as cruel as it sounds. And he's not the only multimillionaire who refuses to spoil his kids either. We take a look at 24 famous names whose kids won't be sharing their wealth and the reasons why.

Although he has an estimated $400 million (£302m) net worth to play around with, Canadian businessman, investor and Shark Tank star Kevin O’Leary says he won’t be leaving any of it to his children so they acquire a work ethic. But he will ensure his children’s children and their kids can get an education thanks to a generation-skipping trust. The future looks bright for the O'Leary clan. 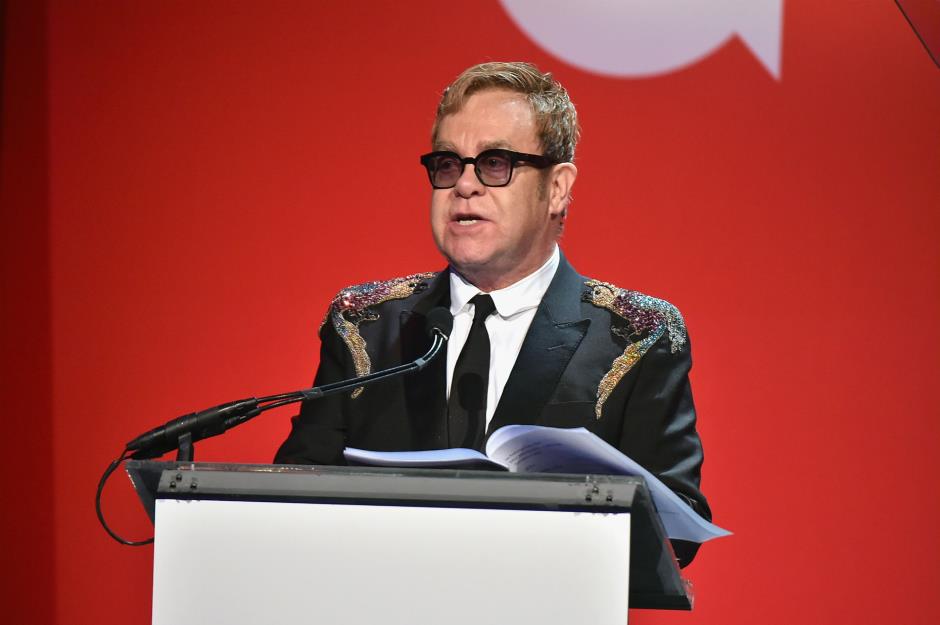 Sir Elton claims to owe his children – Elijah and Zachary – a lot when it comes to calming down his extravagant spending habits, but that doesn’t mean his estimated $415 million (£320m) fortune (according to the Sunday Times Rich List 2019) will be going into their bank accounts. The superstar told Mirror Online: "Of course I want to leave my boys in a very sound financial state, but it’s terrible to give kids a silver spoon.” 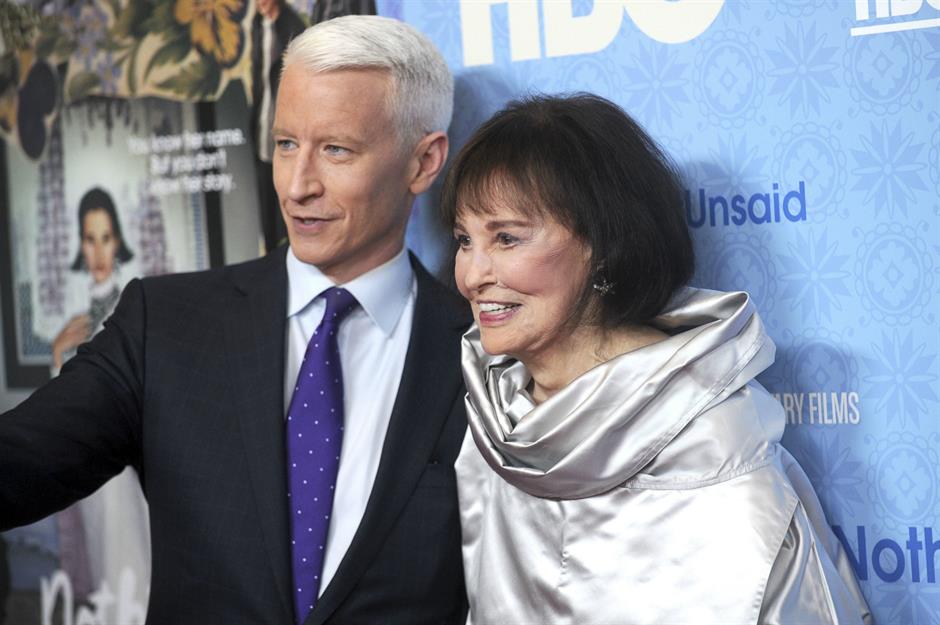 Dennis Van Tine/Geisler-Fotopres/DPA/PA Images
As the daughter of railroad heir Reginald Claypoole Vanderbilt, future socialite, author, actress and fashion designer Gloria Vanderbilt should have inherited a fortune, but she was left with only $5 million (£3.8m) after the money was frittered away by her father. She went on to earn her own $200 million (£154m) fortune from design, but her son, American journalist Anderson Cooper, won’t get a penny from her. But as he has amassed his own wealth of $100 million (£77m), he's A-OK with that. 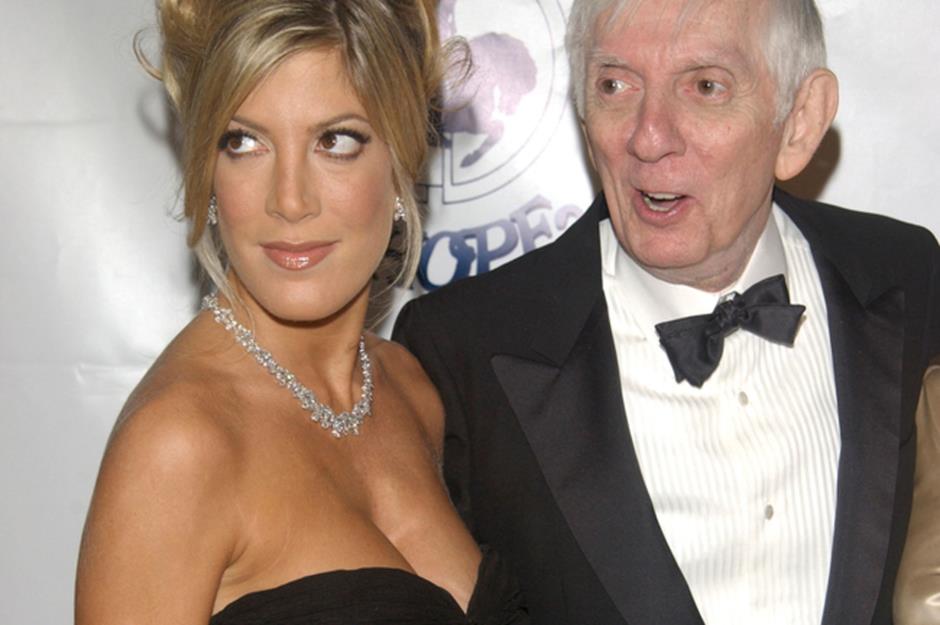 Featureflash/Shutterstock
Aaron’s wife Candy holds the purse strings when it comes to her late TV producer husband’s $600 million (£460m) fortune. Their daughter, actress Tori Spelling, received a mere $800,000 (£615k) from Aaron’s estate and is apparently in regular dispute with her mother, who’s intimated that she’s wary of her daughter overspending. 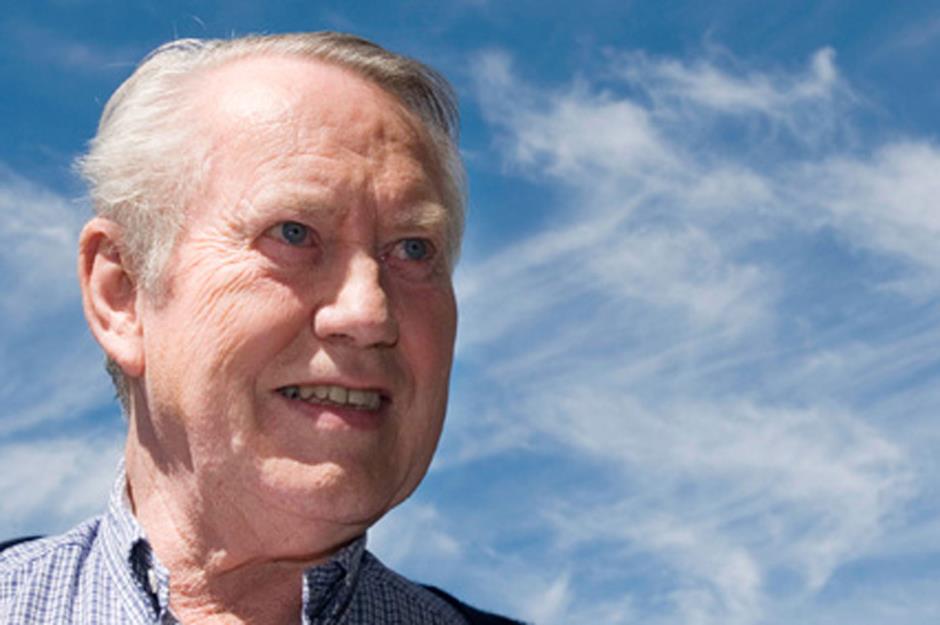 One-time billionaire Chuck Feeney, co-founder of the Duty-Free Shoppers group, transferred his wealth to his Atlantic Philanthropies foundation in the 1980s. Committed to a "giving while living" mantra, Feeney’s renowned for teaching his children the value of money by making them have holiday jobs and work their way through university. Now the 88-year-old and his wife Helga live in a relatively modest rented apartment in San Francisco.

Gordon Ramsay’s no-nonsense attitude applies both in the kitchen and at home. The multimillionaire chef – worth $63 million (£48m) according to Forbes – revealed his kids sit in economy as “they haven’t worked hard enough to afford [first class]”. And when it comes to inheritance: “It’s definitely not going to them, not in a mean way; it's to not spoil them. The only thing I’ve agreed is they get a 25% deposit on a flat.” Ramsay thinks he’s been lucky in his career, and wants his kids to work hard in theirs. And it's already paying off, as Ramsay's daughter Matilda (pictured third from left) has already had her own children's cooking show Matilda and the Ramsay Bunch, which launched on UK children's TV channel CBBC in 2015 when she was only 14 years old. 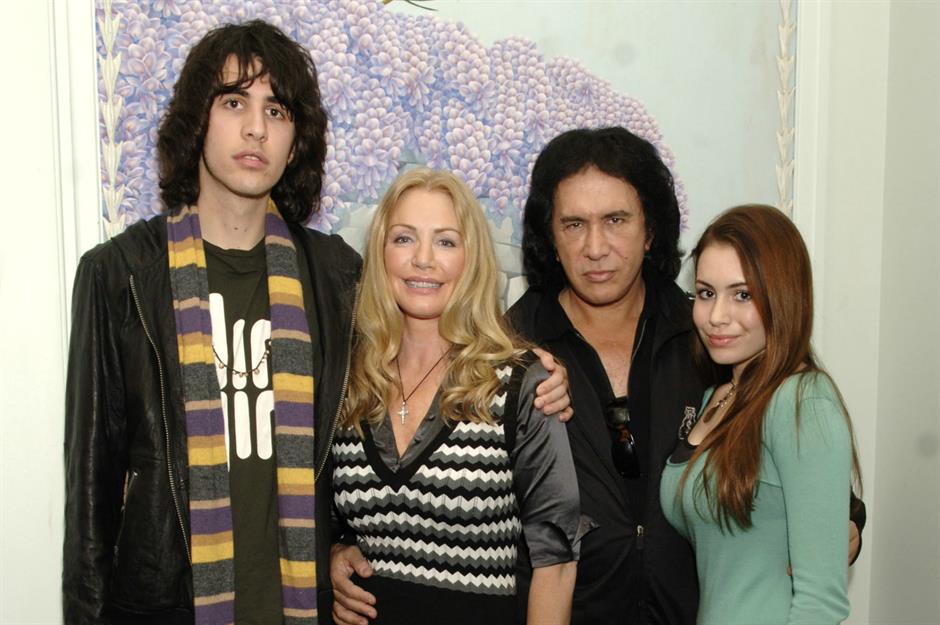 Gene Simmons, who came from a poor immigrant family before making it big as a rocker in glam rock band KISS, said of his two kids: “Every day they should be forced to get up out of bed and go out and work and make their own way.” He's not lying, as his family all starred in reality TV show Gene Simmons Family Jewels over seven seasons. 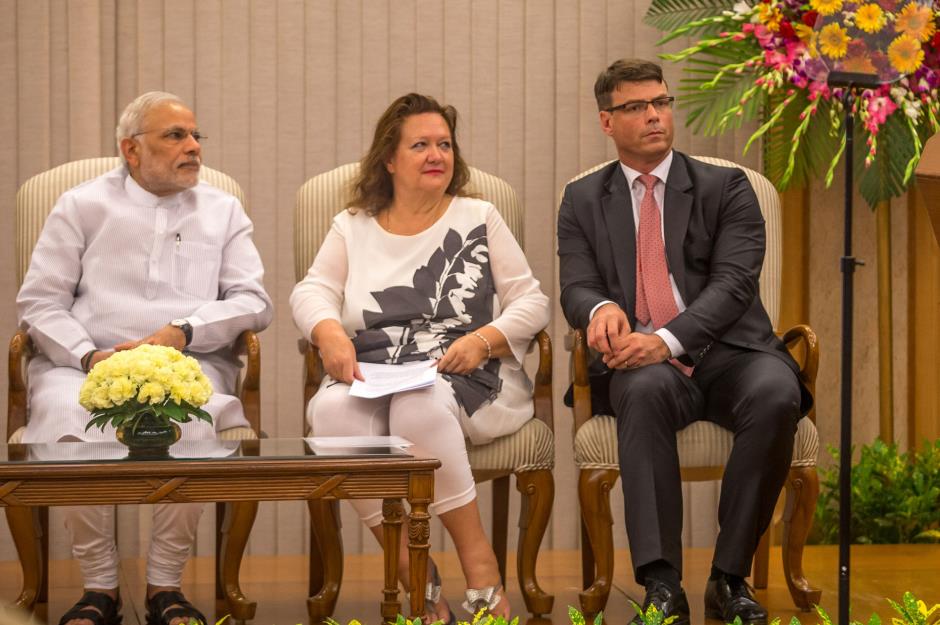 In May 2015, Australia’s richest person (pictured centre) – with a current net worth of $15.2 billion (£11.7bn) – lost a long-running legal battle with her children over control of a billion-dollar family trust set up by her mining magnate father. In the past she branded her three eldest children “slackers” who are “manifestly unable” to handle their inheritance. 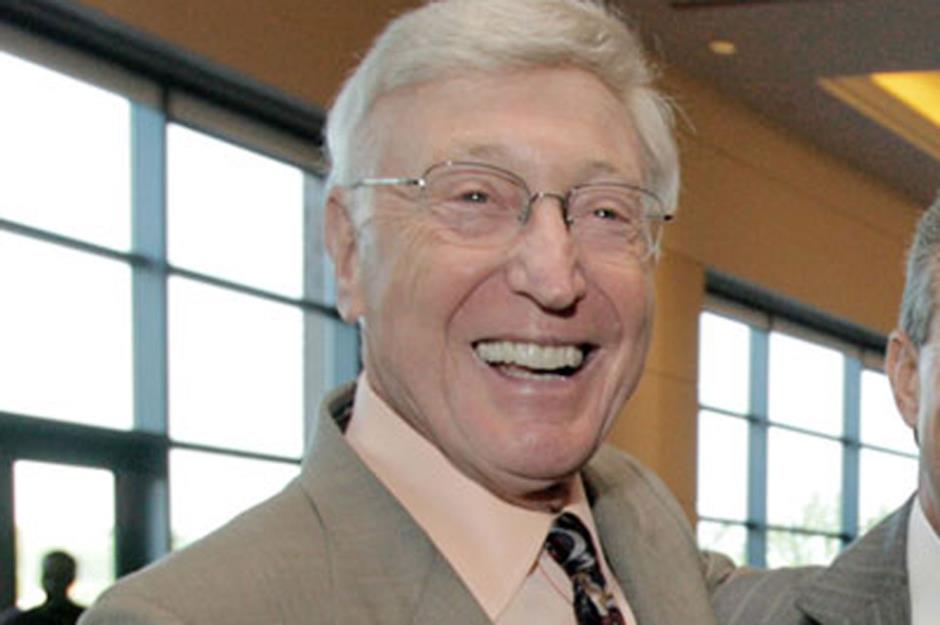 Robert Huffstutter via Creative Commons
A founder of US DIY superstores Home Depot, the businessman and philanthropist has made it clear that it’s for his children’s own good if they don’t inherit his wealth. Instead, the majority will go to education and his foundation, The Marcus Institute, which helps young people with developmental disabilities. 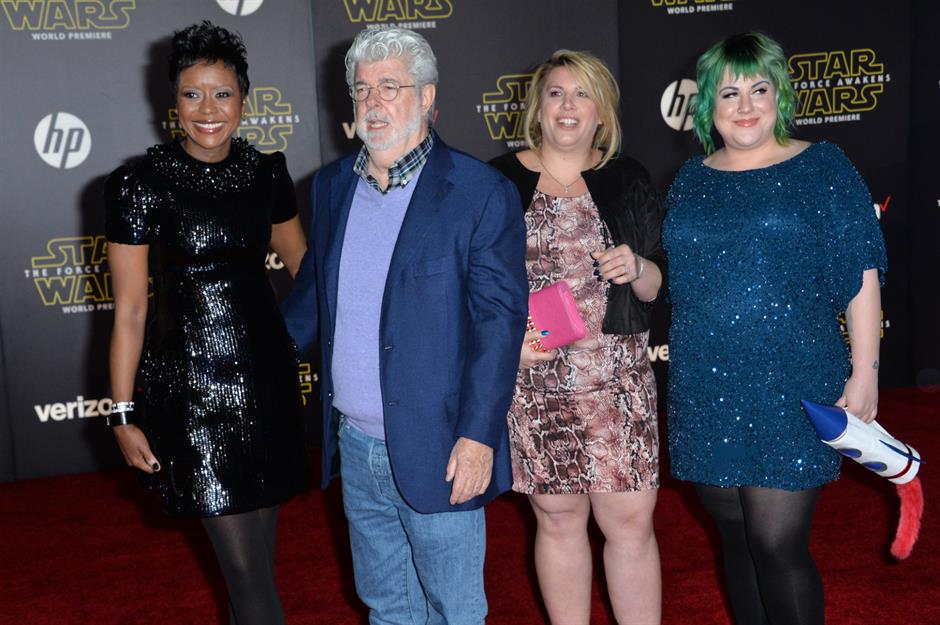 The producer-director and father of four committed to giving up most of his wealth in his Giving Pledge letter. He plans to use the $4.5 billion (£3.4bn) made from selling the Star Wars franchise to Disney to fund education, which he believes “is the key to the survival of the human race.” Denis Makarenko & Shutterstock
The Hong Kong-born actor and martial arts expert, who found fame in Hollywood, has two children – son Jaycee and daughter Etta Ng. He has his own charity, the Jackie Chan Charitable Foundation, and plans to give away his wealth. In 2011, he told Channel NewsAsia that “if my son is capable, he can make his own money. If he is not, then he will just be wasting my money.” 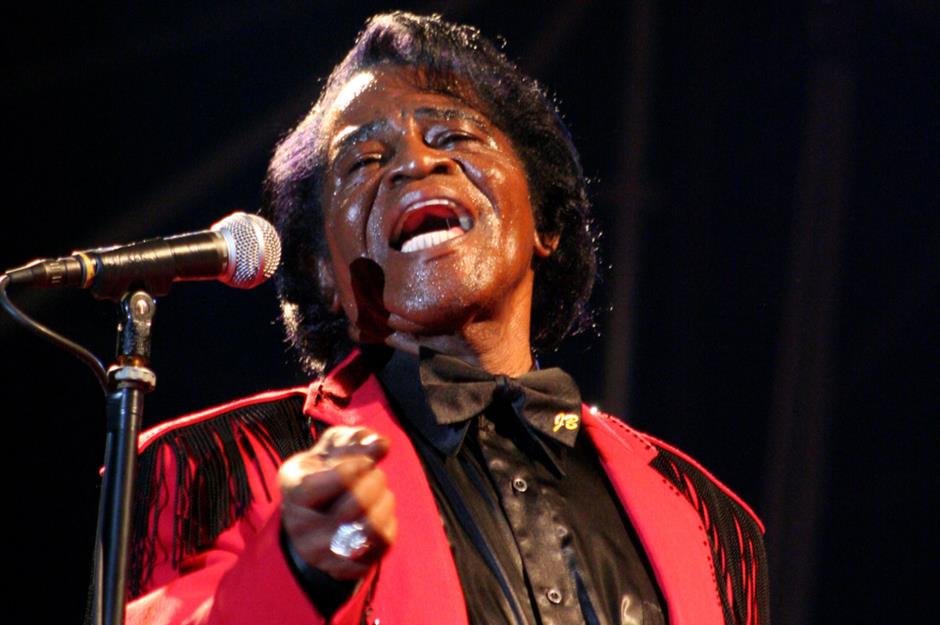 miqu77 & Shutterstock
When the Godfather of Soul died in 2006, he left the bulk of his $100 million (£75.8m) fortune to the I Feel Good Trust, an education charity for underprivileged children in South Carolina and Georgia. In 2007, Brown’s six acknowledged children filed a lawsuit against the representatives of Brown’s estate contesting his will; in 2015, the South Carolina Supreme Court intervened. A settlement is yet to be reached. 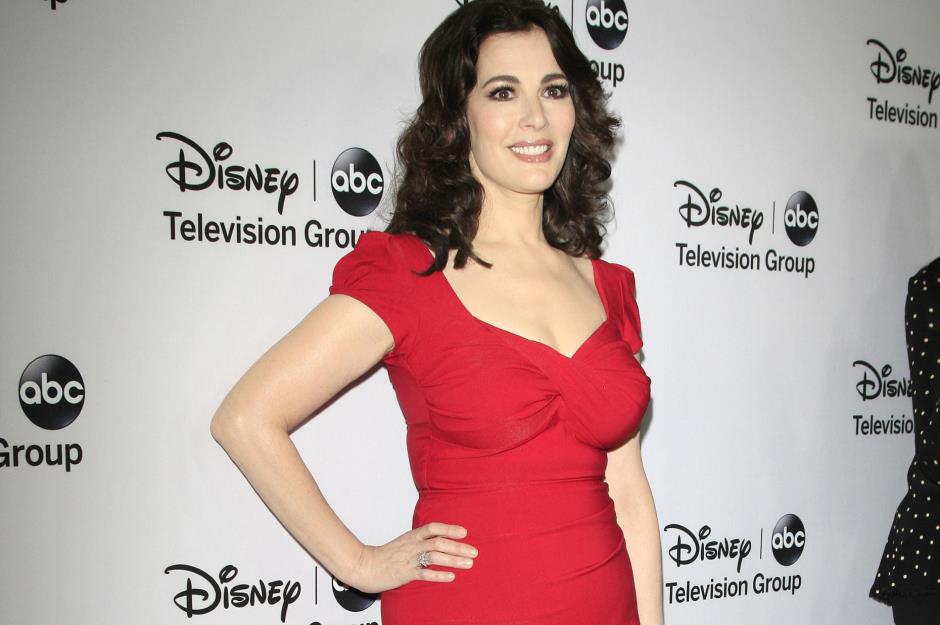 Joe Seer & Shutterstock
Although celebrity chef Nigella Lawson had a privileged upbringing herself, she’s gone on record saying she doesn’t want her two children Cosima and Bruno from her first marriage to John Diamond to have financial security as it “ruins people not having to earn money.” The food writer has since explained that though she wants them to support themselves after their education has finished, she won’t be leaving her kids high and dry. 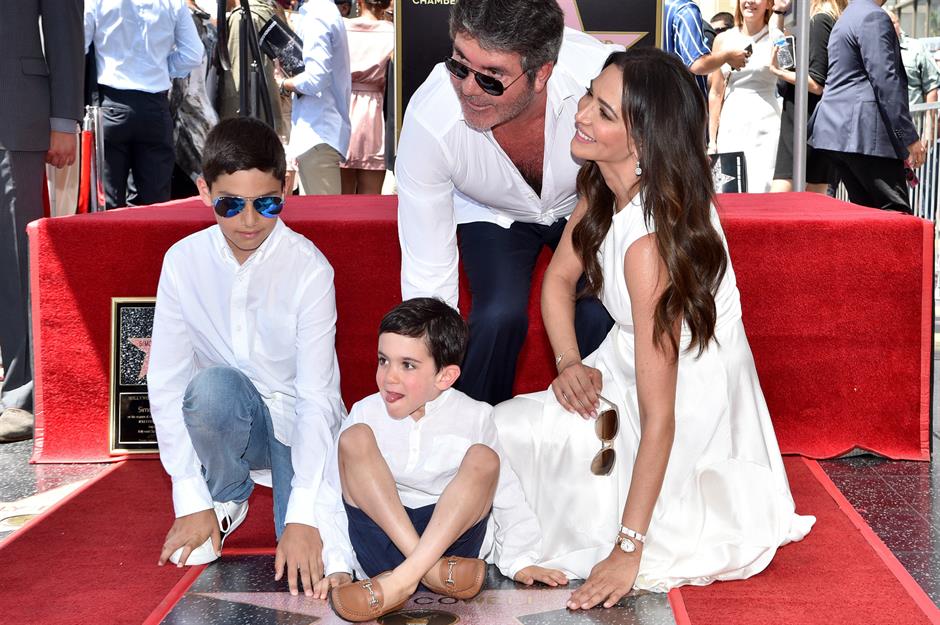 Hahn Lionel/ABACA/ABACA/PA Images
The British music mogul had his first child, Eric, in 2014 when he was 54. He told a British newspaper that he doesn’t believe in passing on money. Instead, he said: “I’m going to leave my money to somebody. A charity, probably – kids and dogs.” Little Eric will benefit, however, as Cowell said he plans to give him “opportunity”, “time” and to teach him what he knows. Cowell is also stepfather to his partner Lauren Silverman's son Adam (pictured far left). 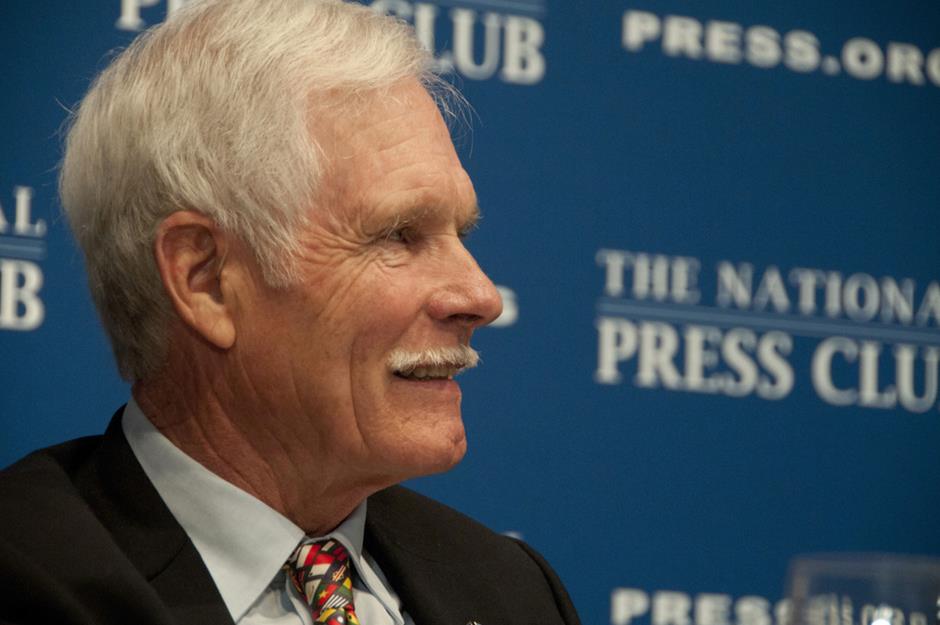 Media magnate Ted Turner wrote in his Giving Pledge letter: “At the time of my death, virtually all my wealth will have gone to charity.” It looks like his kids don't mind too much as his children are involved in the charitable Turner Foundation, which was set up in 1990. He also launched the United Nations Foundation. 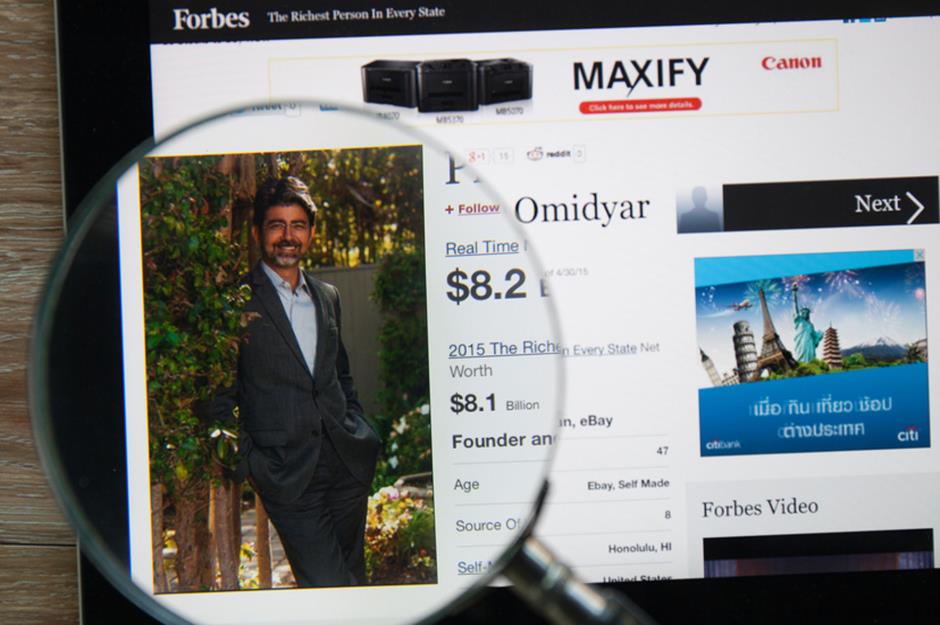 360b & Shutterstock
Since becoming a billionaire at the tender age of 31, the French-born founder of internet giant eBay has donated a fortune to worthy causes – he has a philanthropic investment firm and he and his wife Pam have made a huge contribution to tackling human trafficking. His three children will only see a small proportion of his money as he, too, has signed up to The Giving Pledge. 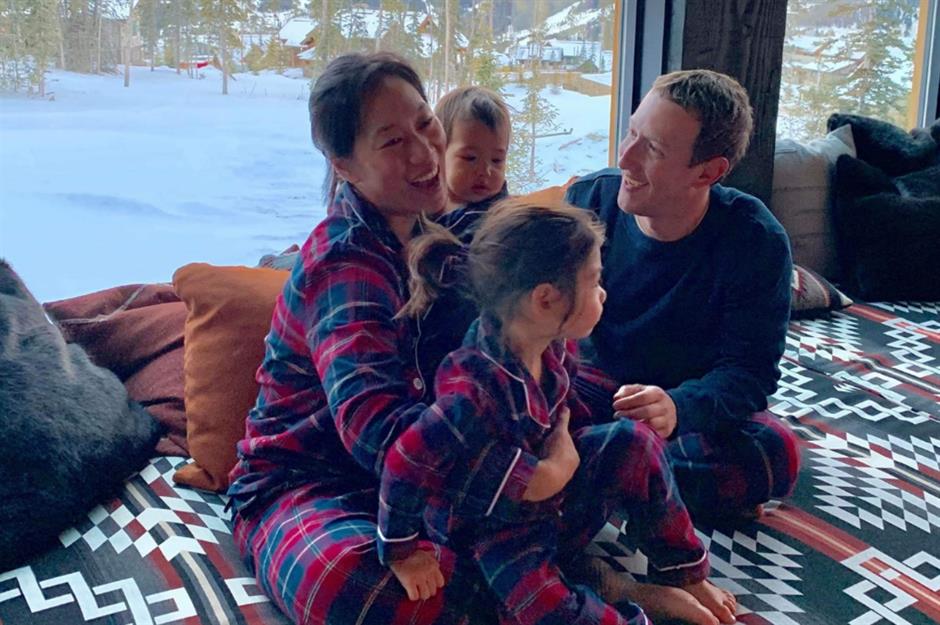 Mark Zuckerberg, founder of social networking site Facebook, and his wife Priscilla Chan know the value of the billion-dollar empire they’ve created. And instead of handing their fortune over to their daughters Maxima and August, they’re going to let them find their own way in life. After the birth of their first daughter in 2015, the couple even pledged to donate 99% of their Facebook shares – about $45 billion (£34bn) at the time of pledging – to the Zuckerberg Foundation.

Read about Facebook's 15-year rise to the top here 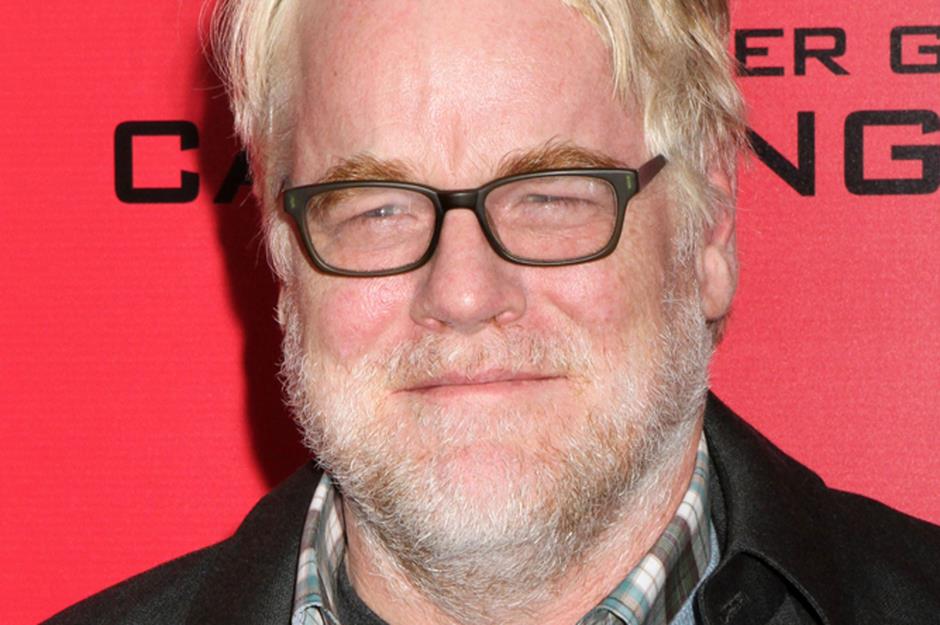 Featureflash & Shutterstock
The acclaimed actor, who died of a heroin overdose in 2014, didn’t want his three offspring to be “’trust-fund’ kids”, so left his entire $35 million (£27m) fortune to his girlfriend Mimi O’Donnell, the mother of his children, saying he trusted her to look after them. 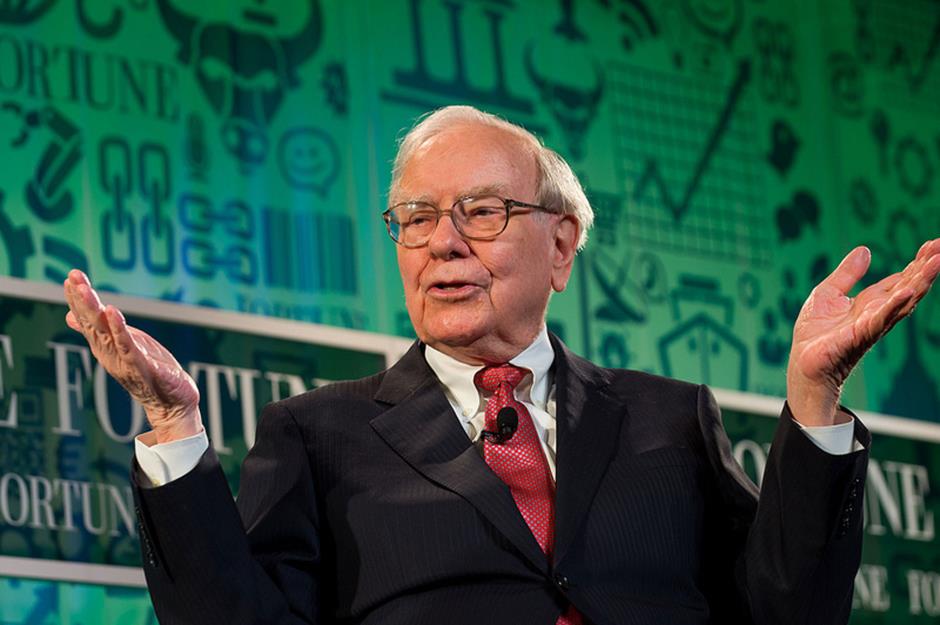 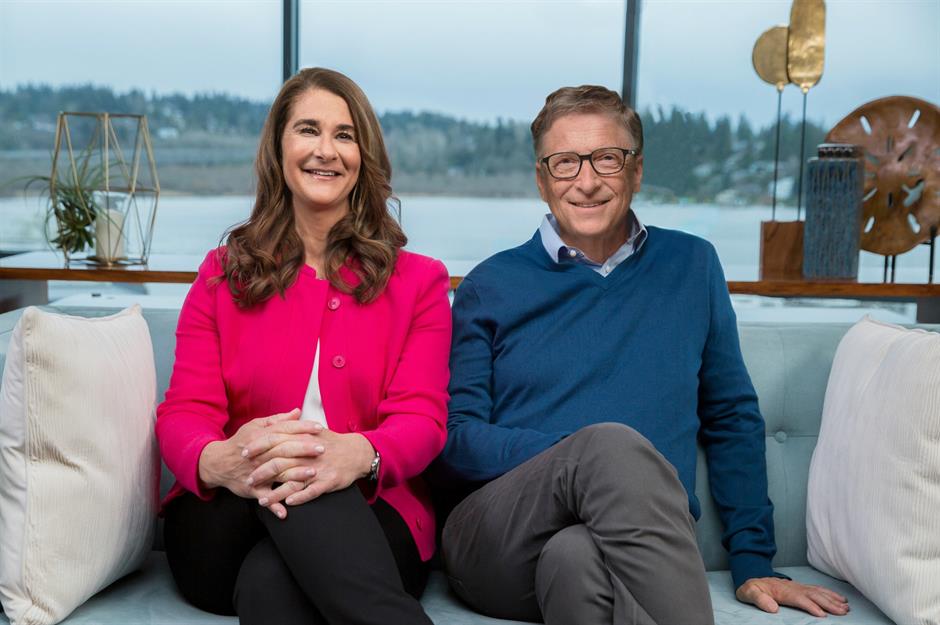 The couple founded the Bill & Melinda Gates Foundation in 1994, then in 2010 created The Giving Pledge with Warren Buffett, a campaign that encourages the world’s wealthiest to commit most of their fortune to humanitarian causes. The Microsoft magnate doesn’t think it would be “good either for my kids or society” to leave too much to his three children – instead they’ll receive a rumored $10 million (£7.6m) each out of the $97.8 billion (£74bn) fortune. 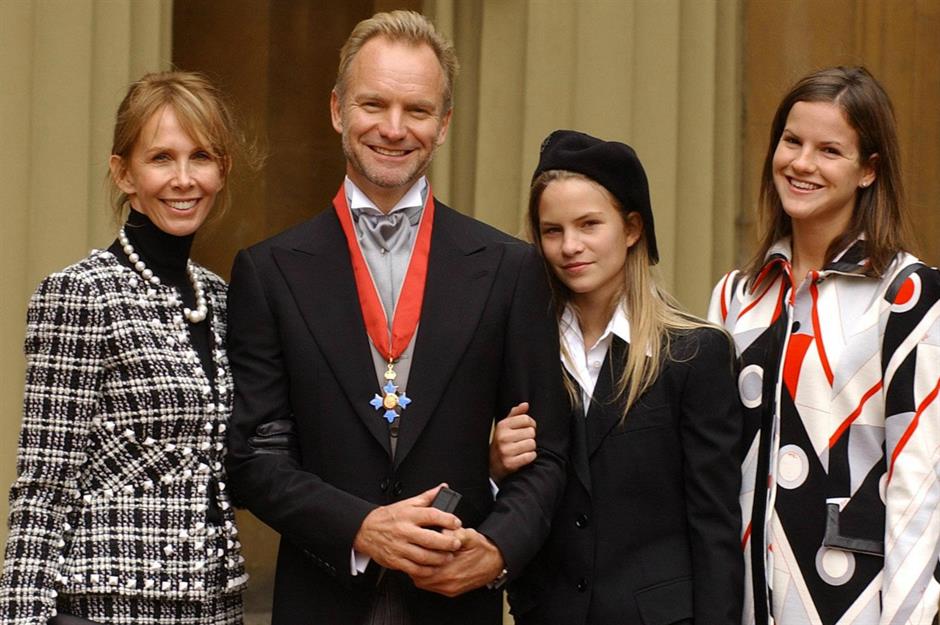 Kirsty Wigglesworth/PA Archive/PA Images
In 2014, musician and actor Sting, who's worth $300 million (£231m), told a British news website that he didn’t want to leave his six grown-up children trust funds that would be “albatrosses round their necks”. Instead, he plans to spend his hard-earned cash, but respects his kids’ work ethic as they rarely come to him for help. 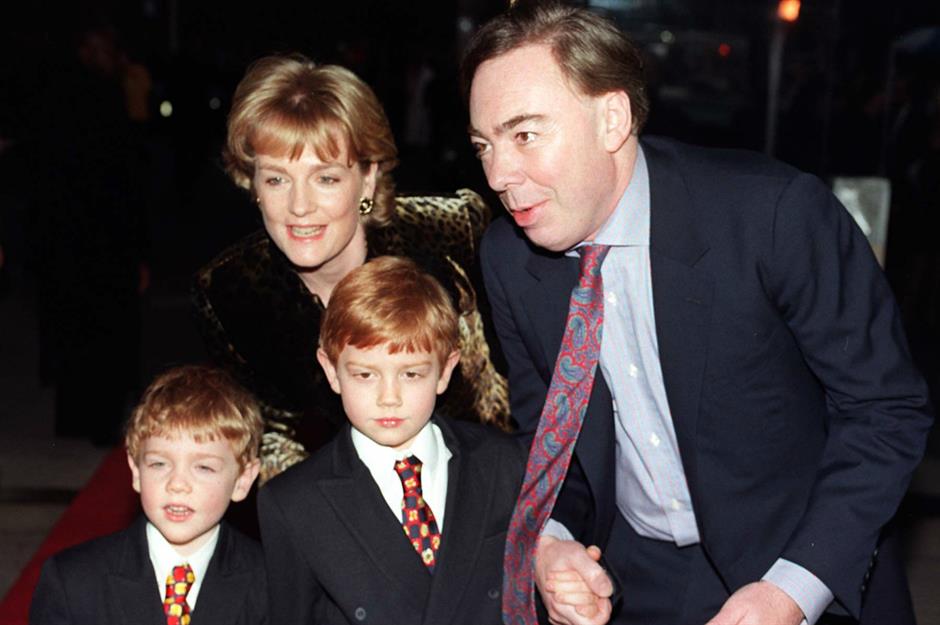 Neil Munns/PA Archive/PA Images
The English composer has made millions from his artistic talent but would rather his money “be used as a way to encourage the arts” rather than creating “a whole load of rich children and grandchildren”. His five children, Imogen and Nicholas from his first marriage to Sarah Hugill, and Alastair, William and Isabella from his third marriage to Madeleine Gurdon, won't receive a massive inheritance from the music maestro.

Retail Week Live via Twitter
British multi-millionaire businessman and father of five John Roberts, who made his wealth from co-founding domestic appliance sales company AO.com then floating it on the stock market, said that he and his wife had “been really conscious not to change anything. The kids are getting nothing.” Instead he’ll donate his money to charity. 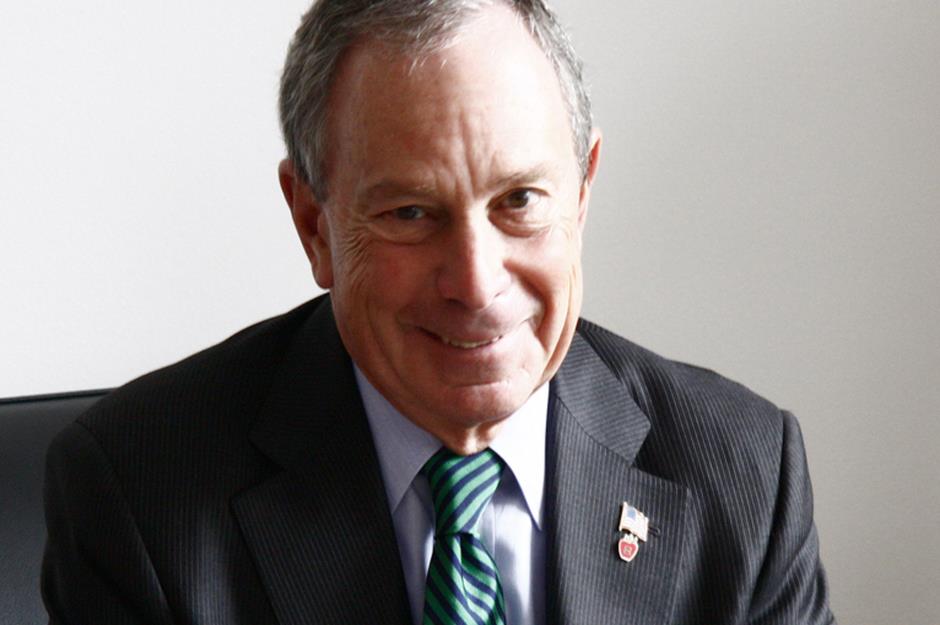 The former mayor of New York made his billions from his eponymous media and financial data company. The father of two is a well-known benefactor, having given millions away. He’s also a signed-up member of The Giving Pledge, writing that nearly all of his net worth “will be given away in the years ahead or left to my foundation.”