Royals who actually work for a living

WPA Pool / Pool / Getty Images
Prince Harry and Meghan Markle's announcement that they are stepping down from their roles as 'senior' royals to pursue financial independence has come as a shock. But it's not unheard of for royals to work in the real world. In fact, for royals who aren't part of the senior team, it’s not all public appearance, state visits and glitz and glamour. From airline pilots to bankers, believe it or not there are members of royal households who enjoy a hard day’s work. 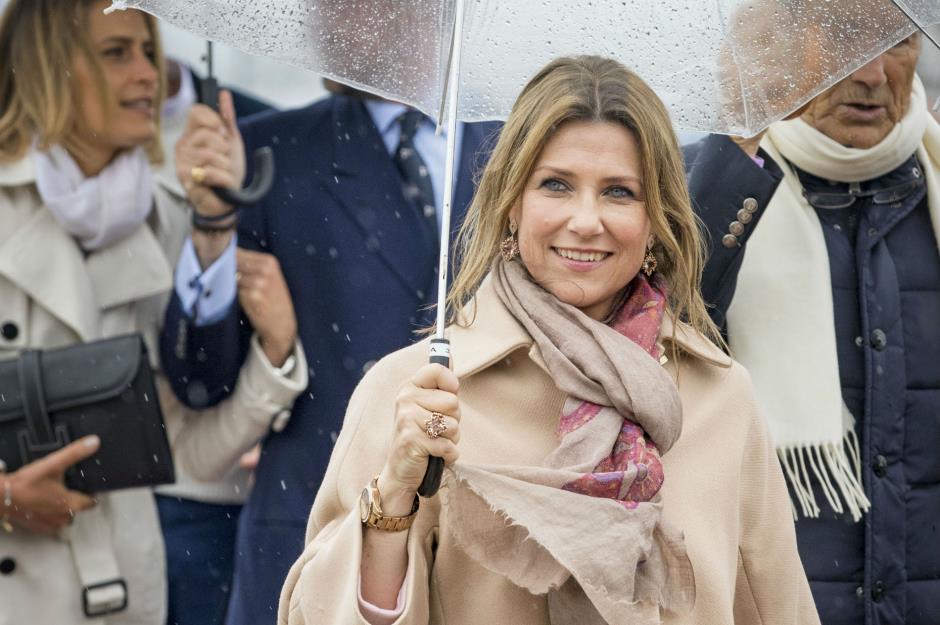 Patrick van Katwijk/DPA/PA Images
Although Princess Märtha Louise of Norway retains her place in the line of succession to the Norwegian throne, she has worked with more freedom from her role as a princess since 2002. She’s a certified physiotherapist, but has never practiced her profession, and instead used her fascination with traditional Norwegian folklore to establish a commercial entertainment business. 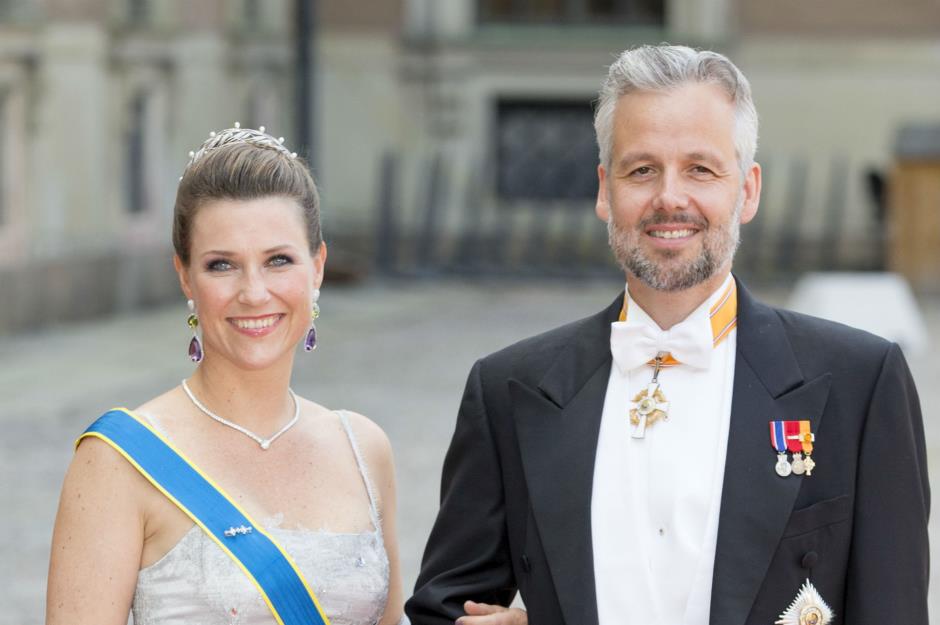 And it doesn’t stop there. In 2004, her first book, a children’s book entitled Why Kings and Queens Don’t Wear Crowns, was published. The royal also claims she can communicate with animals and angels and started her own alternative therapy centre Astarte Education, which has been subjected to intense scrutiny over the years.

Jeff Spicer/PA Archive/PA Images
Following in the footsteps of her father the Duke of York, Princess Beatrice has set herself up as a business matchmaker, and bagged her first-high profile client in the process, Afiniti – a company which provides software for call centres. 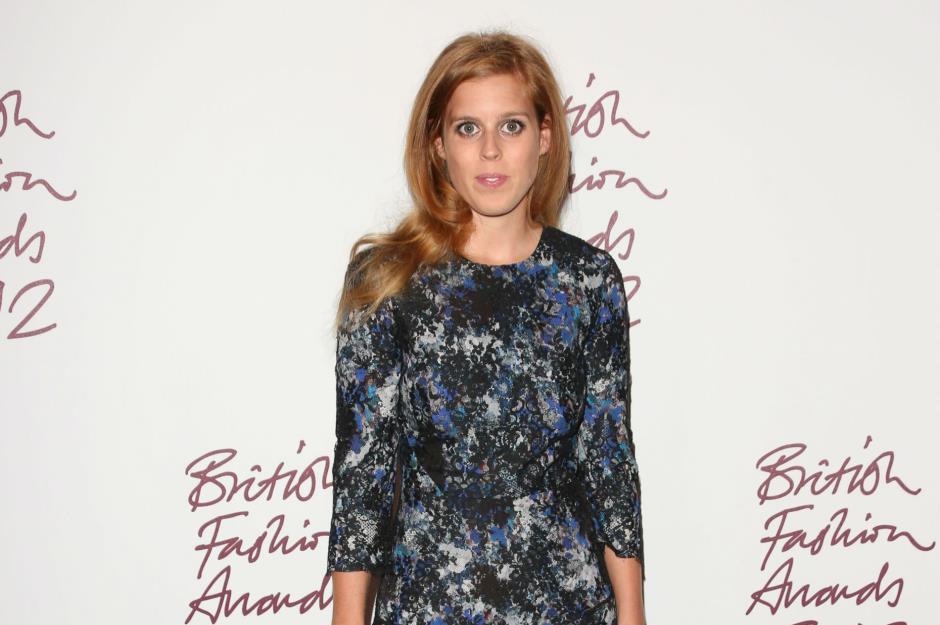 Featureflash Photo Agency / Shutterstock.com
She is said to have held down multiple roles over the years, including working at Sandbridge Capital, a retail-focused venture capital firm in New York and as a production analyst at Sony Pictures.

Ole Jensen/Getty Images
Prince Nikolai of Denmark – pictured here with his parents – is being heralded as the latest regal heartthrob. And the young royal is pursuing a career as a fashion model.

Pascal Le Segretain/Getty Images
Prince Nikolai has walked the catwalk for the likes of Dior Homme (pictured). Unlike some of his peers, Nikolai has no choice but to work, as it has been decided that the seventh in line to the Danish throne will not receive any money from his grandmother Queen Margrethe II. 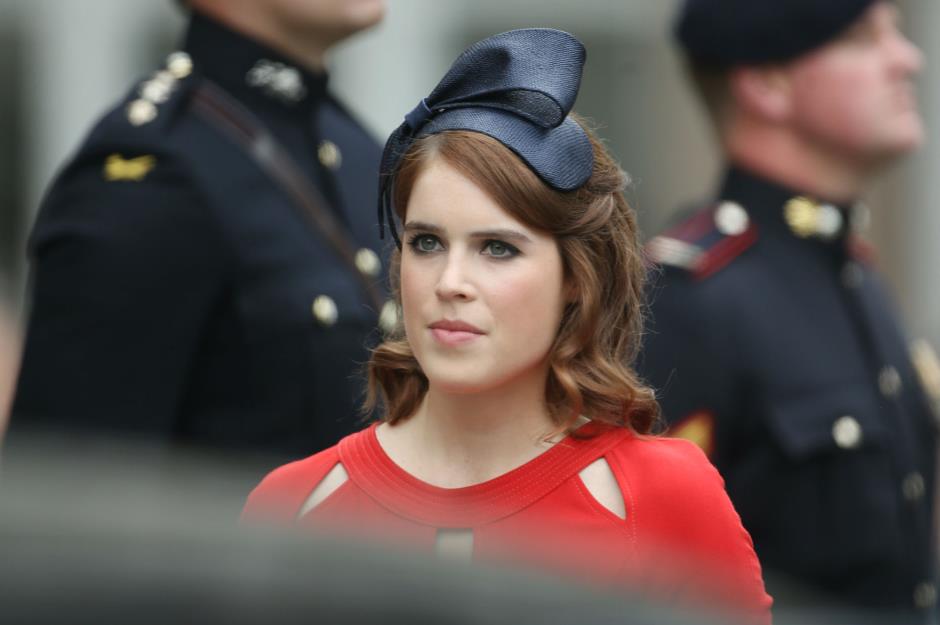 Steve Parsons/PA Archive/PA Images
Princess Beatrice’s newly-married younger sister Eugenie has had a few jobs over the years. The princess worked for online auction house Paddle8 in New York from 2013 until 2015. 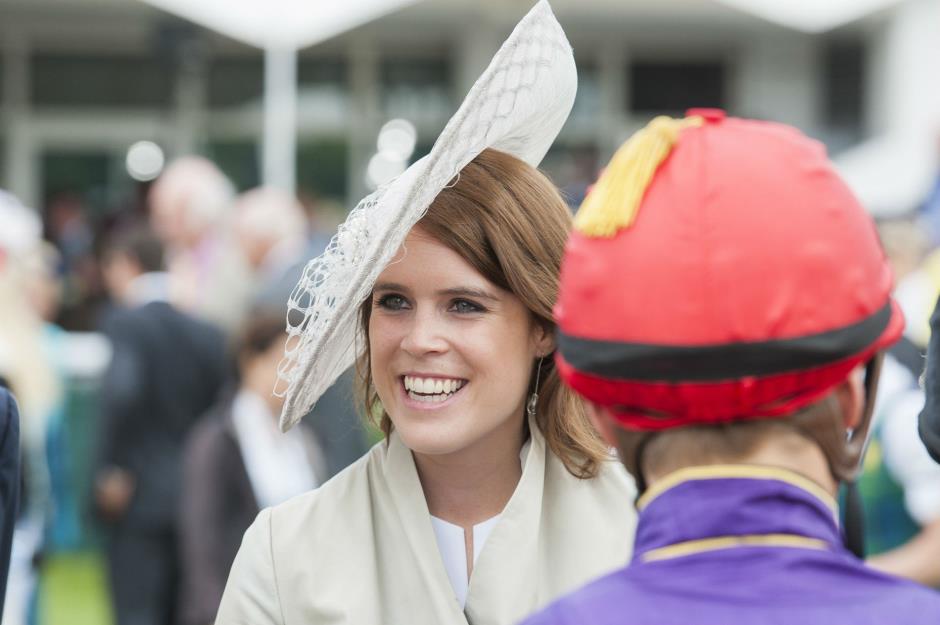 David Jensen/EMPICS Entertainment
After she was headhunted while working at Paddle8, Eugenie joined the ranks of Mayfair-based gallery Hauser & Wirth as an associate director in the summer of 2015. Her hard work and determination hasn’t gone unnoticed as she was promoted to director in 2017, and it is said to be “well deserved”. 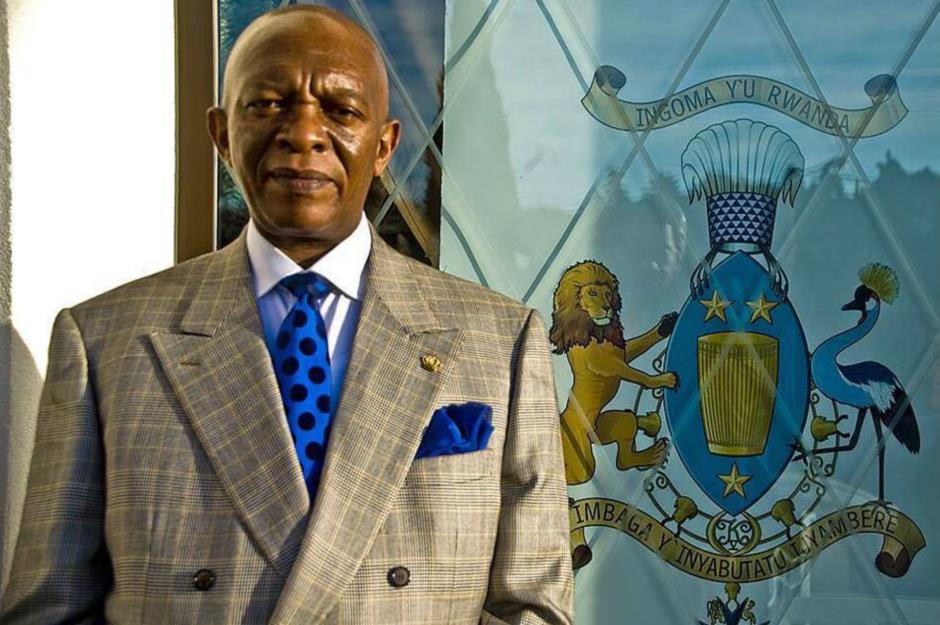 Twitter/@Edourdoo
This isn’t the most straightforward of royal fairy tales we’re afraid. Recently declared king of Rwanda, Emmanuel Bushayija and his fellow royals were exiled from Rwanda in the 1960s when the country became a republic following a referendum. 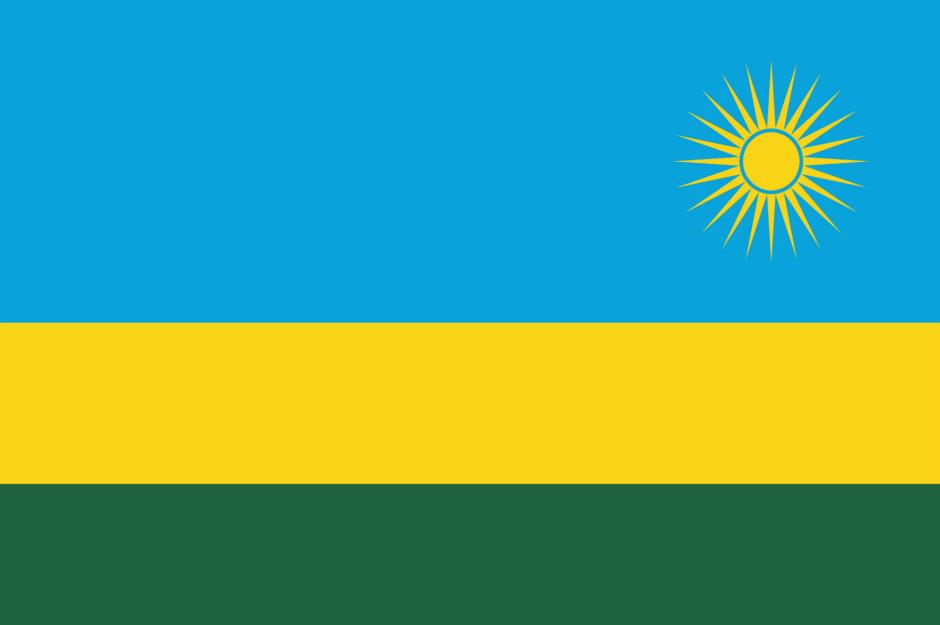 Shutterstock.com
His appointment as king came after the death of his uncle, King Kigeli V, in 2016. Mr Bushayija has lived in exile in the UK since 2000 and runs his own security firm in Manchester, but also once worked for Pepsi Cola in Uganda. 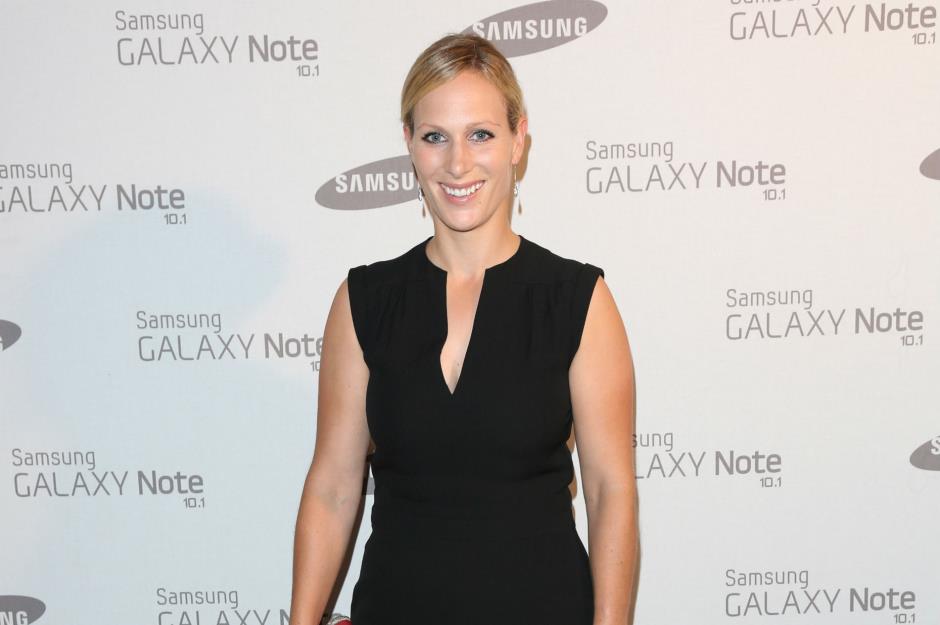 Featureflash Photo Agency / Shutterstock.com
Daughter to Anne, the UK’s Princess Royal, you may recognise Zara from the British equestrian team as she competed at the Beijing Olympic Games in 2008 and London 2012. 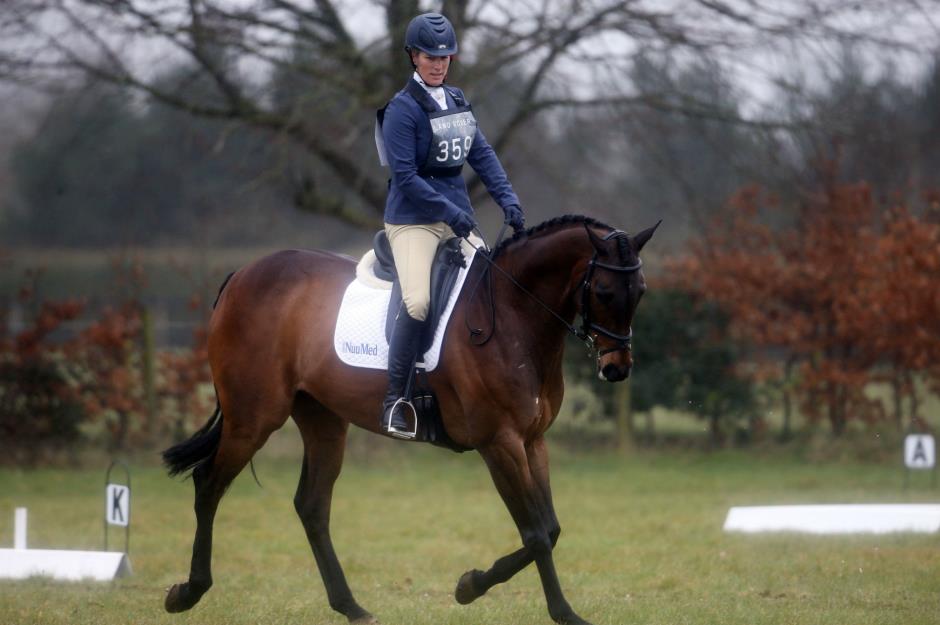 Steve Parsons/PA Archive/PA Images
She followed in both her parents’ footsteps and became an accomplished rider, and has competed across countless competitions and events over the years. But her love for the world of horses doesn’t stop there, as Zara also designs her own range of equestrian clothing for Musto Outdoor Clothing. 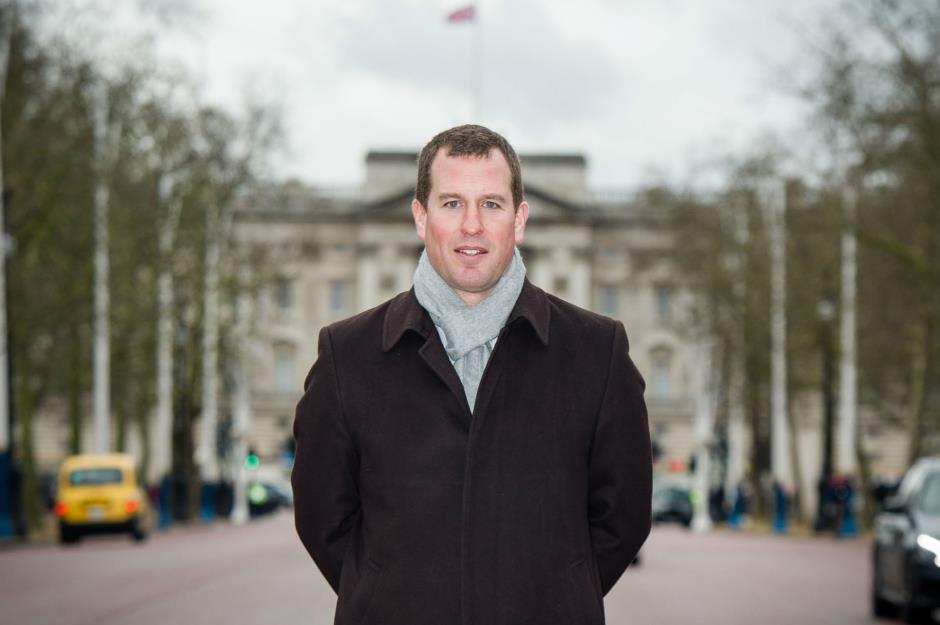 John Nguyen/Daily Mail/PA Archive/PA Images
Like his sister Zara, Peter is no stranger to having a “day job”, and tried his hand working at a few different companies. After graduating from college, he worked for Jaguar as corporate hospitality manager and then for WilliamsF1 racing as sponsorship accounts manager. 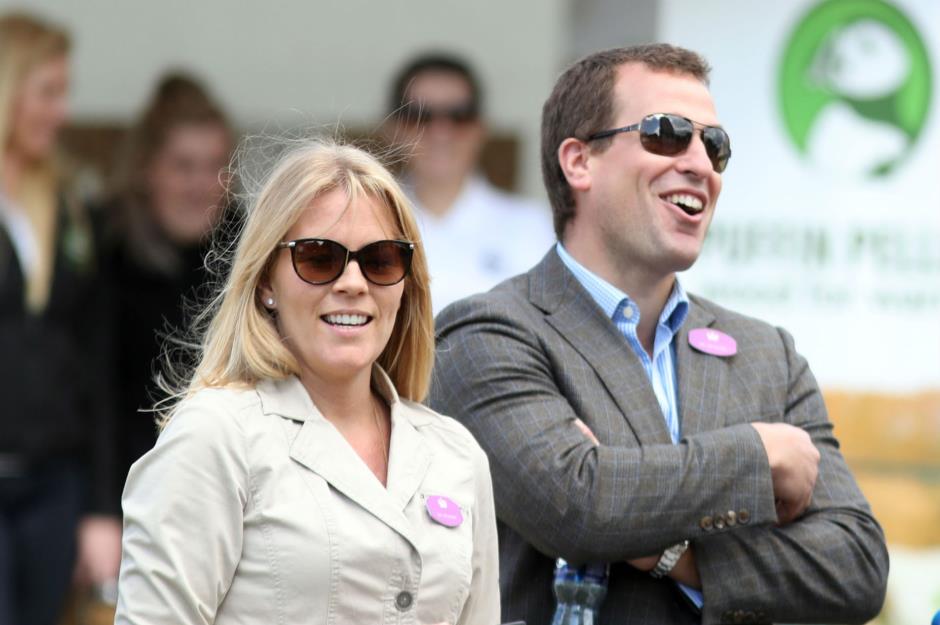 Steve Parsons/PA Wire/PA
In 2005, he became a manager at the Royal Bank of Scotland in Edinburgh, but Peter has held the position of managing director at sports management company SEL UK since 2012. 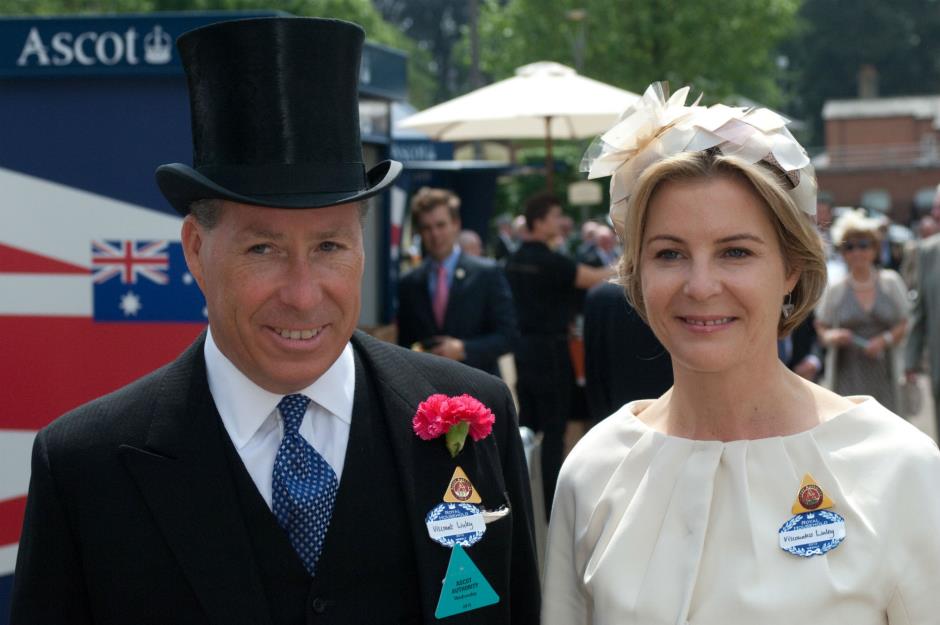 Anwar Hussein/EMPICS Entertainment
Up until 2012, the Queen's nephew and Princess Margaret's son David Albert Charles Armstrong-Jones, 2nd Earl of Snowdon, ran his own high-end furniture and interior design business under the brand name Linley before selling it to the heir of a yachting family. 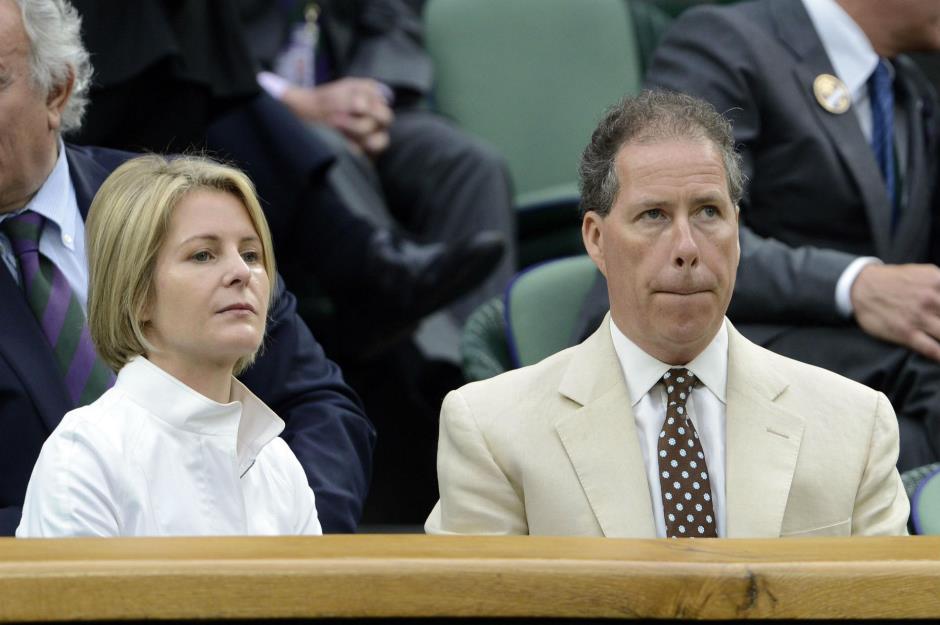 In 2015, Viscount Linley was promoted to Chairman of auction house Christie’s in Europe, the Middle East, Russia and India, following on from his former role of Chairman of Christie’s UK. 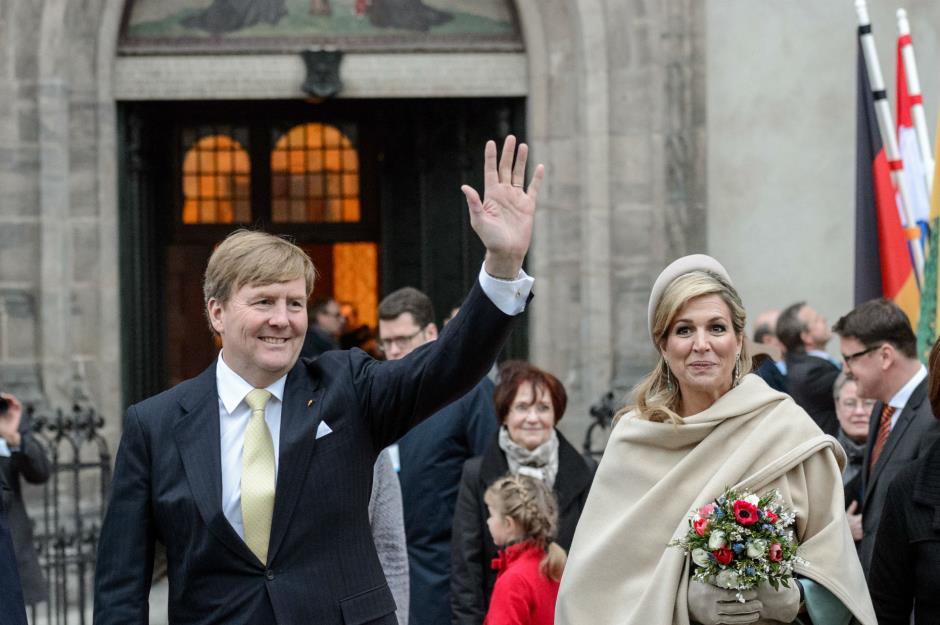 Jens Schlueter/Getty Images
King Willem-Alexander has revealed he held down a part-time job as a ‘guest pilot’ for more than two decades. The Dutch king stepped down from his position after 21 years on KLM’s fleet of Fokker 70 planes. 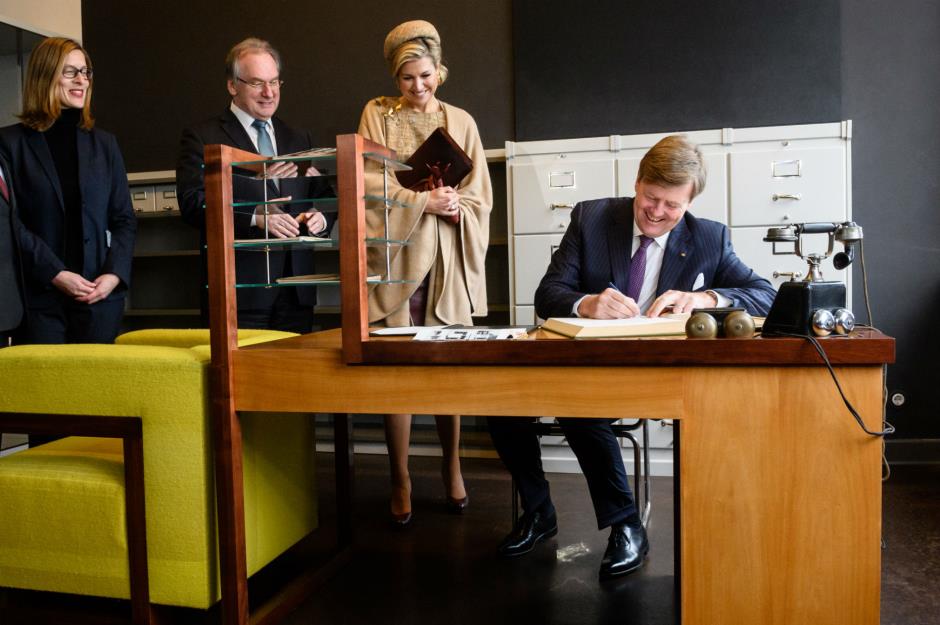 Jens Schlueter/Getty Images
The monarch to 17 million Dutch citizens describes flying as a “hobby” that allows him to leave his royal duties on the tarmac as he glides through the skies. The king will now retrain to fly Boeing 737s as the Fokkers will be phased out of service.

His Imperial Highness Prince Nazım Ziyaeddin Nazım Osmanoğlu, Imperial Prince of the Ottoman Empire – or Naz Osmanoglu as he prefers to be known – was actually born in Kent and grew up in the UK, where he has remained. He's a member of the House of Osman, which no longer rules in Turkey, so Naz has pursued a career as a stand-up comedian. The 33-year-old even made a video about Prince Harry's wedding to Meghan Markle.

The 33-year-old is happy to laugh about his royal roots, giving one of his solo shows the tongue-in-cheek title of Ottoman Without An Empire.

Nicky Loh/Getty Images for INYT
Princess Marie-Chantal of Greece is married to Prince Pavlos of Greece but, as the Greek royal family was abolished in 1973, they may have royal titles but they need to work. Before marrying, Marie-Chantal was an heiress to her American investor father Robert Miller's duty-free empire and was a fashion designer who had worked with Andy Warhol.

Elisabetta Villa/Getty Images)
The nephew of King Philippe of Belgium effectively abdicated when he married Italian journalist Elisabetta Maria Rosboch Von Wolkenstein in 2014. By not requesting official permission from his uncle it was thought to be a means to streamline the royal family, although retrospective permission was given in 2015. However, Prince Amedeo does work...

FREDERIC SIERAKOWSKI/AFP/Getty Images
After completing a degree in Management at the London School of Economics, he worked for Deloitte in New York City. Prince Amedeo later went on to study for an MBA at the Columbia Business School and now works for private bank Gutzwiller in Basel, Switzerland.

Mark Renders/Getty Images
Prince Amedeo's younger brother, Prince Joachim, has gone down a slightly different route to his sibling. As has been the tradition for many royals he has begun a military career. After studying at Bocconi University in Milan and the Nautical School in Brugge, the 28-year-old now works as a naval officer.

BENOIT DOPPAGNE/AFP/Getty Images
Seventh in line to the throne, it is unlikely the royal will ever be king though.

SAC Faye Storer / MoD / Crown Co / PA Archive/Press Association Images
Prince William may be a full-time royal and second in line to be King, but the Duke of Cambridge used to have a day job. Instead of resting on his royal name, he became the first royal in the line of succession ever hold a civilian contract. He then took up a job as a helicopter pilot in the East Anglian Air Ambulance, where it was thought that his annual salary was $52,500 (£40,000). 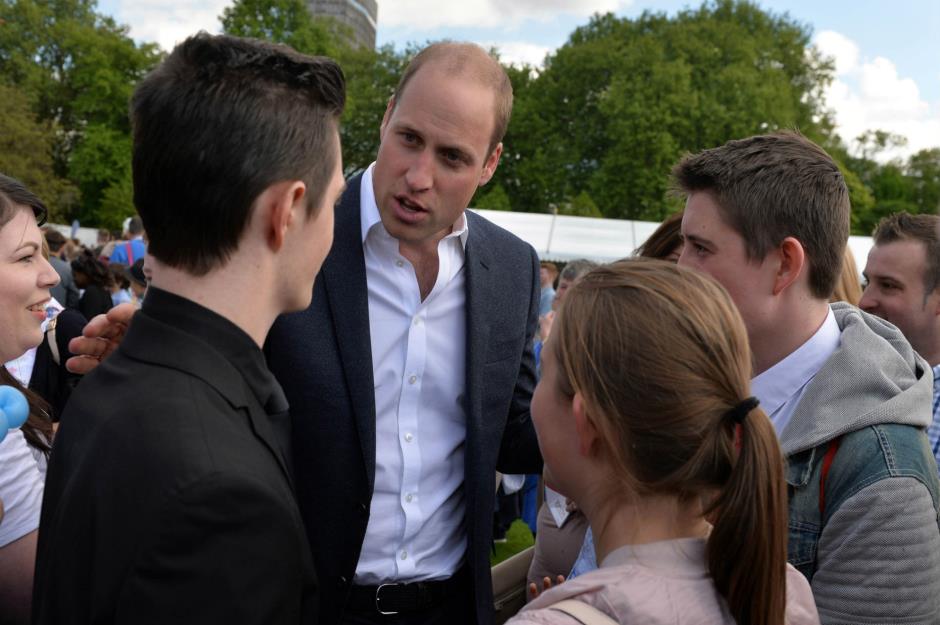 With years of military experience under his belt, Prince William gained a qualification to be pilot-in-command of a Sea King helicopter, but his active service as an RAF search and rescue pilot ended in September 2013. His most recent role was helicopter pilot in the East Anglian Air Ambulance, but he has since stepped down from his position to focus on his royal duties full-time.

This woman's royal memorabilia collection has taken over her entire home

Over recent years, Prince Harry has moved away from his party animal persona, especially since starting his relationship with now-wife Meghan Markle. But before his May 2018 nuptials Harry had a day job. For 10 years he worked in the British Army, completing two tours of Afghanistan, where he was eventually made captain. He also launched the Invictus Games for injured military personnel in 2014. 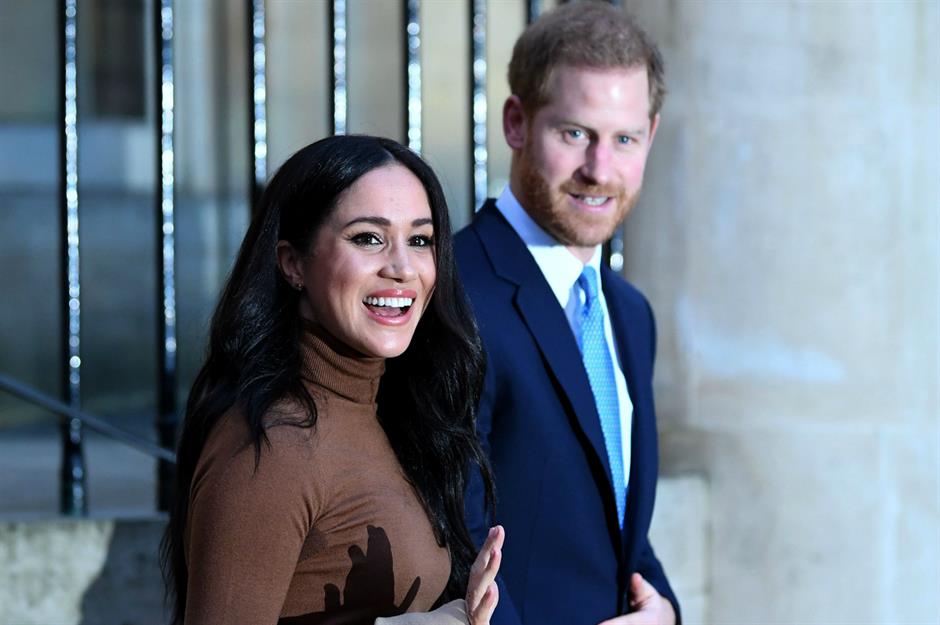 However, the royal is set to take it one step further. The Duke and Duchess of Sussex have announced that they are stepping back from their roles as 'senior' royals of the British royal family in a bid to become "financially independent". It is unlikely that the Duchess will return to her former profession of acting to make her way, and the couple have annouced their intention to launch a new charity. It has been noted that the couple have trademarked "Sussex Royal" which could cover a range of goods and services including magazines, posters, greeting cards and clothing.