Cleaning up with the gift of the gab 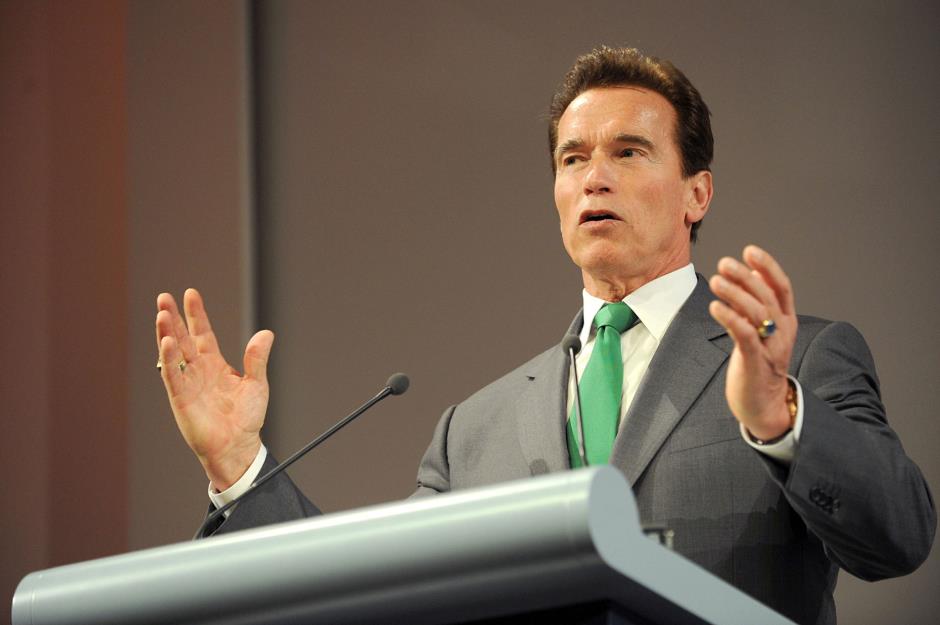 Peter Steffen/DPA/PA
Barack Obama attracted criticism last month for accepting $400,000 (£308k) – the equivalent of his annual salary as president – to speak at a conference in September organized by Wall Street bank Cantor Fitzgerald. The former US leader is poised to rake it in on the lucrative international lecture circuit, but he wouldn't be the first VIP to make a fortune delivering lofty keynote speeches and witty after-dinner repartee. We take a look at 25 of the world's highest-paid public speakers. 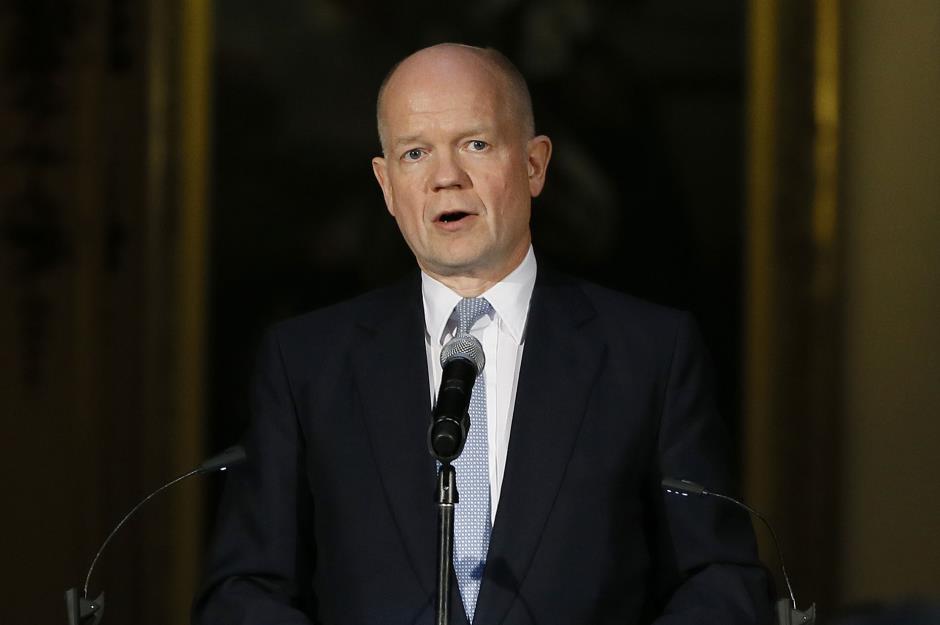 Kirsty Wigglesworth/PA
Famed for his silver tongue, the former Conservative Party leader and UK foreign secretary has been described as “the David Beckham of Toasting” by Hillary Clinton. Lord Hague of Richmond, who is signed to JLA, Britain's number one after-dinner speaking agency, commands around $32,000 (£26k) per speech. Last year, he carried out 54 speaking engagements, earning a cool $1.7 million (£1.3m) for his trouble. 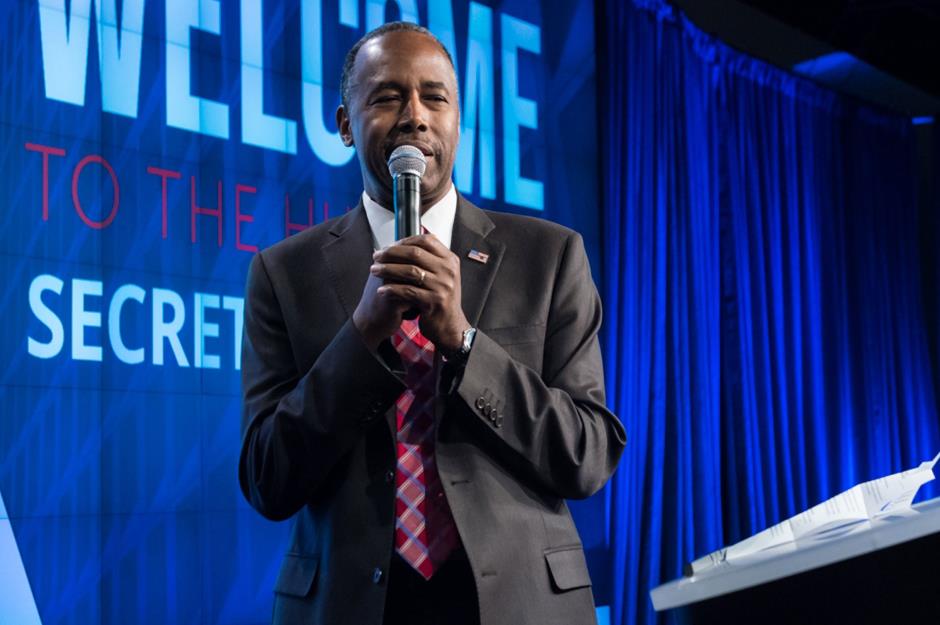 Hud/Zuma Press/PA
Medical doctor Ben Carson hit the headlines when he ran for the Republican presidential nomination in 2015. A seasoned orator, the neurosurgeon-turned-politician, who tends to address conservative, faith-based groups, made $4.1 million (£3.2m) from paid speeches in a mere 16-month period during 2014 and 2015. 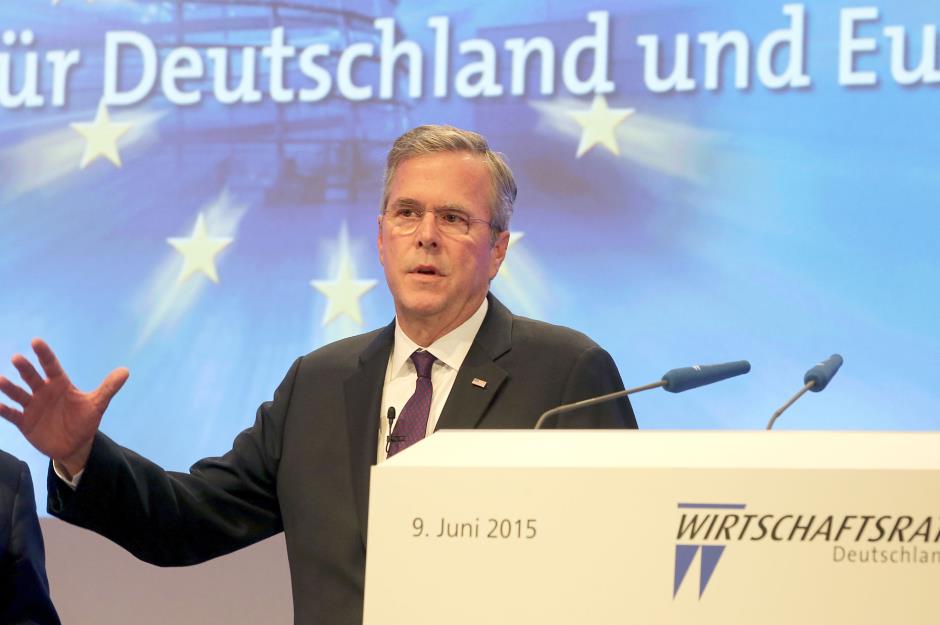 Wolfgang Kumm/DPA/PA
Unlike his brother George W., Jeb Bush might not have had any luck securing the Republican presidential nomination, but the former governor of Florida has struck gold on the after-dinner lecture circuit. The politician and businessman gave 47 speeches between January 2014 and March 2015, amassing a total of $1.82 million (£1.4m). 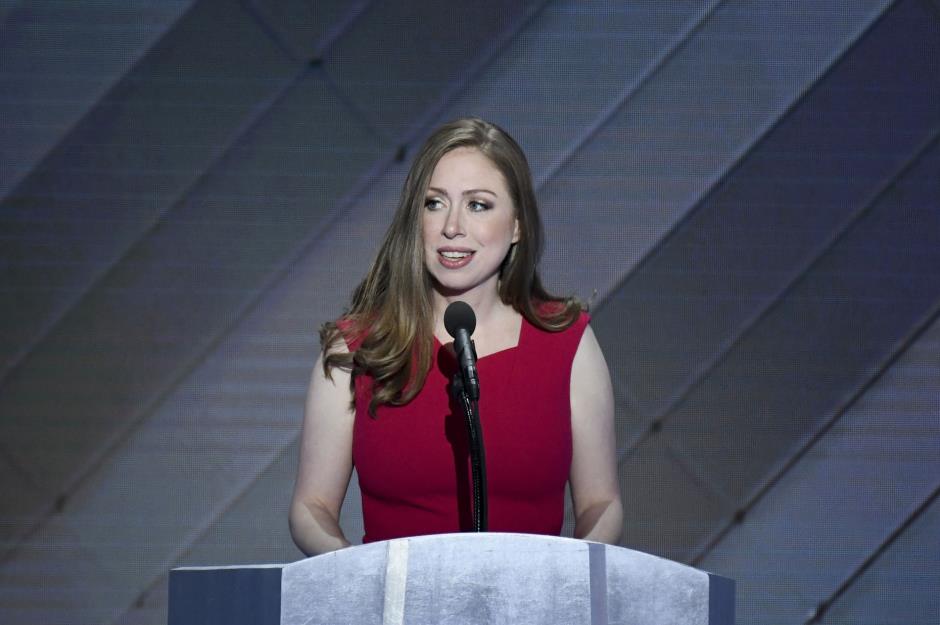 CQ-Roll Call/SPIPA USA/PA
It pays to be a former First Daughter if Chelsea Clinton's speaking fees are anything to go by. When the University of Missouri-Kansas City couldn't stretch to her mother Hillary's fee to speak at an event in February 2014, daughter Chelsea was sent instead. According to the Washington Post, she was paid $65,000 (£50k) for a 10-minute speech and 20-minute Q&A session. The fee was donated to the Clinton Foundation. 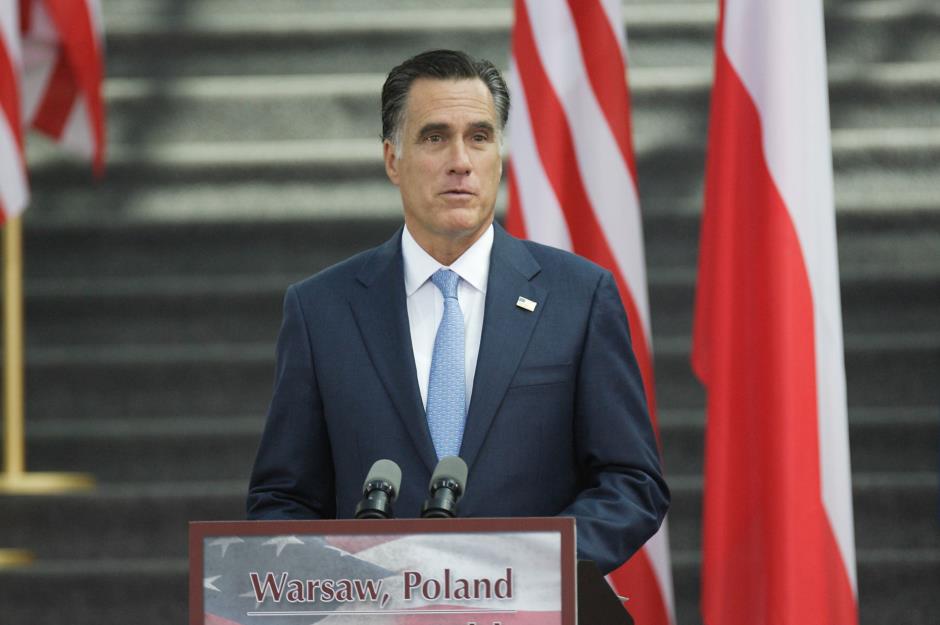 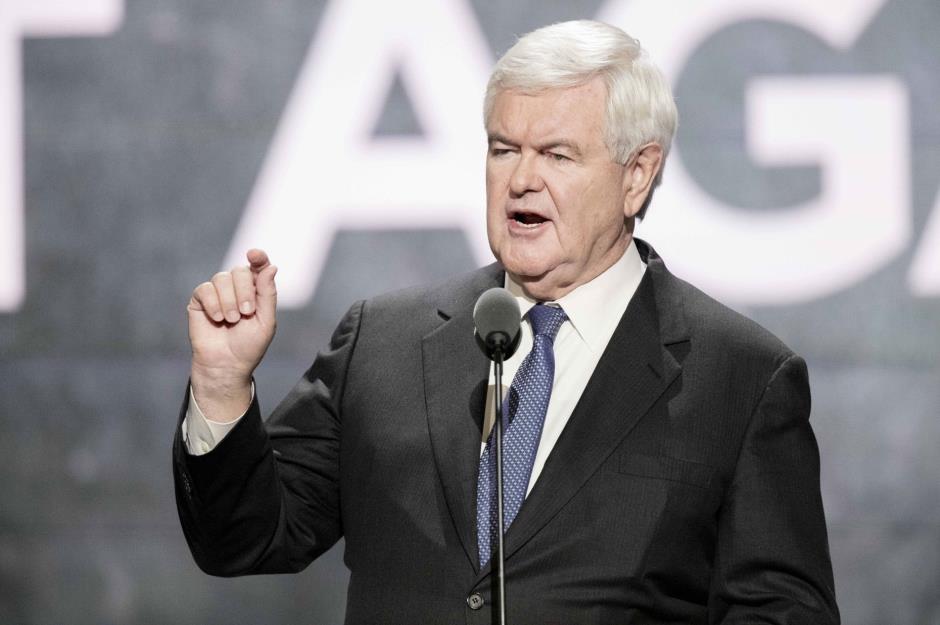 Mark Reinstein/Zuma Press/PA
Ex speaker of the House of Representatives Newt Gingrich hiked up his speaking fees by $15,000 (£12k) last year, capitalizing on his “insight into President-elect Trump’s philosophies, principles and objectives”. The Republican grandee now charges $75,000 (£58k) for each speaking event west of Chicago, as well as first-class travel for two. 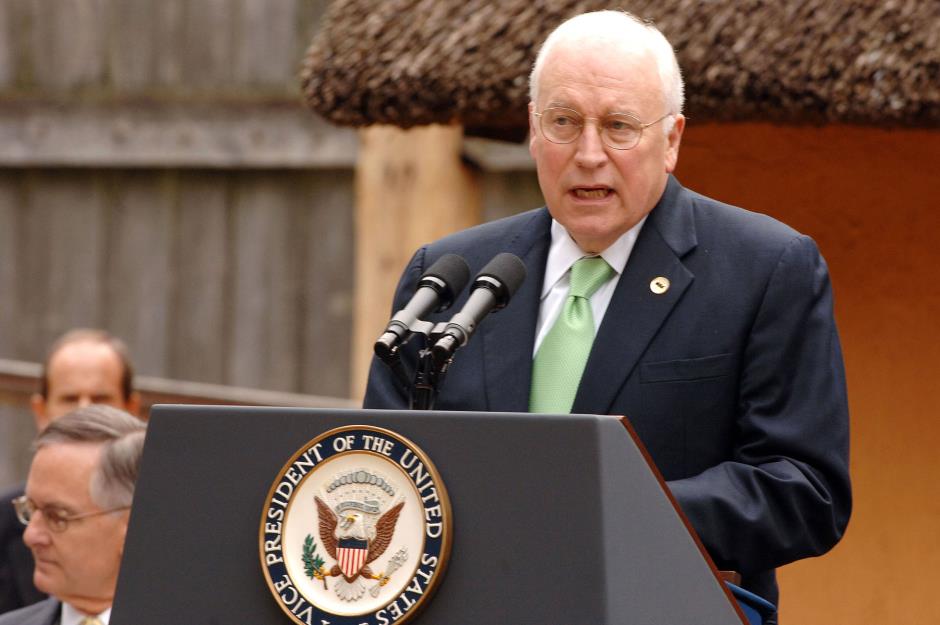 Anwar Hussein/EMPICS Entertainment/PA
Widely regarded as the most powerful vice president in history, Republican Dick Cheney is in hot demand on the after-dinner lecture circuit. The Washington Post reports that the former Veep requests a speaking fee of “$75,000, plus first-class travel for an entourage of three”. 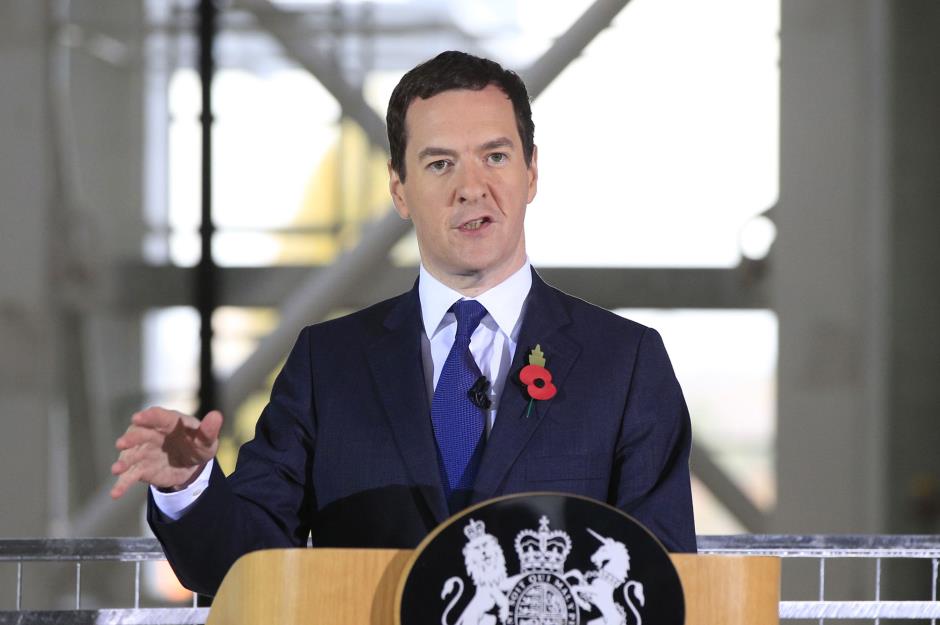 Jonathan Brady/PA
Britain's former chancellor of the exchequer George Osborne has his finger in many pies. On top of landing the editor job at the London Evening Standard newspaper, the backbench MP has secured several consultancy roles since leaving government and racked up $1.48 million (£1.14m) in just six months giving speeches to the likes of HSBC and PwC. 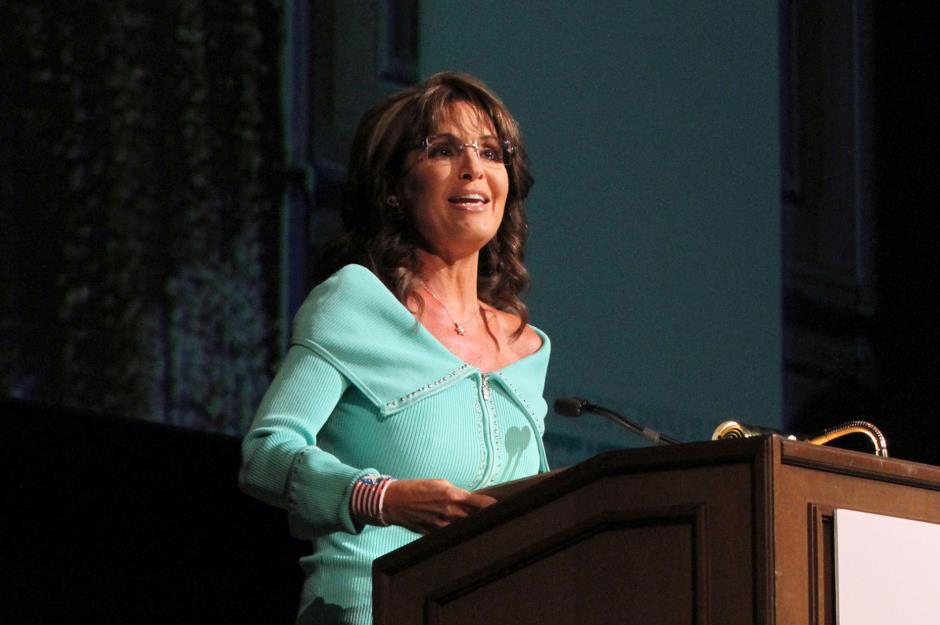 AJM/EMPICS Entertainment/PA
The ex-vice presidential nominee, governor of Alaska and darling of the Tea Party movement, Sarah Palin has made a fortune from speaking since her failed VP run in 2007 and 2008. According to Politico, the conservative firebrand makes around $100,000 (£77k) per speaking engagement, boasting her net worth no end. 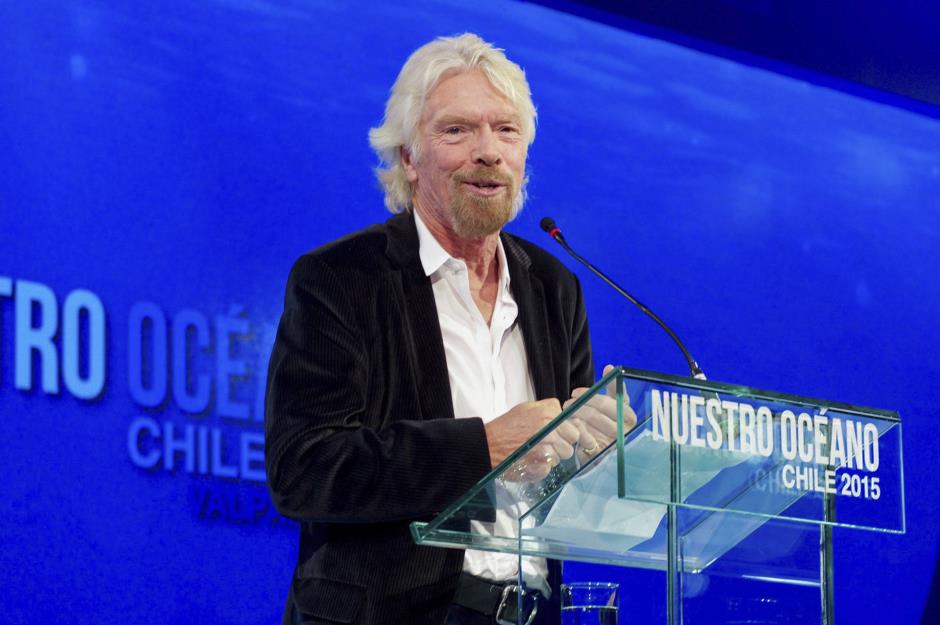 Glen Johnson/Zuma Press/PA
Prominent businesspeople can command big bucks for public speaking and British billionaire Richard Branson is no exception. While he reportedly can't stand giving speeches, the Virgin boss is said to earn a tidy $100,000 (£77k) per speaking engagement. The business guru is available for hire via APB Speakers International. 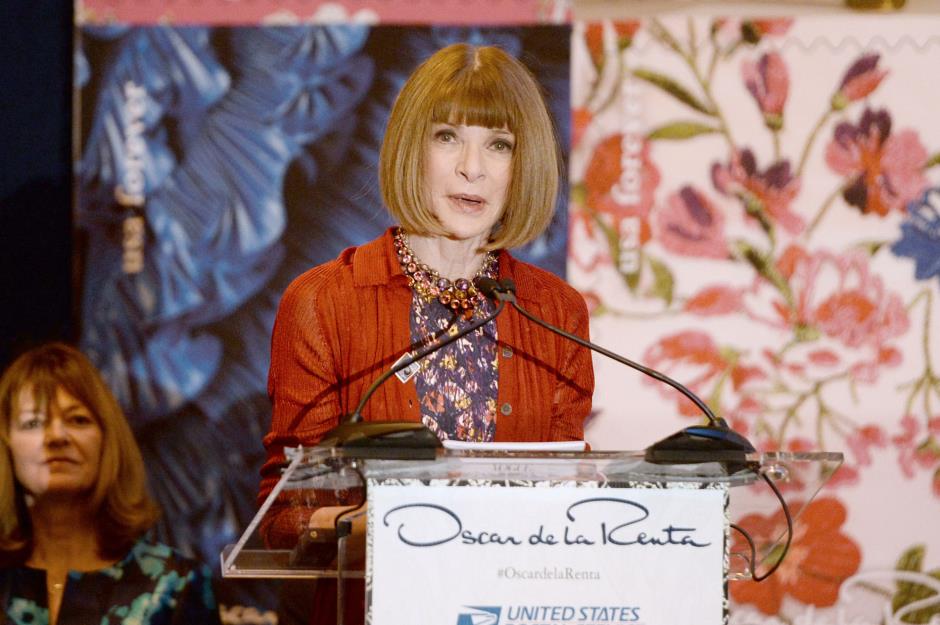 Anthony Behar/SPIPA USA/PA
The recently ennobled editor-in-chief of American vogue has delivered private speeches to a variety of clients, including Goldman Sachs. Like her Chanel suits and Gucci sunglasses, Wintour doesn't come cheap. Available for bookings via the All American Speakers agency, the fashion industry's most powerful person charges a minimum of $100,000 (£77k) per speech. 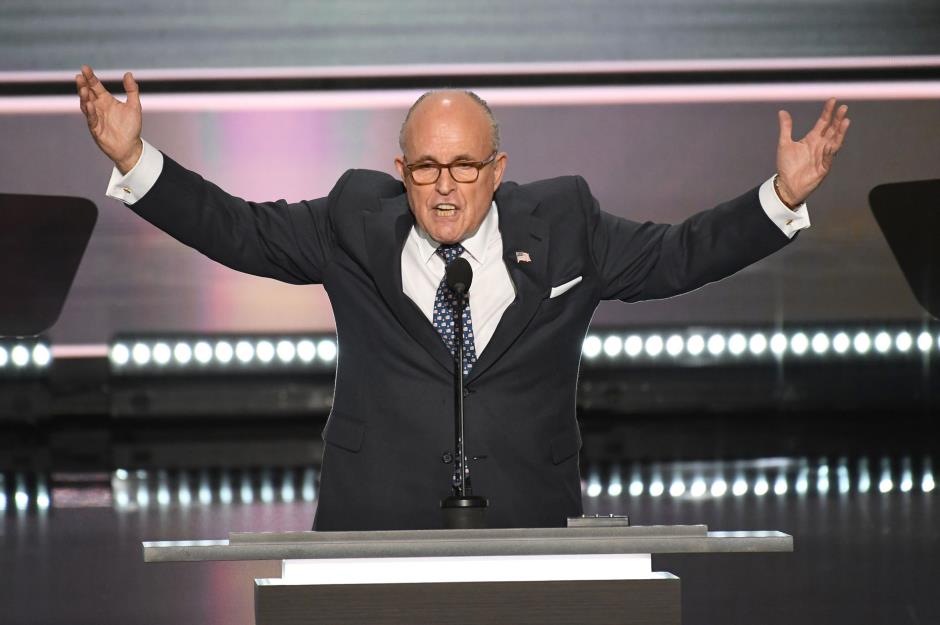 Ron Sachs/DPA/PA
Like Anna Wintour, former mayor of New York and ex-presidential nominee Rudy Giuliani commands a minimum of $100,000 (£77k) per speaking engagement, but the Republican statesman has actually pulled in up to $270,000 (£209k) a pop. In fact, Giuliani has made millions from public speaking, including $11 million (£8.5m) from January 2006 to February 2007. 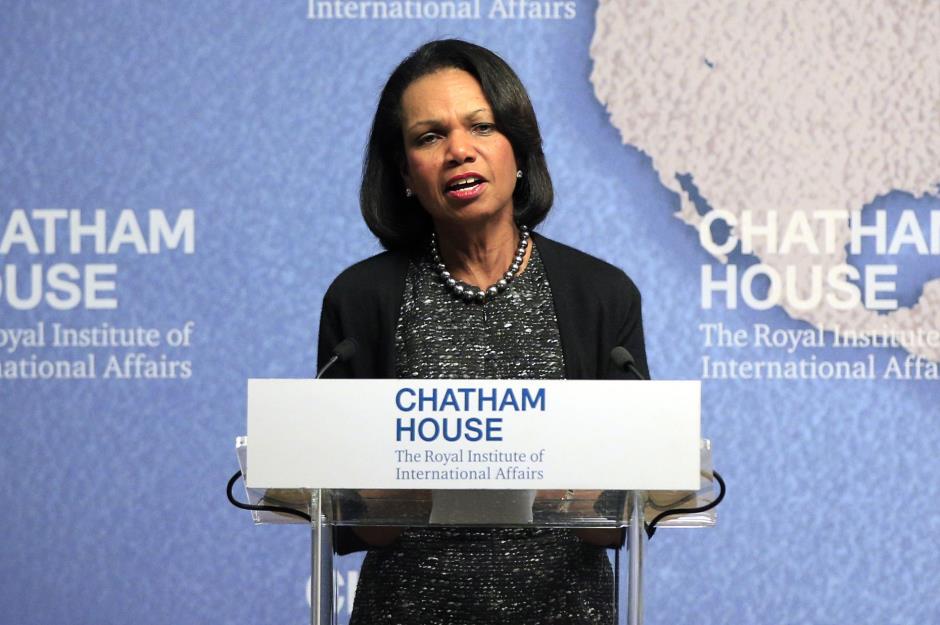 Jonathan Brady/PA
Former senior politicians are much sought-after by universities. Former secretary of state Condolezza Rice was paid $150,000, her going rate, to speak at the University of Minnesota in 2014. Rice has also delivered speeches to a large number of corporate clients, including Prudential Retirement and Hannover Insurance. 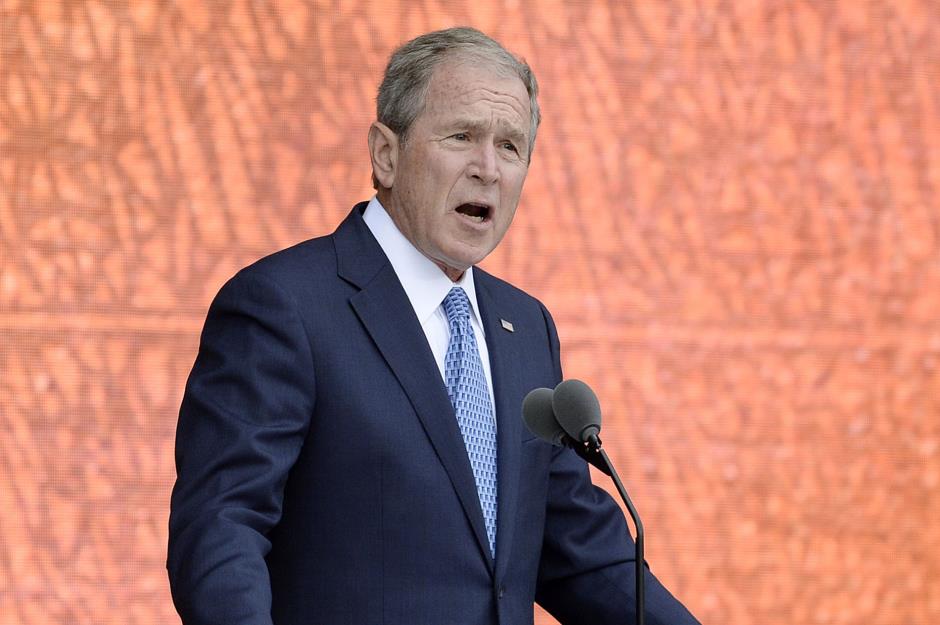 ABACA/PA
Former US presidents are understandably major pulls on the international lecture circuit, so it's no wonder George W. Bush makes between $100,000 (£77k) and $175,000 (£135k) per speaking engagement. Fortune estimates the ex-president has made upwards of $30 million (£23m) in speaking fees since he left office in 2009. 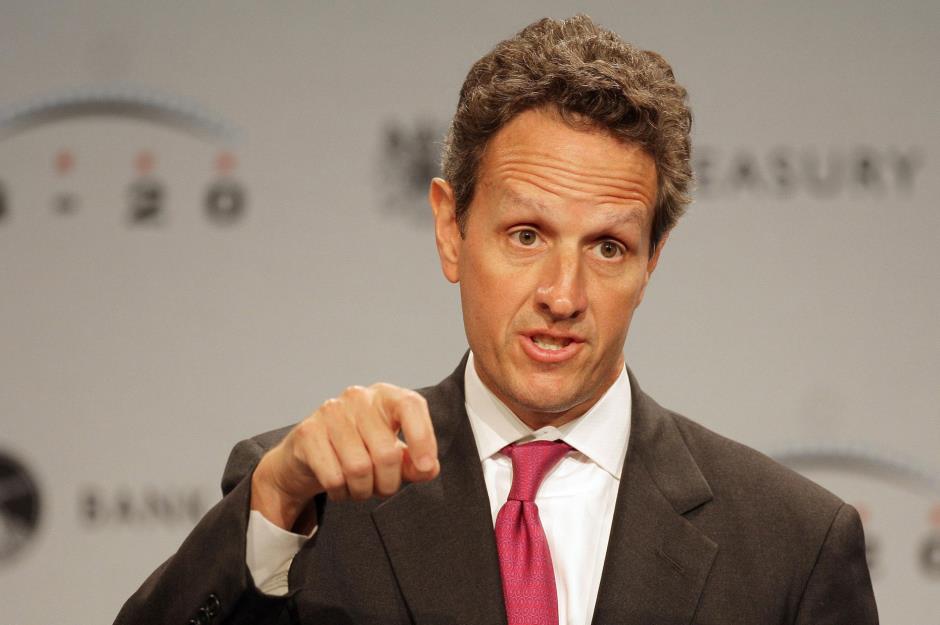 Peter Macdiarmid/PA
Finance companies are clearly prepared to pay through the nose to get former US Treasury secretary Timothy Geithner to speak at their events. The former American central banker commands anything between $100,000 (£77k) and $200,000 (£155k) per speaking engagement. His past clients have included Blackstone Properties and Deutsch Bank. 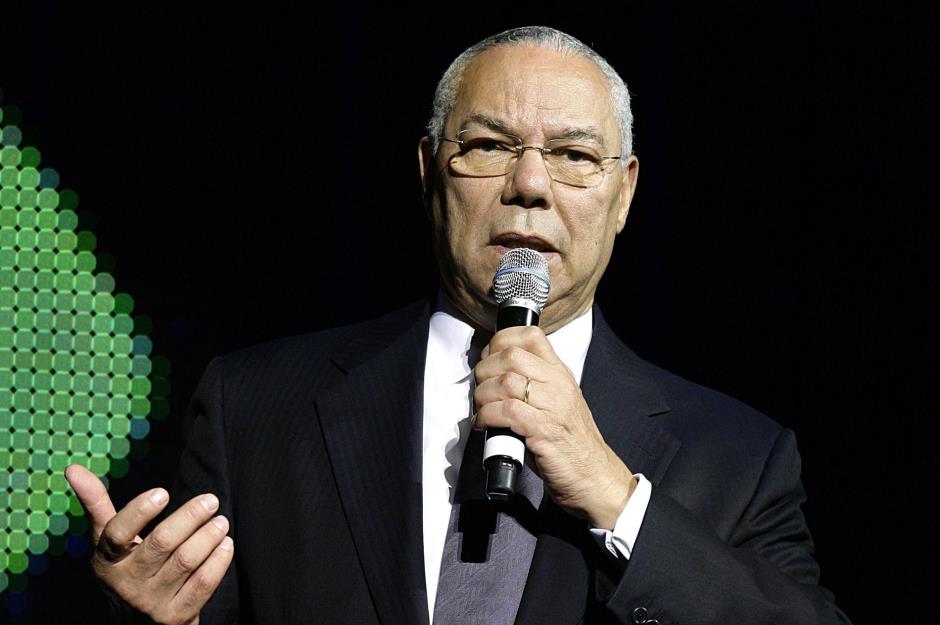 Yui Mok/PA
Highly-respected former US joint chief of staff and retired four-star general Colin Powell is renowned for his engaging speeches, and the American statesman reportedly commands a minimum of $150,000 (£116k) per speaking engagement. Over the years, Powell has raked in tens of millions of dollars on the after-dinner lecture circuit. 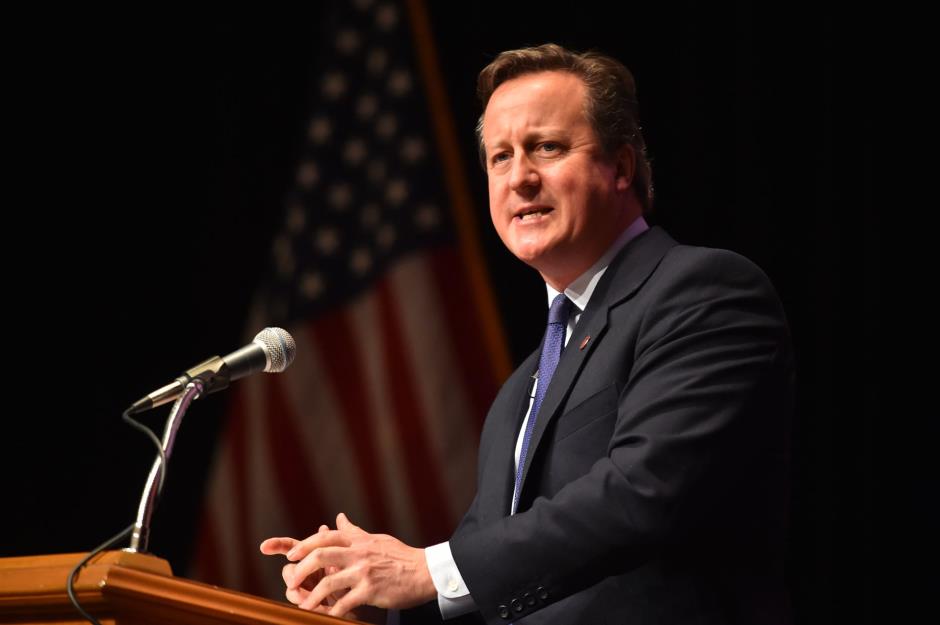 Robin Jerstad/Zuma Press/PA
Former British prime minister David Cameron can make $155,000 (£120k) per speech, according to the Daily Mail, almost as much as his annual prime ministerial salary. This is the fee he reportedly bagged for addressing executives at New York's Blackstone Properties last November. Cameron is said to have earned a similar fee for a speech he delivered to Bain Capital employees the previous month. 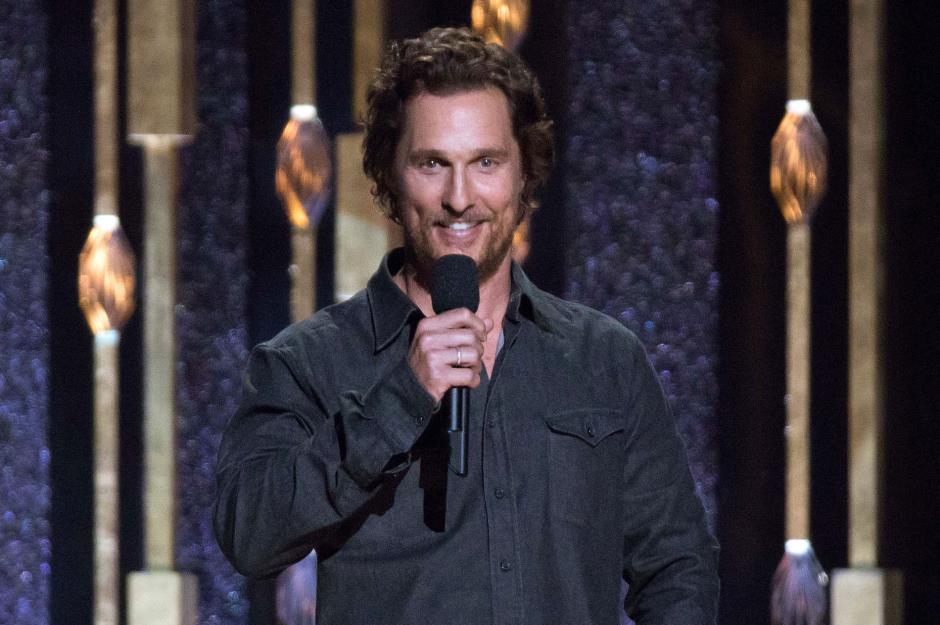 Jason Walle/PA
Celebrities can demand big money to speak at college commencement events. Matthew McConaughey earned a record $166,000 (£128k) when he spoke at a University of Houston graduation event in 2015. Other top earners include veteran journalist Katie Couric, who pulls in $110,000 (£85) per college gig, but many celebrities, including Ryan Seacrest, have offered their services for free. 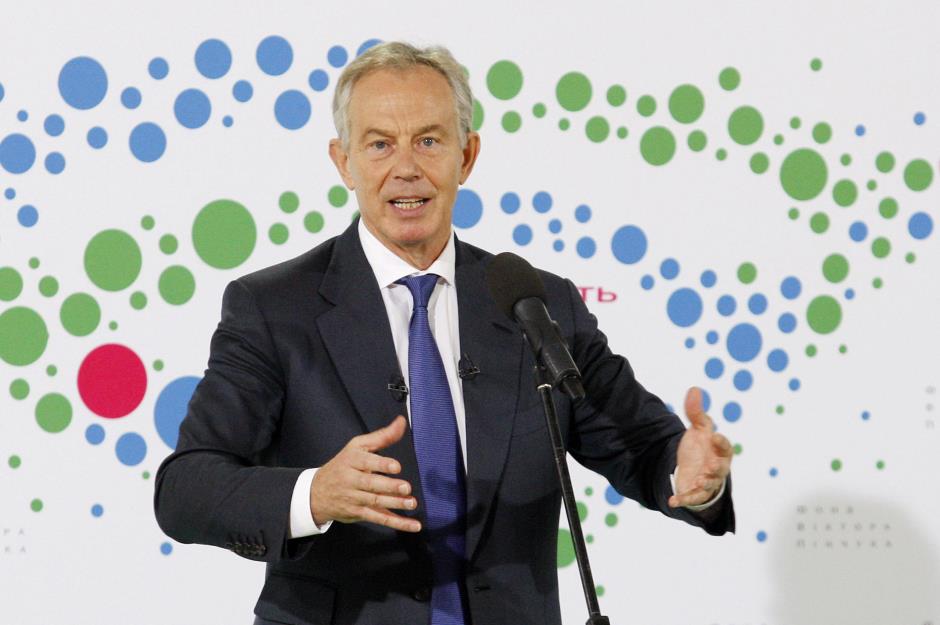 Serg Glovny/Zuma Press/PA
The most sought-after former British politician on the after-dinner lecture circuit, ex-prime minister Tony Blair has made millions delivering speeches around the world since he left office in 2007. The erstwhile lawmaker can command around $260,000 (£195k) per speech, which equates to approximately $7,800 (£6k) per minute. 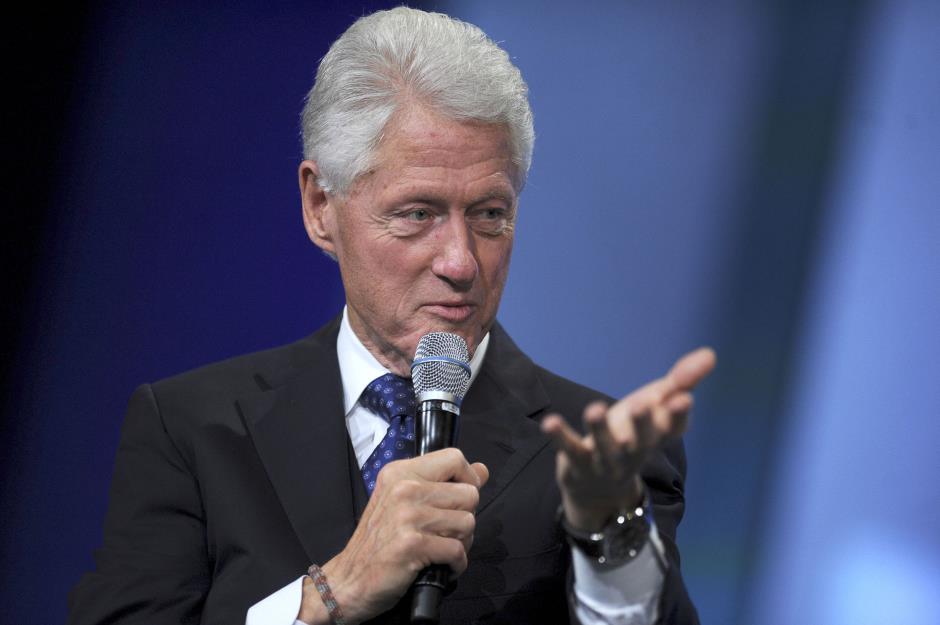 Dennis Van Tine/DPA/PA
Together with his wife Hillary, ex-US president Bill Clinton made an eye-watering $153 million (£118m) in paid speeches from 2001 until Hillary embarked on her presidential campaign in 2015. The former president tends to charge around $250,000 (£195k) per speaking engagement, but he made $750,000 (£580k) in 2011 for a speech he delivered to Ericsson executives in Hong Kong.

Allentown Morning Call/PA
Former US secretary of state and presidential nominee Hillary Clinton commands around $250,000 (£195k) per speech, and like her husband and daughter, she donates the proceeds to the Clinton Foundation. Clinton's highest-paid speaking gig was a speech she gave to the Biotechnology Industry Organization in 2014, for which she was paid $335,000 (£259k). 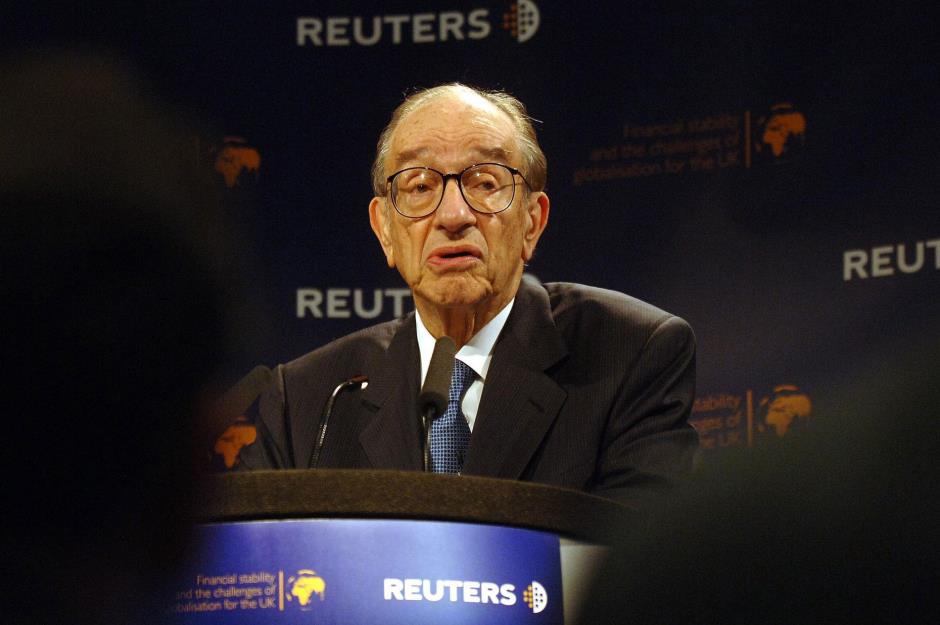 John Stillwell/PA
The chairman of the US Federal Reserve from 1987 to 2006 and a leading economist, Alan Greenspan is much in demand on the international lecture circuit. Available to hire via the Washington Speakers Bureau, the elite financial advisor reportedly makes around $250,000 (£195k) per speaking engagement. 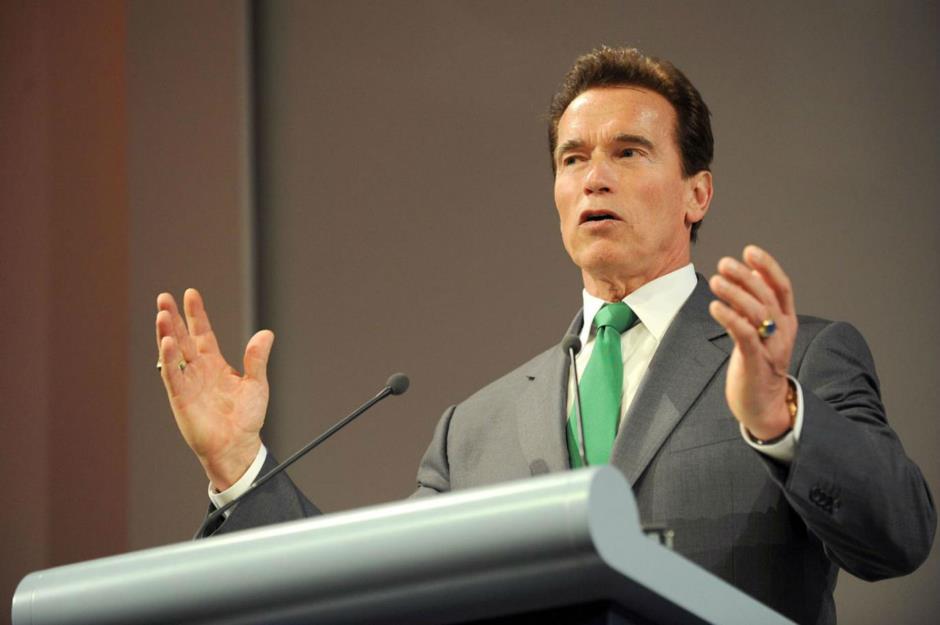 Peter Steffen/DPA/PA
A Hollywood legend and top ex-politician rolled into one, A-list actor and 38th governor of California Arnold Schwarzenegger is a super-popular after-dinner speaker. Needless to say, getting the 'governator' to speak at your event will cost you a fortune. Arnie allegedly commands a minimum fee of $250,000 (£193k) per speech with a private jet thrown in for good measure. 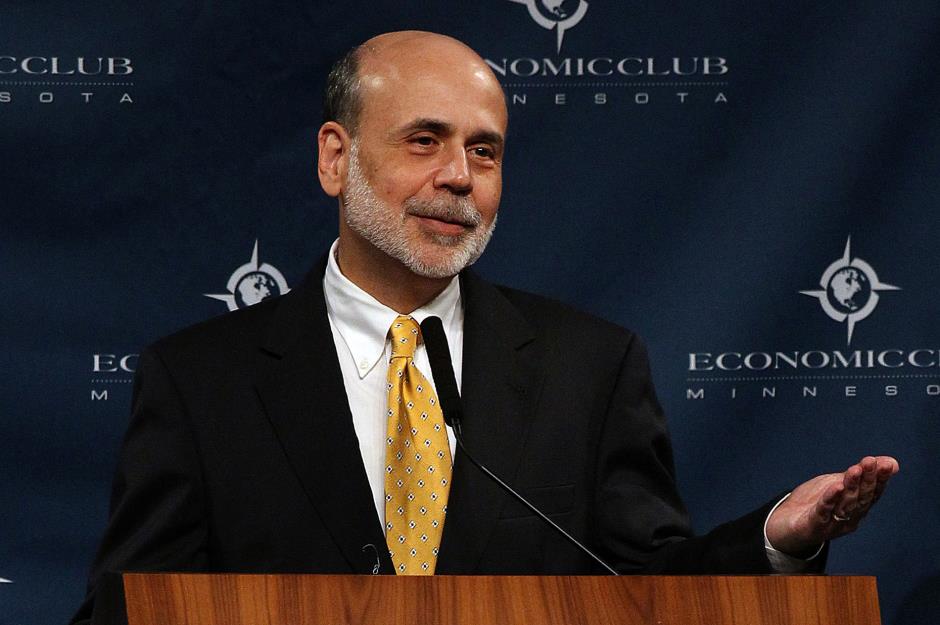 Minneapolis Star Tribune/PA
Greenspan's successor Ben Bernanke served as chairman of the Federal Reserve from 2006 to 2014. Like his predecessor, the financial expert is a big pull on the after-dinner circuit. According to the New York Times, Bernanke charges between $200,000 (£155k) and $400,000 (£309k) per speaking engagement, making him one of the highest-paid public speakers on the planet. 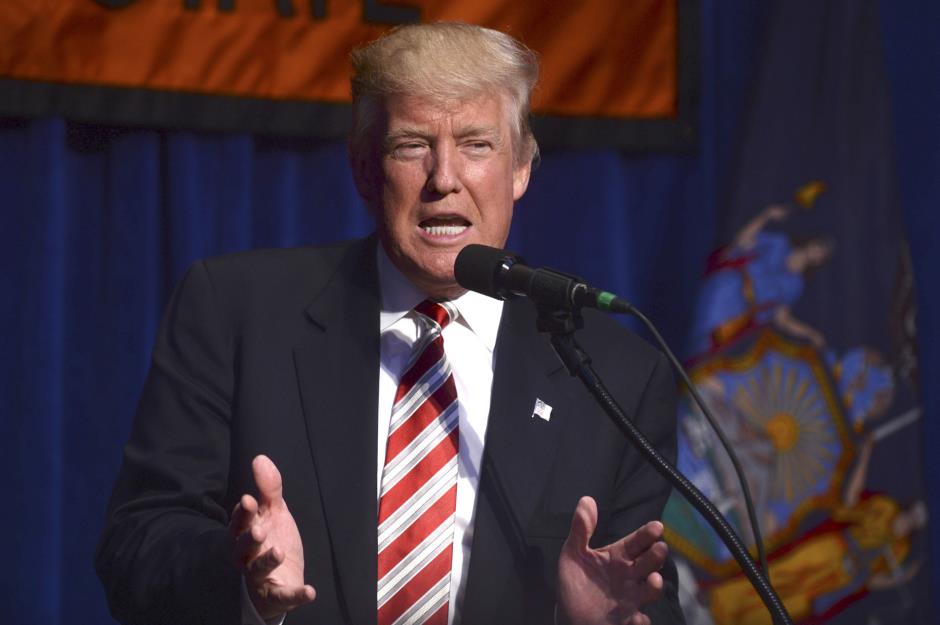 Dennis Van Tine/PA
The highest-paid public speaker of all time is none other than Donald Trump – if you believe the hype. The US president claimed he was paid a staggering $1.5 million (£1.2m) for a speech he delivered to adult education firm the Learning Annex back in 2005. While experts believe the figure was closer to $400,000 (£309k), both Trump and the Learning Annex have since stuck by the claim.