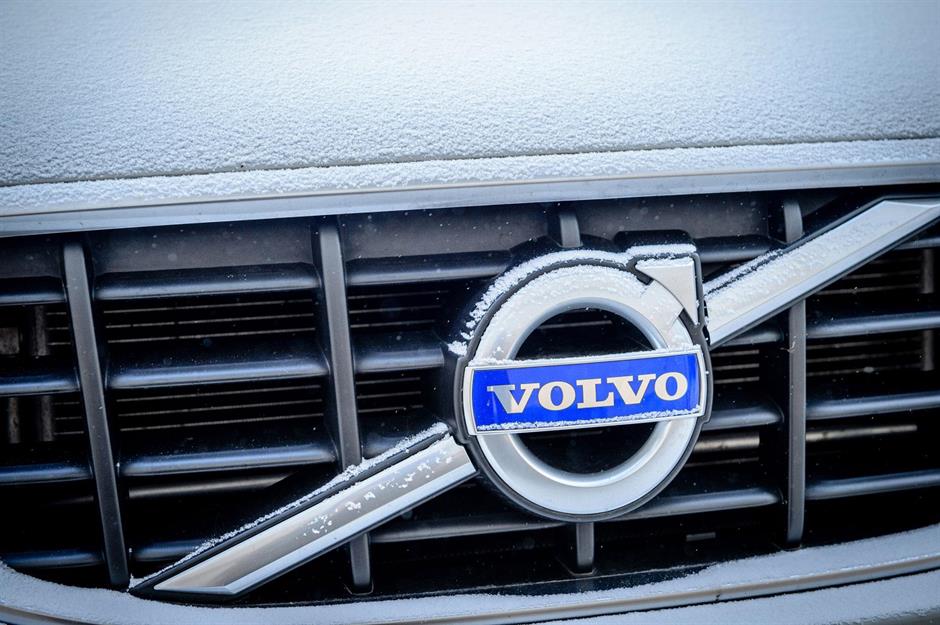 Chinese companies have been buying up Western brands for years, whether grabbing big names going through tough times or investing in foreign technology. As the world battles to bounce back from the coronavirus pandemic, some analysts believe that China – already on a corporate spending spree – will snap up more struggling companies in the West. But which companies are already under Chinese ownership? Read on to discover the famous Western firms that are majority or wholly owned by conglomerates in China. All dollar values in US dollars. 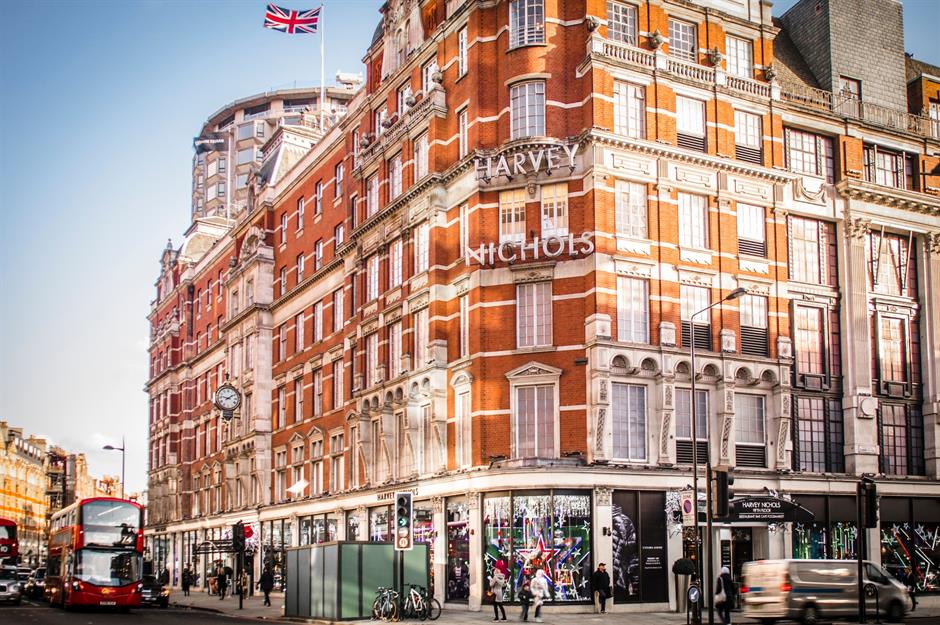 Founded in 1831, Harvey Nichols is one of London's most upscale department stores. There are currently 15 different Harvey Nichols stores around the world, including three in Hong Kong. The chain was bought by Hong Kong-based company Dickson Concepts in 1991 for $101.9 million (£53.6m). 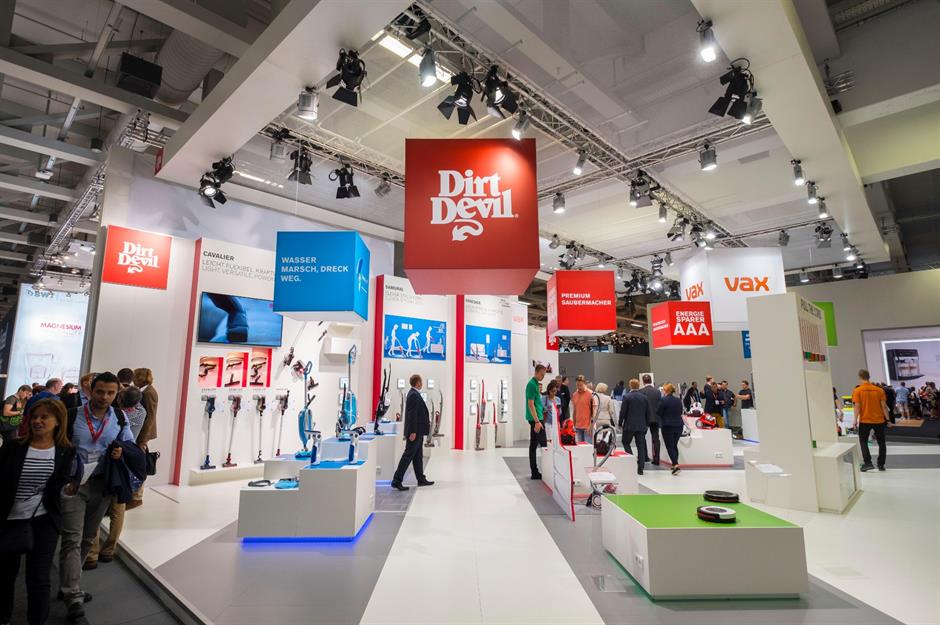 Dirt Devil, the US manufacturer of vacuum cleaners, was originally founded in 1905. In 2002, its parent company Royal Appliances Manufacturing Company was bought by the Hong Kong company Techtronic Industries for $105.5 million (£74.2m). 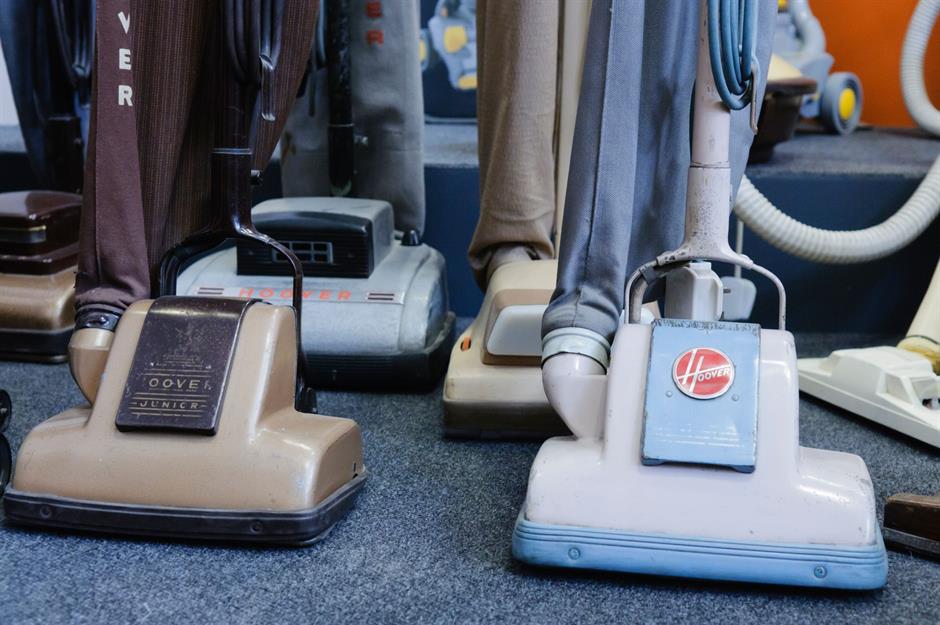 Dirt Devil isn't the only vacuum brand that's been sucked up by Techtronic Industries. The Whirlpool Corporation sold the US division of Hoover to Techtronic Industries in 2007 for $107 million (£54.5m) in cash. The international arm of the Hoover brand was originally owned by Italian appliance maker Candy, but that was taken over by Chinese consumer electronics firm Haier in 2019. That means the entire Hoover brand is now under Chinese control. 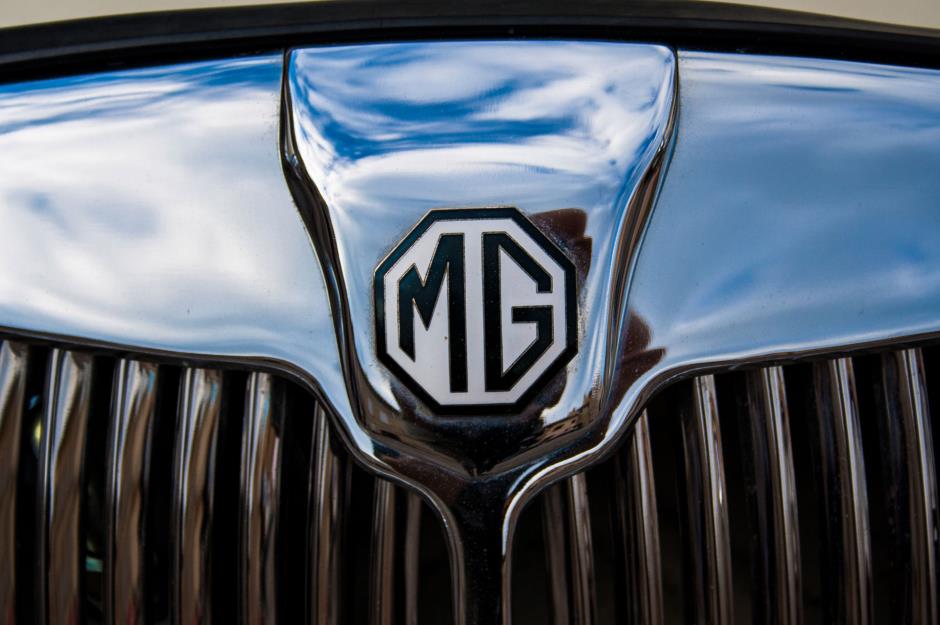 In 2005, UK-based automotive brand MG Rover was bailed out by China’s oldest vehicle manufacturer, Nanjing Automobile, for $96.1 million (£70.2m). Two years later, Nanjing was bought by Shanghai-based SAIC Motor. The company ceased all production at MG’s Longbridge plant near Birmingham, England in 2016 and moved all operations to China. 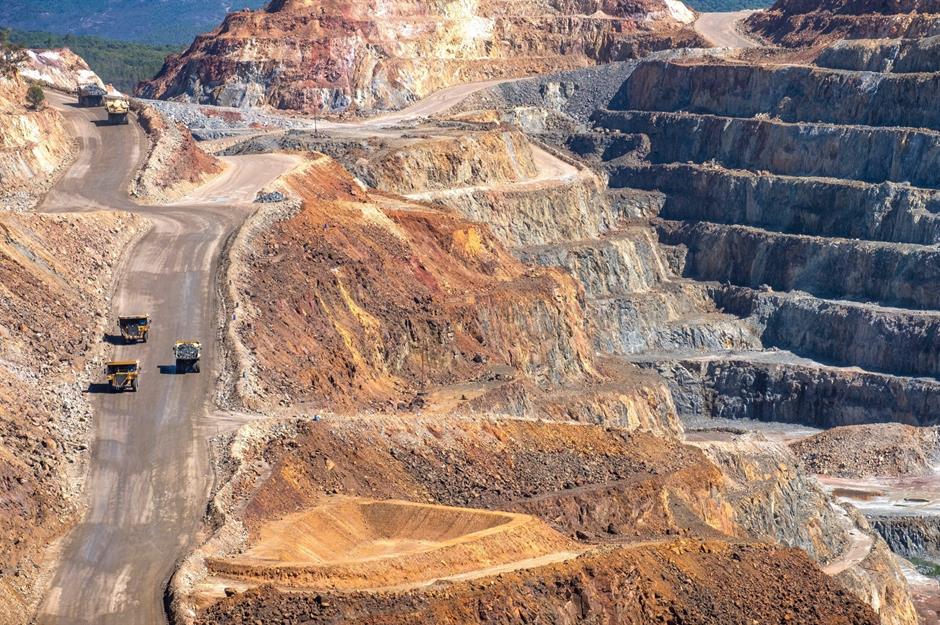 Chinalco, one of the world’s biggest aluminium producers, is owned by the Chinese government. In February 2008, the company bought a minority stake in British-Australian mining company Rio Tinto for a whopping $12.8 billion (£6.5bn). By 2019, Chinalco owned a 14.51% stake in the company, making it Rio Tinto’s biggest shareholder. Chinalco’s share cannot exceed 15% though as a result of foreign ownership restrictions imposed by Australian regulators back in 2008.

In 2008, Hong Kong conglomerate Trinity Holdings added British menswear brand Kent & Curwen to its portfolio. The company, which has partnered with footballer David Beckham and provided the costumes for the 1981 film Chariots of Fire, was bought for an undisclosed amount. But it hasn't been plain sailing since then. In 2019, it was reported that Kent & Curwen was around $24.6 million (£18m) in debt and had cut a third of its staff. 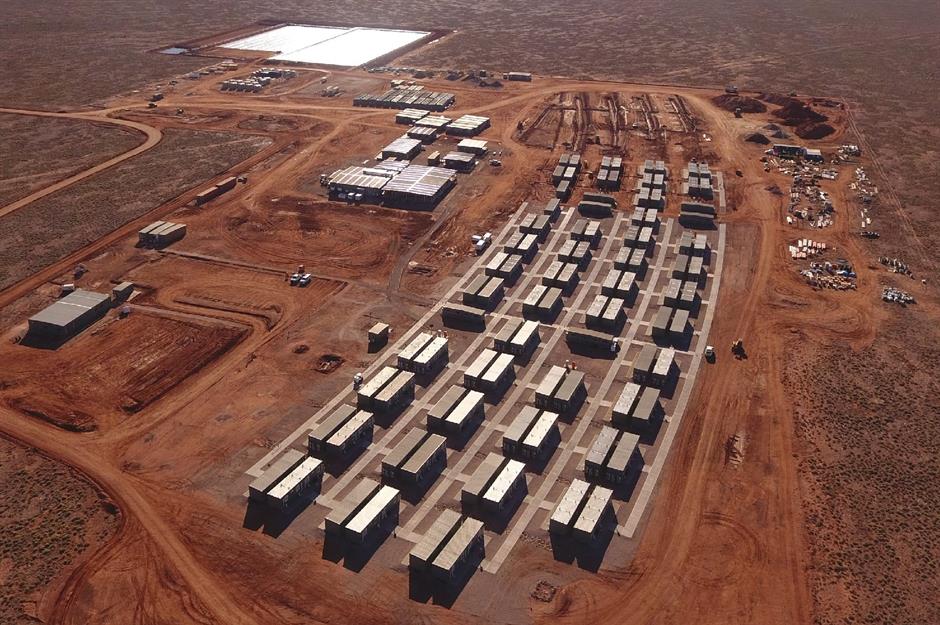 OZ Minerals is a modern mining company in South Australia that focuses on copper mines across Australia and in Brazil. The company was drowning in debt in 2009 when it was acquired by Chinese mineral and metals trading firm Minmetals, which now goes by the name of MMG. The deal came in at $1.4 billion (£989m). 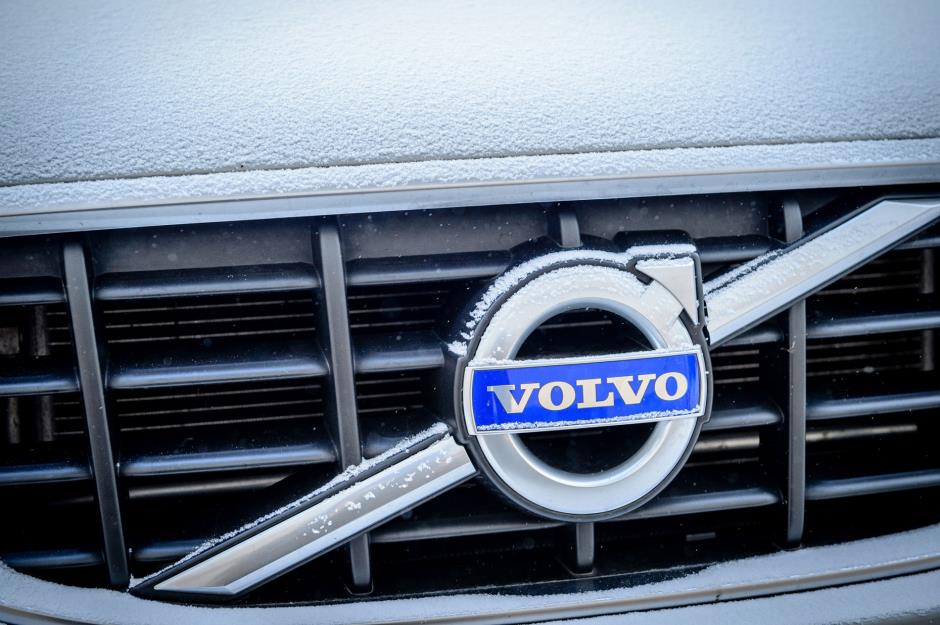 Renowned for its safe and reliable cars, the vehicles arm of much-loved Swedish automotive company Volvo was sold by Ford to China's Zhejiang Geely Holding Group for $1.8 billion (£1.3bn) in 2010. In July 2021, Volvo signed a deal with its parent company to take over Geely’s stake in its joint ventures in China, making it the first non-Chinese carmaker to have full control over its operations in the People’s Republic. China accounted for 25% of Volvo’s total car sales in 2020, followed by the United States (17%), Sweden (8%) and Germany (7%). 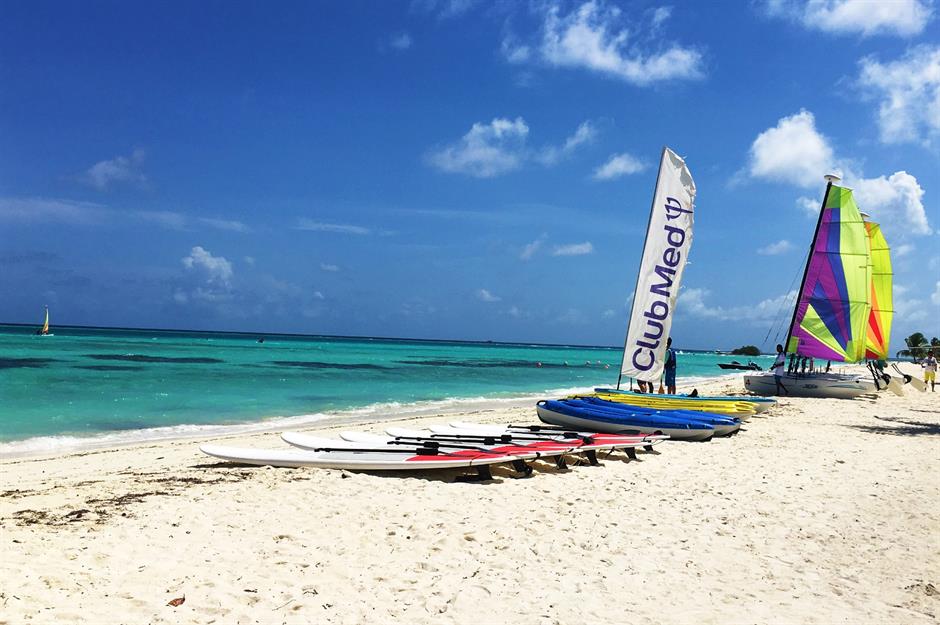 In 2010, Chinese investment company Fosun International bought a 7.1% stake in the French all-inclusive vacation brand Club Med. Five years later, and following a two-year bidding war, the conglomerate went the whole hog and raised its stake to 98% at a cost of $1.1 billion (£803m). 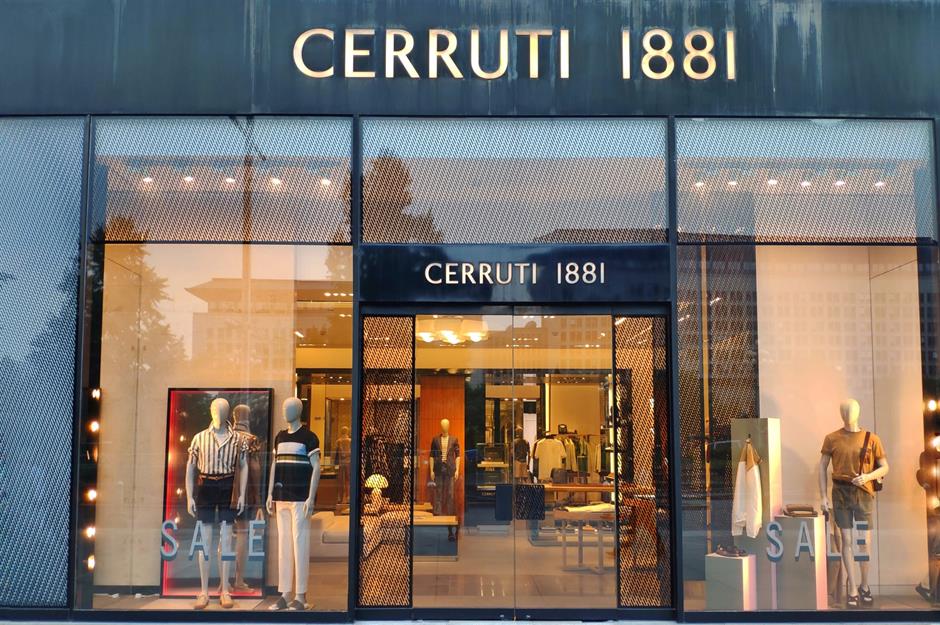 Presitigious Italian fashion brand Cerruti was snapped up by Chinese investors in 2010. Famed for its luxurious men's suits and classic 1881 fragrance, the brand was bought by Hong Kong-based Trinity for up to $71.7 million (£52.3m). The acquisition came as part of the company’s ambitious expansion programme in the UK and China. 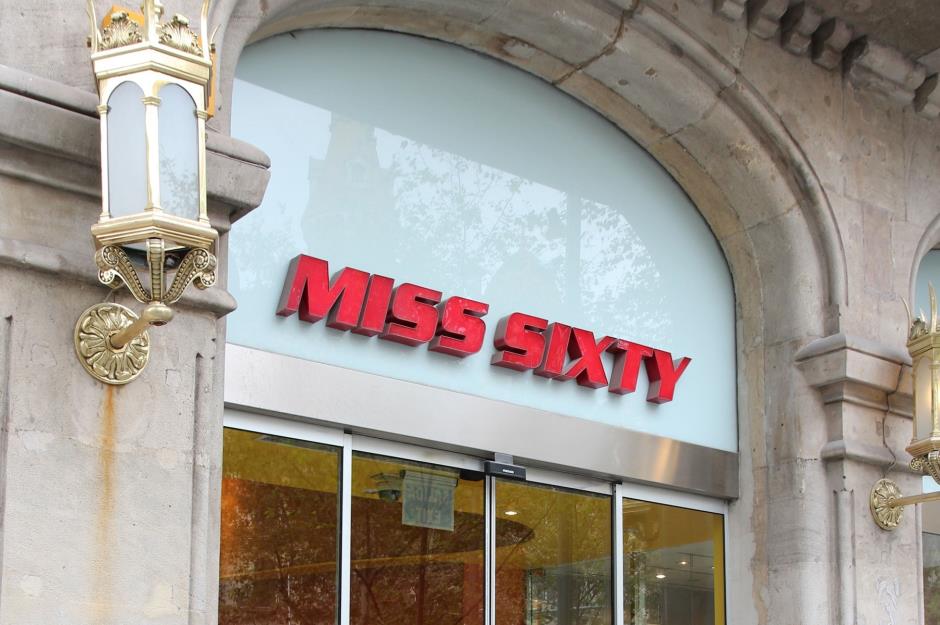 The popular Italian womenswear brand was snapped up by Guangzhou's Trendy International Group in 2012. The parent company controls a range of fashion brands, which includes Energie, Murphy & Nye and Killah. Miss Sixty’s owner announced in 2016 that the brand could go public in the upcoming year, but no IPO has happened yet. The business was estimated to be worth $5 billion (£3.6bn) at the time. 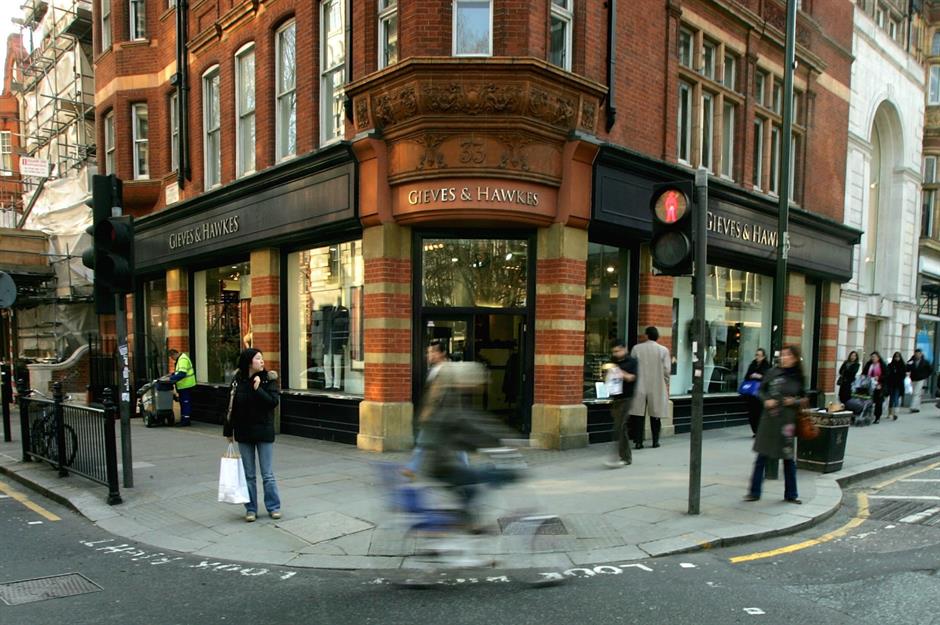 Tailor Gieves & Hawkes, located on London's famous Savile Row, was established way back in 1771 and former clients have included Horatio Nelson and Charlie Chaplin. In 2012, Gieves & Hawkes was sold to Hong Kong conglomerate Trinity for $51.8 million (£37.8m), plus additional payments that could add up to $95.7 million (£69.9m) depending on the company’s sales in China.

AMC Theaters, the American cinema chain that became a so-called meme stock in January this year when people began investing in their droves after discussions on social network Reddit, was bought by the Dalian Wanda Group for $2.6 billion (£1.9bn) in 2012. Although other global companies have subsequently invested in the firm, Wanda Group still has majority control over the chain.

Have meme stocks held their value or fallen back down to earth? 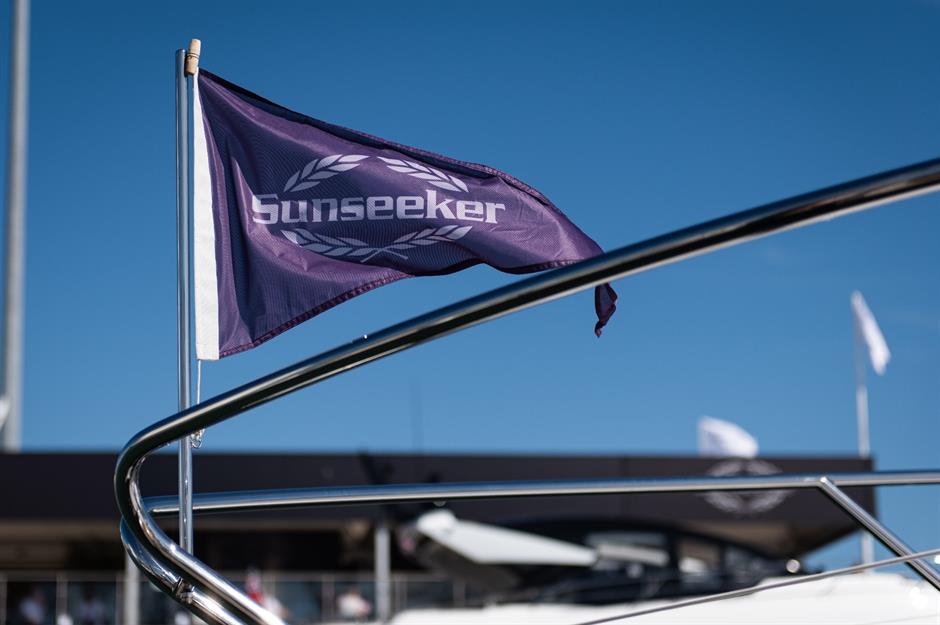 Dalian Wanda Group followed up its 2012 purchase of AMC Theaters by adding another Western company to its portfolio. In 2013, it bought a 92% stake in Sunseeker – Britain's largest luxury yacht-maker and James Bond's seafaring brand of choice – for more than $451 million (£300m). 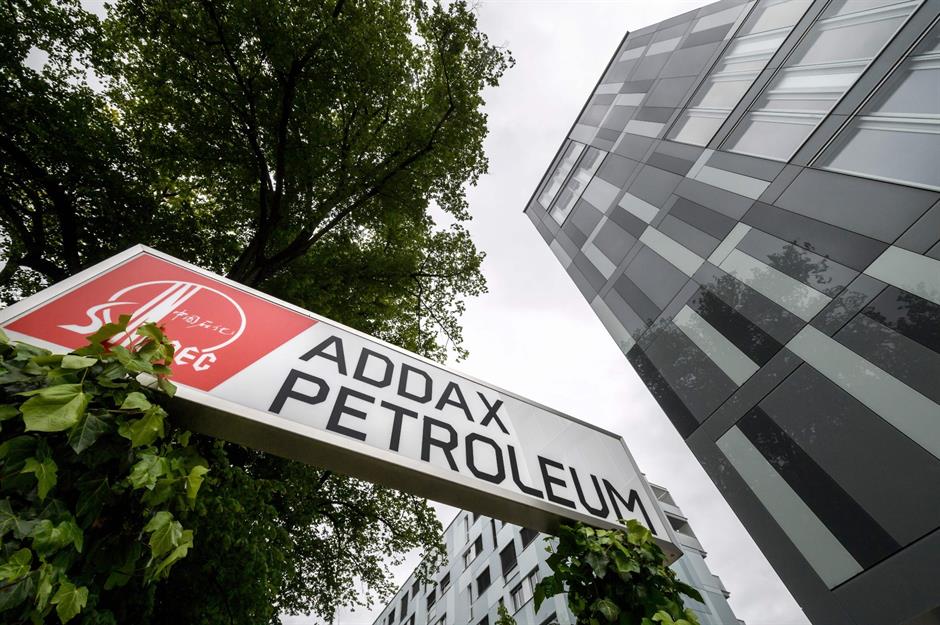 In 2013, Chinese oil refiner Sinopec acquired Canadian gas and oil exploration company Addax Petroleum in 2013 as part of an $8 billion (£5.8bn) deal. The takeover came as part of Sinopec’s efforts to expand and diversify its overseas portfolio, and the company was China’s biggest refiner in terms of capacity when it sealed the deal. 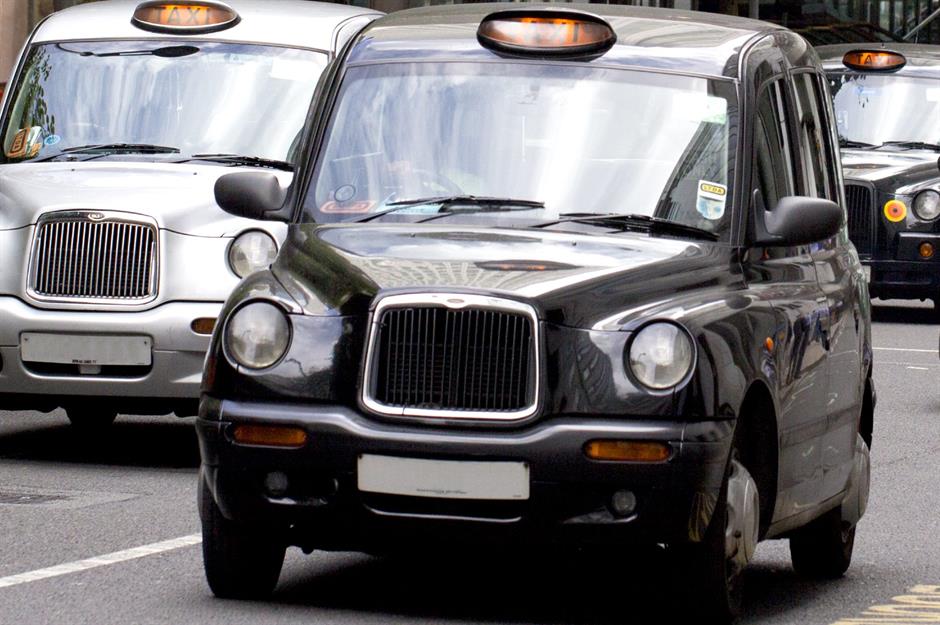 MagicBones/Shutterstock
London's black cabs are some of the most iconic cars on UK streets – but they're not quite as British as they seem. In 2013, the Chinese automotive company Zhejiang Geely Holding Group bought London Taxis International for $15.6 million (£11.4m). Over the last eight years, Geely has invested in turning the black cabs more environmentally friendly, after Transport for London banned the launch of new diesel-powered taxis. 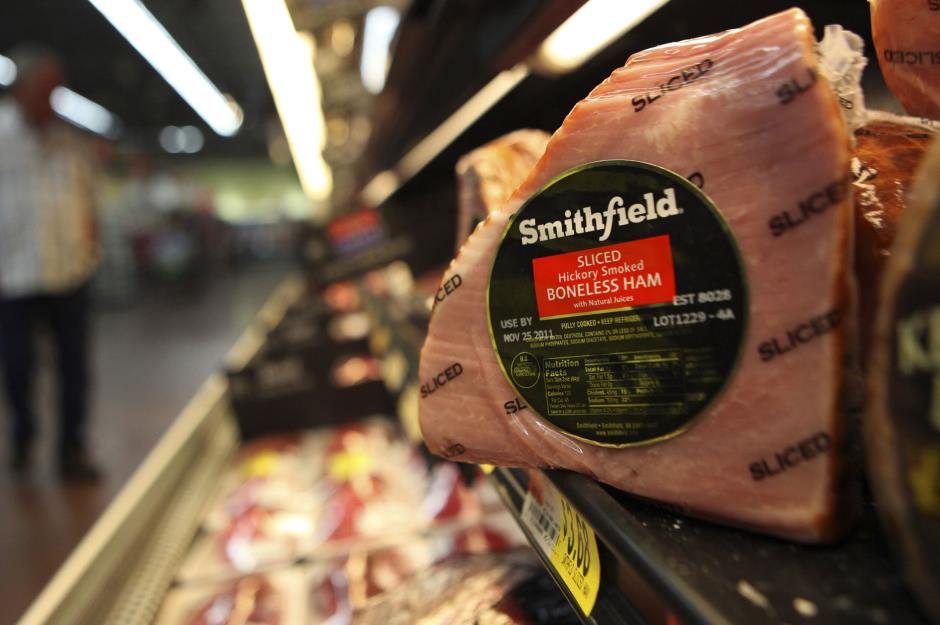 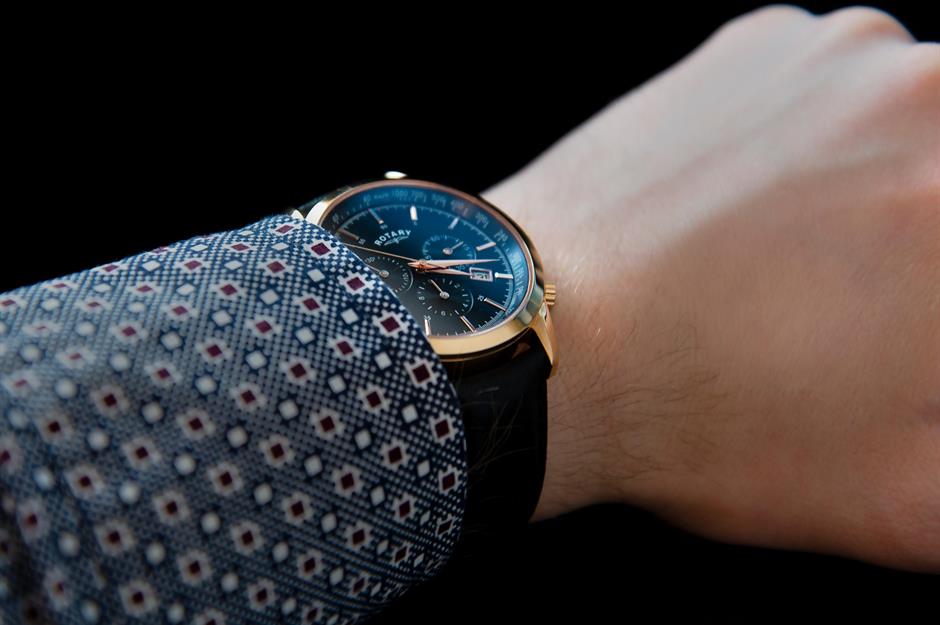 Established in 1895, the Swiss watch brand Rotary is one of several brands that made up The Dreyfuss Group, along with Dreyfuss & Co and J&T Windmills. Hong Kong's Citychamp Watch & Jewellery Group, which also counts Swiss timepiece brands Corum, Eterna, and Rossini in its portfolio, bought The Dreyfuss Group for $46.4 million (£33.8m) in 2014. 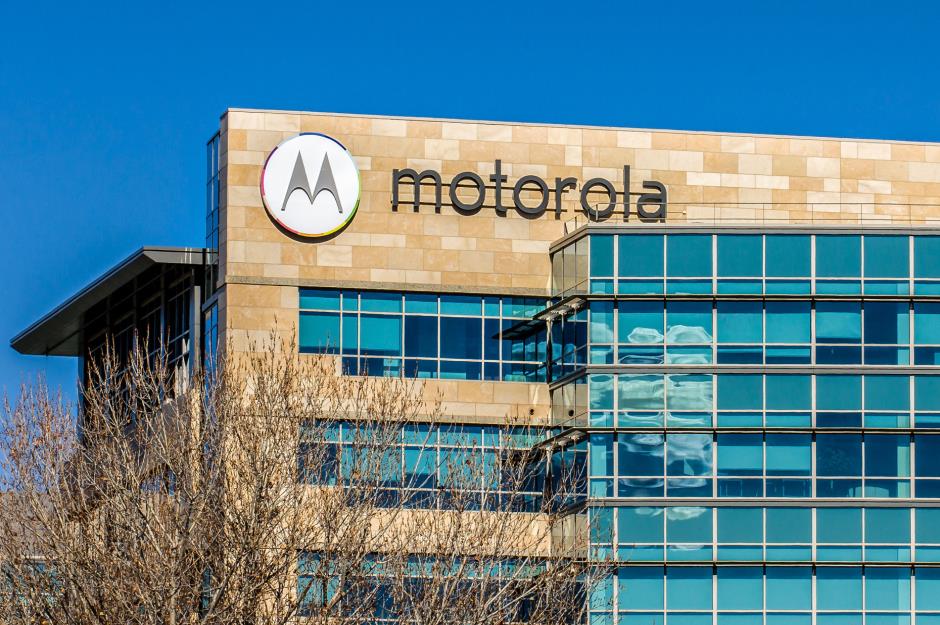 America's Motorola is controlled by Chinese home computing giant Lenovo, which acquired Motorola Mobility from Google in 2014. The search engine behemoth had bought the brand for $12.6 billion (£9.2bn) in 2012 but sold it to Lenovo for just $2.91 billion (£2.1bn) two years later. 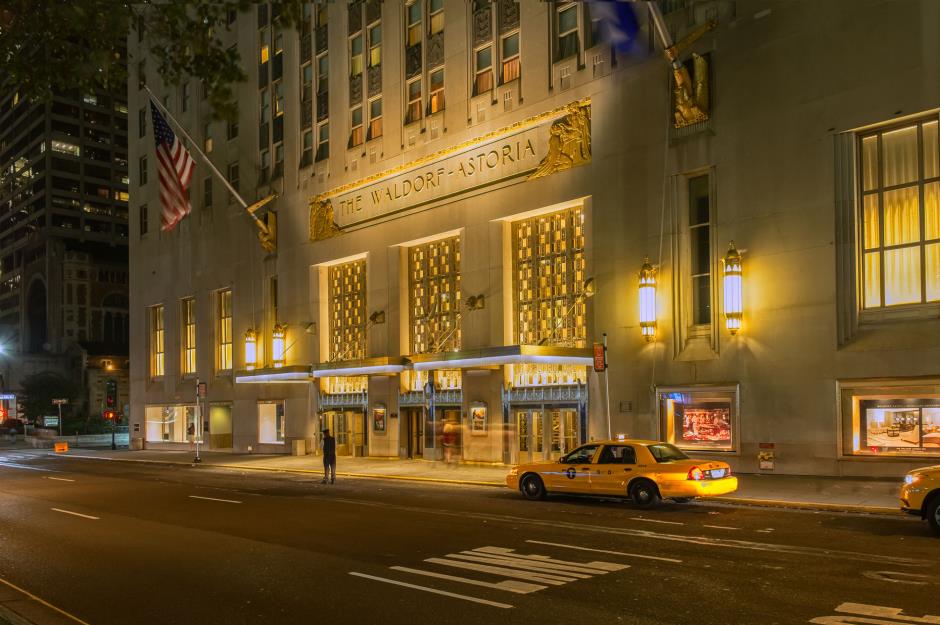 Synonymous with Big Apple glitz and glamour, the landmark Waldorf Astoria hotel in New York City was bought by Chinese Insurance giant Anbang Insurance Group in 2014 for $1.95 billion (£1.2bn) in one of the most expensive hotel acquisitions of all time. The Group paid the equivalent of $1.38 million (£825k) per room for the flagship hotel that was once home to Marilyn Monroe. As part of the deal, Hilton Worldwide Holdings will continue to operate the hotel until the year 2114. Chinese conglomerate HNA Group also owned a 26% share in Hilton Worldwide until it ran into debt problems and was taken over by the Chinese government, which ordered it to sell off its interest. 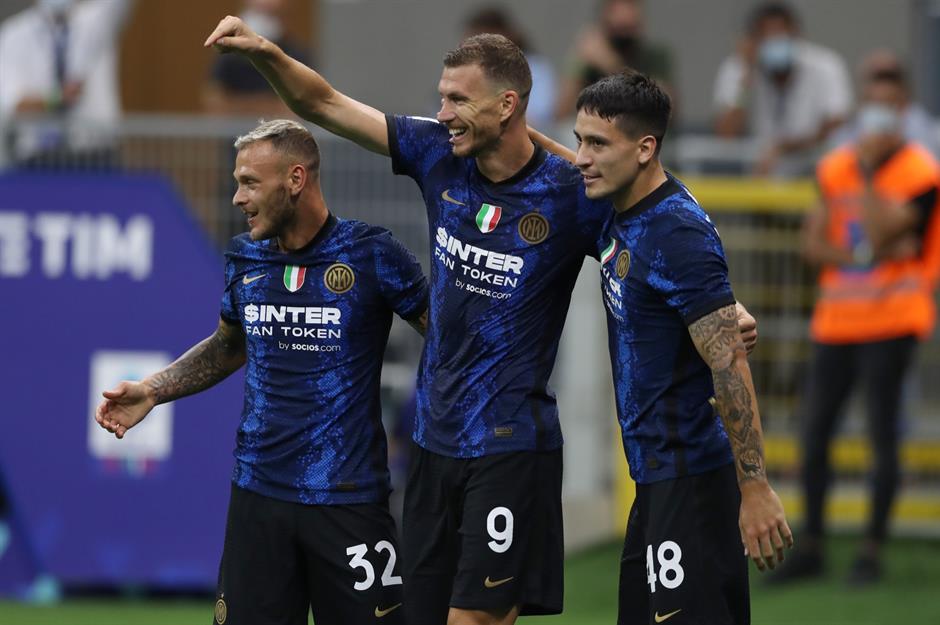 The first Italian Serie A football club to fall under majority Chinese ownership, Inter Milan was taken over by Nanjing's Suning Holdings Group in 2016. The Chinese company paid $294 million (£215m) for a 69% stake in the famous club. The Group attracted negative press when it was revealed that Inter Milan president Steven Zhang, son of Suning Group founder Zhang Jindong, was being chased for $250 million (£180m) of unpaid loans. Honk Kong-based LionRock Capital bought 31.05% shares in the company in January 2019, becoming Inter Milan's new minority shareholder. 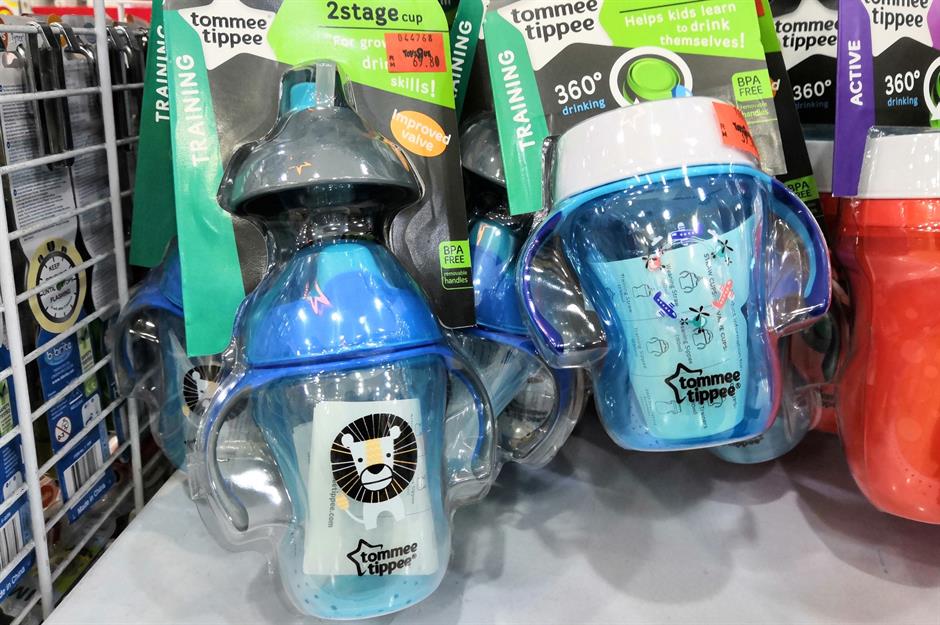 Tommee Tippee is one of the world's most recognisable baby brands and the UK's number one feeding bottle. Along with parent company Mayborn Group Limited, Tommee Tippee was acquired for $419.2 million (£305.9m) by Chinese insurance company Ping An in 2016. 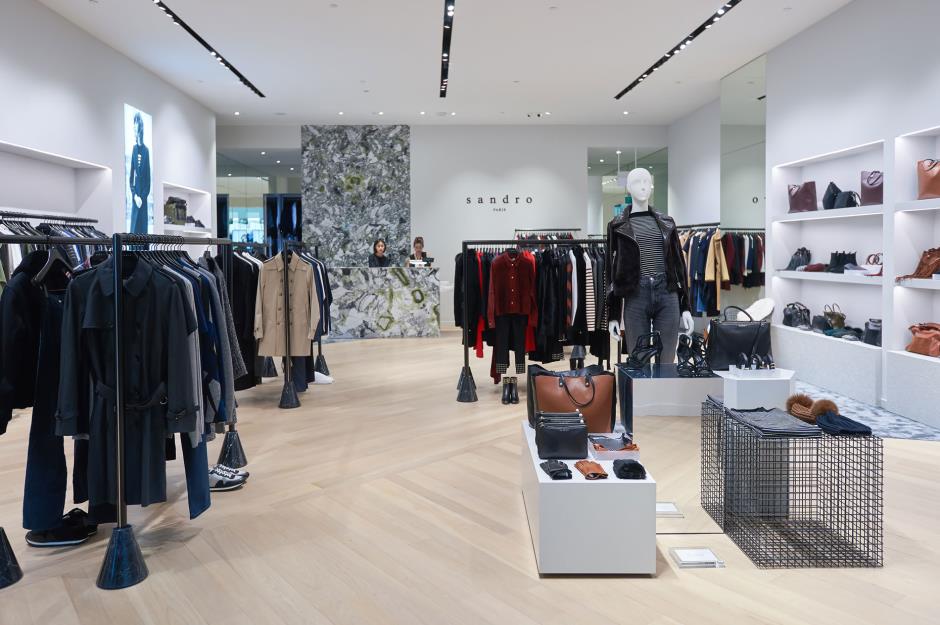 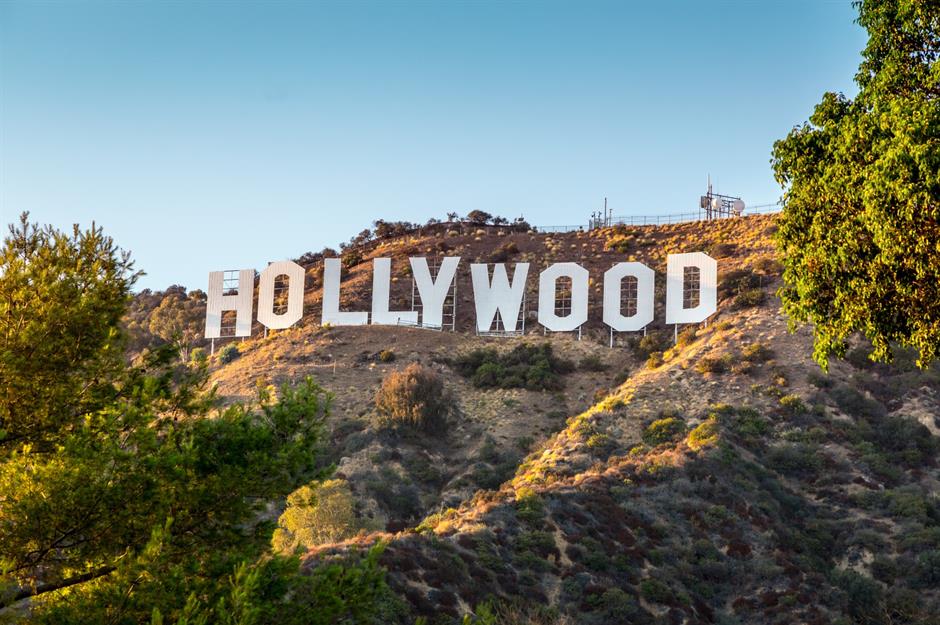 logoboom/Shutterstock
Dalian Wanda made another huge investment in the West when it acquired production and finance company Legendary Entertainment for $3.5 billion (£2.5bn) in 2016. This enormous Hollywood-China deal helped to cement Dalian Wanda’s position as one of the largest independent movie companies in the global film industry. 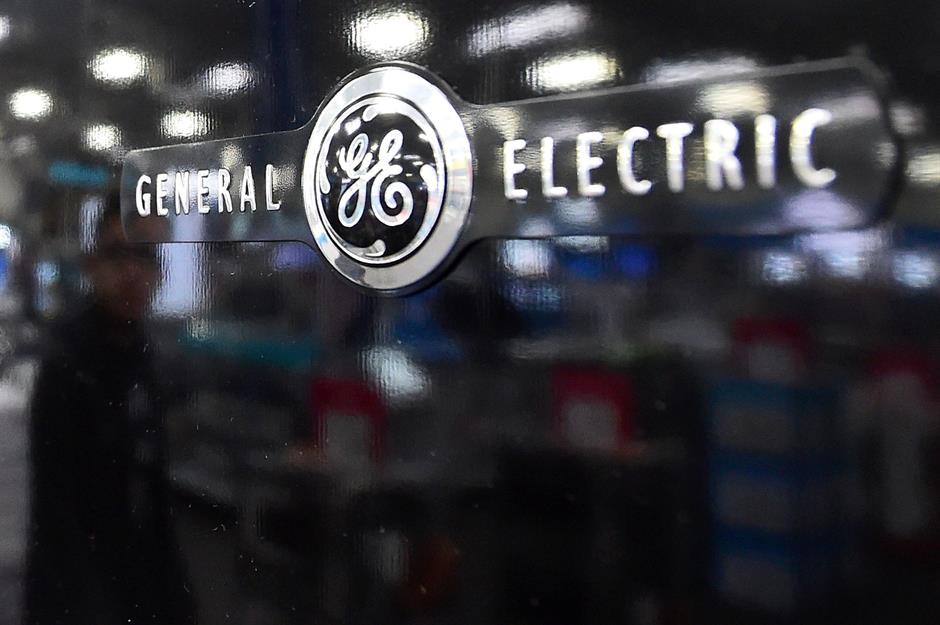 One of America's most famous manufacturers of refrigerators, dishwashers and other household gadgetry, General Electric's appliance division was snapped up for $5.4 billion (£3.9bn) in 2016 by Chinese white goods company Haier. At the time the deal was the third largest acquisition of a US company by Chinese investors.