Track Records
Thinking of playing those old records? Think again. Some original mint condition LPs sell for huge sums these days. Have a look through your vinyl collection and it could be music to your bank balance.

The Beatles – The White Album 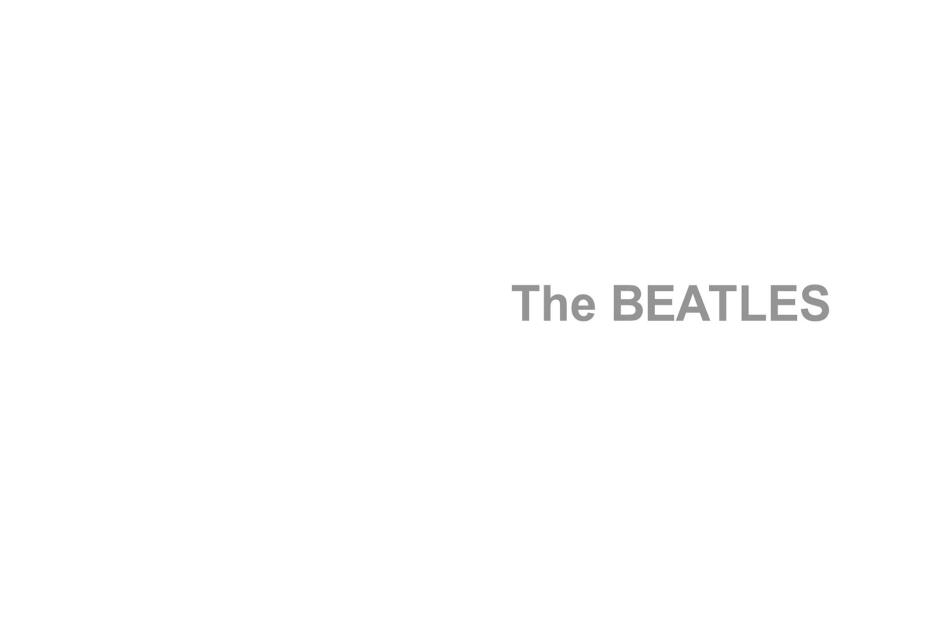 EMI
While the average Beatles record won’t fetch a lot these days, there are some highly sought-after first pressings. Have a root around your collection for an original copy of the so-called White Album, which will have a gatefold cover (opening at the top), a printed number (the lower the better) and the original Apple logo. If you’re lucky enough to own a low-numbered copy, it could earn you up a four- or five-figure sum. Suddenly, a near flawless album just got a little better.

Warner Bros Records
Madonna’s cover for 1992’s Erotica was predictably controversial. The cover art on the original 12” (reproduced here from a CD) was mistakenly taken to be a depiction of the singer performing a sex act. It was pulled, but not before a number of issues were printed. A copy with the risqué cover could earn you £2,000. Not bad money in this Material World. 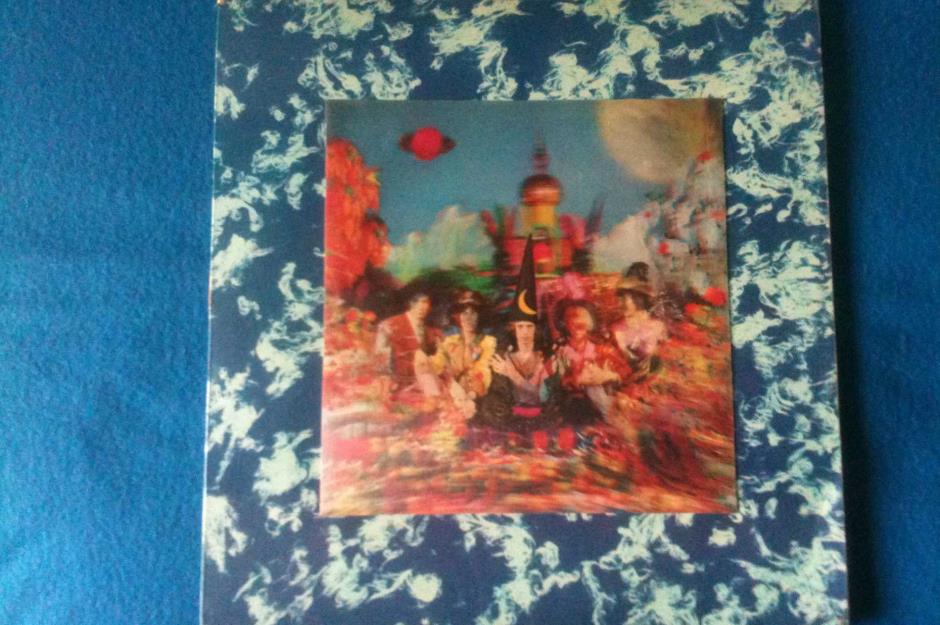 London Records
This album sold a lot of copies. However, original mono pressings with a 3D lenticular sleeve are much harder to come by. Should you stumble upon one, it could be worth upwards of £2,000. 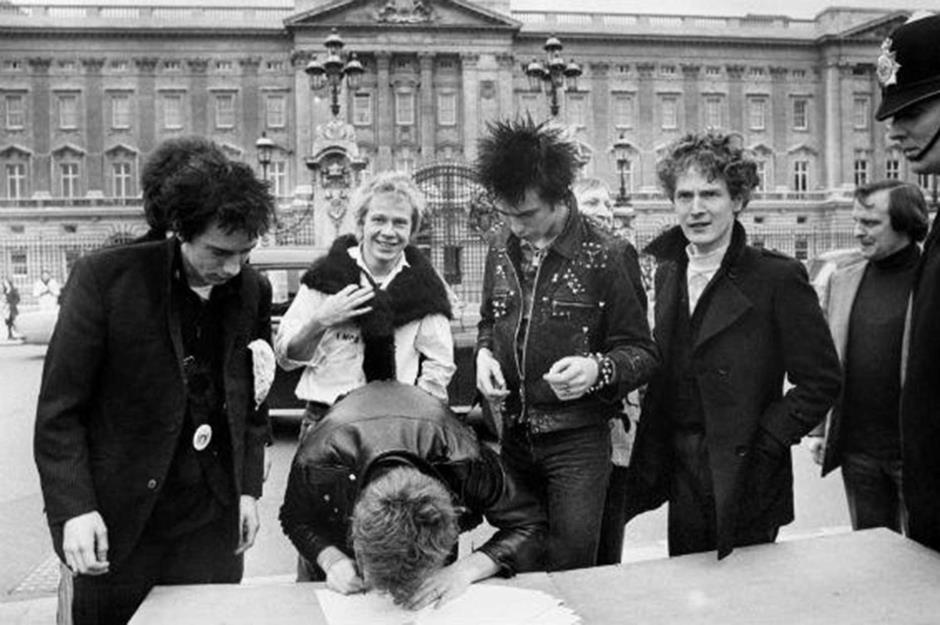 EMI
The Sex Pistols’ second single God Save The Queen saw them mired in even more controversy. A first pressing of the UK single on the A&M label, before the record was unceremoniously withdrawn by worried execs, sold for £6,000 in 2015.

Columbia Records
As one of Dylan’s most lauded records, most copies of this are not worth a huge amount. However, certain editions are extremely valuable. In 2012, a rare version with four tracks that were later removed and substituted with others surfaced, earning its owners over £24,658. Now where’s that basement key? 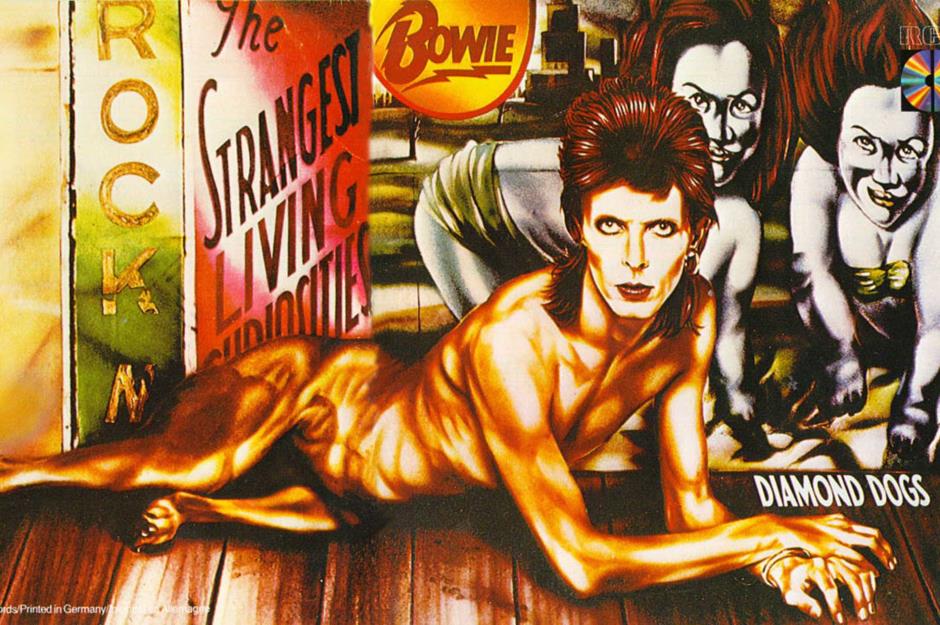 RCA Victor
Copies of 1974’s Diamond Dogs with original artwork are rare but very valuable. The initial sleeve, depicting David Bowie as half man and half dog, was pulled after the depiction of Bowie with a dog's private parts was deemed too controversial. In 2003, a copy was sold for £2,930 at auction. Check your collection. If you have the artwork described, you're barking up the right tree.

Bruce Springsteen – Spirit In the Night

Columbia Records
Spirit In The Night was one of Springsteen’s early singles on Columbia Records, and while most copies of the single have probably been worn down through use (it really is a great song), mint condition editions are known to fetch up to £4,115. 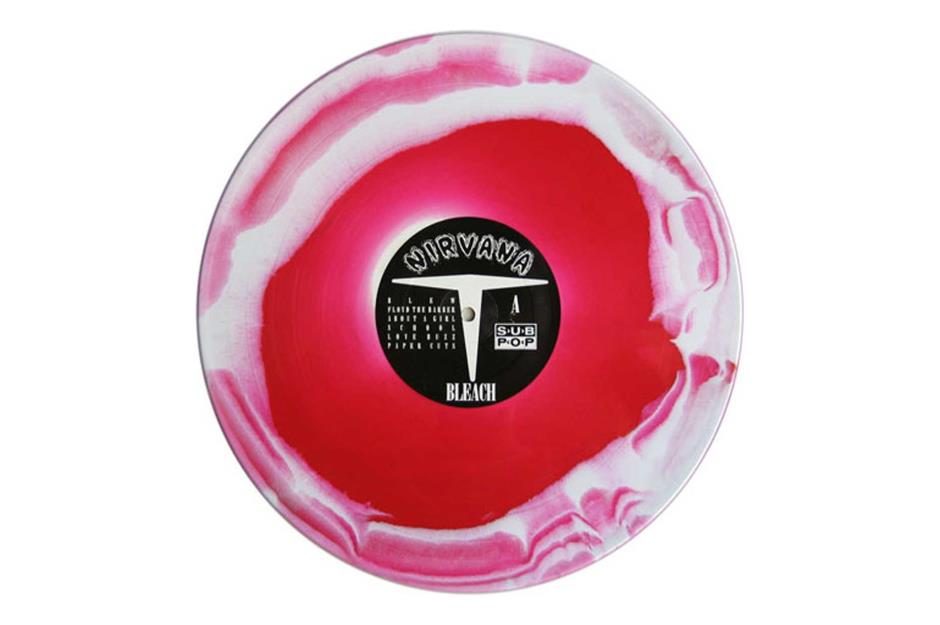 Sub Pop
A copy of the band’s 1989 studio debut won’t pay off your mortgage, and most vinyl editions won’t even cover your cable subscription, but various re-releases are worth a great deal, as only a few hundred of each were printed. Look out for the red and white marbled edition, which is worth £960. Other reissues are also valuable, but this is the pick of the bunch.

RCA Victor
Elvis records don’t tend to sell for much, given that most teenagers in 1950s America bought them by the bucketload. However, certain records are worth a pretty penny. Have a look out for mono copies of his debut album (titled Rock and Roll in the UK). Copies can sell for £810.

Atlantic Records
The first major group to eschew singles, Led Zeppelin insisted that fans buy whole albums if they wanted to listen to them. The BBC Sessions, released in 1997, includes many previously unreleased recordings. Mint edition vinyl copies aren’t worth thousands yet, but hold on to them, and in a few years they could be giving your bank account a whole lot of love as they are currently valued at around £675.

Pink Floyd – The Dark Side of the Moon

Capitol Music Group
First pressings of The Dark Side of the Moon can cost up to £1,000. One of the most popular albums of all time, it was an immediate success upon release and has possibly the most iconic album artwork of all time. Copies with a solid blue triangle on the LP are the ones you want to look out for and are particularly valuable.

The Beatles – Please, Please Me

Warner Music Group
What, you thought the biggest band of all time only had one entry on this list? Early UK Parlophone pressings of the Beatles’ debut album are extremely valuable. If the LP has a black and gold Parlophone label and songs credited to Dick James Music Company rather than Northern Songs (like most copies), you could be looking at around £6,000, which ought to please, please you.

Track Records
Original pressings of the Jimi Hendrix Experience’s Axis: Bold as Love are known to fetch into the hundreds, particularly mono copies with black or silver labels. Despite being recorded in a hurry – the band’s label insisted they do two LPs in 1967 – it went on to become highly acclaimed, and performed well in the charts. A copy of the above is worth around £375, while others have sold for over a £800.

Columbia Records
Another one you can’t retire on, but mint edition copies of Davis’ Kind of Blue LP are worth around £125. You're looking for a 180 gram blue vinyl copy (not hard to spot) with a 6-eye label. Columbia switched to a 2-eye label in 1961, making the former versions more valuable today.

Brunswick
From the band’s debut album, My Generation, this song was released as a single in the UK without their permission. While the song didn’t perform particularly well in the UK charts (it hit the Top 20 in Sweden) a number of copies were printed. Have a root through your collection for the 7” single, which is worth around £380.

The Rolling Stones – Let It Bleed

Decca
Mono original copies of this 1969 LP with a red inner sleeve and poster are worth keeping an eye out for. They could earn you around £100 but are known to go for more.

Capitol
One to hold on to. Original pressings of this single (7", 45 RPM) are only worth around £70 now, but with the band firmly fixed as rock 'n’ roll legends these days, it’s fair to say their early singles will be worth a great deal in years to come.

The Kinks – Face to Face

Pye
The Kinks topped the UK charts with Sunny Afternoon in 1966 from this, their fourth LP. Original mono pressings sell for around £250. It won’t do that for you, but it could pay for a nice sunny afternoon (or night) on the town.

Verve
This 1967 classic bombed upon release, and only 30,000 copies were pressed. Nowadays, rare first pressings are valuable. An acetate LP of what would eventually become the band’s debut sold for £25,530 in 2002. You’ll be hard put to get anywhere near that, but original, good quality pressings can still reach a few hundred pounds. Look for a copy with a peelable banana sticker covering Eric Emerson's torso.

Vertigo Records
Metal bands have long issued their work in vinyl form. Like Led Zeppelin, many of them don’t produce singles. Metallica do, but they’ve still found time to produce a number of classic LPs over the years. First pressings of their eponymous album (sometimes called The Black Album) can reach up to £590. Limited editions on the Simply Vinyl label are the most valuable.

U2 – The Joshua Tree

Island Records
The Joshua Tree was released right around the time CDs (remember them?) started to become popular. Though previous albums had done well, it was this album which propelled the band to mega stardom, along with Bono’s passionate performance at Live Aid. Original, mint condition quality copies of this album will get you about £80. And who said money doesn’t grow on trees?

Capitol
Rare, numbered UK copies of the Smashing Pumpkins' 1995 album with extra tracks sell for £430. A highly popular album at a time when vinyl was in decline, collectors are buying this up in droves in part due to its fantastic artwork.

MGM
Released on MGM Records in 1968, typographical errors meant copies of this 7” single were mistakenly credited to Jethro Toe. Fortunately, the band couldn’t put a foot wrong, and produced some of the best albums of the era. Promo copies of this single, of which there are a few floating around, are worth up to £400.

Elektra
First pressings of the Doors' fifth LP are worth good money at around £328. They're not easy to identify, but look out for copies on Elektra with light gold/tan labels rather than red or brown, as these were used on later pressings.

Depeche Mode – Music for the Masses

Mute
Clear vinyl copies of the band’s 1987 Music for the Masses album are highly sought after, reaching around £200.

Warner Bros.
Tom Petty’s solo work divides people more than Donald and Hillary. Copies of this album with two original inner sleeves can fetch around £225, which is not petty cash. Look out for that artwork and you could be in for a treat.