Celebrities who left showbiz behind to focus on their businesses 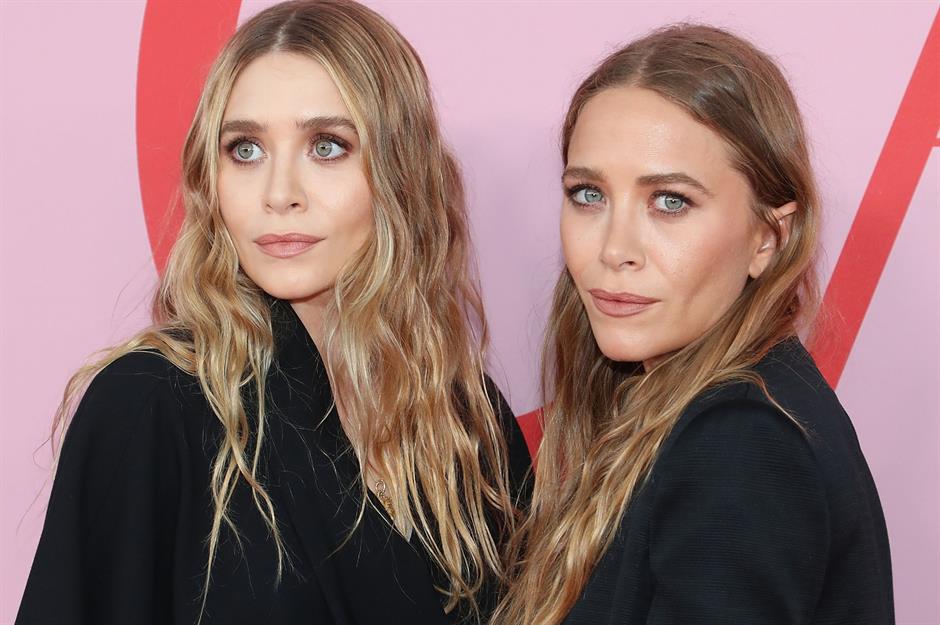 Being a celebrity with a fantastic following of fans can set you up perfectly for a transition into the world of business – especially if you have a burning idea, and the passion and savvy to carry it out.

From movie stars who swapped blockbusters for the boardroom to musicians turned billion-dollar moguls, read on to discover the famous faces who left showbiz behind to focus on their entrepreneurial endeavours. All dollar values in US dollars unless otherwise stated. 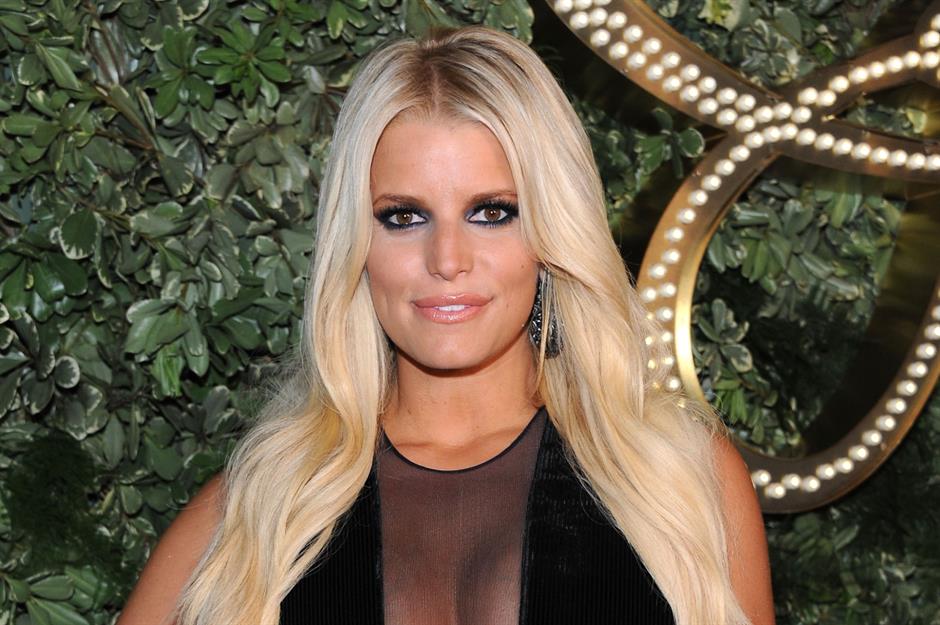 Jessica Simpson might not be the first celebrity to launch a clothing line but she’s certainly one of the most successful. In fact, The Jessica Simpson Collection, which launched in 2005, was such a hit that the singer stepped away from her career in music and acting to focus fully on her brand.

At its peak, the line was stocked in major department stores like Macy’s and made more than $1 billion (£757.8m) in annual retail sales.

Unfortunately, Simpson’s billion-dollar business took a hit when a majority stake in her empire was sold to Sequential Brands Group in 2015 for an undisclosed sum. By August 2021, the company had filed for Chapter 11 bankruptcy protection.

As a result, Simpson fought to regain full ownership of her business, even stating in an interview with Bloomberg that she was willing to borrow against her own home to save it. In late October 2021, the singer-turned-entrepreneur regained full control of her clothing company and recently launched her retro-inspired spring 2022 collection. 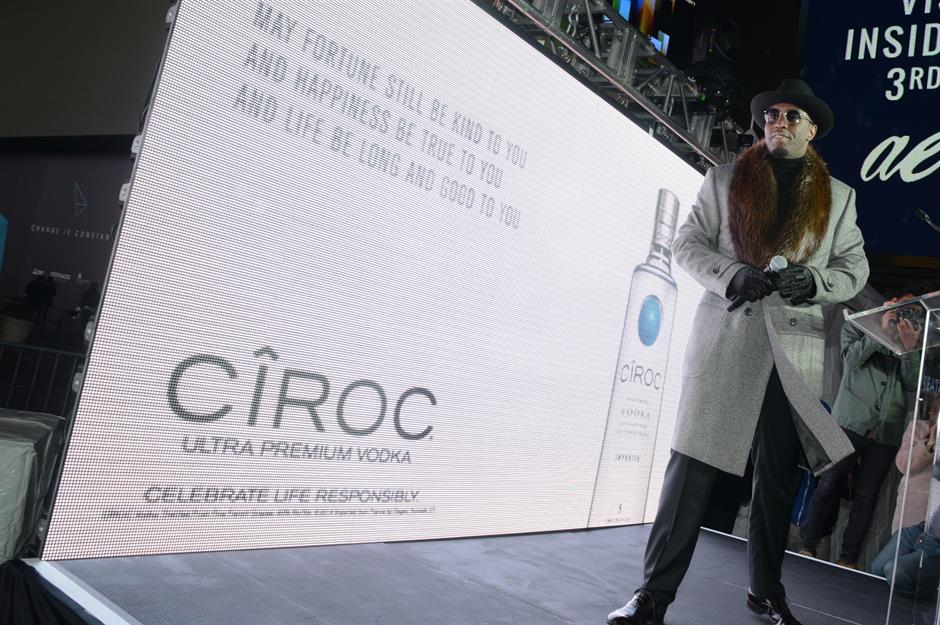 Another musician turned business mogul is Sean Combs, who became a rap superstar under the moniker Puff Daddy. Nowadays, the hip-hop heavyweight makes most of his bucks from booze thanks to his stakes in luxury liquor brands such as DeLeón tequila and Diageo's Cîroc vodka and .

And his business interests don't end there. As well as having a stake in Aquahydrate alkaline water, he also owns the Bad Boy Records music label, as well as the lifestyle brand Sean John.

The self-proclaimed Bad Boy For Life certainly isn’t bad at making money – in 2021 alone, he earned a whopping $90 million (£69m).

Business-savvy Oprah transformed her fame from The Oprah Winfrey Show, which ran for an impressive 25 years, into a mammoth business and media empire. The first Black female to achieve billionaire status, Winfrey is today worth an incredible $2.6 billion (£2bn).

The media queen's entrepreneurial prowess first began to emerge in 1986, when she founded multimedia production company Harpo Productions. In 2011, she launched the cable television channel Oprah Winfrey Network (OWN), and her 25.5% stake is worth more than $65 million (£49.2m) according to Forbes.

Winfrey also has a 7% share in Weight Watchers and signed a multi-year deal with Apple TV+ in 2018 to produce original content for the streaming giant.

She strutted down the catwalk for Victoria’s Secret and made history as the first Black woman to have a solo cover of Sports Illustrated in 1997. However, supermodel sensation Tyra Banks has firmly rebranded herself as a bona fide businesswoman.

In 2003, Banks founded TV production company Bankable Productions, which was behind America’s Next Top Model. The hit reality show, which Banks created and hosted for 23 of its 24 seasons, spawned multiple international spin-offs.

Banks, who completed a non-degree course at Harvard Business School, has dipped her toes into various other ventures, too. This includes the Tyra Beauty cosmetics line, which appears to have closed in 2017, and, most recently, SMiZE Cream. The premium ice cream business is named after Banks's signature "smize" modelling move, and is available to buy online in flavours ranging from "Red Velvety Hugs" to "Hot Honey Fried Cornbread".

Once best known as Paris Hilton’s cheeky partner in crime on reality show The Simple Life, Nicole Richie has transformed herself into a respected fashion designer. In 2009, she launched jewellery line House of Harlow 1960, and in 2014 debuted a ready-to-wear clothing collection under the same label.

And Richie isn't just slapping her name on the brand; rather, she's won countless design awards along the way. She was also voted "Entrepreneur of the Year" at the Glamour Women of the Year Awards in 2010.

House of Harlow 1960 made its New York Fashion Week debut in September 2021 and the collection was, according to Richie, "inspired by ‘70s Hollywood glamour". 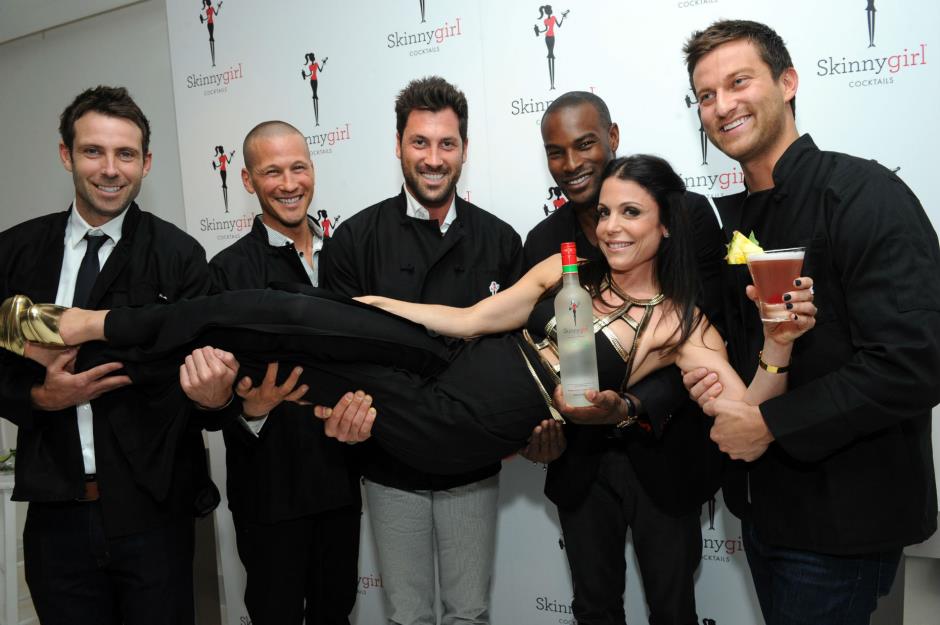 She got her start on reality TV but now makes her money through cocktails. Bethenny Frankel, who first appeared on The Real Housewives of New York City, was once a natural food chef who had dreams of releasing her own line of low-calorie drinks.

And she did it. In 2011, her company, Skinny Girl Cocktails, was purchased by Beam Global, with reports at the time suggesting that the business sold for somewhere between $100 million (£75.9m) and $120 million (£92m). We’ll drink to that!

Kylie Jenner, who found fame with her family on Keeping Up with the Kardashians, hit the headlines when Forbes named her the world's youngest self-made female billionaire in 2019. However, her net worth has since been contested and is now estimated to sit at $620 million (£470.3m).

Not satisfied with one booming business, Jenner has also gone on to launch swimwear brand Kylie Swim. 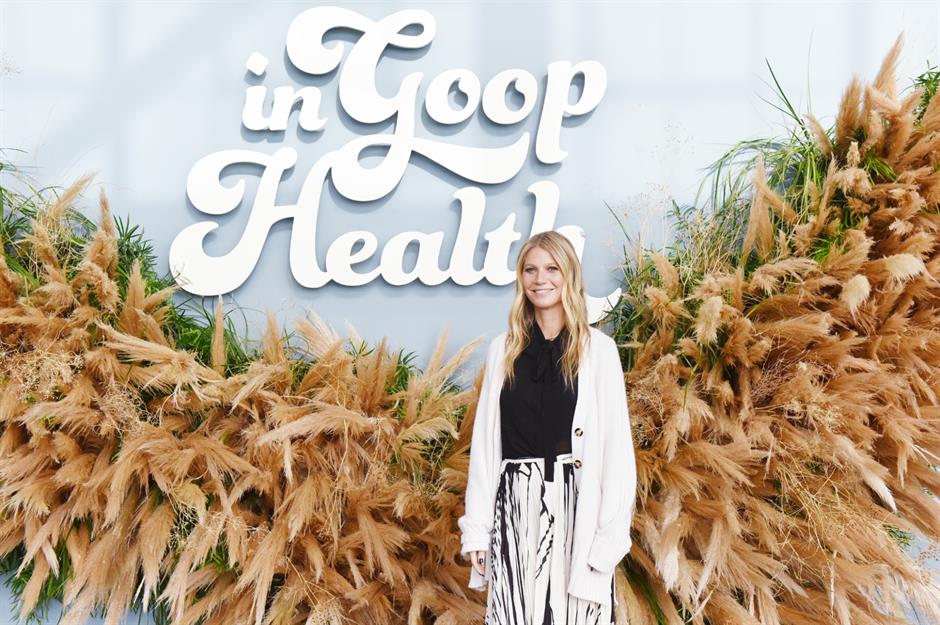 Once famed for films like Shakespeare in Love and Iron Man, Oscar-winning actress Gwyneth Paltrow is better known these days for her headline-hitting lifestyle brand Goop, which she founded in 2008.

The controversial brand, famed for selling products such as "vagina-scented" candles and Psychic Vampire Repellent, is worth around $250 million (£189.6m).

In 2020, Netflix even made a docuseries about the infamous company, which was titled The Goop Lab. 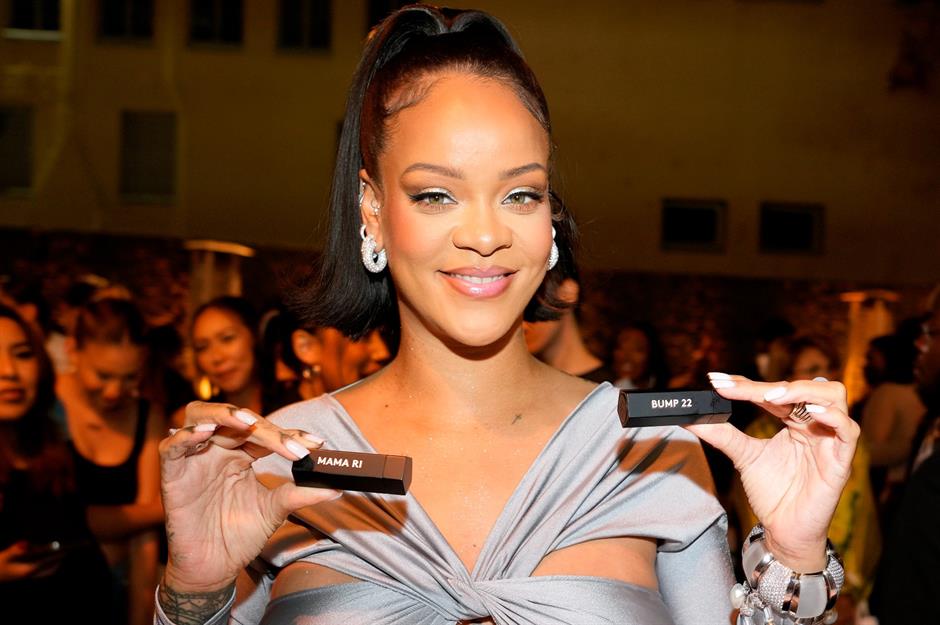 Despite selling over 250 million records worldwide, Rihanna's last studio album, Anti, was released all the way back in 2016. The star seems to have swapped music for make-up following the launch of her Fenty Beauty cosmetics business in 2017, which she co-owns with LVMH.

The beauty brand reported revenues of $550 million (£417.1m) in 2020 alone and has helped the Umbrella singer reach official billionaire status. Rihanna's current net worth is a remarkable $1.7 billion (£1.3bn).

Not content with having just one successful business, Rihanna launched her Savage X Fenty lingerie brand in 2018. The company, which she owns a reported 30% stake in, was valued at $1 billion (£758.5m) in February 2021. 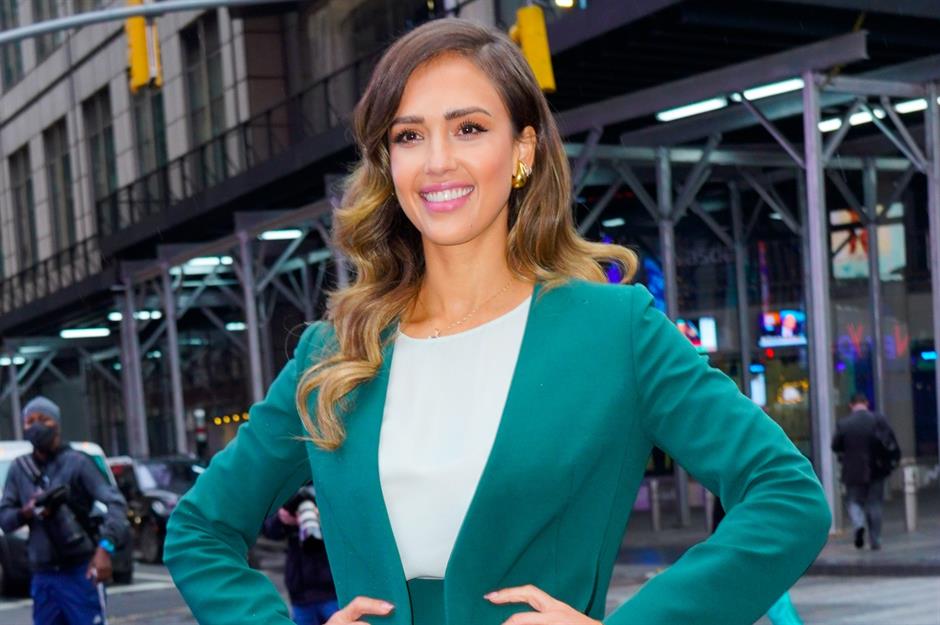 Once the star of movies like Sin City and Fantastic Four, Jessica Alba swapped blockbusters for the boardroom when she founded The Honest Company in 2012. After the birth of her first child in 2008, Alba was inspired to start a brand that sold eco-friendly, all-natural baby and cleaning products.

Just three years after its launch, the company reached a valuation of $1 billion (£757.8m). And The Honest Company continues to thrive today: Alba has since taken it public and expanded her product line to include bath, body, and beauty goods.

Former child stars Mary-Kate and Ashley Olsen rose to fame in sitcom Full House and went on to star in a plethora of popular teen movies, including It Takes Two and New York Minute. However, the twins have since swapped film for fashion, and launched their high-end brand The Row in 2006. 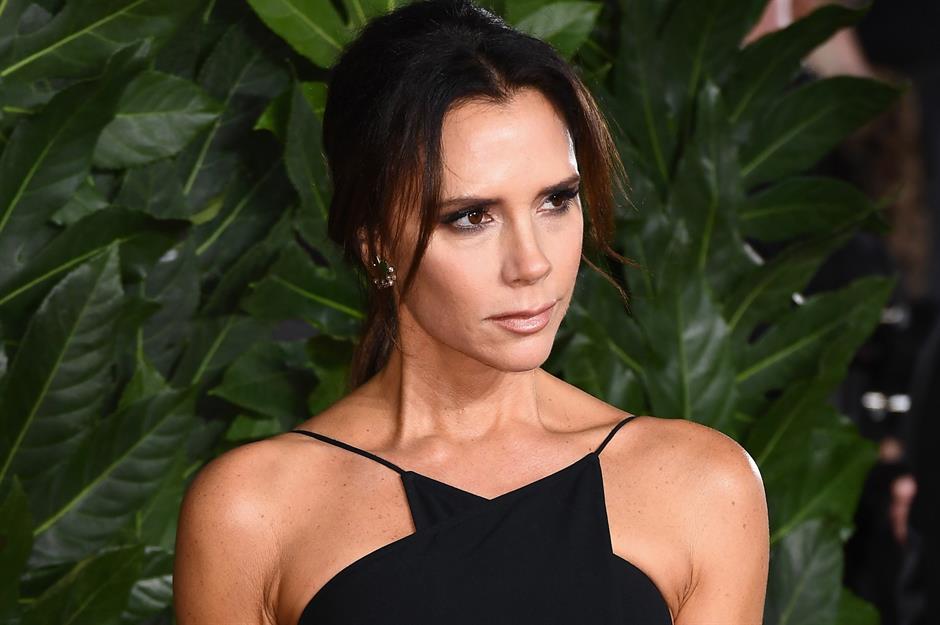 Victoria Beckham might have first found fame as "Posh Spice" in iconic girl band Spice Girls but her days of singing are well and truly behind her. These days, her focus is firmly on her eponymous fashion line, and she even turned down taking part in the Spice Girls' reunion tour in 2019.

The likes of Beyoncé, the Duchess of Cambridge, and Sienna Miller have all worn her chic designs. The company has been going strong since its launch in 2008, although it hasn't all been smooth sailing: in 2018, it reported losses of $16.1 million (£12.3m). 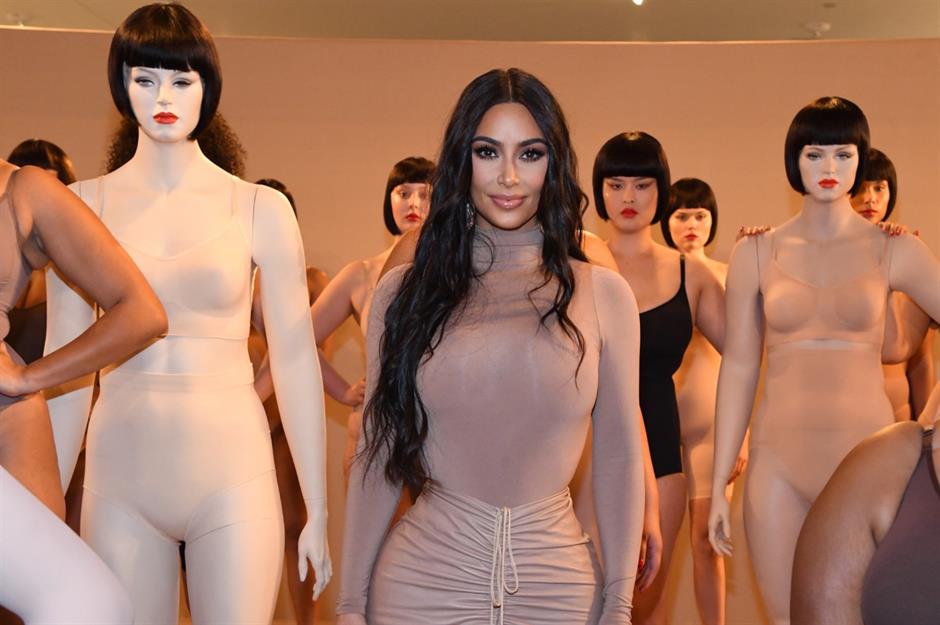 Like her younger half-sister Kylie Jenner, Kim Kardashian rose to fame on Keeping Up with the Kardashians. However, despite her reality TV roots, the star has transformed herself into a globally respected businesswoman, with her empire including everything from mobile apps to clothing.

In total, the cashed-up Kardashian is worth an eyewatering $1.8 billion (£1.4bn). 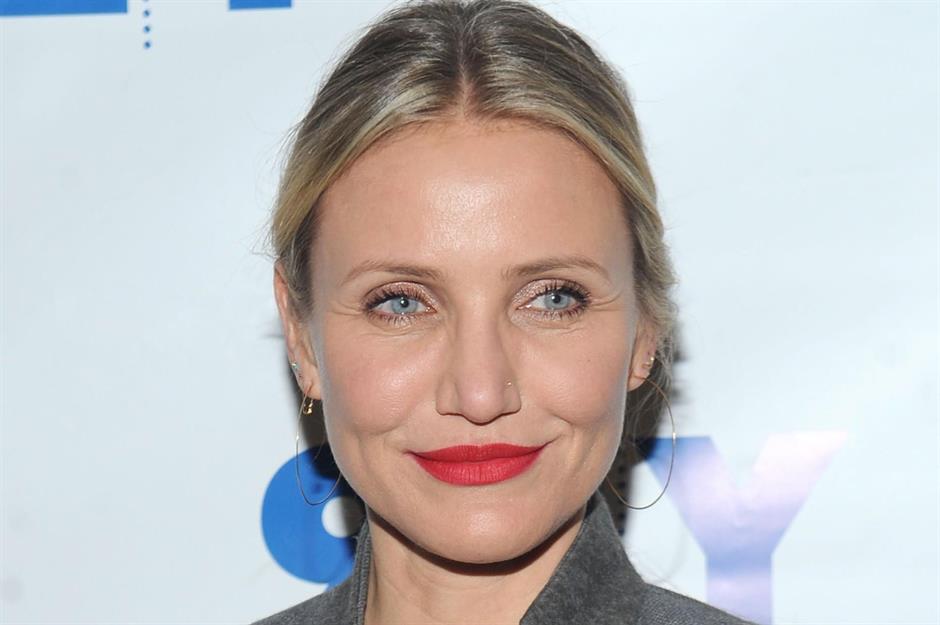 The star of blockbuster movies like Charlie’s Angels and Bad Teacher, Cameron Diaz was once ranked the highest-paid actress over 40 by The Hollywood Reporter. Despite her long-lasting success in the entertainment industry, Diaz officially retired from acting in 2014.

Since then, Diaz has branched into business, launching "clean" wine brand Avaline with fellow businesswoman Katherine Power. And that’s not all. Diaz has published two self-help books and further boosted her net worth by investing in a string of health and biotech start-ups, including Modern Acupuncture.

The former The Simple Life star has claimed that her "dumb blonde" persona was fake and all part of a clever ploy to get famous. And if Hilton’s business credentials are anything to go by, her plan worked.

In 2006, the hotel heiress launched her company, Paris Hilton Entertainment, which started out with 45 branded stores and 19 product lines, and made over $4 billion (£3bn) in revenues.

The multi-billion-dollar company has since rebranded as 11:11 Media and now covers media production, brand licensing, music, and NFTs. 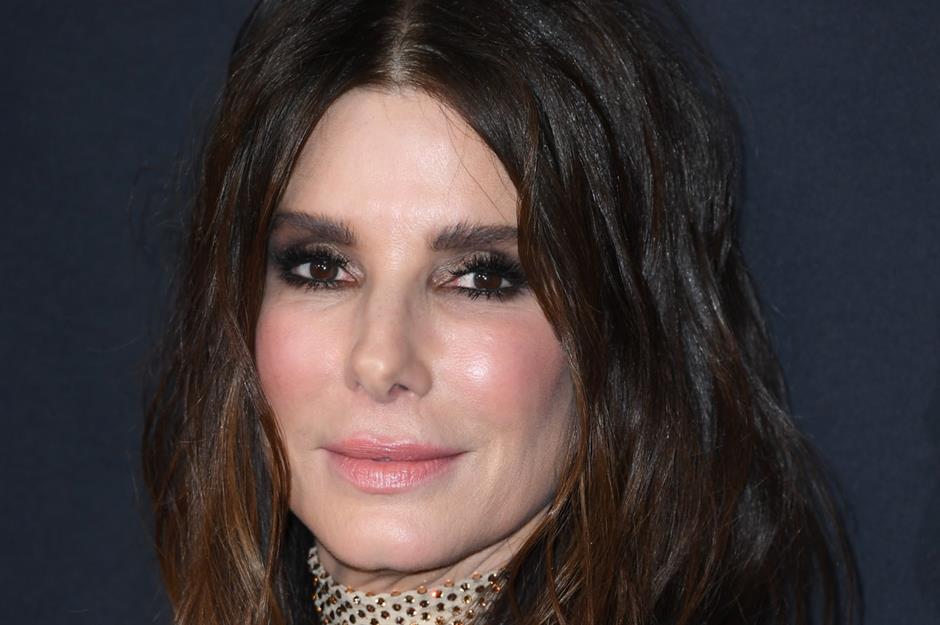 While promoting her new movie, The Lost City, in March 2022, Sandra Bullock announced that she was stepping away from the spotlight to focus on her family. She explained: "I take my job very seriously when I’m at work. I just want to be with my babies and my family 24/7. That's where I'm gonna be for a while".

While she has taken a hiatus from acting to focus on her two children, Bullock still has various business ventures to keep her eye on. This includes her Texas-based restaurant and market, Walton’s Fancy and Staple, which opened in 2009, as well as her production company, Fortis Films.

Founded in 1995, the company is behind several popular movies starring Bullock, including Miss Congeniality (2000) and Two Weeks Notice (2002).