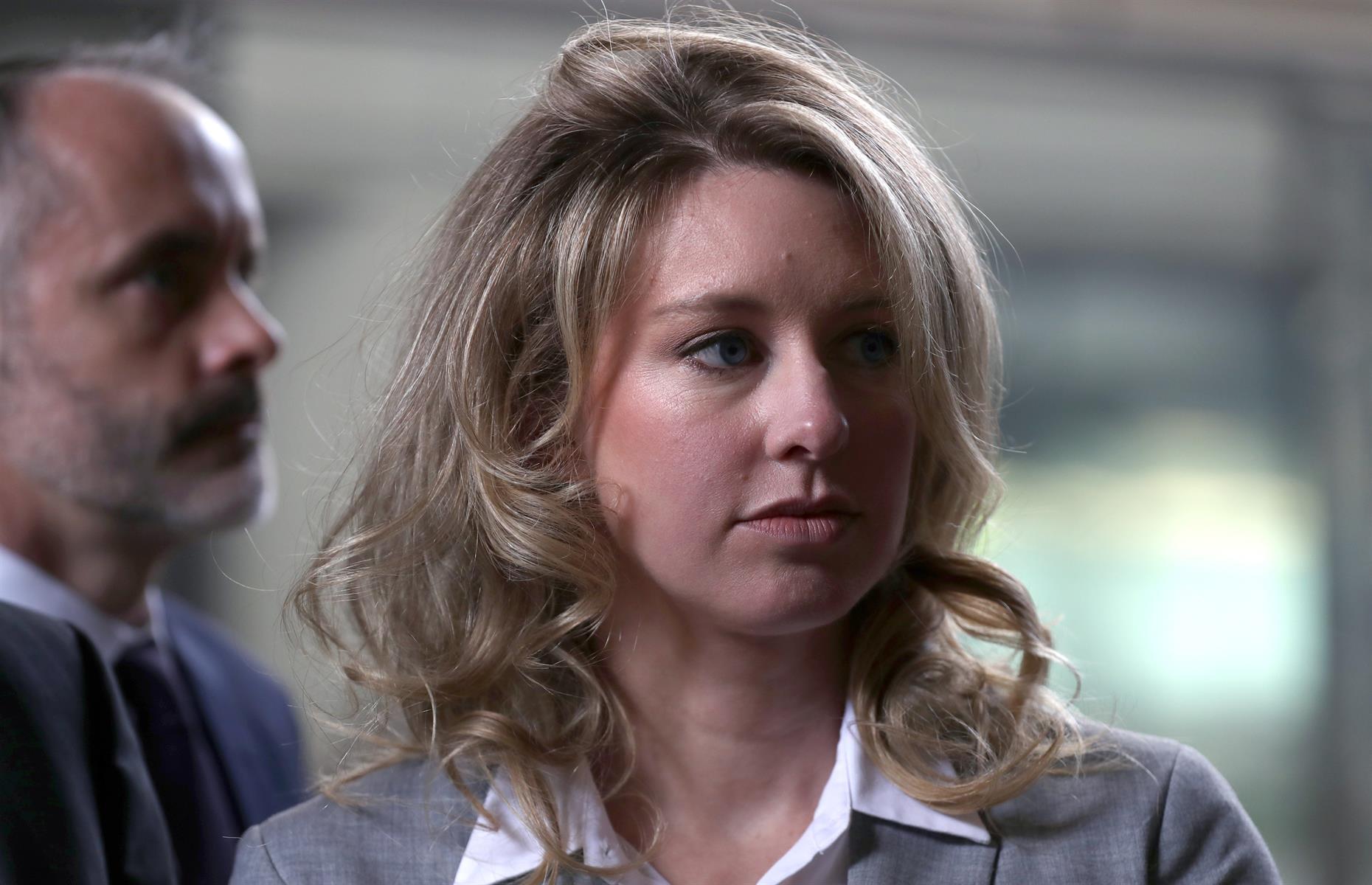 From Silicon Valley star to court

Elizabeth Holmes seemed to have it all. Once considered 'the next Steve Jobs', her shocking fall from grace has taken her from magazine covers to the courtroom, where she now faces the prospect of a jail sentence. But just where exactly did it all go wrong for the once-feted medical entrepreneur? As Holmes is found guilty on four counts in a trial that's gripped America and the world, and her business partner Sunny Balwani now starts a trial of his own, read on for her incredible story. 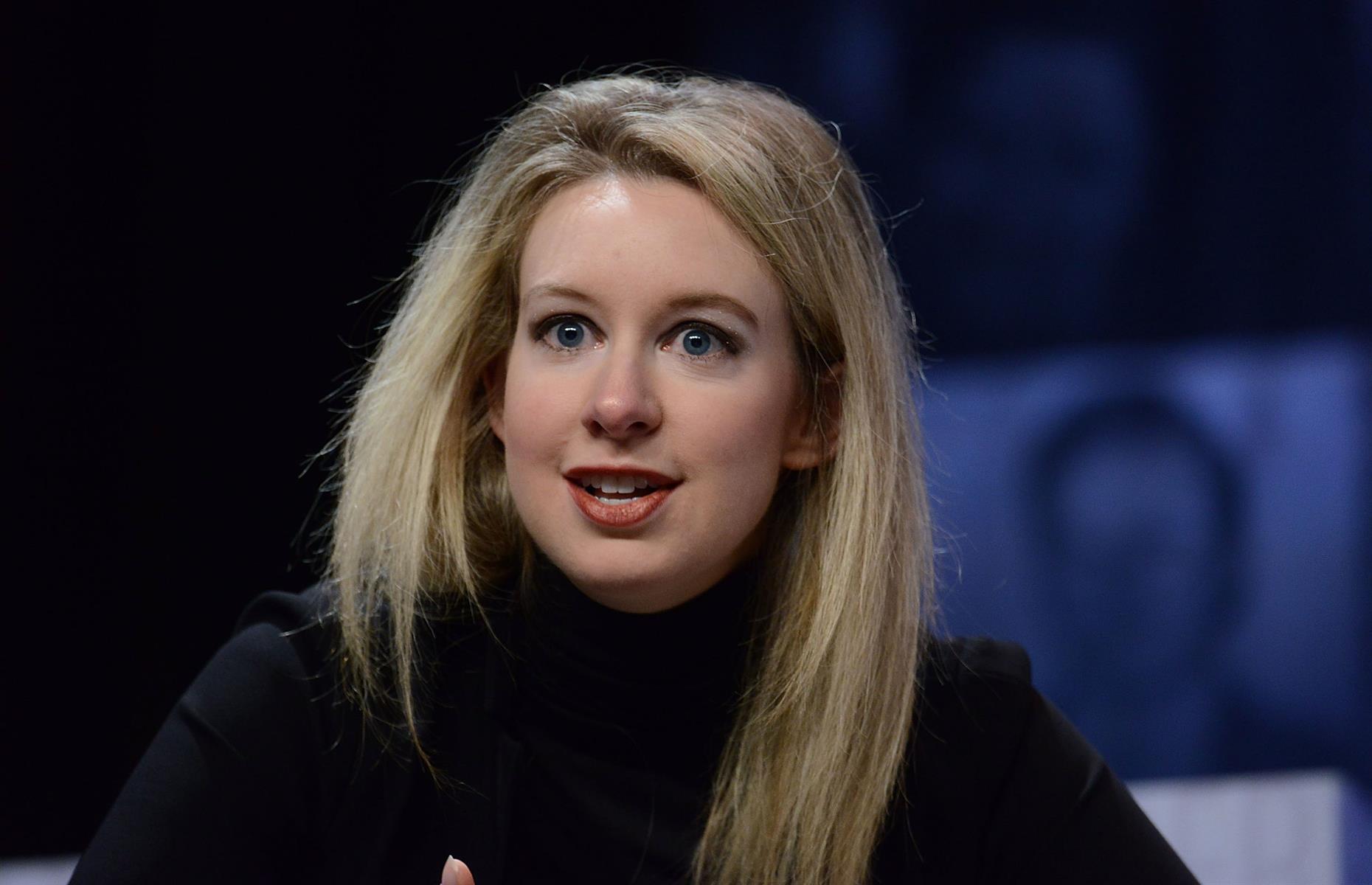 An entrepreneur is born

Elizabeth Holmes was born on 3 February 1984 in Washington DC. Her mother Noel was a Congressional committee staffer, while her father Christian was the vice president at energy company Enron. He later joined various government agencies, including the United States Agency for International Development (USAID) and the Environmental Protection Agency (EPA). 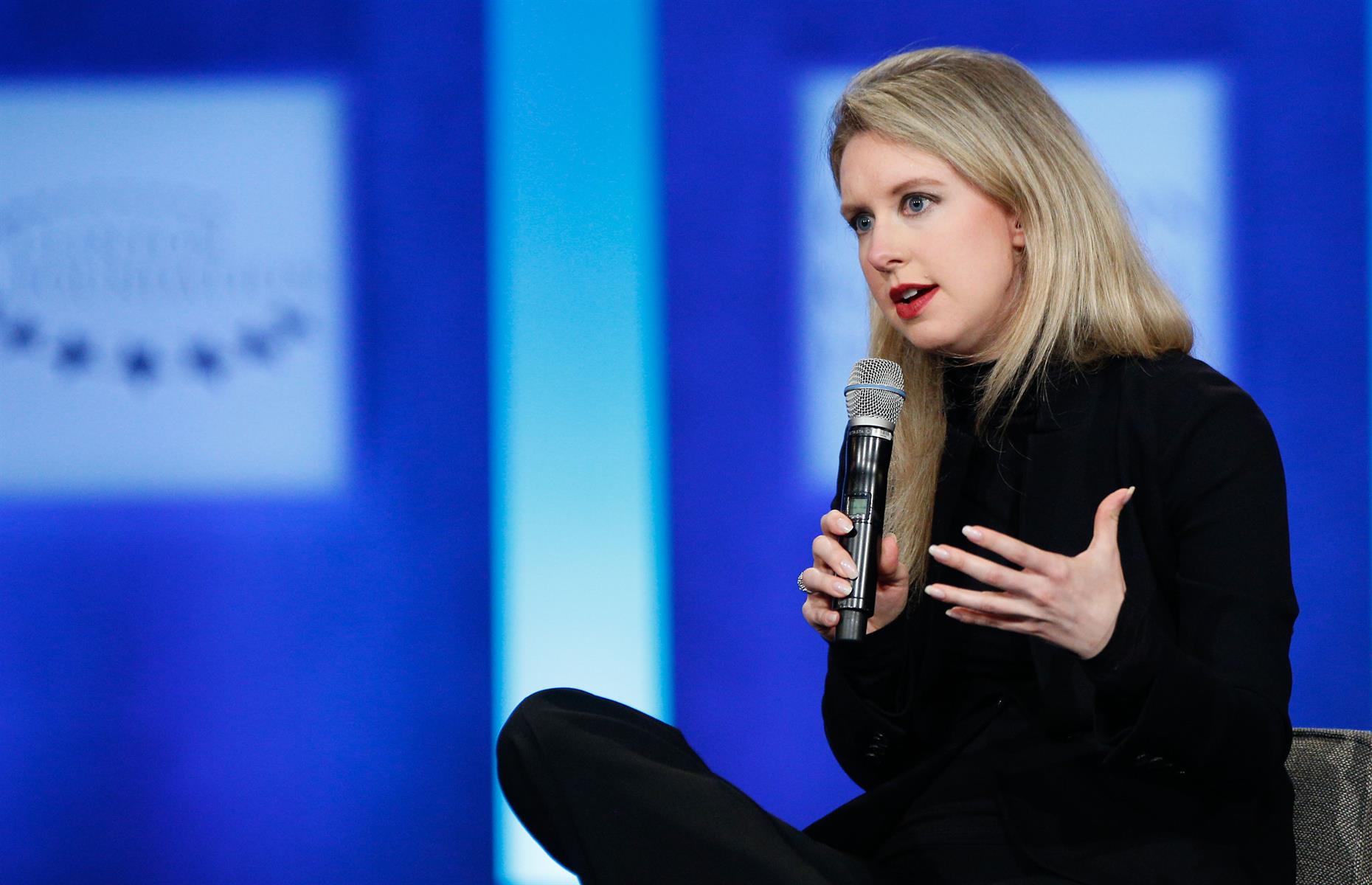 Holmes had big aspirations from a young age. While many nine-year-olds might want to be an astronaut or actor, Holmes told her family she wanted to be a billionaire. This determination apparently made her a very competitive child. Reports claim that when she played Monopoly with her family she would storm off in anger if she didn't win. According to Holmes herself, she wrote her father a letter at nine years old, saying that what she really wanted out of life "is to discover something new, something that mankind didn't know was possible to do." 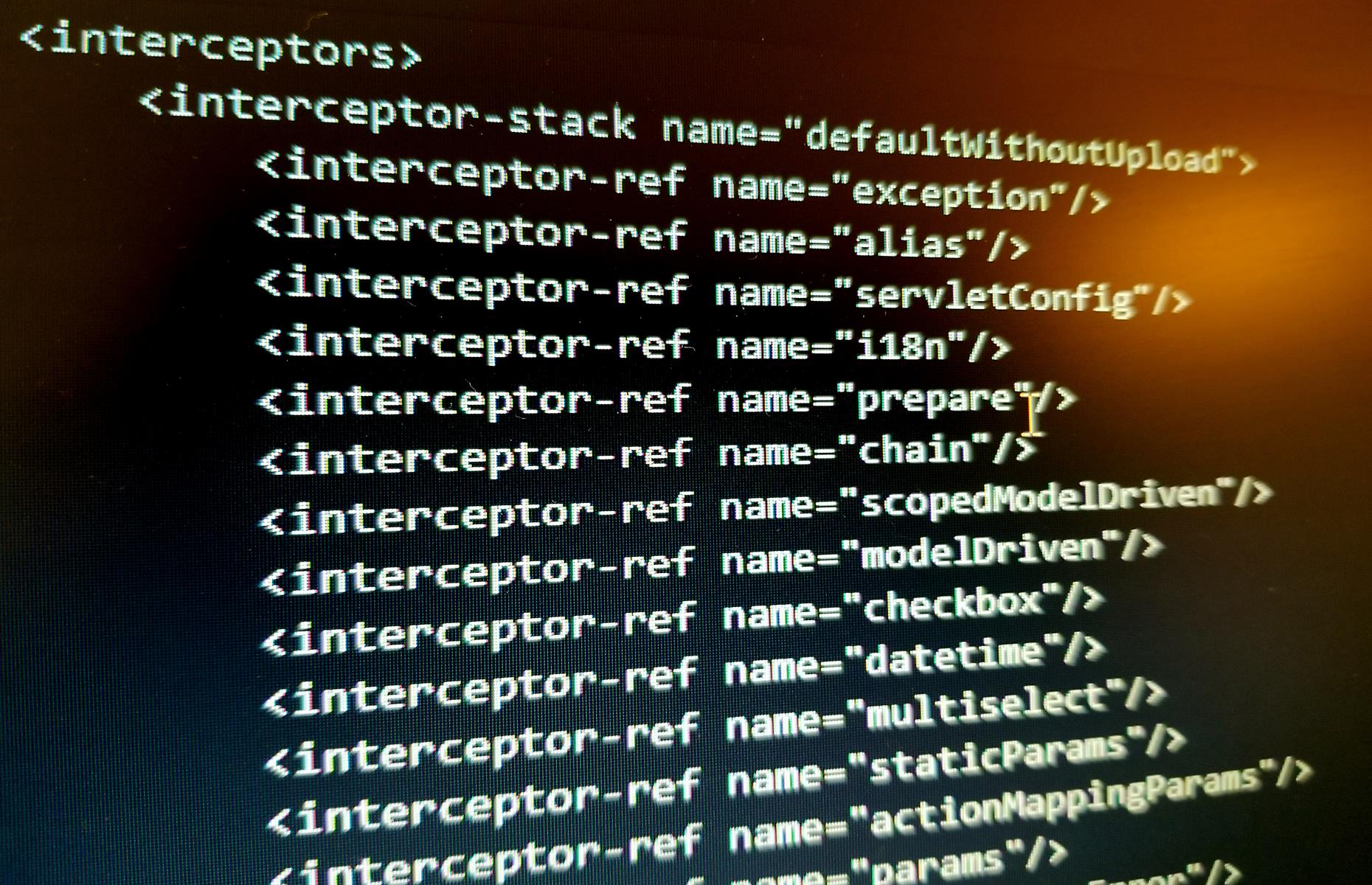 A taste for making money

When she wasn't studying, Holmes was developing her first business. At high school, she began to sell software that translated C++ computer code to Chinese schools and started learning Mandarin. After attending a summer Mandarin programme at Stanford University, Holmes joined the university as a chemical engineering student in 2002. She has since said that she was initially interested in pursuing a career in medicine, as her great-great-grandfather had been a surgeon. However, a life-long fear of needles apparently made this ambition impossible. 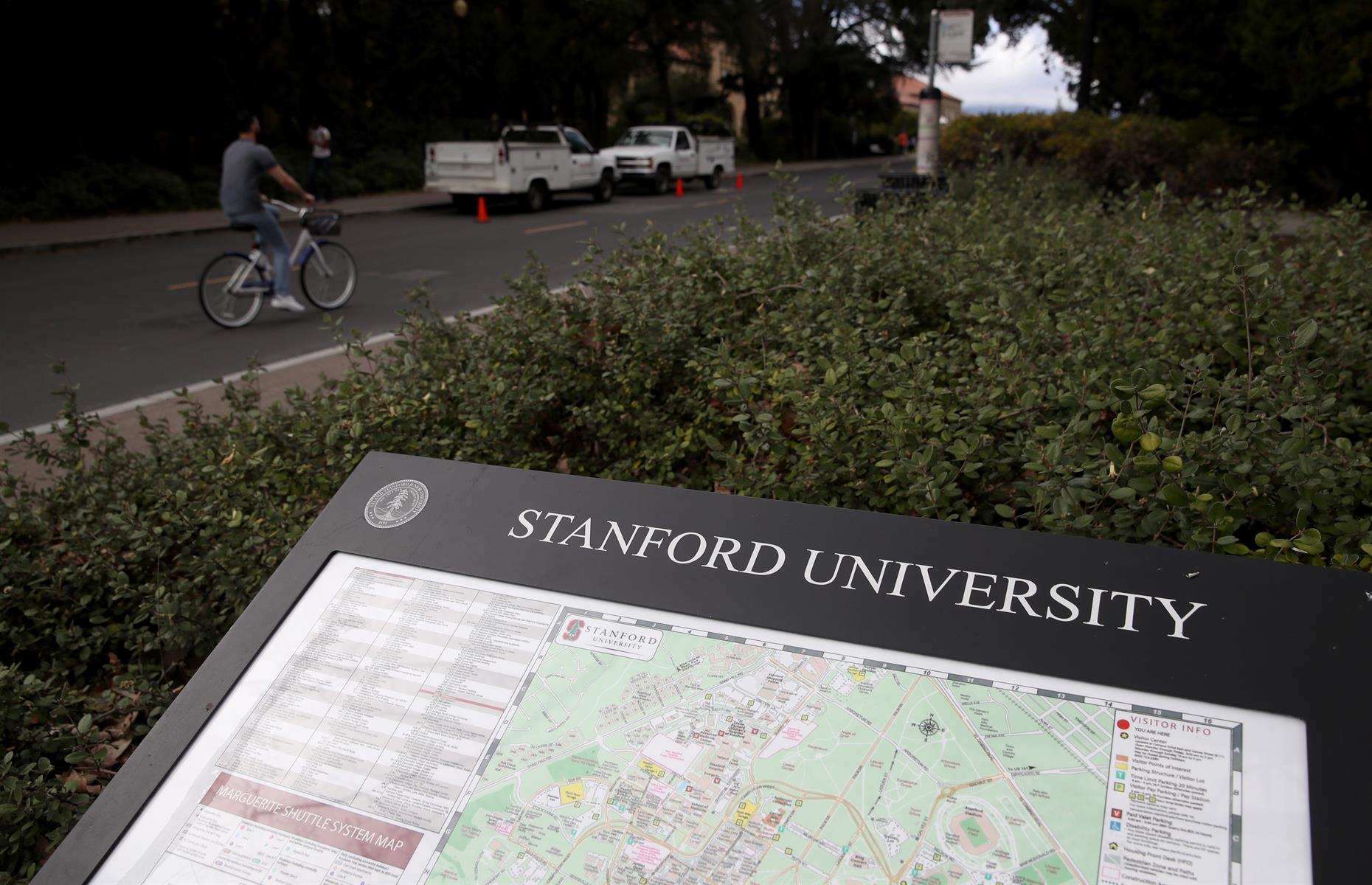 While at Stanford, Holmes decided that she couldn't wait any longer and told one of her professors, Channing Robertson, that she wanted to start a company. In 2003, she filed a patent for a wearable medical device that could administer medications and monitor the wearer's blood. She also launched Real-Time Cures, the company that would later become Theranos, before dropping out of Stanford in her sophomore year. The business name was initially, and perhaps prophetically, misspelled on early employee paycheques as Real-Time Curses. 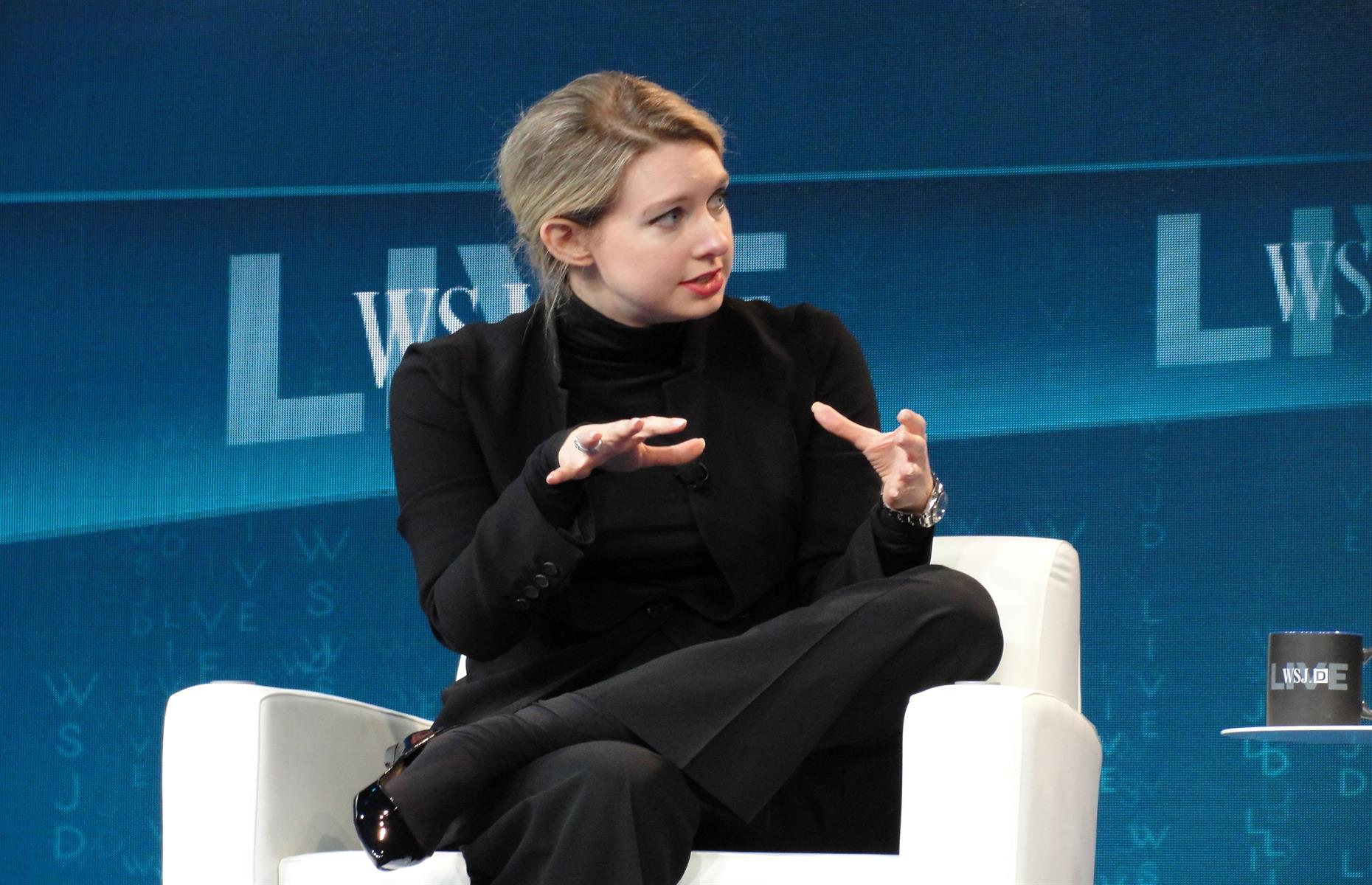 A star on the rise

Holmes chose the name Theranos as a portmanteau of 'therapy' and 'diagnostics'. Her business model was based on the idea that Theranos could use its technology to detect medical conditions from a small sample of blood, enabling patients to forego invasive blood tests in favour of simple fingerpricks. 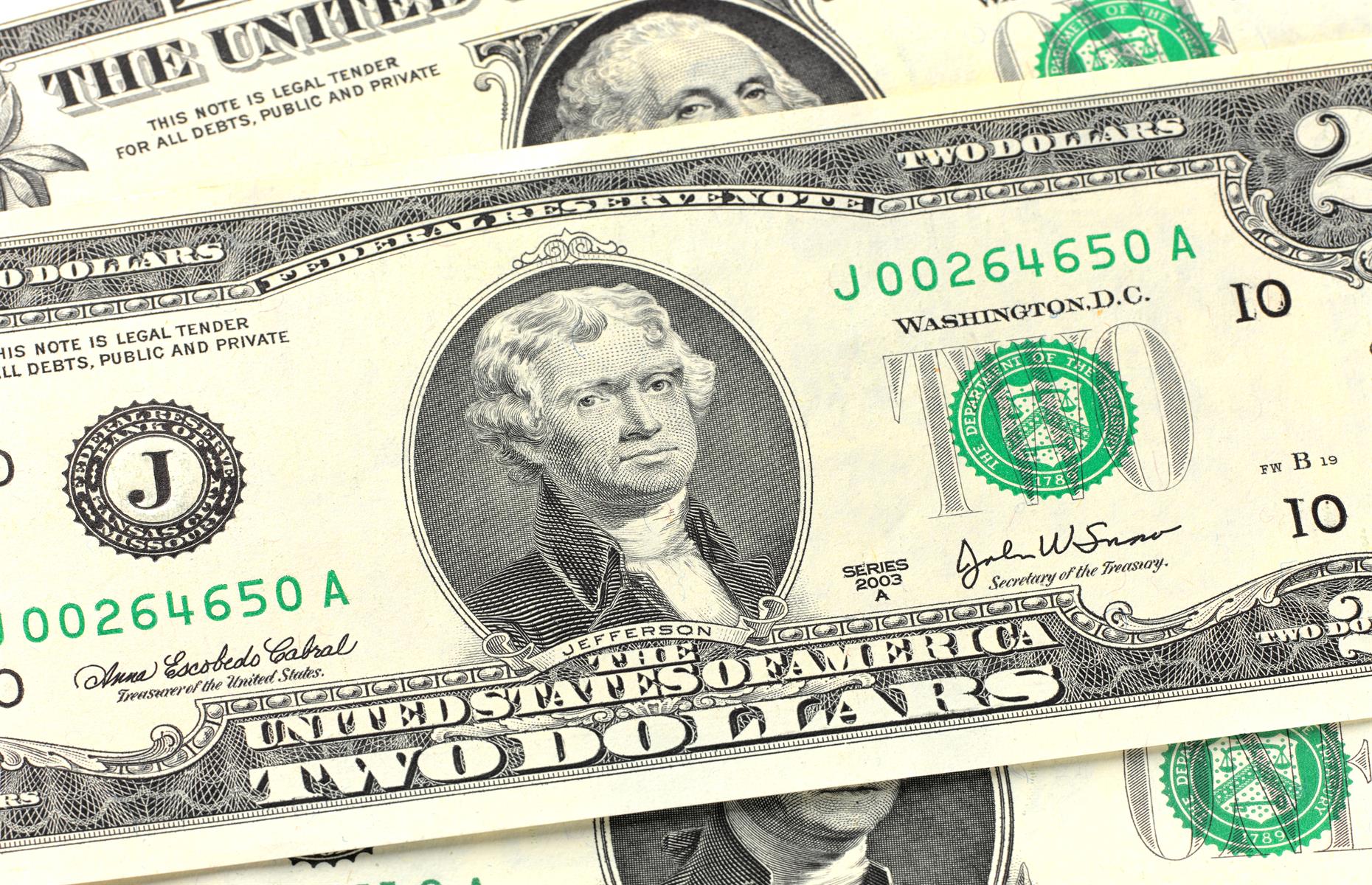 Time to make some money

Holmes had a business model but now she needed money. She began raising cash by seeking out investors, attracting high-profile names such as venture capitalist Tim Draper, media mogul Rupert Murdoch, and even the Walton family of Walmart fame. According to the New Yorker, she had raised $6 million (£4.36 million) by December 2004. One of the conditions of investing was that Holmes would never have to reveal how her technology worked. 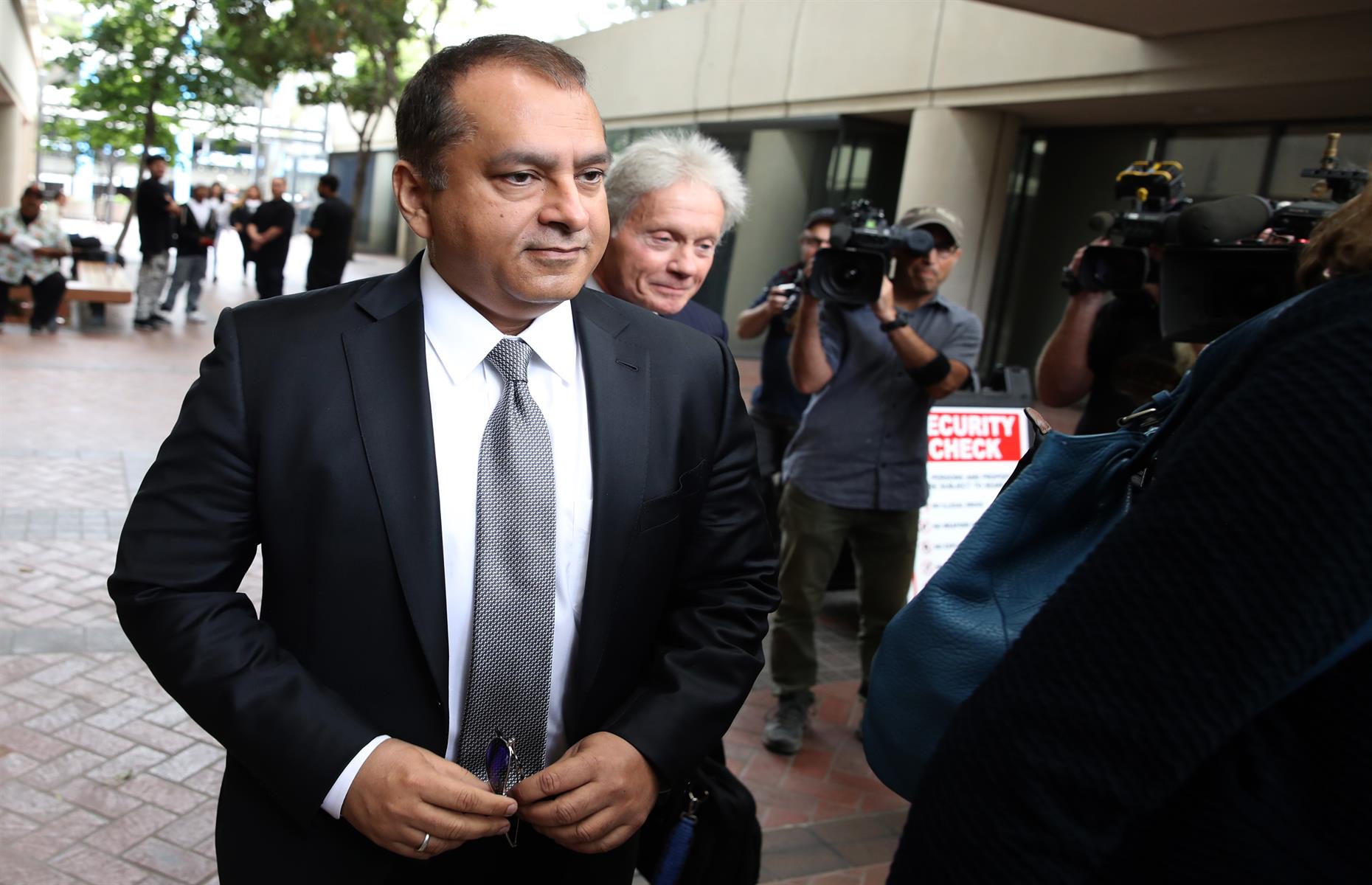 During this time, Holmes began a secret relationship with Ramesh 'Sunny' Balwani, a former Microsoft employee who joined Theranos as its president and chief operating officer (COO) in 2009. They first met when Holmes was 18 and Balwani was 37 and were living together from 2005 onwards. Neither told investors about their relationship.

Keeping secrets became a hard company line at Theranos. Outside of the company, very little was known about the technology it was developing. In fact, Holmes was so obsessed with keeping things in-house that she sued multiple ex-employees for 'misusing' trade secrets. Another former employee has also claimed that Holmes' distinctive baritone voice, which she used when giving interviews, was an act.

Before the company was publicly unveiled, Theranos – which was operating in stealth mode – brokered a deal with US pharmaceutical giant Walgreens. Holmes announced the partnerships in 2013, bringing Theranos to the public's attention for the first time. Walgreens opened Theranos testing centres in more than 40 stores across Phoenix, Arizona and Northern Carolina. According to the Chicago Tribune, the pharmacy chain had invested around $140 million (£102 million) in the technology. 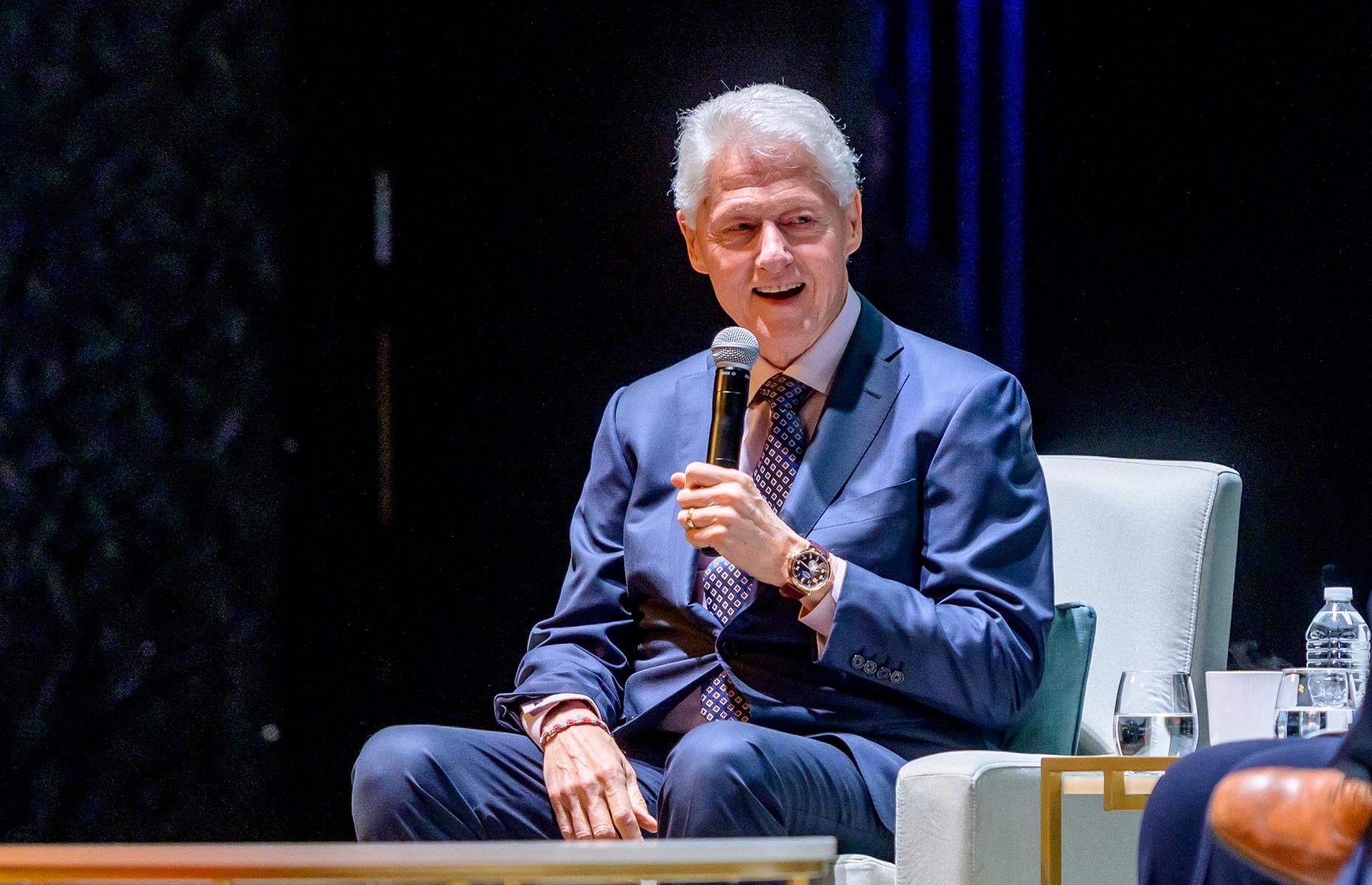 Despite the lack of information, Theranos was bringing in millions of dollars in funding and Holmes was quickly making a name for herself in the tech world. She became a celebrity of sorts, featuring on the cover of Forbes and appearing on panels with the likes of Alibaba founder Jack Ma and even Bill Clinton. Many people noted that Holmes had begun to model herself on Steve Jobs, wearing a uniform of black turtleneck sweaters. An article in Vanity Fair claimed that Holmes kept the temperatures low in her Palo Alto office, enabling her to wear the turtlenecks all year round. 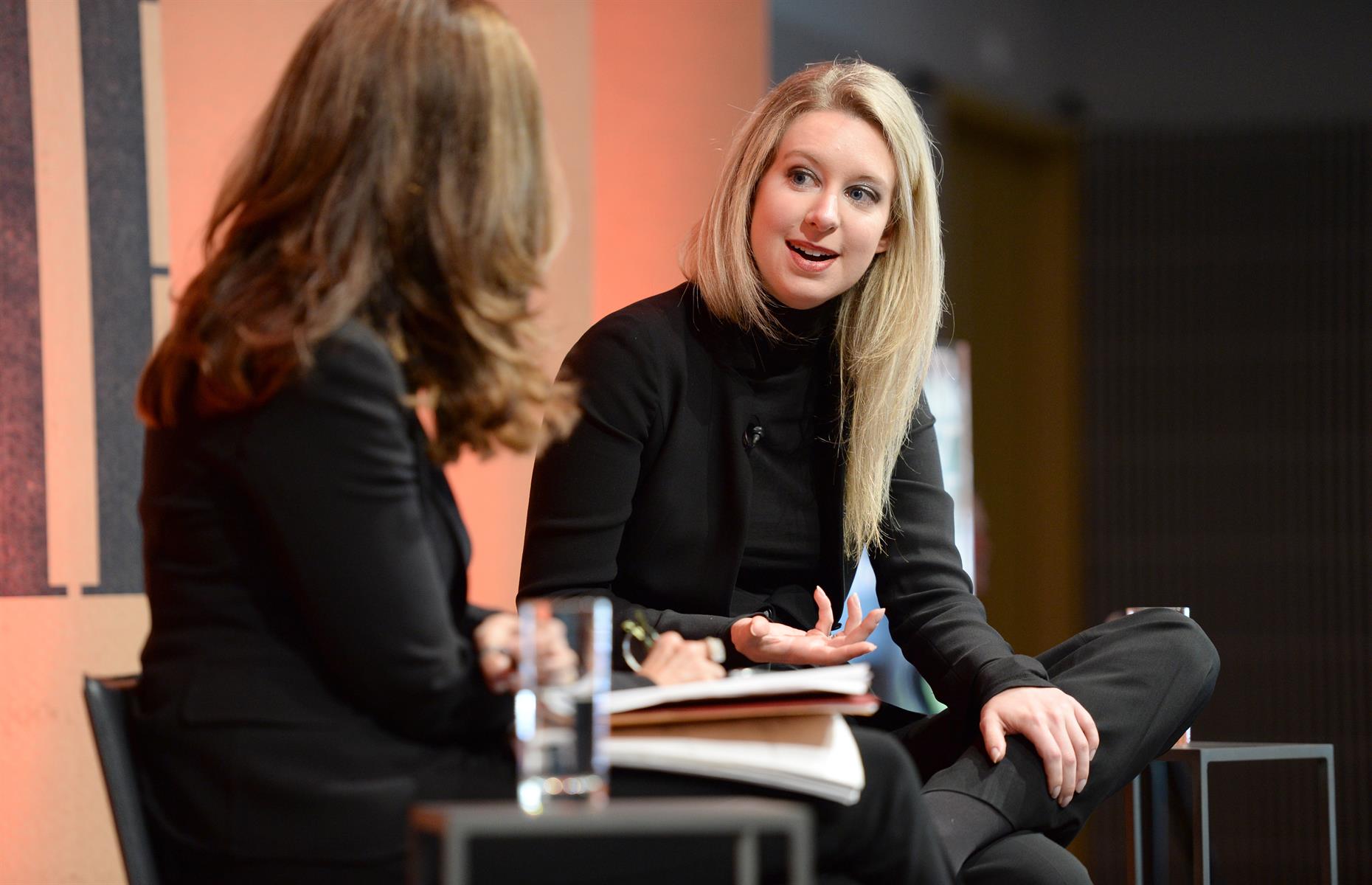 In 2015, Elizabeth Holmes was lauded as the world's youngest self-made female billionaire by Forbes. However, red flags were also beginning to emerge. As her profile became greater than ever, people began asking questions, from investigative journalists to disillusioned Theranos employees. The company's chief scientist Ian Gibbons even reportedly warned Holmes that their much-touted technology wasn't ready for use yet.

The beginning of the end

In a 2015 interview with the Wall Street Journal, Holmes claimed that Theranos was regulated by "everybody", specifically the American Centers for Medicare and Medicaid Services (CMS) and the US Food and Drug Administration (FDA). The beginning of the end came in October that year, when Wall Street Journal reporter John Carreyrou published a damning investigation into Theranos' inadequate technology. He found the company was well aware of its problems, and so had been running patient samples through third-party testing facilities. 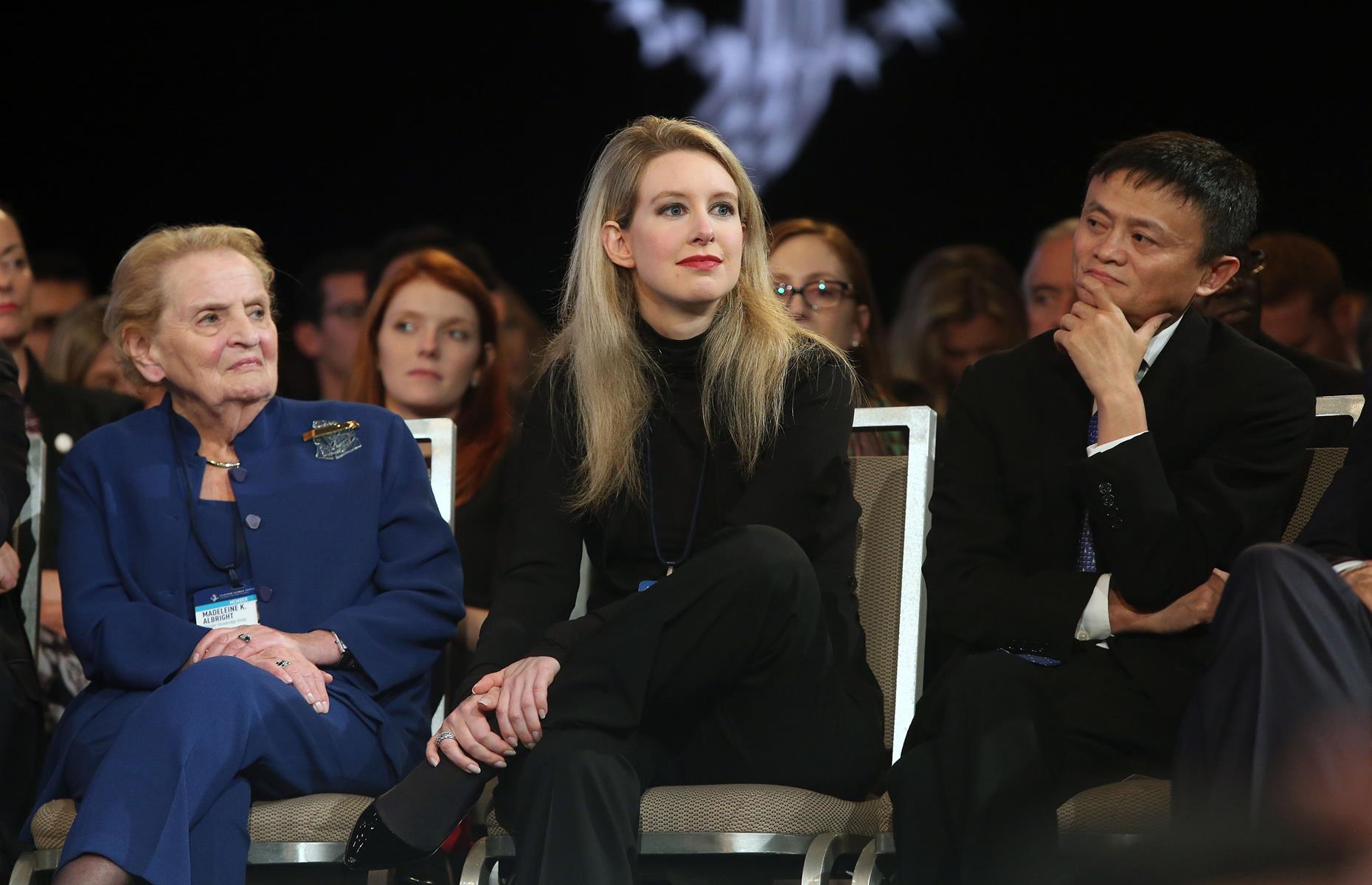 Despite claiming they were already FDA approved, Holmes and Theranos caught the attention of the FDA again after the publication of Carreyrou's article. The regulator swiftly launched its own investigation into the company. It concluded that there were "major inaccuracies" in the testing that the company was carrying out across the country. According to later reports, the tests gave false medical results to thousands, including one man who was told he had prostate cancer, two people who received HIV diagnoses, and a pregnant woman who was warned she had miscarried. 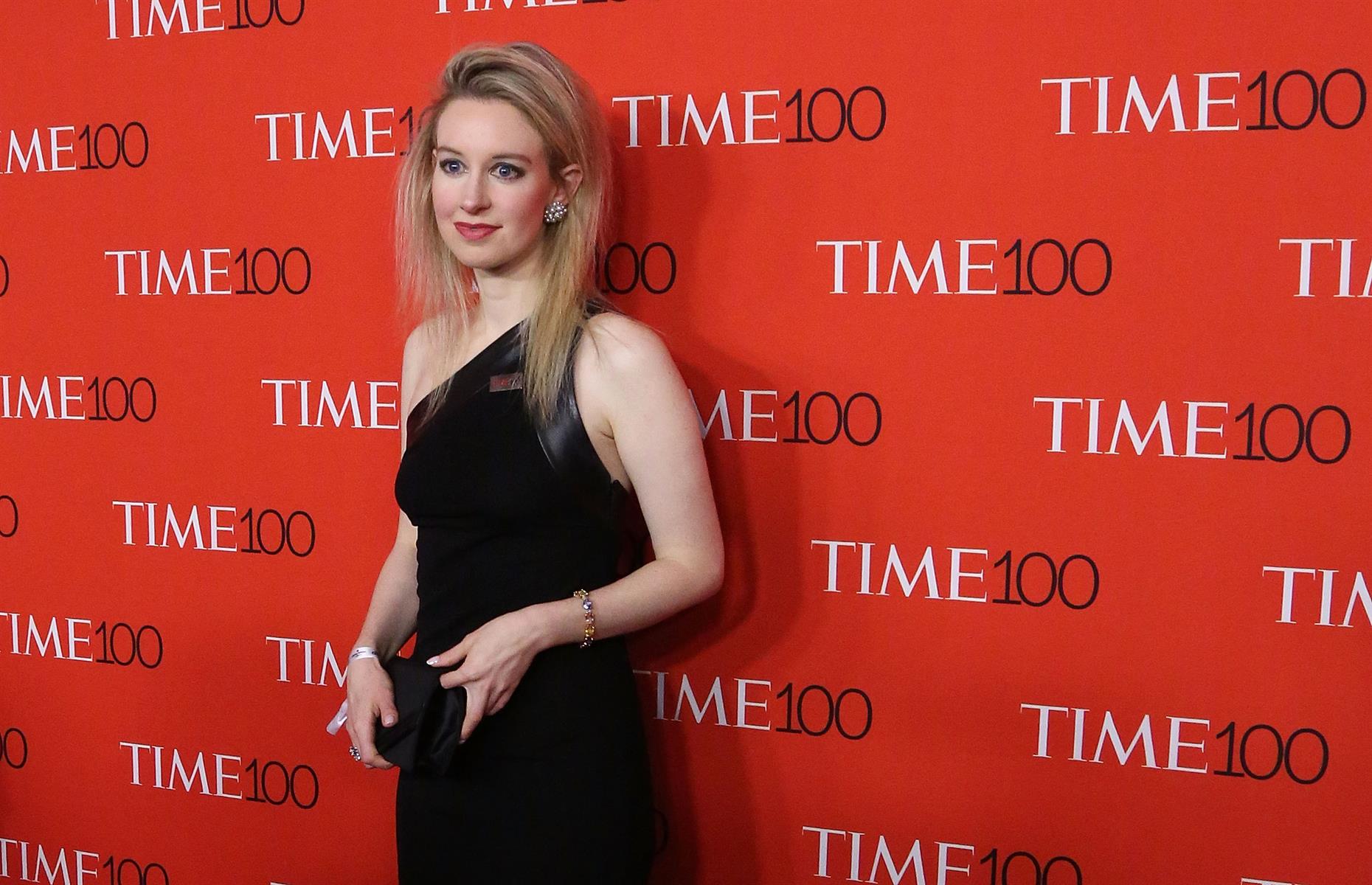 Holmes began the process of damage control and made numerous media appearances, during which she rejected the Wall Street Journal's claims. In one televised interview, she said: "This is what happens when you work to change things. First, they think you're crazy, then they fight you, and then all of a sudden you change the world." However, by the end of the year, numerous regulators had launched investigations into Theranos' activities. 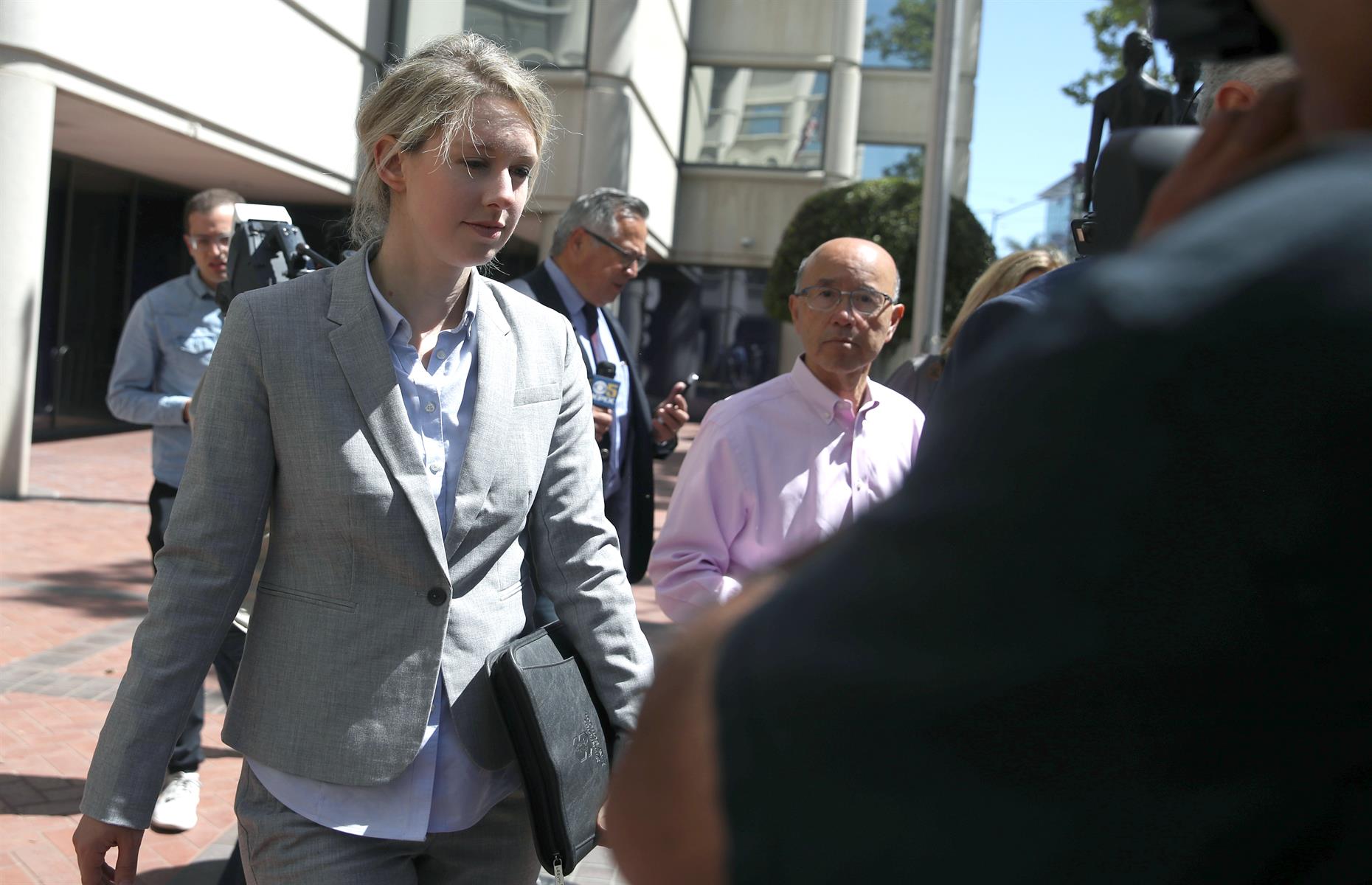 Bans start to come in

In July 2016, Holmes was banned from the lab-testing industry for two years and Theranos was forced to close its testing laboratories and clinics. In March 2018, the Securities and Exchange Commission (SEC) charged Holmes and Balwani with "raising more than $700 million [£508m] from investors through an elaborate, years-long fraud". Holmes was forced to give up voting and financial control of her company, return her Theranos shares, and pay a $500,000 (£363,000) fine. 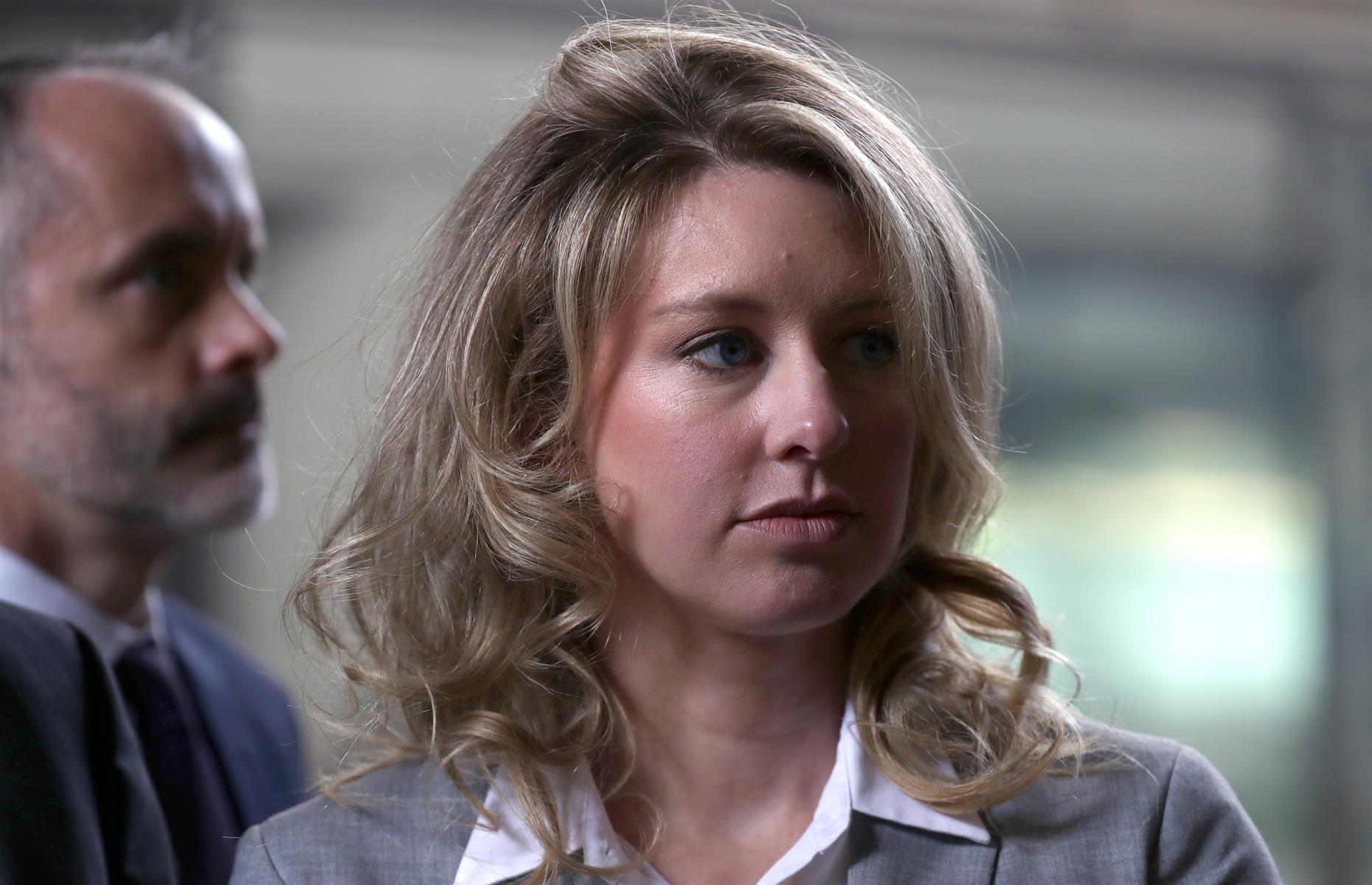 Holmes steps down as CEO

In June 2018, Holmes and Balwani were indicted by a federal grand jury on two counts of conspiracy and nine counts of wire fraud. They were found to have "engaged in a multi-million dollar scheme to defraud investors, and a separate scheme to defraud doctors and patients." Holmes stepped down as CEO of Theranos but remained on the company's board.

After months of failing to find a buyer, Holmes and Balwani informed Theranos investors that the company was shutting down for good in September 2018. They laid off all their employees (around 700 of them, according to the New Yorker) and any equity investments in the once-formidable tech giant were now worthless. Forbes, which had previously listed Holmes' net worth as $4.5 billion (£3.3 billion), quickly changed this number to $0.

In March 2019, a tell-all documentary called The Inventor: Out For Blood In Silicon Valley was released by HBO. The documentary claimed that Holmes built Theranos on a lie and all her talk of changing the world was nothing but "smoke and mirrors".

Holmes and Balwani's cases have been separated. Her federal trial began in September, having been rescheduled twice: first due to the coronavirus pandemic, and then because Holmes was pregnant. She had married Billy Evans, heir to the Evans hotel chain, in 2019. Both Holmes and Balwani could face up to 20 years in prison, as well as fines of $250,000 (£181,600) plus restitution for each felony count, if they are convicted. 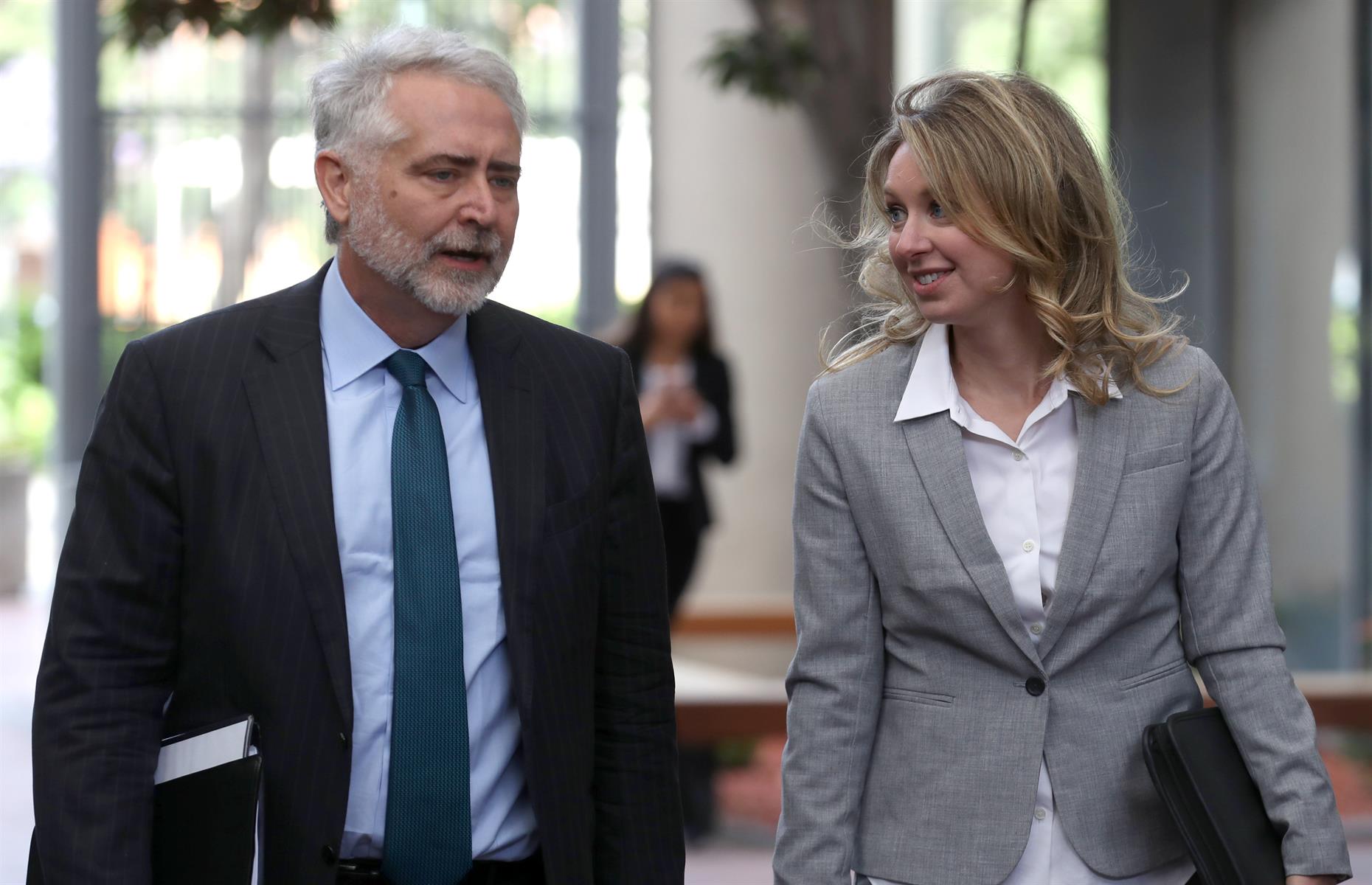 Before the trial began, unsealed court documents from 2020 alleged that Holmes' judgement was impaired during a decade of "emotional and sexual abuse" at the hands of her ex-boyfriend. The unsealed documents claimed that Balwani controlled what Holmes ate, when she slept, how she dressed, threw sharp objects at her, and monitored her text messages and emails over the course of their relationship. Balwani has denied all of the abuse allegations made against him.

At the start of the rescheduled trial, proceedings were disrupted again. In September last year, the trial was suspended for one day after a juror was potentially exposed to COVID-19. Later, on 6 October, one of the jurors was dismissed after she admitted that her Buddhist principles would make it difficult for her to send Holmes to prison, meaning a replacement juror had to be found.

Former Theranos lab director Adam Rosendorff (pictured), who resigned in 2014, testified for a lengthy six days in October. Considered a key witness, he claimed that he was under "tremendous pressure" to show the technology worked and that Holmes rolled out testing devices despite being told there were problems. But not all of the evidence was straightforward. Holmes' attorneys confronted Rosendorff with a series of emails written by Holmes, which show her discussing issues that the director claimed she ignored. 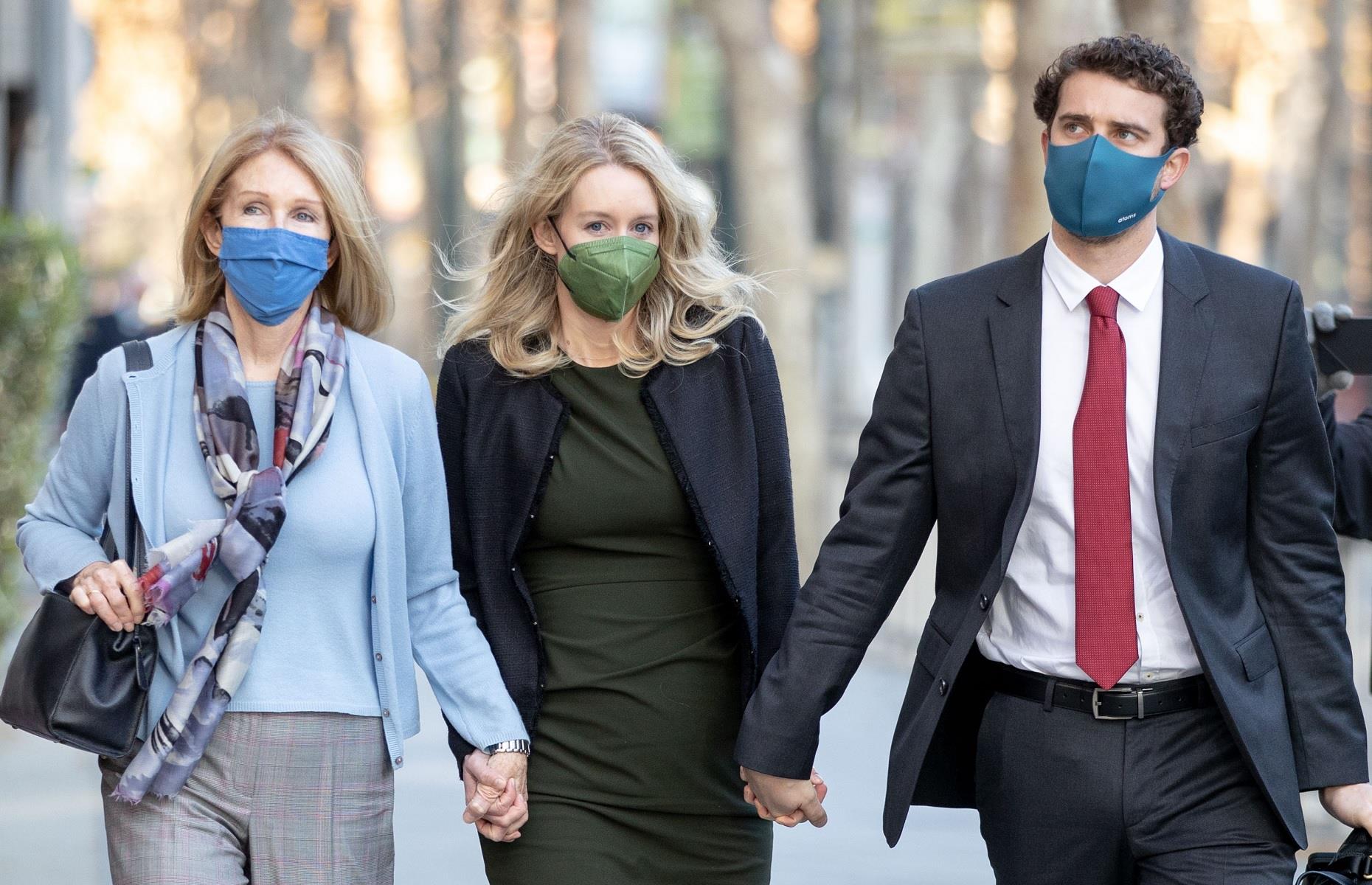 On 8 December, Holmes finished her own testimony after a week in the stand. As the unsealed court documents suggested, she publicly accused Balwani of abusing her during their relationship. She also claimed she didn't tell investors that Theranos used third-party machines because she wanted to protect the "trade secrets" of the company. During her cross-examination, attorneys noted that Holmes appeared to have a "selective memory" of events at Theranos and was keen to pass the blame, even though responsibility ultimately lay with her as the CEO, a claim that Holmes didn't deny. 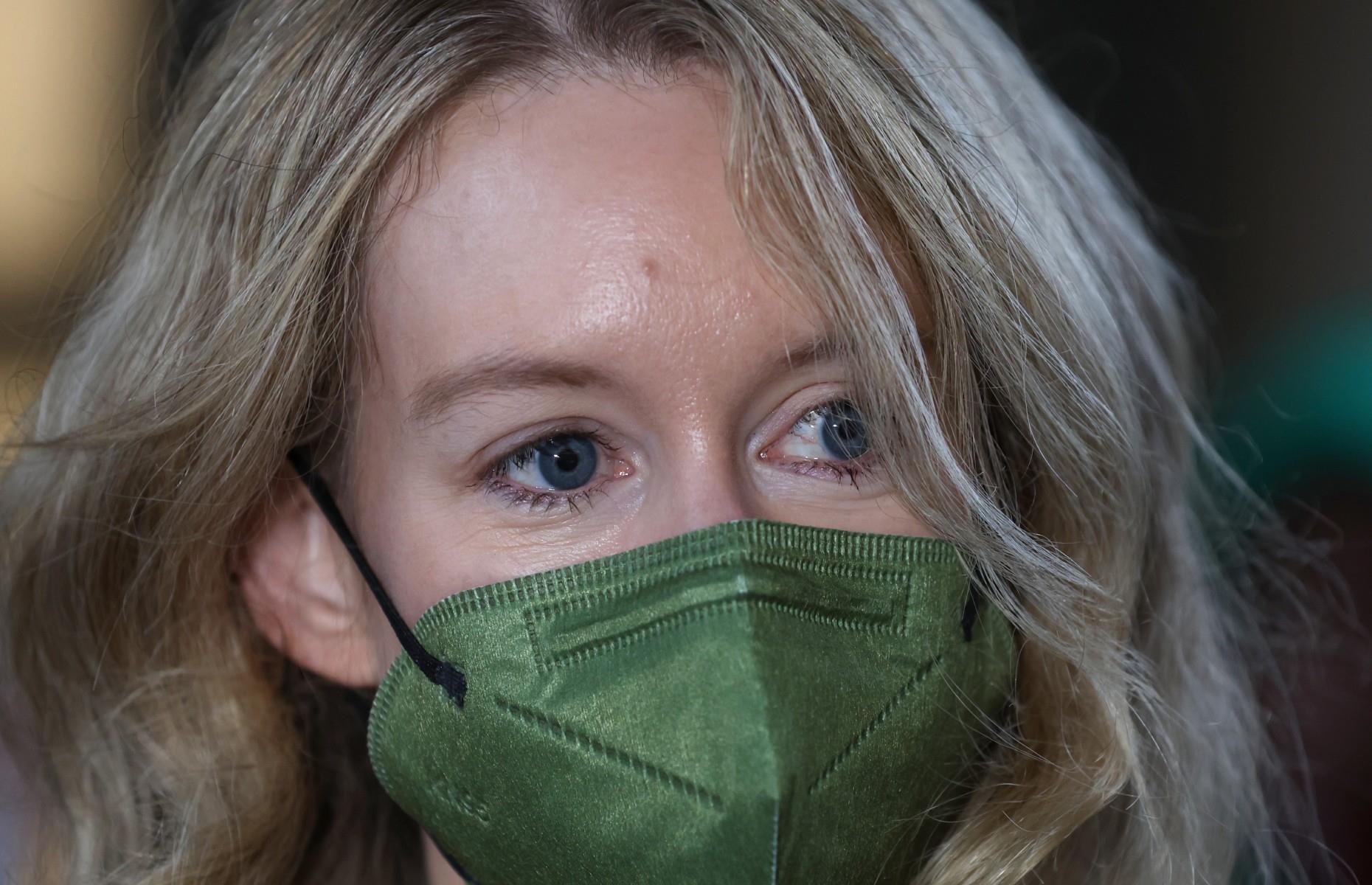 On 3 January, jurors found Holmes guilty of conspiracy to commit fraud against investors and three counts of wire fraud. She was found not guilty on four counts of conspiracy to deceive the public and the jury couldn't reach a verdict on three other charges. She could now face 20 years in prison. 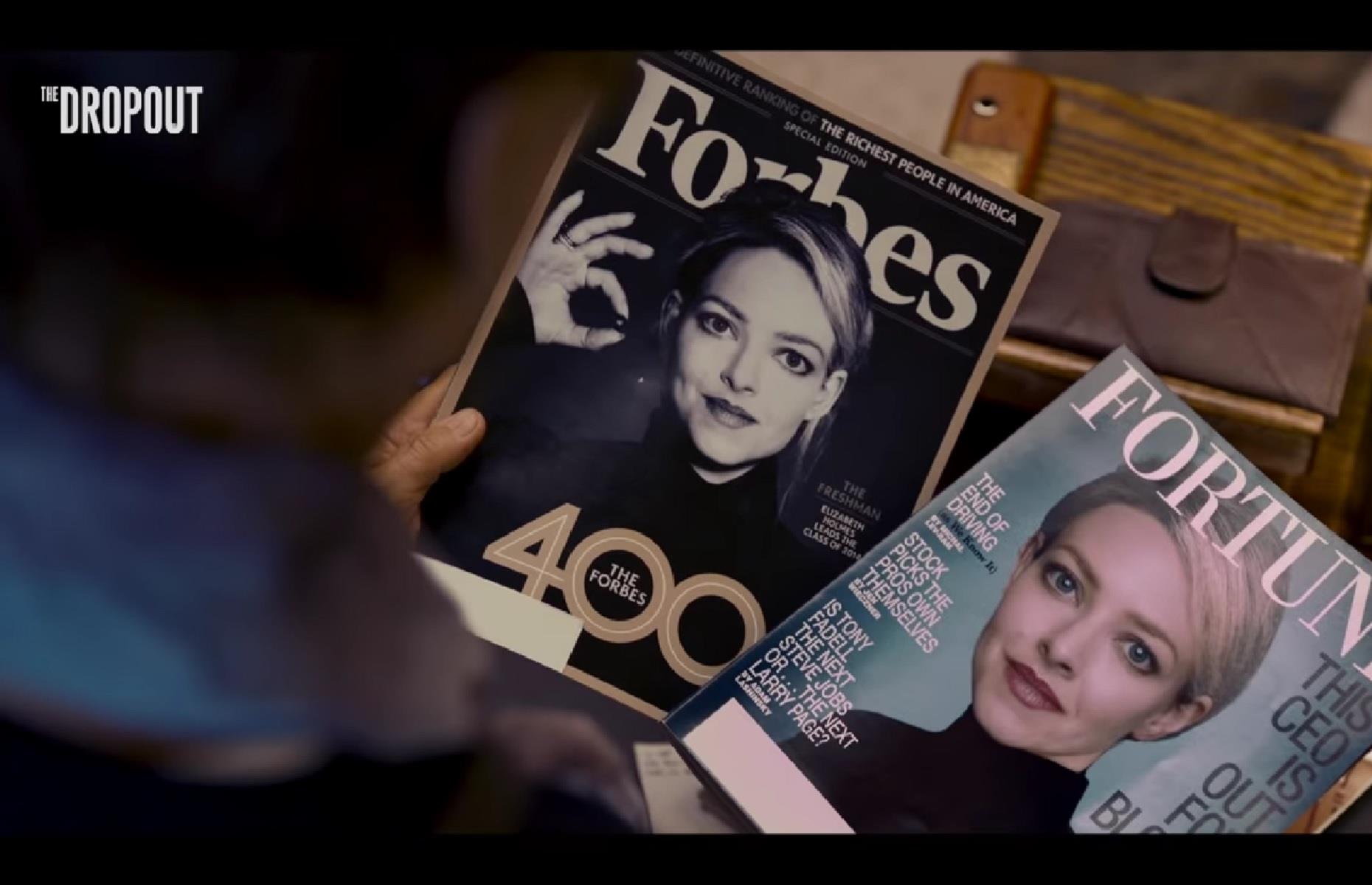 Sunny Balwani's trial began on 22 March, just a few weeks after the TV series The Dropout started airing on Hulu. The series, which stars Amanda Seyfried as Holmes and follows "the unbelievable true story" of Theranos, portrays Balwani as a manipulative partner who pushes Holmes into deceiving her investors. So far, two members of the jury have been dismissed for watching The Dropout, which they believed had made it difficult for them to be unbiased.

Although Balwani's trial was separated from Holmes', it's expected that many of the same witnesses will be called upon to testify and some of the same evidence will be used, including text messages sent between the couple during their relationship. Whatever the verdict, it's clear this sensational Silicon Valley story is set for a dramatic conclusion.

Now read about bankrupt bilionaires who lost it all