People who wiped a fortune off the value of companies

While building a company from the ground up can take years of hard work, it can take minutes for it to all come crumbling down. From celebrities to CEOs, click or scroll through as we take a look at the people who have managed to wipe huge fortunes from some of the world's biggest companies – sometimes inadvertently – as a consequence of their behaviour. All dollar values in US dollars.

Gerald Ratner inherited a chain of struggling British jewellery stores and turned Ratner's into a £1 billion ($1.39bn) enterprise. His meteoric rise to success led to him being invited to speak at the prestigious Institute of Directors in 1991. During his speech he labelled his products as "total cr*p" and his elitist remarks hit UK newspaper front pages the next day. Ratners Group lost £500 million ($692bn) in value overnight, leading to Ratner being fired.

Back in 1997, David Beckham signed a deal worth $6 million (£4.3m) to become the face of hair product Brylcreem. He was a huge star at the time so it was a big win for the company. However, its bosses made the mistake of failing to stipulate how long the footballer's hair needed to be in his contract. This meant that when Beckham decided to shave his head towards the end of his contract the company couldn't complain, even though sales of Brylcreem reportedly dropped 25%.

Getty / Johnny Hanson
Energy company Enron's downfall happened alarmingly fast. Many lay blame with CEO Jeffrey Skilling, whose erratic outbursts shed light on the company's questionable activities. In April 2001, he famously called an interviewer an "a**hole" after being asked why Enron hadn't released a cash flow statement. Media scrutiny intensified, and it led to a discovery that the company had lied about its profits. Within the year its shares went from being worth $90 (£65) to just $0.26 (£0.19).

Getty / Mike Ehrmann
Tiger Woods' world crumbled around him after allegations about extra-marital affairs hit headlines in 2009. At the time, the golfer had sponsorship deals with brands including Gatorade, AT&T and Gillette. Despite immediately dropping him, Tiger's fall from grace was estimated to have cost the shareholders of these brands as much as $12 billion (£8.66bn), according to experts at the University of California.

British fashion chain Topman's former brand chief sparked controversy in 2012 when he felt the need to insult the retail giant's entire customer base during an interview. David Shepherd labelled customers of the company's clothes "hooligans," and suggested the only time they would wear a suit would be to their "first court case". The resulting media attention in the UK sparked by the unfortunate remarks sent the company's shares tumbling by nearly 5%.

Getty / Scott Olson
In 2013, hackers broke into the official Twitter account of the Associated Press. A tweet was then made that claimed two bombs had exploded at the White House, and that Barack Obama had been injured. In response to the news that the then-President was supposedly harmed, more than $136 billion (£98bn) was wiped from the US stock market in mere minutes.

Martin Shkreli was the CEO of Turning Pharmaceuticals in 2015 when his company hit headlines. He purchased the life-saving drug Daraprim and hiked the price from $13.50 (£9) to $750 (£544) a tablet. It proved hugely controversial as there was no good alternative, leaving vulnerable patients at risk. His passive-aggressive social media response sealed his fate as labelled his critics "morons". The incident put the spotlight on "pharmaceutical greed" and the Nasdaq Biotech Index tumbled 4.4%. 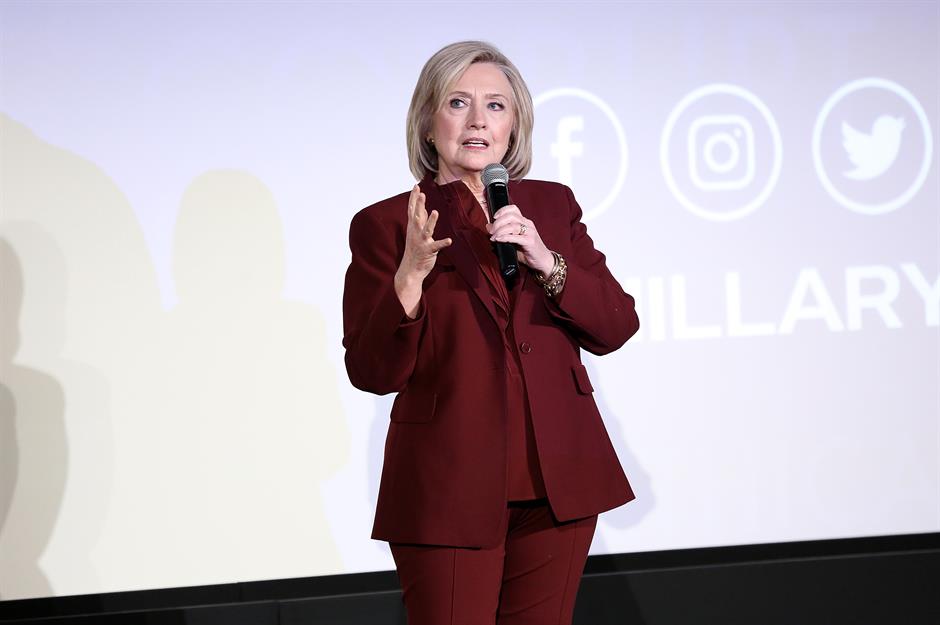 The Turning Pharmaceutical controversy sparked then-US presidential candidate Hillary Clinton to reveal on Twitter that she had a plan to stop "price gouging" within the drug industry. Her remarks spooked investors and stock markets tumbled again, with the Nasdaq Biotech Index dropping a further 6.6% as a result. However, their fears turned out to be unwarranted as it was eventually Donald Trump that made it into the Oval Office.

Getty / Jason LaVeris
In 2015, long-time Subway brand ambassador Jared Fogle was convicted of possessing child pornography and other crimes. It was a huge blow for the brand, which had become synonymous with the weight loss advocate who claimed their sandwiches helped him lose more than 200 pounds. As a result, Subway revealed its sales had dropped 3% for the year, despite the chain opening up 778 new stores.

Getty / SOPA images
Author Eric Van Lustbader told his Twitter followers in 2016 that his editor had ended up being "deathly ill" after eating at a Chipotle restaurant. The company's stock fell 3.5%, losing around $300 million (£217m) after his claims went viral, and some alleged the writer had purposefully tried to disparage the chain. However, he adamantly denied such accusations and insisted he was just discussing his colleague's health. 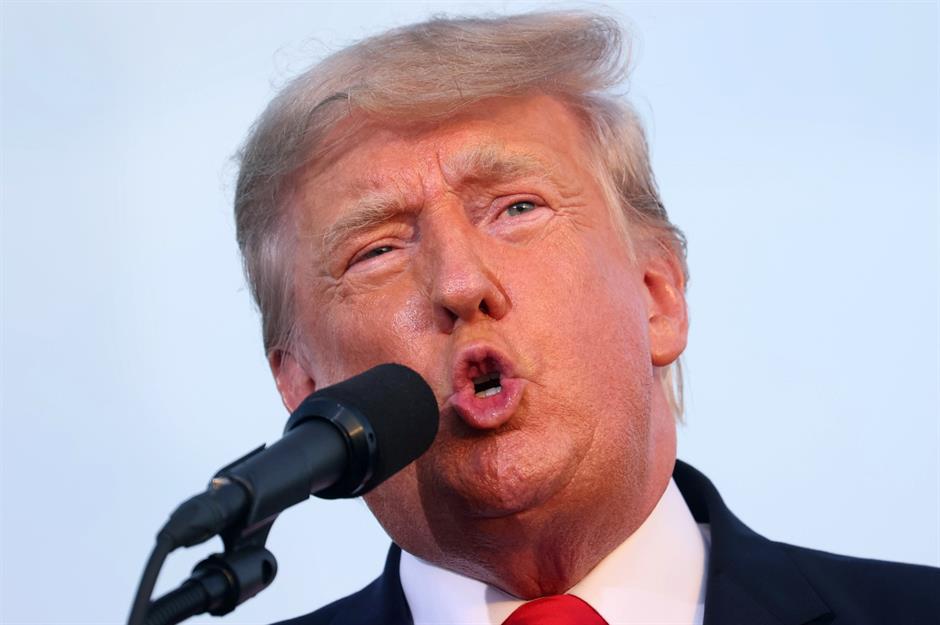 Former US President Donald Trump was known for his social media outbursts throughout his time in office, and one of the most costly examples happened in December 2016. Trump alleged that aircraft manufacturer Boeing's costs were "out of control" after he saw the proposed $4 billion (£2.9bn) price tag for the proposed new Air Force One. He subsequently tweeted "Cancel order!" and it sent the company's stock price dropping by almost $2 (£1.40) a share.

Another Chipotle controversy, Broadway and Supergirl actor Jeremy Jordan cost the chain millions in 2017. The actor told fans on Instagram that he "almost died" after eating at one of the brand's restaurants. As a result of his claims, Chipotle's stock dropped almost 6% to its lowest level at the time for more than five years. Unsurprisingly, Chipotle said it wasn't to blame and Jordan was the only person to suffer from sickness after eating at that restaurant.

John Schnatter grew Papa Johns from a business run out of his father's pub to an international pizza chain. However, in 2017 his life quickly began to unravel when he criticised the NFL's approach to players who protested during the national anthem. Forbes later alleged that the CEO had used a racial slur on a conference call, and he resigned from the company. Papa John's shares fell more than 17%, and the fast food giant also missed several key end-of-year targets.

Popstar Rihanna sparked chaos for Snapchat in 2018 when she lashed out at the platform over an inappropriate advert. After being made aware of an ad being shown to users that asked if they would "rather slap Rihanna or punch Chris Brown," Rihanna took to Twitter to call out the platform. Snapchat apologised for the advert and called it "disgusting," but the damage had already been done after the stock tumbled 5% in just a few hours.

She's one of the most famous influencers in the world, and Kylie Jenner proved just how powerful her voice can be in 2018 when she tweeted about Snapchat. In a seemingly throwaway tweet, Kylie said: "So does anyone else not open Snapchat anymore? Or is it just me... ugh this is so sad." Within a few short hours, Snapchat's stock price fell 7%, wiping a massive $1.3 billion (£940m) from the platform's total value. Kylie later tried to backtrack on her remark, but it was too late.

While some famous names have knocked value off companies they don't have any personal investment in, Tesla CEO Elon Musk once wiped $14 billion (£10.1bn) from his own business. It happened in May last year when Musk told his Twitter followers that his company's stock was priced "too high". Not only did it wipe millions off of Tesla's market value, but it also knocked around $3 billion (£2.17bn) off Musk's own stake in the company.

Elon Musk's controversial Twitter presence hasn't only cost his own company millions. In May 2021, the Tesla boss tweeted that his company had "suspended vehicle purchases using Bitcoin" due to the cryptocurrency's use of fossil fuels. The price of Bitcoin immediately tumbled by more than 10% as a result.

Twitter chairman Jack Dorsey bowed to public pressure in January 2021 when he revealed the social media giant had banned Donald Trump from its platform. Following the announcement, Twitter's stock price fell more than 12%, much to the former President's amusement. In fact, the social media giant lost around $5 billion (£3.6bn) in market value in total.

In June 2021, the National Securities Depository (NSDL) froze the accounts of three foreign funds with investments in Adani Group companies. Its shares tanked over 20% as a result. Speculation soon spread that a tweet by business journalist Sucheta Dalal made two days before was responsible. Memes quickly followed, and Dalal began trending on Twitter and being compared to Elon Musk.

The world-famous footballer sparked controversy when he famously turned his nose up at popular soft drink Coca-Cola during a Euro 2020 press conference. As Ronaldo sat down he spotted two bottles of tournament sponsor Coca-Cola's famous drink in front of him on the desk. This prompted him to roll his eyes and mutter the brand name under his breath while replacing them with bottles of water instead. Coca-Cola's market value plummeted by a stomach-churning $4 billion (£2.9bn) in the days following.