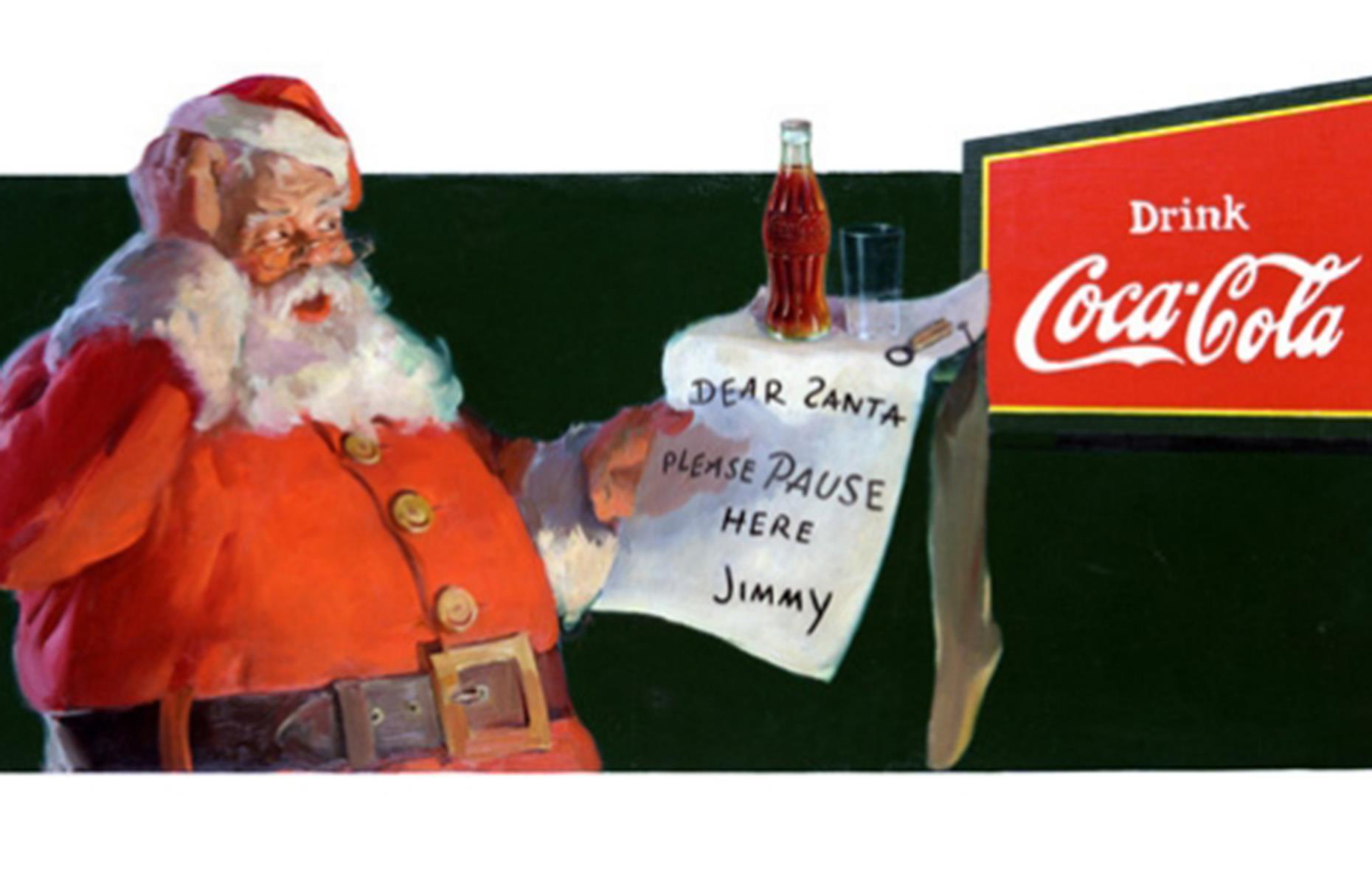 It all started with advertising…

Marketing campaigns and PR stunts aren’t just there to sell products. As these bold and memorable examples go to show, sometimes they can also give companies the power to kickstart global sporting events, create sweeping trends and start new habits. From 1883 to today, click or scroll through some of the most successful marketing campaigns that have left their mark on the world.
Features 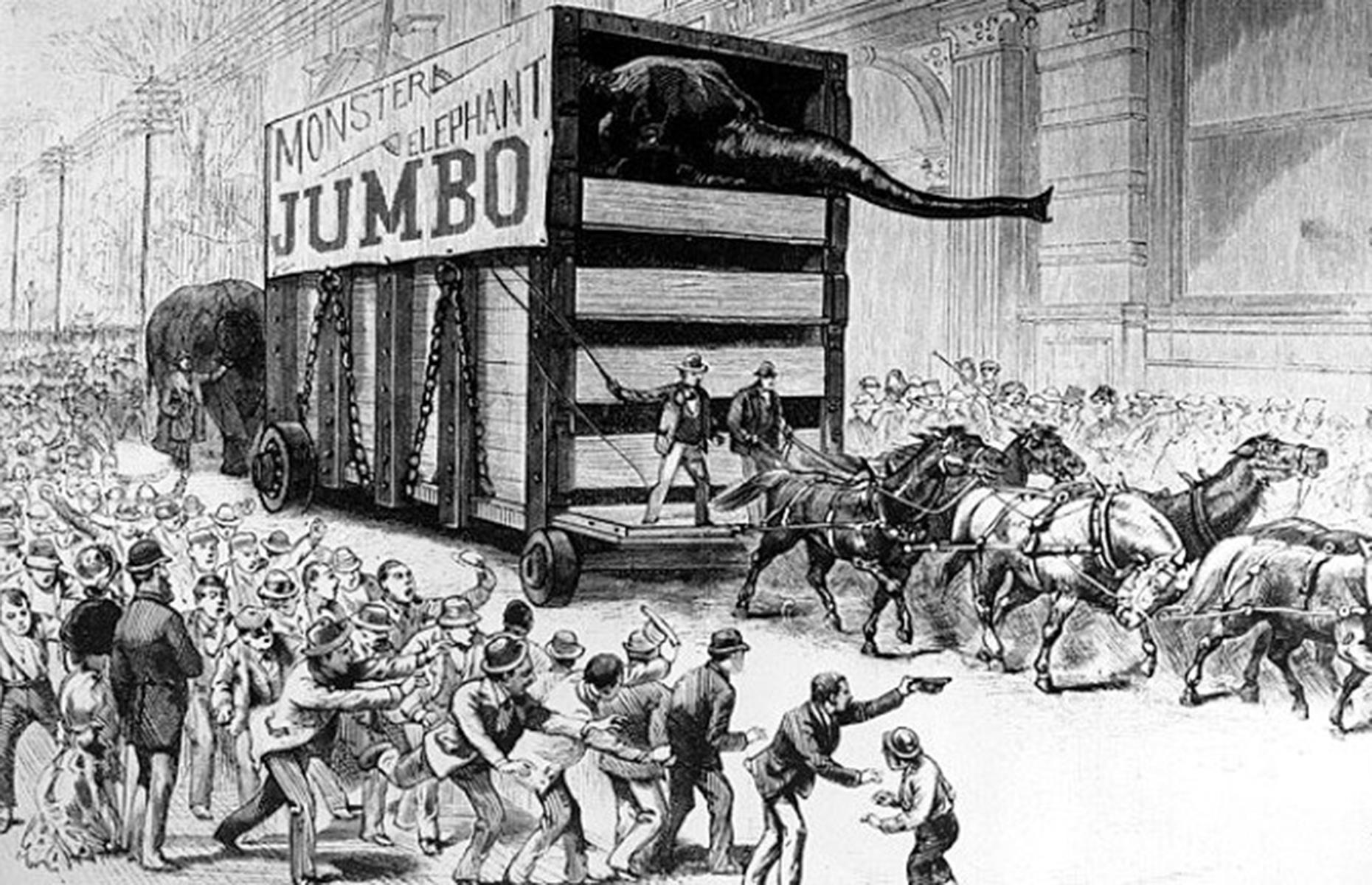 How do you test the safety of a newly built bridge? By walking a parade of elephants across it, of course. That was the tack that circus company P.T. Barnum (of The Greatest Showman fame) took, marching 21 elephants over Brooklyn Bridge when it opened on 17 May 1884. Not only did the stunt prove the bridge’s stability, it generated heaps of media attention for the Barnum’s museum and touring show. 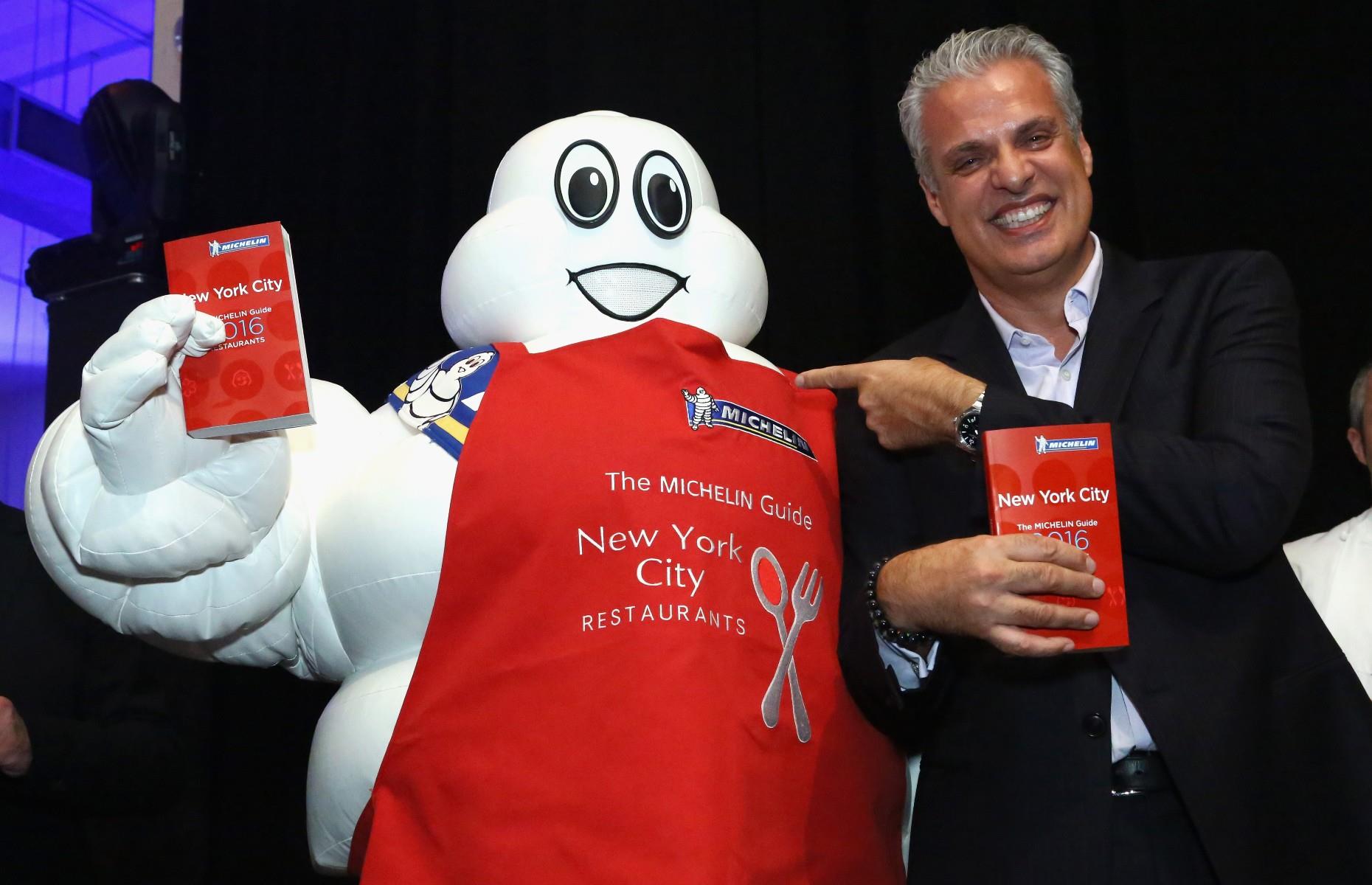 The Michelin Star is the most sought-after accolade in the culinary world and is given only to the finest eateries. However, the origin story of this badge of honour actually has nothing to do with food, let alone the most refined food in the world. In 1900, brothers André and Édouard Michelin, founders of the Michelin Tyre Company, created guidebooks as a way to encourage people to make more car journeys so that they would wear out their tyres more quickly. By 1920 the guidebook’s food section had gained a reputation and the Michelin Star was born, with anonymous critics tasked with awarding one, two or three stars to restaurants offering exceptional dining experiences. The Michelin Star isn’t just a symbol of the best cuisine on offer, it also adds a sparkle of prestige to the globe’s second-largest tyre company, bolstering its reputation the world over. 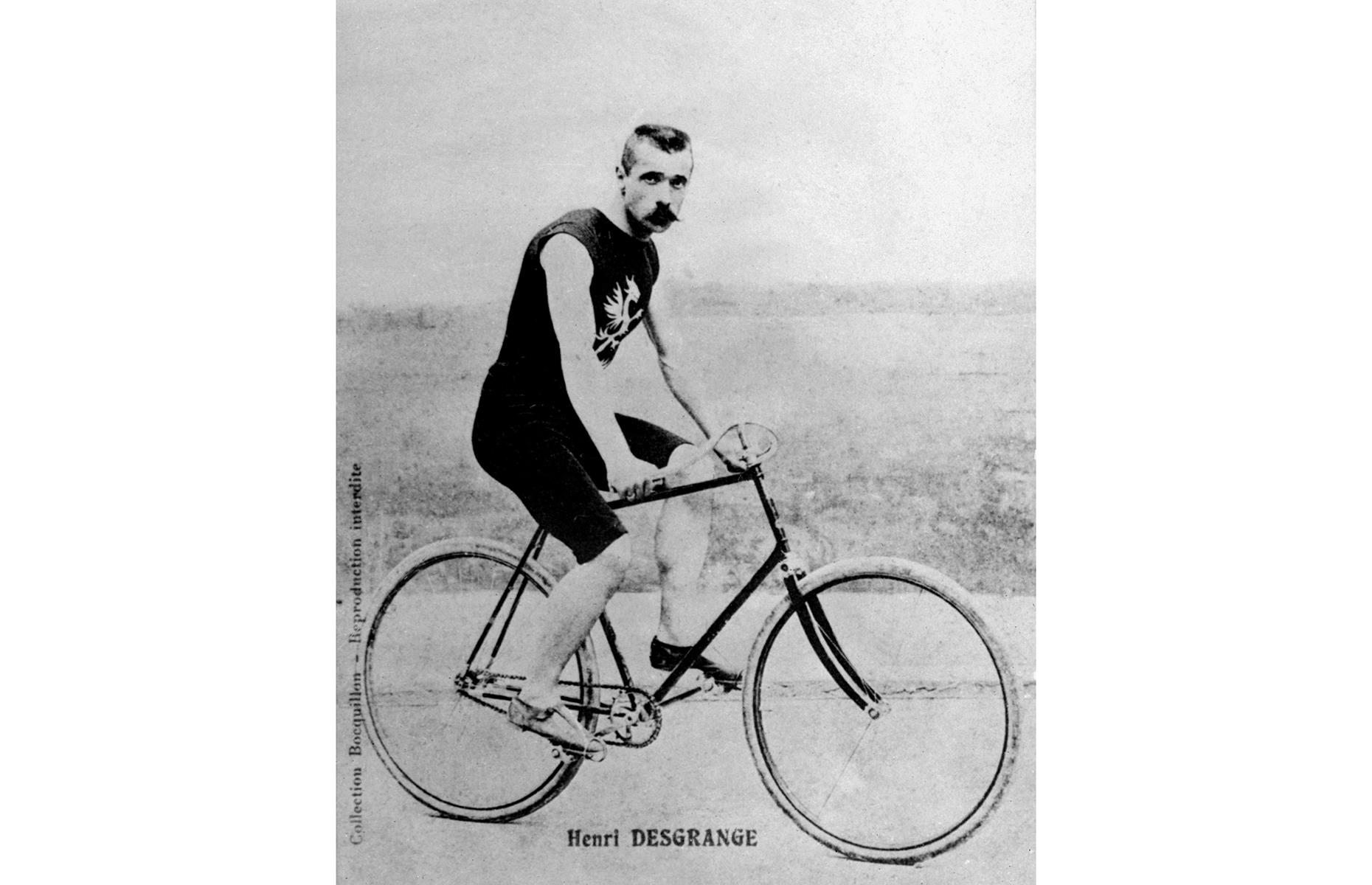 Given the global popularity of the Tour de France, you might be surprised to learn it was started in an attempt to resuscitate a failing Parisian newspaper. To boost sales, journalist Henri Desgrange (pictured) of L’Auto suggested holding a bike race around the perimeter of France, and so the first Tour de France took place on 1 July 1903. It worked: 20 years later, the newspaper’s circulation had risen from 20,000 to 500,000 copies a day. L'Auto is now known as L'Equipe. 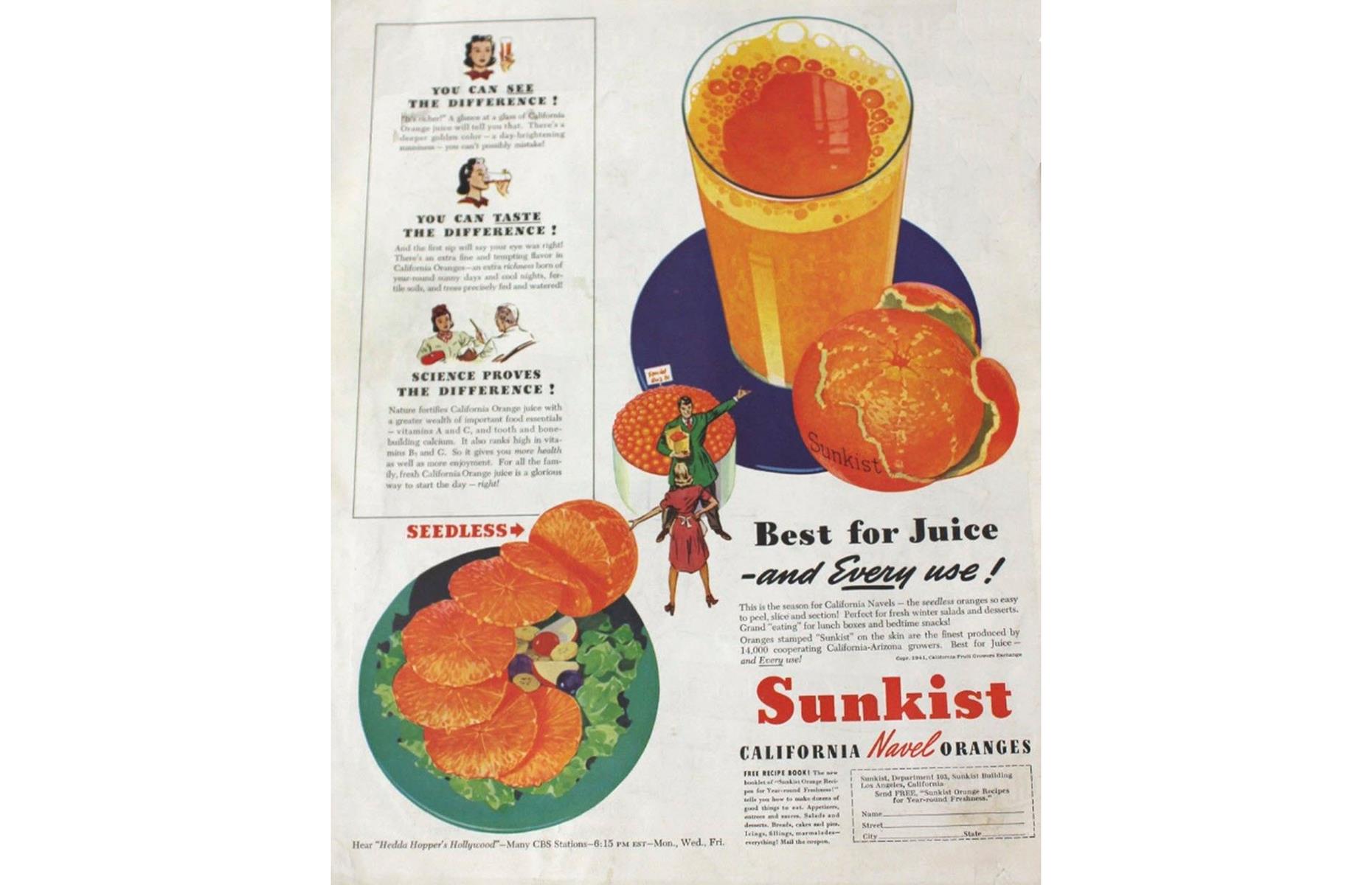 With an abundance of oranges grown in California and not enough people to buy them, Sunkist decided to revamp the fruit’s image in the early 1900s. Advertising executive Albert Lasker came up with the idea of encouraging people to make their own orange juice – which hadn’t been common before. The 1907 ‘Drink an Orange’ advertisement allegedly resulted in a fourfold boost in Sunkist’s orange sales. Later, Sunkist went on to release own-brand juicers and started selling its own juice. Pictured is a later advertisement from 1941. 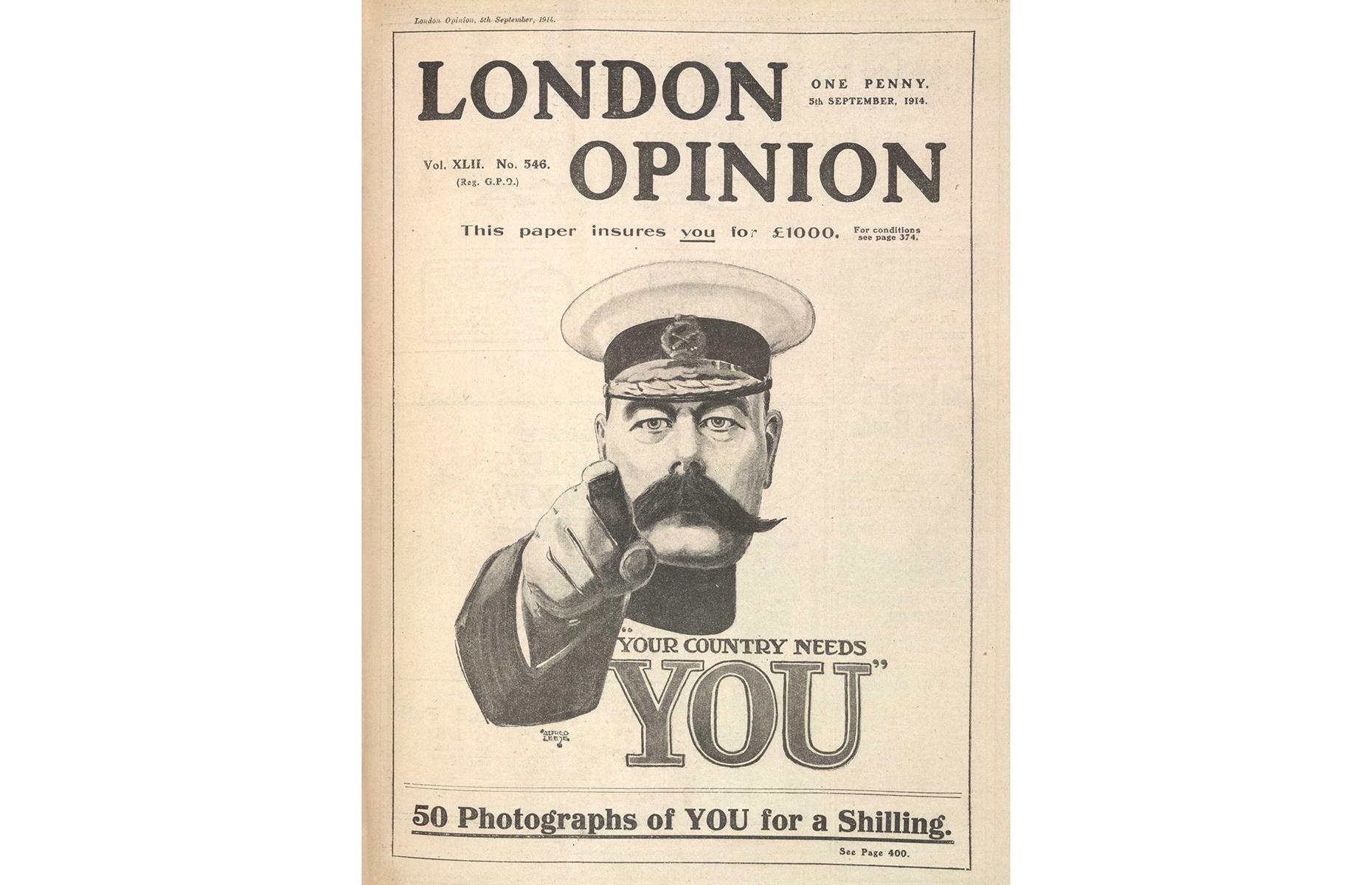 This image of Lord Kitchener, the then-newly appointed Secretary of State of War, has become synonymous with the First World War. Yet it’s a common misconception that this image resulted in the signup of so many soldiers. In fact, this poster was originally created as a front cover for the London Opinion magazine on 5 September 1914. A different official poster, also featuring Lord Kitchener, is likely to have had far more impact in getting soldiers to enlist. Nonetheless, this finger-pointing picture has cemented itself as a defining image of World War I in the popular imagination. 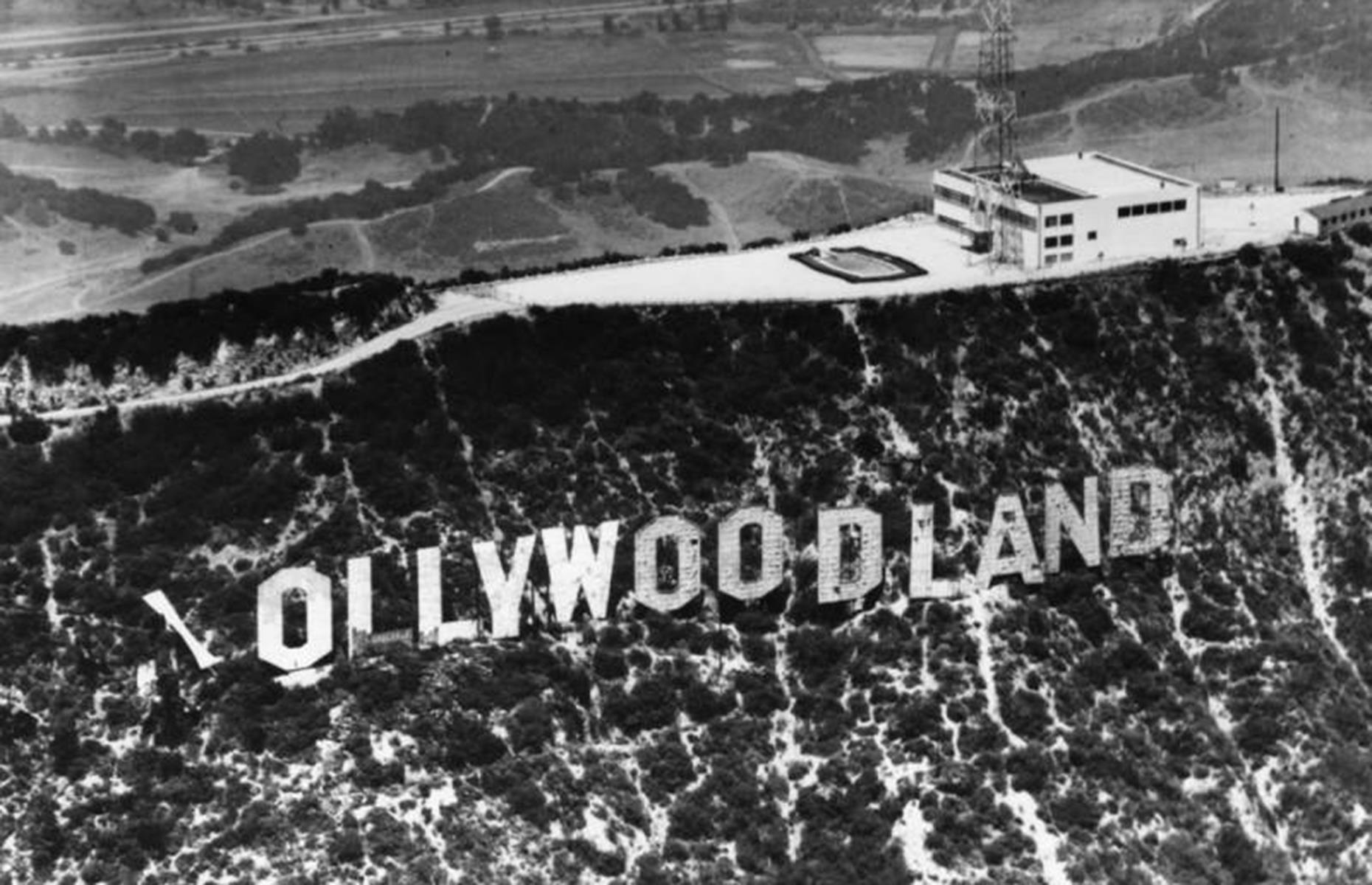 Now an iconic part of the landscape, when the Hollywood sign was constructed in 1923 it was less about LA's film industry, and more about marketing the area's latest housing development. Real estate developer Woodruff and Shoults was developing properties in the isolated area, and intended ‘Hollywoodland’ to be an affordable alternative to LA. To put Hollywoodland on the map, they created the attention-grabbing sign at a cost of $21,000 – equivalent to $325,000 (£233k) in 2021. It lost the '-land' in 1949, becoming the industry-focused sign that we know it as today. 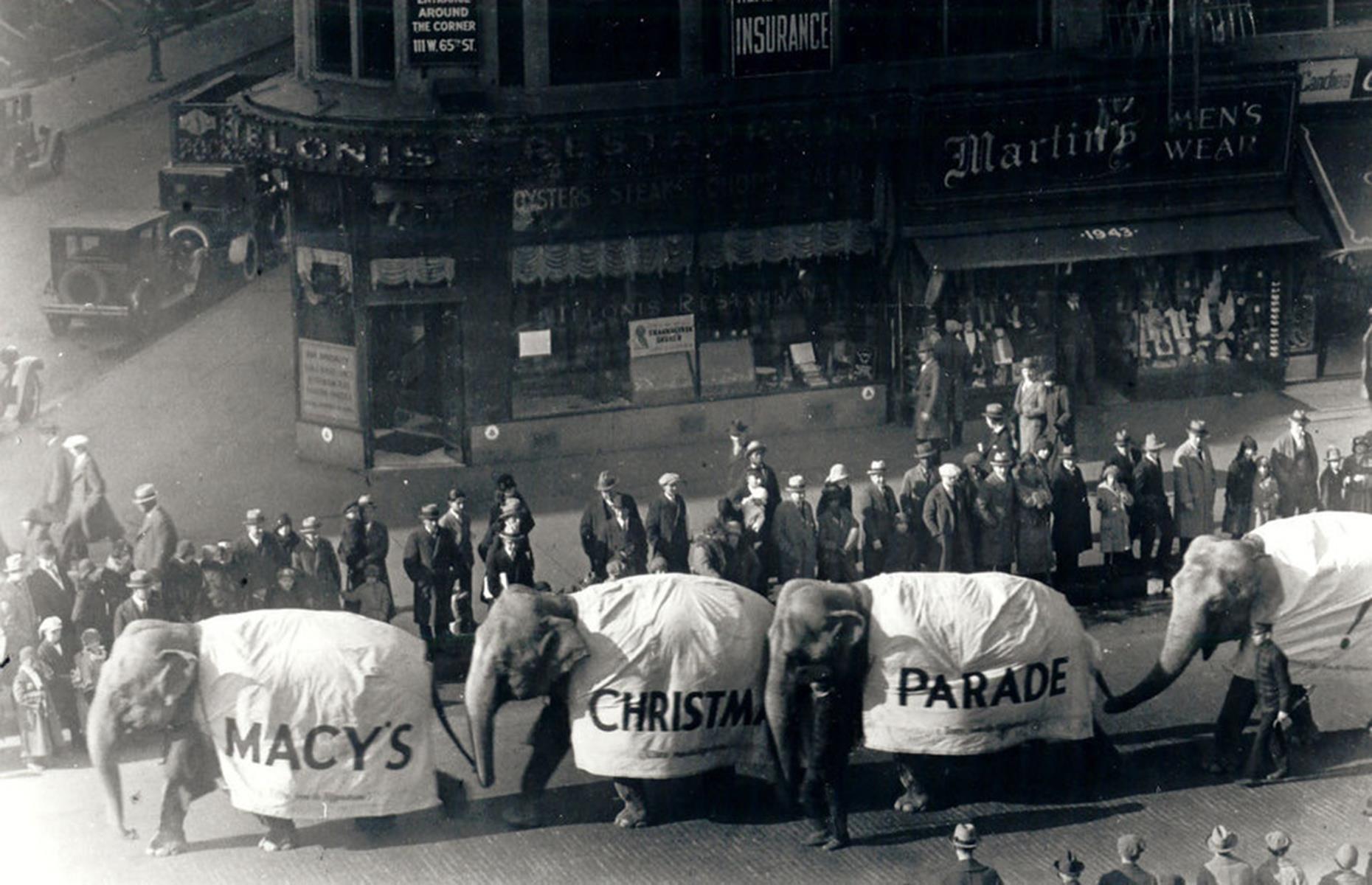 Synonymous with Thanksgiving in New York, Macy’s Parade is one of the world’s largest and attracts 44 million TV viewers each year. The first parade was in 1924, comprising Macy’s employees along with floats and animals from Central Park Zoo. It brought an audience of 250,000, as well as going on to replace Ragamuffin Day, which was essentially a form of trick-or-treating. Macy’s Parade, which was free and inclusive, was seen as a better alternative at the onset of the Great Depression.

Advertising campaigns that were ahead of their time 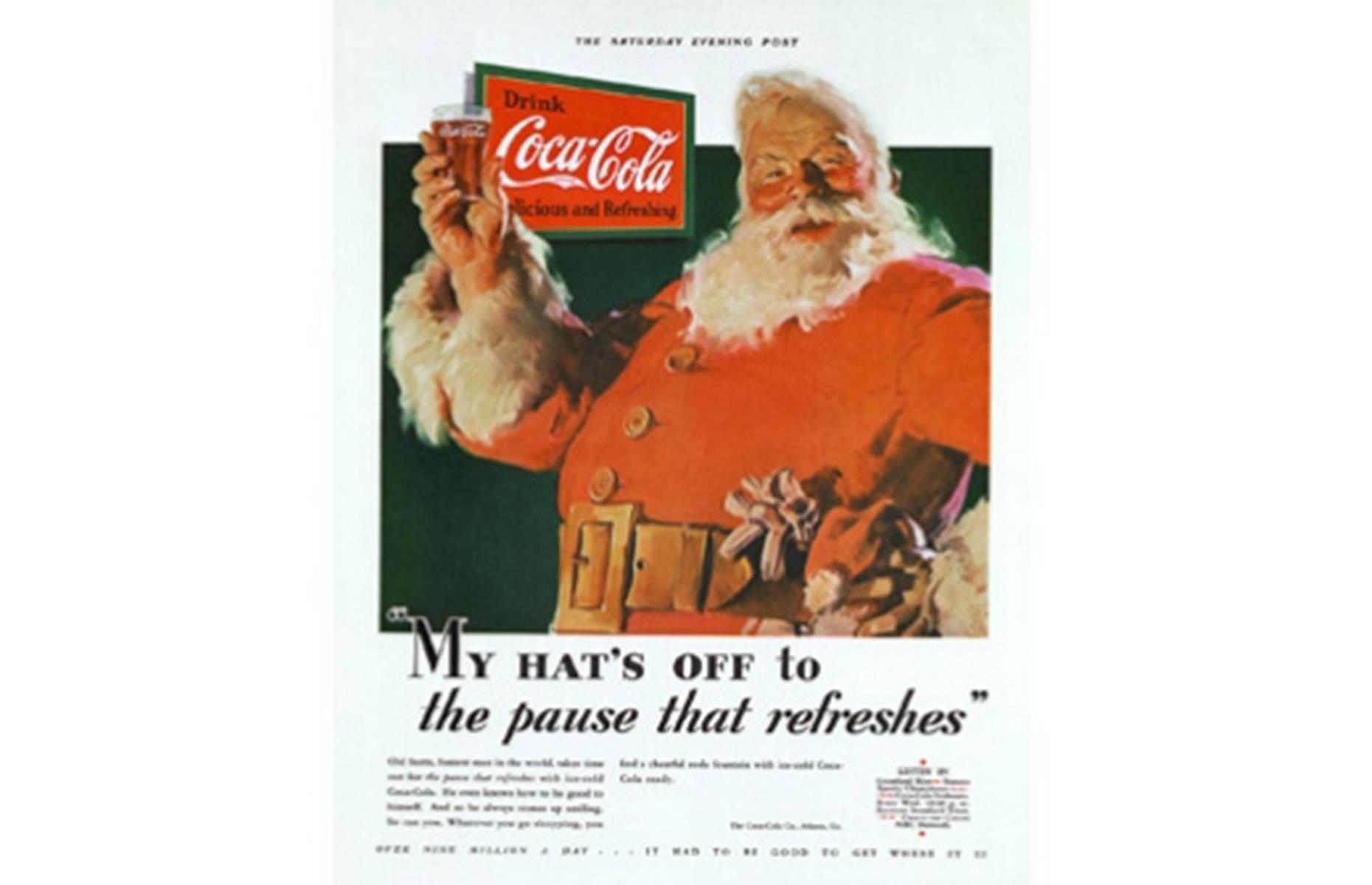 It’s often said that Santa’s coat is red due to Coca-Cola advertising. That’s not strictly true – Santa had often appeared in red before Coca-Cola first depicted him in magazine ads in the 1930s – yet the brand still shaped the image of Santa. In 1931, Coca-Cola wanted to show Santa as wholesome and kind, rather than the gaunt and strict-looking Kris Kringle the world had known before. Illustrator Haddon Sundblom painted a jolly-looking, plump and friendly Saint Nick, using his friend Lou Prentiss, a retired salesman, as his muse. The ads were debuted in The Saturday Evening Post that year. 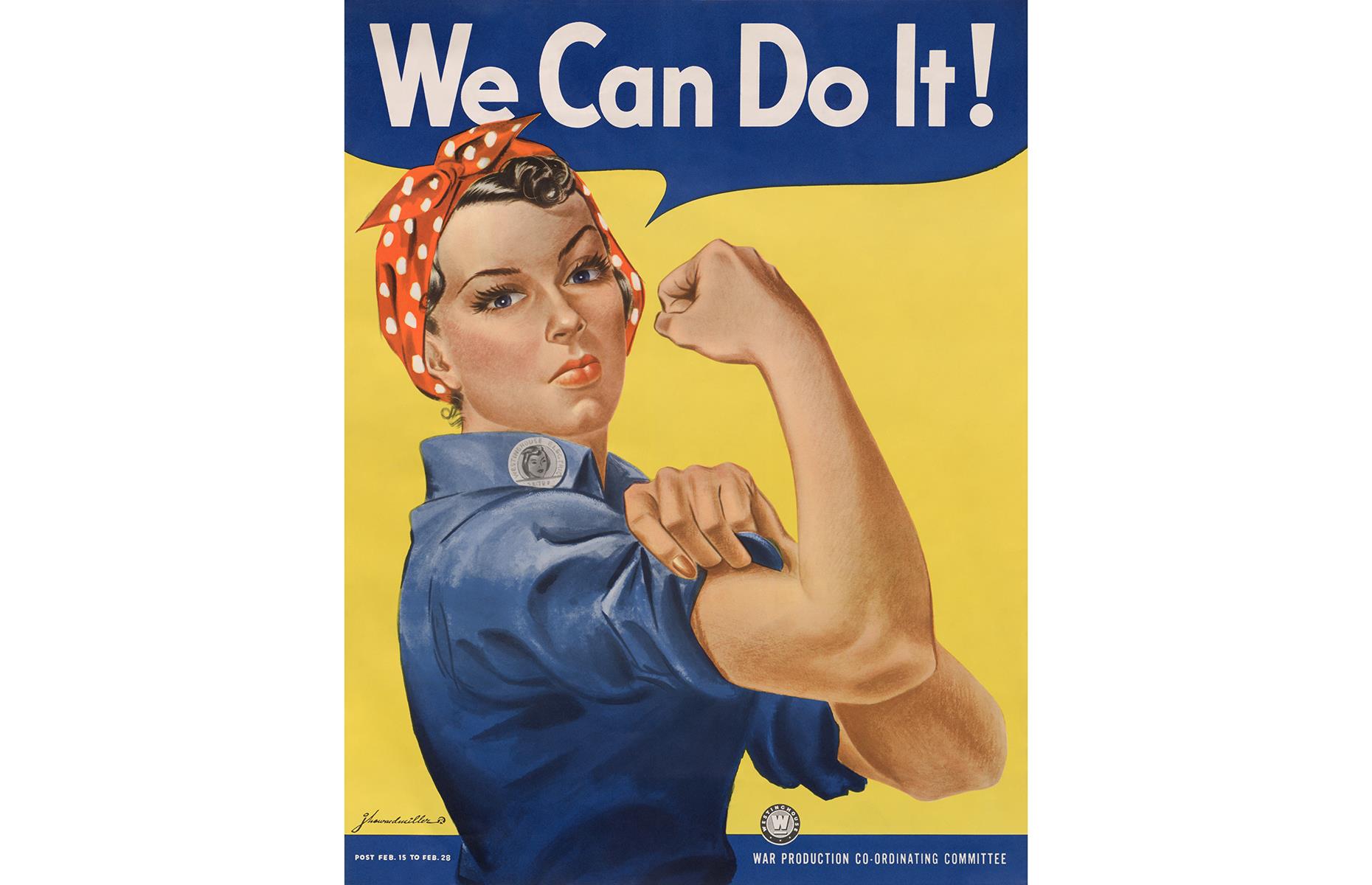 It’s one of the most iconic images we now associate with female patriotism and the war effort, yet this poster was originally created as an advertisement. Artist Howard Miller created it for Westinghouse Electric & Manufacturing Company in 1942, where the poster was displayed to encourage Westinghouse's employees in the Midwest. The image is of war worker Naomi Parker (later Fraley), who worked at the Naval Air Station Alameda. In the 1980s, the image was rediscovered and has become an iconic symbol of World War II. 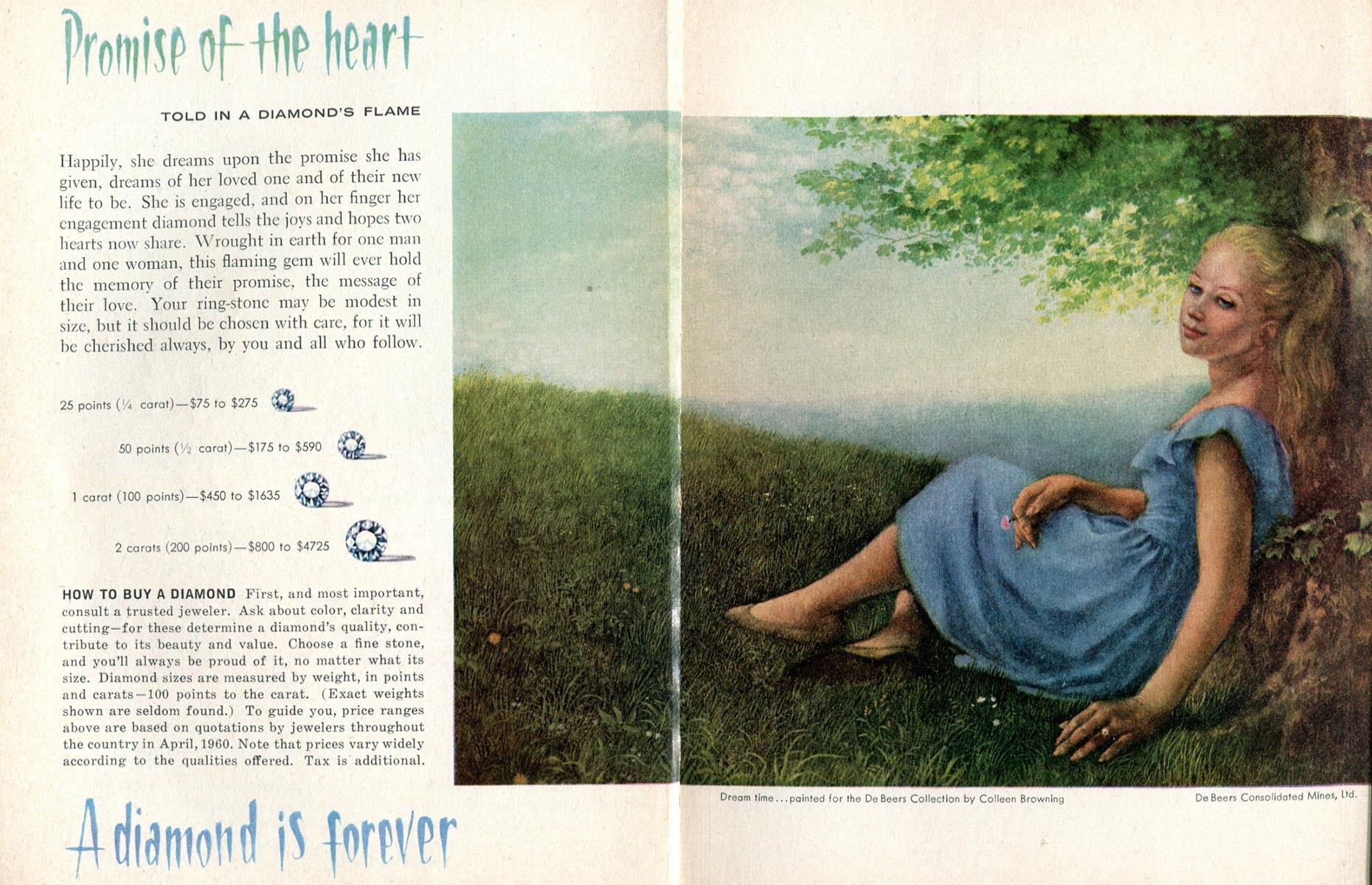 Nowadays, an engagement ring is an essential marriage ritual. So it may surprise you that, until 70 years ago, it wasn’t common to receive a diamond engagement ring. The custom was brought to us by De Beers, along with the slogan “A diamond is forever” in this 1948 ad. As the price of diamonds was falling, the ads convinced young men to buy diamond rings for their fiancées, resulting in a massive boost for De Beers’ profits, rising from $23 million in 1939 to $2.1 billion in 1979.

Discover other iconic advertising campaigns that turned companies' fortunes around

In 1904, after travelling to China, Mary Isabel Fraser returned to New Zealand with a collection of Chinese gooseberry seeds, and gave them to farmer Alexander Allison. They eventually bore fruit in 1910. Over the years the popularity of the fruit, which in China was actually called mihoutao, meaning “macaque fruit” because it was eaten by macaque monkeys, grew in New Zealand and in 1959 agricultural company Turners and Growers decided to export the fruit. However, it decided to give the Chinese fruit a new name to avoid the negative connotations of the gooseberry, which wasn’t all that popular in America. Eventually it decided to name the fruit after New Zealand's national bird, the flightless kiwi, given the fruit's likeness to the brown, furry creature. The fruit has since become synonymous with New Zealand and helped to solidify the globally-recognised ‘Kiwi’ colloquialism for New Zealanders. Kiwi fruits are now grown all over the world and, perhaps fittingly, the fruit’s origin country of China became its number one global exporter in 2014. 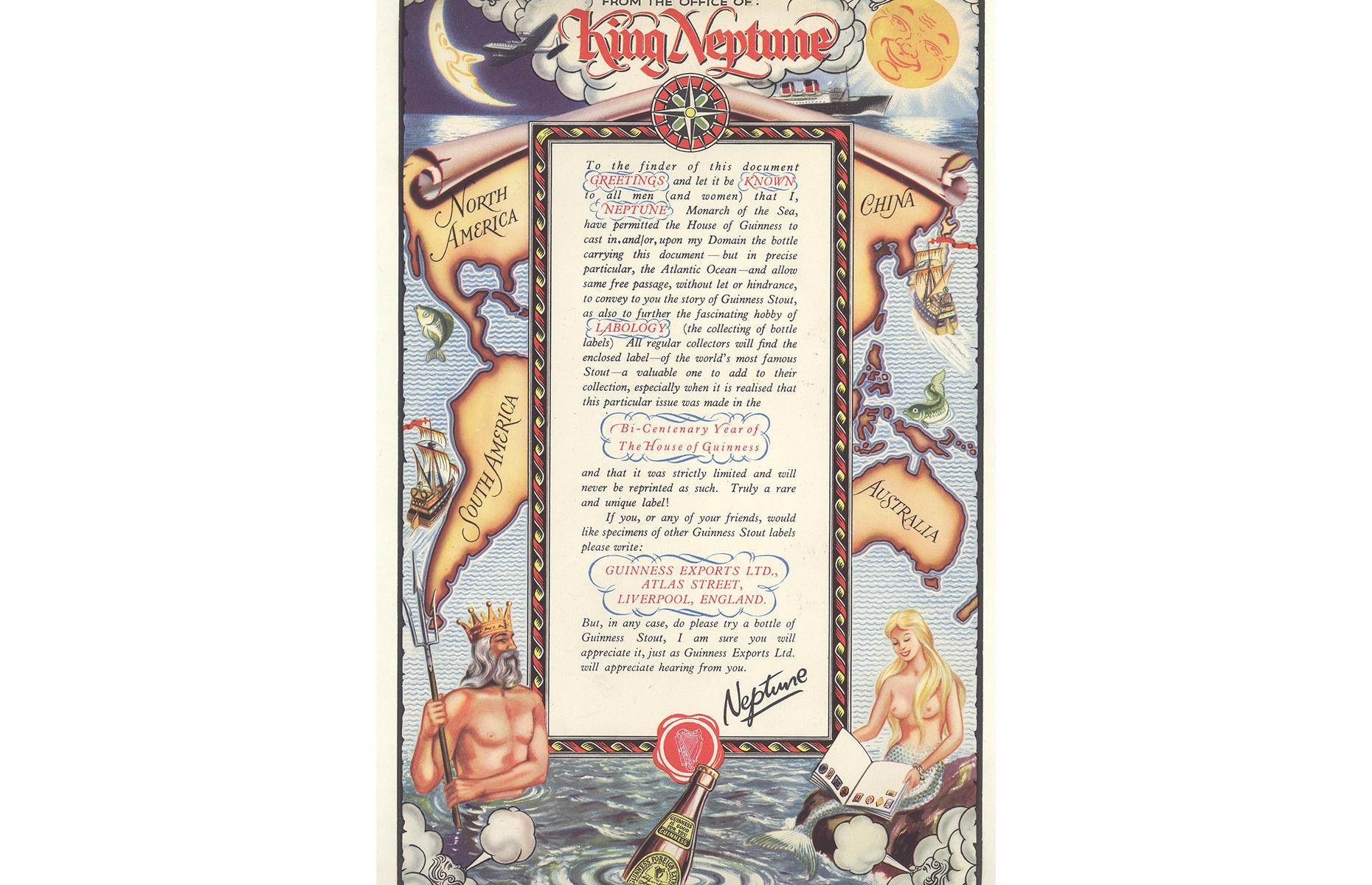 Putting a message in a bottle and dropping it in the sea isn’t anything new – it’s been around since as early as 310 BC when Greek philosopher Theophrastus launched sealed bottles into the sea to see which way it flowed. Yet in 1959, when Guinness dumped 150,000 bottles in the Atlantic, Pacific and Indian Oceans filled with messages to advertise its stout, it became a source of fascination. The bottles are still turning up on shores across the world from the Bahamas to Liverpool docks, and sell for a fortune at auction. 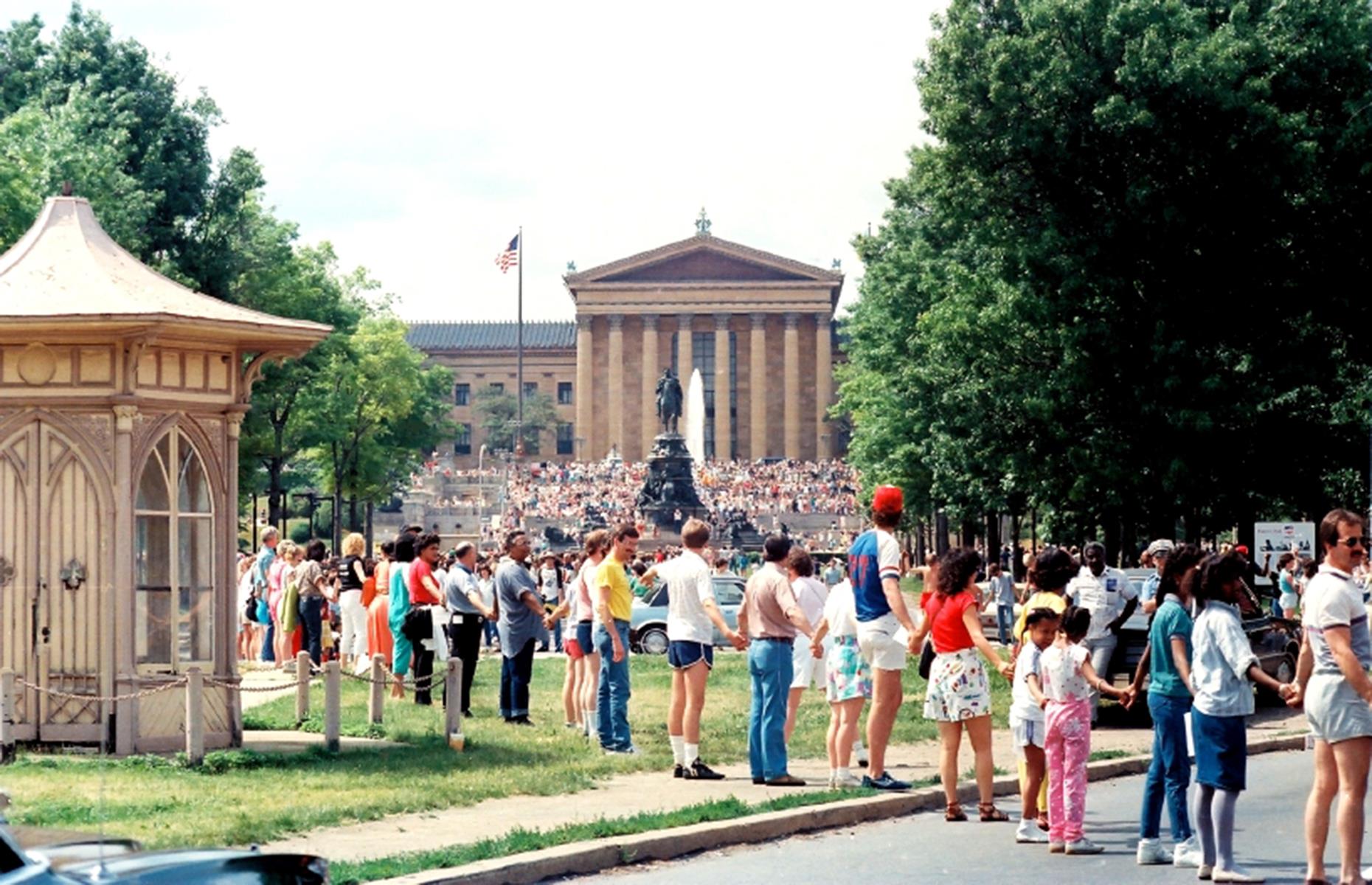 On 25 May 1986, the Hands Across America campaign was launched, aiming to raise money for the hungry and homeless. With stars from Brooke Shields to Yoko Ono taking part, participants had to pay $10 (£6.80) to hold hands, creating a “human chain” across the US. The event brought together 6.5 million people and raised $15 million (£10.2m) after operating costs. It’s been remembered in countless movies and TV series since, cementing its position in the popular imagination. 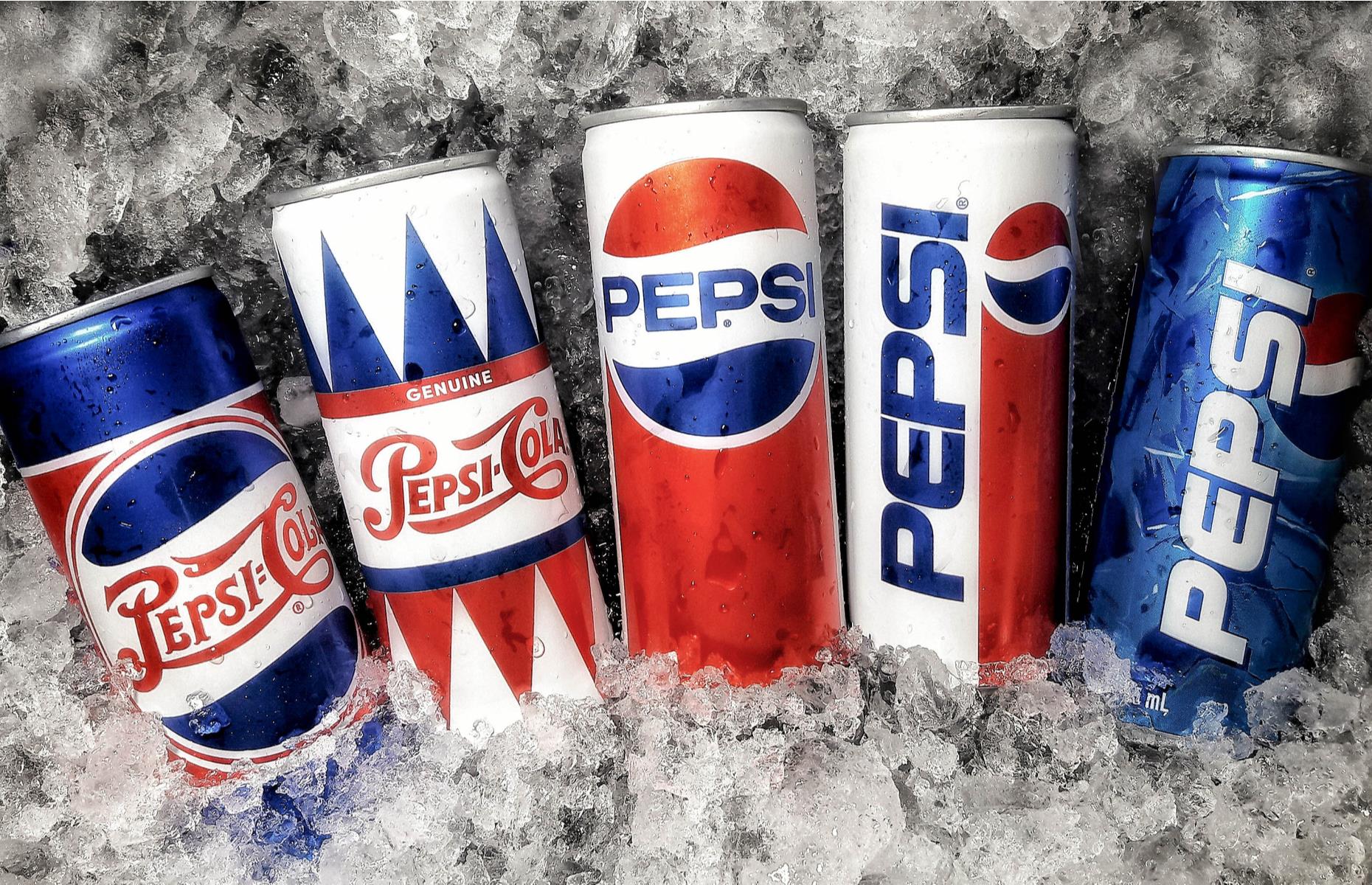 Remember when Pepsi cans were red and white? In 1996, looking to differentiate itself from rival Coca-Cola, Pepsi made the decision to change its can colour from red and white, to blue. To announce the rebrand, the company joined forces with Air France and sprayed a Concorde airplane electric blue, flying celebrities and journalists from 40 countries in the plane to its press conference, at the time the most expensive press conference ever held. There was also a commercial to go alongside it, featuring Cindy Crawford and tennis star Andre Agassi. The total cost of the campaign was around $500 million (£328m). 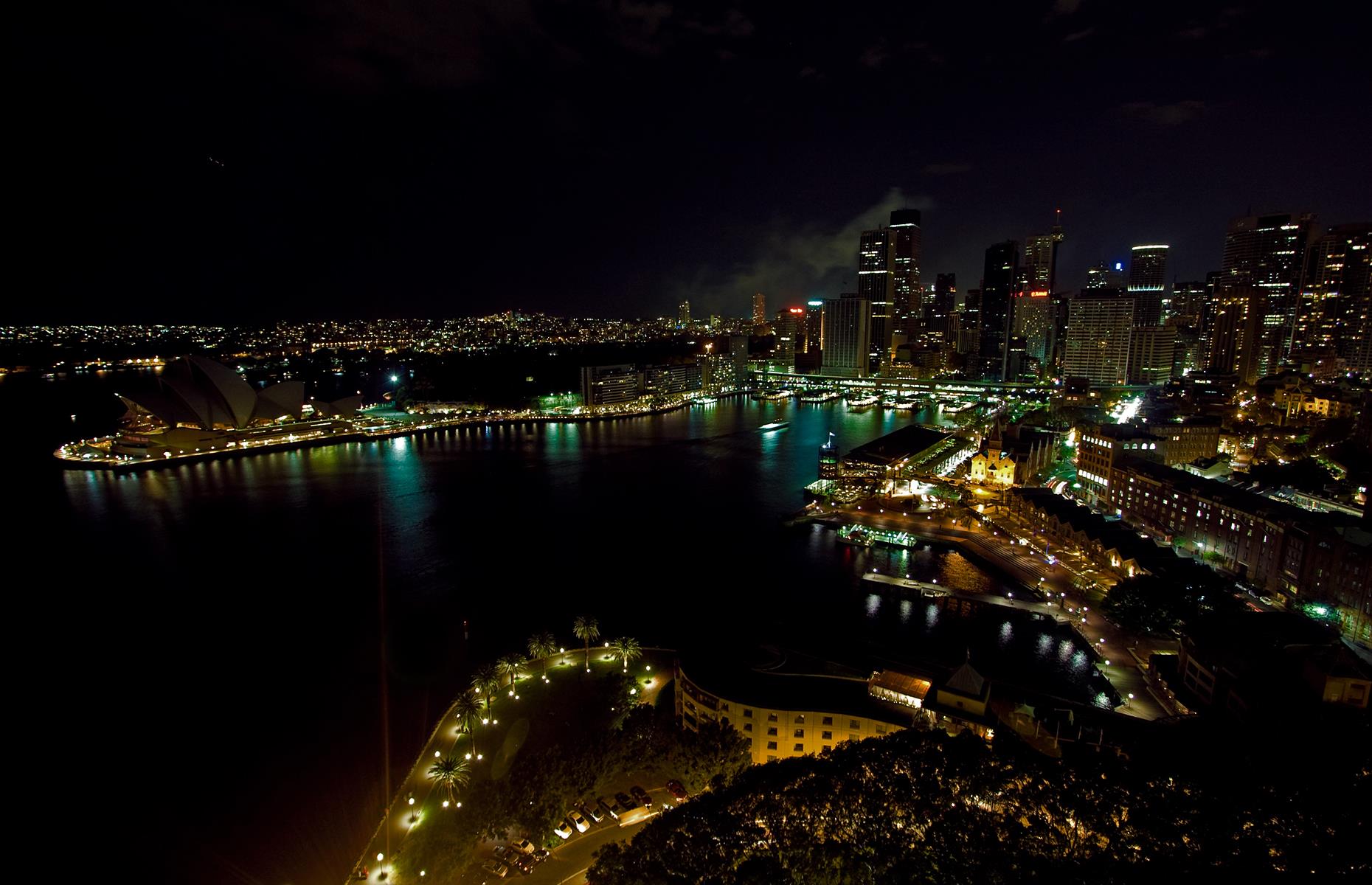 Created by the World Wildlife Fund for Nature (WWF), Earth Hour is a movement celebrated across the world. The first Earth Hour was held in Sydney, Australia in 2007, where the lights were turned off for an hour to raise awareness of energy consumption and the environment. By 2015, it had reached a global scale, with 172 countries taking part and 10,400 landmarks switching off their lights. 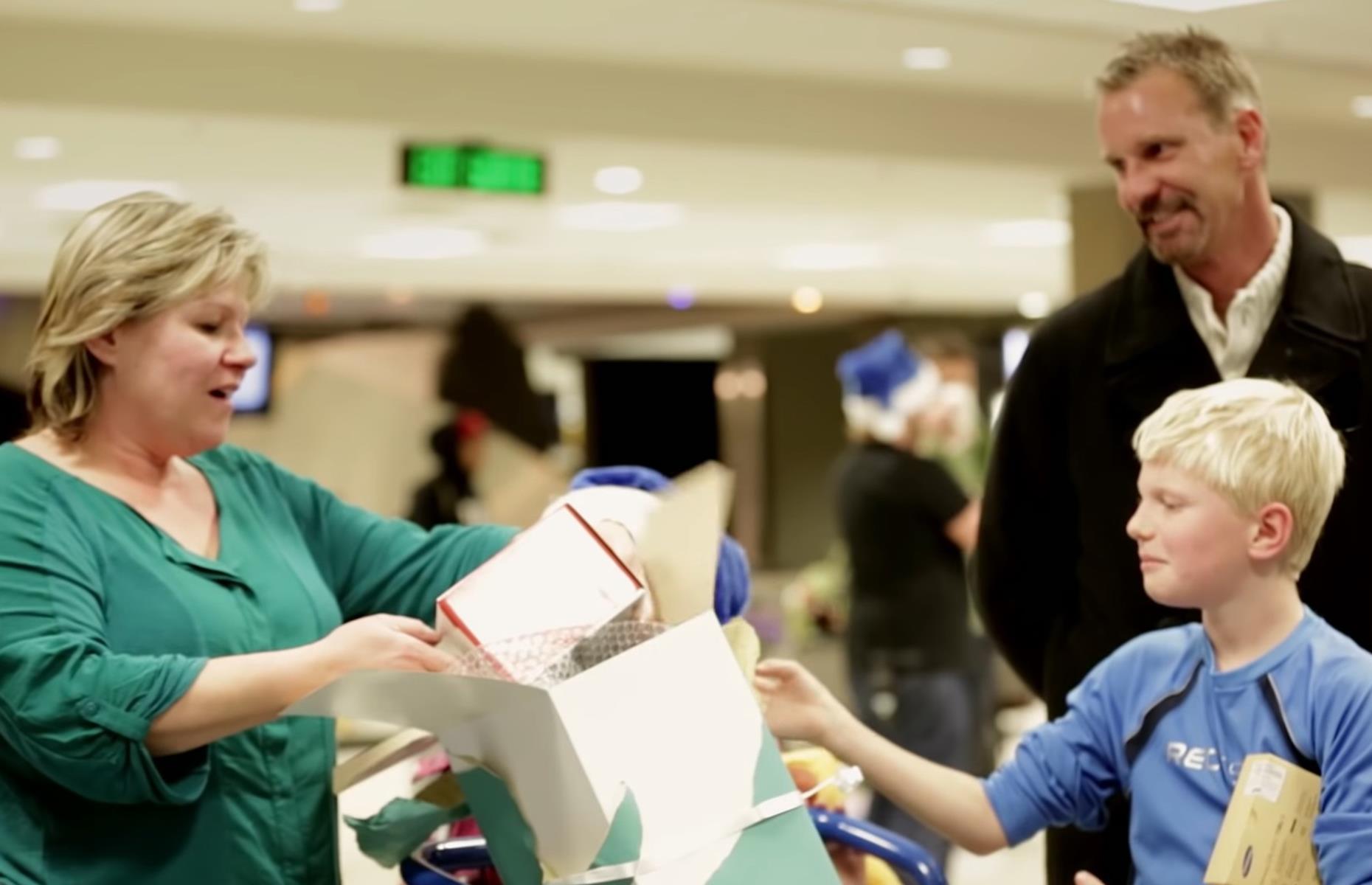 Heart-warming campaigns do well at Christmas, and WestJet’s is probably one of the most memorable. The airline dressed a volunteer as Santa to speak to 250 passengers via live stream before they boarded their flight, asking what they wanted for Christmas. Then a team of volunteers bought the items they’d asked for, and the gifts were found by passengers on the luggage carousel. WestJet has continued the tradition with different yuletide miracles every year, but the original video has received more than 48 million views. 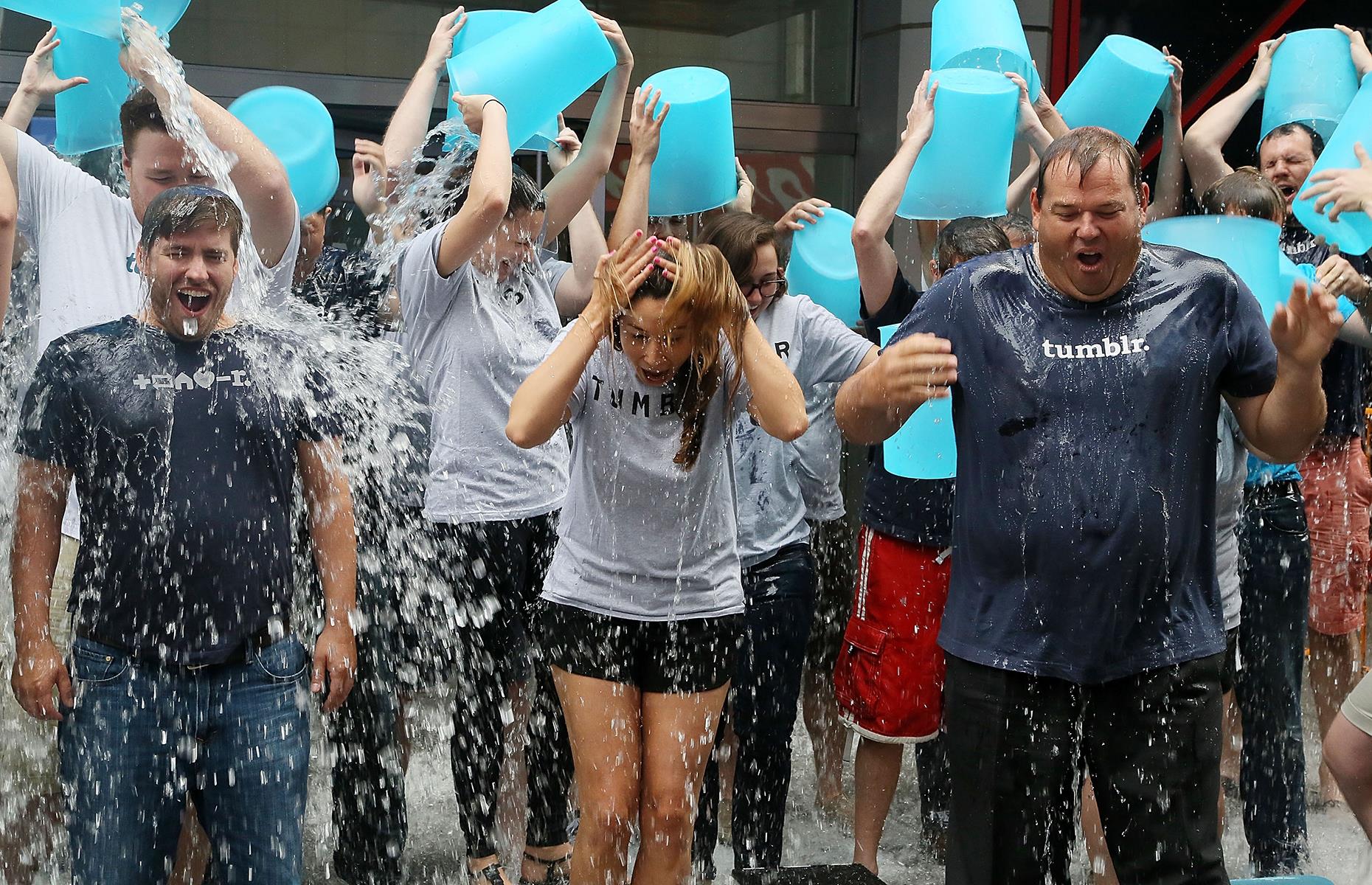 Remember this one? The basic premise of the Ice Bucket Challenge was this: film a video of yourself having ice cold water chucked over you, share it on Facebook and donate to the charity the ALS Association. As well as making money for the cause, it aimed to promote awareness of amyotrophic lateral sclerosis, which is also known as motor neuron disease. The campaign provoked mixed reactions, with some calling it insensitive and others saying it was just a trend. Yet it raised more than $100 million (£60m) in 30 days, which led to breakthroughs in research of the disease.