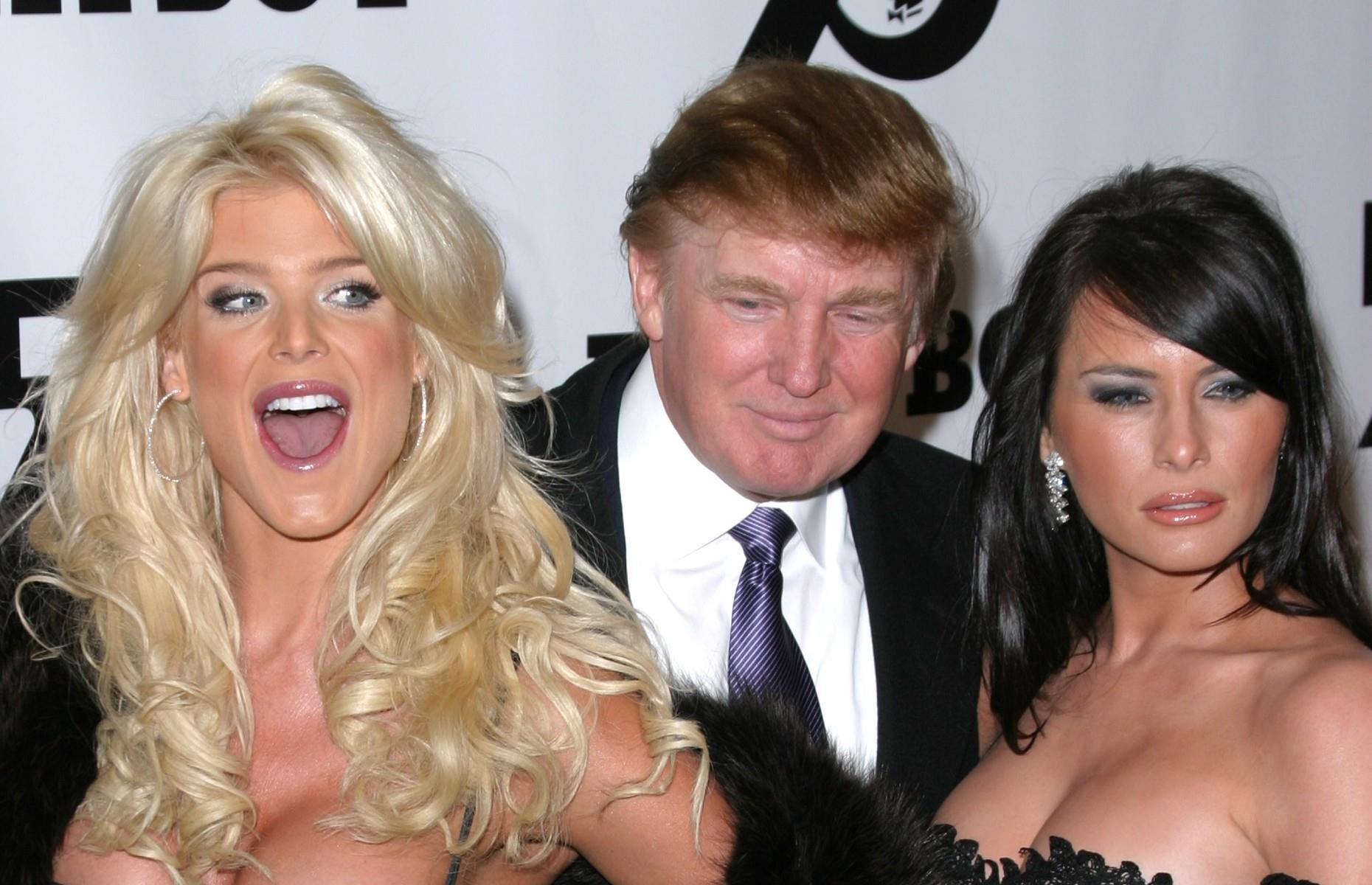 Being the President of the United States is arguably the most important job in America. Before taking on the prestigious role, former presidents held positions such as senator, lawyer, governor, and even military officer. However, the 45th POTUS, Donald Trump, had some more unorthodox entries on his CV before moving into the White House. From actor and reality TV star to WWE champion, read on to discover some of Donald Trump's most unusual jobs.

You may be surprised to learn that Donald Trump’s first-ever job was as a bottle collector. Though he was born to a very wealthy family, his father Fred Trump (pictured here with his wife Mary, as well as Donald and the late Ivana Trump) wanted to teach his son the value of money. So when Donald was a child his father would take him and his brother to construction sites and get them to collect empty soft drink bottles. They would then trade them in for cash. 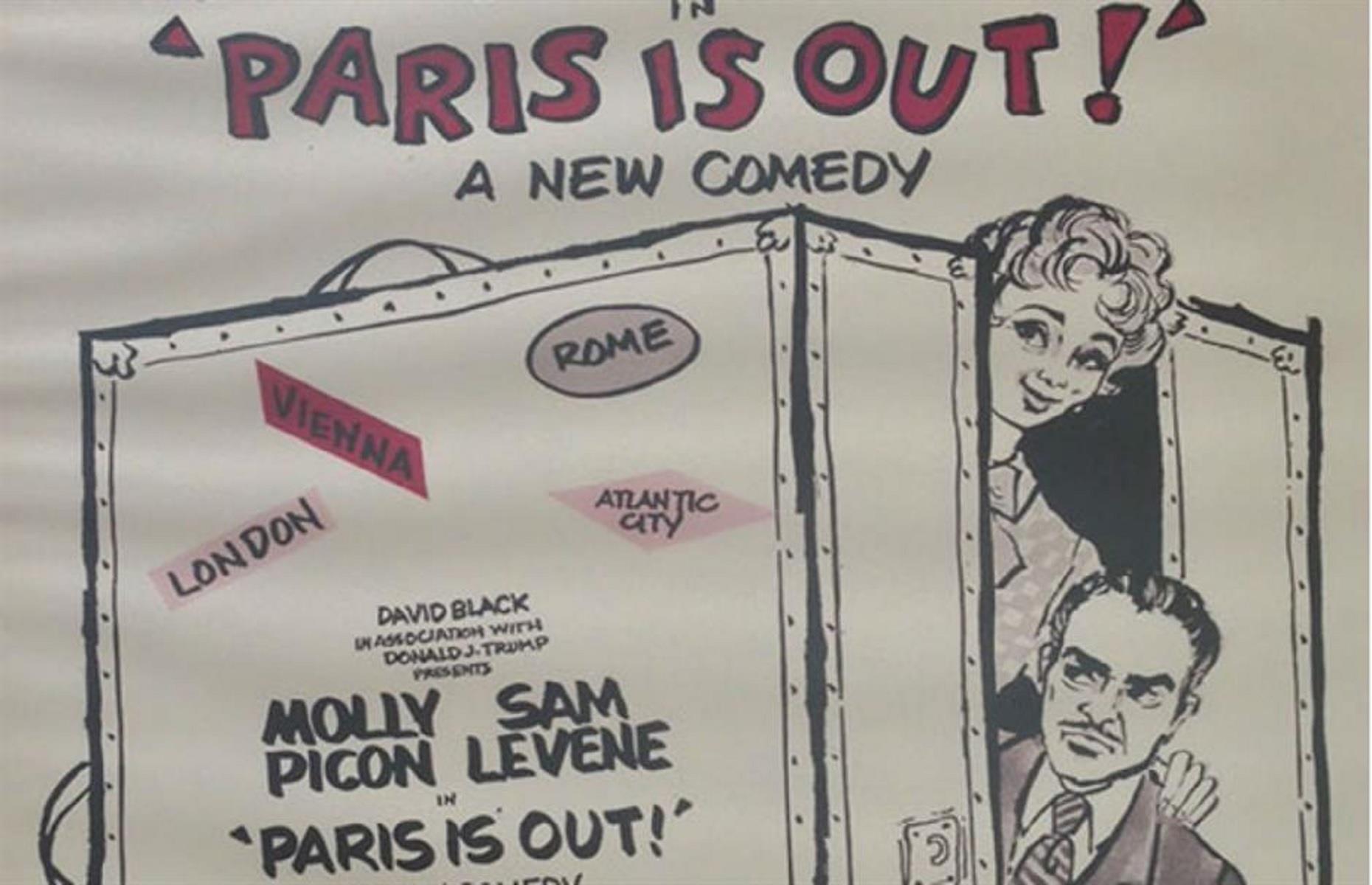 Though Trump would later break onto the political stage, he was arguably less successful when, aged 24, he invested $70,000 – the equivalent of about $535,000 (£446k) today – in the 1970 Broadway show Paris Is Out! His investment reportedly secured him the role of co-producer. But although the performance received favourable reviews, it closed after just 96 shows.

It wasn't the last time Trump dipped his toe into theatre production though. According to Online Trademark Attorneys.com, The Donald once trademarked a live entertainment services company called The Trump Follies before abandoning the venture in 2009. 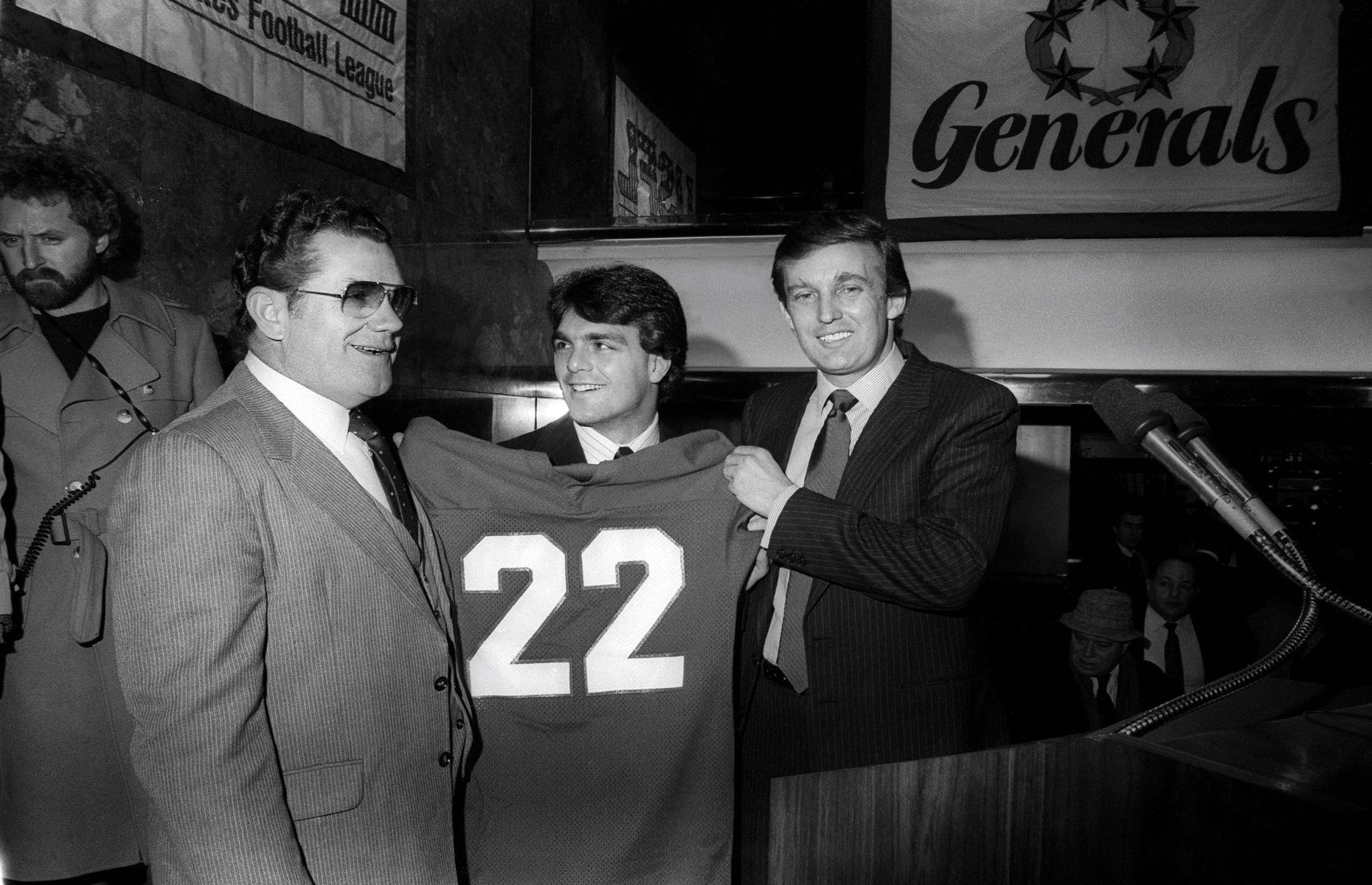 Owner of the New Jersey Generals

In 1983, Trump dropped $9 million to buy the New Jersey Generals of the United States Football League (USFL). The purchase kick-started a catalogue of problems. By the fall of that year, the team had lost $30 million (£20m) – and some people even believe Trump's mismanagement was responsible for the 1986 collapse of the entire USFL.

His lawyers filed a billion-dollar lawsuit against the National Football League (NFL) claiming it had a monopoly over TV networks, but the lawsuit failed as the judge ruled that the USFL had imploded due to excessive spending. Pictured is Trump with Quarterback Doug Flutie and Head Coach Walt Michaels at a press conference at Trump Tower in 1985. 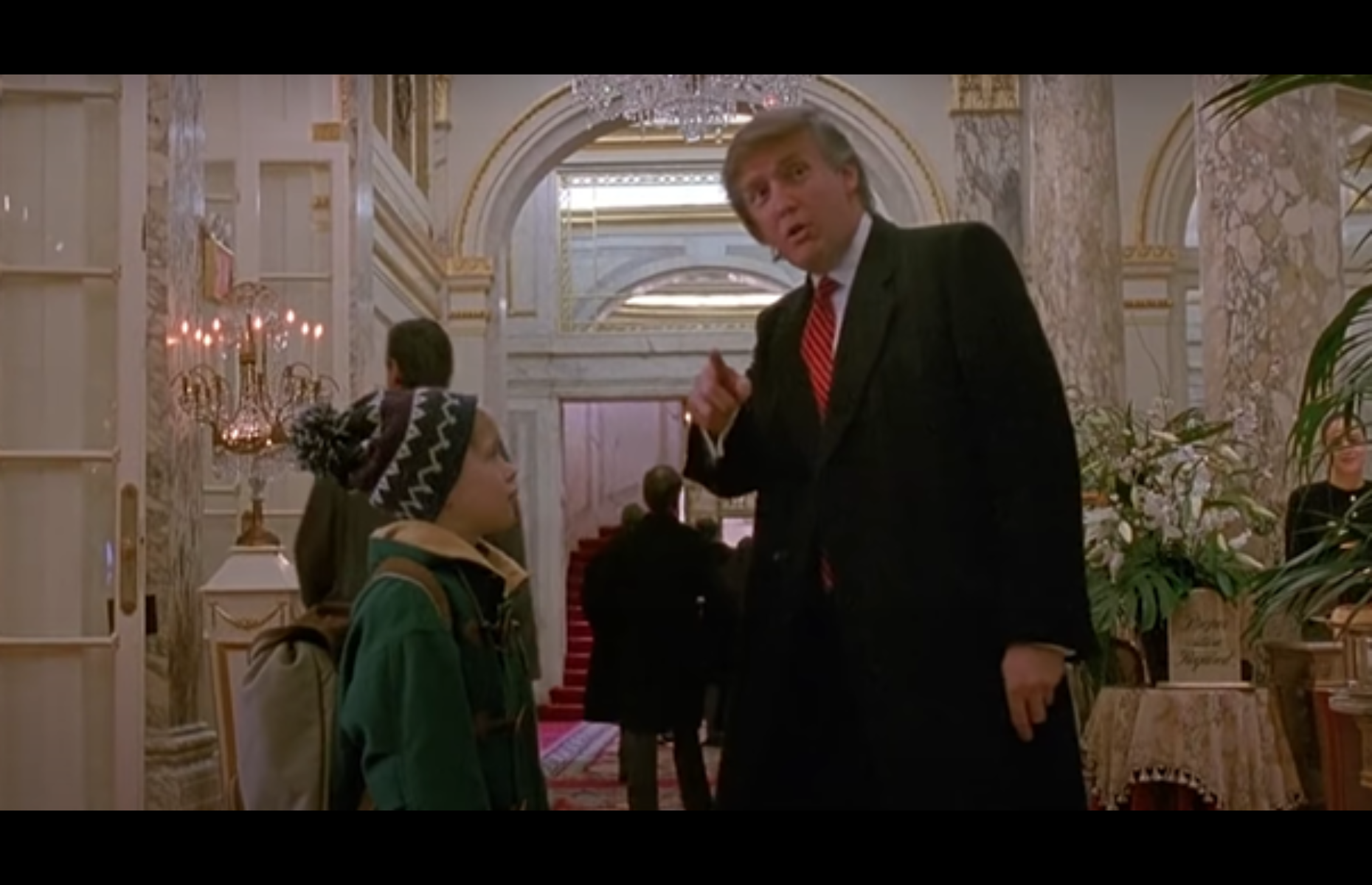 Donald Trump has an extensive filmography dating back to 1985 when he appeared in the American sitcom The Jeffersons. A few years later, he was in a film named Ghost Can’t Do It, which earned him a Golden Raspberry Award for the worst supporting actor. Arguably, his most famous appearance was in the 1992 Christmas classic Home Alone 2: Lost in New York, where he gave Kevin McCallister directions in his own Plaza hotel.

Trump has appeared as himself in a number of other films and TV shows, including Sex and the City, The Fresh Prince of Bel Air and Zoolander. He also played a character named Waldo Johnston II in the 1992 film The Little Rascals (pictured). Trump used to be a member of the Screen Actors Guild (SAG), but he quit after the union launched an investigation into him. In true Trump fashion, his resignation letter read: "I write to you today regarding the so-called Disciplinary Committee hearing aimed at revoking my union membership. Who cares!"

From movies to music, Trump appeared in the 1989 music video for the song On Our Own by Bobby Brown. The track featured on the Ghostbusters II movie soundtrack. The iconic Trump Tower in New York City also appeared in the video. While this cameo may seem random, Trump was a long-time friend of Brown and his late ex-wife, music legend Whitney Houston. He even attended their wedding. 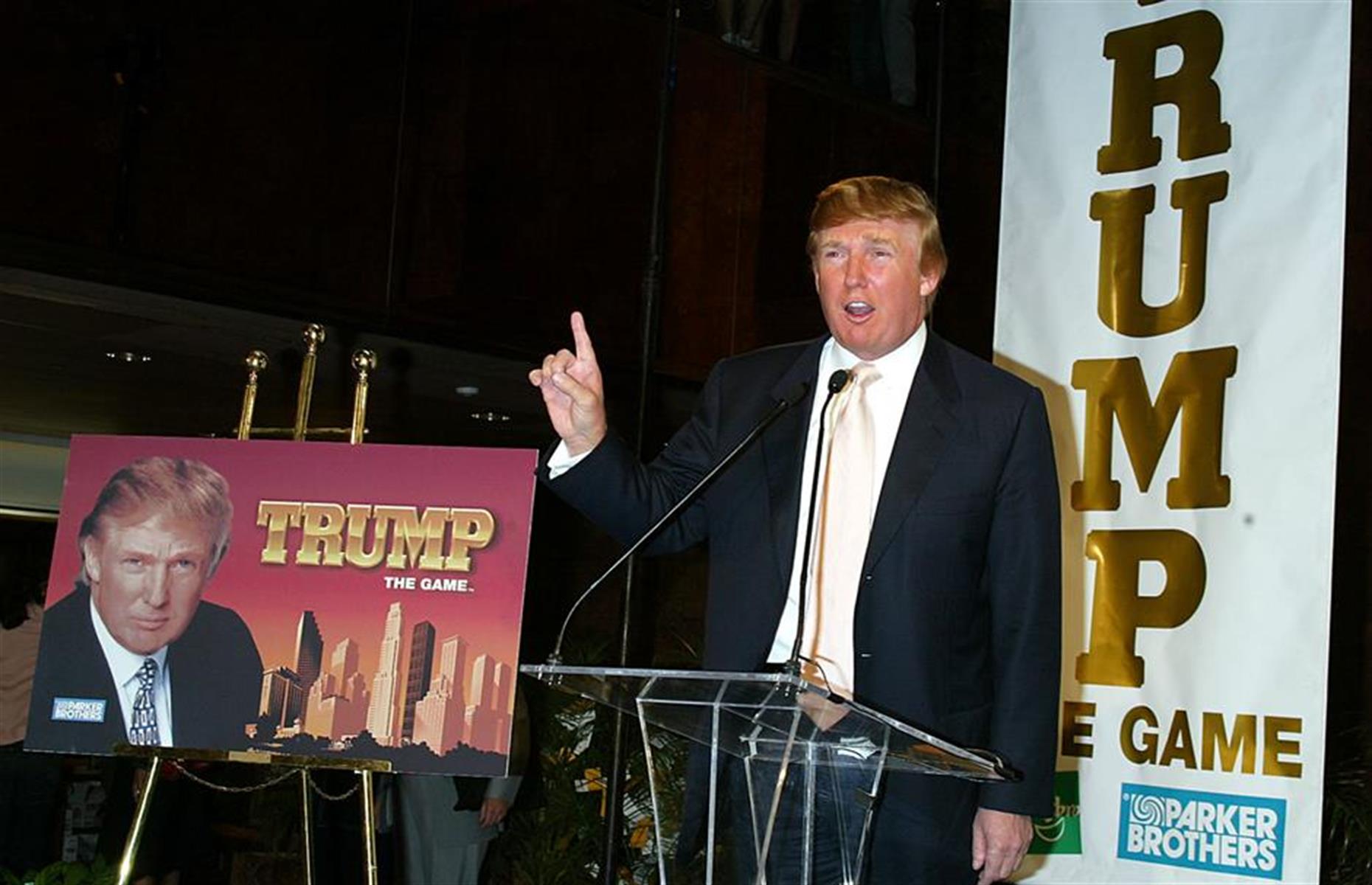 In 1989, Trump was approached by American game inventor Jeffrey Breslow about co-producing a board game. The result was Trump: The Game, a Monopoly-style game initially released by Milton Bradley Company. According to an interview in The Washington Post, Breslow originally suggested splitting the proceeds 50-50, but Trump – who claimed he didn't "do" 50-50 – said he wanted 60% of the profits. "The game wasn’t sellable without Donald Trump," Breslow conceded. "He could have squeezed me for even 80-20. He knew he was in the driver's seat."

However, the wheels soon came off the venture. The game failed to reach sales targets and by 1990, even Trump had apparently agreed the rules were too complicated.

While it’s not unusual for US presidents to grace the covers of magazines, Trump is the only one to appear on the cover of Playboy. Thankfully, he made his 1990 debut fully clothed! He posed in suit trousers, a shirt and a bowtie. However, model Brandi Brandt was dressed much less modestly, wearing nothing but Trump’s jacket. The former POTUS was known to autograph copies of the magazines during his bid for the presidency. 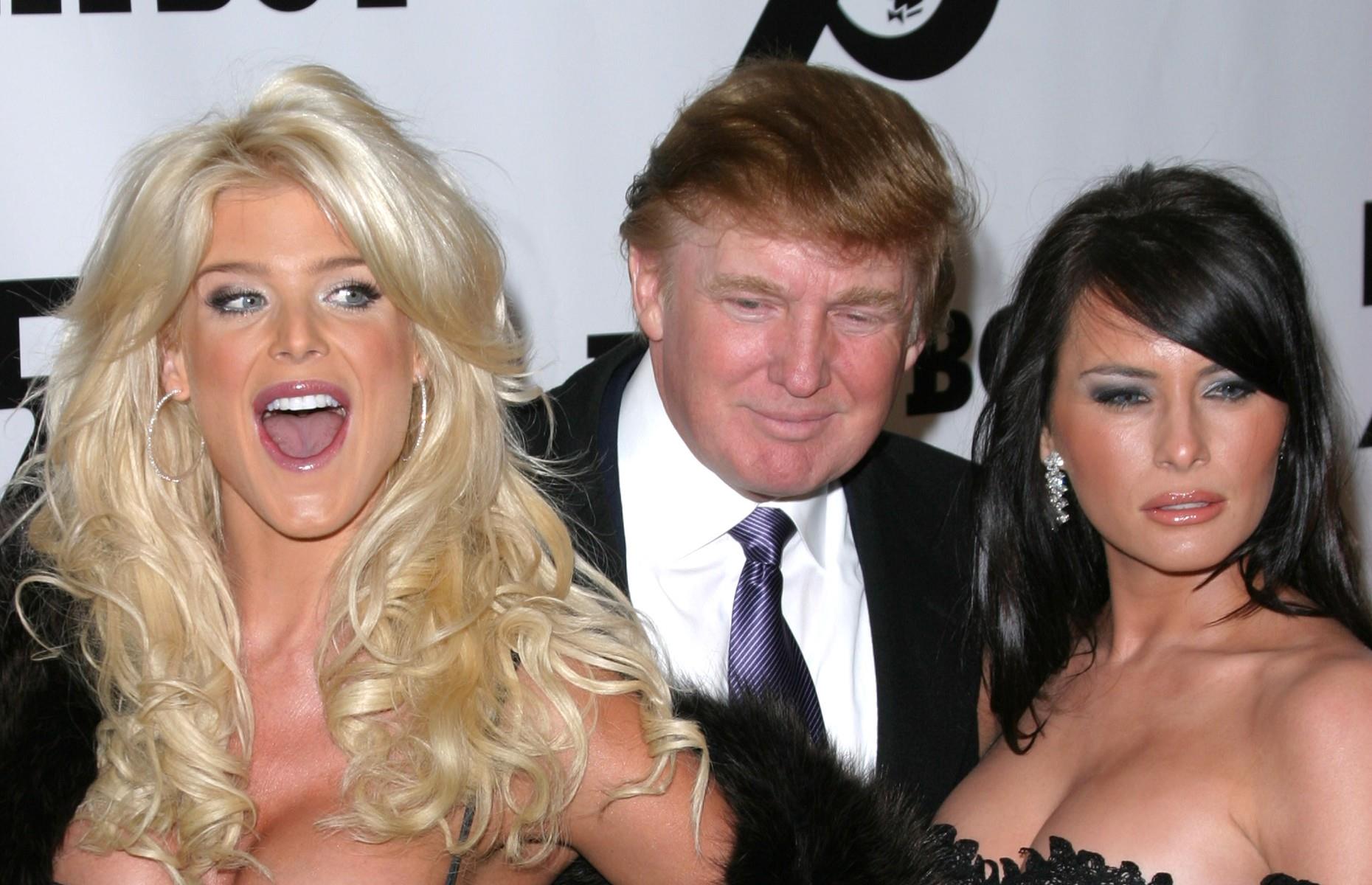 This isn’t Trump’s only connection to the infamous magazine. During the 2016 election, his appearance in a Playboy documentary was controversially unearthed. Made in 1999, the video was titled Playboy Video Centerfold 2000. Right on brand, it featured some seriously sexy scenes. However, Trump didn’t appear in any scenes containing nudity or explicit content.

By the early 1990s, Trump had firmly established himself as a successful businessman and media personality. Brands were eager to snap him up for endorsement deals. In 1992, Trump, alongside his then-wife Ivana, appeared in a TV commercial for Pizza Hut. Over the years, he’s appeared in adverts for brands such as Pepsi, Visa, and Oreo. Fittingly, he also appeared in a McDonald's ad in 2002. A major fan of the fast-food franchise, he famously served White House guests a McDonald's buffet during his presidency.

Trump always said he created an empire from the "small loan of $1 million" from his father, so TV producers considered him a great fit to host the reality show The Apprentice. Trump was sceptical at first, stating that reality TV was for the "bottom feeders of society." However, he changed his mind and went on to host the show and its spin-off The Celebrity Apprentice for 14 seasons before stepping down to focus on his presidential campaign.

Discover the inside story of Donald Trump's controversial father

The Apprentice was a huge success and further boosted Trump’s public profile. His catchphrase "You’re fired!" is now iconic. Though it was nominated for eight Emmy Awards it never actually won one. This has caused Trump to claim on several occasions that the award show is rigged.

The Apprentice isn’t Trump's only foray into TV hosting. He hosted the comedy sketch show Saturday Night Live in 2004. He went on to host the show for the second time in 2015 as a presidential candidate. However, it seems unlikely he’ll make a third appearance. According to reports, during his presidency, Trump asked White House aides whether the Department of Justice could investigate Saturday Night Live. He was reportedly upset over actor Alec Baldwin’s now iconic comedic portrayal of him.

Despite being largely teetotal, Trump has tried not once but twice to trademark his own brand of beer. His attempts to launch a lager and American pale ale both fell flat – however, it clearly didn't put him off the beverage industry for good. He's also tried to market soft drinks called Trump Fire and Trump Power, and even launched a line of Trump Vodka, which was produced in the Netherlands and Germany from 2005 to 2011. These ideas all dried up too, but other Trump-branded beers have had more success. Pictured is a beer that was on sale in Ukraine in 2017, depicting the "President of the Divided States of America." 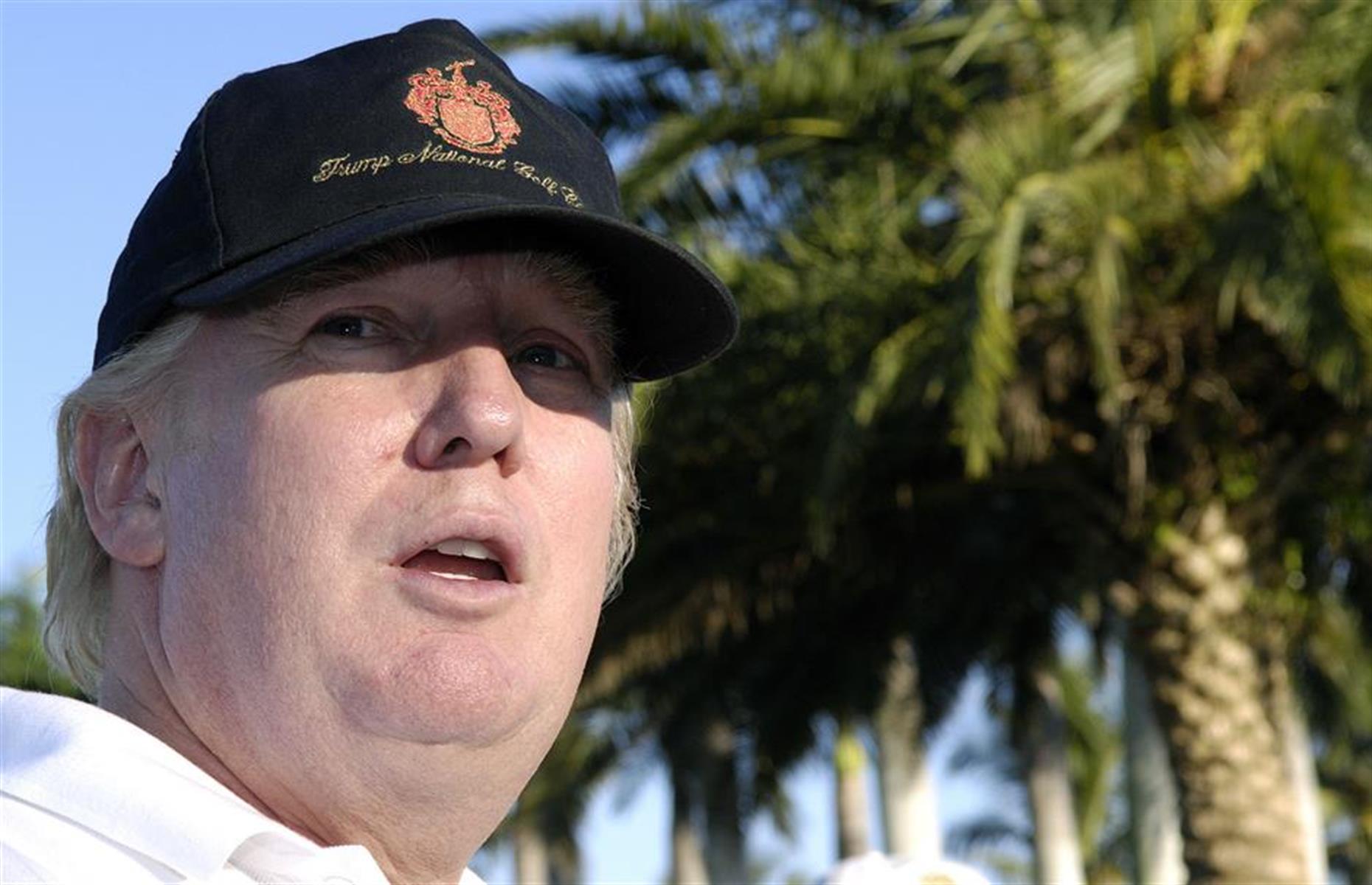 Trump has notoriously been bitten by the travel bug. According to Bustle, the former POTUS had travelled more than any other modern president by the end of 2017, including spending 100 days in one of his non-presidential properties. It's perhaps unsurprising, then, that he tried to turn this passion into a career in 2006. Using the tagline "the art of the travel deal," Trump launched GoTrump.com, a travel website that claimed to "find you the great travel deals, whether you are looking to book a luxury getaway or just want the best rate on airlines and hotels worldwide." The website itself didn't go far. By 2007 the company had closed and the URL redirected to Trump's presidential campaign. The web address has since been bought by anti-Trump group The Lincoln Project, to whose home page it now redirects.

In 2007, Trump expanded his business empire to include Trump Steaks: a line of beef products that were sold through Sharper Image stores and mail orders. The Classic Collection, which retailed for $199 (around $284/£237 in today's money), included two filet mignons, two rib-eyes, and 12 burgers. But Trump Steaks failed to make the cut. Sales were soon discontinued, and the flagship Trump Steakhouse in Las Vegas was closed down due to over 50 health violations. The bizarre and ultimately unsuccessful business move might seem a rogue turn for Trump, but it makes a lot more sense when you consider that he owed more than $715,000 to butchers Buckhead Beef...

Trump is the only US President who can say he is a WWE Hall of Famer. The saga of Trump and WrestleMania began when Vince McMahon, CEO of WWE, challenged Trump to a match in 2007. Unfortunately, the pair didn’t personally battle it out in the ring. Instead, they each chose a wrestling star to represent them. McMahon chose Umaga, while Trump picked Bobby Lashley. The event was dubbed The Battle of the Billionaires. 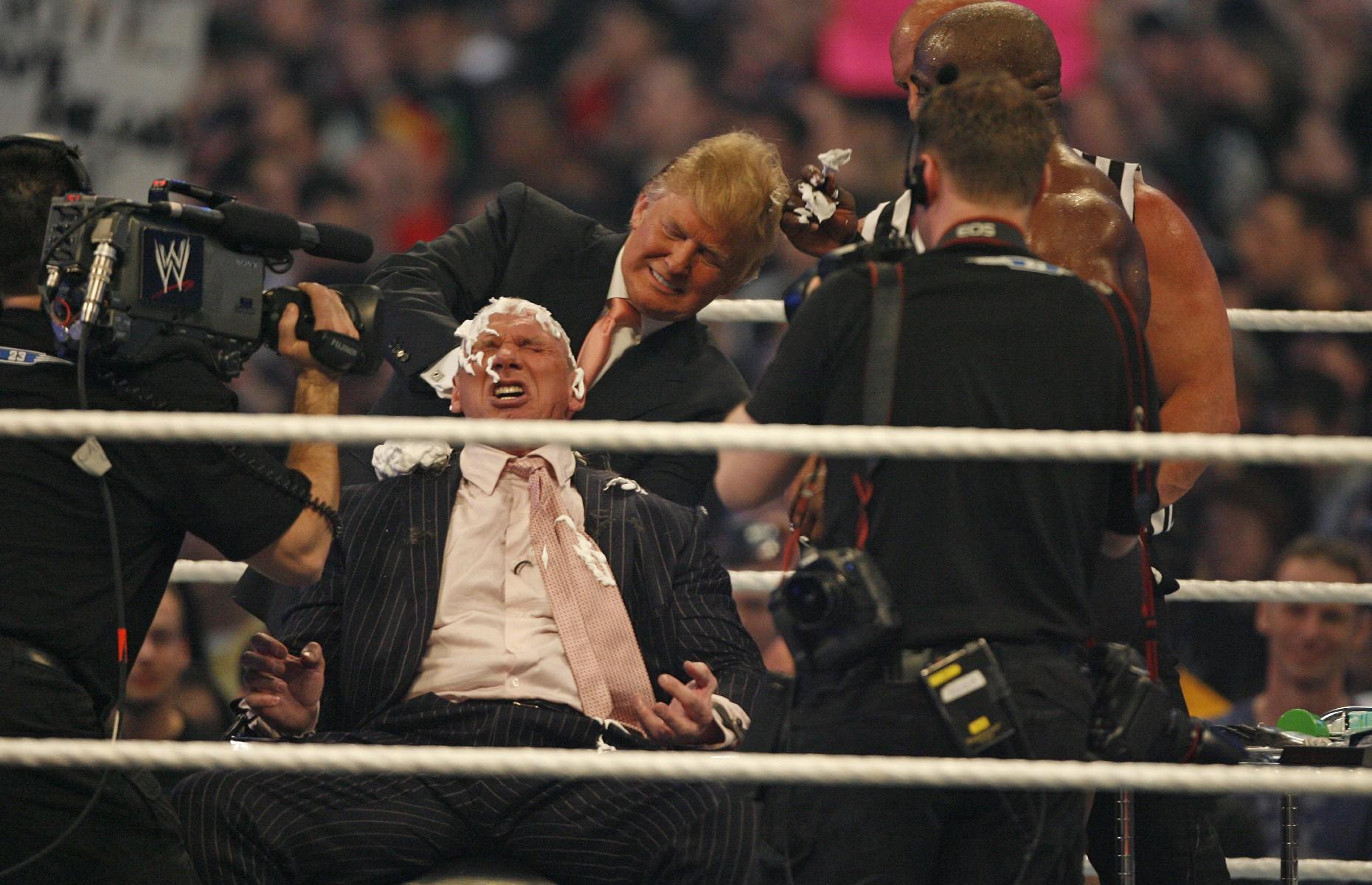 The stakes were raised when it was decided the loser of the match would have his hair shaved off on television. Trump came out on top so, unfortunately for fans, they didn’t get to see him lose his trademark locks. McMahon followed through with the forfeit in one of WWE's most famed moments.

In September last year, Trump made his boxing commentator debut during a four-fight show headlined by Evander Holyfield vs Victor Belfort. The boxers weren’t the only ones throwing punches though. In true Trump style, the former POTUS couldn’t resist taking a swipe at his rival, President Joe Biden. Commenting on bad decisions made in the sport over the years, he quipped: “It’s like the elections. It could be rigged.”