How many people are working from home?

Prior to the COVID-19 pandemic just 5% of people worked from home in Europe, while in the US only 7% of the workforce made their home their office. But now more people than ever are working from home as much of the world has gone into lockdown. And as governments start to reopen their countries and businesses, the rules of social distancing will mean that some office workers and businesses will continue to stay at home wherever possible. Not only that but the demand for remote working may rise, as many workers become accustomed to the benefits of working from home culture. Click or scroll through to find out how many people are working from home in countries around the world today. 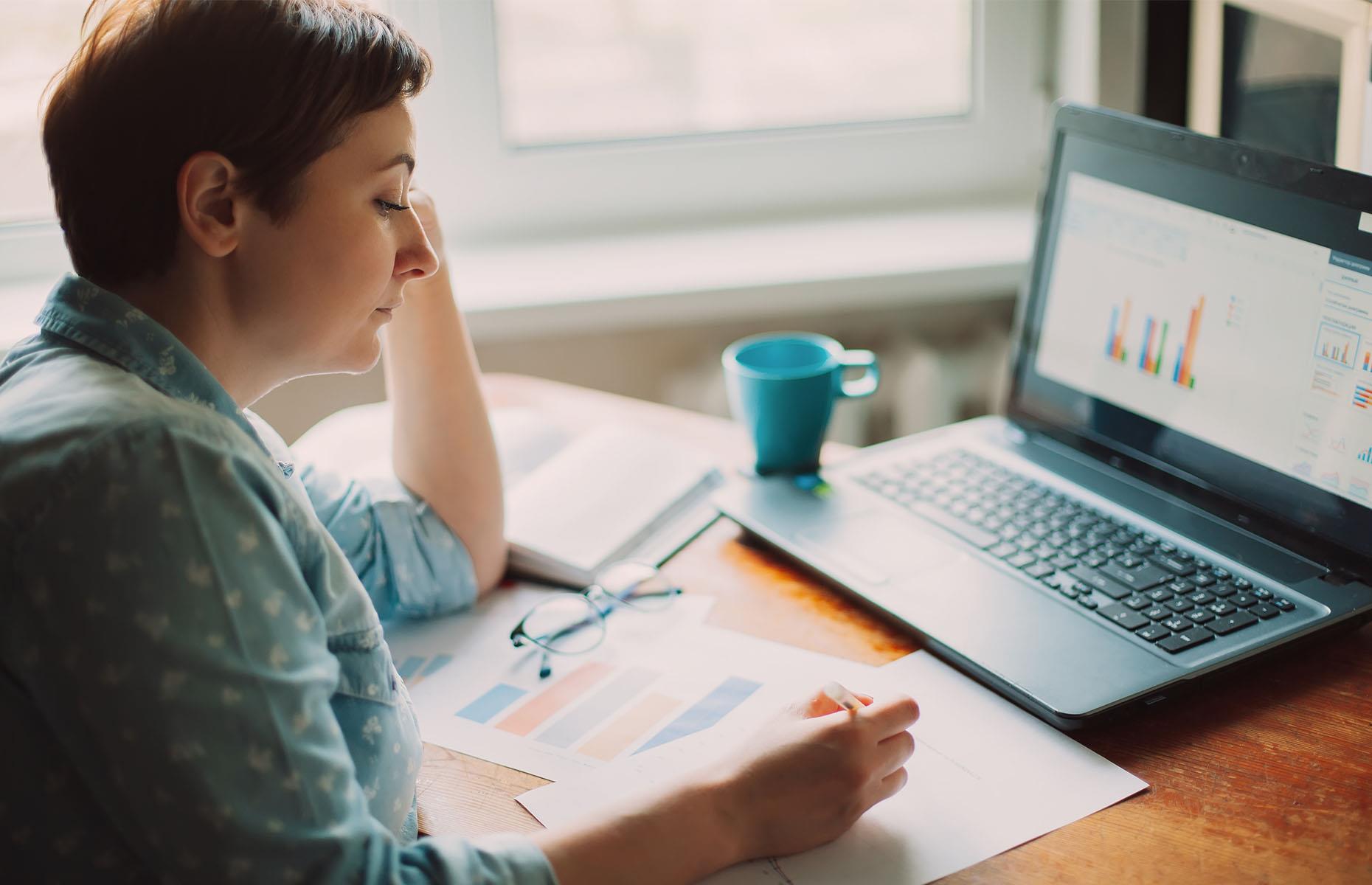 Of the 4.5 million people employed, just over 2% of Hungarians usually work from home, growing to 6% when including people who do so just some of the time. Local economists estimate this has grown tenfold since the COVID-19 outbreak. However, an analyst with Erste Bank told Visegrad Insight that it’s not likely to last, and will depend on the country's "general economic outlook". 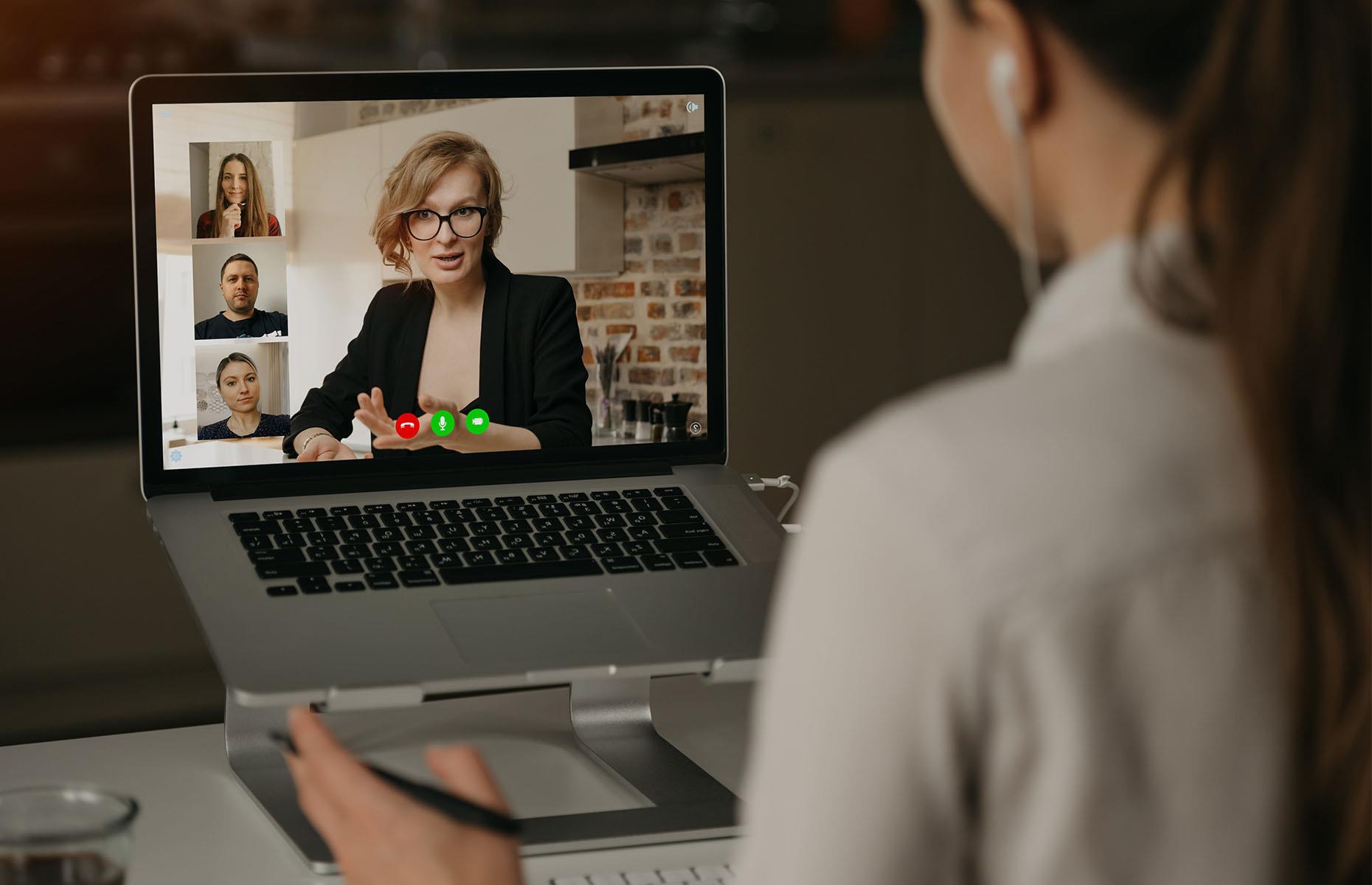 With 45 million people in employment, around 12% of Germans worked from home before the pandemic. The service sector accounts for nearly three-quarters of jobs, with manufacturing as the second largest sector at 25%. Working from home has more than doubled this spring, and there is momentum for long-term changes. The labour and social affairs minister said he will introduce a bill later this year that will give Germans the right to work from home, as long as the workplace allows it. 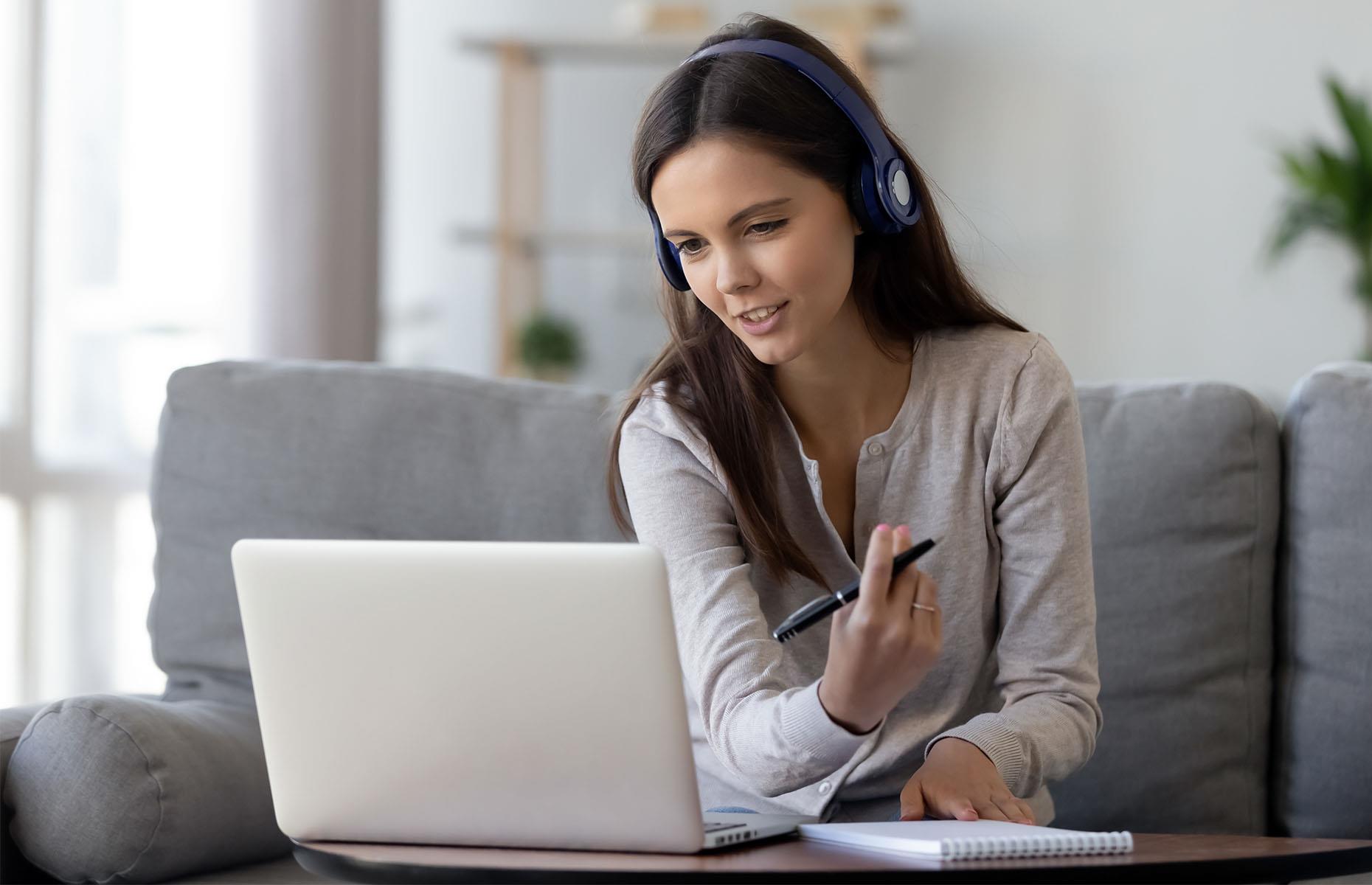 Around one-quarter of the 10 million-strong Australian workforce works from home at least part of the time, according to the Australian Bureau of Statistics. The agency released preliminary data on staff location changes in its largest sectors during the pandemic. Among them 25% of professional, scientific and technical service businesses have initiated home working. Changes have already made their mark with Aussie firm Optus saying work-at-home measures will be a permanent feature. 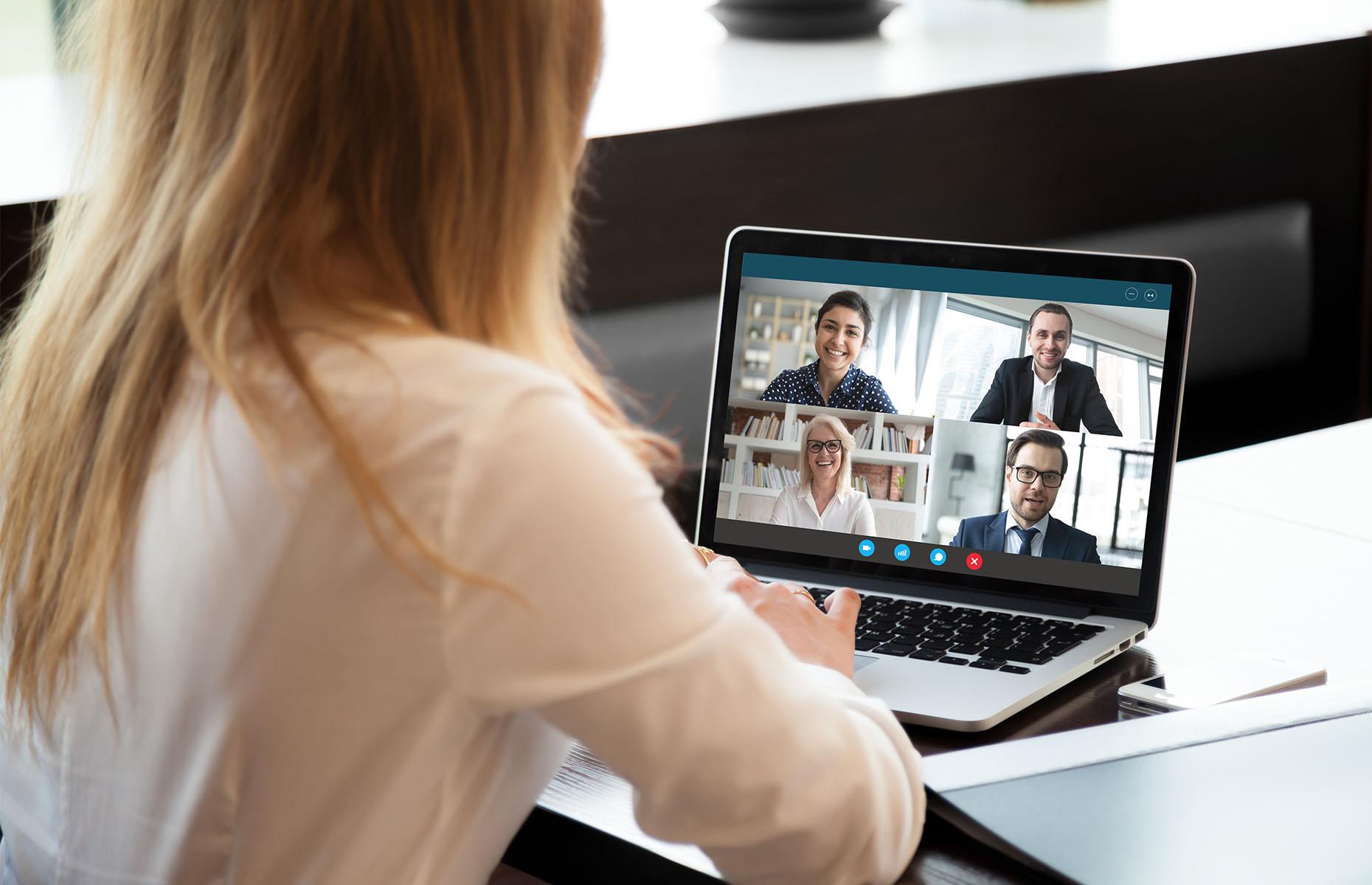 In 2017, a little over 4% of Poles reported usually working from home. But coronavirus has seen that number grow to nearly one-third for the country’s 16 million workers, according to Polish media. This new transition may not have been smooth for all firms, with only 12% of Polish companies using cloud computing services in 2018, according to Eurostat. Whether the long-term adoption of new technology and workplace flexibility takes hold remains to be seen. 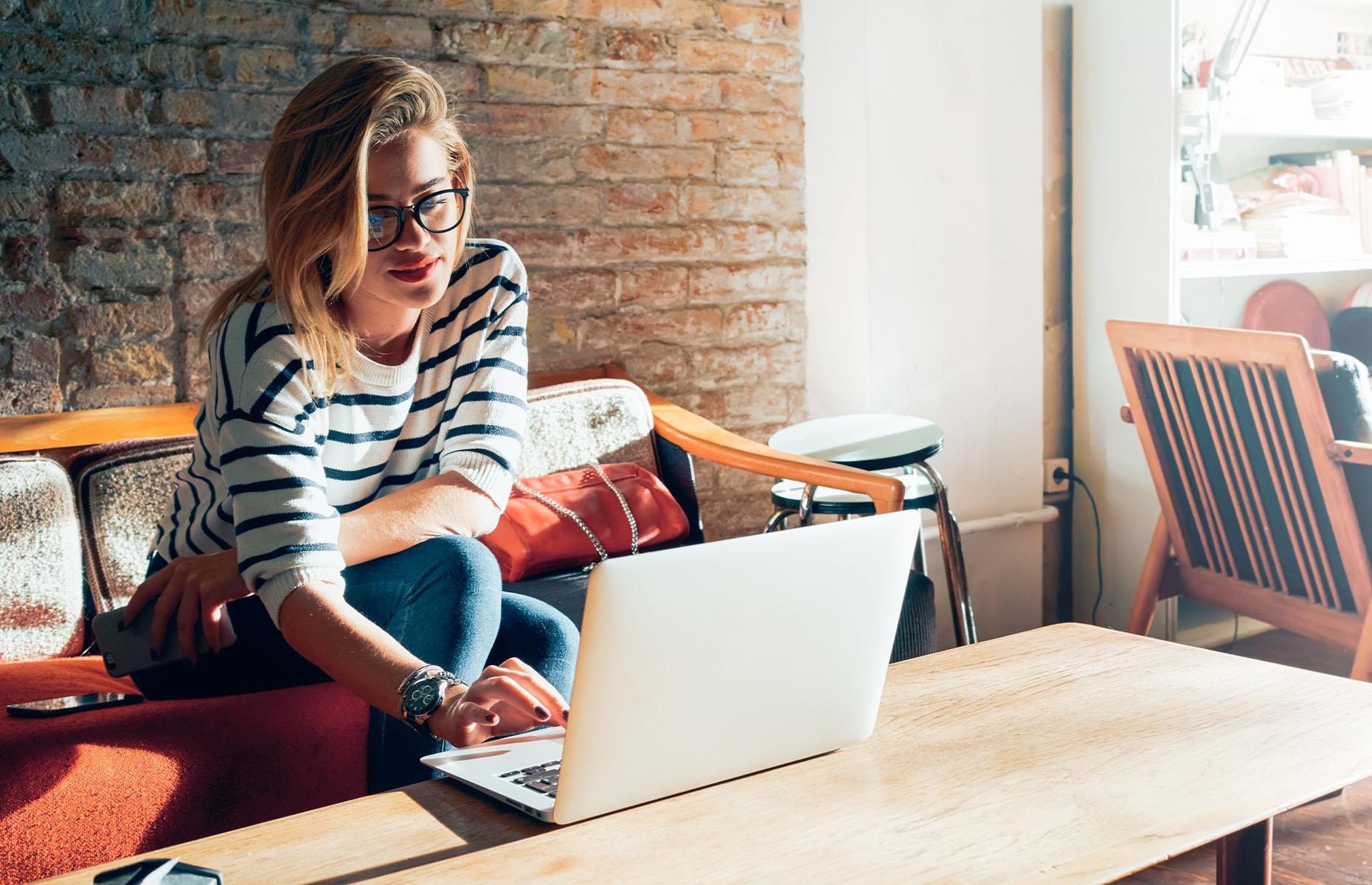 In March the government sent public sector workers who weren't on the frontline home, and encouraged the private sector to work remotely. At least one in three private sector employees reported working from home in March, according to a survey by local media. However, it’s not much of a change for the 2.8 million-strong workforce. Around 27% of Danish workers said they worked from home at least some of the time in 2018, though only 8% regularly work from home. 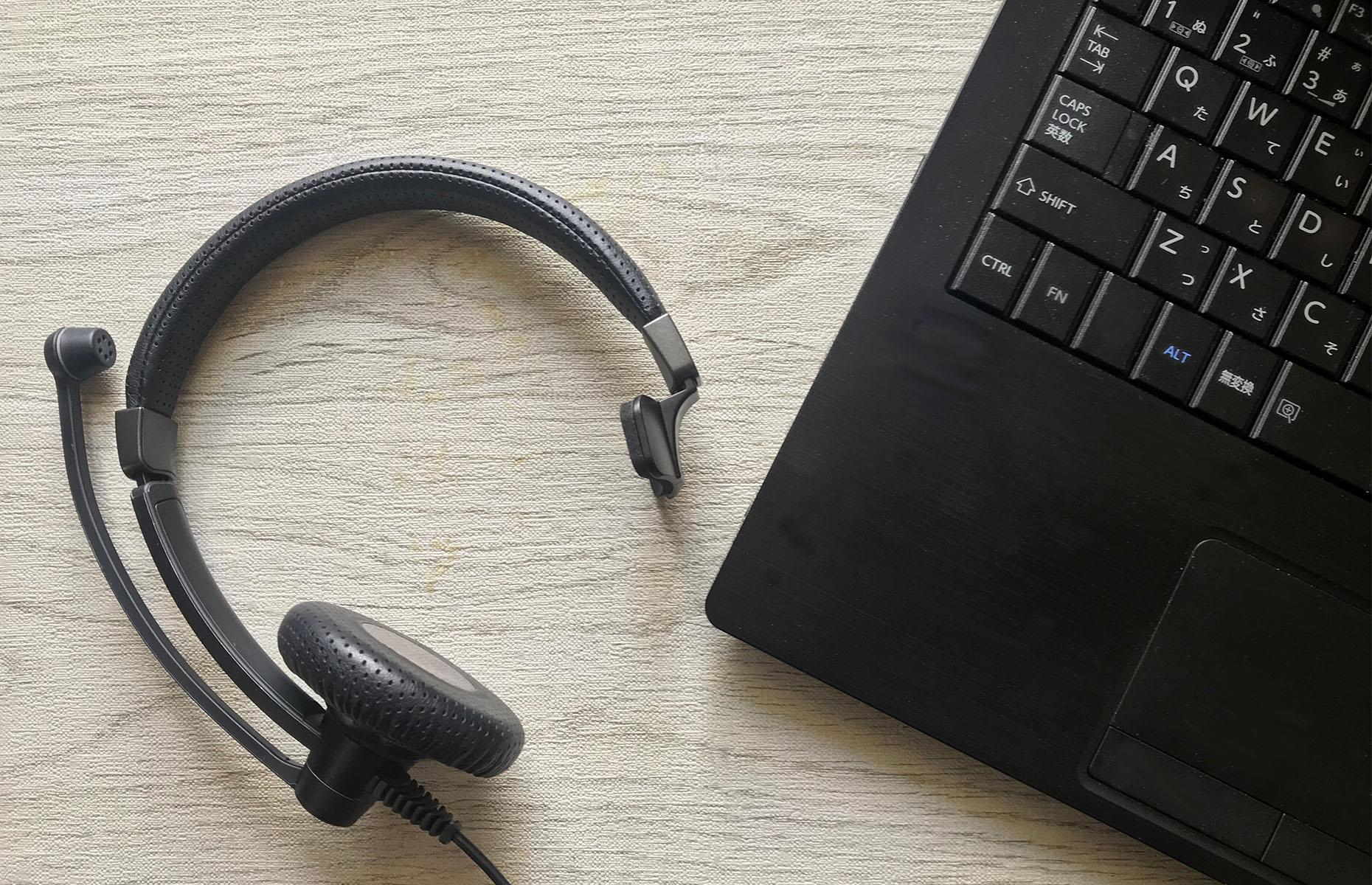 More than 40% of India’s 400 million-person workforce is employed in agriculture, and deemed essential during lockdown. The rest is divided among industry (25%) and services (32%). The 2018 IWG Flexible Working Survey found more than half of those in offices worked remotely at least once a week. In the IT industry specifically, which employs around 4 million people, up to 95% of businesses now have staff working remotely during lockdown. 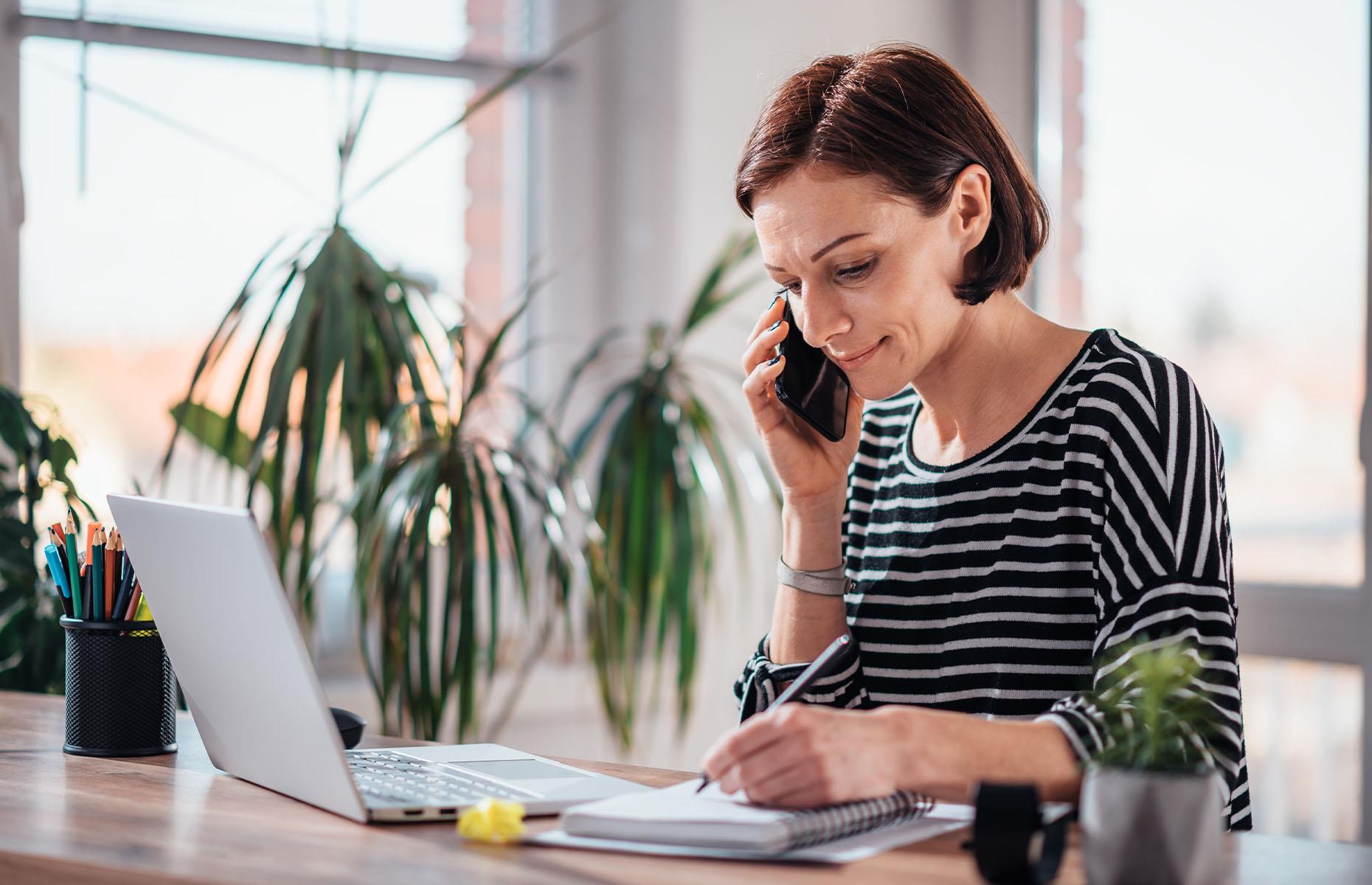 Prior to the outbreak around 9% of the 5.3-million workforce sometimes or usually worked from home. This has more than tripled according to local media. Nearly 60% of employment is in the services sector, with another 38% in industry, and while many closed manufacturers are reopening, office workers have been asked to continue to work remotely. Prague has been named the best city worldwide for remote working, by video call provider Powwownow, due to its internet speeds and low cost of living.
Features 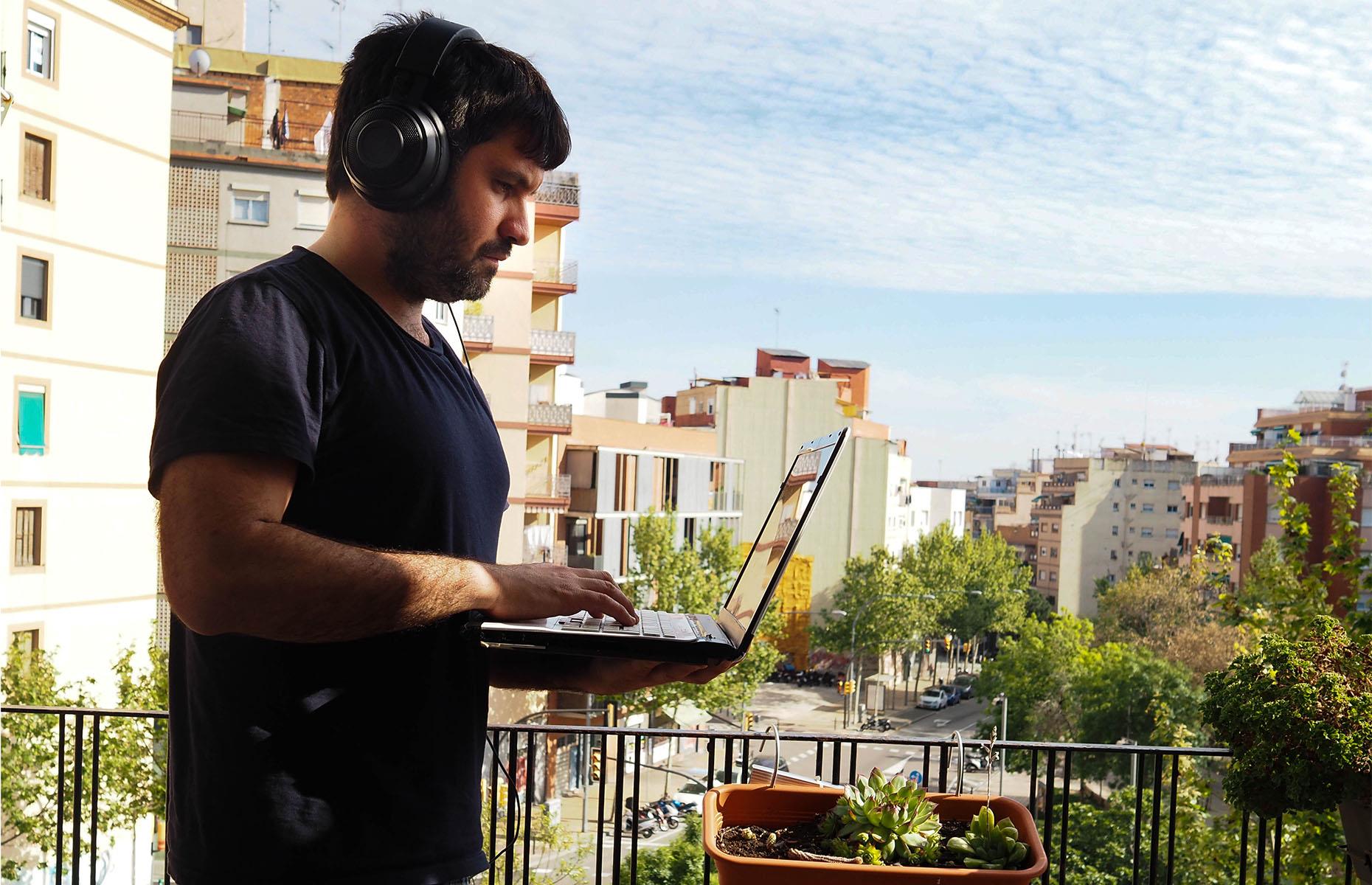 With one of the strictest lockdowns, Spain’s 20 million workers have largely stayed home. Before the COVID-19 crisis only 4.3% Spaniards regularly worked from home, according to Eurostat. While there is no confirmed data on the number working from home currently, the overwhelming majority of Spanish companies employ fewer than 10 people, and according to the Spanish Statistical Office, only 36% of these small businesses had previously provided staff with remote access, compared to 92.5% in bigger firms. At the beginning of April the government started to allow some non-essential workers, who were unable to work from home, to head out to factories and construction sites. 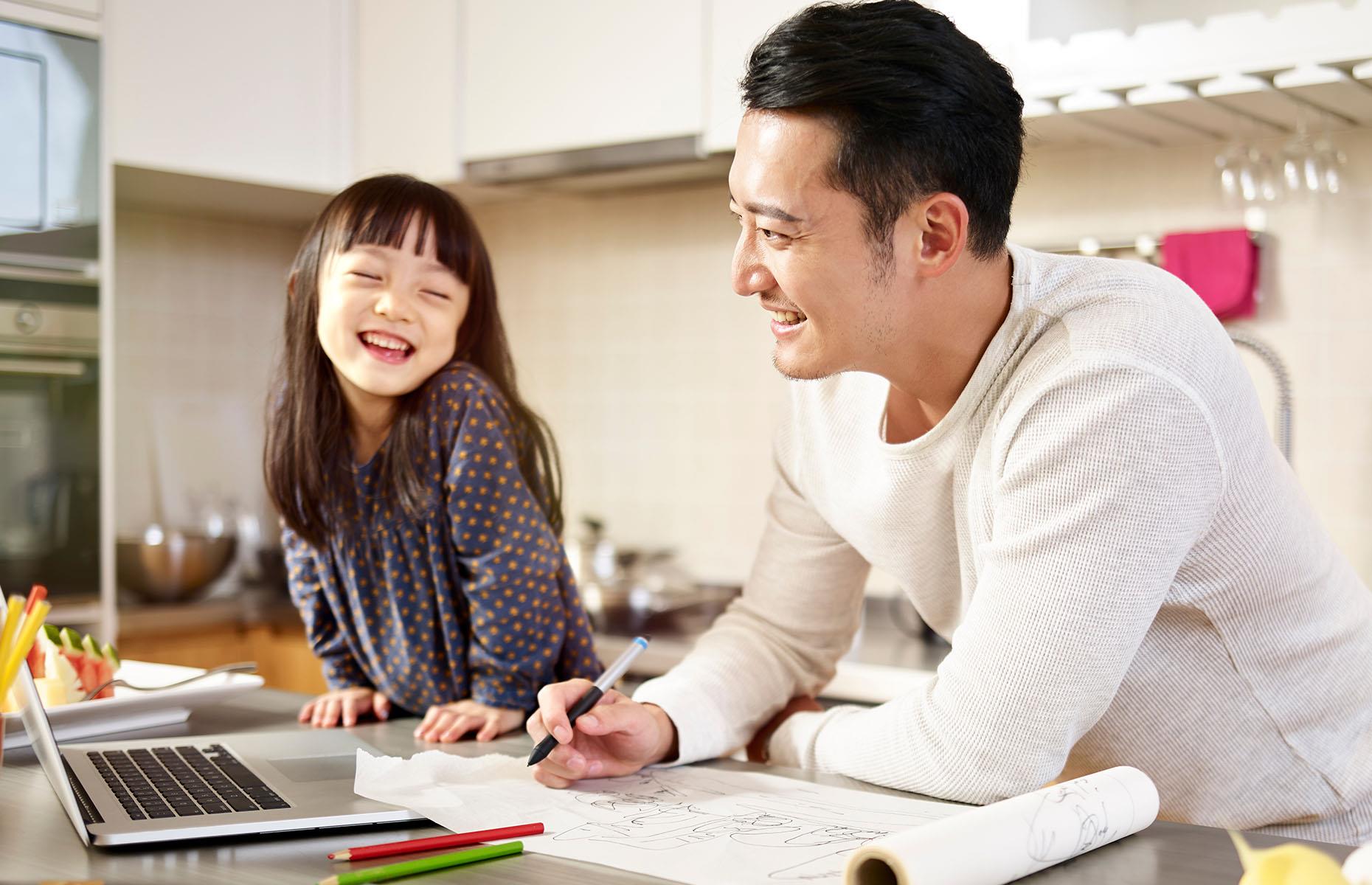 Japan was a step ahead as the country had asked companies to set up remote working before the now-cancelled Olympics in order to take commuter pressure off its transit systems. With 65 million people working, only 8.5% did so at home in 2018. But in March about 39% of workers said they had had to change their working style, such as cancelling events, but just under 20% of businesses actually reported moving to home. Numbers do vary by industry., for example, in health and pharmaceuticals at least 80% had implemented the changes.

Some 28% of the country’s approximately 25.5-million-strong working population worked from home in December 2019, according to data from France’s largest human resources association. This has grown to at least 40% of staff as of 17 March, when president Emmanuel Macron instituted one of the world’s strictest pandemic lockdowns. More than one-third of companies say that they expect this rapid move to working more digitally to be among the positive consequences of the COVID-19 crisis.
Features 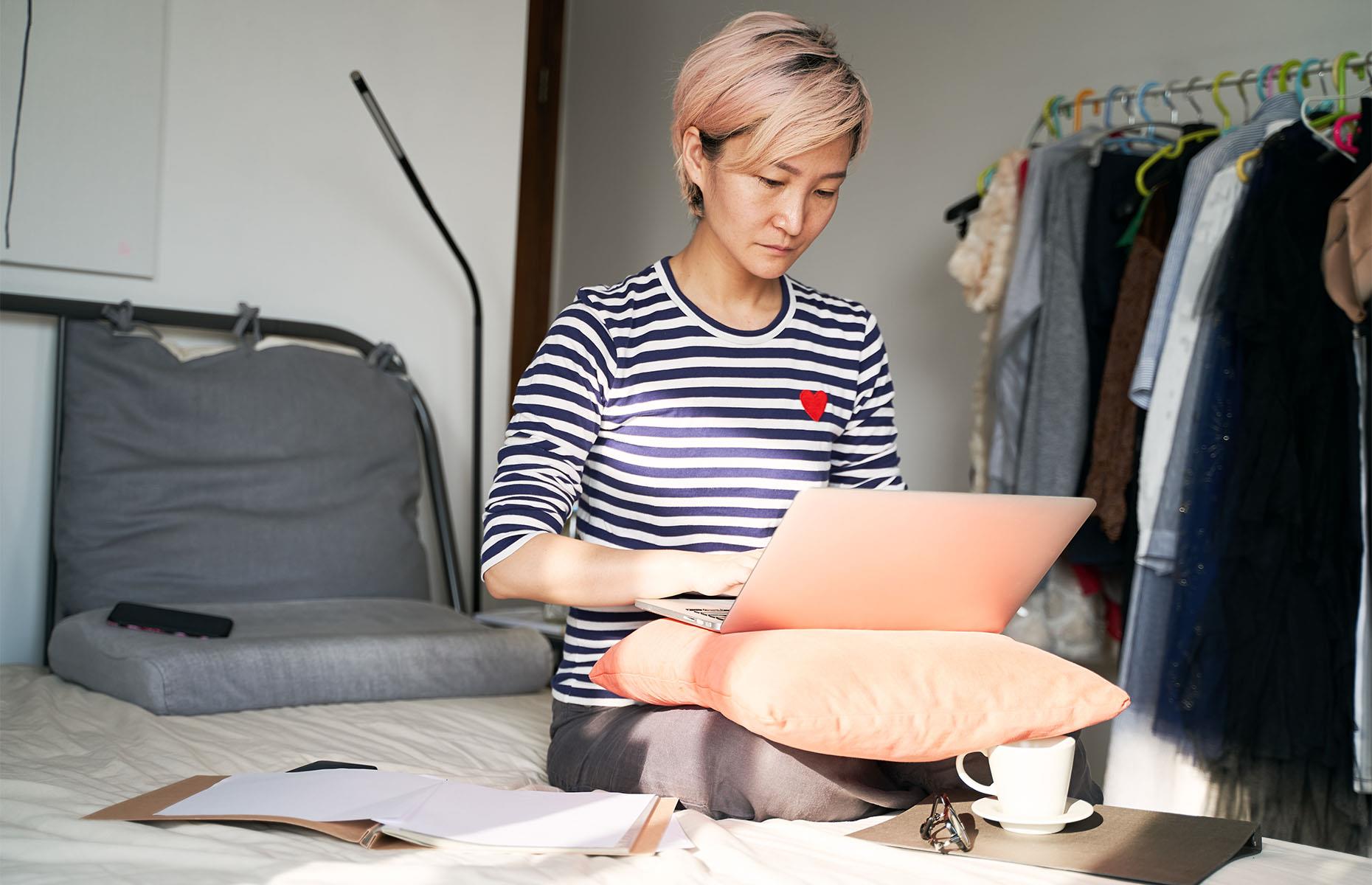 More than 60% of Singaporeans reported working remotely at least once a week, according to the 2018 IWG Flexible Working Survey. With the pandemic the government has restricted most of its 3.8 million workers to their homes, including many public sector workers. However, in early April the Ministry of Manpower said it estimated that only 40% of workers in the central business district had actually been working from home and called on firms to increase remote working.
Features 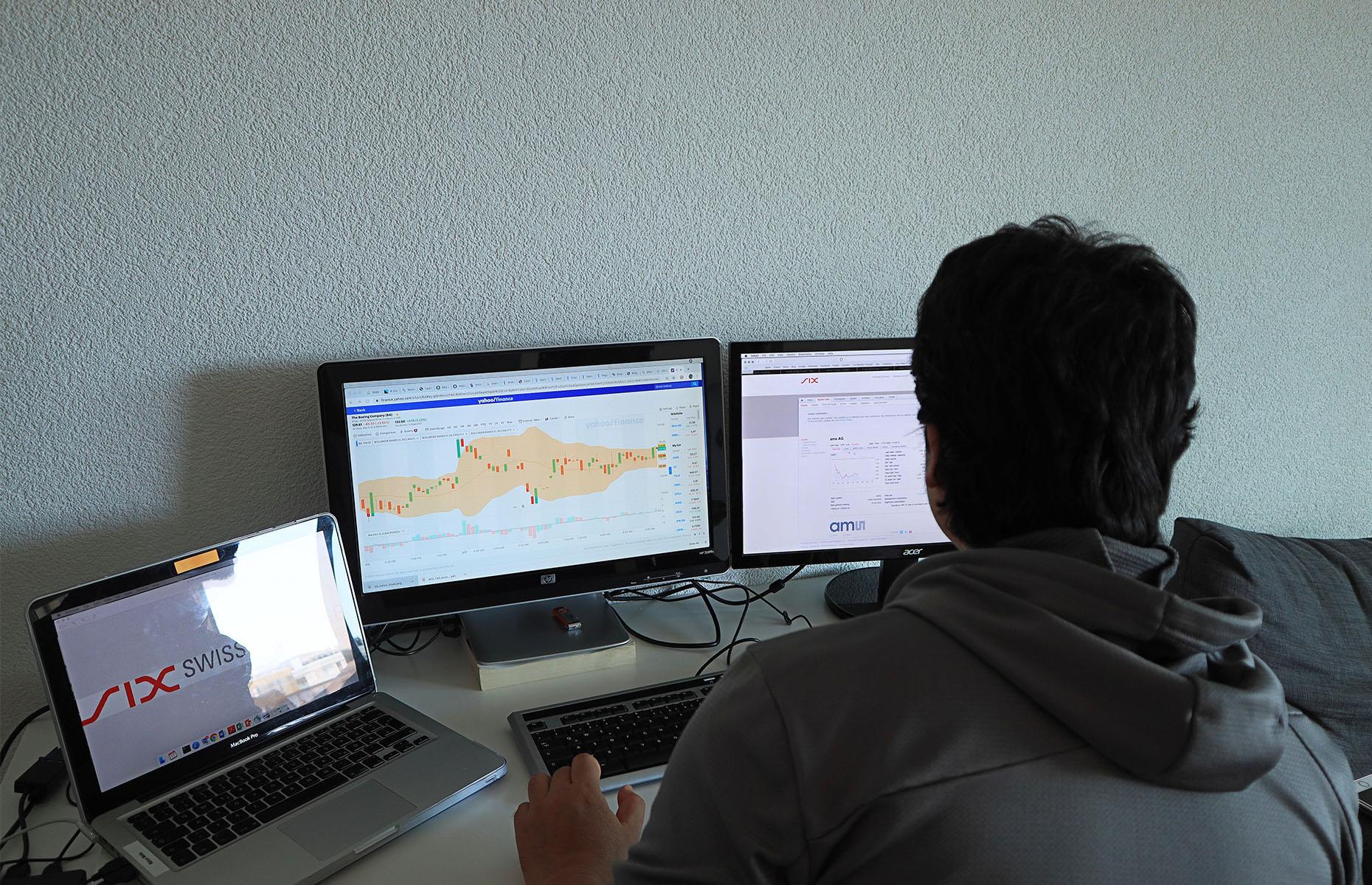 At least one-third of Swiss workers made use of a home office in 2019, with 5% doing so all the time, and another 14% regularly. In specific sectors, like information and communication, the number leaps to more than 60%. The Federation Statistical Office will not release labour data from the COVID-19 outbreak period until September, but research from the University of Basel found that 40% of the country’s 5 million workers had jobs that would enable them to work from home during the pandemic. 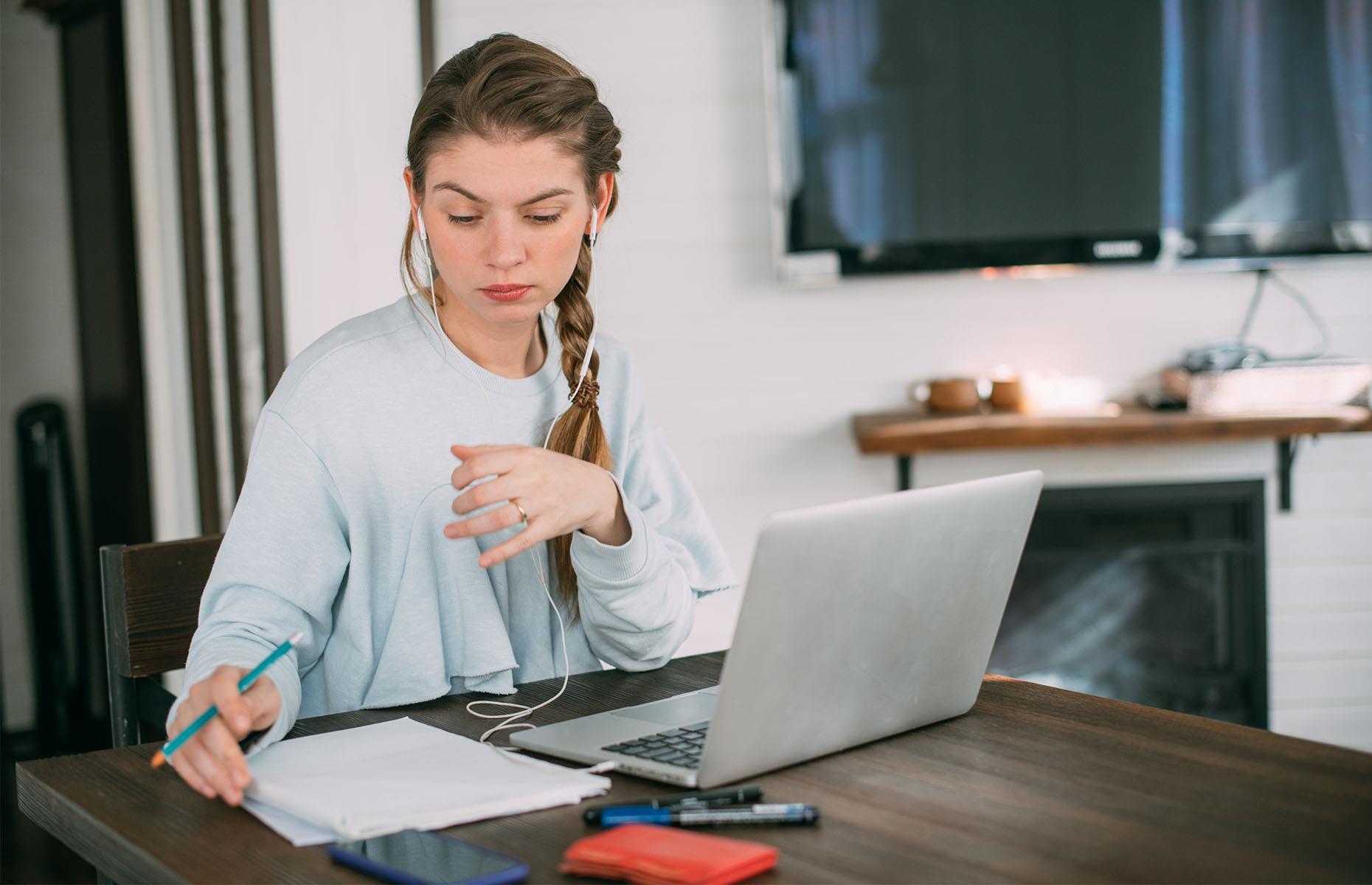 Just over 2 million people regularly worked from home before the pandemic, about 12% of the workforce. They are now joined by another 4.7 million people, Statistics Canada reports. Sending nearly half of the country’s 15.5 million workers home has meant a nearly 60% decrease in travel to workplaces, and a 70% decrease in travel to public transit stations in Ontario, home to the country’s capital, Ottawa, and largest city, Toronto. Polls show 65% of Canada's workers say they’d like to continue working from home. 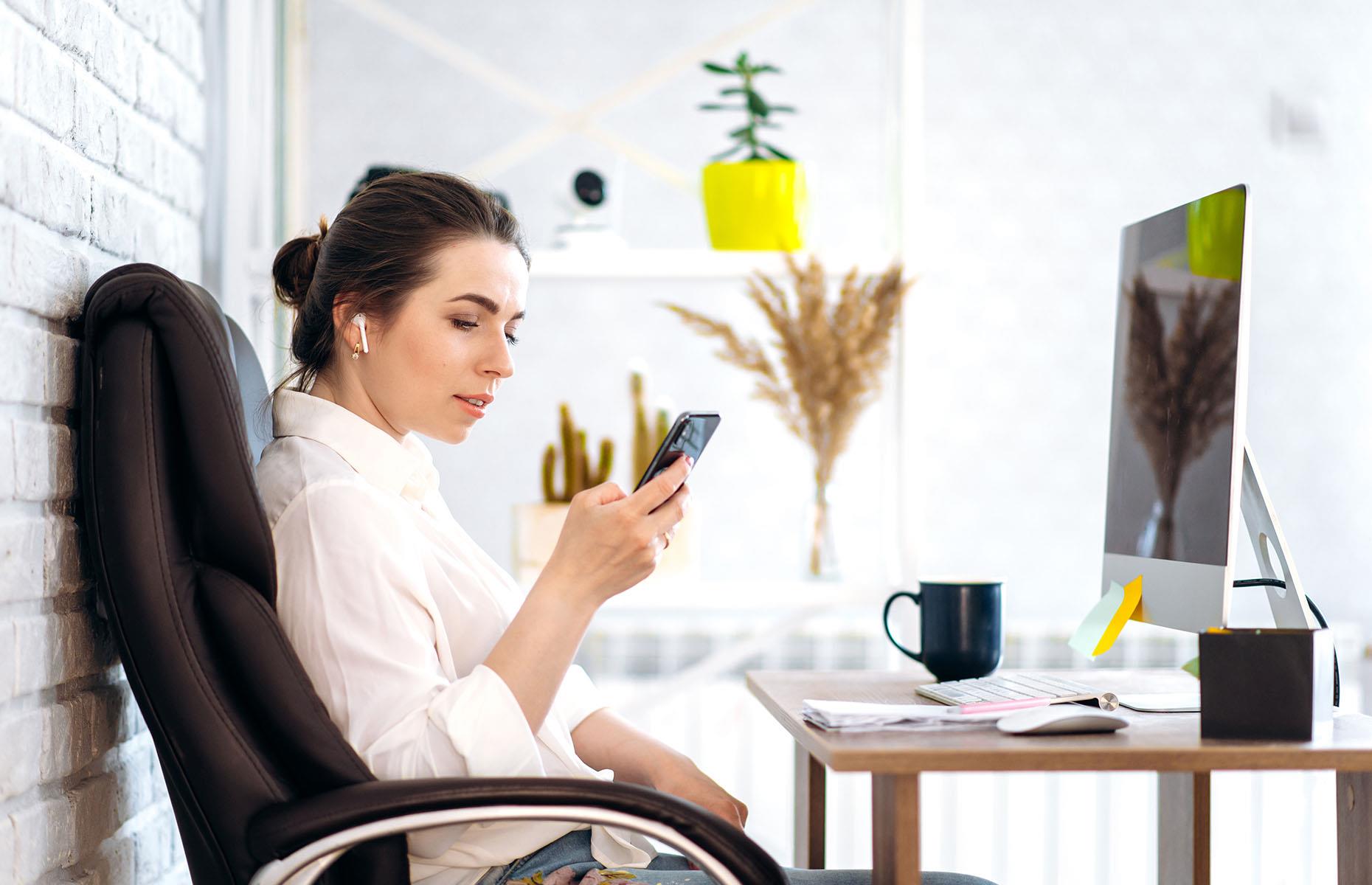 In 2018 at least 12% of Belgium's 4.8 million workers worked from home every day, and nearly one-quarter did so at least once a week. With prime minister Sophie Wilmes announcing lockdown measures to make home offices "the norm", initial estimates show 44% of the population made the transition. And while shops and other businesses are reopening, the government is asking for people to continue to work from home whenever possible. 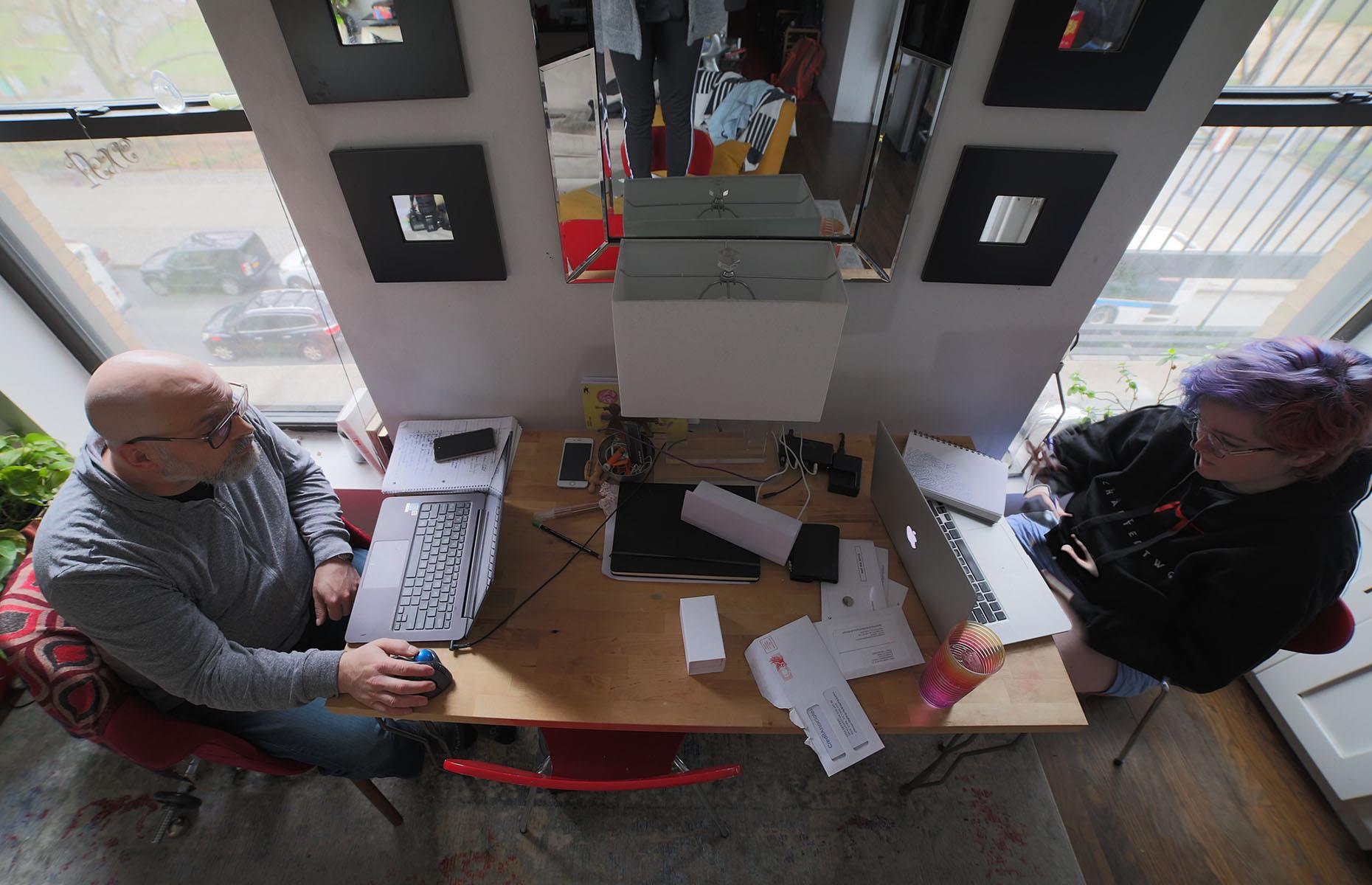 With more than 155 million people employed, around 25% of American workers reported doing work at home before the pandemic, according to the Bureau of Labor statistics. This has doubled due to the COVID-19 crisis. More than one-third has moved to home offices, according to MIT researchers. The Centers for Disease Control say employers should encourage staff to work remotely in all of the forthcoming phases of reopening America. But whether the US is done with commuting culture remains unknown for now. 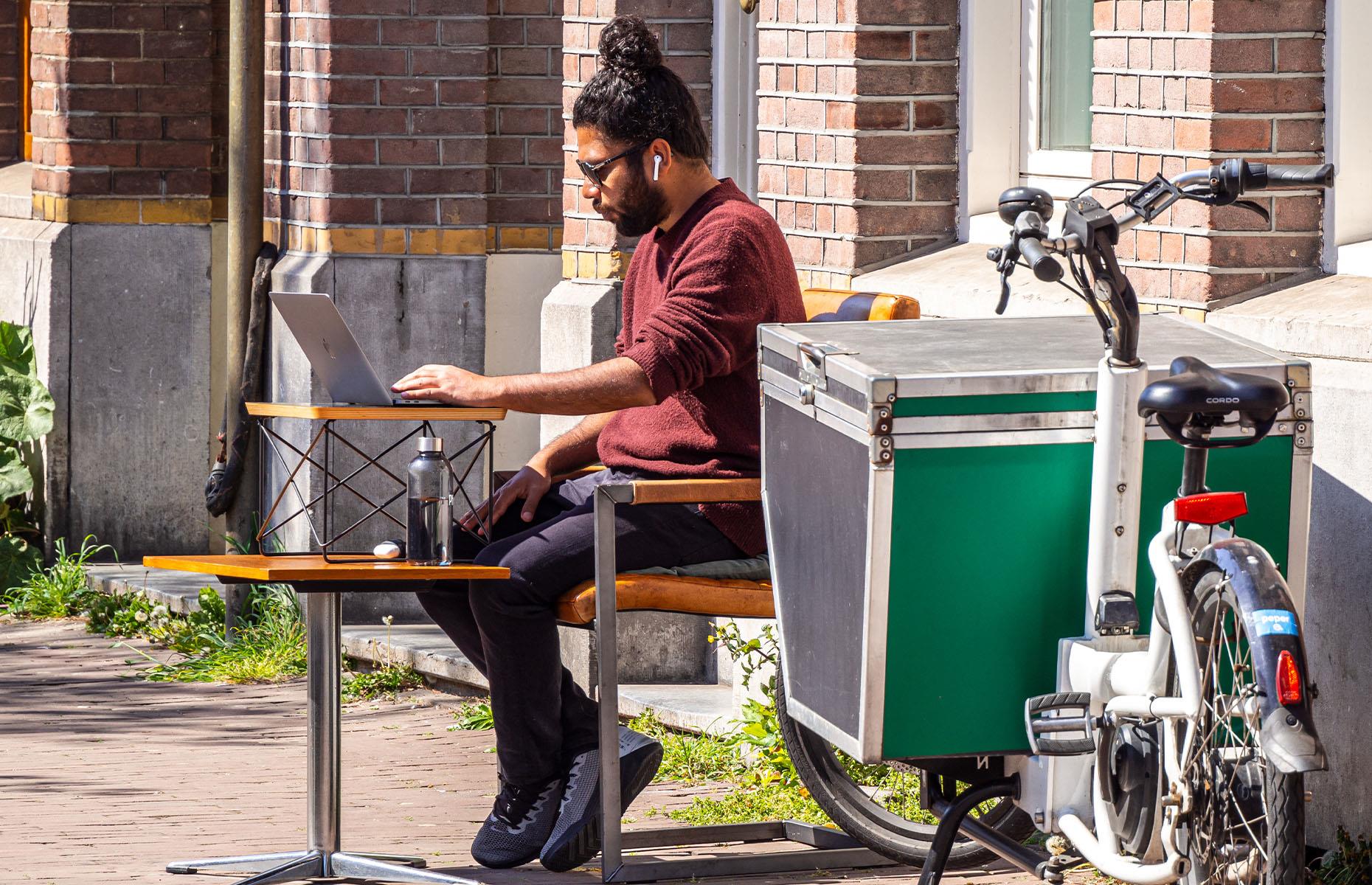 The Netherlands, at least 57%

The Netherlands had more remote workers than any other European country prior to the coronavirus outbreak, with 13.7% of its 7.9 million workers at home. The numbers jump considerably to more than 35% when people who sometimes work from home are also included. Now the pandemic has seen 44% state that they have started working from home or have been working from home more often, according to the Knowledge Institute for Mobility Policy. The study also found that 25% of Dutch workers expect to continue working from home more in the future.

Of its 23 million workers fewer than 3% – about 690,000 people – regularly worked from home before lockdown. Caught unprepared many firms struggled to set up remote working, while Italy saw its peak internet use increase by 30% and telecoms reported increases of as much as 70%. With some furloughed, or laid-off, it is hard to say how many poeple are actually working form home but Forbes estimates that more than 60% have been working from home during lockdown. With Prime Minister Giuseppe Conte loosening restrictions from 4 May, some 2.7 million people are expected to return to work, which means working from home levels will have more than doubled to a minimum 11%. 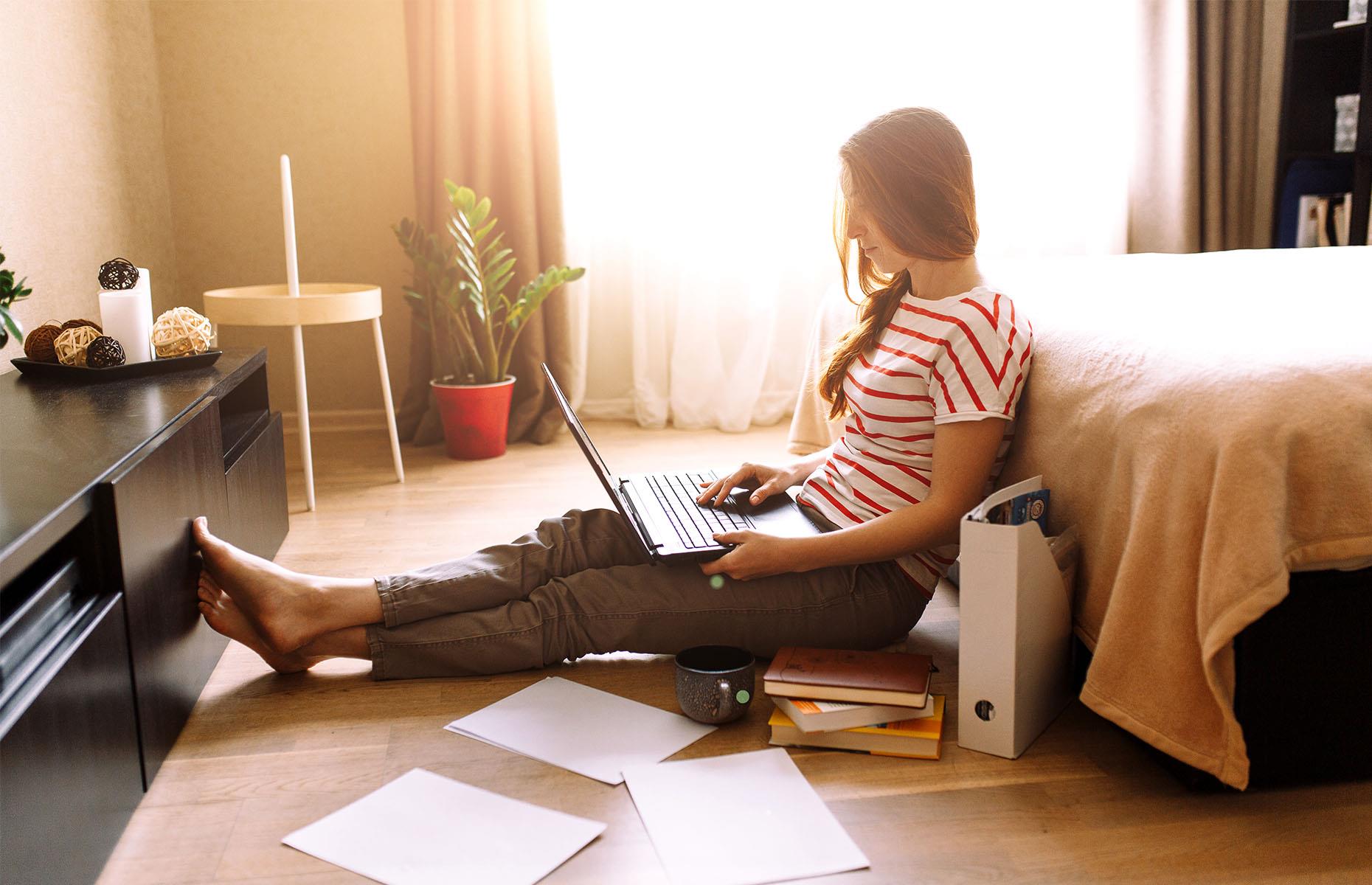 The government has not enacted a lockdown, but has asked people to stay home. Of the more than 5 million people employed, there has been very little change in home working numbers largely because as many as 68% of Swedes already did so at least part time in 2018. More than half of Swedish companies have provided home office working for most of the last 10 years. While an official lockdown is not in place, there has been a nearly 25% decrease in workplace-related travel, according to Google data. 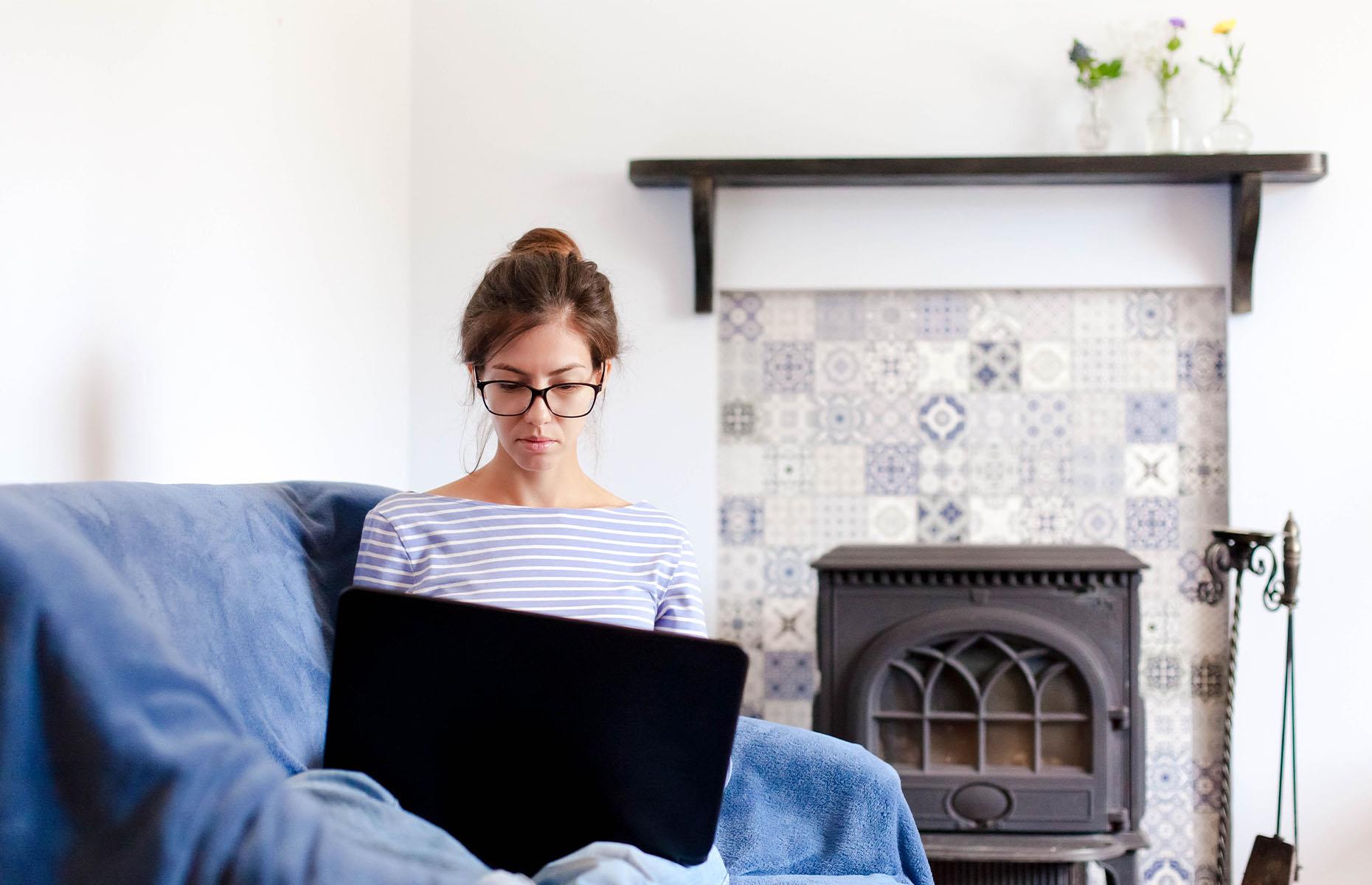 In 2019 only 1.7 million people worked from home, reports the Office for National Statistics (ONS). That’s a mere 5% of the UK's 32.6 million workers, and even adding in part-time employment it is still less than 20%. The ONS estimates at least another 20 million workers have moved to working from home with the lockdown. While the trend has been steadily increasing over the last few years, many of the new numbers include professions that are unlikely to remain permanently remote, such as teachers.

Surprising things the world is buying in lockdown 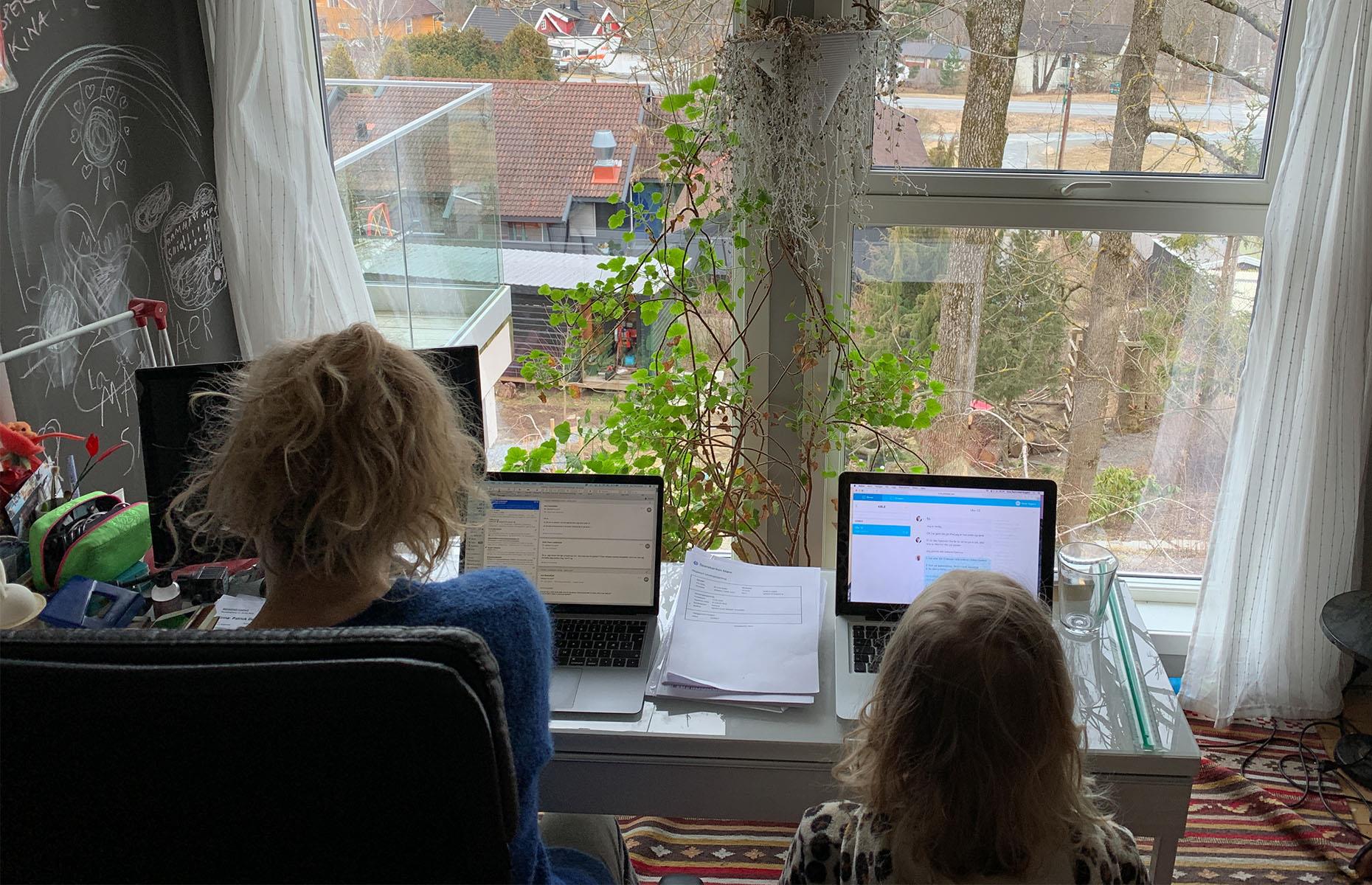 Of the 2.8 million people employed, in 2018 just 11% of workers said they usually or sometimes worked from home. However, in March Norway closed schools, airports and universities, while asking businesses to work remotely where possible. A whopping 76% of residents said they limited or avoided commuting to work during the COVID-19 outbreak. A local survey has found that 22% of Norwegians are still not leaving their house because of the pandemic, even though some businesses are reopening. 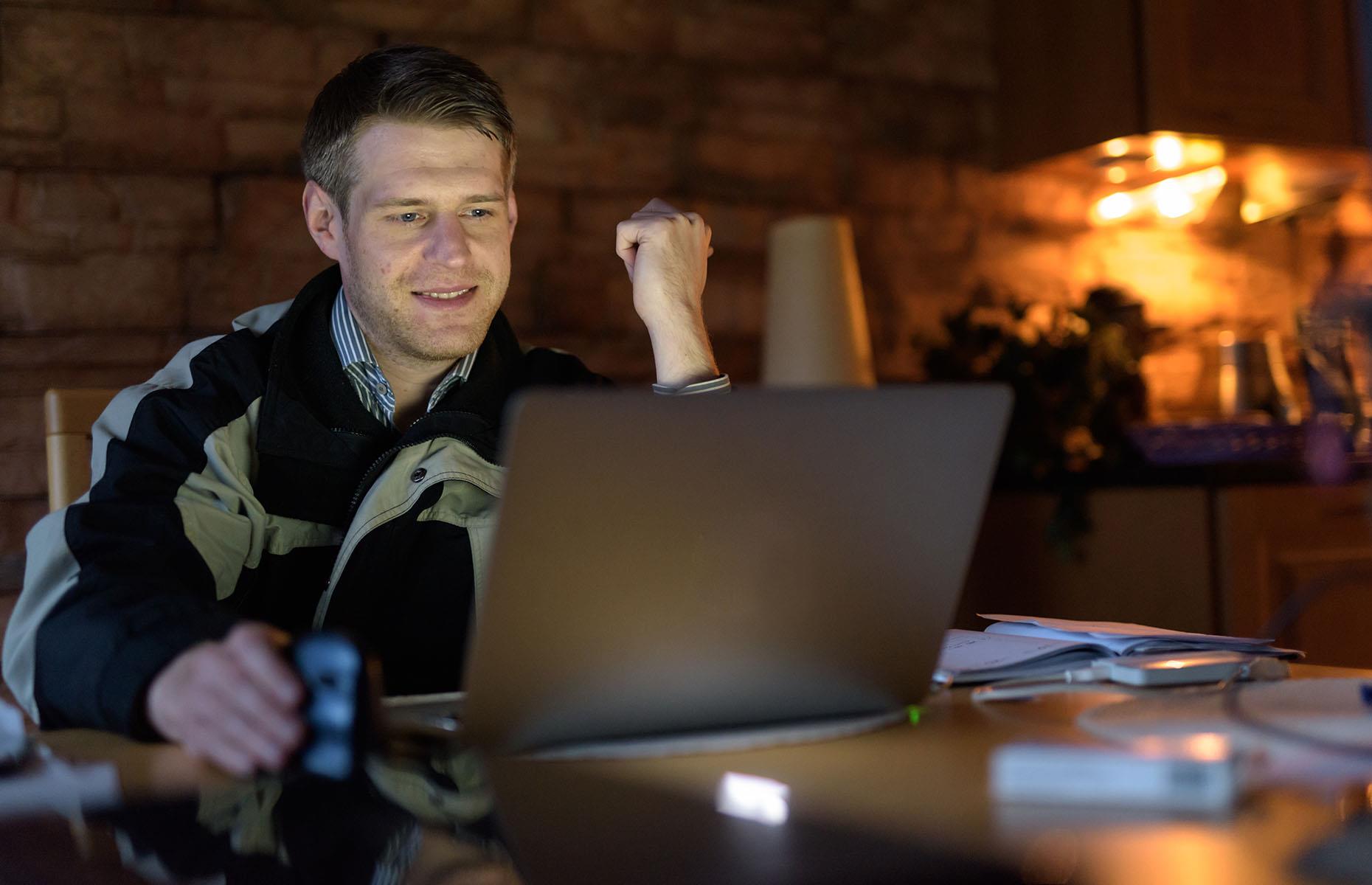 Even with 30% of workers sometimes or usually working remotely, the number of Finns working from home has more than doubled. As of April 76% of employees are working entirely or almost entirely from home. The country has around 2.5 million people employed, many in the service sector, while the City of Helsinki is the largest single employer. Legislation implemented in January gives the majority of full-time employees the right to decide when and where they work for at least half their working hours. 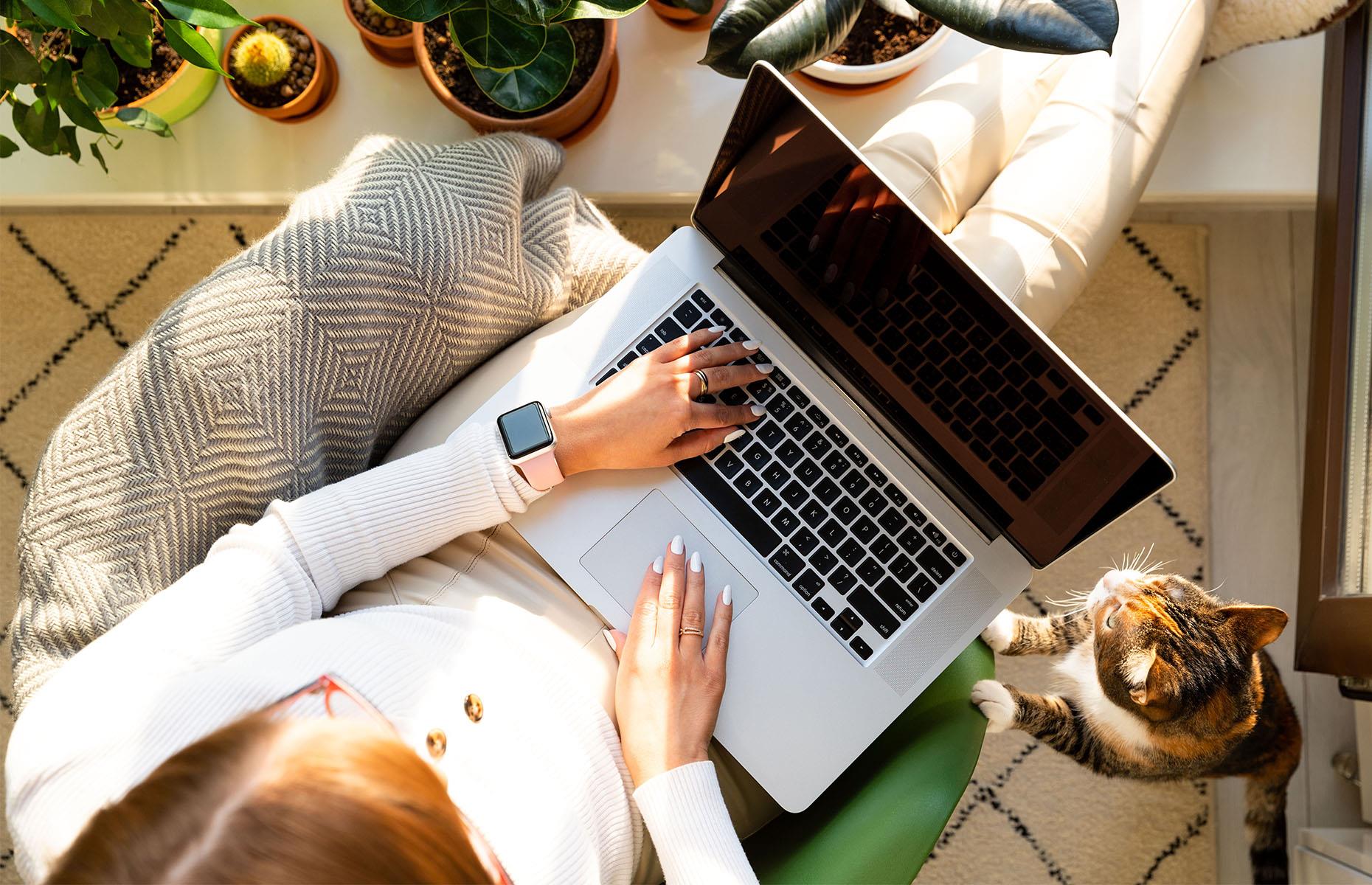 Known as a highly-digital country, 20% of Estonians work from home at least some of the time. Data shows that 99% of government services are available online and 87% of schools already use some form of e-learning. For the just over 700,000 people in employment, many have seen offices and other workplaces close due to the pandemic. In March, 59% of the population reported staying at home and only leaving in exceptional cases, while 31% reported going out but making sure to avoid populated places.

While nearly 20% of the Irish workforce worked from home some of the time before the pandemic, the March lockdown saw a massive shift in remote working for the country’s 2.3 million workers. Recruitment platform IrishJobs.ie found that 9 in 10 employees are now working from home. However, it is unlikely that this level of remote working will be maintained, especially as almost 80% of respondents said that they missed their usual working environment.

Industries that will boom after coronavirus