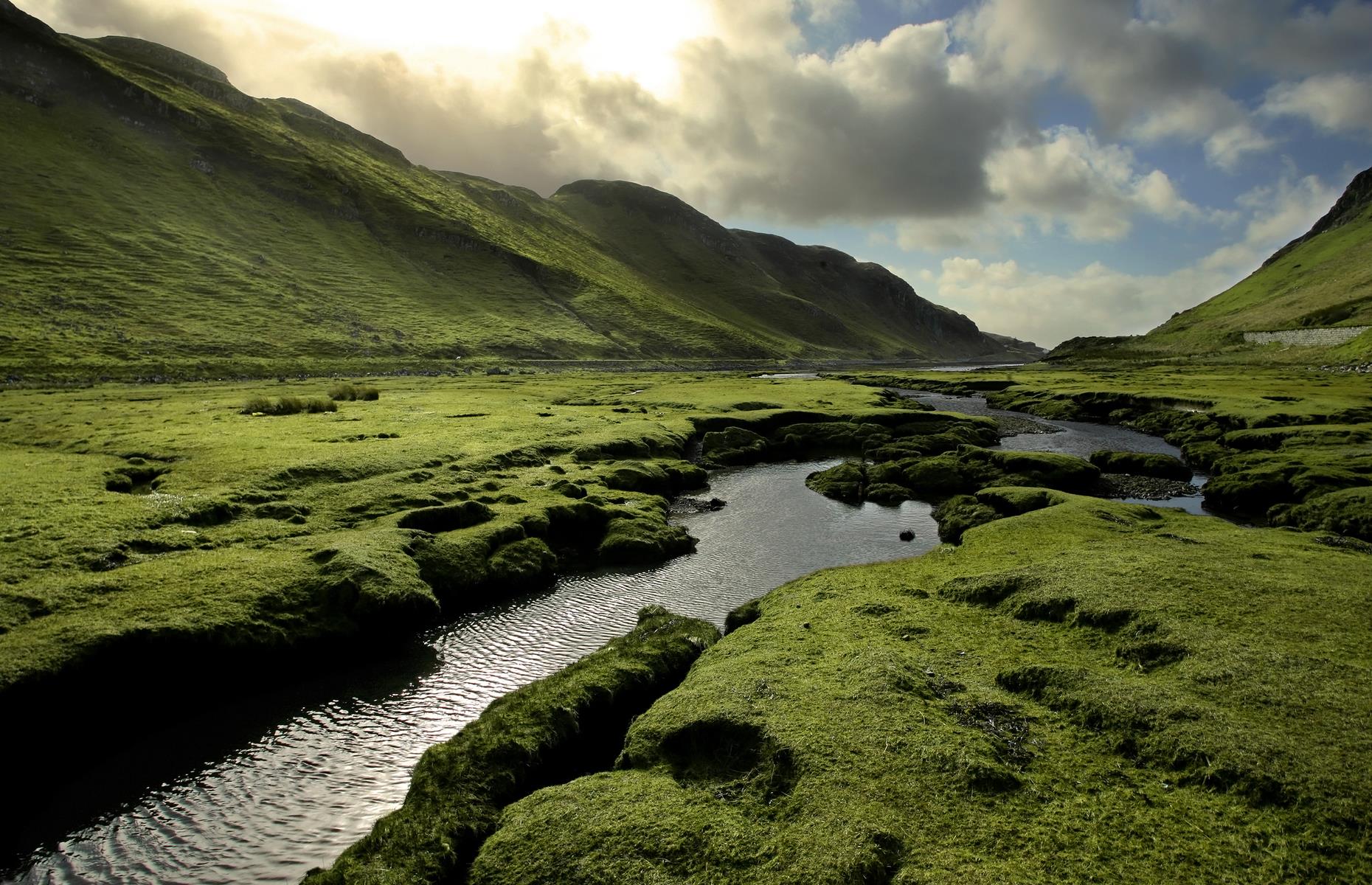 From ancient artefacts to golden nuggets, read on to discover some of the most incredible treasures dredged from the world's lakes and rivers. All dollar values in US dollars. 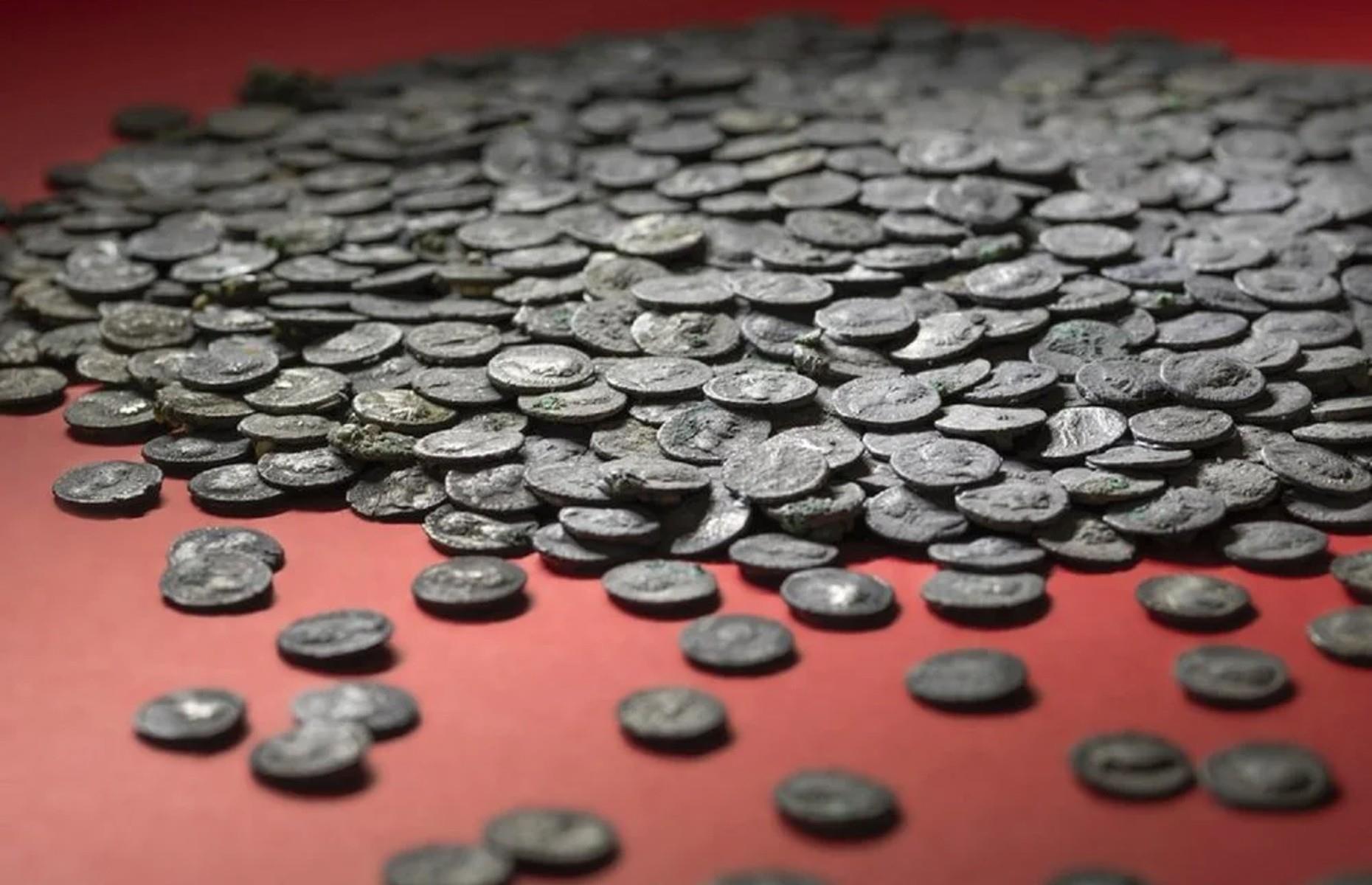 Archaeologists uncovered a hoard of 5,600 silver coins from the Roman Empire in a river in Augsburg, Germany in 2021. Augsburg was previously the site of a Roman military camp built under Emperor Augustus between 8 and 5 BC.

The coin cache is around 2,000 years old, with the oldest coins minted under Emperor Nero, who ruled between AD 54 – 68. Meanwhile, the more recent coins were minted under Septimius Severus in AD 200.

The Augsburg Art Collections and Museums have called the discovery the largest such find in the southern German state of Bavaria. 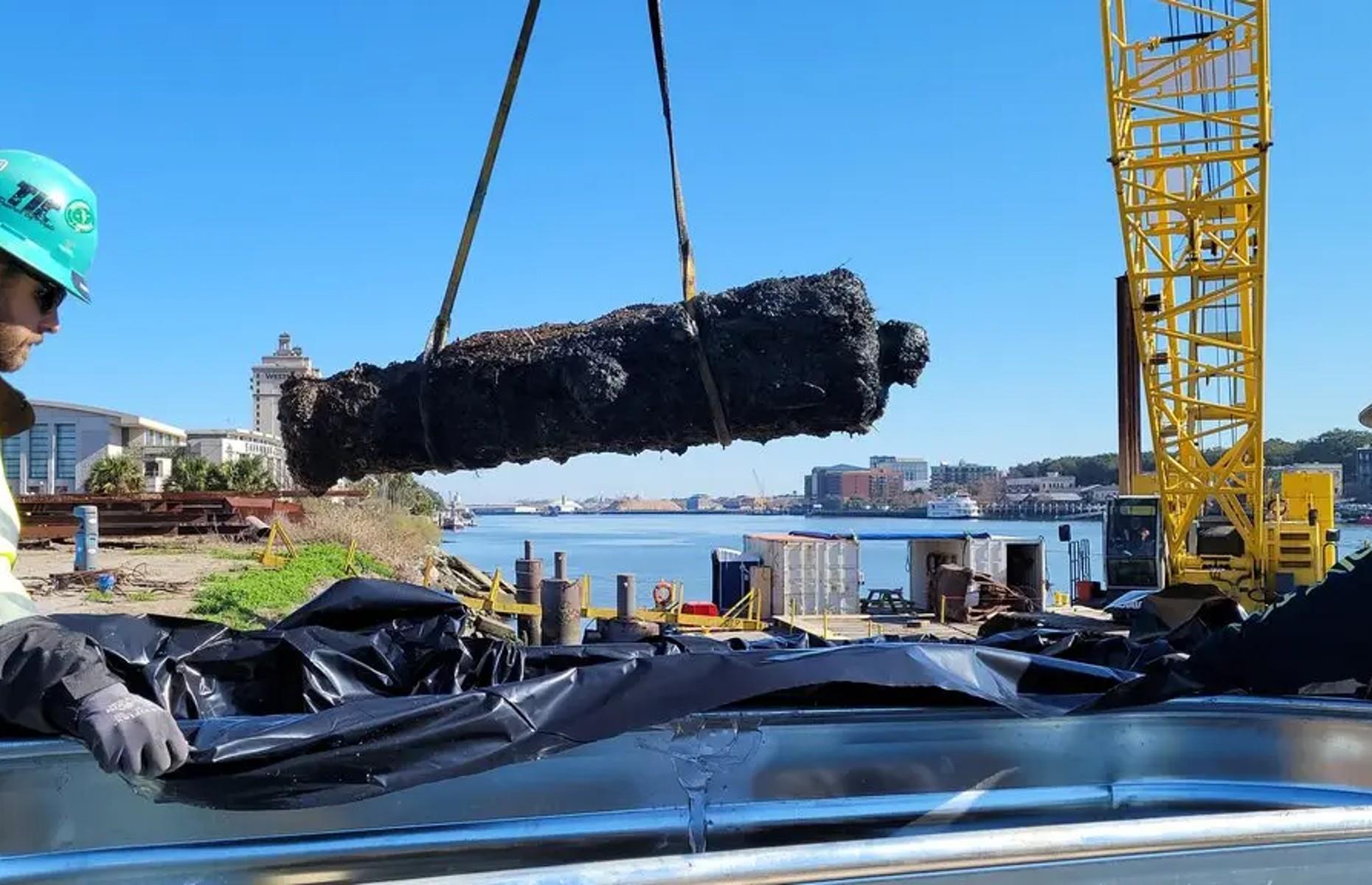 Cannons from British ships sunk during the American Revolutionary War were recently uncovered in a river in Savannah, Georgia.

The cache of 19 cannons was discovered by complete accident during dredging of the riverbed in 2021 as part of a $973 million (£856.6m) deepening of Savannah’s shipping channel.

It’s believed that the British ships sank around 1779. The cannons are described as being in "remarkably good shape" as they’ve been preserved by clay and silt from the river.

The Battersea Shield was dredged up from London's River Thames during the reign of Queen Victoria, when work was being carried out on what is now the Chelsea Bridge.

Widely considered to be one of the most important pieces of Celtic art ever found in Britain, the item, which is actually a bronze cover that would have been attached to a wooden or leather shield, has been in the hands of the British Museum since its discovery in 1857, and can be seen there today.

According to the British Museum, it dates back to around 350 BC–50 BC. While its monetary value is unknown, the Battersea Shield's significant cultural value is indisputable.

This bronze head of the Roman Emperor Hadrian, who reigned from AD 117–138, was once attached to a full-size statue. The sculpture would have stood in the heart of Roman London – possibly even on a bridge that straddled the Thames.

According to the British Museum, the head was dredged from the capital's riverbed in 1848, with the original statue believed to have been erected to commemorate Hadrian's trip to Britain in AD 122.

While there are too few documents relating to its discovery to glean any kind of definitive value, what is known is that the silt of the Thames riverbed helped to preserve it. 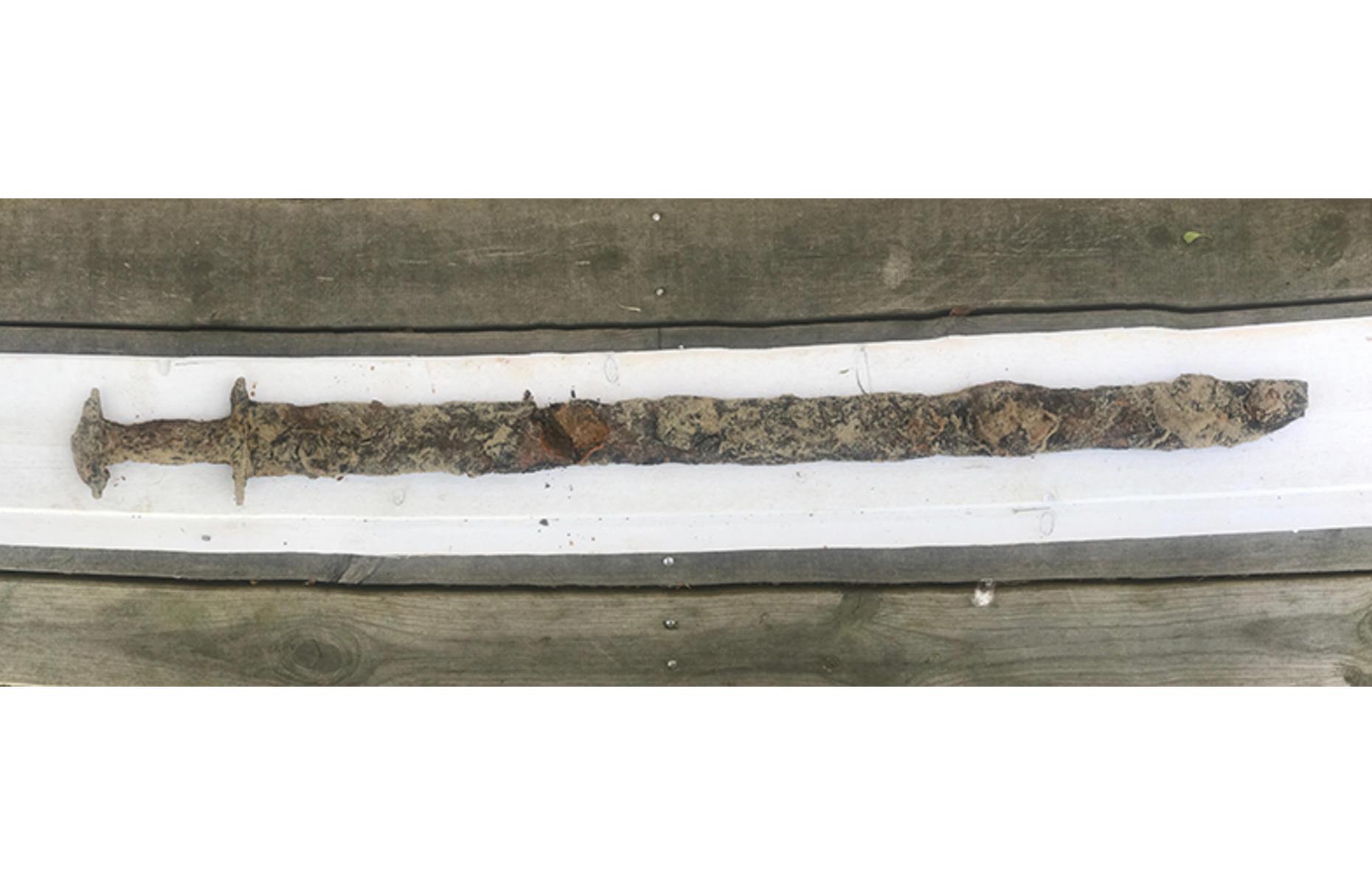 In 2018, eight-year-old Saga Vanecek was swimming in Lake Vidöstern with her family in Jönköping County, Sweden, when she found what she thought was a large stick.

Speaking to Swedish broadcaster Sveriges Television at the time, Saga said: "I felt something in the water and lifted it up. Then there was a handle, and I went to tell my dad that it looked like a sword".

Her suspicions were correct – it turned out to be a well-preserved 1,500-year-old Viking sword. The family handed it in to Jönköping County Museum, where it has been kept ever since. 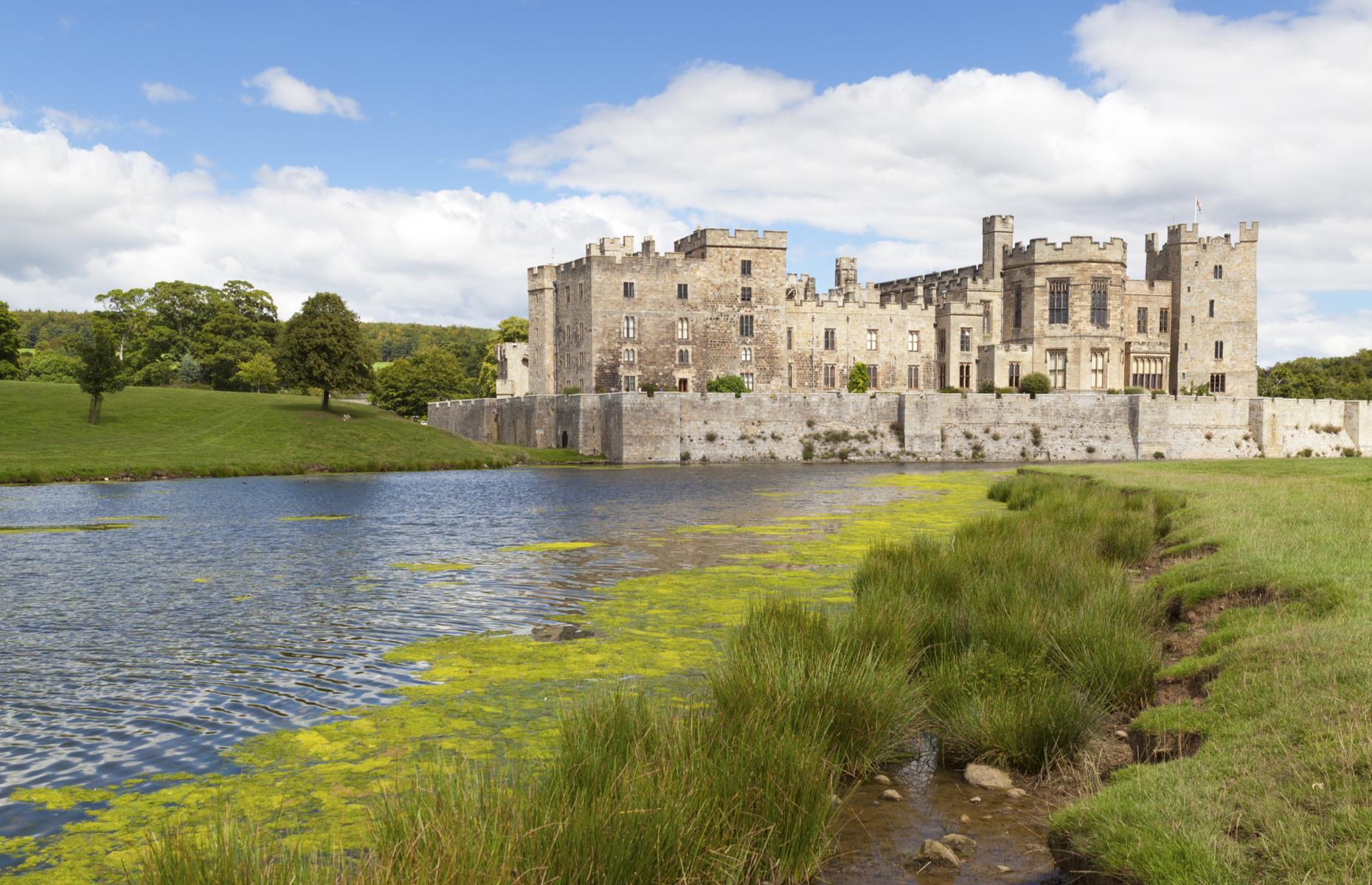 Between the 1980s and September 2018, Rolfe Mitchinson and Bob Middlemass collected thousands of objects from the River Tees in North Yorkshire, England. Describing the riverbed as "an Aladdin's cave", the divers found around 1,500 coins and 3,500 objects over the decades.

Although most were Roman, the items were dated from the Iron Age to the post-medieval period. The haul was declared treasure and given to the University of Reading for further study, after the British Museum reported that they believed the items had been deposited into the river for religious reasons.

Pictured is Raby Castle, part of the estate where Mitchinson and Middlemass discovered the treasure.

Nicknamed the 'Indiana Jones' divers, a group of Thai swimmers regularly explore the bed of the polluted Chao Phraya river in Bangkok. Wearing large helmets that weigh around 45lb (20kg) and are connected to an on-board air tank via rubber tubes, they dive around 96 feet (29m) underwater in their quest for treasure.

As dangerous as it sounds, the diving can prove profitable, with items found including china, coins, jewellery, and scrap metal all retrieved.

Gary and Trevor Bankhead struck lucky when they unearthed an unusual trove of treasure from the bottom of the River Wear, located by Durham Cathedral in north-east England. Over the course of two years, the scuba-diving brothers found 32 items belonging to Michael Ramsey, the former Archbishop of Canterbury.

Treasures uncovered included a silver medal that the Archbishop received from Pope Paul VI, as well as a commemorative medal that he was given in honour of Queen Elizabeth's 1953 coronation. The most valuable piece was a 24-carat gold coin that was given to Ramsey during a visit to Japan. Found by the Bankheads in 2007, it was valued at £10,000 a year later, which is the equivalent of $16,500 (£14.5k) in today's money.

The brothers also discovered a vast range of Roman, Saxon and Medieval artefacts on the Wear riverbed too. The mystery of how, exactly, Ramsey's possessions ended up in the river has never been solved. 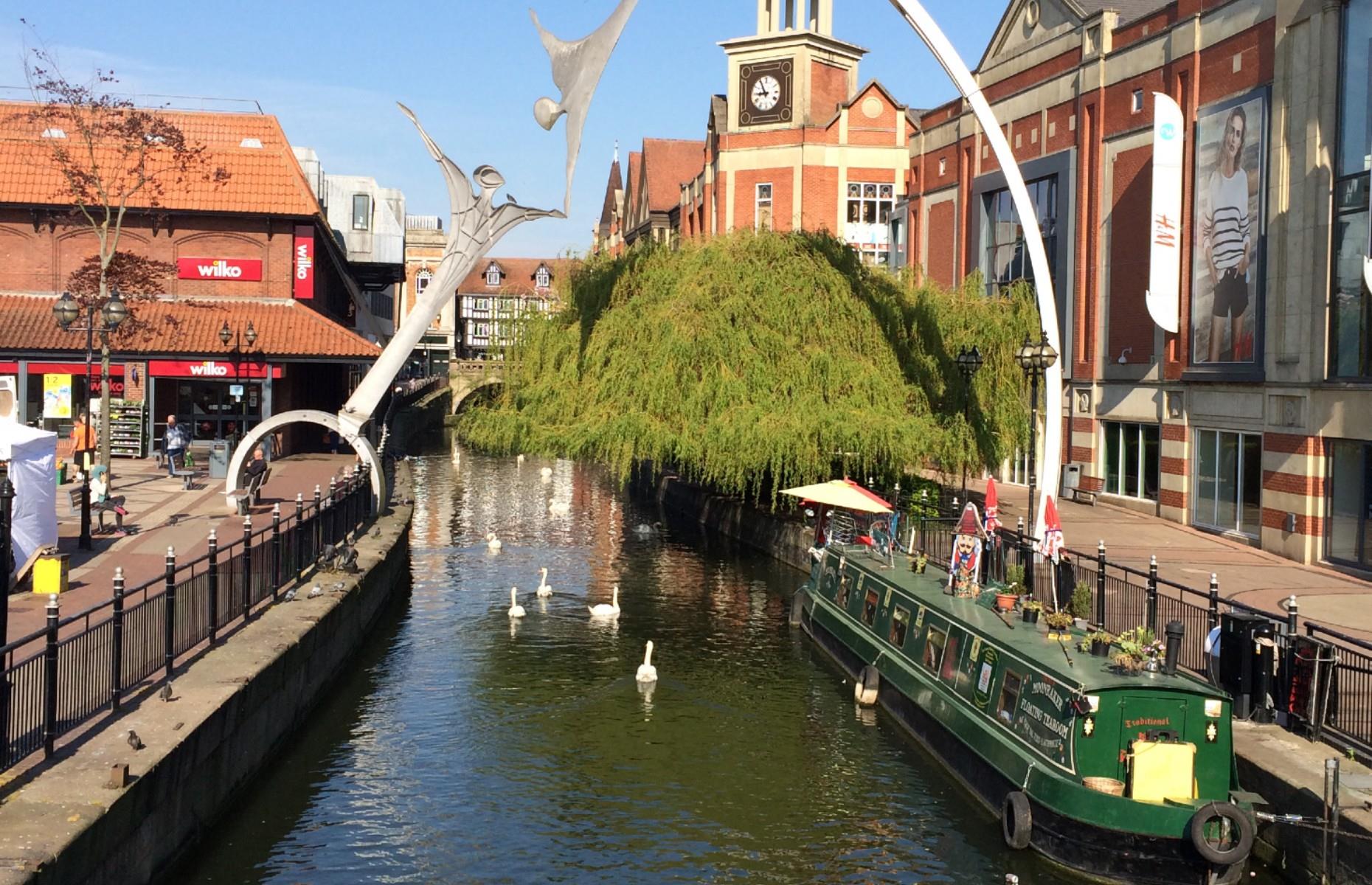 The safe had been stolen 22 years earlier from businessman Rob Everett. Tindale gallantly returned the money to the owner, who gave the teen a small reward for his efforts.

An anonymous gold hunter discovered what is believed to be the UK's largest-ever gold nugget in an undisclosed Scottish river in 2019. Nicknamed 'The Reunion Nugget', the 22-carat lump of gold was found in two pieces which, when put together, made a doughnut shape.

The Reunion Nugget was found using a method called sniping, which sees gold hunters don a snorkel and drysuit before lying face-down in the water to spot glimmers beneath the surface.

Back in spring 1840, a team of workmen were busy fixing the embankment of the River Ribble near Cuerdale in Lancashire, northern England. As part of the project, the labourers inadvertently dug up a lead box that contained one of the greatest hoards of Viking treasure that has ever been found.

What is now known as the Cuerdale Hoard contained more than 8,600 items, including coins, bullion, and jewellery. With a total weight of around 88lb (40kg), the collection – most of which is now housed at the British Museum – is worth an estimated $3.2 million (£2.6m).

Now discover the most incredible treasures found with metal detectors.