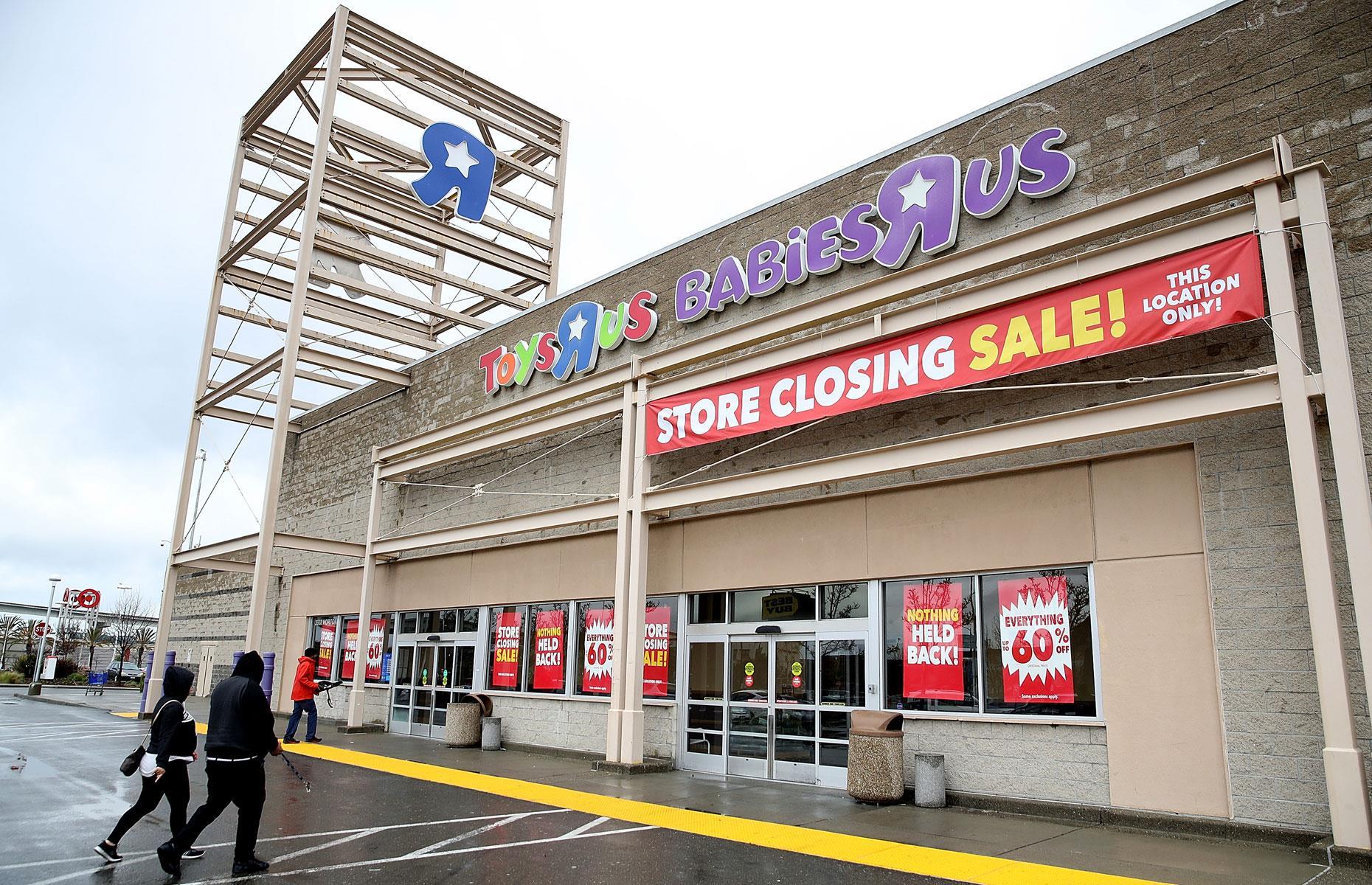 Fat cat executives who cashed in as their companies fell

Rewarding CEOs and other senior staff members for failure is all too common in the corporate world. As WeWork founder Adam Neumann and the bosses of collapsed UK travel firm Thomas Cook come under fire for their excessive payouts, we take a look at the executives who made a killing while their companies were hitting the skids. 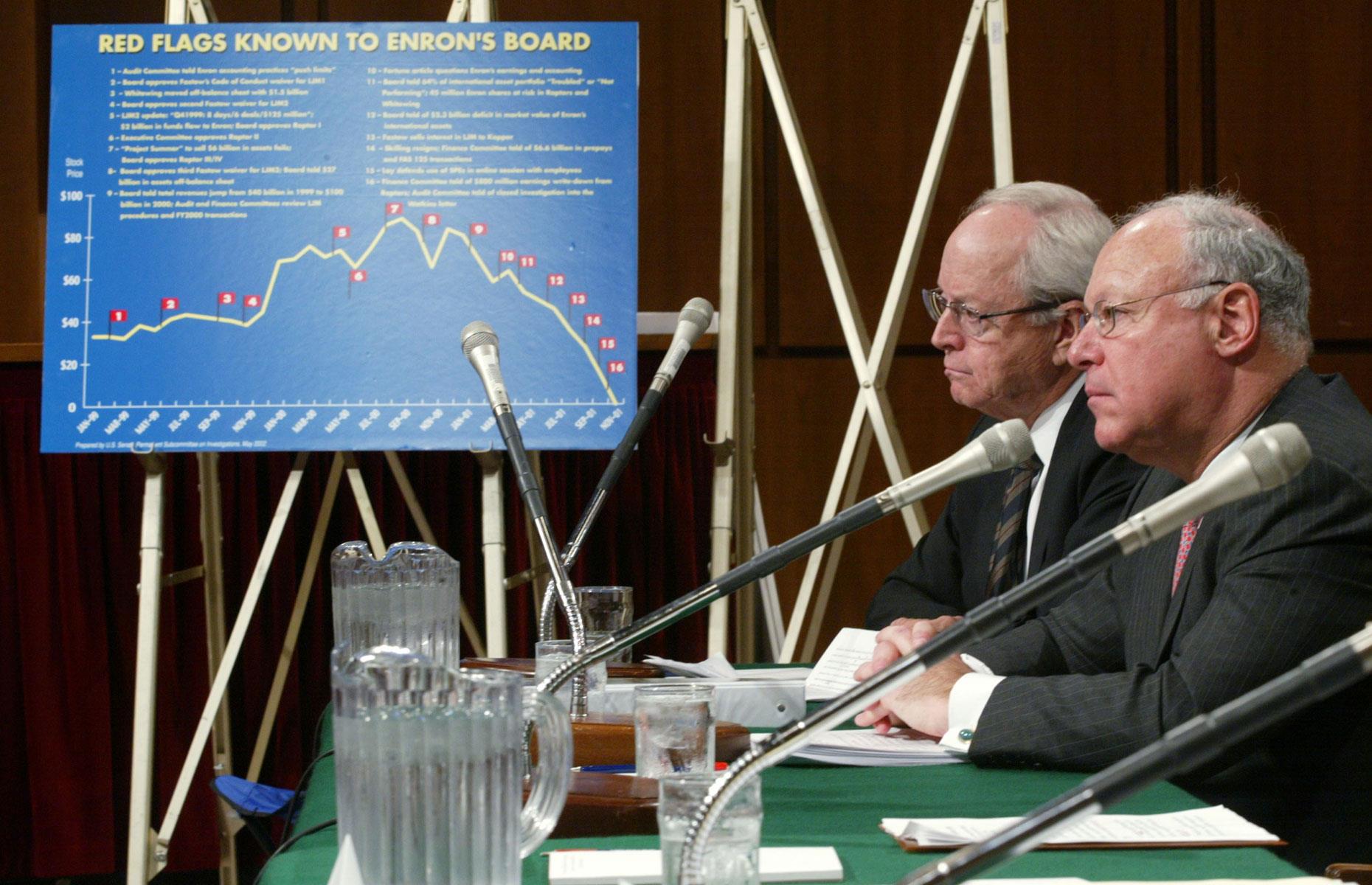 In the year leading up to failed energy firm Enron's bankruptcy in 2000, the company paid out $681 million to 140 of its top managers, according to The Guardian. This was while shareholders, including ordinary workers, lost billions of dollars as the business collapsed. The bonus rewards were for attaining price targets in 2000, the year accounting staff were cooking the books and illegally inflating the firm's profits. 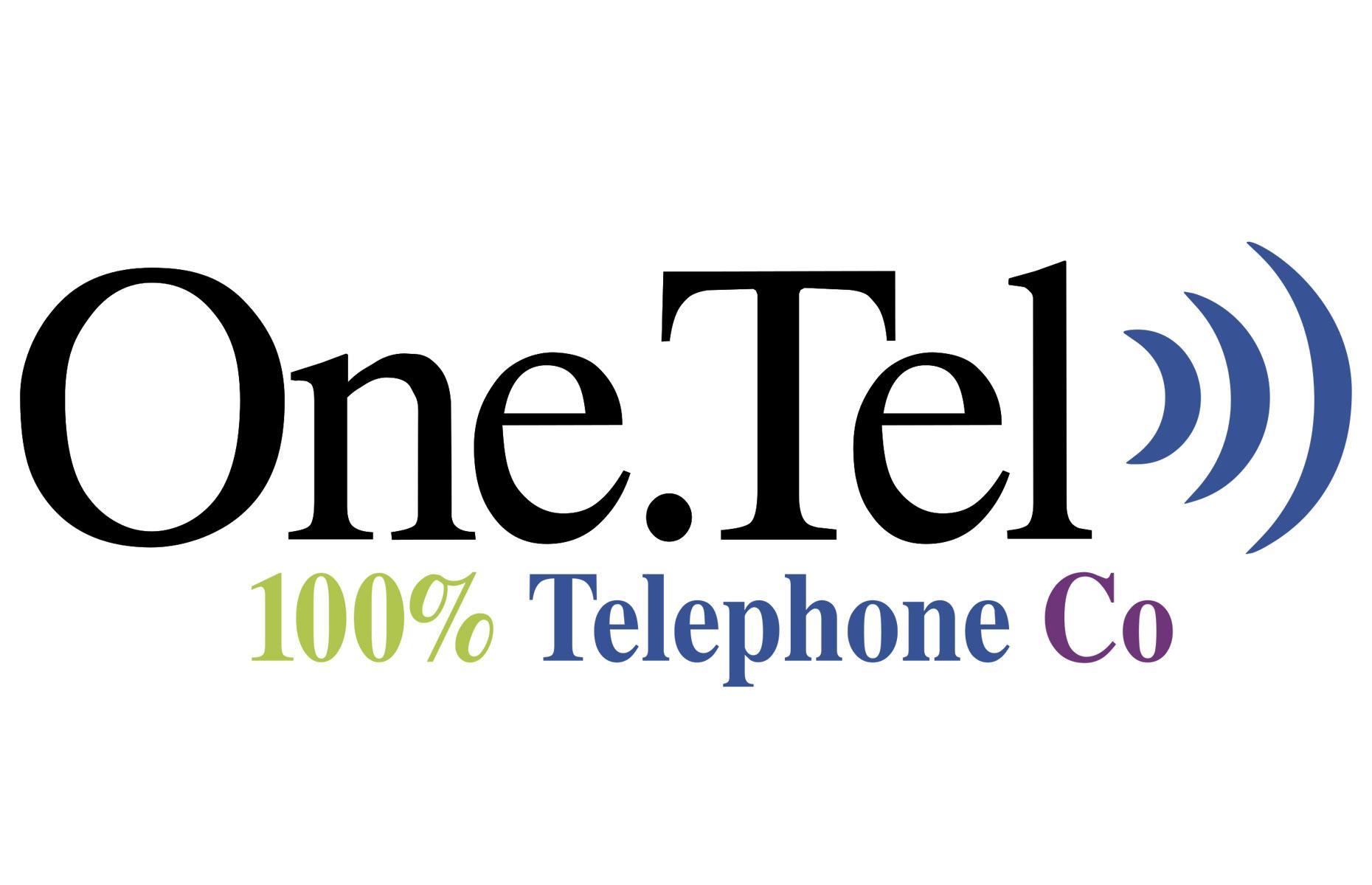 Australian telecoms company One.Tel racked up losses of A$291 million after tax in 2001, which led to the winding down of the heavily indebted business. That's A$454.3 million (USD$314.6m/£243.8m) in today's money. Despite the firm's abysmal performance, its founders Jodee Rich and Bradley Keeling received bonuses of A$6.9 million each, the equivalent of A$10.8 million (USD$7.5m/£5.8m) in today's money. However, the pair did eventually pay the money back following legal action. 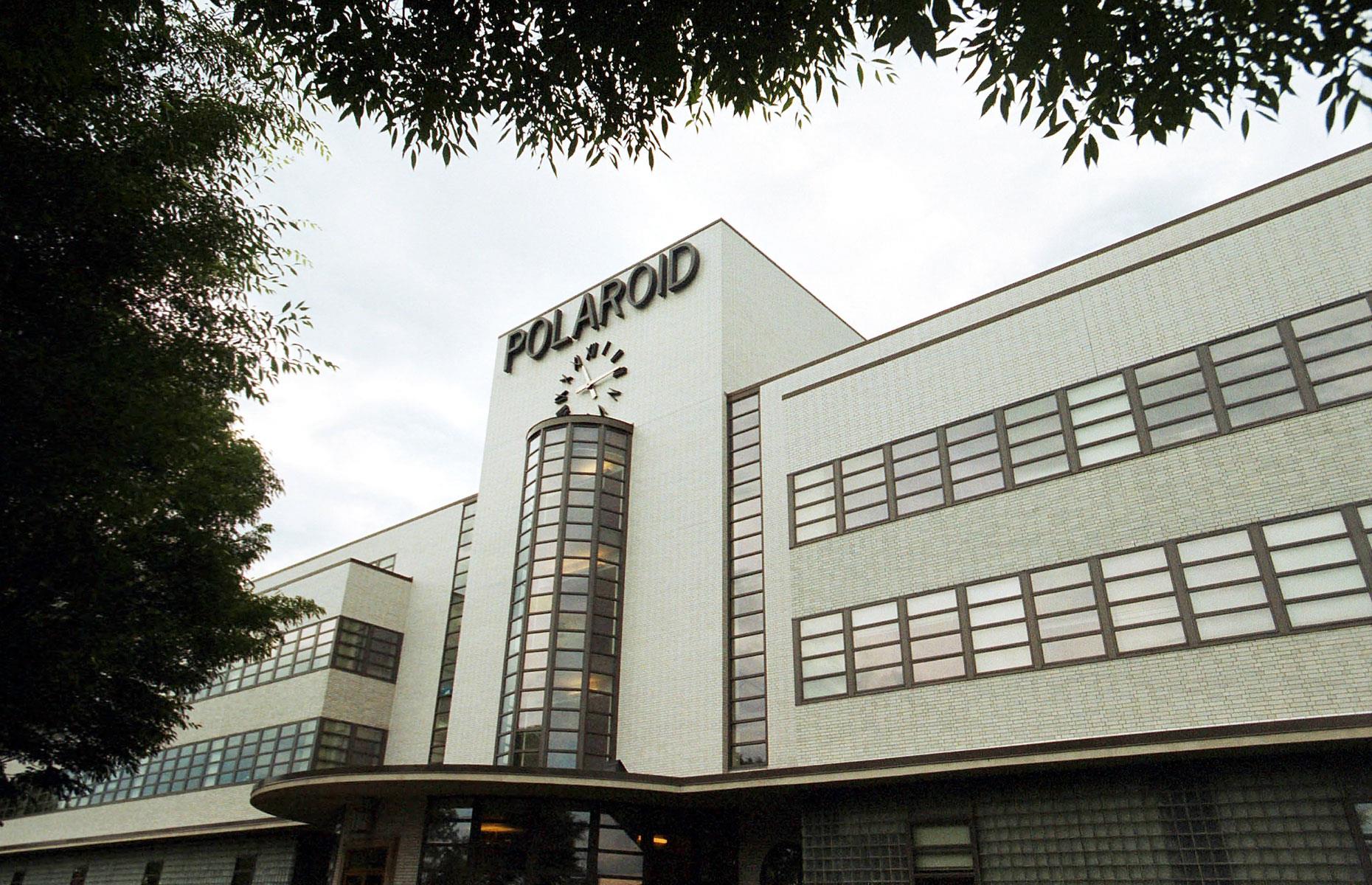 Incredibly, mere weeks before Polaroid entered into Chapter 11 bankruptcy in 2001, its executives were rewarded with millions of dollars in bonuses. At the time, the struggling instant camera maker had debts that totalled a staggering $1 billion. 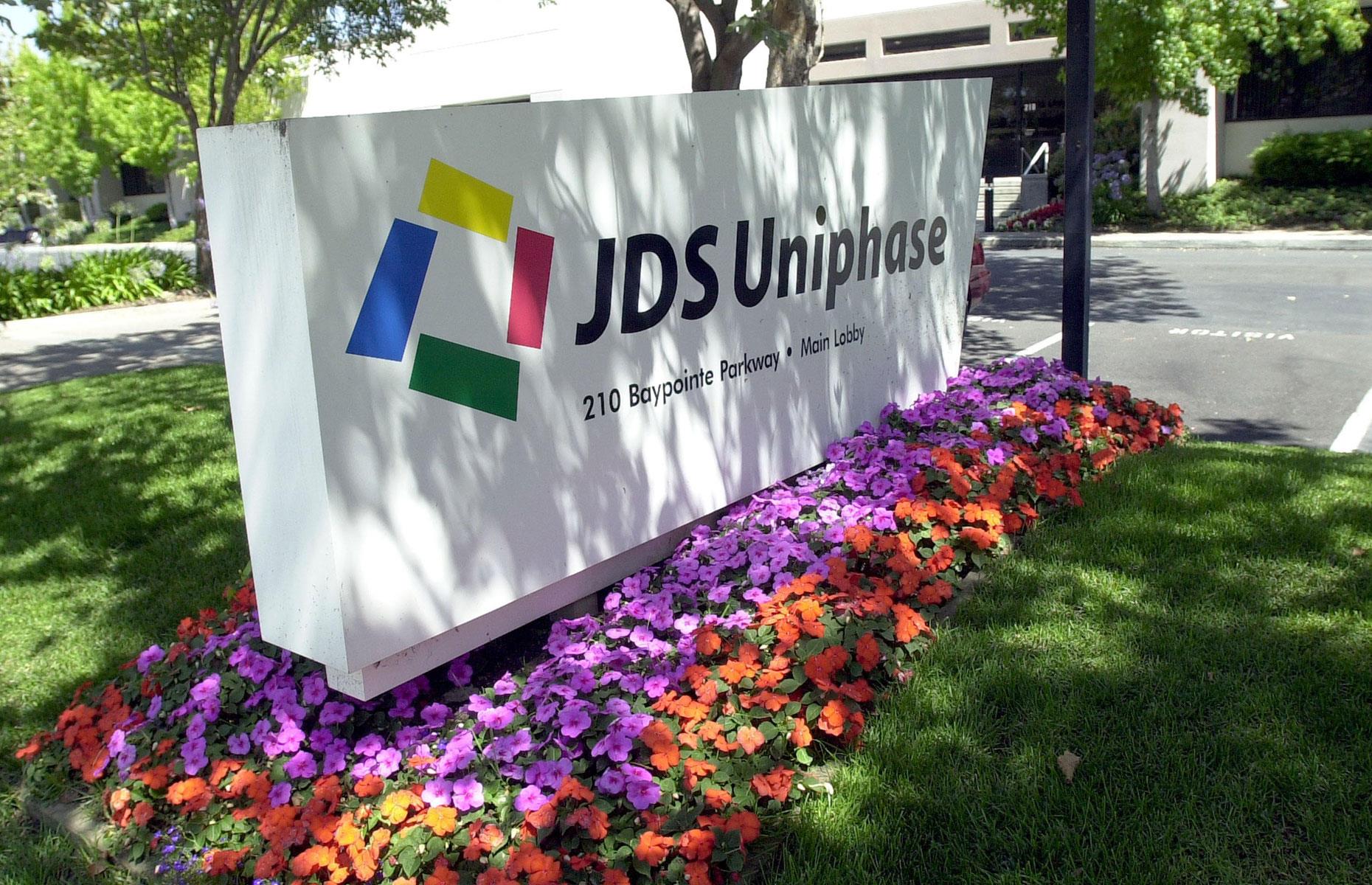 Optical communications company JDS Uniphase reported a loss of $56.1 billion in 2001, which at the time was the biggest in corporate history, yet its CEO Jozef Straus wrangled a 60% pay rise and an estimated $150.3 million in 1.6 millon stock options that same year. That's the equivalent of $218 million (£169m) in today's money. Not only that but his annual salary increased by 59.2%. At least three top executives also received stock options in the millions as the company fell apart. 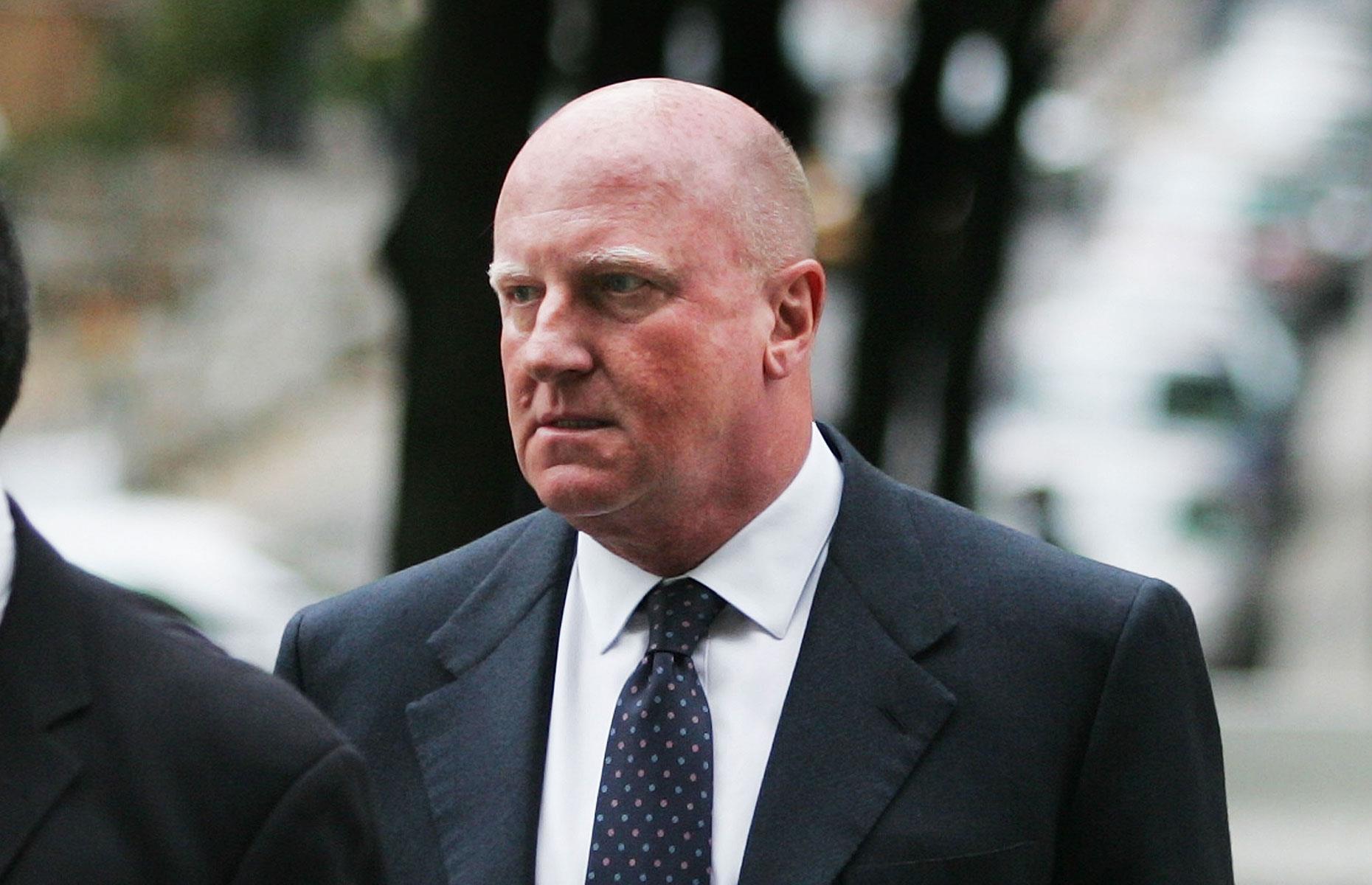 Together with the senior management team, Tyco boss Dennis Kozlowski plundered as much as $600 million in unauthorised bonuses and loans from the company during the 1990s and early 2000s. This funded a very extravagant lifestyle, including a Manhattan apartment on Fifth Avenue with an infamous $6,000 gold-and-burgundy shower curtain. The fraud came to light in 2002 when the firm was experiencing financial problems and Kozlowski served six-and-a-half years in jail for his crimes. However, there was some good news for investors when they successfully brought a class action lawsuit against the company, claiming they were not made aware of the firm's criminal activity when they invested. In 2007 Tyco agreed to pay out $3 billion to investors, the equivalent of $3.7 billion (£2.9bn) in today's money. 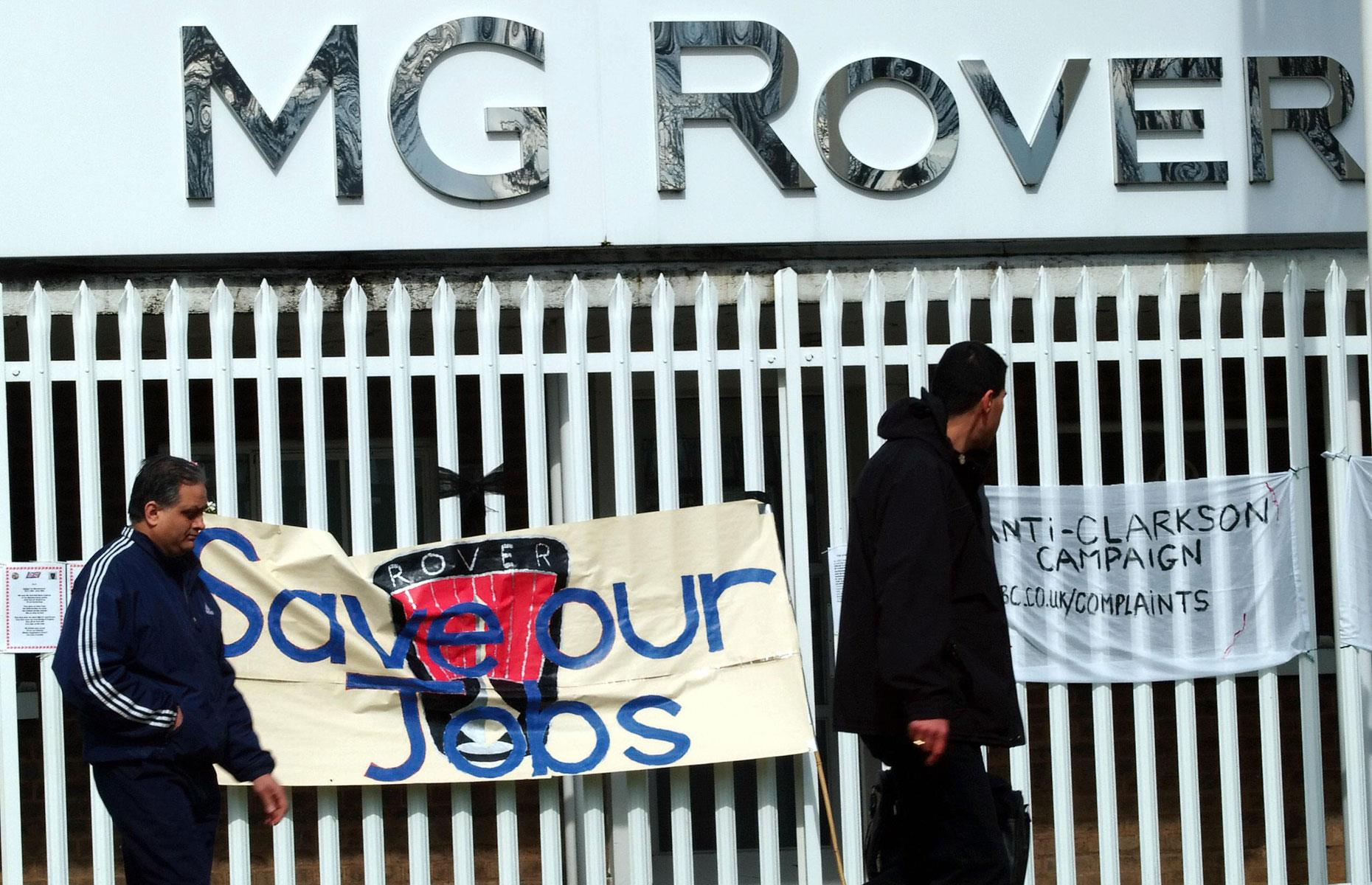 Dubbed 'grand theft auto' by the UK's Mirror newspaper, failing automotive firm MG Rover saw four directors know as the Phoenix Four who had bought the company from BMW for just £10 in 2000, pay themselves and MG Rover's CEO as much as £42 million. That's £69.5 million ($89.7m) in today's money. MG Rover collapsed in April 2005, with 6,500 people losing their jobs. In contrast, the firm's workers walked away with just £3 ($4) each. But the Phoenix Four didn't get away unscathed; following a UK government investigation into the company's finances they were banned from holding the position of company director for a combined total of 19 years. 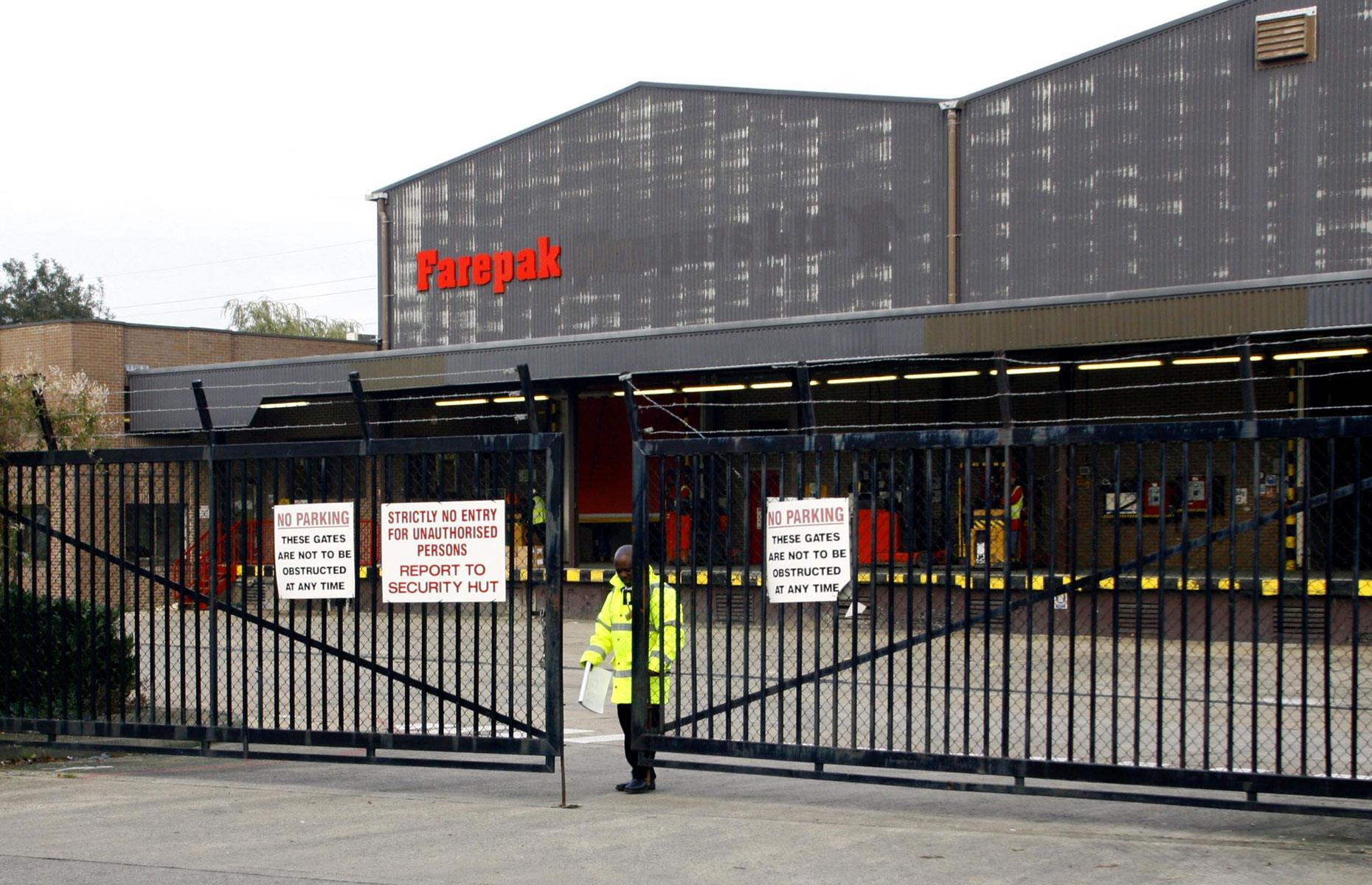 Customers of UK Christmas hamper provider and savings club Farepak lost all the money they'd saved for the festive period when the firm went bust in 2006, but the company directors weren't quite so unlucky. They managed to award themselves hefty salaries and bonuses prior to the collapse of the business. And Farepak's directors weren't the only ones to benefit. In 2012 a high court judge accused bankers at the bank HBOS (which had leant the firm £31 million) of forcing the firm to collapse, as they made the directors keep taking customers' money when it was clear the firm was going to fold. While the bank's loan was fully repaid, the 116,400 Farepak savers only got 15p back from every £1 they had saved. 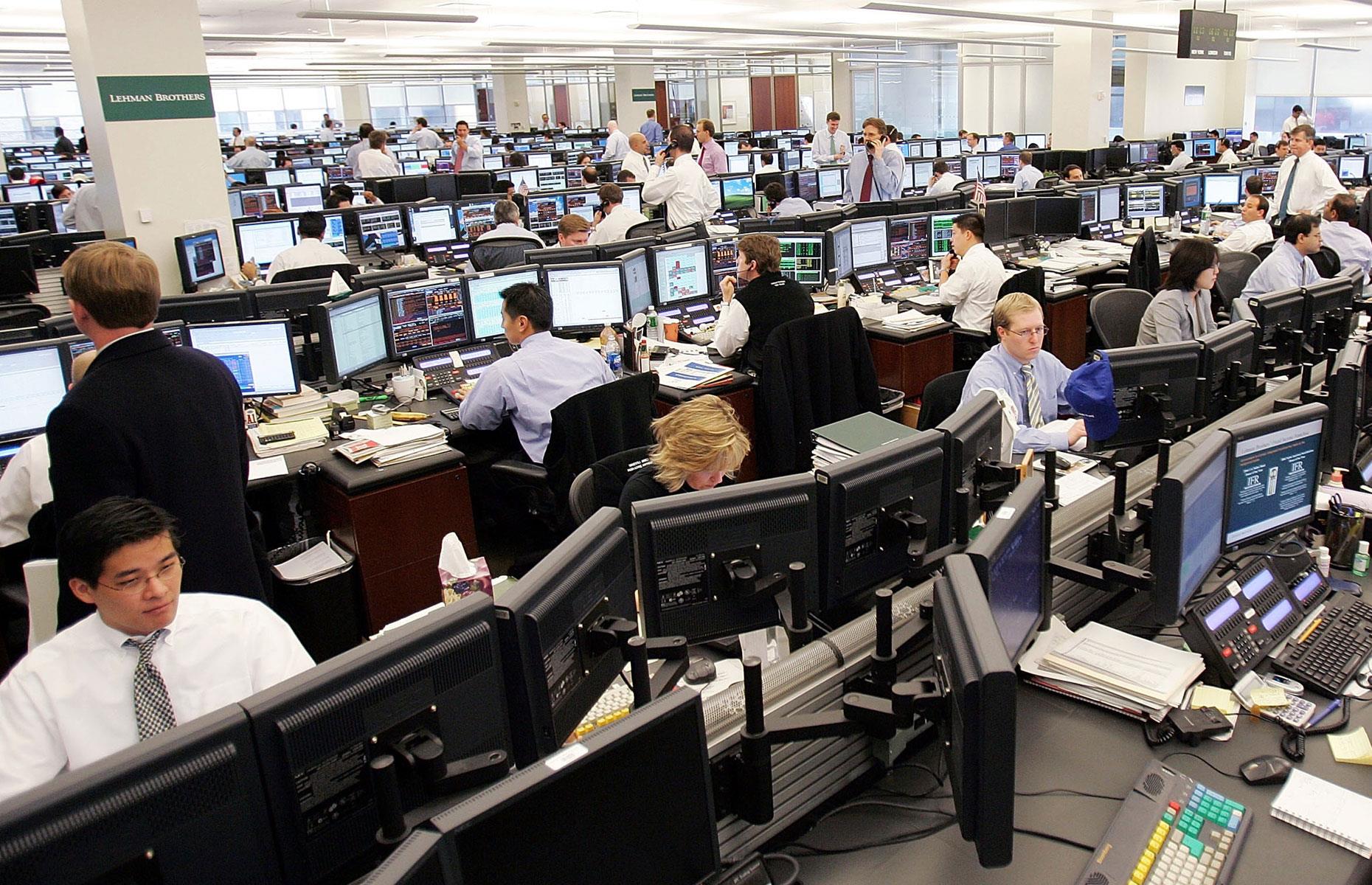 Shortly before Lehman Brothers went bankrupt in 2008, and while it was begging the US government for bailout cash, the financial services company's US executives pledged a share of $2.5 billion in bonuses set aside by Barclays Capital when it bought the American side of the Lehman Brothers operation. However, this caused controversy across the Atlantic Ocean as British Lehman Brothers staff did not receive bonuses. 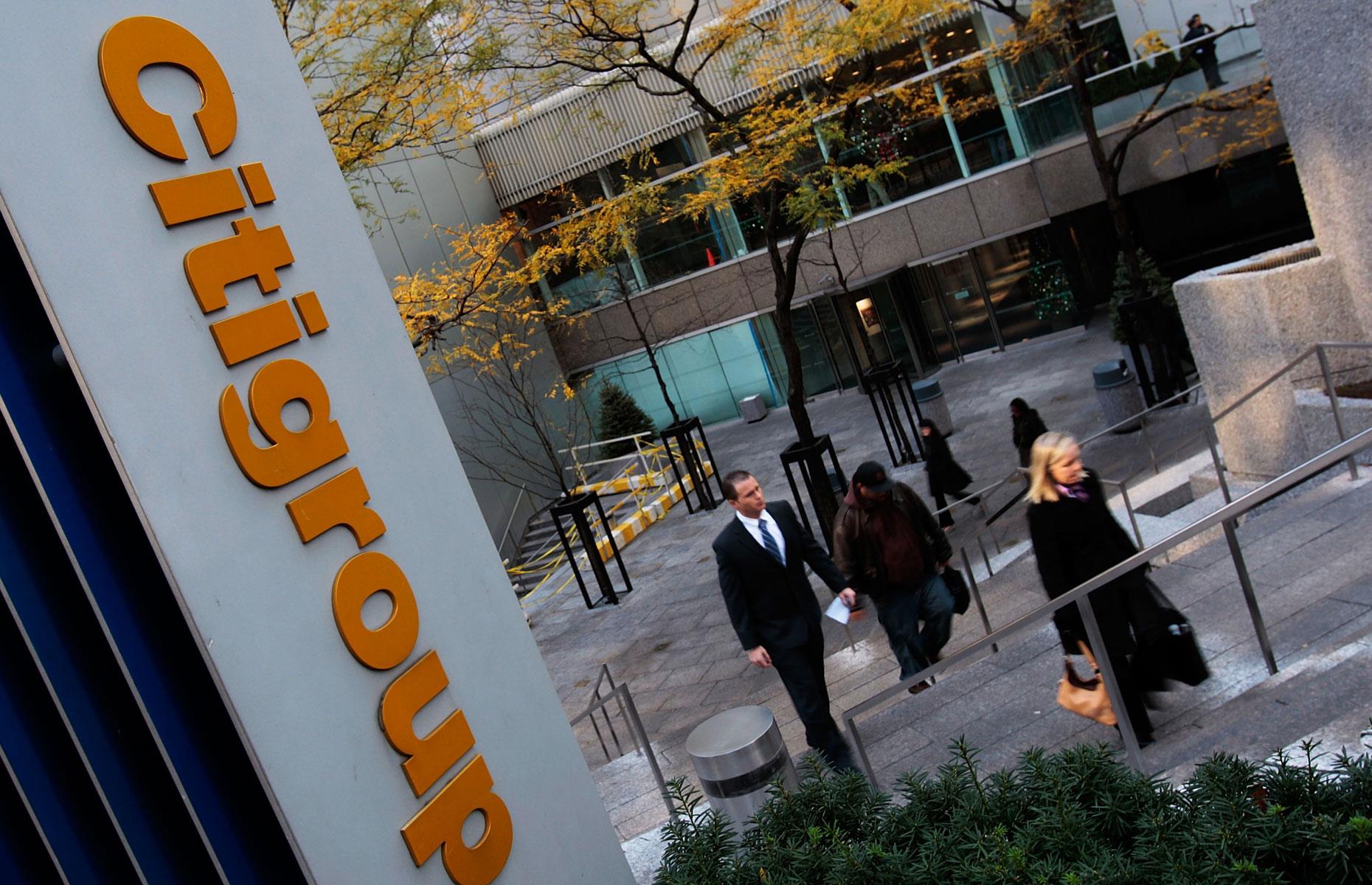 Citigroup lost a bewildering $27 billion in 2008 and was given $45 billion in TARP Funds by the US government to stay afloat. Nevertheless, the investment bank still found $5.3 billion that year to pay its top employees ample bonuses, the equivalent of $6.3 billion (£4.9bn) today. In fact, 738 members of staff received more than $1 million (£776k) each. 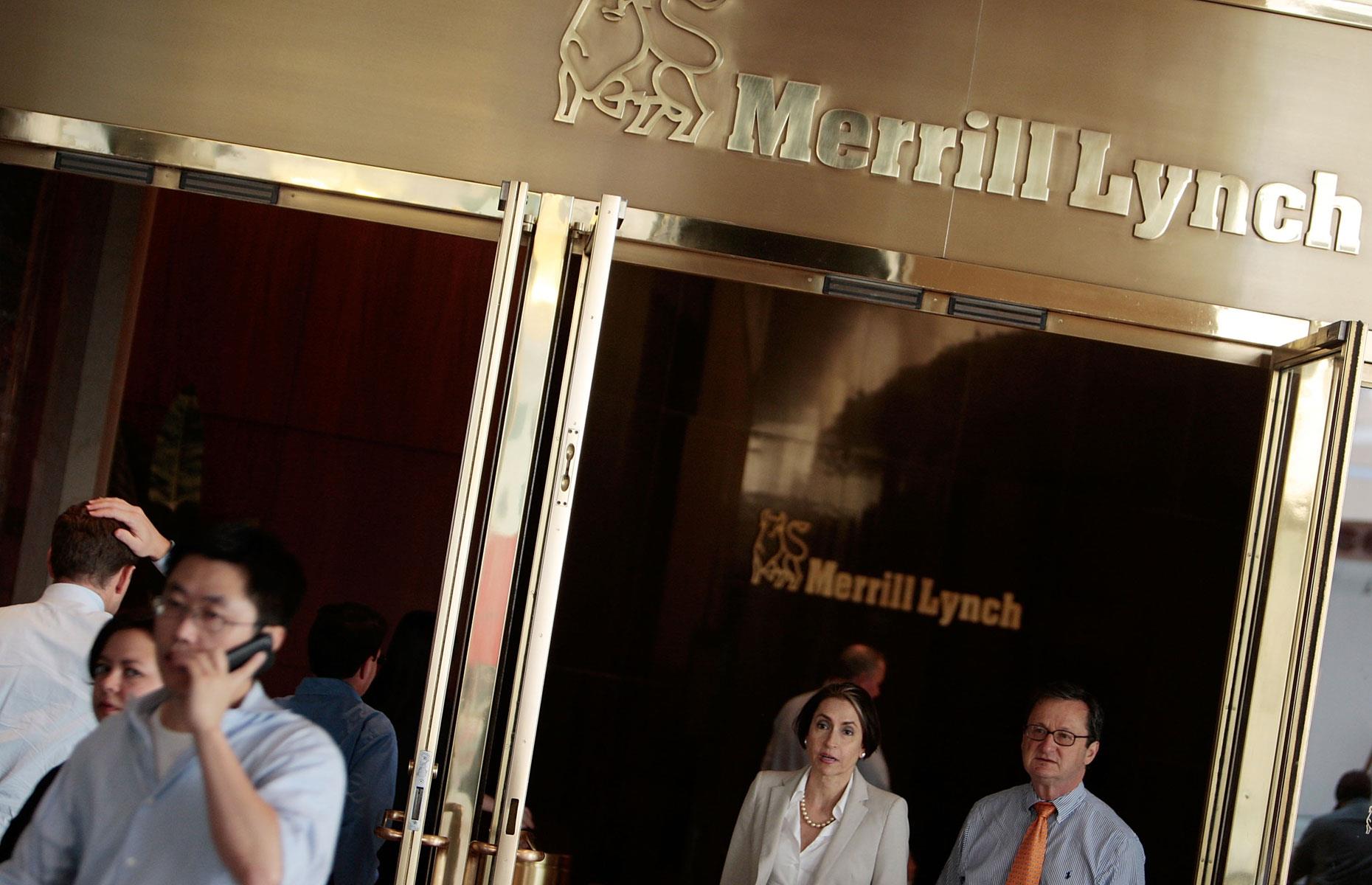 Likewise, senior executives at Merrill Lynch didn't do too badly at all at the height of the financial crisis in 2008. Weeks before the company posted record losses of $27 billion and received a government bailout, 700 of the bank's 39,000 employees collected a share of the very respectable $3.6 billion in extra pay. These payments were made earlier than usual, as Merrill Lynch was set to be sold to the Bank of America in December of that year. 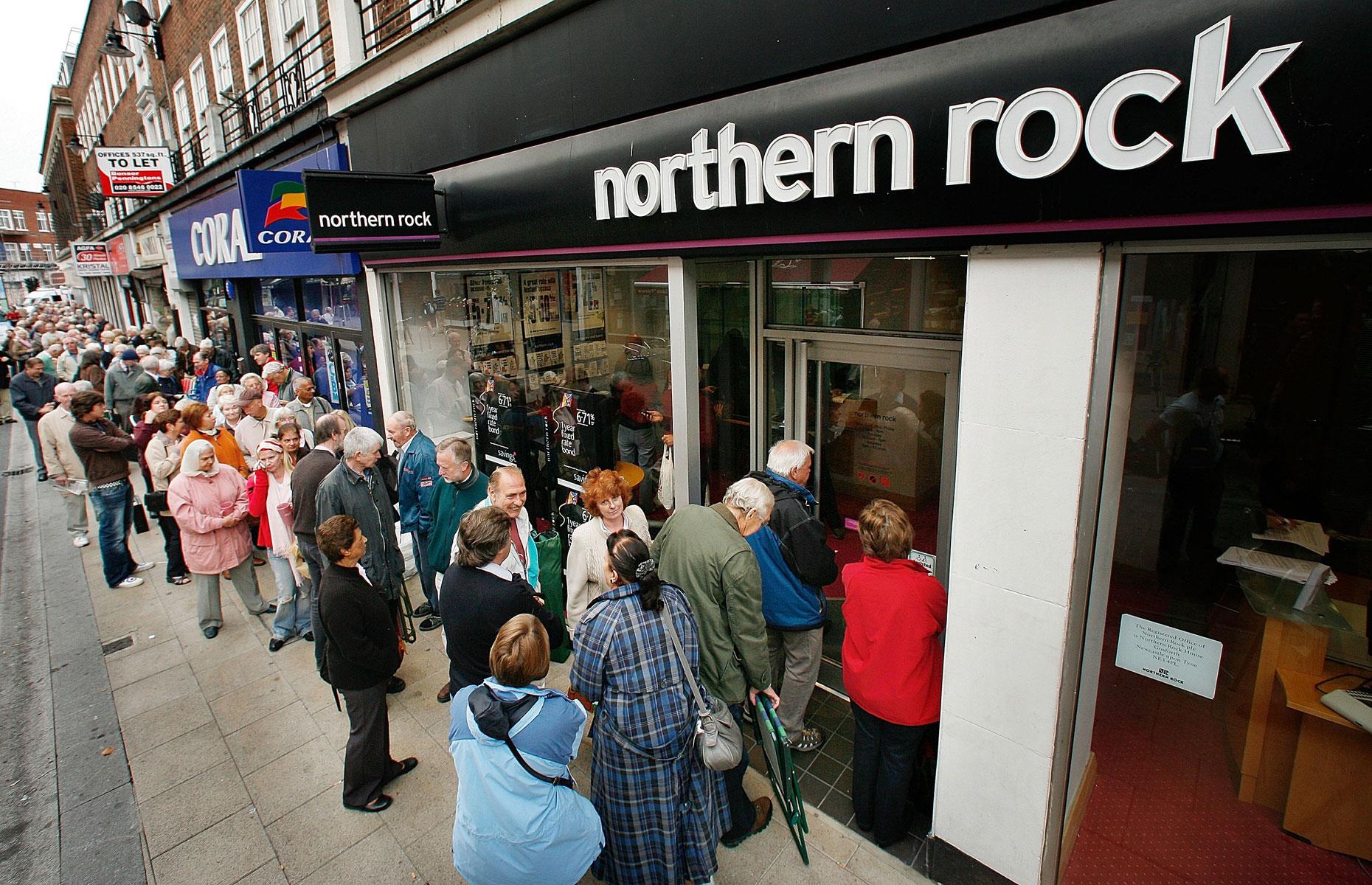 An investigation by the Mail on Sunday newspaper in January 2008 revealed that the bosses of failed UK bank Northern Rock had received 'secret' bonuses amounting to millions of pounds. At the time, the bank owed UK taxpayers an eye-watering £26 billion. That's £34 billion ($43.9bn) in today's money. 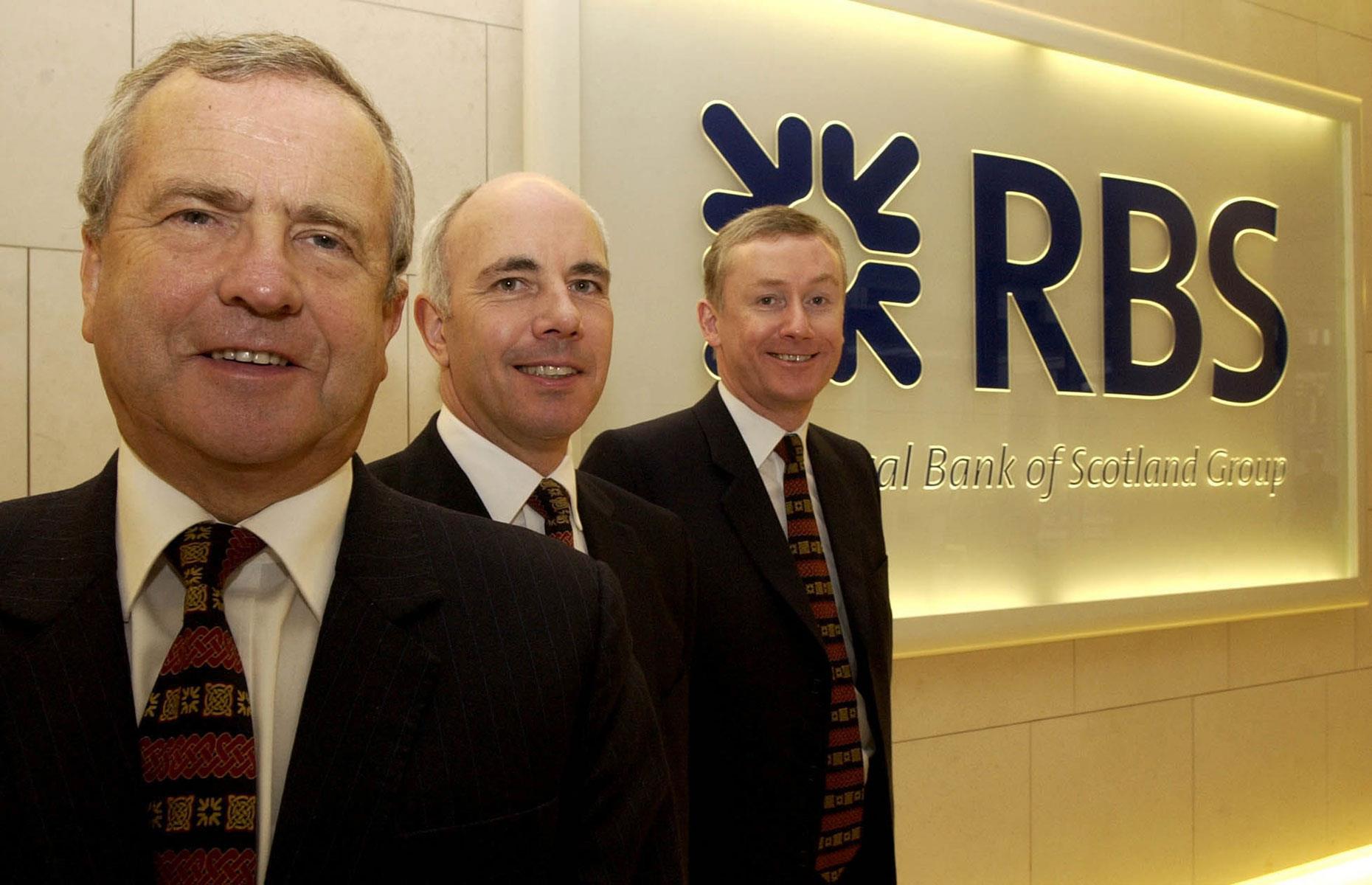 Another bank that played fast and loose with taxpayers' money, RBS, which was saved from collapse by the British government, paid out £775 million in bonuses in 2008 according to a report in The Guardian newspaper. That's as much as £1 billion ($1.3bn) in today's money. 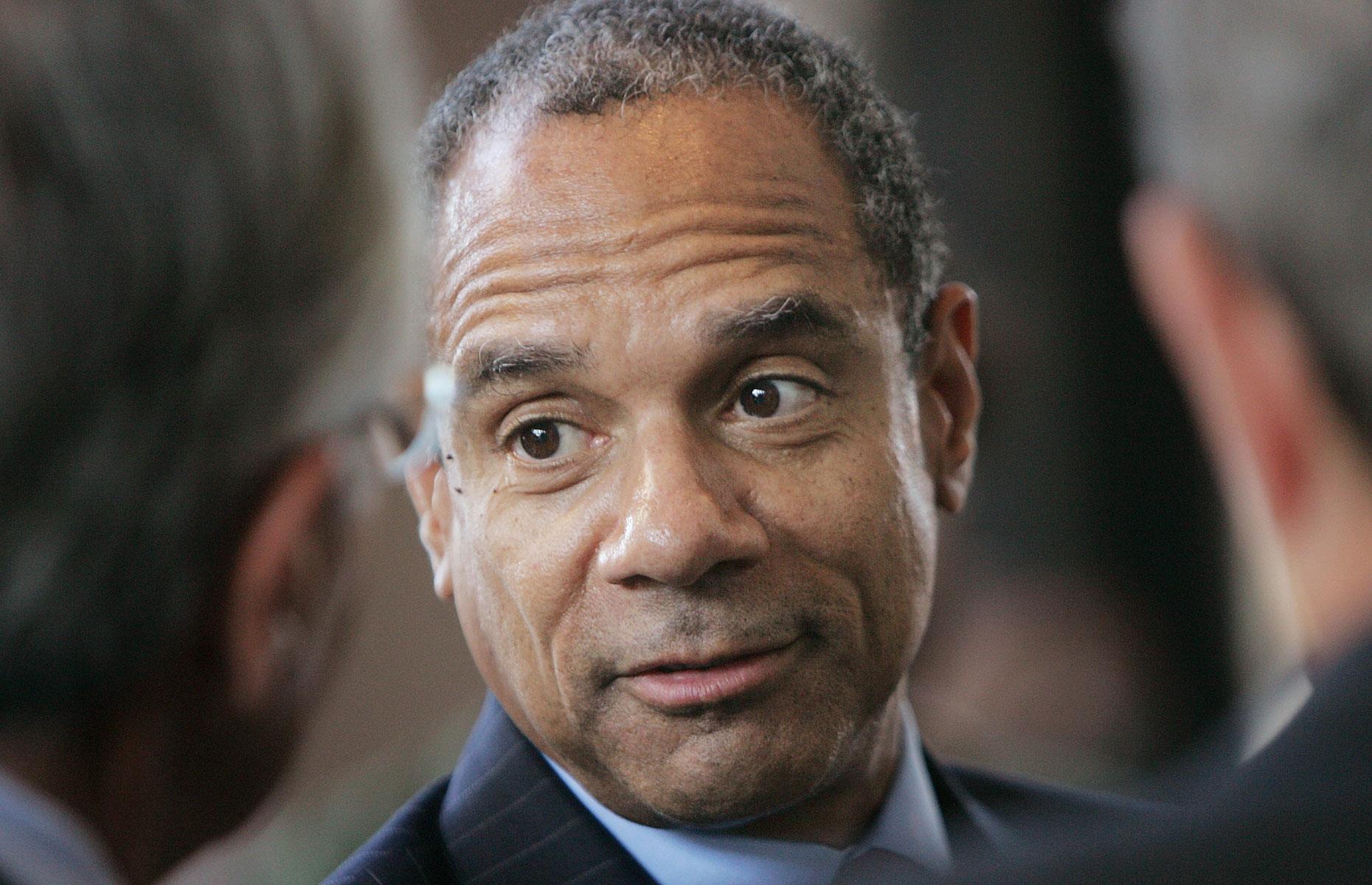 Amex CEO Kenneth Chenault drew the ire of the credit card company's workforce in 2009 when he pulled in a pay package of $16.8 million, which included a cash bonus of $5 million. During that same year, the floundering firm made 4,000 employees redundant and received a $3.4 billion government bailout.
Features 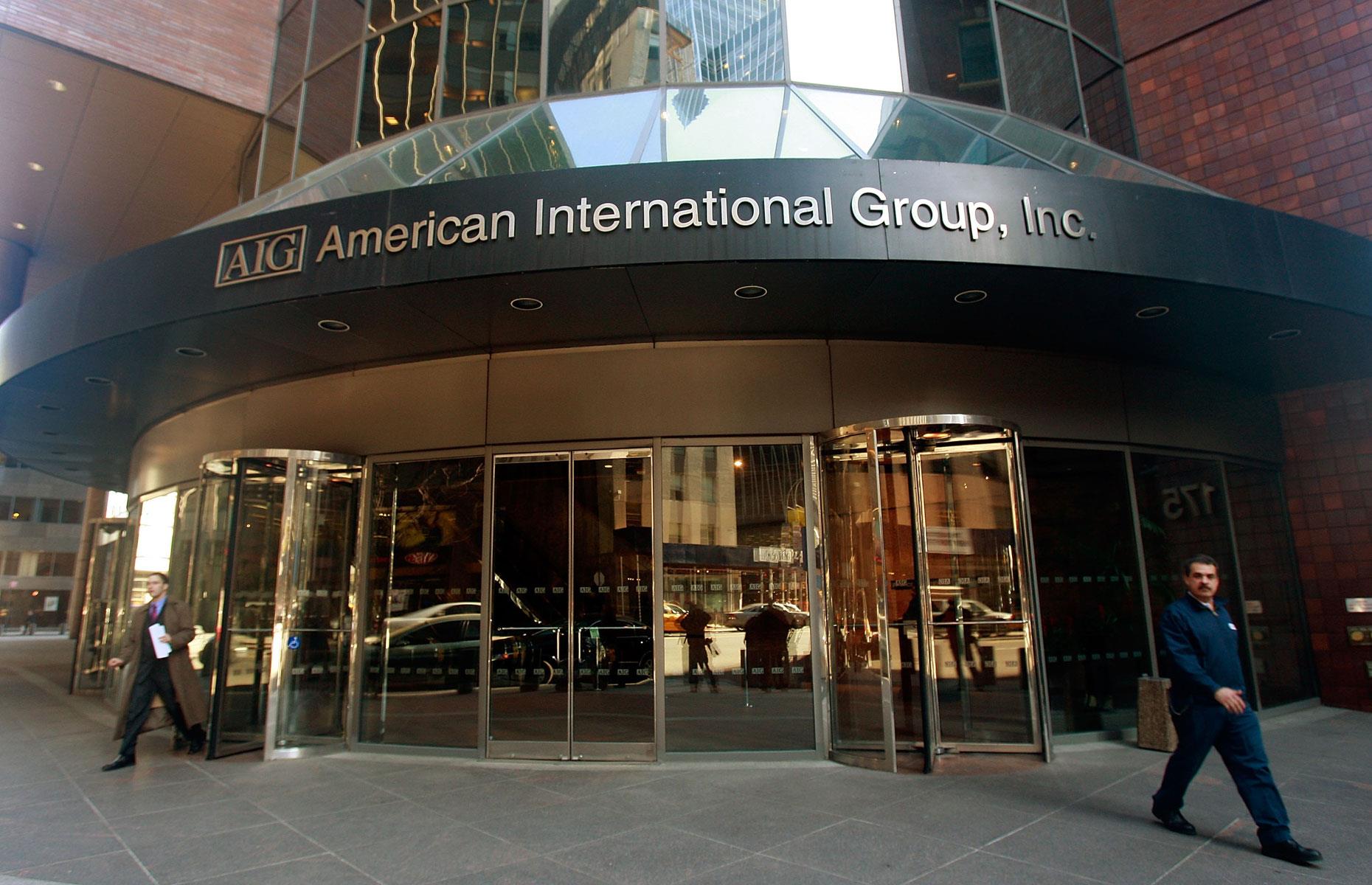 The very same American International Group (AIG) executives who ran the insurance titan into the ground in 2009 were incredulously rewarded with $165 million by the end of the year. This was after the company had received $170 billion in taxpayers' money as part of a bailout by the Treasury and the Federal Reserve. However, most of cash, which was paid to just 73 people, was eventually (and no doubt reluctantly) paid back. 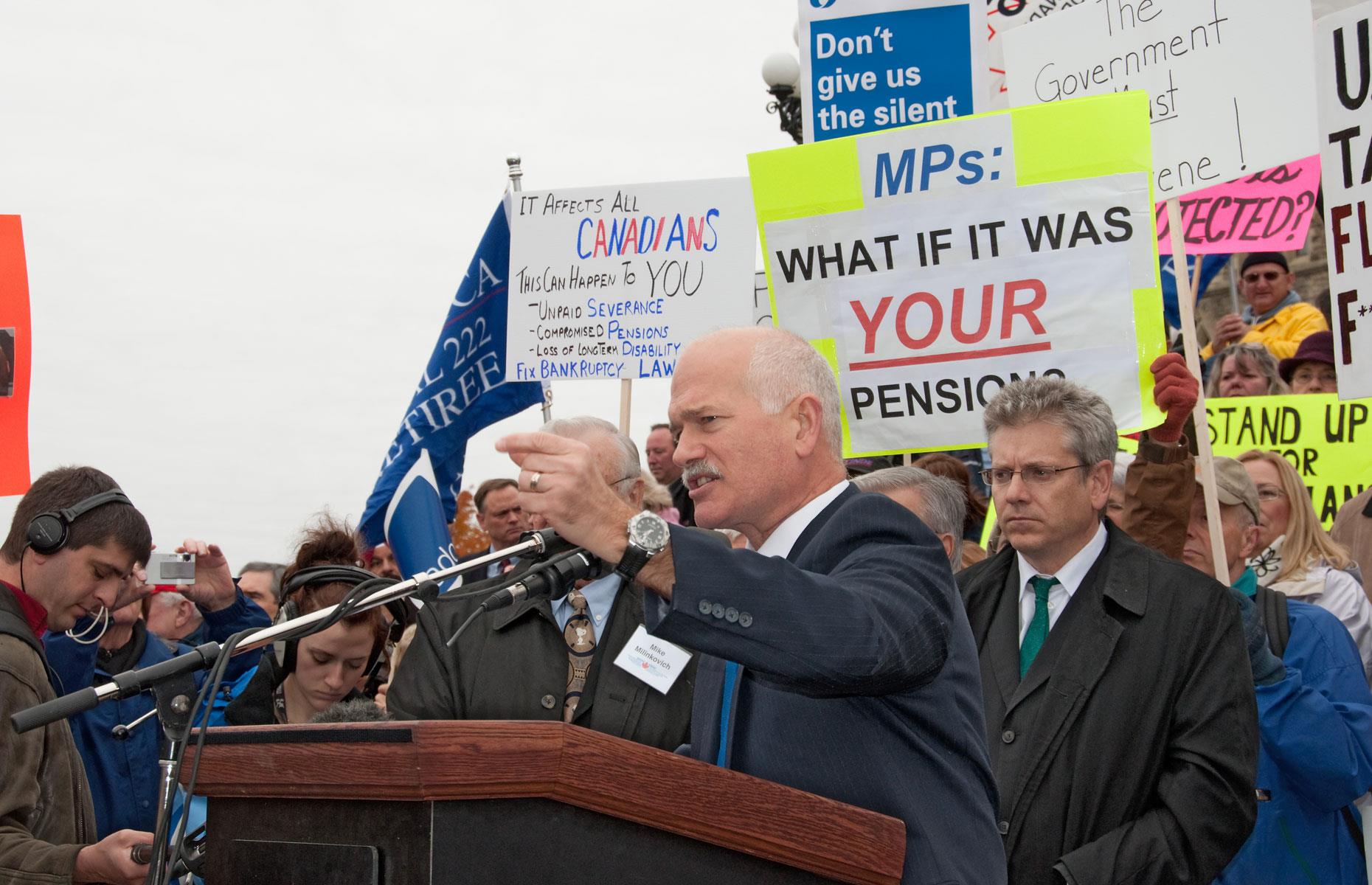 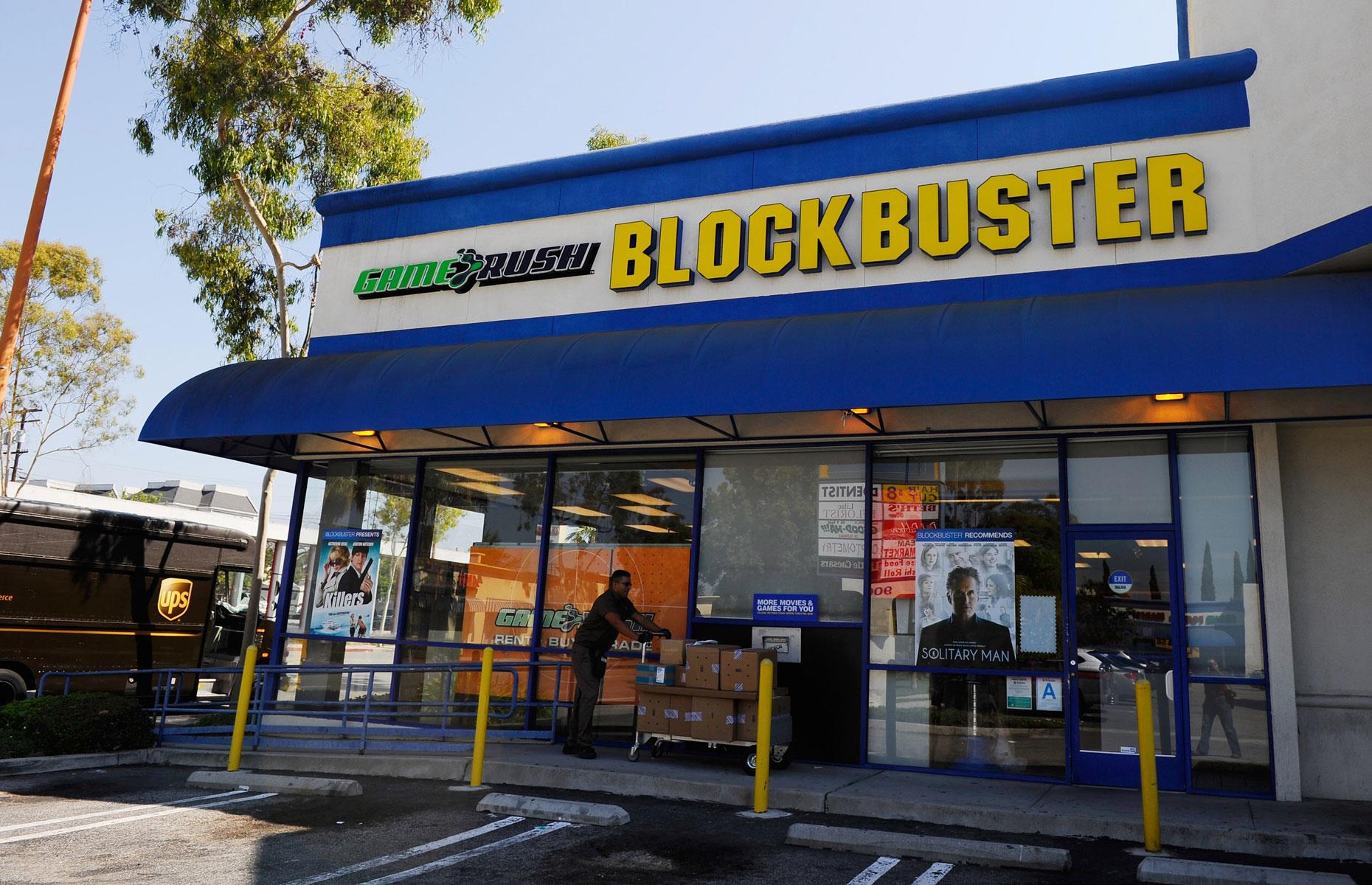 Losing out to rivals such as Neflix, Blockbuster was on the brink of collapse by the end of 2009 having reported losses that year of $500 million. Still, its chairman and CEO Jim Keyes along with several other executives netted $1.5 million in "discretionary" bonuses. 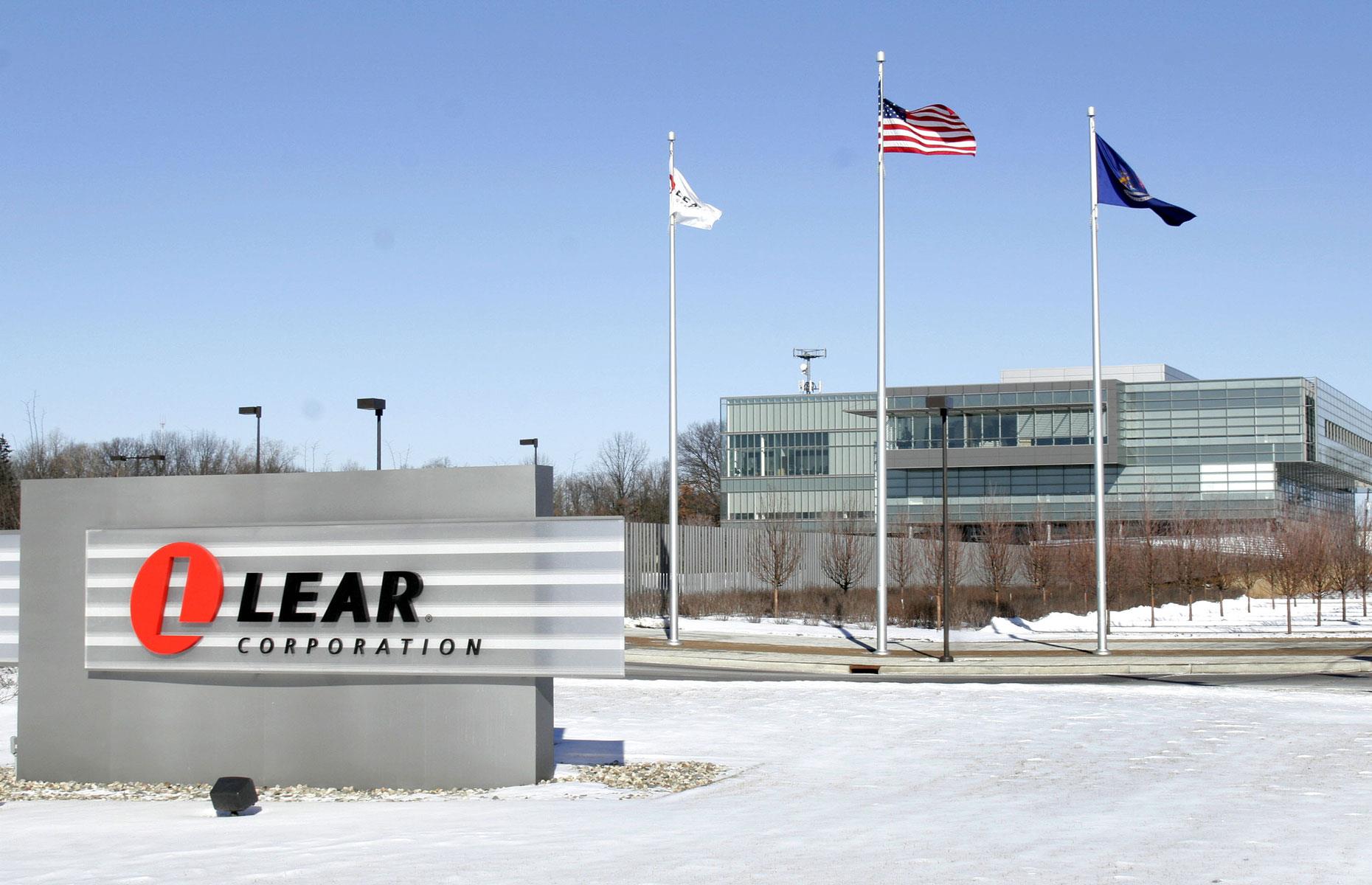 Top executives at US automotive parts manufacturer Lear Corporation were rewarded with bonuses totalling $20.6 million in 2009, the year the firm went bankrupt, closing 28 locations and and shedding as many as 20,000 employees. 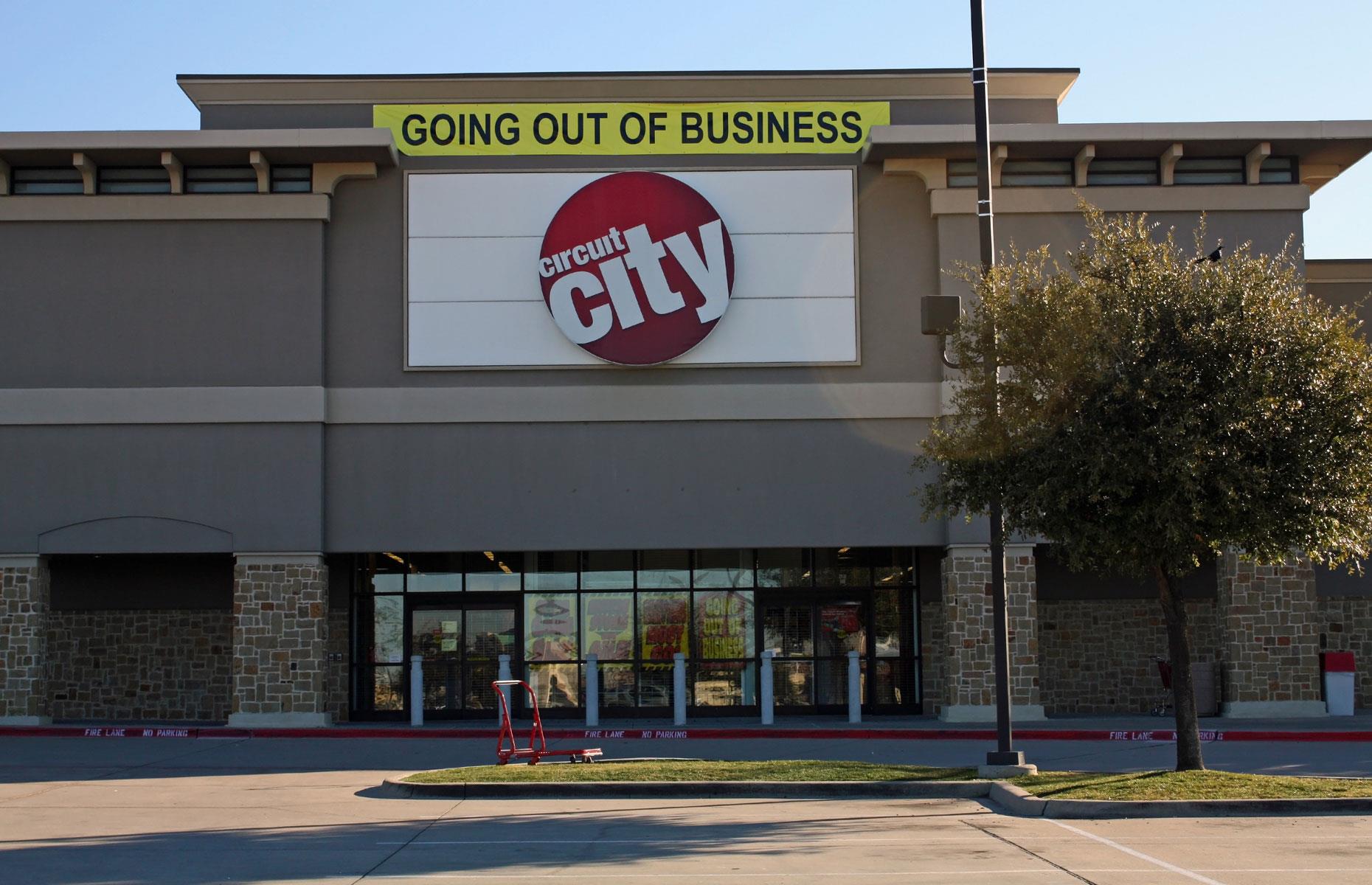 Ignoring objections from the US Justice Department, consumer electronics chain Circuit City was able to pay $2.3 million in 2009 to the executives who cut 39,000 jobs and managed the company's liquidation.
Features 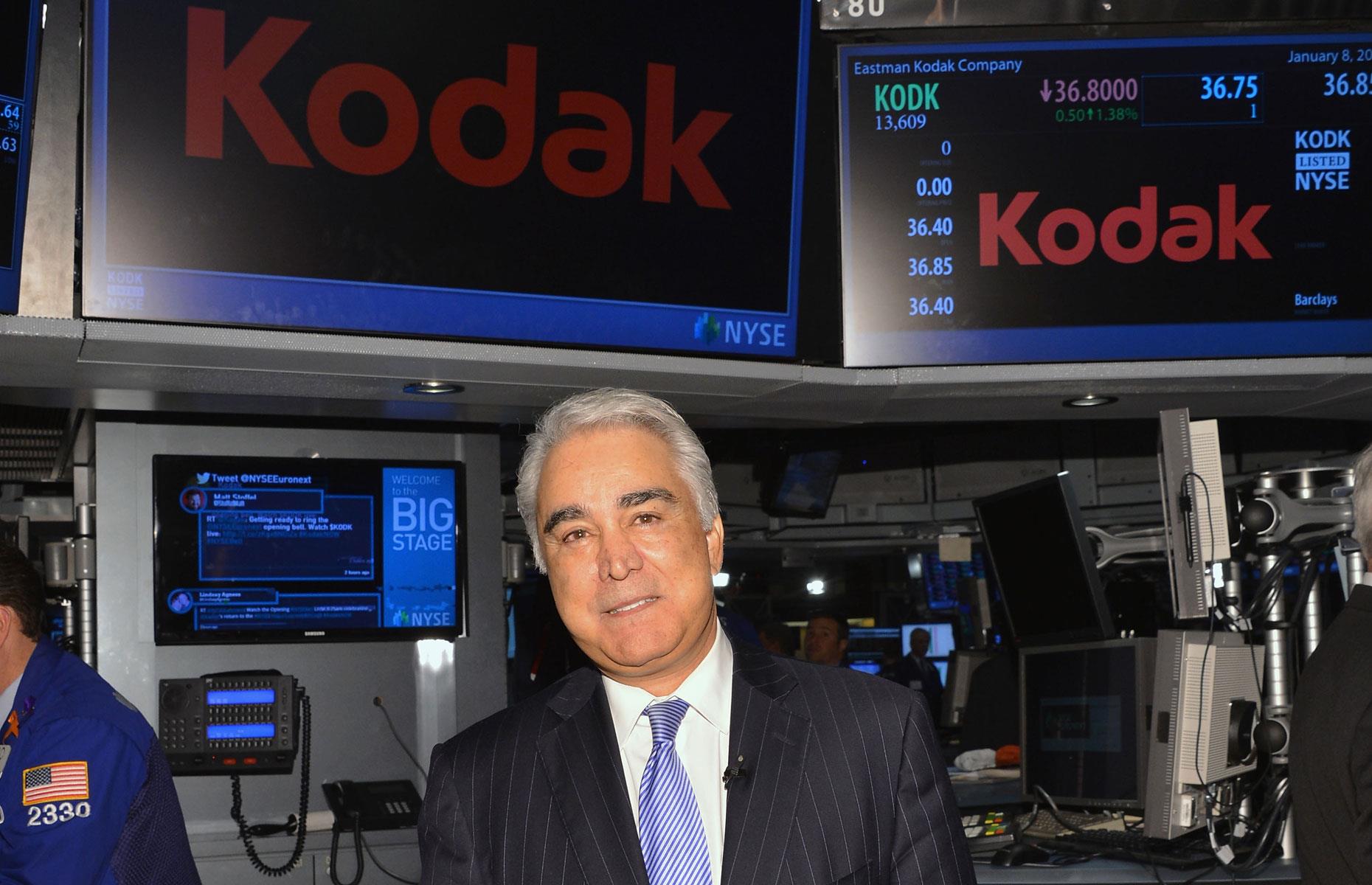 Kodak posted losses of $300 million (£233.8m) in 2012 after filing for Chapter 11 bankruptcy. In spite of the camera-making company's dire performance, its CEO Antonio Perez received $3.3 million (£2.6m) in salary and performance-related bonuses. 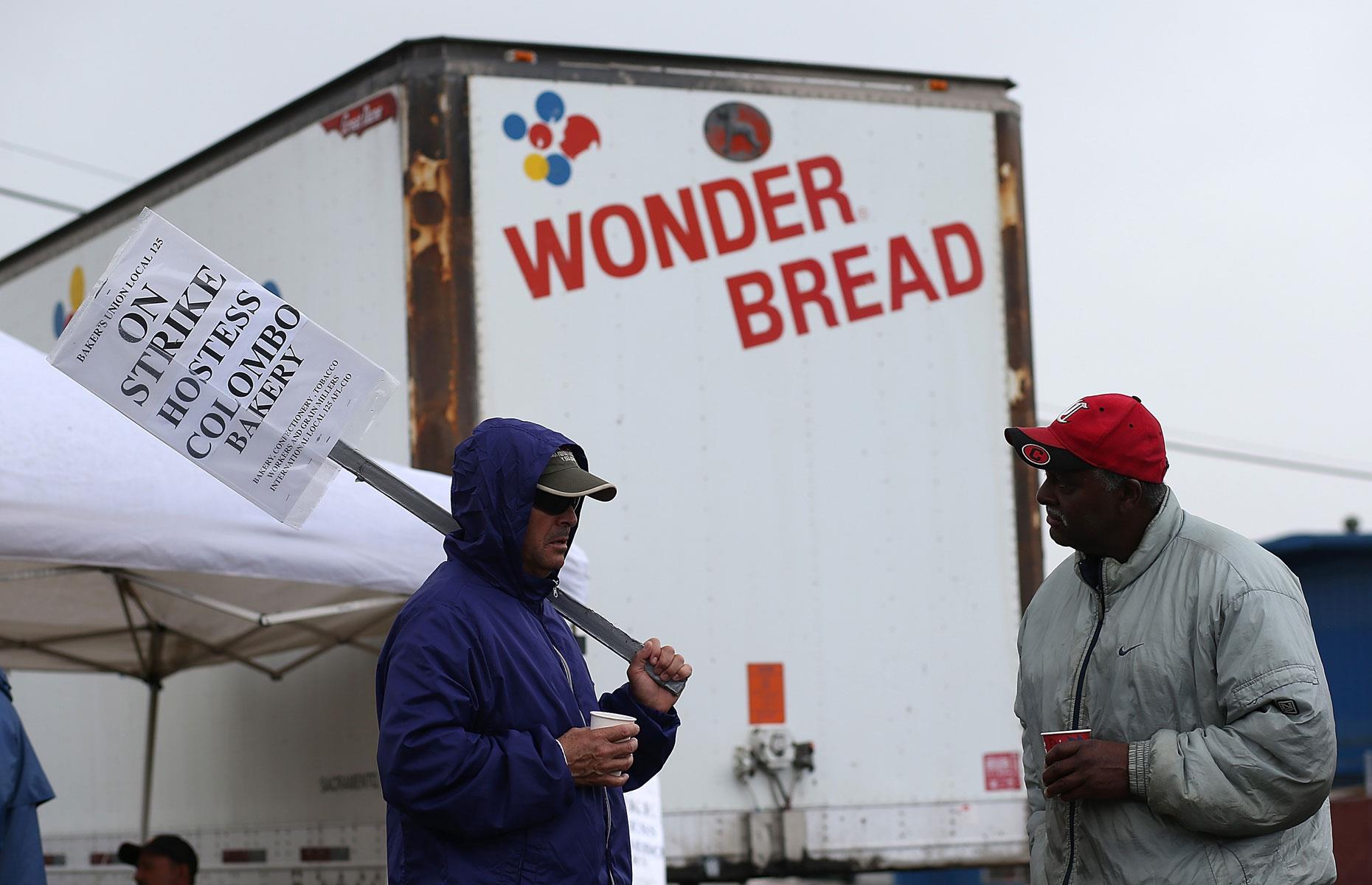 Hostess Brands, the former maker of Twinkies, Wonder Bread and Sno Balls, entered into bankruptcy in 2012. That same year the US company tripled its CEO's pay, boosted other executives' salaries by up to 80% and awarded them hefty bonuses, while cutting bakers' pay by 8%.
Features

Arcadia boss Sir Philip Green acquired UK high-street retailer BHS in 2000 for £200 million, but along with other shareholders went on to extract more than £580 million ($744m) in dividends, rental payments and interest on loans to fund his opulent lifestyle. Green offloaded the business in 2015 for £1 ($1.30) to avoid liability for the pension scheme, and BHS collapsed the following year.

As reported by the New York Post, Cumulus Media was on the brink of collapse in 2017, but its CEO Mary Berner continued to receive large bonus payments, cannily opting for quarterly rather than end of year payments just in case the radio broadcaster had collapsed and left her out of pocket. Berner received a bonus of $3.8 million (£2.9m) in 2017. 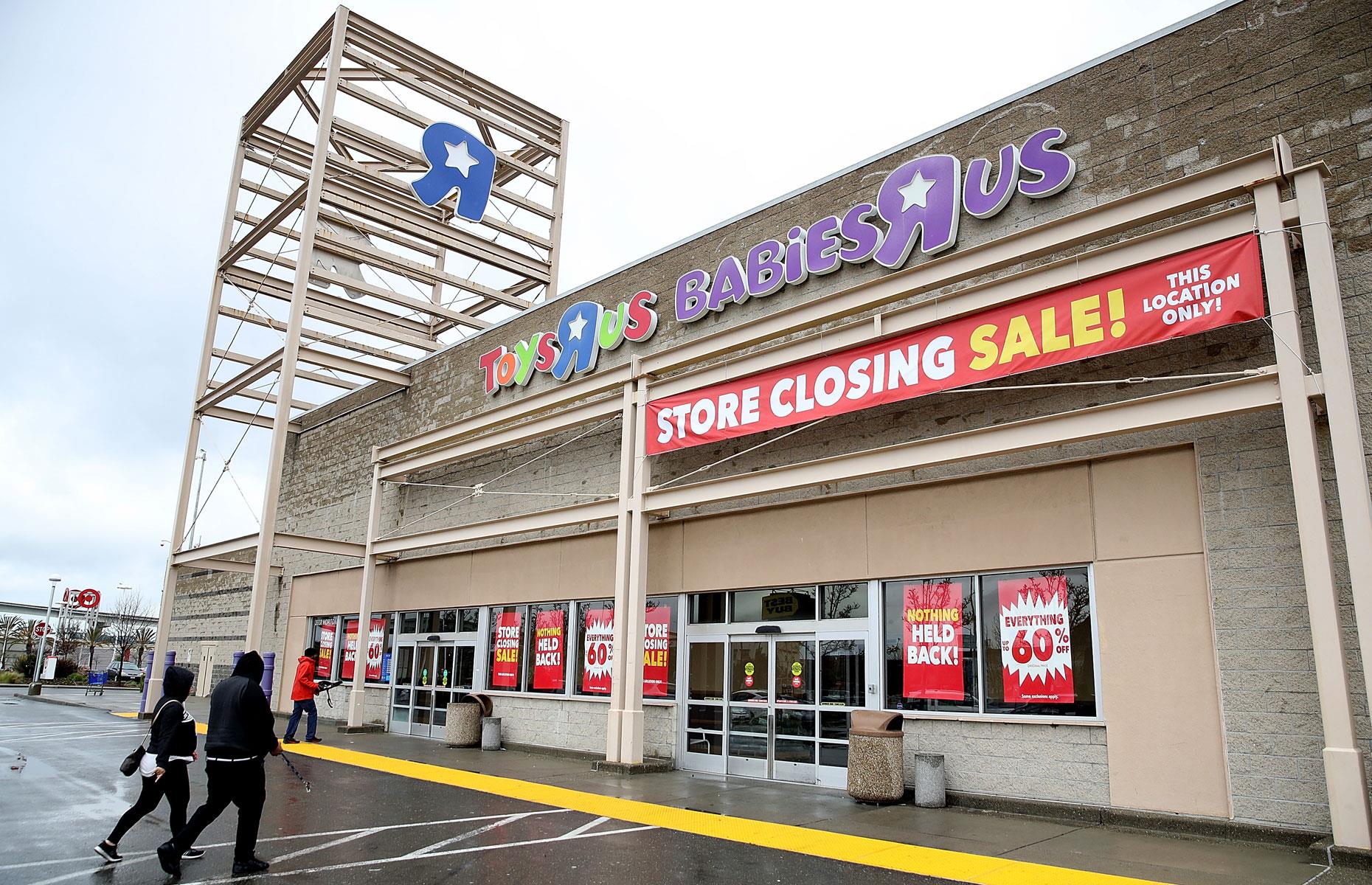 Toys R Us lavished executives with $8.2 million (£6.4m) in 'retention' bonuses a week before it entered bankruptcy in September 2017. The CEO David Brandon received $2.8 million (£2.1m). But it was a different story for the 30,000 laid-off workers who had to fight for severance pay, which the company eventually agreed to cough up in November of last year. 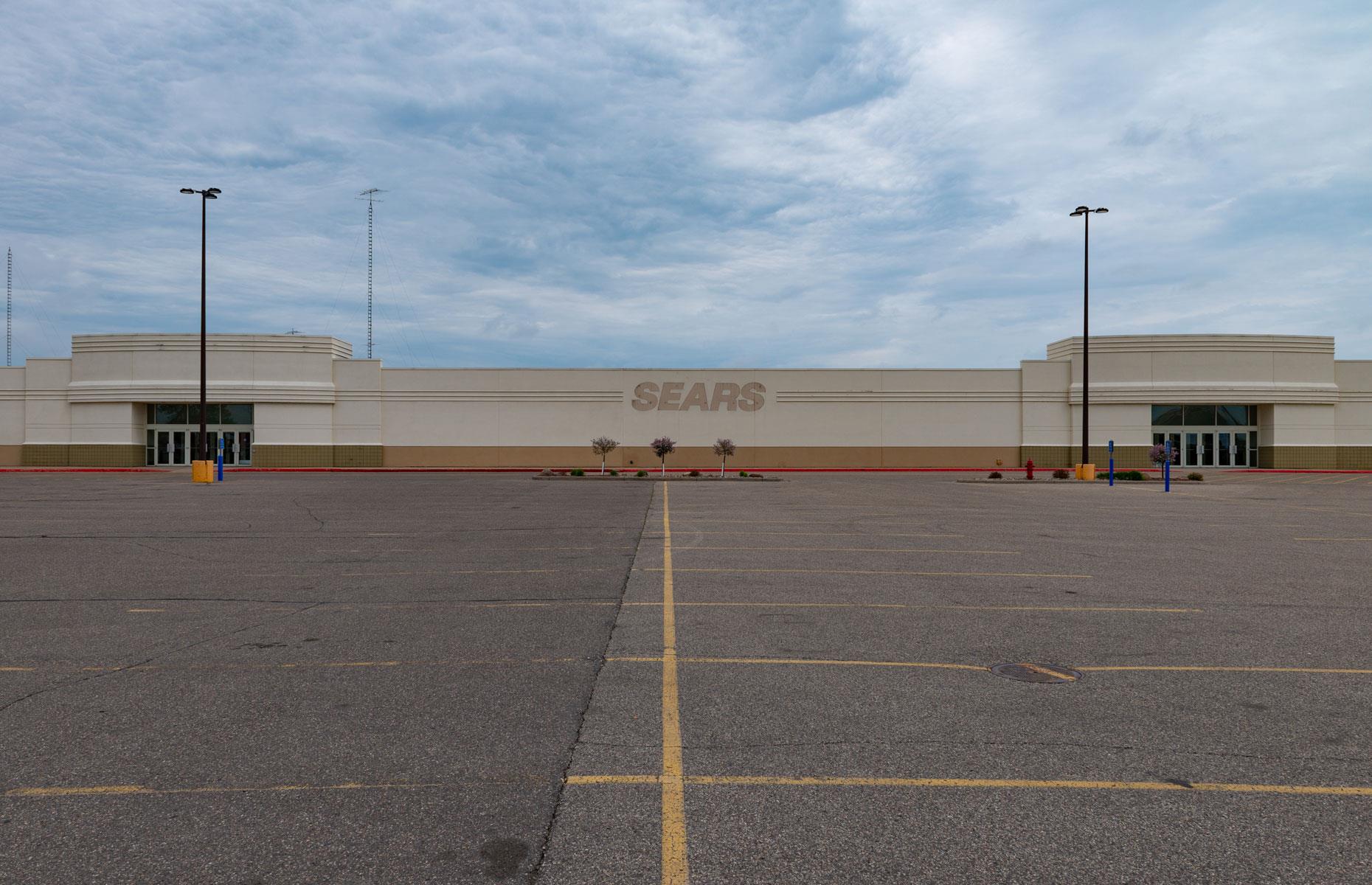 Sears' store employees weren't so fortunate. Their severance pay was cut when the department store chain went under while the directors of the company walked away with $25.3 million (£19.6m) in bonuses. Adding to the controversy surrounding the business, Sears filed a lawsuit against former CEO Eddie Lampert and a slew of ex directors of the company earlier this year. Sears' lawyers allege that the executives "looted" the company of "billions of dollar of assets".

According to evidence submitted to a UK House of Commons Select Committee hearing last year, bosses at the now defunct construction and facilities management company Carillion prioritised pay over company performance and paid themselves fat bonuses as the firm faltered.

Rite Aid shareholders staged a revolt last year when it emerged that CEO John Standley was set to receive a large pay rise and a $3 million (£2.3m) bonus. In fact, 84% of shareholders voted against the executive pay package, a move which actually boosted the US drugstore chain's share price. As a result Standley agreed to step down from his role. Rite Aid had had a particularly bad year as its share price plummeted and the firm found itself at risk of bankruptcy. 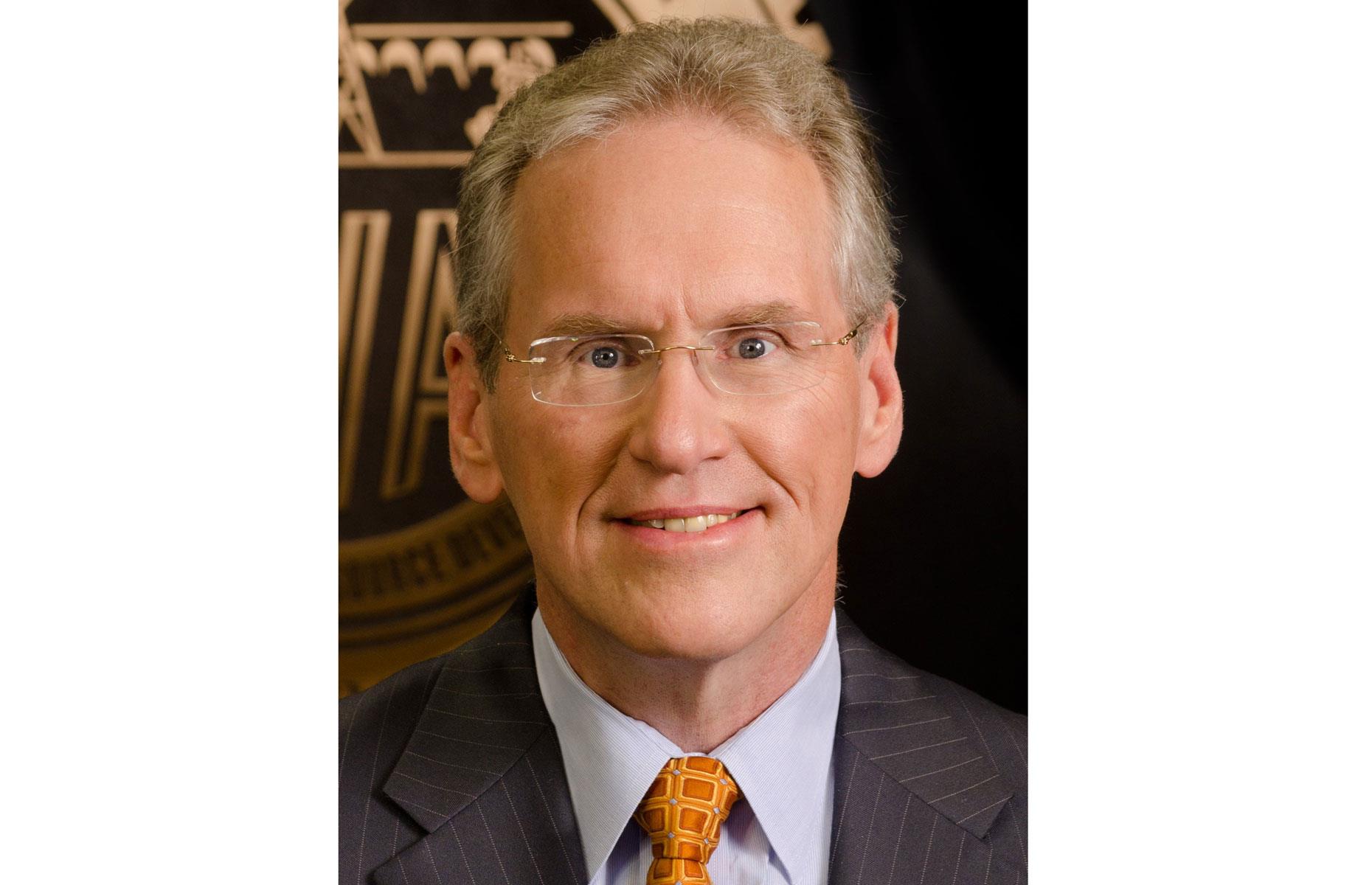 California utility firm PG&E, which was blamed for the wildfires that swept through the state's northern regions in 2017 and 2018, filed for Chapter 11 bankruptcy in January. Though the company is in dire straits financially, it was still able to pay its new CEO Bill Johnson a $3 million (£2.3m) "transition payment". 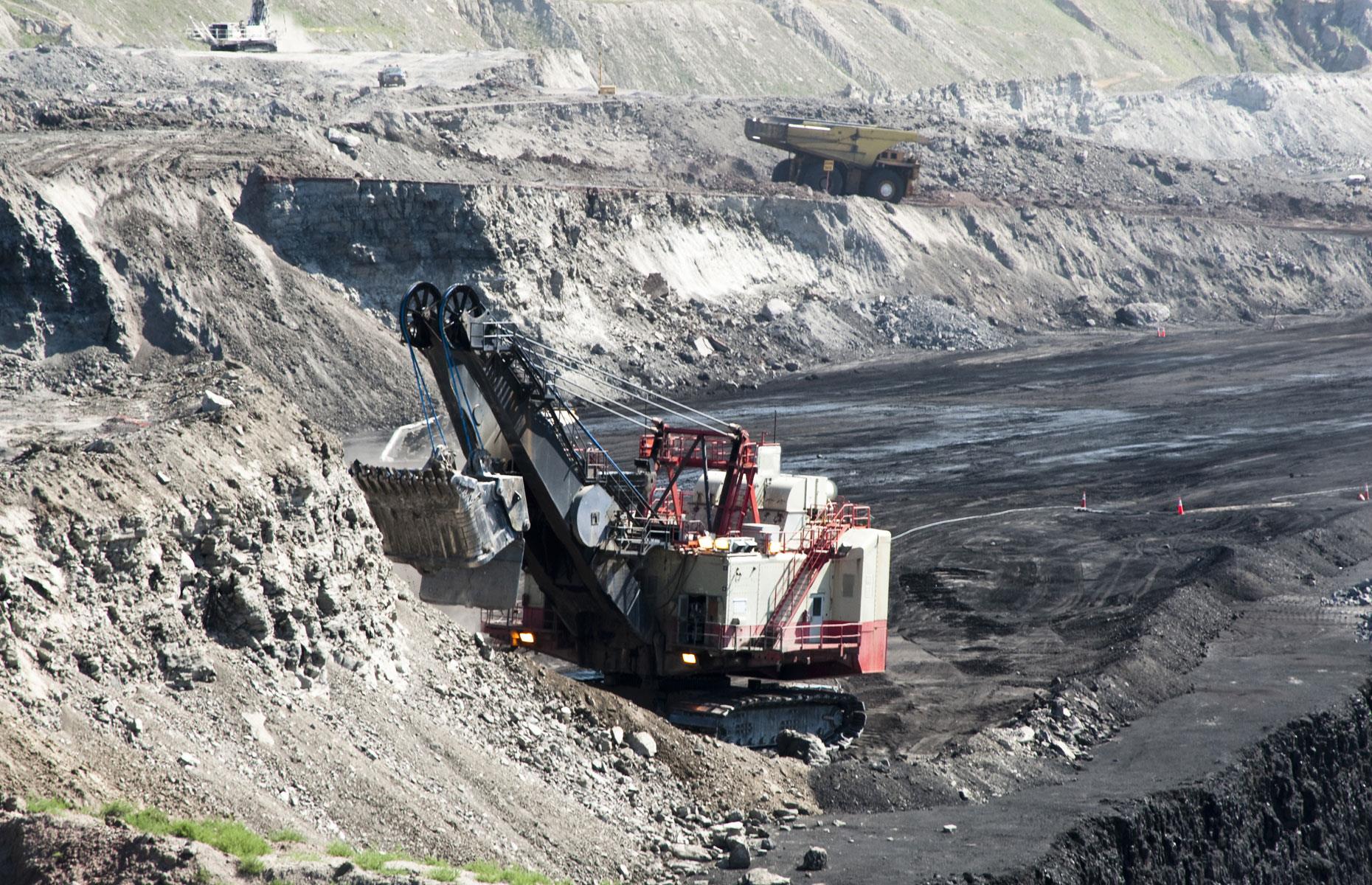 UK travel agent Thomas Cook was underperforming for almost a decade before its dramatic collapse in September, yet its top executives reaped millions of pounds in bonuses, which disgruntled redundant staff and former customers have demanded they pay back. Chief executive Peter Fankhauser was challenged over his £500,000 bonus by a cross-party committee of MPs in October, where he stated that he had not received a bonus the previous year. The company's collapse led to 9,000 UK job losses, and left 150,000 holiday-makers stranded in their destinations. It cost £100 million ($129m) of UK taxpayers' money to bring them back. 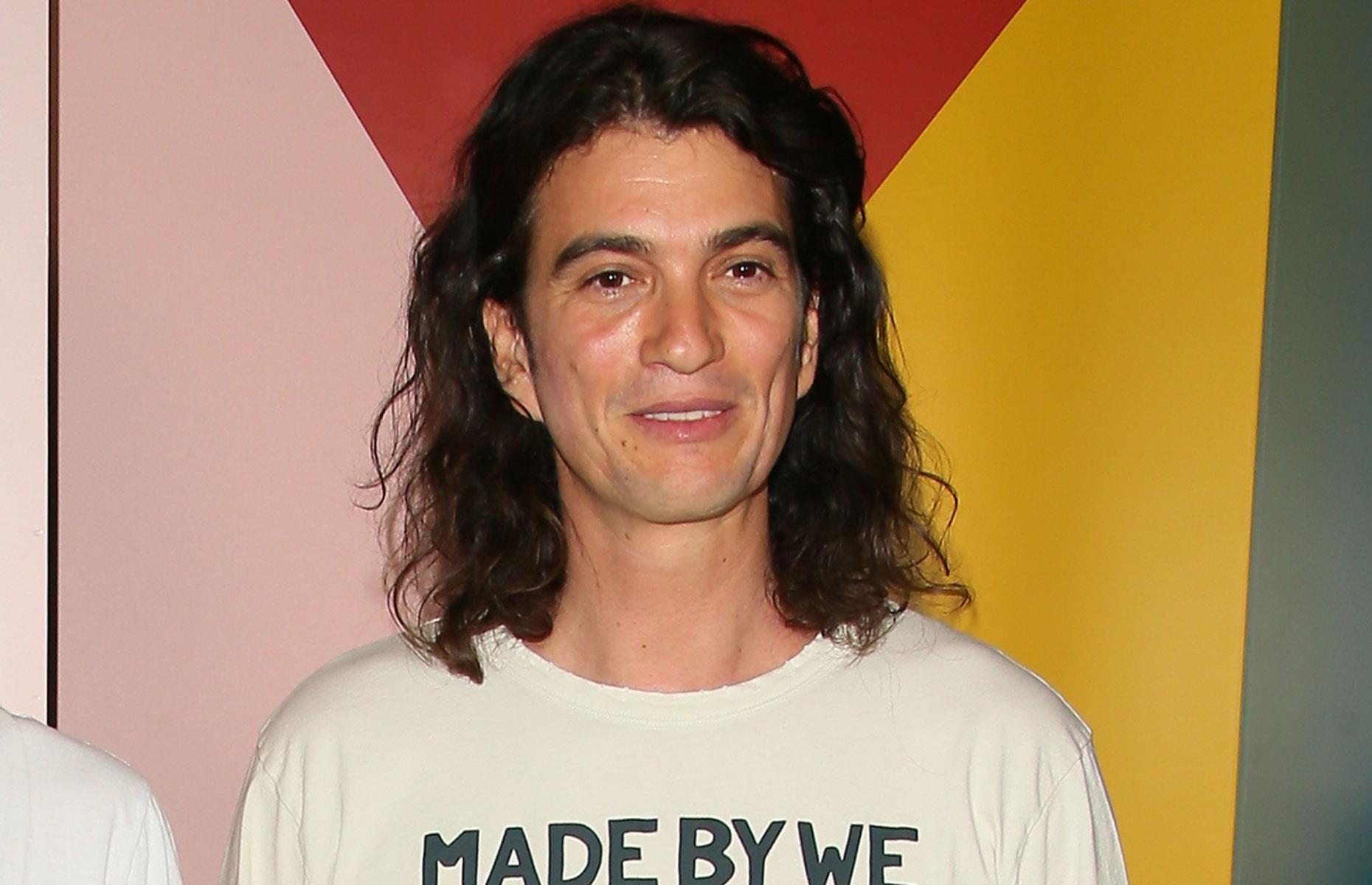 WeWork founder and former CEO Adam Neumann ran the firm he started into the ground. But after accepting Japanese conglomerate SoftBank's rescue deal Neumann is in line to receive a $1.7 billion (£1.3bn) golden handshake – effectively to get rid of him. Yet the future may not be so bright for the 4,000 staff of the shared workspaces real estate company who face redundancy.

Now discover the entire towns and cities dominated by one company