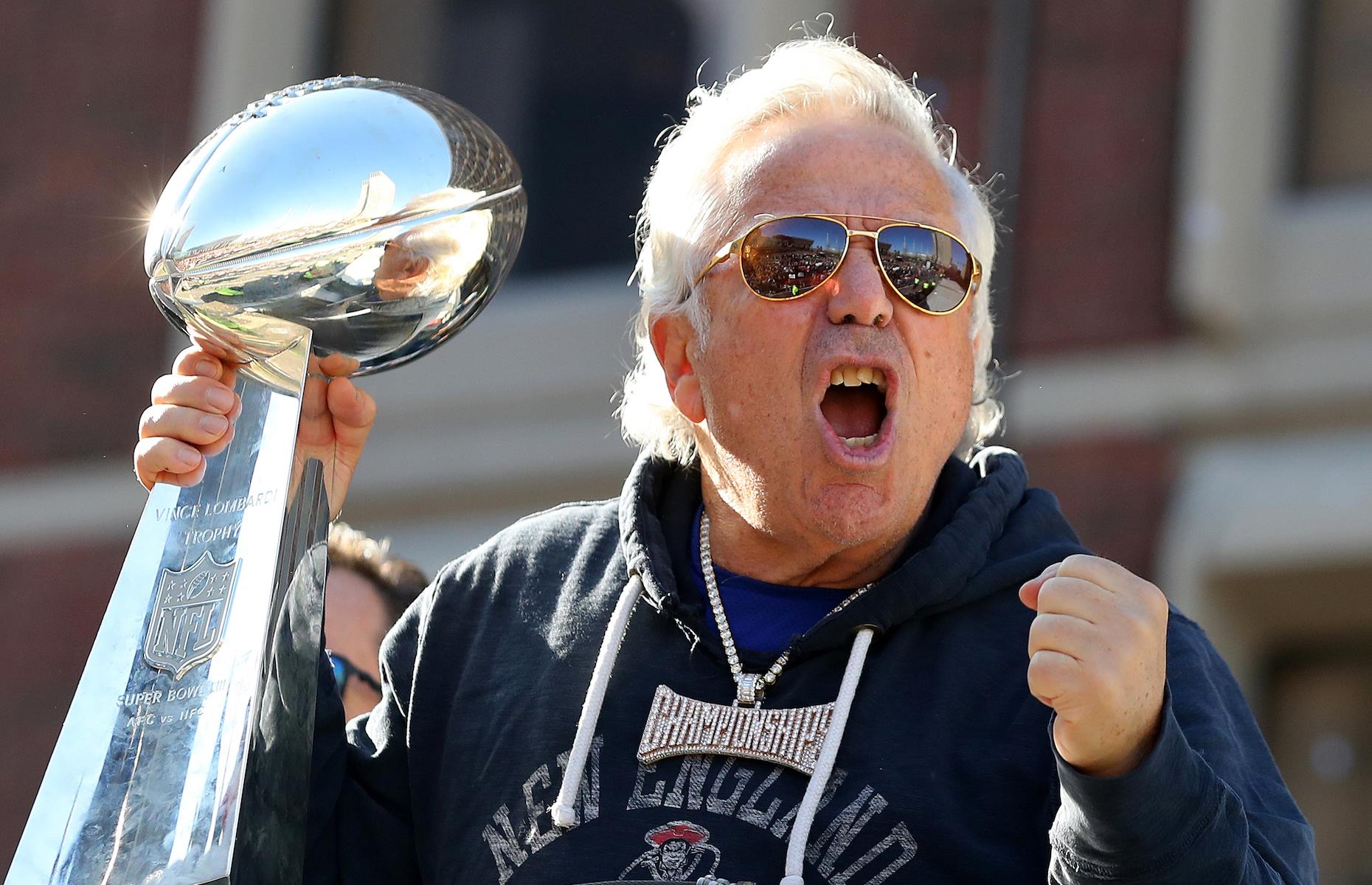 Imagine if you could snap up your favourite sports team, fast food chain, newspaper or other enterprise close to your heart. In fact, the line of mega-rich individuals who have done just that is long and the deals have often been eye-watering. From lifelong baseball fan Robert Kraft and his New England Patriots to new Sotheby's owner Patrick Drahi, we take a look at the billionaires who bought businesses they love and admire. 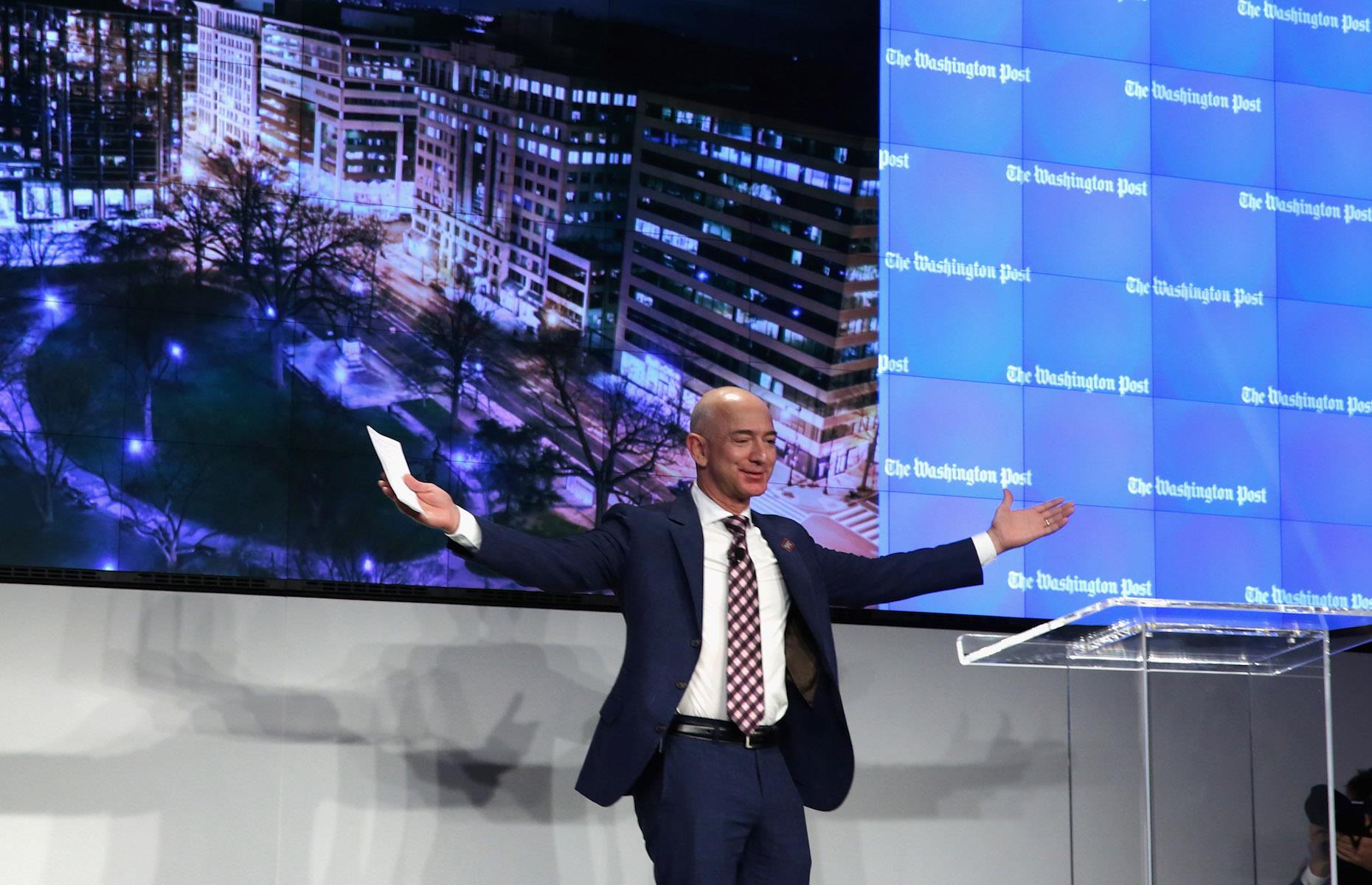 An avid newspaper reader and champion of journalistic freedom, Amazon founder Jeff Bezos spent $250 million (£201m) of his personal fortune in 2013 to purchase The Washington Post and has since turned its fortunes around, spectacularly reviving the venerable broadsheet, which had been seriously flagging. 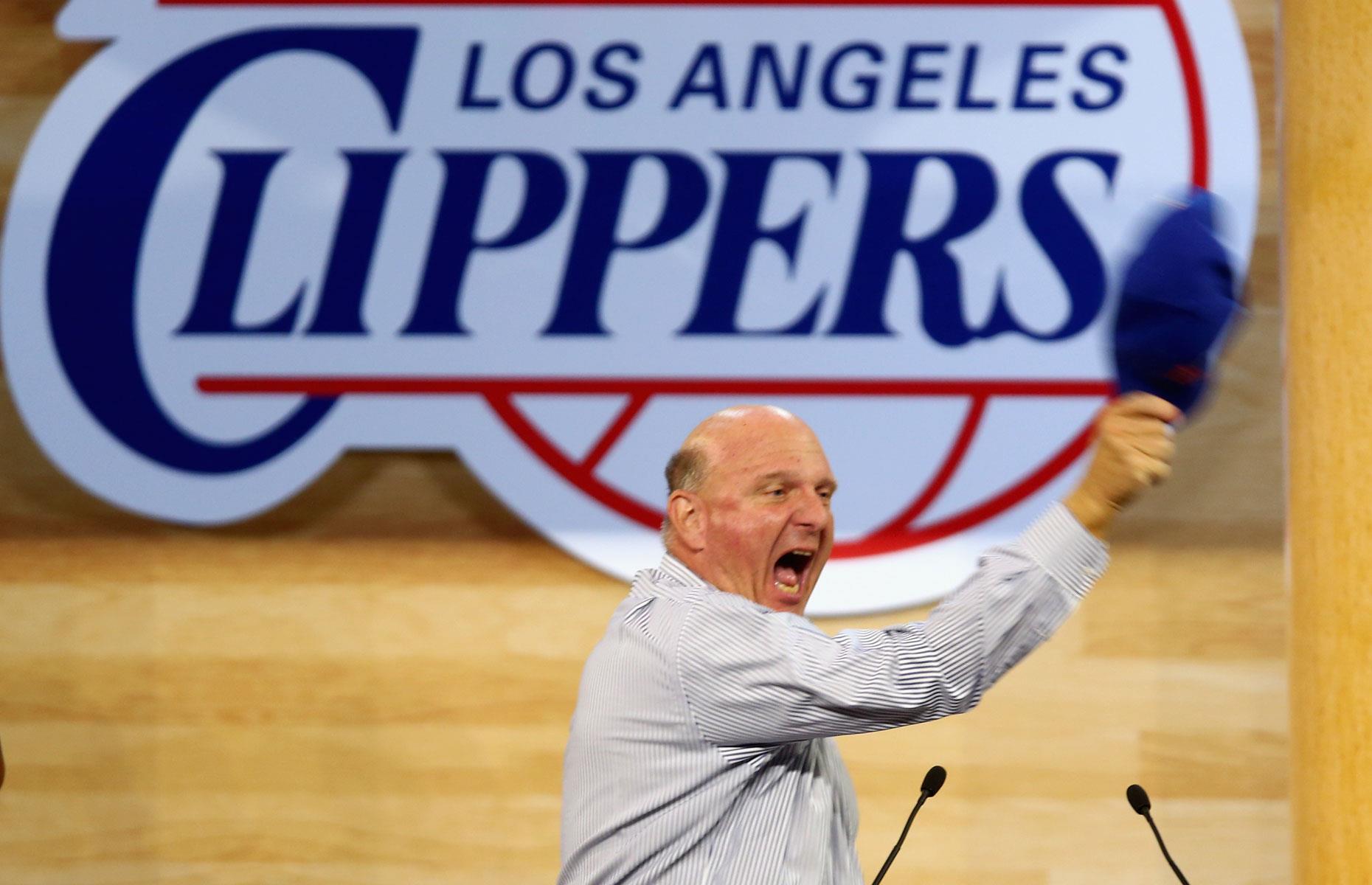 Former Microsoft CEO Steve Ballmer has put his all into the Los Angeles Clippers, the NBA team he bought in 2014 for $2 billion (£1.6bn), according to Forbes. A lifelong basketball aficionado, Ballmer is famed for his boundless enthusiasm for the club and is widely regarded as its number one fan. 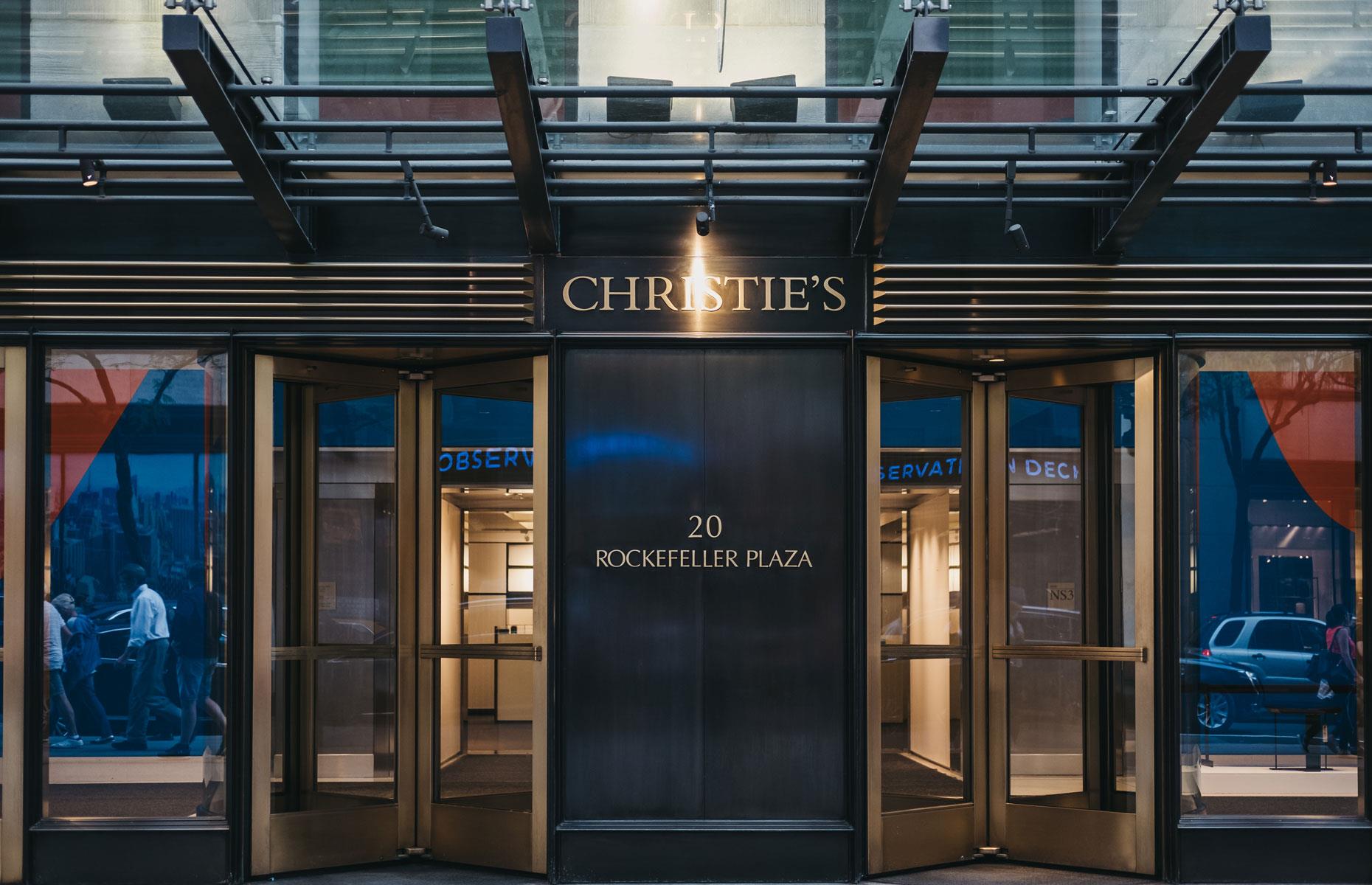 Artemis boss François Pinault, who owns a slew of luxury brands including Gucci and Yves Saint Laurent, acquired auctioneer Christie's in 1998 for $1.2 billion, having been a major client and devotee of the company. The deal works out at around $1.9 billion (£1.5bn) when adjusted for inflation. 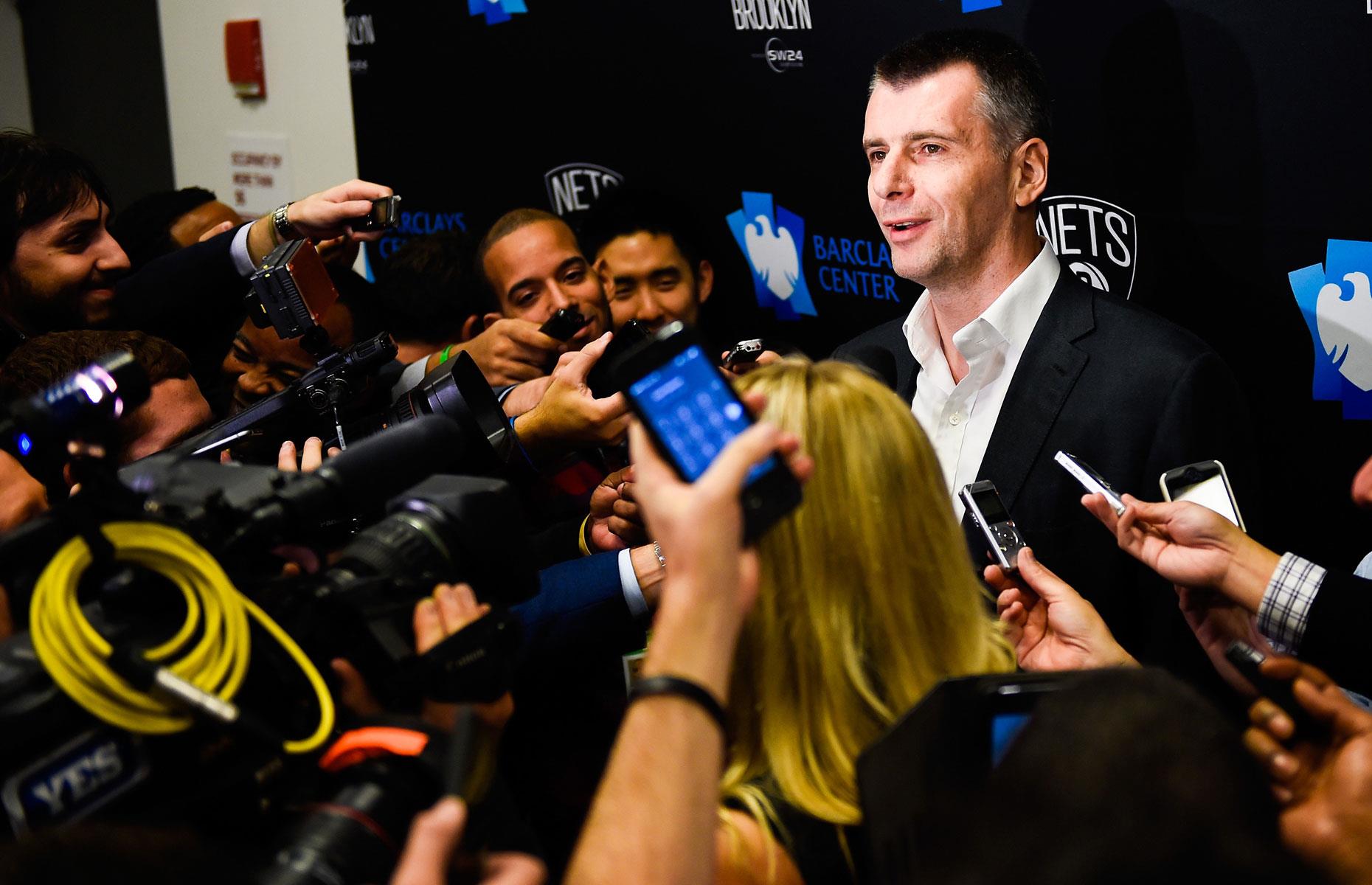 Russian oligarch Mikhail Prokhorov indulged his "long-standing passion for basketball" in 2009 by stumping up $365 million (£293m) for a majority interest in the New Jersey Nets, which was renamed the Brooklyn Nets in 2012. Prokhorov has since sold a 49% stake to Alibaba billionaire Joseph Tsai.
Features 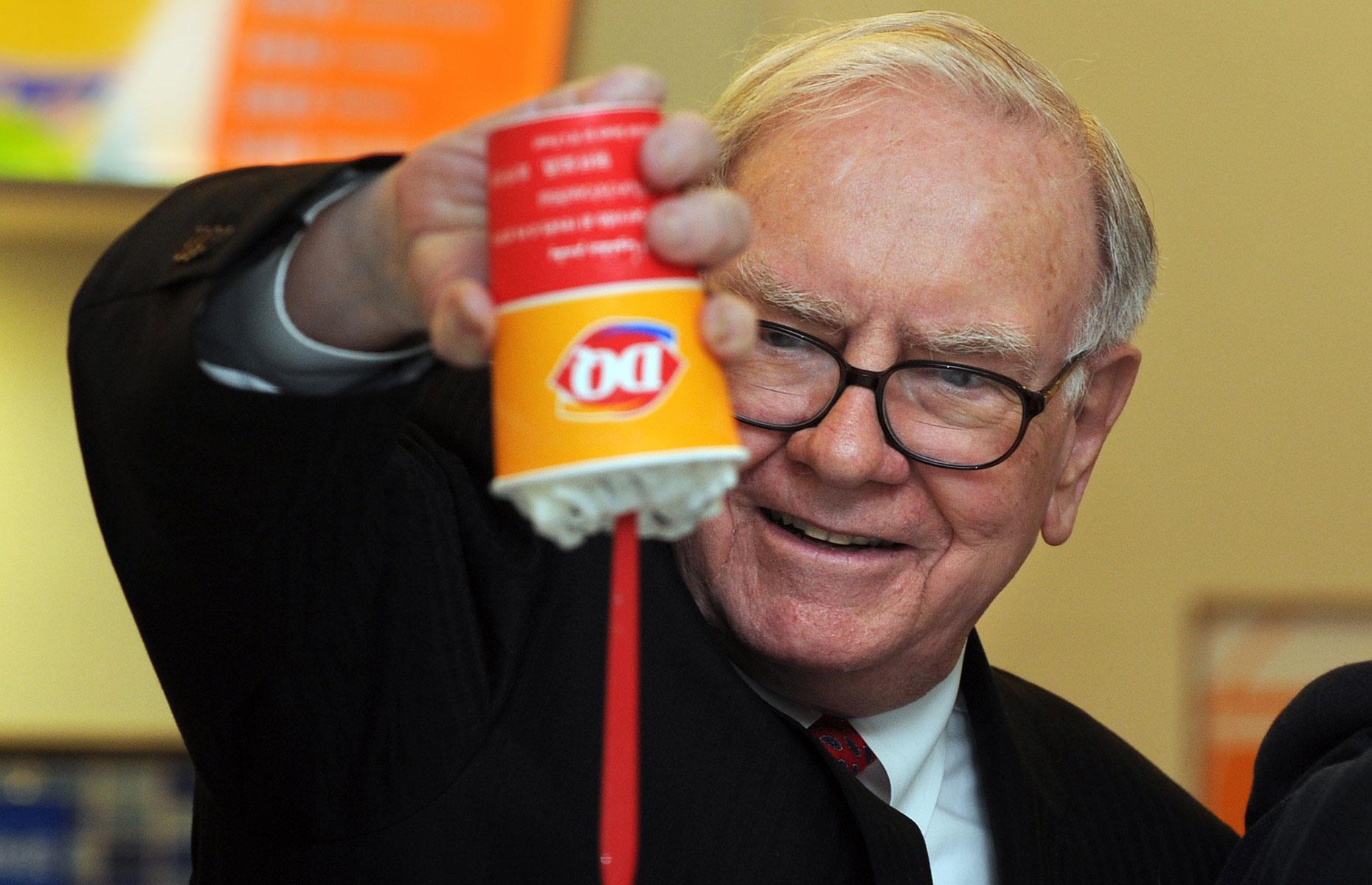 Warren Buffett put his money where his mouth is in 1998 when his ridiculously successful conglomerate Berkshire Hathaway acquired fast food chain Dairy Queen for $585 million, which is $919 million (£745m) in today's money. A loyal customer for years before he bought the company, the legendary investor is especially fond of its ice cream sundaes. 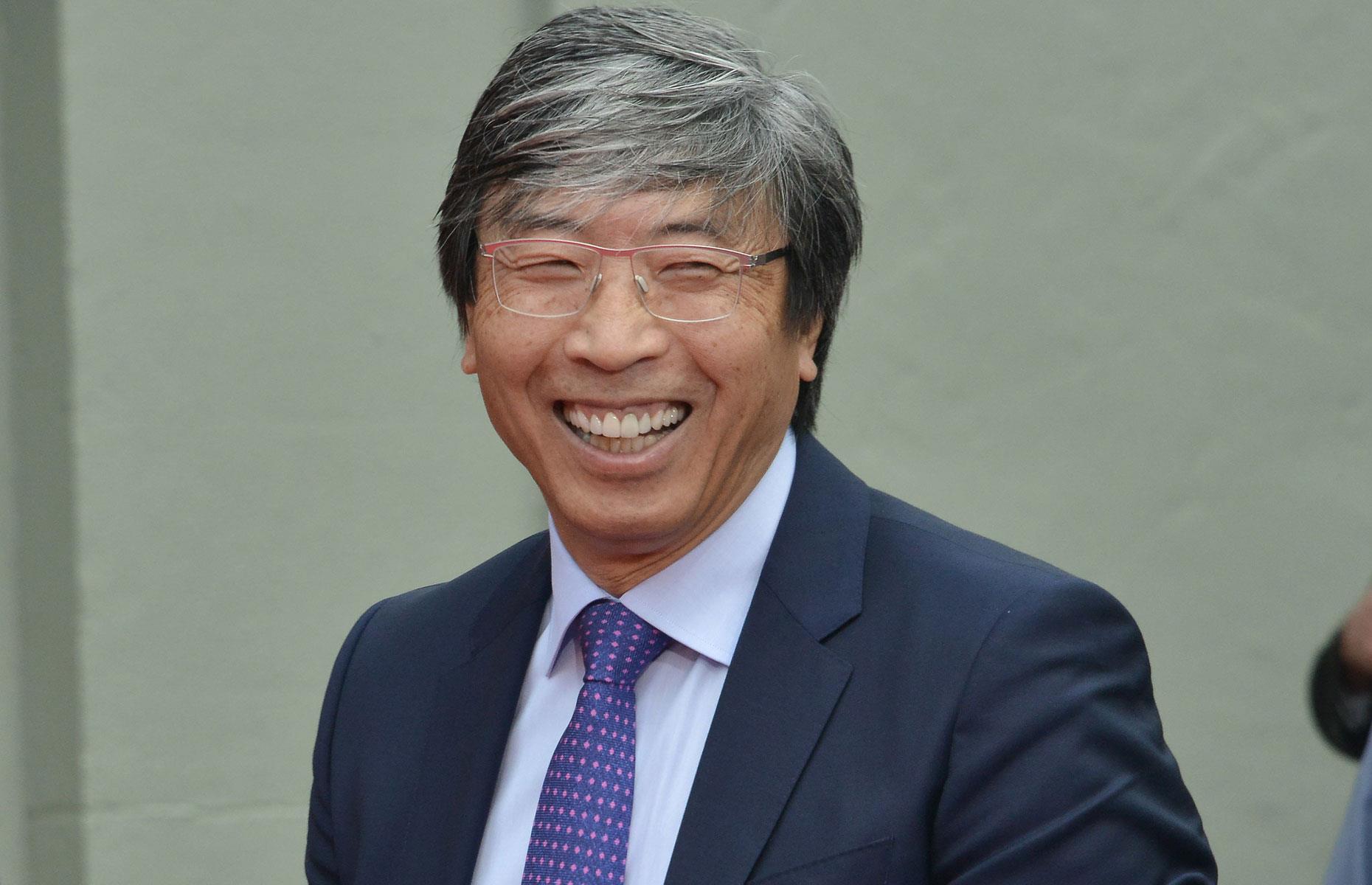 Motivated by noble rather than monetary concerns, biotech billionaire Patrick Soon-Shiong closed a $500 million (£405m) deal plus $90 million (£72m) in pension obligations in June 2018 to purchase the Los Angeles Times, along with the San Diego Union-Tribune, making him one of the first Asian-Americans to own a major newspaper in the US. He has actually admitted that he paid over the odds to save the publications, which he has long revered. 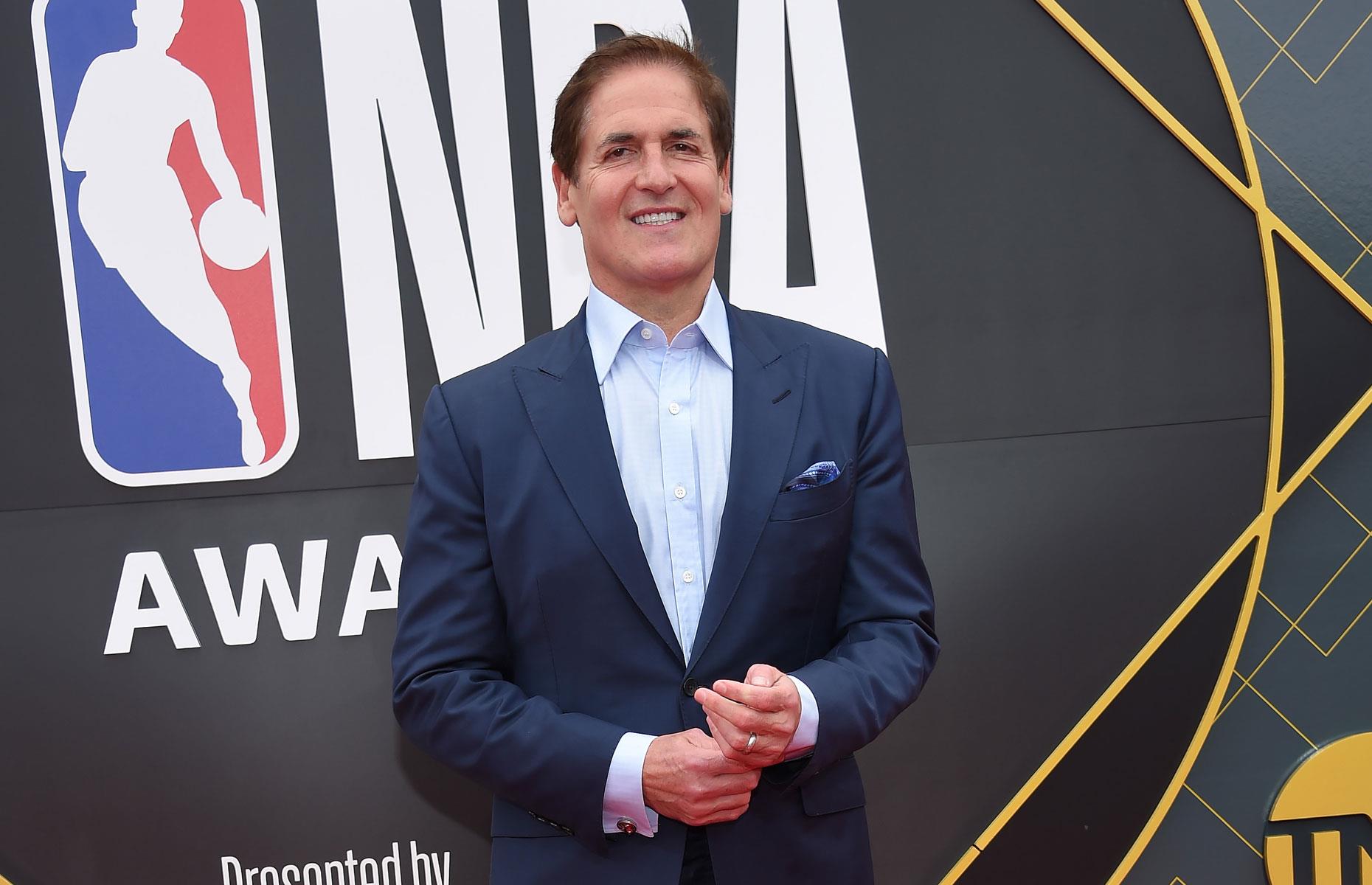 Hard-nosed investor and Shark Tank star Mark Cuban tends to see everything with dollar signs in his eyes. But his primary reason for buying the Dallas Mavericks back in 2000 for $280 million, which is $416 million (£337m) when adjusted for inflation, had nothing to do with money. "Never crossed my mind as an investment," he told CNBC Make It earlier this year. "I did it because I love basketball." 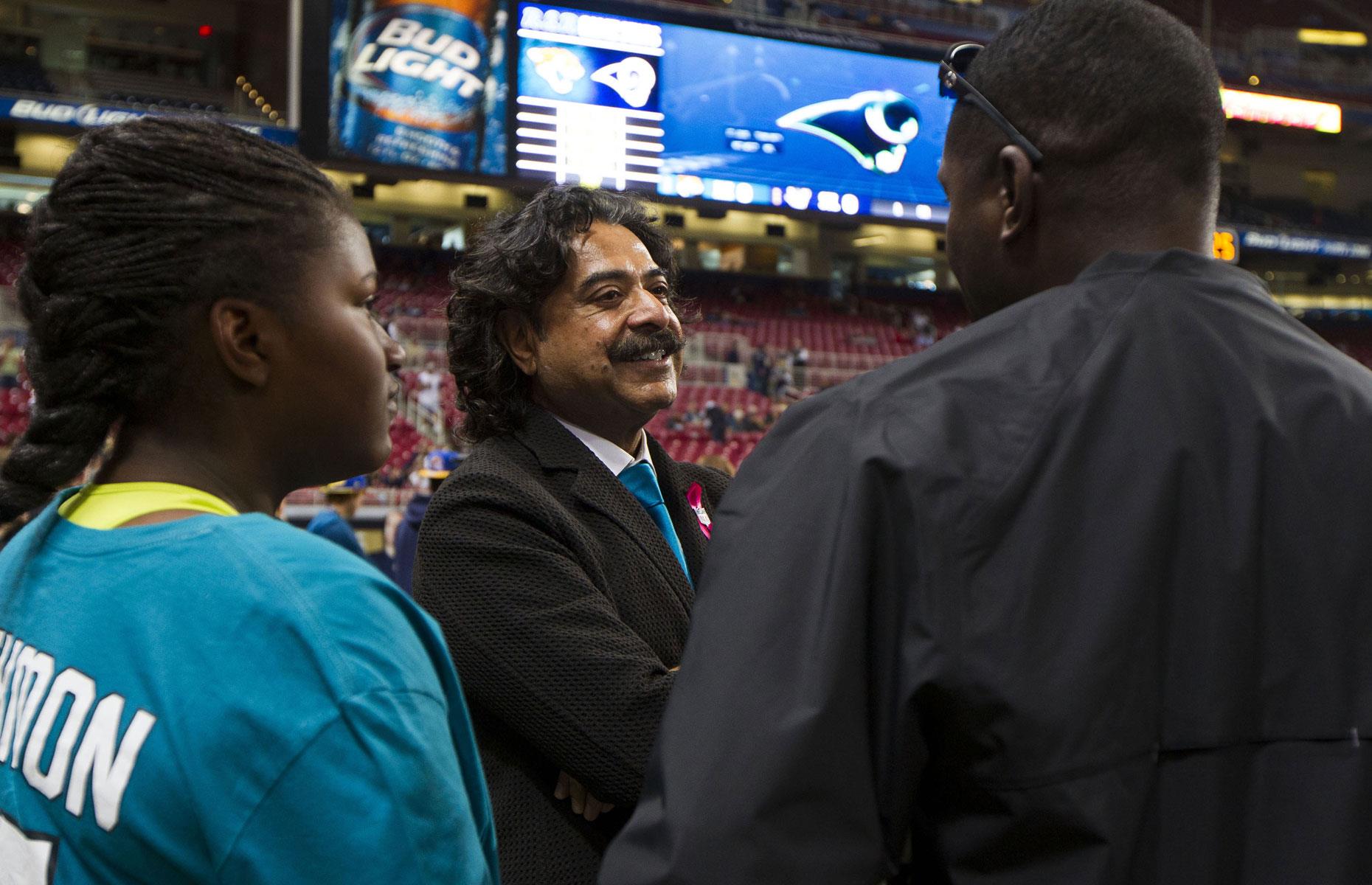 The man who transformed automotive manufacturing company Flex-N-Gate into one of the largest private companies in the US, Pakistan-born entrepreneur Shahid Khan fulfilled his "lifelong American dream" in 2012 when he purchased the Jacksonville Jaguars football team for an estimated $760 million (£610m), according to Forbes.
Features 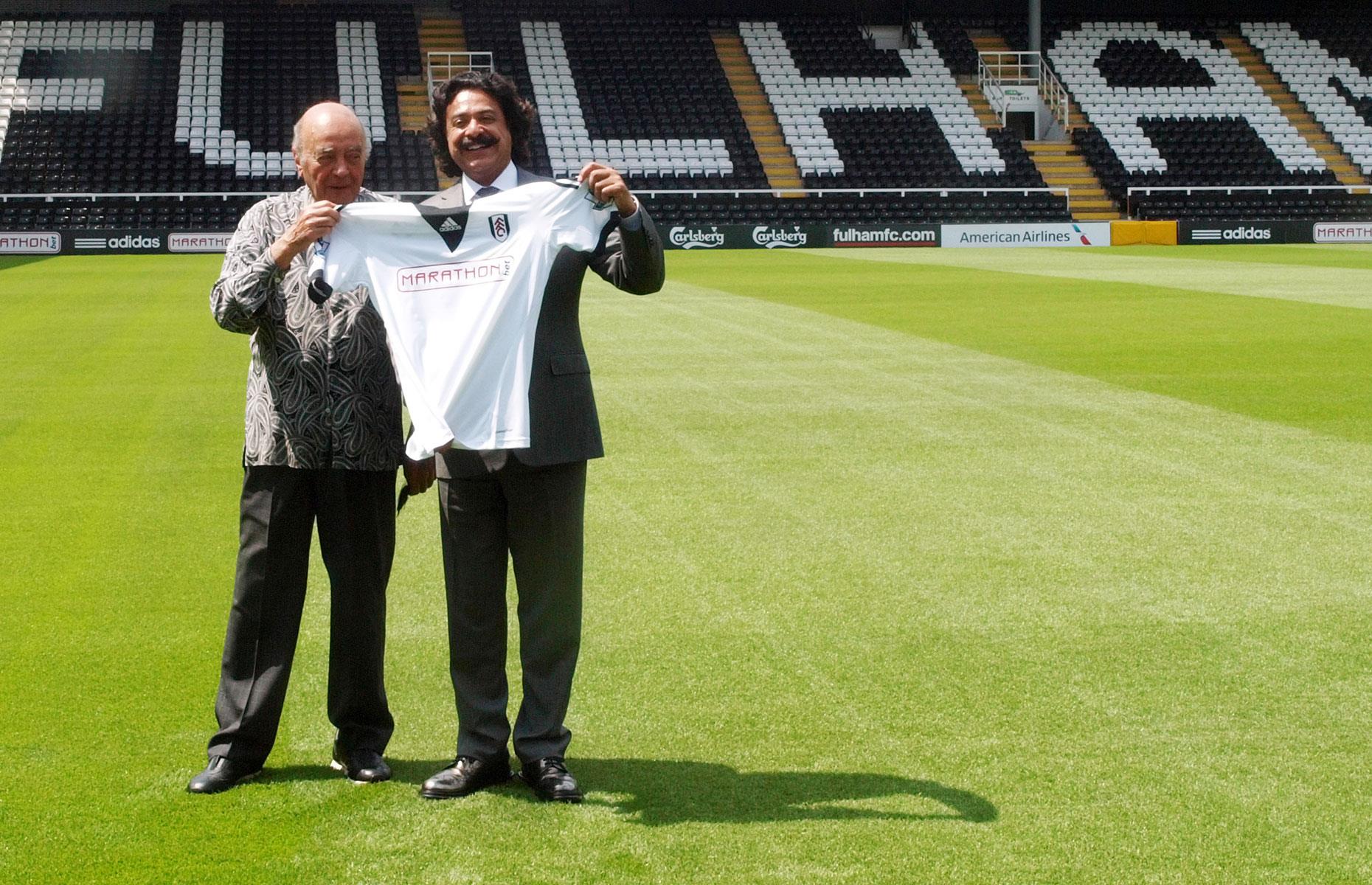 The following year, Khan, who is mad about soccer as well as gridiron football, parted with up to $250 million (£200m) – the actual price hasn't been disclosed – to buy the English soccer club Fulham FC from Egyptian tycoon Mohamed Al-Fayed. He also made an unsuccessful $800 million (£659m) bid for London's iconic Wembley Stadium in 2018. 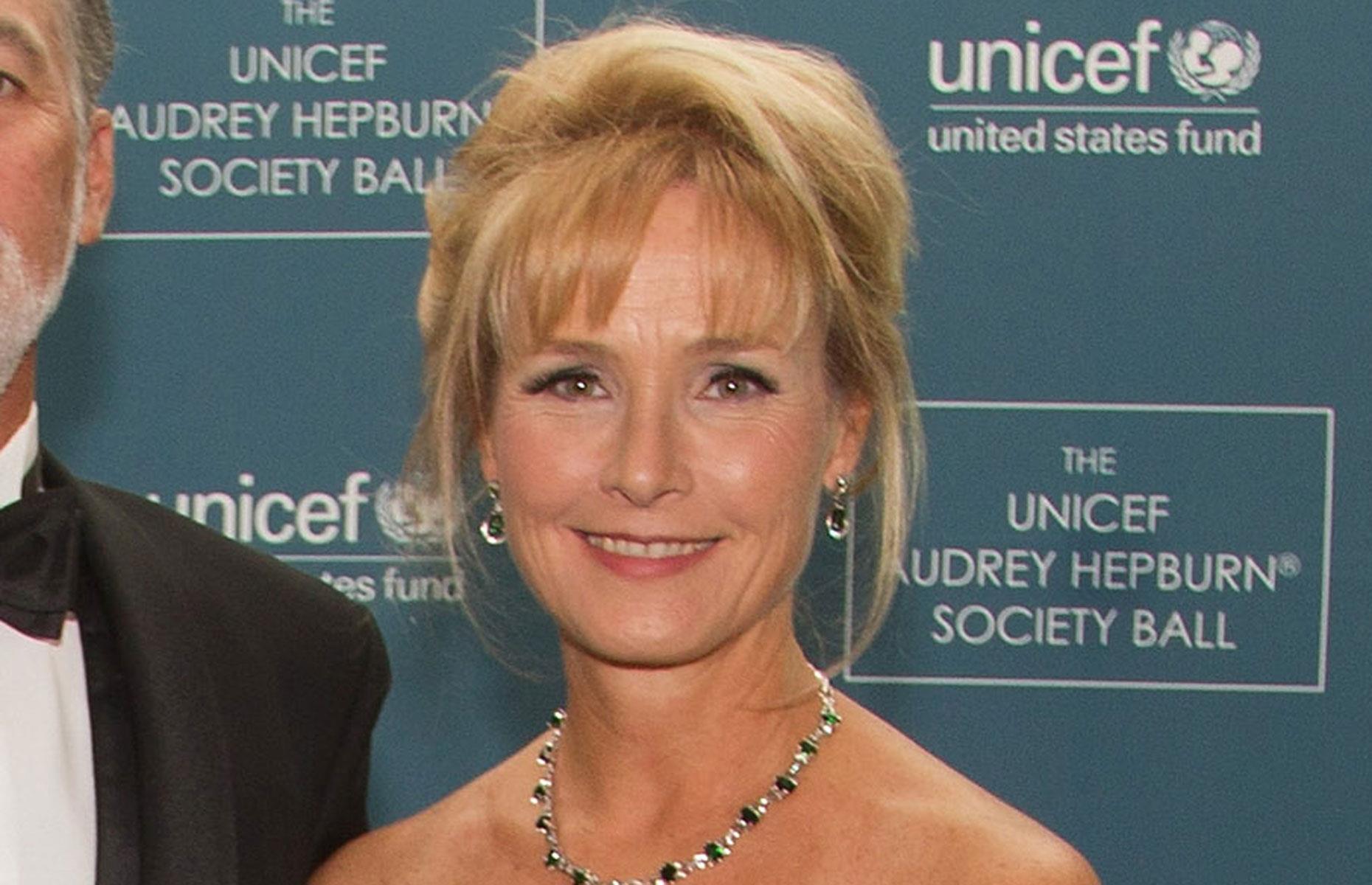 A Lone Star State institution, Texas Monthly was saved in June by oil and gas heiress Randa Williams, who has been "an avid reader" of the Austin-based magazine since her teenage years. The financial details of the deal were not disclosed. 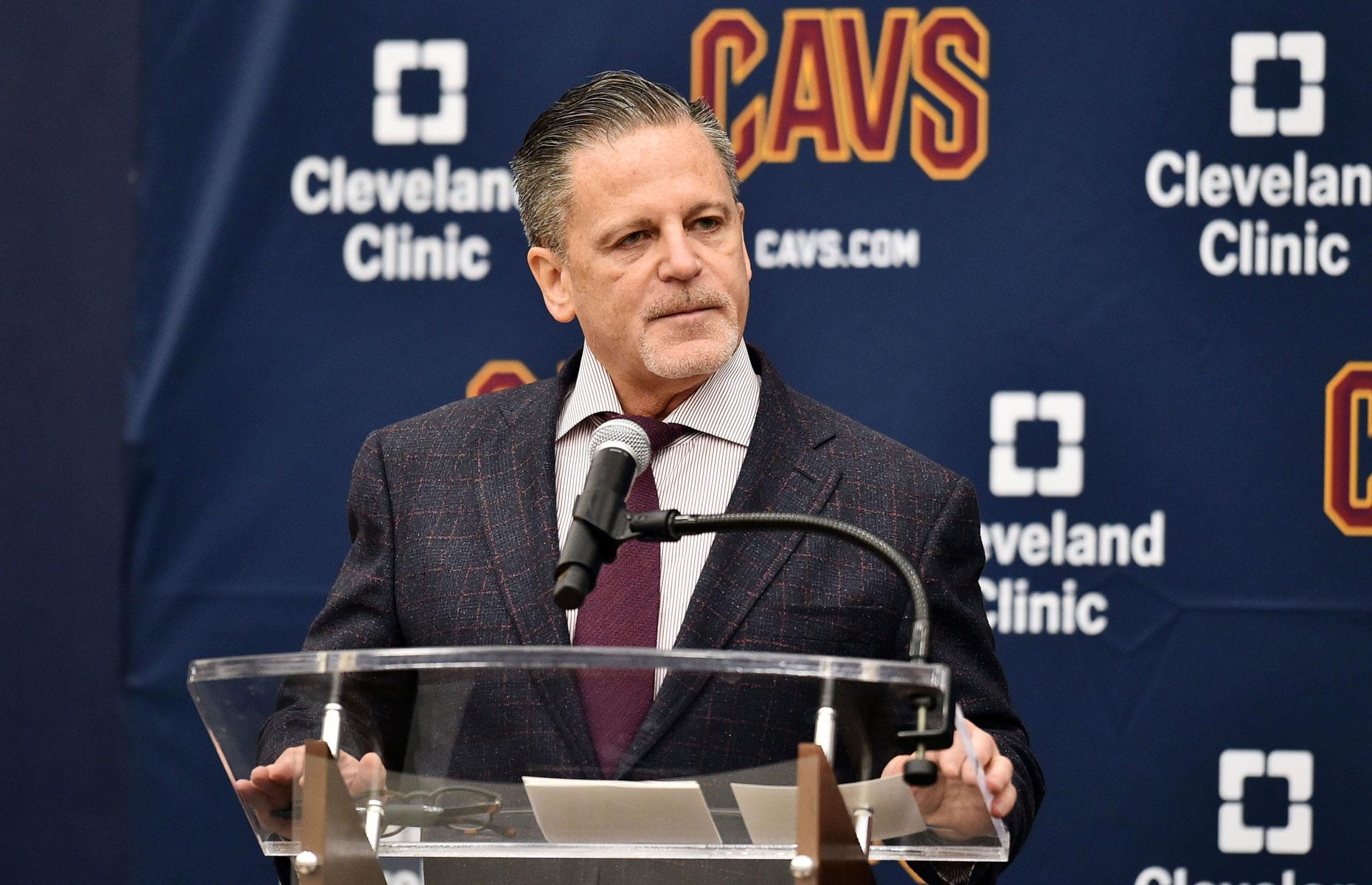 The founder of Quicken Loans and Rock Ventures, Detroit native Dan Gilbert is passionate about regenerating the Rust Belt city. He also put down $335 million (£269m) in 2009 to become the majority owner of his beloved Cleveland Cavaliers NBA team. 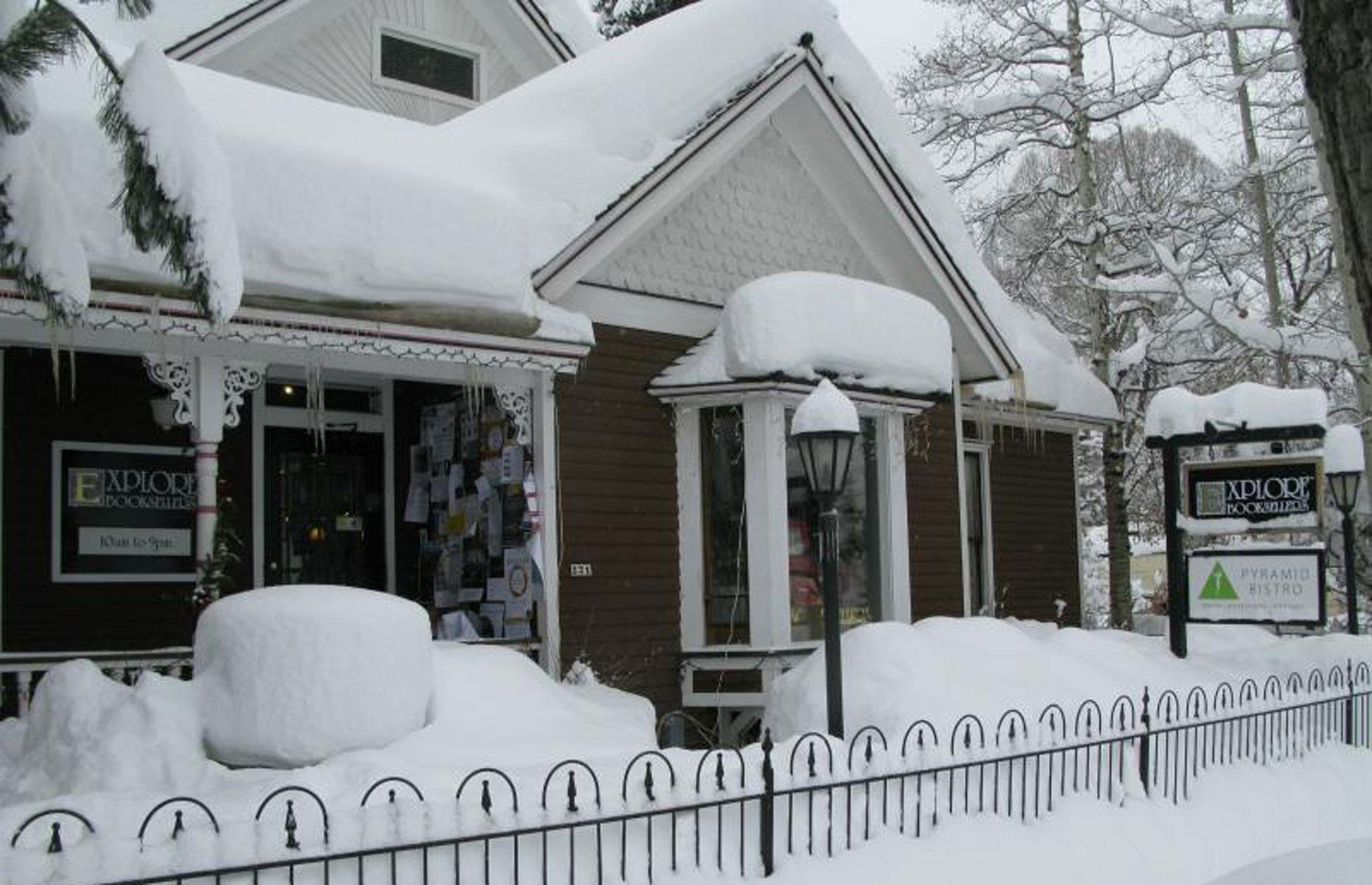 Texan billionaire Sam Wyly bought his favourite bookstore and cafe in Aspen, Colorado in 2007 for $4.4 million (£3.5m) and pumped $500,000 (£402k) into upgrading the facilities. It was a controversial move locally, as the Republican-supporting Wyly couldn't have been more of a contrast to Democrat and former owner Katherine Thalberg. No longer a billionaire, Wyly filed for bankruptcy in 2014 and the popular business was sold on. 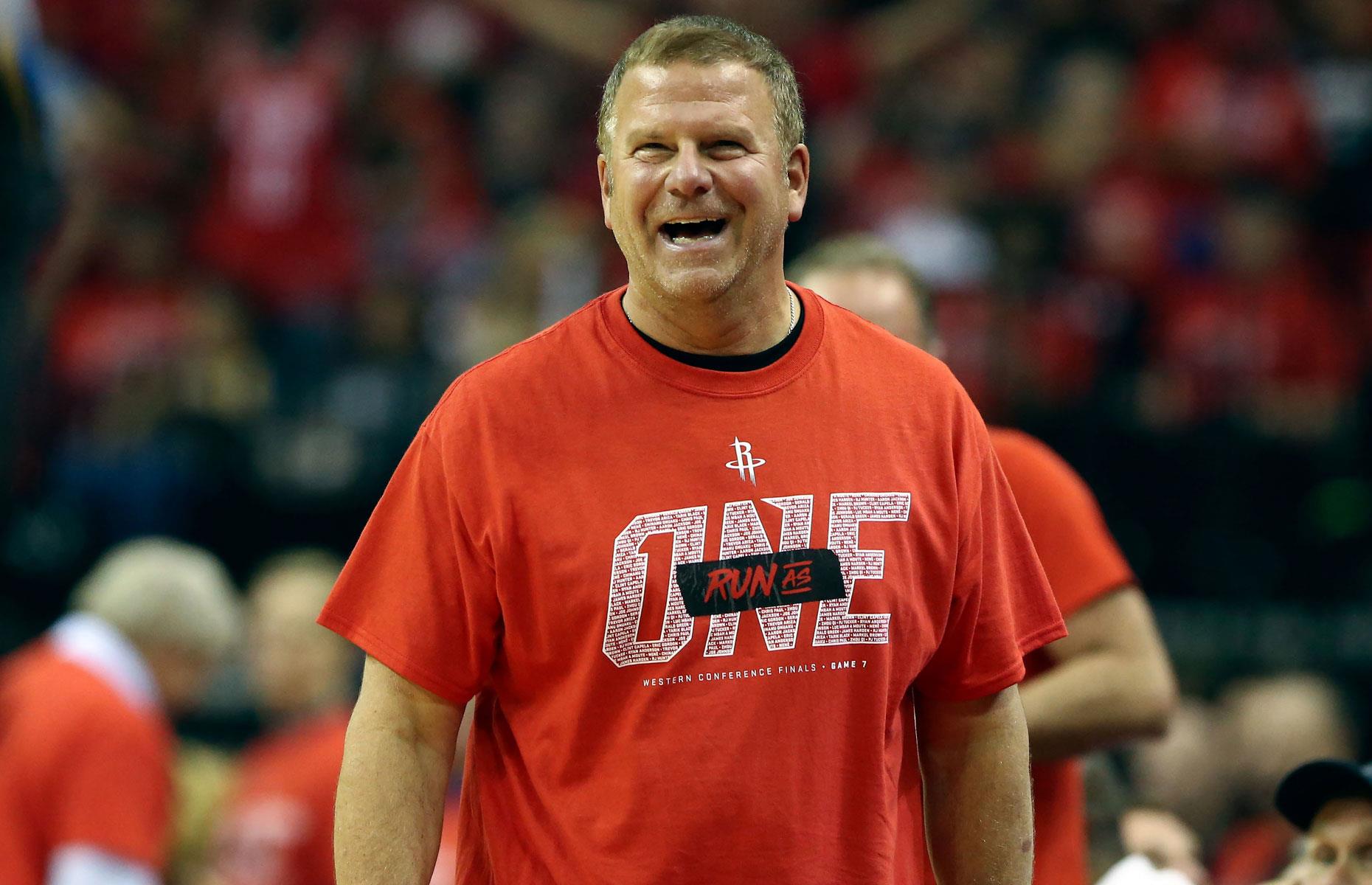 Hospitality tycoon Tilman Fertitta made his "lifelong dream come true" in 2017 when he acquired the NBA's Houston Rockets, the team he has supported for decades. After a failed attempt to buy his favourite team long ago, Fertitta handed over $2.2 billion (£1.8bn) to clinch the deal. 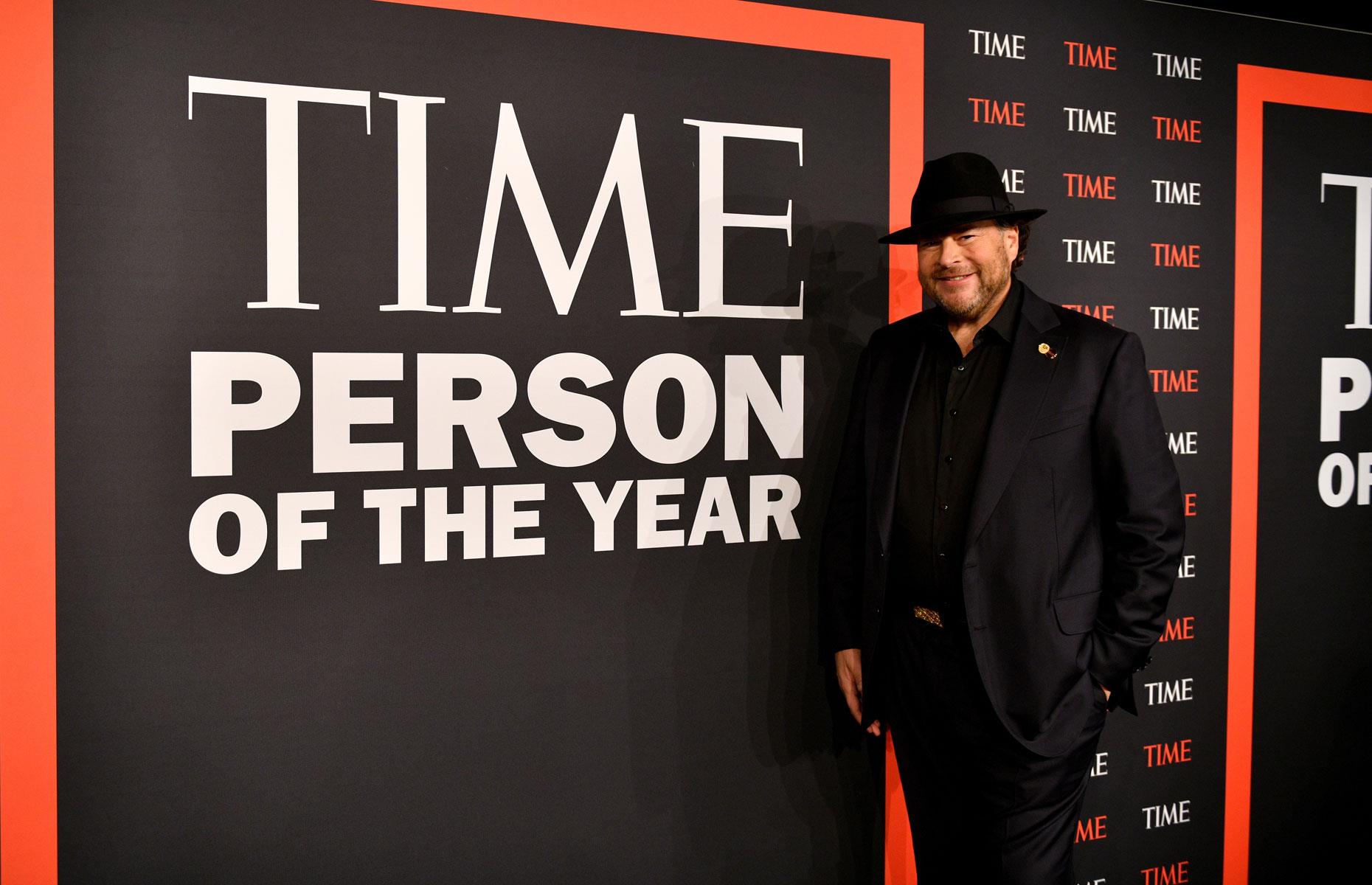 Marc Benioff, the cloud-computing pioneer who co-founded Salesforce in 2000, bought the iconic Time magazine last year together with his wife Lynne from Meredith Corporation for $190 million (£153m). Benioff is a long-time reader of the publication and has "always loved it". 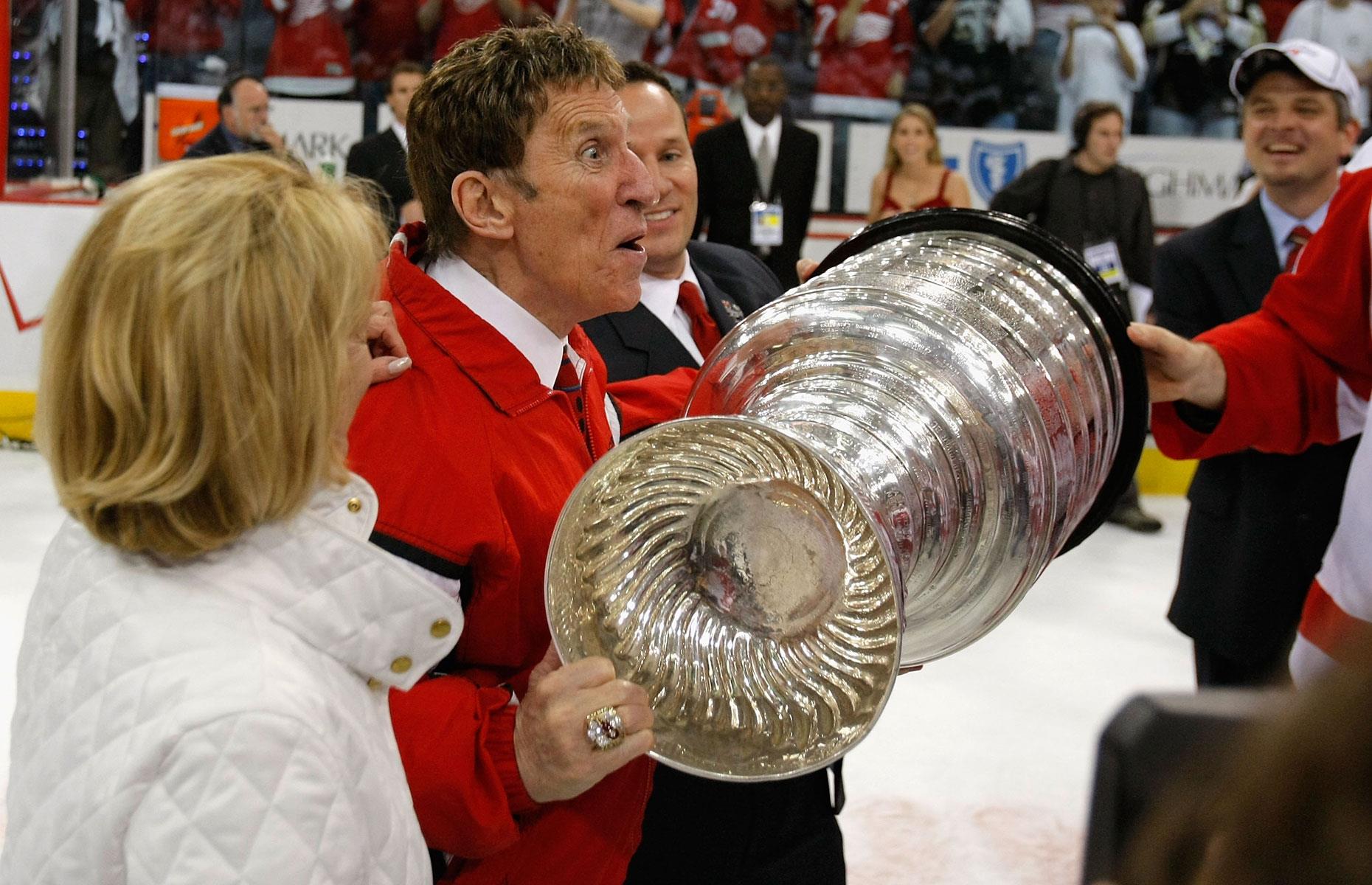 Calling himself "a fan with an owner's pocketbook", Mike Ilitch, the late founder of the Little Caesar's pizza chain, purchased the Detroit Red Wings ice hockey team in 1982 for a reported $8 million, which is $21 million (£17m) in today's money. The investor pretty much turned it into the successful franchise it is today. 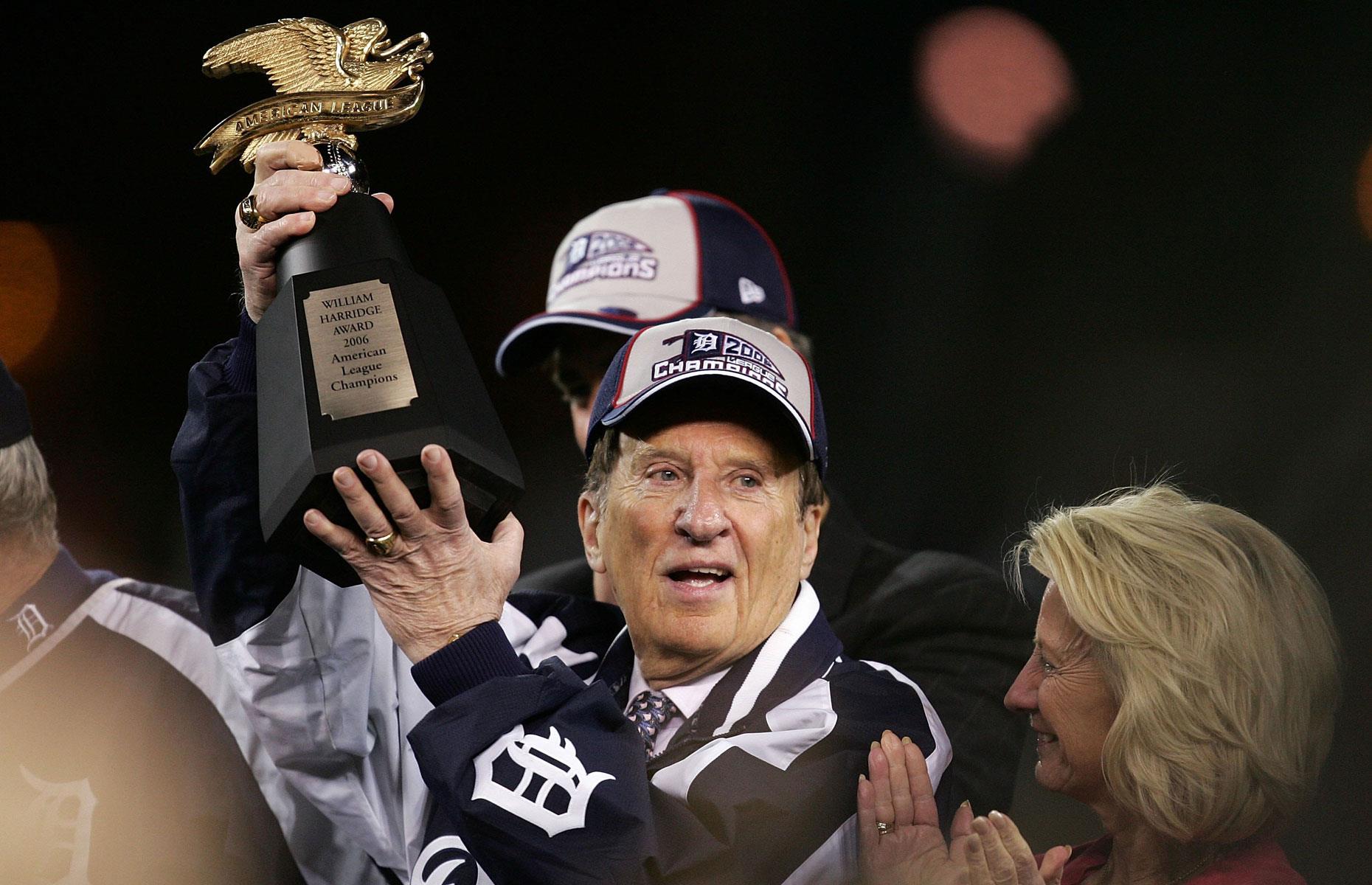 Ilitch went on to buy the Detroit Tigers in 1992 for a reported $85 million, or $150 million (£121m) in today's money, from his arch-rival, the Domino's Pizza boss Tom Monaghan. Though taking on the Major League Baseball team was more challenging than his ownership of the Red Wings, Ilitch refused to throw in the towel and worked hard to make it a success. Today, both concerns are owned by Ilitch's wife Marian. 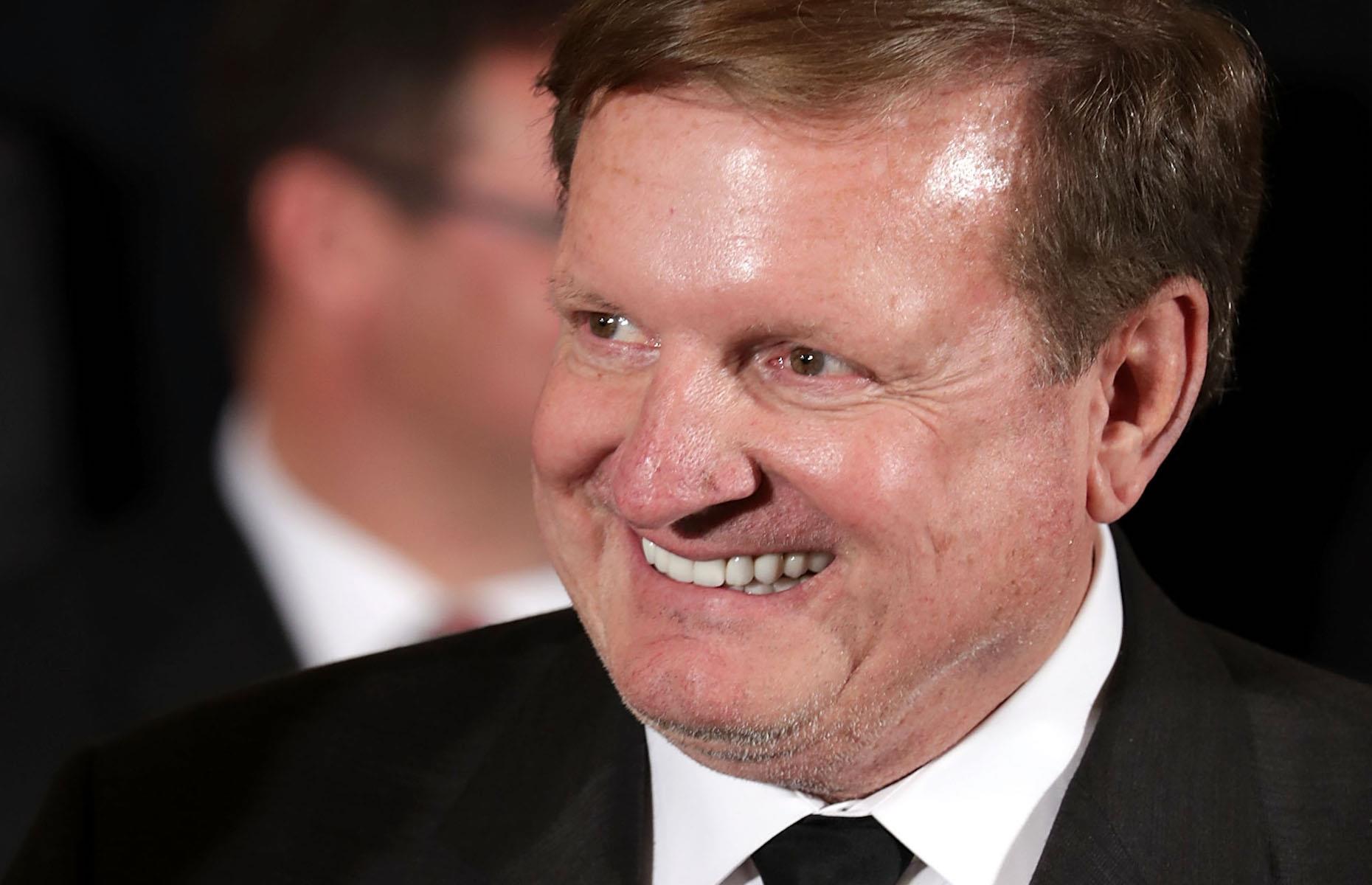 After hanging out regularly at the various offshoots of his favourite private members' club for 10 years, Californian private equity billionaire Ron Burkle went all out in 2012 and snagged a majority stake in the entire Soho House chain for an undisclosed price. Reports valued the deal at about $310 million (£250m). 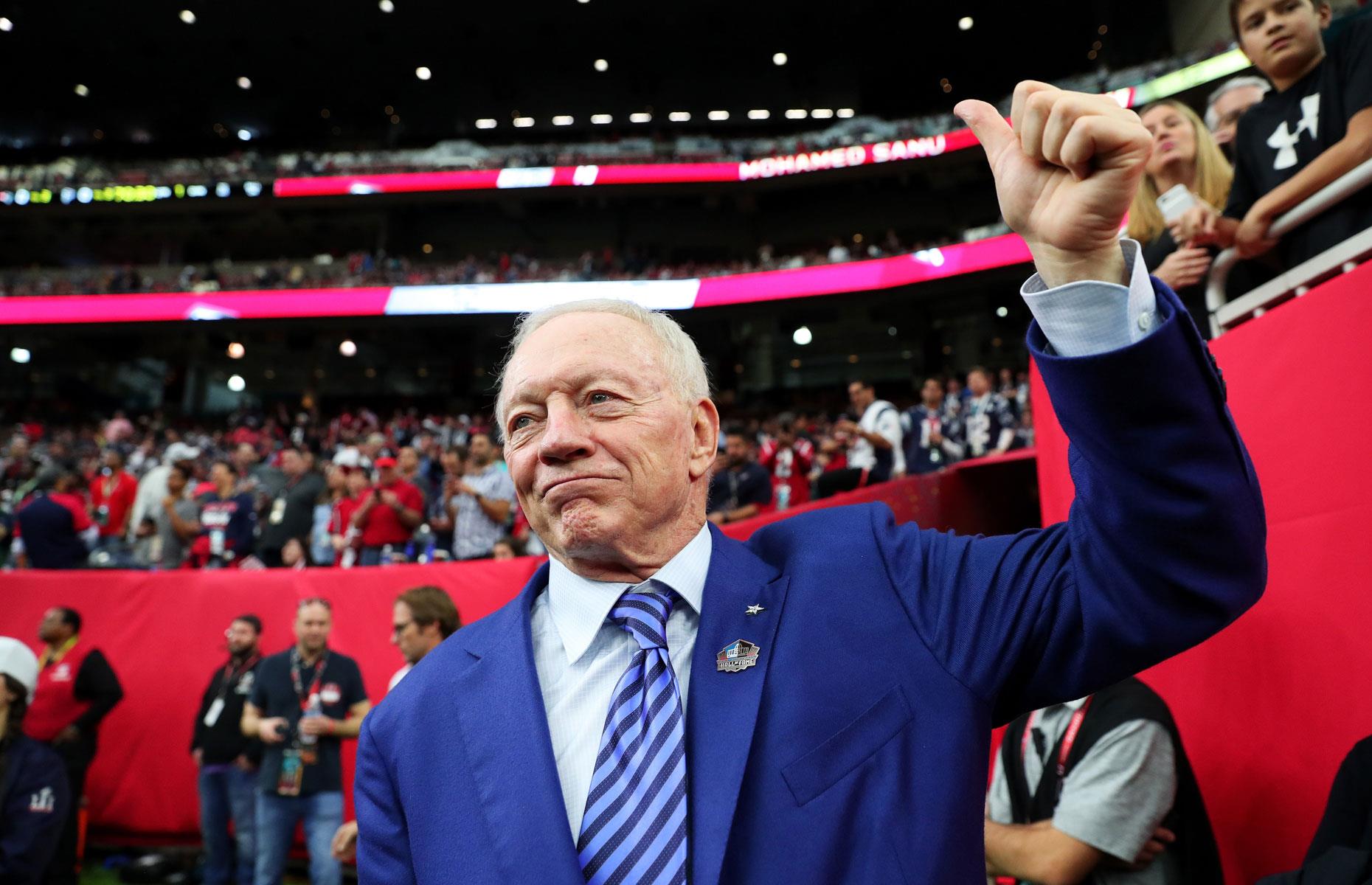 Former college football ace and hardcore fan Jerry Jones made his money in oil and spent some of the proceeds buying the Dallas Cowboys in 1989 for $140 million, which translates to $435 million (£352m) today. The NFL team has thrived under his ownership and is now worth an impressive $5 billion (£4bn). 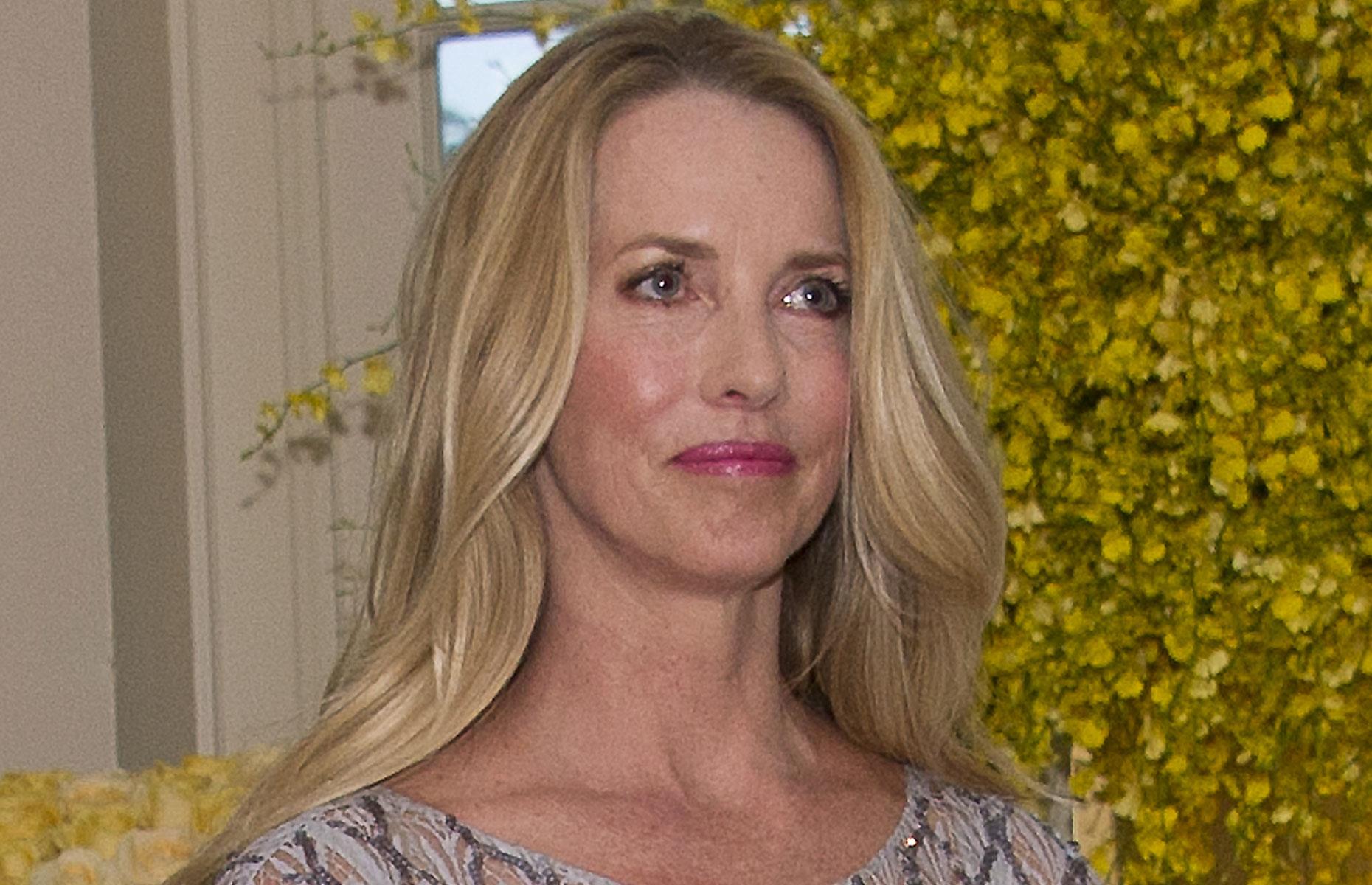 Yet another billionaire who has invested in a much-admired print publication, Laurene Powell Jobs, the widow of Apple founder Steve Jobs, secured a majority stake in The Atlantic magazine in July 2017 through her Emerson Collection organisation. 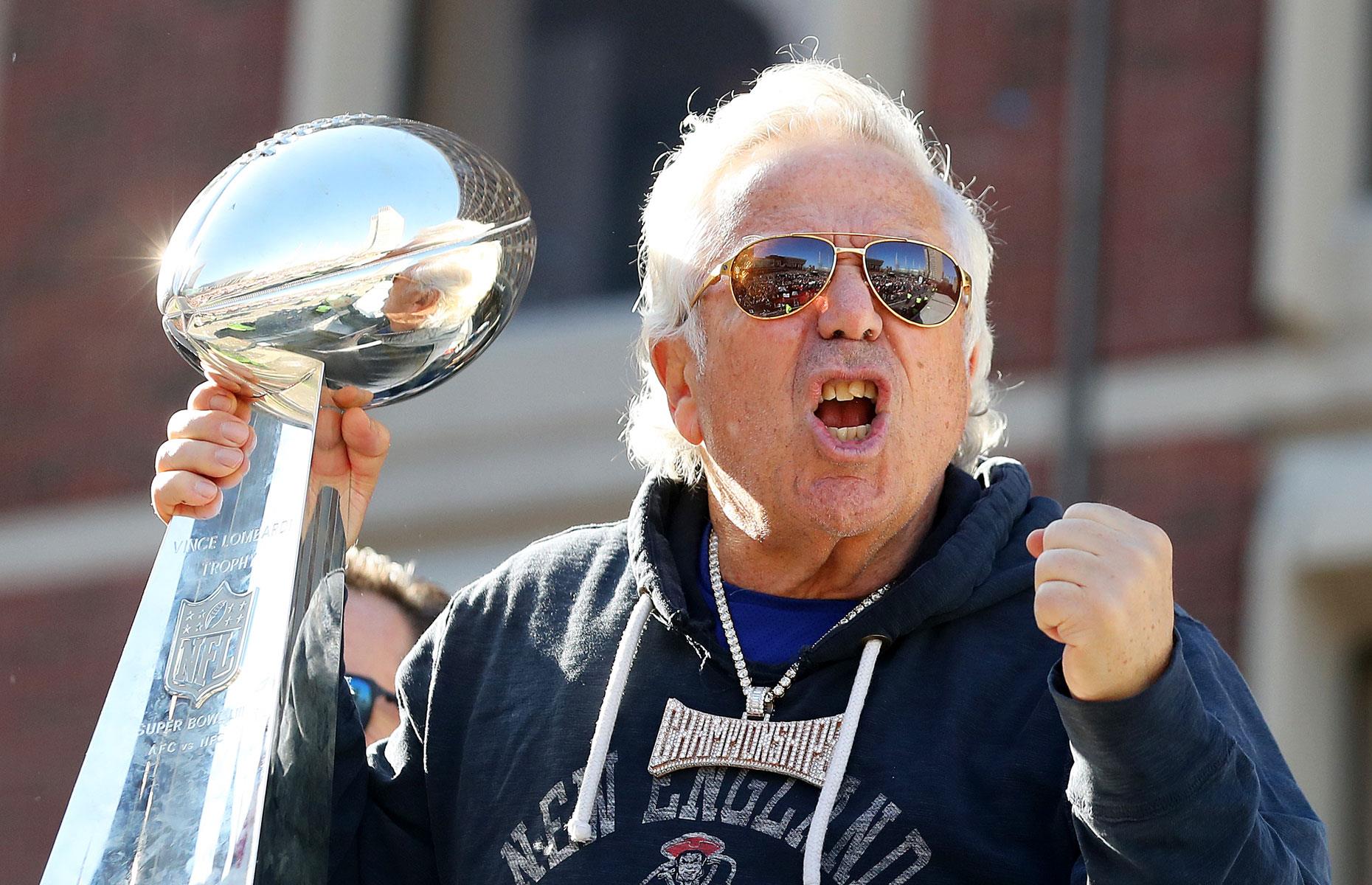 A lifelong Patriots fan and season ticket holder since 1971, paper manufacturing magnate Robert Kraft acquired the NFL stalwart in 1994 for $172 million according to CNN, which is $297 million (£240m) in today's money, steering it through six Super Bowl wins. Today, the franchise is worth some $3.7 billion (£3bn). 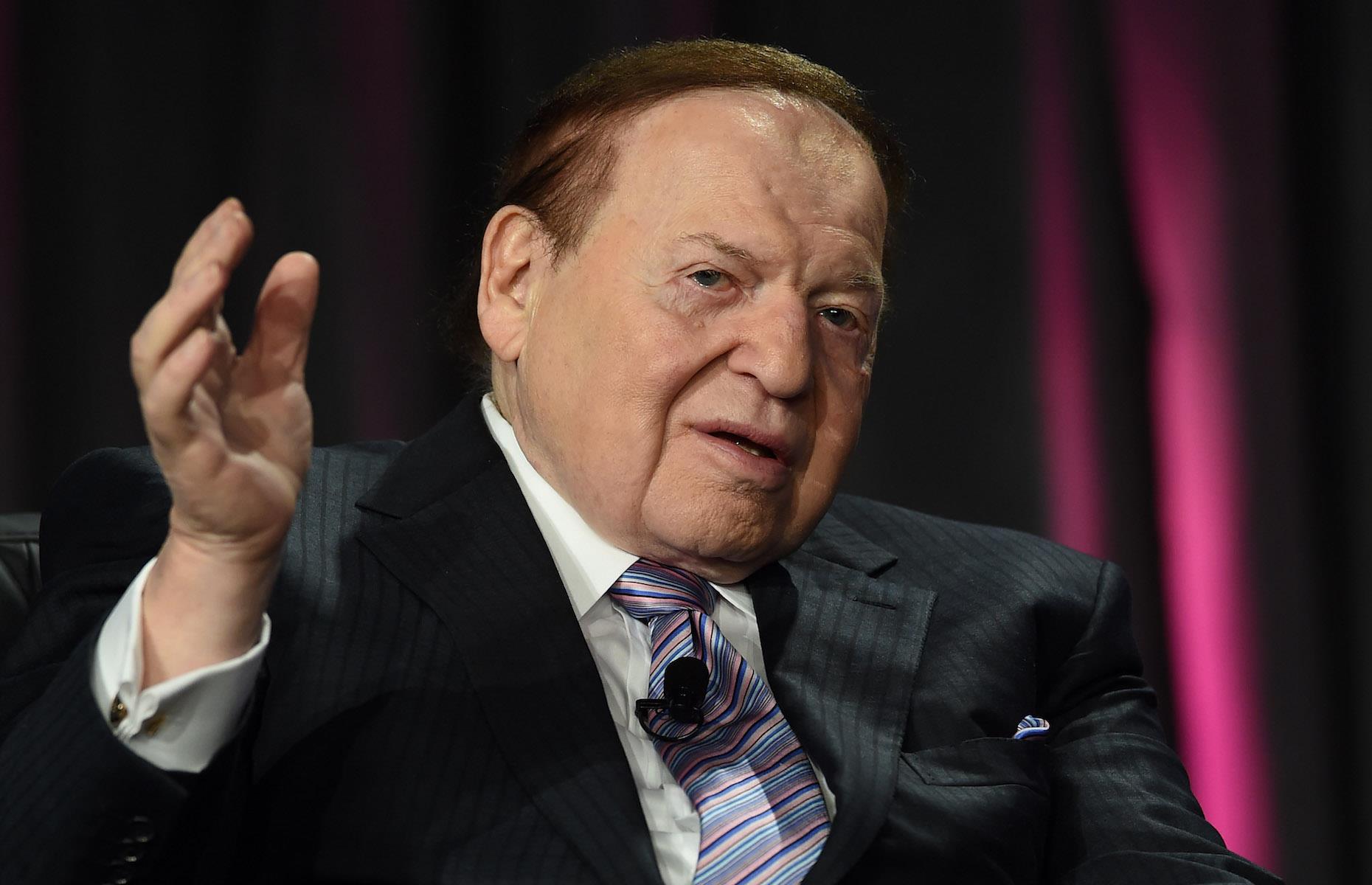 Hotel and casino mogul Sheldon Adelson bought the Las Vegas Review-Journal in 2015 as "an investment in the future of Las Vegas", paying an inflated $140 million (£113m) for the Sin City newspaper, which is the most read in Nevada. 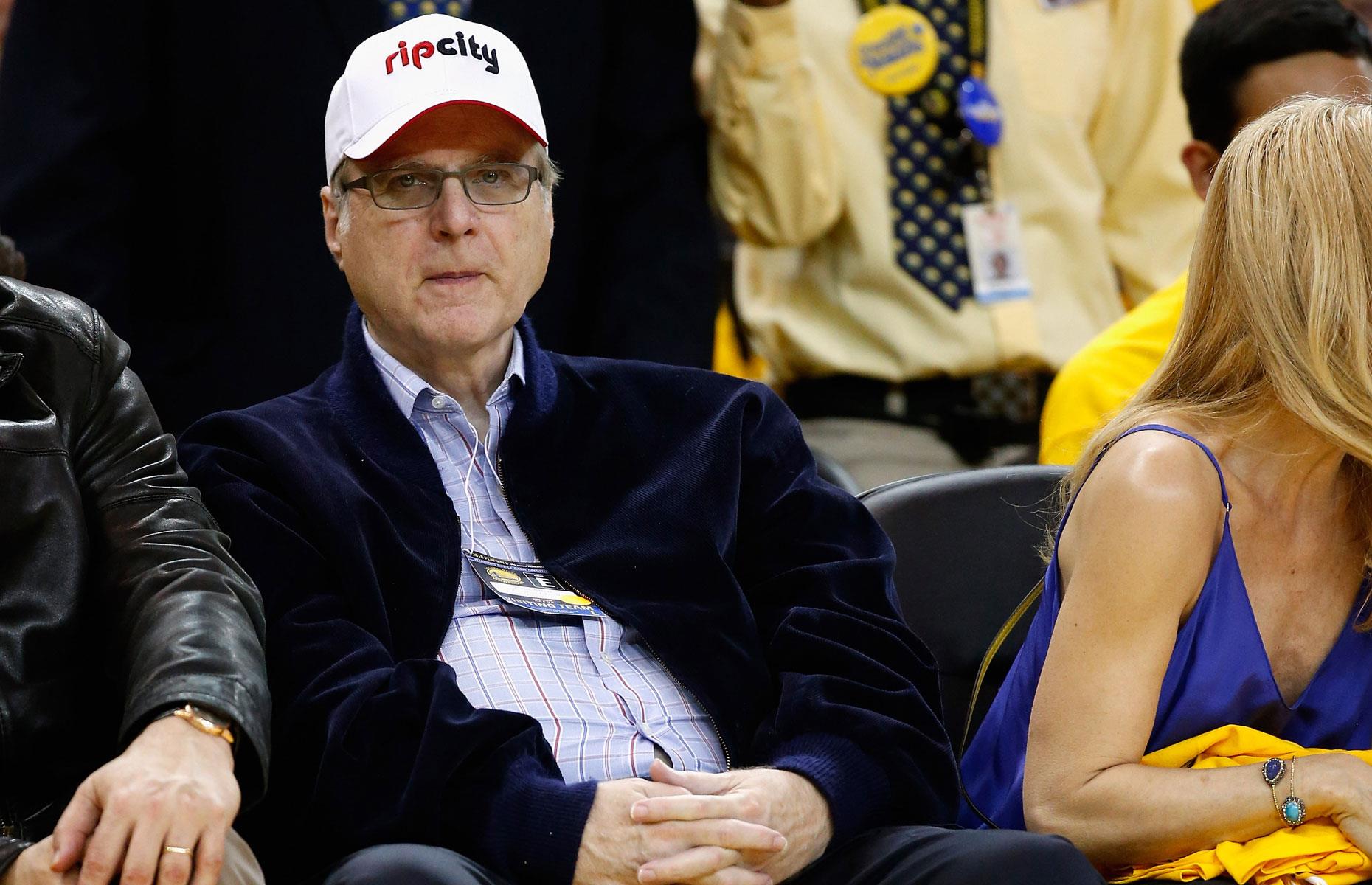 The late Microsoft cofounder Paul Allen, who died last year, was a huge sports fan. Allen indulged his passion for basketball in 1988 when he paid $70 million, equivalent to $151 million (£122m) in today's money, to buy the Portland Trail Blazers NBA team, which flourished under his ownership. 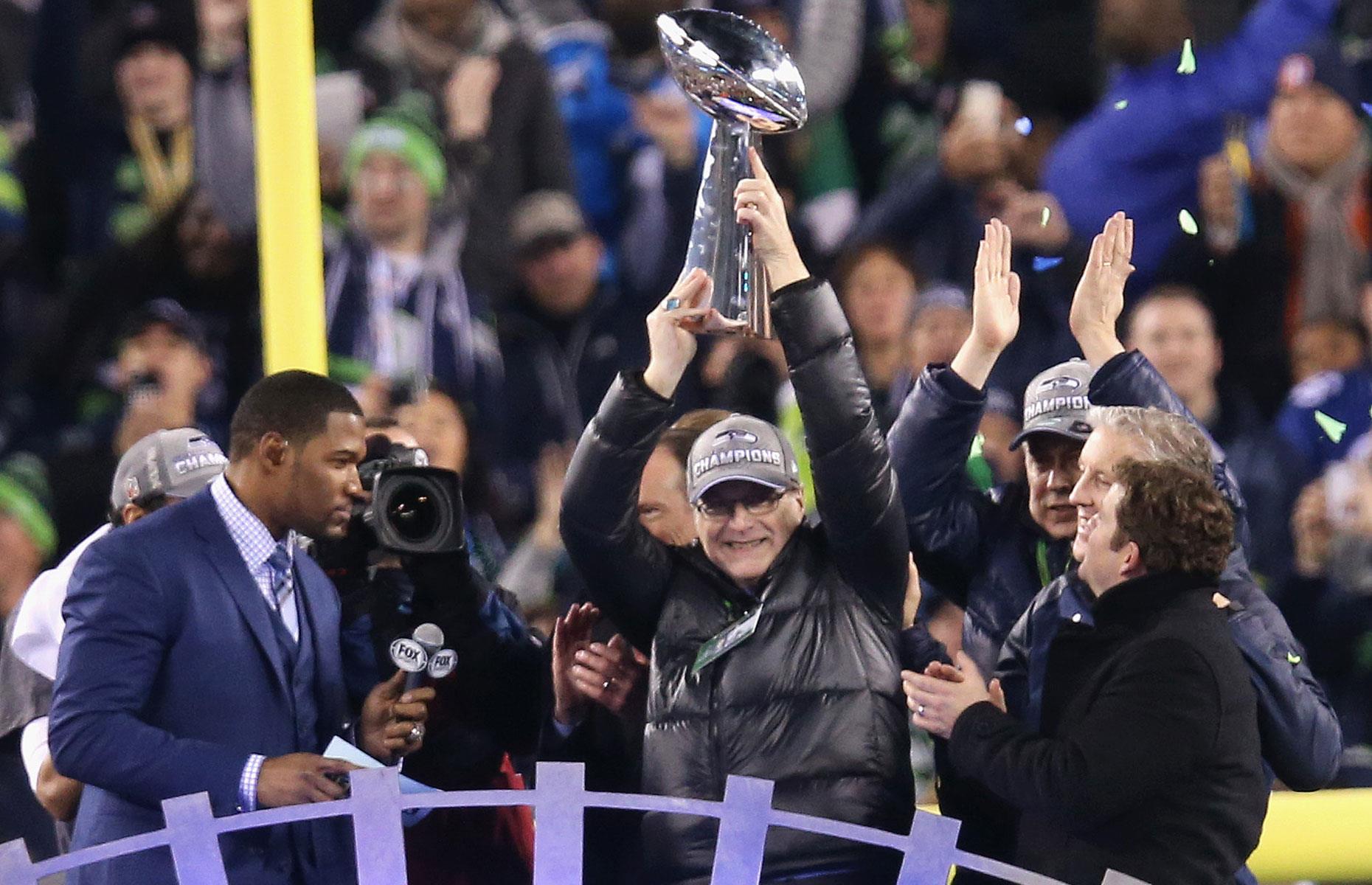 In 1996, Allen then purchased the Seattle Seahawks NFL team for $194 million, according to Forbes, which translates to $310 million (£250m) today. This was to prevent the club's controversial move to California, an altruistic move that delighted fans. Allen was also a part-owner of the Seattle Sounders soccer club. 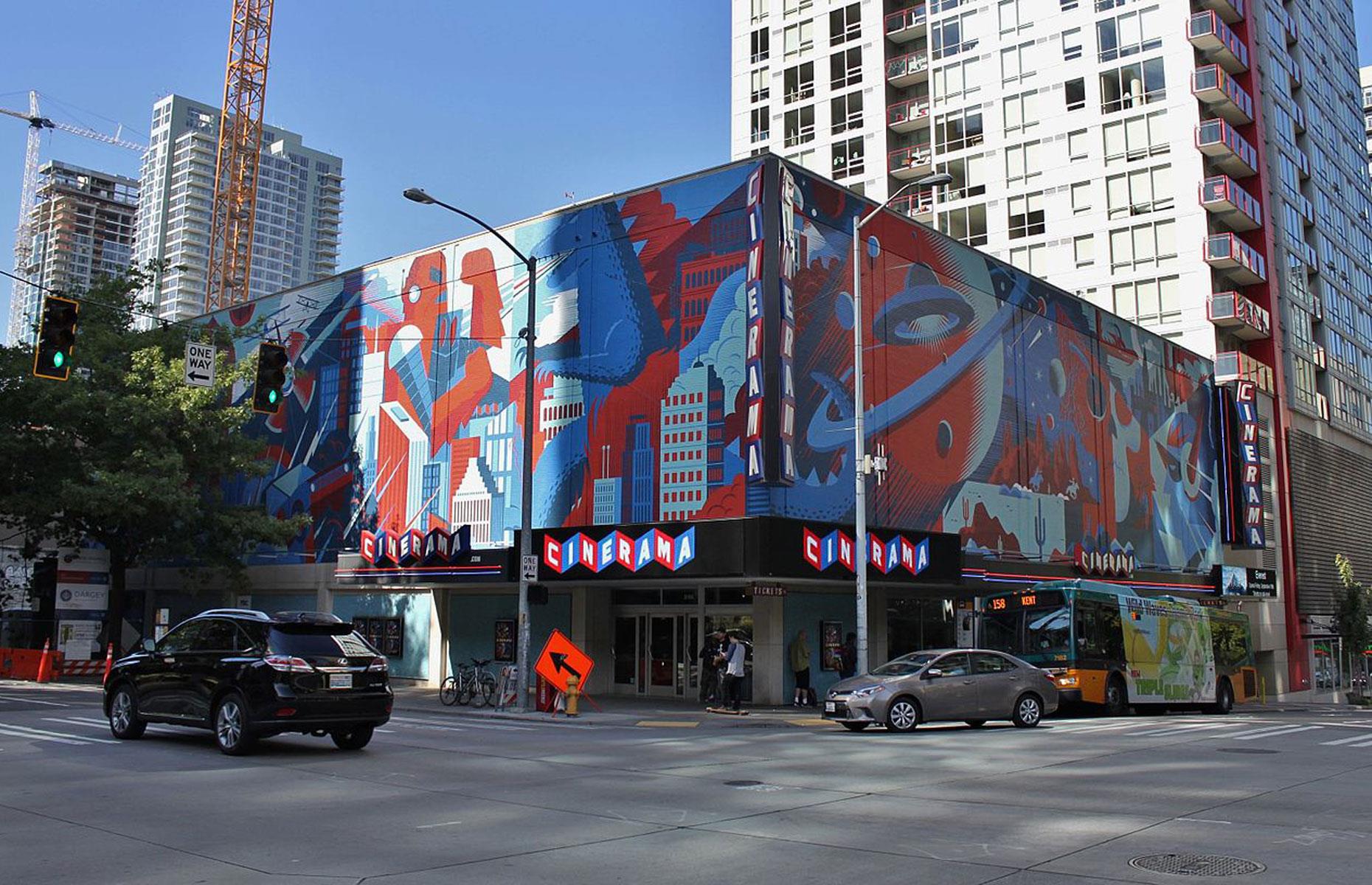 That same year the Microsoft executive came to the rescue of the Seattle Cinerama, which was threatened with closure. A film buff and patron of the movie theatre since the 1960s, Allen oversaw its meticulous restoration and helped regenerate the neighbourhood in which it is located.
Features

Though not a billionaire at the time, Jay-Z (pictured with his wife Beyoncé) started buying into his tipple of choice, the high-end champagne brand Armand de Brignac, in 2006. The rapper snagged the bubbly brand, which retails from $270 (£215) a pop, in its entirety in 2014 for an undisclosed sum. 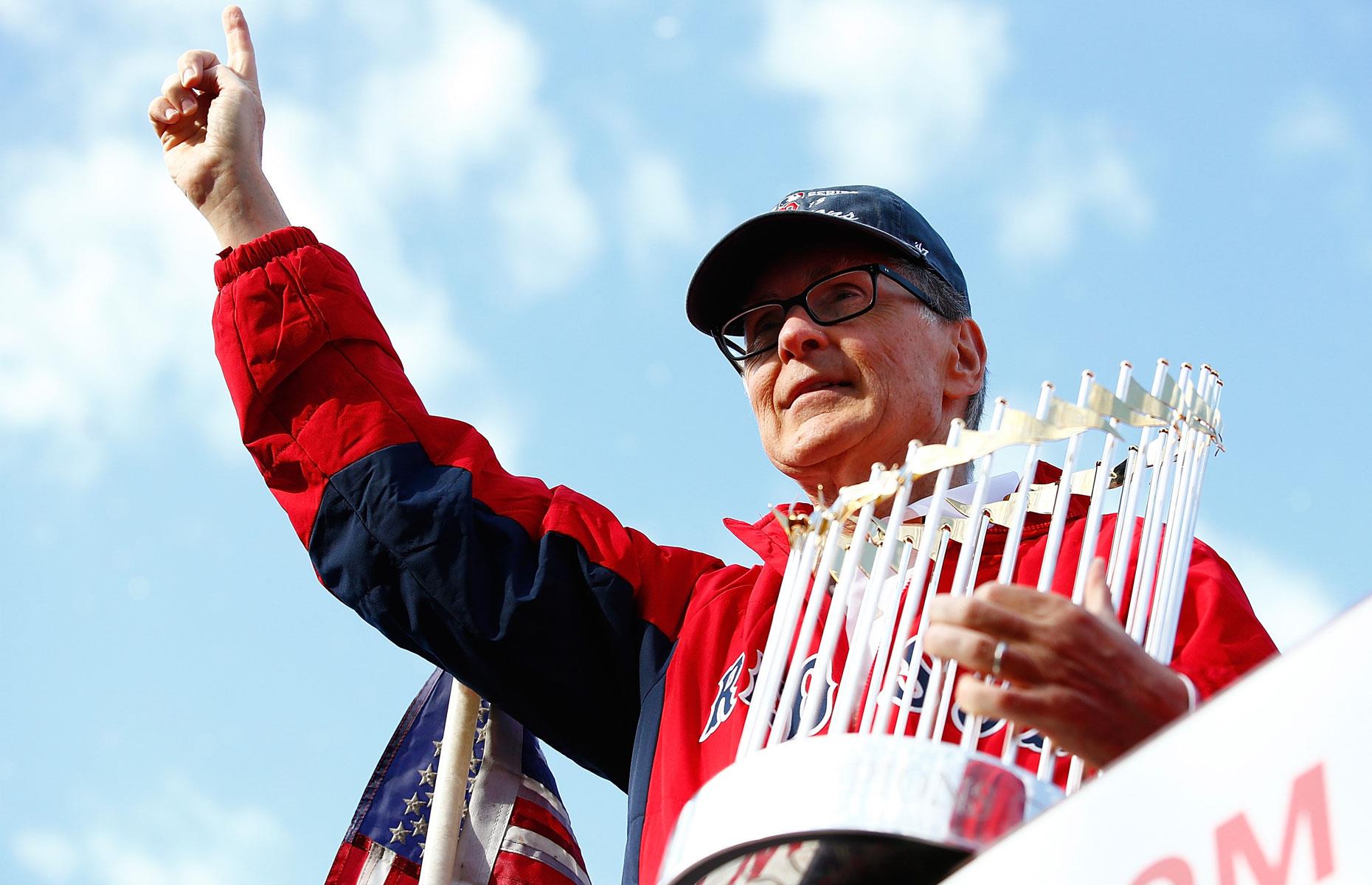 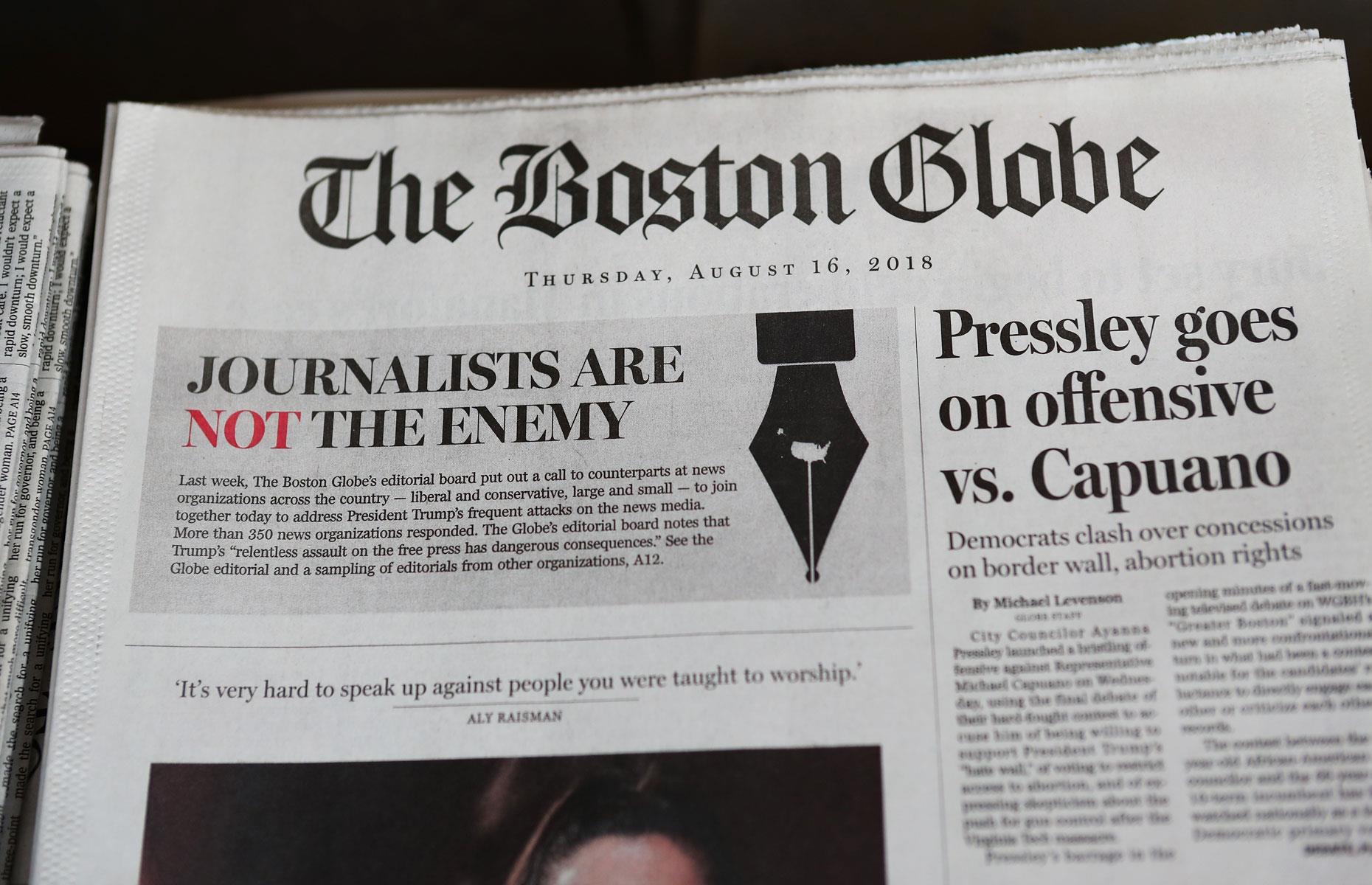 In 2013, Henry, who is passionate about free speech and quality journalism, acquired The Boston Globe and various New England newspapers from The New York Times Company for $70 million (£56m). 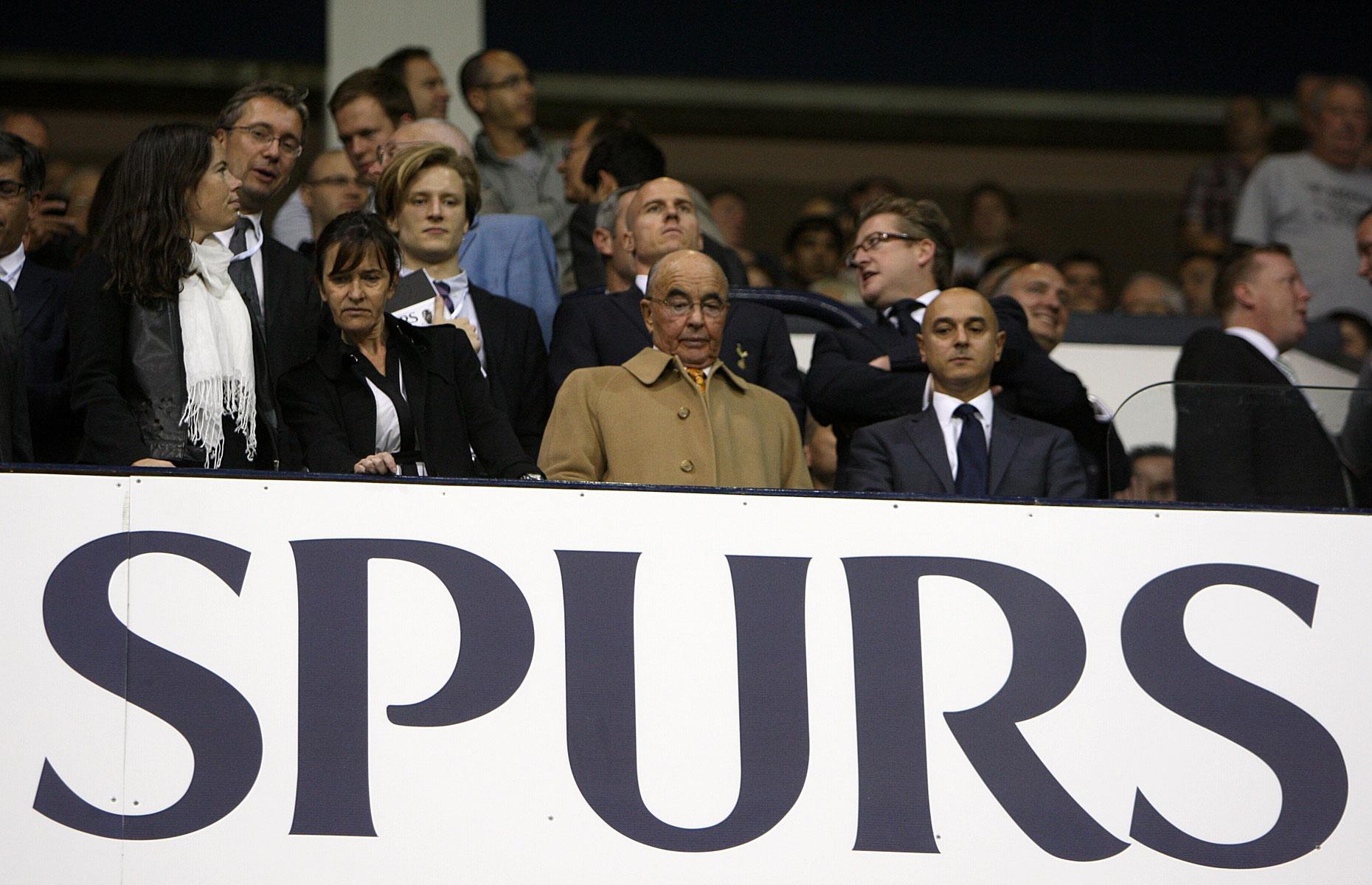 A lifelong fan of London Premier League soccer club Tottenham Hotspur, British billionaire investor Joe Lewis (pictured centre) bought the club he has supported since childhood in 2001 for $27 million, or $39 million (£31m) in today's money, via his company ENIC.

Discover the billionaires using tech to try to live forever 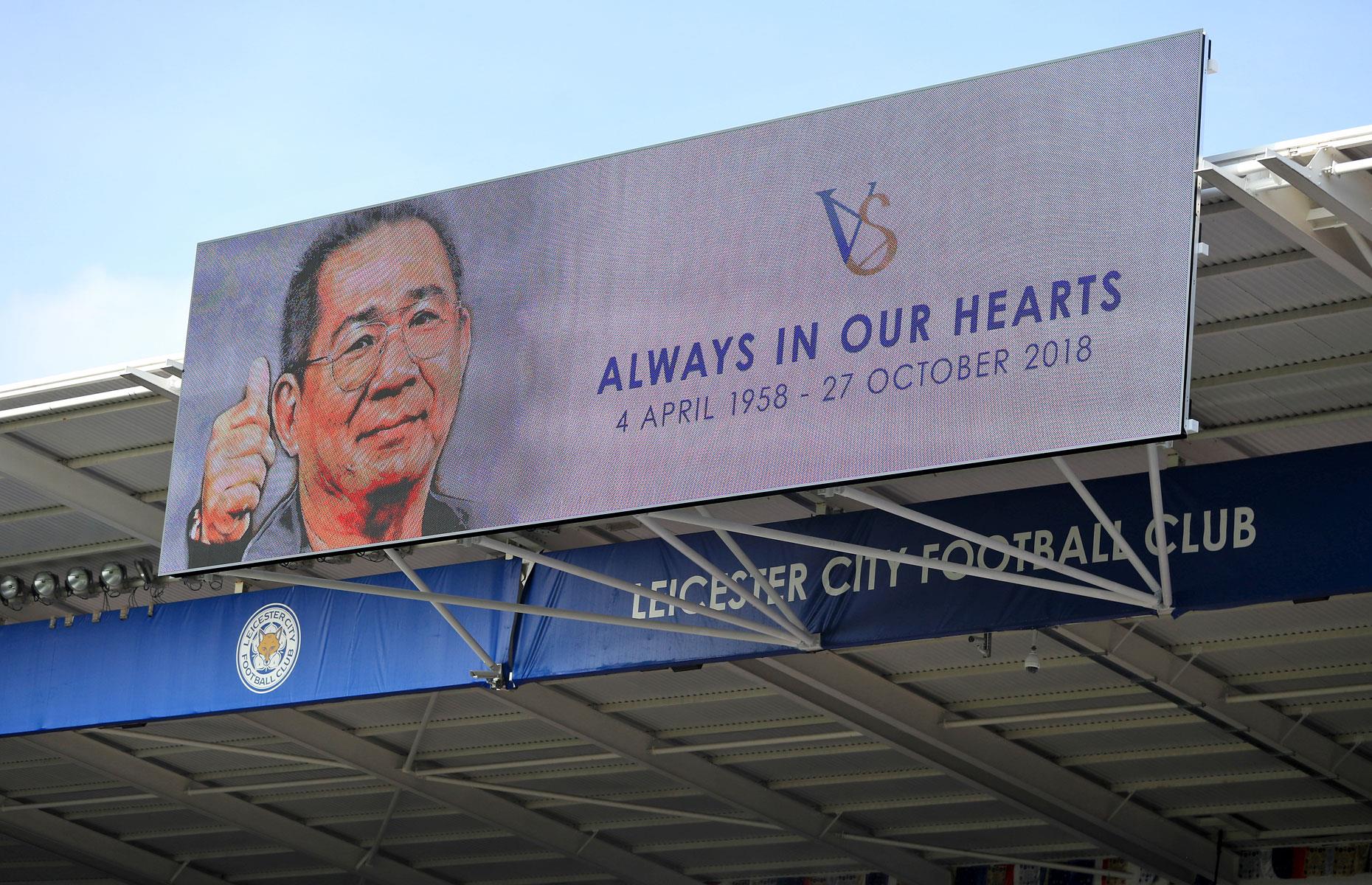 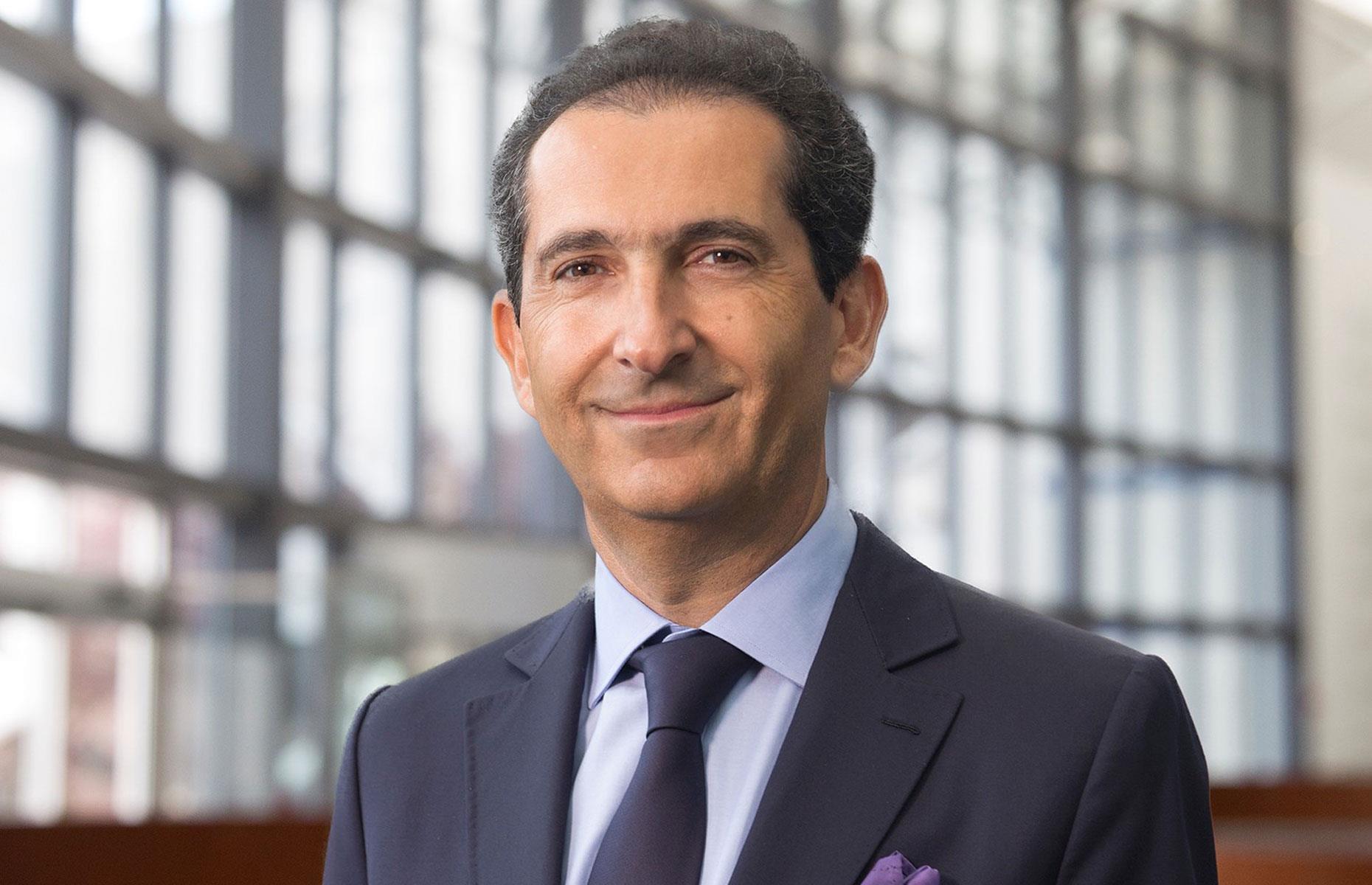 The latest billionaire to have bought a business close to his heart, French telecoms and media mogul Patrick Drahi splashed an eye-watering $3.7 billion (£3bn) on Sotheby's in June this year. The keen collector of Modern and Impressionist art has been a "long-time client and lifetime admirer" of the storied auction house.