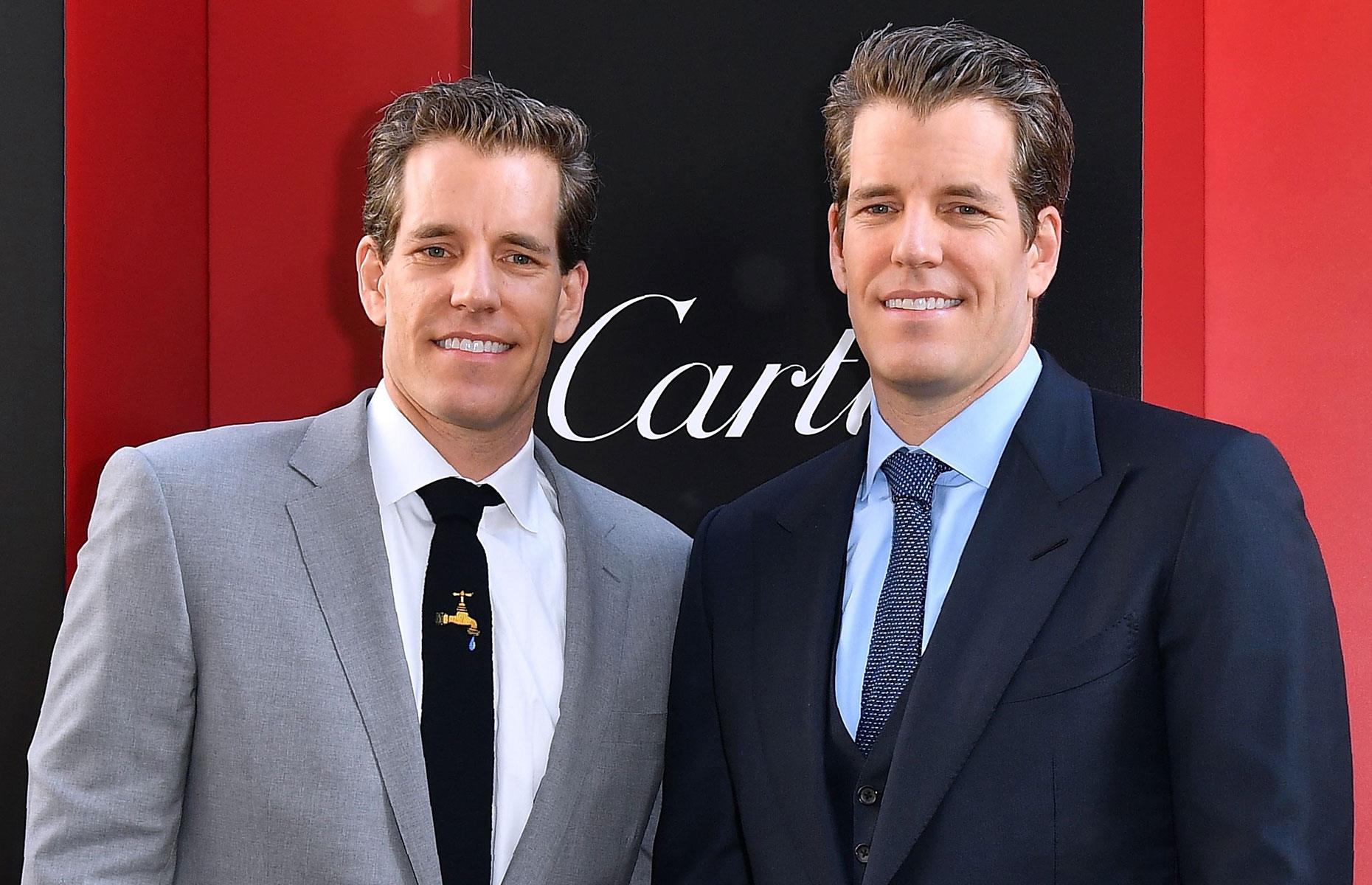 The identical 6ft5 twin brothers are best known for taking on Facebook's Mark Zuckerberg in a lawsuit that saw them receive a $65 million (£52m) settlement for stealing their idea. But Cameron and Tyler Winklevoss have achieved a lot more than winning a court case. The Olympian rowers with a penchant for Latin have now become the first billionaires to make their fortune from digital currency Bitcoin. We chart the siblings' remarkable rise and how they went from litigation hell to cryptocurrency heaven. 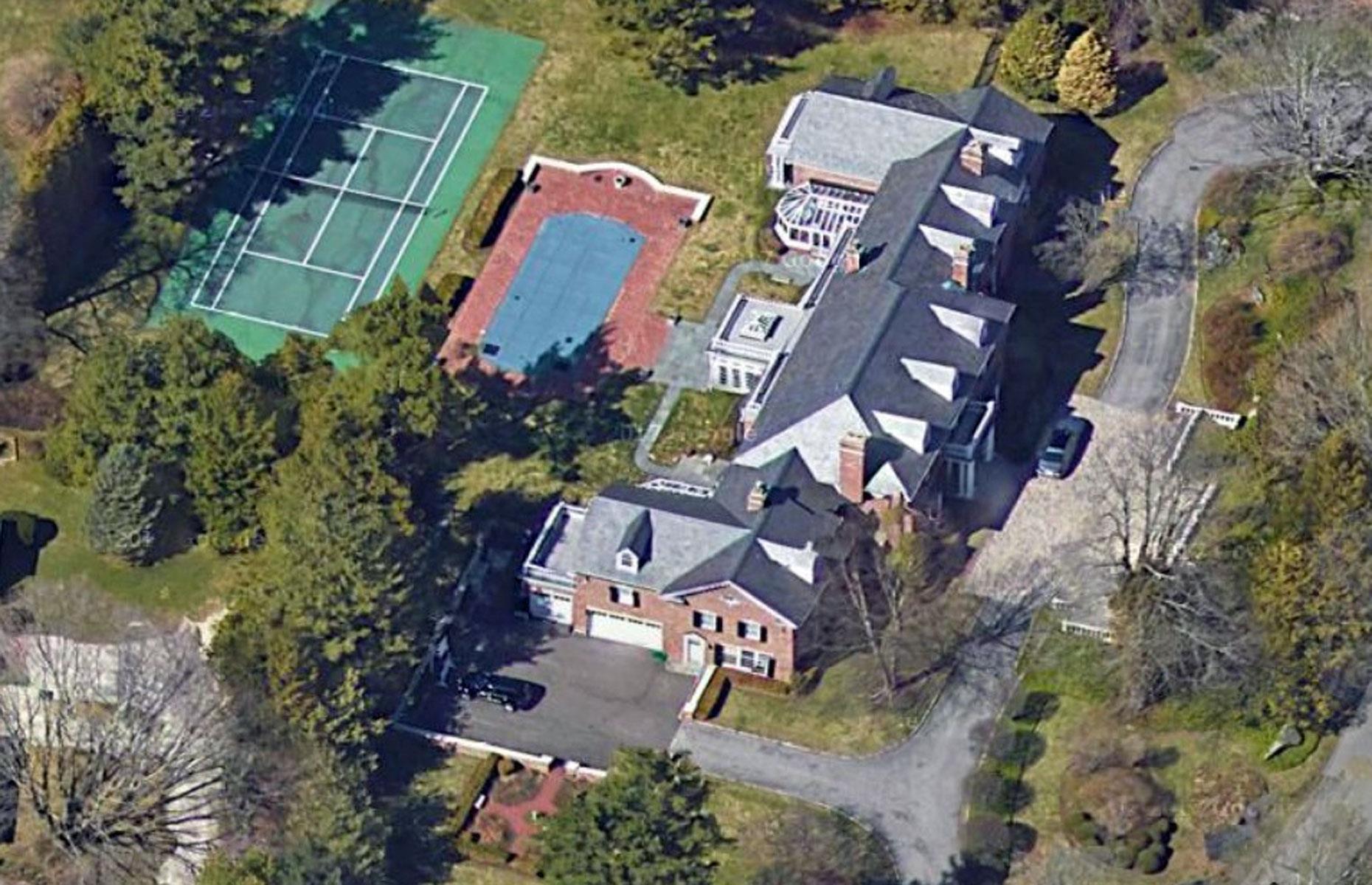 Born just minutes apart on 21 August 1981 into a wealthy, intellectual New England family, the 'mirror image' twins grew up in affluent Greenwich, Connecticut. And while they do not dispute their privilege, Tyler has said in an interview that their father "was a pure entrepreneur", and that their grandfathers lived rather more modest lives as a policeman and a garage owner. 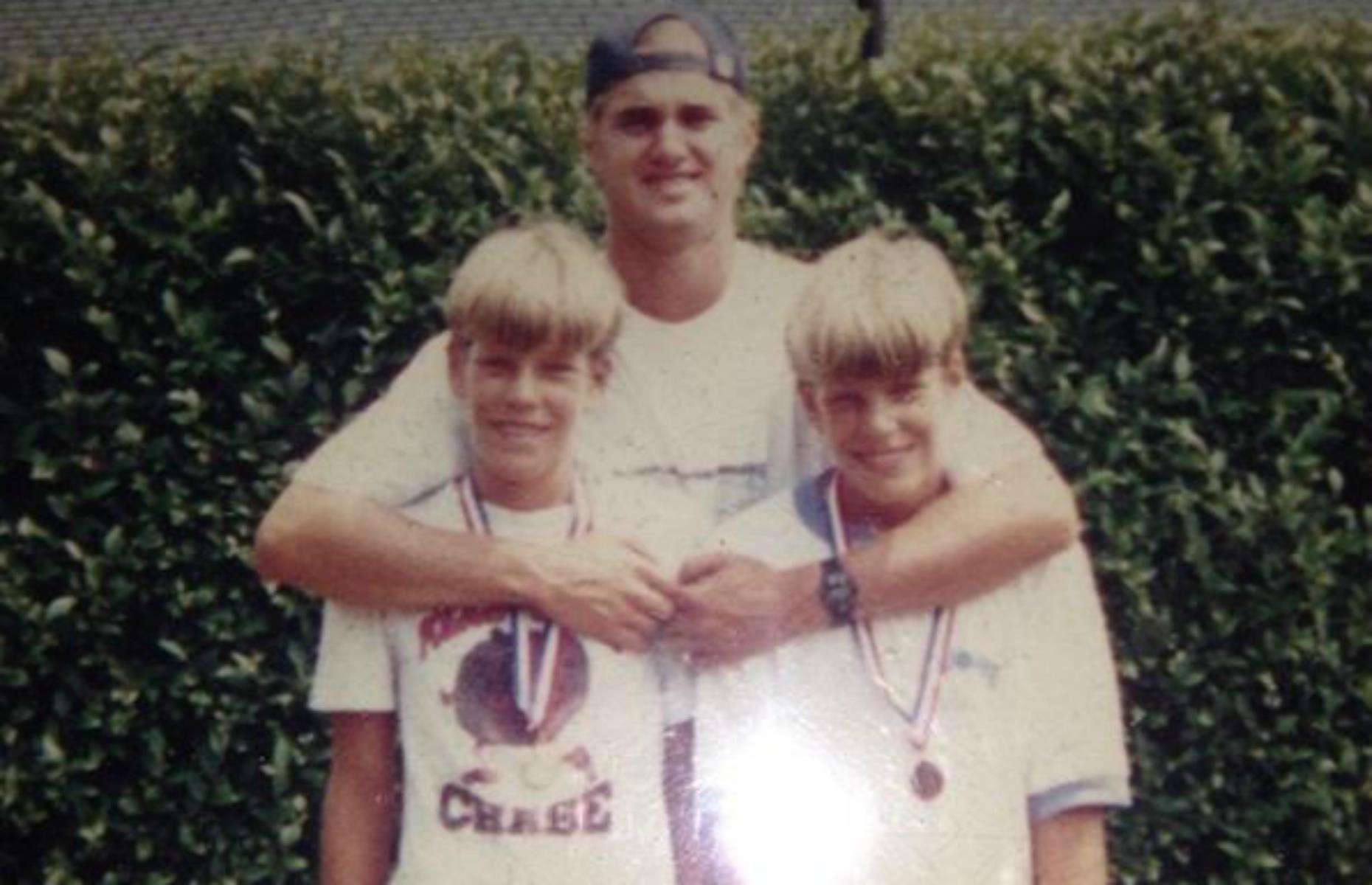 Natural team players, left-handed Cameron and his right-handed brother Tyler learned to work diligently together from a young age. During their school days the siblings were model students obsessed with Latin, and today they are often jokingly called the Winklevii. And that's not all, they became accomplished musicians – Cameron studied classical piano for 12 years – and are decent coders to boot. In fact, they taught themselves HTML at the age of 13 and started a web development company to boost their allowance. 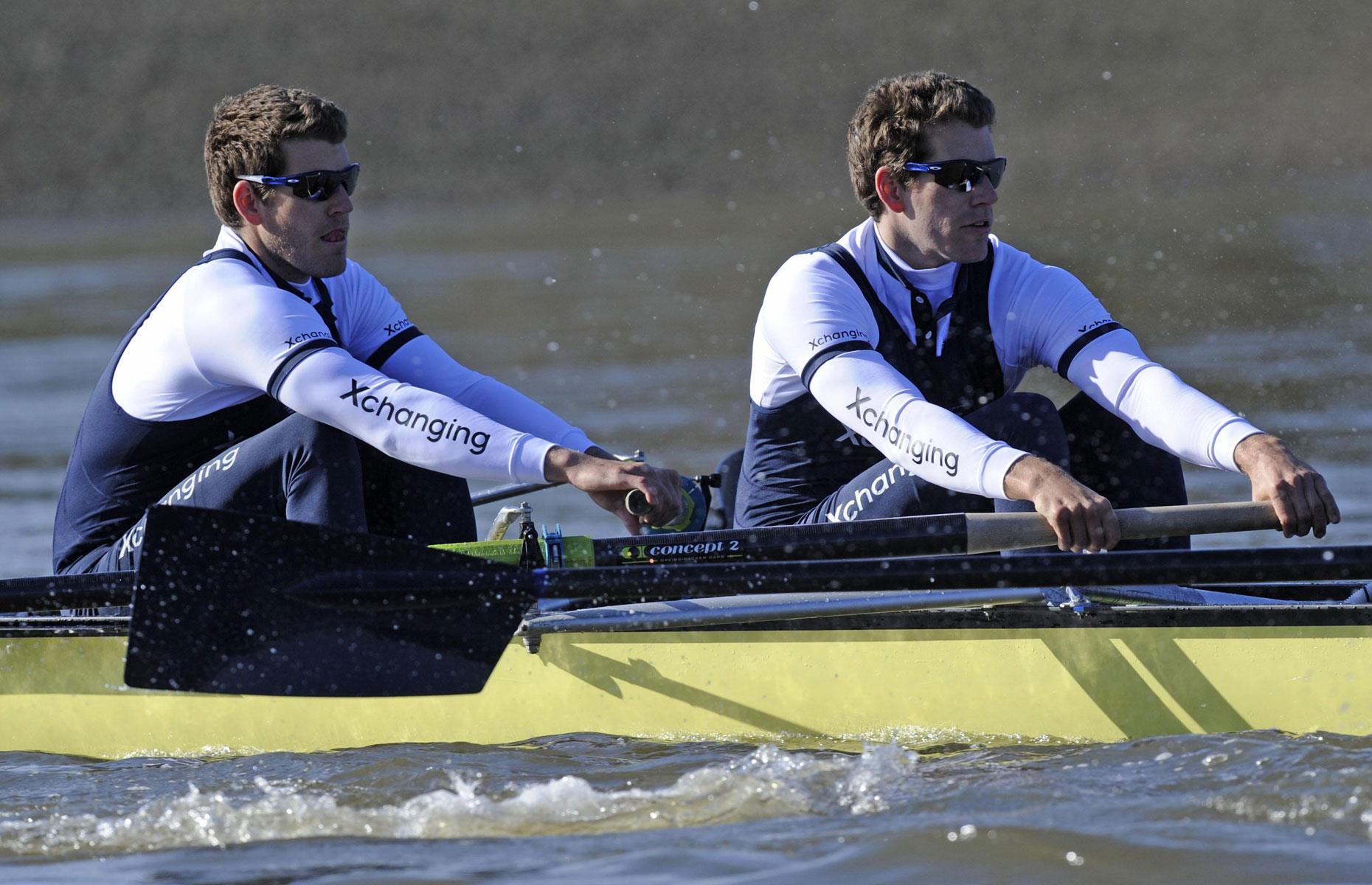 On top of their intellectual and entrepreneurial talents, the twins excelled at sport, particularly rowing, which they took up at the age of 15. The siblings formed their high school's first crew and were selected for the United States Junior National Rowing Team just three years after picking up the oars.
Features 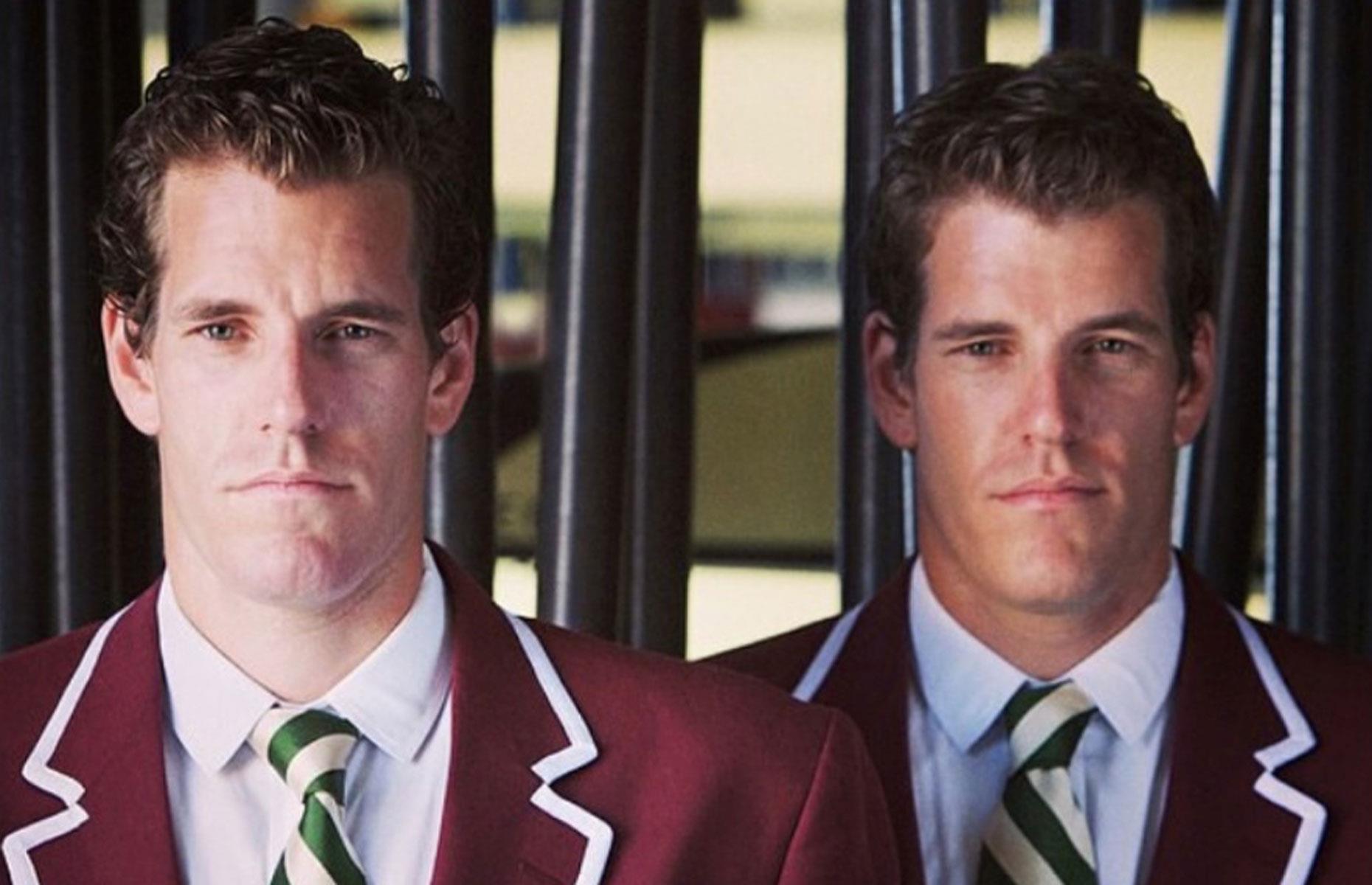 The archetypal Ivy Leaguers, Cameron and Tyler were accepted to Harvard in 2000. There the economics majors secured membership to the college's most elite clubs, rowed for the institution and partied with the coolest people, which gave them a reputation for being preppy, privileged jocks.
Features 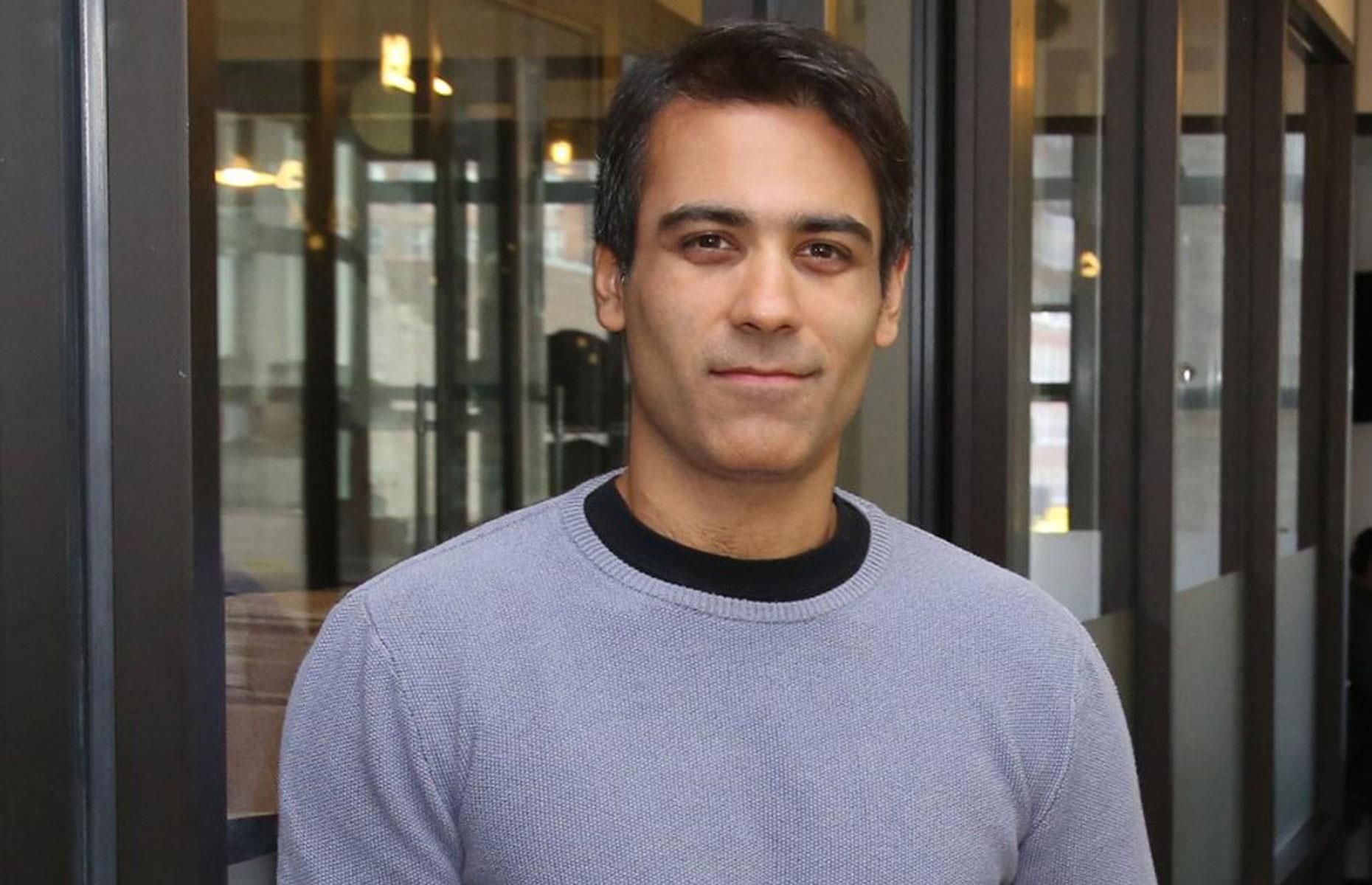 Looking for a way to connect with their many friends on campus, and perhaps to develop a business idea too, the enviably popular seniors got together with classmate Divya Narendra (pictured) in December 2002 and came up with HarvardConnection, an online social network aimed exclusively at students from the university. Another classmate Sanjay Mavinkurve joined in 2003 to build the site but left the project not long after.
Features 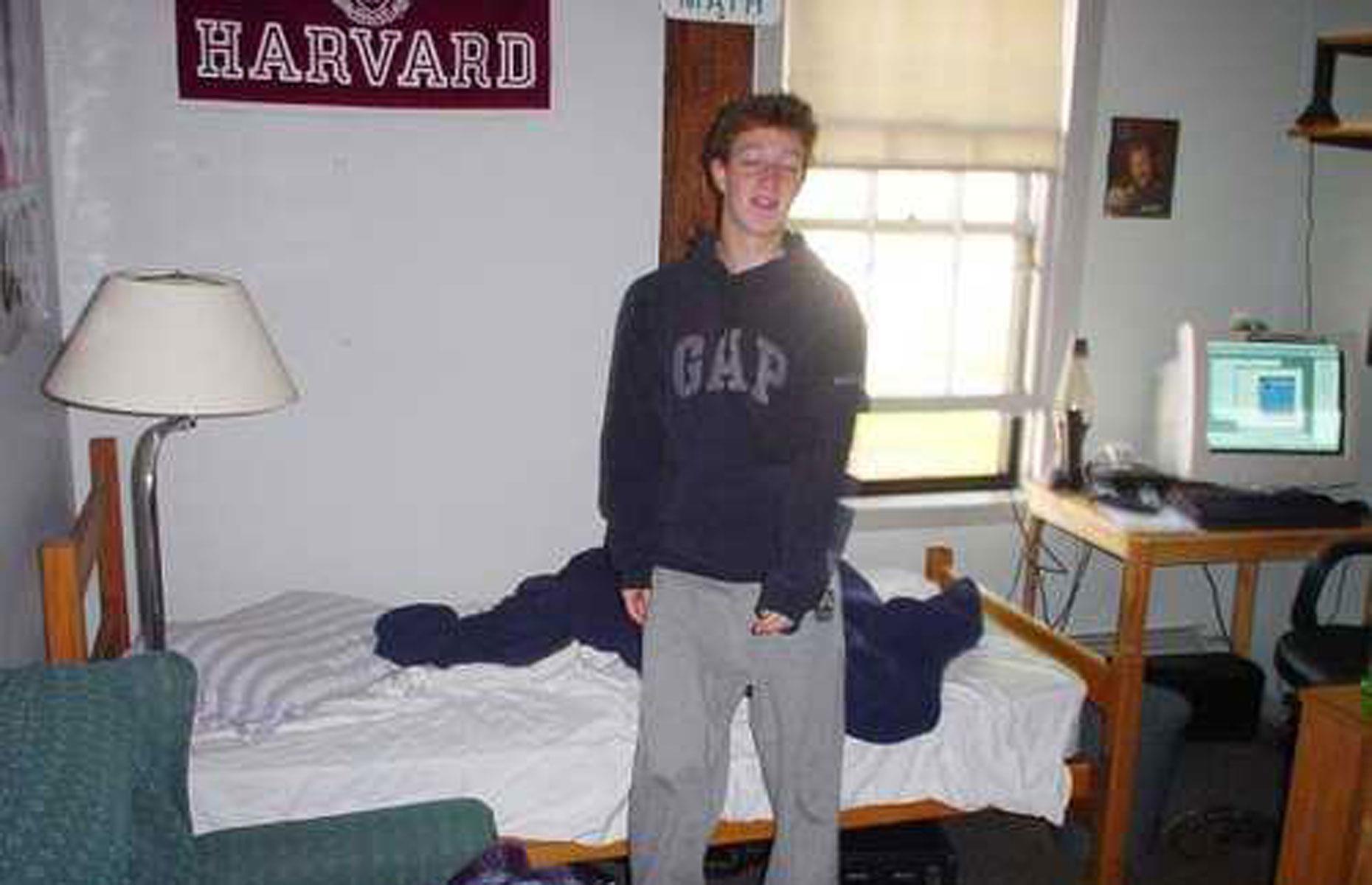 Fellow Harvard undergraduate and programming whiz Victor Gao stepped in during the summer of 2003. Meanwhile, a nerdy sophomore called Mark Zuckerberg (pictured) was working from his dorm room on FaceMash, a “hot or not?”-style website that enabled students to rate the attractiveness of their female peers.
Features 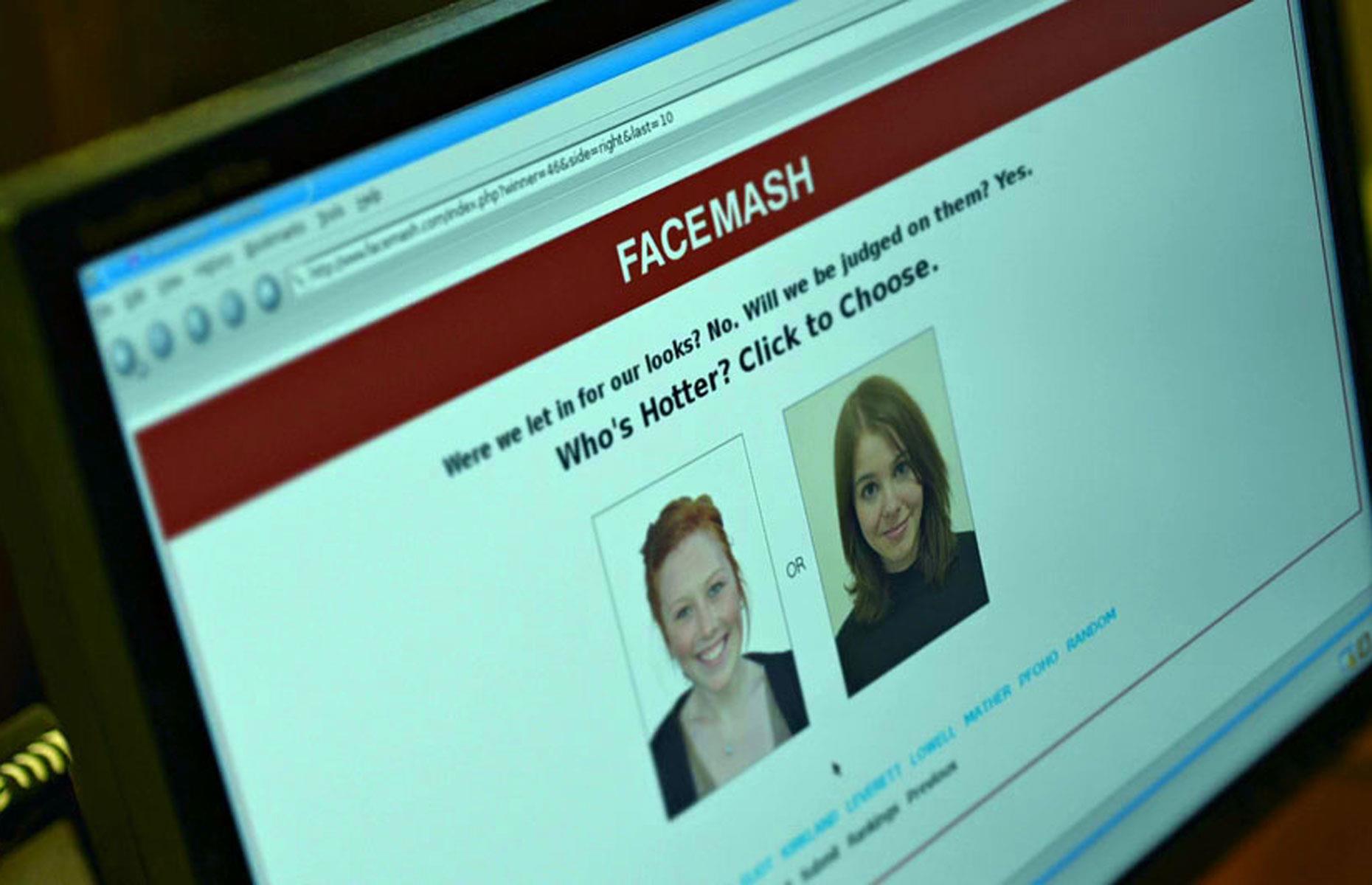 To get the site up and running, Zuckerberg hacked the college servers and accessed pictures of female students without their permission. FaceMash launched in July 2003 and proved to be a big hit, crashing initially from the volume of traffic. But the site soon caught the attention of the Harvard administration and was swiftly shut down.
Features 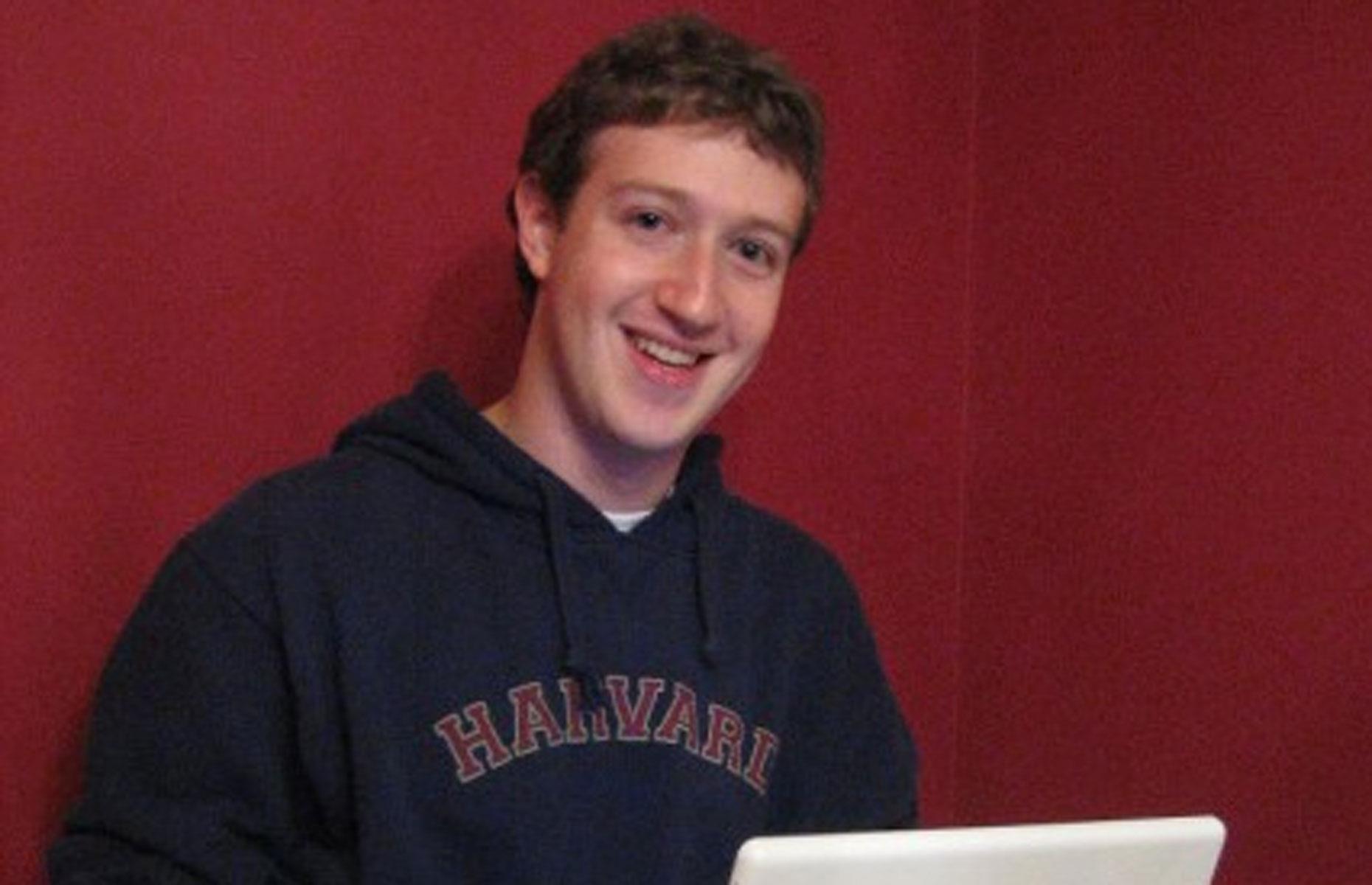 Zuckerberg was threatened with expulsion but was eventually let off the hook for the audacious hack. As a result, the second-year upstart garnered coding legend status on campus, so when Victor Chao decided to leave the HarvardConnection project, he put forward Zuckerberg as a replacement. 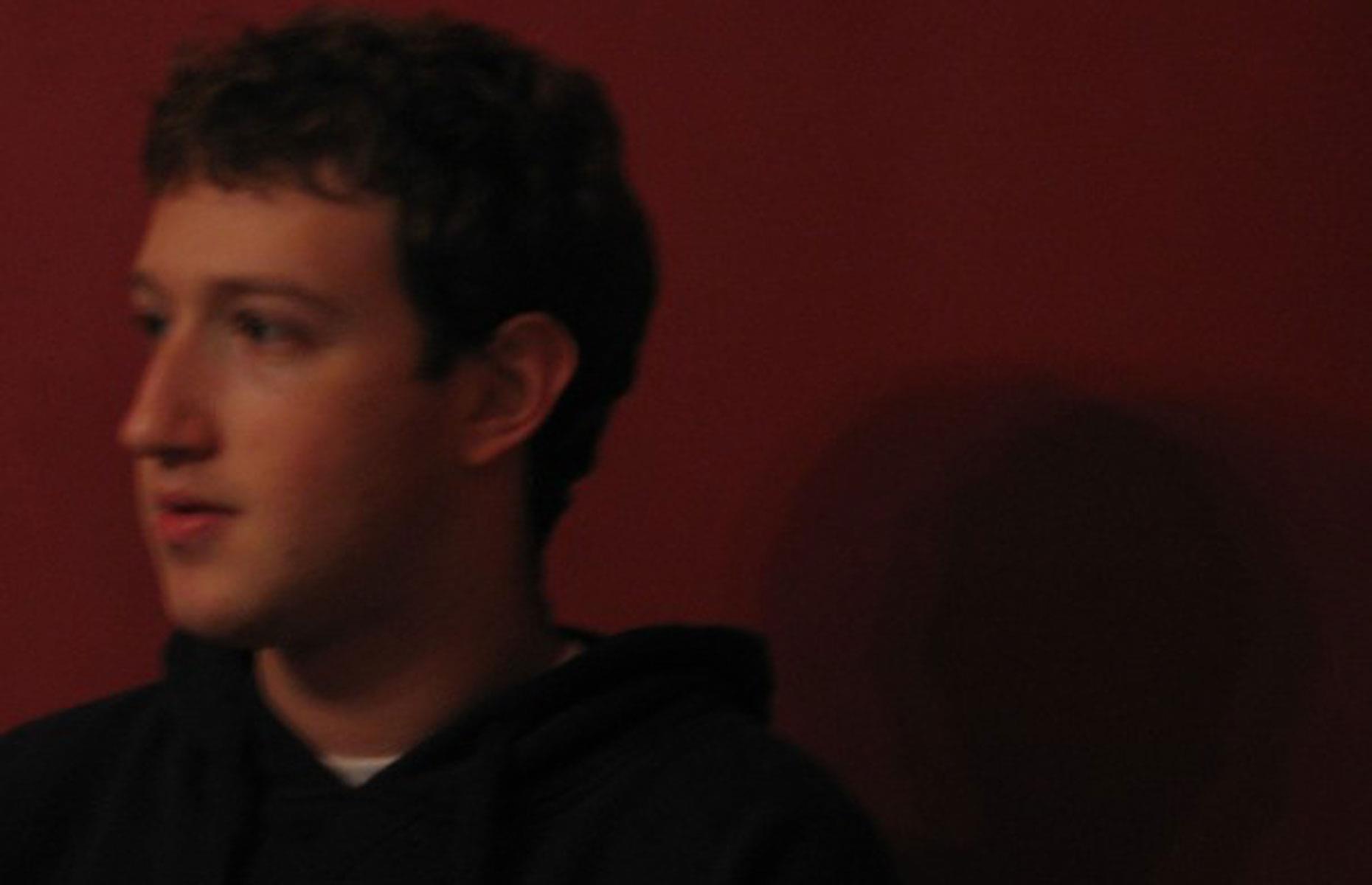 Zuckerberg met with the Winklevoss brothers and Narendra in November 2003 and agreed to come on board to finish the project. The trio shared all the coding created for the project so far with their new recruit. Things seemed to get off to a good start but despite suggesting “it shouldn't take too long to implement”, Zuckerberg dragged his feet.

A month passed and the site remained unfinished, with Zuckerberg often ignoring emails and phone calls. Yet at an emergency meeting called by the brothers and Narendra just before Christmas 2003, Zuckerberg assured the anxious trio he would complete the site as soon as he could. In reality, the second-year student was developing his own answer to HarvardConnection, which he named thefacebook.com after the print face books distributed on campus each semester. 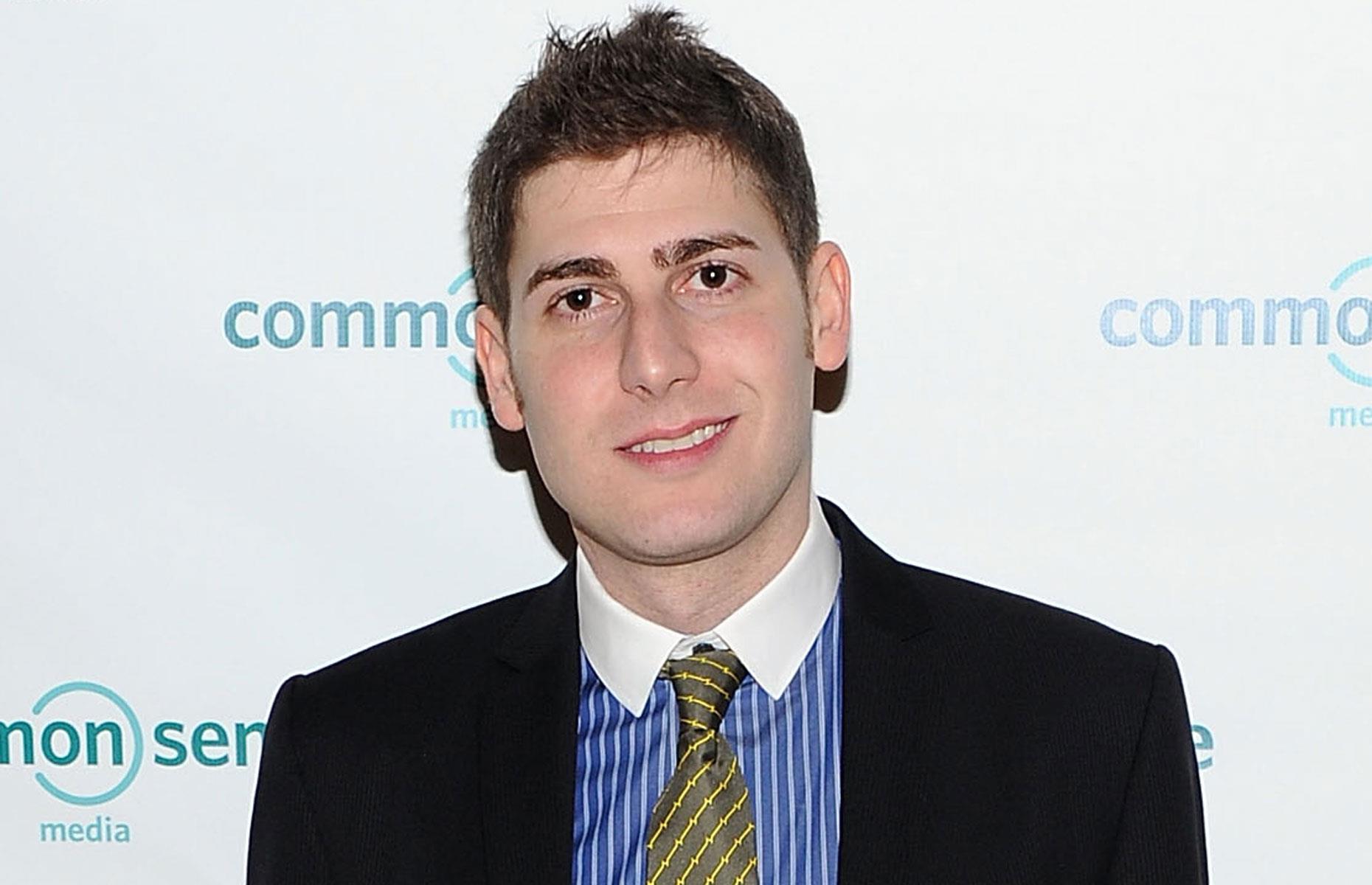 In fact, Zuckerberg registered thefacebook.com as a domain name in 11 January 2004, and emailed financial backer Eduardo Saverin (pictured) the following day to let him know the site was almost ready to go live, all the time telling the Winklevoss brothers and Narendra that he was working on HarvardConnection. 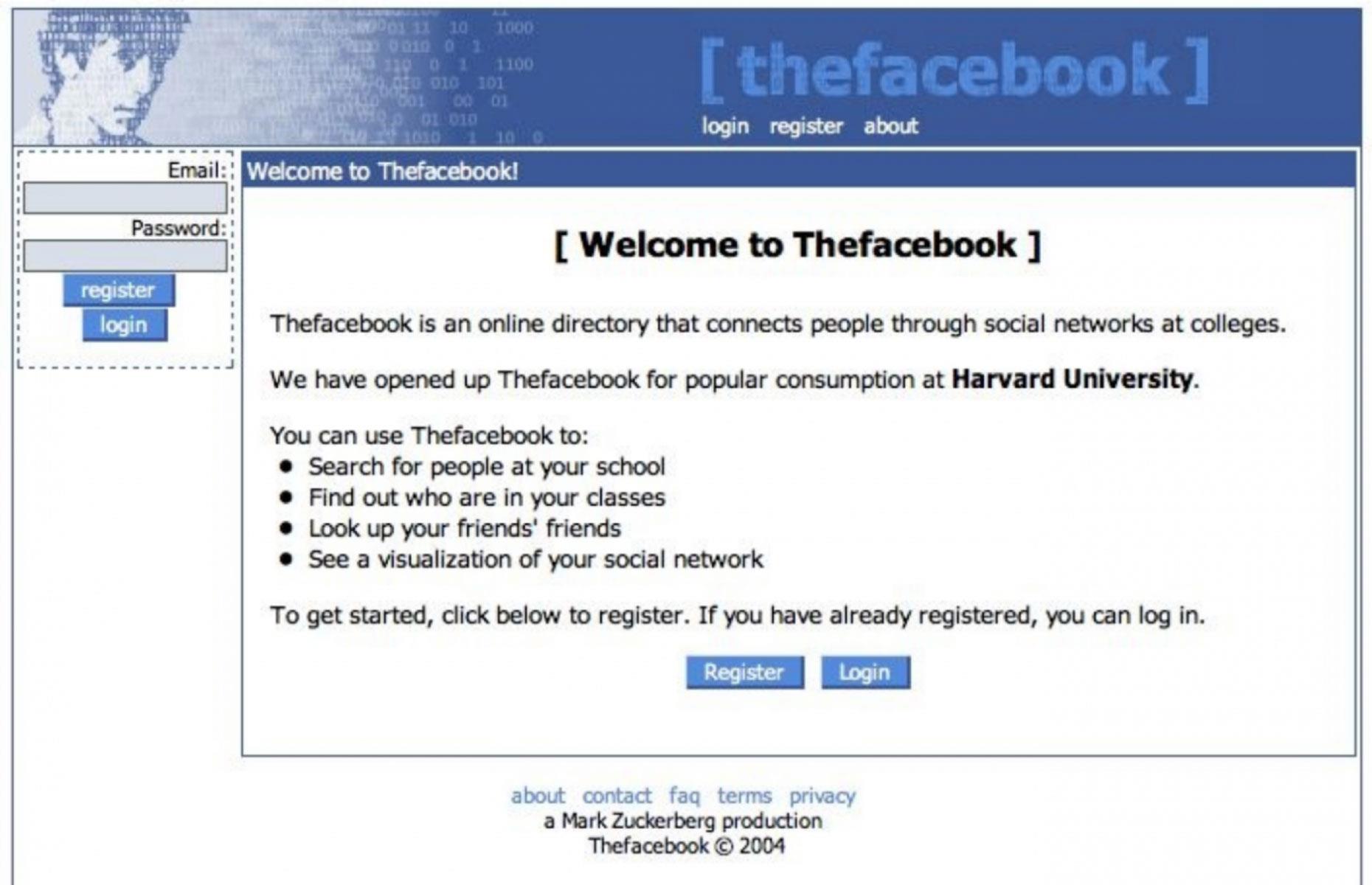 The ruse carried on until 4 February 2004 when seemingly out of the blue Zuckerberg launched thefacebook.com, an online social network aimed exclusively at Harvard students. Needless to say, the Winklevoss twins and Narendra were furious. Feeling they had been well and truly duped, the trio issued a cease and desist order (which Zuckerberg ignored) and complained to the Harvard Administrative Board.

Facebook's 15-year timeline and the staggering numbers behind its success 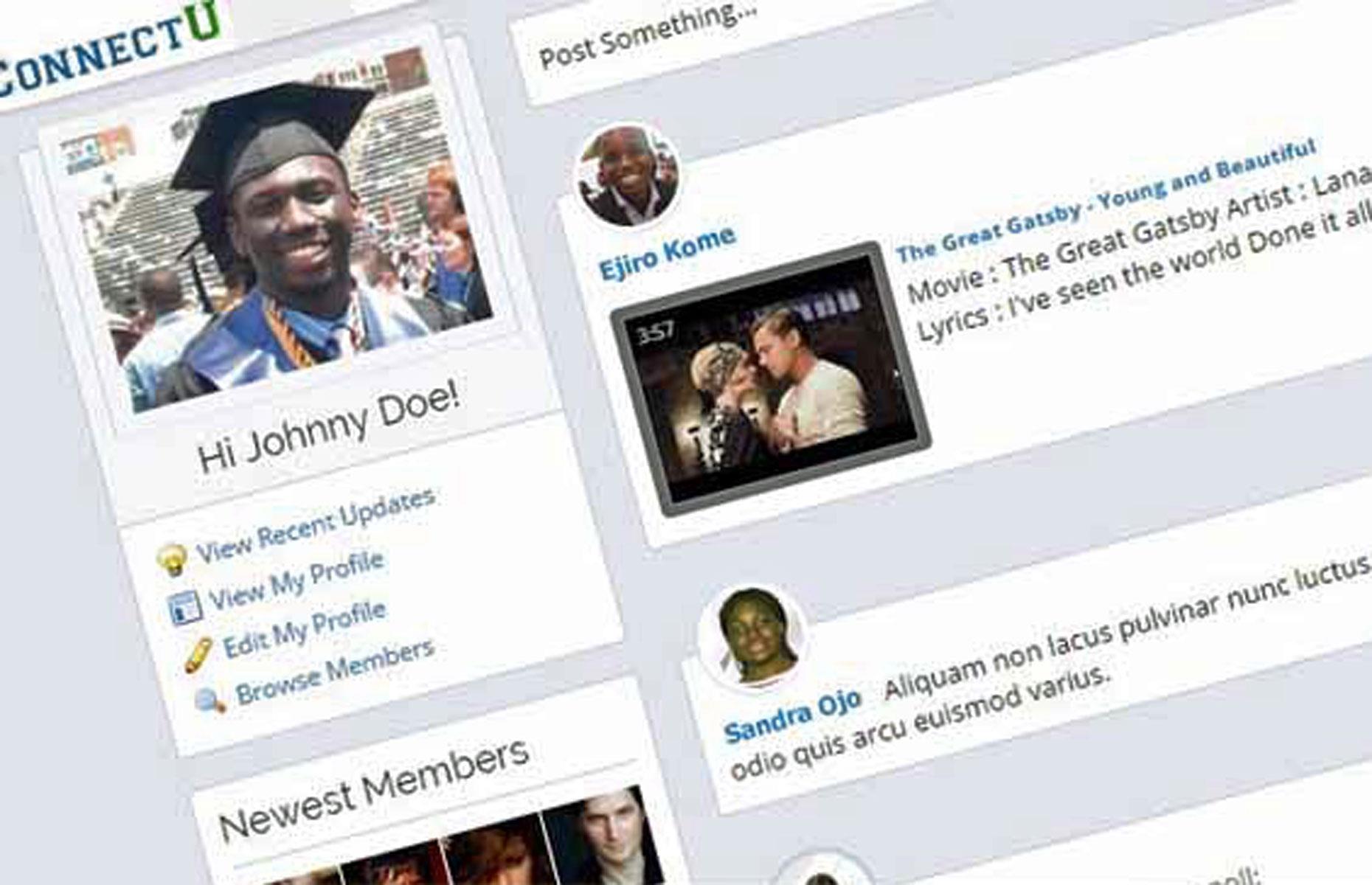 The board was powerless to act in the matter, so after mulling over their options, the Winklevoss brothers decided to take legal action. HarvardConnection finally launched on 21 May 2004 as ConnectU but its popularity was eclipsed from the get-go by thefacebook.com, further infuriating the siblings and their partner Narendra. It later emerged that Zuckerberg allegedly hacked into ConnectU over the summer of 2004 and created fake profiles, and messed with privacy settings.
Features 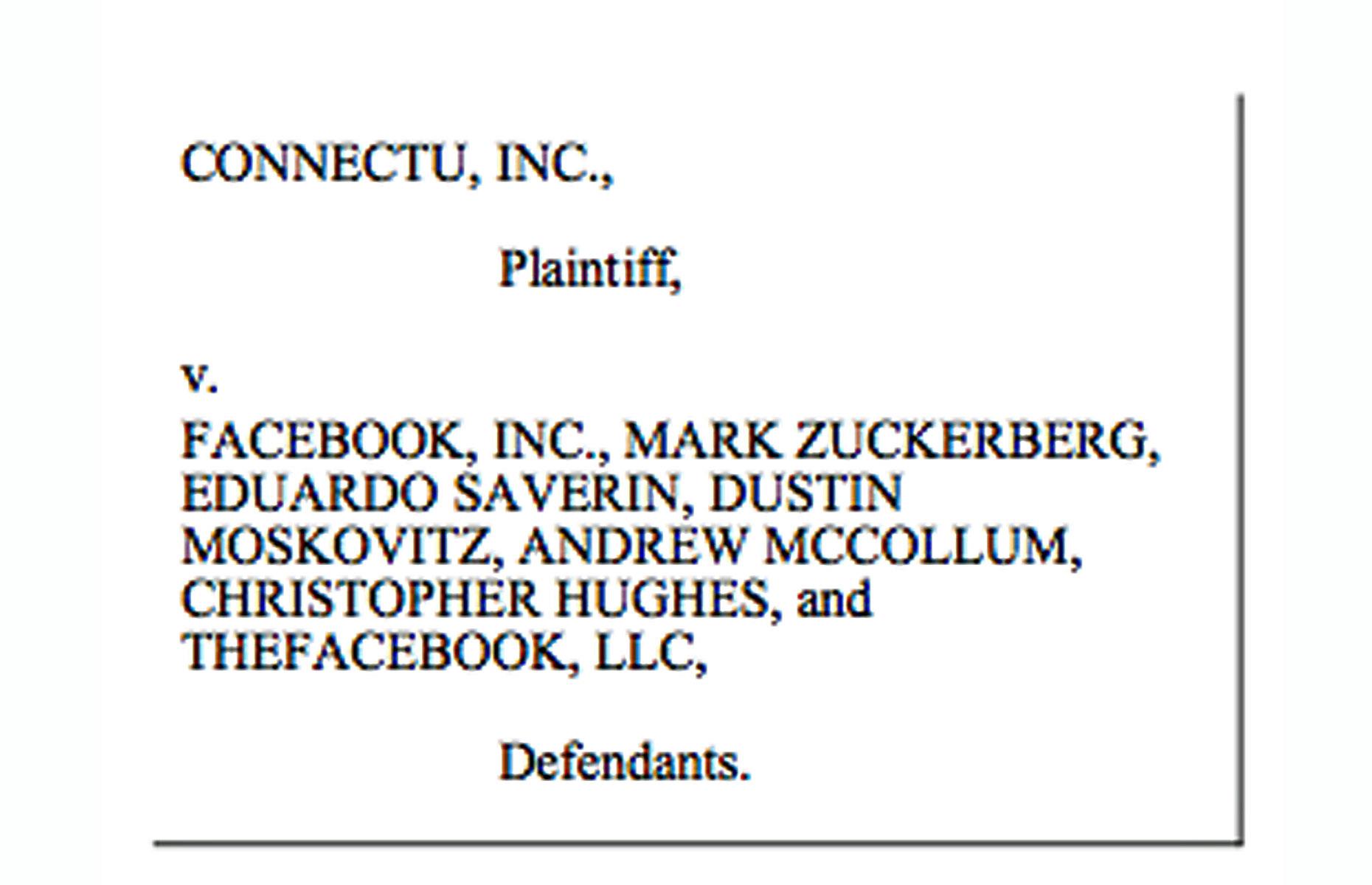 A lawsuit accusing Zuckerberg and other students who had helped to create thefacebook.com of copyright infringement, fraud and misappropriation of trade secrets was filed on 2 September 2004 by the Winklevoss brothers and Narendra. Convinced their rival had deliberately slowed the project and pilfered the source code, design and business plan, they were seeking the shutdown of thefacebook.com, as well as unspecified damages and a transfer of assets. 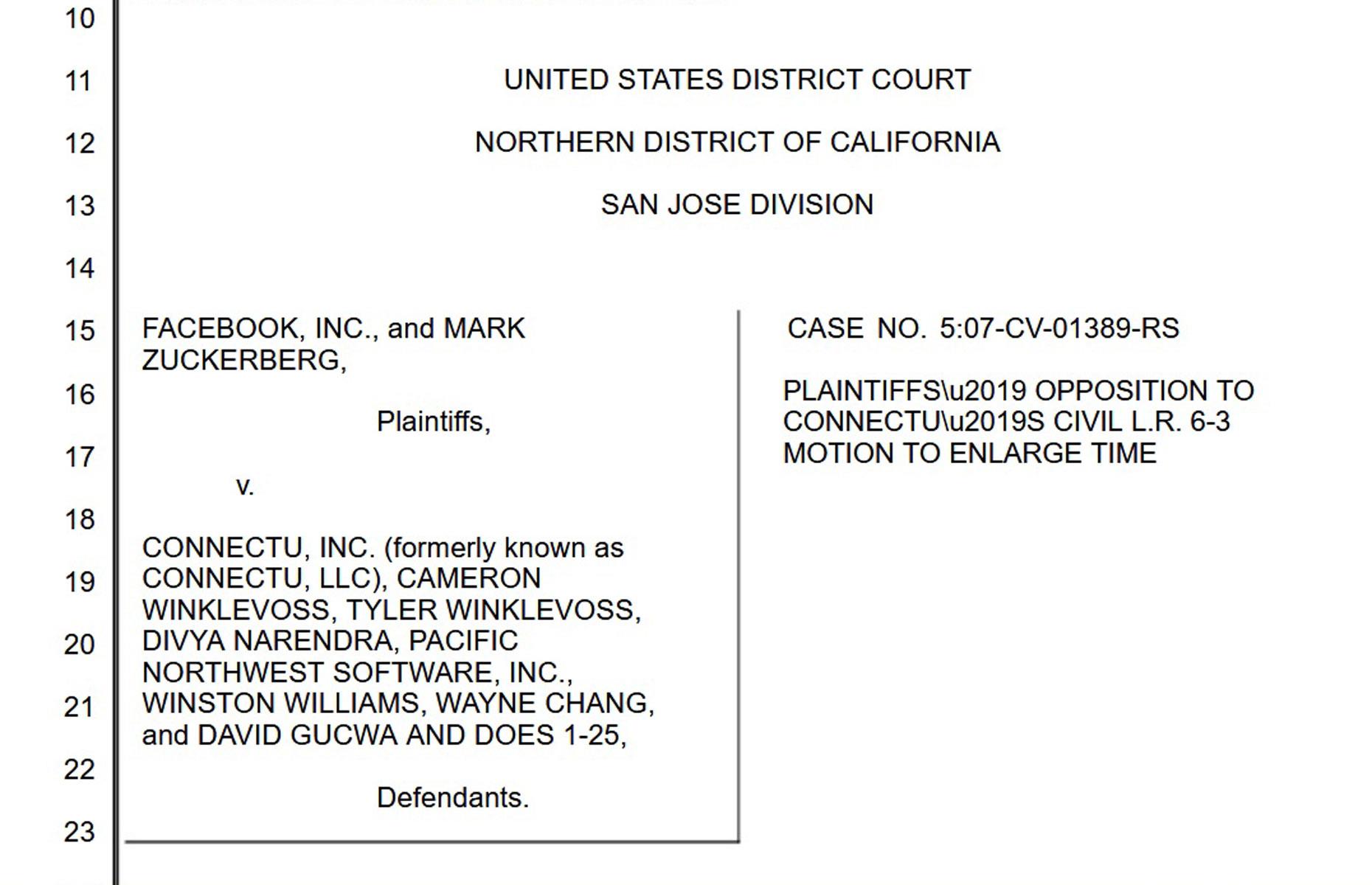 Facebook countersued over a feature called SocialButterfly, which allowed ConnectU users to import data from thefacebook.com, and so began a protracted, years-long legal battle. The parties fought it out in the courts until February 2008 when a settlement of $65 million (£52m) was awarded to ConnectU, which was closed down as part of the agreement. 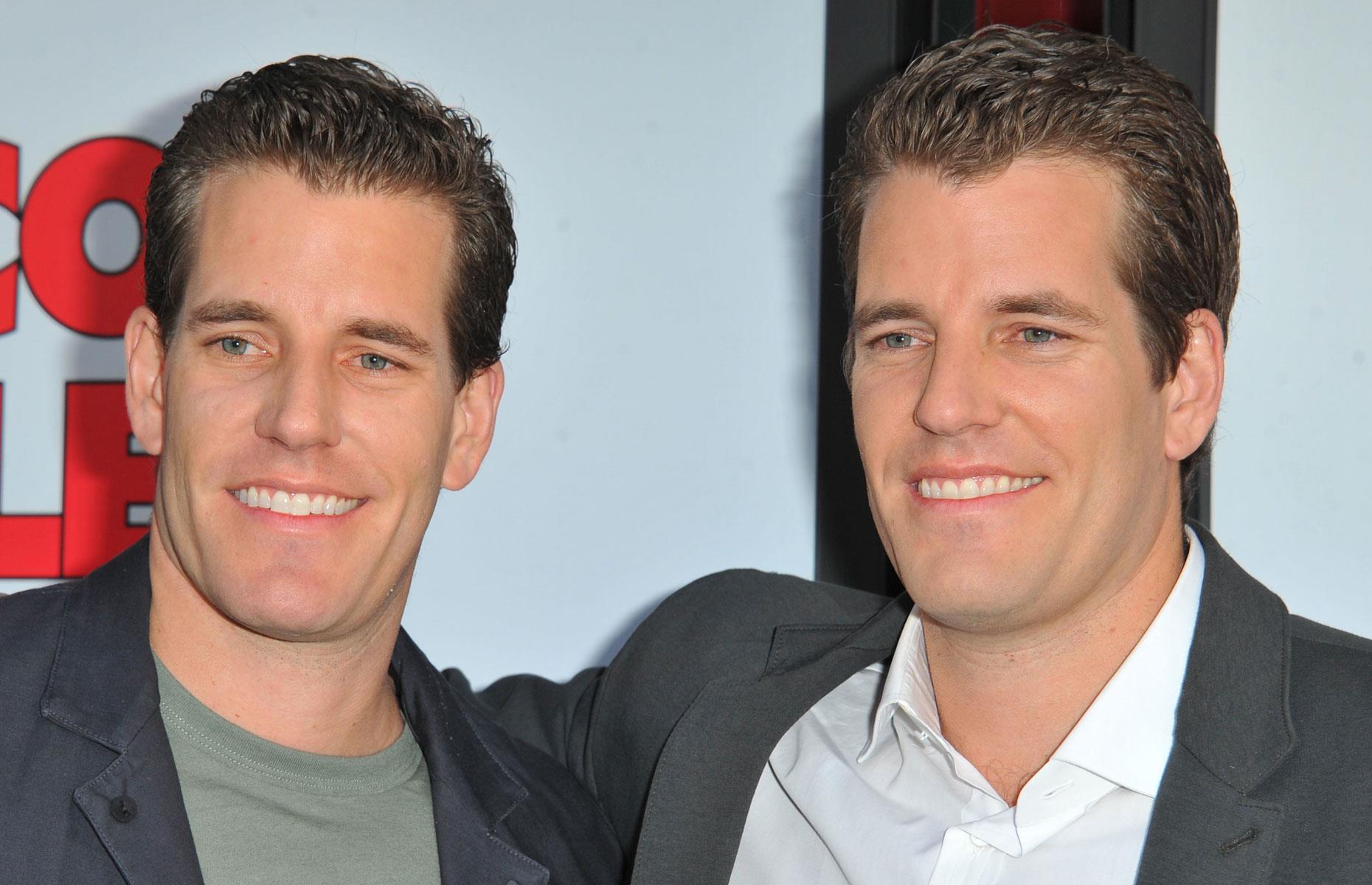 Shrewdly, the brothers opted to take the $65 million (£52m) settlement as $45 million (£36m) in stock, a decision that would pay off handsomely as Facebook surged in value. Today, the shares are worth in the region of $500 million (£400m). Narendra put his efforts and cash into co-founding online investors' community SumZero.

The world's media moguls and what they really control 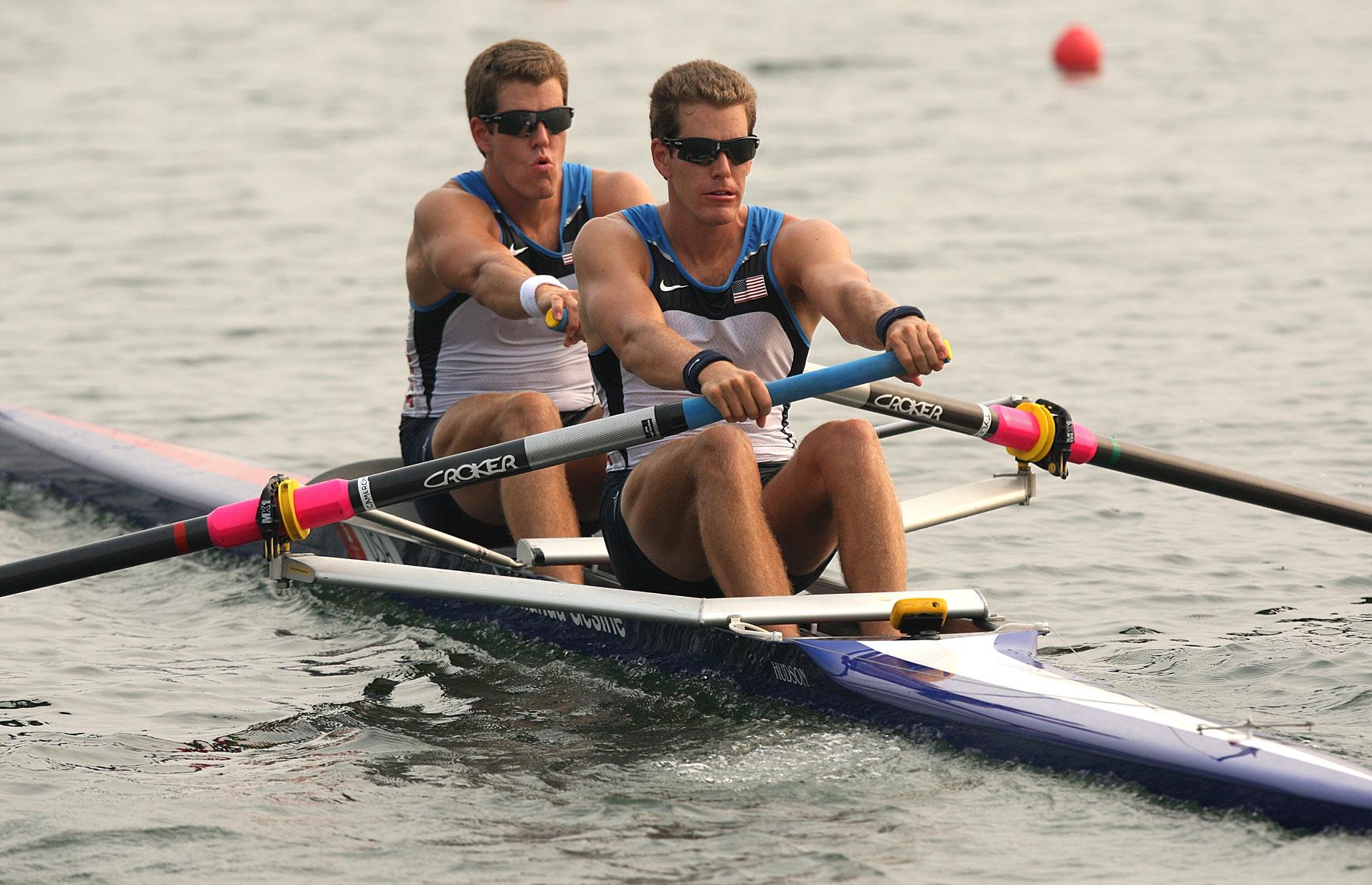 The icing on the cake in what was no doubt a very memorable year for the twins, Cameron and Tyler fulfilled a lifelong dream and represented the USA at the 2008 Summer Olympic Games in Beijing. The brothers participated in the men's pair rowing event and finished a respectable sixth (out of 14).
Features 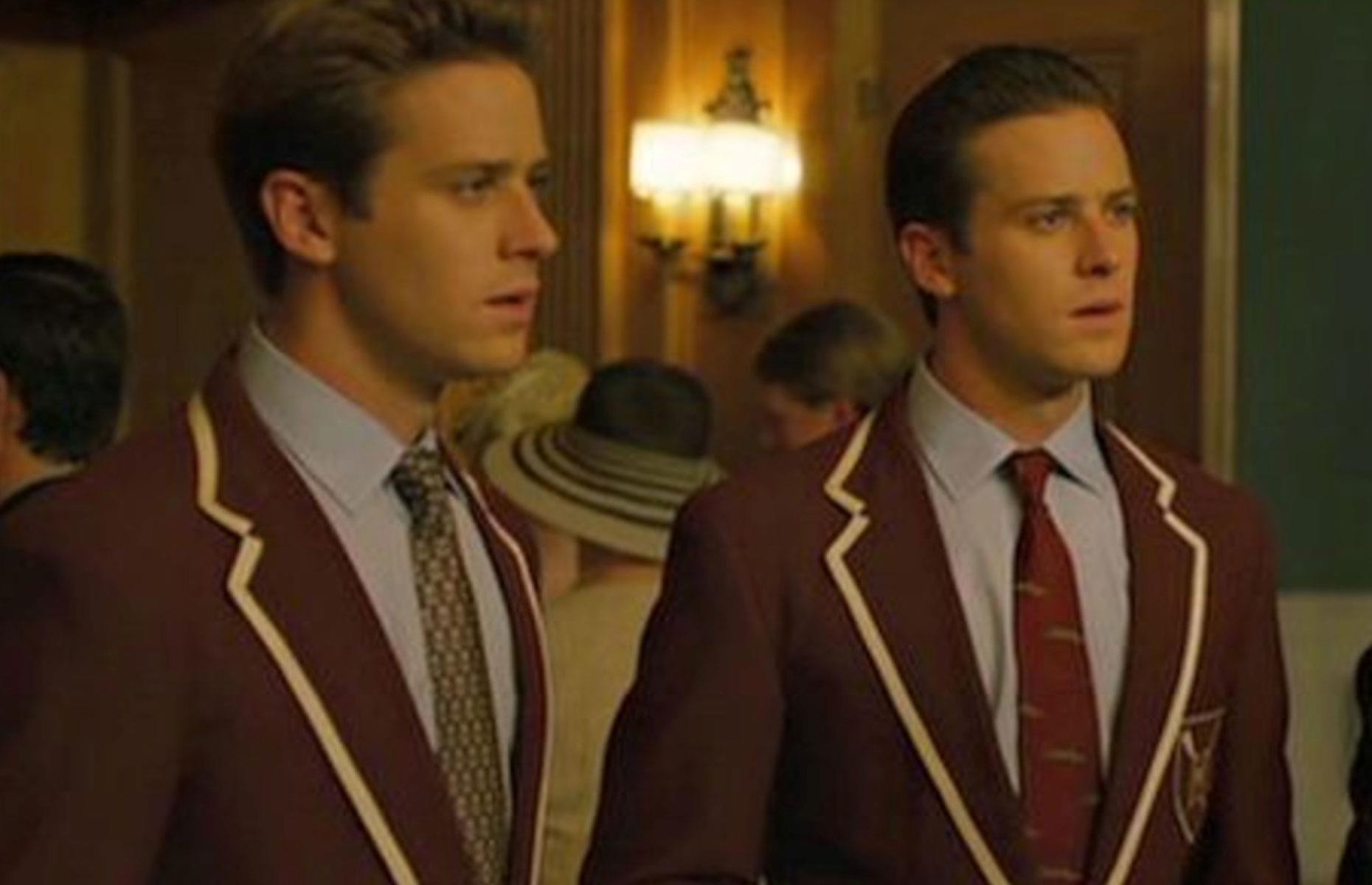 In July 2009, Ben Mezrich published a book on the entire Facebook drama called The Accidental Billionaires, which was adapted into hit movie The Social Network. Released in 2010, the David Fincher film had both brothers played by a CGI-ed Armie Hammer (pictured). And while Zuckerberg disputes the film's accuracy, the twins were happy with the film: “It does a great job of capturing the factual events of the 18 months of the founding of Facebook. It is a true story,” Cameron said in an interview at the time, adding that "...we were relieved when we saw the movie". 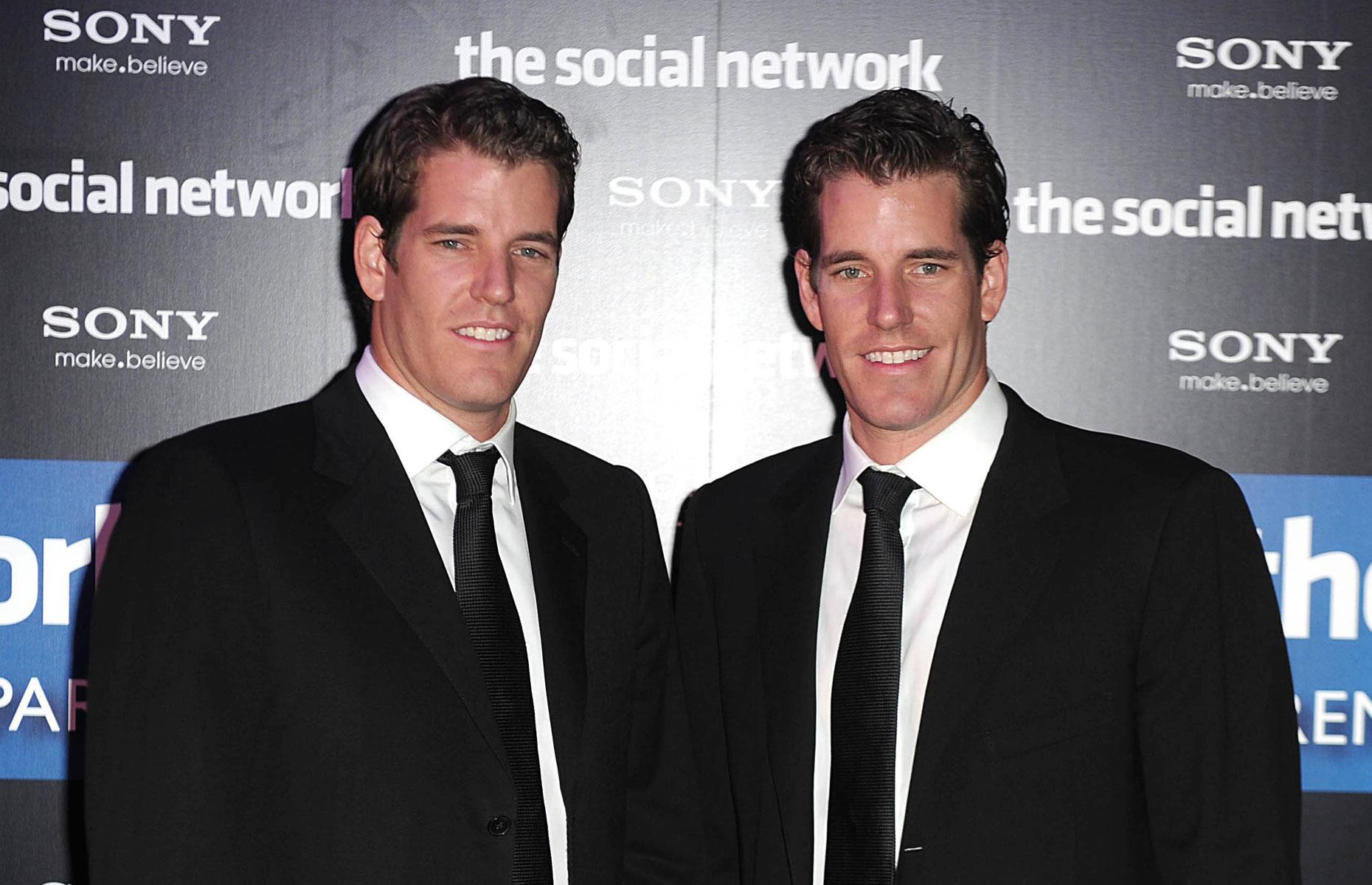 That said, author Mezrich admitted in an interview with Vanity Fair that he had got the twins wrong in his book, where he often depicted them as inept jocks: “I think the way I portrayed them was not entirely fair and accurate,” he commented. “These guys are really smart—they speak multiple languages, they understand economics, they’re computer coders.” The author has also described the brothers as “very honest”. In fact, his latest book Bitcoin Billionaires examines the brothers' fortunes since their conflict with Facebook and how they managed to turn their luck around. 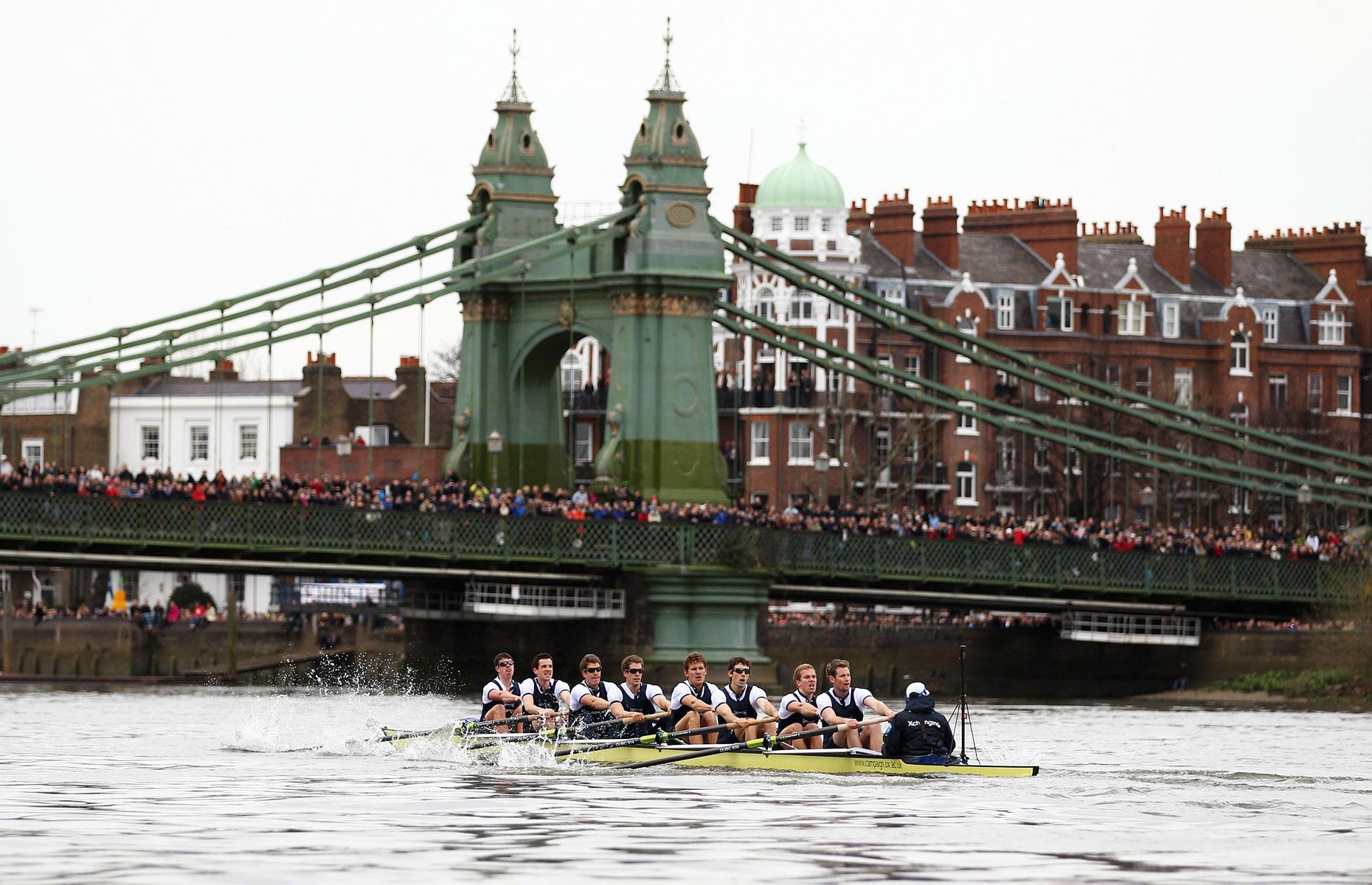 While this was a very stressful time, the Winklevoss twins still managed to find the time and motivation to study for an MBA at Oxford when The Social Network was released. While at the prestigious university, they even took part in the 2010 Oxford-Cambridge Boat Race.

Armed with an MBA and plenty of experience, the siblings were eager to put the drama behind them. But their legal woes were not yet over. The brothers decided to contest the settlement figure from their case with Facebook, believing that they had been misled about the real value of the growing social network. The case was finally dropped in June 2011. As well as battling Facebook, the brothers also had to fight off a case brought by i2Hub, a file-sharing service ConnectU had partnered with.

At the same time the brothers took their own law firm Quinn Emanuel to court for malpractice, after it had inadvertently revealed the brothers' strictly confidential settlement figure with Facebook in a marketing brochure. The law firm was eventually cleared, and the twins set about planning their next move. 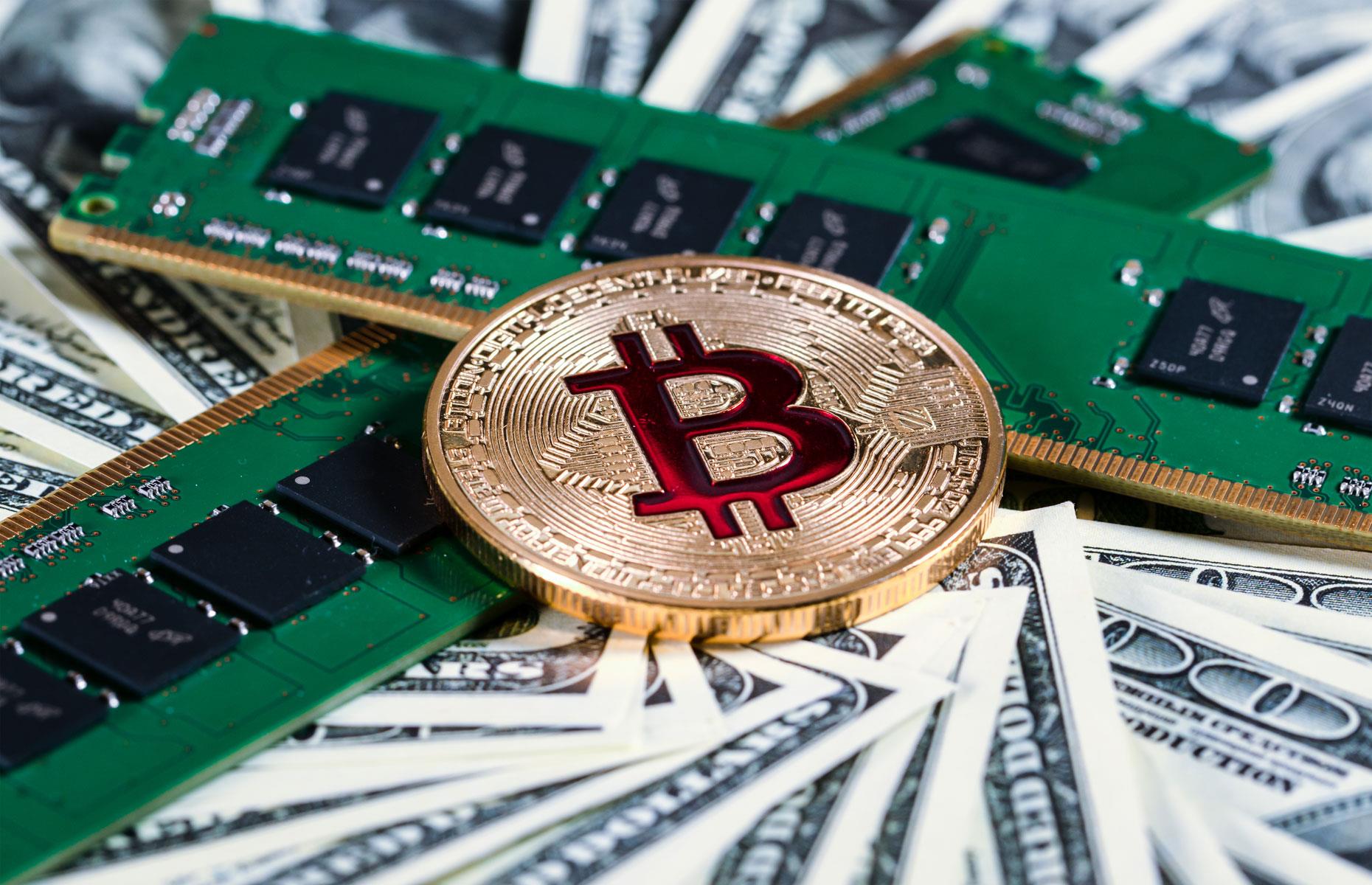 Inspiration arrived in the most unlikely of places. According to Mezrich, the duo were partying on a beach in Ibiza when a random individual approached them and pitched the idea of Bitcoin. Intrigued, the brothers pondered over the concept of cryptocurrency and recognised its amazing potential. They were well ahead of the game.
Features 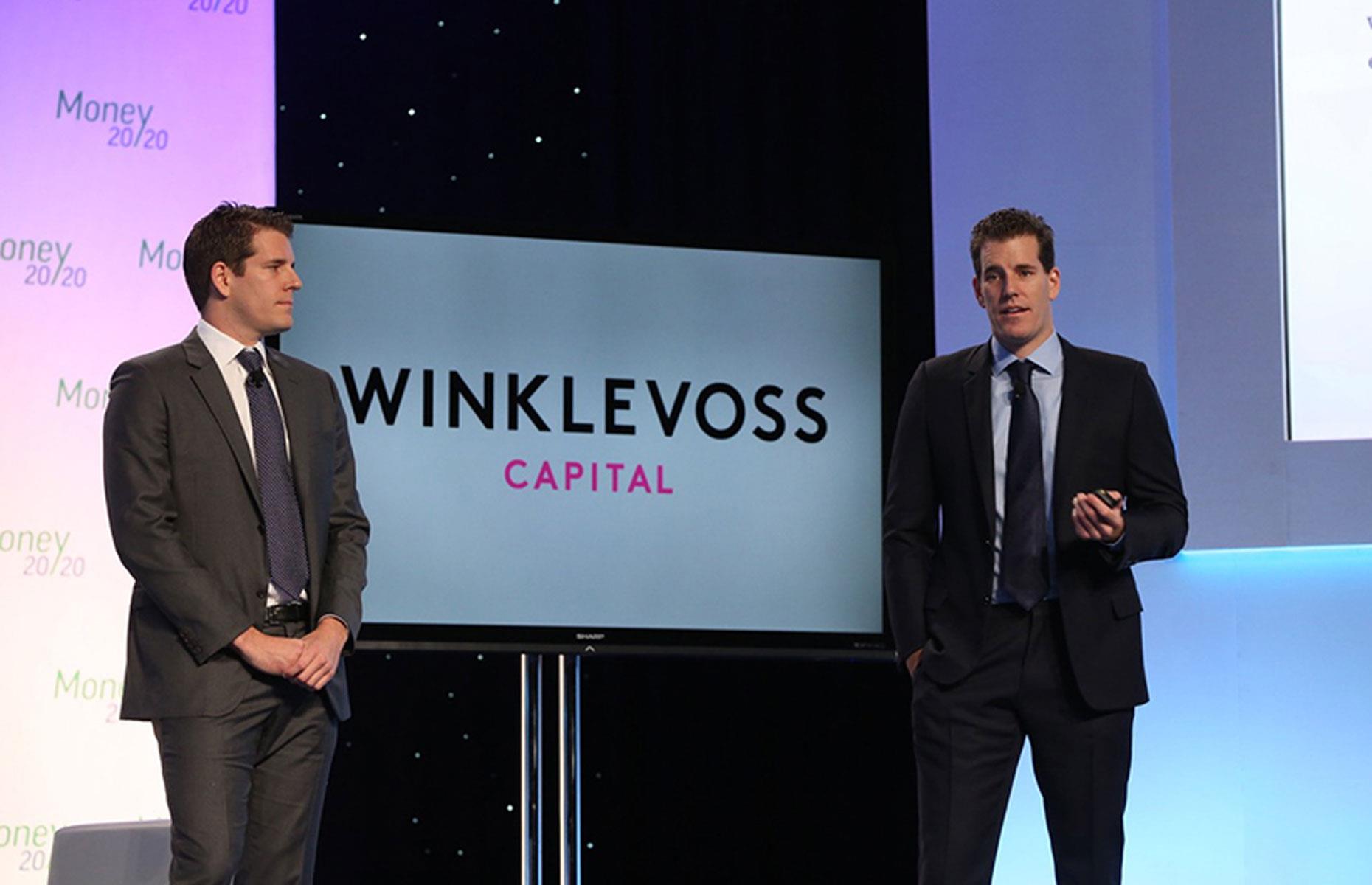 Cameron and Tyler founded Winklevoss Capital Management in early 2012 and boldly snapped up 1% of all the bitcoins in circulation, shelling out a cool $11 million (£9m). Each coin was valued at just $7 (£5.59) at the time, so the brothers scored one of the bargains of the century in investing terms.
Features 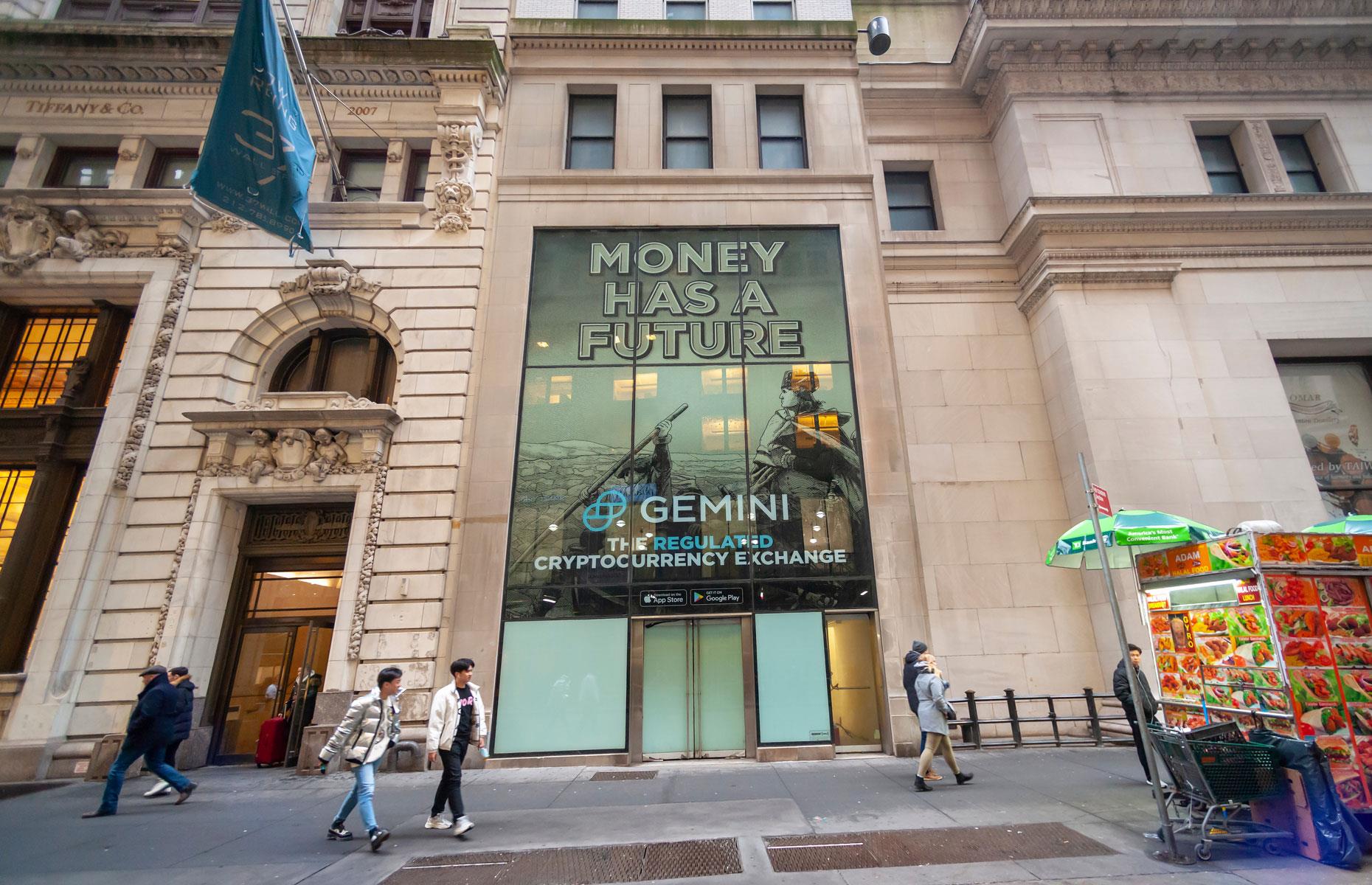 As the value of Bitcoin climbed, the twins' confidence in the cryptocurrency market strengthened. Increasingly positive about the future of the concept, the brothers founded a regulated cryptocurrency exchange in 2014 called Gemini, named after the zodiac sign of twins, and WinkDex, a financial index that tracks the price of Bitcoin. They went on to launch the Gemini digital currency in 2018.
Features 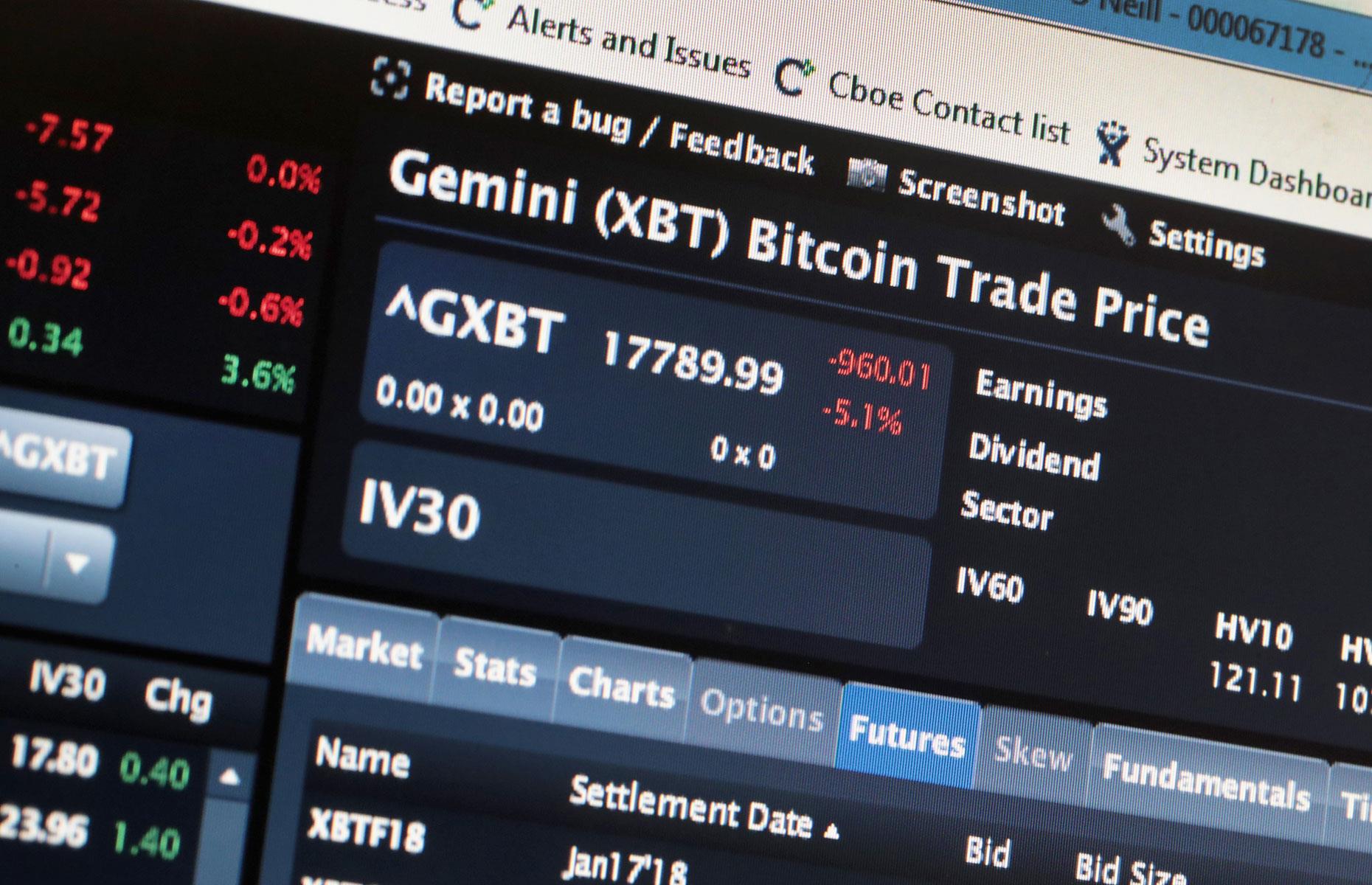 The Winklevii's gamble paid off as the hype reached fever pitch and investors scrambled to put their money in Bitcoin. The price of the cryptocurrency skyrocketed from April 2017, peaking on 17 December 2017 at a staggering $19,783.06 (£16k). The twins had hit the jackpot. 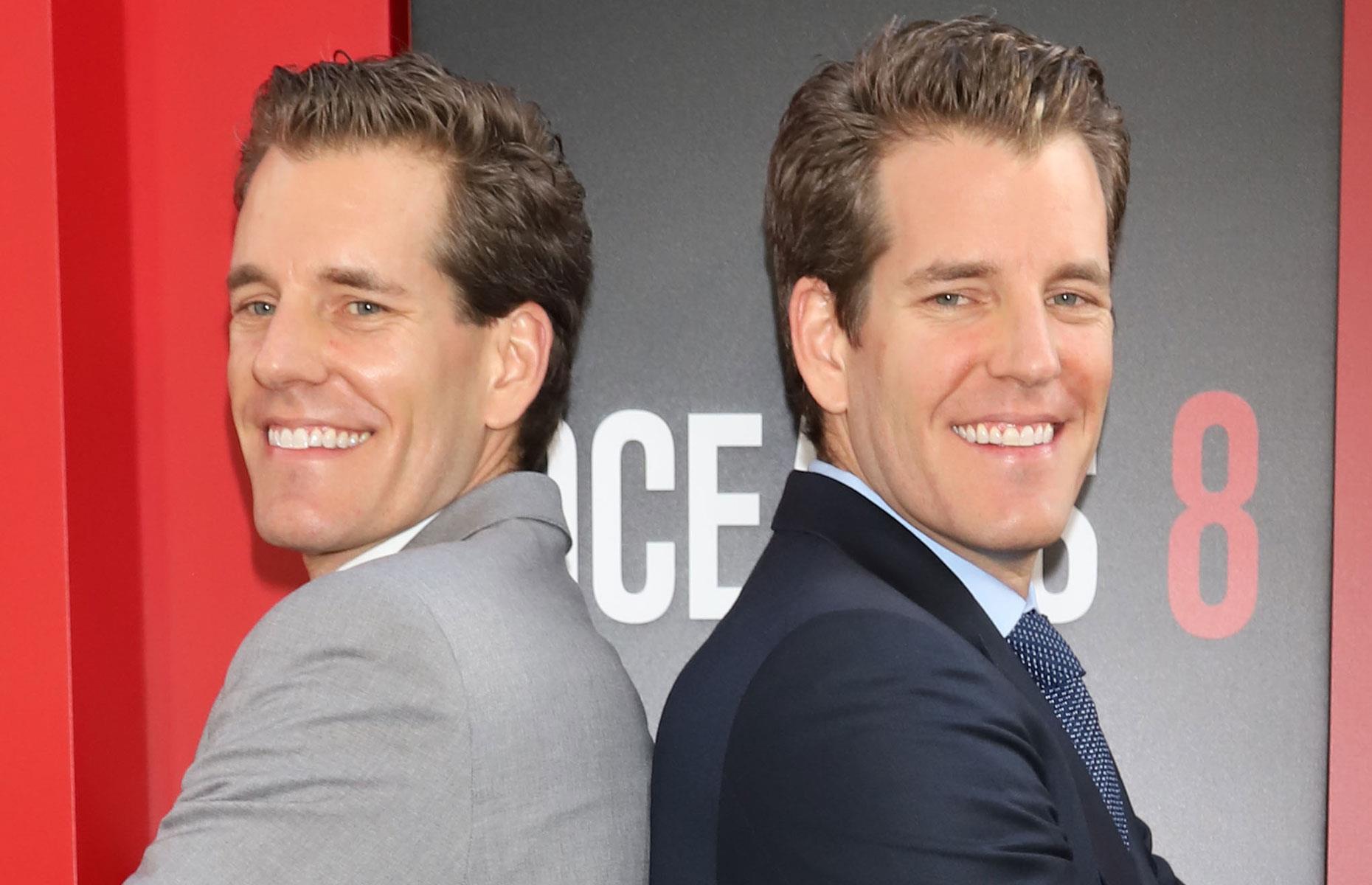 In fact, the Winklevoss brothers had become the world's first cryptocurrency billionaires. The price fell throughout 2018 but is on the up again, having trebled since the start of February. At the time of writing, each bitcoin is worth $11,266.16 (£9k).

The brothers have certainly had the last laugh, especially as their cryptocurrency exchange Gemini is now advising Facebook. The social media giant reached out in May to discuss the launch of its very own cryptocurrency. Mark Zuckerberg has clearly had a change of heart.
Features 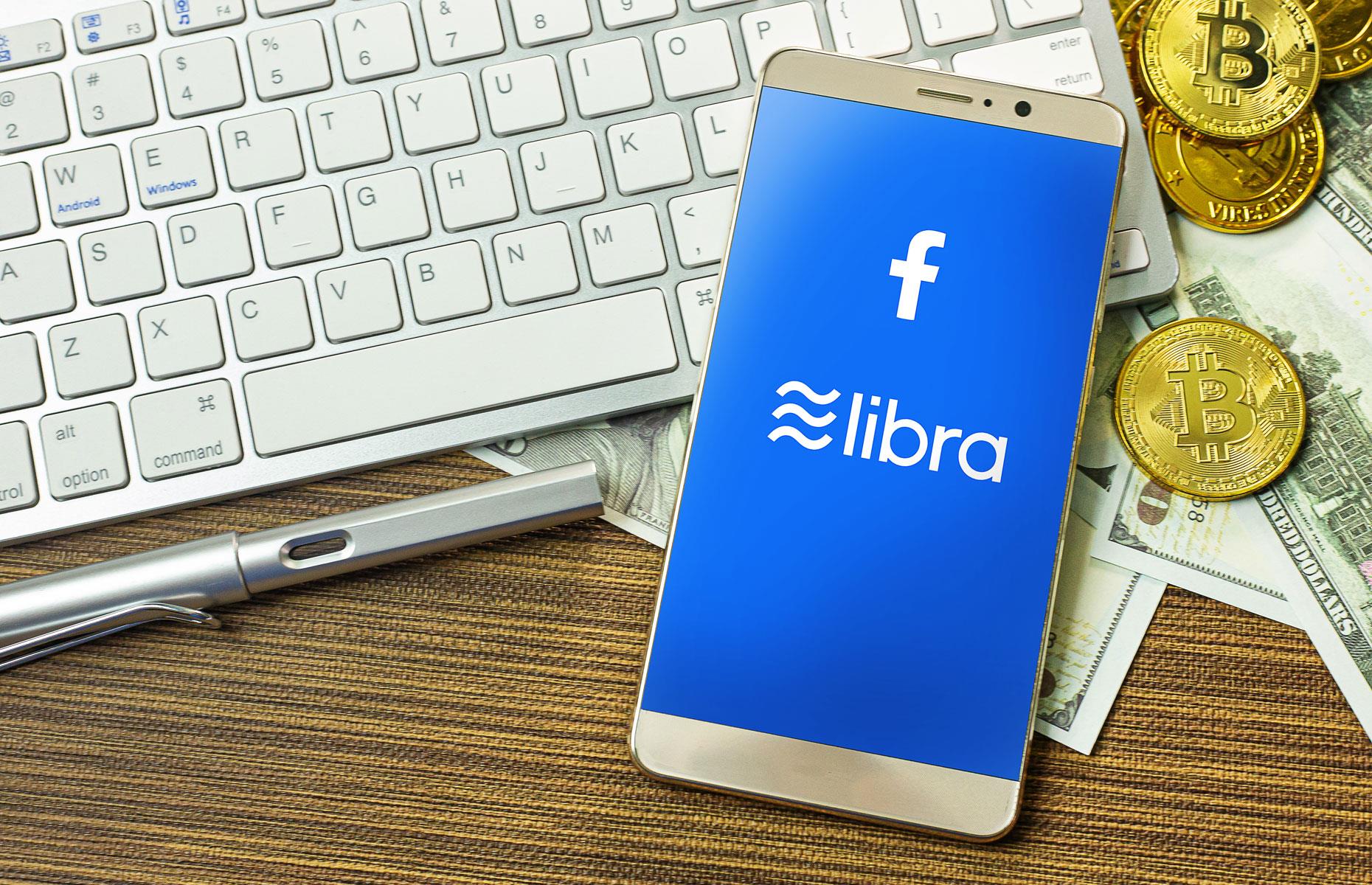 Still, old habits die hard. In what could be considered a homage to the Winkevii, a sly dig or mere coincidence depending on how you look at it, Facebook has also named its cryptocurrency offshoot after a zodiac sign. The new digital money system is called Libra, the sign of balance.