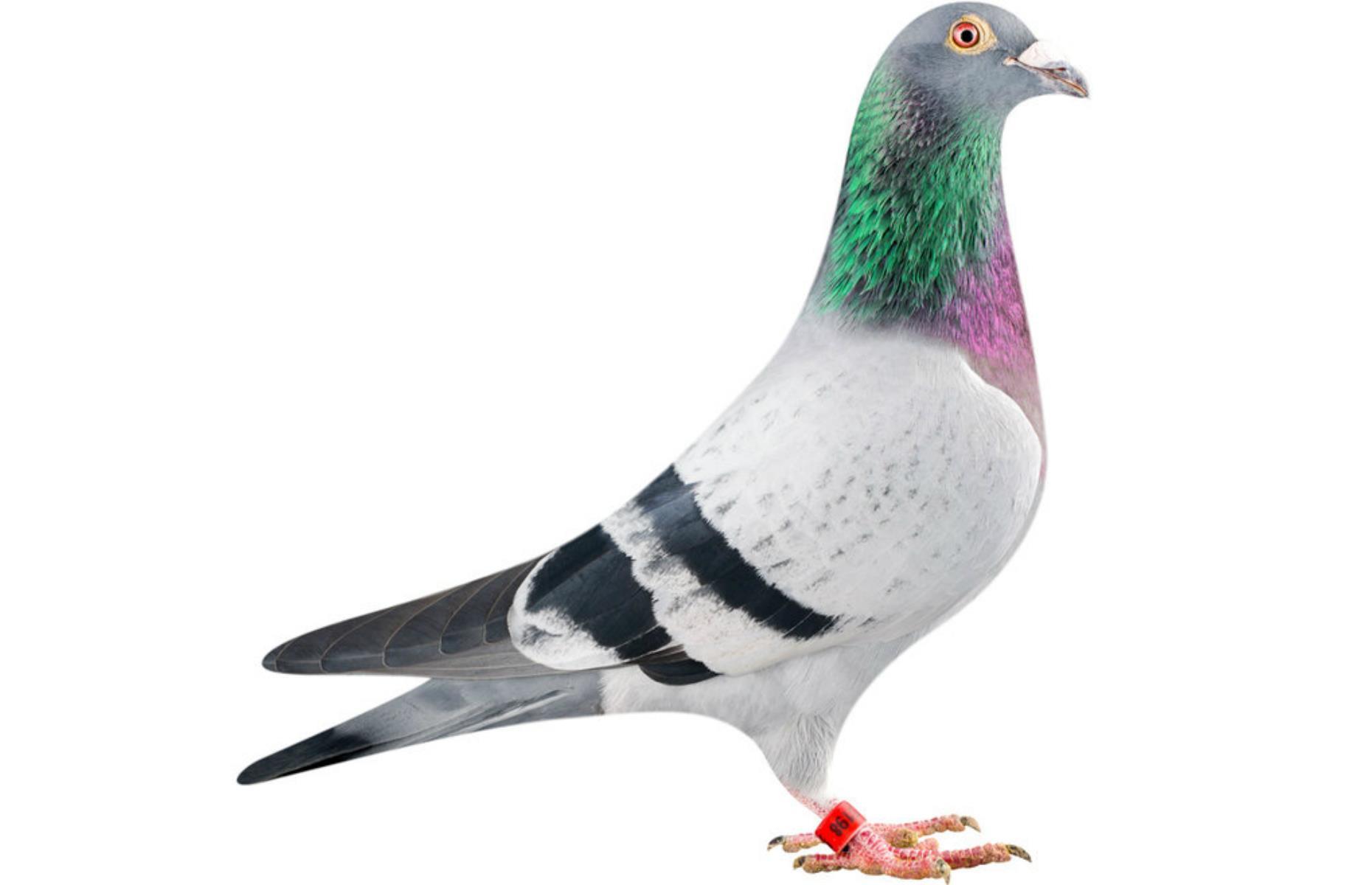 Animals with a whopping price tag

Would you spend $2 million (£1.4m) on a dog? Or $50,000 (£36k) to clone your beloved pet, as singer and actress Barbra Streisand did? Whether for their looks, earnings, offspring or DNA, people are willing to pay serious money for what are often called humans' best friends. Read on to find out some of the world's most valuable animals.
Features 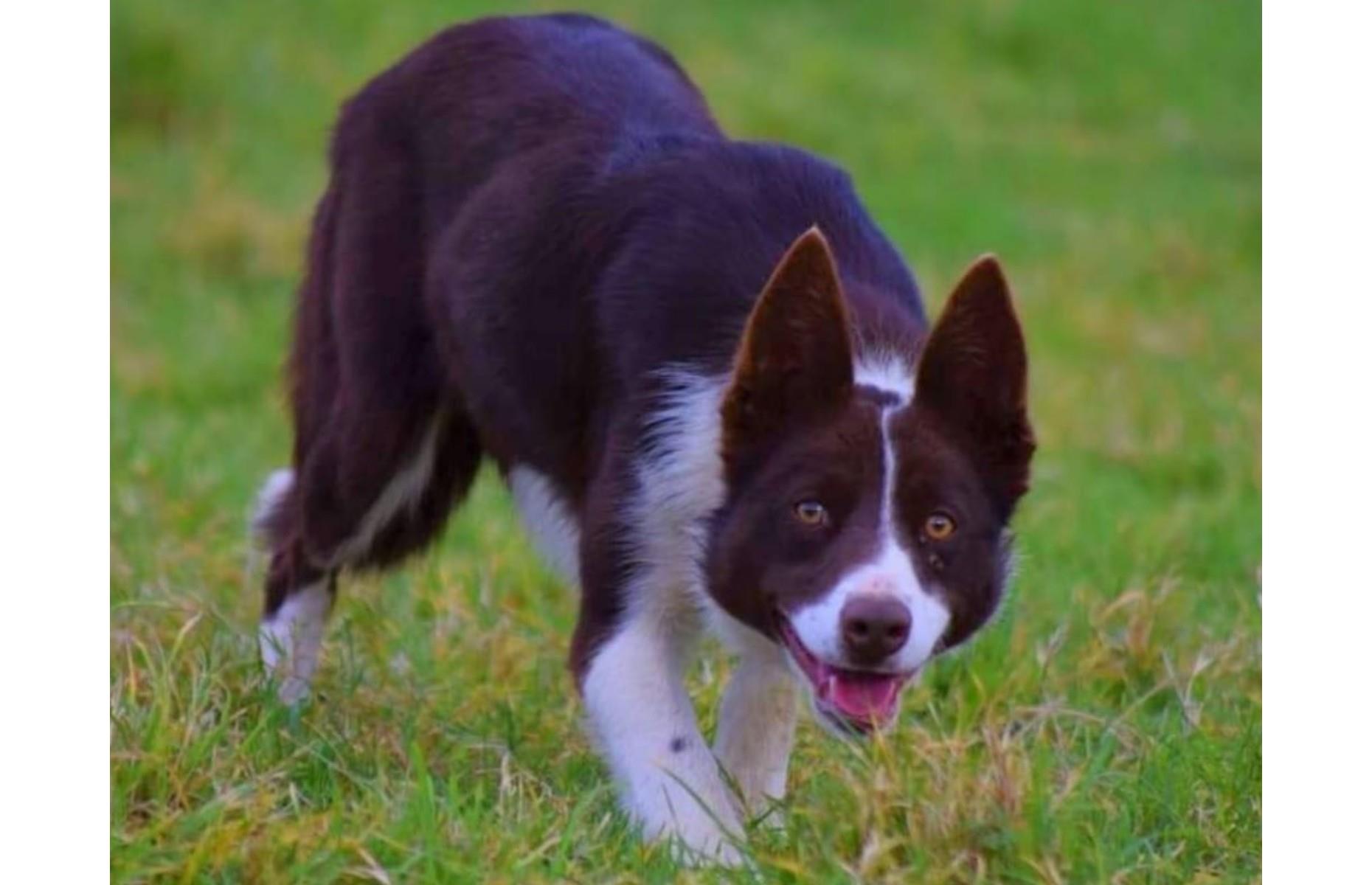 In February this year, the record for Britain’s priciest sheepdog was broken by one-year-old Welsh border collie Kim. The average price for a working dog is around £2,000 ($2.8k), but Kim sold for more than 13 times that amount when a farmer from Staffordshire bought her for £27,000 ($37,350). Kim’s trainer Dewi Jenkins attributed her over-the-odds value to her intelligence, ability to learn quickly and red colour, which is currently in vogue in sheepdog circles.

Before Barbra Streisand’s beloved Coton de Tulear, Samantha, died aged 14 in 2017, the actress had four clones made at a cost of around $50,000 (£40.6k) each. One died and she gave one away, keeping twins Miss Scarlett and Miss Violet (pictured at Samantha’s grave with Barbra’s adopted dog, Fanny, in the centre). "I just wanted to keep her with me in some way," Streisand said.
Features
4 of Texas A&M University/Getty Images
List View Gallery View Full screen

CC or 'Copy Cat' was the first successfully cloned cat back in 2002. A domestic short hair, she was born to a tabby surrogate but was genetically identical to female donor Rainbow. She was cloned at a Texas university, with the $50,000 (£35k) project funded by a business looking to clone pets. CC went on to have three kittens naturally in 2006 and lived with one of the university professors and his wife in Texas. CC reportedly died in March 2020, having reached an impressive age of 17.

In the 1990s, boxer Mike Tyson was infamous for his three Bengal tiger cubs, which reportedly cost $70,000 each to buy, $4,000 a month to feed and $100,000 a year to insure. In today's money, the upfront cost alone translates to a value of about $130,500 (£95k) each. Tyson owned one of the tigers for 16 years, during which she allegedly tore an arm off a woman found trespassing on the boxer’s property. Posting this picture to Twitter, he wrote: "Not many can say they raised a tiger."
Features
6 of Karel Gallas/Shutterstock
List View Gallery View Full screen

In 1999 a giant stag beetle at 3.5 inches long was reportedly sold in Japan for $89,000 (£55k). The beetle was highly prized in Japan, and the insect shop in Tokyo that brokered the deal said the beetle was bred by an amateur in Fukui and sold to the president of a communications company. In fact, the two men met in disguise in a karaoke cubicle to hand over the super-bug.
Features
7 of BIGANDT.COM/Shutterstock
List View Gallery View Full screen

When labrador Sir Lancelot died in 2008, his owners Edgar and Nina Otto paid $155,000 (£78k) to have him cloned, calling this new dog Sir Lancelot Encore. 'Lancey' went on to father eight puppies in 2012. The Ottos said the cloned dog had the same behaviour, movements and "all of the same traits" as the original Sir Lancelot.
Features
8 of Courtesy Wayne Hutchinson/British Limousin Cattle Society
List View Gallery View Full screen

A cow named after Spice Girl Posh Spice recently became the world’s most expensive Limousin heifer when she sold for £262,000 ($363k) at auction in Carlisle in North West England. The best-in-class heifer known as Wilodge Poshspice was part of the Wilodge herd and her mother was champion cow Millbrook Gingerspice, which is where the top-selling cow's name came from. Wilodge Poshspice sold for more than double the previous record, which was set in 2014. 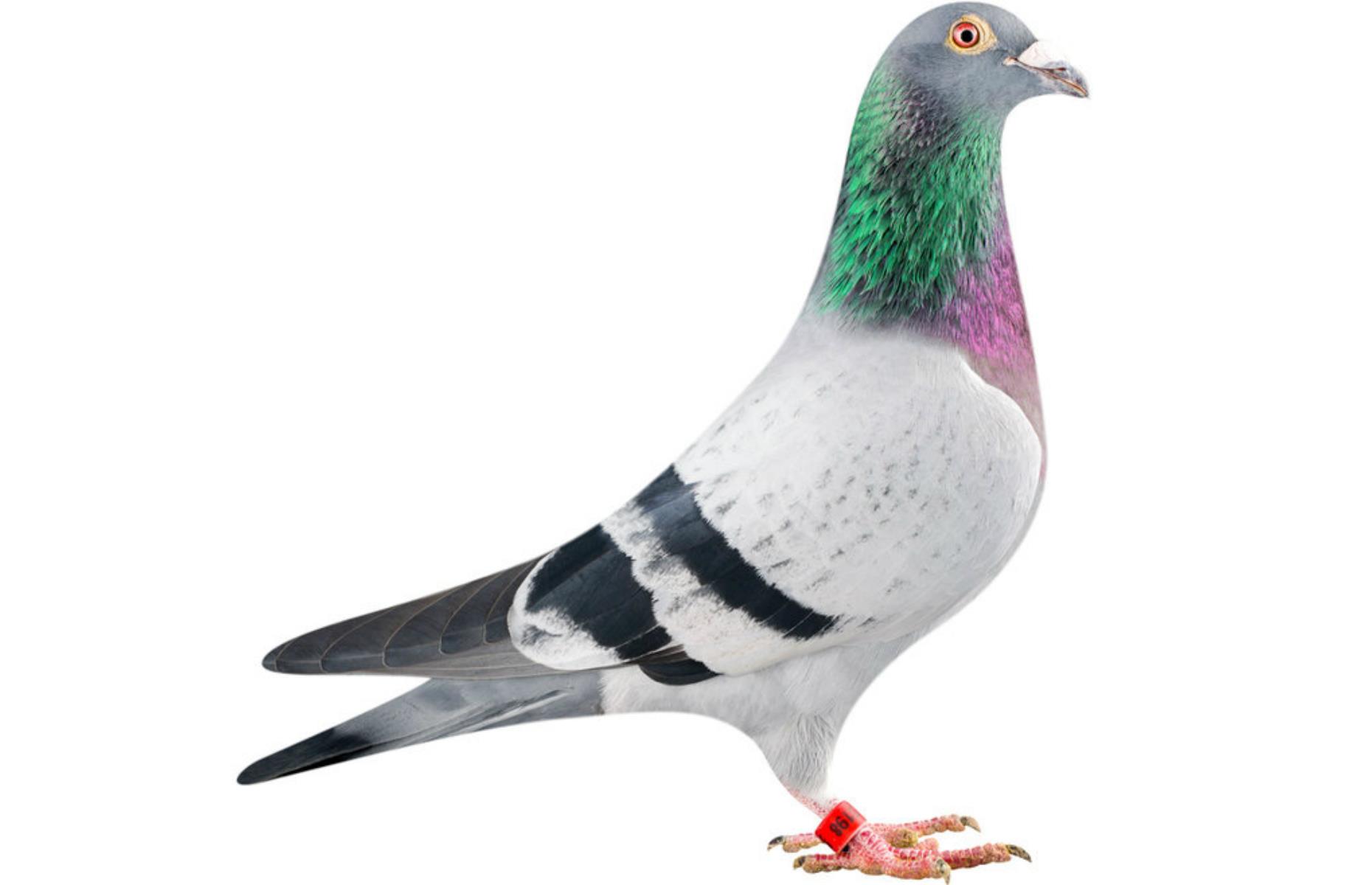 Racing pigeons are wildly popular in China, and the magnificent-looking Bolt (pictured), named after Jamaican Olympic sprinter Usain Bolt, sold for a huge €310,000 ($400k/£268k) to Chinese businessman Gao Fuxin in 2013. His Belgian breeder Leo Heremans had developed a virus from spending so much time with his birds and was forced to sell his whole flock of 530 pigeons for €4.3 million ($5.6m/£3.7m). Pigeons live around four years, and Bolt was bought for breeding purposes.

When Eastside Lewisdale Gold Missy, or Missy for short, sold for $1.2 million (£847k) at auction in Ontario in 2009, she immediately became the world's most expensive cow. Producing 50% more milk than an average cow – a whopping 50kg of milk a day – Missy, from Poken, Alberta, was deemed invaluable for elite bovine genetics. When she sold at auction her farm's marketing manager, Chris Parry, described Missy as "extremely tall, long and stylish. She walks on great feet and legs and has a great mammary system. She's ideal for milk production". It seems like the buyer agreed when they forked out over a million for the prized cow. 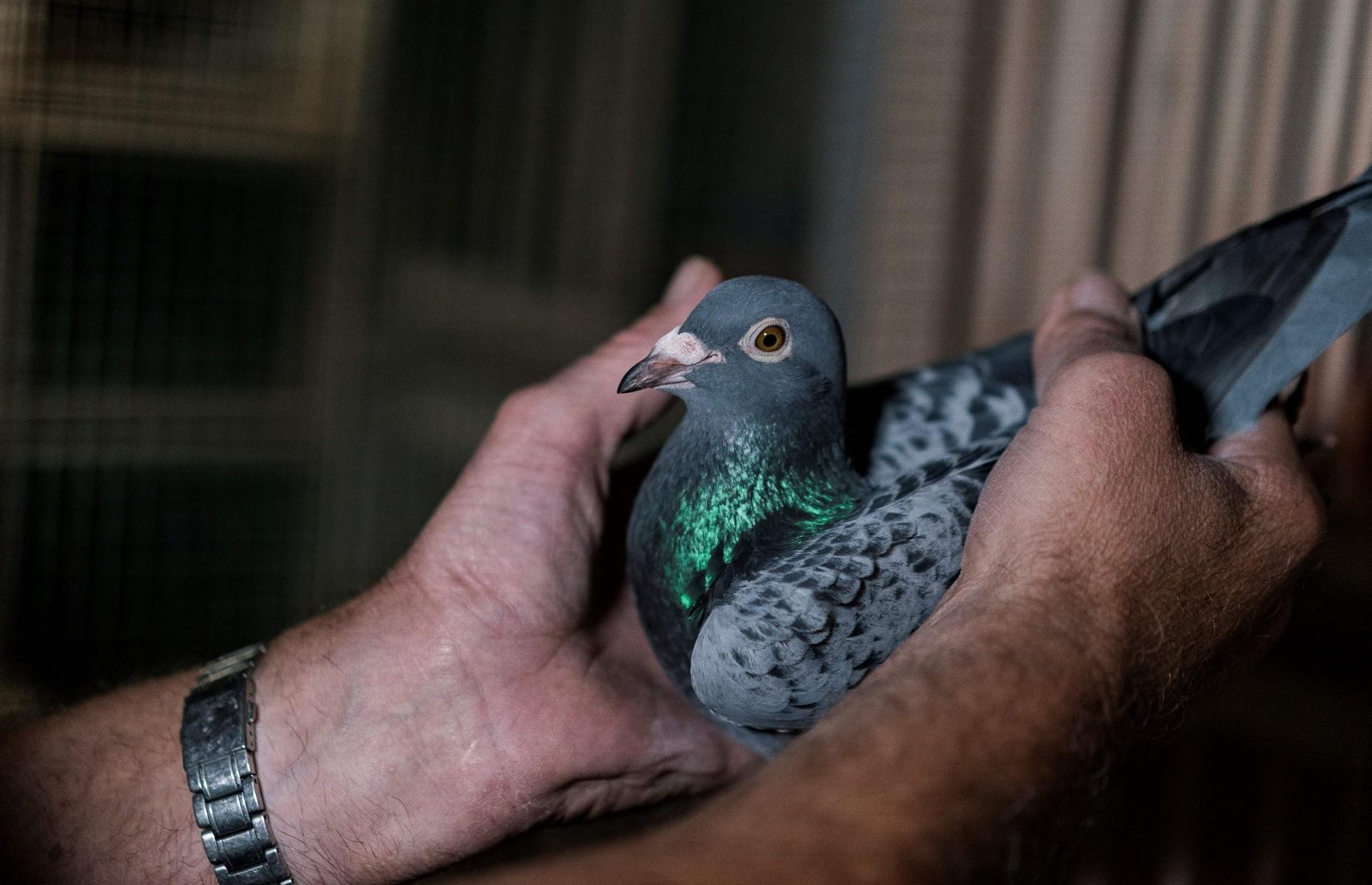 Armando, dubbed the Lewis Hamilton of pigeons, sold in 2019 for a record $1.4 million (£1m), almost six times as much as fellow racer Bolt. Armando, five, was thought to be the best long-distance racing pigeon of all time, but has now retired and is enjoying life as a father to many chicks.
Features 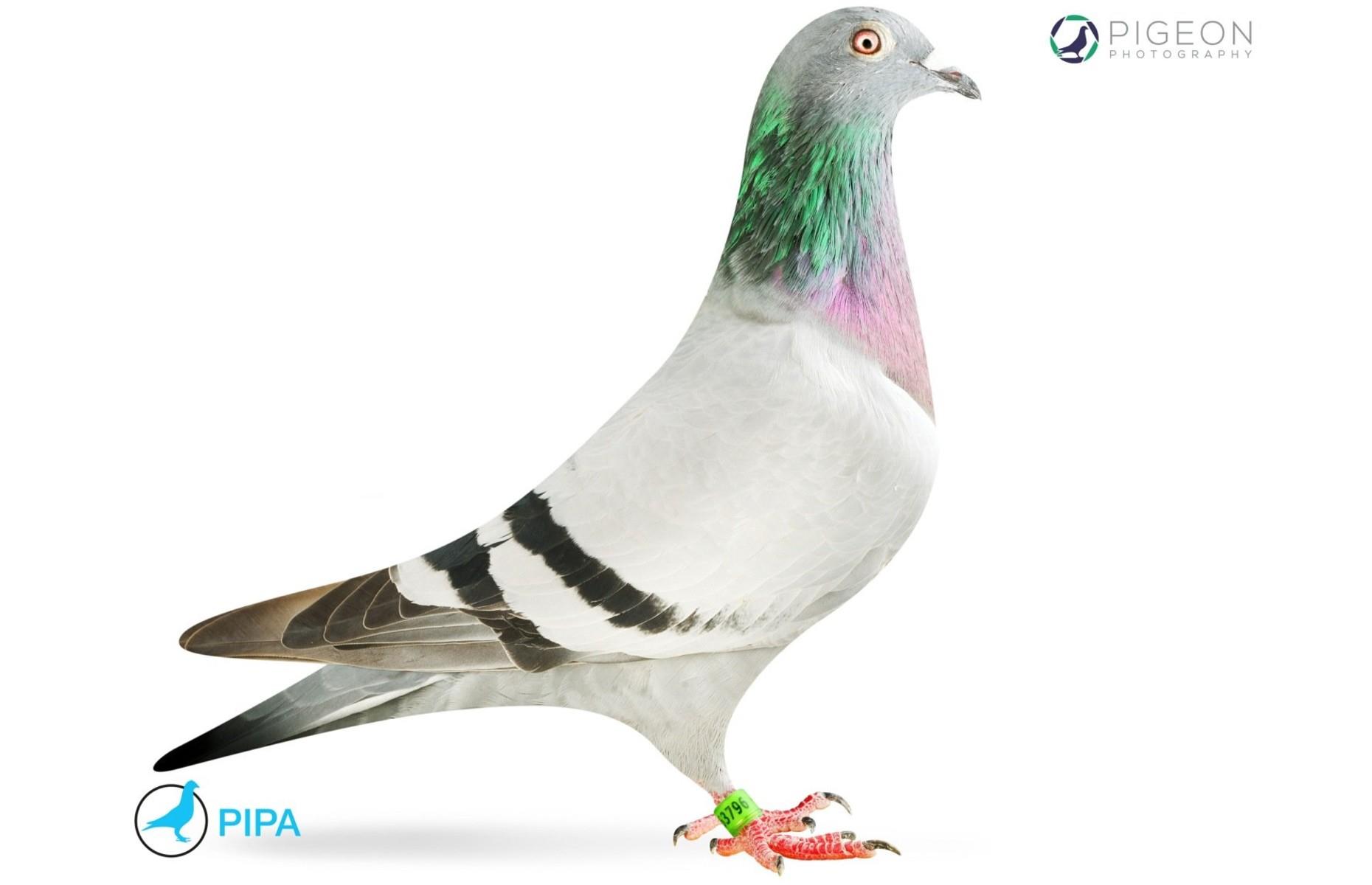 New Kim stole Armando’s title when she became the world’s priciest pigeon in November last year, selling to an anonymous Chinese bidder for an eye-watering €1.6 million ($1.9m/£1.4m). Part of the shock in New Kim’s price is that the starting bid was just €200 ($242/£175), as female birds are typically less valuable than males because they produce less offspring. New Kim only raced in 2018, and went on to retire early after being crowned “best young bird”.

A Tibetan Mastiff was only a year old when he became the world’s most expensive dog, selling for nearly $2 million (£1.2m) in 2014. Fascinated by the "lion’s blood" of the animal, a Chinese property developer coughed up 12 million yuan for the 200lb (90kg) puppy. The sum topped the former highest price ever paid for a dog of the same breed, which was an 11-month puppy named Big Splash, who sold for $1.5 million (£920k) in 2011. Tibetan mastiffs have become a symbol of wealth in China.

Now read: The most expensive dog breeds in the world

In 2008 Sheikh Hamdan, the crown prince of Dubai, bought a female camel for a stonking $2.7 million (£1.4m) at a camel beauty contest in the United Arab Emirates. The crown prince, who calls himself Fazza, is regularly seen in social media posts with a string of animals including horses, camels, falcons and even giraffes.
Features
16 of Courtesy orrionfarms.com
List View Gallery View Full screen

Colt El Rey Magnum was specially bred to have an extremely dipped, almost cartoon-like nose. Arabian horses are renowned for their dished faces and the Washington breeding farm where El Rey Magnum was born, Orrion Farms, claims he is "close to perfection" and already worth several million dollars due to his looks. The stallion is currently being used to sire exceptionally valuable foals.
Features
17 of John Michael Vosloo/Shutterstock
List View Gallery View Full screen

South African bull Horizon is the world’s most expensive buffalo thanks to his almost five-foot-wide horn span. He was valued at $11 million (£7.9m) in 2016 when a businessman paid $2.75 million (£2m) for a 25% share in the animal. Game reserve owners offer buffalo to attract tourists, as they are considered one of Africa’s ‘big five’. Horizon’s offspring sell for over $150,000 (£108k) each.
Features
18 of @Jakeandsonny/YouTube
List View Gallery View Full screen

Not a chimp but a thoroughbred racehorse, Green Monkey was sold at a 2006 auction for a hefty $16 million (£9.1m). Despite his over-sized price tag, he retired from racing having only earned $10,440 (£7.6k). Green Monkey also sired some major names in horse racing, before being put down in 2018 aged 14.
Features
19 of TIM SLOAN/AFP/Getty Images
List View Gallery View Full screen

Now read: The world's animals who have earned a fortune