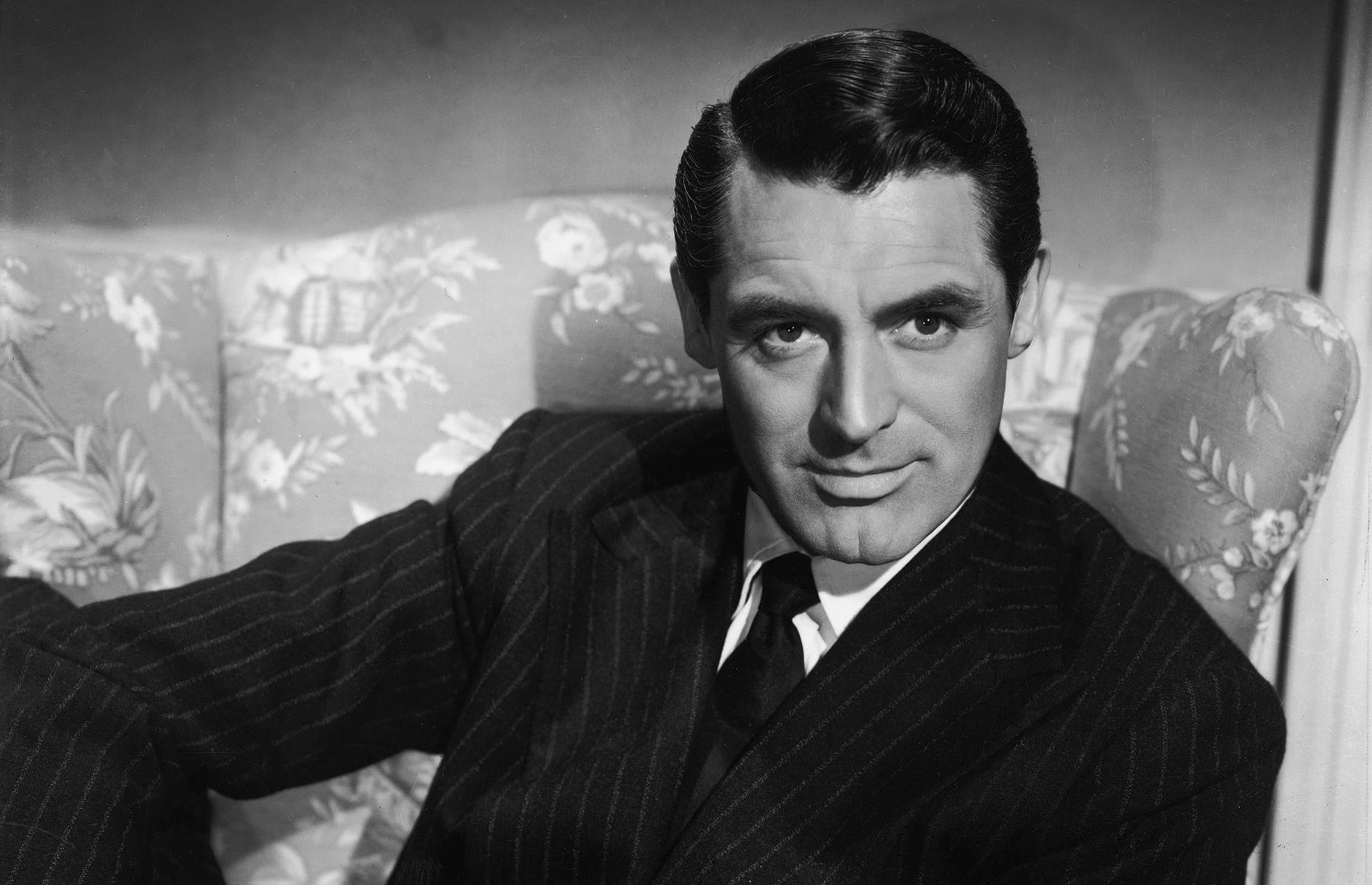 Super-rich cheapskates who won't part with their cash

As these rich and famous people go to show, having lots of money doesn't make you inclined to spend it. From the wealthiest man in the world who refused to pay off his grandson’s ransom, to infamously miserly stars of stage and screen, read on to meet some of the stingiest super-rich people of all time. All dollar values in US dollars.
Features 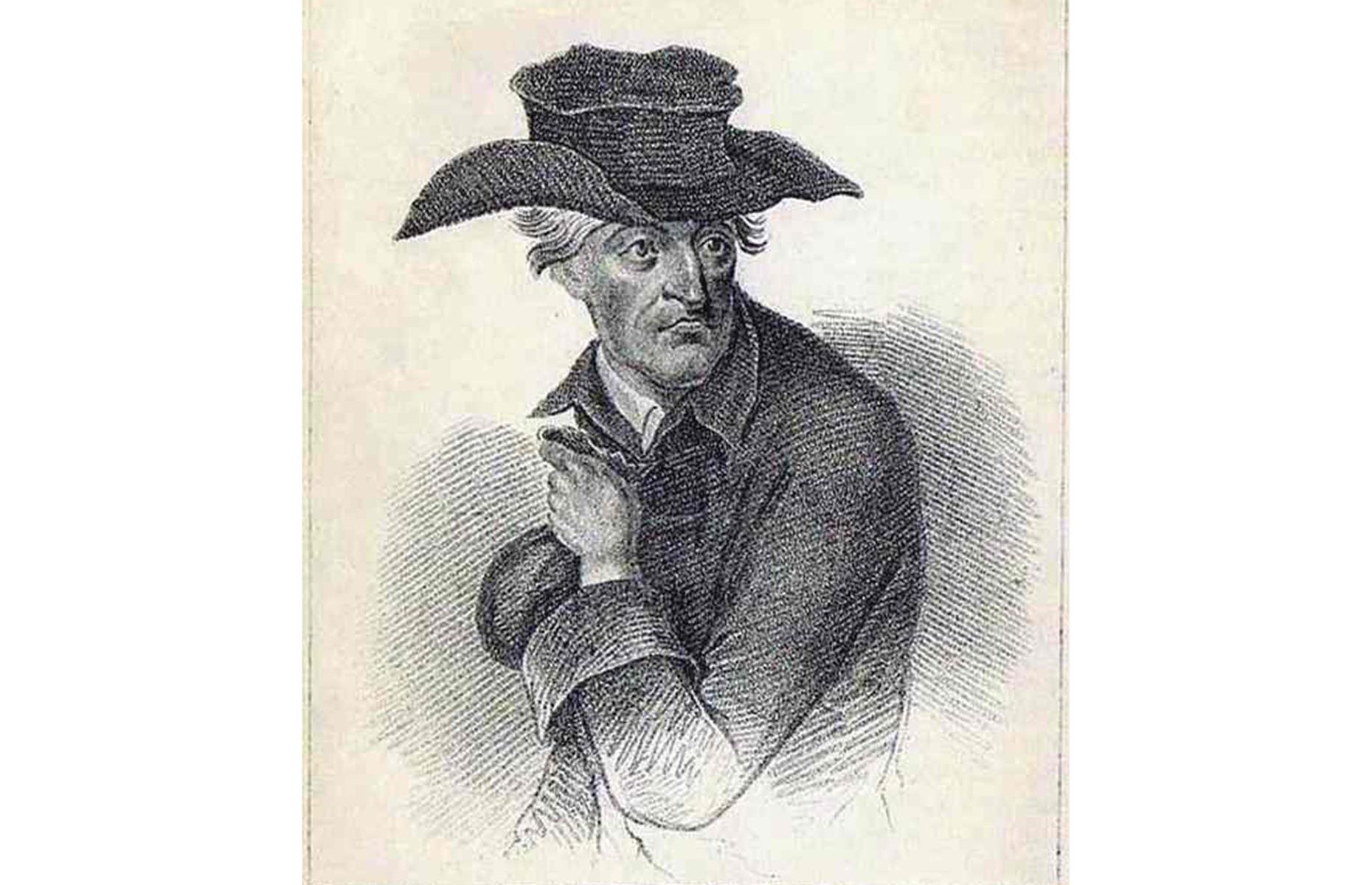 He might have been born more than 300 years ago, but this miserly man makes today's stingy super-rich people pale in comparison. Born in England in 1716 to a wealthy agricultural family, Daniel Dancer took care of their 80 acres of meadow and farm land after his father's death in 1735. Upon his death, Dancer's total wealth was £10,000, which amounts to £1.6 billion ($2.2bn) today. Yet he scrimped on costs by eating cooked old bones and hard-boiled dumplings, and he rarely washed, never using soap. 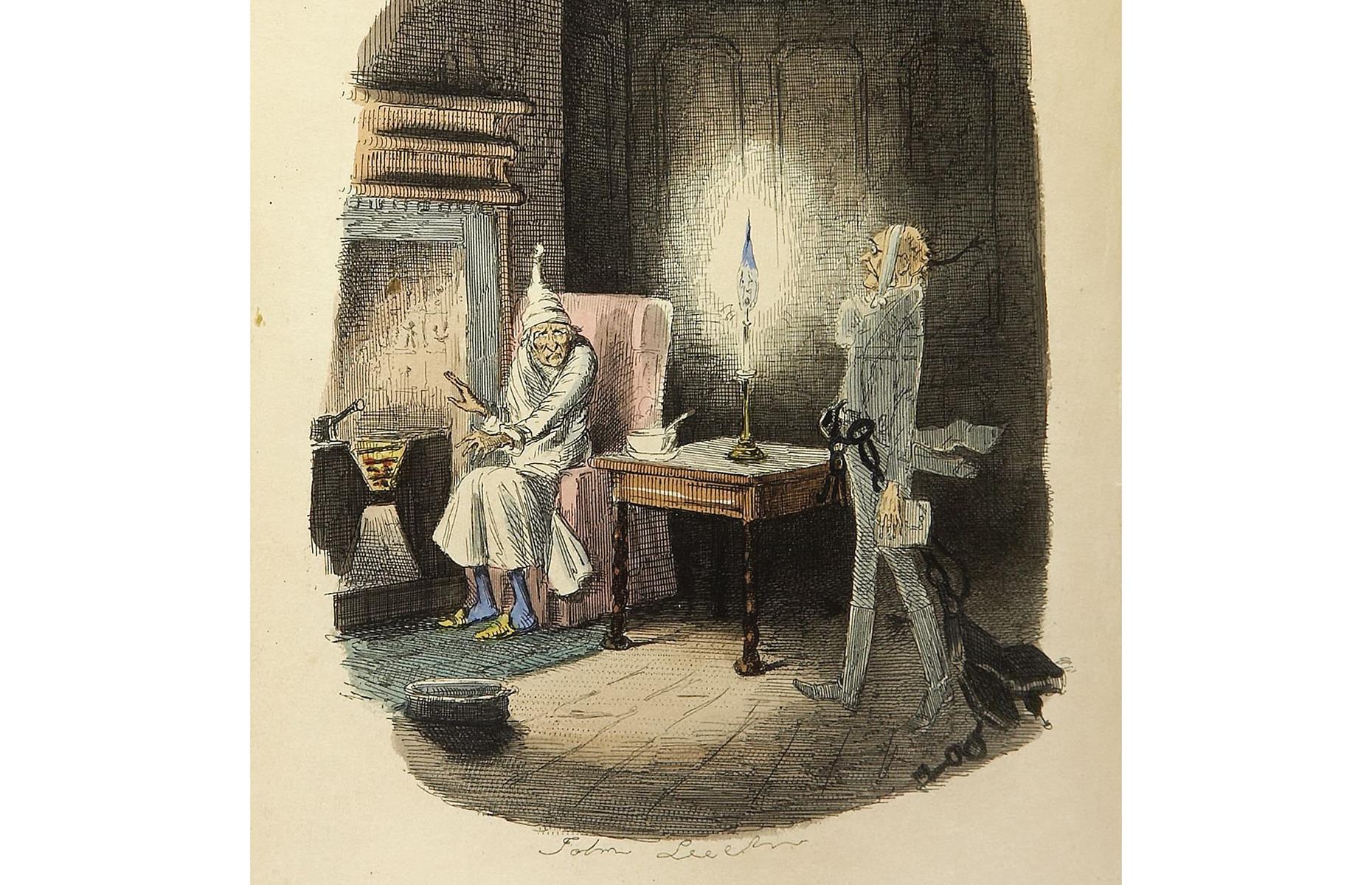 Allegedly, he refused to call for a doctor when his sister was very ill because he didn't want to pay, and as a result she died in 1766. After her death, Dancer ended up with £1,040 of her £2,000 fortune –  his share around £185,000 ($258k) in today's money – yet his wealth made him paranoid and he began hiding money about his house, even locking his bedroom door and entering through the window. It's speculated that he partially inspired the churlish character of Ebenezer Scrooge (pictured) in Charles Dickens' A Christmas Carol. 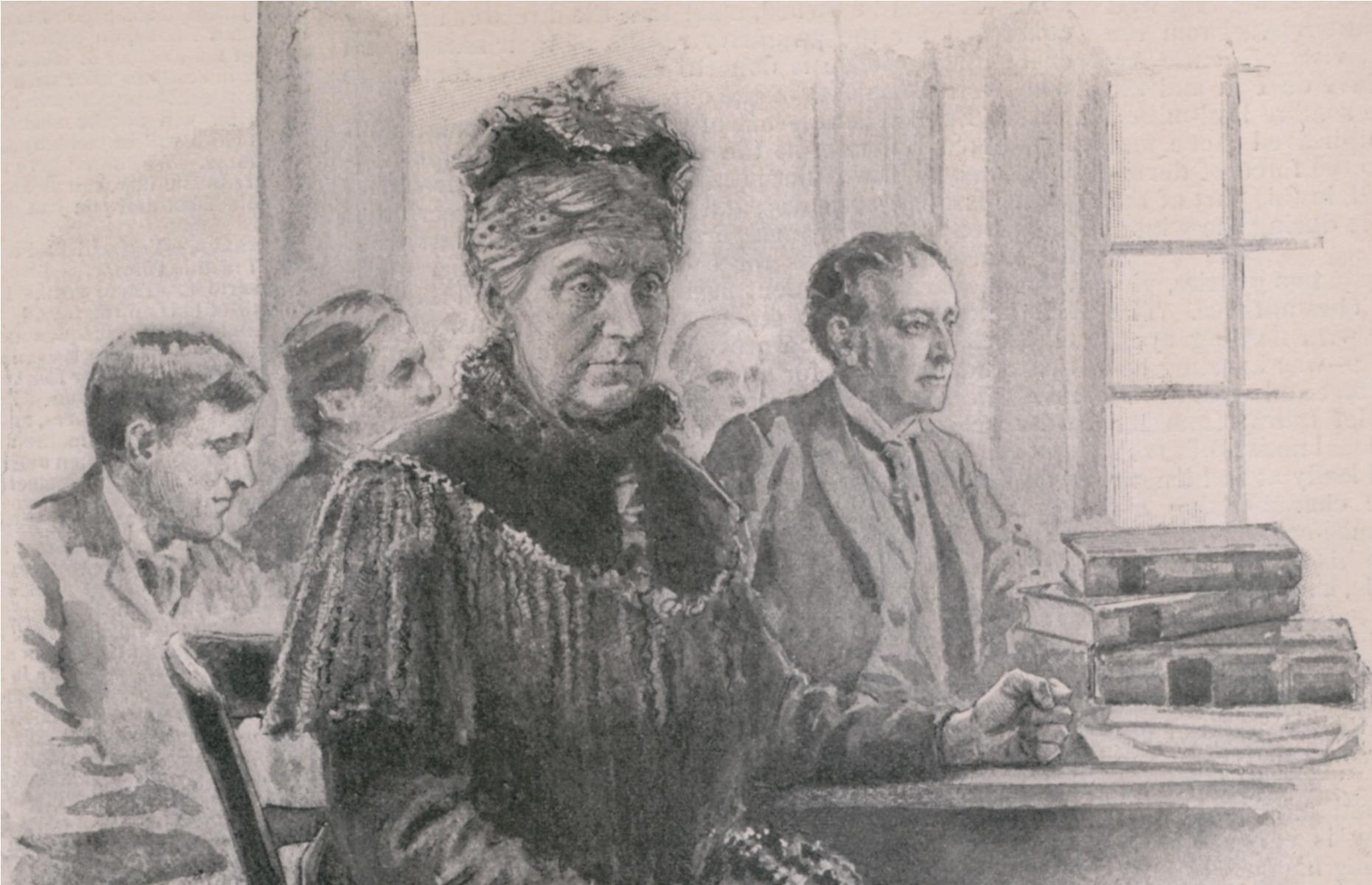 Known as the "Witch of Wall Street", businesswoman Hetty Green was estimated to be worth between $100 million and $200 million at the time, yet was known for her mean-spirited attitude. In 1864, when her father passed away, Green was left with a $7.5 million fortune – the equivalent of $122 million (£95.6m) today – which she used to make real estate and railroad deals. She married Edward Henry Green, although not before she'd made him sign a pre-nup agreeing that they'd keep their money separate. When he squandered her money on luxuries, Hetty left him. 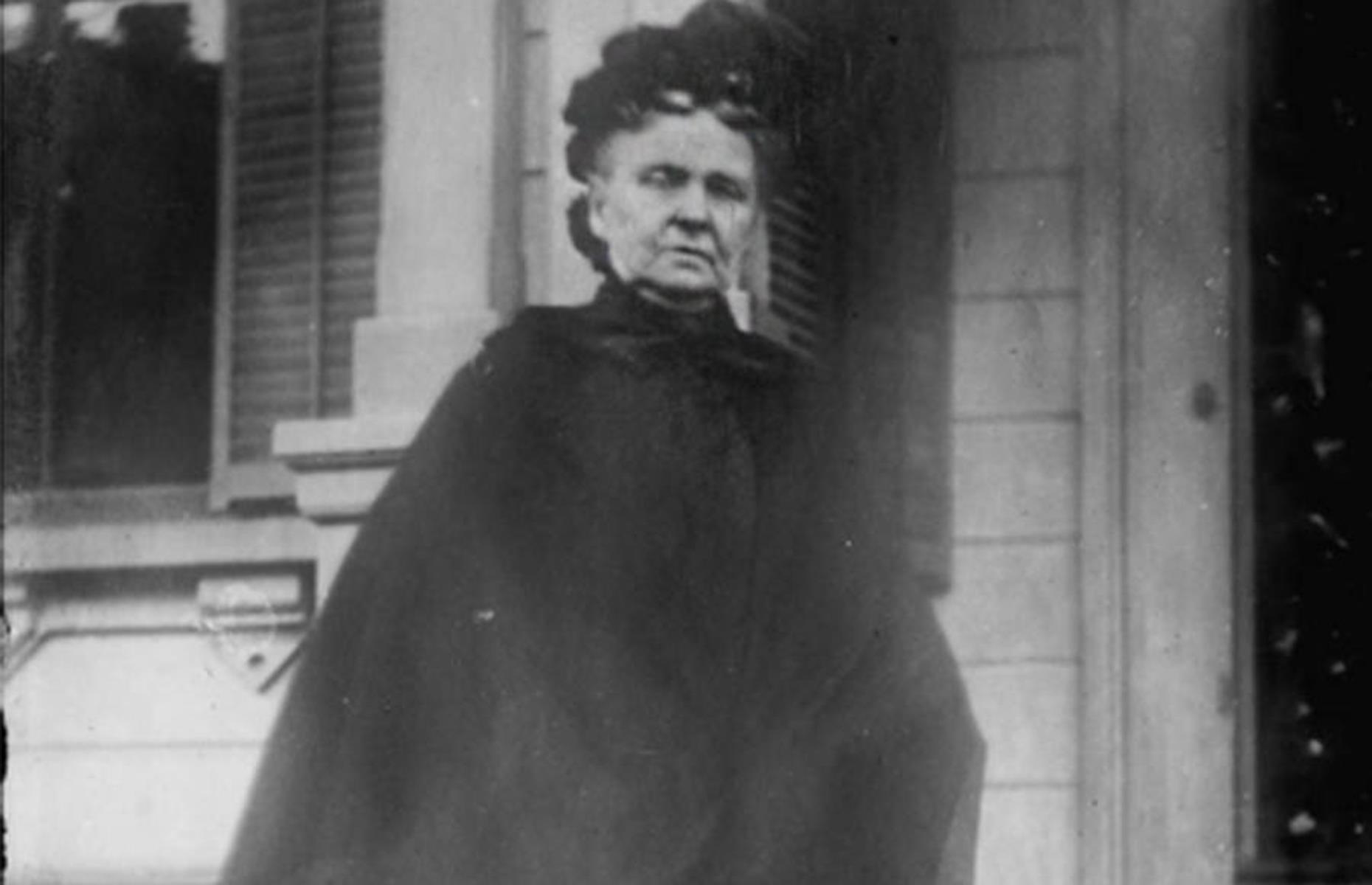 Her miserly ways became the stuff of legend. Paranoid about her fortune being taken away, she would sleep with a chain of bank deposit keys tied to her waist and a gun tied to her hand. Allegedly, she even tried to treat herself for a hernia by jamming a stick in her abdomen, refusing to pay the cost of going to hospital, and when her son had injured his leg she tried to take him to a charity hospital for the poor – only to be turned away when staff recognised her.
Features

Wellington Burt was a lumber baron and one of the richest men in the early 1900s, but that doesn't mean he was generous. Born in 1831 in Michigan, he built his timber business during the "Green Gold Rush", a time when the industry was burgeoning. He also made a fortune from investments in the salt industry, in railroads and in iron mines. Yet despite being loaded he was estranged from his family, and made his anger clear through the measly inheritance he left them.
Features 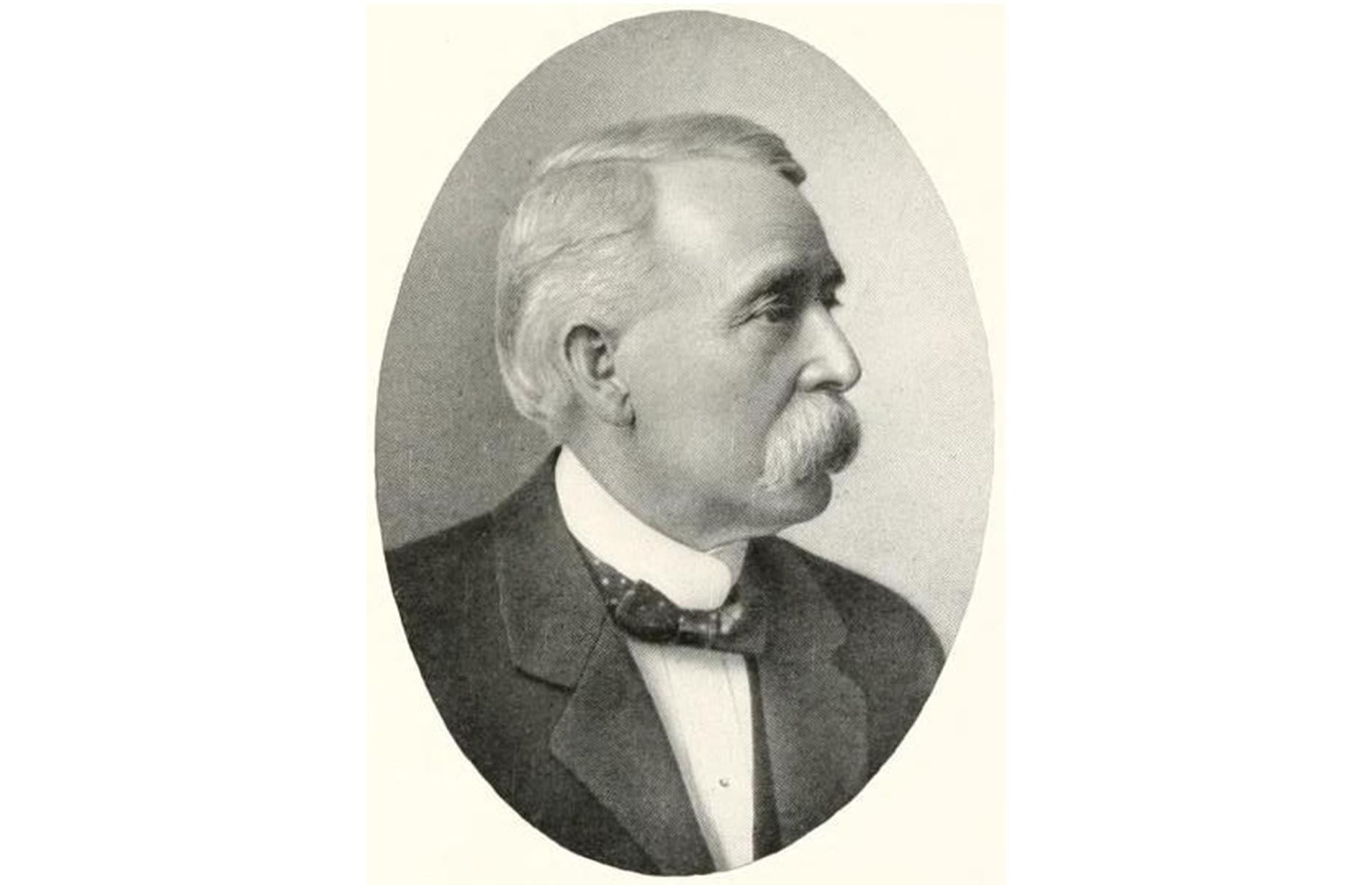 The last ruling monarch of the Hyderabad State in India, Sir Osman Ali Khan was once the richest man in the world with an estimated $2 billion net worth in 1937, or $38 billion (£27.3bn) today. During his rule, he earned a reputation for his eccentric habits, splurging millions on luxury jewellery and diamonds yet refusing to pay 35 rupees for a new blanket when his was threadbare.
Features

The cheapskate monarch allegedly lived in the same patched-up clothes for months on end, and scrounged cigarettes from guests, as well as saving up the discarded butts to smoke them. Becoming worried about the security of his many treasures, he hid gems, pearls and gold coins within lorries in an underground vault, planning to leave the state with the bounty if he was under threat. He once donated trunks full of gold coins to the National Defence Fund of India, yet demanded that he get the trunks back afterwards. 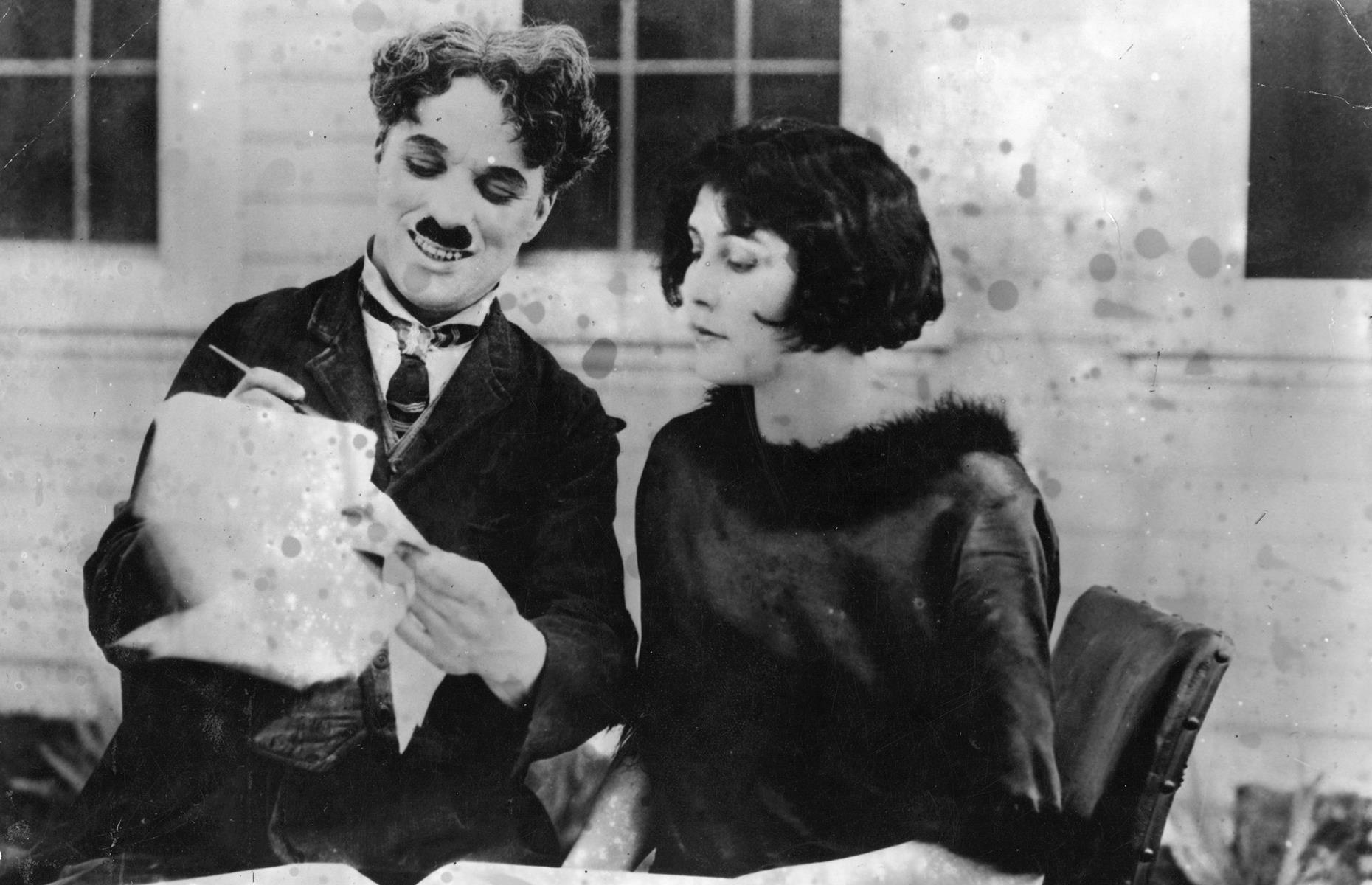 The iconic silent film star who made his name through a character named Charlie the Tramp, Chaplin’s penny-pinching ways extended beyond the big screen, perhaps as a result of his poverty-stricken childhood. Despite earning $10,000 a week in 1916 – the equivalent of $251,000 (£180k) a week today – the star was mean with his money, with fellow actor Marlon Brando calling him “an egotistical tyrant and a penny-pincher”.
Features 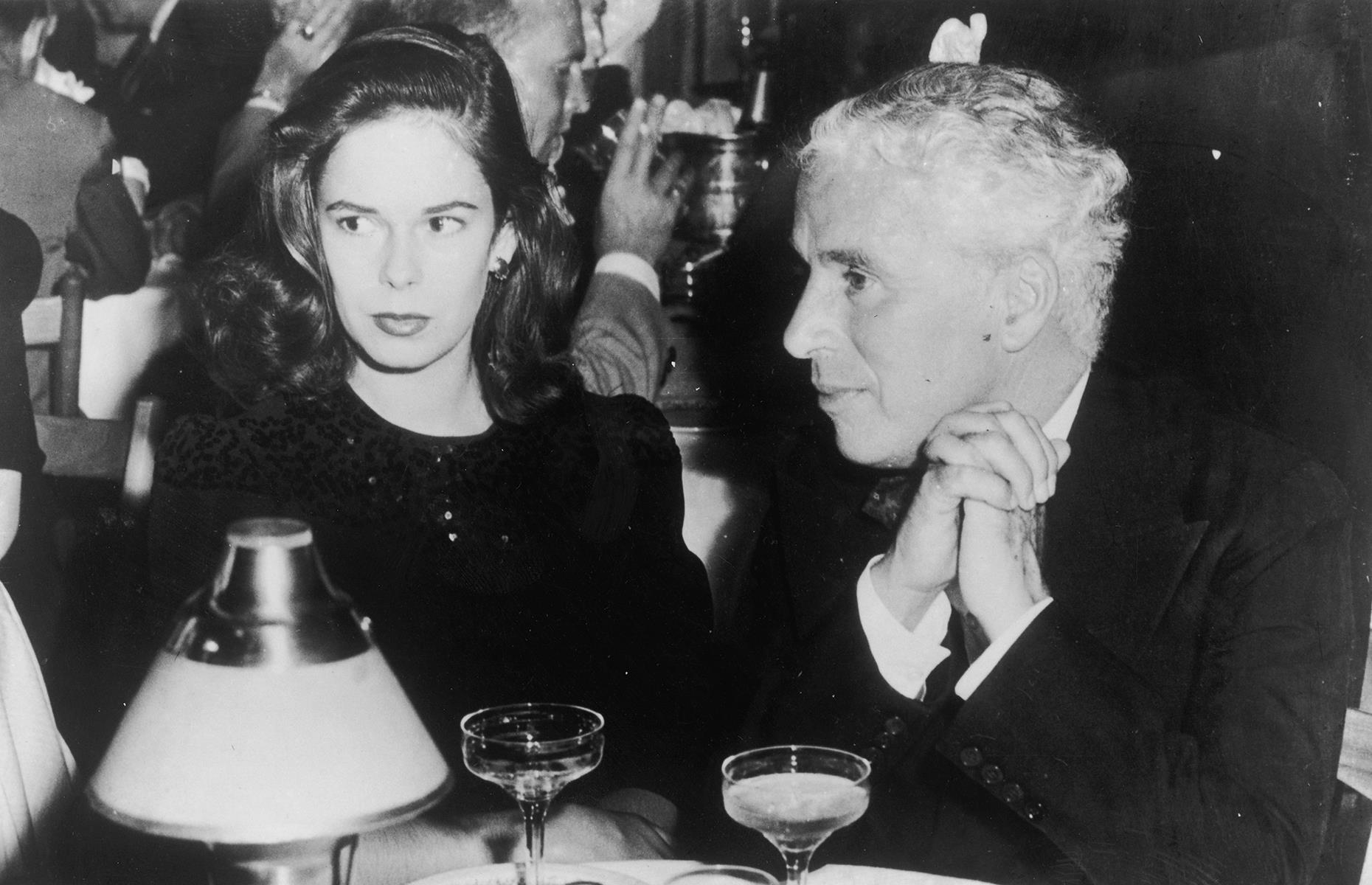 Allegedly, when Chaplin went out for dinner with friends, he’d rarely bring cash and would never foot the whole bill. And it wasn't just small things that the star tried to avoid paying for. Chaplin borrowed movie-set carpenters to construct his Beverly Hills home to save money on the cost of building. Although it came back to bite him as the house started to fall apart, becoming known as the “Breakaway House”. 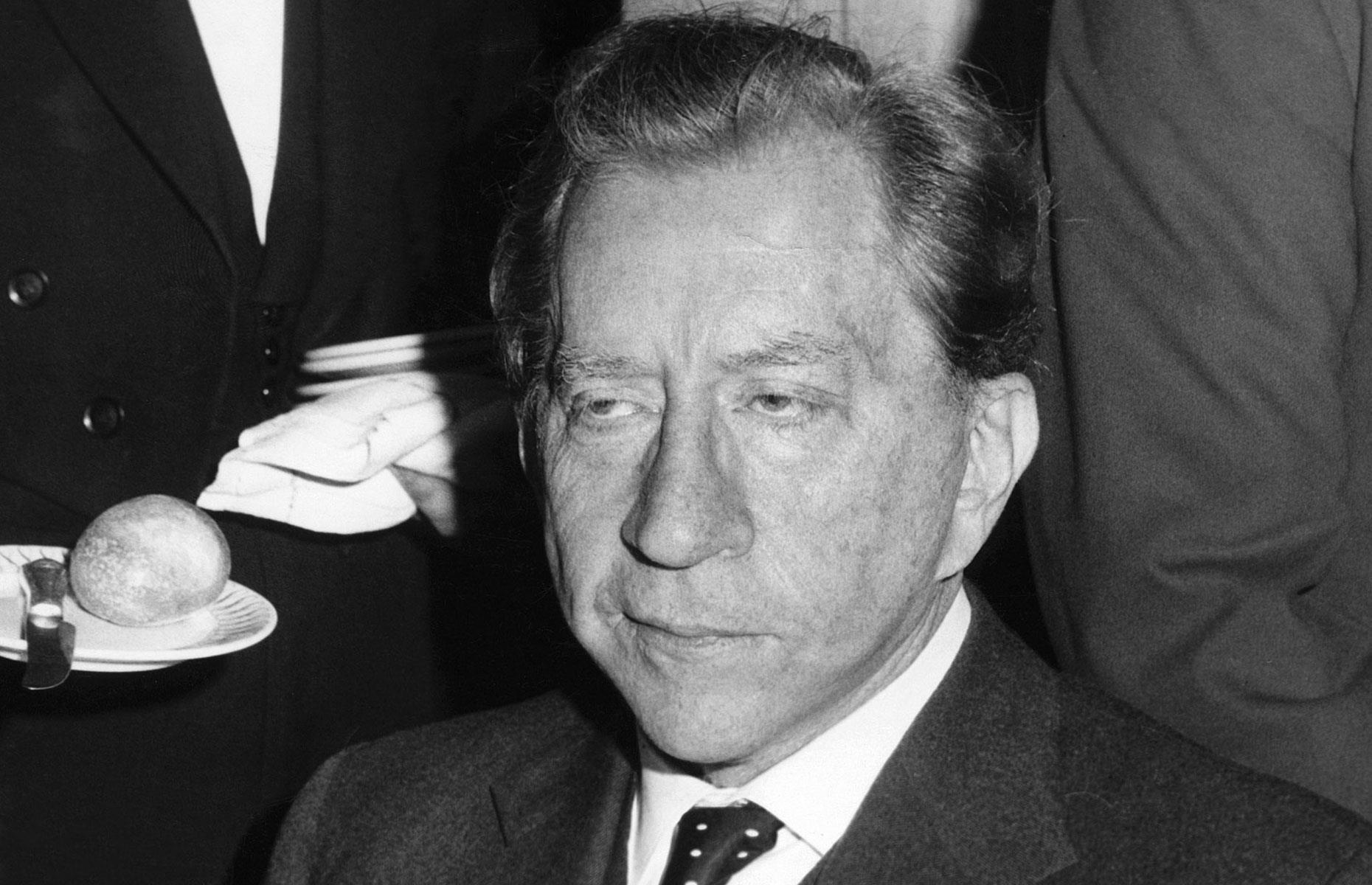 Despite being the richest man in the world in his lifetime, J. Paul Getty was a pretty stingy guy. Born in 1892, Getty took the reins of his father's oil business in 1930 and turned it into a billion-dollar outfit. Yet he was renowned for his miserly ways – he allegedly installed a payphone in his mansion because he was too tight-fisted to let guests rack up his phone bill. But his meanest moment came in 1973 when his grandson was kidnapped...
Features 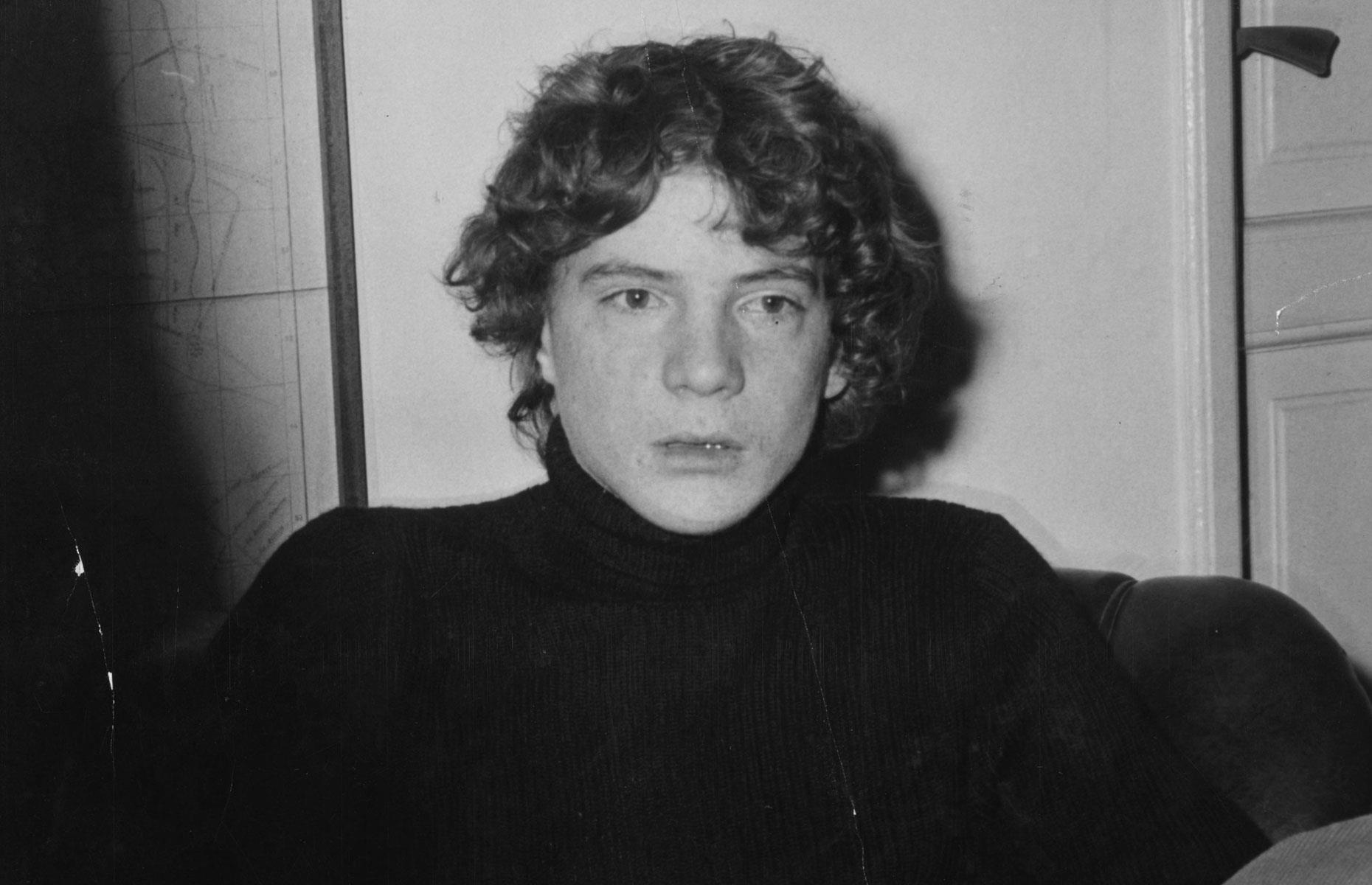 The billionaire's grandson, John Paul Getty III (pictured), was snatched in Rome by a gang who demanded that Getty pay a $17 million ransom – that's $98 million (£76.8m) today – for his safe return. Given Getty's great wealth, the demand should have been pocket change to him, but the tycoon refused, saying “I have 14 grandchildren, and if I pay a penny of ransom, I’ll have 14 kidnapped grandchildren”. The 16-year-old boy was held hostage for three months. When gang members sliced off his ear, Getty finally agreed to part with $3 million, which is $17 million (£13.3m) in today's money, as that was the highest amount that would be tax-deductible, and loaned the rest to his grandson who on his release had to pay it back with 4% interest.

J. Paul Getty's incredible life with all the money in the world 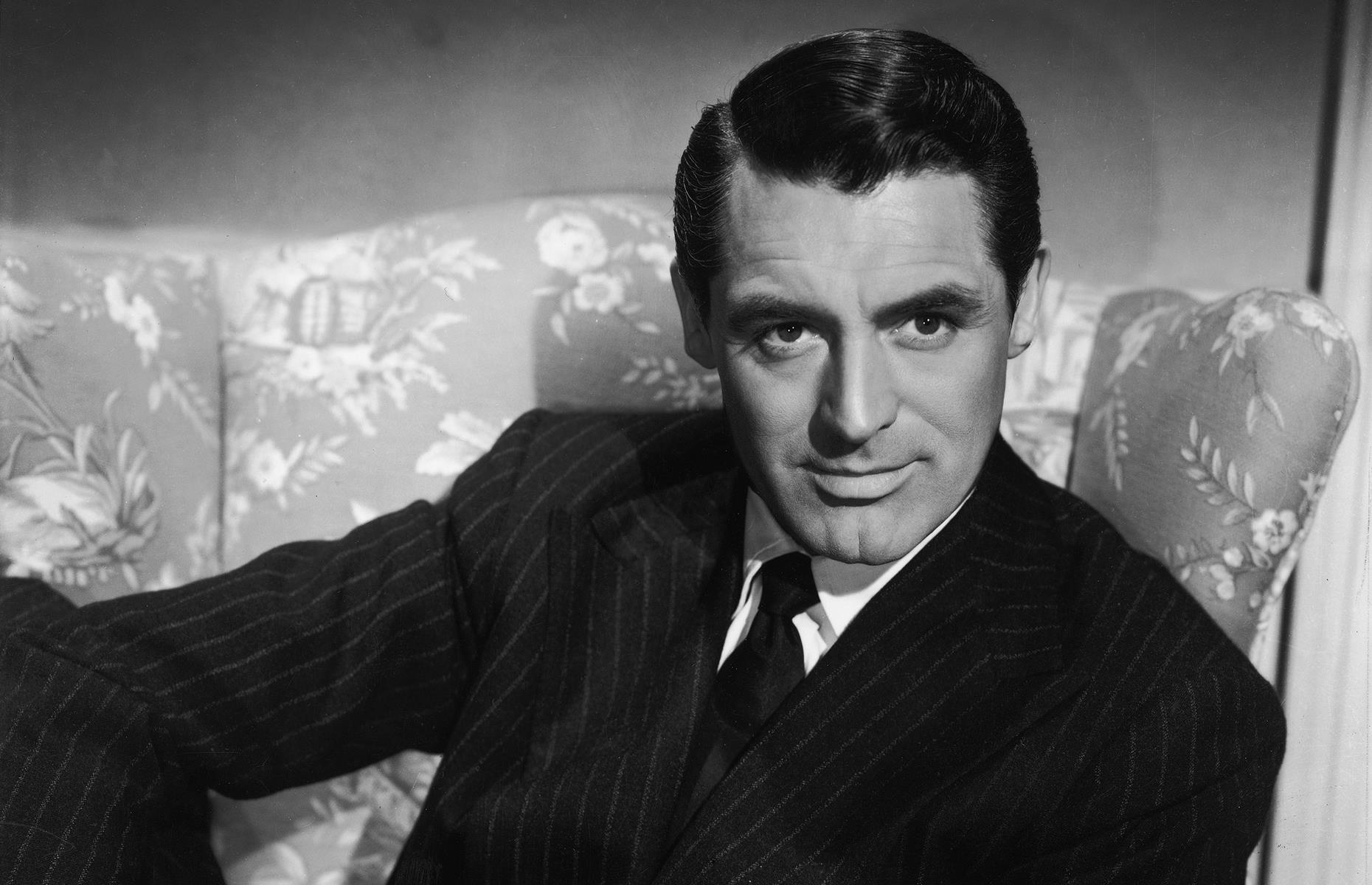 Cary Grant may have been one of the wealthiest actors of his time, but it turns out he was a cheapskate. The multi-millionaire was worth an estimated $60 million at the time of his death in 1986, which works out at around $150 million (£108m) today, but he was far from generous with his money. 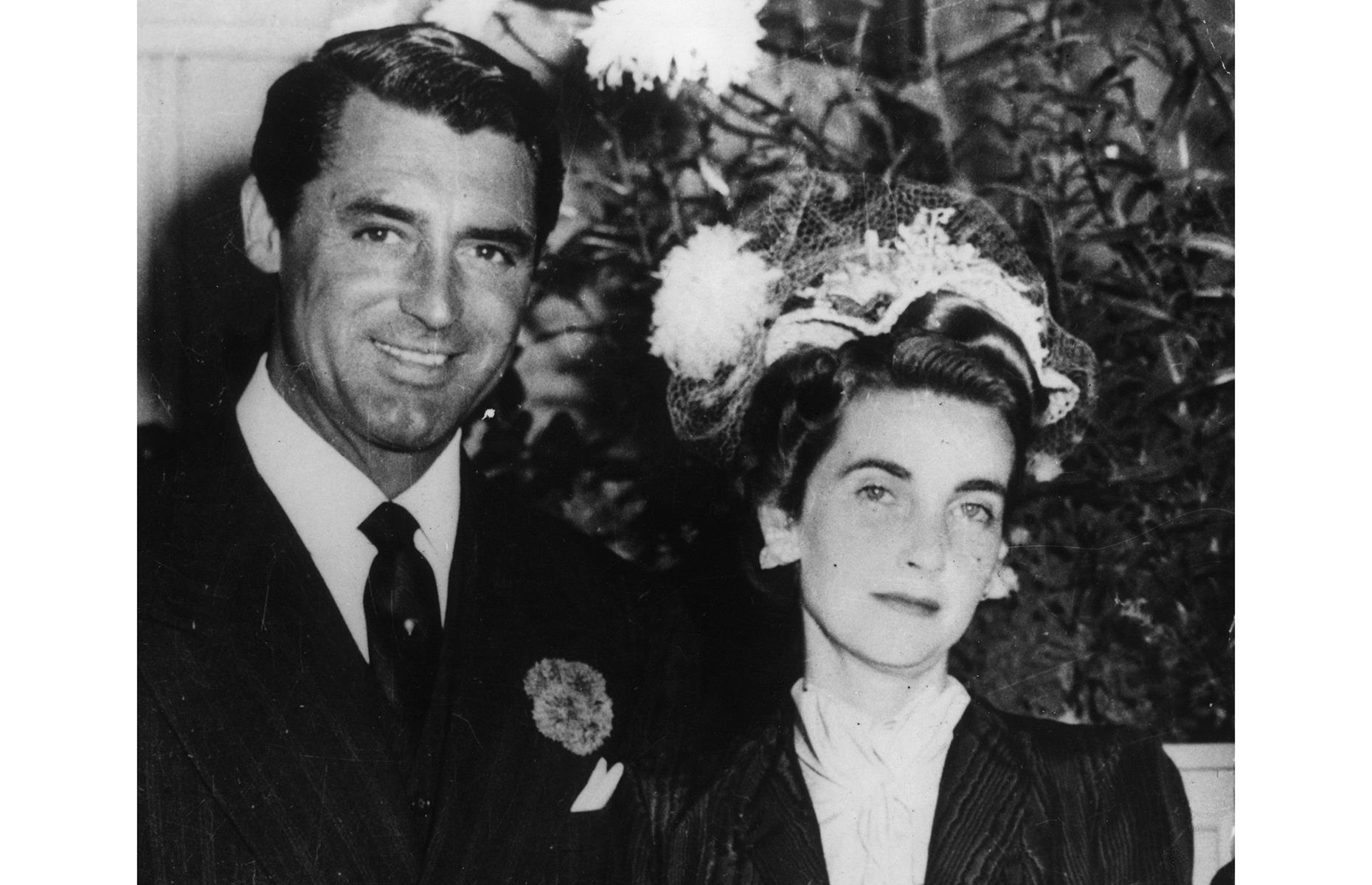 In something reminiscent from student halls, Grant is said to have marked his milk bottles to see if any of his servants had taken a sip. Not only that but he billed his house guests for their laundry and even charged 25 cents for autographs. When he married billionaire Woolworth’s heiress Barbara Hutton (pictured), the pair were nicknamed “Cash n’ Cary” by the press, though her extravagant spending habits weren't shared by him. 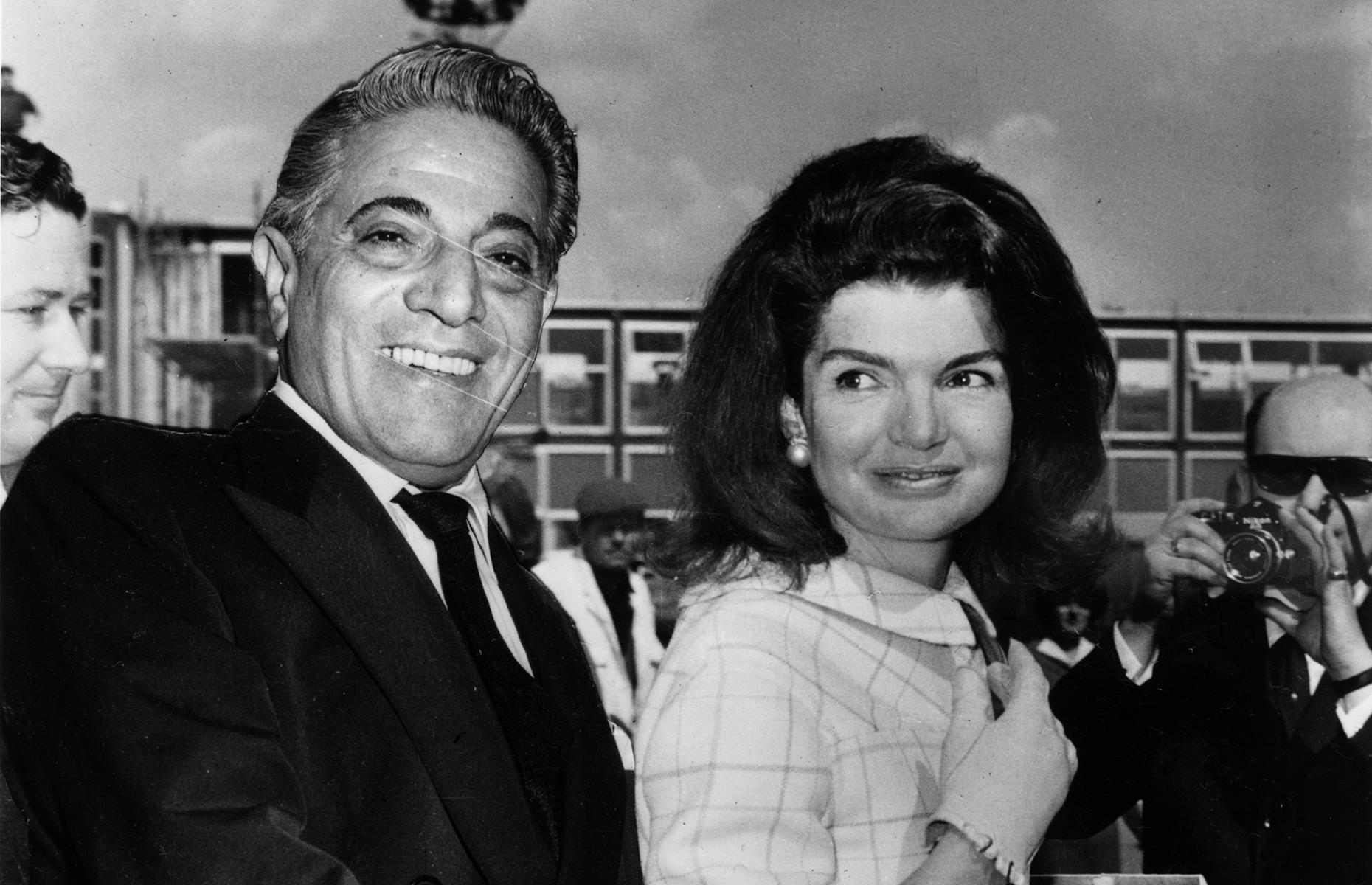 A shipping magnate who controlled the world’s largest privately-owned shipping fleet, Aristotle Onassis was worth $500 million when he died in 1975, which works out as $2.5 billion (£1.8bn) in today’s money. He was married to JF Kennedy’s widow Jackie Kennedy – making him the second stingy husband for Kennedy as her former husband had allegedly clashed with her over money and shopping bills. 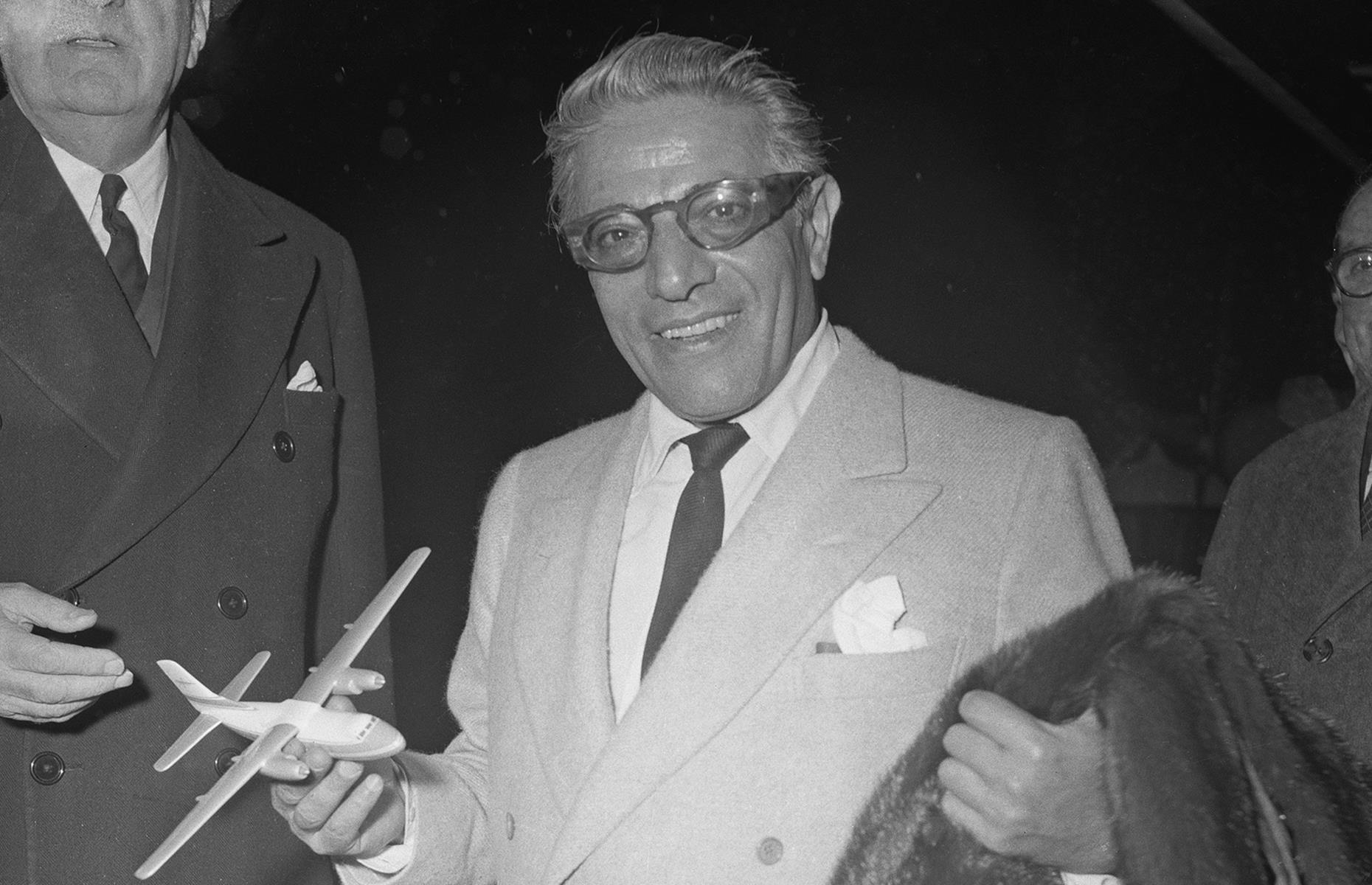 The businessman didn’t like to part with his money and went to absurd penny-pinching lengths, including refusing to wear a coat when he went out to avoid cloakroom charges, and digging up old spaghetti from the rubbish to demand why it had been wasted.
Features 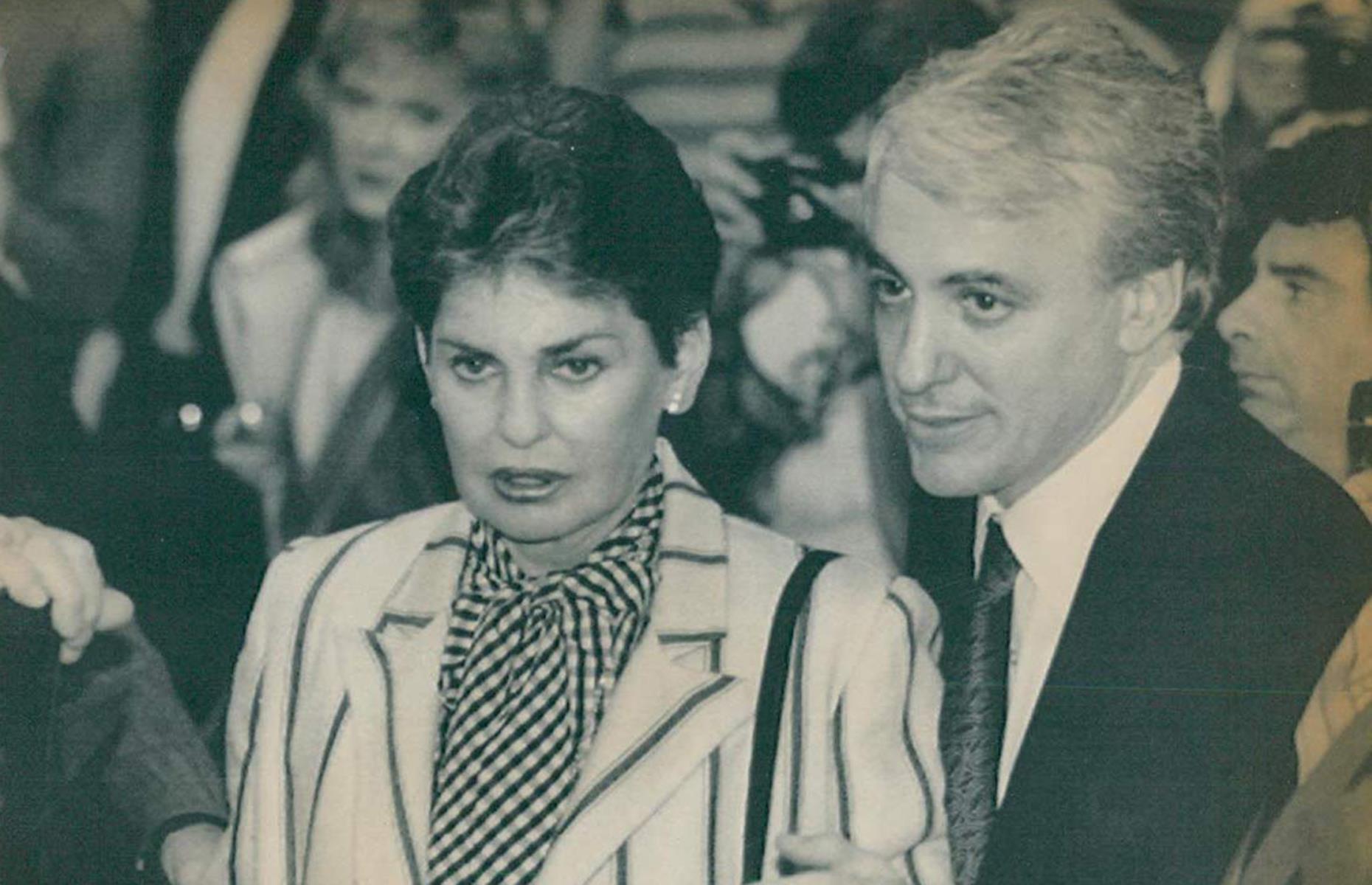 Real estate mogul Leona Helmsley earned herself the title "Queen of Mean" through her penny-pinching attitude and reluctance to pay employees. Born in 1920, Helmsley made her name as a real estate developer before marrying Harry Helmsley, helping him take the Helmsley Hotel business to a valuation of $5 billion (£3.94bn). But she was hated by employees: she once refused to pay a builder $88,000 (£32k) in fees, and repeatedly held back payments from contractors, despite spending a fortune on luxuries for herself. 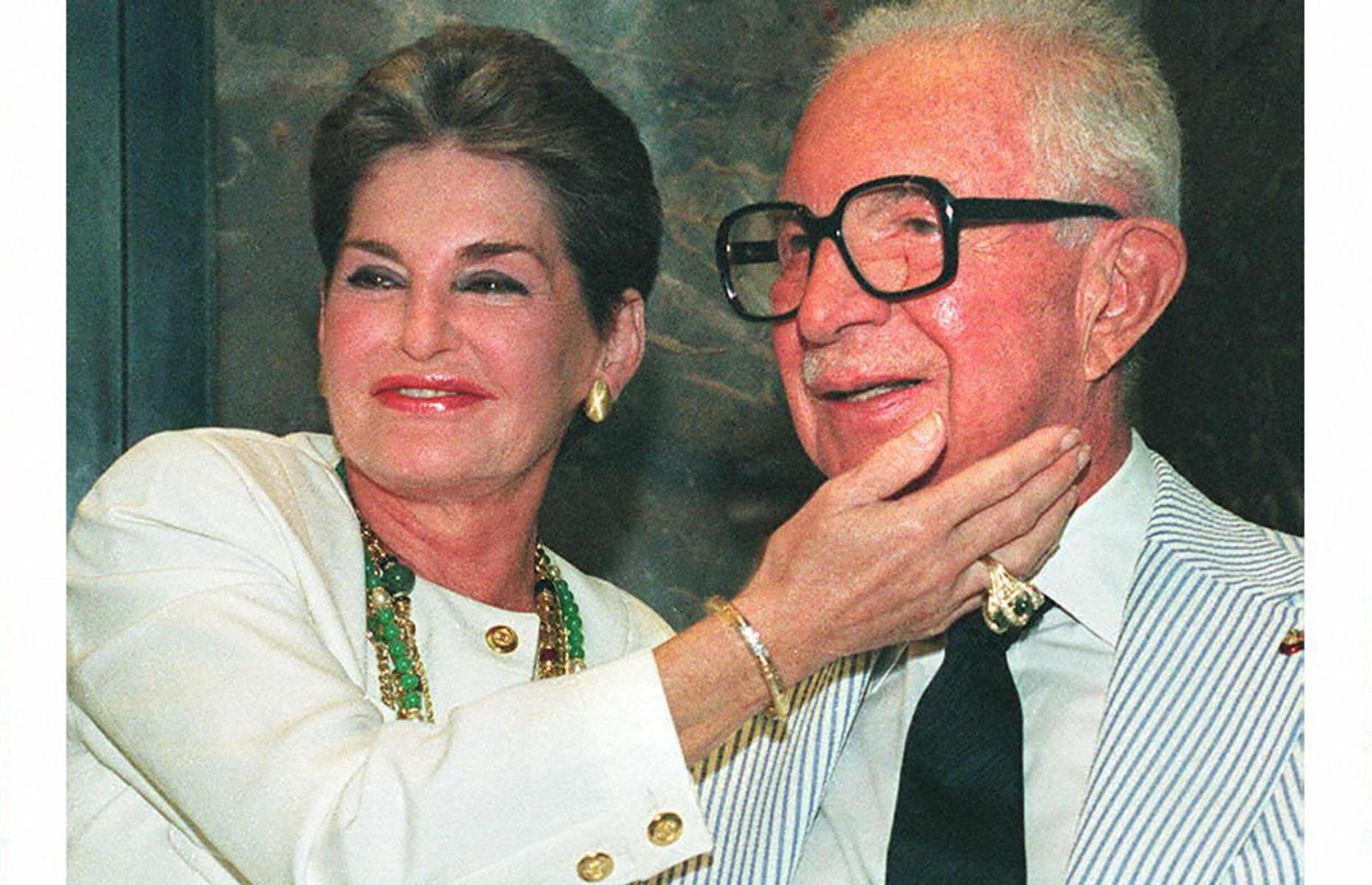 She also thought she was above paying taxes – once saying to her housekeeper: "We don't pay taxes... only the little people pay taxes". Yet this attitude eventually caught up on her, when it came to light that the couple had used $4 million (£3.15m) of company funds to renovate their own house. Helmsley was given a four-year prison sentence in 1989, while her husband, who had fallen ill with a series of strokes and suffered memory loss, was not made to take part in the trial. 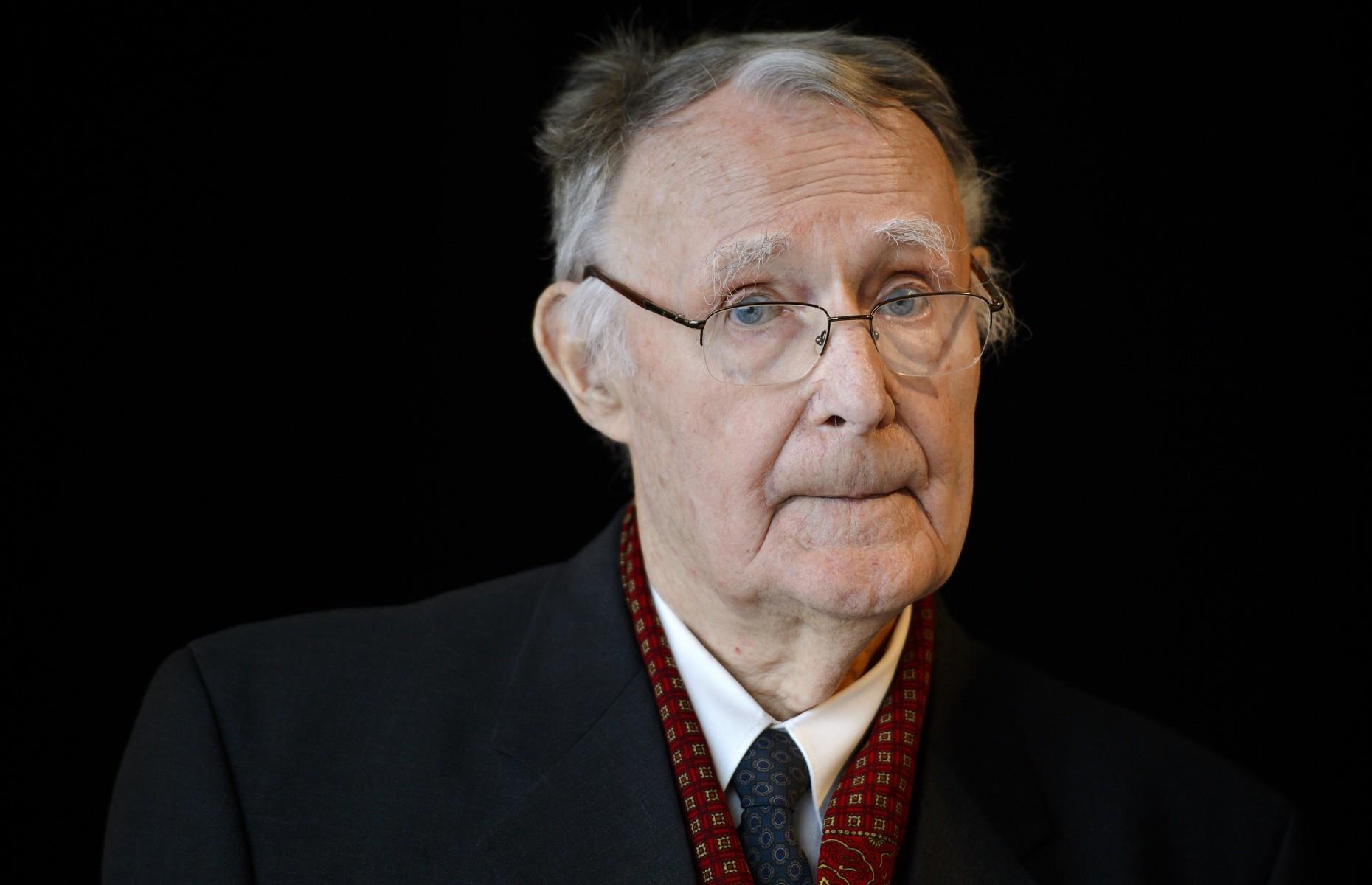 Ingvar Kamprad revolutionised the world of furniture shopping when he founded IKEA back in 1943, and the Swedish brand’s affordability likely stems from the late business magnate’s own frugal habits. Kamprad’s stingy mentality is at the core of the IKEA business model in fact, and in 1976 a pamphlet of guidelines published by the then-CEO included the line: “wasting resources is a mortal sin at IKEA”.
Features 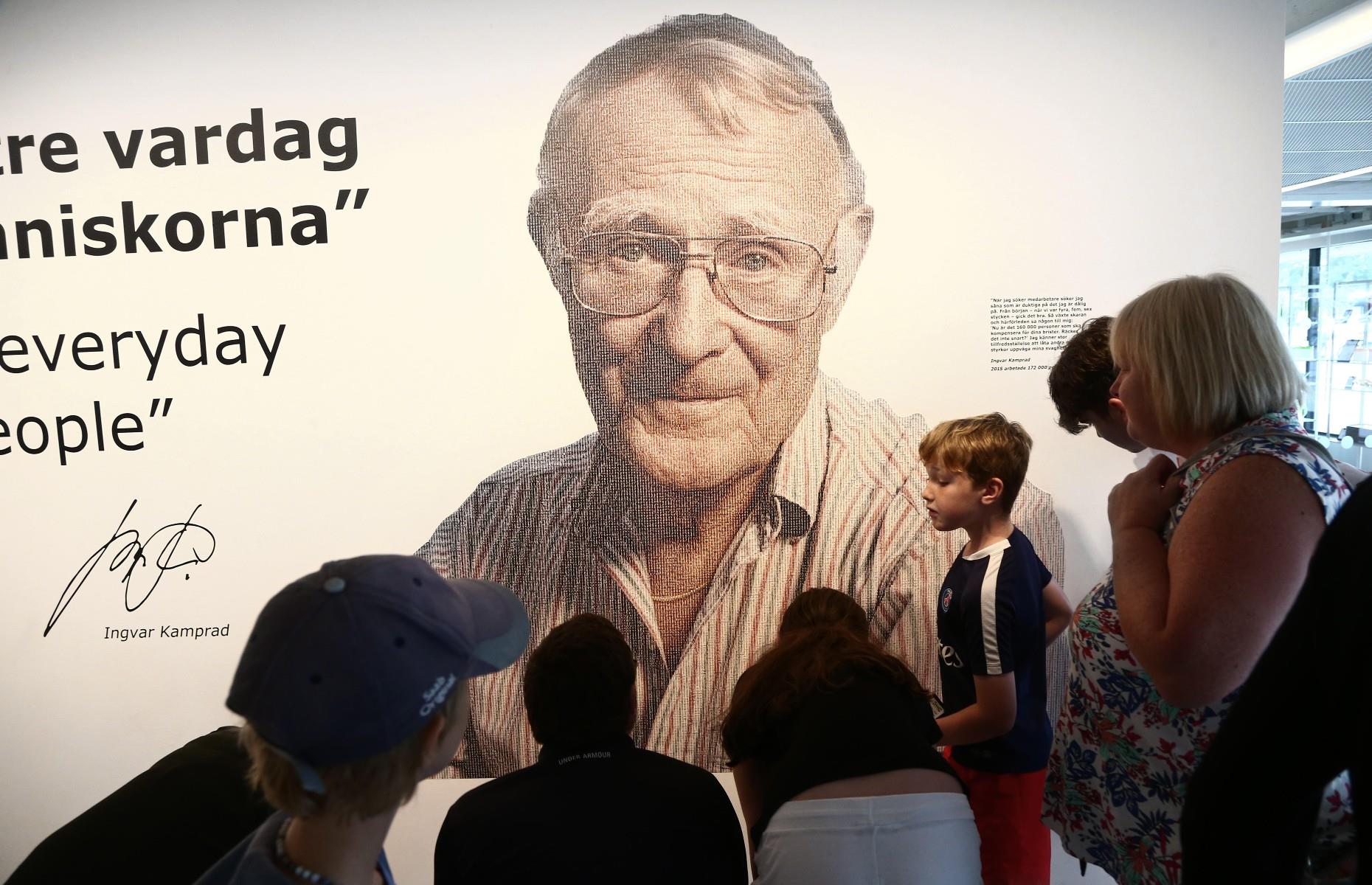 In 2015 Ingvar Kamprad and his family were estimated to have a fortune of around $3.5 billion (£2.3bn), but the family auto – a 1993 Volvo 240 GL – was by no means a car typically favoured by the world’s wealthiest. The vehicle stayed in the family for around 20 years before it became unfit for the road. When it came to his personal styling Kamprad was also on a tight budget, preferring to buy his clothes at flea markets and visit the barbers when he was in developing countries, according to a report by The Guardian, because of the lower cost. Unsurprisingly you wouldn’t have found Kamprad travelling abroad in first class, as the mega-rich magnate always opted to travel economy.

Now meet the world's most eccentric super-rich people ever