The Sultan of Brunei

Few heads of state are as extravagant, all-powerful and wealthy as the Sultan of Brunei – or to give him his full name, Sultan Haji Hassanal Bolkiah Mu'izzaddin Waddaulah. Reigning over a country rich in natural resources such as oil and gas, the Sultan has also amassed a dizzying array of titles, properties and other luxury items. Here we profile the life of one of the most lofty and majestic of rulers on the world stage.

Born on 15 July 1946 in modern-day Bandar Seri Begawan – the capital city of the country (pictured) – the young child was given the title of Crown Prince Hassanal Bolkiah. He entered the family of a 600 year-old dynasty of rulers, of which he was soon to be leader.
Features
2 of Chris Dorney/Shutterstock
List View Gallery View Full screen

The future leader was educated in Kuala Lumpur, Malaysia, at The Victoria Institution – an all-boys secondary school. Named after the English monarch to commemorate her golden jubilee in 1863, it is thought to be one of the most prestigious secondary schools in the region.
Features
3 of Albert Nieboer/DPA/PA Images
List View Gallery View Full screen

The Sultan's chosen one

In 1965, Bolkiah married his first cousin, Princess Saleha, in an arranged marriage according to the tradition of Brunei. She is now known as Queen Consort of Brunei. They have had six children together, producing the next successor to the Sultan, Crown Prince Al-Muhtadee Billah, who was born in 1974. The Sultan has had two other wives and six other children, as is customary in Brunei, but has since divorced them. 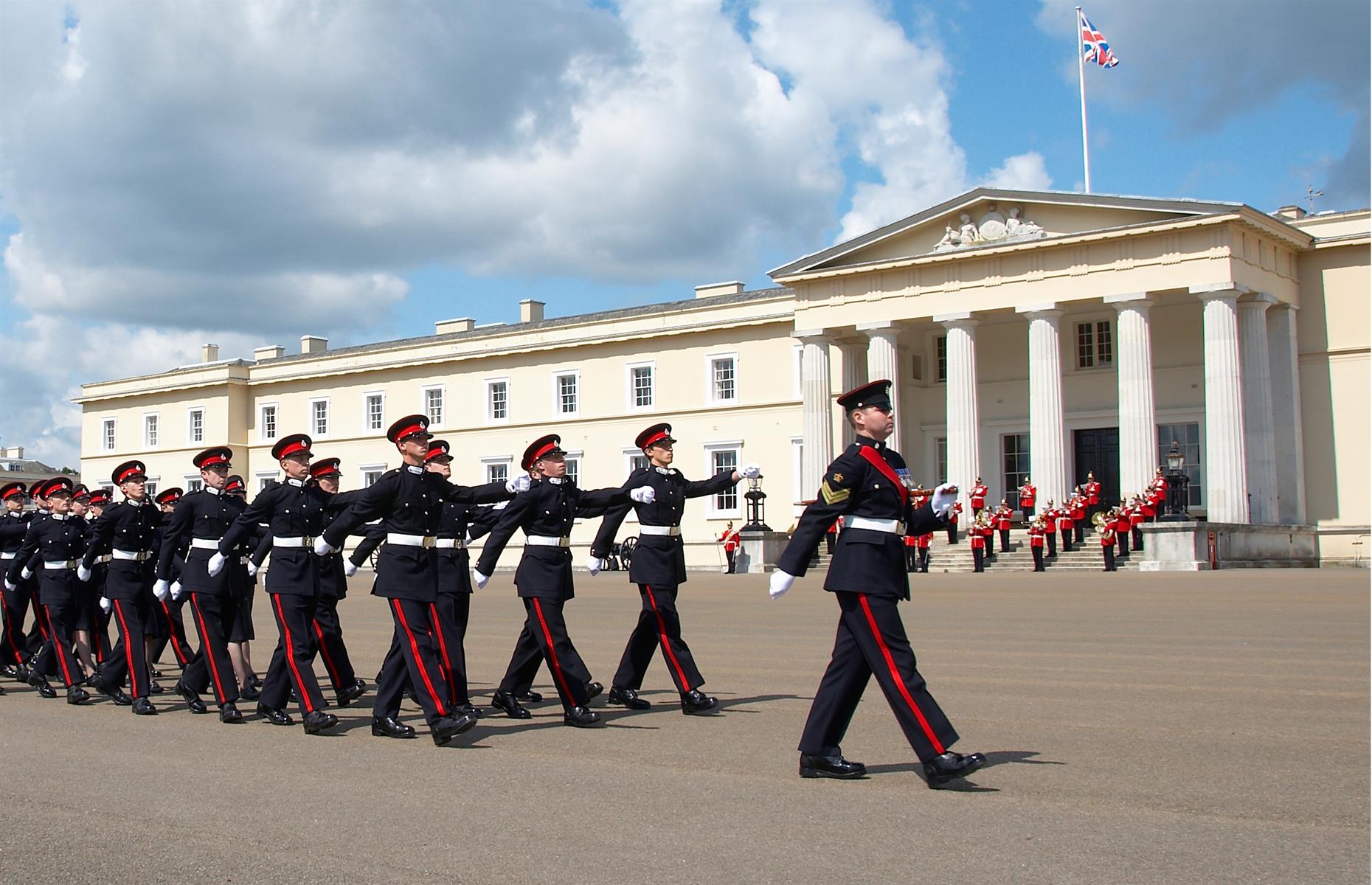 Like so many members of the world’s rulers or Royal families, the Sultan attended the UK’s elite military training academy at Sandhurst from 1966-67. While still a cadet there he was recalled to Brunei by his father, Omar Ali Saifuddien III, who was under growing pressure from his government to either merge with Malaysia, or stay as as country with colonial ties to the UK.
Features 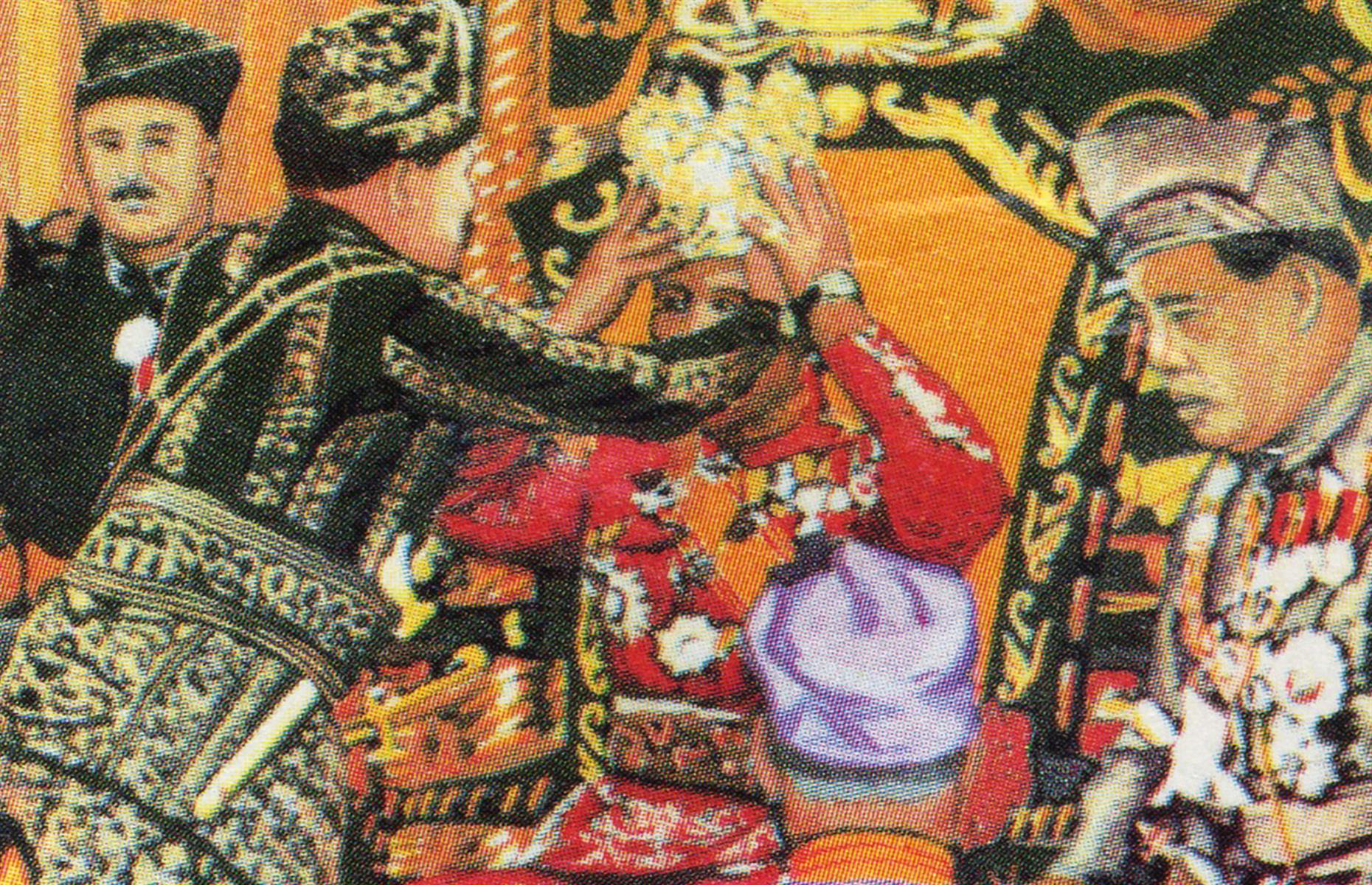 A new era for Brunei

On 4 October 1967, Bolkiah’s father abdicated and handed over the crown to the young prince. However, it was not until 1 August 1968 that he was crowned by his father on an ornate carved throne, as seen on this commemorative stamp (pictured). He assumed the position of absolute ruler and 29th head of state of Brunei.
Features 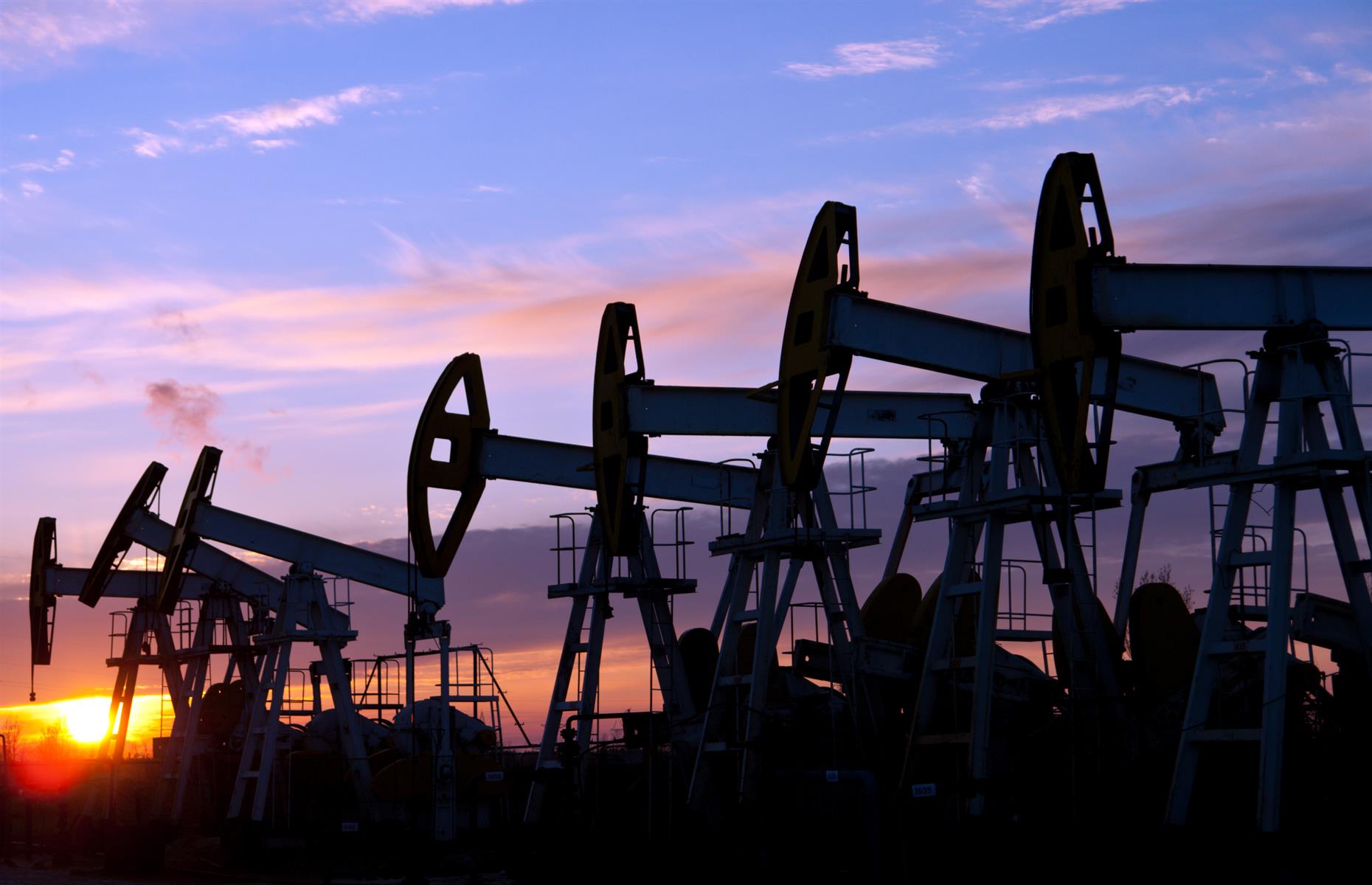 The early years of Bolkiah’s rule also coincided with the discovery of huge reserves of liquified natural gas (LNG) and up to five oil fields off the coast of the country. While oil had been already found in the country in the 1920s, the combination of these discoveries would supercharge Brunei's finances – and that of the Sultan’s.
Features
7 of Shutterstock
List View Gallery View Full screen

The Sultan’s wealth is derived largely from the state’s numerous businesses and ventures. Some of these are expected to contribute to the monarchy, and others are owned by the government outright. Being that the Sultan is the ruler, most profits are transferred to him regardless.
Features 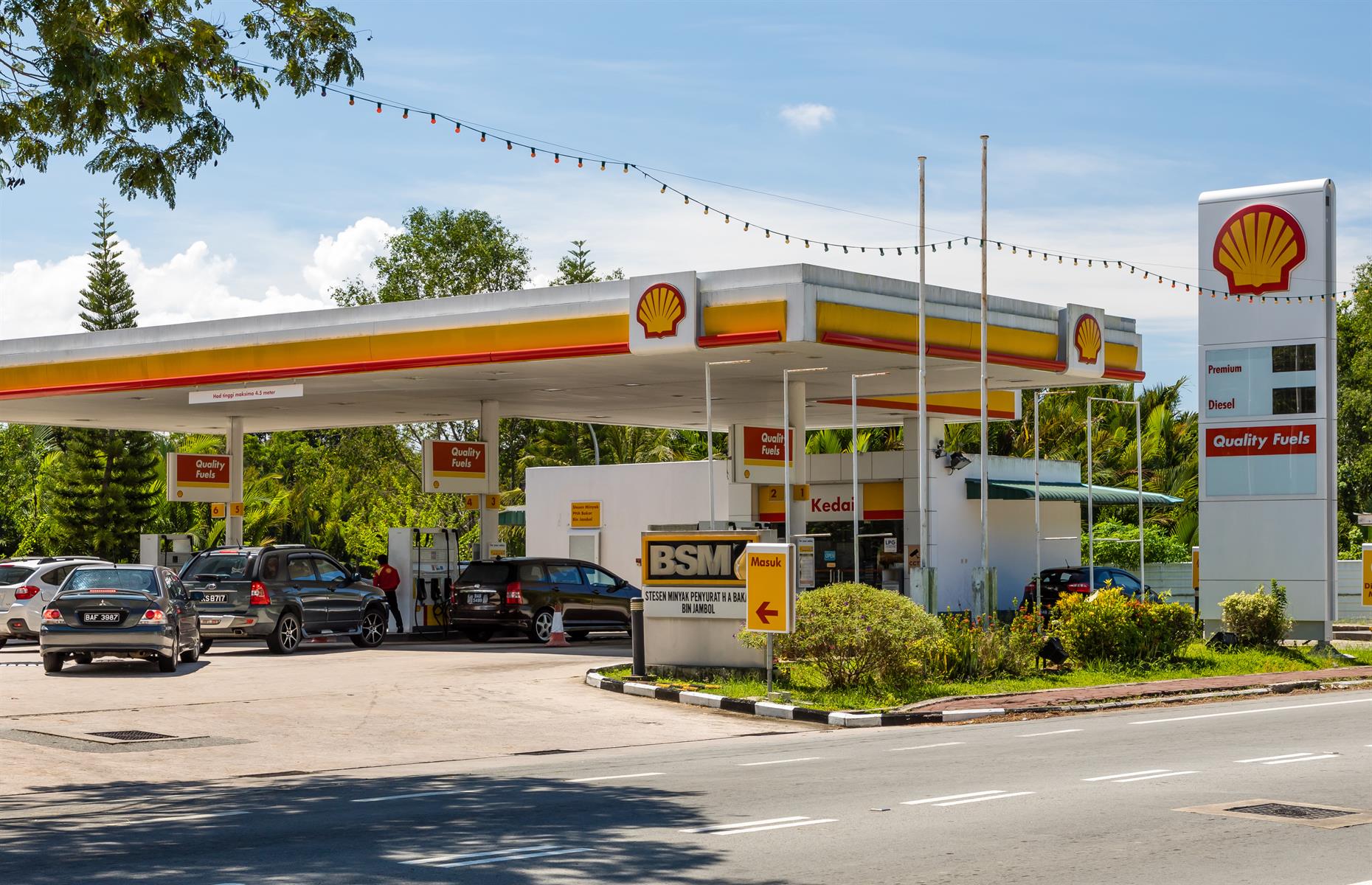 The major oil production company of the country is Brunei Shell Petroleum (BSP). This is a joint venture owned by the Brunei Government and the Royal Dutch Shell group of companies. Its refinery produces up to 10,000 barrels of oil a day, making the Sultan roughly $103 (£80) a second.
Features 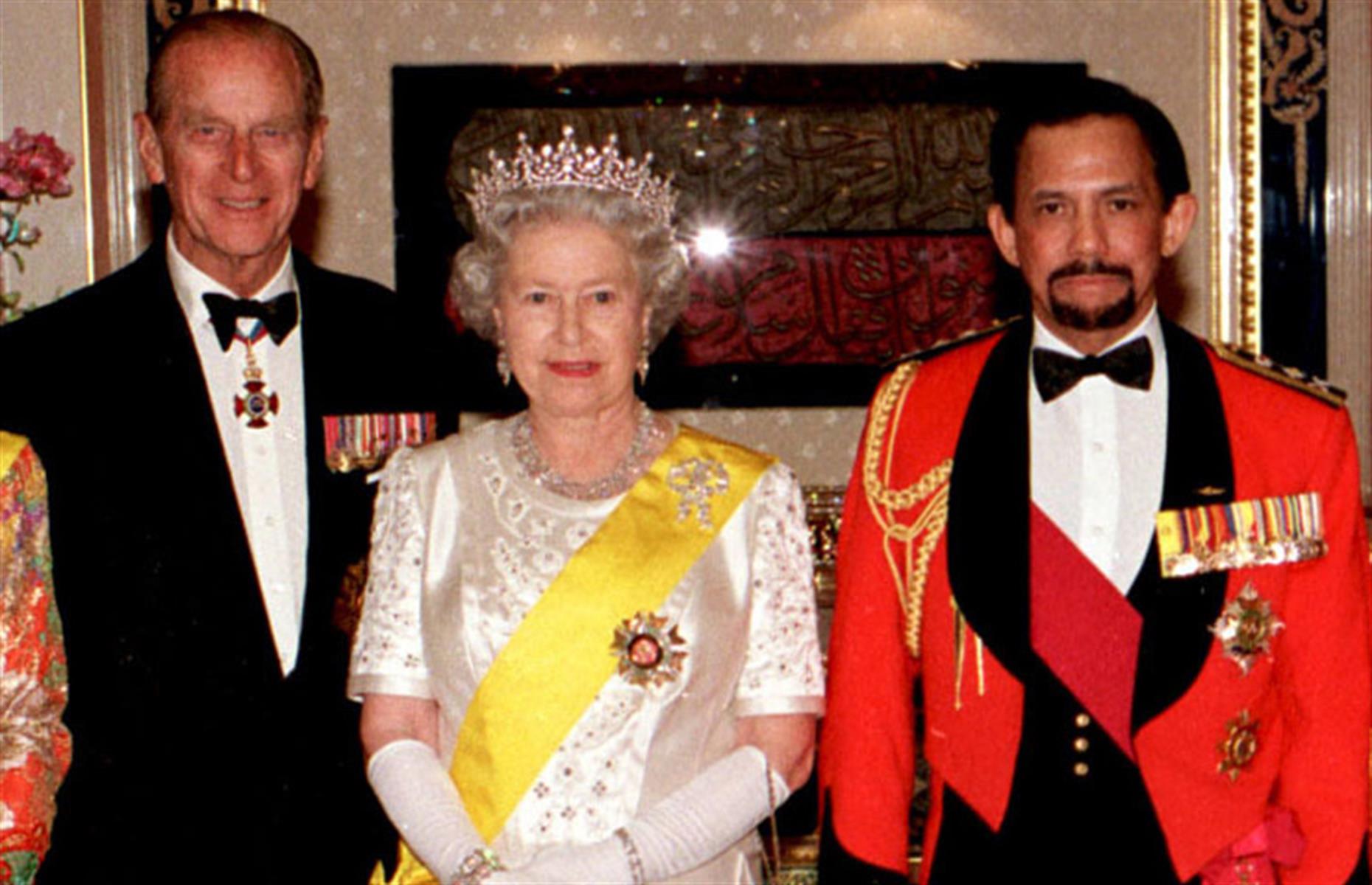 Brunei had been increasingly spurred on to cease its quasi-colonial ties with the UK, which had been in existence since the country helped to quash an attempted rebellion in the early 1960s. On the 1 January 1984, the Sultan read out a Proclamation of Independence, and assumed the titles of His Majesty and Prime Minister.
Features 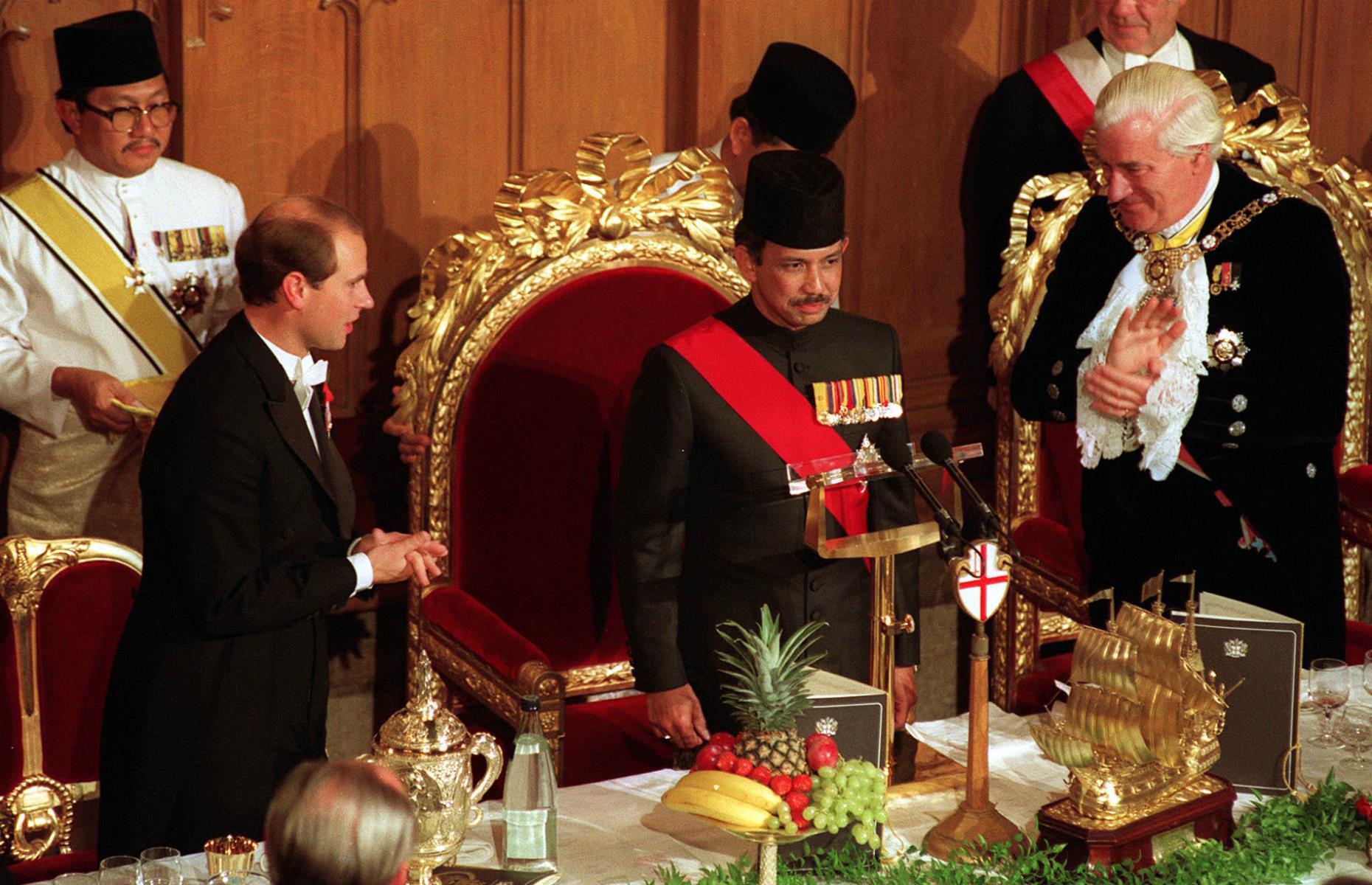 The richest man in the world

It was after this independence was granted that the Sultan became the richest man in the world, when in 1987 his wealth was calculated at a whopping $40 billion (£31.4bn). And this is when his spending really started to take off...
Features 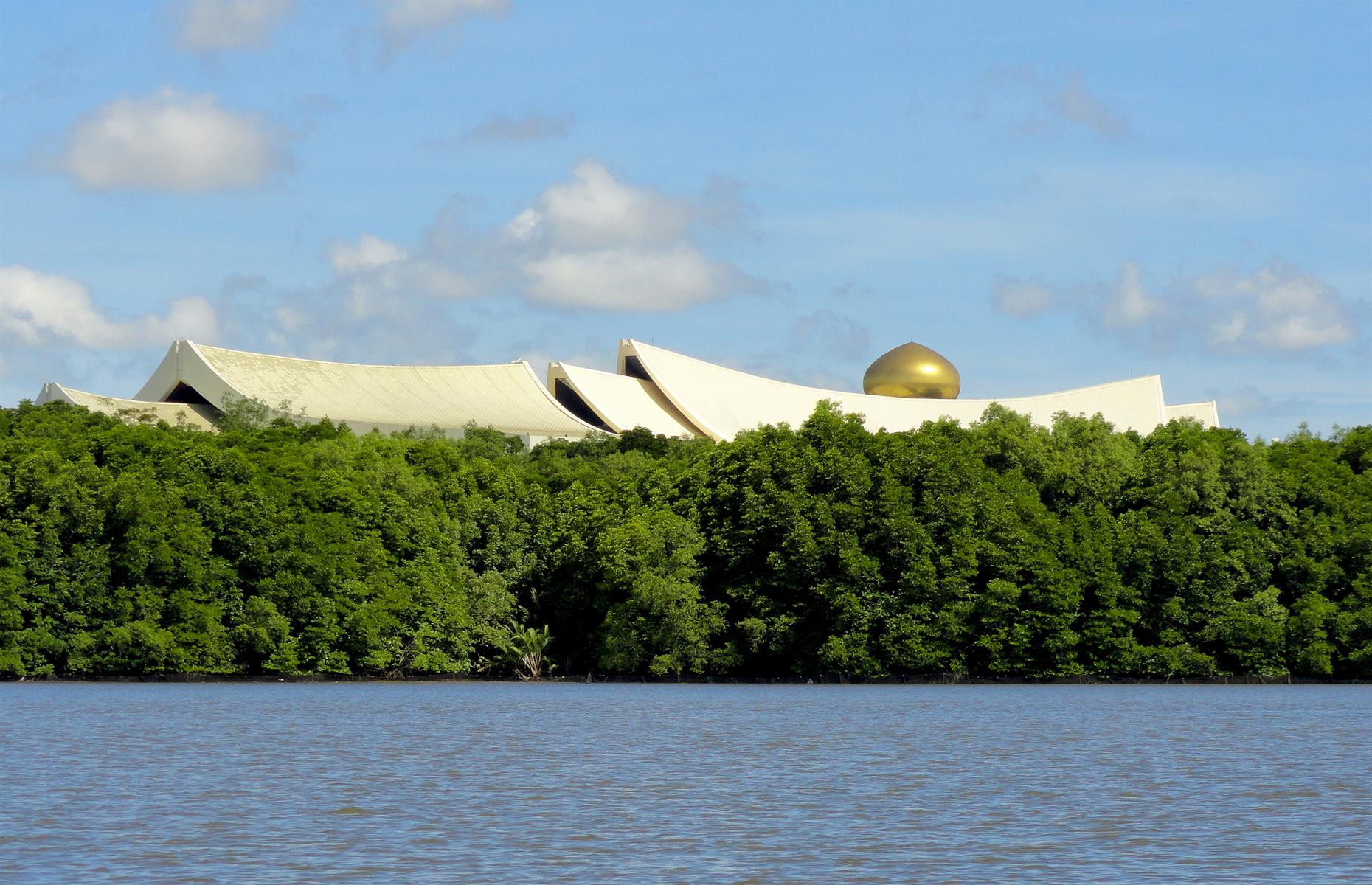 To commemorate the independence, the Sultan initiated the building of the Istana Nurul Iman Palace. Taking two years and $1 billion (£77 million) to build, the Guinness Book of Records states that it is the largest royal residence in the world, covering 200,000 square metres of space. It also serves as the seat of the country’s government. 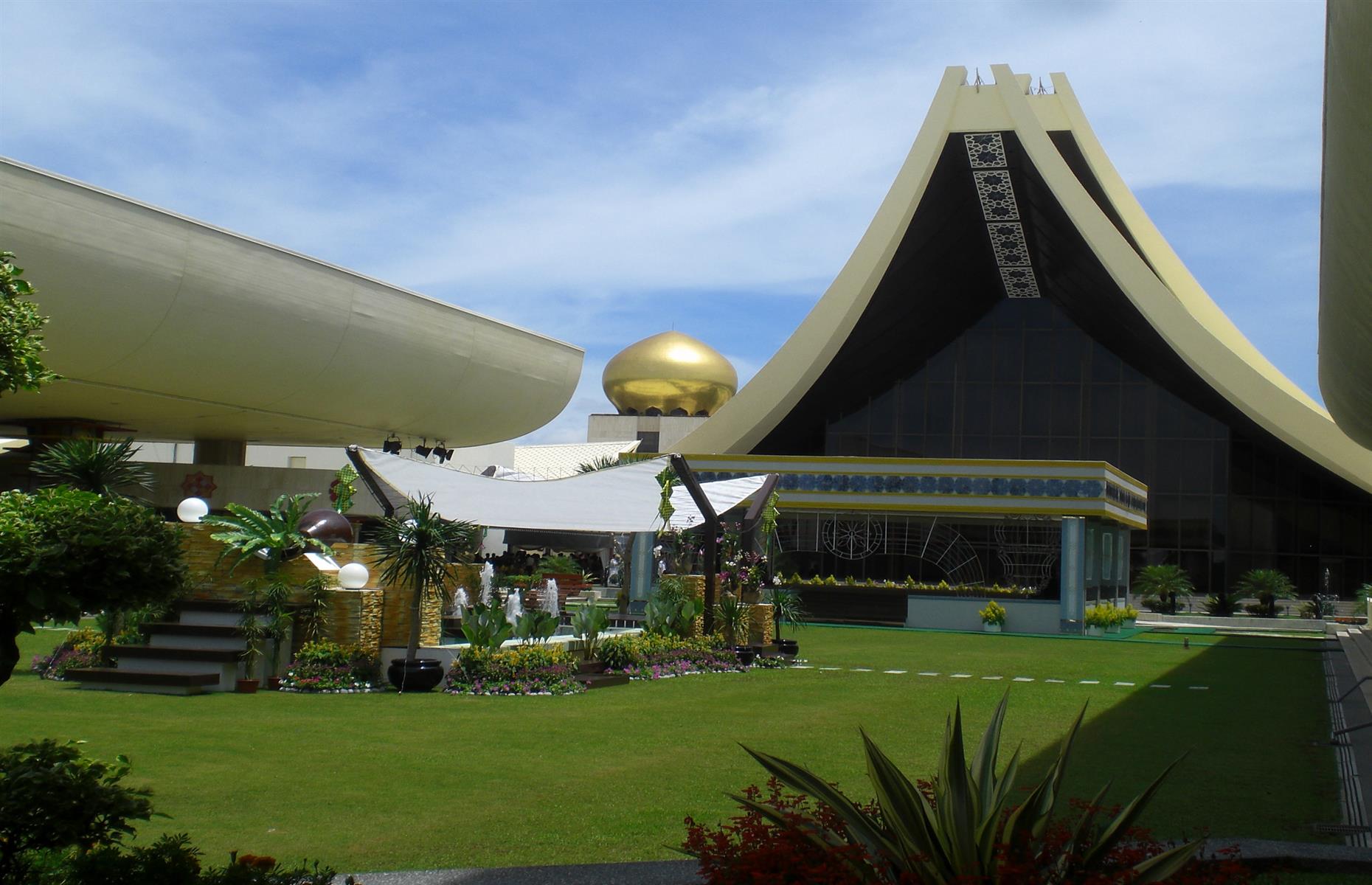 The palace is located in the capital Bandar Seri Begawan and has 1,788 rooms decorated with marble from Italy, fine silks from China, diamond fixtures and gold weaved into the carpet. It has five pools, two mosques, a banquet hall to fit up to 5,000 guests and is adorned with priceless works of art by the likes of Claude Monet and Pablo Picasso.
Features 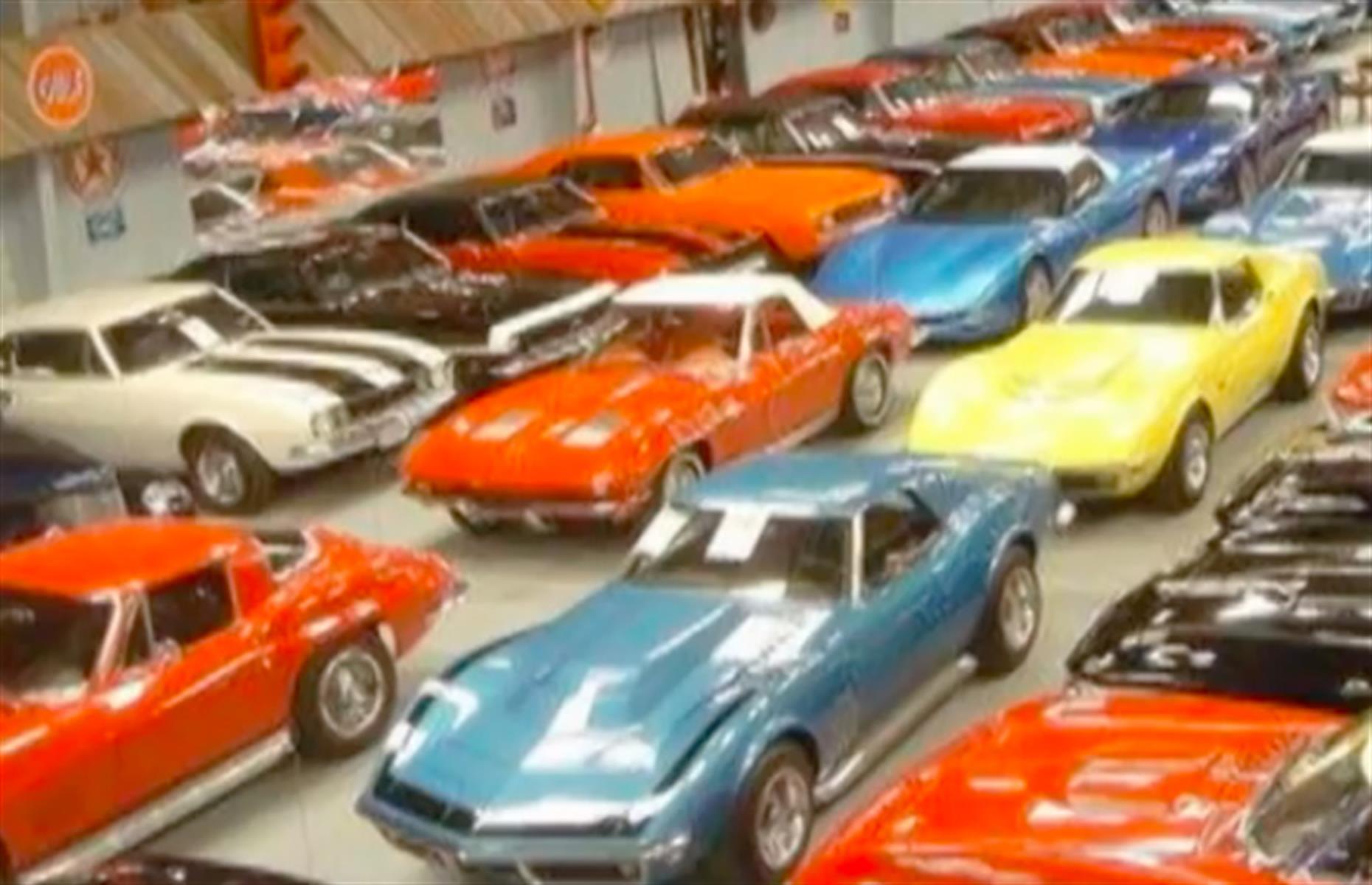 The palace also comes complete with an air-conditioned stable for the Sultan’s much-adored horses. But that’s no match for his other love: luxury motors and supercars. With up to 7,000 vehicles in an expansive purpose-built garage, it’s believed to be one of the largest private collection of cars in the world with a reputed value of $6.4 billion (£5 billion). The Sultan even received the Guinness World Record for the largest collection of Rolls Royce cars in 2011 for his 500-strong fleet of the luxury car brand.

The most famous of his Rolls Royces is the 24-carat gold-plated Silver Spur limo, which is used for ceremonial occasions such as royal weddings and state celebrations. Alongside this, there are also 100 Koenigseggs, 500 Mercedes, a fleet of 450 Ferraris, 21 Lamborghinis and 11 Aston Martins. 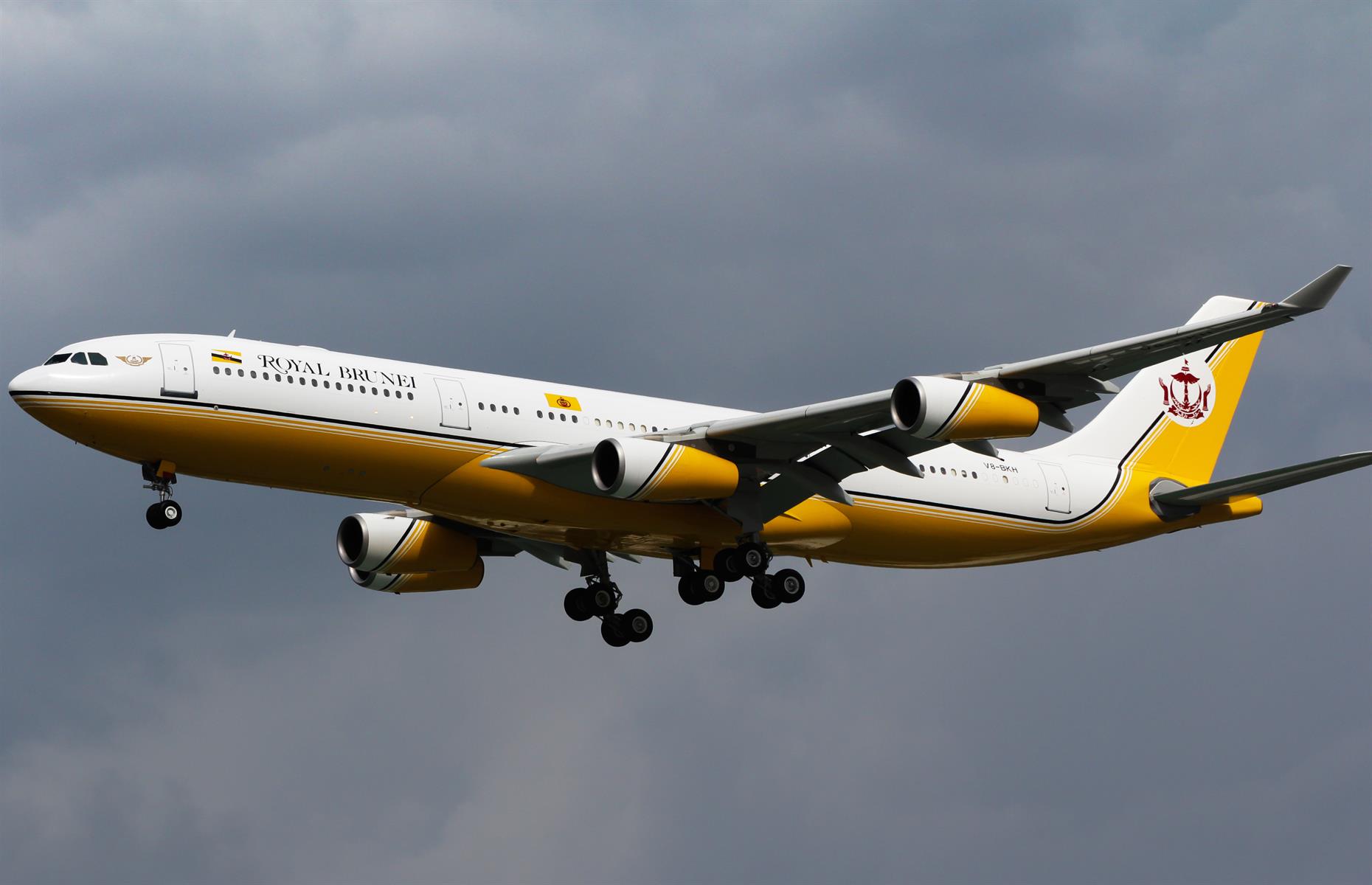 Cars aren’t the only transport that the Sultan loves to spend his money on. His own personal jet, an Airbus A340-212, is as extravagant as his own residence. Nicknamed “The Flying Palace”, British newspaper The Independent claims it cost the Prince $103 million (£80 million) to purchase and $124 million (£95 million) to modernise. With a host of luxurious touches, such as bespoke wooden decor throughout, there are even gold and Lalique crystal sinks in the en-suite bathroom.

The Sultan’s purchases don’t stop at royal palaces or transport either. He also owns some of the world’s most expensive properties around. The Brunei Investment Agency, itself an arm of the government, purchased and set up The Dorchester Collection of hotels. From The Dorchester in London, The Beverly Hills Hotel in LA, to Le Meurice in Paris and Hotel Eden in Rome, they're among the most exclusive choice of residences for the super-rich. However, some celebrities including actor George Clooney have called for a boycott of the hotels since The Sultan created legislation for gay sex to be punishable by death by stoning. Following the backlash, the Sultan has since said that the punishment would not be imposed. 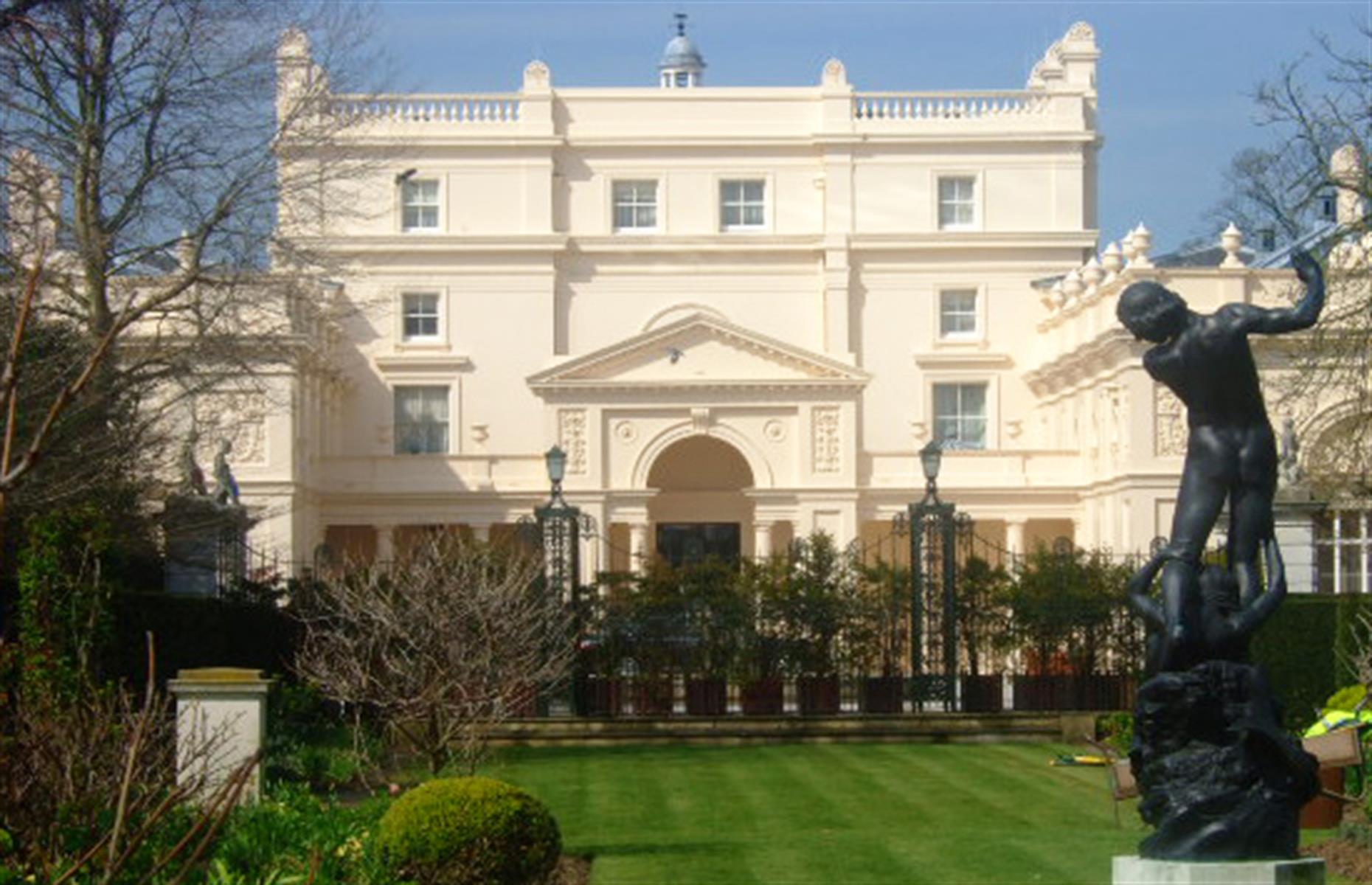 For his own trips to the UK, the Sultan usually stays in St John’s Lodge in Regent's Park, London. Bought by the Brunei Government for almost $52 million (£40 million) in 1994, it is one of the expensive private houses in the UK. The land it is on, however, is actually owned by the Crown Estates, making the Queen the Sultan’s landlord.
Features 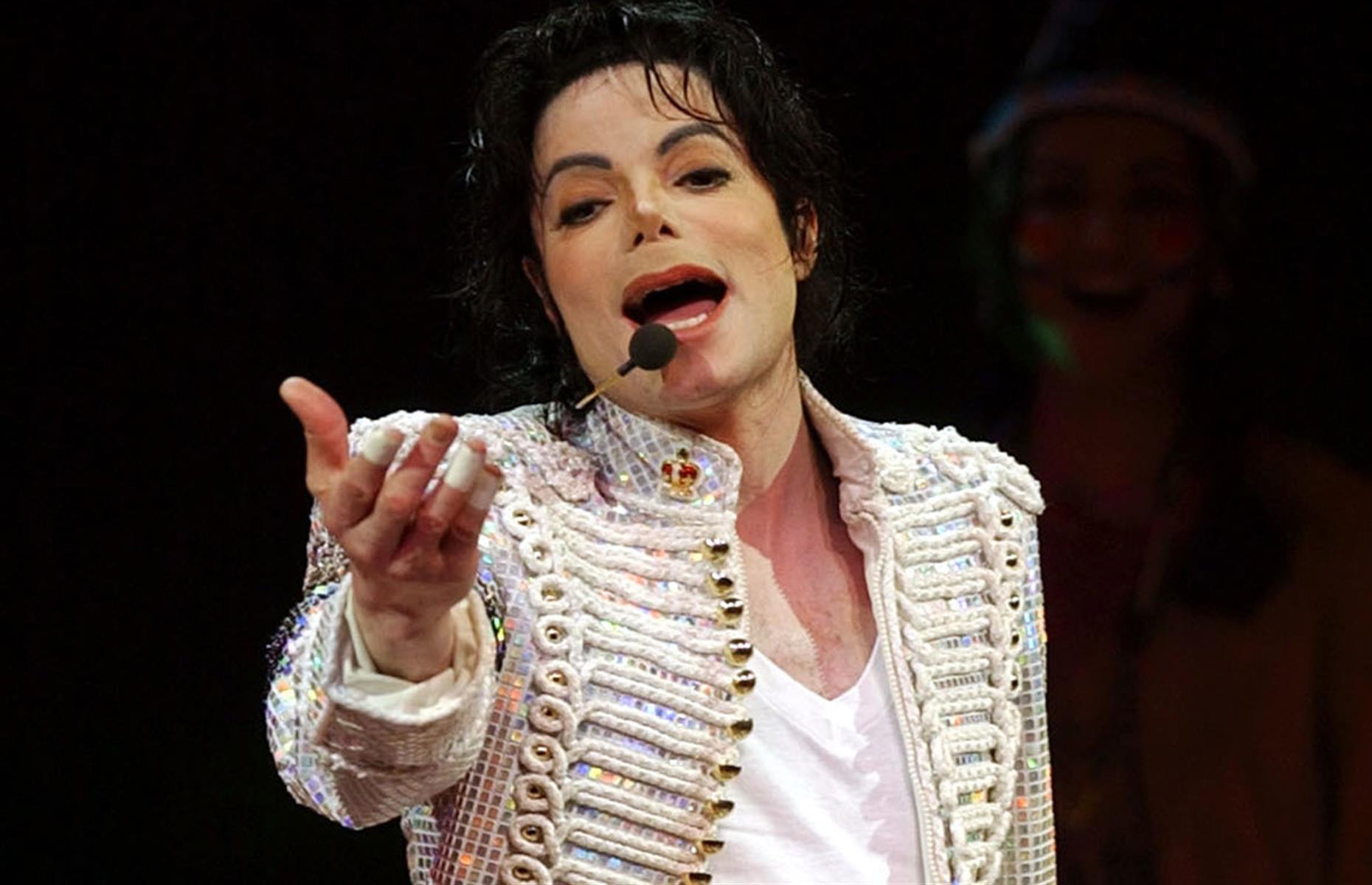 For his 50th birthday, the Sultan declared a fortnight of celebrations in the country and embarked on a party which cost around $26 million (£20 million). Along with a gala dinner for 3,000 people at the Royal Palace, the Sultan also paid Michael Jackson $14 million (£10 million) to perform at three concerts – one for his subjects and the other two for his own private guests. That's some birthday bash.
Features 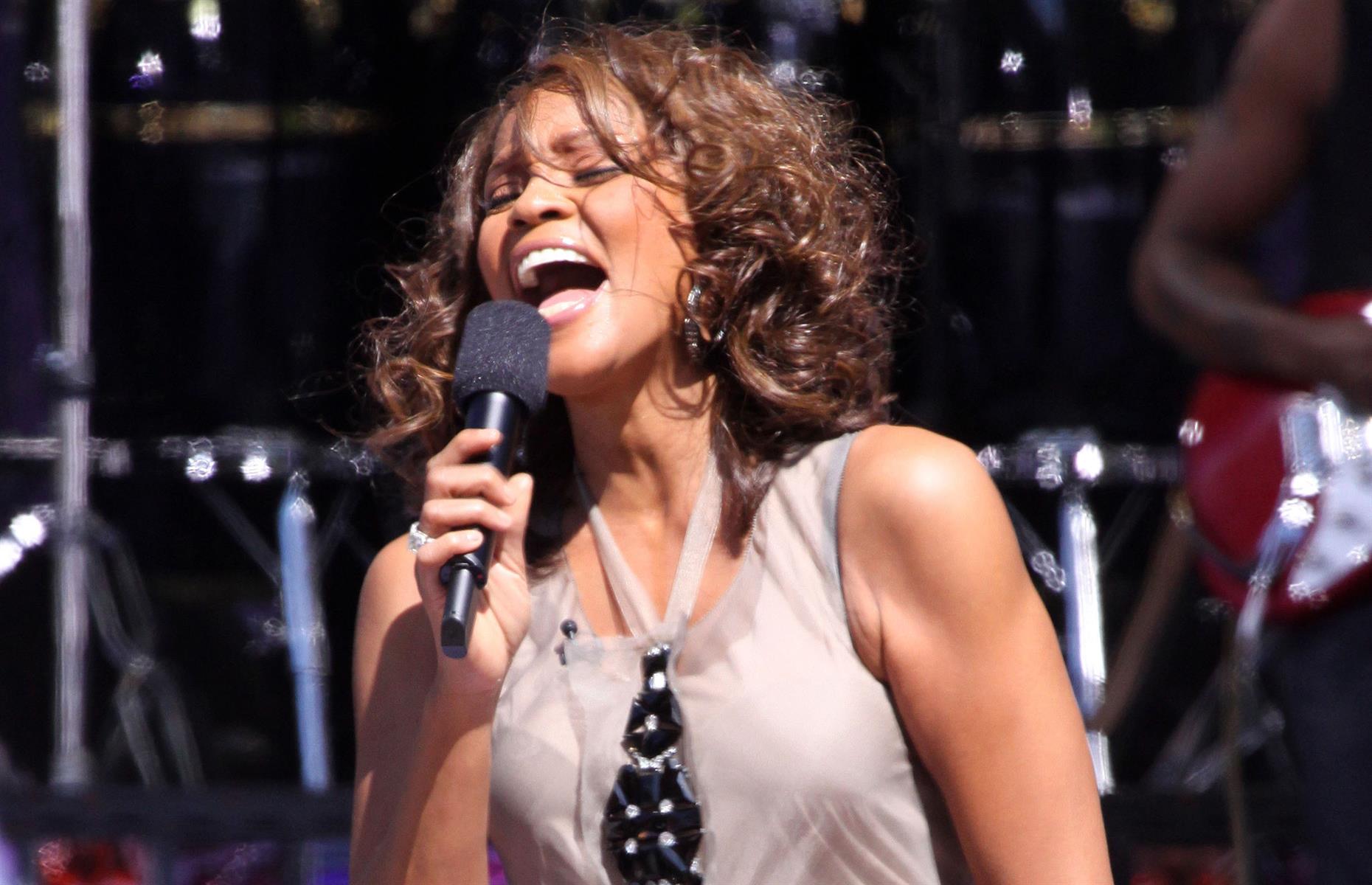 The Sultan’s largesse is obvious, as he loves to bestow grand presents and jewellery on others – so much so that in 1995 he bought the London jewellers Asprey for $592 million (£452 million). At the wedding of his eldest daughter Princess Rashidah in 1996, Whitney Houston was even flown in to perform for the guests at a reported cost of $7 million (£5 million).

How the British royal family makes and spends its money 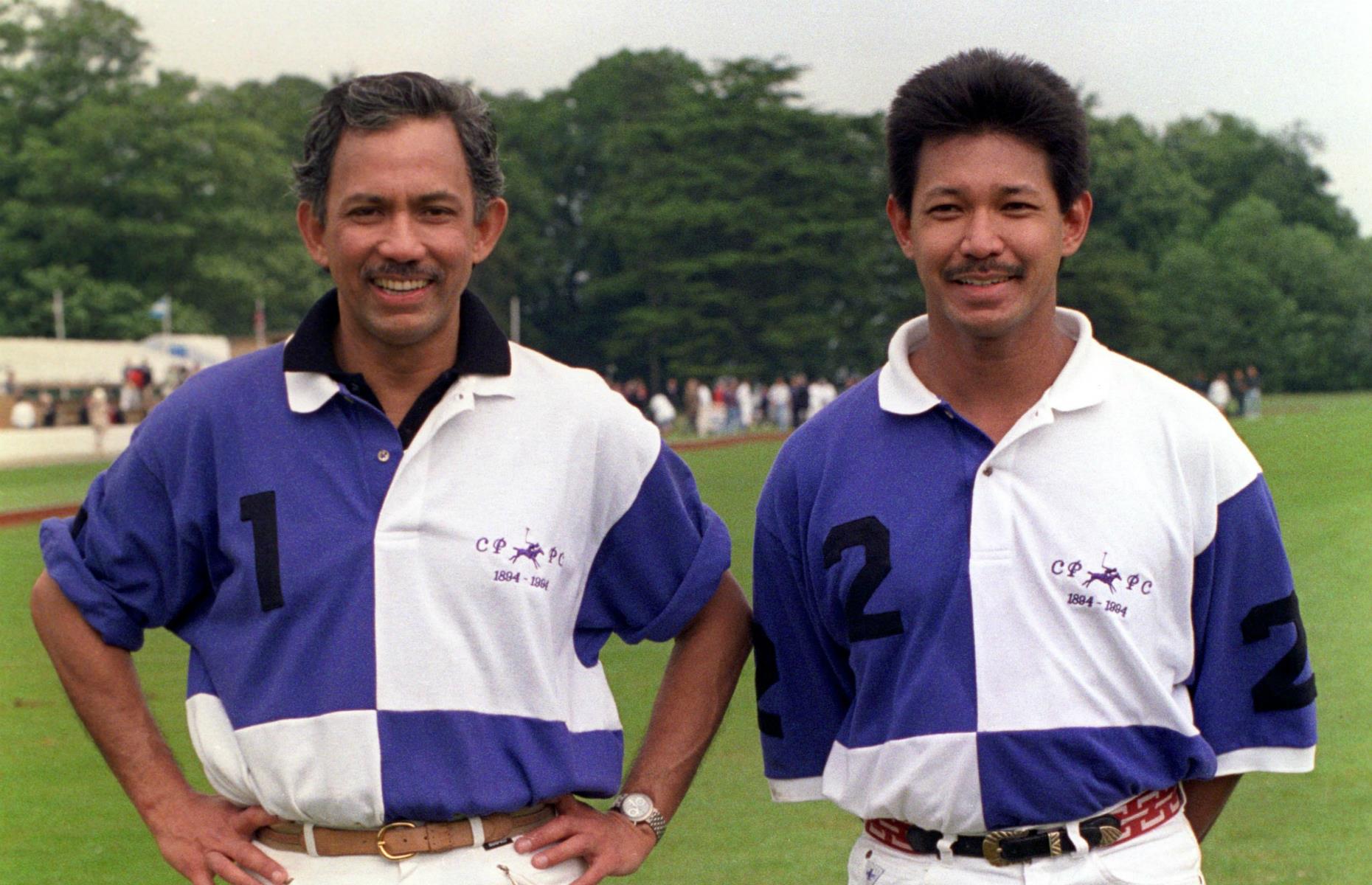 Big spending seems to run in the family. The Sultan's brother Prince Jefri Bolkiah (pictured right, with his brother) used to race Ferraris against the Sultan at night in the streets of the capital, Bandar Seri Begawan. Later he was the country's finance minister from 1986 to 1998, during which he used state money to fund his lavish lifestyle including 2,000 cars. However, the leader's brother was charged with embezzling $14.8 billion (£11.6bn) when in the role. The subsequent court case to resolve it cost Jefri $23 million (£18m), a sum he later went to court with his lawyers over in 2011, and lost. 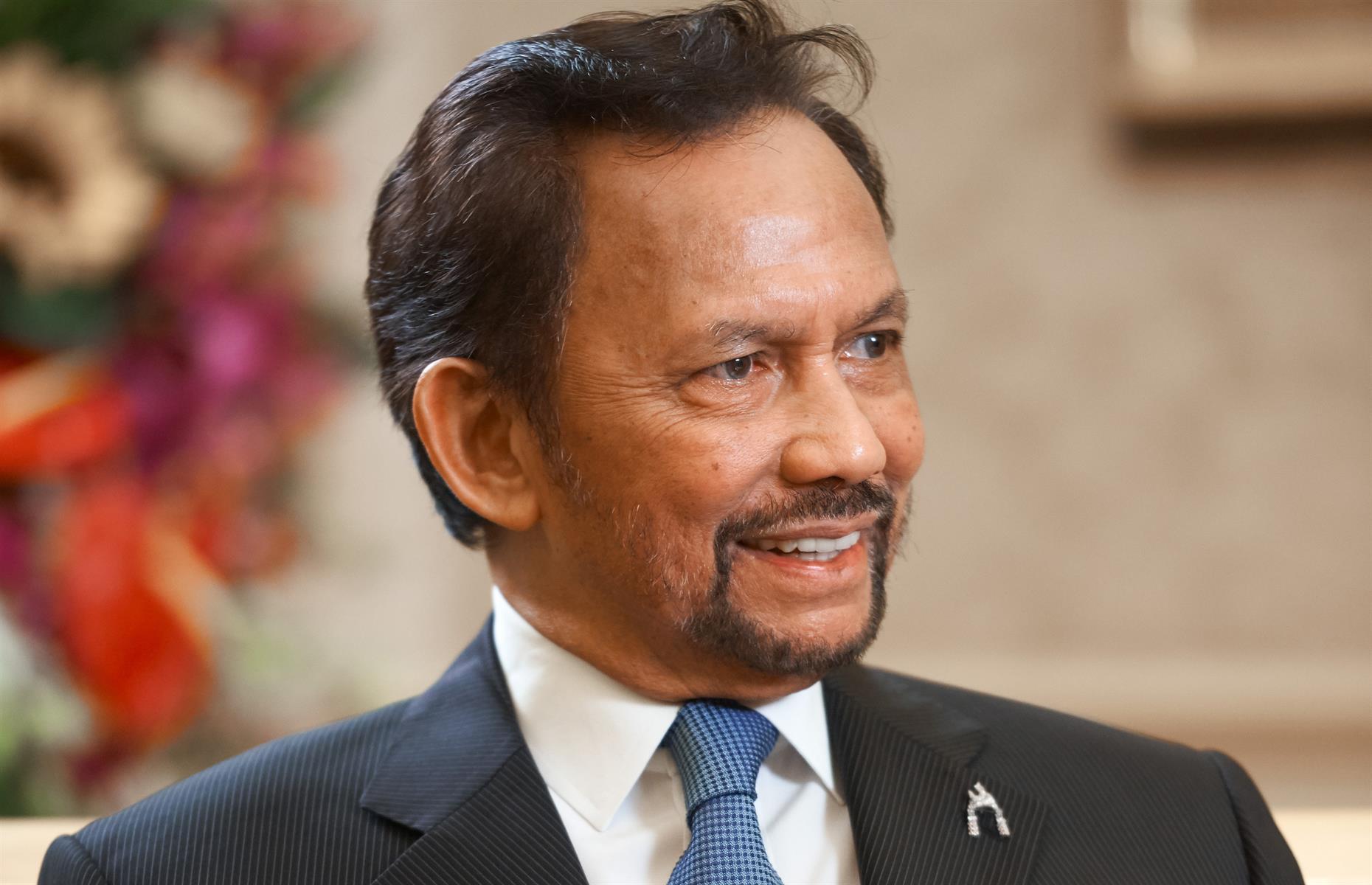 The Sultan may no longer be the richest person in the world, but as the head of an oil-rich country and the world's second longest-serving monarch, Forbes puts the Sultan's net worth at $20 billion (£15bn) in 2011. However, with a car collection alone that's reputed to be worth nearly $6.4 billion (£5bn), this seems like a conservative estimate. The only other monarch who trumps him is the King of Thailand Bhumibol Adulyadej, with a personal fortune of $30 billion (£23bn) according to Time. Still, at 72, the Sultan of Brunei has a few years to catch up yet.

Jobs you won't believe people do for the super-rich