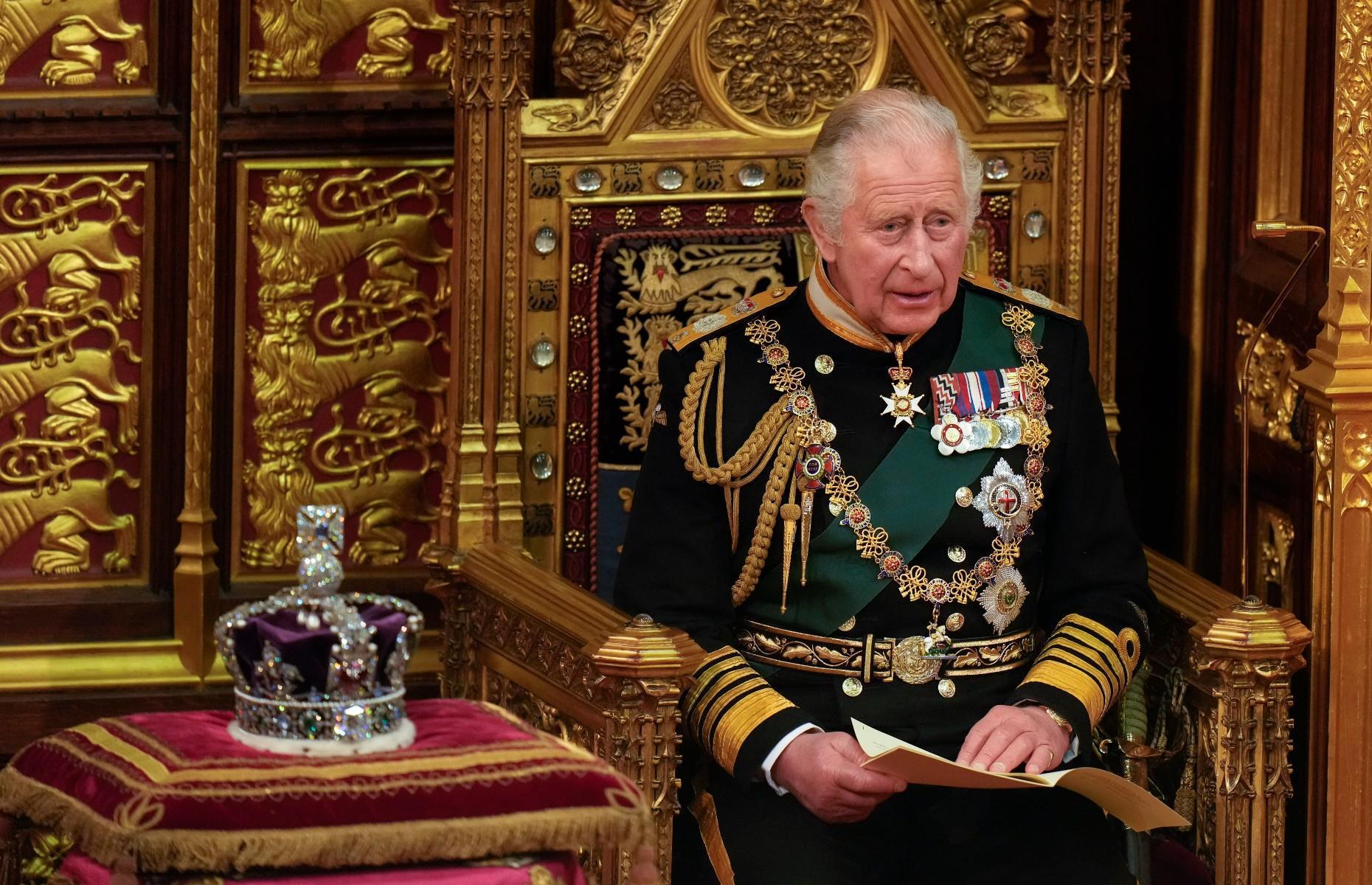 How King Charles made his royal mark

Prior to ascending to the throne of the United Kingdom, he served as the Prince of Wales, holding the title for more than 50 years. During this period, he also spent five years in the Royal Navy, undertook extensive charity work, and launched numerous businesses, which made him very wealthy.

Read on as we take a look at his various ventures and what might happen to them now that he's on the throne. All dollar amounts in US dollars, unless otherwise stated. 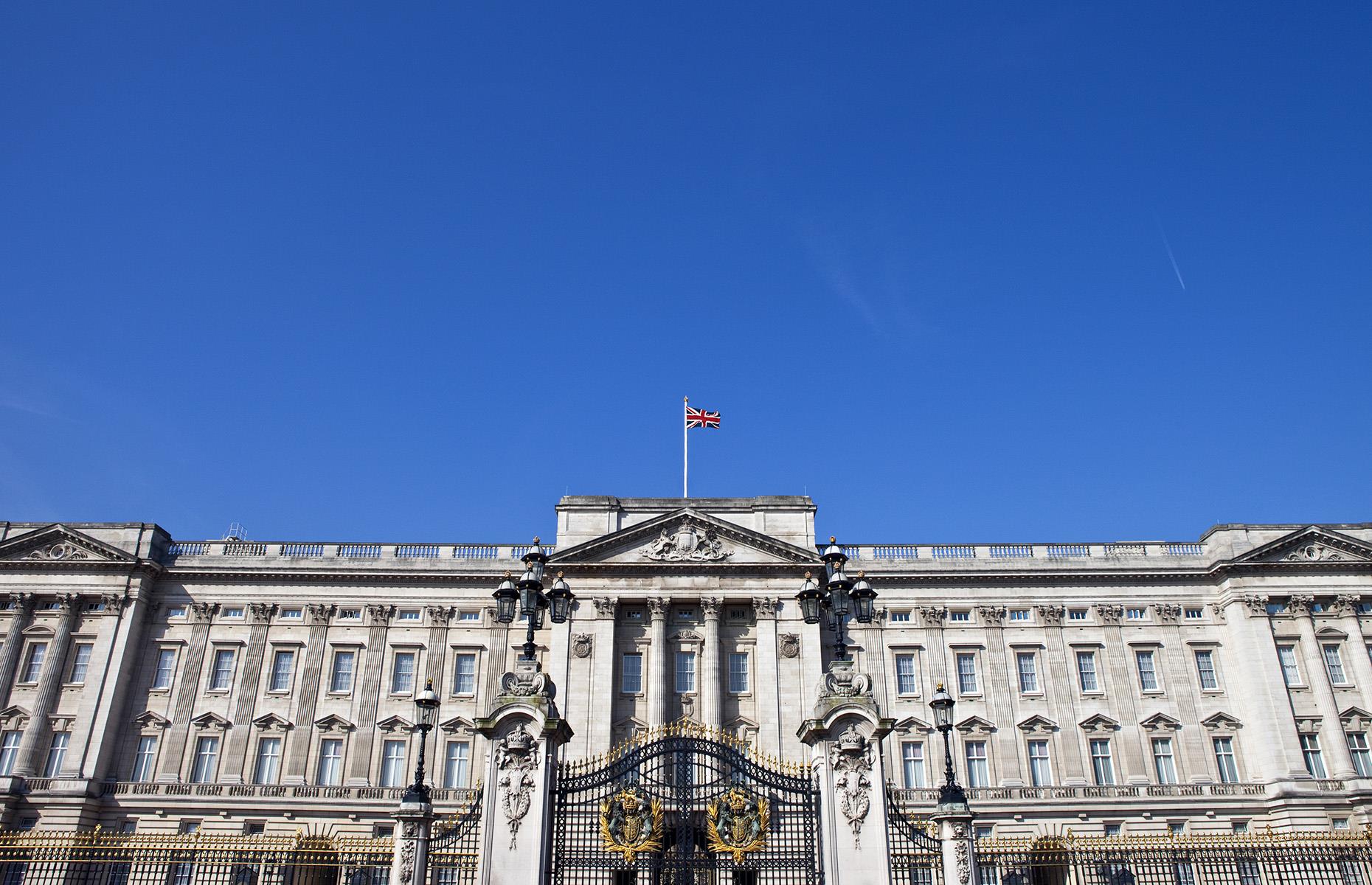 On 14 November 1948, the then-Princess Elizabeth gave birth to her first child, a boy. Thousands of people flocked to Buckingham Palace and sang For He’s a Jolly Good Fellow to celebrate the arrival.

Less than a month later, he was christened as Charles Philip Arthur George in the Music Room of the royal residence.

In February 1952, King George VI died aged 56. Princess Elizabeth, his eldest daughter, took to the throne. This meant that Charles, then aged three, instantly became her heir. The young prince was given the traditional title of Duke of Cornwall, which is usually held by the eldest son of the UK's reigning monarch, and was also bestowed with a number of dukedoms associated with various areas across Scotland.

Several years later, on the advice of then-Prime Minister Harold Macmillan, the Queen decided to send Charles to school in London's exclusive Knightsbridge. On 7 November 1956, at the age of eight, the young royal had his first day at Hill House Preparatory School – the very first time that an heir to the throne had gone to school with other children rather than being home educated by a private tutor.

Charles was later transferred to Cheam, the oldest private school in England, before completing his schooling at the remote Gordonstoun in Eastern Scotland. He thus followed in the footsteps of his father, Prince Philip, who had attended the establishment years beforehand. 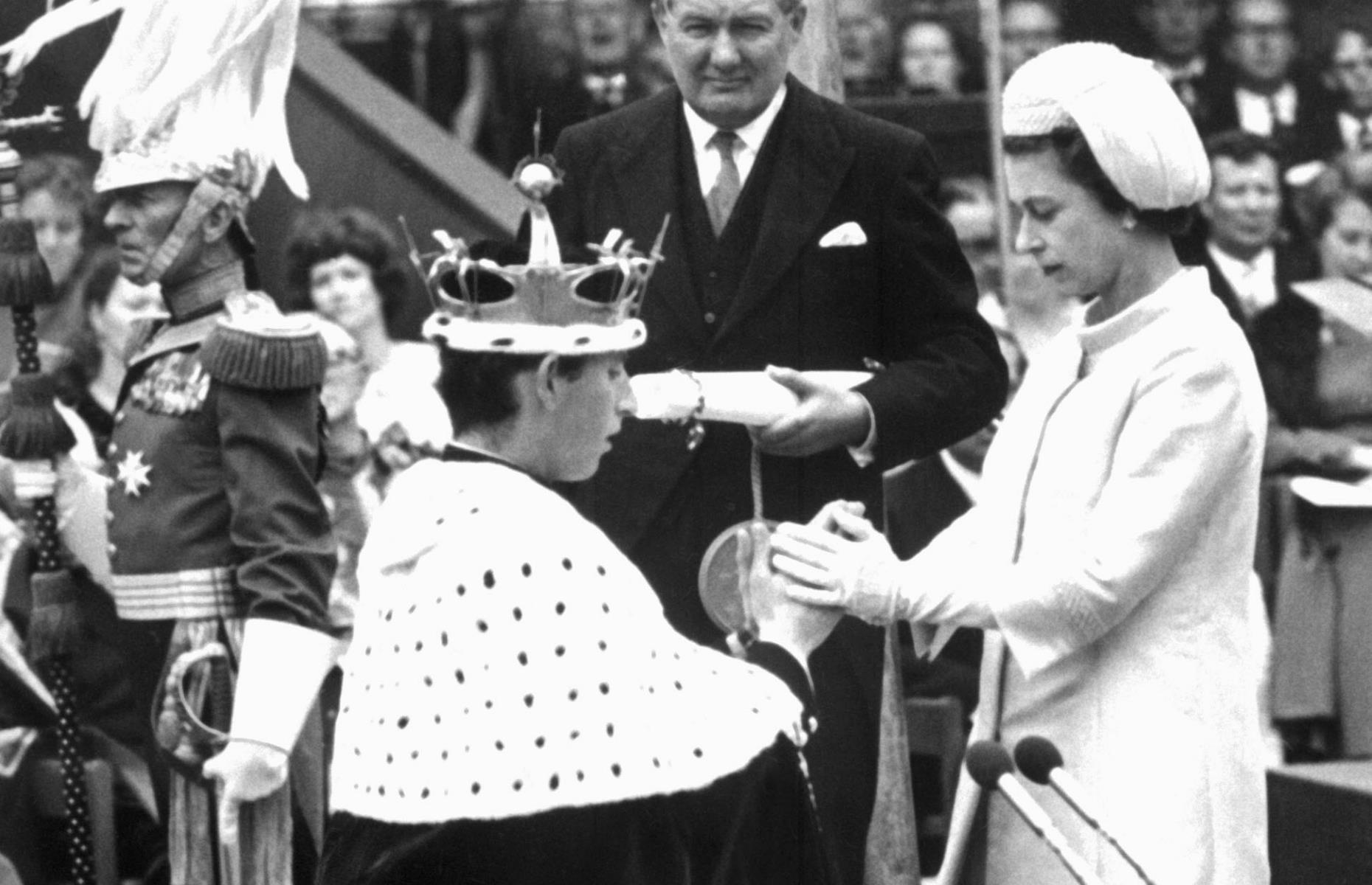 The Prince of Wales

In 1967, Charles started studying archaeology and anthropology at the University of Cambridge, later swapping to history. Alongside his studies, Charles learned Welsh ahead of his Prince of Wales investiture ceremony.

The Prince of Wales title was granted to Charles by his mother on 1 July 1969. The ceremony (pictured) was held at Caernarfon Castle in Gwynedd, northwest Wales.

Two days later, the prince visited the Welsh town of Swansea to announce that it was being made a city to celebrate the occasion. 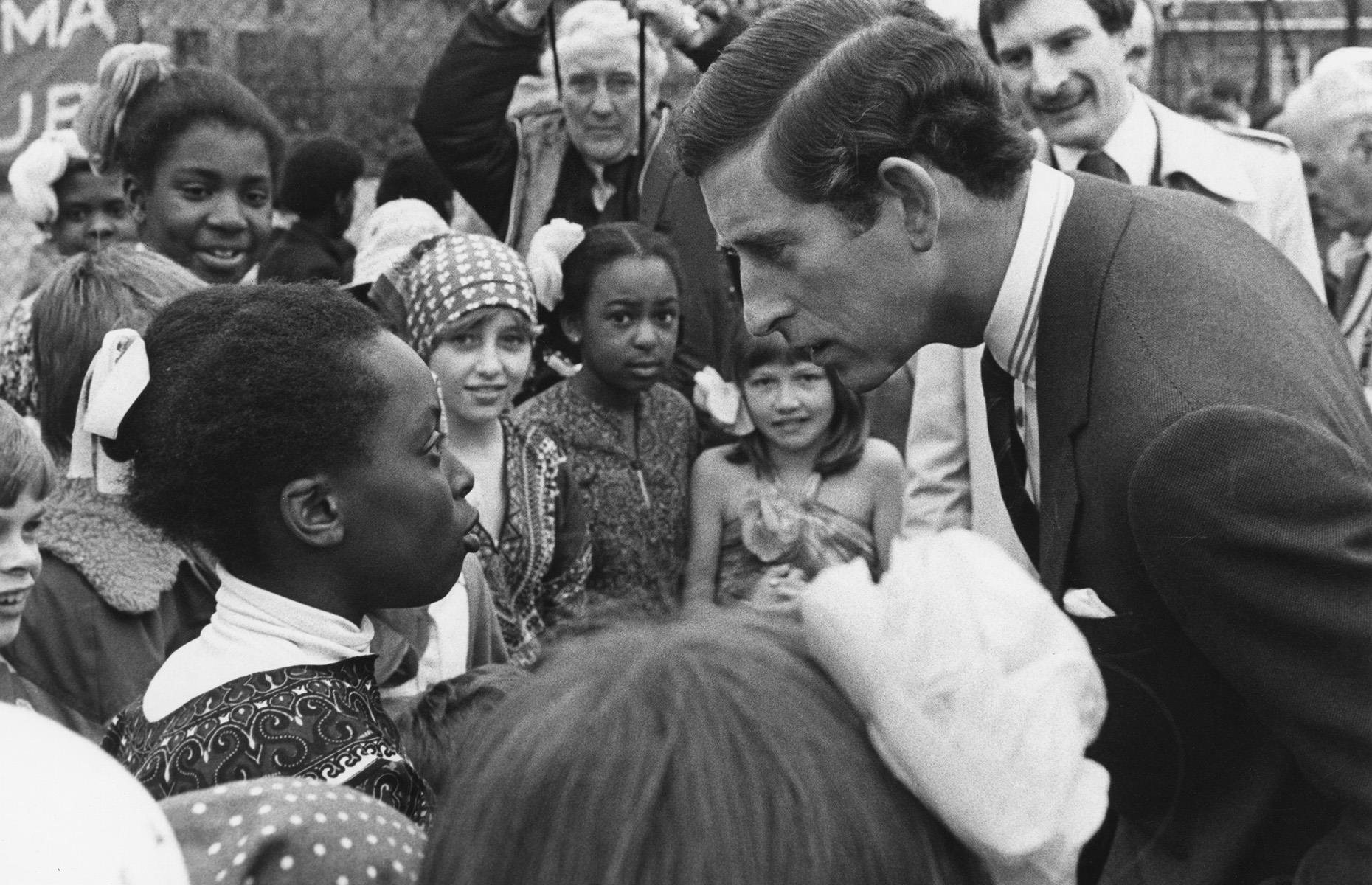 The 1970s were an important decade for Charles and saw him take his first foray into politics by taking his seat in the House of Lords, which he held until reforms in 1999.

Aged 22, he began campaigning on conservation issues and the environment, warning in one speech that "technological advance threatens the individuality of man and is becoming his master". 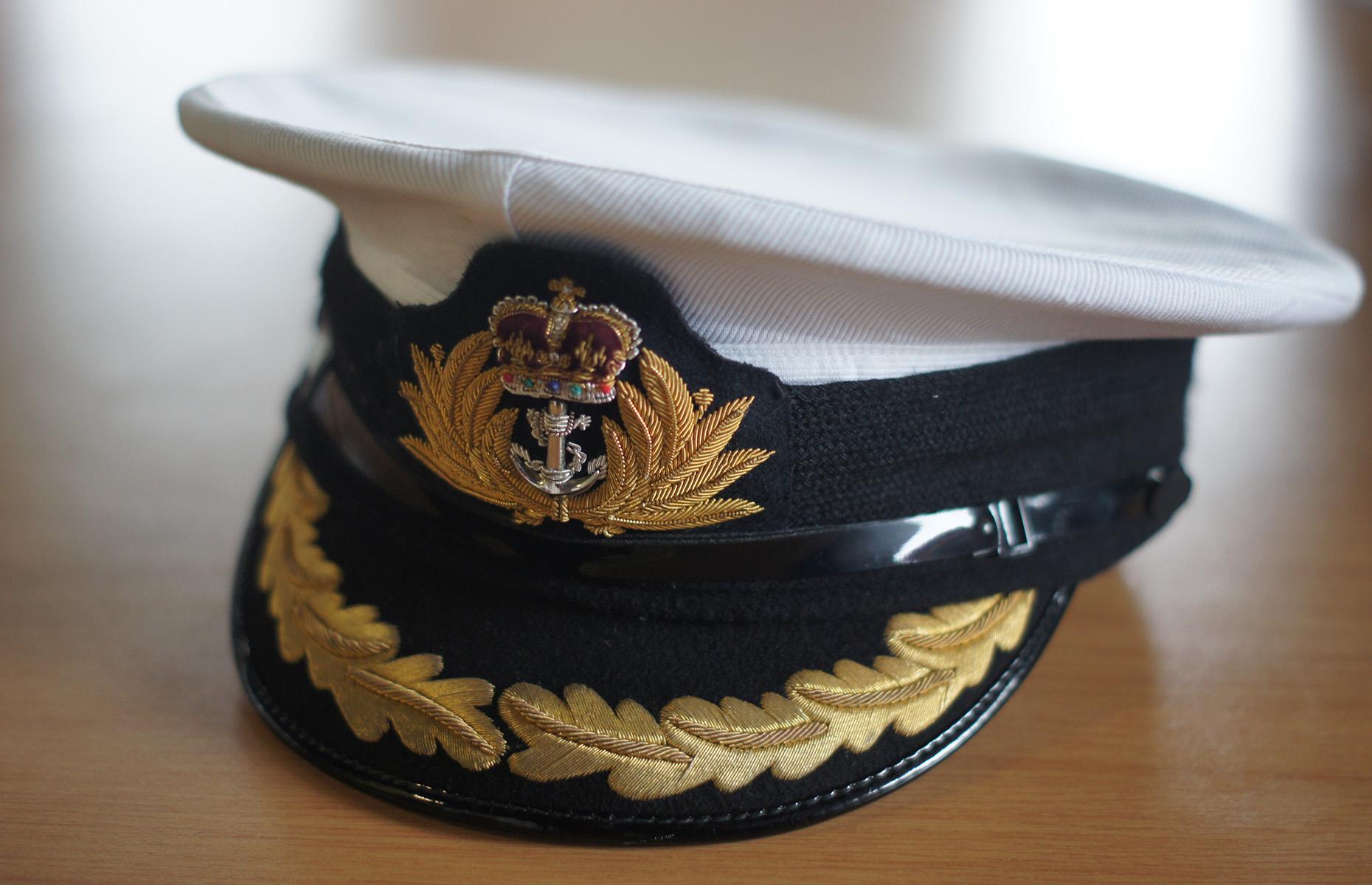 Charles began his Royal Navy career in 1971. For the next five years, he served on three different ships, also qualifying as a helicopter pilot and taking command of a coastal minehunter.

At the end of his service, he received £7,400 (around £40.3k/$45k in today's money) in severance pay, which he put towards launching his first charity. 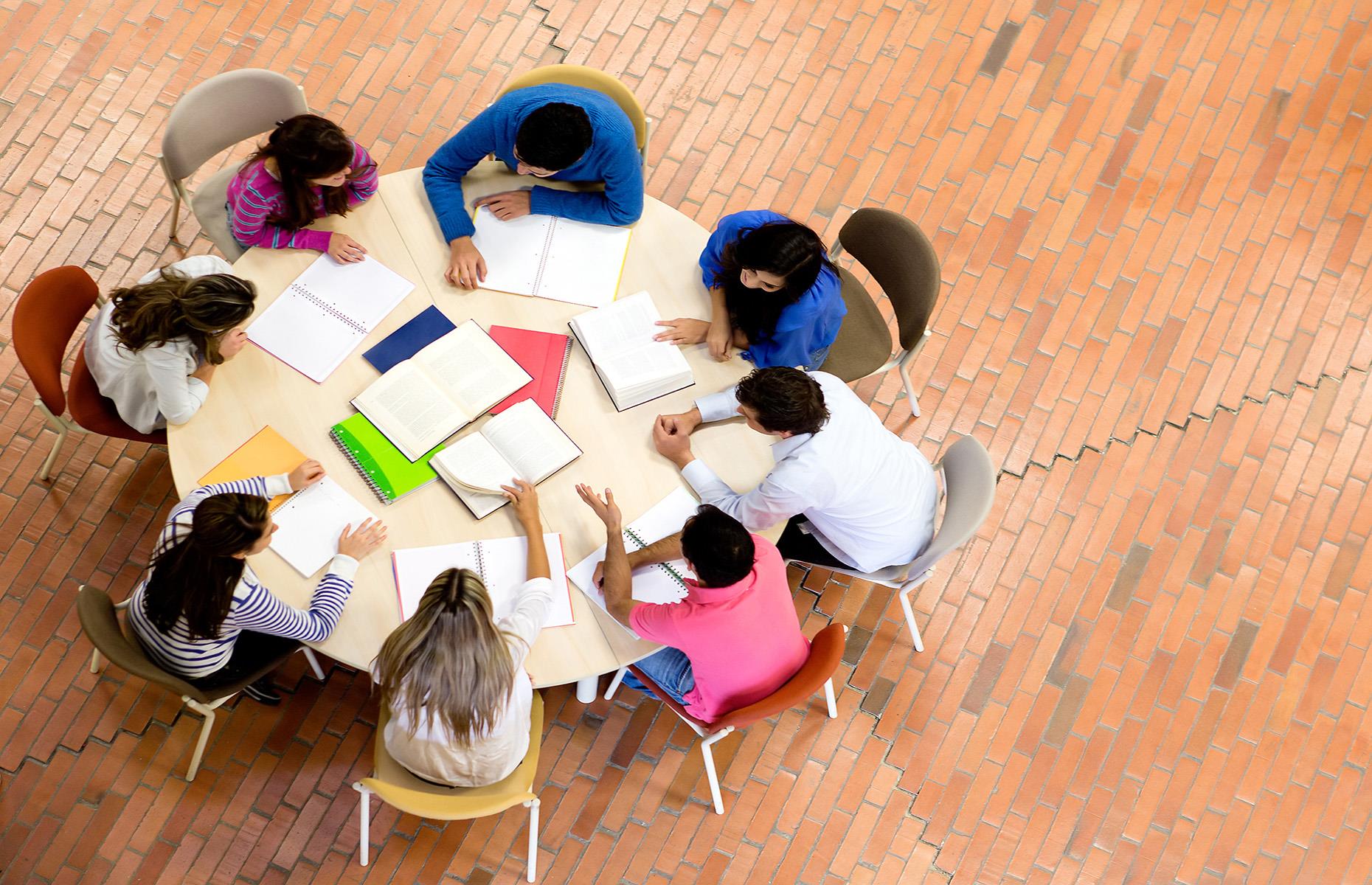 The Prince’s Trust was founded in 1976. The charity supports disadvantaged young people aged between 11 and 30, helping them to tackle challenges related to education, employment, and homelessness.

The organisation has assisted more than one million young people since its launch. 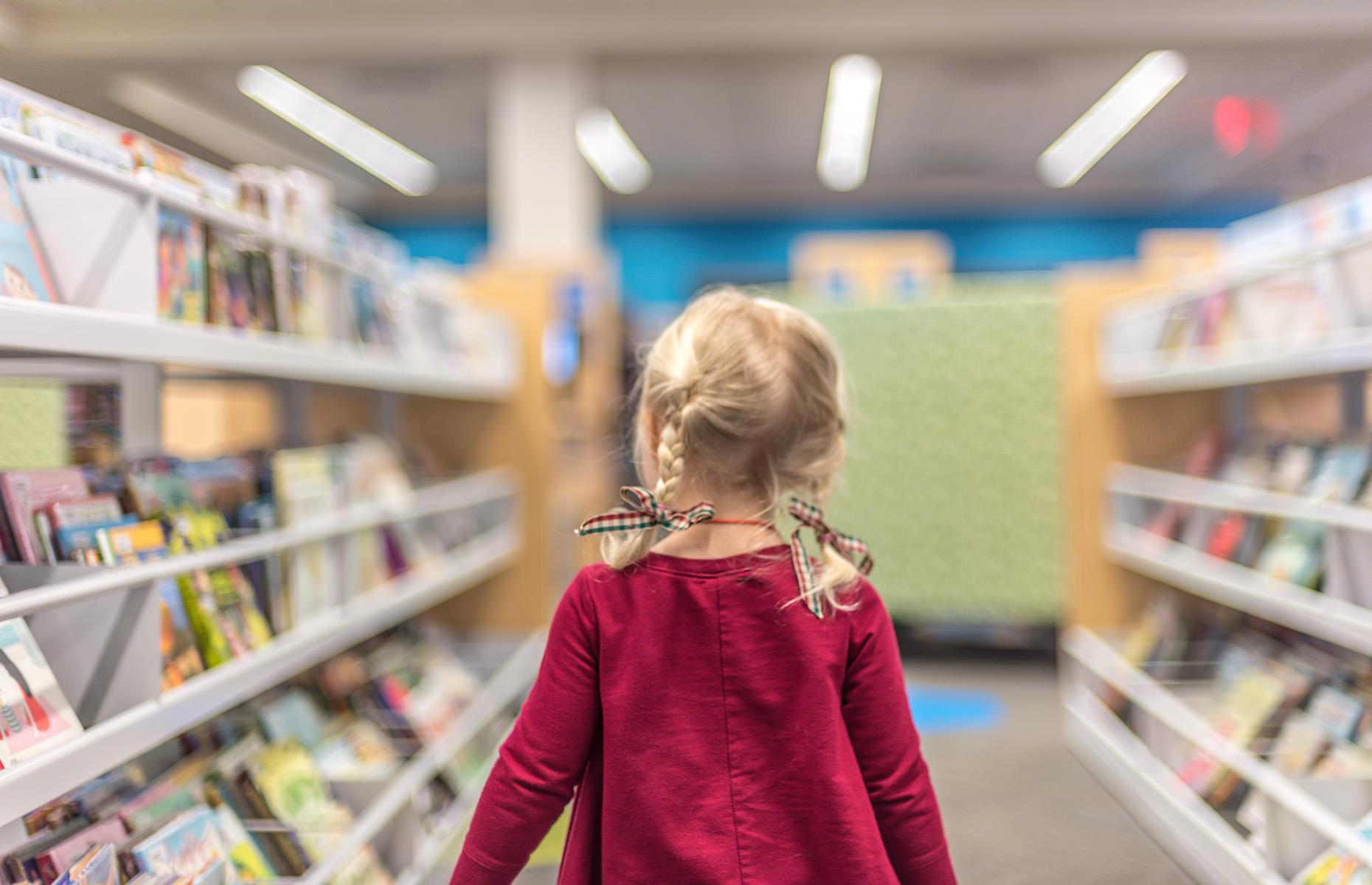 In 1980, Charles published a children’s book. Titled The Old Man of Lochnagar, the tale is set in the Scottish Highlands and is based on a story that the prince had invented years earlier for his younger brothers, Andrew and Edward.

The BBC later turned the story book into an animation, and it also inspired a ballet that debuted at London's Sadler's Wells Theatre in 2007. 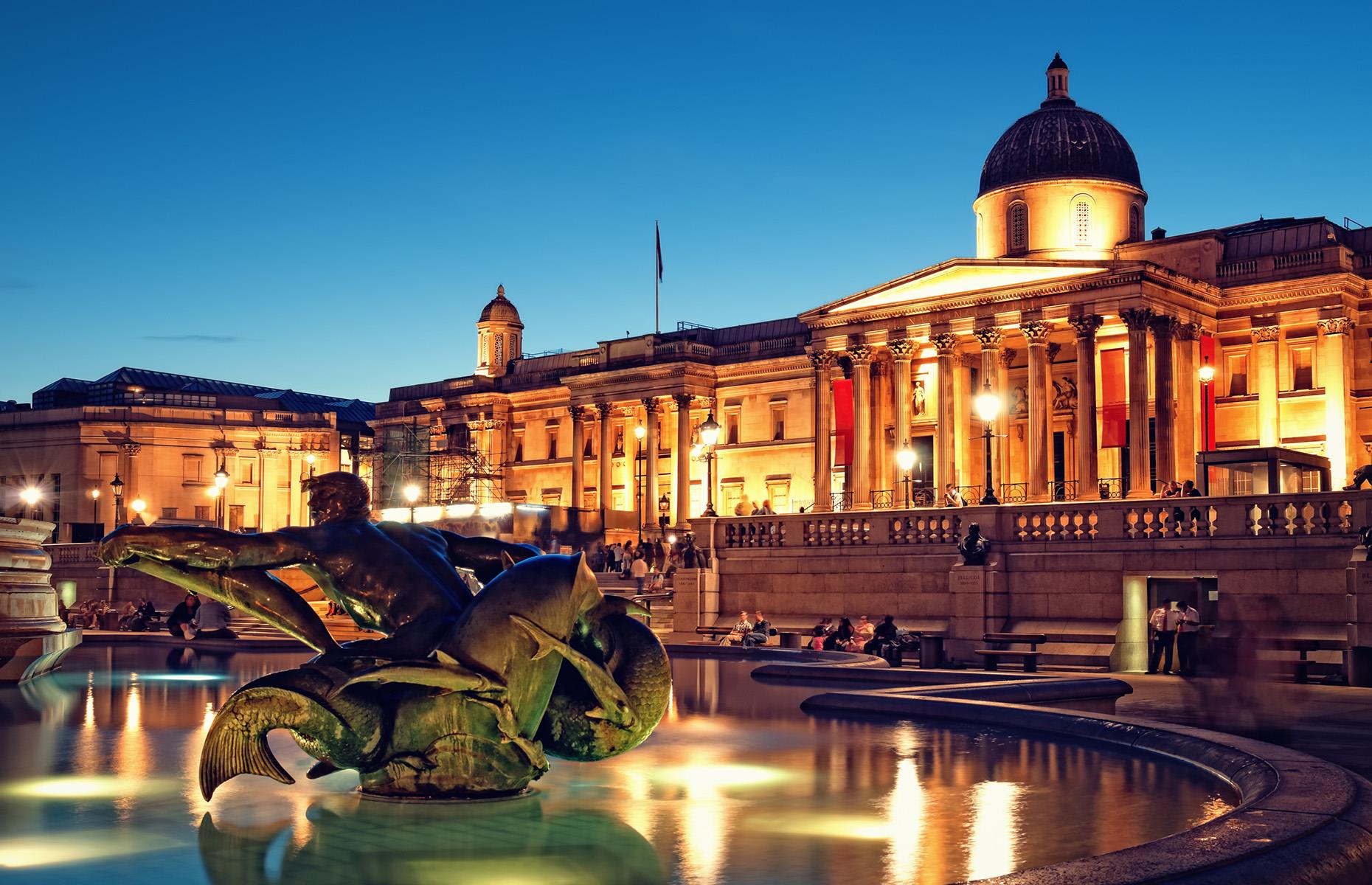 Charles has always had a fascination for architecture but holds a deep disdain for the "concrete stumps and glass towers" of modern design.

In 1984, he described a proposed extension to London's National Gallery as a "monstrous carbuncle on the face of a much-loved friend".

The plans were duly scrapped and, over 30 years later in 2016, the prince became the National Gallery's first Royal Patron. 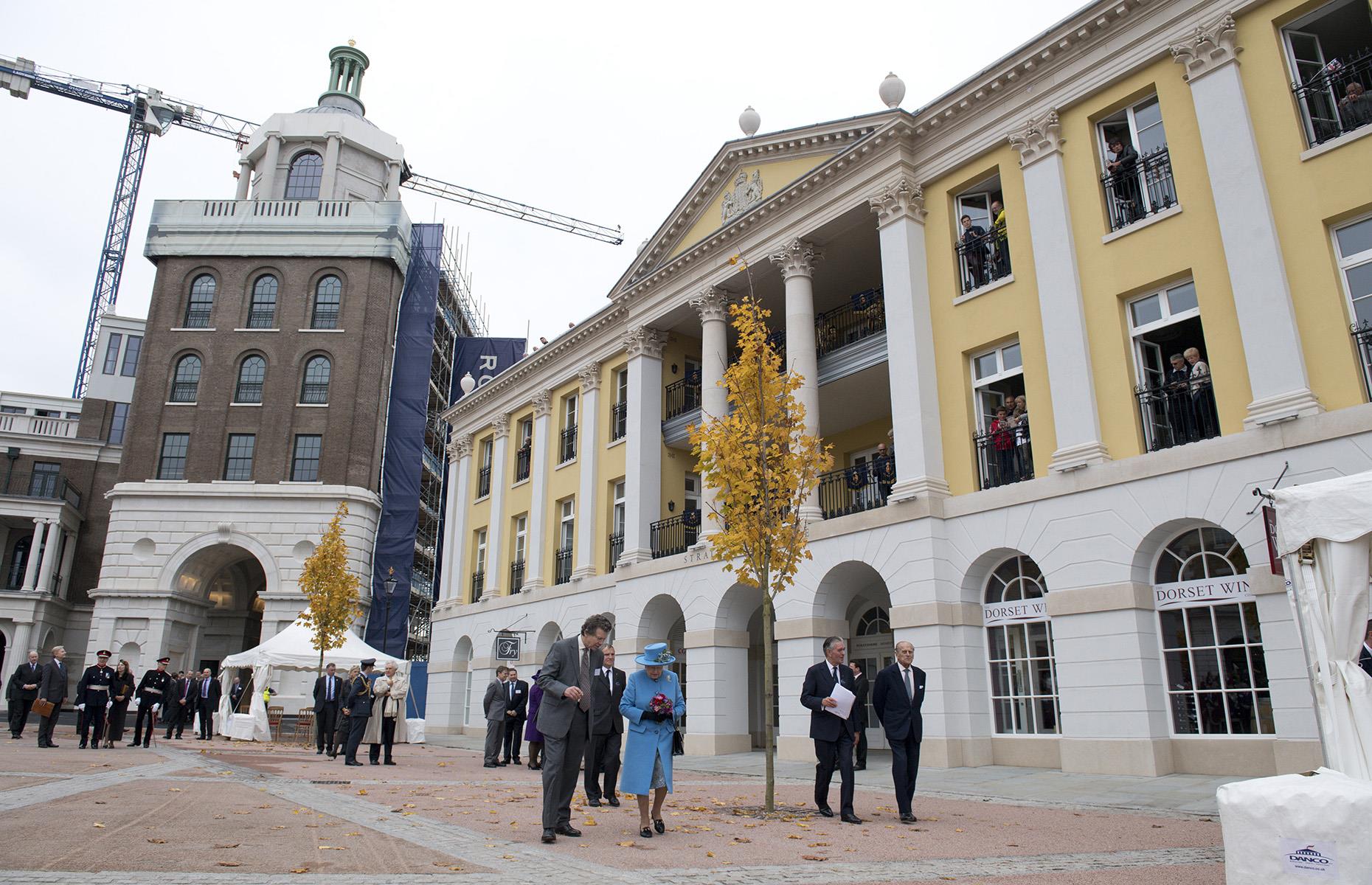 As his passion for architecture grew, Charles even decided to publish an outline of his belief that architecture should blend into landscapes and "respect indigenous roots".

The 1989 manifesto influenced his own property development, particularly at his planned community Poundbury, which, according to its website, has been created "to meet the expansion requirements of the town and to accord with the principles of sustainable development laid down by His Royal Highness The Prince of Wales in his book A Vision of Britain".

Located in Dorset, England, work on Poundbury began in 1993 and is expected to be completed within the next couple of years. An estimated 6,000 residents are expected to live in the area. 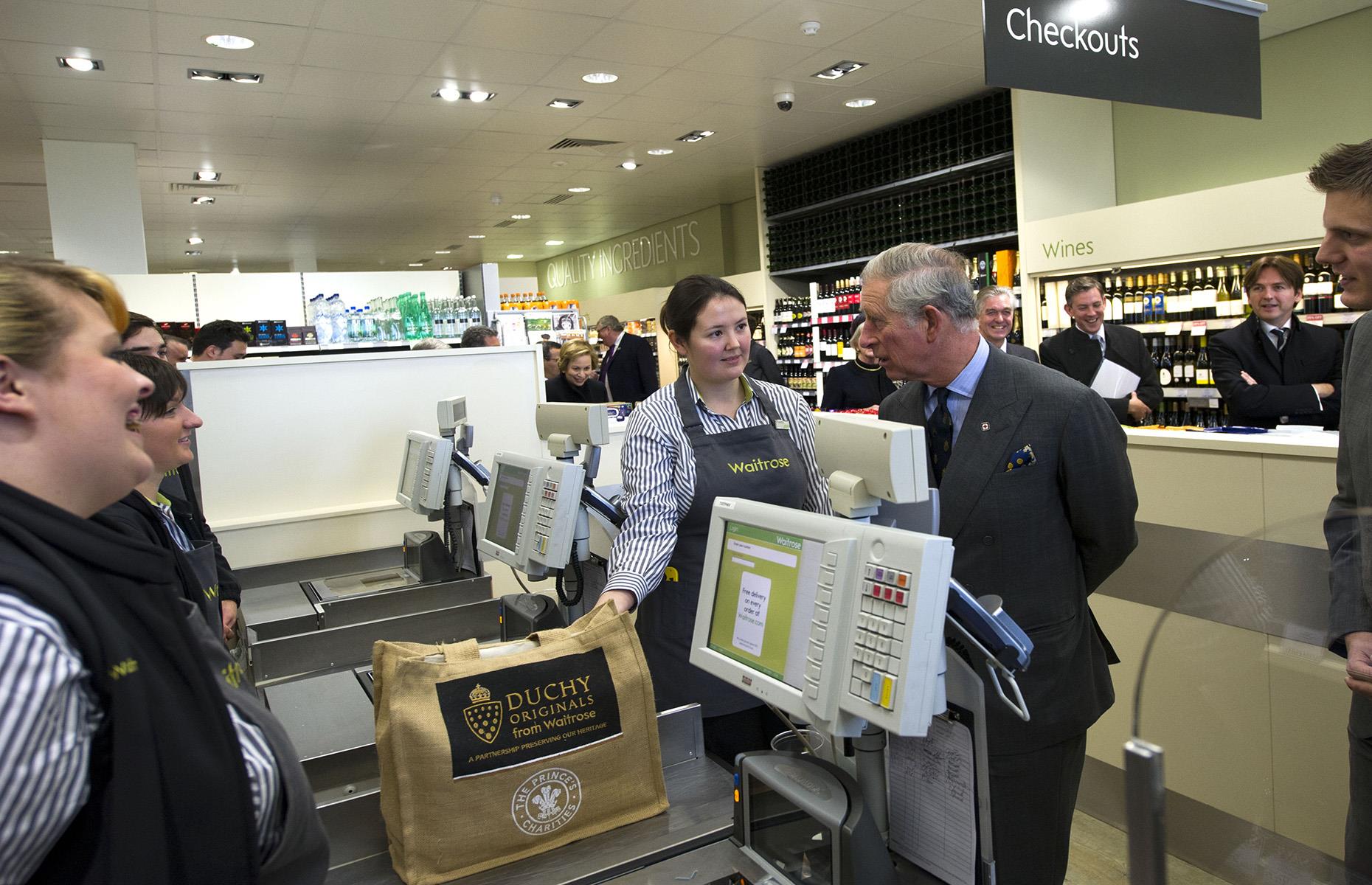 The brand, which was first launched in 1990, challenged traditional farming methods and genetic modification, which the prince had previously criticised.

Duchy Originals has since partnered with UK supermarket giant Waitrose and rebranded to Waitrose Duchy Organic. It currently sells over 200 products, with all proceeds donated to charity. 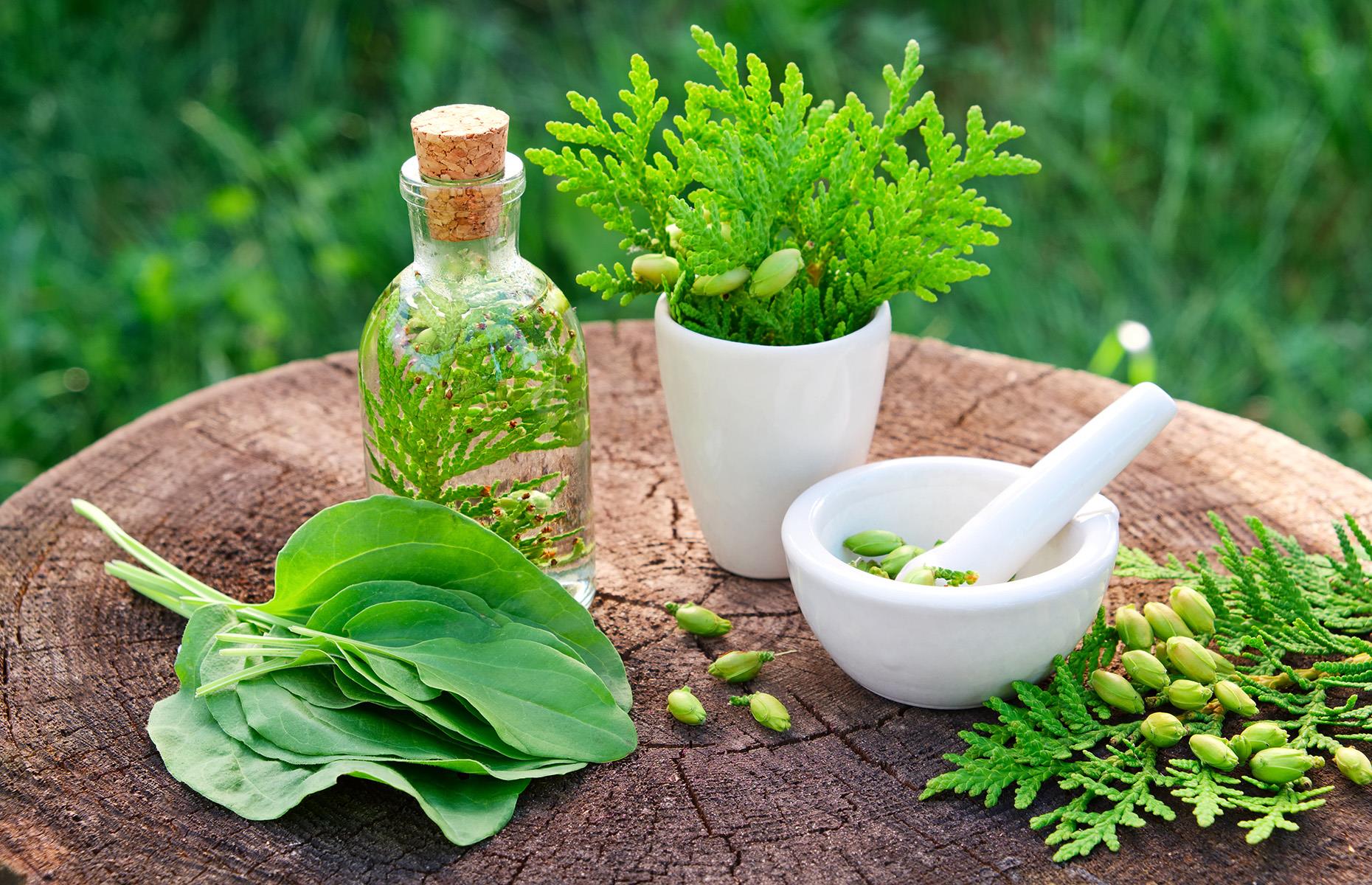 In 2006, Charles gave a speech to the World Health Assembly where he urged professionals to integrate the use of homoeopathy into modern medicine.

As part of its range of products, Duchy Originals has even produced a line of herbal medicines. Charles also became the patron of the Faculty of Homeopathy in 2019, though he's received criticism for endorsing the controversial practice.

The Prince's May Day Network

Furthering his environmentalism, Charles launched The Prince's May Day Network in 2007.

The organisation is aimed at encouraging businesses to take action on climate change. Over 3,500 organisations, including the likes of BT and Adnams Brewery, have become members over the last decade. 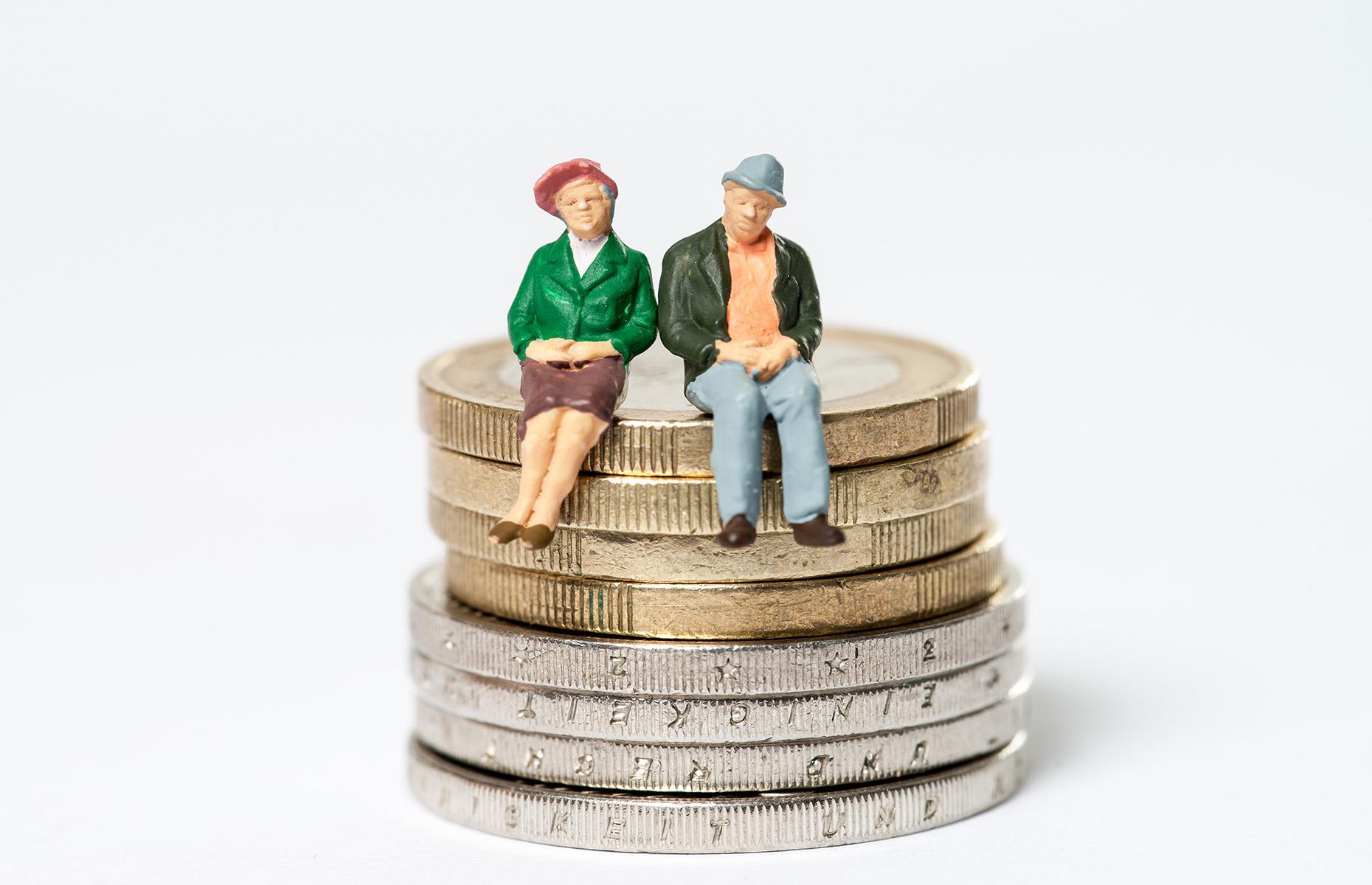 A pension fit for a prince

Like much of the public, Charles has paid tax – although it is voluntary for royals – and as such, he's built up a state pension.

It's been widely reported that when he turned 65 in 2013, he donated the pension to an unnamed charity that supports the elderly. 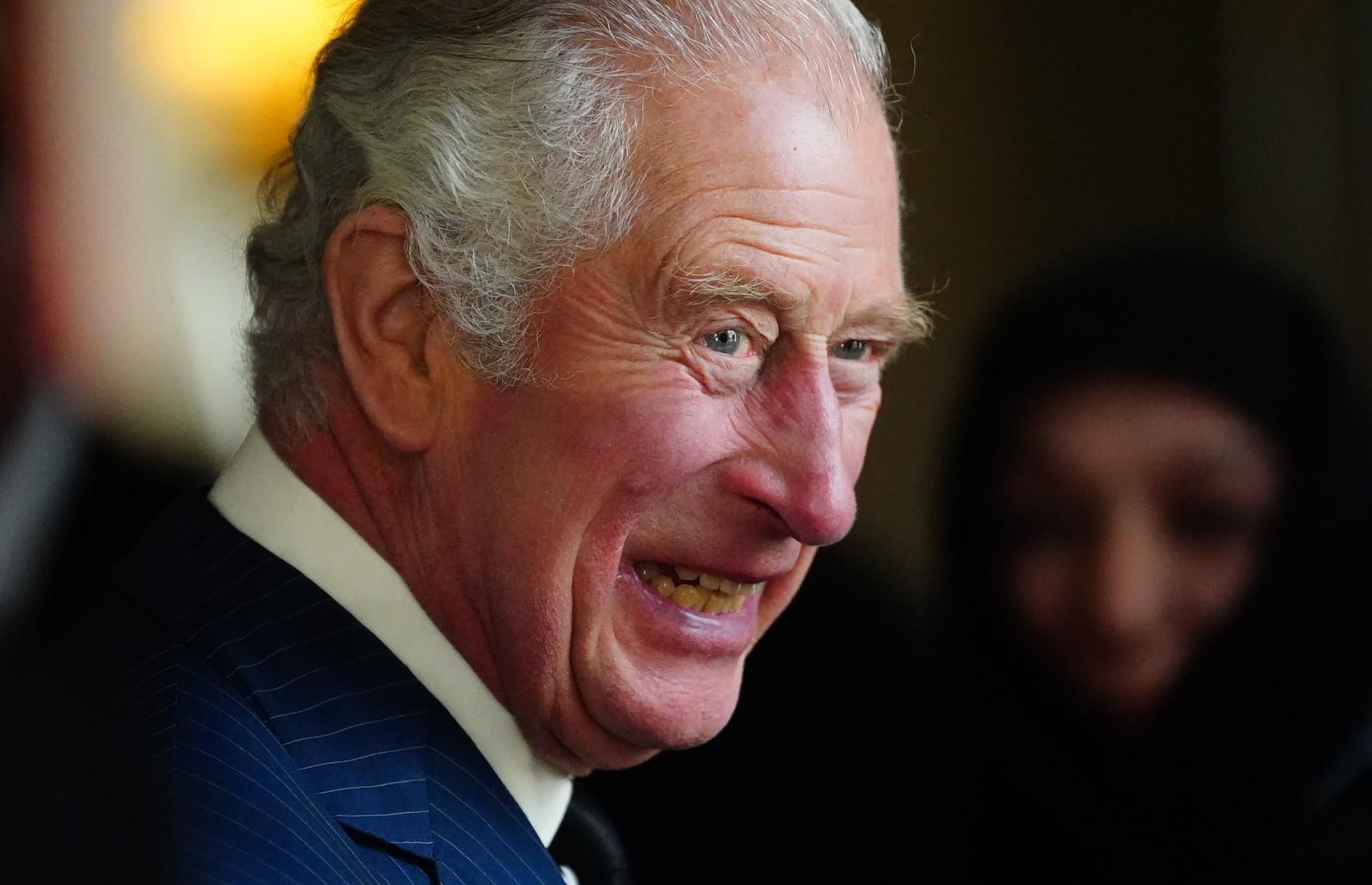 So what happens next?

Since he founded The Prince's Trust in 1976, Charles has built up an impressive portfolio of charitable work.

Incredibly, he's believed to be the president, patron or member of over 400 charities with causes including the environment, business enterprise and education.

So now that he's HM King Charles III, how will the monarch's new title impact his wealth, charitable endeavours, and other business ventures? 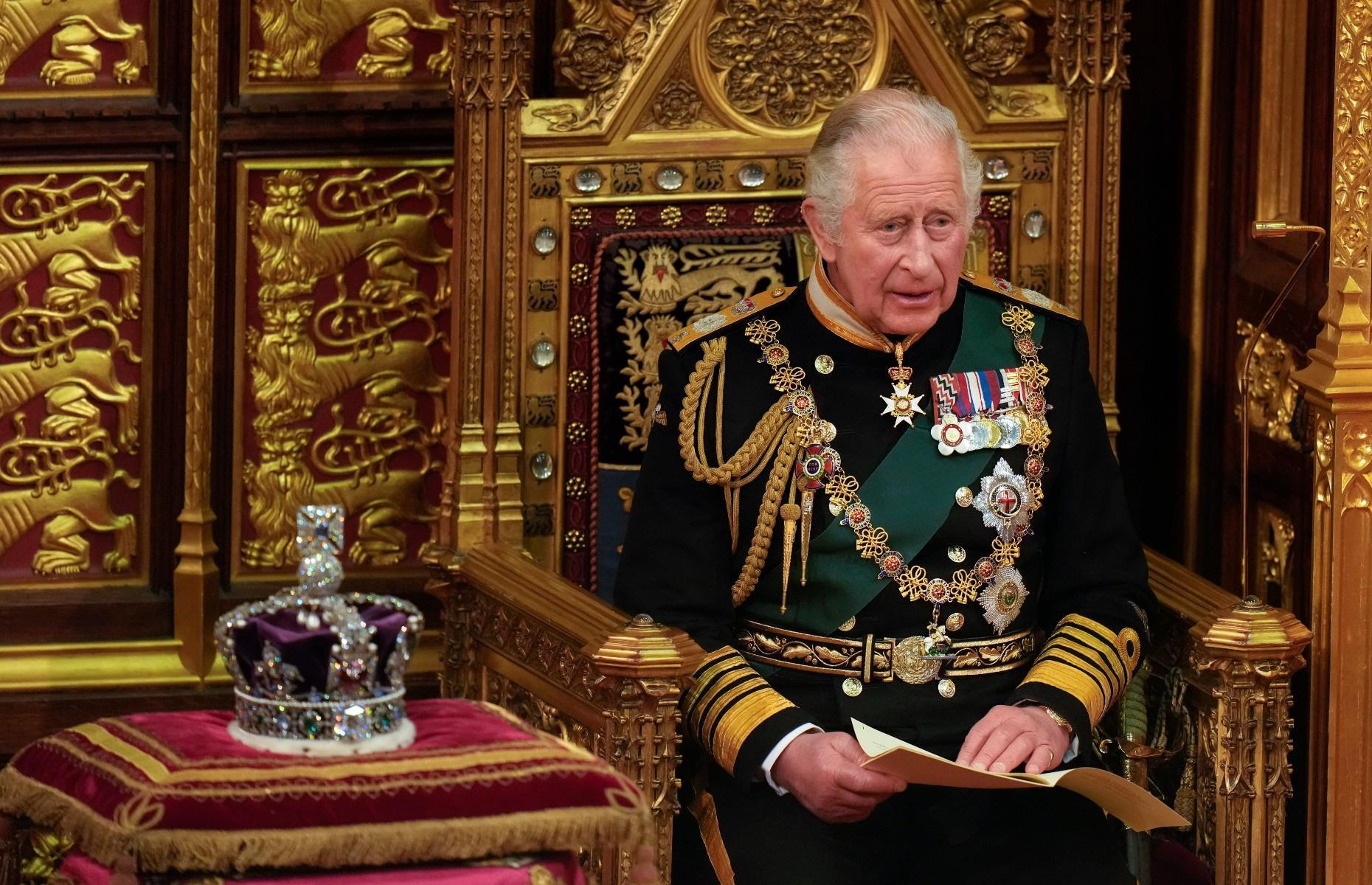 It's estimated that King Charles had a personal fortune of around $100 million (£85.4k) prior to taking the throne. However, his fortune is set to grow substantially, as he's inherited his late mother's private wealth.

It's unknown exactly how much of the Queen's personal fortune Charles has received: monarchs' wills are sealed after their death.

However, it is known that the highly lucrative Duchy of Lancaster estate is included within the bequeathment... 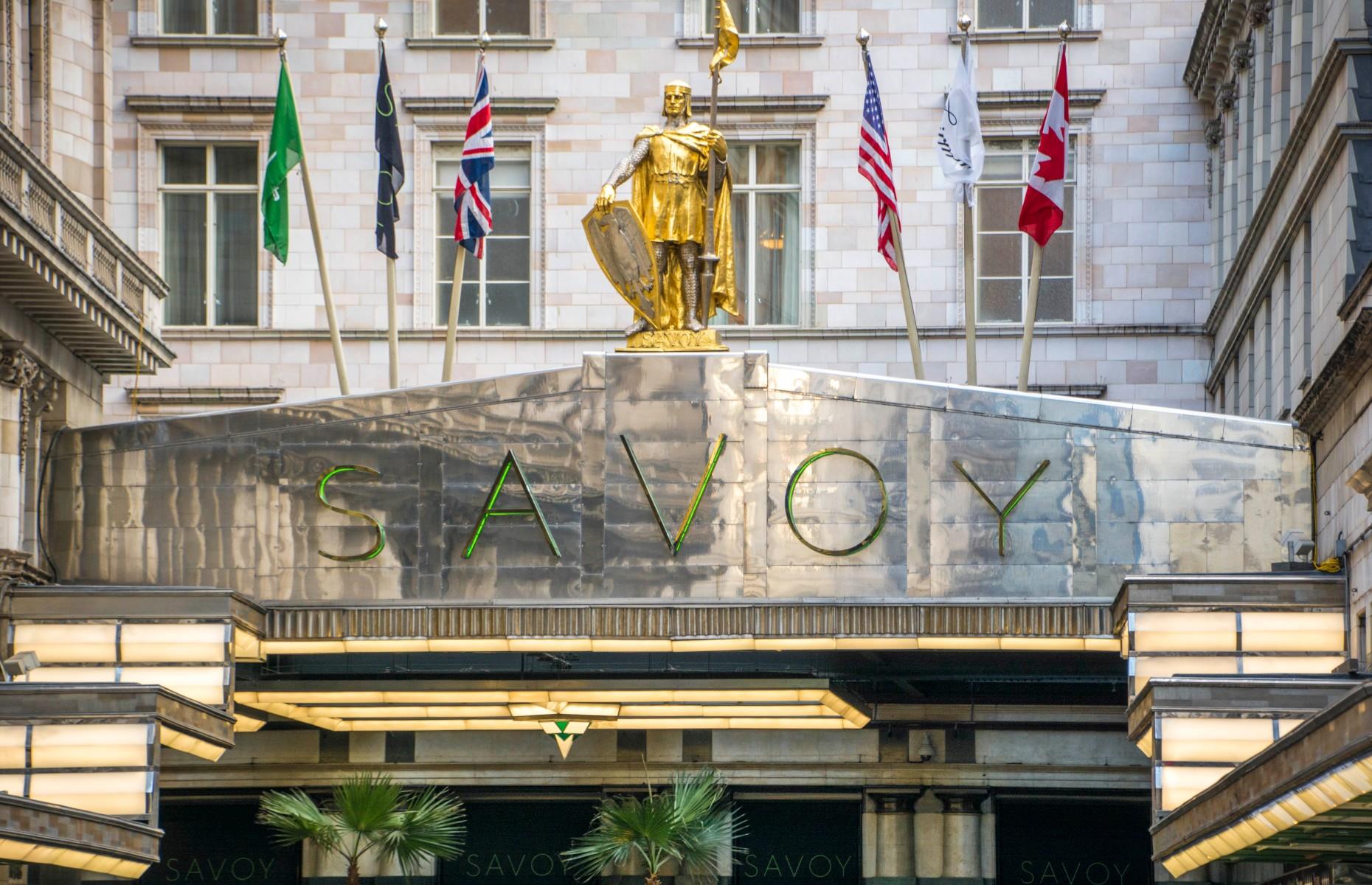 Founded in 1351, the Duchy of Lancaster is a private estate that comprises land, property, and other assets, all belonging directly to the Sovereign.

King Charles is now entitled to all of its profits and is under no obligation to pay income tax, capital gain tax or inheritance tax on them.

The estate includes London's prestigious Savoy Hotel (pictured) and Somerset House. As of March 2022, the Duchy of Lancaster had net assets of £652.8 million ($755.4m). 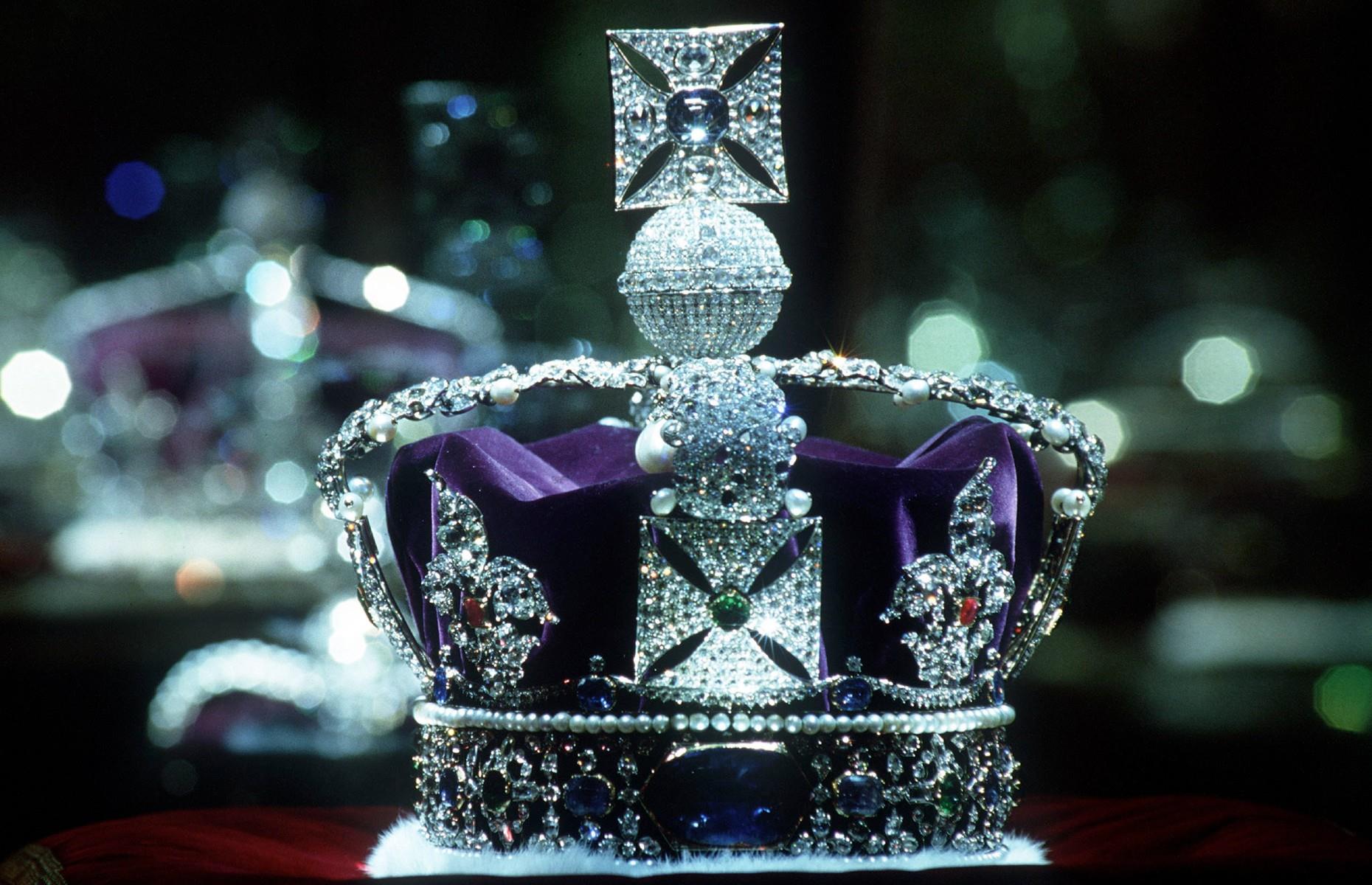 King Charles won’t directly inherit the sprawling Crown Estate property portfolio, nor will he directly benefit from the Royal Collection of art and jewellery. Instead, these assets will be passed on to the new monarch in a trust.

The Prince and Princess of Wales

While Charles has inherited a fortune, he's lost his lucrative Duchy of Cornwall estate, the private estate founded in 1337 by King Edward III for his son and heir Prince Edward.

Traditionally, the estate funds the heir of the monarch. In the past, it's comprised a lucrative range of properties, such as farmland, oyster fisheries, granite quarries, and tin mines. It also includes real estate in London, and even Dartmoor Prison.

The estate has now been passed on to Prince William and his wife Catherine, with the couple assuming the titles of Prince and Princess of Wales. 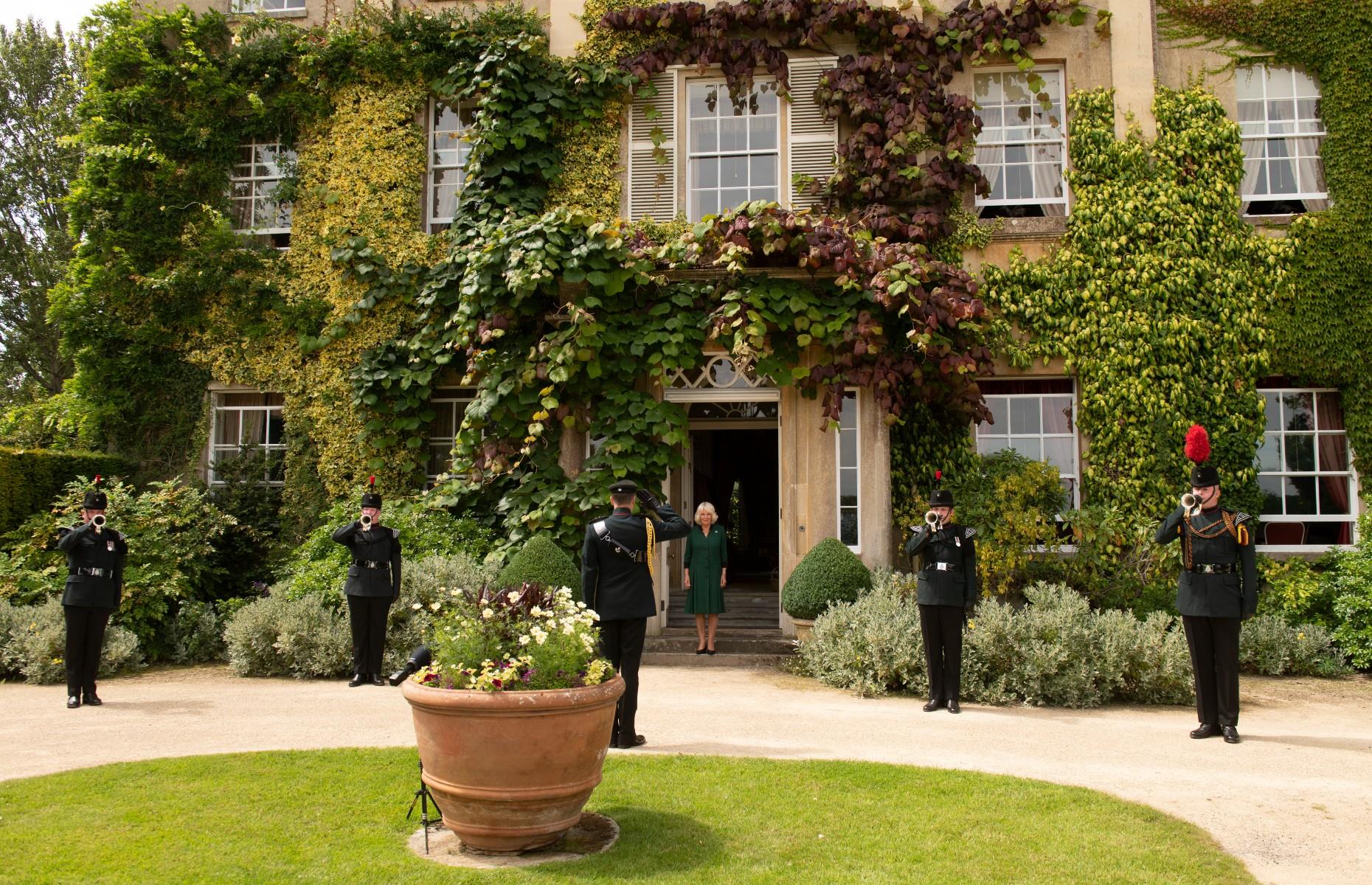 The Duchy of Cornwall

As Prince William has inherited the Duchy of Cornwall estate, he is now the owner of King Charles' beloved Highgrove House in Gloucestershire (pictured).

Charles is reportedly quite attached to the country estate, but William is now his father's landlord, with sources revealing that he could charge the king as much as £700,000 ($799k) a year in rent. But it’s more than just accommodation for the royals: it's also a sustainable organic farm. Charles was initially criticised for some of his modern ideas about farming techniques, but he actually paved the way for many other farmers.

It's unclear if Charles wishes to continue using the property now that he's king, with reports suggesting that he might opt to reside in Buckingham Palace instead. 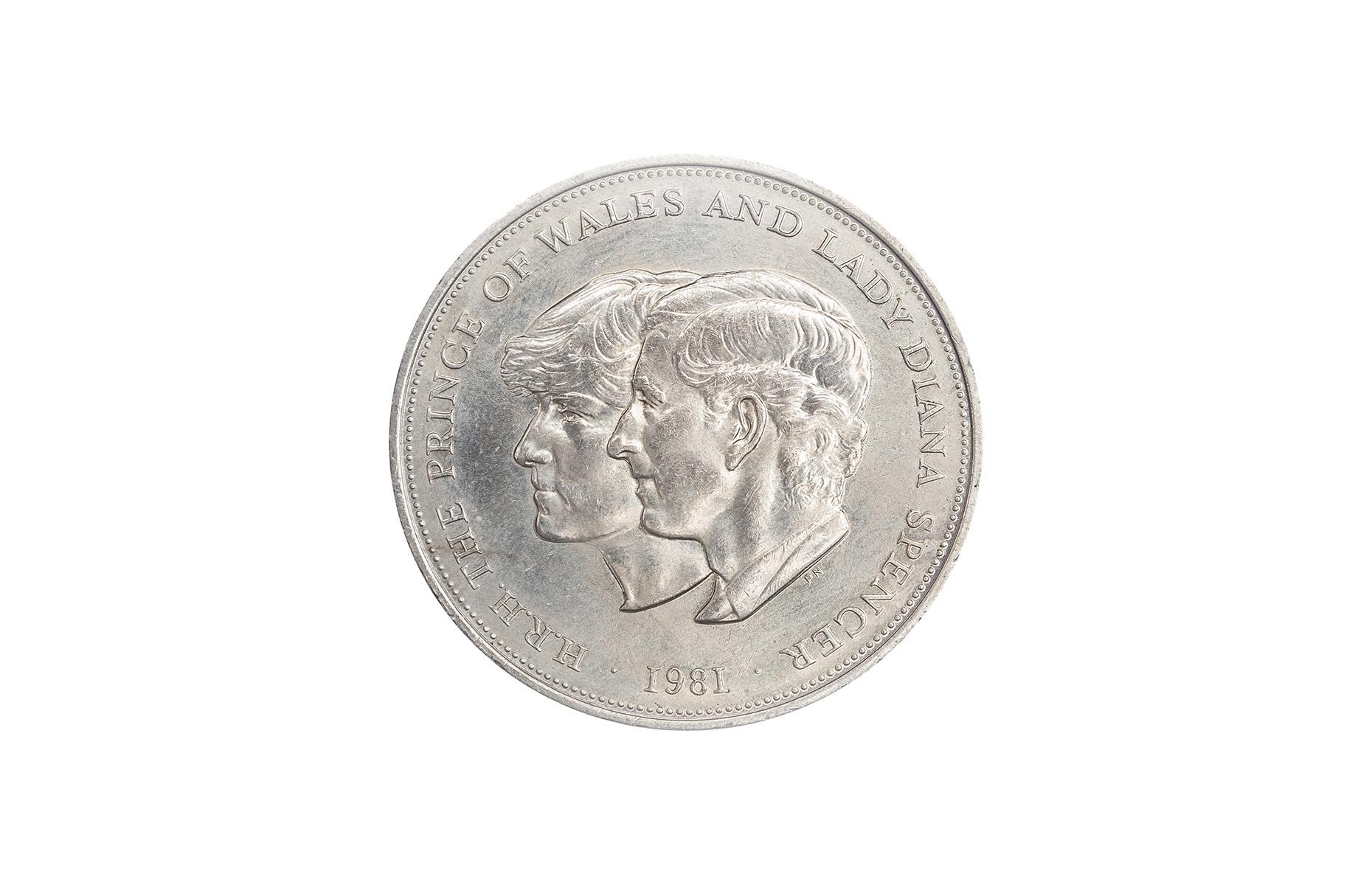 How much is the Duchy worth?

The Duchy of Cornwall is now made up of approximately 52,000 hectares and spans across 23 counties in England and Wales.

The estate, which includes over 600 residential lettings and 700 agricultural tenancies, is mostly in the southwest of England. 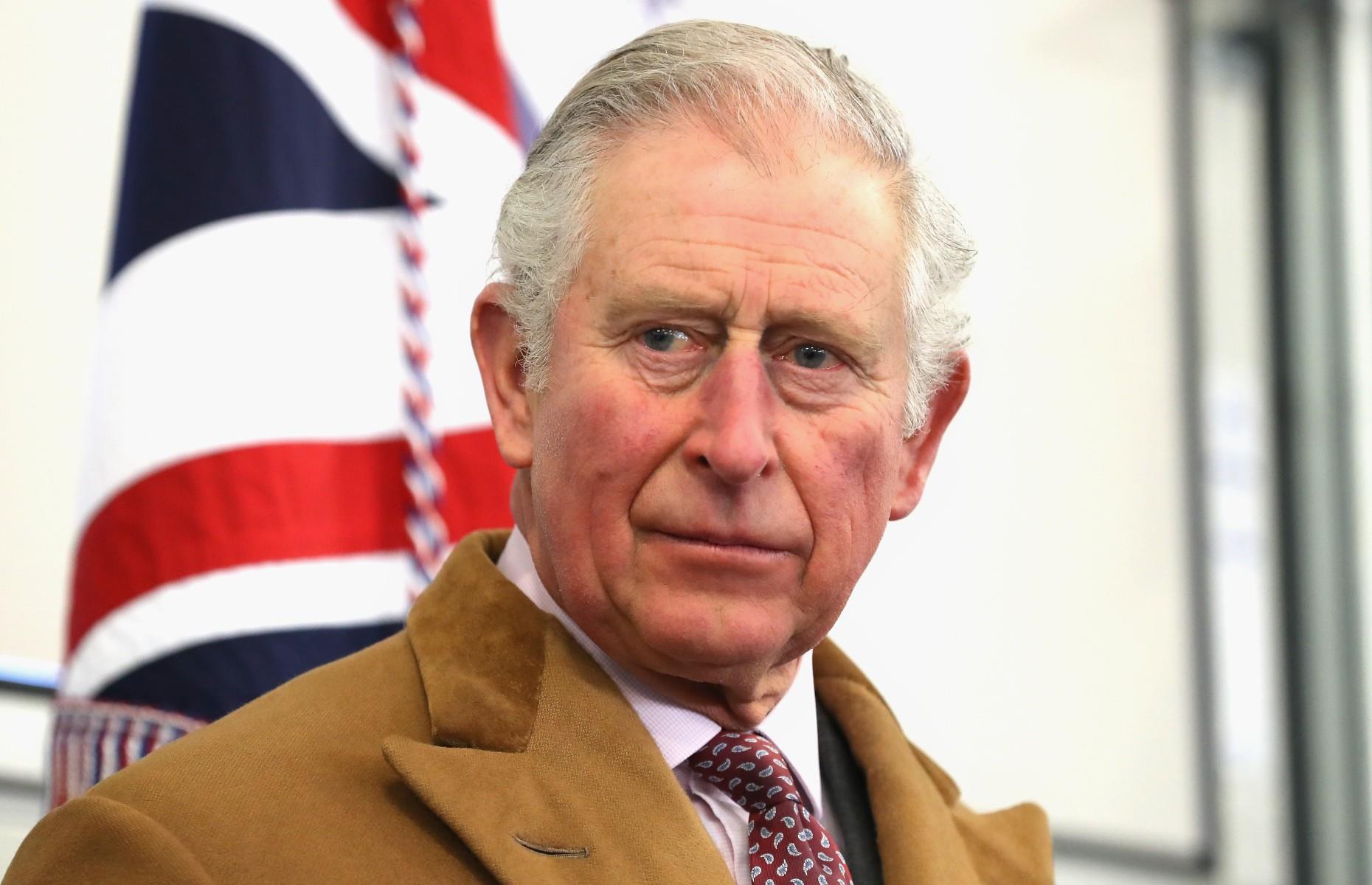 The Prince's Trust lives on

While King Charles will be redistributing many of his charity patronages, it's been confirmed by The Prince's Trust CEO Martina Milburn that the charity he founded almost 50 years ago will continue its work and retain its original name. 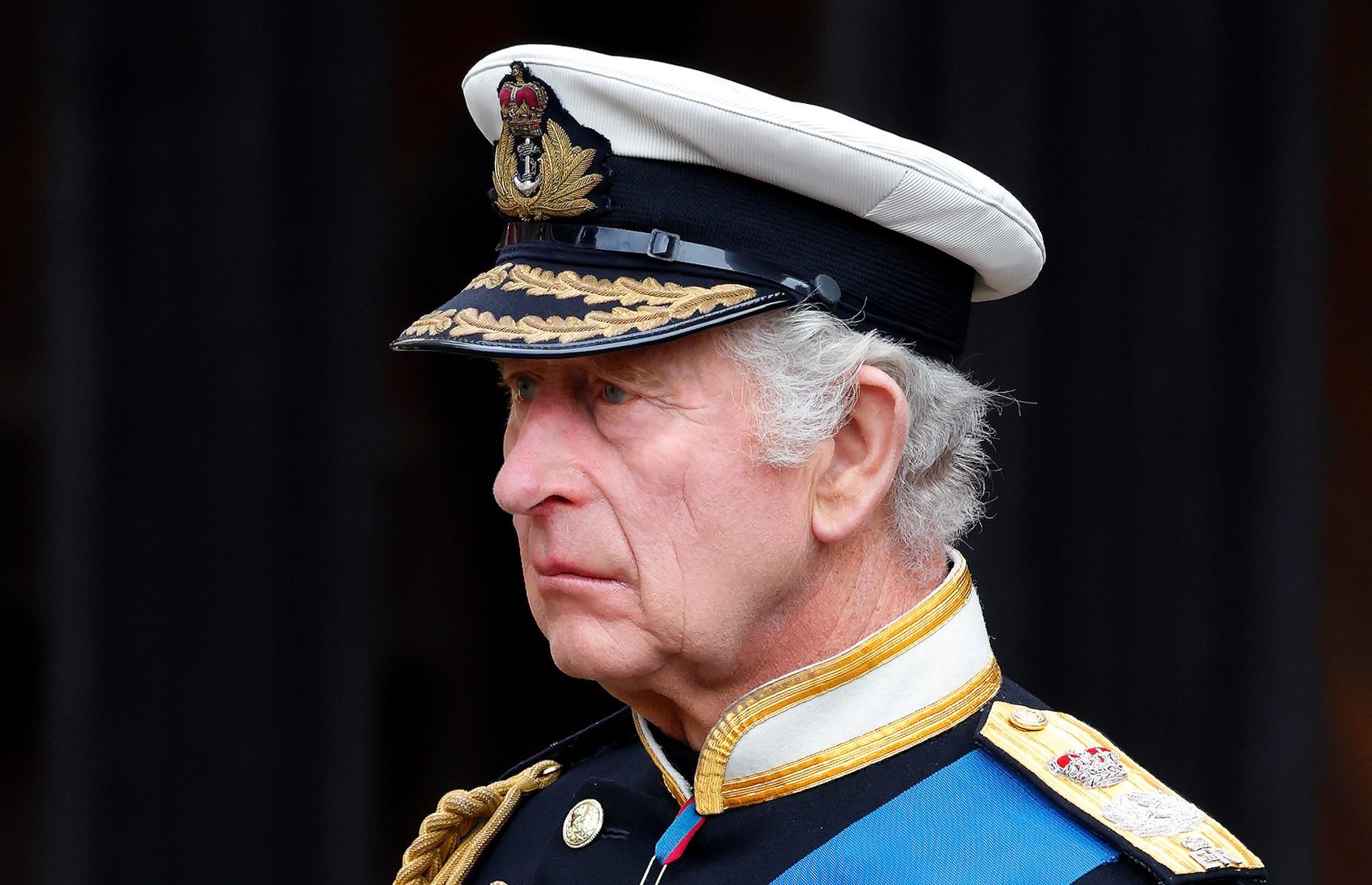 Even though Charles is now king, it's believed that Duchy Originals will continue to operate as its own entity, with all profits still to be donated to charitable causes.

Now take a look at Prince Harry, Meghan Markle and the other royals who work for a living