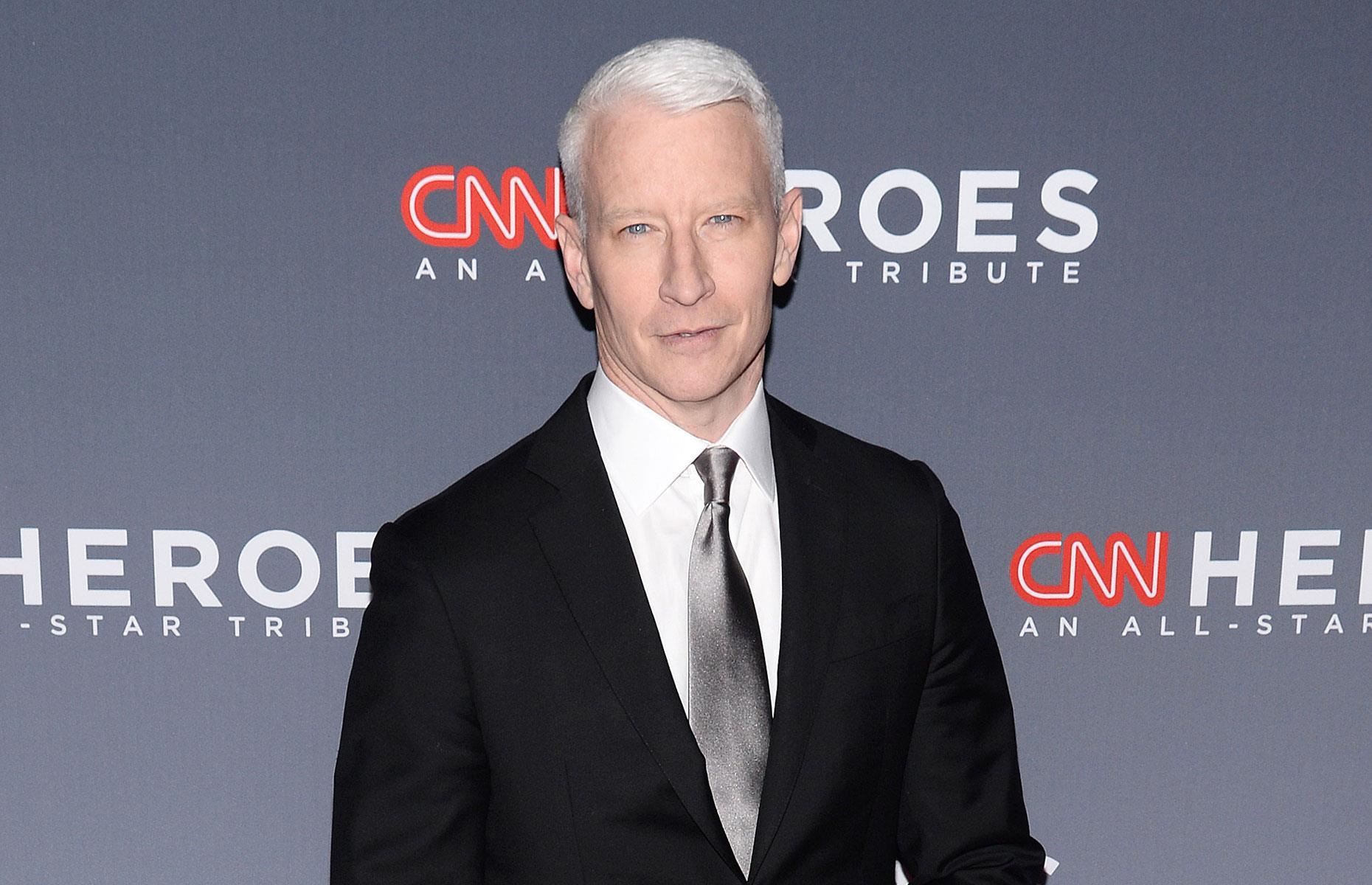 Old-money families in the 21st century

Anderson Cooper has just started his two-week run guest hosting the hugely popular US TV show Jeopardy! .The successful CNN news anchor and award-winning TV presenter reportedly earns a lot of money from his CNN role alone, but he is also a descendant of the famous Vanderbilt dynasty and inherited money after his mother Gloria Vanderbilt passed away last year, although allegedly not as much as people thought. The likes of the Vanderbilts, Gettys and Rothschilds are synonymous with extreme wealth, but are these legendary old-money families still as rich and powerful in 2021? Click or scroll through as we take a look at how the descendants of five of the world's most illustrious dynasties live and work today. 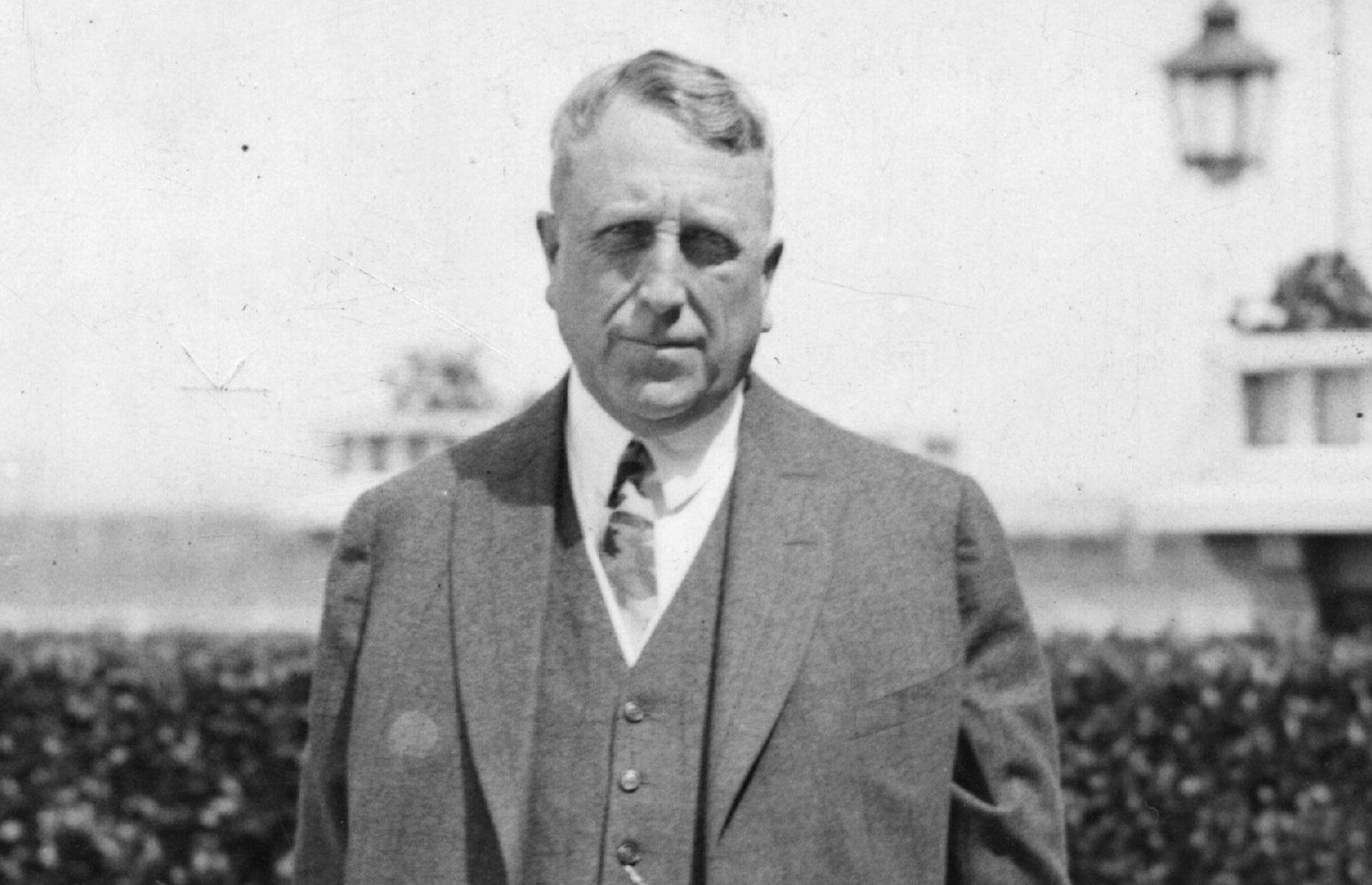 The original media mogul and the inspiration behind Orson Welles' Citizen Kane, William Randolph Hearst owned 28 major newspapers and 18 magazines at the peak of his career. He was worth the equivalent of $30 billion (£21.9bn) in today's money when he died in 1951. 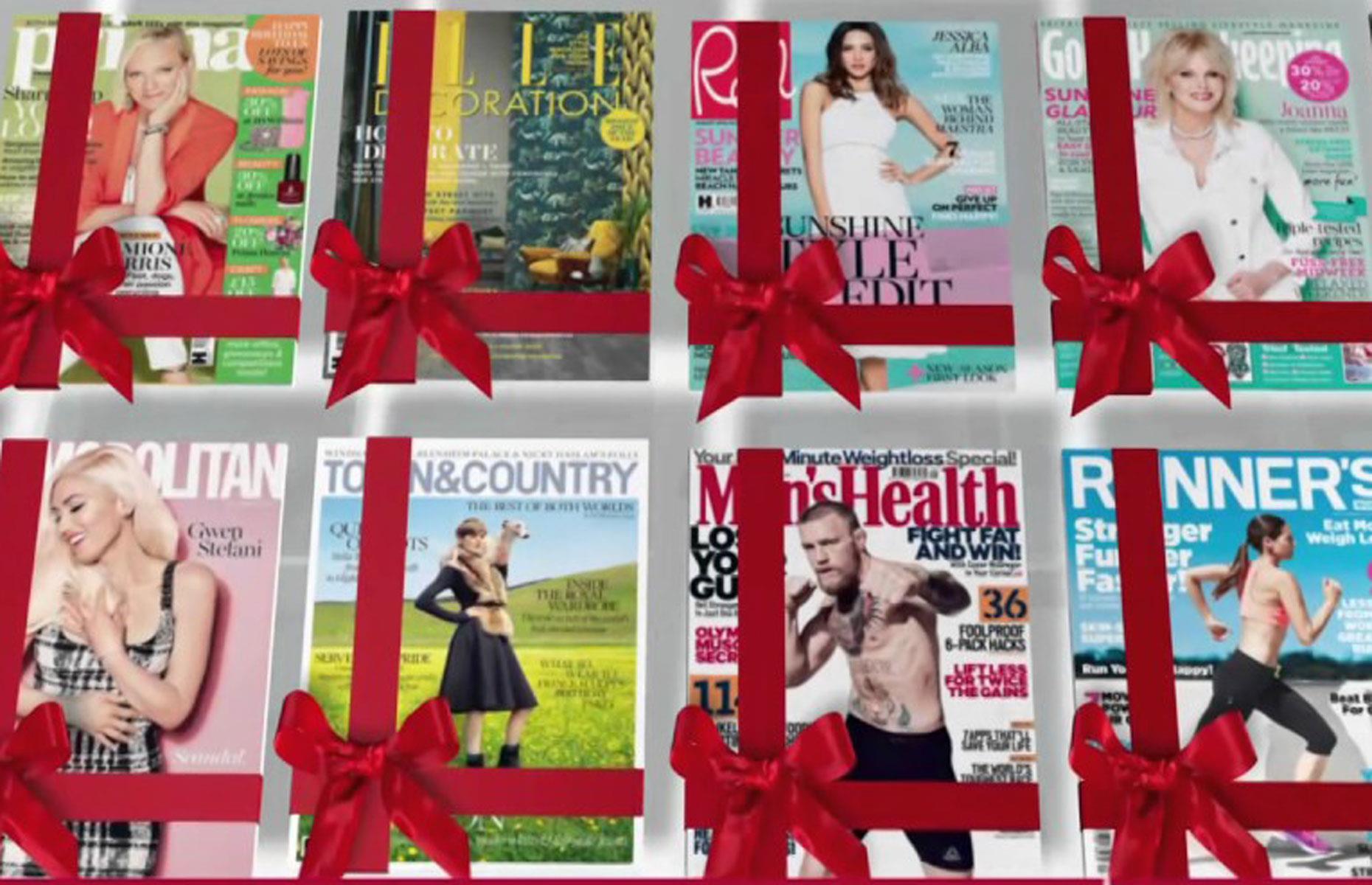 Unlike other dynasties, who in the most part gave away or squandered their money, the Hearsts held on to and expanded the family business. These days, the living heirs, who number around 67, are said to be worth a not-too-shabby $21 billion (£15.3bn) according to the most recent estimate by Forbes. 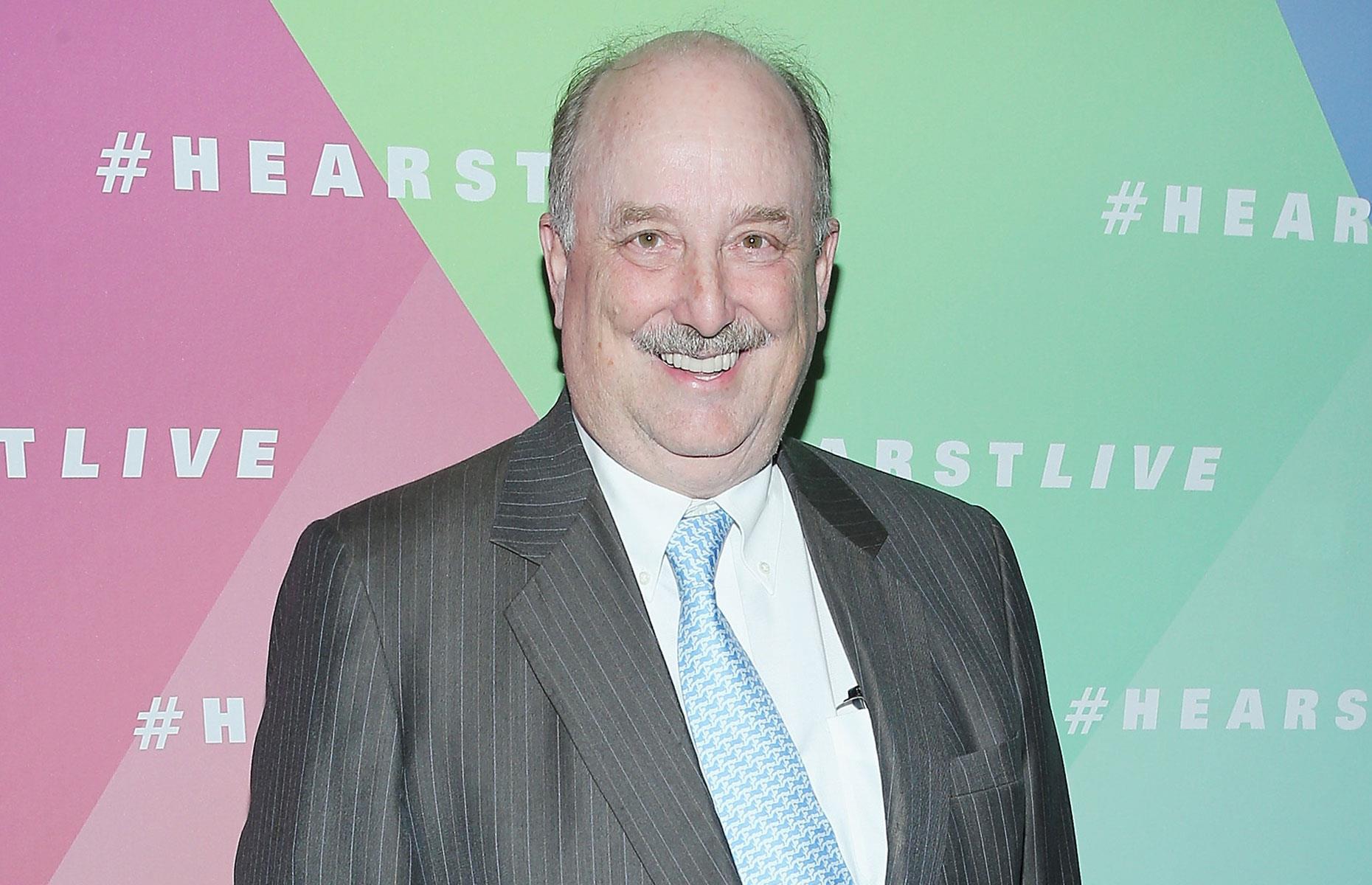 The Hearsts are still very much involved in the family company. The patriarch's grandson William Randolph Hearst III (pictured) is the current chairman of the Hearst Corporation and presides over the clan's charitable foundation. He was worth $2.3 billion (£1.7bn) at the last count.
Features 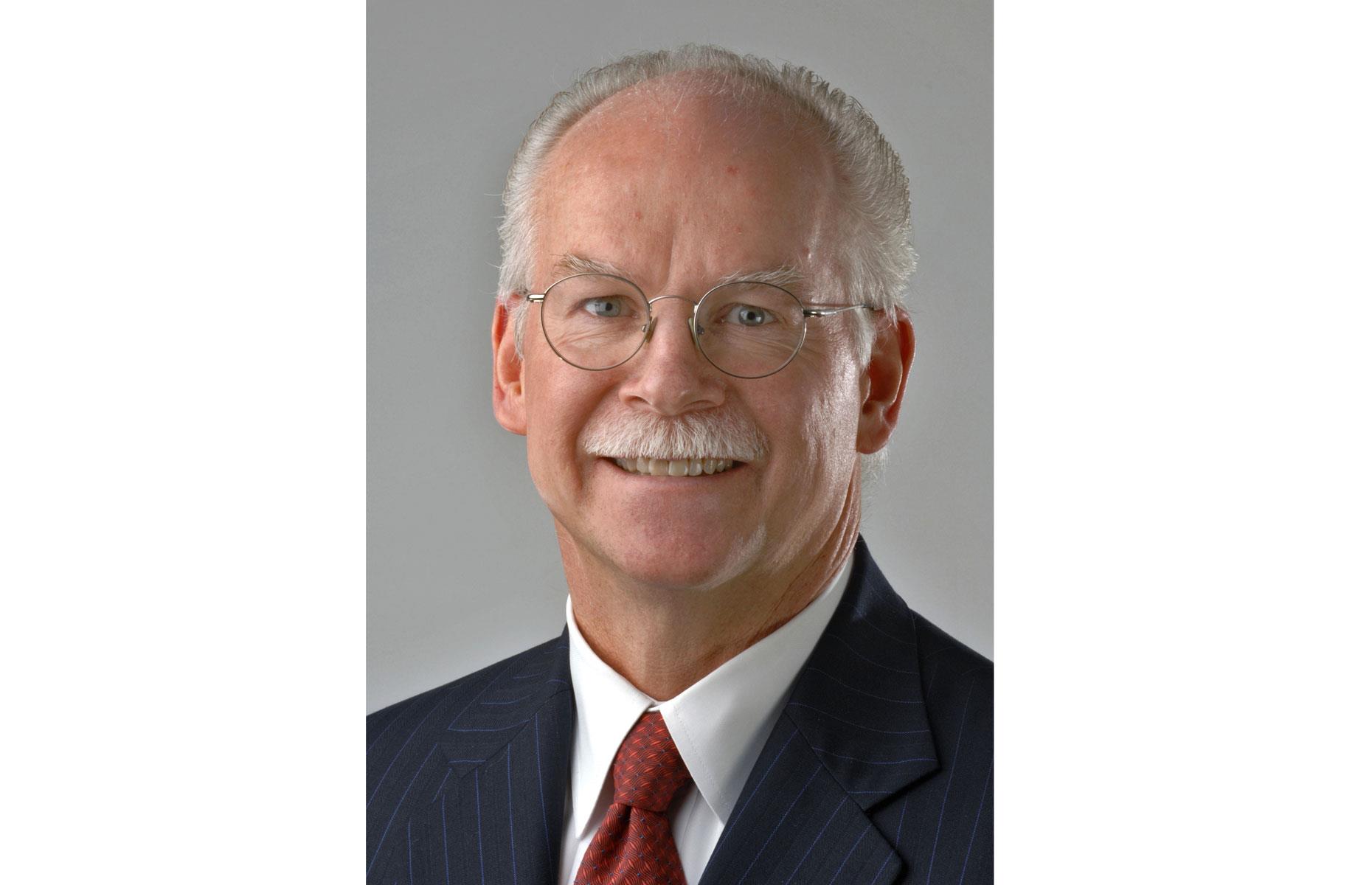 Sharing the family fortune, George Randolph Hearst III, a great-grandson of William Randolph Hearst, is the publisher and CEO of Upstate New York's Times Union newspaper and a director of the Hearst Corporation. 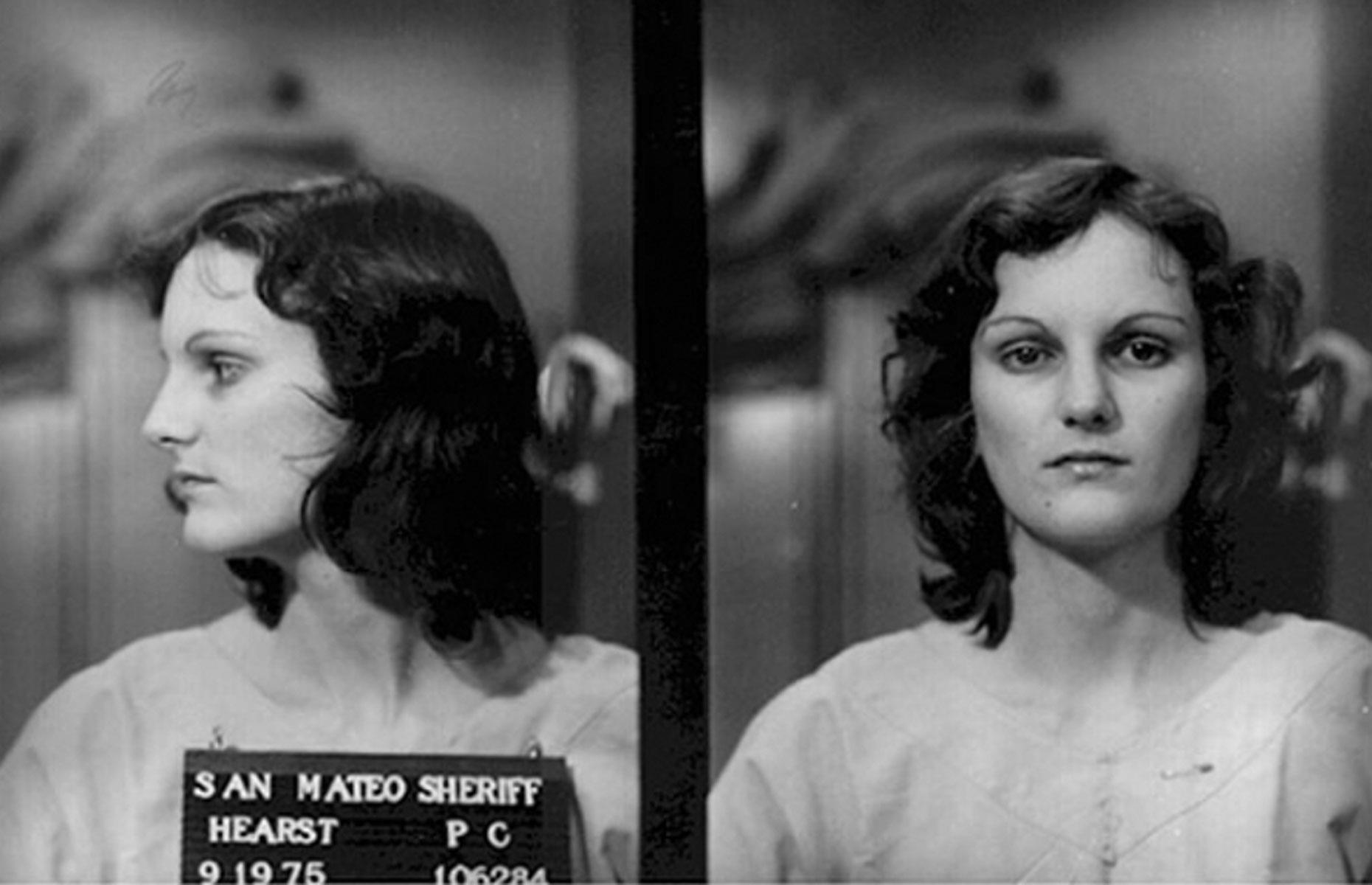 Another scion, Patty Hearst, a granddaughter of William Randolph Hearst, was famously kidnapped and held hostage in 1974 by domestic terrorist group the Symbionese Liberation Army. A victim of Stockholm Syndrome, Patty actually ended up robbing banks for the terrorists. When she was eventually discovered, Hearst was arrested and thrown in prison, but her sentence was later commuted and she was pardoned by President Clinton in 2001. Now a noted philanthropist, Patty Hearst is reportedly worth around $50 million (£36.5m). 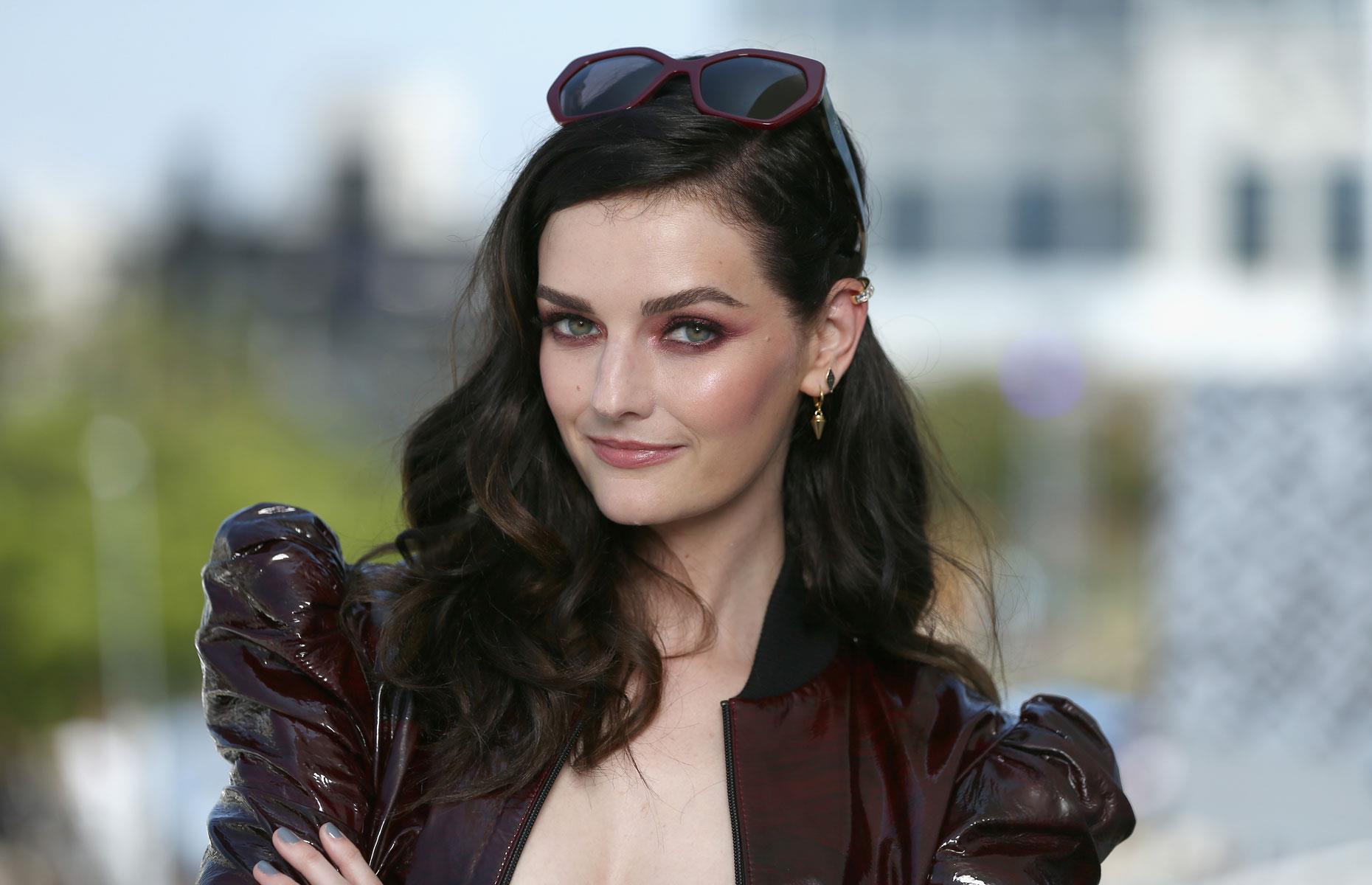 Patty's daughter, the model and actress Lydia Hearst (pictured), is likely to be even richer with an estimated fortune of $100 million (£73m). She's married to actor Chris Hardwick. 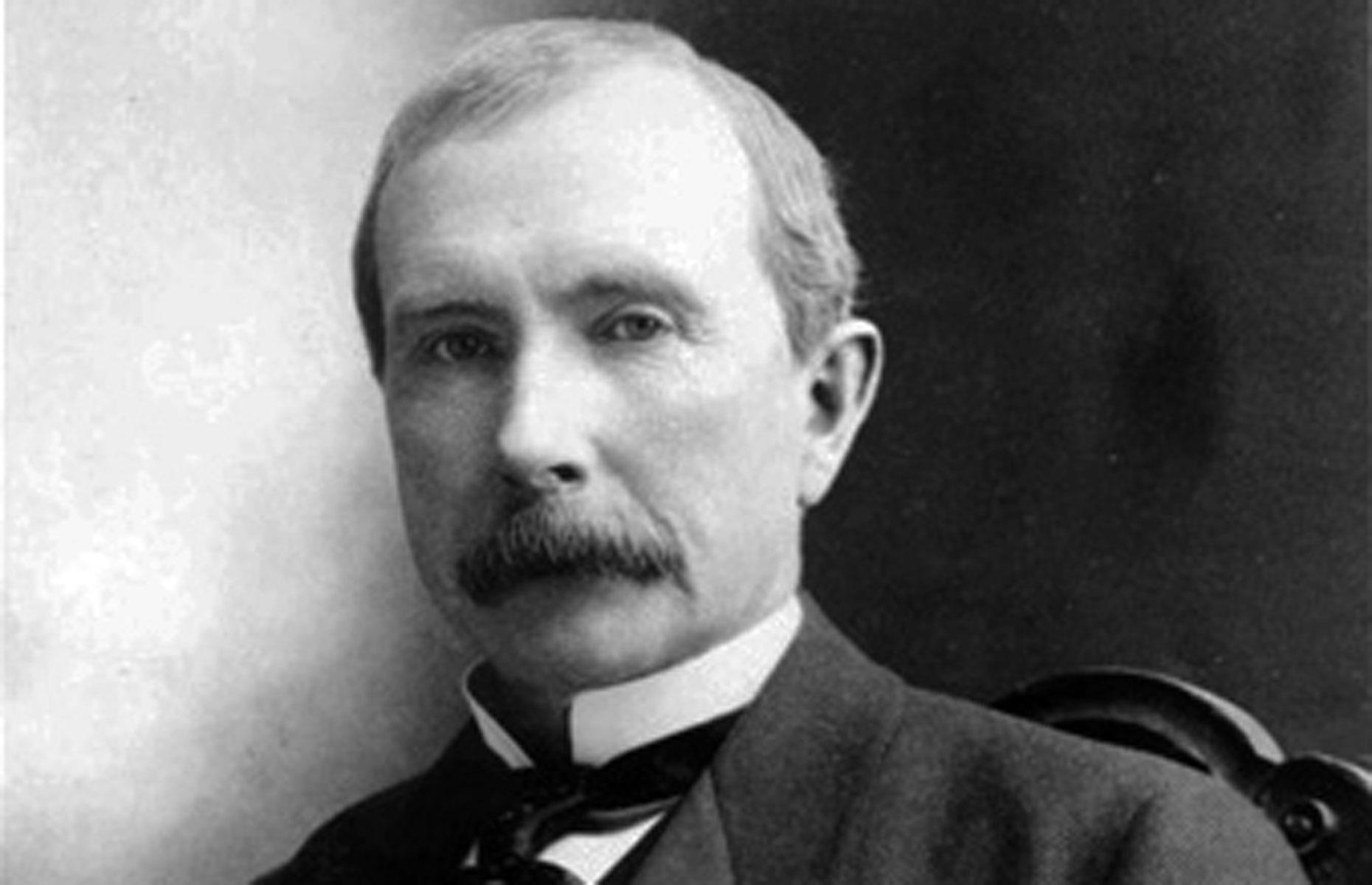 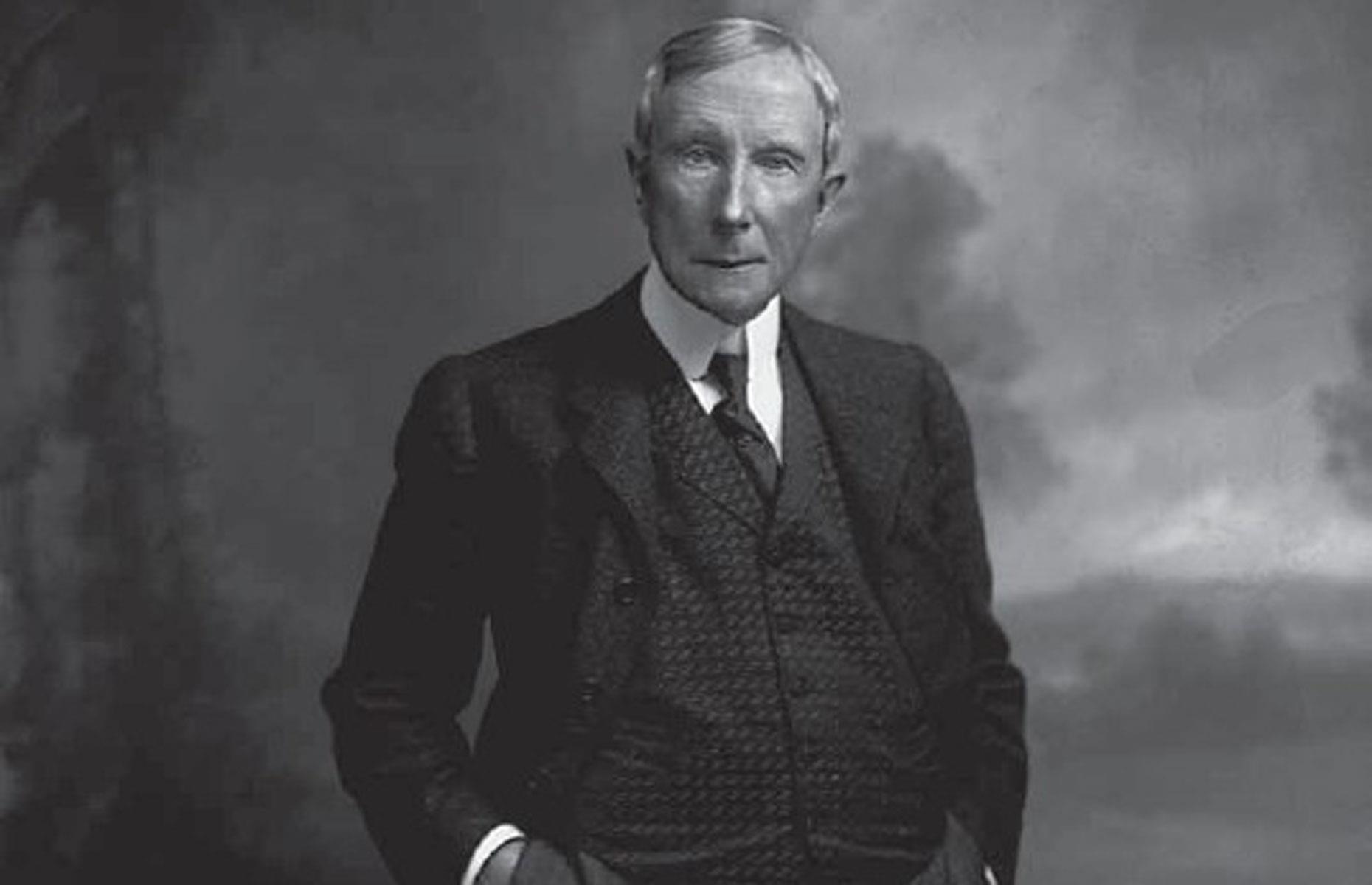 The richest private individual in modern history, John D. Rockefeller had a peak net worth of almost $400 billion (£292bn) in today's money. One of the fathers of modern philanthropy, the Rockefeller patriarch donated the bulk of his wealth to good causes before his death in 1937.
Features 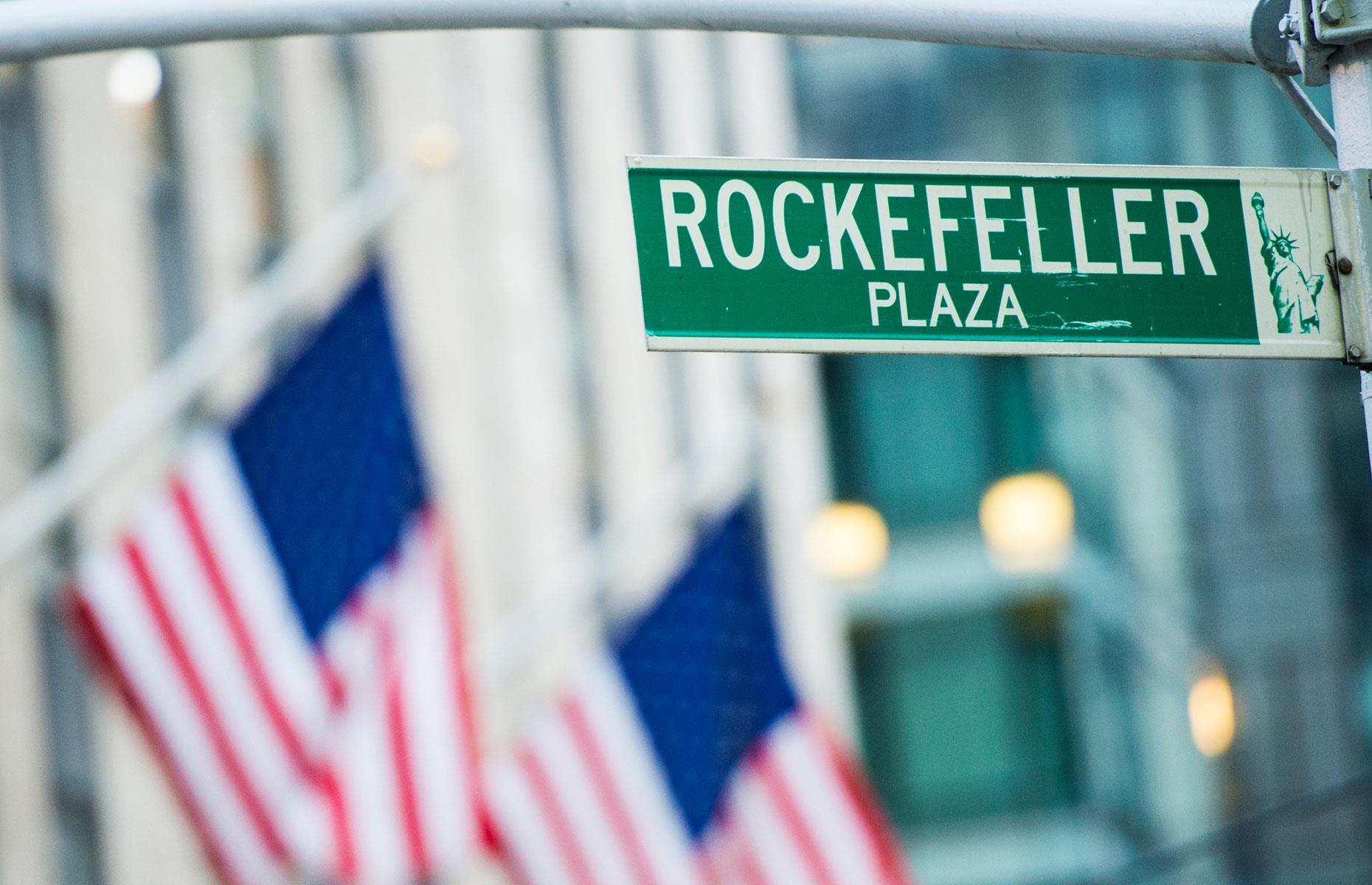 What is left of the Rockefeller family fortune is stashed away in charitable trusts or divided among hundreds of descendants. The clan's collective net worth was an estimated $8.4 billion (£6.1bn) in 2020, according to Forbes, but this figure may be on the conservative side.

What is certain is that the various family charitable trusts control hundreds of millions of dollars, and have helped fund arts and conservation projects, healthcare and international trade initiatives, and more. Here Dr. Rajiv J Shah, current President of The Rockefeller Foundation, is pictured on his first visit in Africa meeting with Mary Otieno, a fish vendor and participant of a Rockerfeller project.
Features 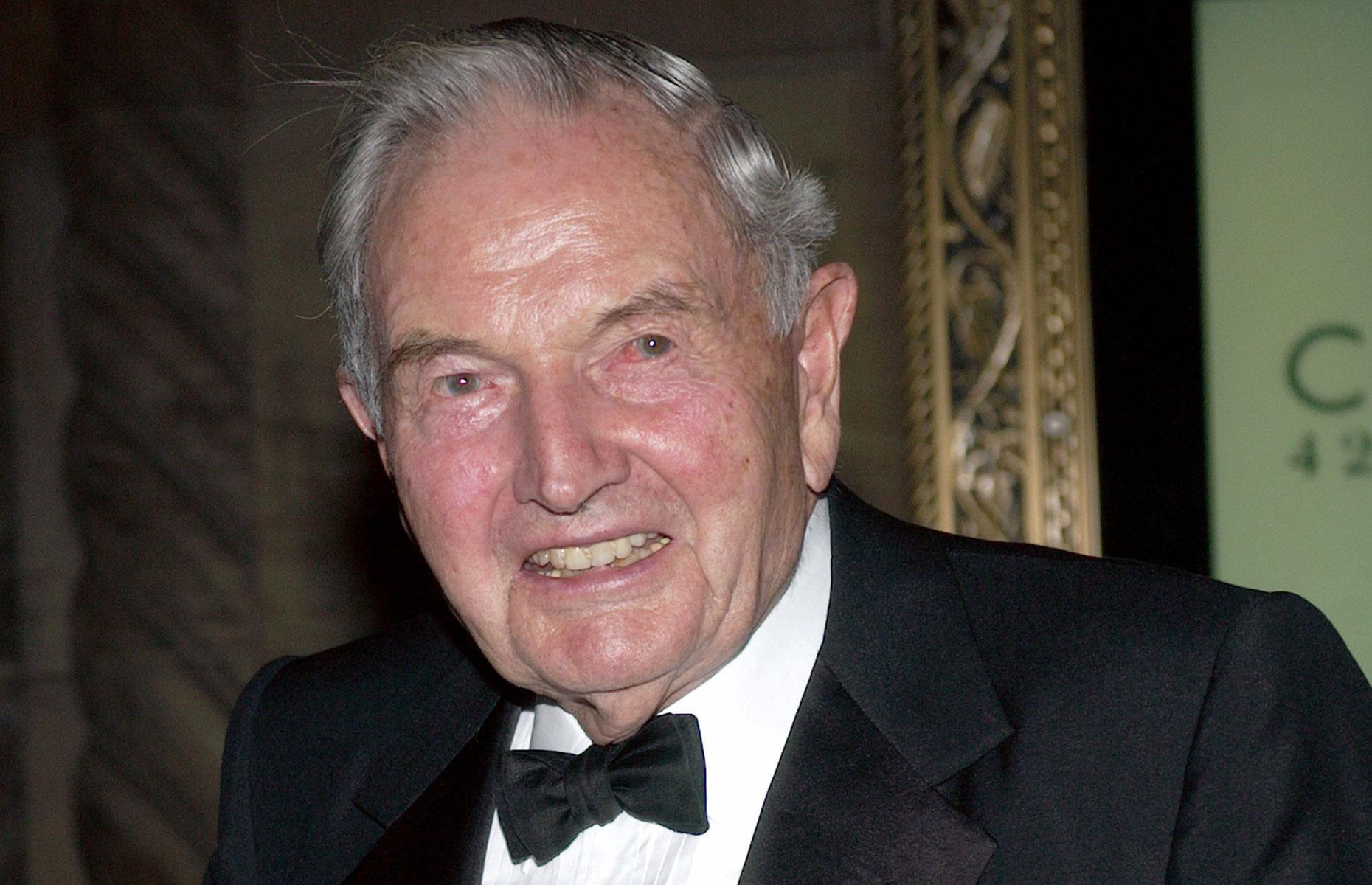 The most prominent 'modern' Rockefeller, David, died in 2017 at the age of 101. The richest individual family member, he was worth an estimated $3.3 billion (£2.4bn), most of which has been earmarked for good causes. His son David Rockefeller Jr. is the current chair of the principal family foundation and worth considerably less than his late father as the family's wealth becomes ever more diluted.
Features 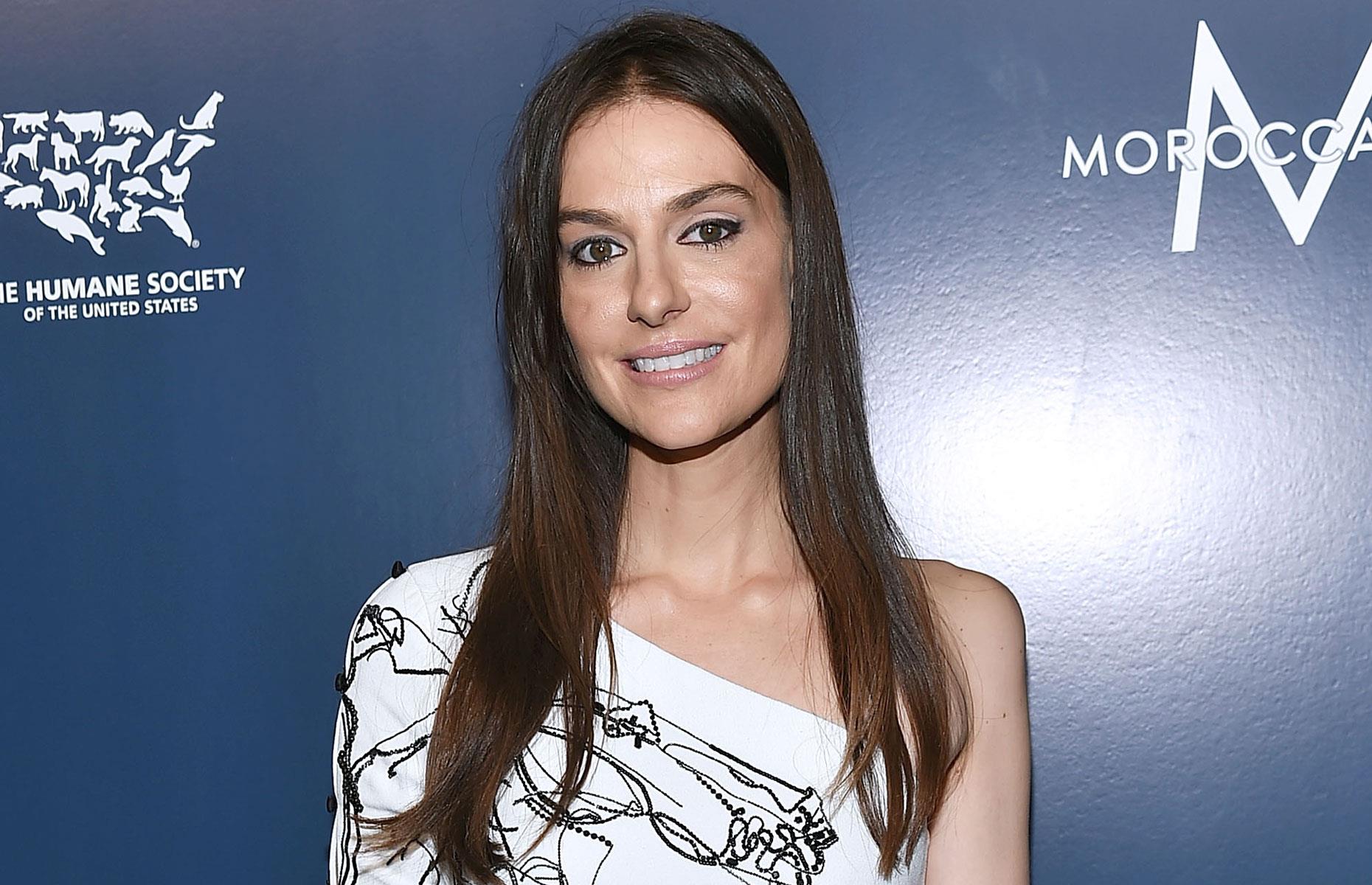 Other living scions of note include designer Ariana Rockefeller (pictured) and retired politician Jay Rockefeller, who has an estimated personal fortune of $160 million (£117m). 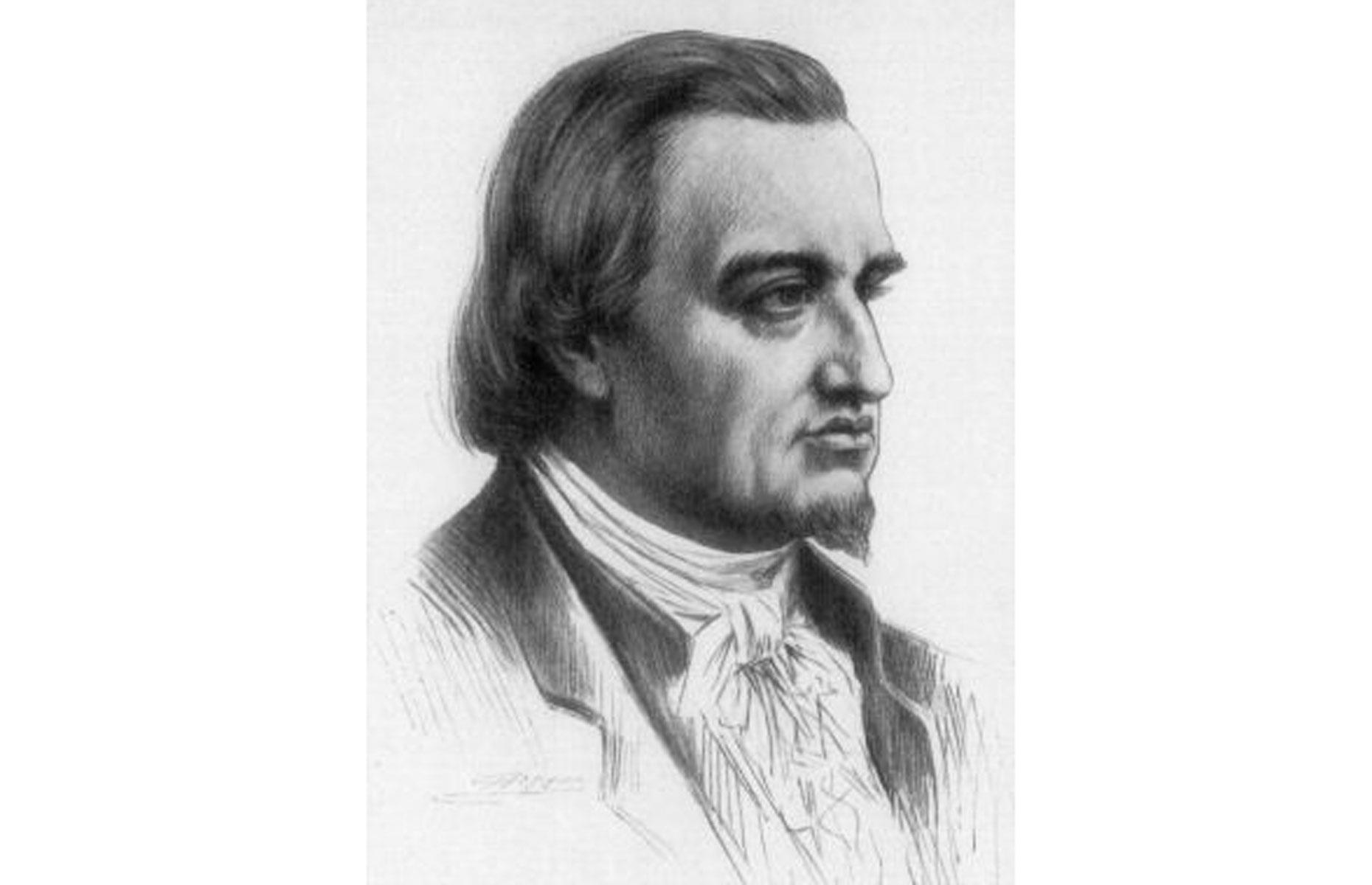 The patriarch of the Rothschild banking dynasty and founding father of international finance, Mayer Amschel Rothschild was born in Frankfurt's Jewish ghetto in 1744, and rose to become Europe's leading banker.
Features 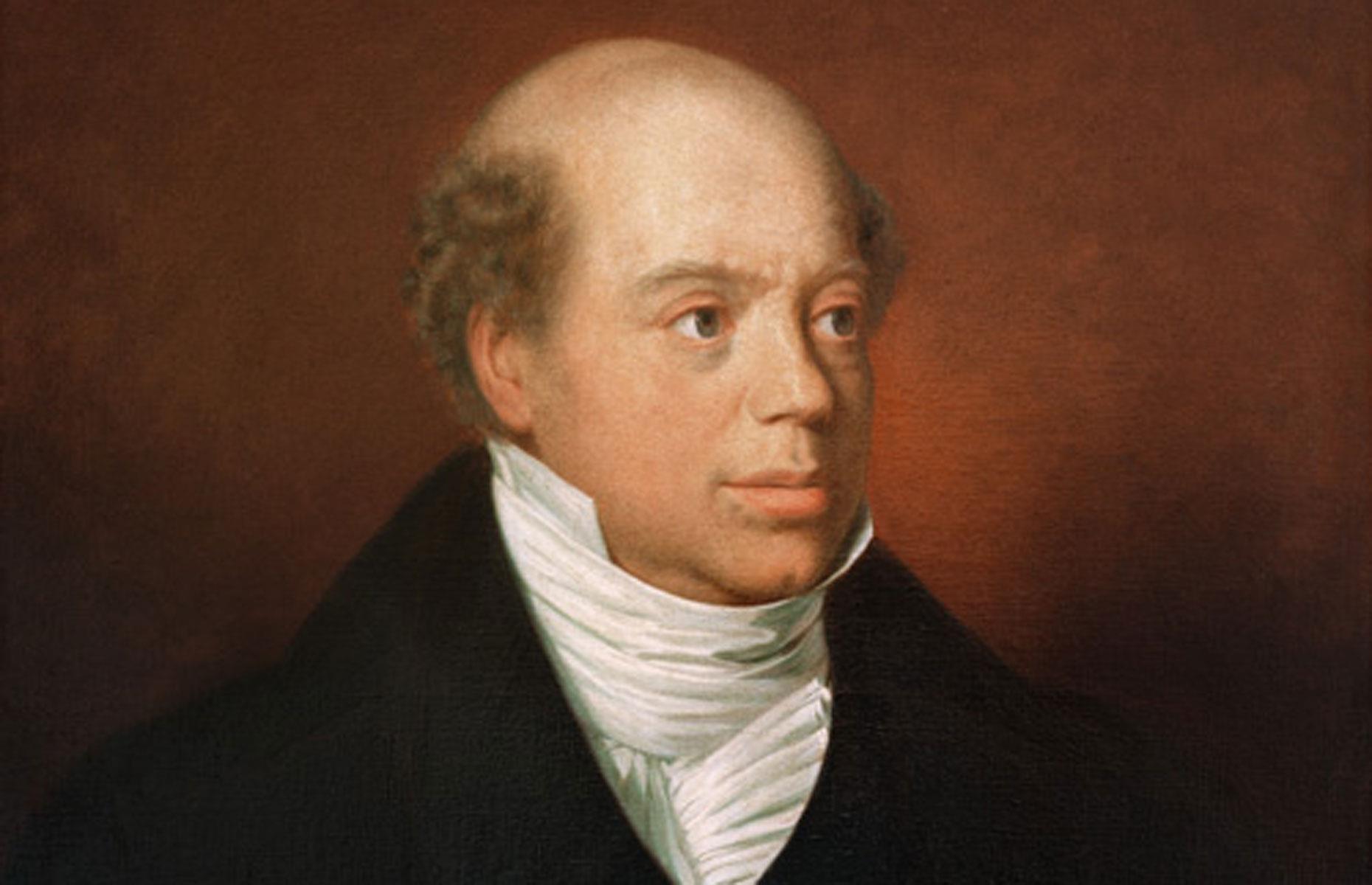 The Rothschild patriarch bequeathed his wealth to his five sons, who established branches of the family in France, England, Italy and Austria. For much of the 19th century, the Rothschild family was the richest in the world. Pictured is Nathan Mayer Rothschild, the originator of the English branch of the family.
Features 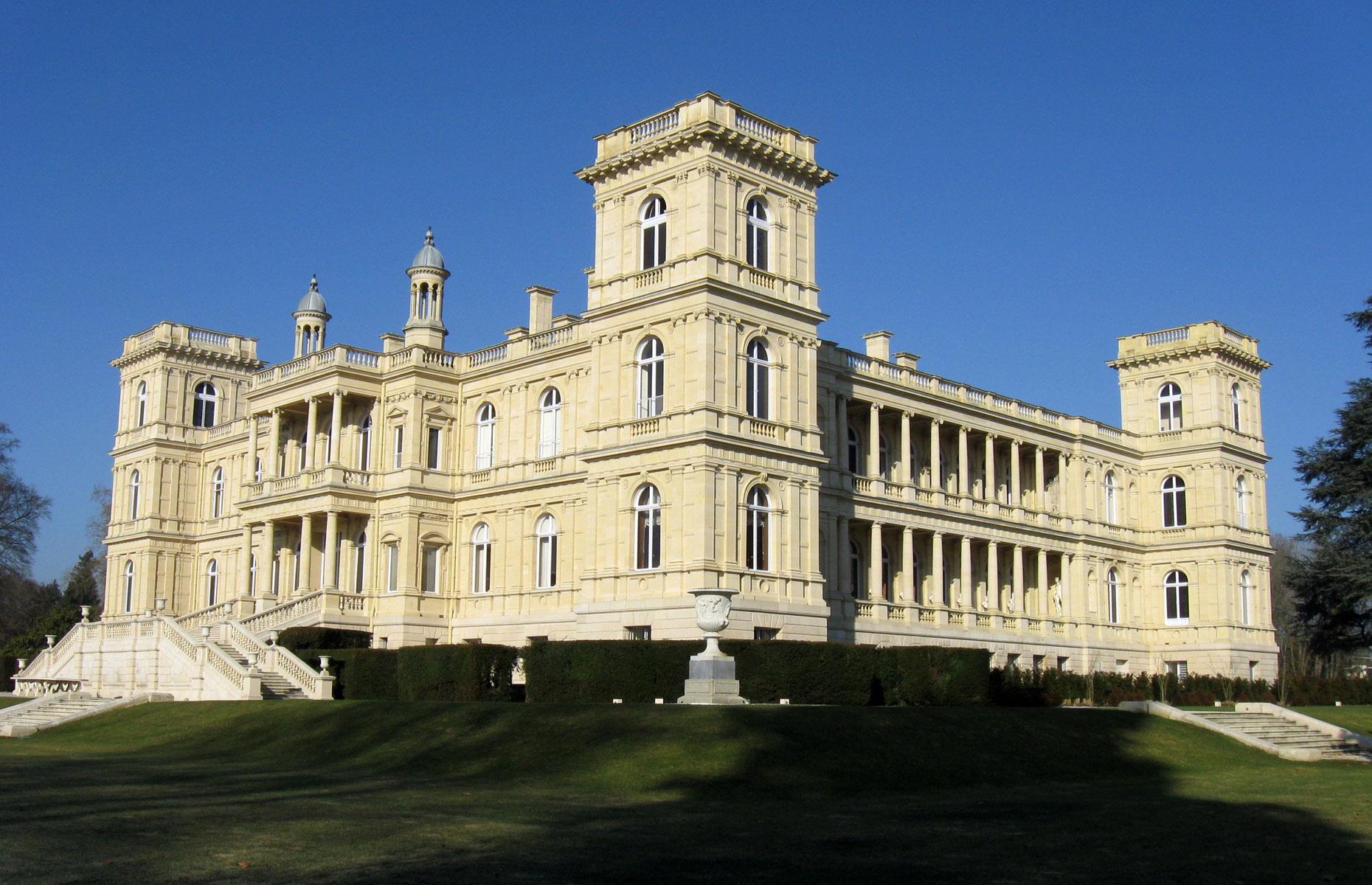 Over the years, the family fortune has been divided among the many descendants of Mayer Amschel Rothschild and has funded everything from splendid châteaux to mining and energy companies and large-scale philanthropic endeavours. The Rothschilds have been frequently targeted by anti-Semitic conspiracy theorists, who grossly exaggerate the family's wealth and influence. In reality, the clan is far from being the richest on the planet.
Features 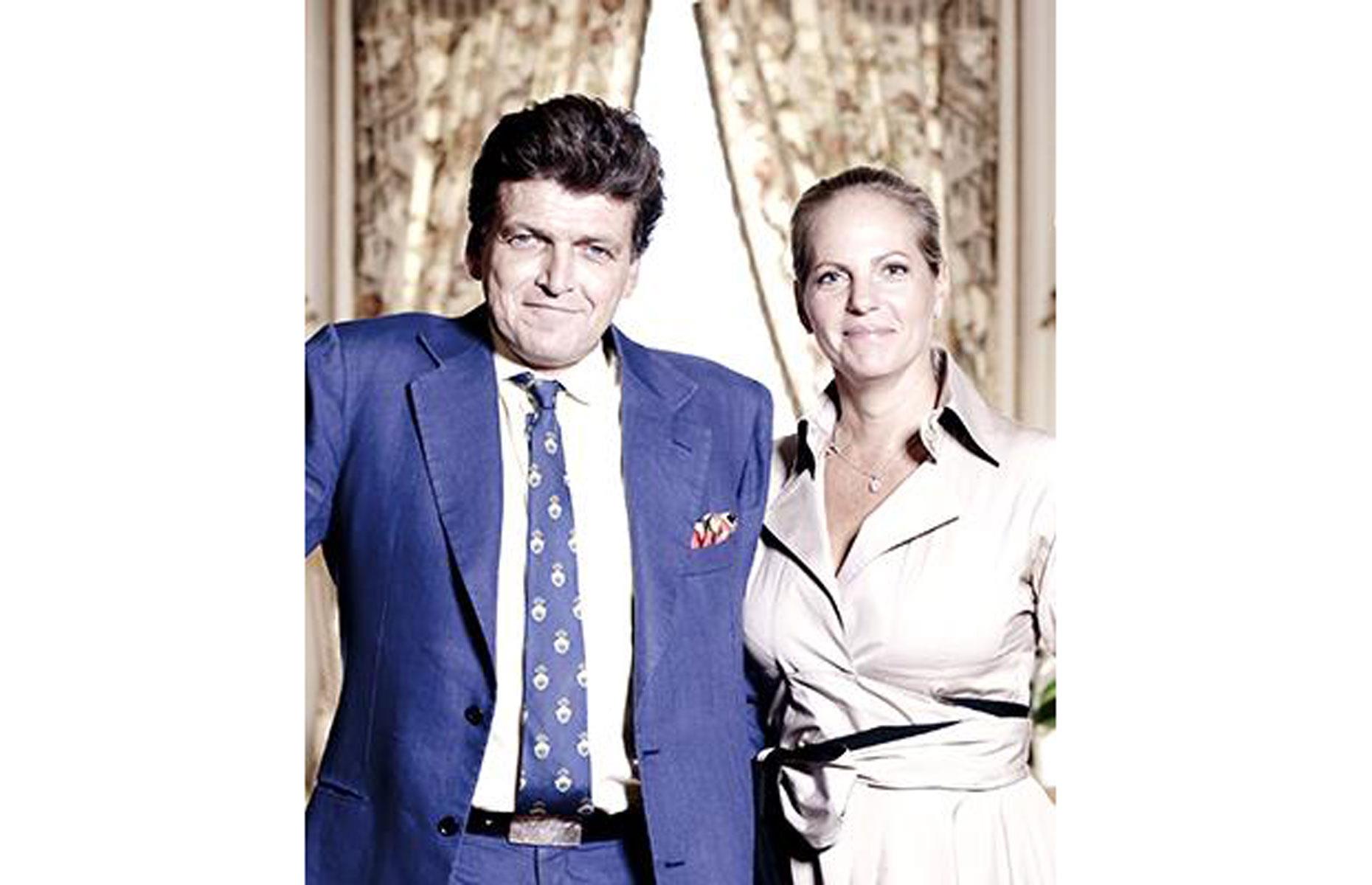 The richest member, banker Baron Benjamin de Rothschild (pictured with his wife Ariane) from the French branch of the family, died suddenly from a heart attack in January. He had a net worth of $1.1 billion (£800m) in April 2020, according to Forbes, making him the richest individual Rothschild. 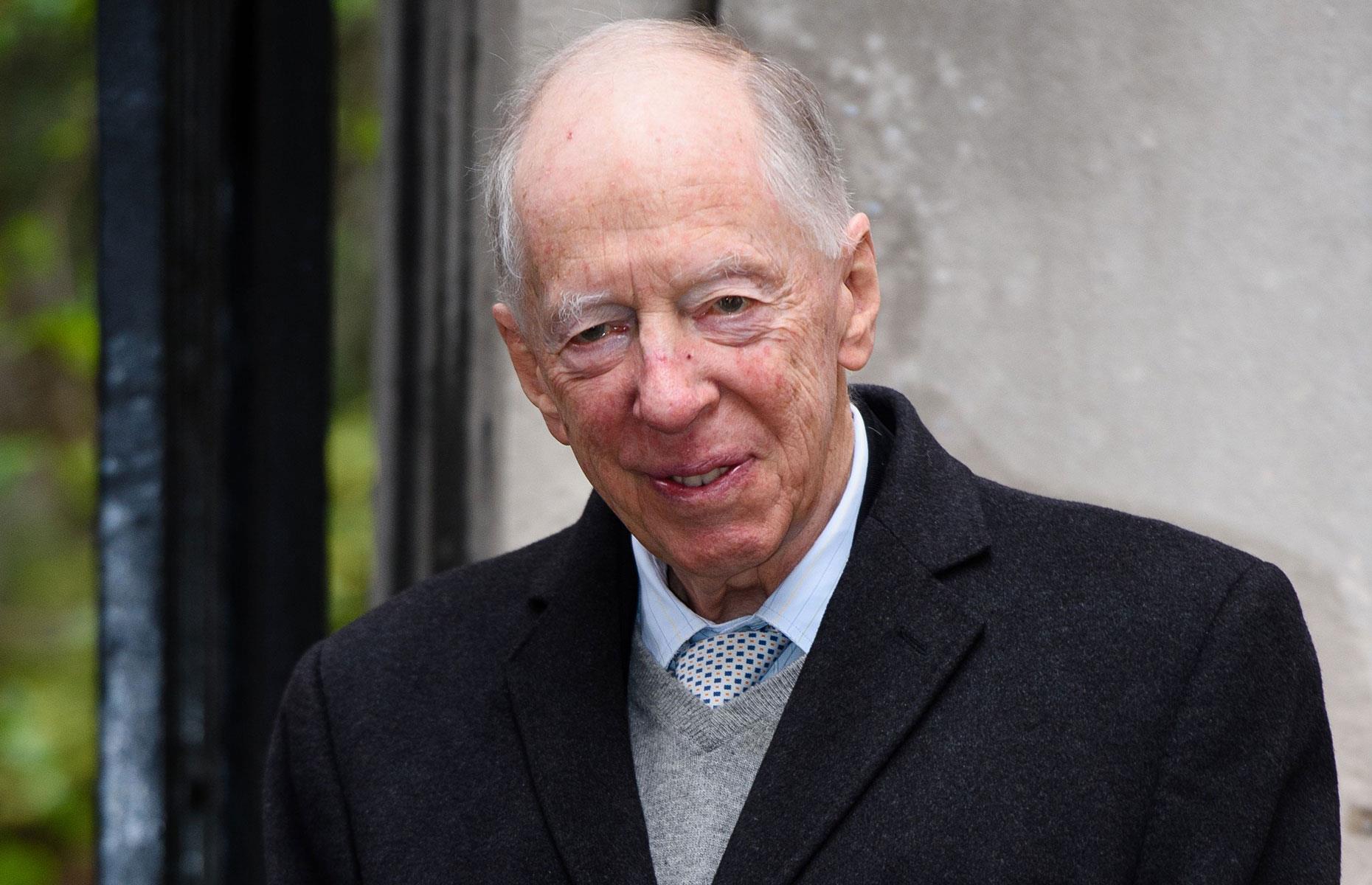 Jacob Rothschild, 4th Baron Rothschild, is the wealthiest member of the English branch of the family. The retired investment banker has a net worth of $1 billion (£730m) according to Bloomberg. His daughter Hannah is a filmmaker, author and chair of the board of trustees of the National Gallery in London. 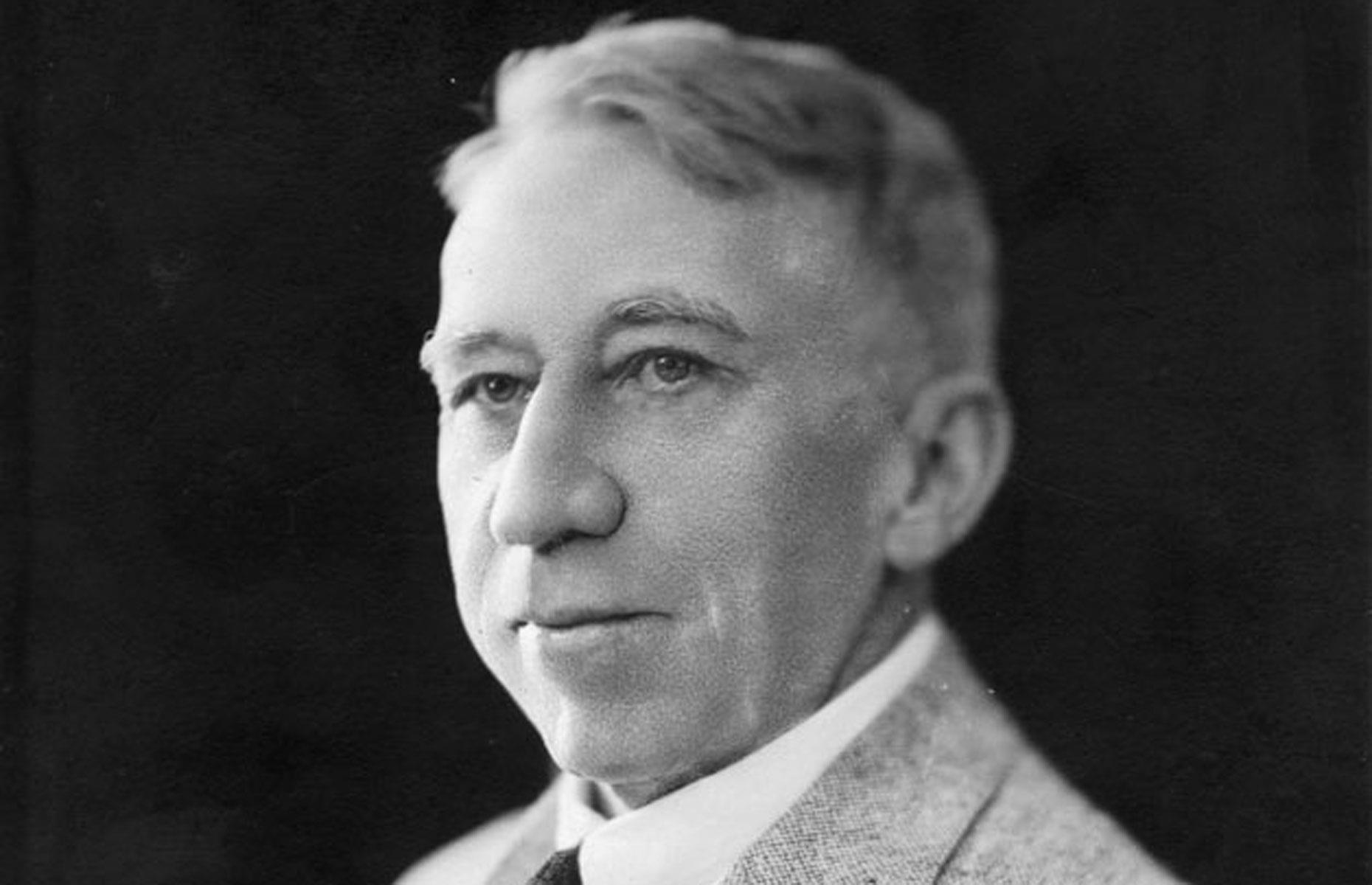 The Getty family fortune derives from patriarch George Getty (pictured) who had the foresight to invest in America's burgeoning oil industry in 1903. His son J. Paul Getty founded the Getty Oil Company in 1942 and was the richest private citizen in the world by the 1950s.
Features 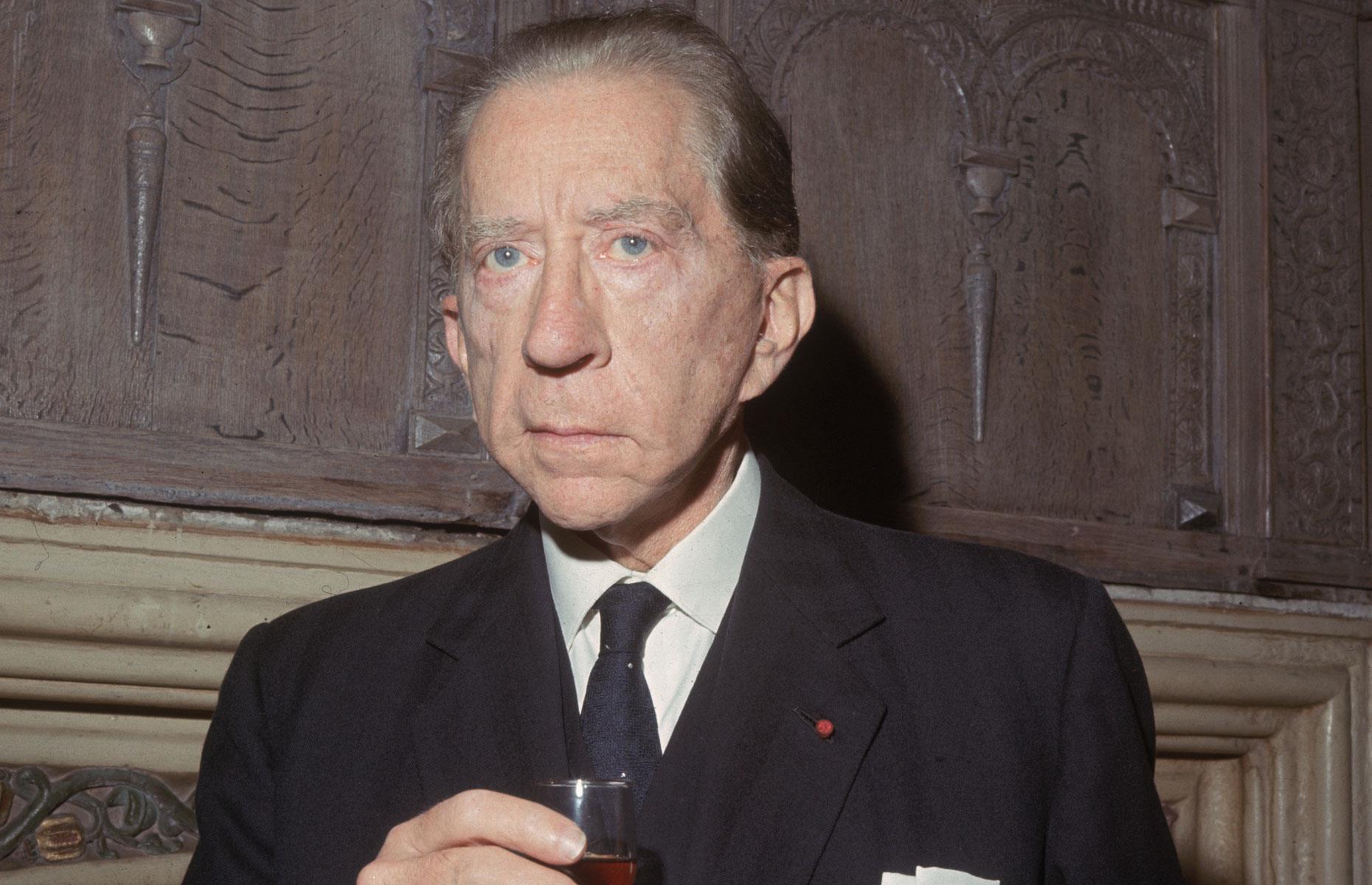 Notoriously frugal, J. Paul Getty complained about his dying son Timmy's medical bills, and when his grandson John Paul Getty III was kidnapped in Rome in July 1973 by 'Ndrangheta gangsters he refused to stump up the ransom cash.
Features 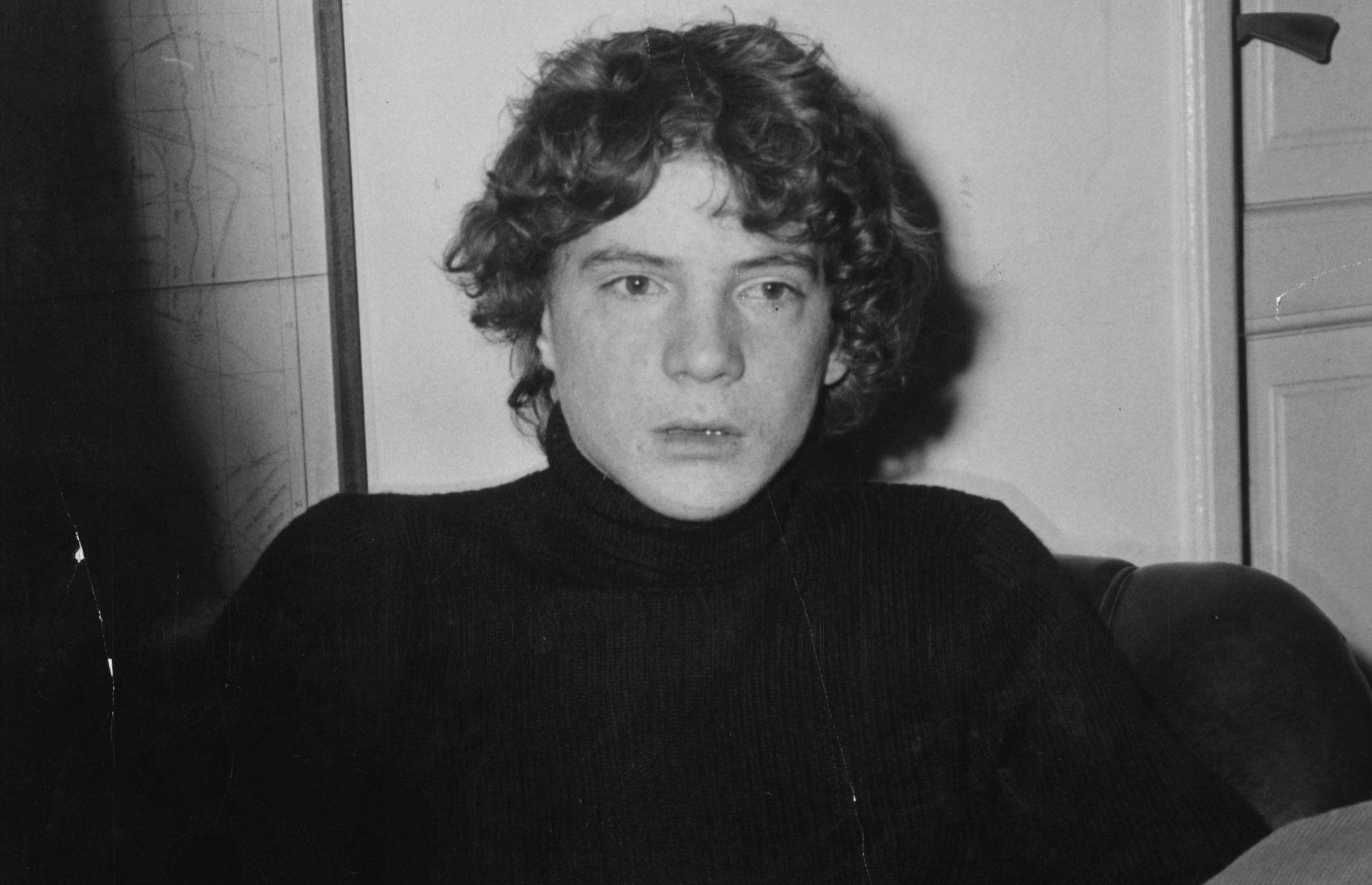 J. Paul Getty attempted to negotiate and only agreed to part with a reduced ransom payment after the gangsters cut off his grandson's ear and sent it to an Italian newspaper, along with a lock of his hair.
Features 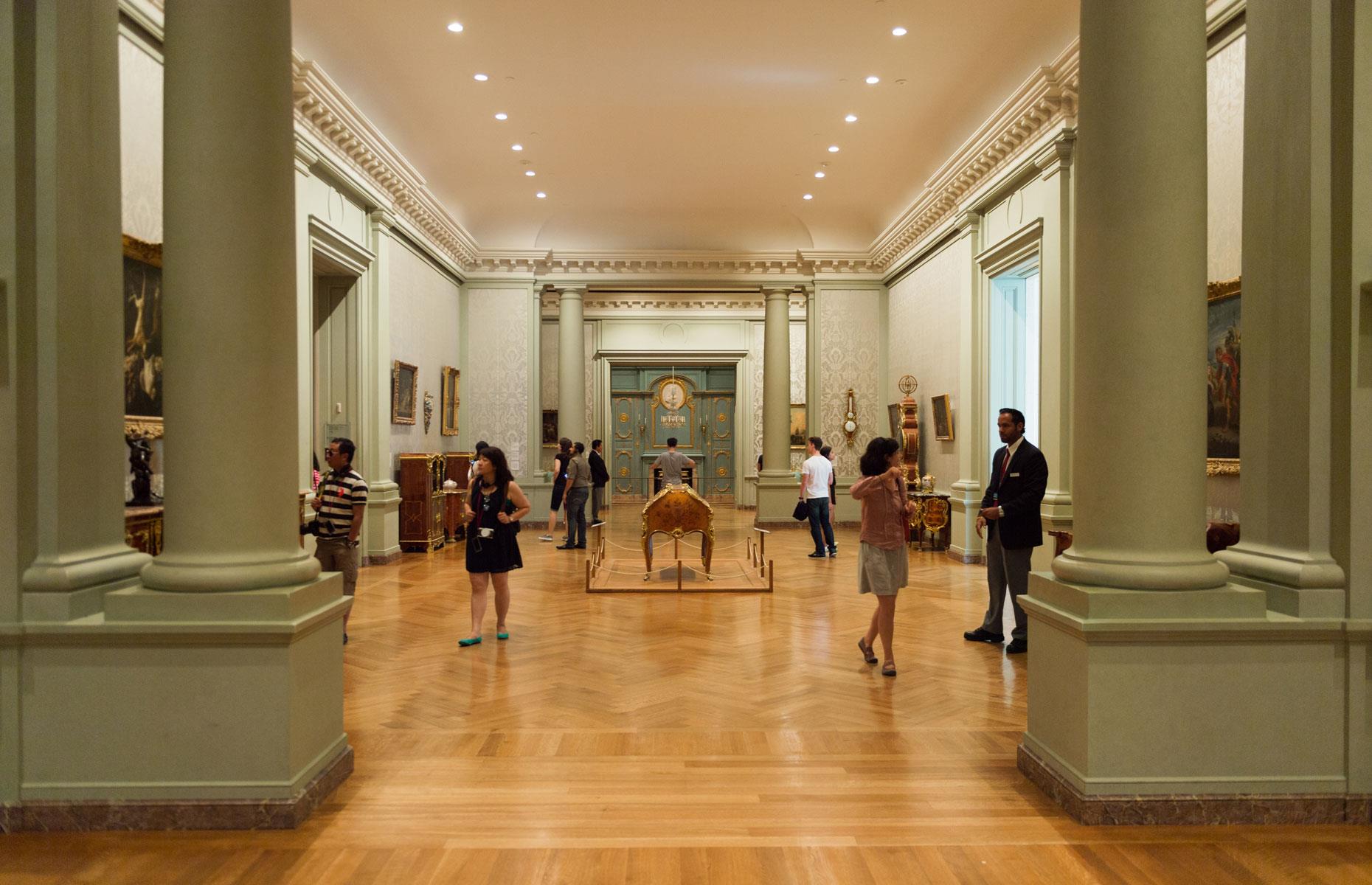 J. Paul Getty died at his Surrey mansion in 1976 at the ripe old age of 83, leaving a fortune of $4 billion, which is $17.3 billion (£13.5bn) in today's money, most of which was channelled into the J. Paul Getty Trust, now the world's wealthiest art institution. 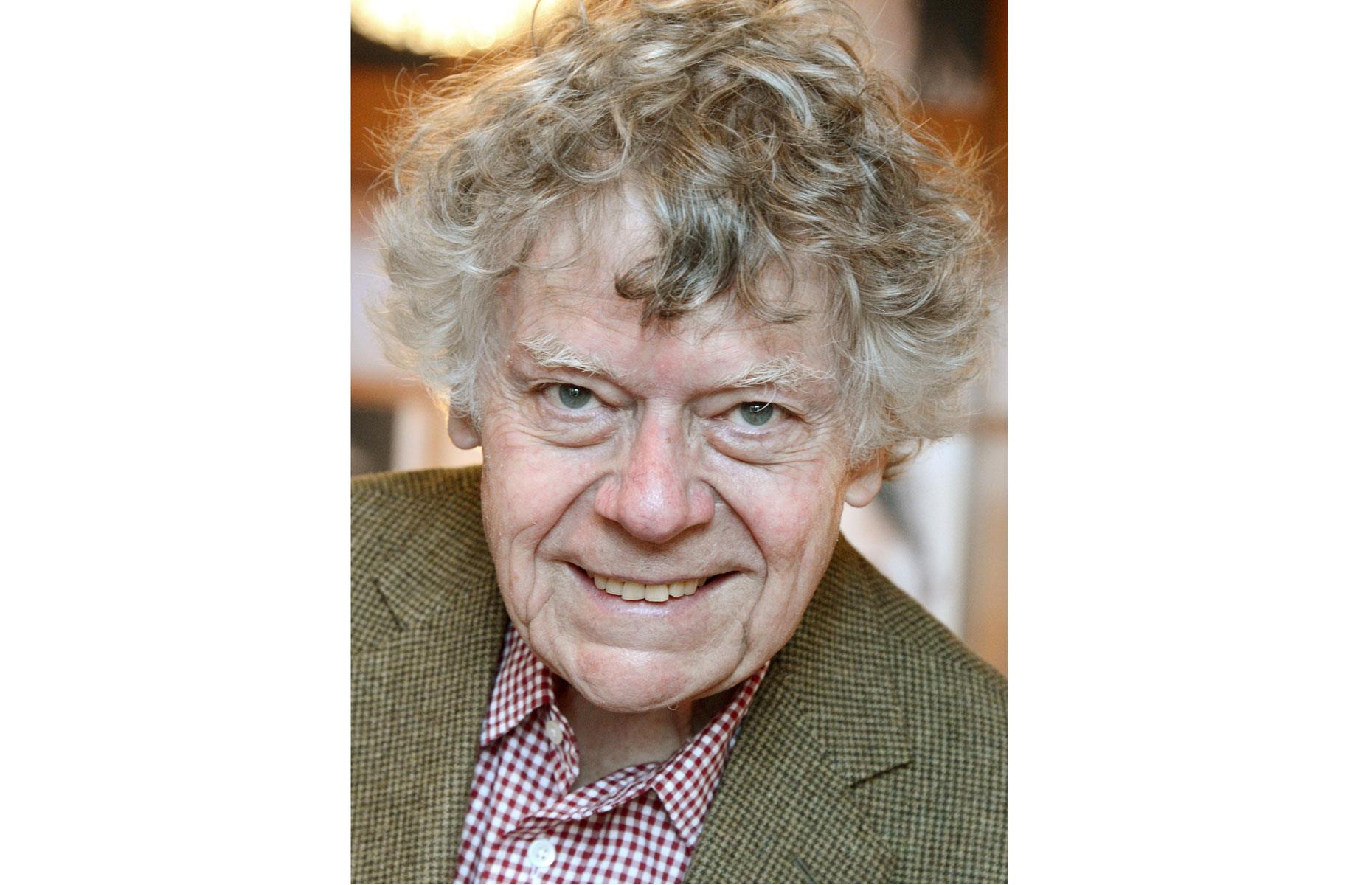 A trust fund consisting of shares in Getty Oil set up by J. Paul Getty's mother was the main source of wealth for the surviving members of the Getty family. Investor, philanthropist and acclaimed composer Gordon Getty (pictured), J. Paul Getty's fourth child, is the richest living family member. He sold Getty Oil to Texaco for $10.1 billion in 1984, and is currently worth $2.1 billion (£1.5bn), according to Forbes. Tragically, Gordon's son John Gilbert Getty, who was a musician, died of complications following a drug overdose in November last year; his film director brother Andrew had died of a meth overdose in 2015. 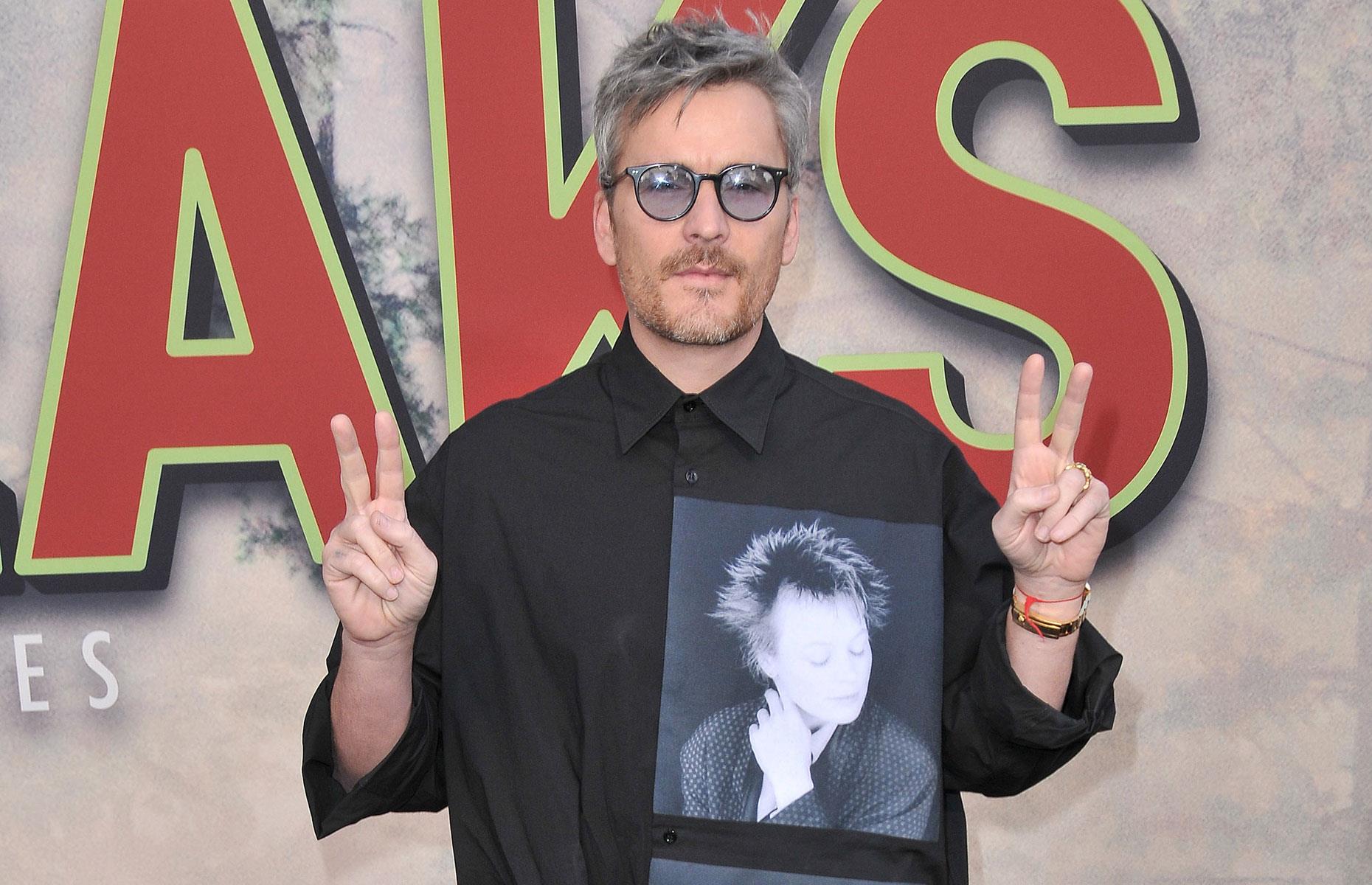 J. Paul Getty's grandson Mark Getty, the founder of picture library Getty Images, is worth several hundred million dollars, while actor and musician Balthazar Getty (pictured) is said to have a fortune of some $200 million (£146m). 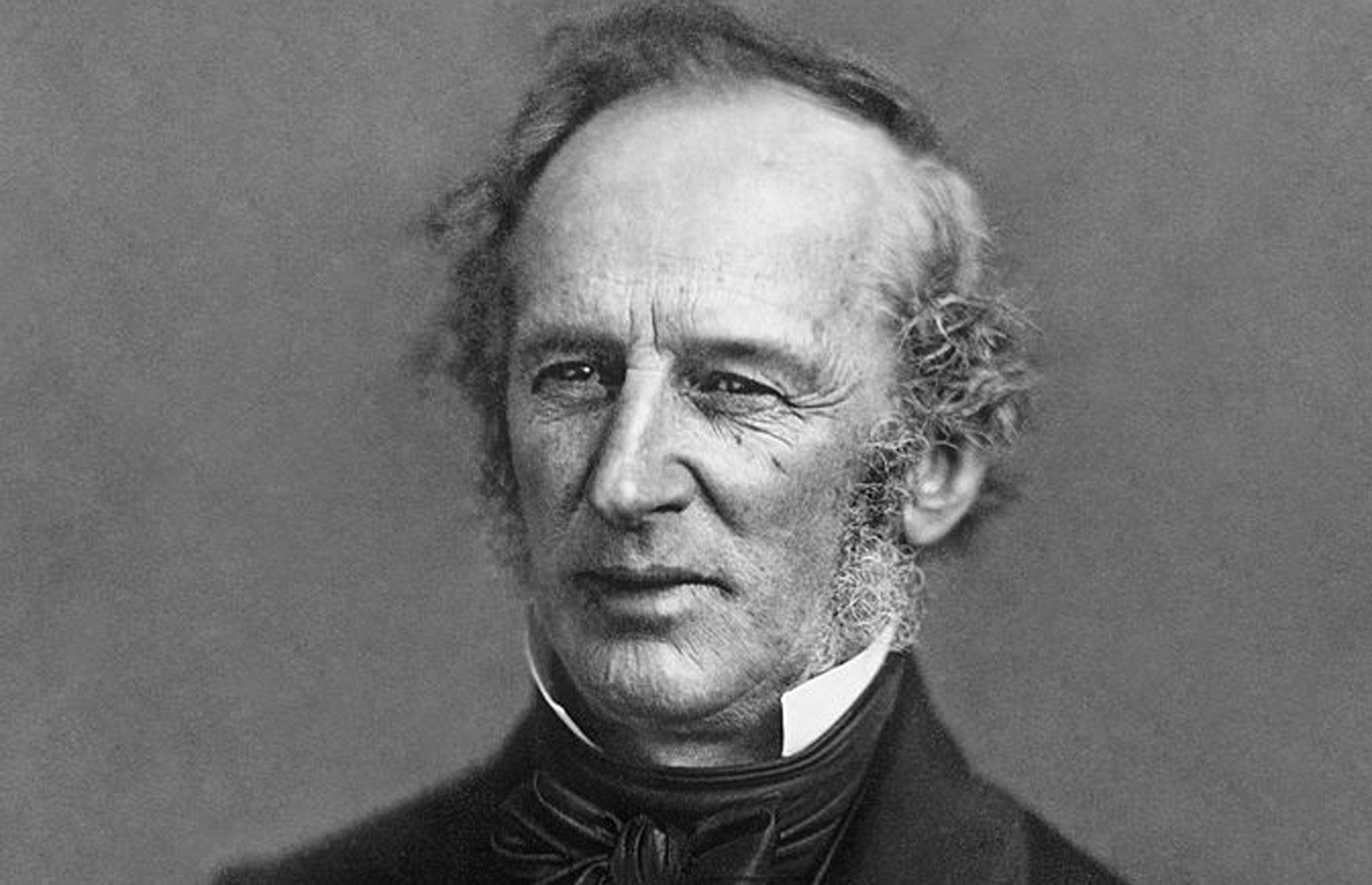 Gilded Age icons, the Vanderbilts amassed a colossal fortune from railroads and shipping during the latter half of the 19th century. Patriarch Cornelius Vanderbilt (pictured) was the wealthiest person in the US by the 1860s, while his son William Henry Vanderbilt was the richest American during the 1870s and early 1880s.
Features 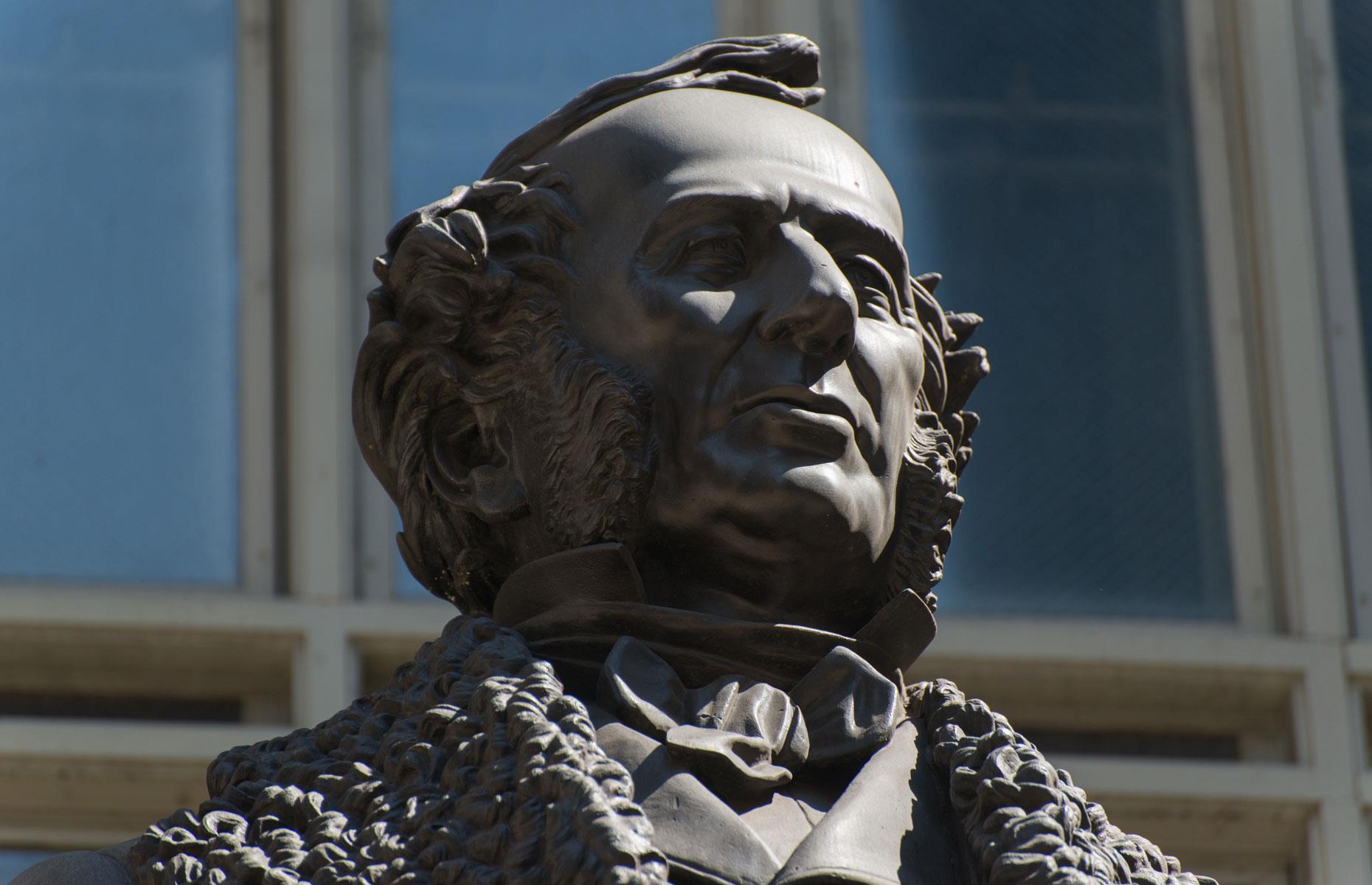 Renowned for their philanthropy as much as for their lavish spending on everything from grand mansions to fine art, the descendants of Cornelius Vanderbilt had pretty much depleted the family fortune by the mid-20th century, and one of his grandsons is even said to have died in poverty. Today, none of the companies founded by Cornelius Vanderbilt remain in the family.
Features 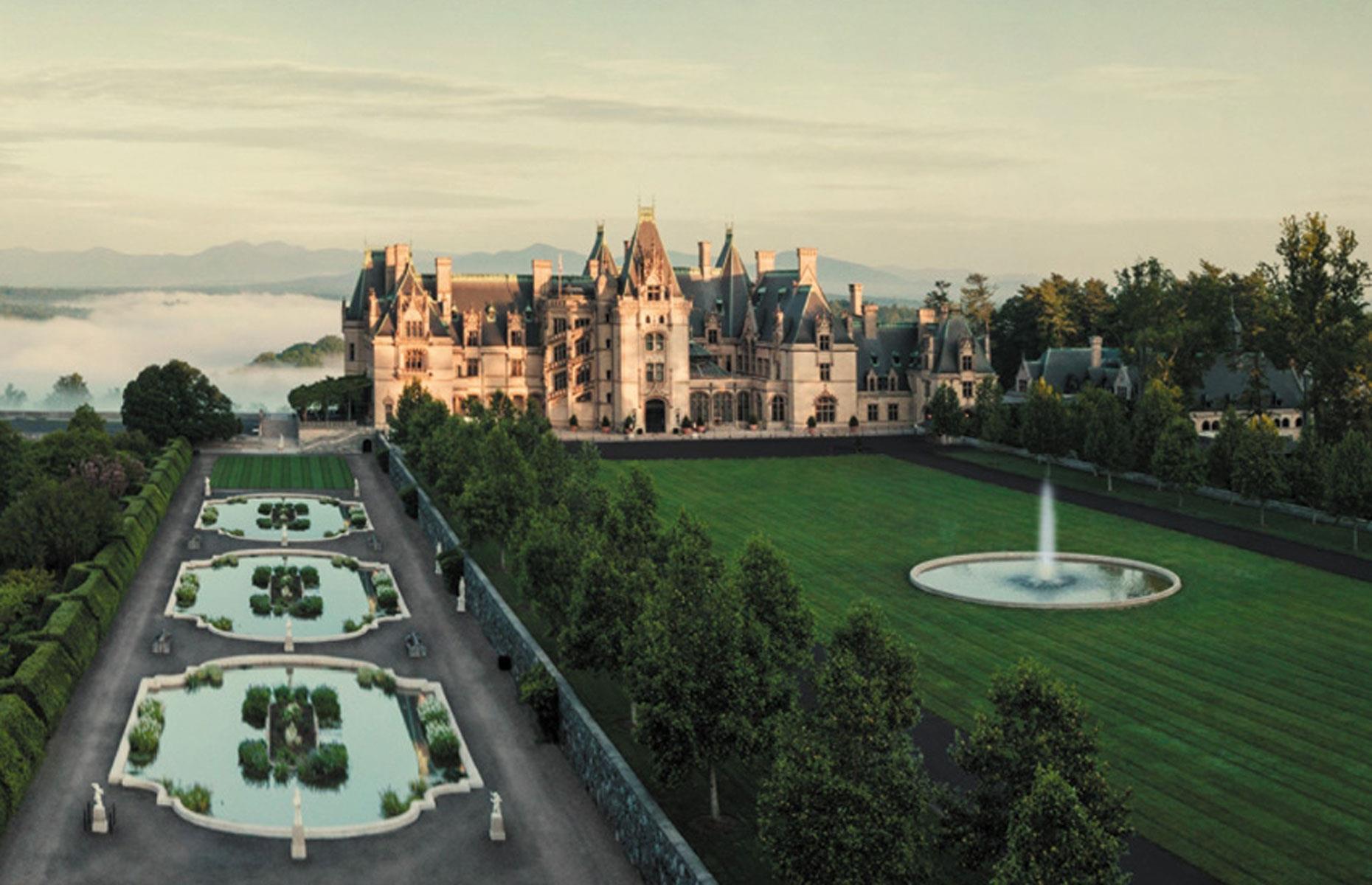 While the lion’s share of Vanderbilt mansions no longer belongs to the dynasty, the grandest of them all, Biltmore in North Carolina, has stayed in the family and is currently owned by Bill Cecil and his sister Dini Pickering, who are great-great-grandchildren of William Henry Vanderbilt. Generous trust funds and enviable connections have helped a number of Vanderbilts stay relatively rich.
Features 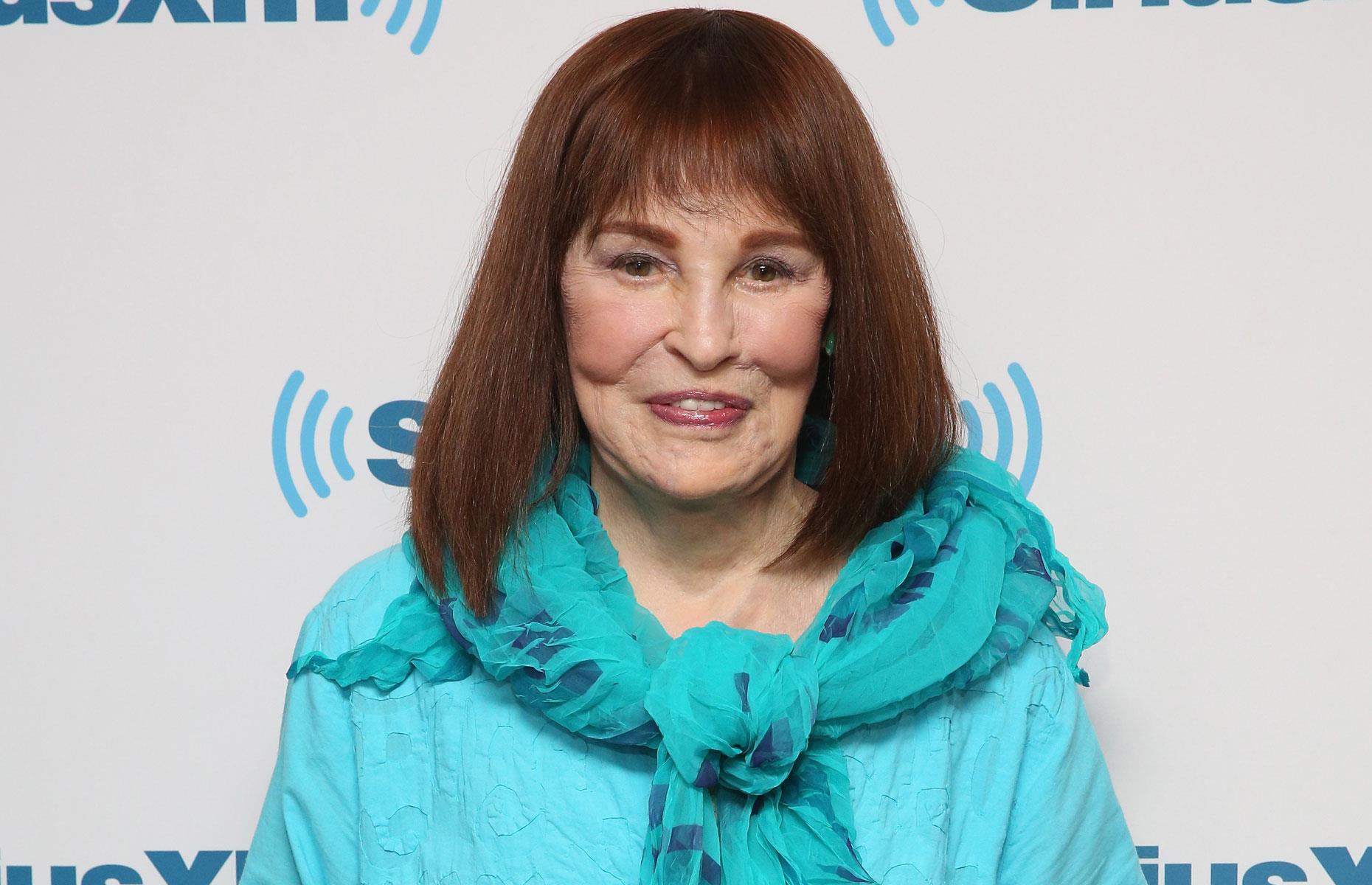 Socialite, artist and fashion designer Gloria Vanderbilt, a great-granddaughter of William Henry Vanderbilt, was reported to be worth in the region of $200 million (£146m) before her death in 2019. Much of her fortune was made up of cash from her trust fund, not to mention earnings from the New Yorker's eponymous fashion line.
Features 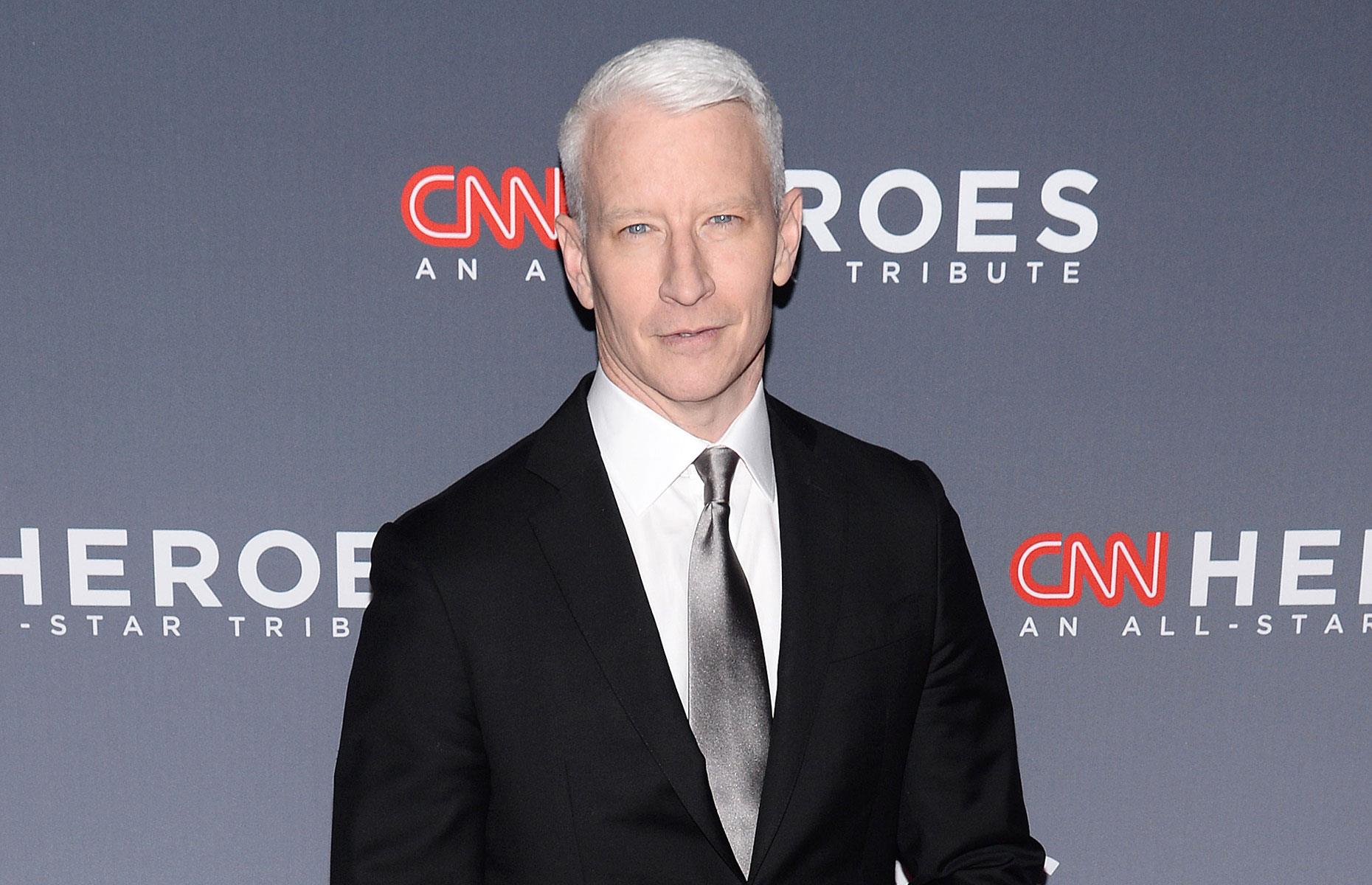 Gloria Vanderbilt's son Anderson Cooper, 53, had said he wouldn't inherit a dime of his mother's money. But Cooper did reportedly inherit most of her fortune, although her estate was actually only worth $1.5 million (£1m) according to the New York Post. However, court documents don't state an exact figure for the estate Cooper has inherited. Gloria's New York apartment was given to her other son Leopold Stokowski. But Cooper was already rich in his own right, as the award-winning TV journalist earns a reported $11 million (£8m) a year from his CNN gig. Cooper is a huge fan of Jeopardy! and has previously competed on the celebrity version of the show prior to his guest-hosting role now. 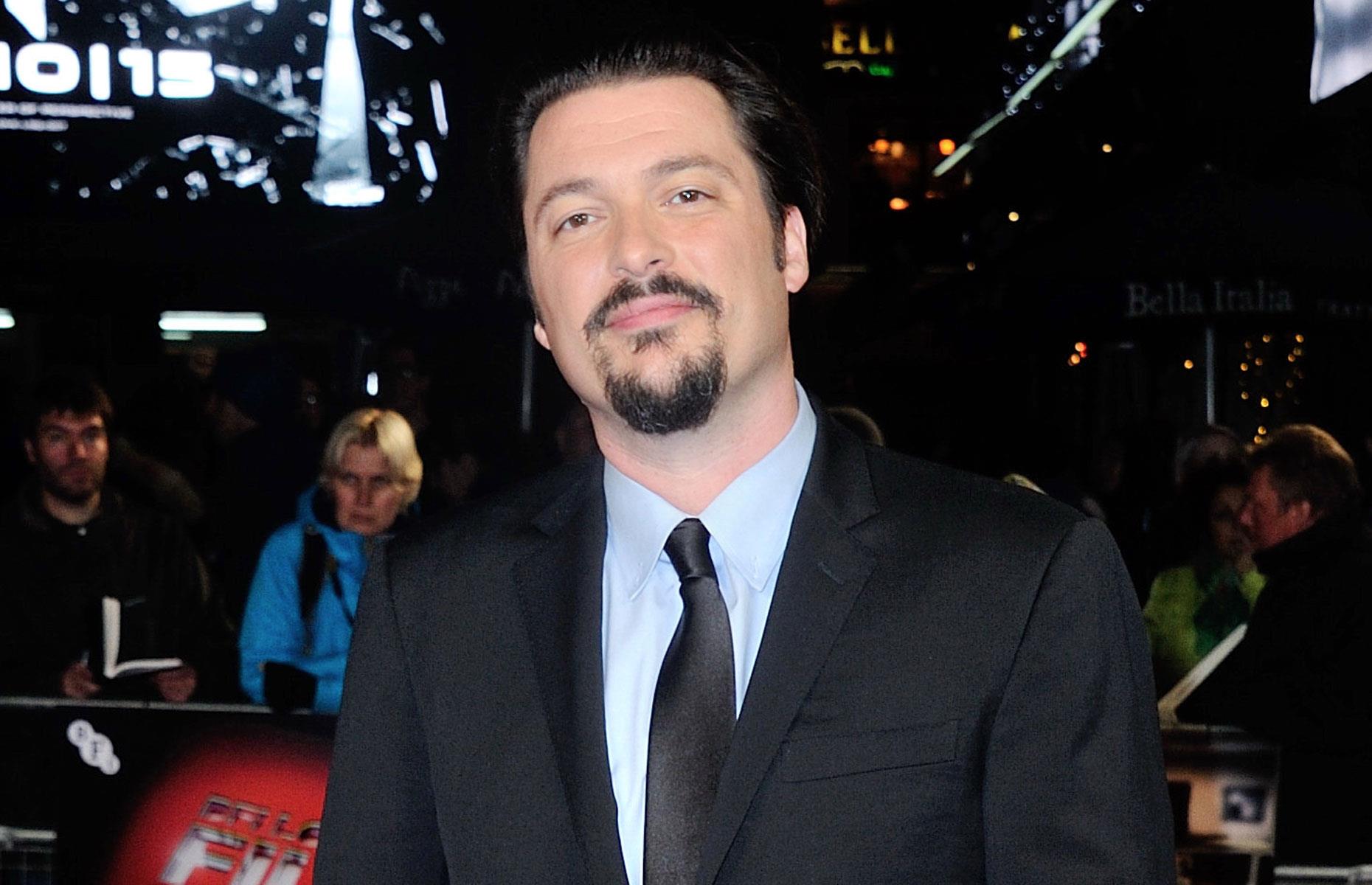 Other notable and affluent descendants of Cornelius Vanderbilt include Blenheim Palace custodian the 12th Duke of Marlborough, who is related to the patriarch through his great-grandmother Consuelo Vanderbilt, as well as Hollywood screenwriter James Vanderbilt (pictured), and actor Timothy Olyphant.

Read more about the rise and fall of the Vanderbilt family