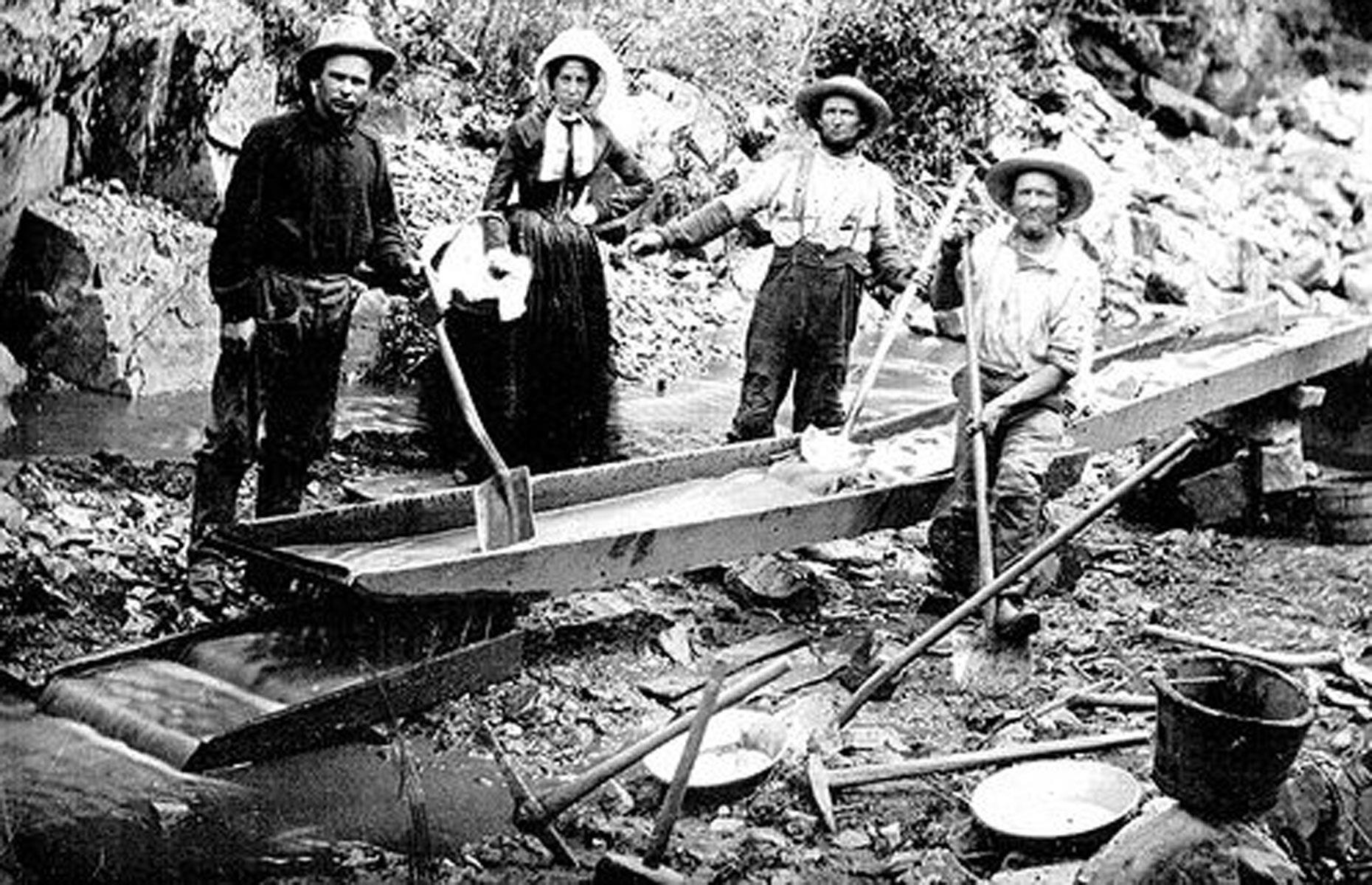 Affluent states with a poverty-stricken past

The wealthiest US states boast bigger economies than many European countries with their high household incomes and low unemployment rates. But for some of them, the American Dream was once a nightmare. Read on as we take a look at five states that went from rags to riches.
Features 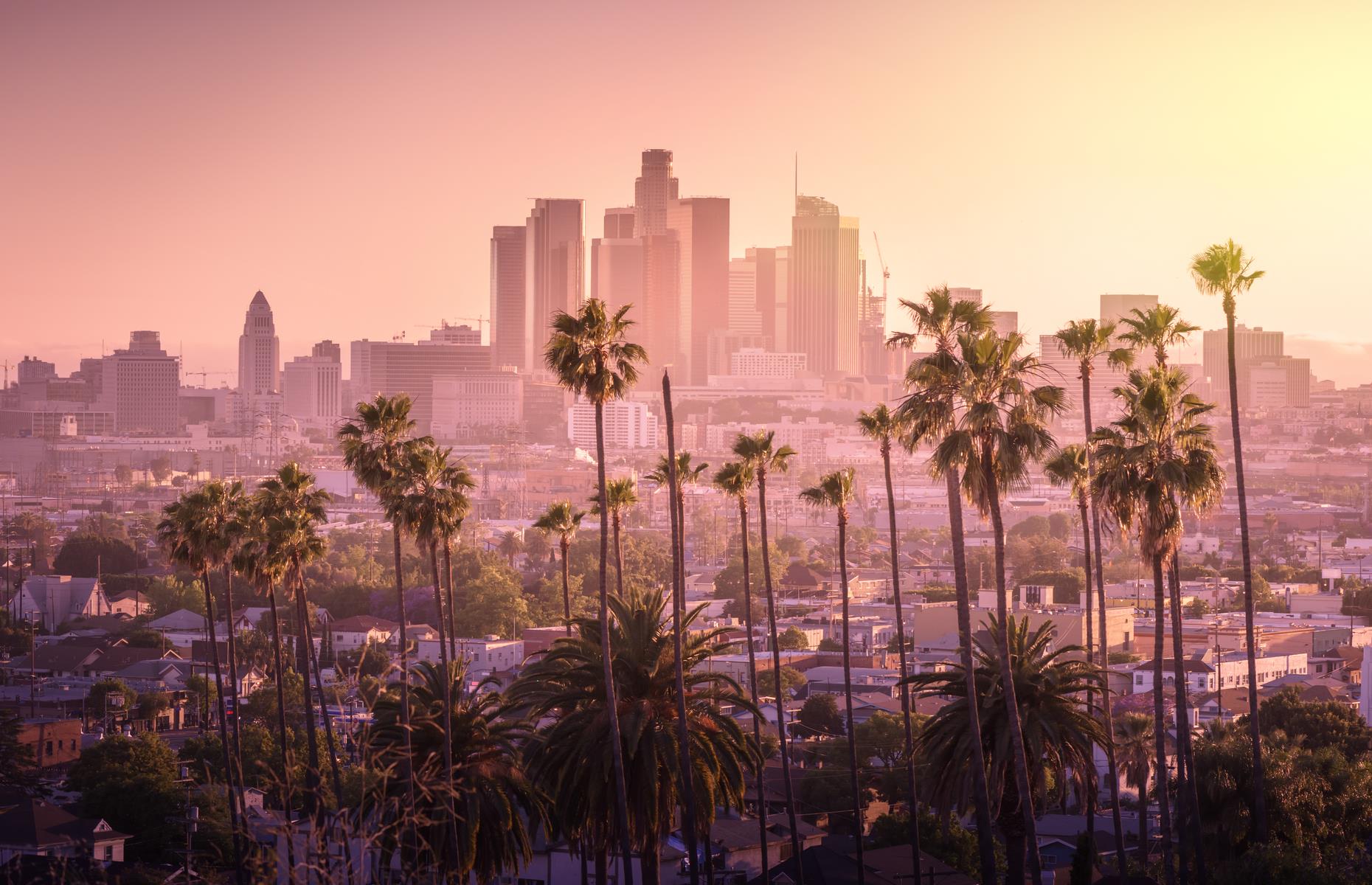 California, the aptly named Golden State, is the most populous in the US. With a median household income of $80,440 and a state GDP of more than $3 trillion, California's industries range from filmmaking to farming. If it was independent, it would rank as the world’s fifth-largest economy. But things haven’t always been so golden in this vast West Coast state. 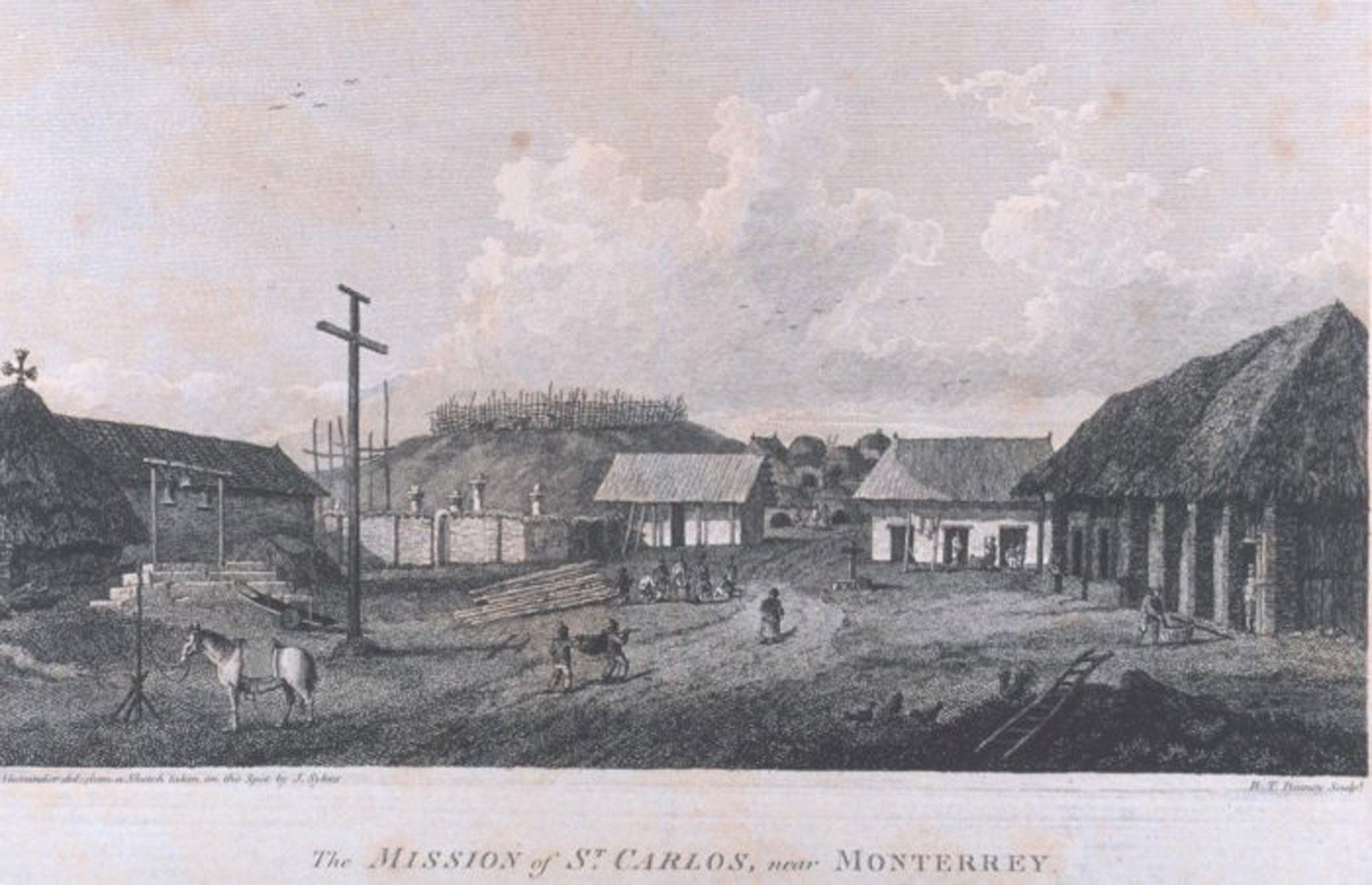 Although Spanish colonisers reached California in 1542, they decided not to settle for another 200 years. One of the main reasons was the region’s poverty. Native Americans lived by foraging, fishing and hunting and the colonizers had no such skills. When settlers eventually set up home in California, they frequently had shortages of basic goods including food, cloth and gunpowder. 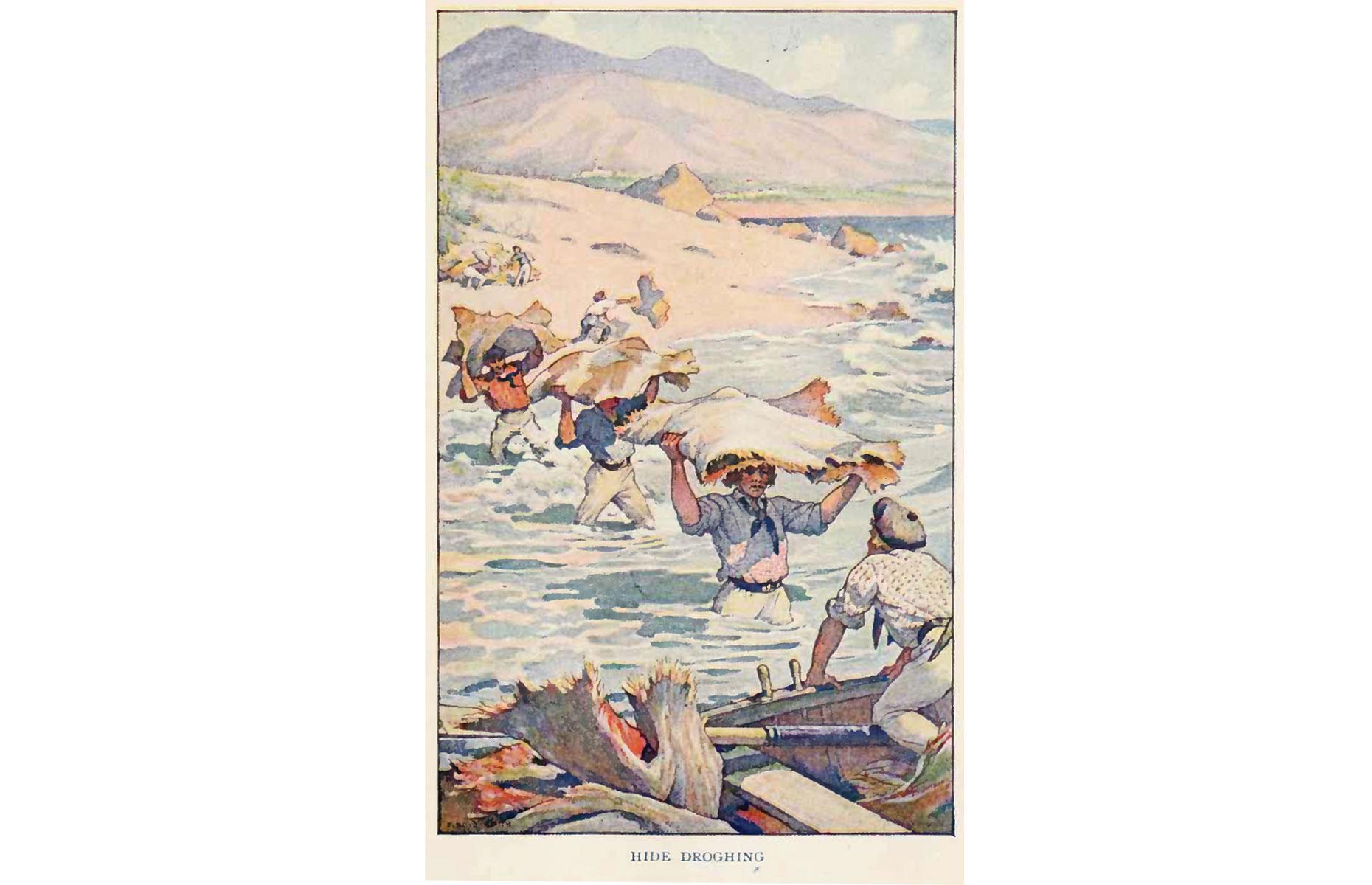 Based out of the Spanish missions (outposts) in California, these early settlers turned to cattle ranching to make ends meet. The so-called Californios soon developed a lucrative hide, tallow and beef trade. Hides were so valuable they were dubbed "California banknotes". By 1834, the missions owned an estimated 400,000 cattle, according to the California Cattlemen's Association. 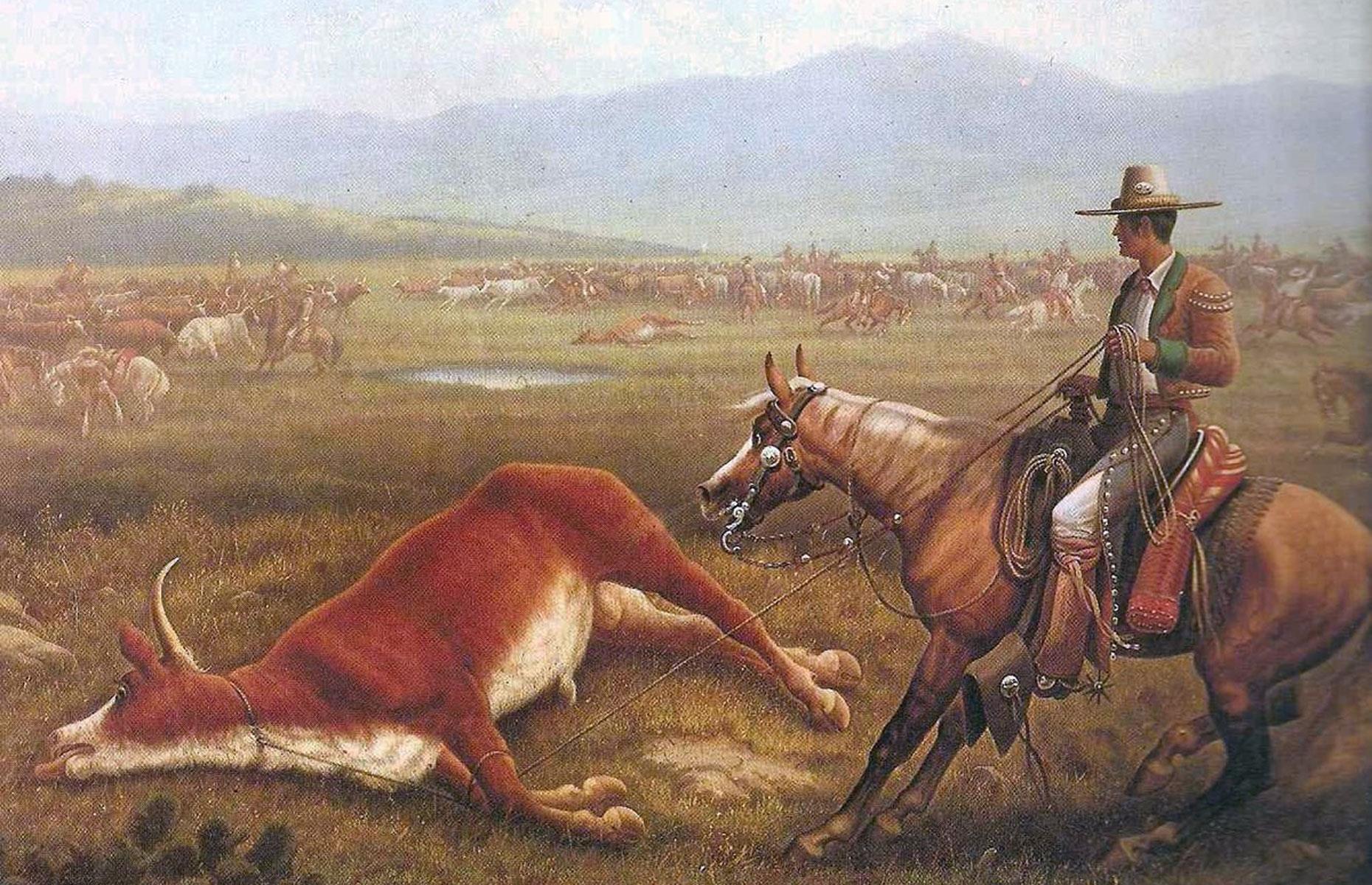 During the Mexican-American War, the Mexican authorities closed the Spanish missions. But the California cattle boom continued, enabling the several thousand Californios who remained in the region to prosper. When the war ended in 1848, California was tipped to become the next US state and officially joined on 9 September 1850. 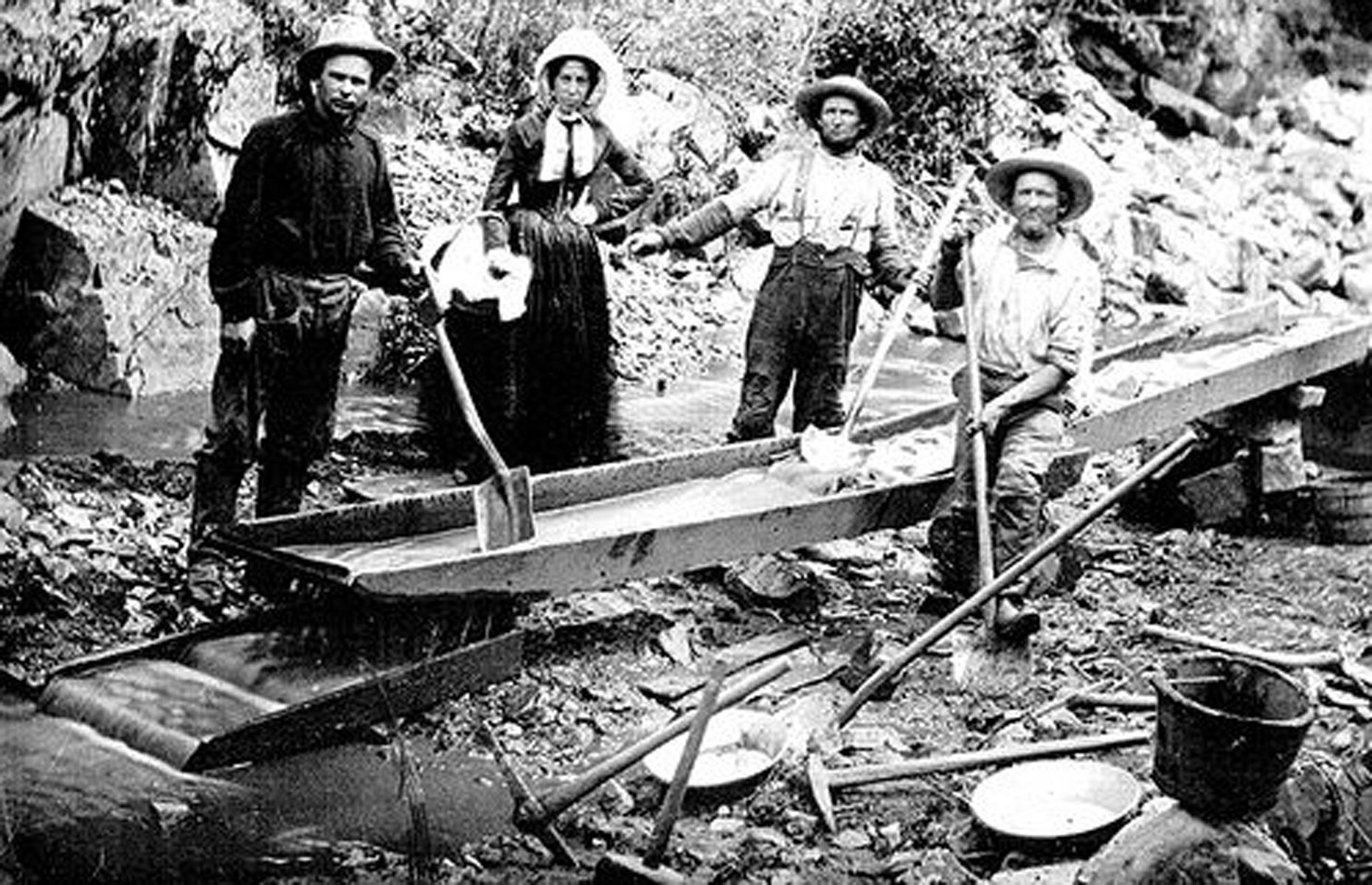 The end of the war wasn’t the only momentous event in 1848. The discovery of gold at Sutter’s Mill in Coloma triggered the famous Gold Rush, transforming California from a farm-reliant state to a land where dreams come true. Miners extracted a whopping 28,280,711 fine ounces of gold between 1850 and 1859. At the time, a fine ounce was worth around $20 so this bounty brought in more than $5.65 million. California quickly became one of the nation's wealthiest states and it hasn't looked back since. 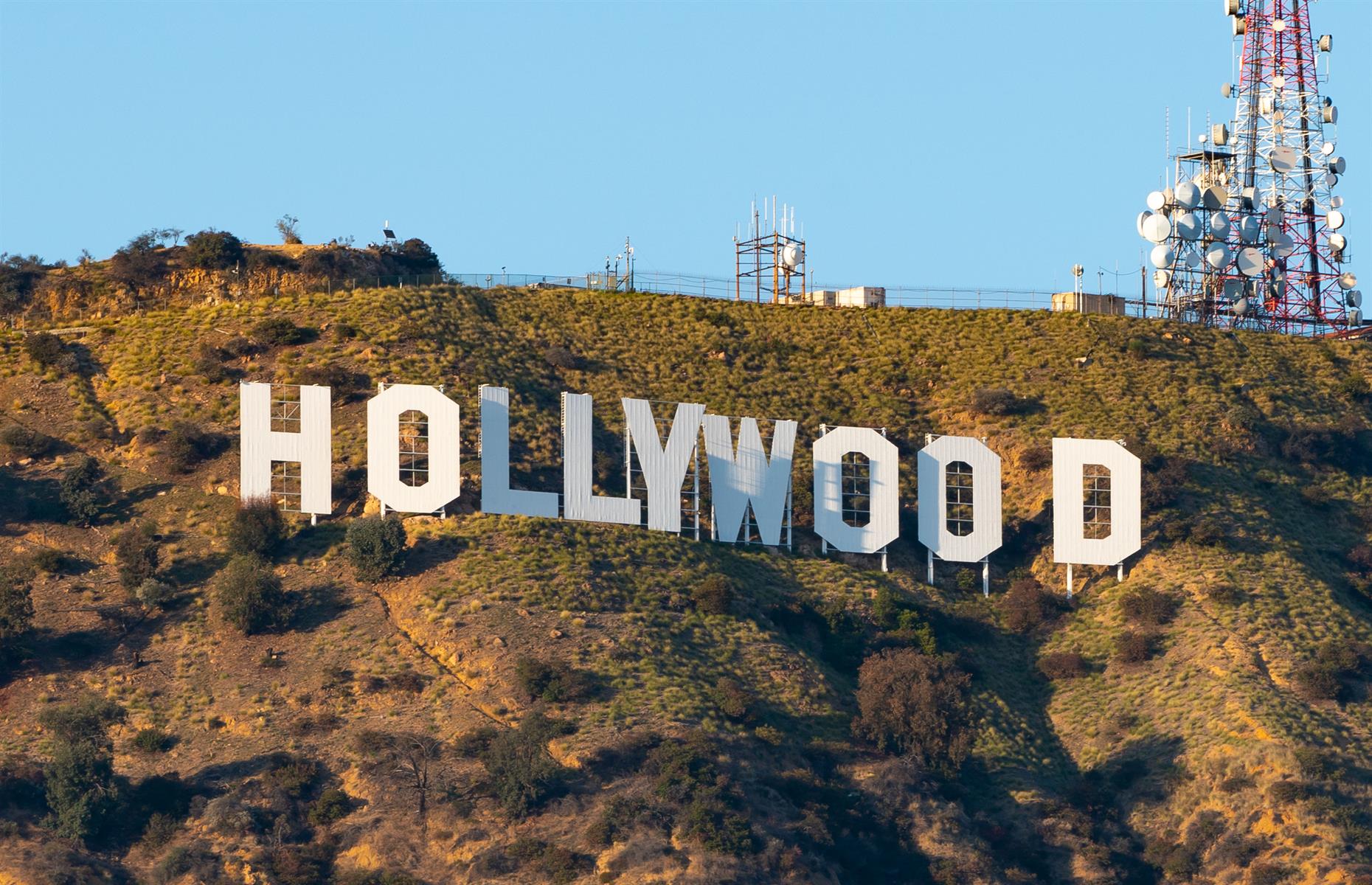 The bulk of California's wealth now comes from more modern ventures such as tech – Silicon Valley is said to house 76,000 millionaires – and, of course, movies. According to the California Film Commission, Hollywood – dubbed the "home of the entertainment industry" – supports more than 700,000 jobs and nearly $70 billion in wages. Forbes also reports that, last year alone, the film industry brought in $100 billion. As for tech, San Francisco and the surrounding areas are home to Facebook, Google and Apple, who are said to contribute $481.7 billion, or 18.9%, to the state's annual GDP.

New Jersey might be the fourth-smallest state in the US, but it’s also the fourth wealthiest. The average New Jersey family brings home $85,751 a year and almost 40% of adults have a Bachelor’s degree. Today, the state is considered an economic powerhouse with industries ranging from chemicals to clay to electronics to medicine. 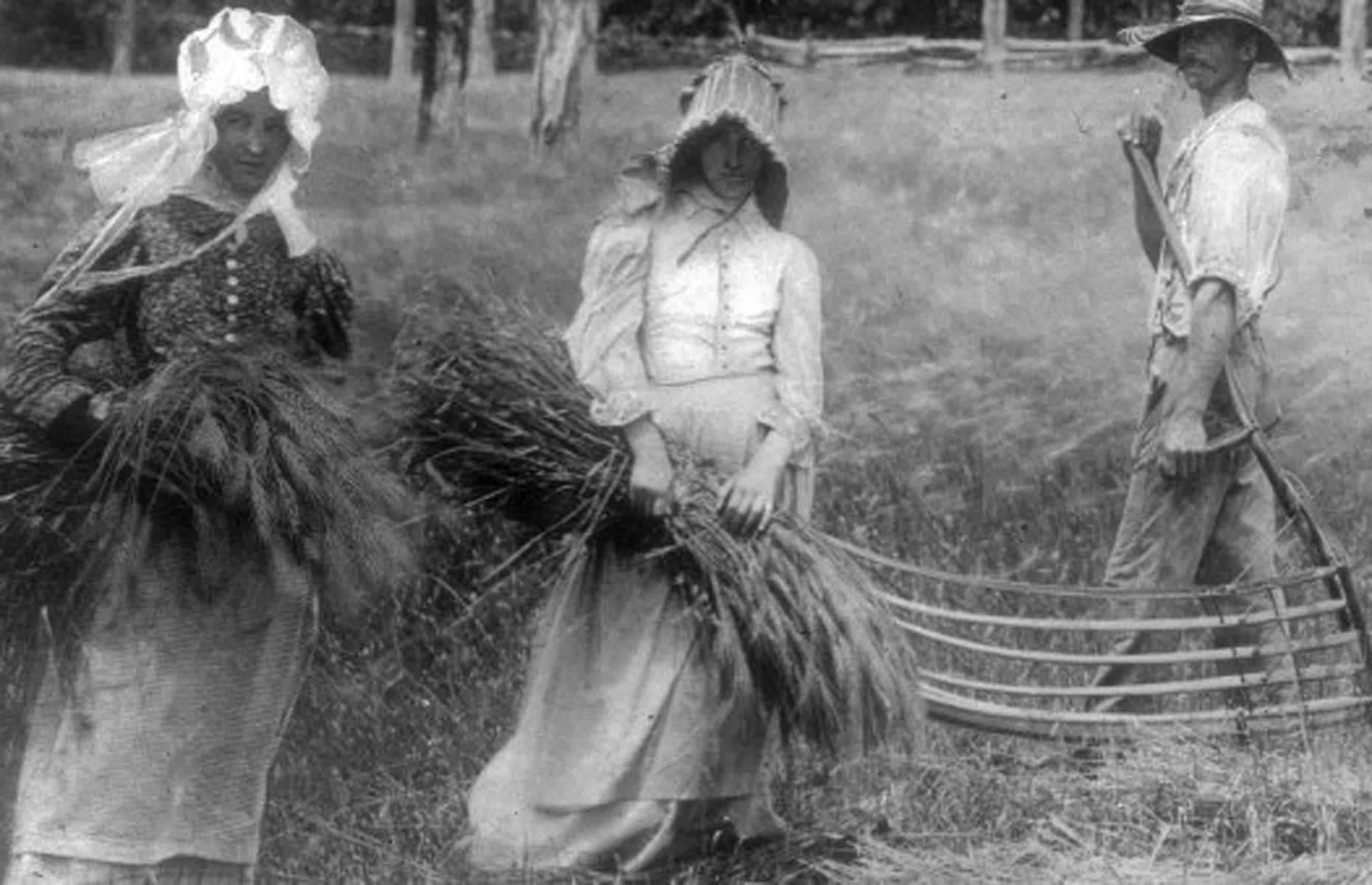 Back in the late 18th century, New Jersey was poor and undeveloped. Agriculture was the state's principal industry and farmers had to contend with bad soil and a succession of crop failures. To change this, Alexander Hamilton — who was secretary of the treasury in Washington — chose New Jersey as the site for a new venture making "cotton goods". In 1791, he tried to build America’s first industrial town: Paterson. 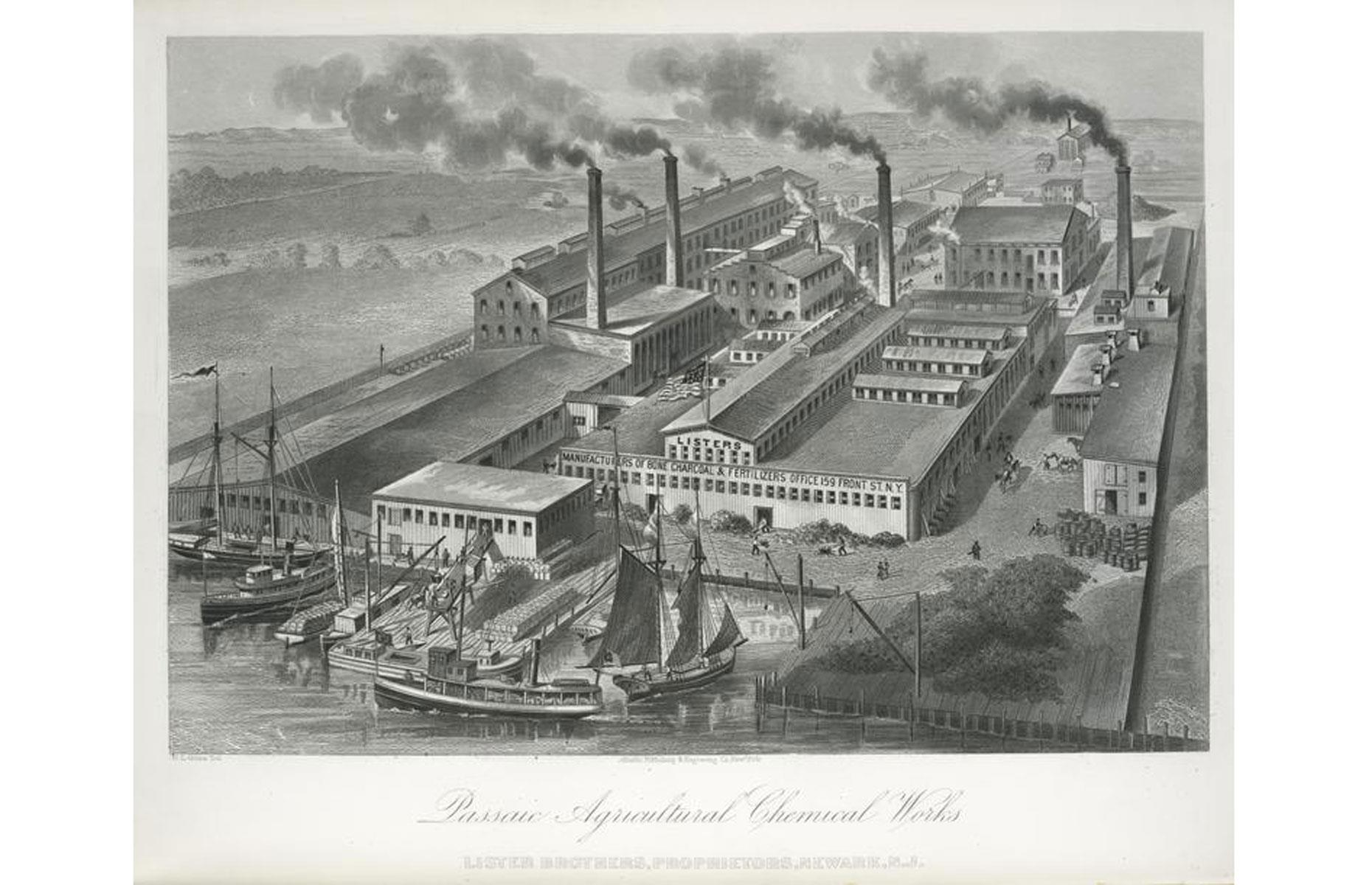 Although Paterson is now New Jersey’s largest city, Hamilton’s venture failed. But the stage had been set. When the War of 1812 ended in 1814, and with it the associated trade embargos, New Jersey was ready to embrace industrialization. Throughout the 1800s, Paterson finally became an industrial centre, producing everything from locomotives to silk. 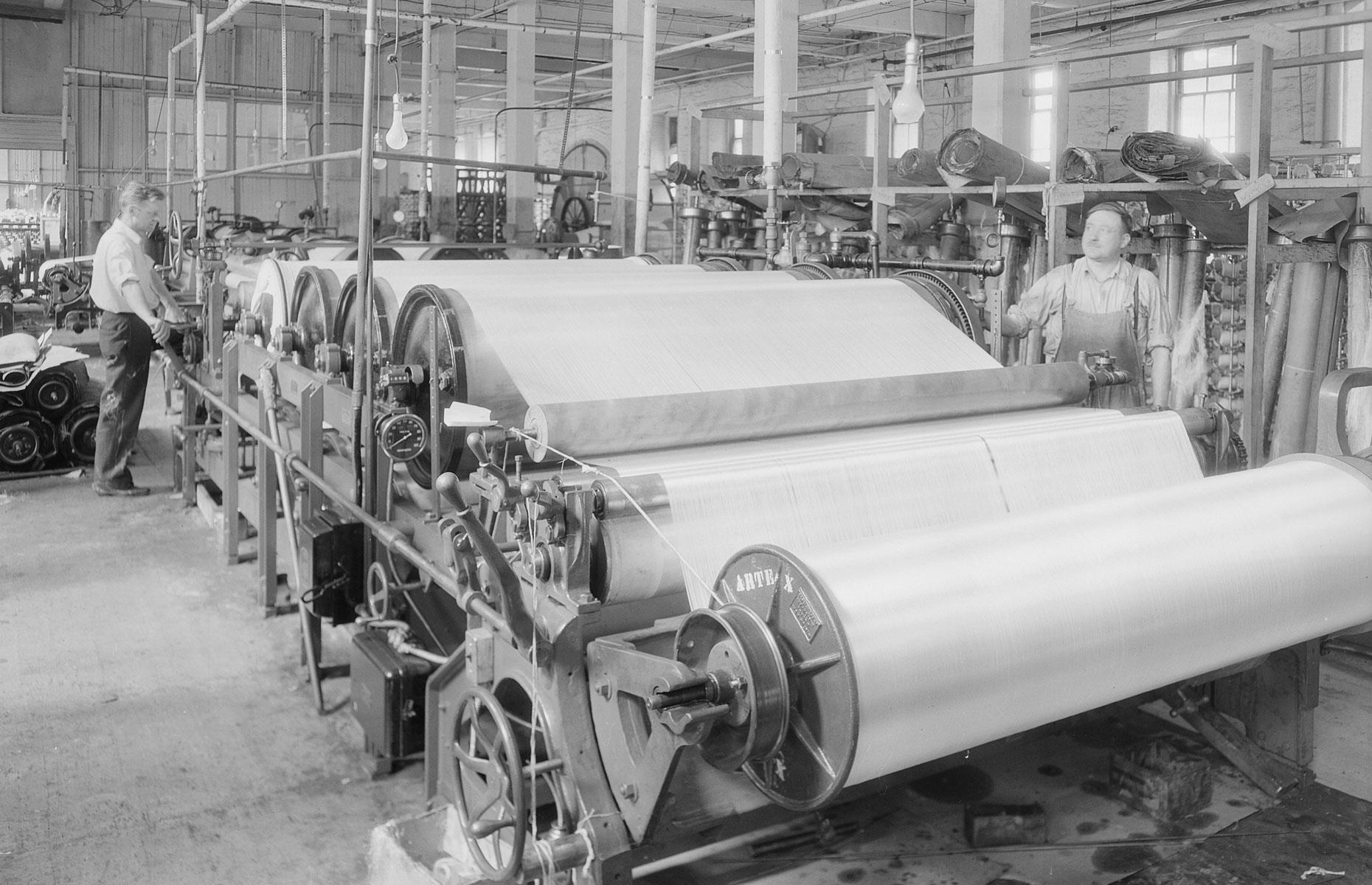 Factories and mills sprang up in New Jersey's 'Big Six' cities. As well as Paterson, Camden, Elizabeth, Jersey City, Newark, and Trenton were leading the way for industrialization. By 1900, the state had cemented itself as the nation’s economic pioneer and it has maintained its reputation ever since.

Nowadays, the industries keeping New Jersey thriving include pharmaceuticals, financial services and healthcare – the latter driven by the state's elderly population and contributing $37 billion to the economy every year. New Jersey is also said to have the highest concentration of scientists in the world. Gambling is also a major source of income for the state, which has always been traditionally more lenient about the practice than some of its neighbors. In 2019, the nine casinos of Atlantic City brought in 28.5 million visitors and made $3.4 billion in revenue.

Hawaii has the highest cost of living in the US. Despite this, its poverty rate of 9.3% is below the national average of 13.7% and the median household income is a generous $83,102. Tourism is the mainstay of the Hawaiian economy, bringing in approximately $17.75 billion a year and supporting 216,000 jobs. Agriculture and defense are also key to the Aloha State's financial wellbeing. 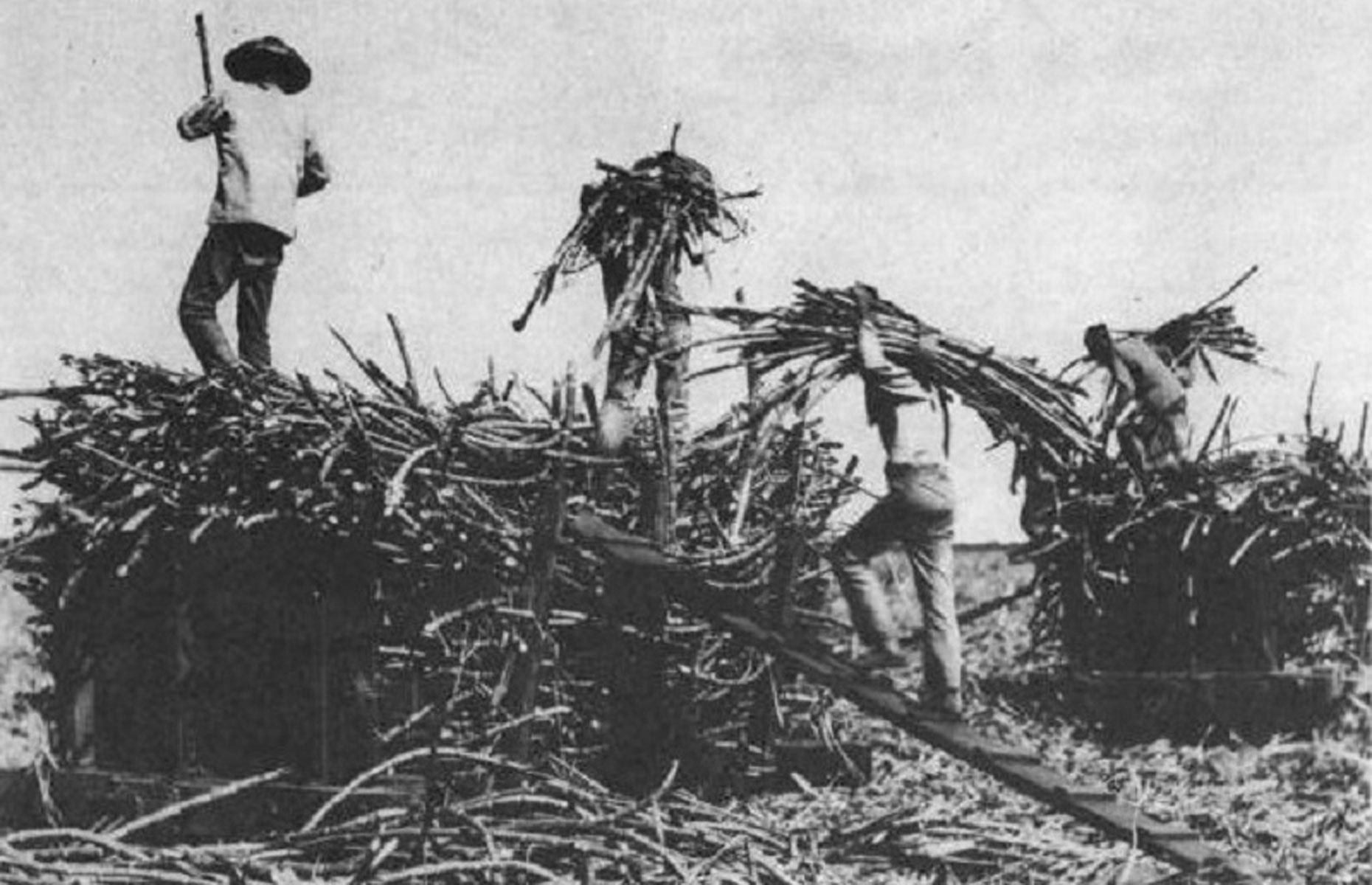 When Christian missionaries arrived in Hawaii in the 1820s, they discovered the island was heavily dependent on the whaling industry. But sandalwood, sugar and pineapples later became key commodities, attracting plantation workers from all over the world.

For the next 80 years, the Hawaiian Kingdom remained prosperous. King Kalākaua, who ruled from 1874 to 1891, signed a free trade agreement with the US that bolstered the island’s economy. He used the money to fund a government program that sponsored students to study abroad as well as to build the impressive 'Iolani Palace in Honolulu. The palace embraced great innovation and boasted indoor plumbing and even a telephone before the White House did.

The Hawaiian Kingdom was abolished when the US annexed Hawaii in 1898. At the time, many Hawaiians opposed American rule. The relative prosperity enjoyed under King Kalākaua was no more. Instead, the Americans expanded the sugarcane plantations. Although this made the US very wealthy, thanks to the 'Big Five' sugar processing corporations, the plantation workers were forced to live in poverty. 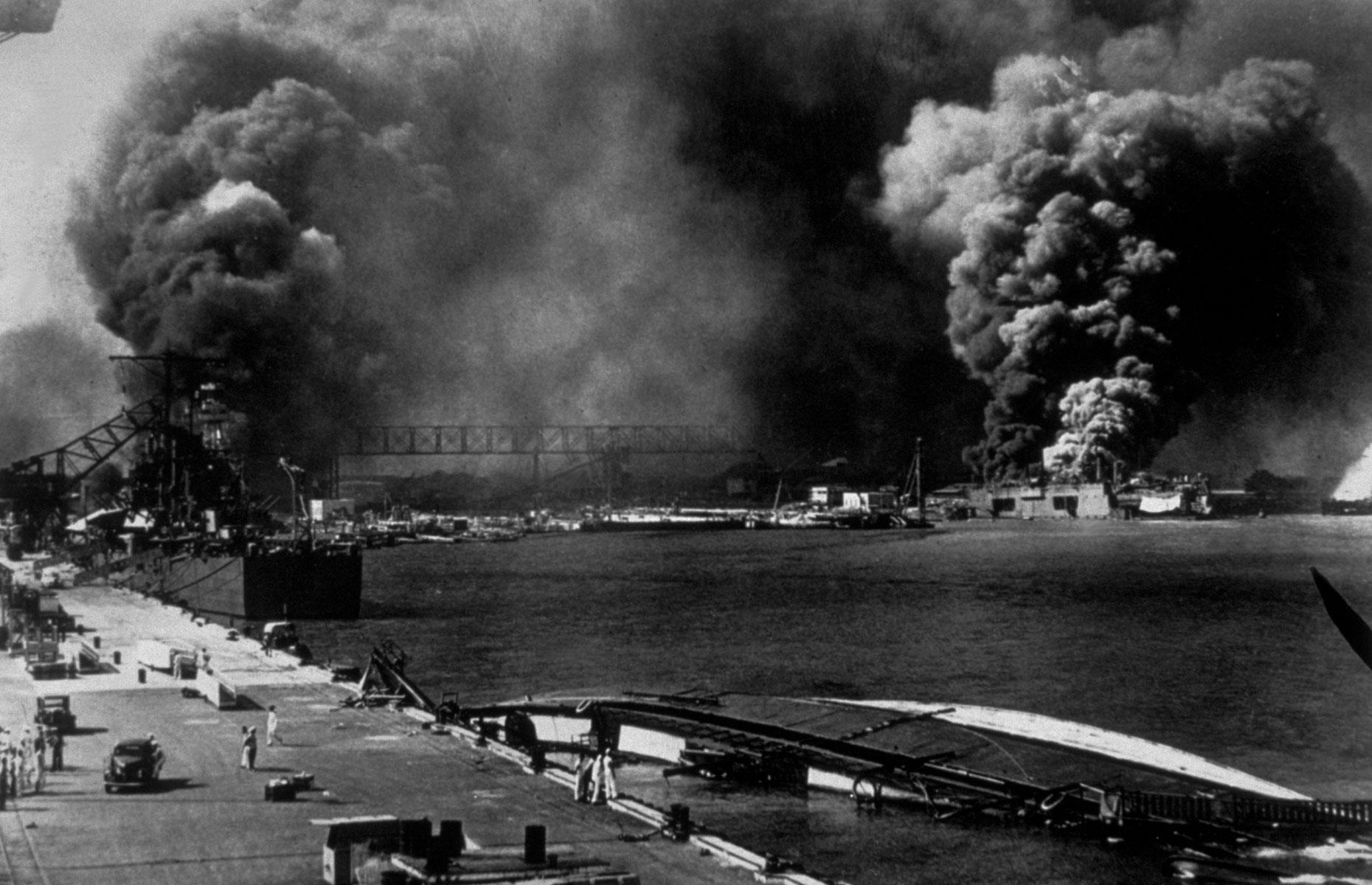 Throughout the 1900s, plantation workers staged a series of strikes to campaign for fairer wages and better working conditions, with variable success. The most famous of these was the Great Hawaii Sugar Strike in 1946, five years after the bombing of Pearl Harbor. Costing over $15 million, it was one of the world’s most expensive strikes and a major catalyst for social change on the island. 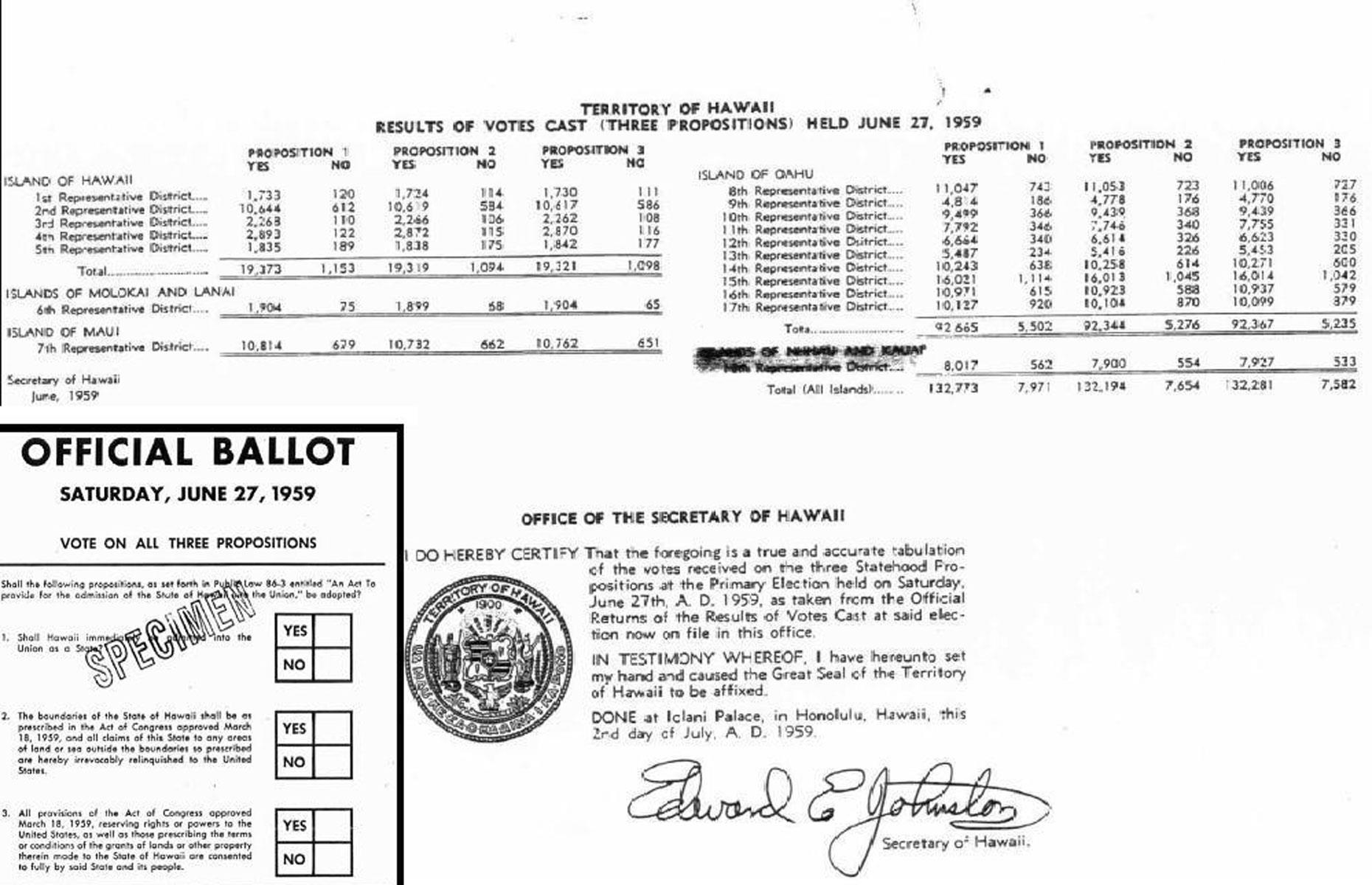 By the 1950s, many Hawaiian residents began pushing for statehood. In June 1959, a whopping 94.3% voted in favor of joining the US and the island was admitted to the Union on 21 August. Just days later, Pan American Airways landed its first commercial flight in Hawaii. Tourism rapidly overtook sugar as the island’s most valuable industry. As Time magazine noted in 1966: “Already, tourists spend $300 million a year, making tourism Hawaii’s largest civilian source of income, larger than the pineapple and sugar businesses combined."

Like Hawaii, Alaska joined the US in 1959. Due to its sparse population, it has one of the lowest state GDPs in America but its GDP per capita is above the national average at $69,597.  Its largest industries are mining, oil, fishing, and tourism. Because it relies heavily on natural resources, the economy has often fluctuated to reflect reserves. That means Alaska wasn’t always the well-off state it is today.

In 1867, the US bought Alaska from Russia for $7.2 million. It turned out to be an excellent investment. Just five years later, gold was discovered near the capital city of Sitka, sparking the mass immigration of around 60,000 people. This was followed by the Klondike Gold Rush from 1897 to 1900, bringing a further 100,000 people into the region.

While some gold hunters got rich, many went home empty-handed. Some even died during the perilous journey, with many casualties on the Chilkoot and White Pass Trails. As the gold rush slowed down, many of the settlements that sprung up to house hopeful miners began to decline. Some disappeared completely, such as the now-abandoned town of Dyea.

Once the gold rushes were over, Alaskans returned their attention to more traditional industries such as fishing. But all that changed when World War II broke out. Alaska’s strategic position near the west coast of America made it a valuable asset, with Brigadier General William Mitchell going so far as to say: "He who holds Alaska will hold the world." 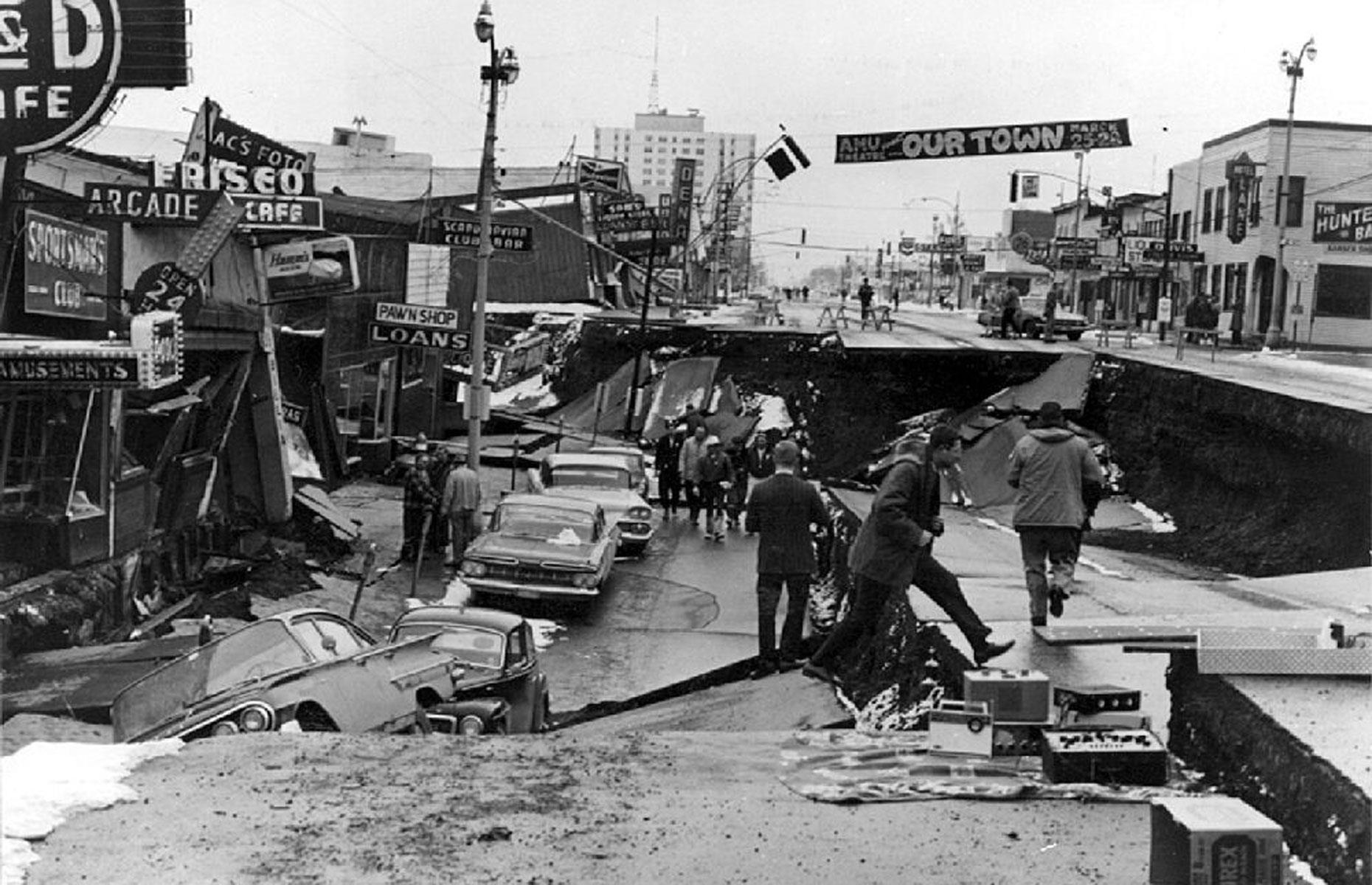 Due to its part in World War II, Alaska was transformed. Wartime construction had brought railways, telephone lines, highways, and oil pipelines to the region. Between 1940 and 1950, Alaska’s population swelled from 72,000 to 129,000. All of these factors, combined with its statehood in 1959, meant its economy boomed during the 1960s. Even a devastating earthquake in 1964 triggered mass reconstruction rather than recession – and more luck was on its way. 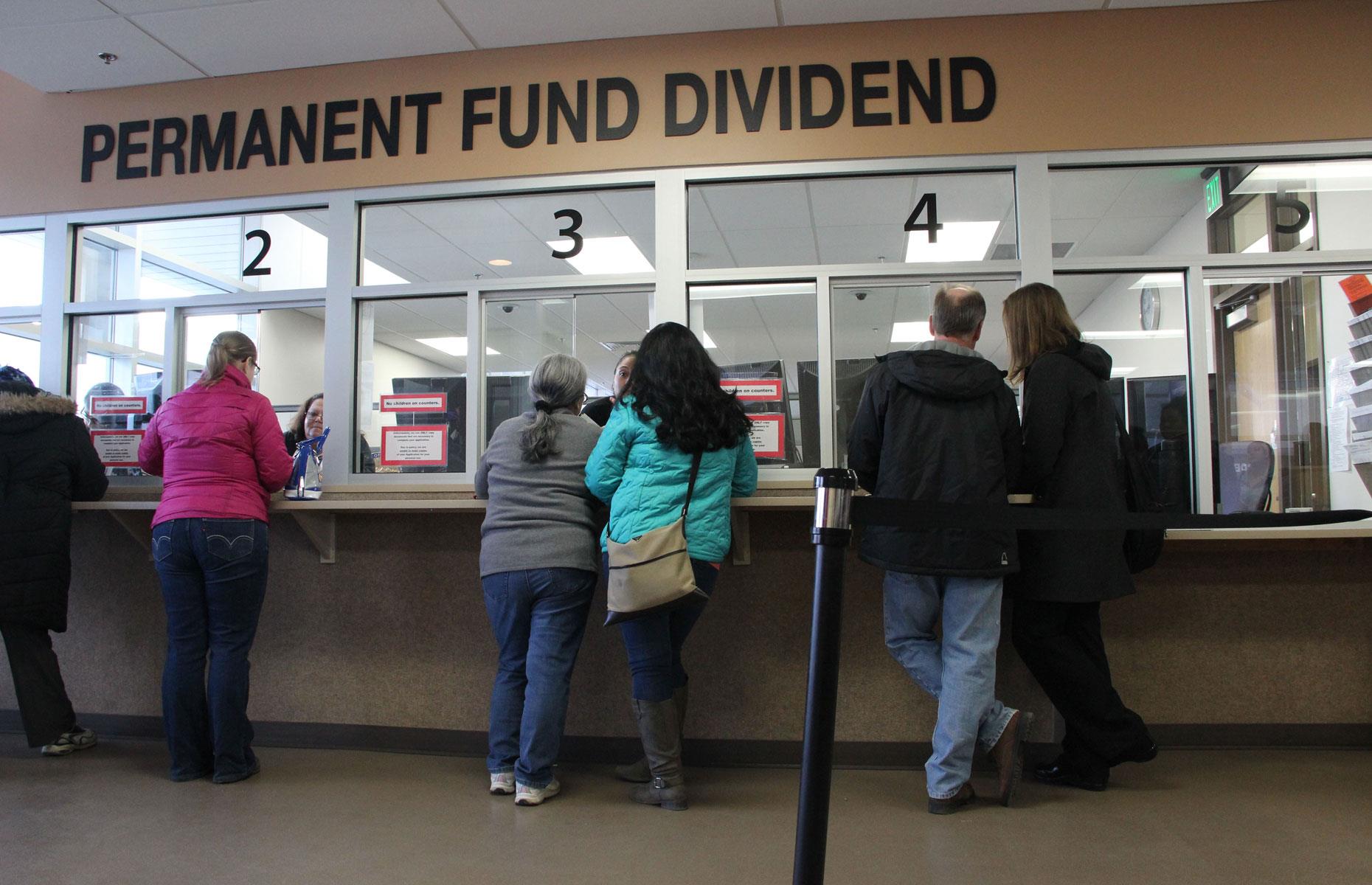 Alaska struck black gold in 1968 when vast reserves of oil were discovered in Prudhoe Bay. The development of the oil field and Trans-Alaska Pipeline during the 1970s triggered an economic boom, with the state reaping many financial benefits. By collecting taxes from the oil companies, the Alaskan government was able to fund new public buildings, heavily-subsidized mortgages and even created a yearly cash dividend payout for residents.

With a GDP per capita of $70,185, North Dakota is the ninth richest state in the US. Its economy was completely transformed during the 1980s, thanks to successful diversification and the development of fracking. As well as energy, North Dakota's biggest industries are agriculture, transport, and tourism to its national parks. But 50 years ago, the state looked very different. 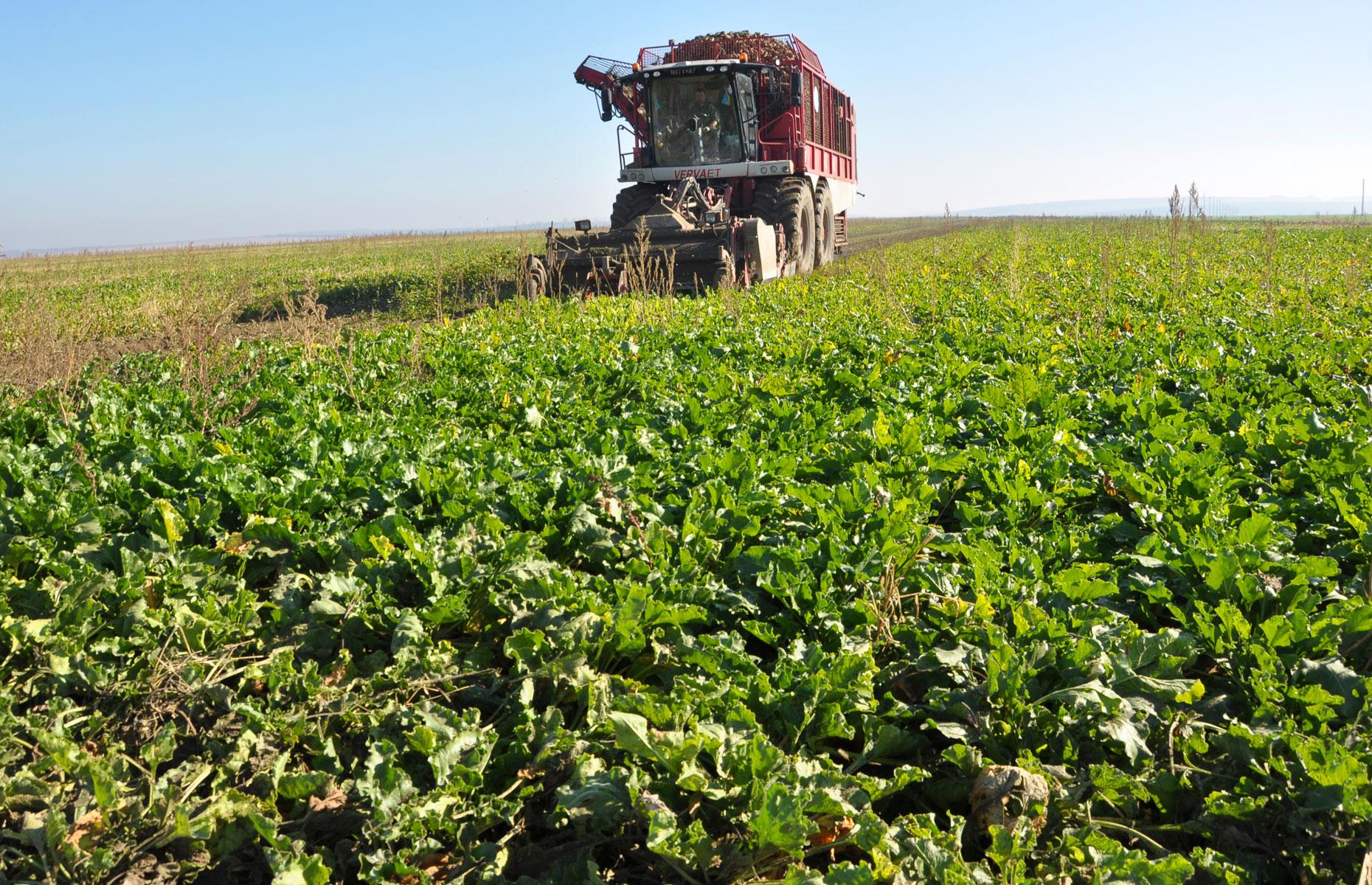 During the 1980s, North Dakota was largely dependent on agriculture, specifically sugar beet cultivation. However, increased mechanization had resulted in fewer jobs and residents were leaving the Roughrider State in droves. To diversify the North Dakotan economy, an ambitious plan called Vision 2000 was unveiled. Throughout the 1990s and early 2000s, a variety of fast-growing sectors were developed, including information technology, biotechnology and wind power. 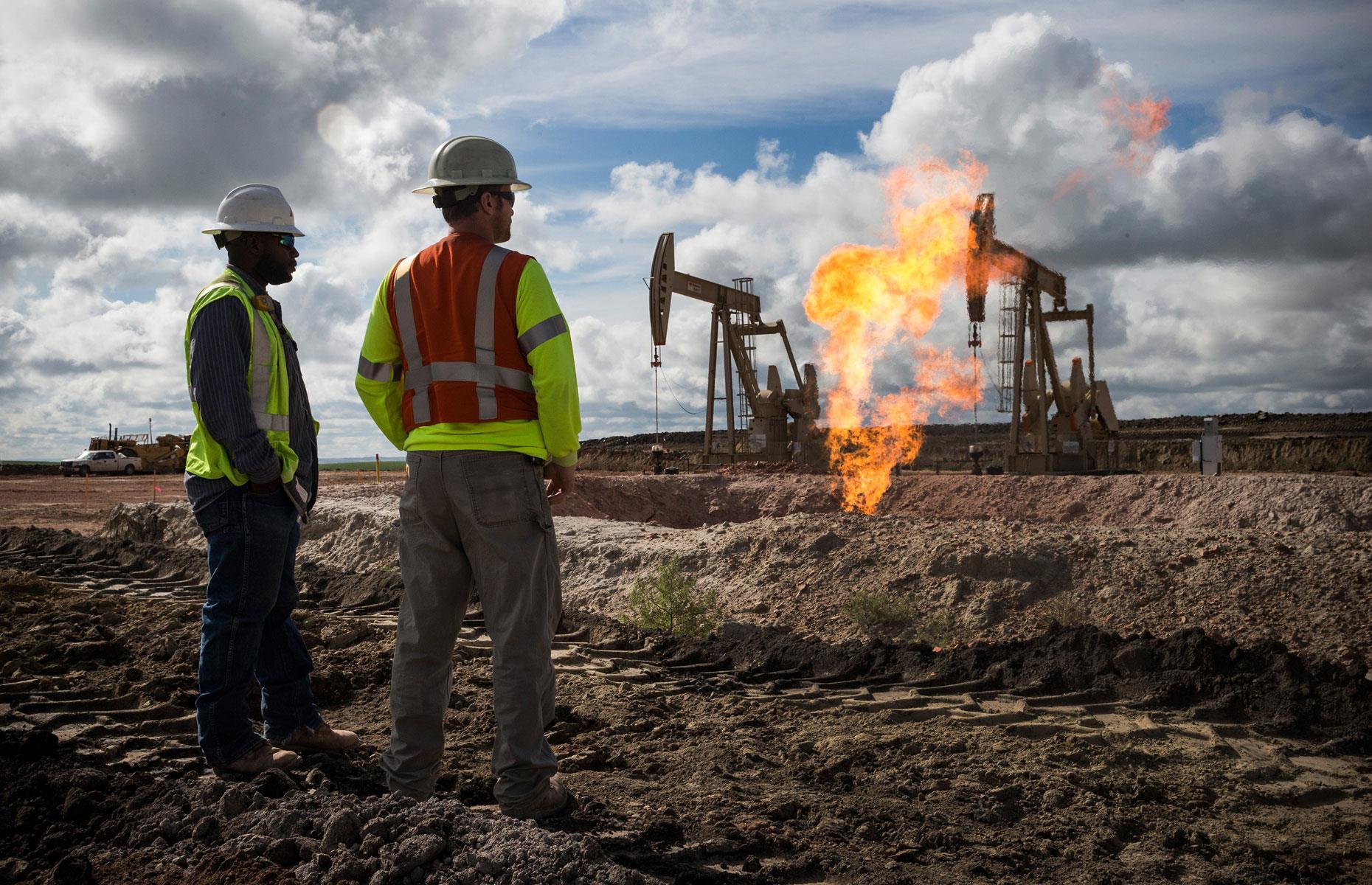 When energy companies began extracting oil and gas in 2006, North Dakota's economy boomed. According to the Western Dakota Energy Association and North Dakota Petroleum Council, tax revenues from the oil and gas industry brought nearly $22 billion into the state between 2008 and 2020. Today, around 87,400 jobs are dependent on the sector. 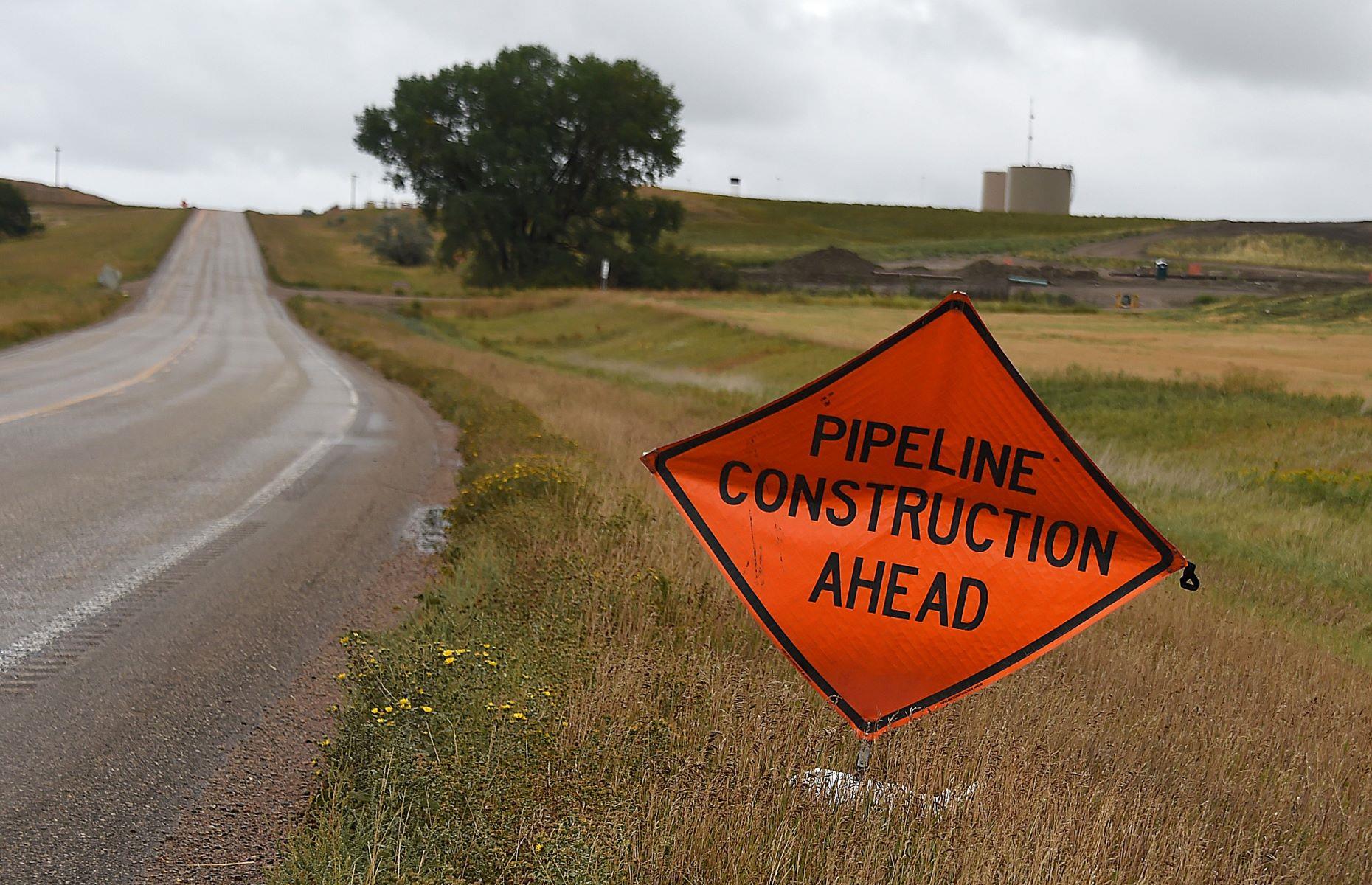 At the peak of the boom in 2012, North Dakota had a budget surplus of $1.6 billion and the fastest-growing population in the country. Annual economic growth had surged to 7% and the unemployment rate had plummeted to 3%. Despite the global slump in oil prices in 2014, and growing environmental concerns, production remains high in North Dakota, accounting for around $40 billion of its GDP.