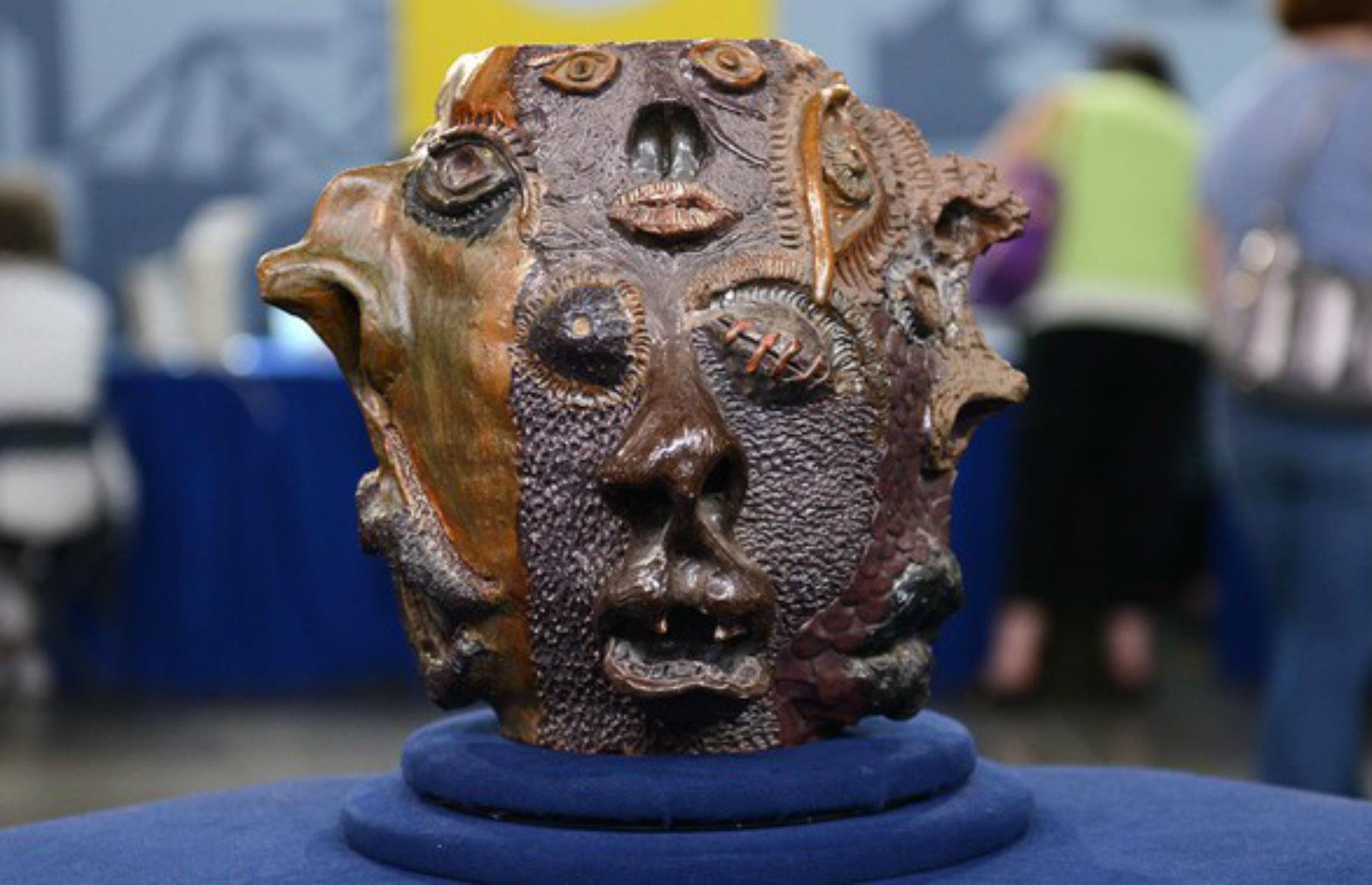 The fortunes that turned out to be fake

From a bottle of rare Scotch whisky to a fake Picasso painting, we take a look at items from around the world that were believed to be highly valuable, but turned out to be worthless.
Features 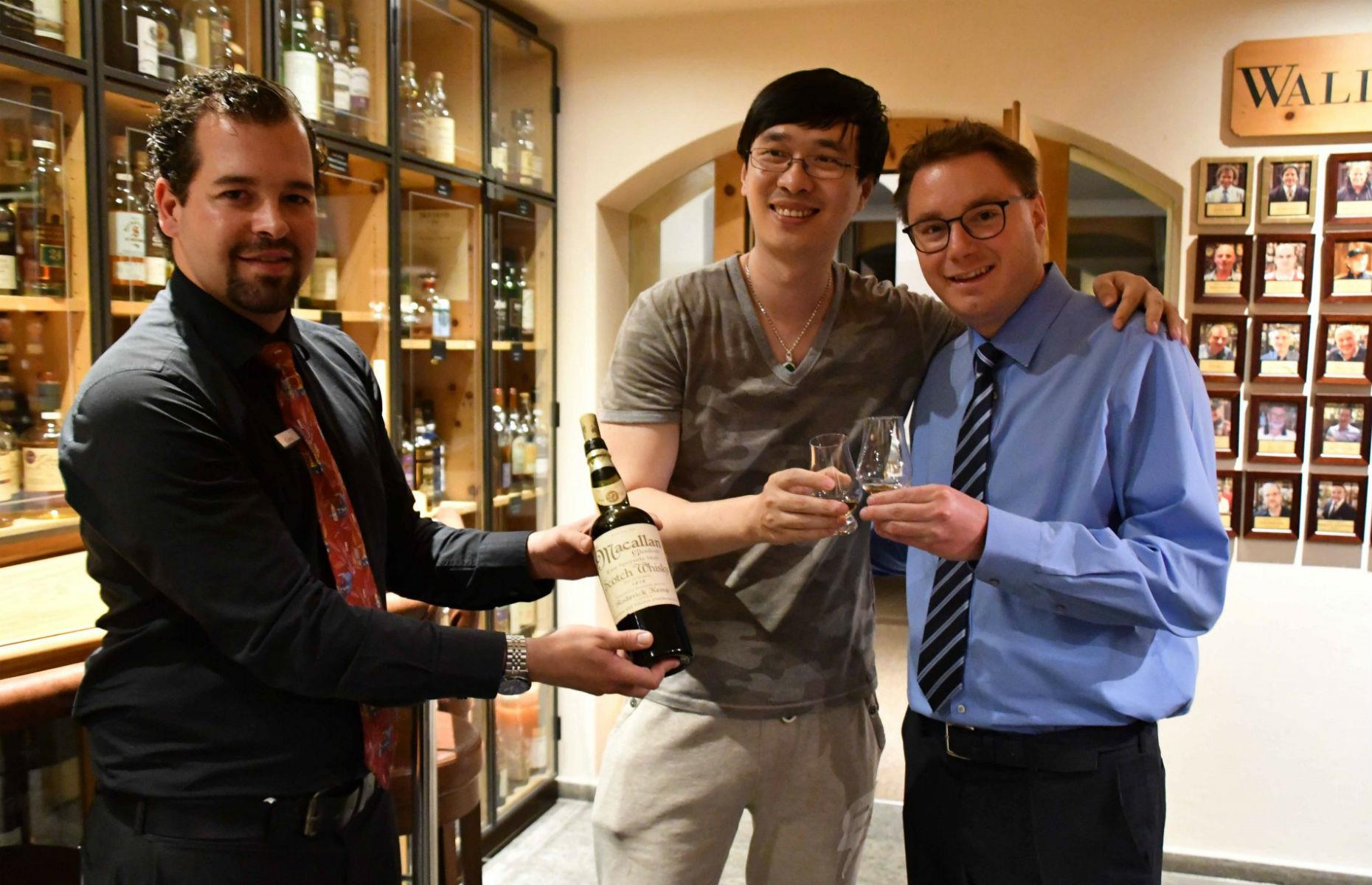 A bottle of Macallan 1878 whisky

The Waldhaus Am See hotel in St Moritz hit the headlines in 2017, after a Chinese customer paid 10,000 Swiss francs, the equivalent of $10,500 (£8k) at the time, for a glass of whisky from one of the world's only known bottles of Macallan 1878 whisky. It is thought to be the highest value ever paid for a poured dram. 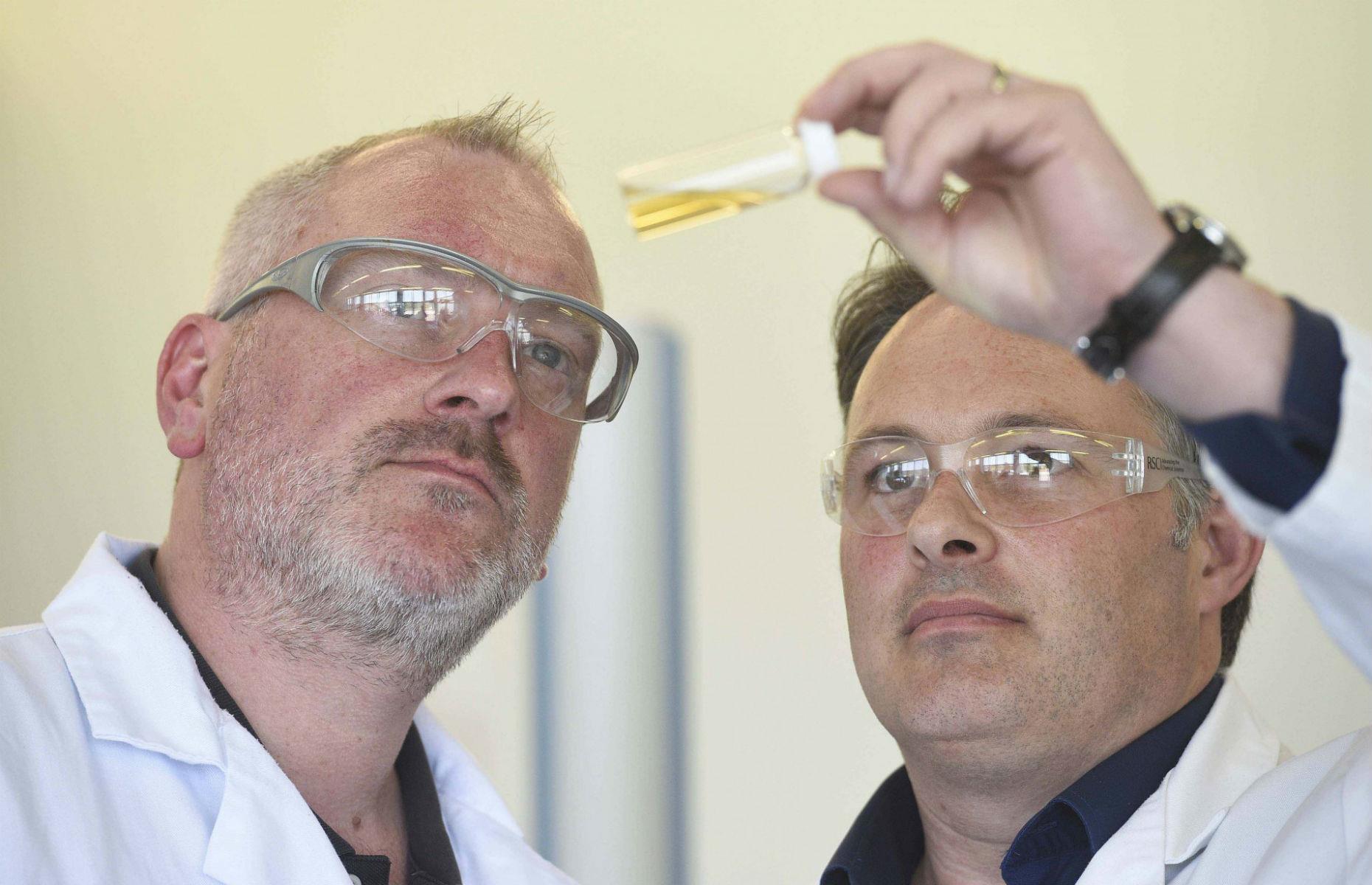 A bottle of Macallan 1878 whisky

But following a series of investigative and forensic tests carried out by whisky valuers and consultants Rare Whisky 101 (RW101), the whisky was shown to date back no further than 1970, deeming it almost worthless as a collector's item. Laboratory tests showed the spirit was most likely a blended scotch comprised of 60% malt and 40% grain. The Chinese customer was refunded once it had been confirmed that the liquid gold was a fake, and the hotel's manager Sandro Bernasconi even flew to Asia to give the customer's money back in person.

In May 2015, US explorer Barry Clifford revealed to the world that he had discovered 17th century pirate William Kidd's loot at the bottom of the Indian Ocean, including a 7st 9lb (50kg) silver bar. After looting a ship laden with valuable cargo in 1698, Kidd was caught and imprisoned, but the fate of his booty remained a mystery. 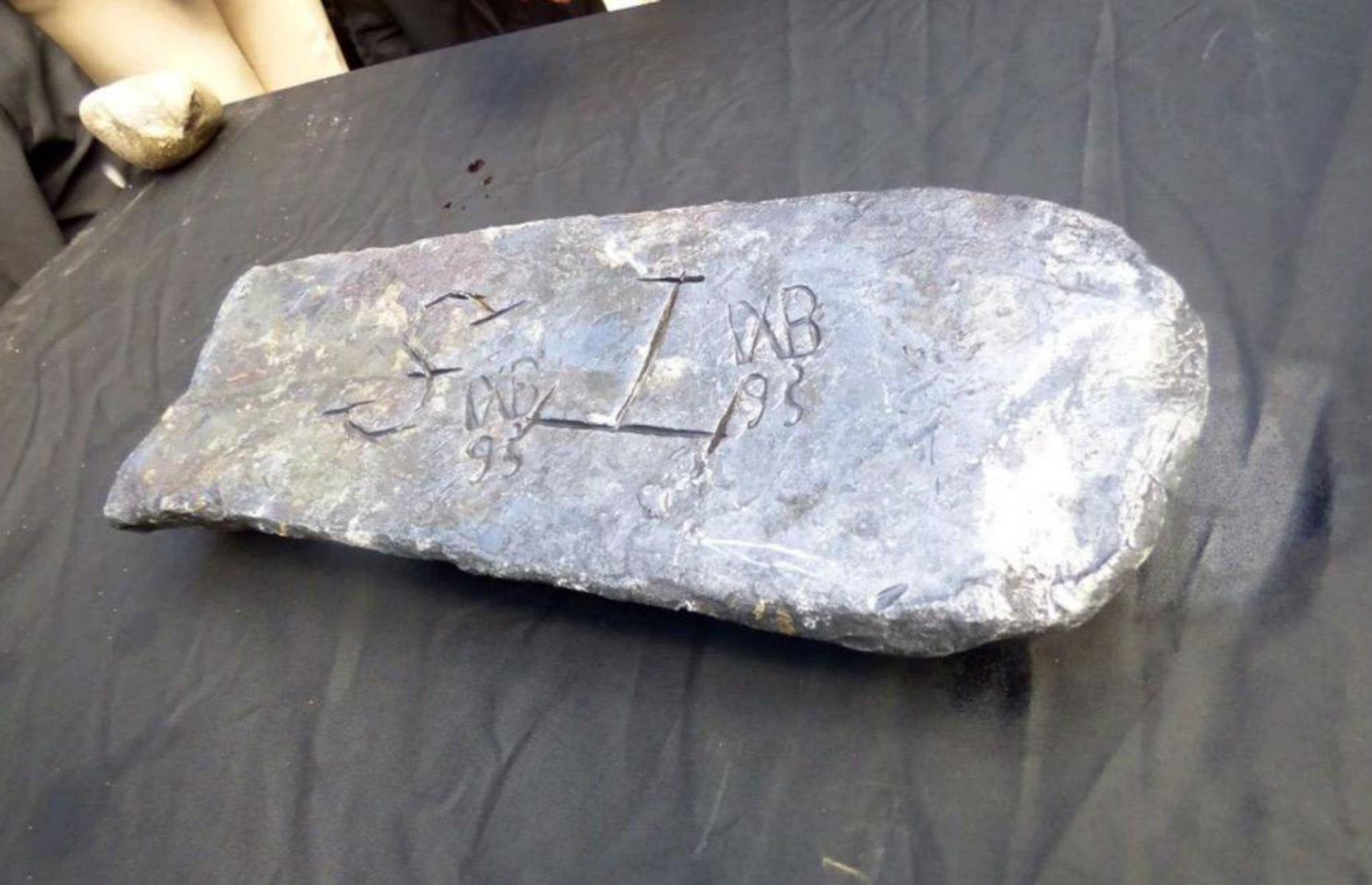 However, by July UNESCO had rubbished the explorer Barry Clifford's claims: after visiting the site it was found that the ingot was in fact 95% lead and that the supposed shipwreck was simply old rubble. 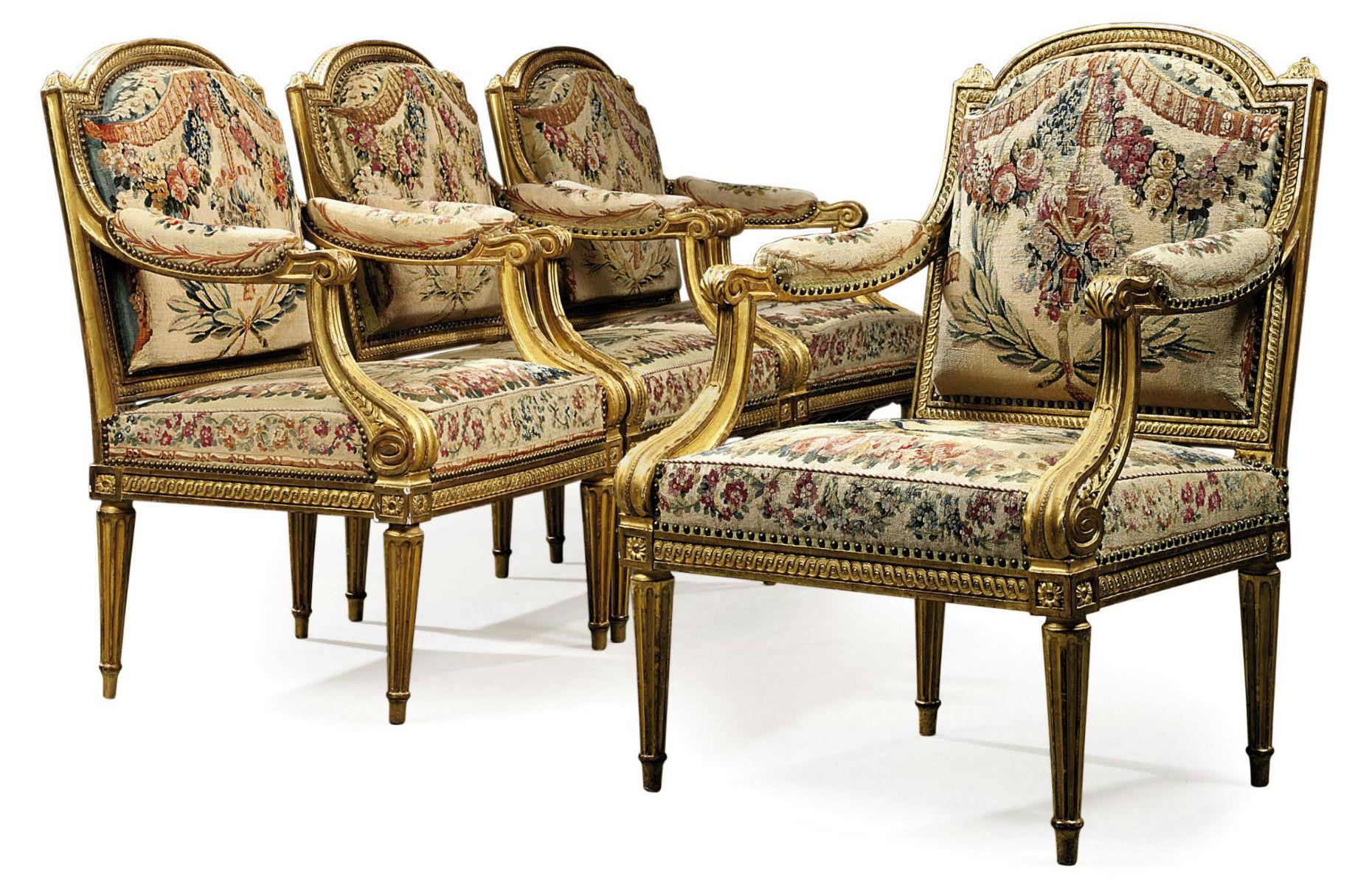 Forged furniture from the Kraemer gallery

In the summer of 2016, antiques dealer Laurent Kraemer, head of the Kraemer Gallery in Paris, and chair specialist Bill Pallot, were arrested on suspicion of selling the Palace of Versailles counterfeit medallion chairs. The pair had been under investigation since 2012 following a tip-off by 18th century chair expert and fellow antiques dealer Charles Hooreman.

Forged furniture from the Kraemer gallery

The chairs were sold to the Palace for €1.7 million ($1.9m/£1.5m) and were thought to be among a group of 13 created by Louis Delanois for the Palace's living room in 1769. The chairs are counted as National treasures in France and doubts started to set in once officials realised that there were too many chairs in circulation.

An inheritance found in a safe

Claudia Moretti must have been thrilled in early 2014 when she opened the safe in the house she had inherited in her uncle's will. Inside lay 100 million Italian lire, in cash. However, the high didn't last long...

An inheritance found in a safe

Her hopes of inheriting this huge sum were dashed when she went to Italy's central bank to have the cash changed into euros, only to discover it was no longer possible. When Italy moved to the euro in 2002 the government agreed to only exchange the country's former currency up to December 2011, with coins and notes presented after that time declared worthless. The deadline was strict and even though Claudia hired lawyers to challenge the decision, she was unsuccessful and had to wave goodbye to the fortune. 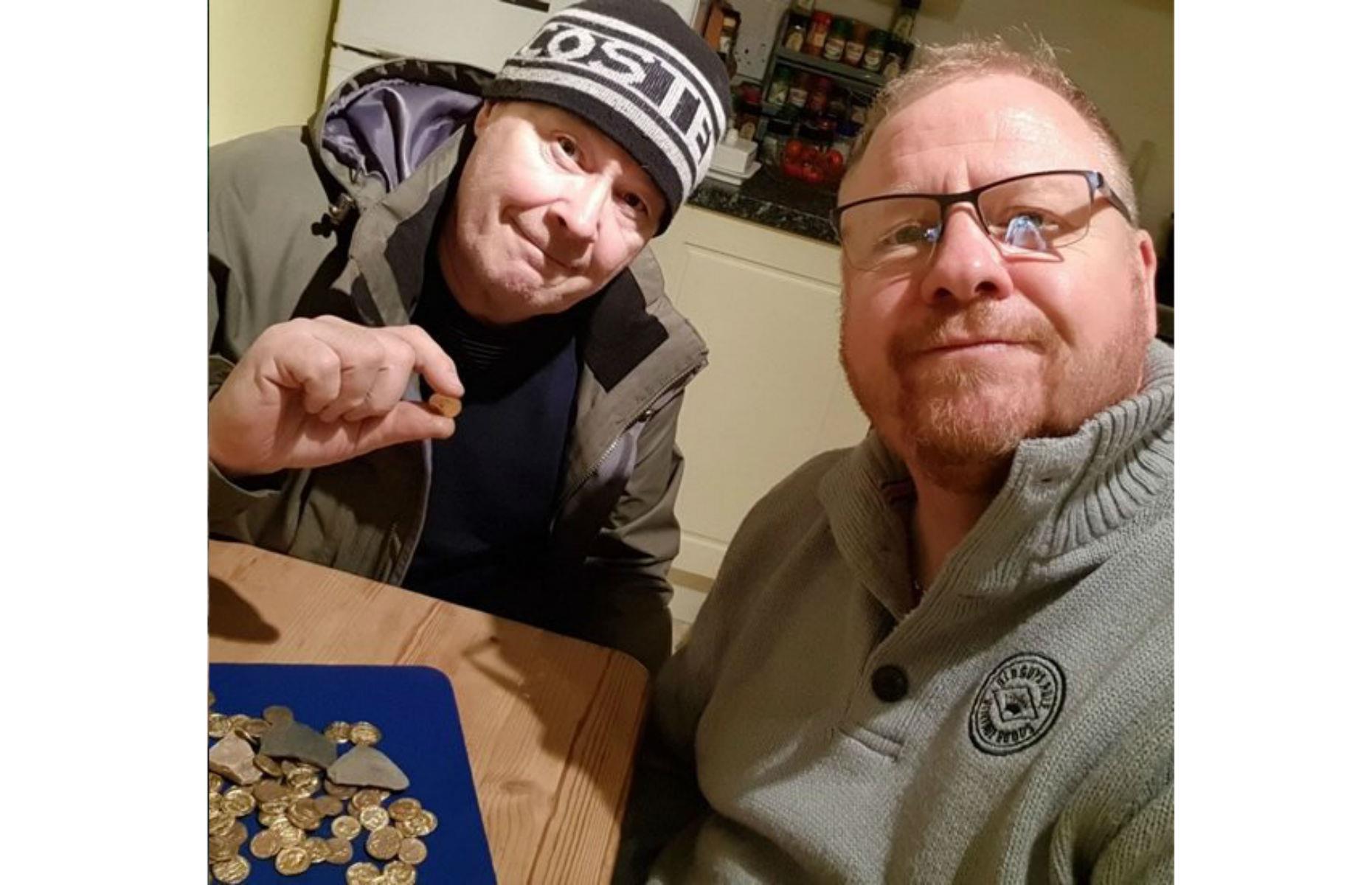 In January of this year, hapless treasure hunters, Andy Sampson and Paul Adams, came across what they thought was a haul of Roman coins in a Suffolk field, but all was not what it seemed.
Features 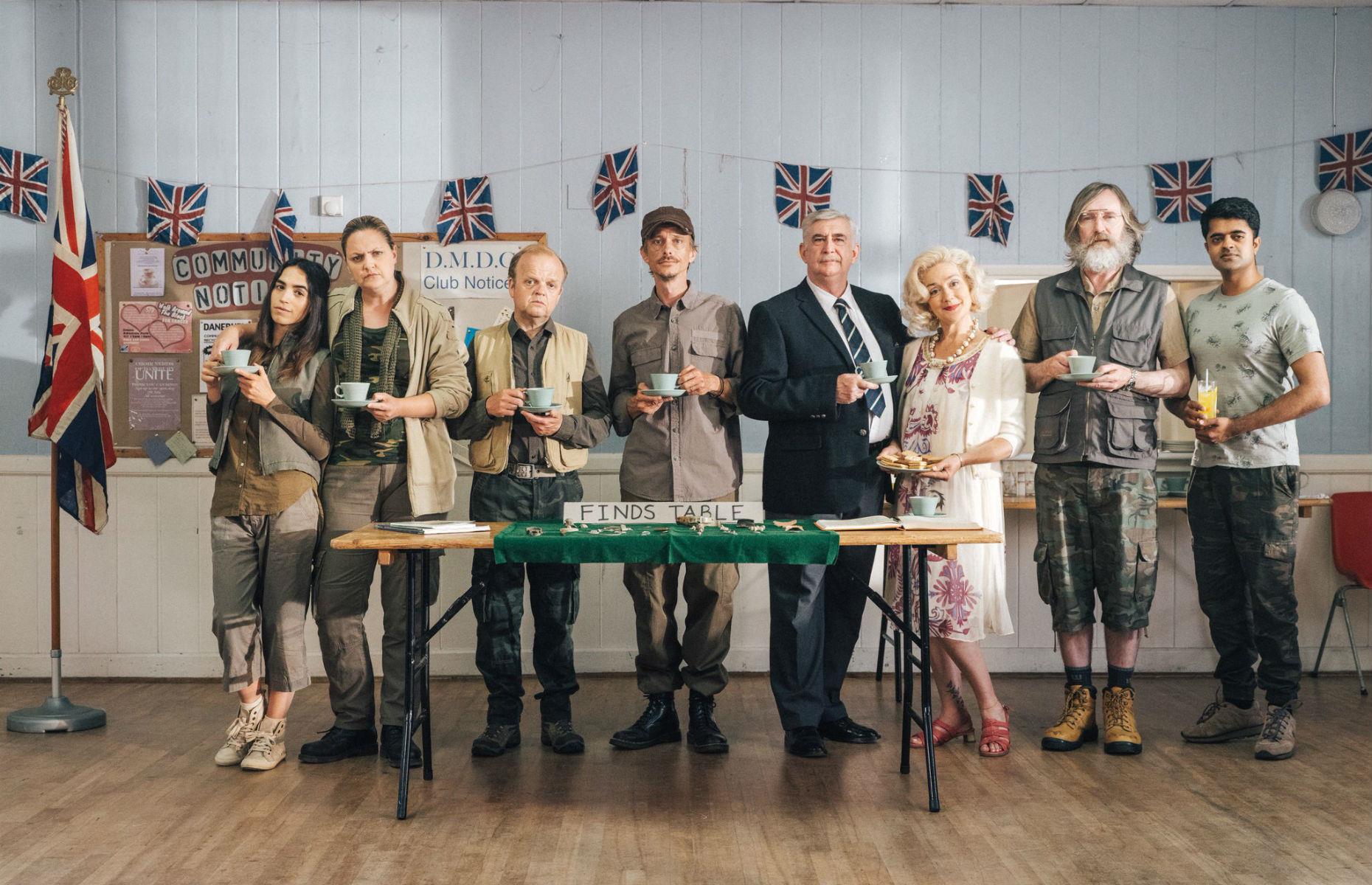 The pair spent 24 hours believing that the collection was real. However, the next day it was discovered that the coins had been left in the field by a TV crew filming hit BBC series, Detectorists (pictured). The crew thought they had picked up all the buried coins, but unfortunately for the duo they left 54 of the replicas behind. Had the coins been real, they could have been worth as much as $320,000 (£250k).

A rare find on a beach

Alan Derrick and his son Tom thought he had hit the jackpot in August 2016 when they stumbled across what he thought was ambergris, also known as "whale vomit", on a beach in Weston-super-Mare, a coastal town in North Somerset, England.
Features 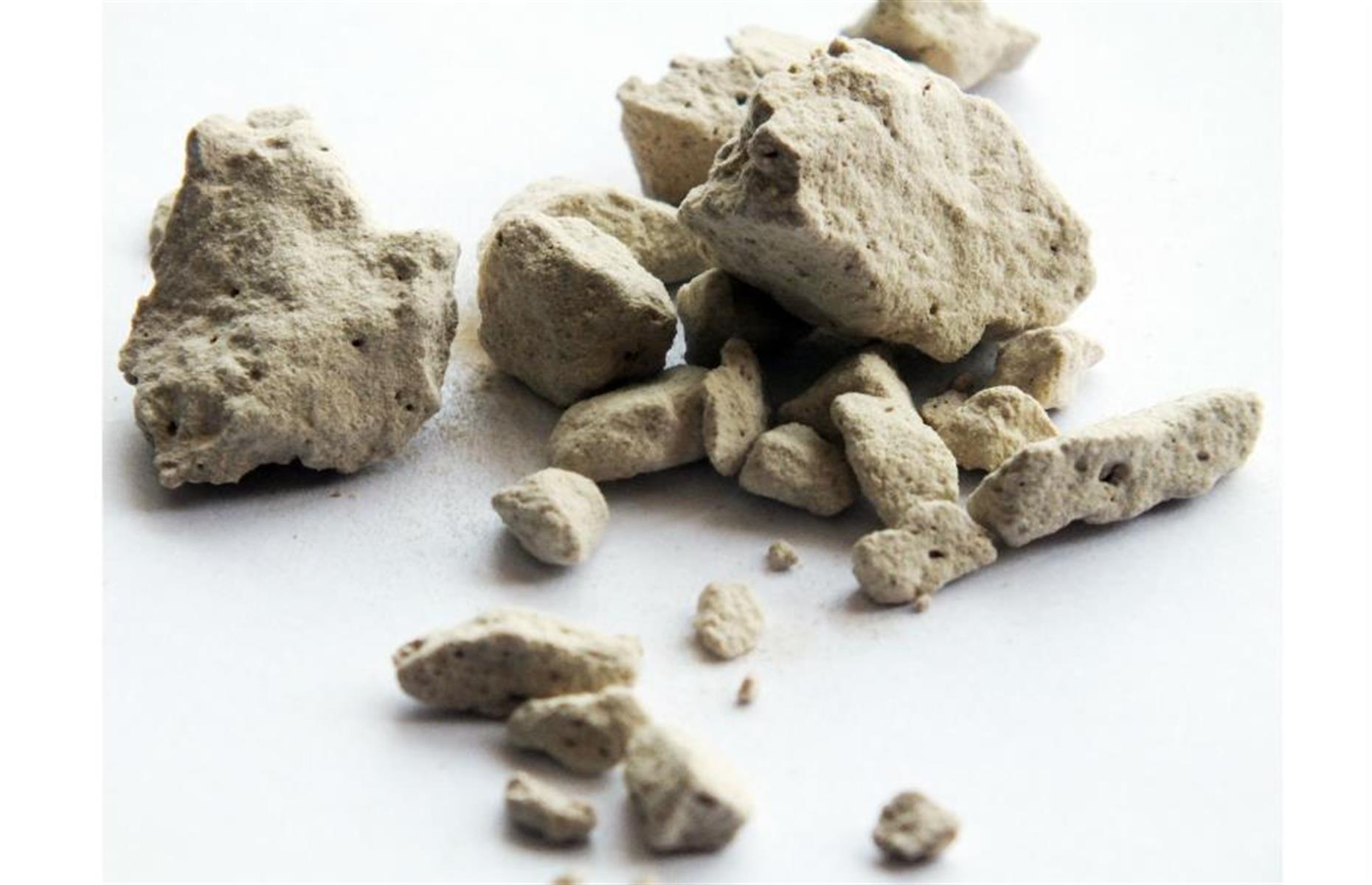 A rare find on a beach

Made in the digestive systems of sperm whales, ambergris can be found in lumps of all shapes and sizes. It's so sought after because it is a useful ingredient in making perfumes. Ambergris is still used around the world to make the scent of a fragrance last longer, though has largely been replaced by a synthetic alternative. Derrick stood to make thousands, and had already put the lump on eBay for £65,000 ($83.7k). However, further tests revealed that it was not the valuable substance, but instead was a worthless piece of fat.

In March 2018, diamonds and sapphires kept at the Czech National Museum in Prague thought to be worth millions were found to be fake. The discovery was made during an inspection of the museum's 5,000 precious stones and minerals, which are kept under lock and key.

A five-carat diamond acquired by the museum in 1968 was revealed to be a worthless piece of cut glass and a 19-carat sapphire bought by the museum for CZK 200,000 ($8.7k/£6.7k) was found to be a cheap imitation, meaning it is potentially worthless. The museum has said that they don't know how the fakes ended up in their collection, and are in the process of carrying out an investigation. While it could be possible that the stones were not properly checked at the time of acquisition, they could also have been swapped by criminals as part of an inside job. 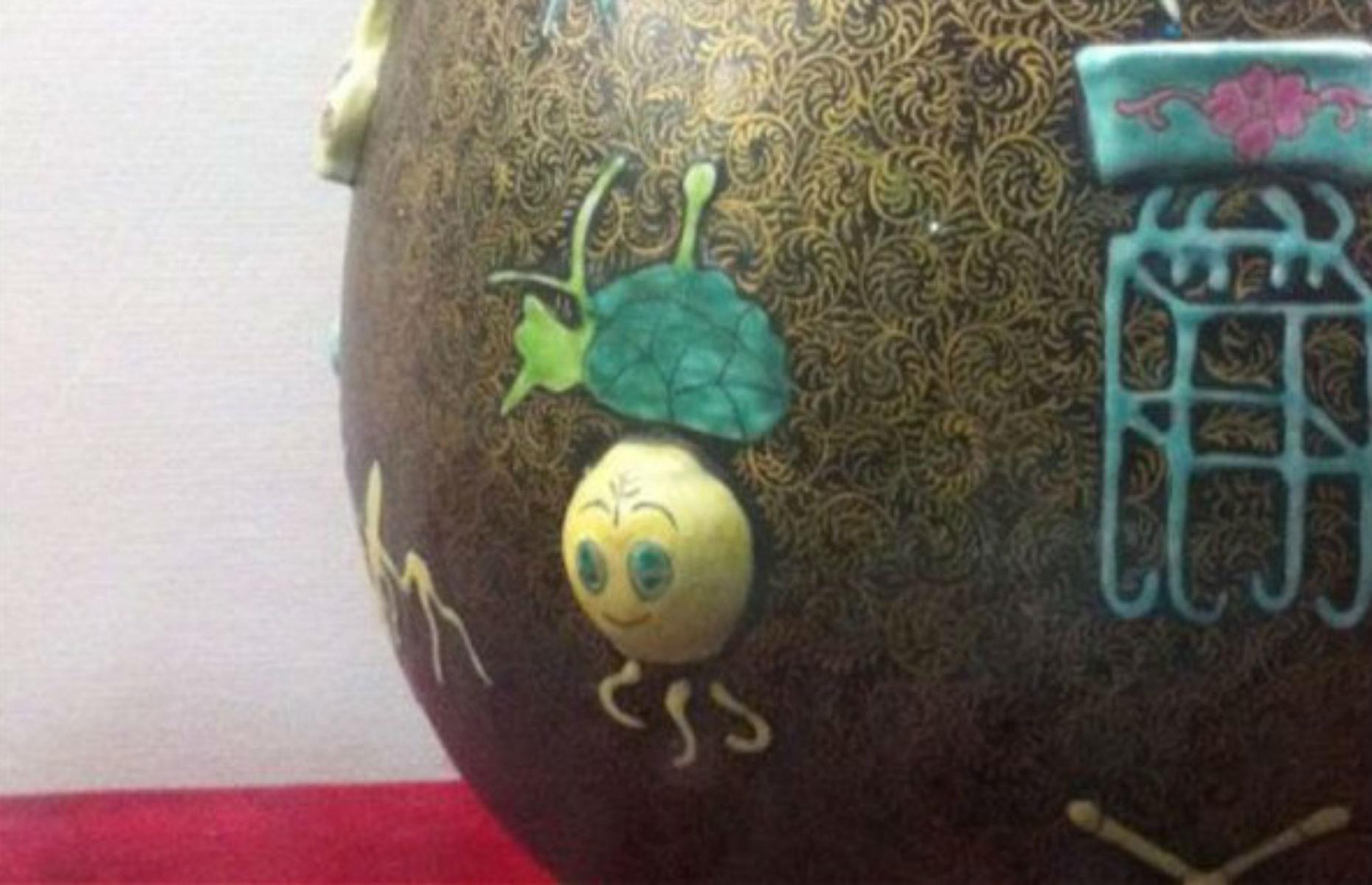 The Chinese museum that was forced to shut down

It's not just diamonds that can be faked in museums. In 2013, Jibaozhai Museum in Jizhou, northern China was forced to close after claims that its collection of ancient relics was composed of fakes. The problems started when Ma Boyong, a Chinese writer, noticed that there were some errors among the collection, which he posted online. Among the errors were artefacts (similar to this vase) that were engraved with writing which only came into use during the 20th century.

The Chinese museum that was forced to shut down

The museum argued that at least 80 of the objects were authentic, but that left as many as 40,000 fakes. The institution, which is made up of 12 large halls and cost 60 million yuan ($8.5m/£6.6m) to build before it opened in 2010, was forced to shut down. Its owner Wang Zonquan died of a heart attack later that year, three days after asking for permission to reopen the museum.

An authenticity report commissioned in the summer of 2017, discovered that another museum, San Francisco's Mexican Museum, had 1,917 forged pre-Hispanic artefacts in its 2,000 piece collection. That's a staggering 96%.

Carried out by Eduardo Pérez de Heredia Puente from the National Institute of Anthropology and History in Mexico City, the inspection found that just 83 of the artefacts were of museum quality. The rest were found to be modern ceramic works imitating the archaeological ones. Poor testing on the provenance of the collection was blamed on the discovery. All of the artefacts were donated to the museum by over 50 donors since the museum's inception in 1975.

In a 2016 episode of the American version of Antiques Roadshow, Alvin Barr from South Carolina presented this glazed redware jug having found it at an estate sale in Oregon for $300 (£235). Appraiser Stephen L Fletcher dated the piece of unusual pottery back to the late 19th century, likening it to some of Picasso's work. He put its retail value between $30,000 and $50,000 (£23.4k-£39k). 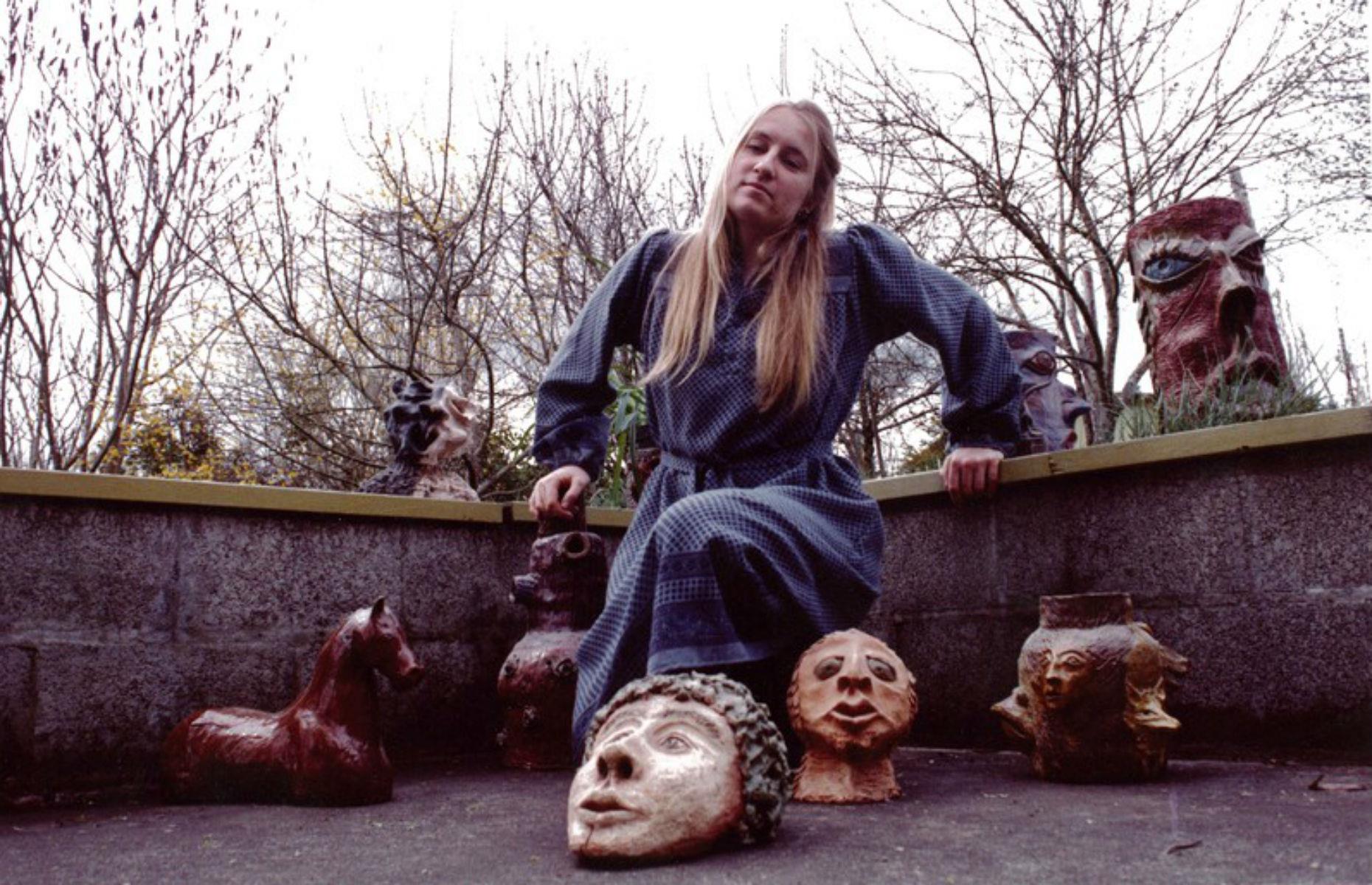 However, after the episode was aired, a woman watching the show recognised the jug as the work of her friend, horse trainer, Betsy Soule (pictured). It turned out that Soule had made the unusual ceramic during her high school years in a ceramics class in 1973. Since then the value of the jug has been reduced to $3,000 (£2.3k). Fletcher acknowledged his mistake but said that the piece's real value was "still not bad for a high schooler in Oregon".

In November 2018, experts thought that the Picasso painting Tete d'Arlequin, which was stolen in an art heist from Rotterdam's Kunsthal in 2012 – the museum's empty walls are pictured – had finally been found. Dutch writer, Mira Feticu, who had actually written a novel about the robbery which also included six other pieces by artists such as Monet and Matisse, wrongly thought that she had acquired the missing Picasso in Romania....

Stolen masterpieces that were sensationally recovered

Feticu was duped into thinking that she had found the Picasso painting, after receiving a letter with instructions about how to find it. Ten days later she dug up the painting in a Romanian forest. However, two Belgian directors admitted that they had tricked the writer as part of a project called True Copy, inspired by Dutch forger Geert Jan Jansen, and the painting was merely a good fake. The location of the missing paintings remain a mystery.

Now read Fortune or fake: the masterpieces the experts just can't agree on