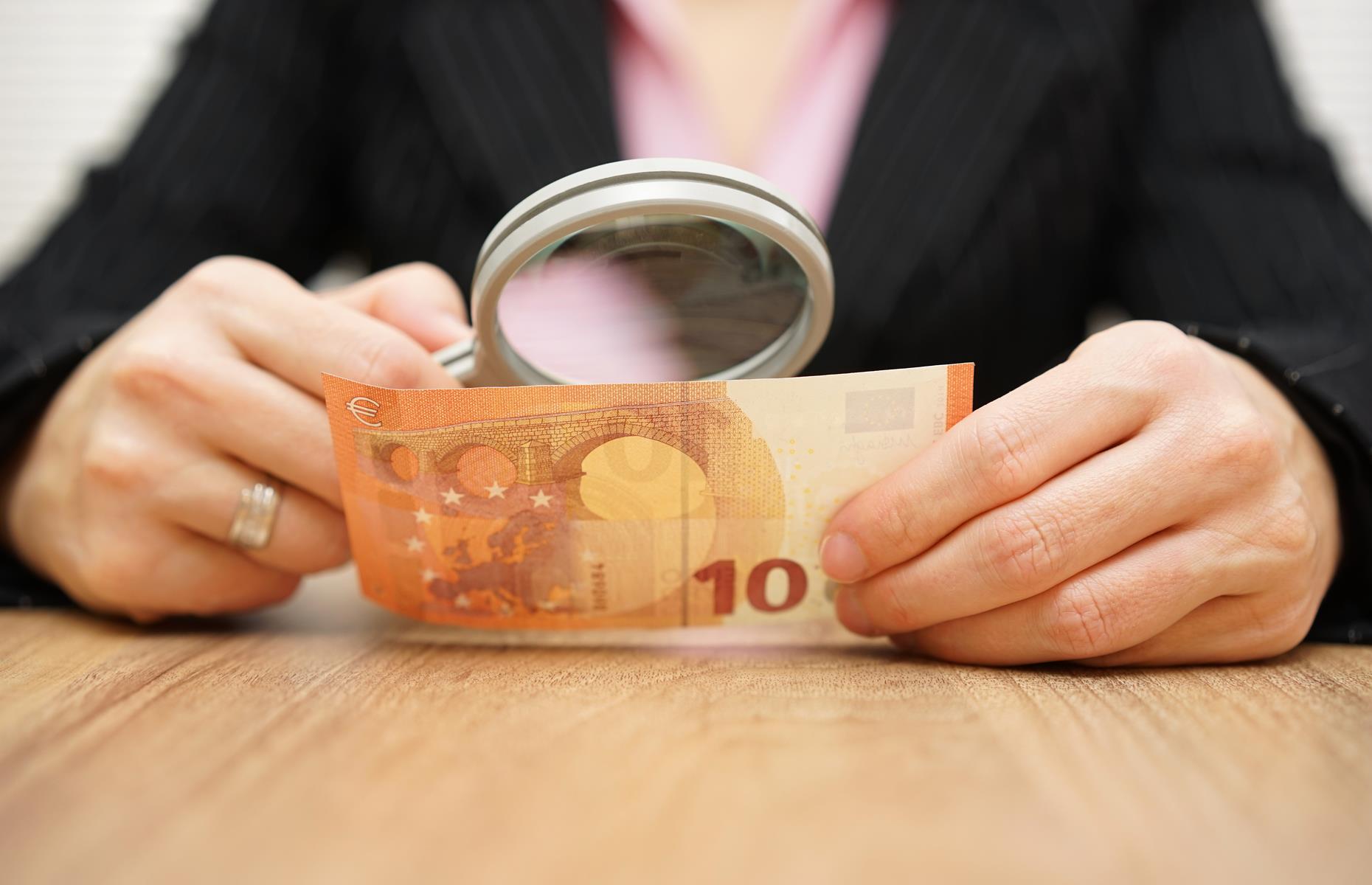 Notes on a scandal

Suitcases of forged banknotes aren't just the stuff of heist movies and spy novels. Every day banks and governments are working hard to stop the fraudsters but some are more successful than others. Click or scroll through to see the countries with the least and most counterfeited currencies across the globe.
Features 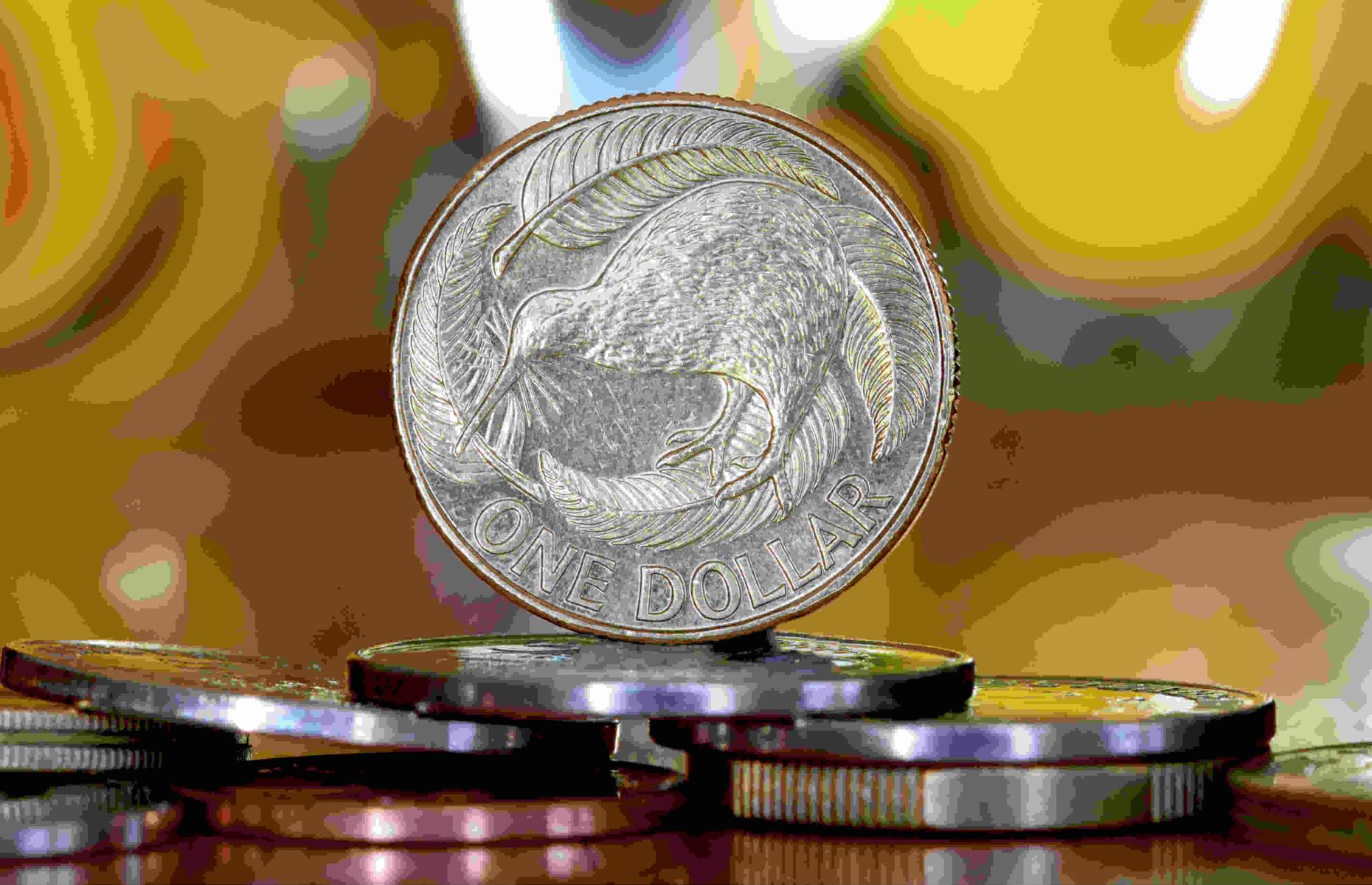 First let's look at currencies that tend to avoid forgery. The Kiwi dollar (US$0.72/£0.50) is one of the world’s least counterfeited currencies. It only has one counterfeited note or coin per 1,000,000 in circulation. But although the Reserve Bank of New Zealand acknowledge they have low levels of forgery compared with other countries, they still keep an eye out to make their notes and coins as fake-proof as possible.
Features 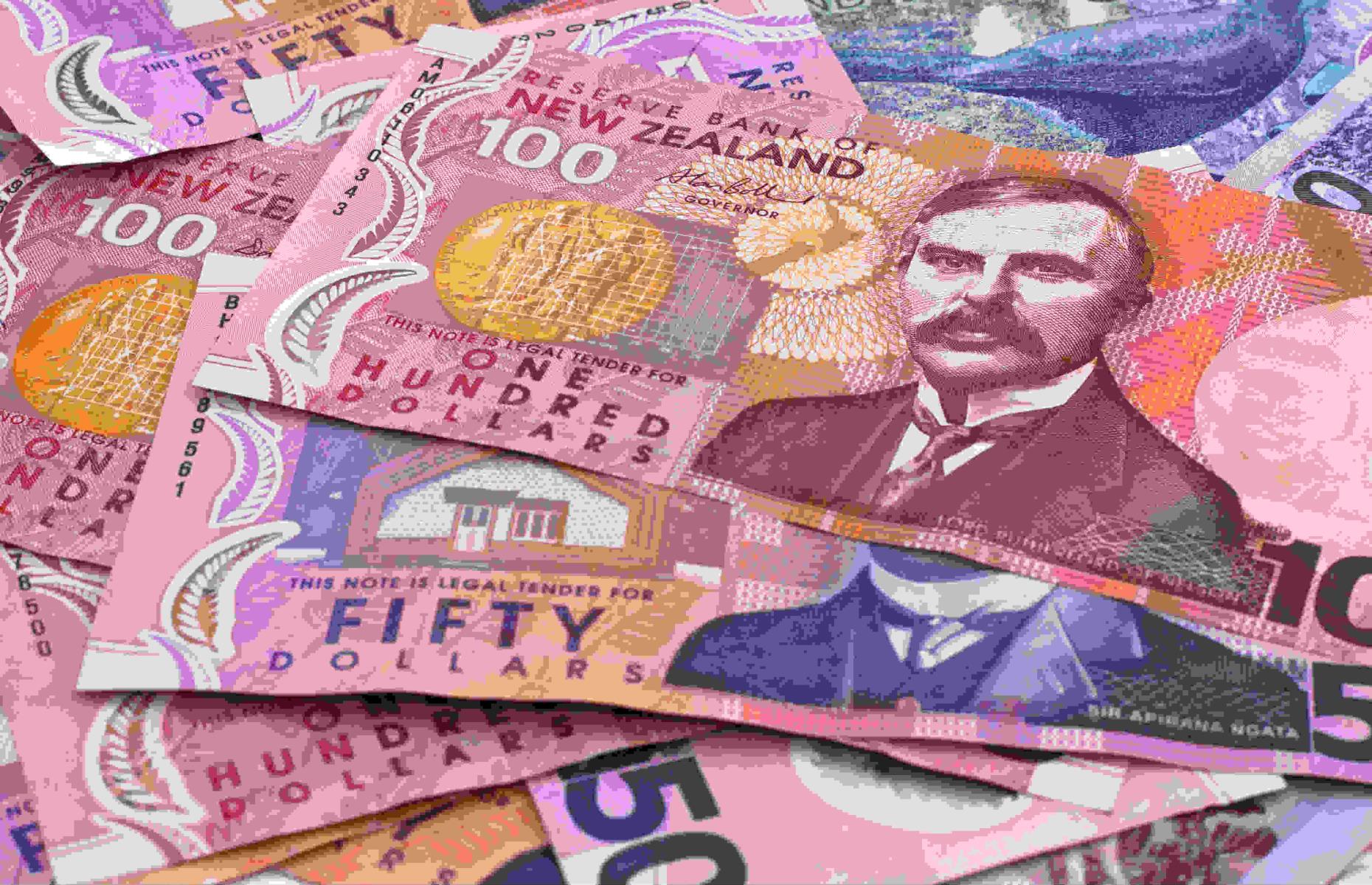 The New Zealand dollar is made of polymer (a type of plastic), which is designed to be harder to forge. And the notes have several security features to make them harder to counterfeit. Each note has two transparent windows: one is oval-shaped and has the denomination of the note embossed in it, and the other is in the shape of a curved fern leaf. A real note should have both windows there properly embedded in the note - if they look ‘stuck on’, there may be a problem. 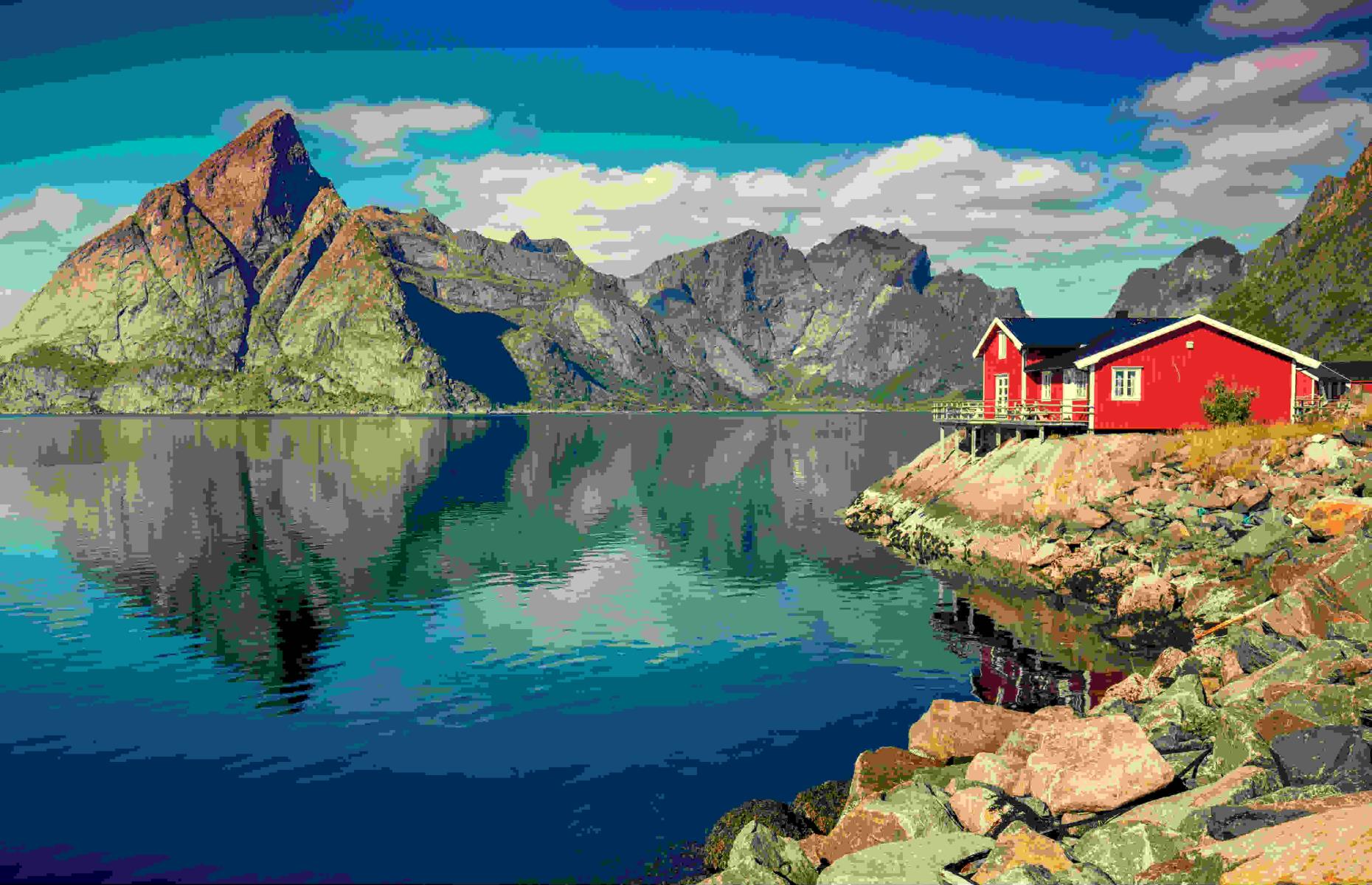 A currency low down on the world’s forgery list is the Norwegian Krone, where in 2017, the discovery of just 20 fake 50 krone notes ($5.50/£4.20) by police was reported as headline news. That said, in late 2019 Norway released new notes, including a high denomination 1,000-krone ($110/£84) bill, in response to advances in technology that made counterfeiting notes easier to do. The new notes have visible and invisible filaments that act as security against fakes. Unlike many currencies, Norway’s does not feature any famous people on its banknotes. Instead, following a competition in 2014 to design new notes, the theme is the country’s bond with the sea. 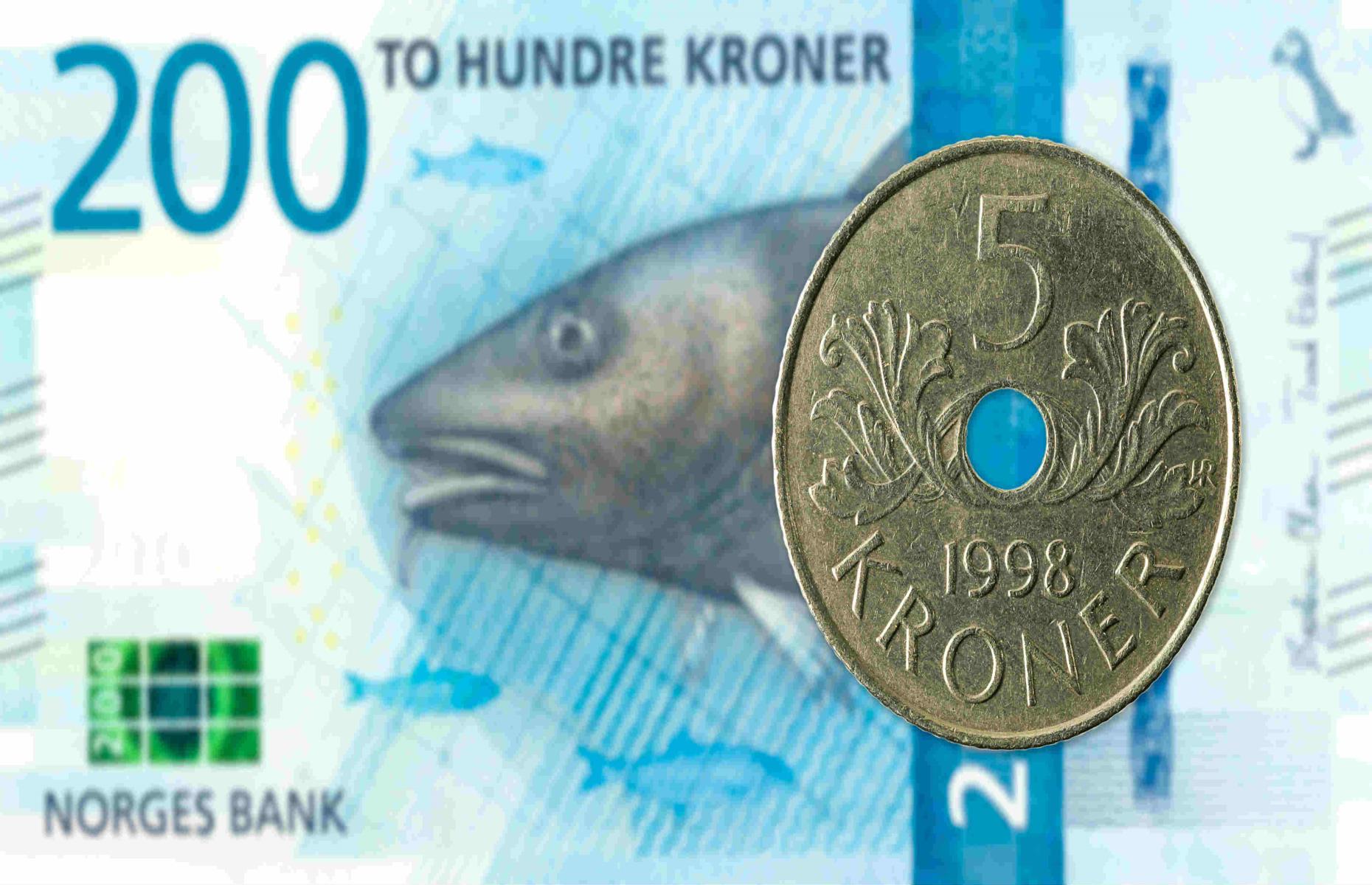 The most beautiful notes in the world

The new notes were hailed as the "most beautiful in the world" when they were released last year and each denomination features a sub-division of the sea theme. For example, the 50 krone features a lighthouse mimicking a real one on Norway’s most northerly point, the 100 krone ($11/£8.50) features Norway’s largest preserved Viking ship and the 200 krone ($22/£17) a large cod (pictured). 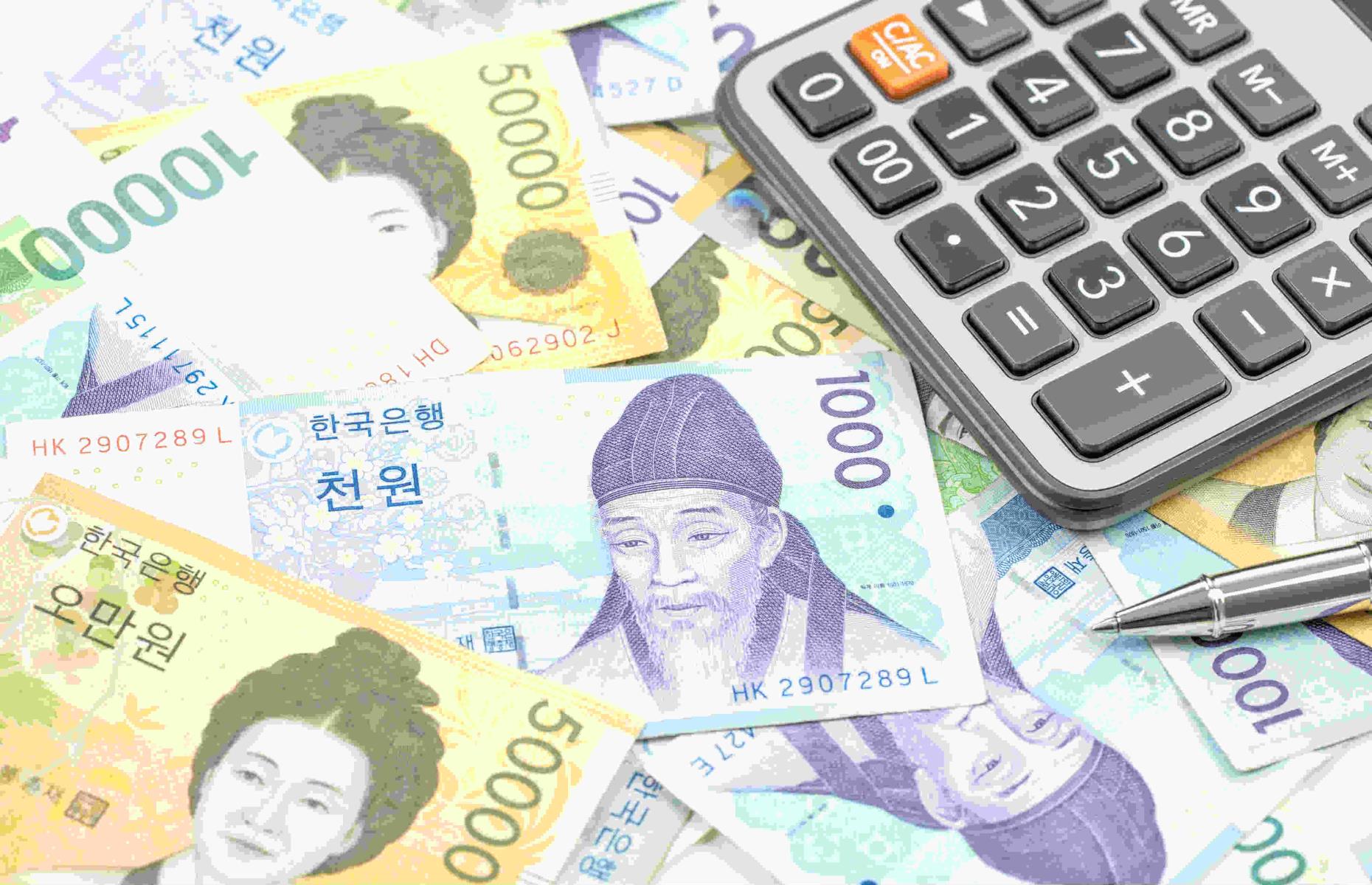 In the first half of 2020, there was a 19.4% drop in the number of counterfeit notes found in South Korea, according to the Bank of Korea (BOK), which is a downward trend that started in late 2017. South Korea increased the security features of its won notes, and changed the style to curb the counterfeit currency boom from the 1990s and early 2000s, creating a pretty currency with brightly coloured notes and the faces of important historical figures on one side and different scenes from Korean nature on the other. But there is also the issue of counterfeiting other, more valuable currencies. South Korea is known for its high quality forgers, especially of US dollars. In fact, fake 'superdollars' that are almost indistinguishable from real US dollars have been identified by the US government as coming from both North and South Korea. 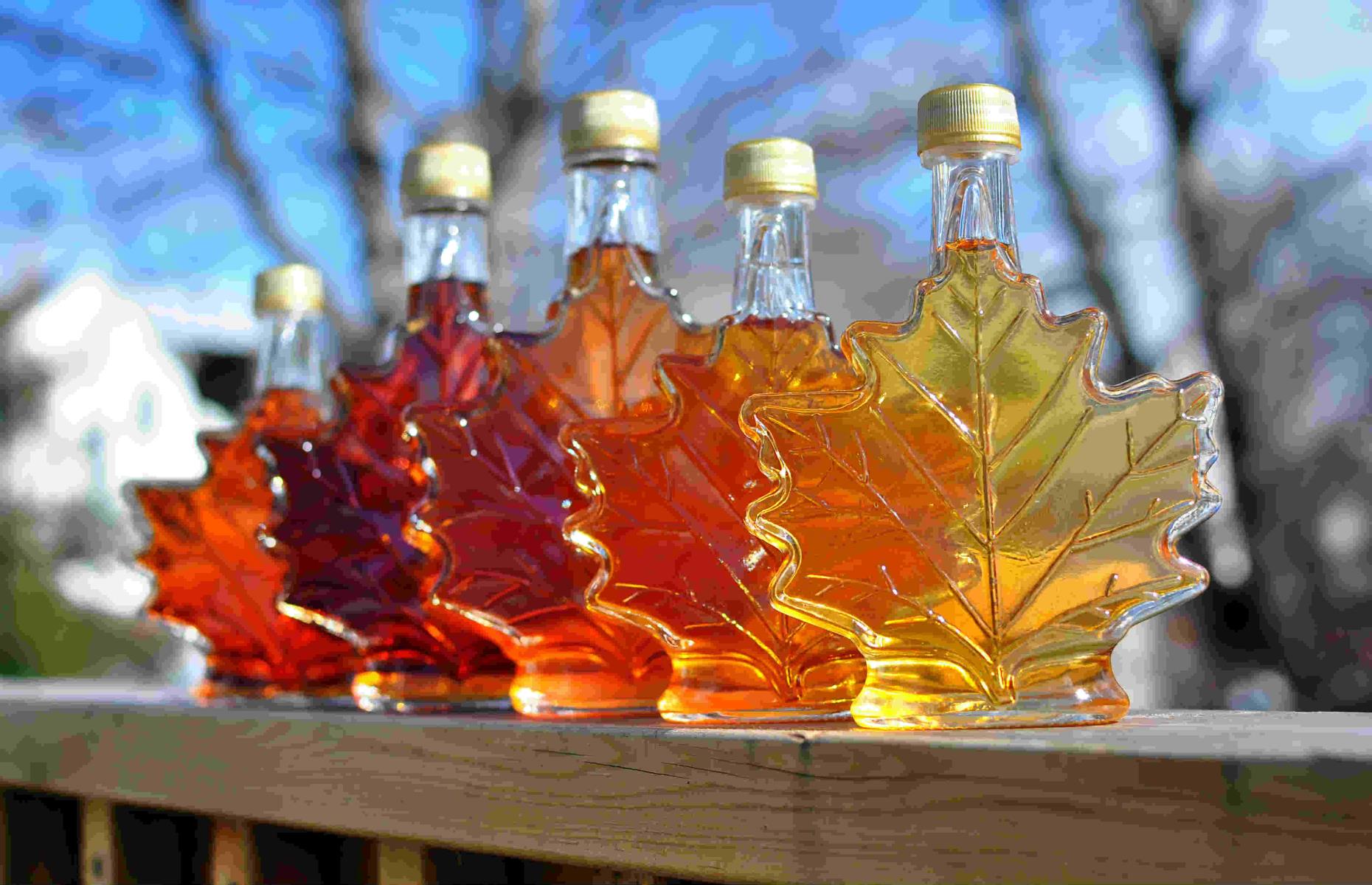 In 2011, Canada switched from paper notes to plastic, made from a polypropylene substrate. As a result, counterfeiting fell dramatically – by 74% in 2015 according to the Royal Canadian Mounted Police (RCMP). But in the same year, the Canadian dollar was still the fifth most counterfeited currency in the world with one in 36,000 dollars faked.
Features 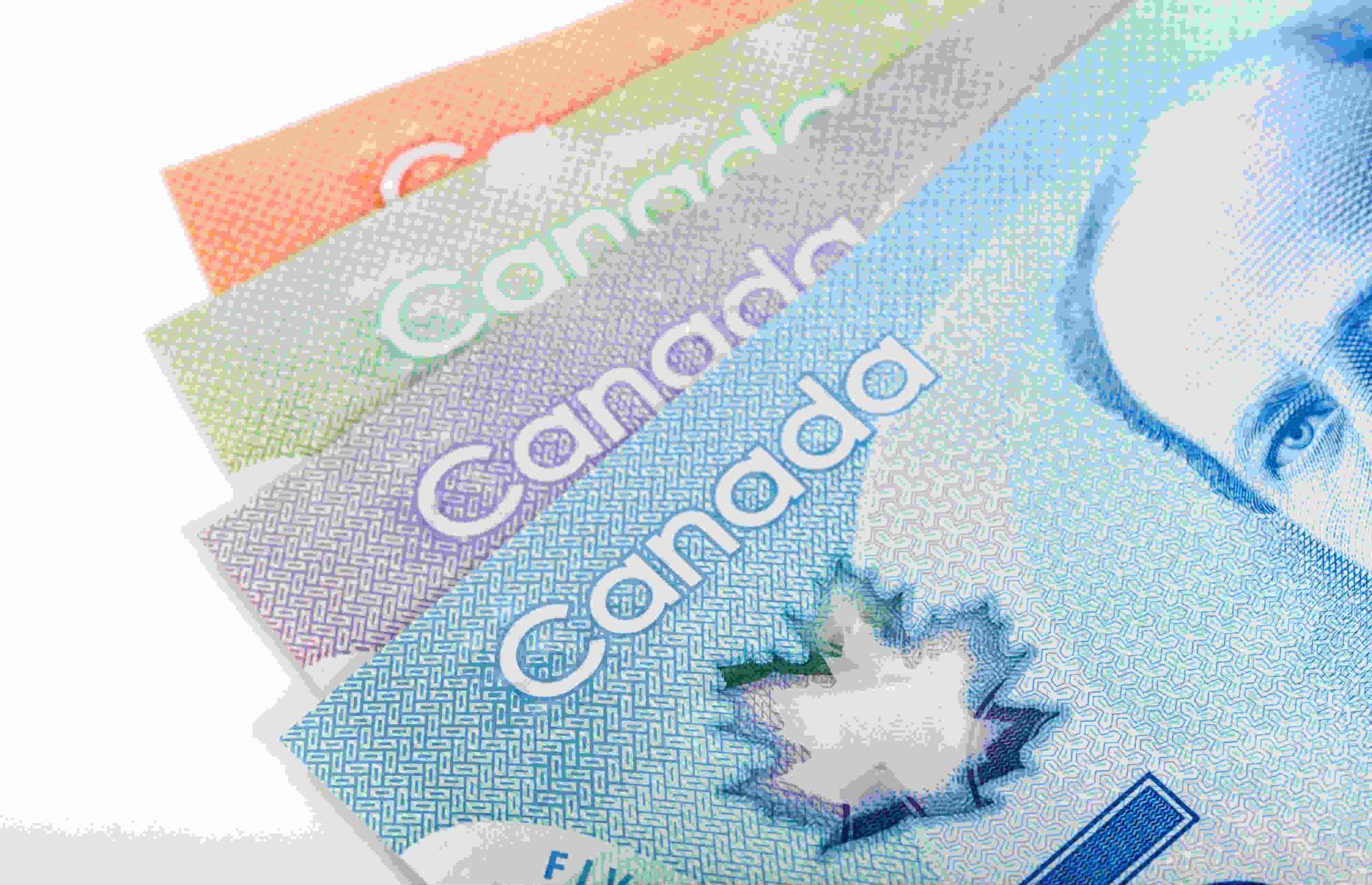 The Canadian notes feature a large transparent window through which you can see a metallic portrait above a metallic building. Beneath the portrait the word "Canada" is also transparent and is slightly raised. Other security features include a smaller frosted window with a maple leaf design, which has a transparent outline and contains hidden numbers only visible when lit up with a small light.
Features 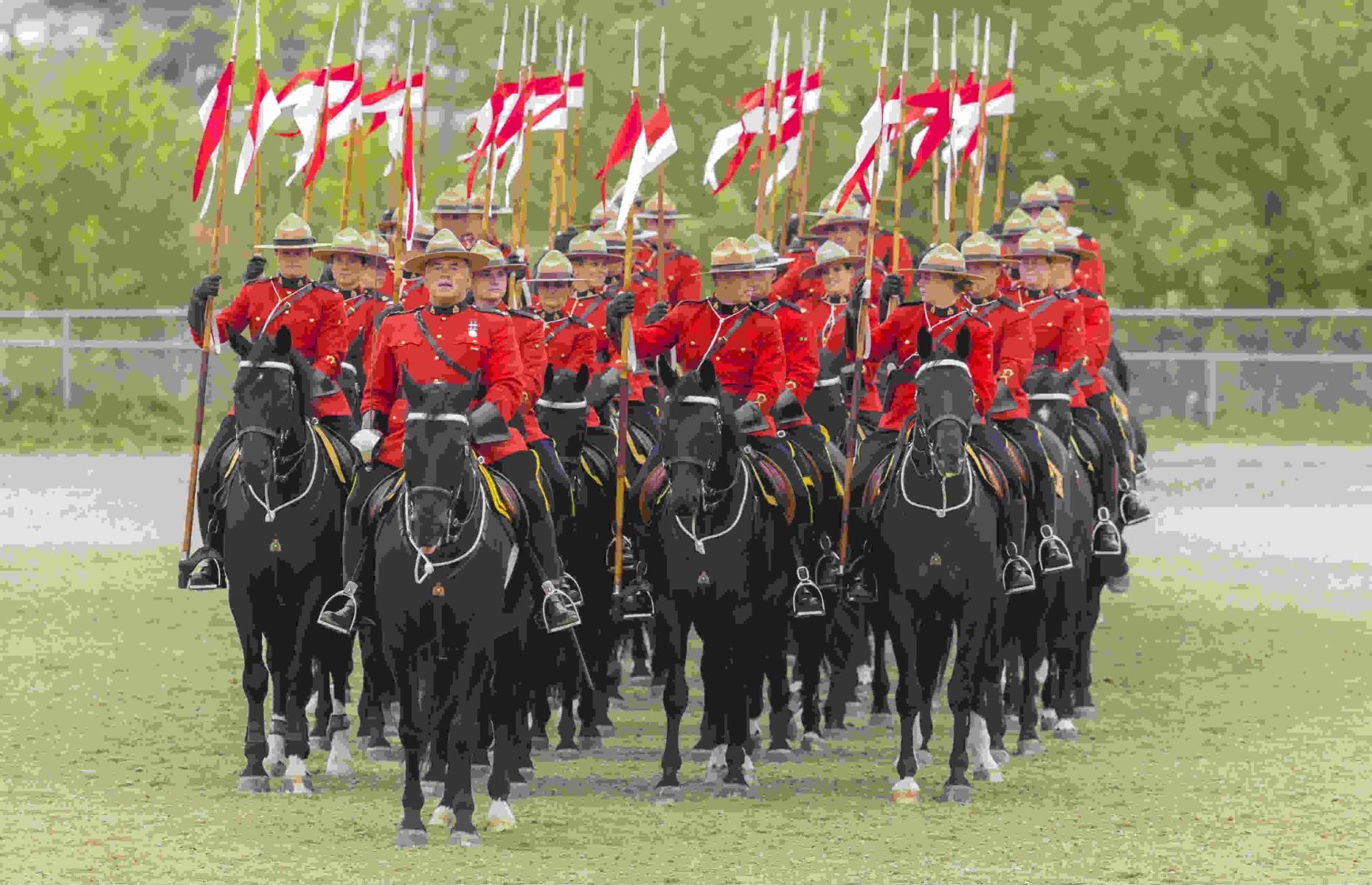 But despite all the clever measures, it seems like the fraudsters might be beginning to catch up. In the first three quarters of 2018 there were approximately 8,000 counterfeit bills detected, with C$100 (US$75/£58) and C$20 (US$15/£12) denominations being most common. The number of counterfeit bills in circulation has been on the rise since 2015 according to RCMP statistics. 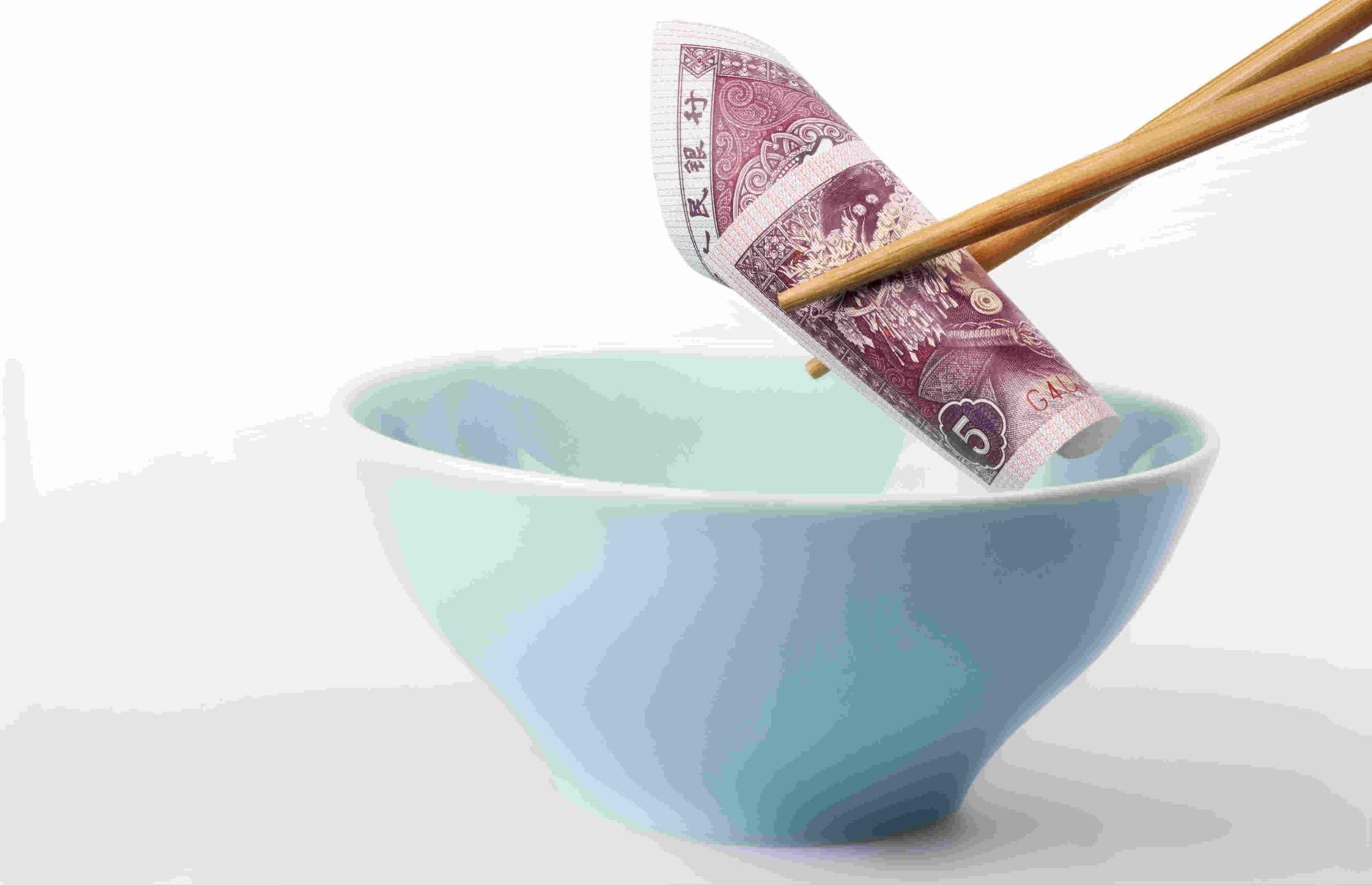 Now as we take a look at the most faked currencies in the world, it’s perhaps not surprising that the Chinese yuan, in a country known for high corruption levels, features. In May this year, Chinese police busted a currency forgery case and confiscated 422 million yuan ($60.3m/£47m) in fake notes. That's despite efforts from the Chinese government to crack down on fake notes. In 2013 the authorities arrested Peng Daixang, a 73-year-old forger behind nearly 97% of all fake notes circulating in the country. He sold his hand-drawn templates to gangs, a crime that led to life imprisonment. While in 2015 the People’s Bank of China, China’s central bank, unveiled a new 100 yuan note ($14/£11), one of the most commonly counterfeited bills, in an effort to crack down on counterfeiting. 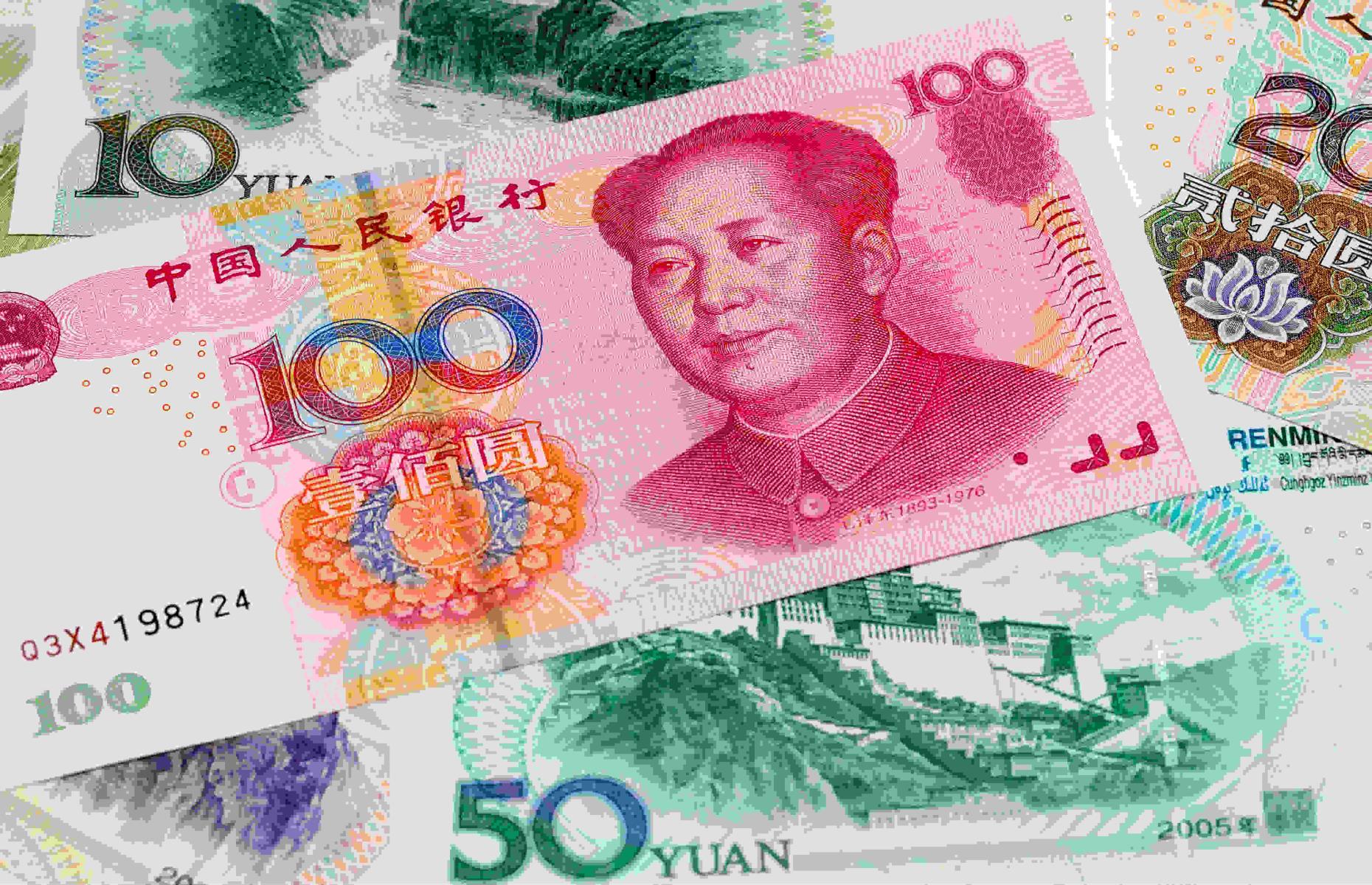 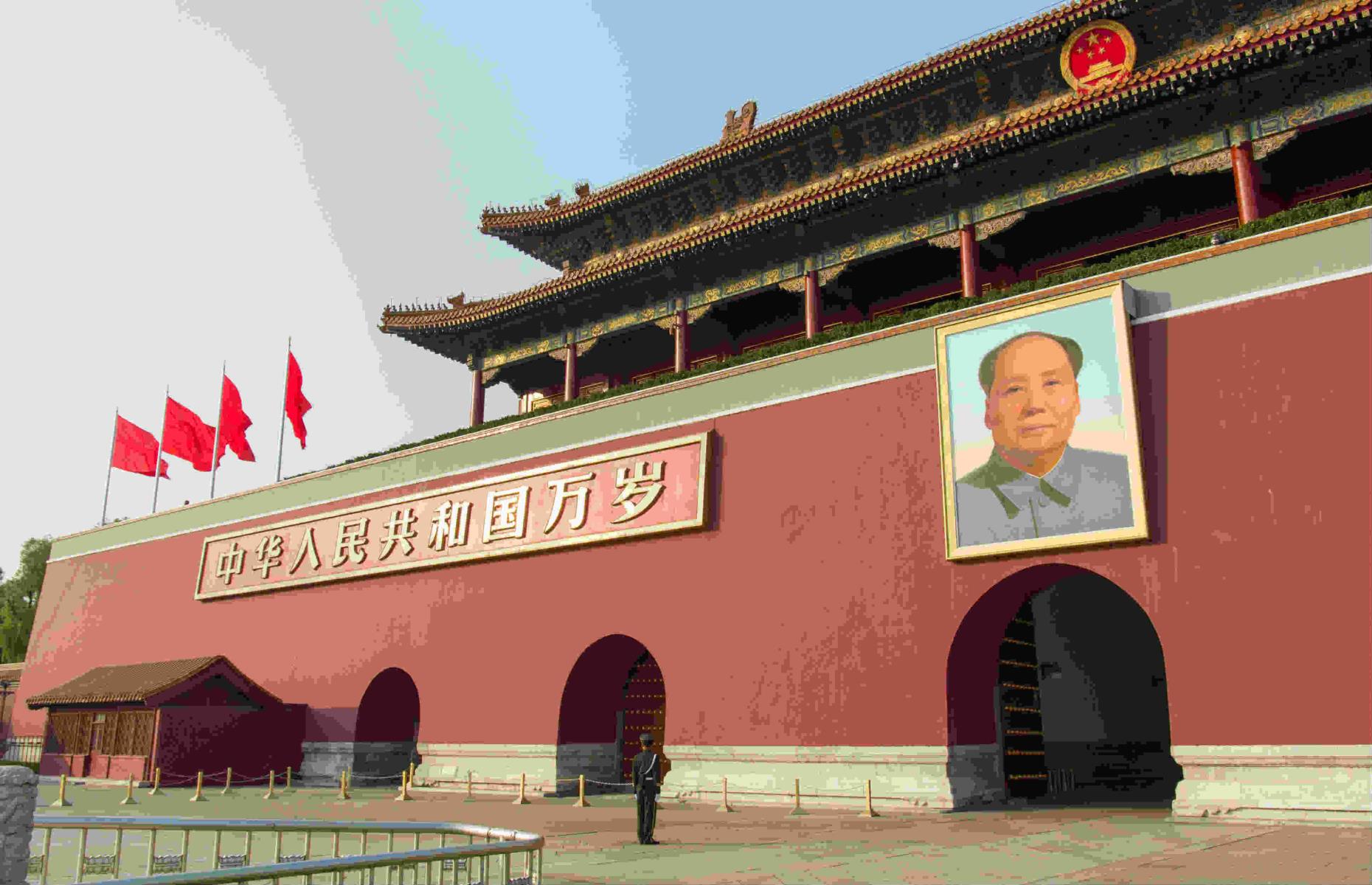 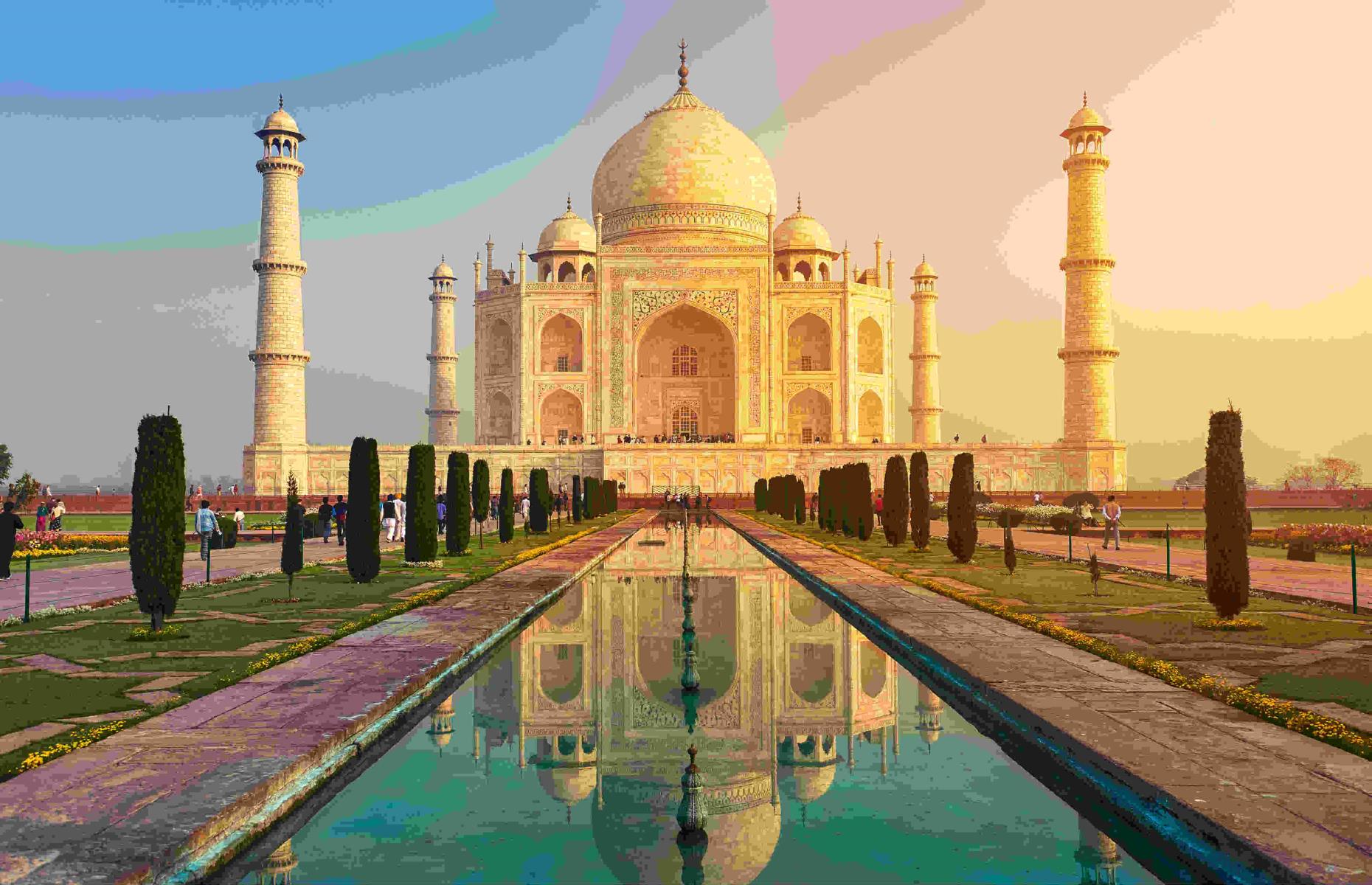 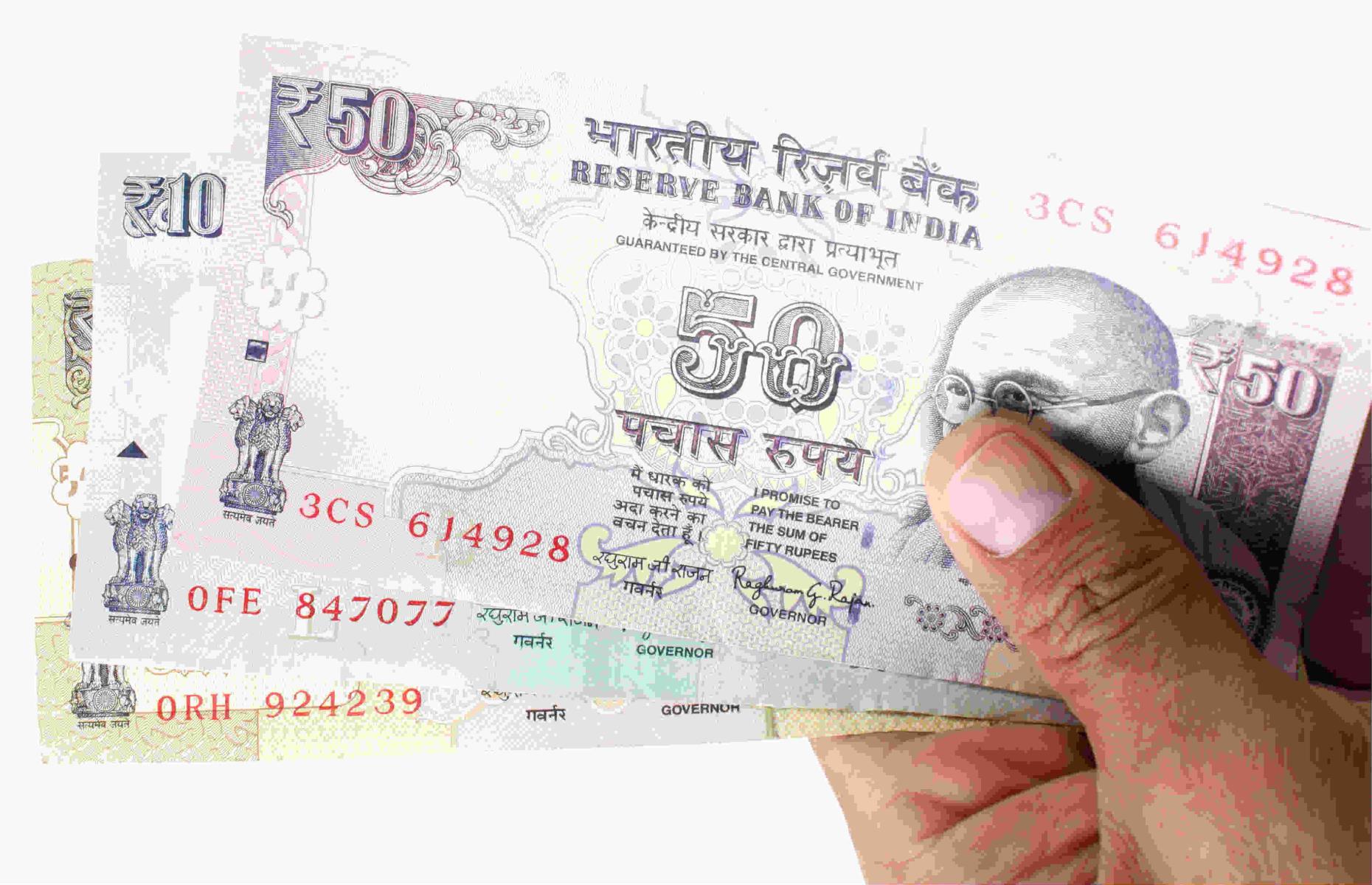 Despite Indian Government efforts to address the issue of fake currency, counterfeits increased by over half in 2014-2015. So, in a shock move, Prime Minister Narendra Modi gave an unscheduled television announcement on 8 November 2016 stating that 500 ($6.50/£5) and 1,000 rupee ($13/£10) notes would no longer be legal tender. The move was meant to crack down on tax evasion and illegal cash holdings, as it was estimated that 80% of the cash in circulation prior to the move had been made up of the banned cash. Although, the government also released new 500 ($6.50/£5) and 2,000 rupee ($26/£20) notes at this time. But did it work? 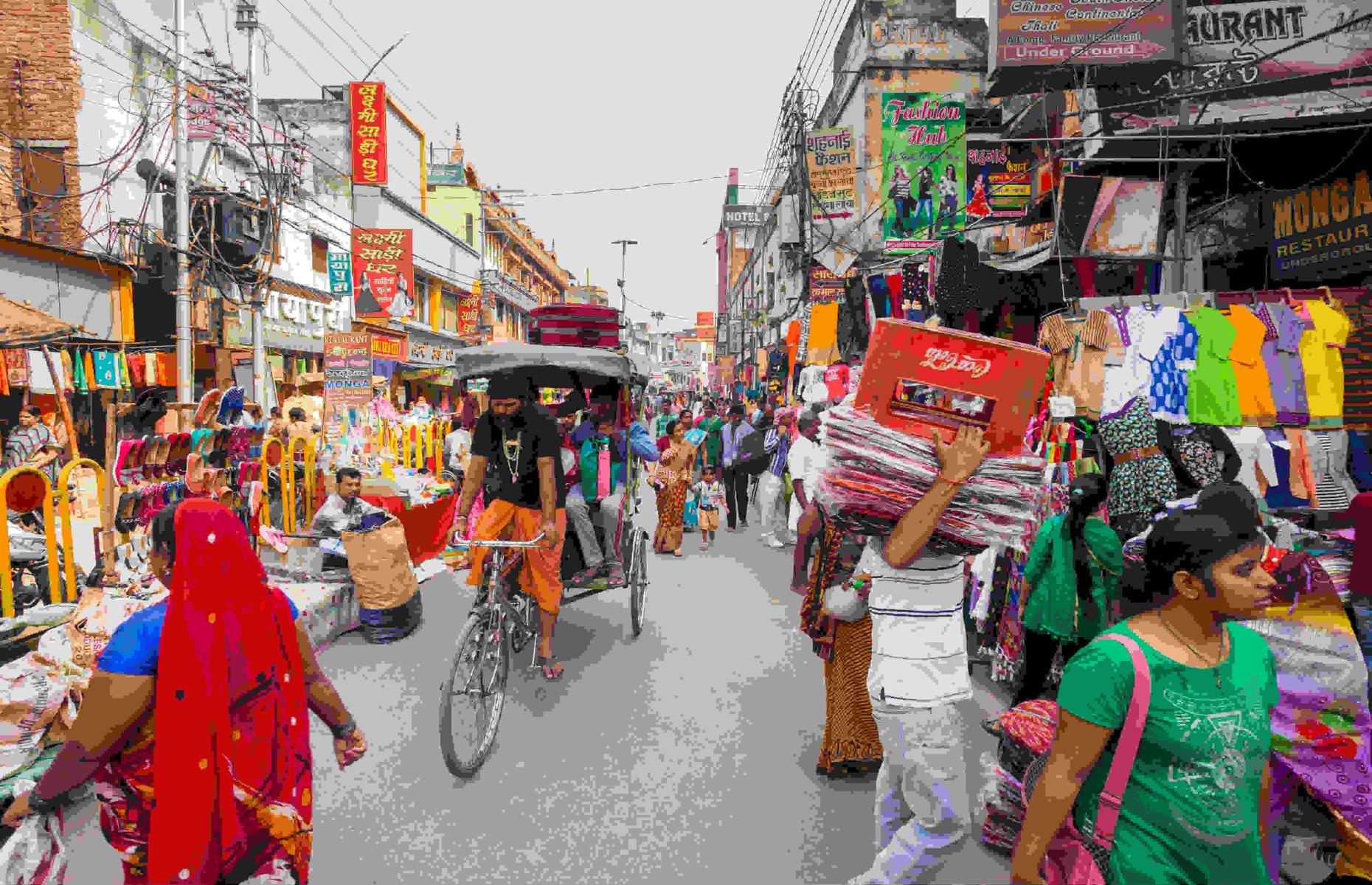 The process, known as demonetisation, initially resulted in chaos as people flocked to ATMs and banks to swap their old notes for new currency. After four years, it is clear that the move hasn't been as successful as the government may have hoped. Banned cash or "black money" is still in circulation, while the poorest parts of the population have been hit hardest and the economy has struggled. 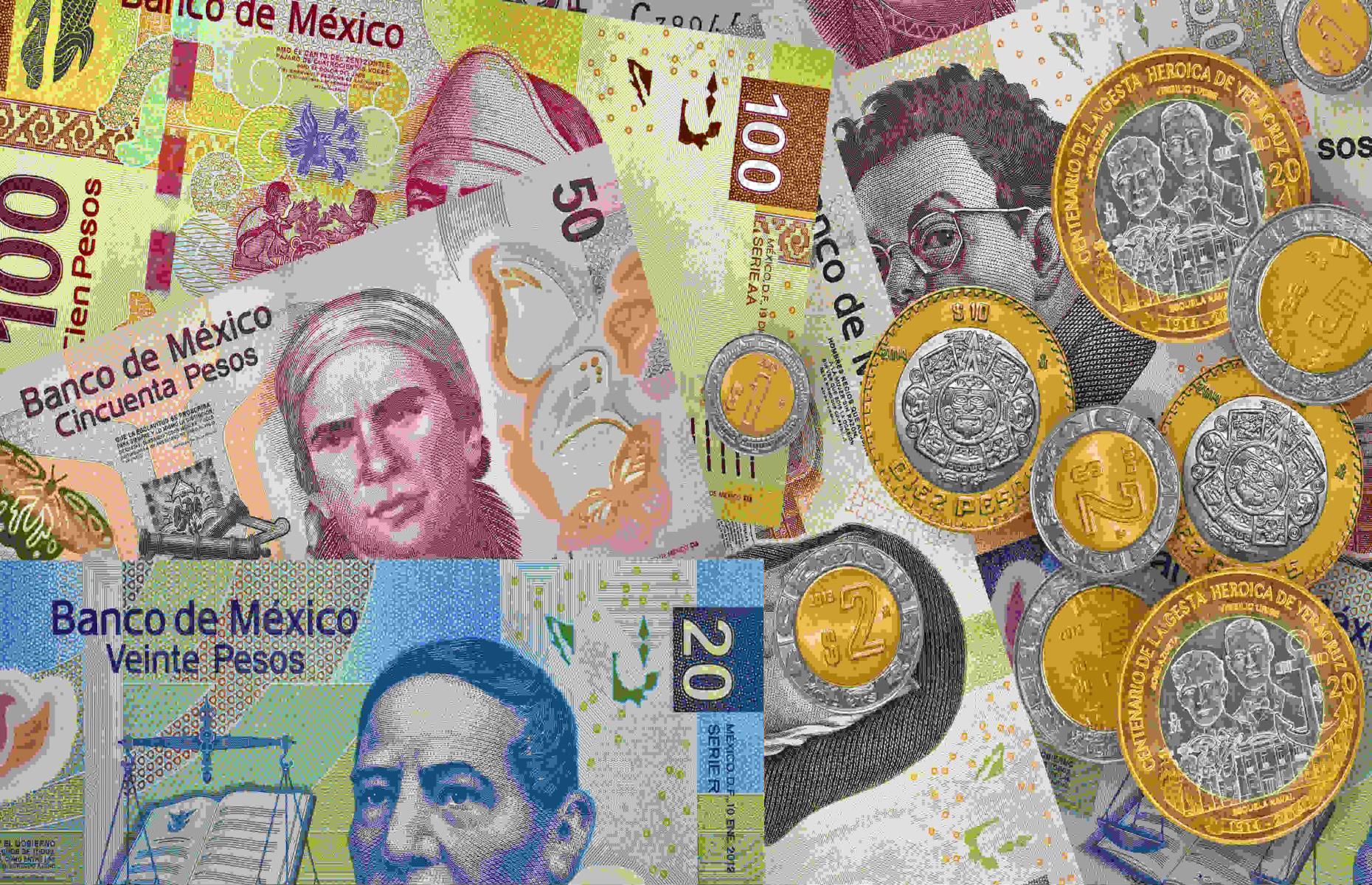 There’s a hell of a lot of fake currency down Mexico Way. According to the Bank of Mexico, about 71 banknotes out of every million are fake, taking it to the fourth most counterfeited currency in the world in 2015. In the first half of last year a record 80,891 fake 500-peso ($23/£18) notes were discovered, the highest number of counterfeit notes of any denomination to be discovered in a six-month period since 2015. 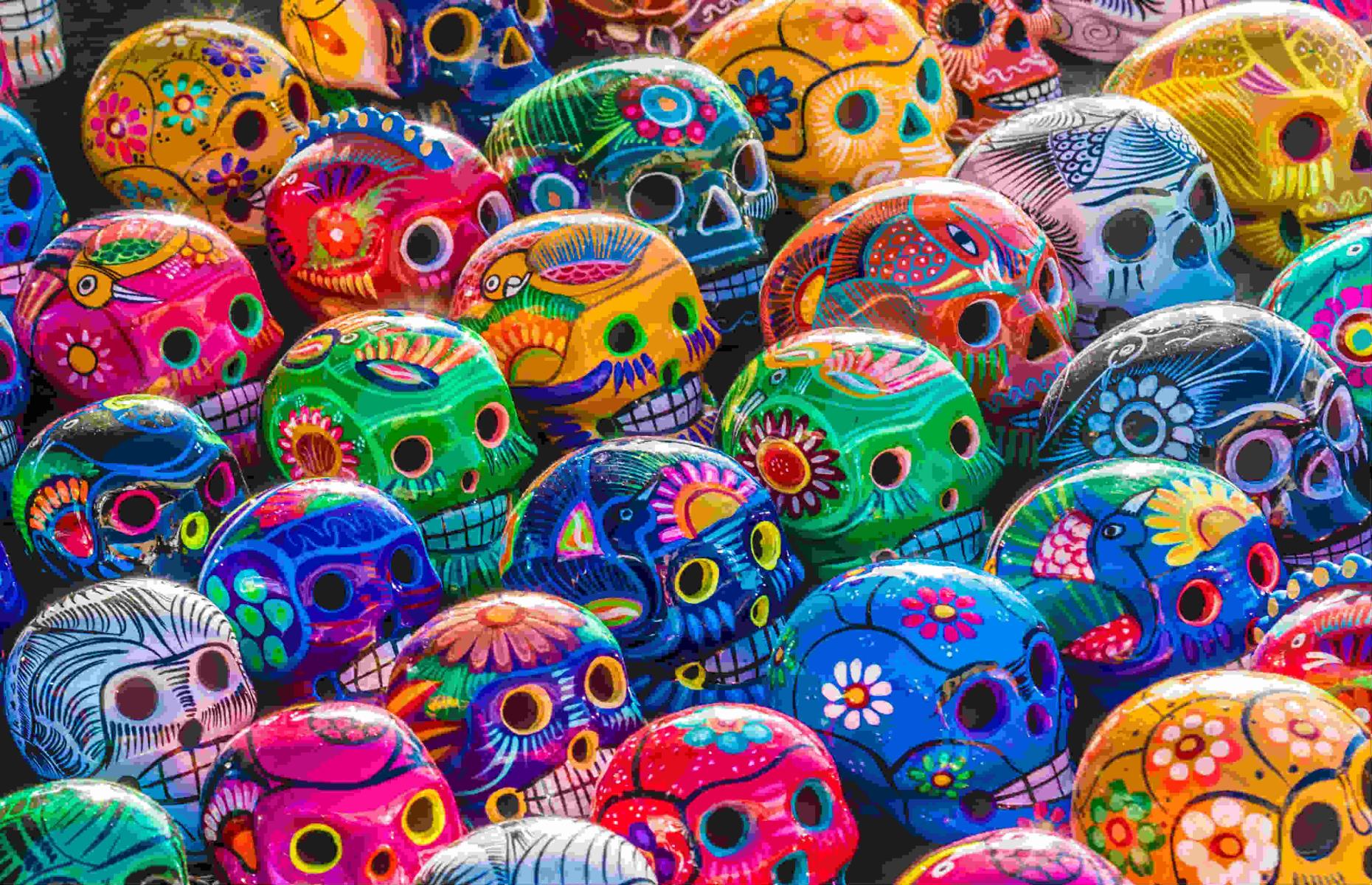 The Mexican authorities are trying to get the public to hand in suspected fake notes to the bank, but anyone whose note is found to be counterfeit won’t receive a legitimate note in return so this hasn’t been a huge success. Other measures like making polymer notes and introducing holographs and colour-changing ink have also been taken.
Features 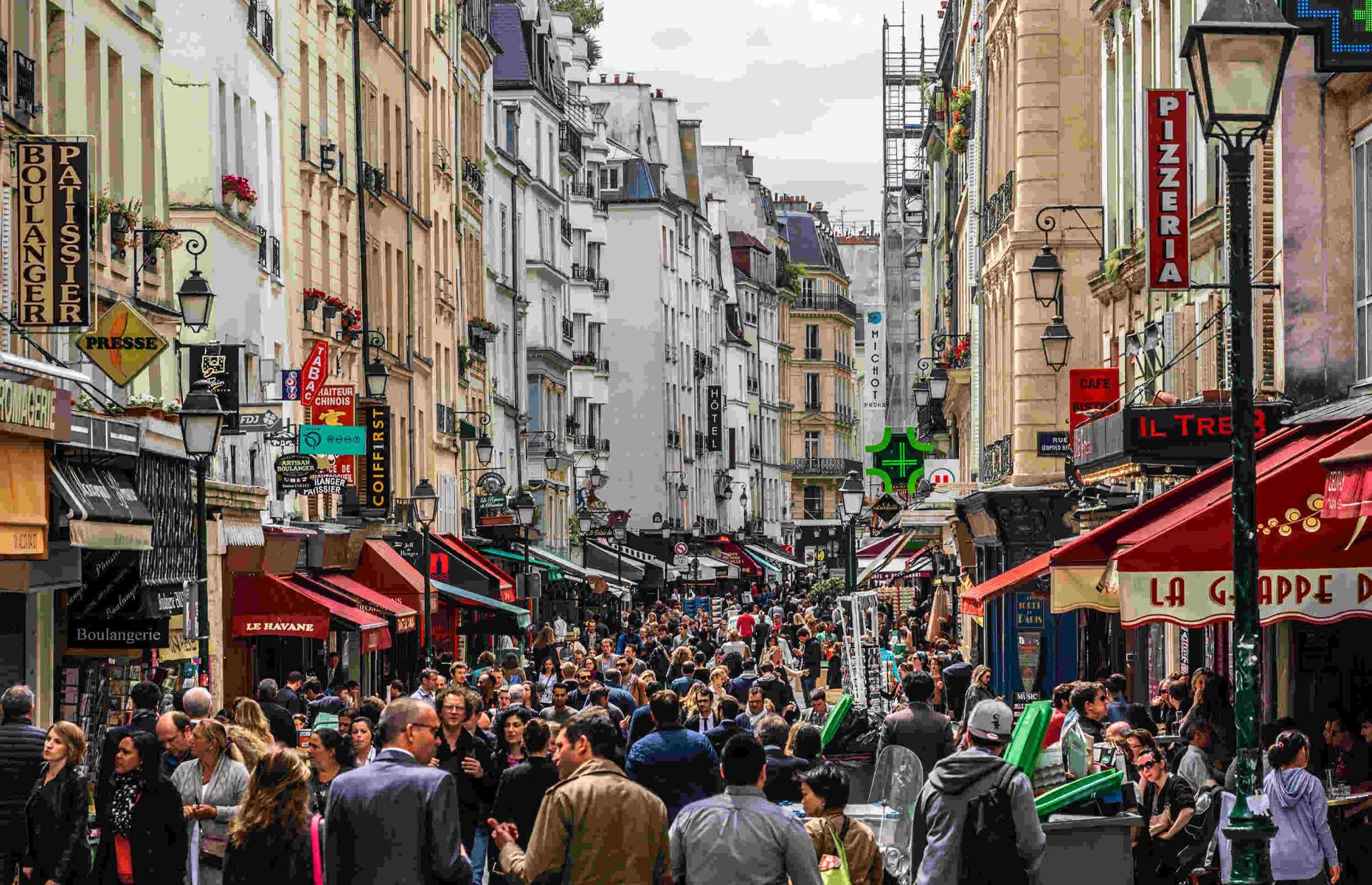 Given the huge area and number of countries using the euro, it’s not surprising it's the third most counterfeited currency in the world, with one in every 23,000 euro notes faked, according to figures from illicittrade.com/Avansa from 2015. However, the number of counterfeit notes in circulation has been steadily decreasing, with 251,000 counterfeit notes discovered in the first half of 2019, in comparison to 363,000 in the second quarter of 2017. The €20 banknote ($24/£18) remains the most popular denomination for counterfeiters, followed by the €50 ($59/£45). 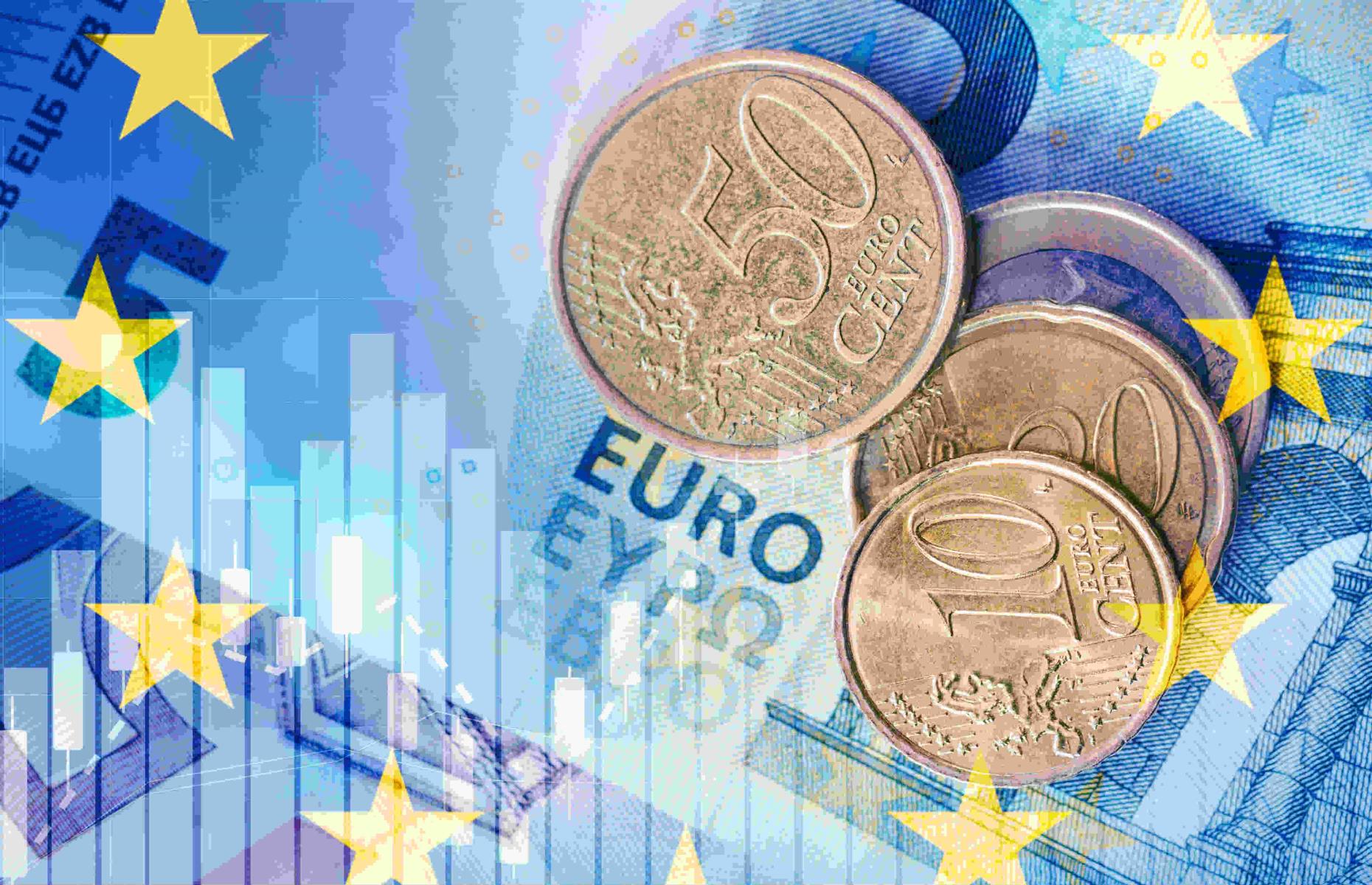 Ever since the first series of euro banknotes were issued, the Eurosystem – the European Central Bank and the 19 national central banks of the Euro area – has encouraged people to be vigilant when receiving banknotes. To stem the tide of fake notes, the European Central Bank gradually started to introduce a new series of notes in 2013 called the Europa series, which featured more sophisticated security features like a security thread and portrait hologram. 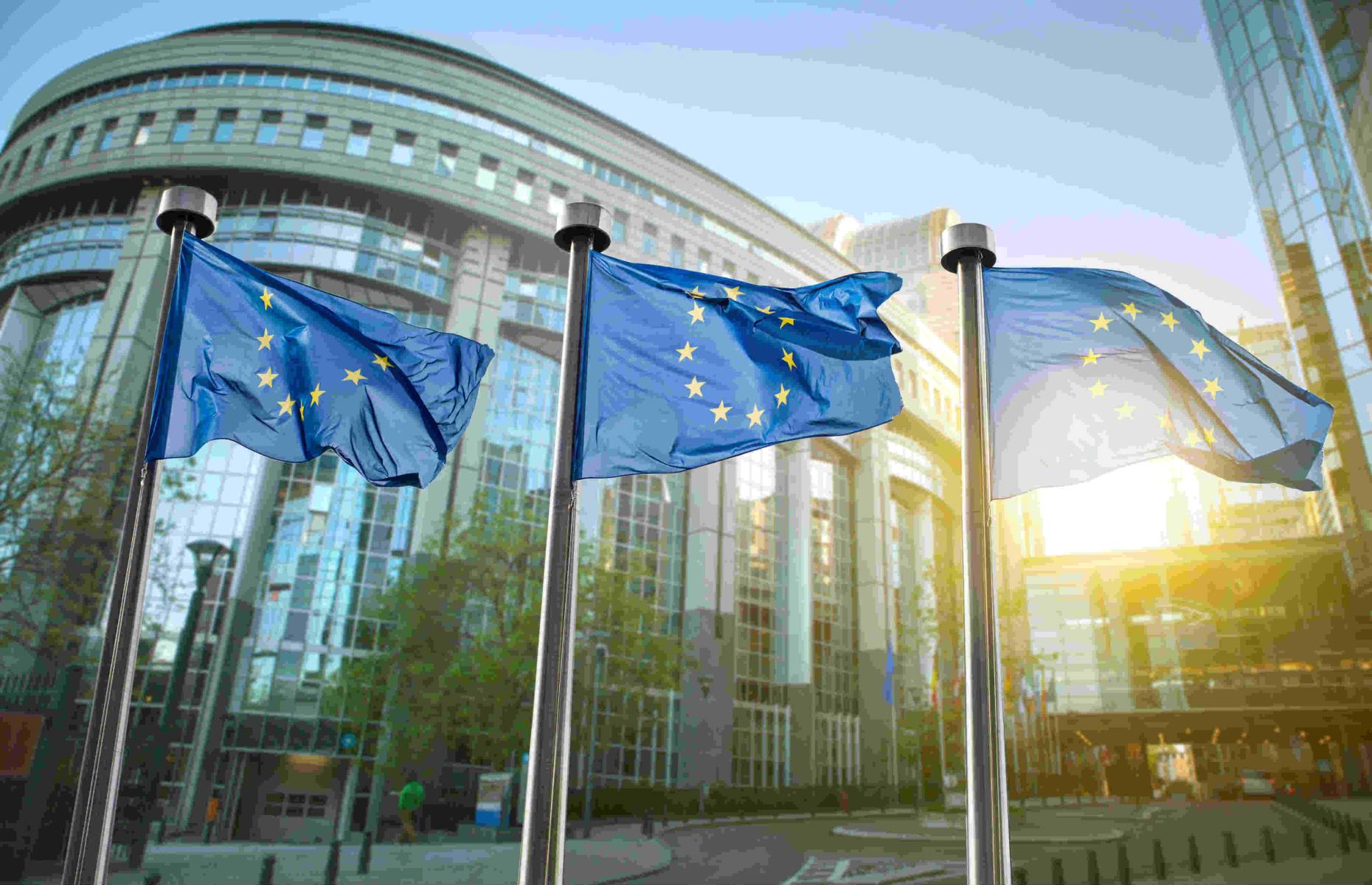 People are urged to check their Europa notes using the “feel, look and tilt” method. When you feel a real note there should be some raised print on it. Then as you look at it a watermark, security thread and a see-through number will be visible. Finally when you hold it up to the light in a tilted position the hologram, glossy stripe or number will shift. 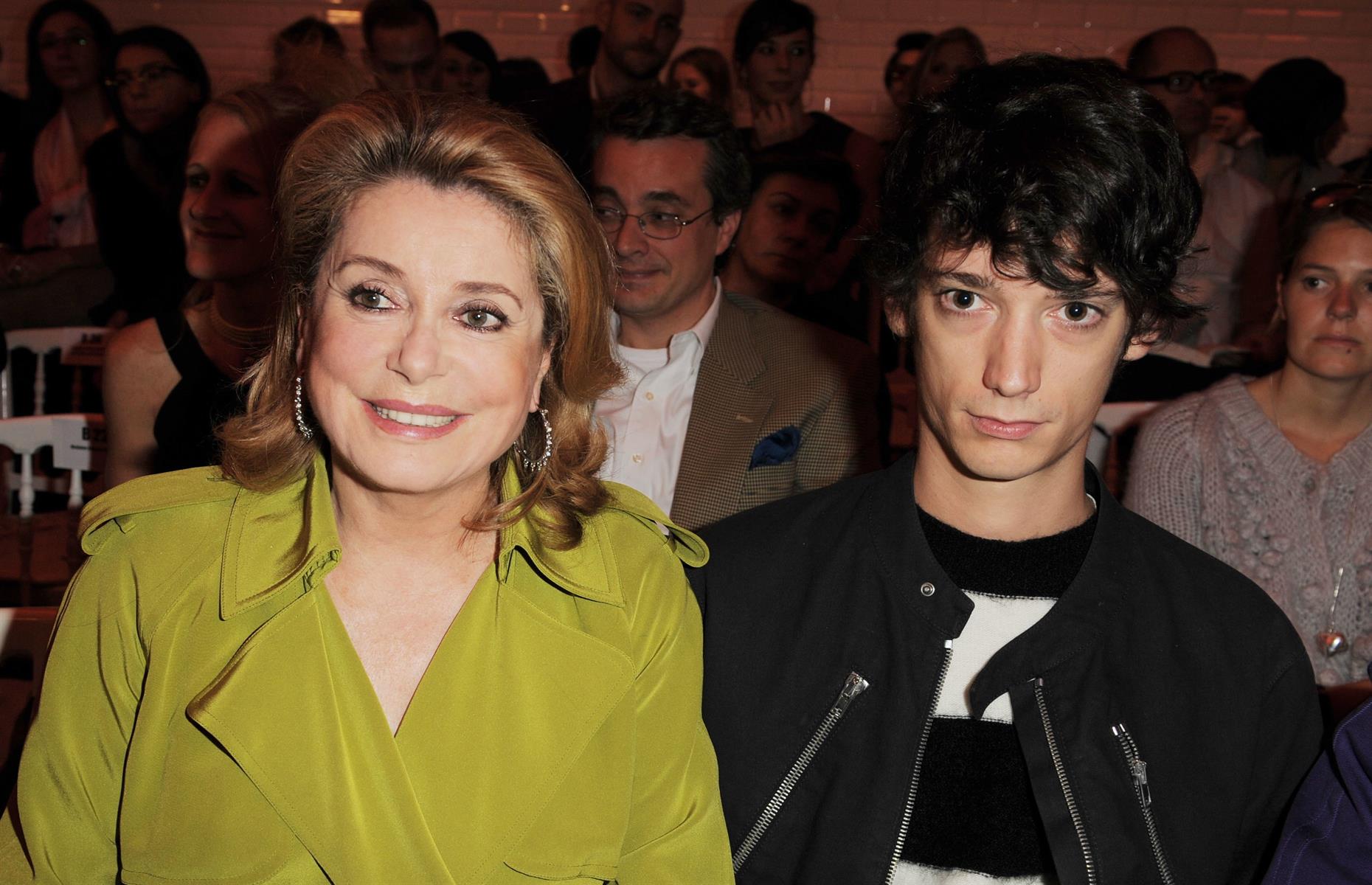 Unfortunately, the counterfeiters haven't been stopped. On 15 July, Igor Vadim, the grandson of French actress Catherine Deneuve (both pictured in 2010), was arrested in connection with the largest ever fake euro operation, conducted by the Italian Camorra mafia. The organisation is thought to have produced fake euro banknotes to the value of over €233 million ($266m/£212m) over the course of several years, making up a quarter of all fake euro notes in circulation. 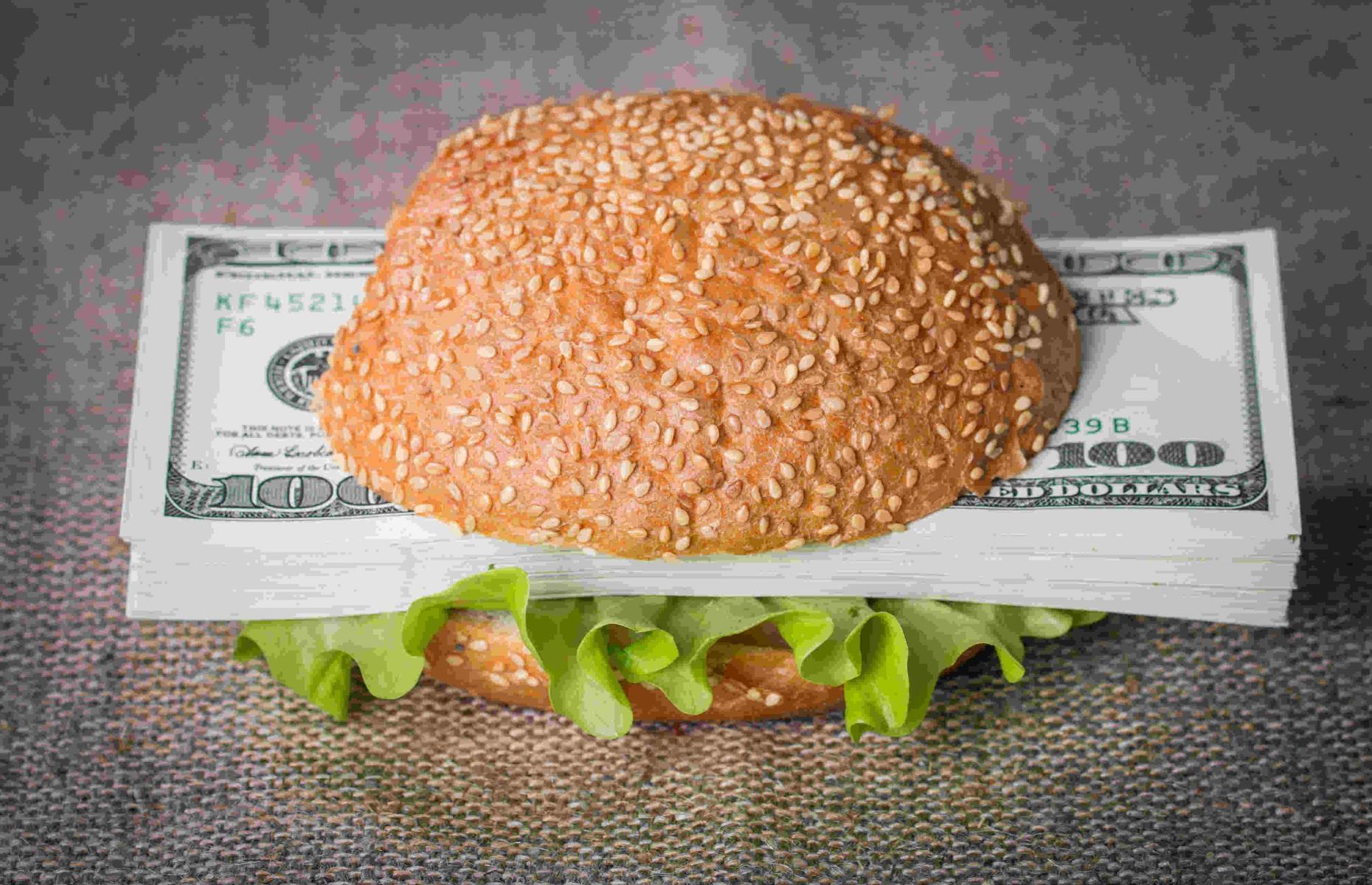 Watch your greenbacks! The US dollar is the second most counterfeited world currency. According to illicittrade.com, in 2015, one in 10,000 US dollars was forged. The $20 (£15) bill is the most commonly counterfeited banknote in the US, while overseas counterfeiters are more likely to make fake $100 (£78) bills. 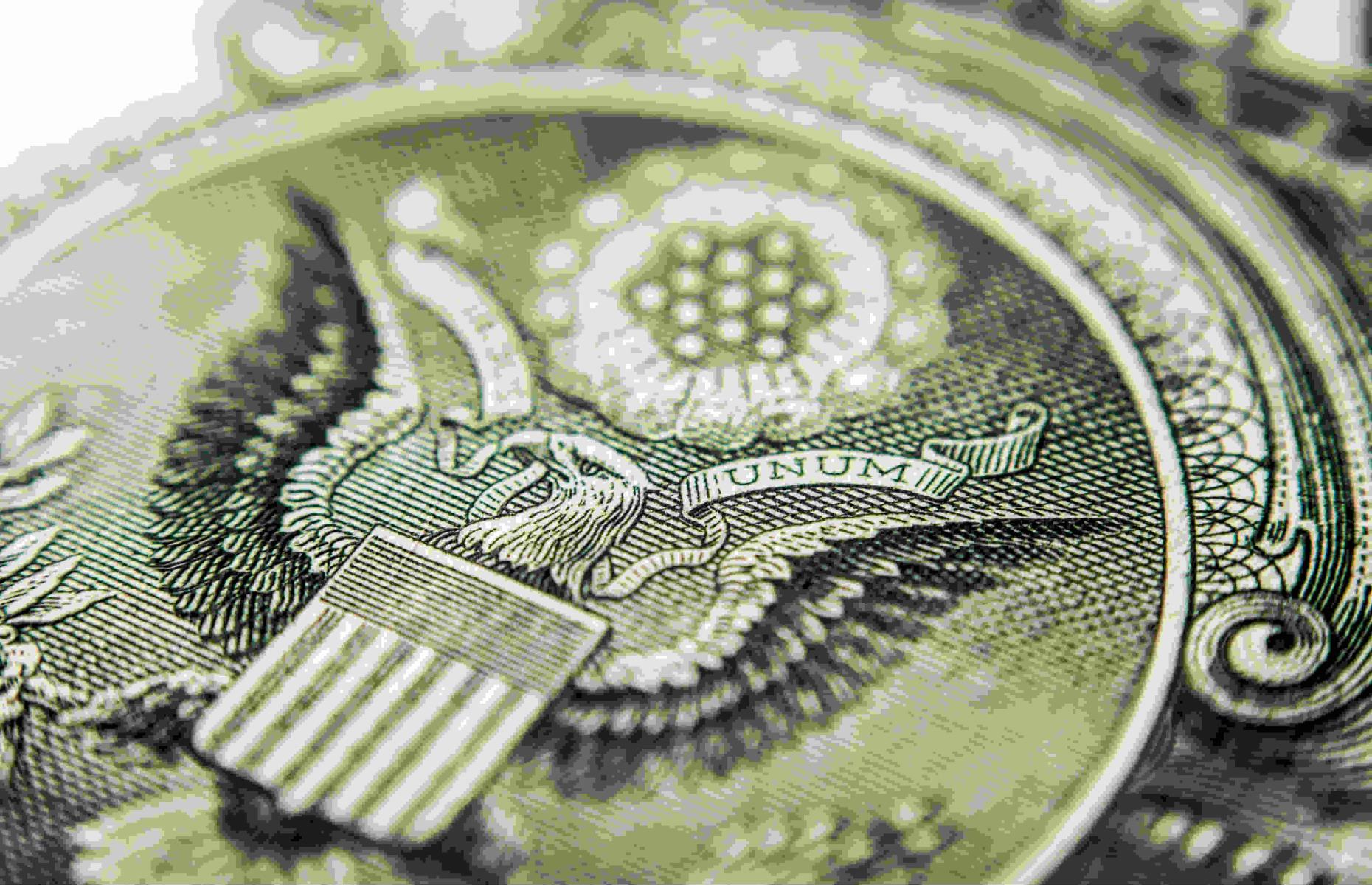 Among other features, the newest American $100 (£78) bill has a 3D blue ribbon woven into the paper, next to Benjamin Franklin's face. When the note is tilted, images of bells and the number 100 move from side to side, and up and down. The note also has raised print, a colour-changing number 100 in its bottom right corner, and microprinted text on Franklin's collar – all carefully incorporated to make forgery more difficult.
Features 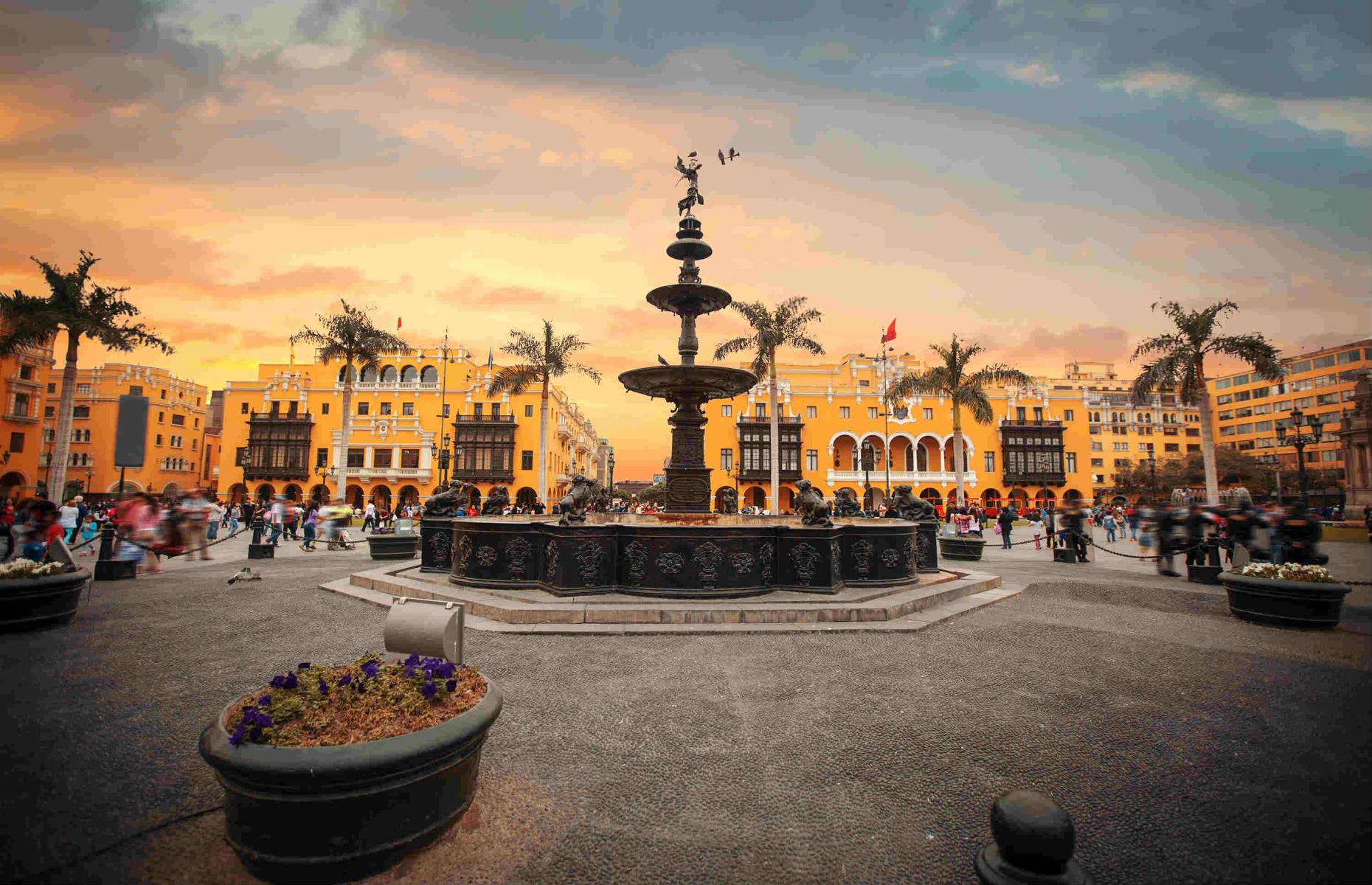 The best fakers in the world

Peru is the world capital of top quality forged US dollar bills and specialist counterfeiting gangs pride themselves on the (near) perfection of their work. In May this year, the US Secret Service seized $15 million (£11.6m) in counterfeited money in Peru, following an investigation that involved undercover phone calls, surveillance, wire intercepts and the purchasing of US counterfeit currency. 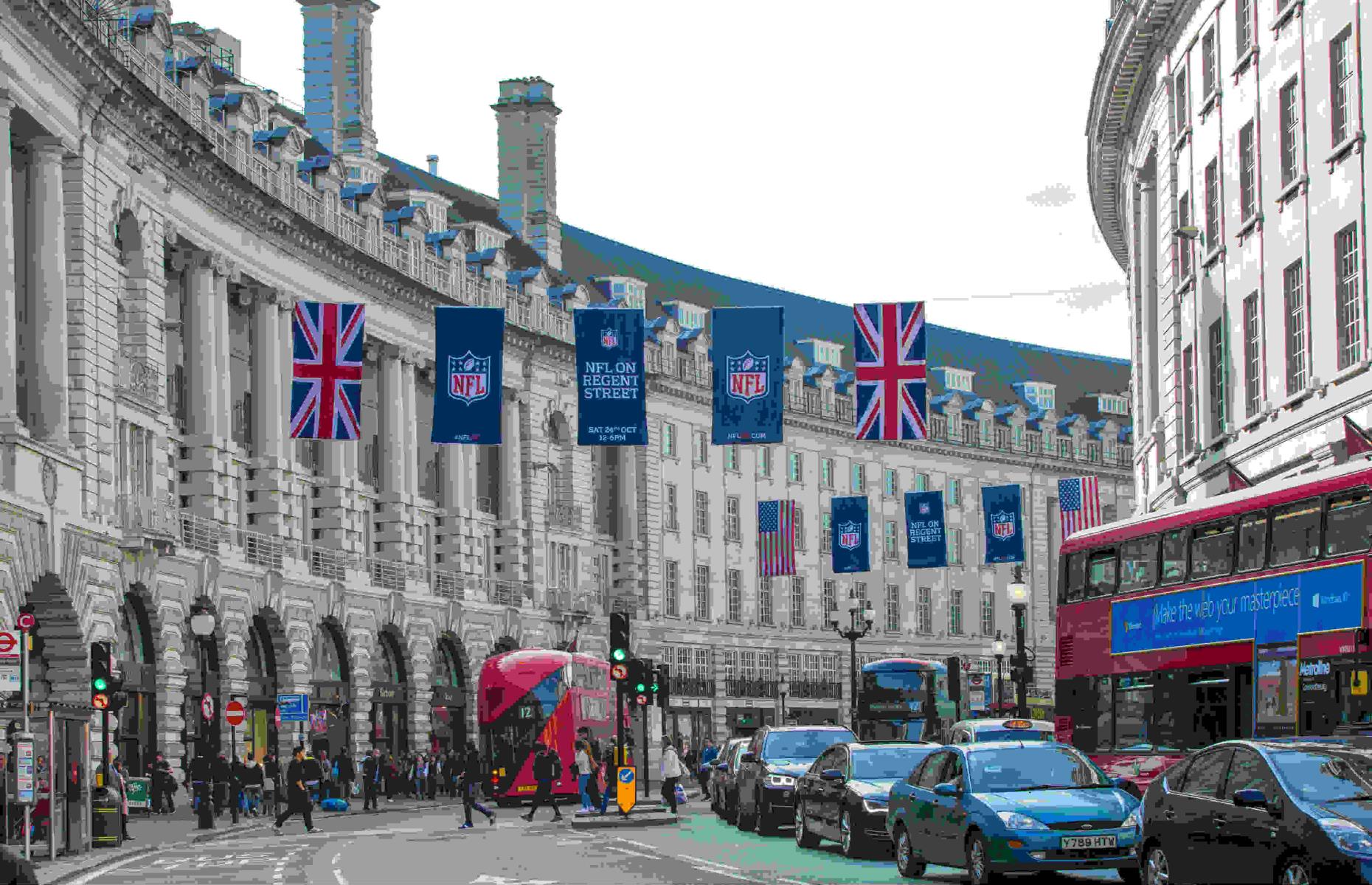 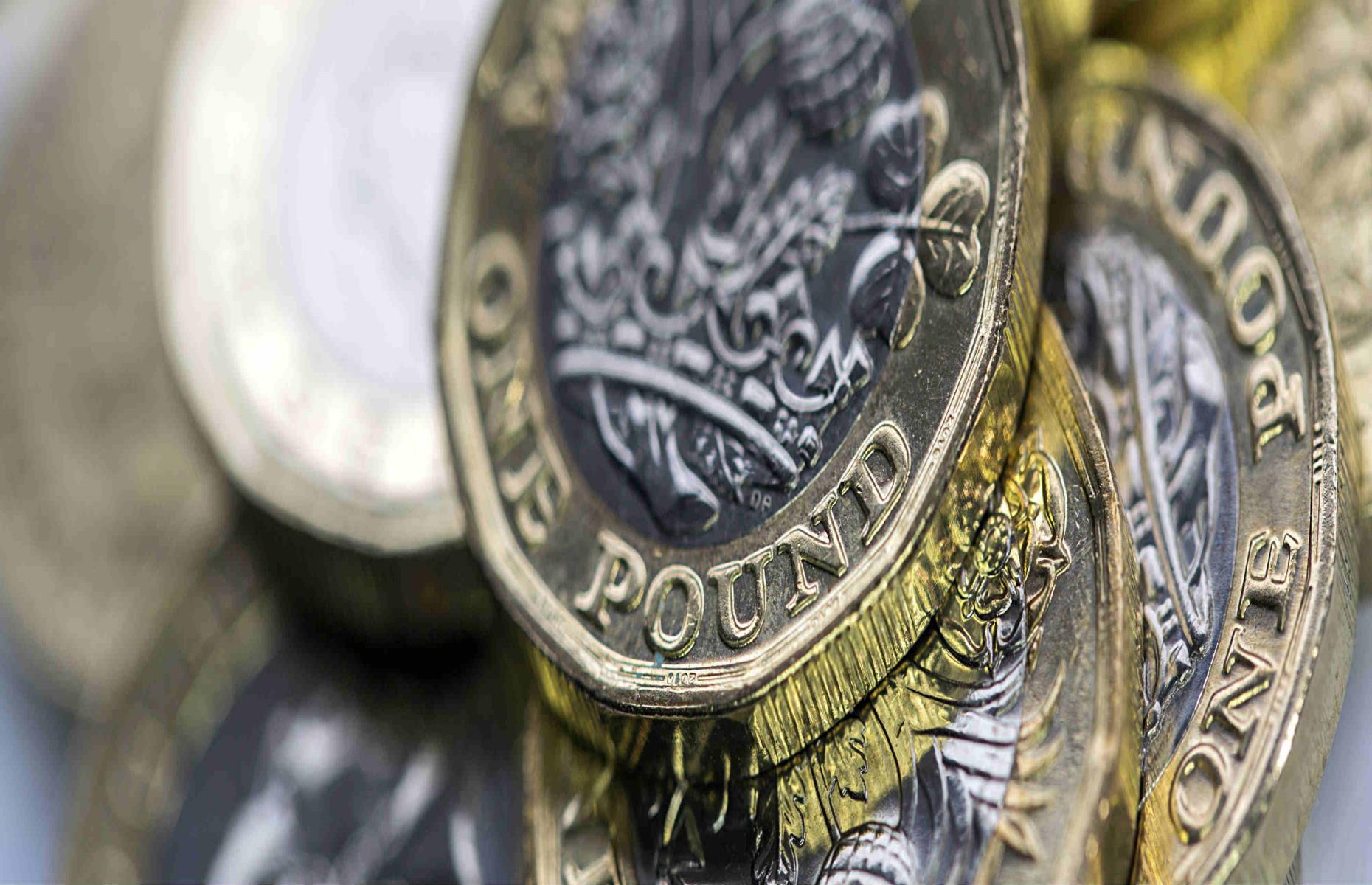 Sound as a pound?

Unlike in some other countries, counterfeiters in the UK have also targeted the coin market. The Royal Mint estimated that about 2.5% of 1.6 billion of £1 ($1.30) coins are fake, leading them to introduce the new 12-sided £1 coin in March 2017. The dodecagon coin also has a hidden "high security feature" built in, making it much harder to counterfeit.