Who owns the land Down Under?

As the sixth largest country in the world, Australia spans a staggering 7.7 million square kilometres (770 million hectares), with land ownership across the giant nation split between indigenous communities, the state, private individuals, and companies. In fact, as much as 62.7% of Australia is privately owned according to the Australian Bureau of Statistics.

With that in mind, click or scroll through our gallery to take a look at 30 of the country's biggest landowners, from the families that have farmed their land for generations to the major multinational companies wanting to muscle in on the world of Aussie agriculture.

Scott Harris has hit the Australian headlines time after time due to his plans to clear thousands of hectares of bushland in Queensland.

The grazier had received governmental permission to clear 58,000 hectares of his enormous 931,000 hectare Strathmore Station, with the end-goal of expanding his agricultural portfolio and growing valuable soy beans and cereal plants.

However, in 2015 he came under fire for clearing land outside of the approved zones, threatening animal habitats and damaging wetland in the process. The controversial clearing was one of the largest in the Australia's history.

Harris also owns Kingvale Station, and his proposal to clear more than 1,800 hectares of its land was flatly rejected in 2020 due to its proximity to the Great Barrier Reef.

This moneyed Australian family owns and operates more than a million hectares of land Down Under, according to ABC News.

The family's patriarch, Tom, passed away in August 2020 at the age of 83, and his wife Patricia and the remaining family now control the holdings.

Perhaps best known as the chairman of Australian TV giant Seven Network, Kerry Stokes is as passionate about agriculture as he is about media.

He currently owns at least one million hectares of farmland in Western and South Australia in the form of the Leopold Downs, Fairfield, and Napier Downs stations, and sold his Cygnet Park Farms property portfolio on Kangaroo Island in 2019. The media mogul is worth an impressive AU$5.5 billion ($4.2bn/£3.2bn). 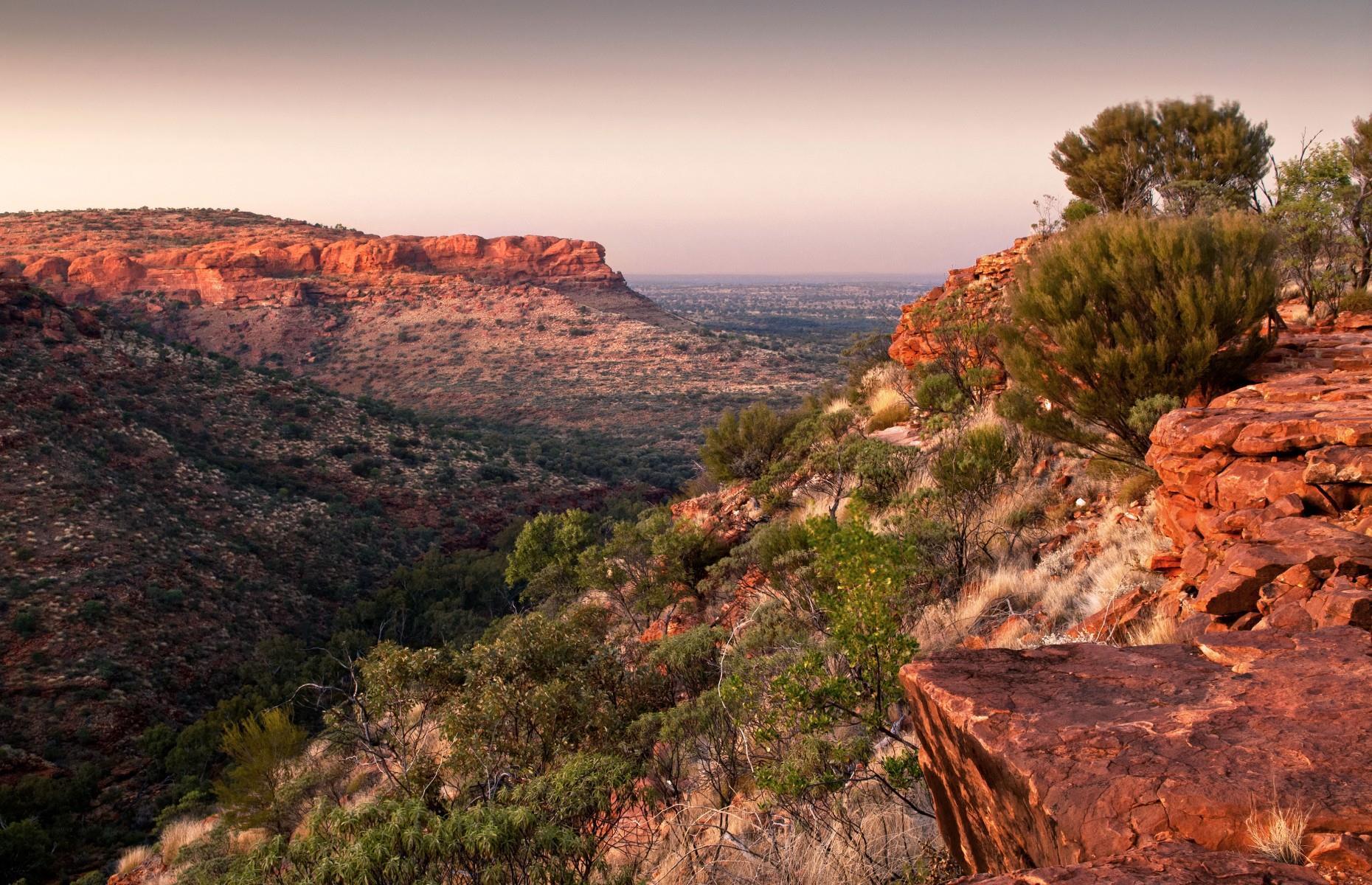 Rallen Australia is becoming a prominent player in the world of Australian landownership thanks to its backing from Giovanni Ravazzotti, who just so happens to be one of the richest men in South Africa.

Ravazzotti's daughter, Luciana Ravazzotti Langenhoven, and her husband, Pierre Langenhoven, are the owners of the business, which currently has around 1.1 million hectares of land in its portfolio.

In February 2020, the company acquired two major cattle stations, Tanumbirini and Forrest Hill, at a cost of AU$70 million ($51.5m/£39m). The stations stretch across 559,370 hectares and make up the bulk of the company’s extensive portfolio, which also includes Kalala Station, purchased for AU$58 million ($43.5m/£32m).

Stanbroke Pastoral runs seven enormous cattle stations in Queensland, making the firm one of the largest in the Australian farming sector.

The company is controlled by the children of the late founder, grain king Peter Menegazzo, who was killed in a plane crash alongside his wife Angela in 2005.

Menegazzo's sudden death has caused divides between his four children and in 2015, his son Mark accused his three siblings of "short-changing" him following his decision to step down from the family business. 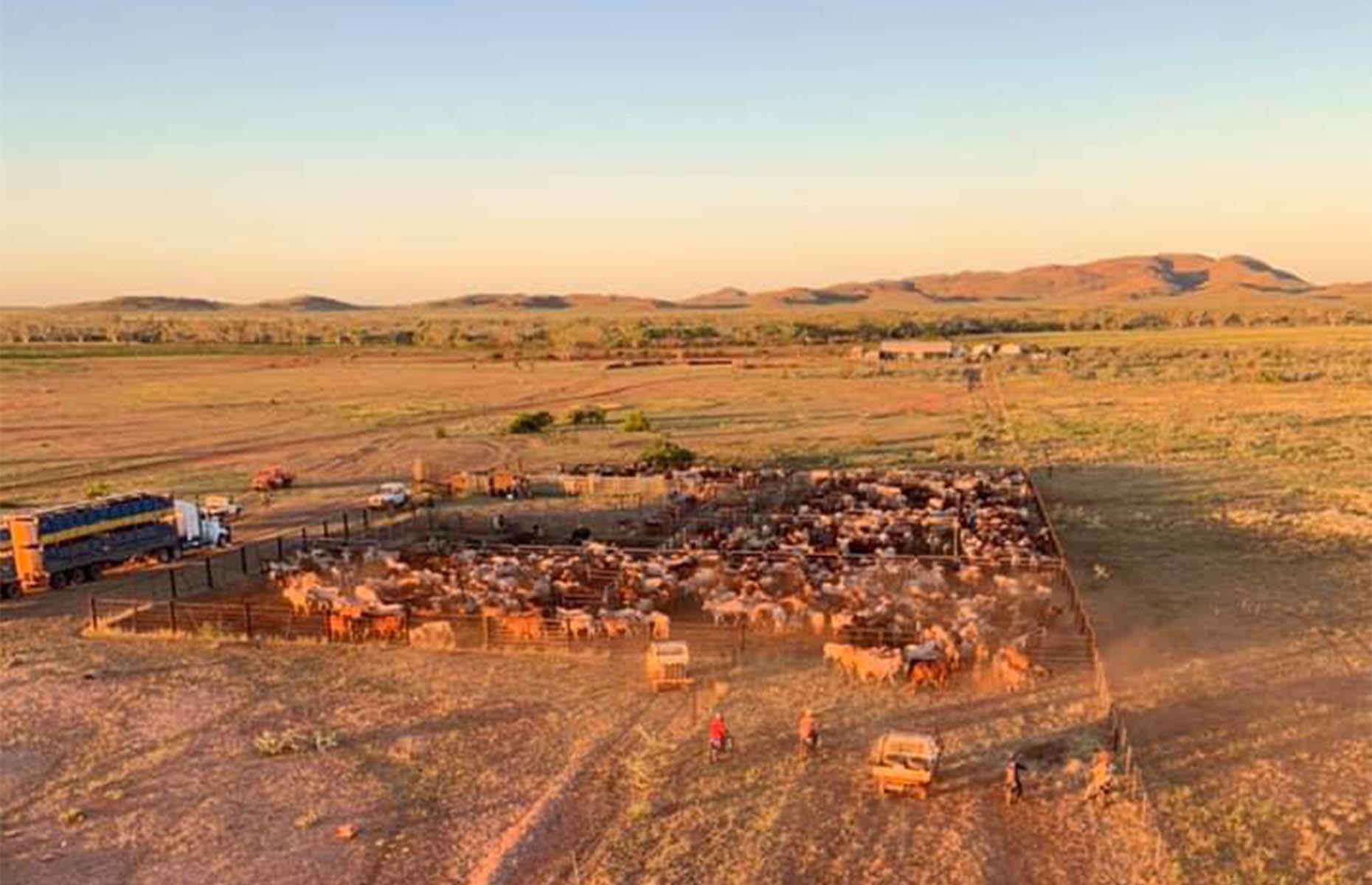 The Bettini family owns De Grey, the second largest station in Western Australia and one of the largest in the country. Their Bettini Beef business dates back to 1976, and over the years the Bettinis have owned various other stations, including Boolathana in Carnarvon and Ashburton Downs in Paraburdoo.

They've since sold off all but the De Grey landholding, which is just over 1.2 million hectares and home to around 16,000 cattle.

The son of the late Australian wool baron Sir William Gunn, Bill Gunn is the founder and majority shareholder in Gunn Agri Partners.

Robert McBride and his family own and operate a slew of wool-producing businesses in Australia that account for an important part of the country's wool industry.

All in all, the family controls 1.3 million hectares of land under its AJ & PA McBride Ltd brand, which is 0.6 hectares larger than the size of the Greater Sydney area. The company has been passed through the family for years and the fifth generation of McBrides are currently in charge of the portfolio. 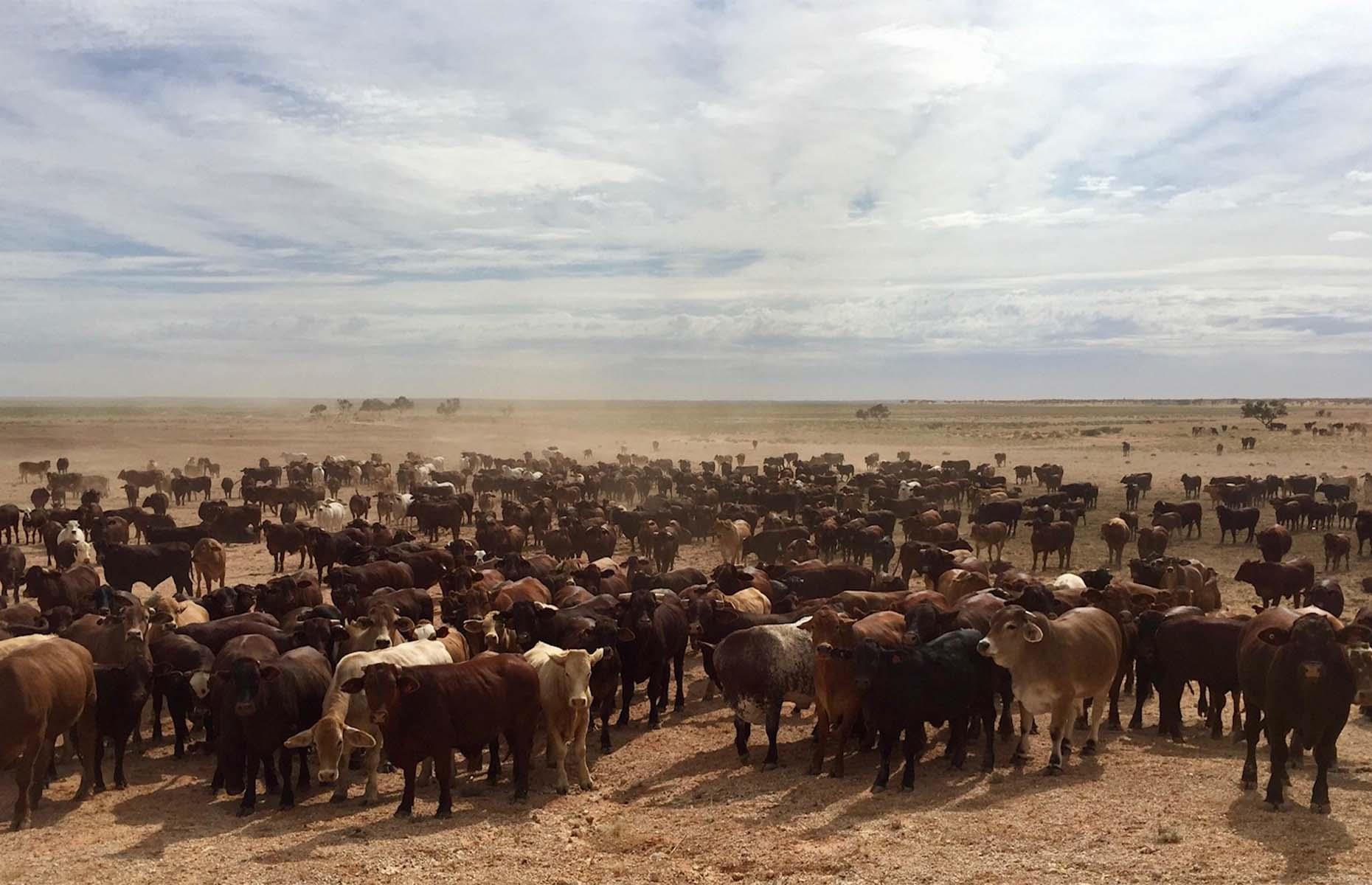 Ashley and Genevieve Daley's portfolio also includes the Arrabury and Mt Leonard stations, which operate as one and comprise around 755,000 hectares in total. The family business also owns a property called Binda, which is used for mixed farming and cattle.

However, the size of Binda is undisclosed, meaning their total land easily exceeds 1.3 million hectares.

Hong Kong billionaire Hui Wing Mau became the owner of a staggering landholding portfolio when he purchased the Yougawalla Pastoral Company in 2015, in a deal reportedly worth AU$70 million ($52.5m/£40m).

Along with the 843,800-hectare Yougawalla property, the sale also included Bulka and Margaret River Stations. All in all, Mau owns more than 1,390,000 hectares of land in Australia. 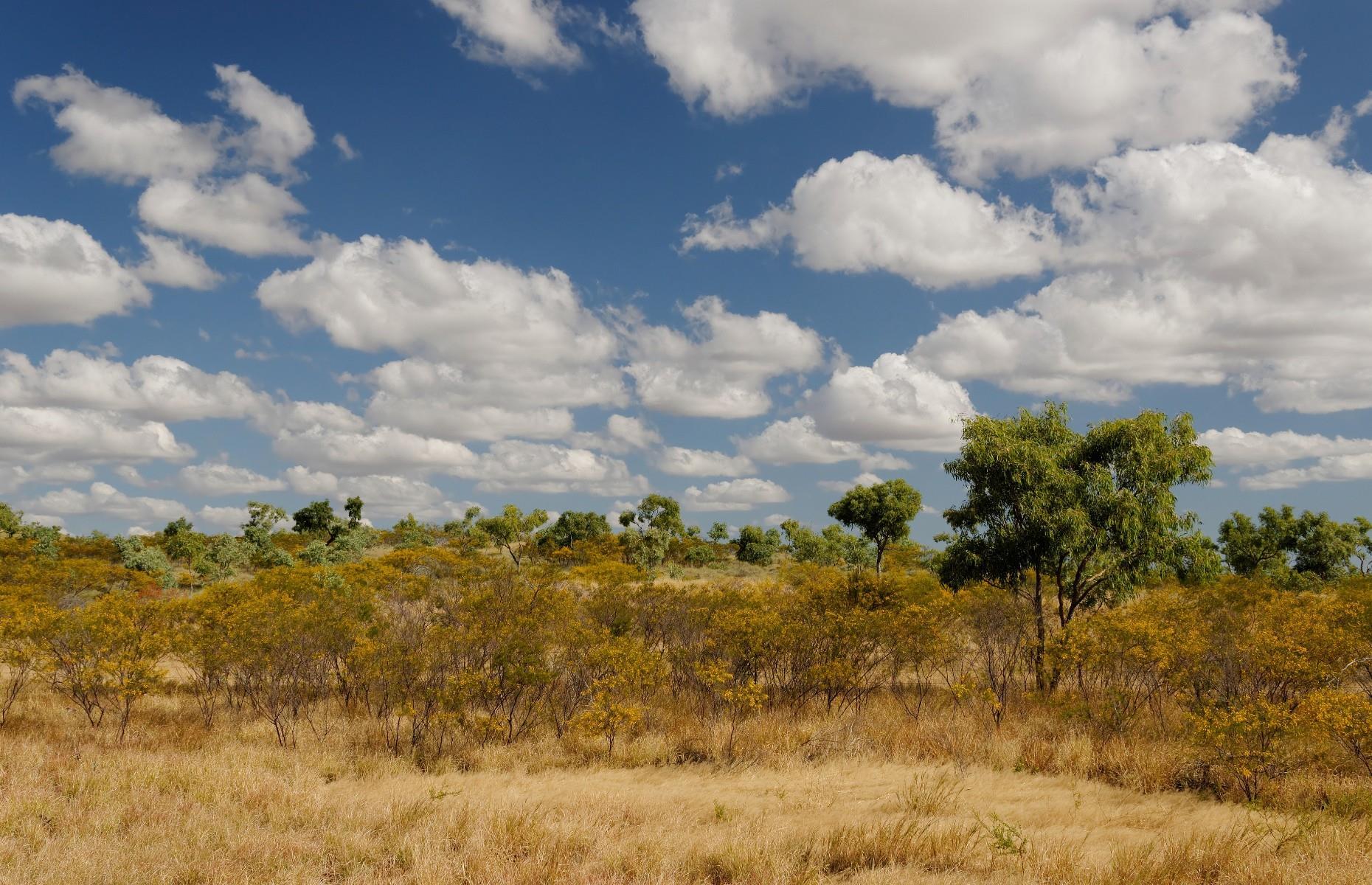 In April 2020, the McMillan Pastoral Company agreed to buy Wollogorang Station and Wentworth Station from Chinese billionaire Xingfa Ma, who had acquired the holdings in 2015. The deal cost AUS$53 million ($40m/£30m) and boosted the McMillan family’s portfolio by almost 706,000 hectares.

In their second acquisition of 2020, the McMillans then purchased Roxborough Downs and Mudgerebar Station for around AU$40 million ($30m/£23m), adding another 420,000 hectares to their landholdings.

The family already owned Calvert Hills Station in the Cloncurry region of North West Queensland, which they acquired for AU$15 million ($11m/£8.5m) in 2013, bringing their total land to around 1.63 million hectares.

The Lee family owns Australian Country Choice, one of Queensland's biggest and most successful farming firms. The company operates 42 properties, adding up to an impressive 1.75 million hectares of land.

With a personal fortune of AU$21.4 billion ($16.3bn/£12.4bn) according to Forbes, mining titan Andrew "Twiggy" Forrest is one of Australia's richest people. He has significant livestock farming interests and most recently acquired Balfour Downs in Pilbara for AU$32 million ($24m/£18.6m) in February 2022.

The 634,000-hectare property had previously been owned and operated by Xingfa Ma's TBG Agri Holdings, and brings Forrest's land portfolio to just under two million hectares.

The Hewitt family have been pastoralists in Queensland for generations and the clan still controls numerous land holdings across the Australian state, as well as in the Northern Territory and New South Wales. 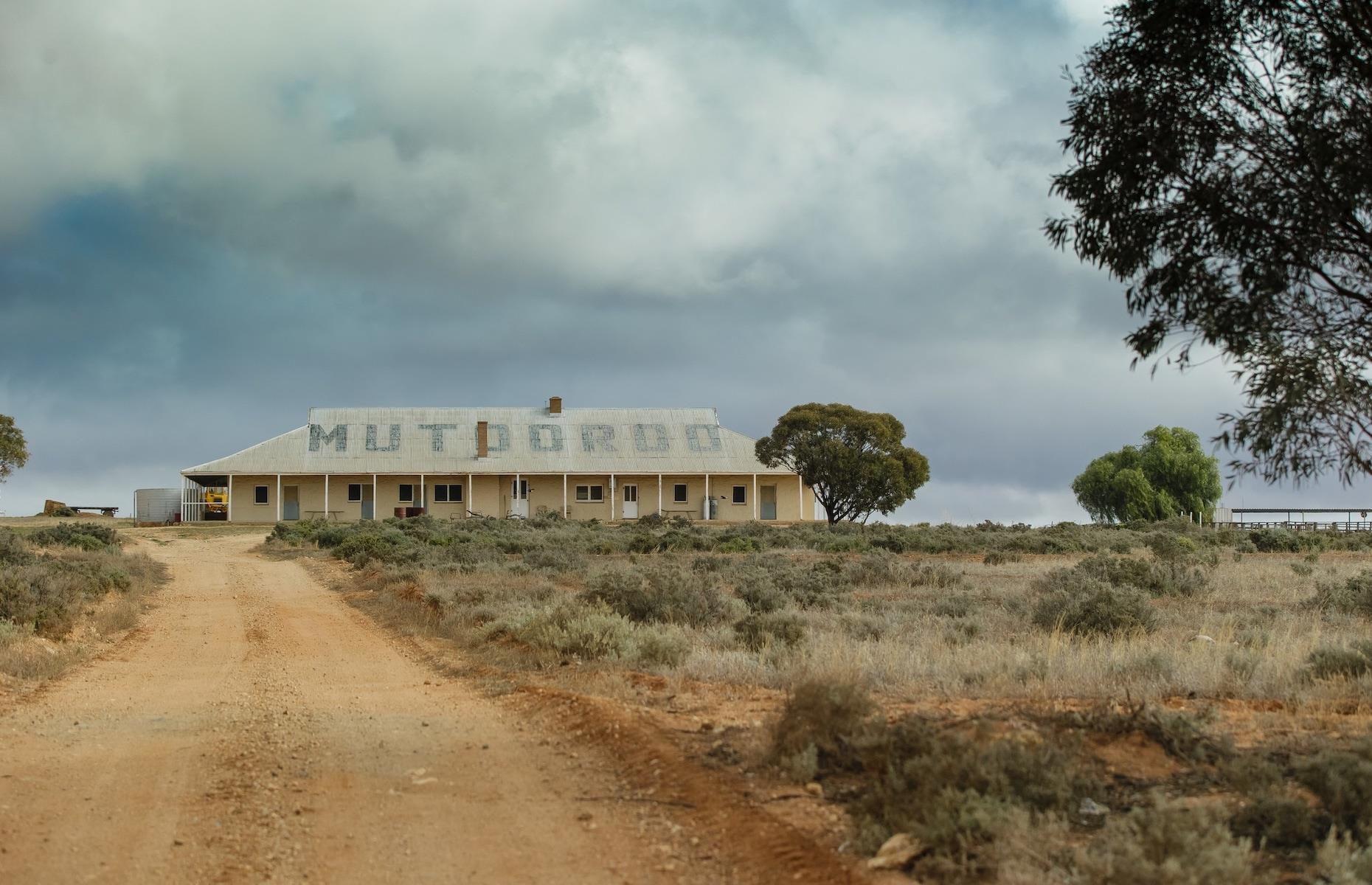 The Morgan and Wells families together own 2.1 million hectares of land along the border of South Australia and New South Wales.

Their Mutooroo Pastoral Company was founded in 1868 and currently manages five cattle stations. This includes Quinyambie, which on its own comprises 1.2 million hectares.

Australian retail entrepreneur Brett Blundy has amassed an epic portfolio of land over the past few years. His company BBRC currently oversees about 2.4 million hectares, although that figure could be set to dip: its one-million-hectare Walhallow Cattle Station in the Northern Territory is currently on the market. Only offers of AU$200 million ($150m/£113m) or more are being considered.

The aristocratic Holmes à Court family are the proud owners of Australia's Heytesbury Cattle Company, which controls more than 2.7 million hectares of land in the Northern Territory.

Along with his family, organic farming enthusiast David Brook owns and operates several landholdings across southern Queensland and South Australia, totalling a gargantuan three million hectares. All of the farms and their produce are certified organic, and are completely free of chemicals, pollutants, and additional hormones.

Brook is also founding director, chairman, and shareholder of the OBE Organic group, which describes itself on its website as producing "the world's best organic beef".

The Hughes family have had a cattle business in Queensland since 1872. Their Hughes Pastoral Company is one of the biggest and most profitable beef-producing enterprises on the planet, and specifically specialises in Wagyu beef.

The Hughes Pastoral Company made headlines in June 2021 when it acquired Miranda Downs, a 438,000-hectare cattle station in the Gulf of Carpentaria. The AU$180 million ($131m/£100m) deal is the largest amount of money ever paid for a single pastoral holding in Australia, and brings the family's total land portfolio to around 3.14 million hectares.

The McDonalds have been farming Down Under since the early 19th century. According to their website, the appropriately named family currently owns a total of 3.36 million hectares across 14 different properties around Queensland, with around 175,000 cattle grazing on their pastures.

The Consolidated Pastoral Company is widely considered to be Australia's largest privately-owned beef producer. It owns around 300,000 head of cattle at any given time and has a landholding portfolio of a massive 3.6 million hectares across the country.

The company is majority-owned by UK investor Guy Hands's Terra Firma Capital Partners, and was acquired from its previous owner, businessman James Packer, in 2009.

The Paraway Pastoral Company runs a number of major sheep and cattle businesses across Australia, covering more than 4.4 million hectares. The firm is owned by the Macquarie Group, a Sydney-based banking organisation.

The Williams family's eponymous cattle company acquired the gigantic Anna Creek Station in South Australia in 2016 which, at 1.57 million hectares, is the largest working cattle station in the world.

The family also owns another seven cattle stations across the same state, bringing their total portfolio to 4.5 million hectares.

The combined hectarage of the properties comes to more than 5.28 million.

Gina Rinehart was once Australia's largest private landowner – and while her property portfolio might have shrunk, she's still retaining her title as Australia's wealthiest person. According to Forbes, Rinehart is currently worth an astonishing AU$41 billion ($31.2bn/£24bn).

In 2016, the mining magnate teamed up with China's Shanghai CRED to buy the lion's share of S. Kidman & Co., which was once the largest individual private land holding on the planet. However, Crown Point Pastoral purchased three of her stations in early 2022, bringing Rinehart's previous total of 9.2 million hectares down to around 5.4 million. 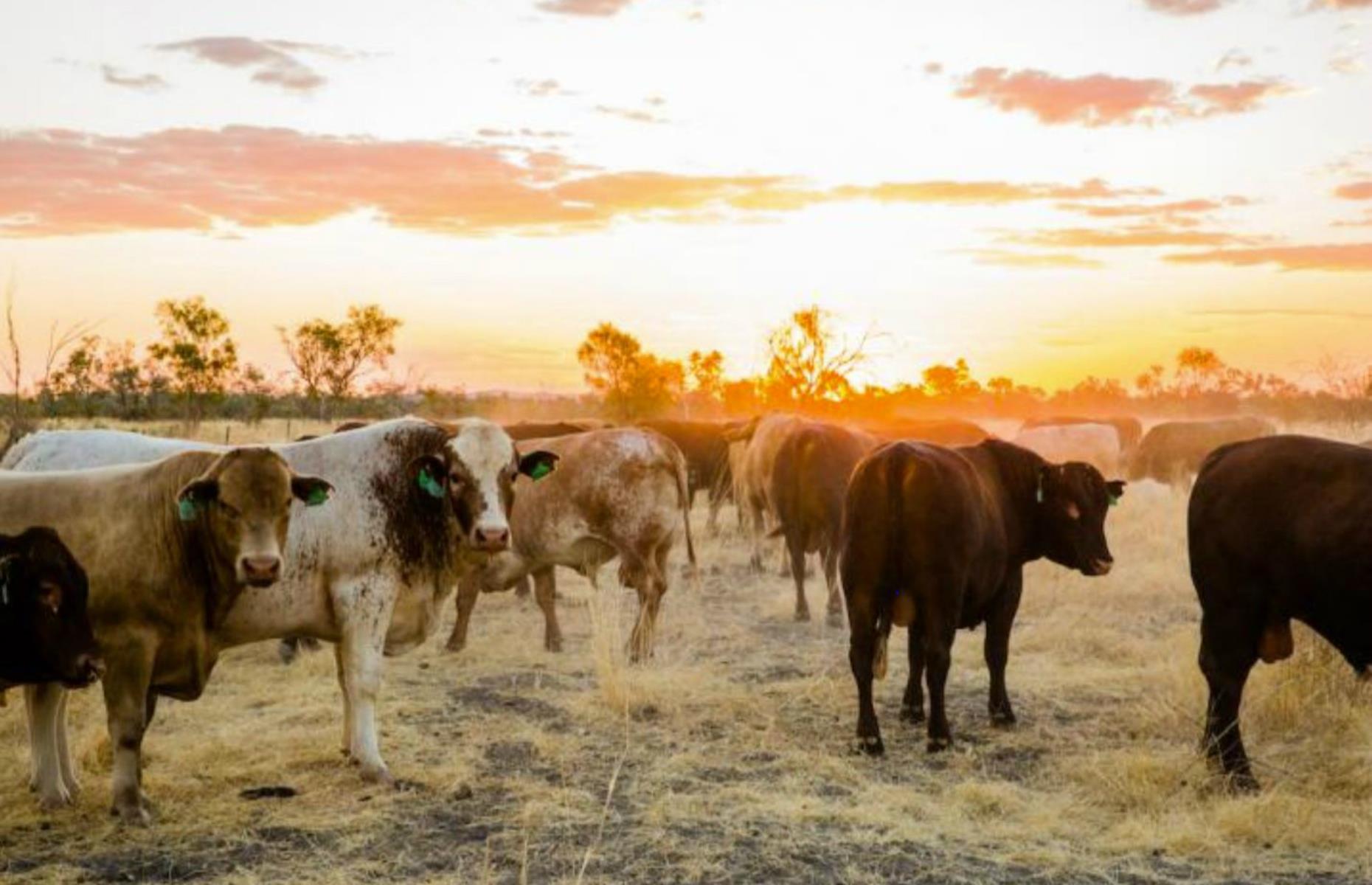 Founded in 1877, the privately-owned North Australian Pastoral Company is one of the largest cattle companies Down Under.

The business oversees six million hectares of land across Queensland and the Northern Territory, including the 1.6 million-hectare farm Alexandria, which is home to around 80,000 cattle.

The Jumbuck Pastoral Company was established in Adelaide by patriarch H. P. MacLachlan back in 1888 and became known for its wool. The Weekly Times reported in 2019 that Jumbuck held 4.95 million hectares.

The firm, which is wholly owned by the founder's descendants, expanded its land holdings in 2021 to 6.2 million hectares when it purchased Wave Hill Station.

Dating way back to 1824, the Australian Agricultural Company is one of the country's oldest businesses.

Today, it's a world-leading beef producer, with British tycoon Joe Lewis at the helm as the majority shareholder. The company owns and operates 6.4 million hectares across Queensland and the Northern Territory. 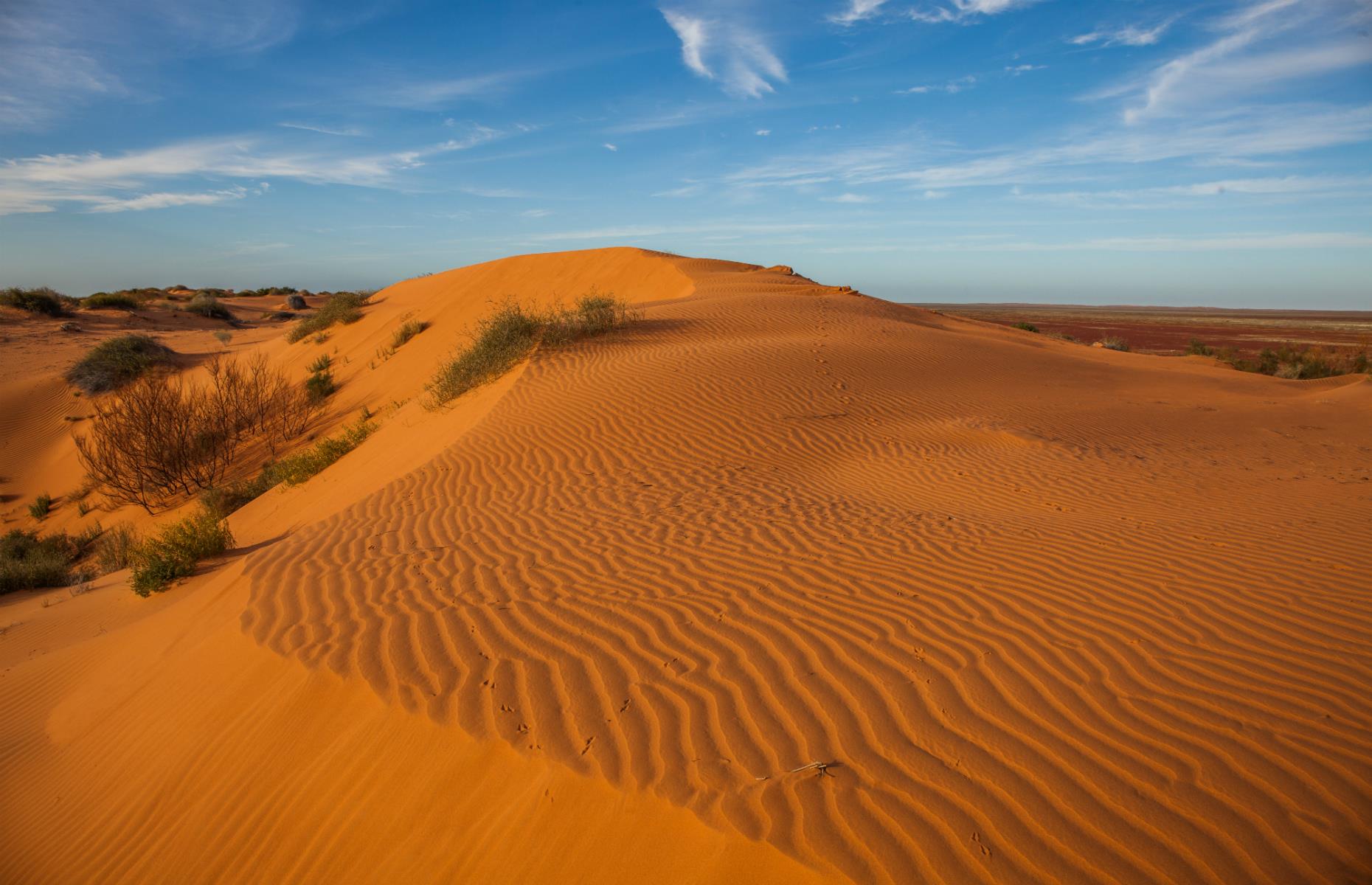 In late 2018, Australian farmers Viv Oldfield and Donny Costello teamed up to buy Clifton Hills, a 1.65 million-hectare cattle station in South Australia. The property is the country's second largest farm and is widely considered to be one of the largest in the world.

Now discover the farming businesses that are set to redefine the agriculture industry.