In February 2018 a spectacular array of gold ingots, coins, and more went on display – and for sale – in Long Beach, California. The treasure was part of a 9.1-tonne cargo of gold worth millions of dollars that went down with the SS Central America in 1857, in what remains America's worst disaster at sea. As artefacts from the doomed ship begin a national tour, read on to discover the incredible story behind the sinking of the 'Ship of Gold' and salvage operation – and why the treasure hunter who discovered the ship in 1988 and sold some of its treasures for $50 million (£39.8m) is now in jail. All dollar values in US dollars. 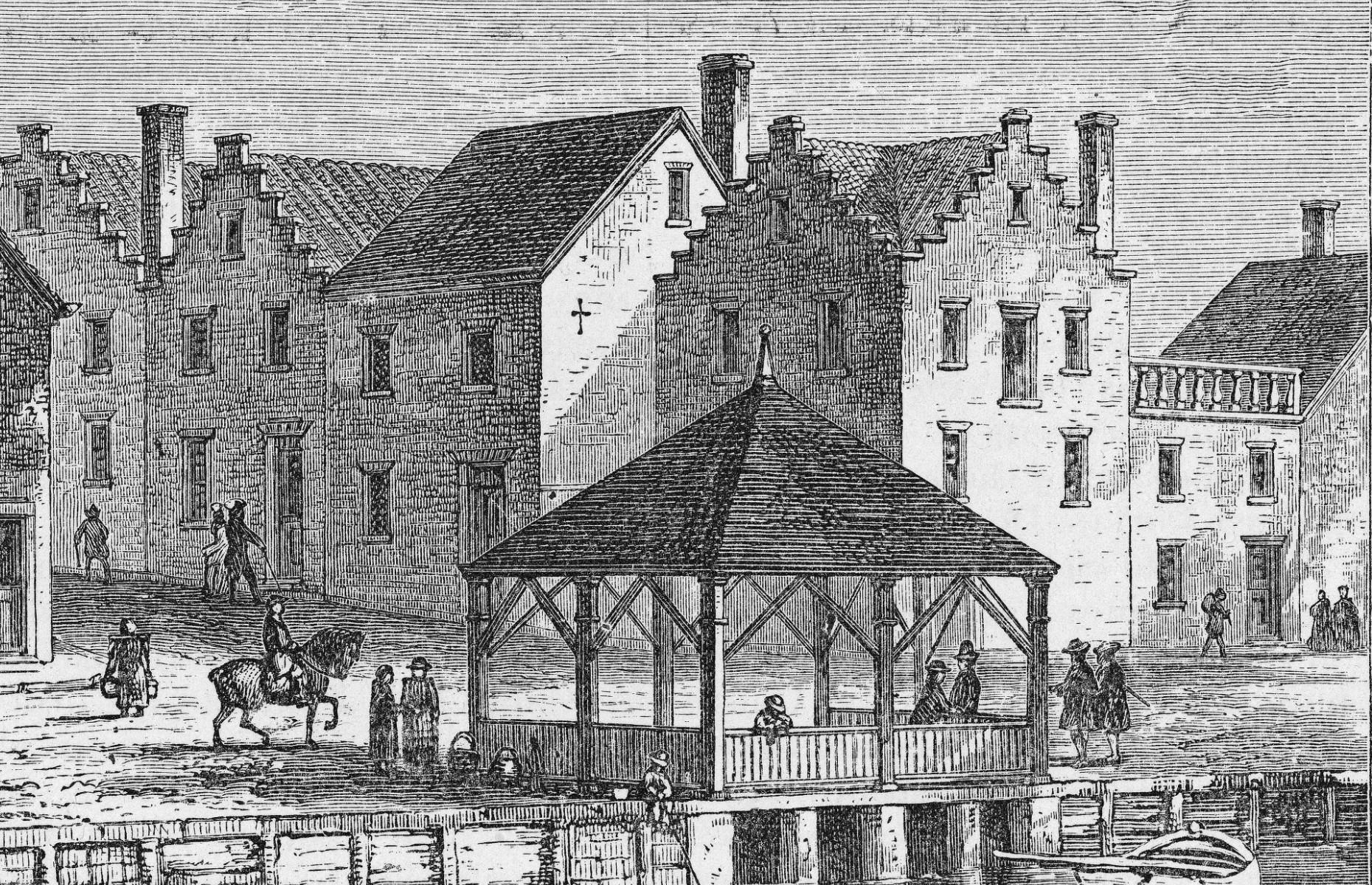 The story starts on 24 August 1857 when the Ohio Life Insurance and Trust Company announced that its New York offices had stopped payments, sending shockwaves through the entire US financial industry. Concerned that the collapse of the Ohio Life Insurance and Trust Company would set off a domino effect and potential run on the banks, several financial institutions banded together and arranged for an unprecedented cargo of Californian gold to be transported from Panama to New York.
Features 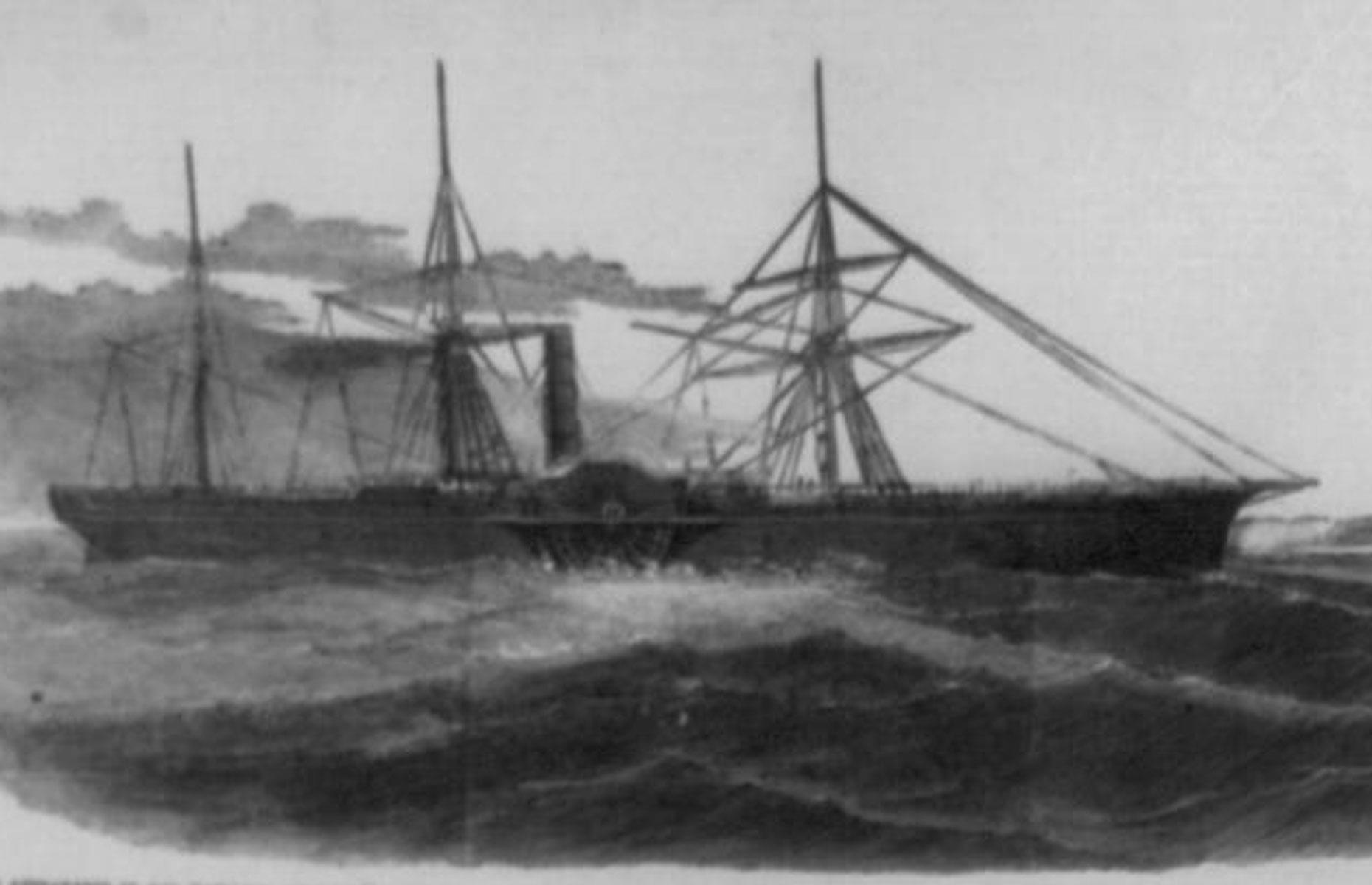 The gold was required to prop up the banks and calm the nerves of jittery investors. The voyage was finalised and, on 3 September 1857, the SS Central America left Panama carrying 477 passengers, 101 crew members, and a jaw-dropping 9.1 tonnes of gold valued at $2 million. That's the equivalent of hundreds of millions of dollars in today's money.
Features

The massive paddlewheel steamer, which was captained by the illustrious William Lewis Herndon, set sail on calm waters and stopped off at Havana, Cuba on schedule and without incident. Several days into the voyage, however, the wind ominously picked up and the sea began to get choppy.
Features 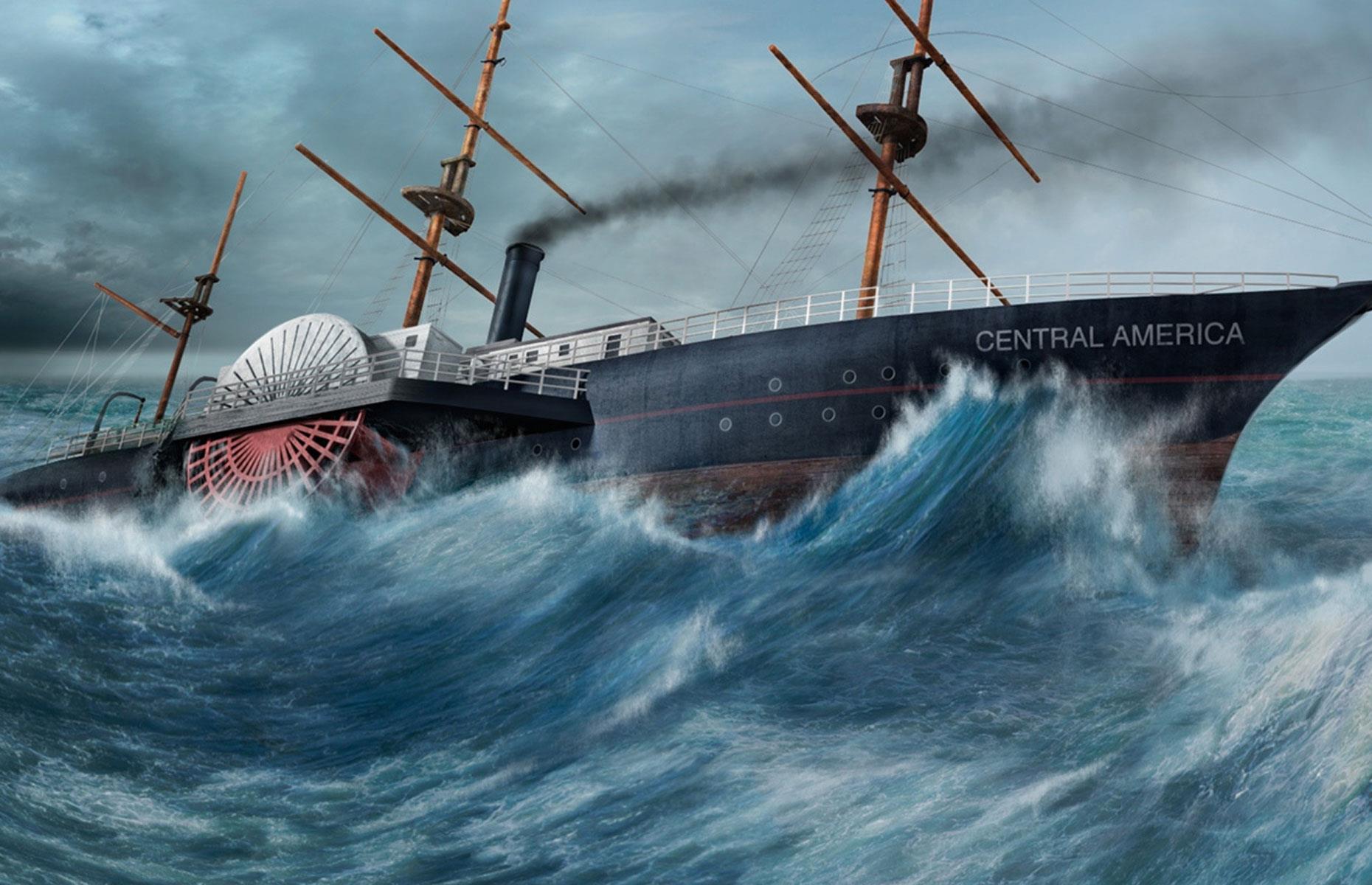 On 9 September 1857, every seafarer's worst nightmare came to pass, and the SS Central America sailed right into a Category 2 hurricane off the coast of the Carolinas. The tempest raged on relentlessly. By 11 September, the furious winds had severely damaged the ship. 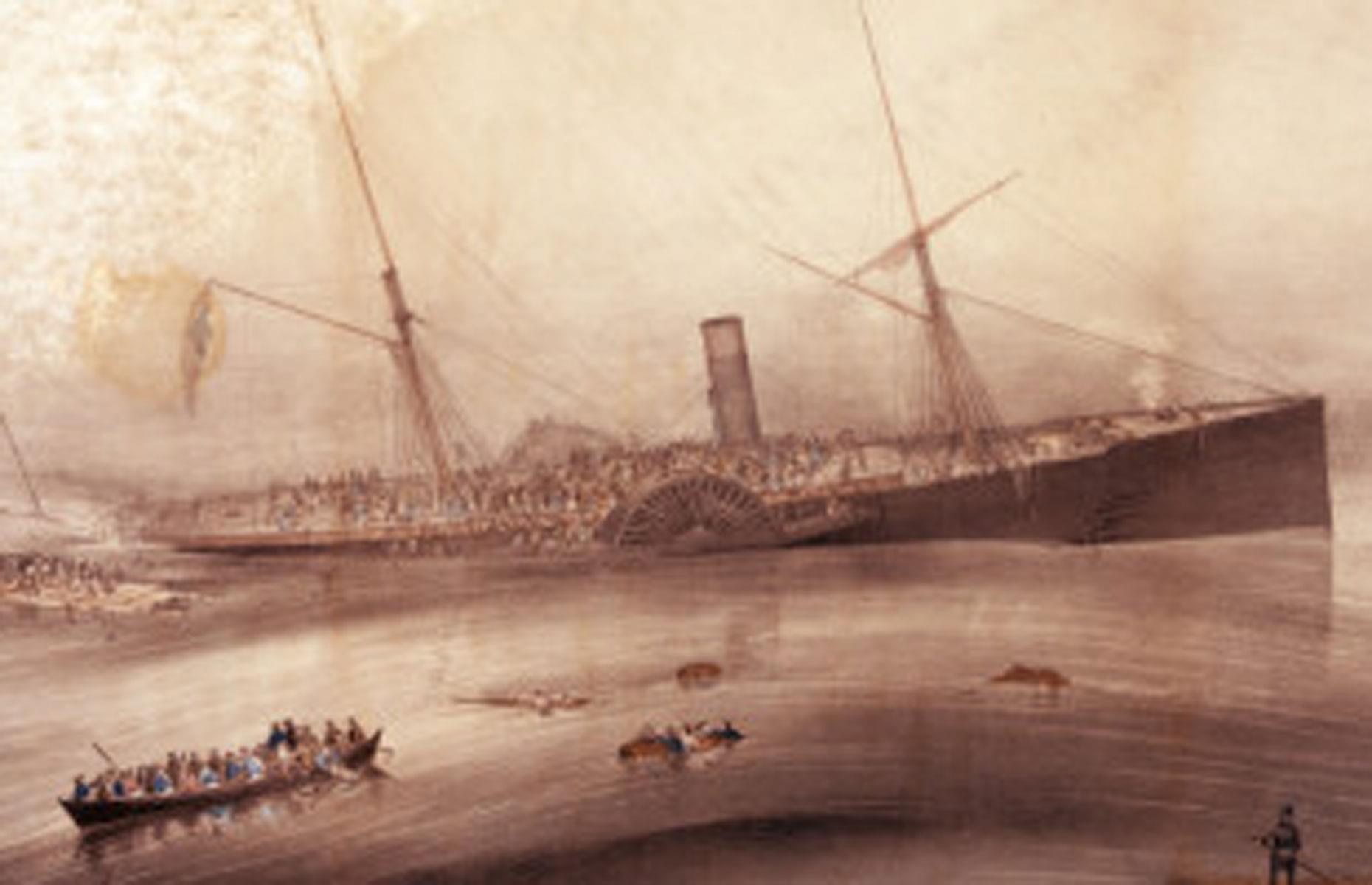 The sails had been ripped to shreds and the bow was taking in water. The SS Central America was effectively doomed when the boiler stopped working. The crew frantically tried to fix it during a lull in the hurricane but to no avail, and the ship began to list. The following day, a rescue by a passing ship was attempted but abandoned due to the atrocious weather conditions, though several lifeboats were successfully launched. The SS Central America sank at 8pm that evening.
Features

All in all, 425 people perished in the sinking, making it the worst disaster at sea in American history. A total of 53 people survived, three of whom were plucked from a lifeboat a week after the tragedy.
Features 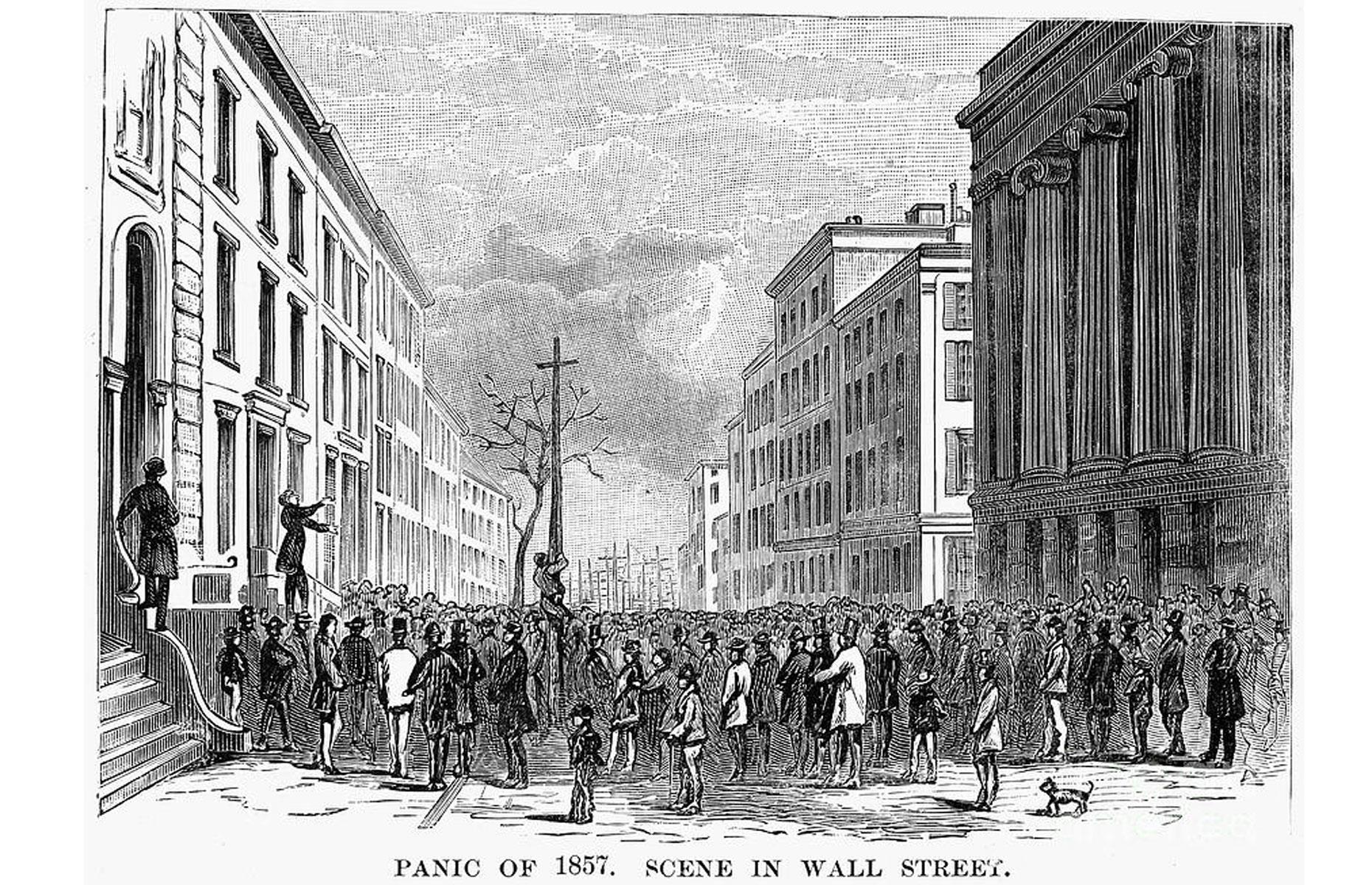 On top of the devastating loss of life, the sinking contributed to the Panic of 1857, a run on the banks and ensuing financial crisis that the ship's precious cargo was meant to have prevented. The impact of the downturn was felt worldwide, and the Panic of 1857 is considered the first real global economic crisis.
Features 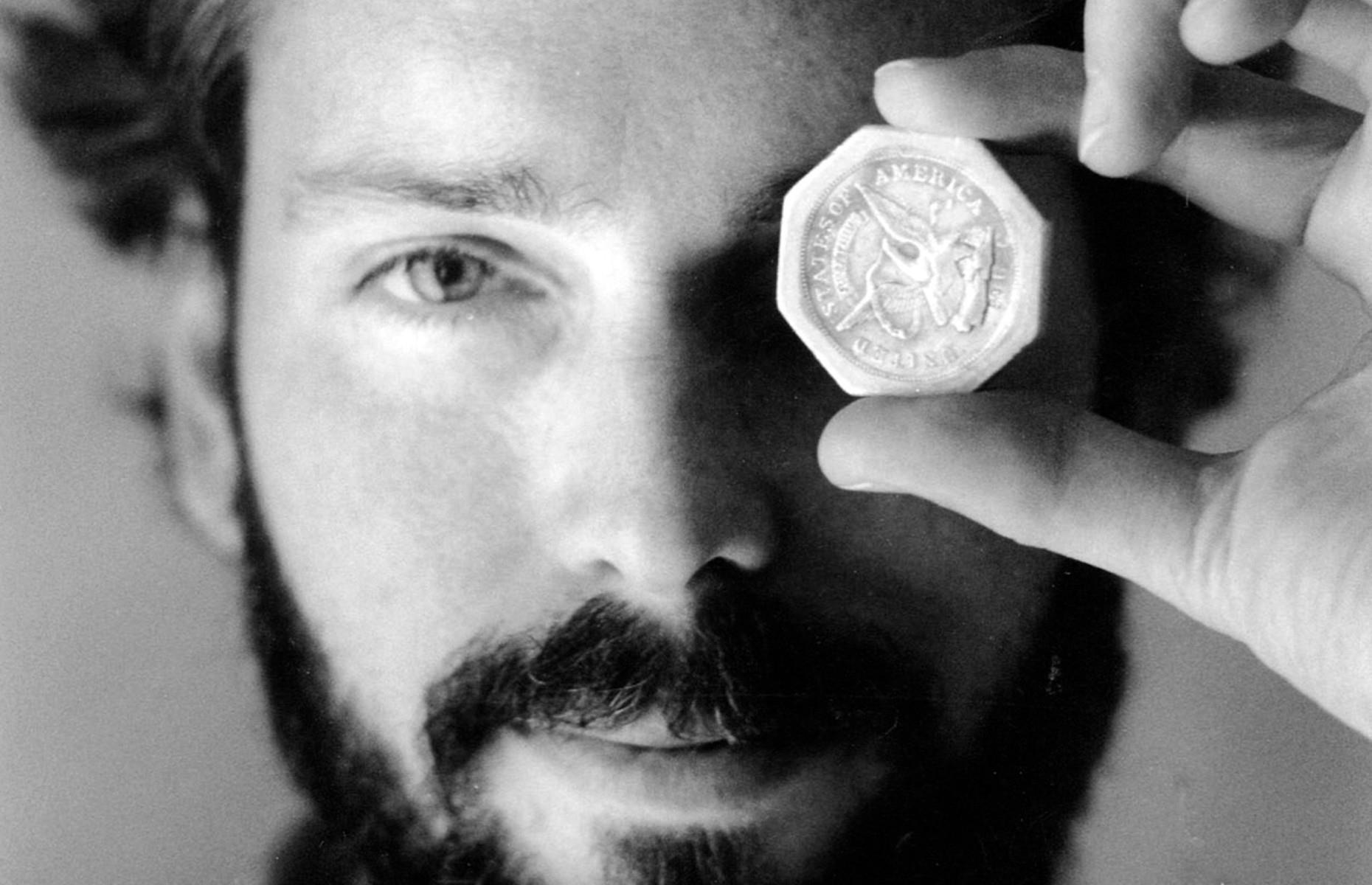 Fast forward to the late 20th century, and shipwreck-crazy treasure hunter Tommy Gregory Thompson (pictured) had become obsessed with finding the ship and its gold. The ocean engineer from Ohio spent years analysing the route of the vessel and developing the technology to seek it out. By 1988, Thompson and his team were 100% convinced they'd worked out the rough location of the wreck and Thompson persuaded investors to part with $12.5 million to finance an extensive search and salvage operation. 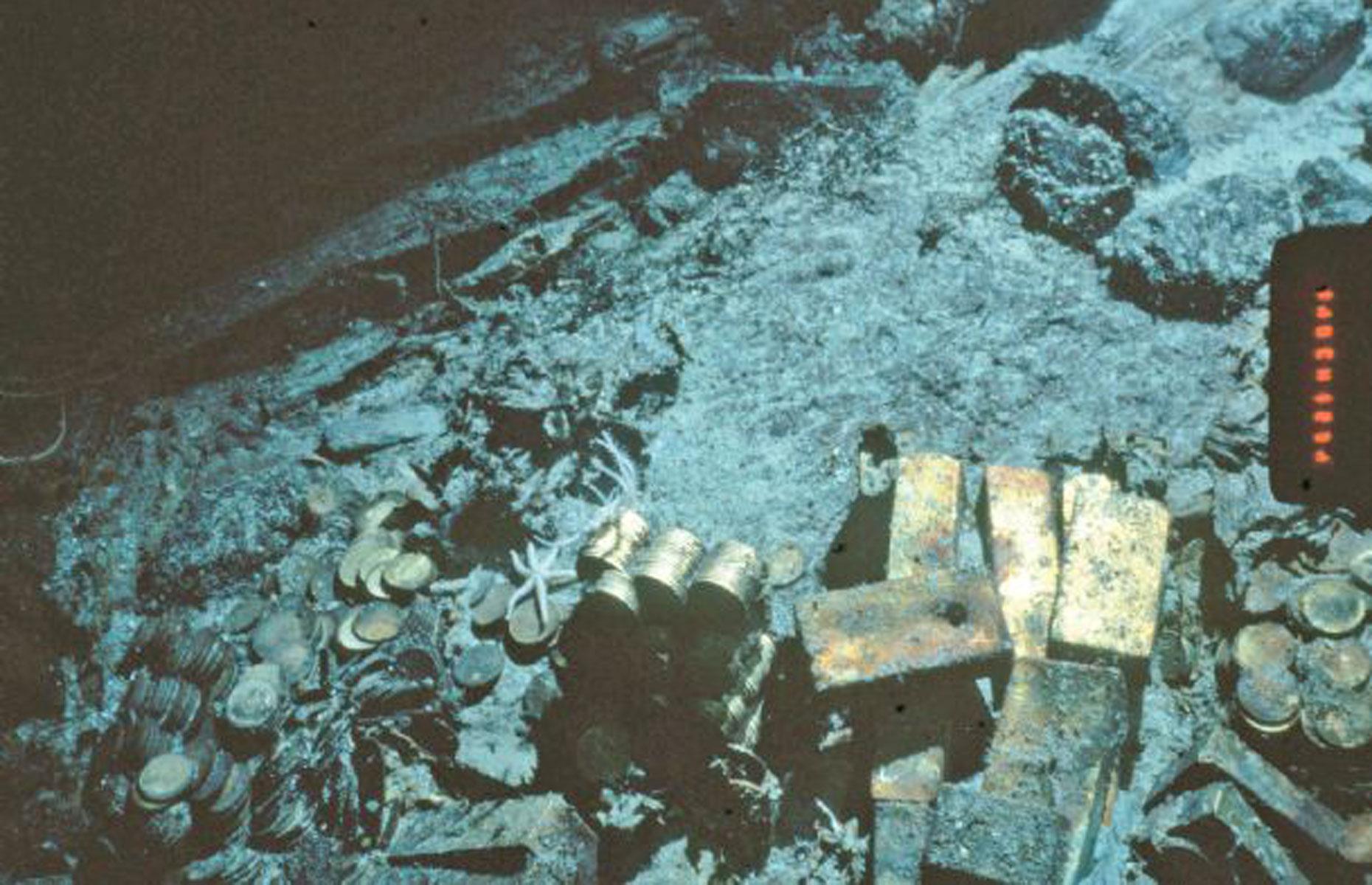 It wasn't long before Thompson achieved his goal. On 11 September 1988, the wreck was finally located at a depth of 7,200 feet (2,200m), about 160 miles (257km) off the coast of South Carolina by Nemo, a vessel operated by Thompson's Columbus-America Discovery Group.
Features 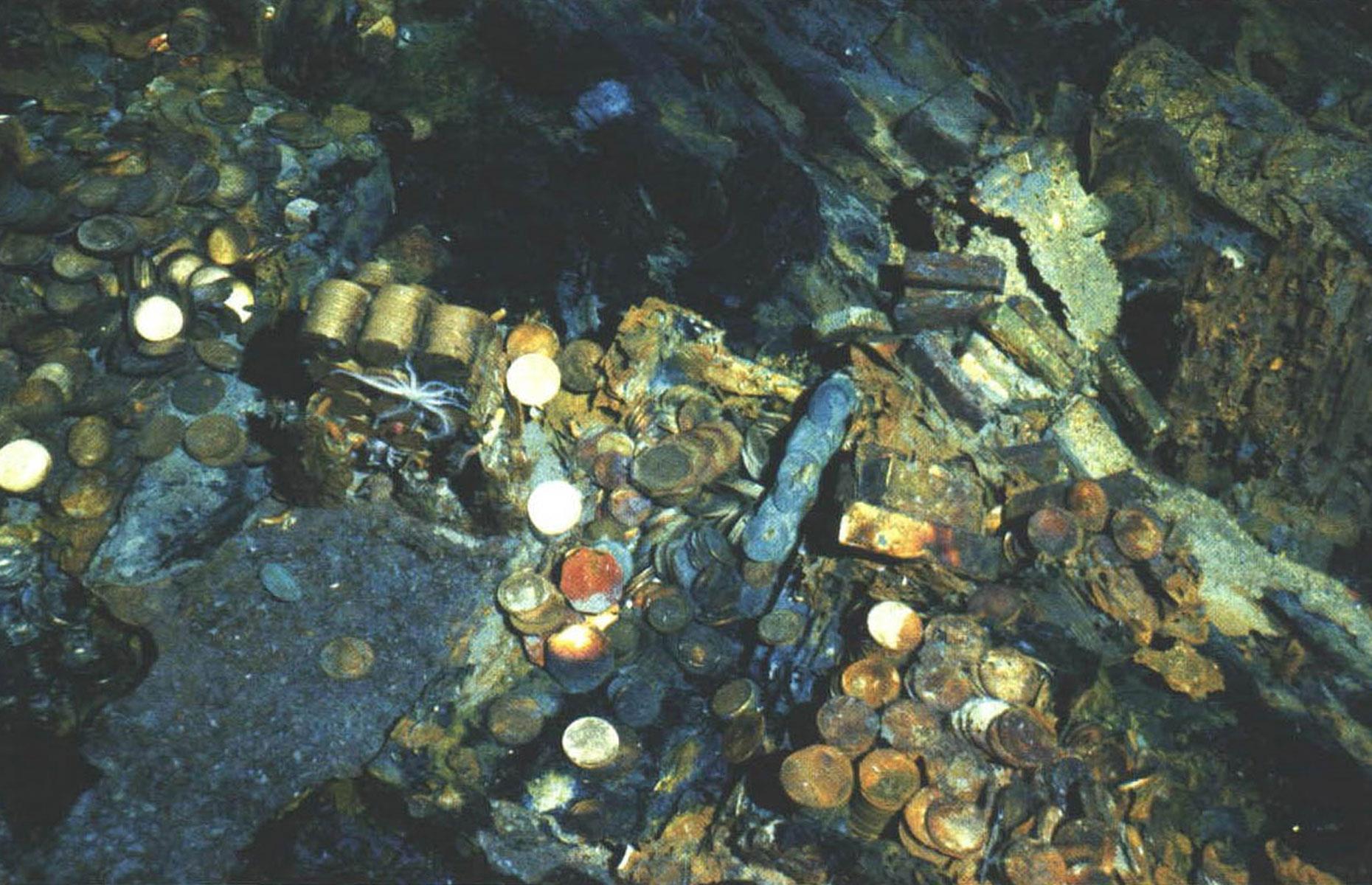 Thompson set about finding the gold and had no trouble pinpointing it. From 1988 to 1991, the ocean expert recovered thousands of gold bars, coins, and other precious artefacts worth tens of millions of dollars. Still, the haul only represented about 5% of the total lost booty.
Features 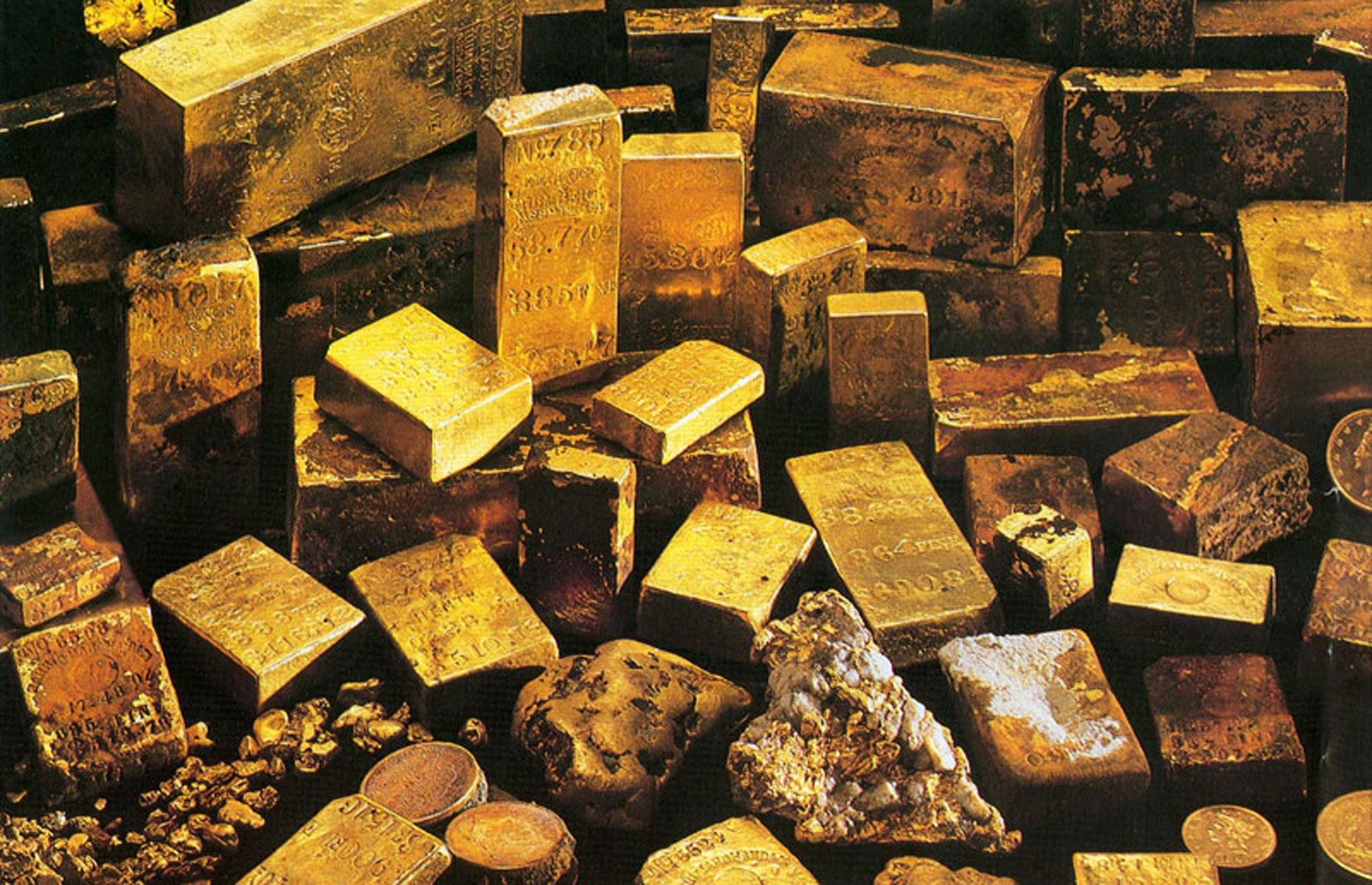 Getting wind of the discovery, which was highly publicised, 35 insurance companies that were operating in 1857 – and paid out damages at the time – put a claim on the gold and filed suit. The legal battle dragged on until 1996.
Features 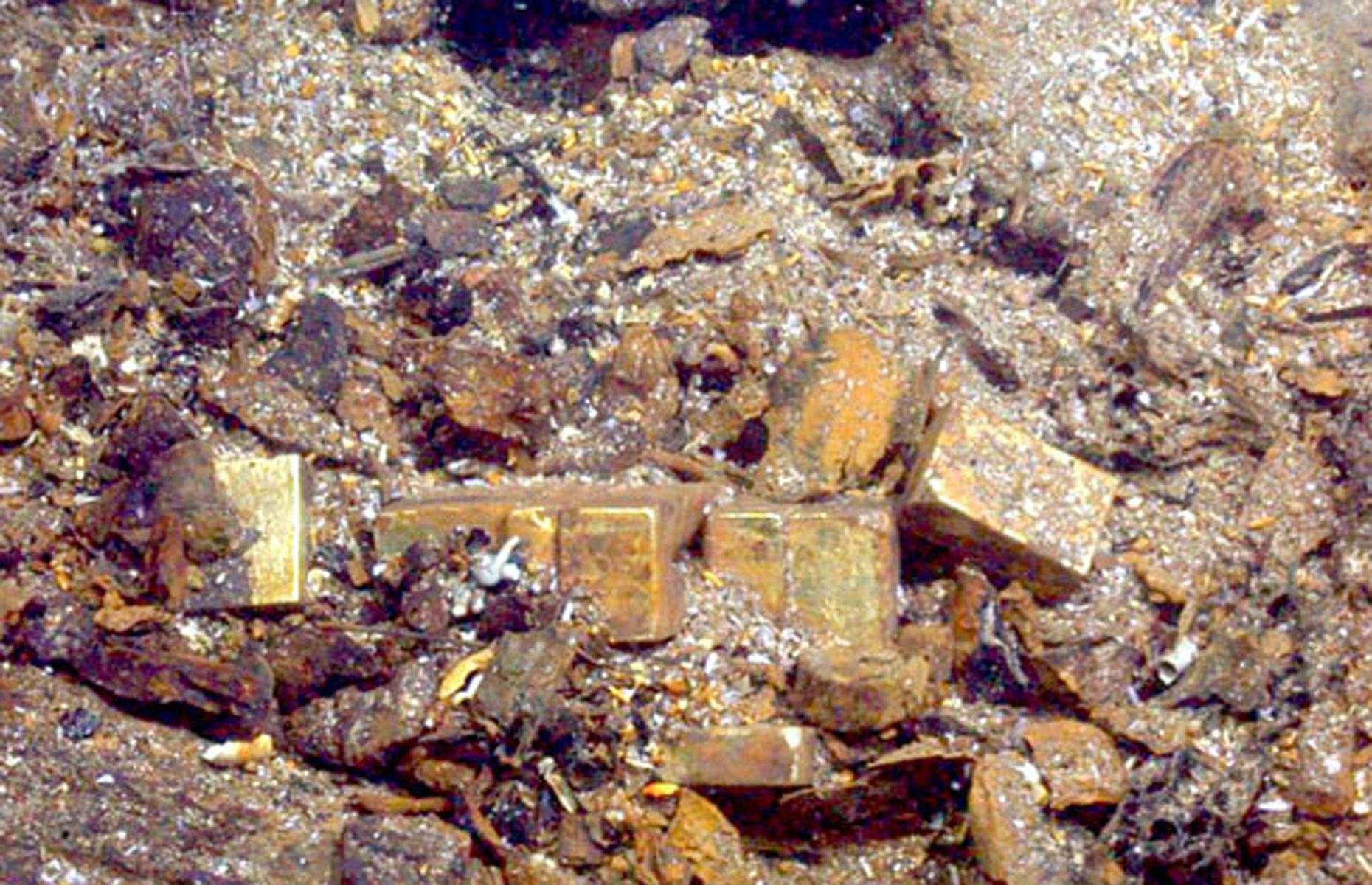 The judge eventually awarded in favour of the Columbus-America Discovery Group, granting the organisation 92% of the gold. By this point, however, Thompson himself had drawn the ire of his investors, who claimed they hadn't received a return on the money they'd put into the operation.
Features 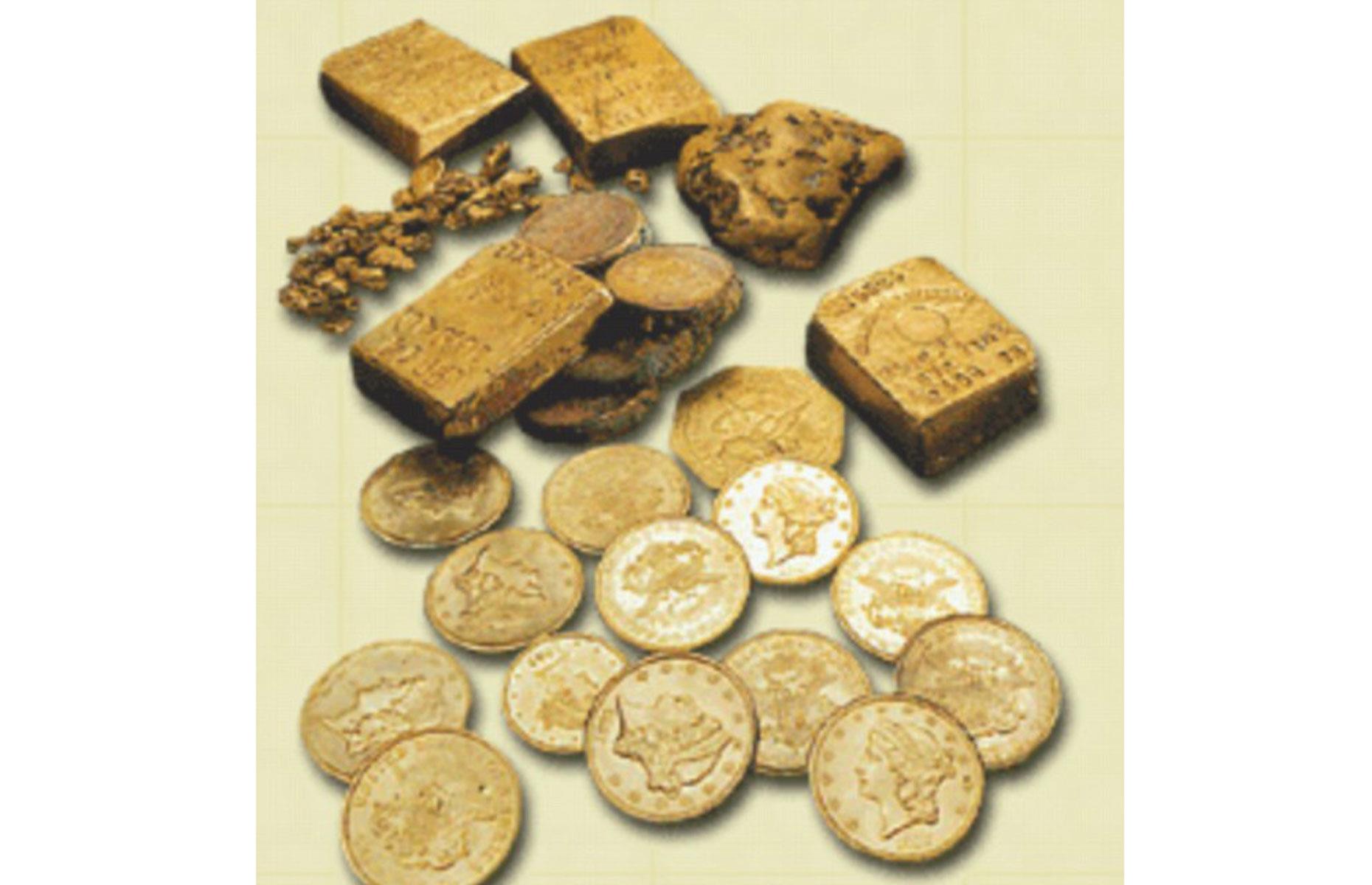 To make matters worse, Thompson sold hundreds of gold bars and thousands of coins to the California Gold Marketing Group in 2000, netting around $50 million. The sale included the world's most valuable gold ingot, worth $8 million. Two of the investors teamed up to sue Thompson in 2005. They were joined a year later by members of the crew, who claimed they'd been cheated out of money too. Instead of facing the music, Thompson fled to Florida and hunkered down.
Features 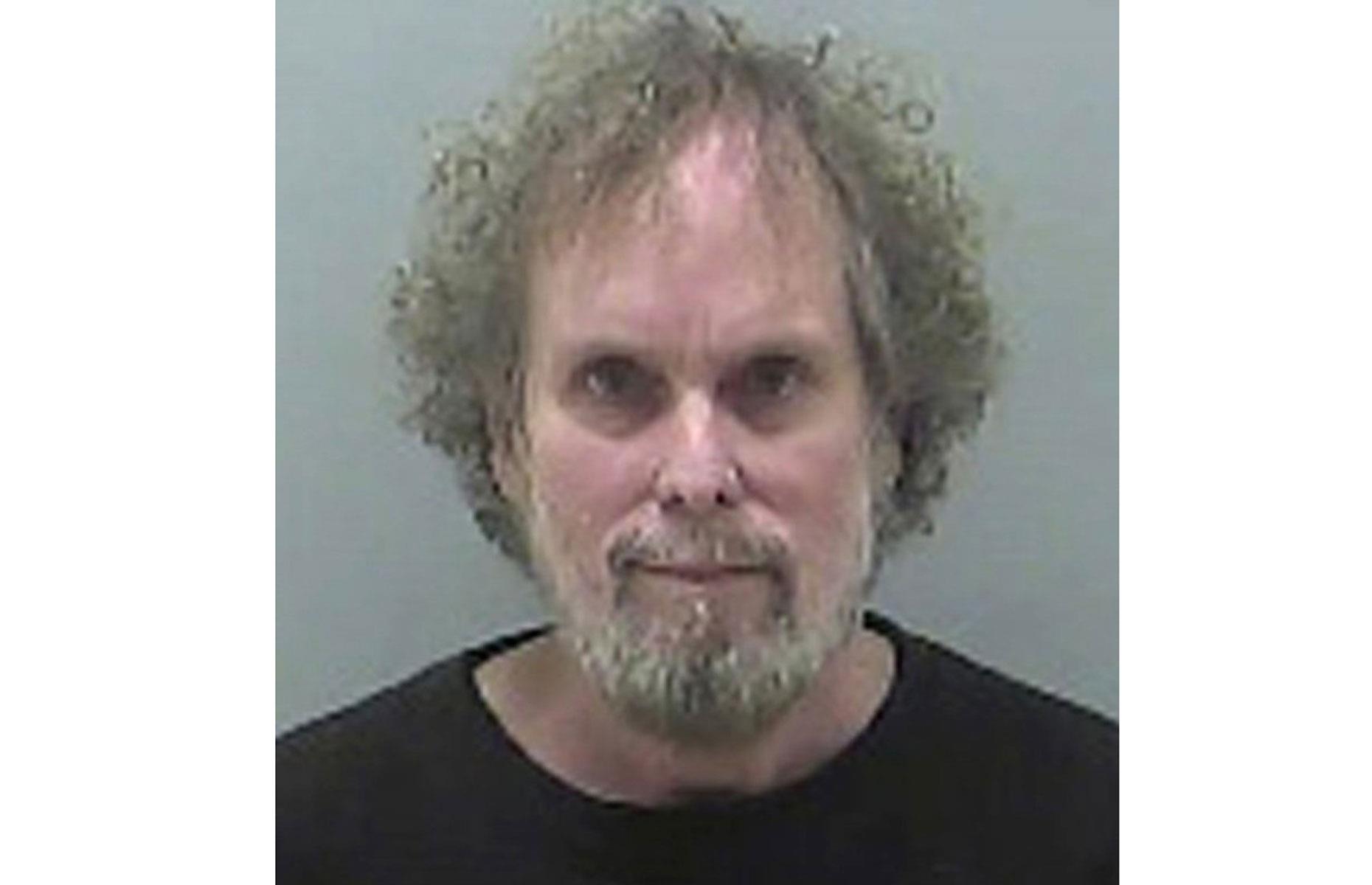 In 2012, a warrant was issued for Thompson's arrest and the treasure hunter, now a wanted fugitive, went on the run with his girlfriend Alison Antekeier. The pair was eventually found hiding in a Boca Raton hotel room in 2015 with $6,500 (£5k) in cash and four mobile phones, and taken into custody. His girlfriend Antekeier revealed that she had transported the 500 gold coins over a period of four years between California and Jacksonville, before Thompson asked her to bring them to a self-storage unit in Fort Lauderdale. She then testified that she handed the coins, contained in four to five briefcases, over to a stranger. 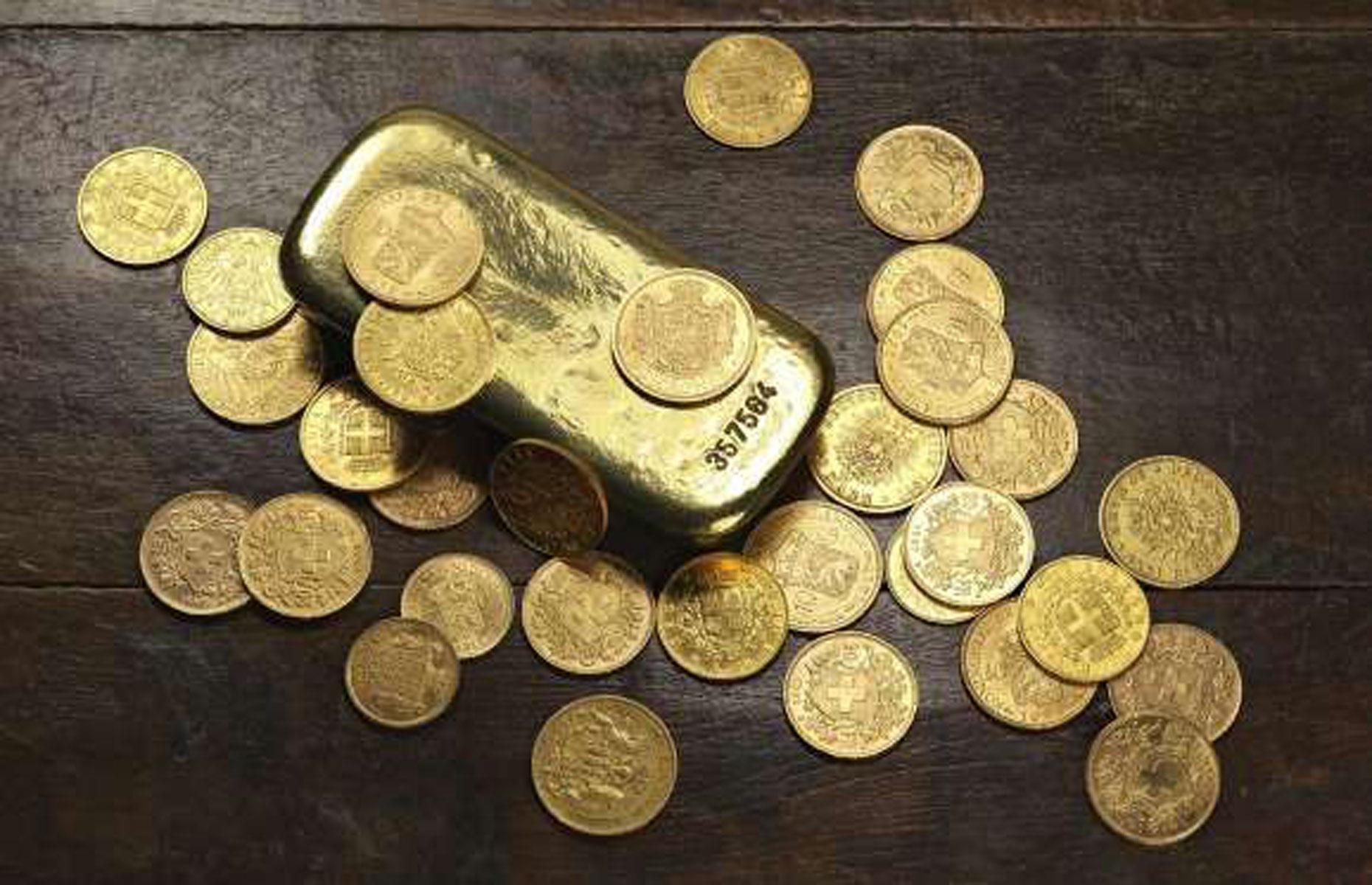 Thompson was extradited to Ohio and brought in front of a judge in 2016. The treasure hunter was questioned about the whereabouts of 500 missing gold coins, not to mention the proceeds of the $50 million sale in 2000. Thompson told the judge the coins were in held in trust in Belize but wouldn't divulge their precise location, and that the $50 million he'd received from the sale in 2000 had been swallowed up by legal fees and outstanding loans that were taken out to finance the salvage operation. 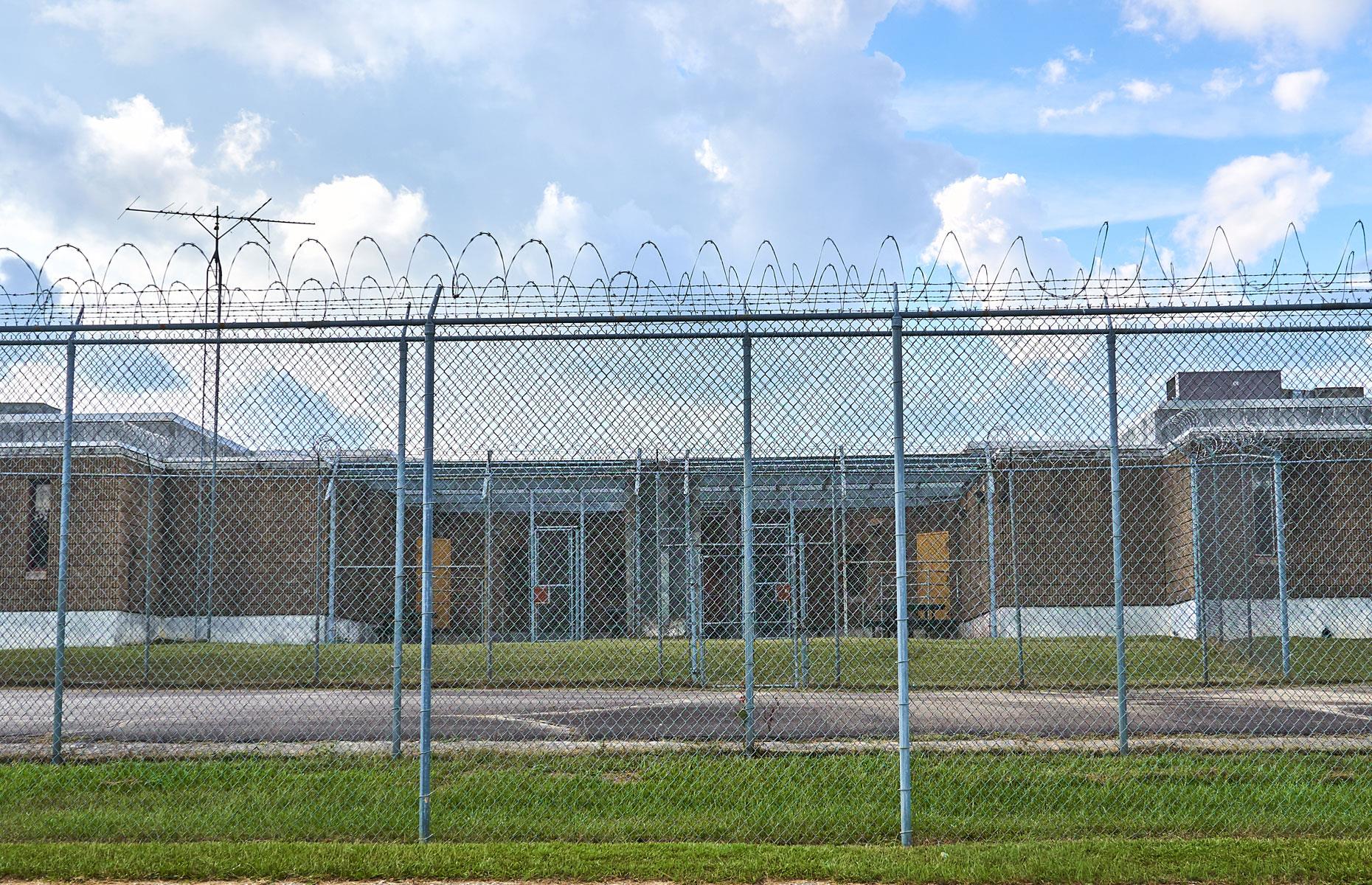 Unimpressed, the judge held Thompson in contempt and the hapless treasure hunter was put behind bars. To add to his woes, Thompson is being fined $1,000 (£809.50) a day until he reveals the whereabouts of the missing booty. This is on top of the initial $250,000 (£195k) fine Thompson received for refusing to reveal the location of the coins.
Features 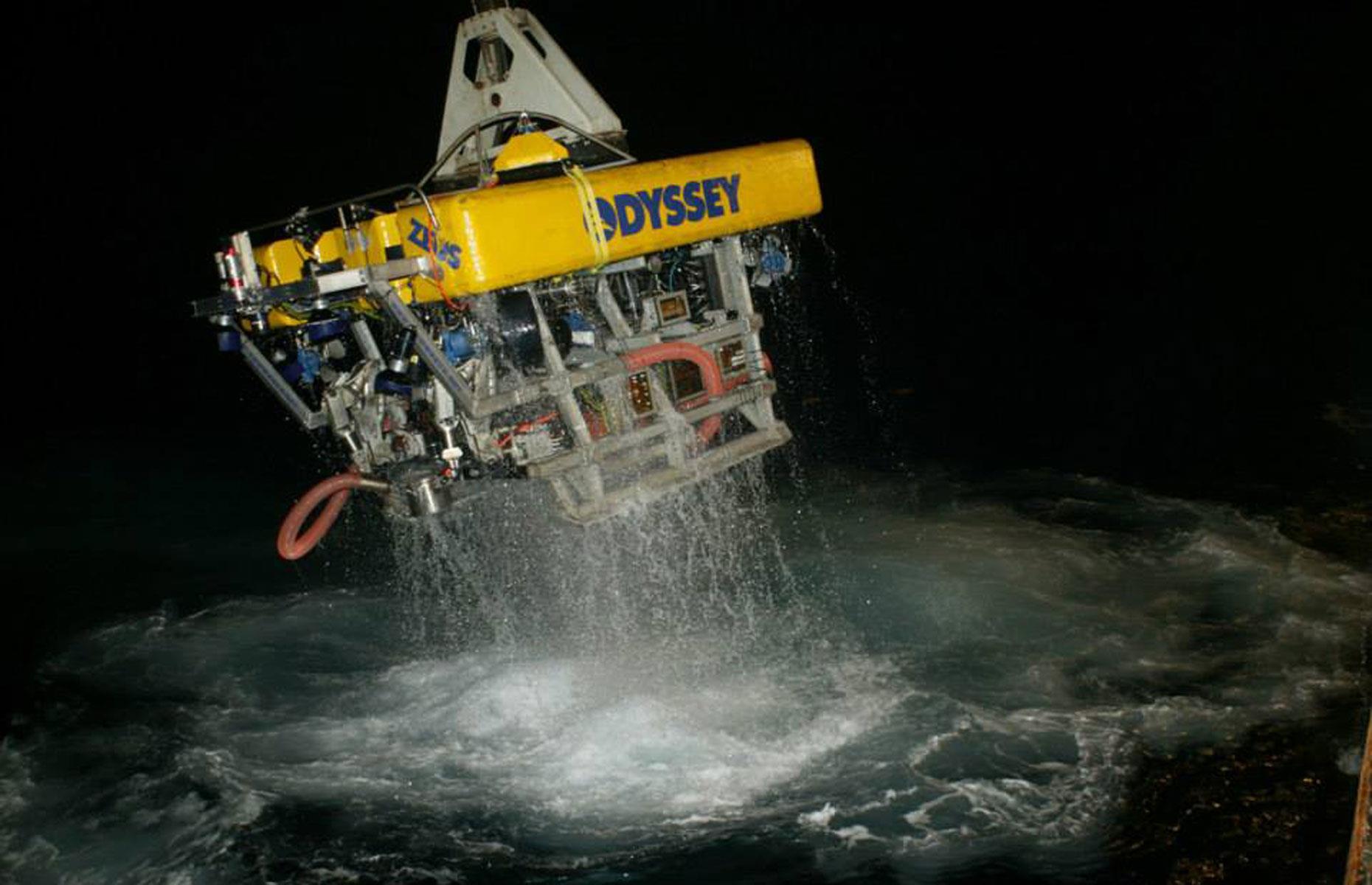 In the meantime, Odyssey Marine Exploration was awarded the contract to salvage the wreck in 2014 and has been busily searching and recovering more treasure from the SS Central America.
Features 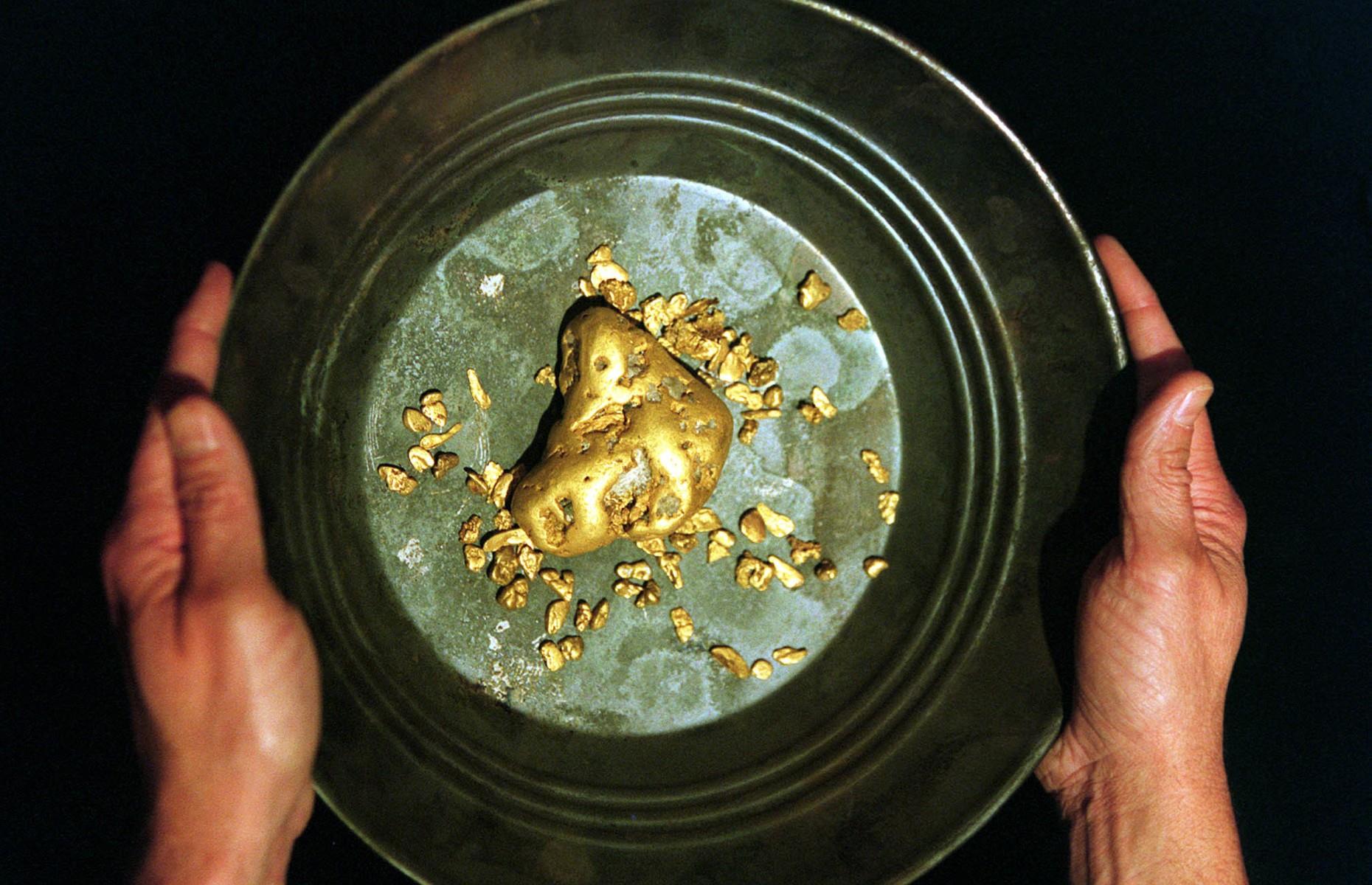 By 2018, the firm had recovered an impressive 16,000 artefacts, including 3,100 gold coins, 45 gold bars, and 80 pounds (36kg) of gold dust. These were sold to California Gold Marketing Group, the company that acquired Thompson's haul in 2000.
Features 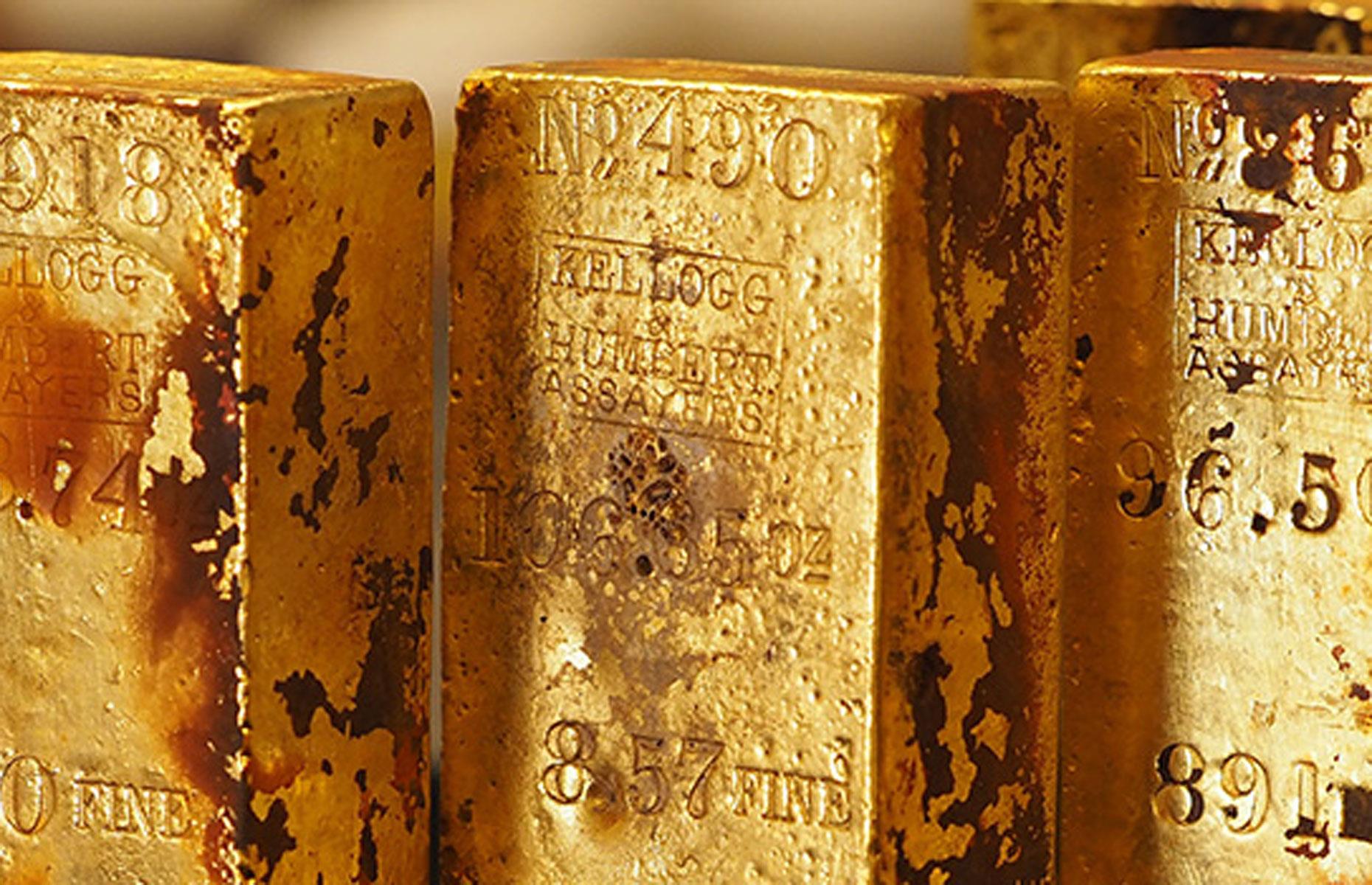 Luckily, this time around the investors did see a return. California Gold Marketing Group paid the original investors, or the estates of those that had died, a total of $30 million (£23.9m) for the treasure.
Features 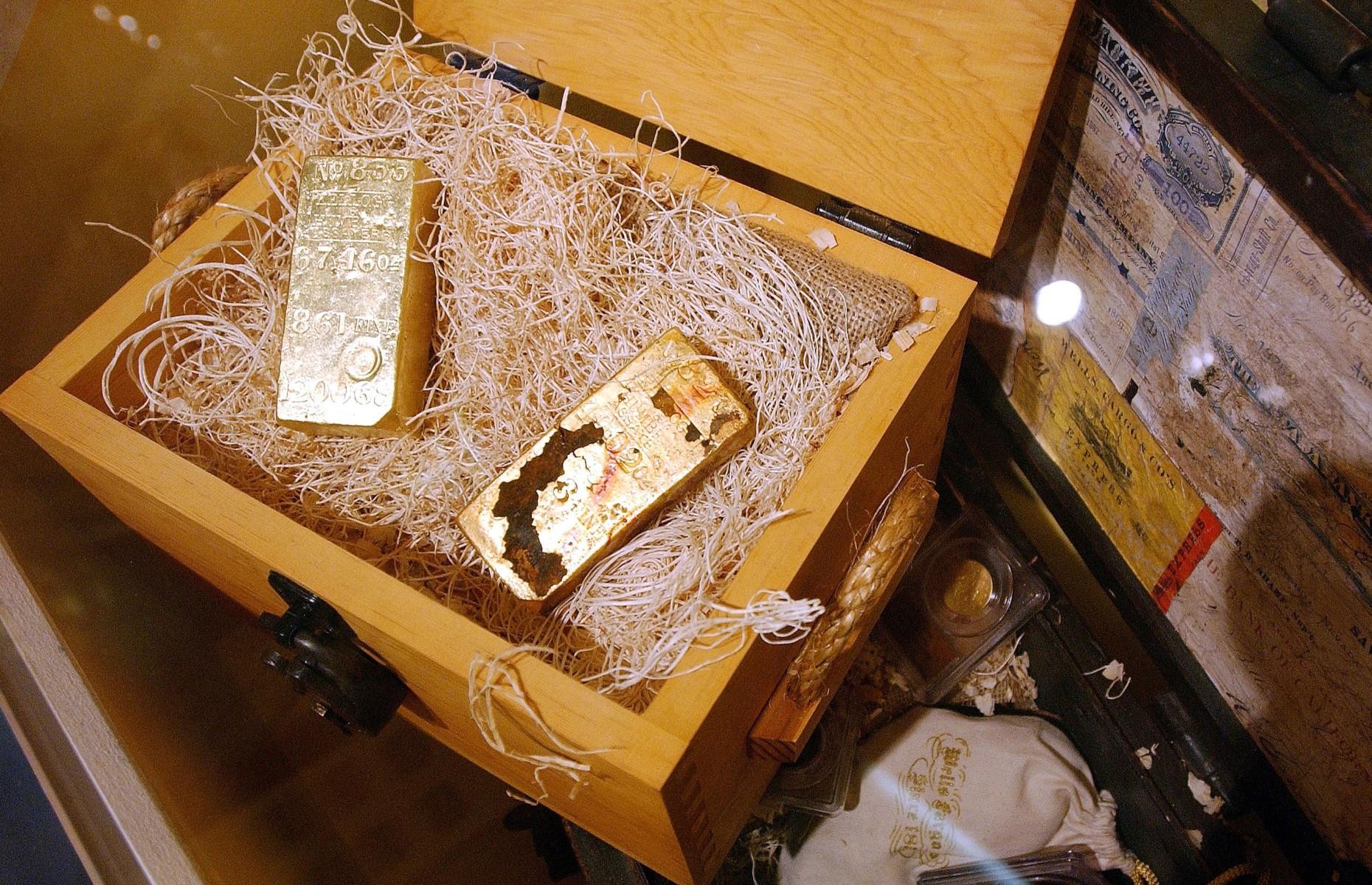 The treasure was exhibited in Long Beach in February 2018 before going under the hammer, with proceeds from the sale expected to top $50 million (£39.8m). Nearly all of the 3,129 gold coins were snapped up by buyers before the year was out.
Features 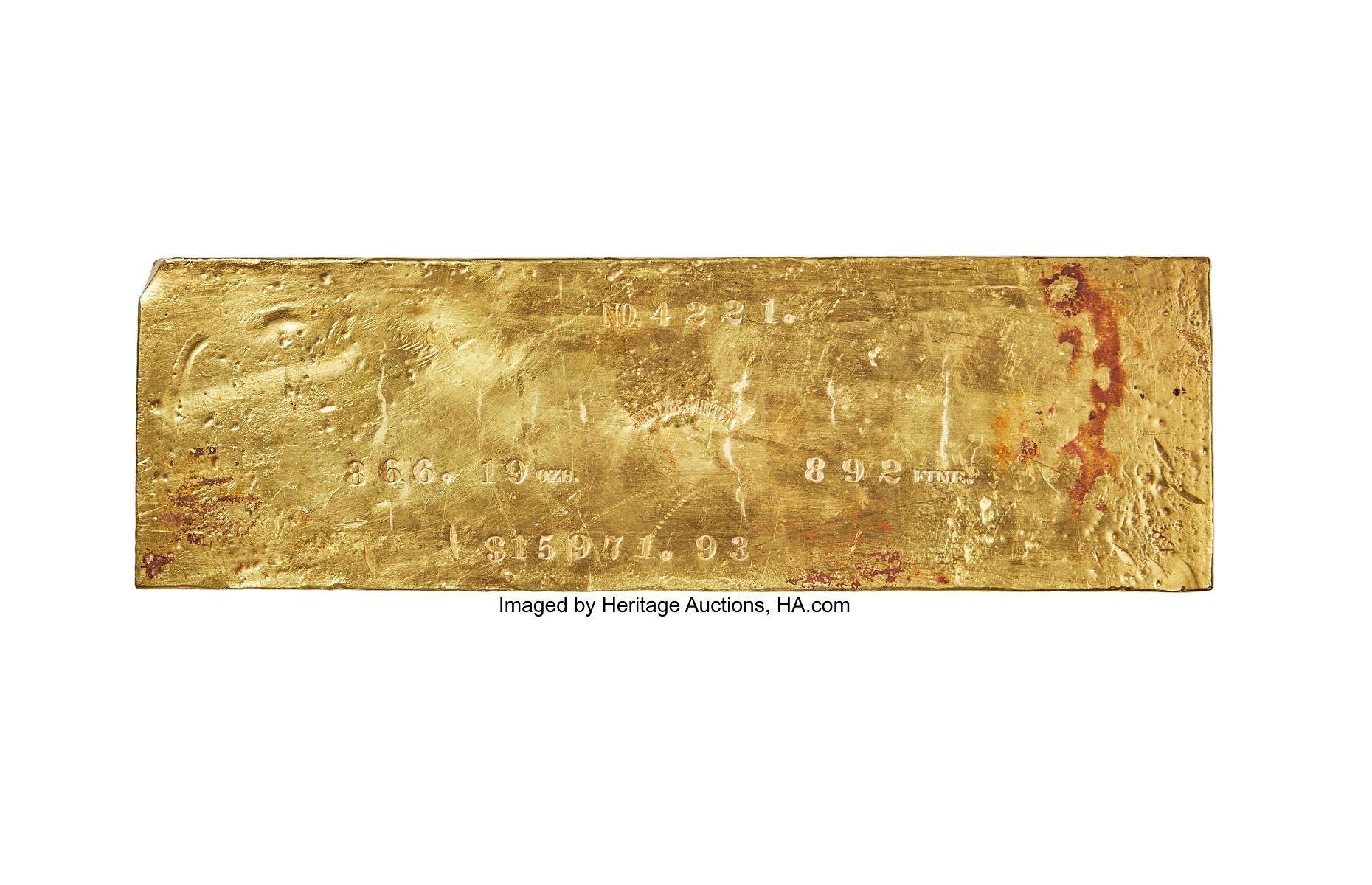 Gold salvaged from the shipwreck continues to fetch high prices at auction today. The most recent of the ship's precious metal finds to have sold was an 866.19-ounce Justh & Hunter ingot (pictured), which went for $2.16 million (£1.75m) through Heritage Auctions on 14 January this year. It's the largest SS Central America ingot that's ever been offered at auction.
Features 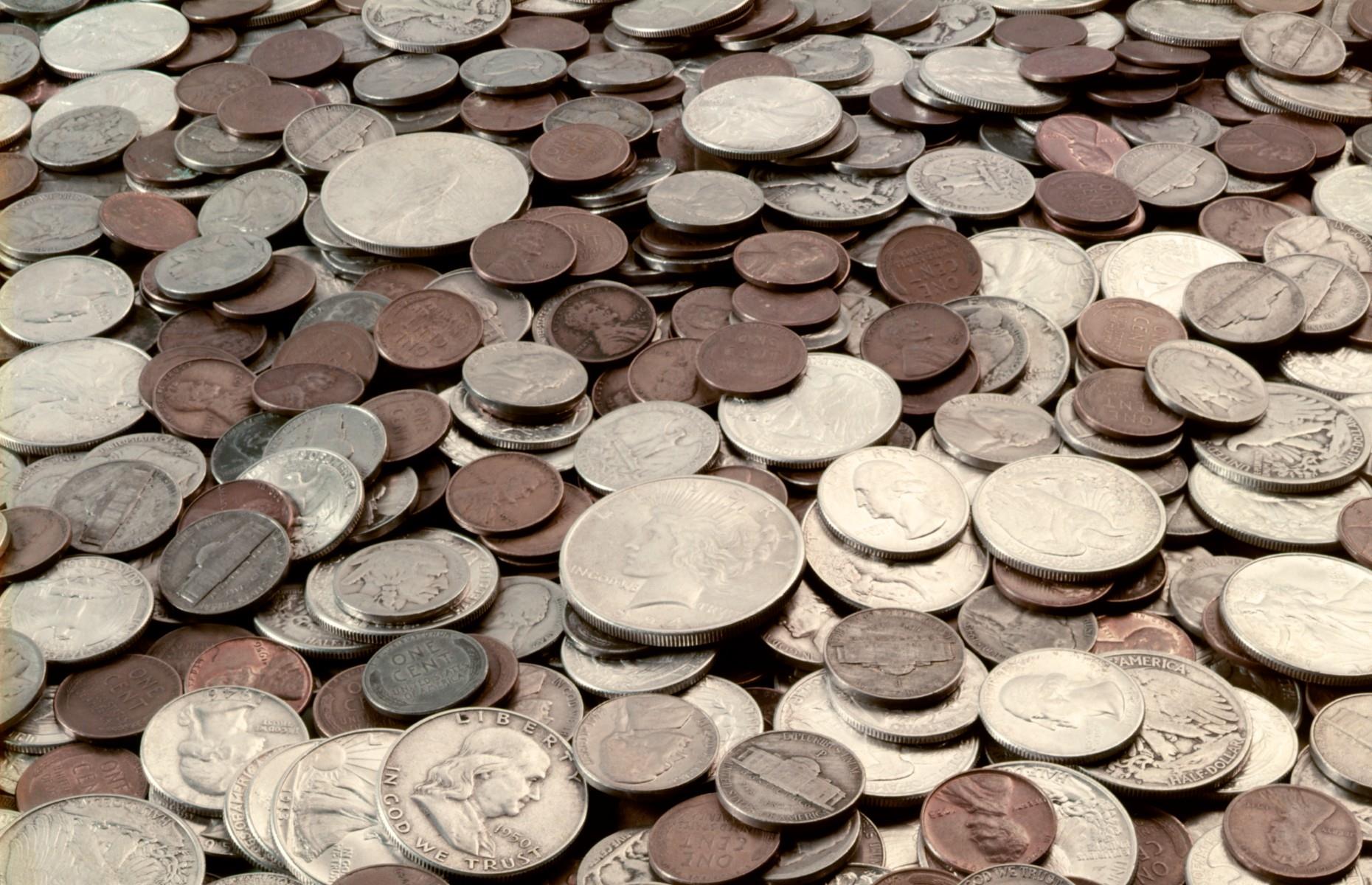 Not all that glitters is gold

Most of the buzz around the SS Central America was based on its gold contents, but some of its impressive silver wares have emerged too. Silver dimes found ranged in date from 1796 to 1857 and 99.9% of them were bought up by Kenny Duncan Sr. from U.S. Coins in Houston, according to the California Gold Marketing Group. The coins started to make their way onto the market in 2019... 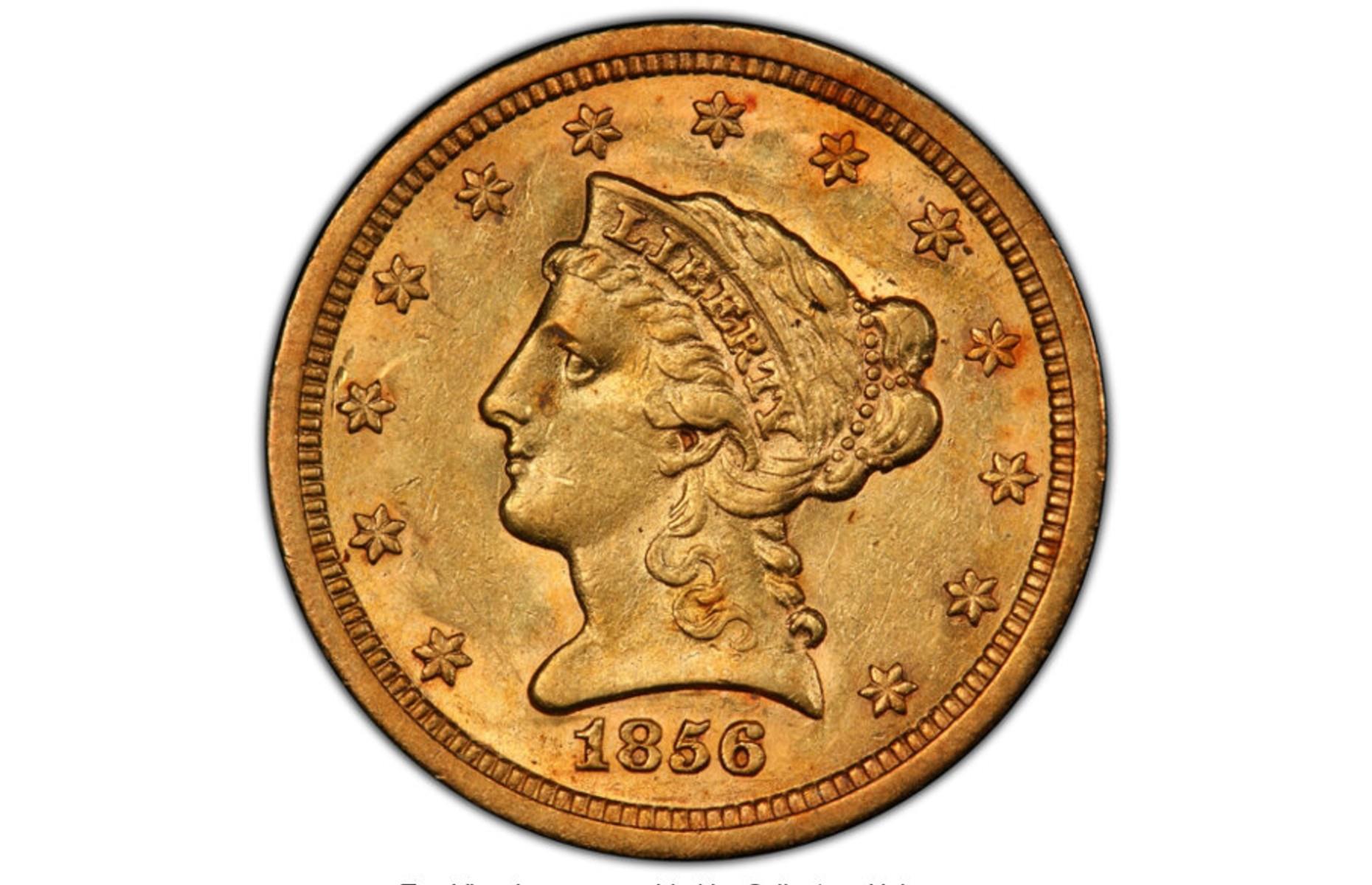 In December 2019, nine particularly rare coins of the same age as the coin pictured were confirmed to have been found among the wreck. Only 38 examples of these 1856-S quarter dollars were known to exist before these were discovered. They are identifiable through the large ‘s’ over a smaller ‘s’ mint mark. Most of the coins were found among a pouch of 503 silver dollars, in just one small part of this trove of treasures, and the rarest of the dimes found so far is thought to be worth up to an incredible $75,000 (£58.5k). 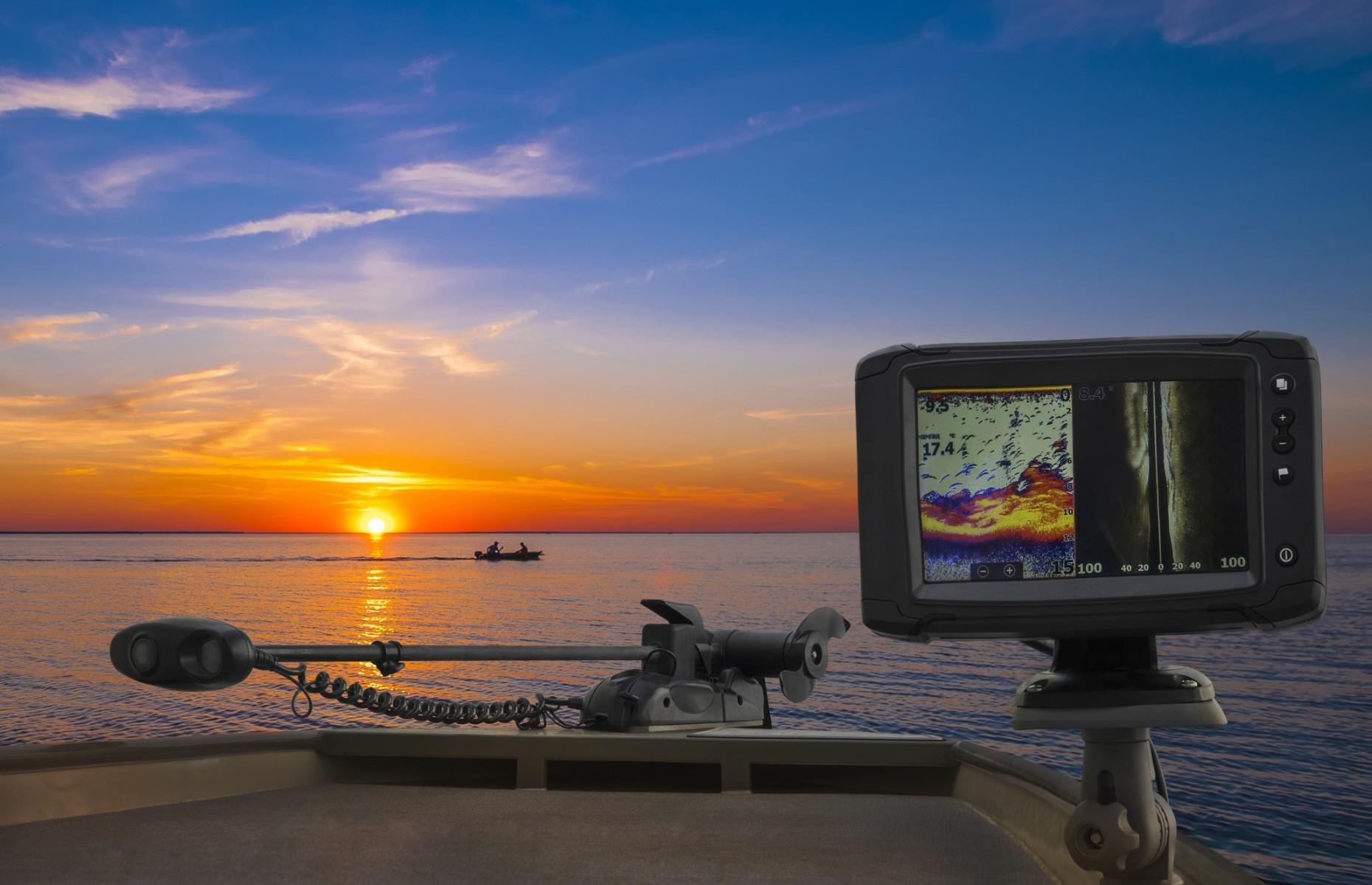 In February 2019, members of the original treasure hunting group from Seattle finally got their share of the booty. Engineers, technicians, and owners of the sonar equipment made up the 13 people who helped to find the gold at sea, and after spending $522,000 in legal fees, the group was given $678,000 (£529k) between them to compensate for the work they undertook some 30 years ago.
Features

Odyssey Marine Exploration still holds the contract to salvage the wreck and is in the process of developing new technology to home in on the remaining gold, which could have a value in the hundreds of millions of dollars. In 2020, like many businesses the company fell into financial difficulty and received a Paycheck Protection Program loan of $370,400 (£289k) throught the Coronavirus Aid, Relief and Economic Security (CARES) Act. In fact, the business was almost delisted from the Nasdaq stock index market as its value had fallen below $35 million (£27m). The deep ocean exploration business has made a comeback, however, and hopes to continue its excavation work both in mineral projects and across its various shipwrecks… 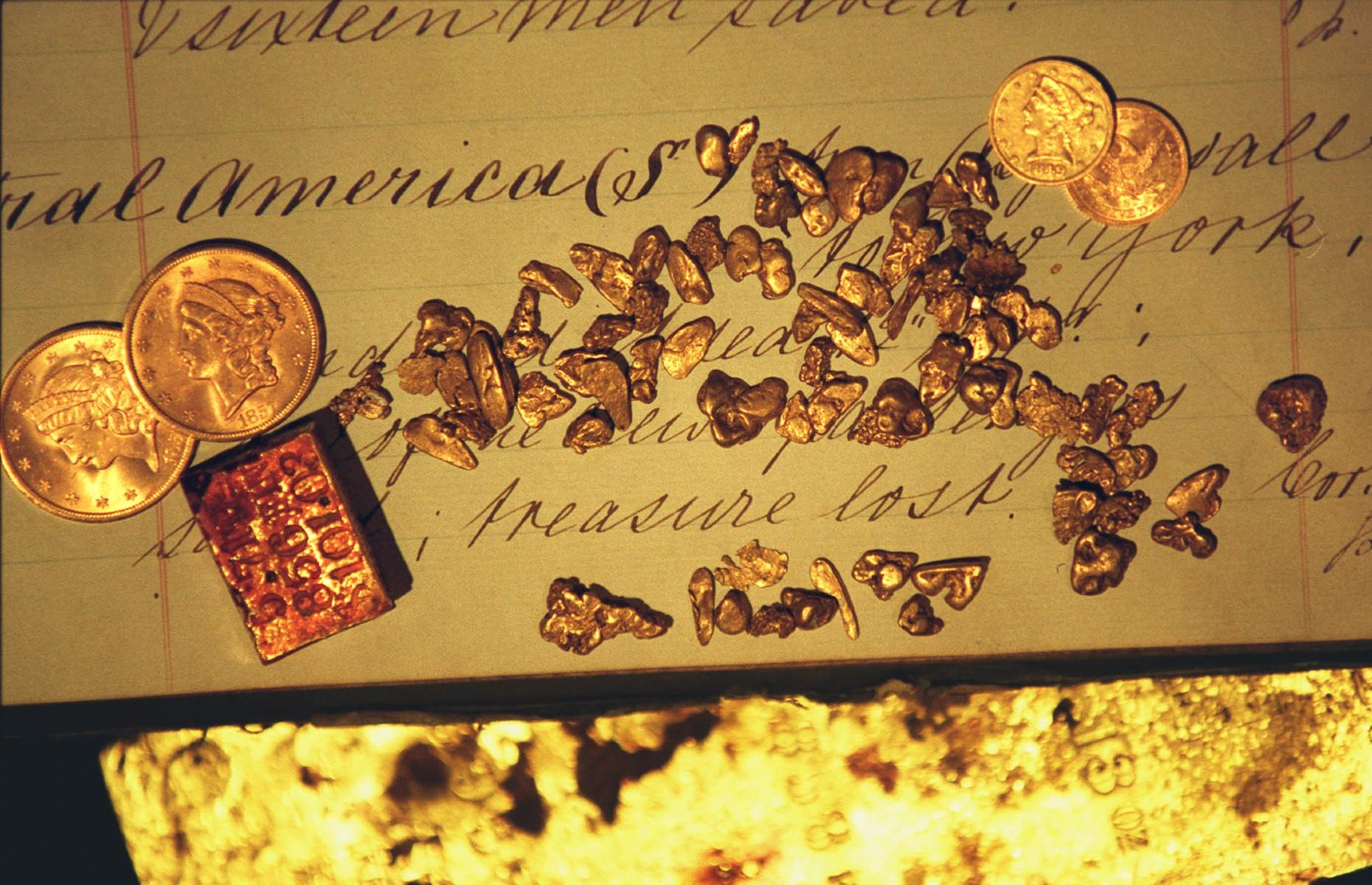 Where is the gold today?

As for the now 70-year old Tommy Gregory Thompson, the judge has ordered that he remains in prison until he reveals the whereabouts of the lost gold coins. Thompson said that he couldn’t actually give away any information as he didn’t have it – the gold was supposedly still in a trust that he didn’t manage. Testimonies made by Thompson's now ex-girlfriend Alison Antekeier also failed to fill in the gaps completely, leaving the greatest lost treasure in US history still shrouded in mystery.

The Mona Lisa of the Deep

But for the first time ever, hundreds of 'new' pieces recovered from the SS Central America have gone on display, with the items embarking on a US tour beginning in Grass Valley, California. The artefacts on show include this photograph of an unknown woman recovered from the wreck, which has been dubbed 'the Mona Lisa of the Deep'. After stopping off in Nevada, Colorado, Illinois, Connecticut, and New York, the pieces will be auctioned off later this year. Whether the remaining items from the SS Central America will ever be found remains to be seen...