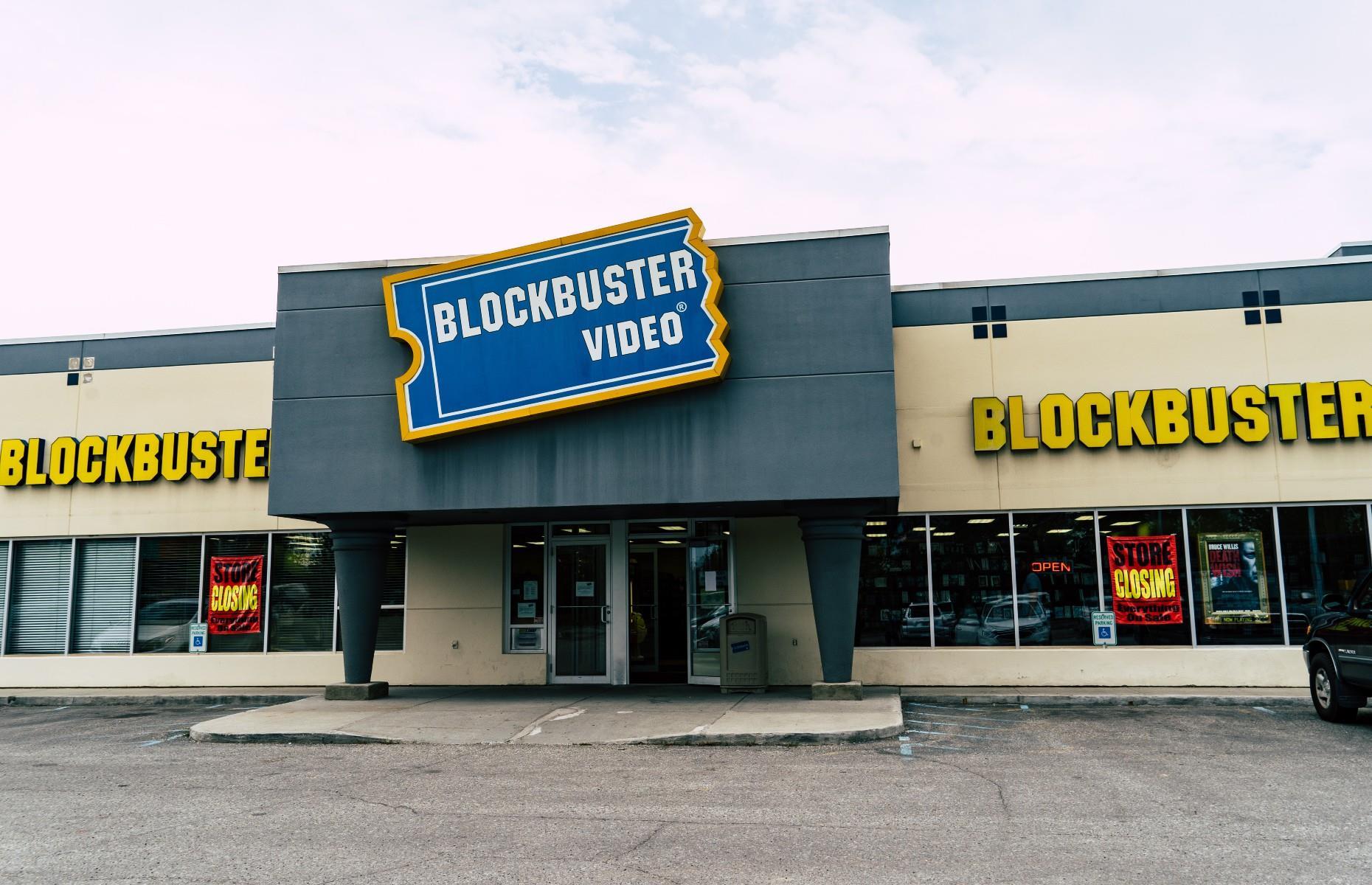 If you’re lucky, life will put an incredible opportunity in front of you. Unfortunately, that opportunity isn't always obvious at the time. Click or scroll through the people and companies who passed up the chance to invest in the next big thing.
Features
1 of Shutterstock
List View Gallery View Full screen

The British Government and the light bulb

In 1873, Thomas Edison was turning heads with a new-fangled invention, the light bulb. A British Government committee said it was “okay for our transatlantic friends…but unworthy of the attention of practical or scientific men.” Little did the committee know that practical and scientific men – and in fact the rest of the world – would become dependent on lightbulbs in the following century.
Features 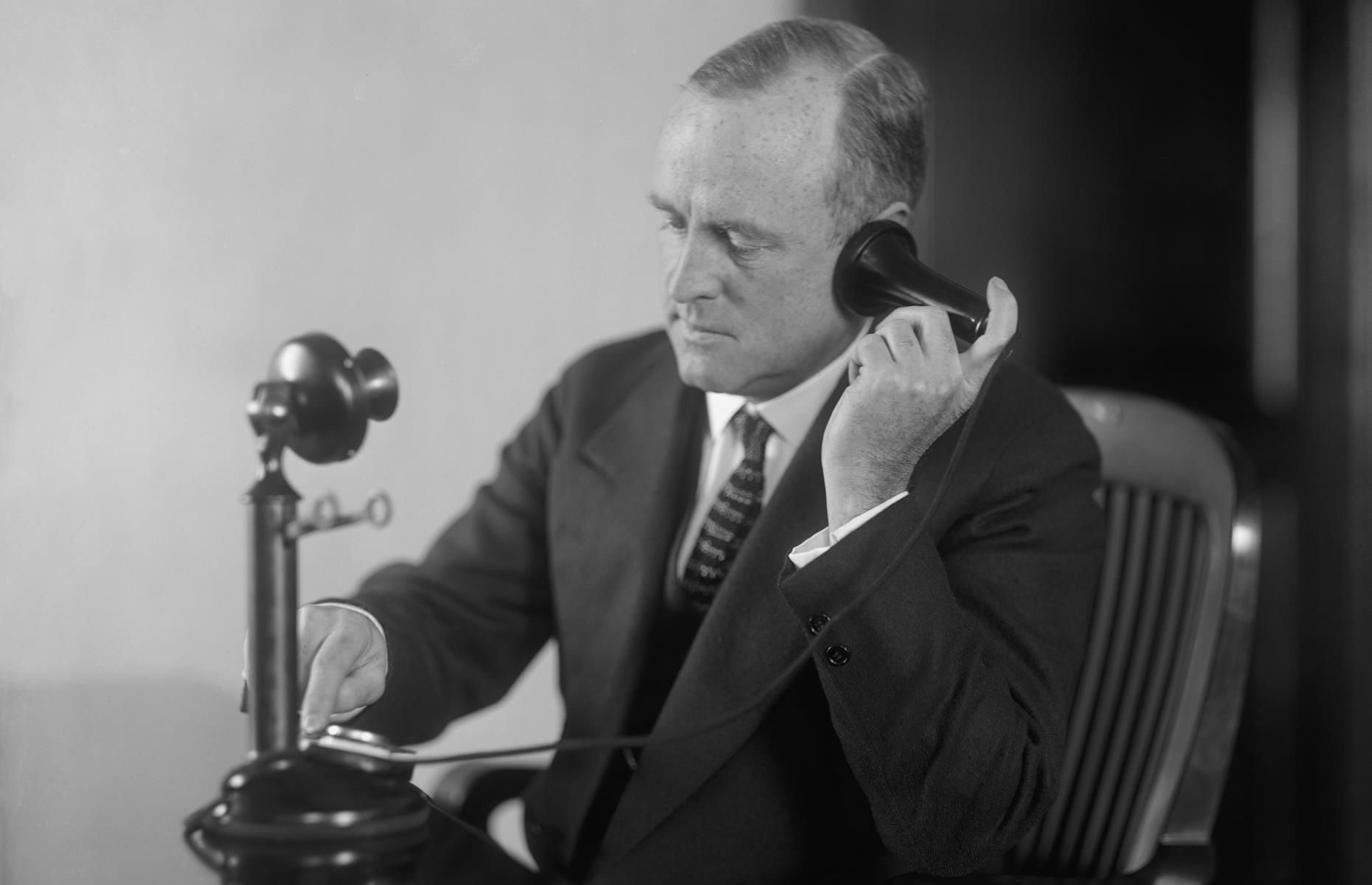 Western Union and the telephone

In 1876, Alexander Graham Bell had sent speech down a gadget he called the telephone. Now he wanted to commercialise it and offered the patent to Western Union for $100,000 – the equivalent of $2.4 million (£1.8m) today. He told them he wanted to install telephones in every city in America. They said no and described the device as "idiotic”. In 2014, the world reached a point where there are more active mobile phone devices than people on the planet, according to GSMA Intelligence. “Idiotic” devices indeed... 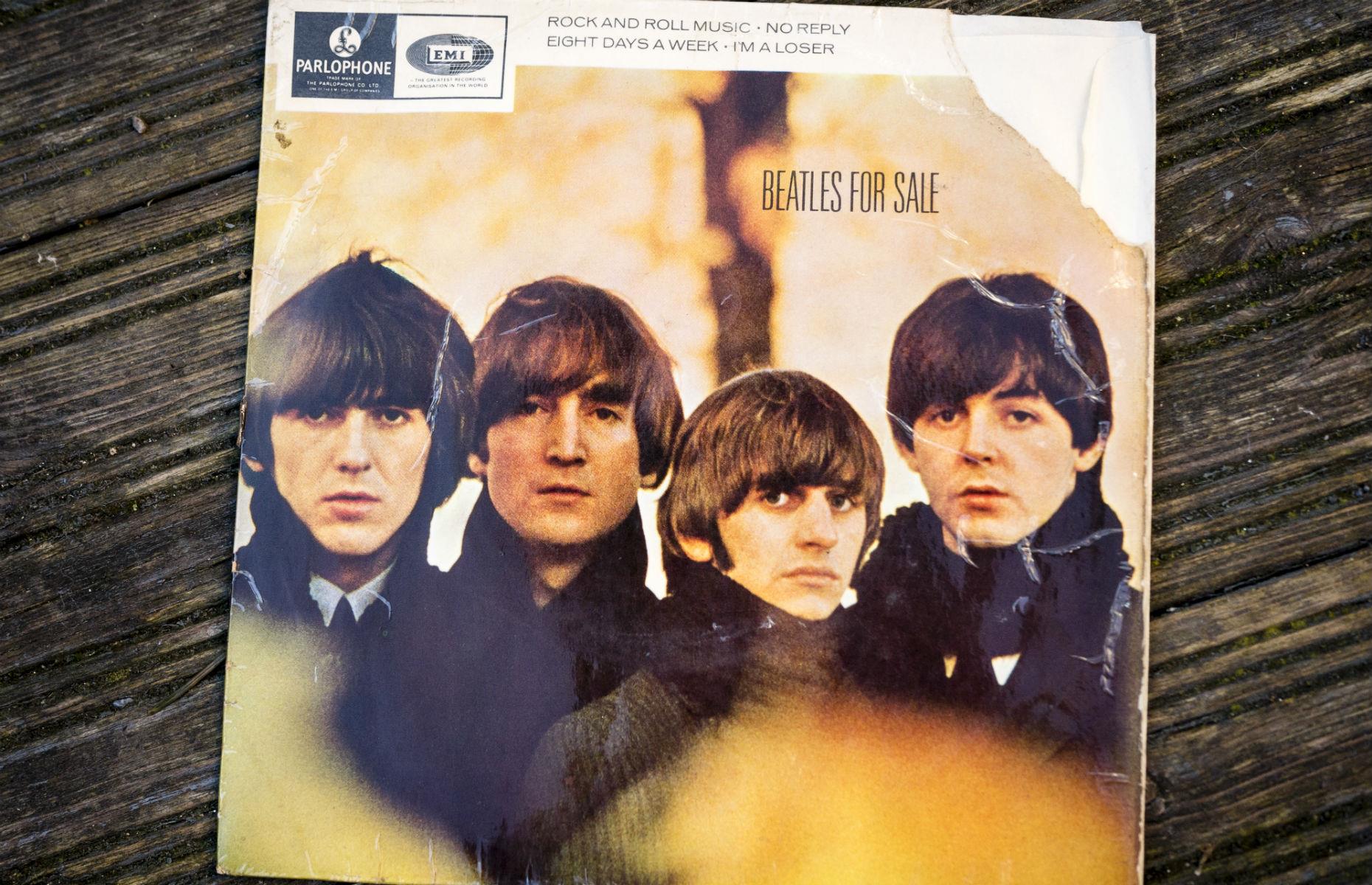 Decca Records and the Beatles

In its heyday, Decca was one of the biggest names in the record industry. On 1 January 1962 a group of aspiring musicians from Liverpool auditioned, but Decca wasn’t impressed. Guitar bands had had their day, they thought, and this bunch of scruffy misfits weren’t going to change that anytime soon. They couldn’t even spell the word ‘beetle’. That group was of course the Beatles and they went on to conquer the world of music and Decca’s loss was good news for the much smaller record label EMI, who gave the soon-to-be Fab Four a chance, and sat back and watched the money roll in.

Kodak and the digital camera

Poor Kodak. Once the king of camera film, and then digital arrived. It must be particularly galling given that it was its own invention. Back in 1975 one of Kodak's engineers, Steven Sasson, developed an early concept for the digital camera. He told his employers, assuming they would be delighted. They weren't. Kodak saw it as a threat to its main business of making traditional film, so it suppressed the technology and hoped it would never see the light of day. Unfortunately, it did and the rise of digital meant the company only narrowly escaped bankruptcy. 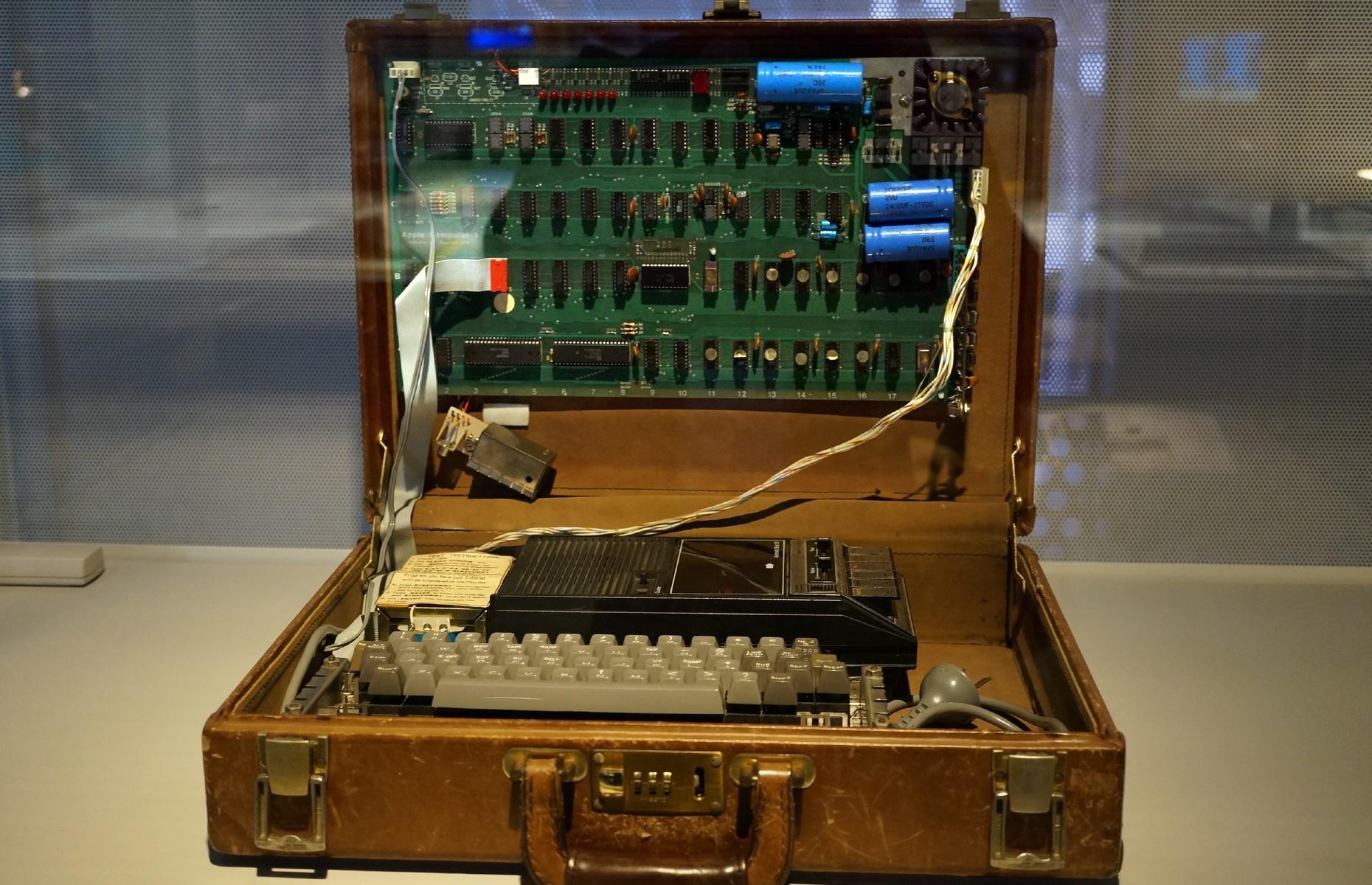 Hewlett-Packard and the computer

Back in the 1970s, Steve Wozniak was working for Hewlett-Packard. He tried to get the company interested in a new personal computer he was building. But it rejected the idea and said people would never use computers in the home. Instead, he and his friend Steve Jobs went off into their garage and built it themselves. The result was the Apple 1.
Features 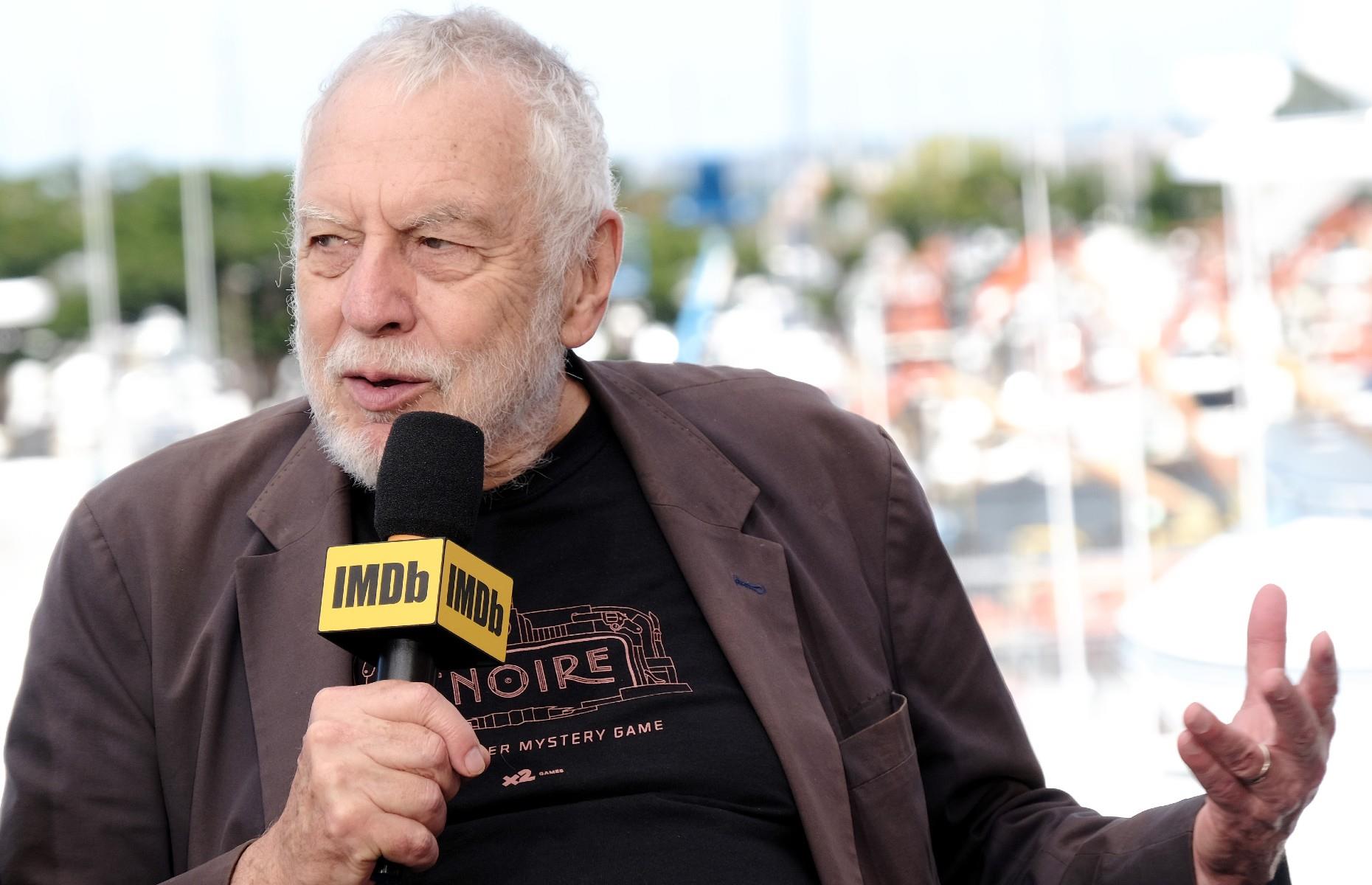 Nolan Bushnell was Steve Jobs' first boss when he designed games at Atari. Naturally, Jobs approached him for capital when he launched his new business Apple Computers. Jobs offered Bushnell a third of the company for $50,000 in the 1970s, which is the equivalent of $242,000 (£183k) in today’s money. Bushnell turned him down and missed the chance to join the ranks of the world's super-rich. He doesn’t regret the decision however, telling ABC in 2015: “I’ve got a wonderful family, I’ve got a great wife, my life is wonderful. I’m not sure that if I had have been uber, uber, uber rich that I’d have had all of that.” 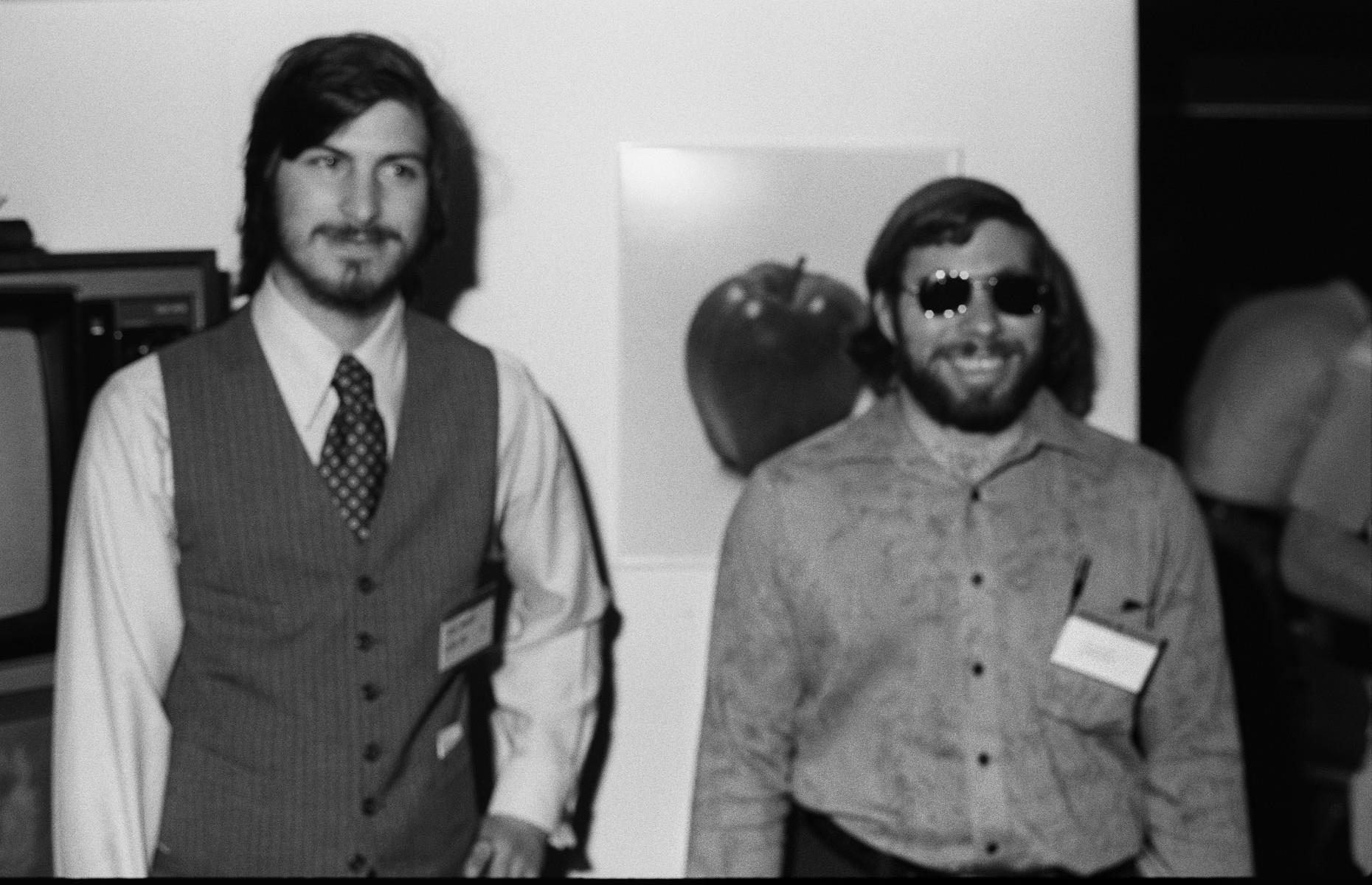 Yet another person who bailed on Apple during its early days is Ronald Wayne, who was the lesser known third co-founder of the tech giant. In 1976, Wayne drew up the agreements allocating roles to himself, Jobs and Wozniak (pictured) and also created Apple’s first logo. As the oldest and most financially secure of the three, Wayne became concerned that any business debts would fall on him, and sold his 10% stake in the company just 12 days into his role for a meagre $800, the equivalent of $3,660 (£2.8k) today. Apple’s value has since grown to more than $2 trillion (£1.5tn), so if Wayne had kept his share it would be worth $201 billion (£152bn) today. 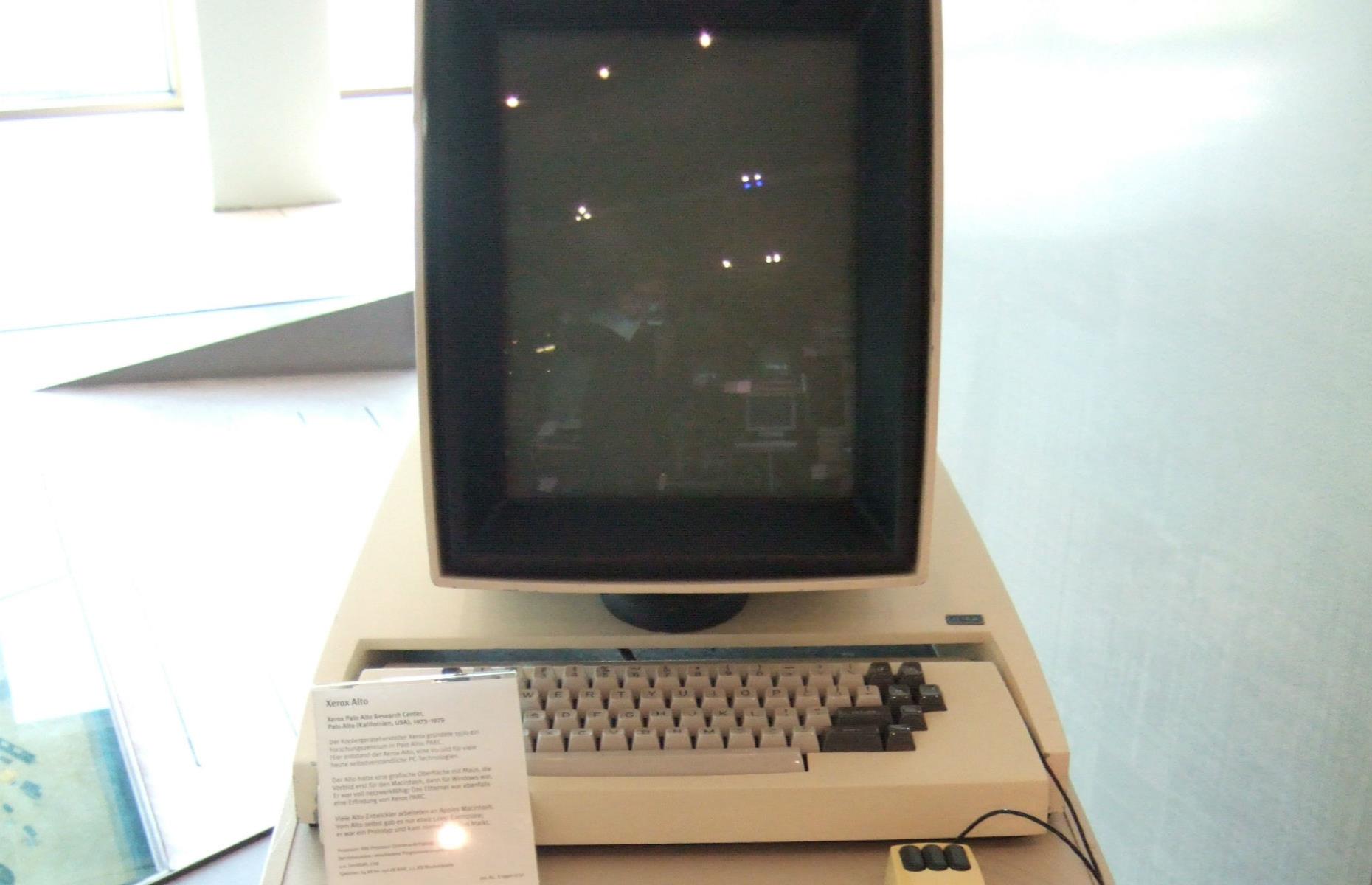 Xerox and the PC

Before Microsoft and Apple's Mac, there was the Alto – a PC developed by Xerox that had everything you’d expect from a PC: a mouse, ethernet networking and a what-you-see-is-what-you-get text content system. However, there was no PC market at the time, so it didn’t know what to do with it. Legend has it Steve Jobs visited Xerox, saw the Alto and put many of the features into the Mac.
Features 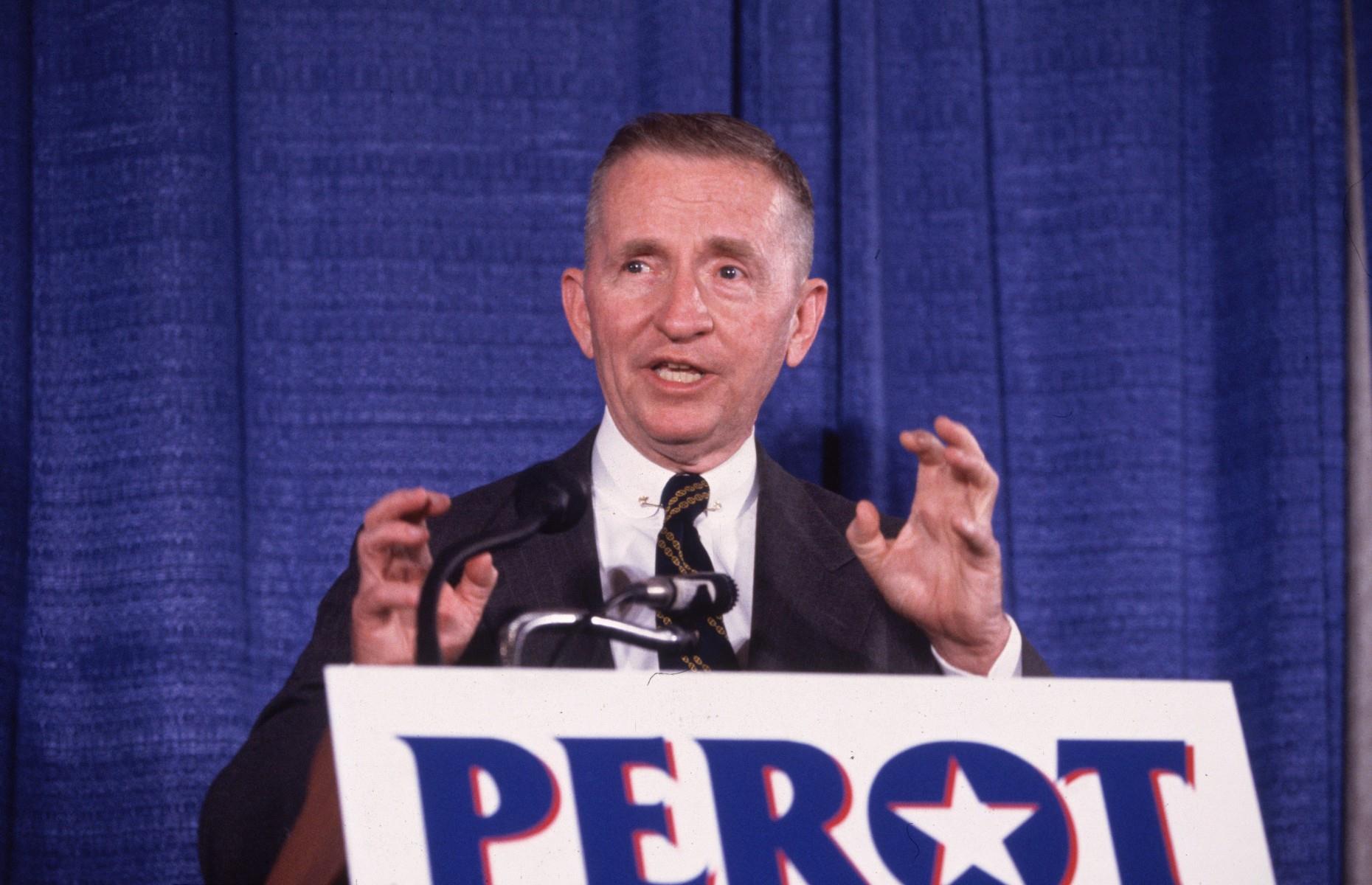 Ross Perot once ran for president, but he was also a successful entrepreneur with Electronic Data Systems. In 1979 he stumbled upon Microsoft. A young Bill Gates didn’t want to sell up but was willing to offer a majority shareholding for $60 million, the equivalent of $215 million (£162m) in today’s money. Perot thought it was too much but Gates stuck to his guns, and the opportunity disappeared into the cloud(s).
Features 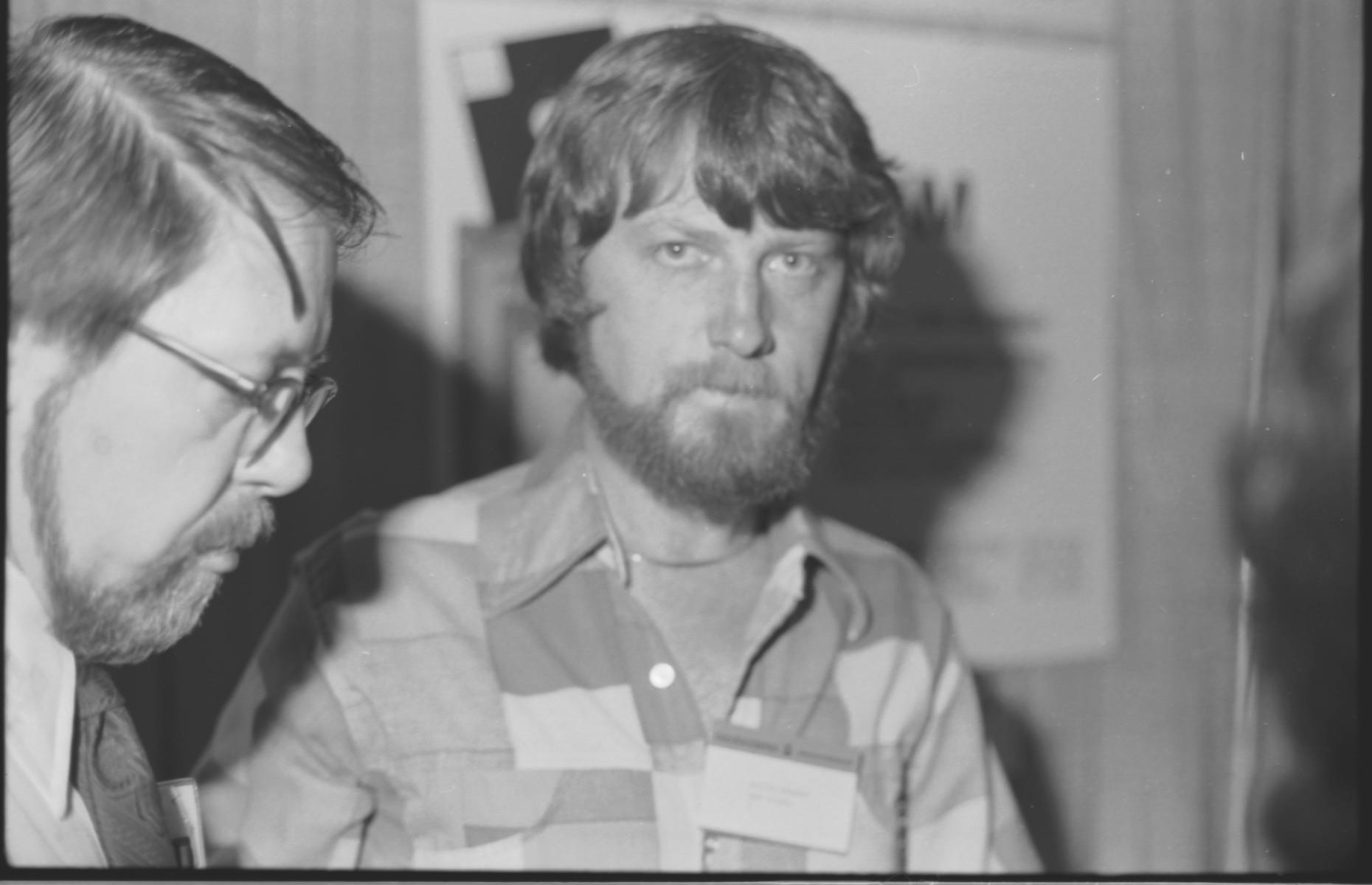 Bill Gates almost missed his biggest opportunity though. When IBM came to him for an operating system for its computers in the 1980s, he pointed them instead to Digital Research, run by a man named Gary Kildall (pictured). Kildall reportedly wanted more than the flat fee of $200,000 IBM was offering him – $623,000 (£469k) in today’s money – while Microsoft was prepared to licence its operating system for $50,000 (the equivalent of $158,000/£119k today). The pivotal partnership between IBM and Microsoft flourished from there. 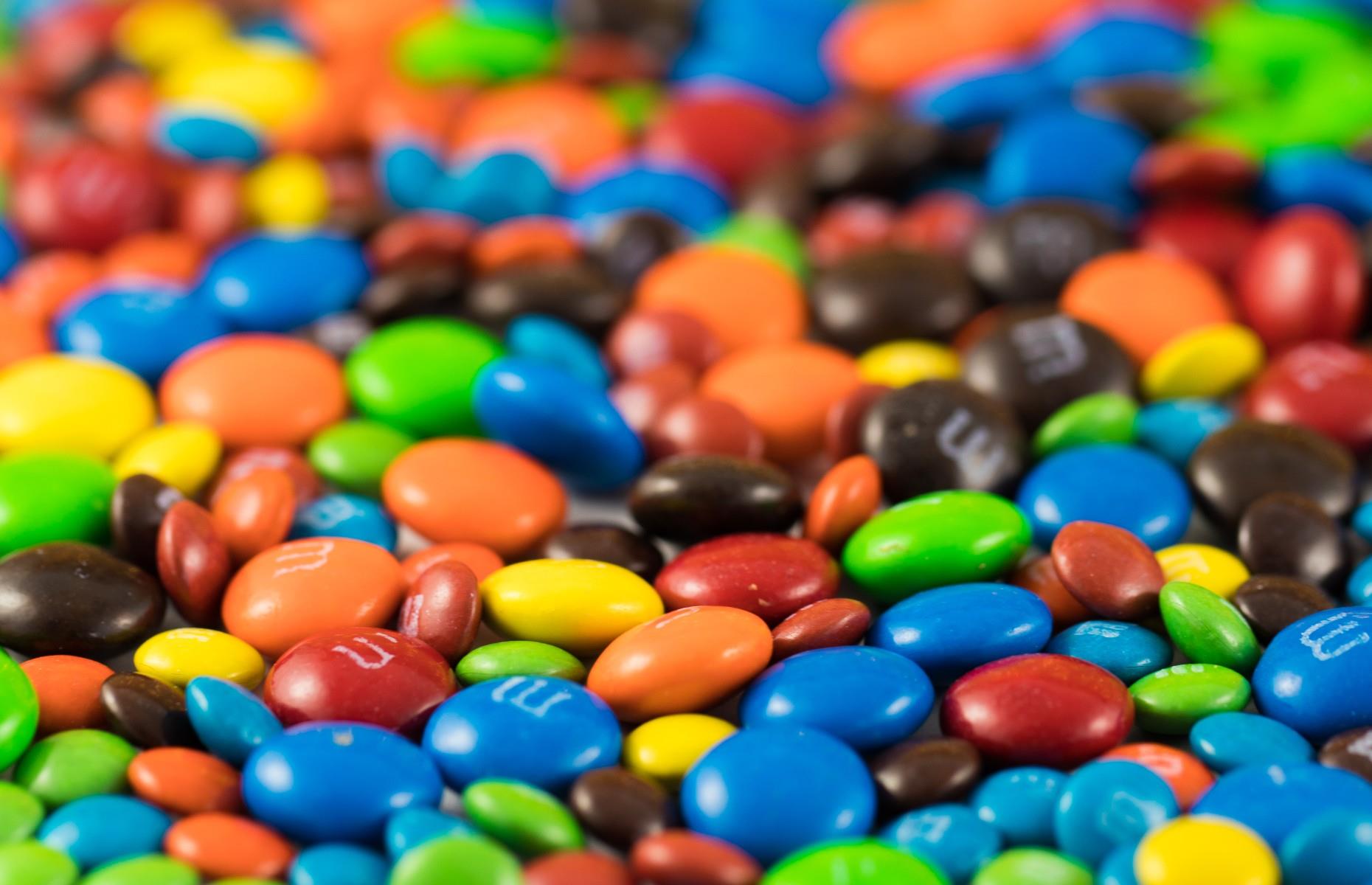 In the 1980s, film director Steven Spielberg was looking for chocolate to feature in his upcoming movie E.T. so he very aptly went for Mars and the company’s M&Ms. Mars declined the product placement offer and Hershey’s Reese’s Pieces got the role instead. Hershey’s agreed to spend $1 million – the equivalent of $2.7 million (£2m) in today’s money – for the promotion on the condition that the company could use E.T. in its own marketing. The deal was a huge success, and Reese’s Pieces reportedly saw a 65% jump in profits two weeks after the movie premiered in 1982.

Today the Harry Potter franchise is worth £9.1 billion (£6.8bn), according to Business Insider, but J.K. Rowling had all sorts of trouble getting published. The first agent she approached said no almost immediately. The second took it on but passed Potter around 12 publishers before Bloomsbury decided to take a gamble. It was the best decision the company ever made, and Rowling is now the world’s highest-paid author.

In 1999 Excite was one of the stars of the dotcom boom. Sadly it was all about to come crashing down, but it might have avoided its fate had it bought a scrappy start-up run by a couple of students from Stanford called Google. Unfortunately CEO George Bell thought a $1 million price tag was too much, and passed – even when they reduced the price to $750,000. Google went on to conquer the world and Excite, well, didn't. In 2001, it filed for bankruptcy. 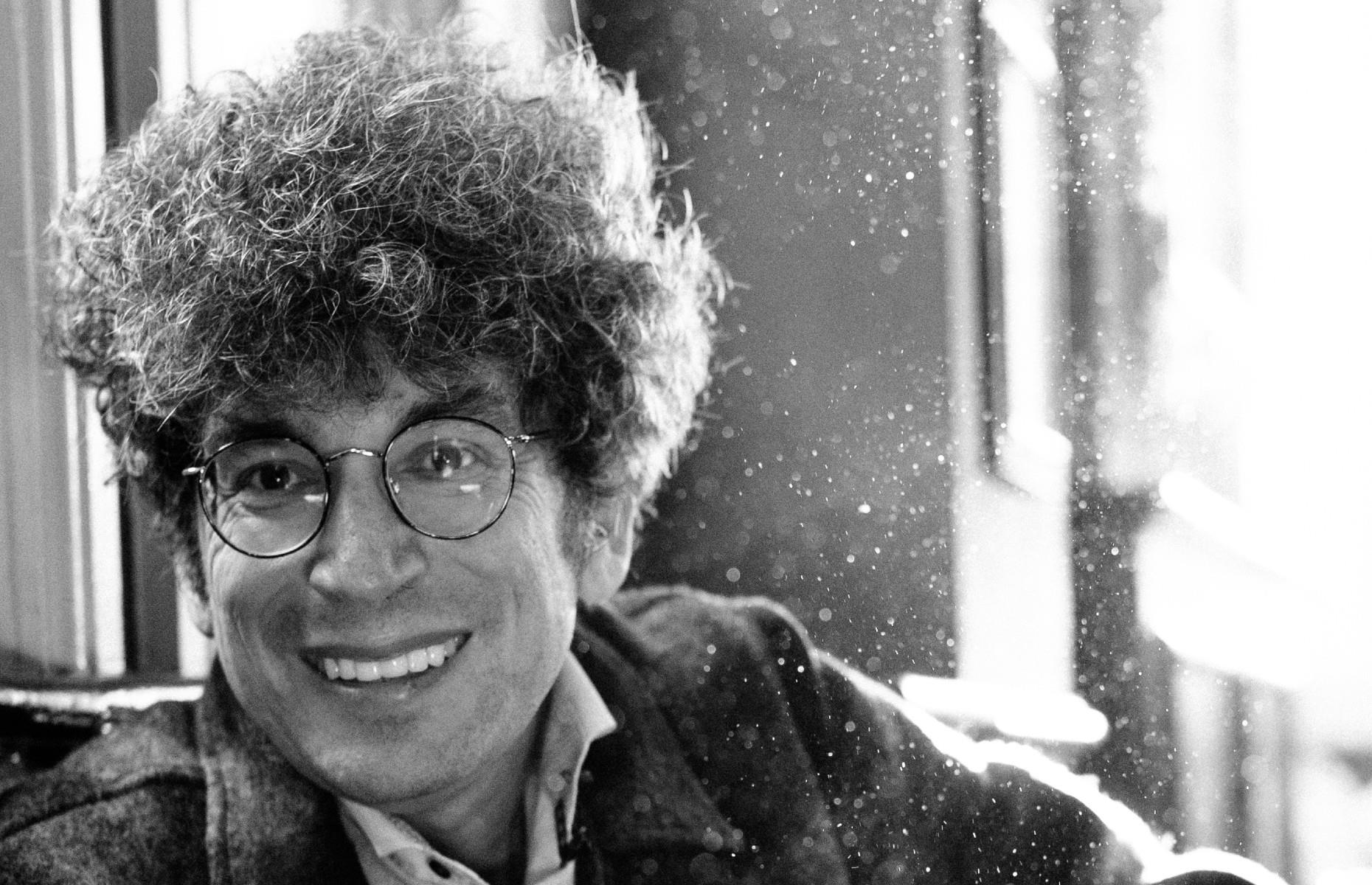 Excite’s bankruptcy was the main reason that venture capitalist James Altucher refused to invest in Google in its early days. In the early noughties, Altucher could have bought 20% of the company for $1 million, the equivalent of $1.5 million (£1.1m) today, but he turned down the offer saying: “Search engines? Aren’t they all dead?” He described funding Google as an opportunity that was “too small”. Little did he know that search engines were about to go big, and none more so than Google. 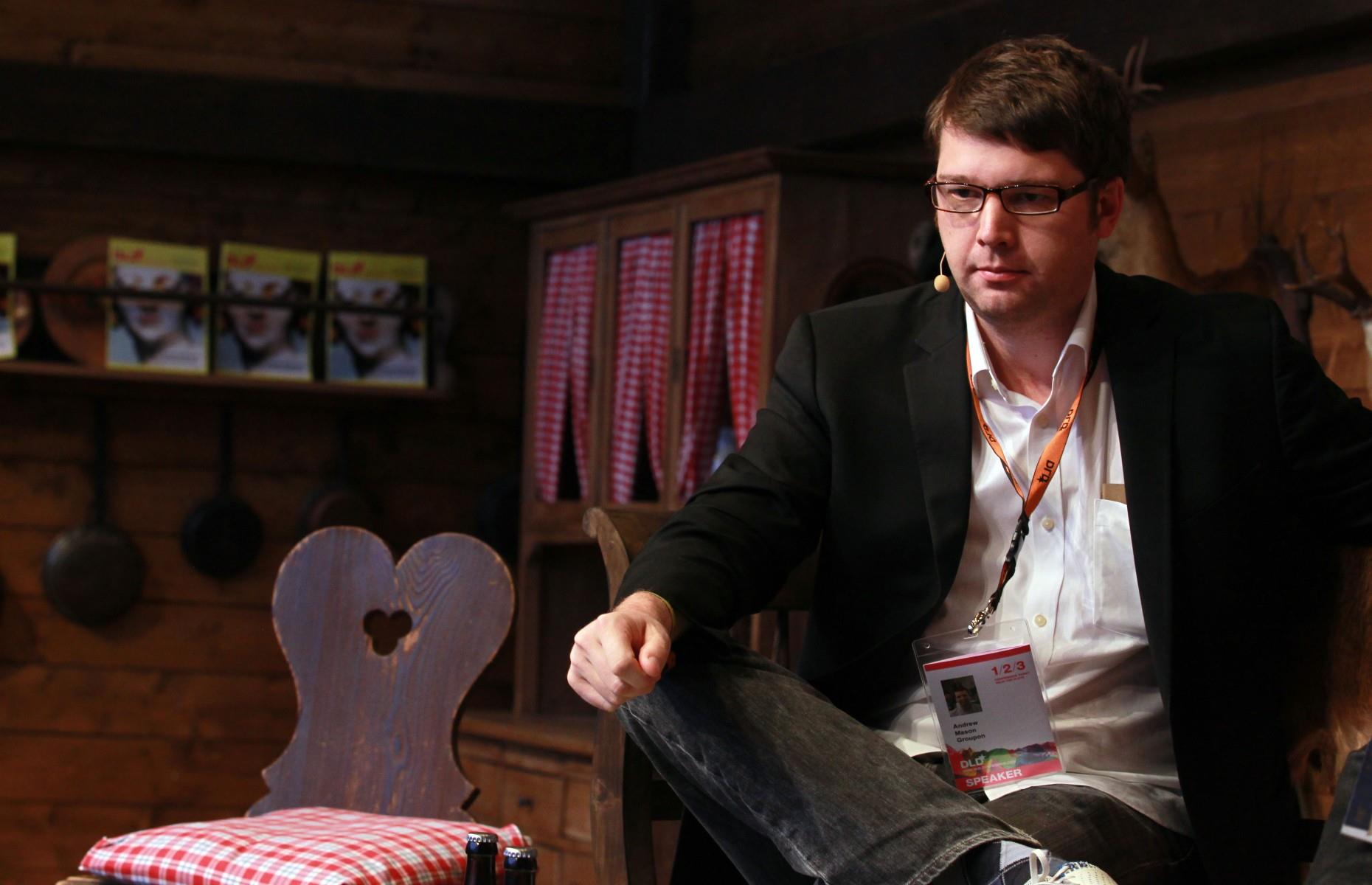 Once Google had made its billions, it started snapping up other smaller companies. In 2010, Google offered to buy Groupon for $6 billion, the equivalent of $7.1 billion (£5.3bn) today, but then-CEO Andrew Mason rejected the offer and decided to take the company public instead. The initial public offering raised $700 million (£527m) and the company even reached a valuation of $12 billion (£9bn), but that quickly plummeted when earnings turned out to be less than expected. Mason was fired in 2013, and the company is now valued at $880.8 million (£660m) as of 30 November. 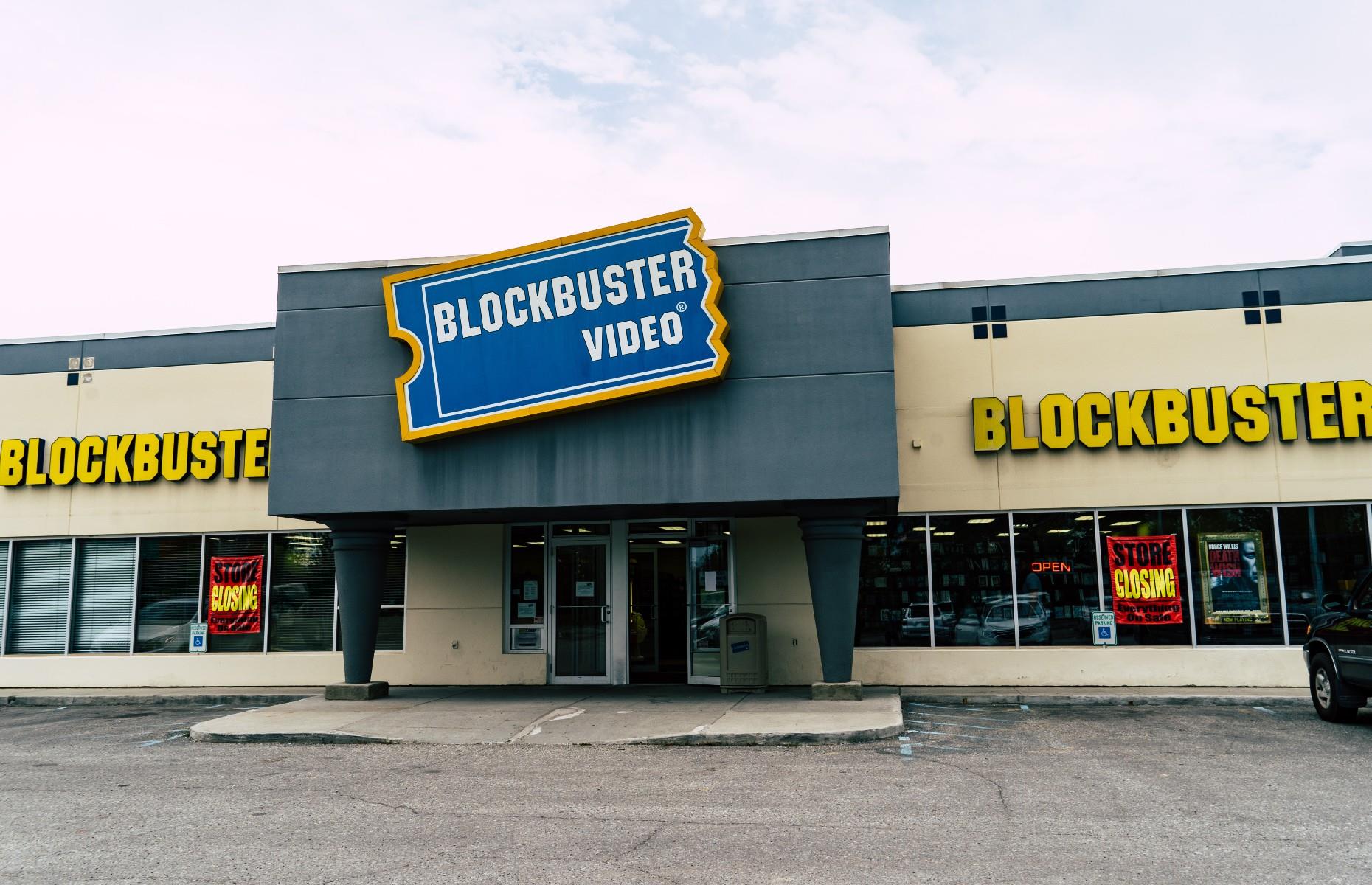 It's not often that you meet the thing that kills your business – even less so when it comes cap in hand. In 2000, home movie rental company Blockbuster ruled home entertainment when along came Netflix, a struggling online mail order company in need of cash. Its CEO offered to sell up for $50 million, the equivalent of $75.6 million (£57m) today, but was laughed out of the building. We all know what happened next. Netflix got into streaming and people stopped renting DVDs. Blockbuster was slow to react and fell into decline. Today Netflix is valued at more than $213.9 billion (£160.3bn), while Blockbuster Video is all but dead. 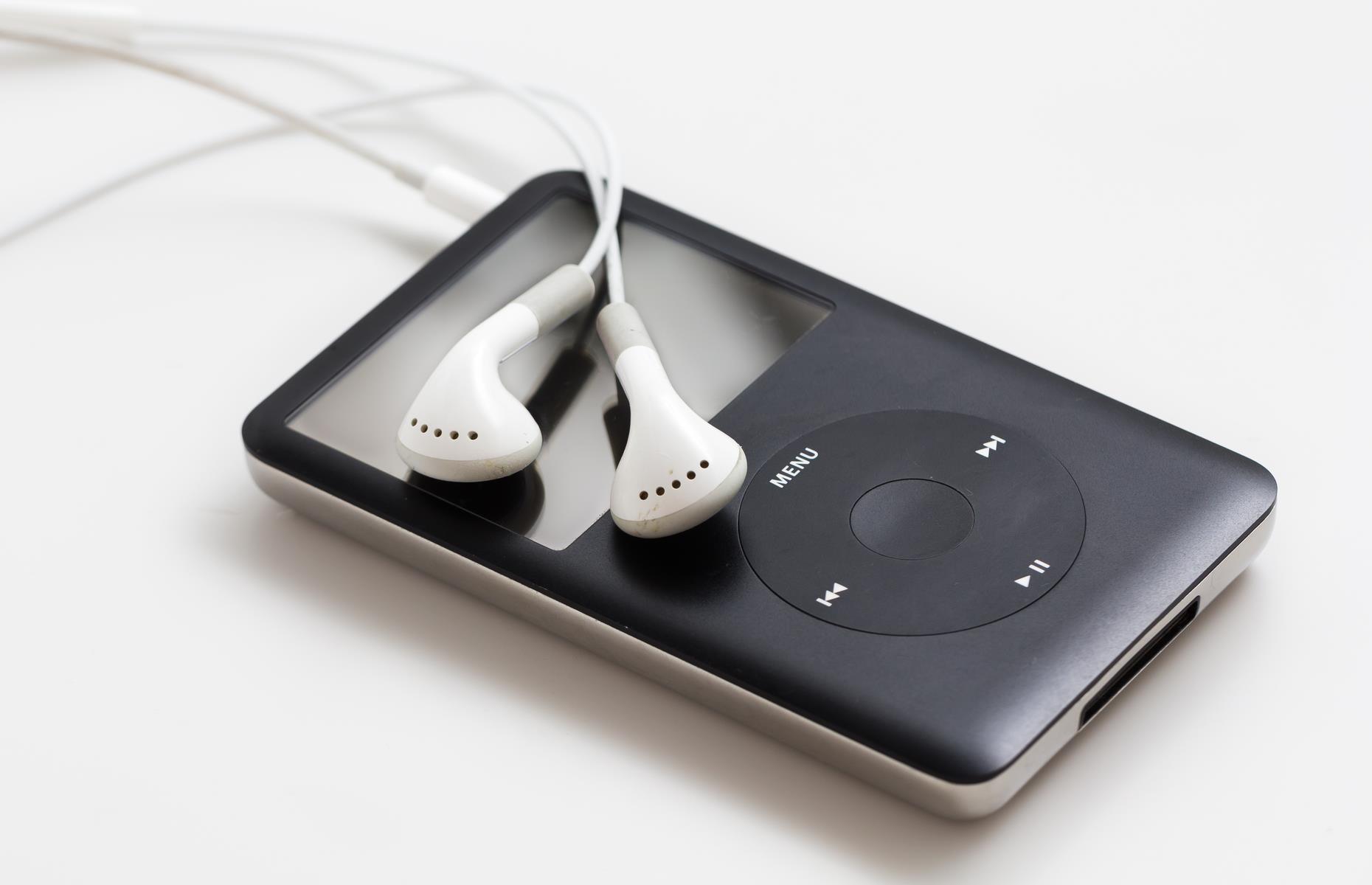 RealNetworks and the MP3 player

Before Tony Fadell made the iPod with Steve Jobs, he’d shopped the idea around a couple of other places, most notably RealNetworks. MP3s were nothing new but his was slightly different, a sleeker design and a smoother operating system. Even so, they said no, leaving Apple to clean up.
Features 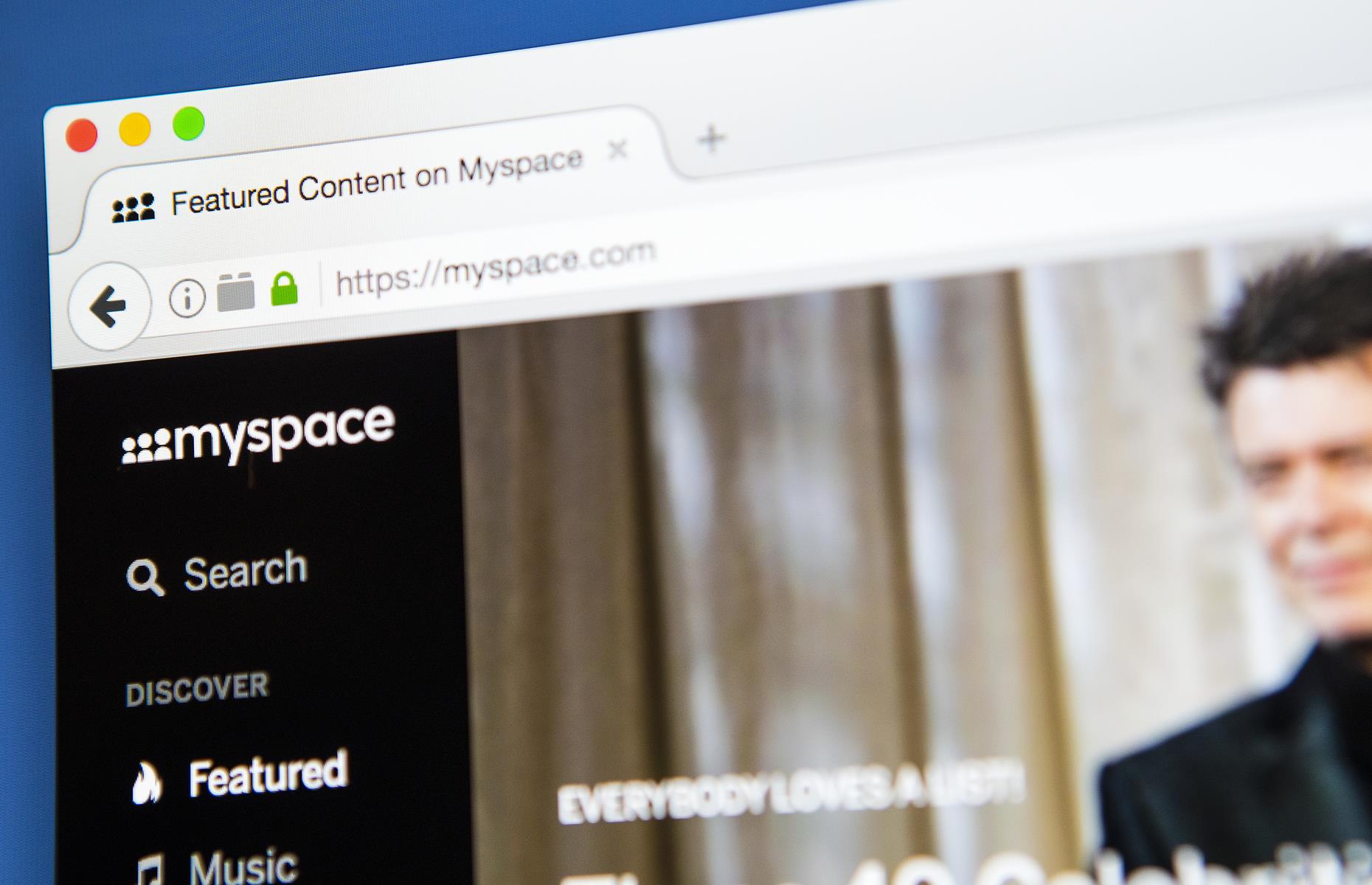 There were several companies that decided against buying Facebook, but no decision was more fatal than MySpace’s. In 2004, they met and discussed the idea, but didn’t take it any further. Mark Zuckerberg claims they did meet with MySpace CEO Chris de Wolfe, but only because they thought he was an interesting guy and were curious about the site. In 2005, NewsCorp bought MySpace for $580 million, which is $749 million (£563m) in today’s money, and it was then sold on again in 2011 for a mere $35 million (£26m) – if only they had acquired the world’s most-used social media platform when they had the chance… 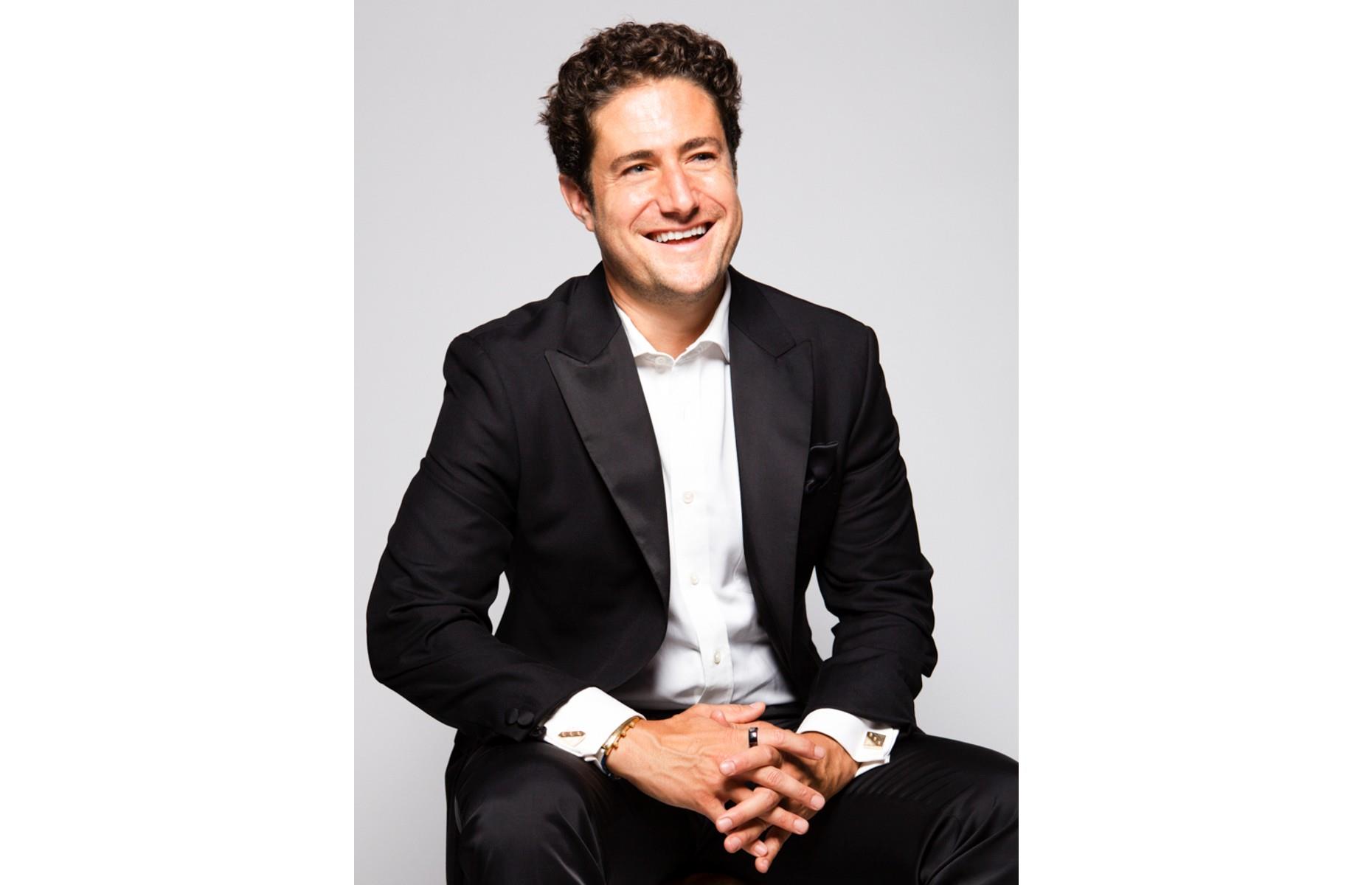 Somebody who missed out on the opportunity to co-found Facebook was Joe Green, Mark Zuckerberg’s roommate at Harvard University. After creating Facebook’s predecessor ‘Facemash’ together, the pair got in trouble with their college and Green’s father discouraged him from working with Zuckerberg again. Unfortunately for Green he followed the advice. Had he been onboard he likely would’ve had a 5% stake in the company, which would be worth around $7 billion (£5.3bn) today, according to Business Insider. 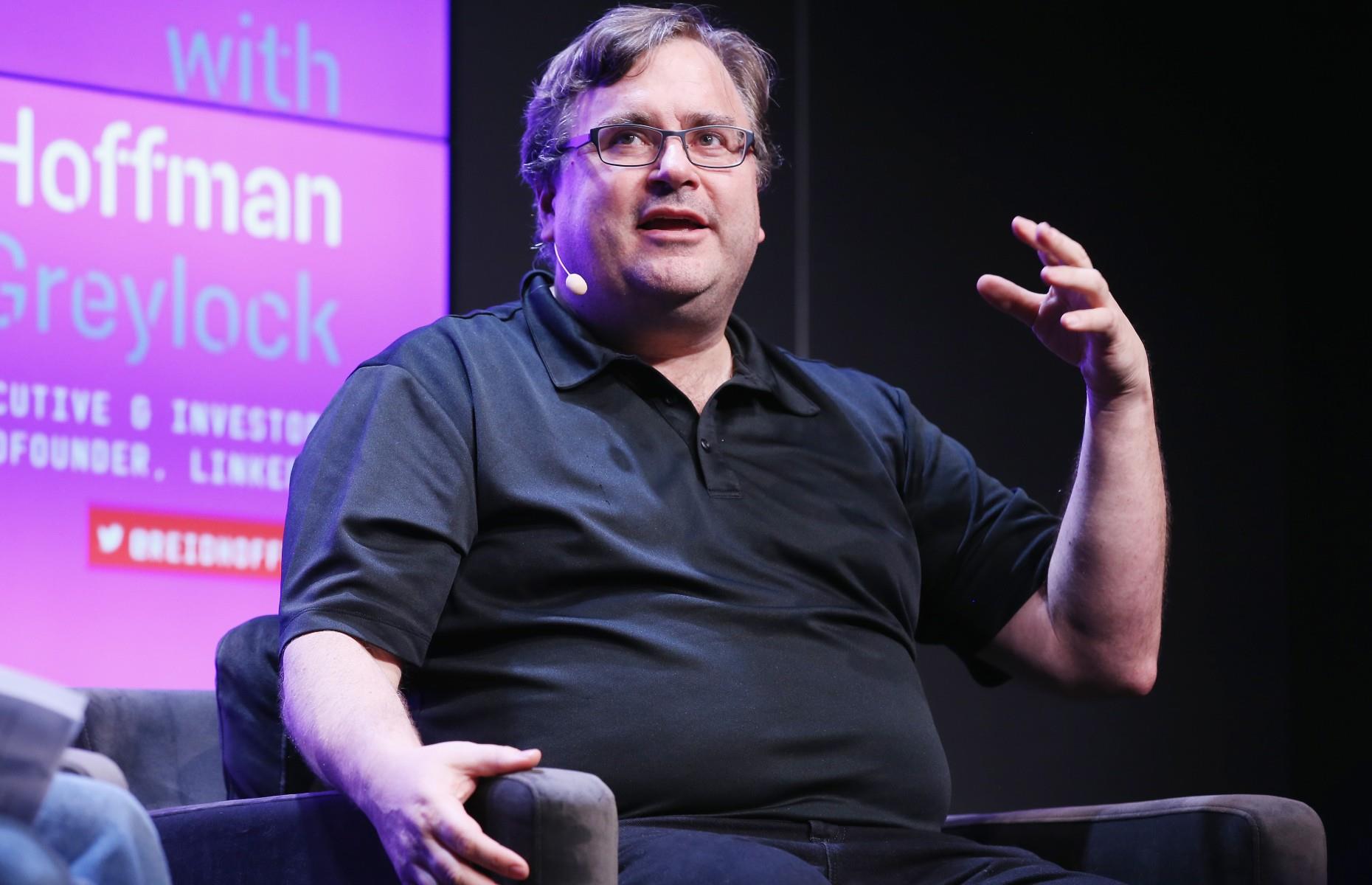 Reid Hoffman (pictured), co-founder of LinkedIn, is an investor in Facebook, Paypal, Zynga and Groupon, and with a net worth of $2.1 billion (£1.6bn), it’s clear he knows what he’s doing when it comes to business decisions. But one big opportunity that Hoffman missed out on was investing in YouTube when venture capital firm Sequoia Capital outbid him for a 30% stake in the video-sharing platform in 2005. Sequoia paid $11.5 million for its share. The LinkedIn mastermind told the New York Times that he wishes he’d pushed harder to get a stake in the company before it became a global sensation, especially as Google snapped up the company for $1.65 billion just a year later, the equivalent of $2.1 billion (£1.6bn) today, which would’ve given him quite the windfall. 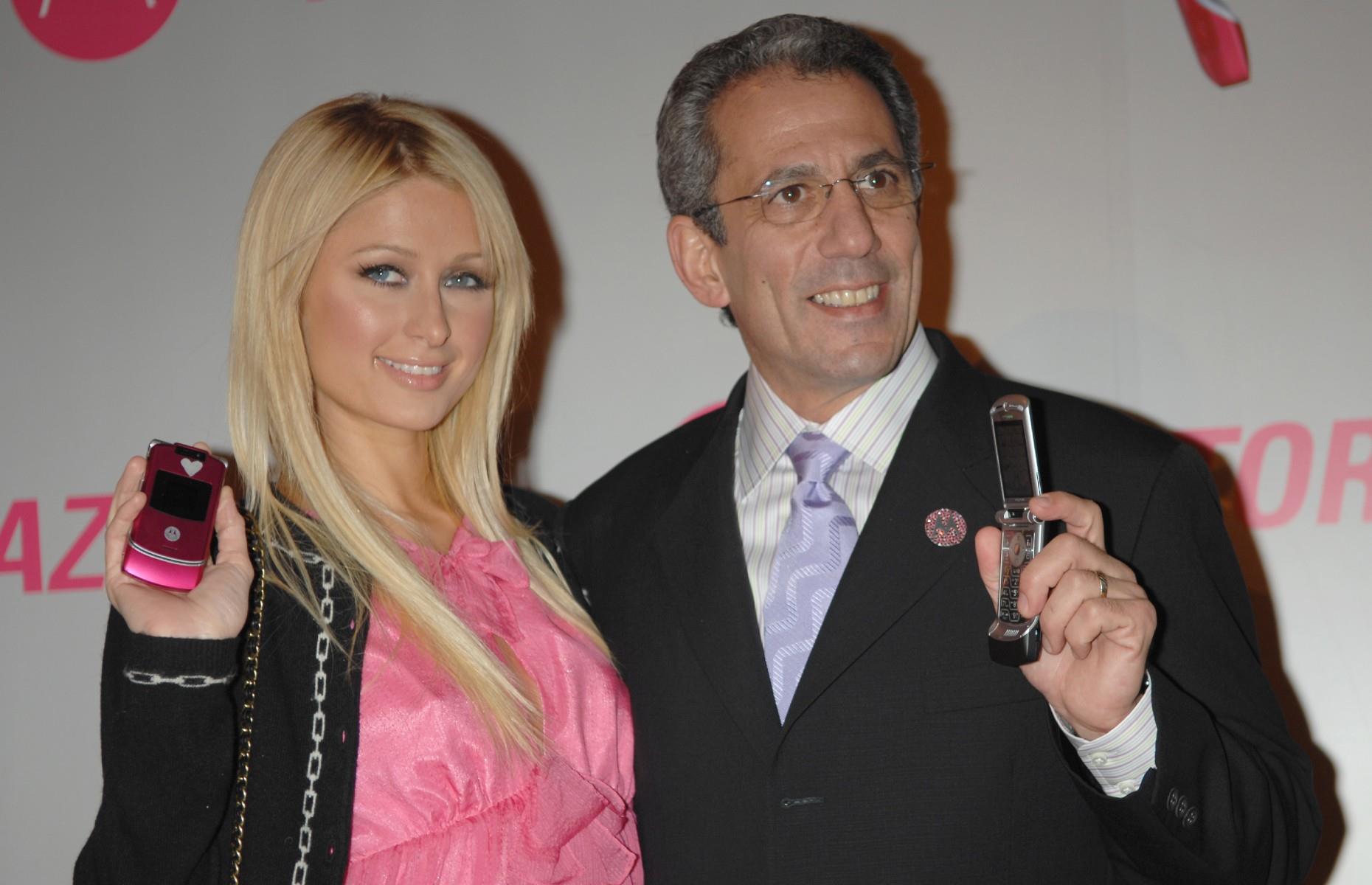 Motorola and the smartphone revolution

Motorola was a trailblazer in wireless communications development and was a market leader in mobile phones in the 2000s thanks to models such as the fashionable RAZR, here being promoted by Paris Hilton in 2006. Despite its huge popularity, Motorola was too slow to join the smartphone game, and was quickly overtaken by Blackberry and then Apple. The company has since become a bit of a hot potato, having been bought and sold by Google, and is now in the hands of Lenovo – who knows where the company would be had it embraced the billionaire-dollar appetite for smartphones earlier.

Now read about these people are richer than entire countries