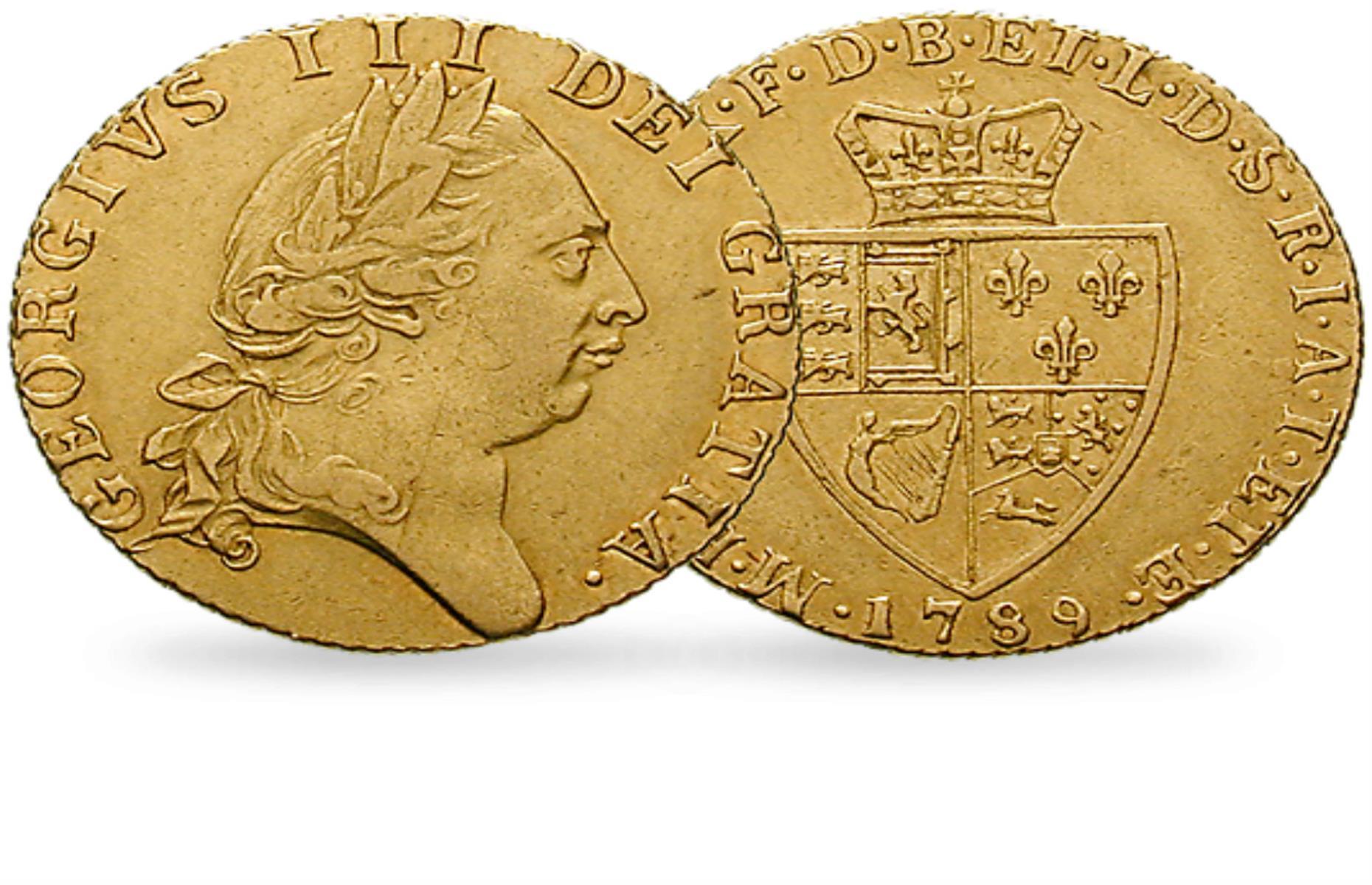 These coins date back hundreds – or even thousands – of years, and are worth some serious cash! Using the British Numismatic Treasury to depict their value today, we take a look at 20 fascinating pieces from past eras.
Household money 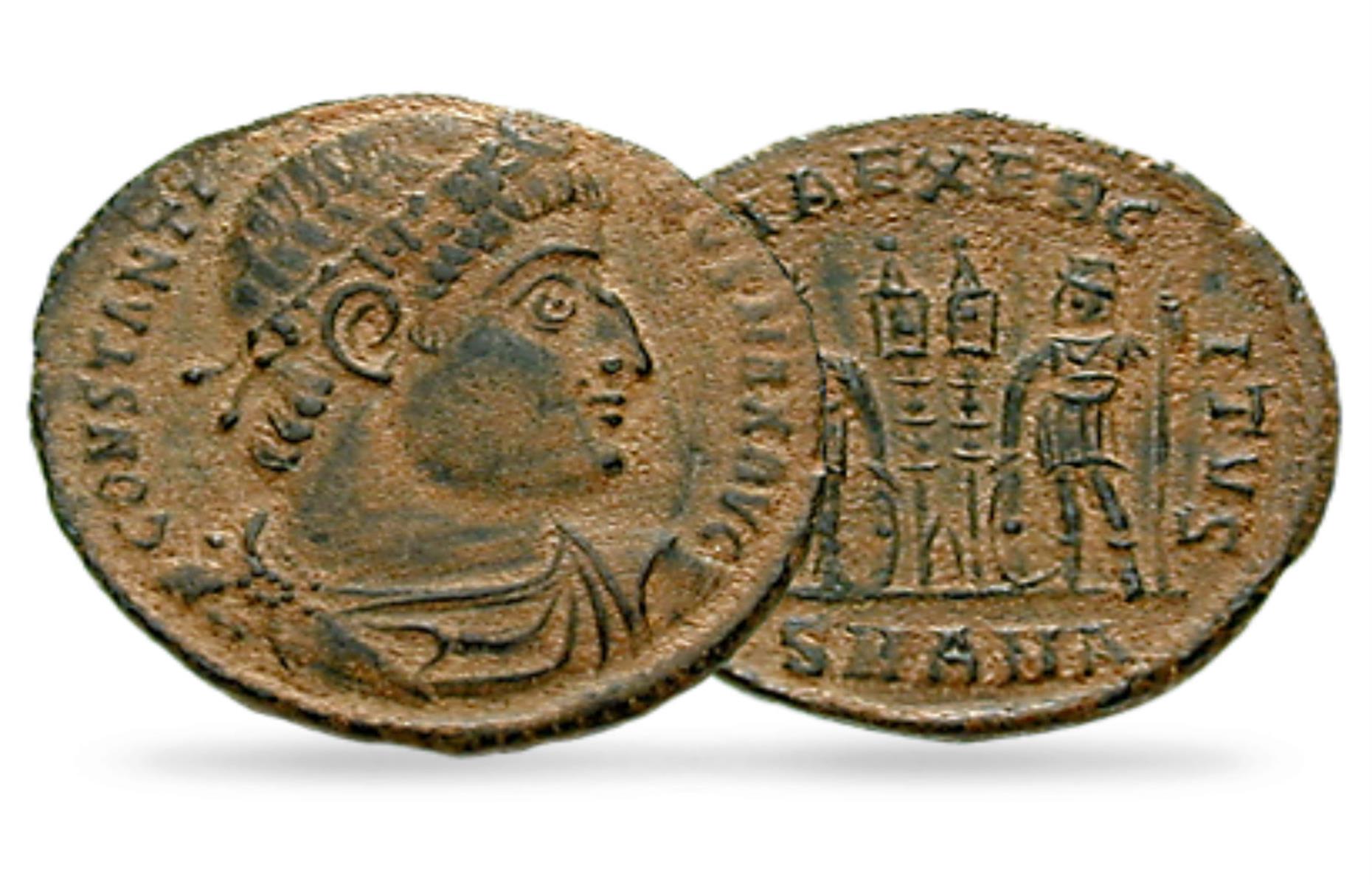 Constantine the Great Roman Coin - worth £100

Constantine was Rome’s second longest-serving Emperor, ruling from 306 AD to 337 AD, and is credited as the first Emperor to legalise Christianity. This coin with him on it is worth around £100.
Household money 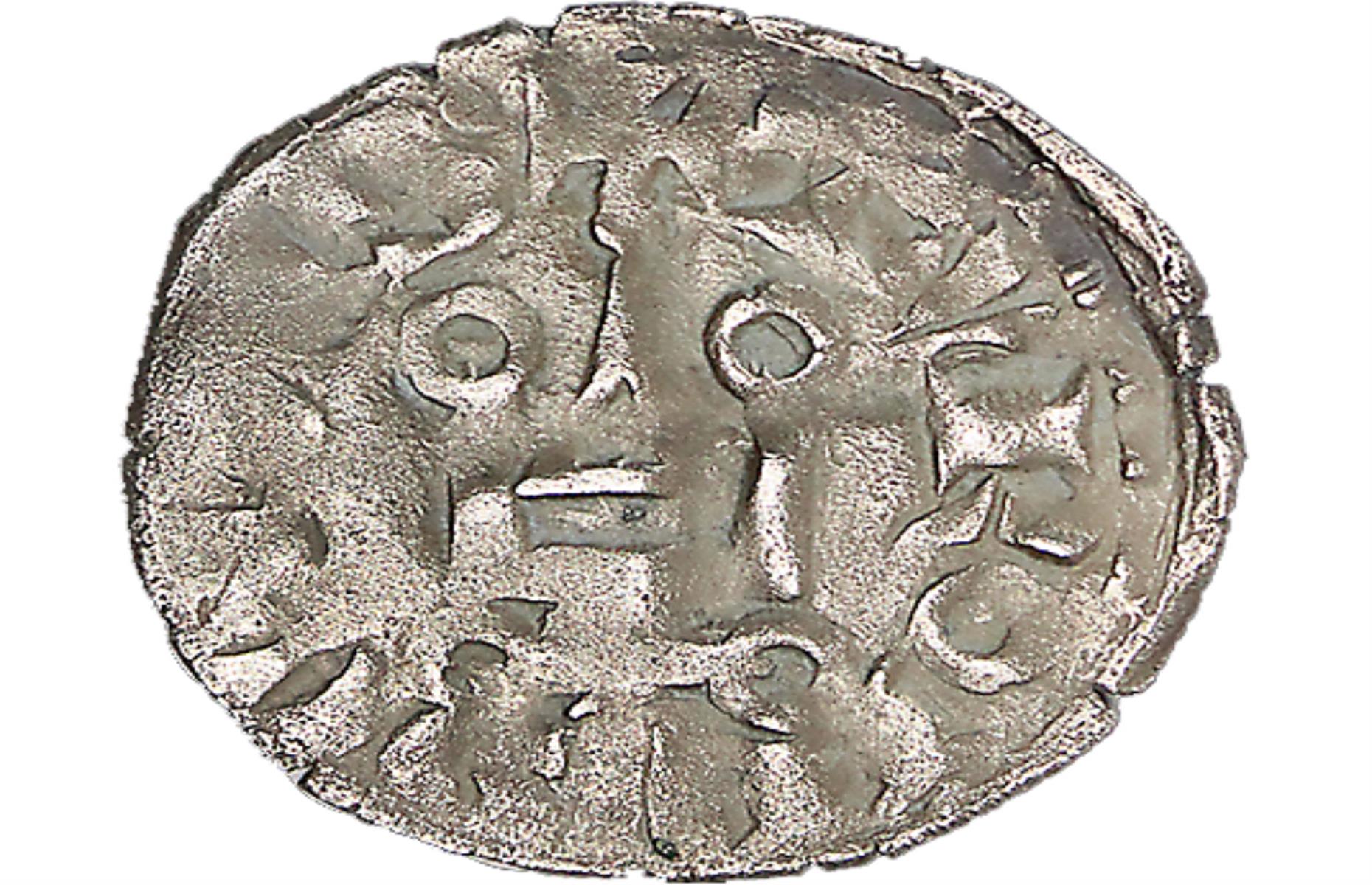 The Fate of the Templars Silver Coin - worth £109

This silver denier was issued more than 700 years ago by King Philip IV of France. On one side is a cross, while on the other is a picture of the Château de Tours, a castle in central France which served as the residence for the Lords of France. This coin is worth in the region of £109.
Household money 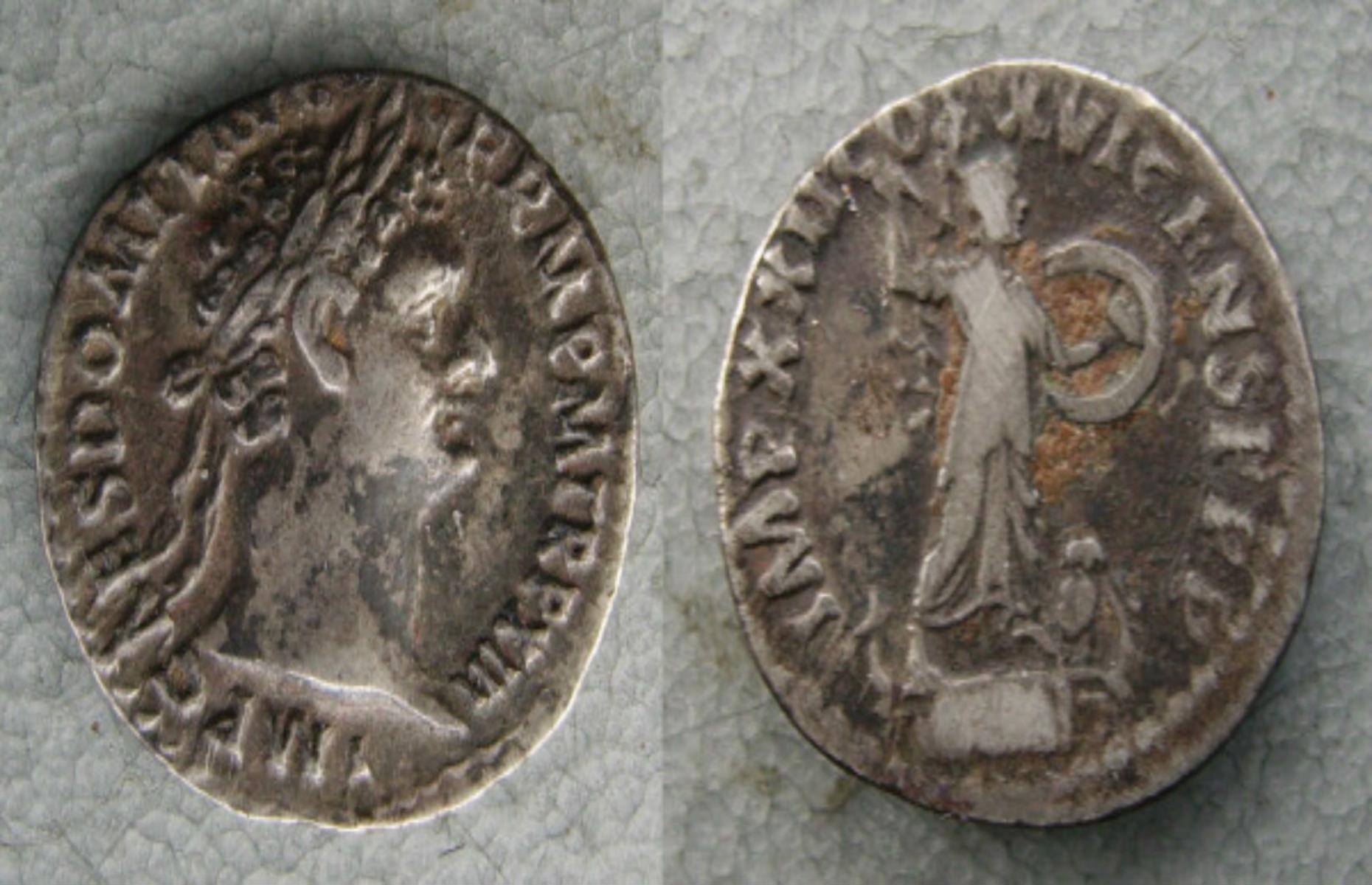 Domitian was the final member of the Flavian dynasty, serving as Roman Emperor between 81 AD and 96 AD. He was known for indulging in a number of battles in Britain, including an attempt to takeover what we now know as Scotland. On the reverse of this silver denarius is an image of the god Minerva advancing with a shield and brandishing a spear. It is valued at £150.
Household money 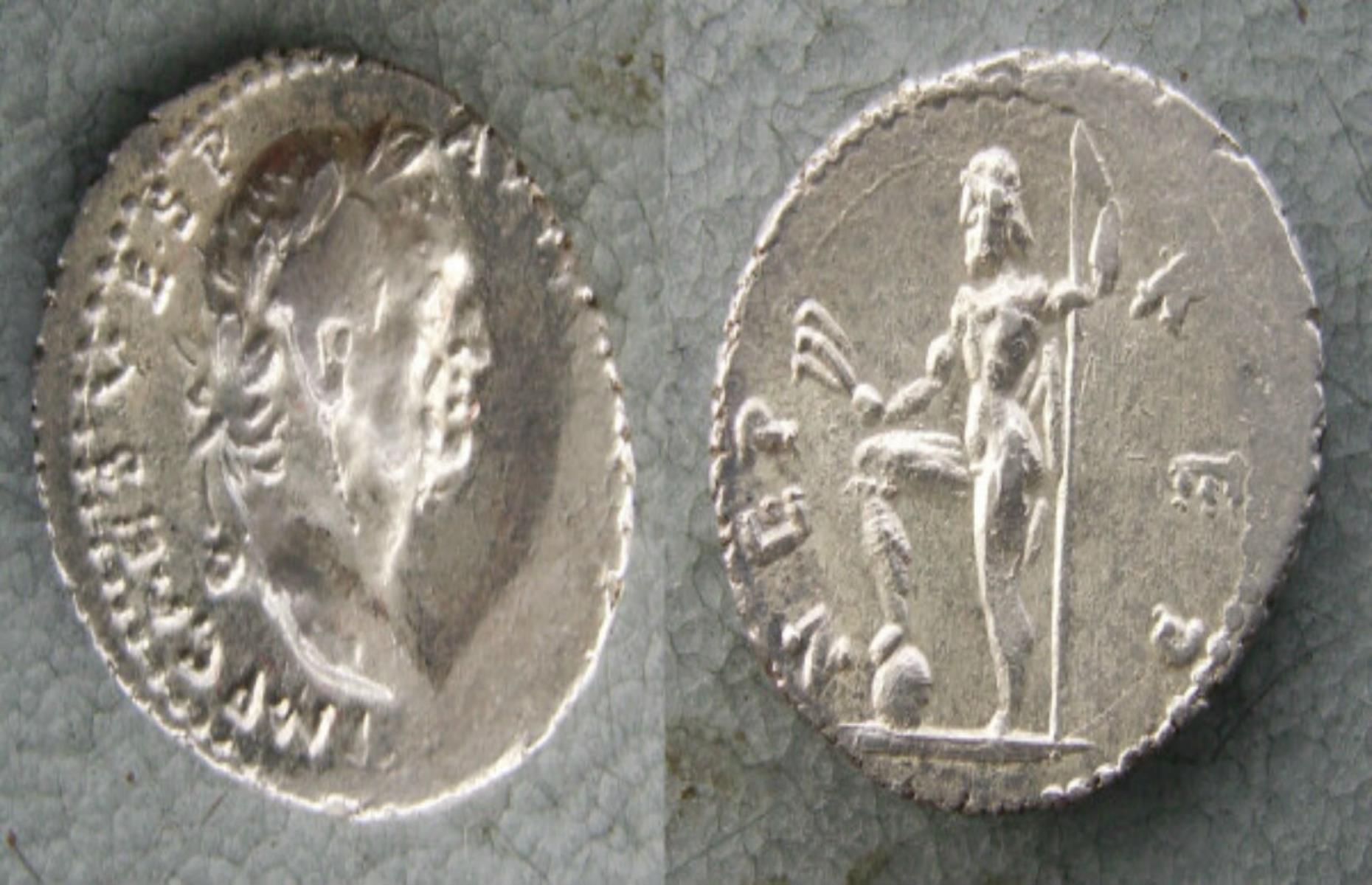 Vespasian was Roman Emperor for a decade, between 69 AD and 79 AD, and founded the Flavian dynasty which ruled over Europe for 27 years. He began building the Flavian Amphitheatre while he was Emperor, which we now know as the Roman Colosseum. This silver denarius is worth around £195.
Household money 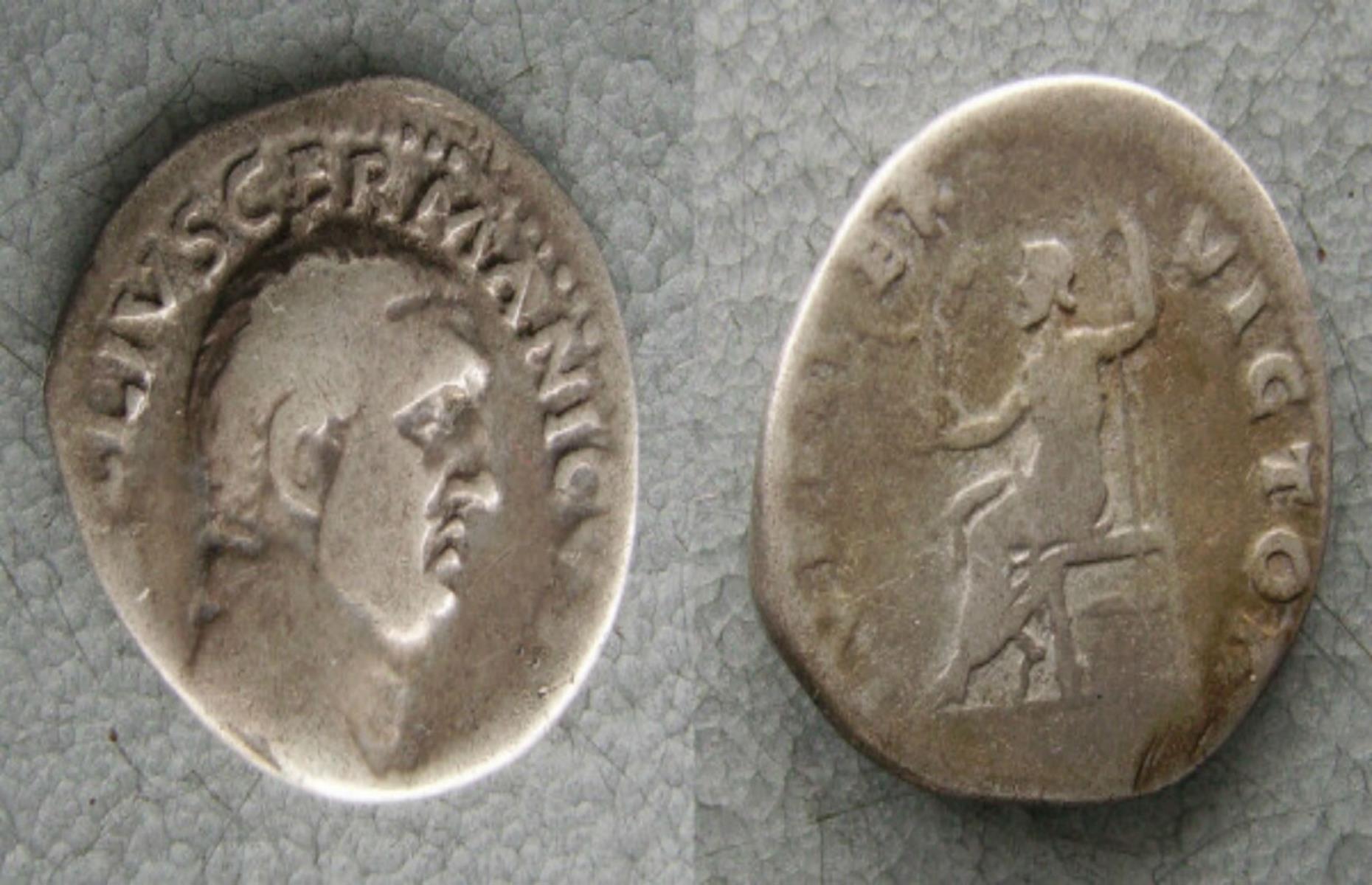 Vitellius was Roman Emperor for eight months in 69 AD. He was the first to add the Germanicus to his name rather than Caesar upon his accession. On the reverse of the coin is an image of Jupiter seated with Nike, the spirit of victory. This coin is also worth around £195.
Household money 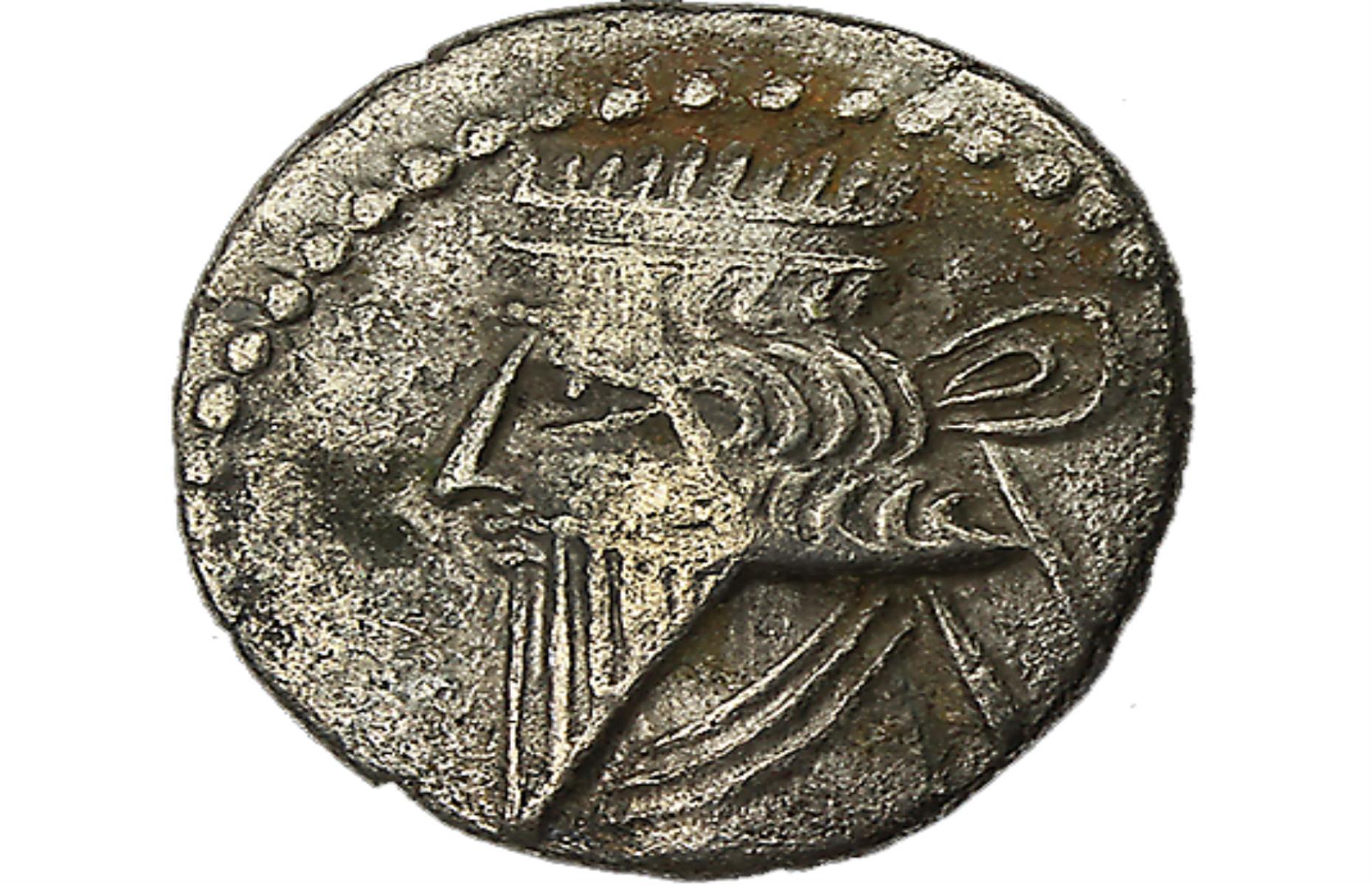 This hand-hammered silver drachma dates back to the Parthian Empire, and is more than 2,200 years old! Parthia was made up of what is today Iran and Iraq and was a major cultural and commercial power in this period. It took part in a series of wars with Rome over seven centuries. This beautiful coin is worth £199.

Read more about the world's most beautiful currencies here 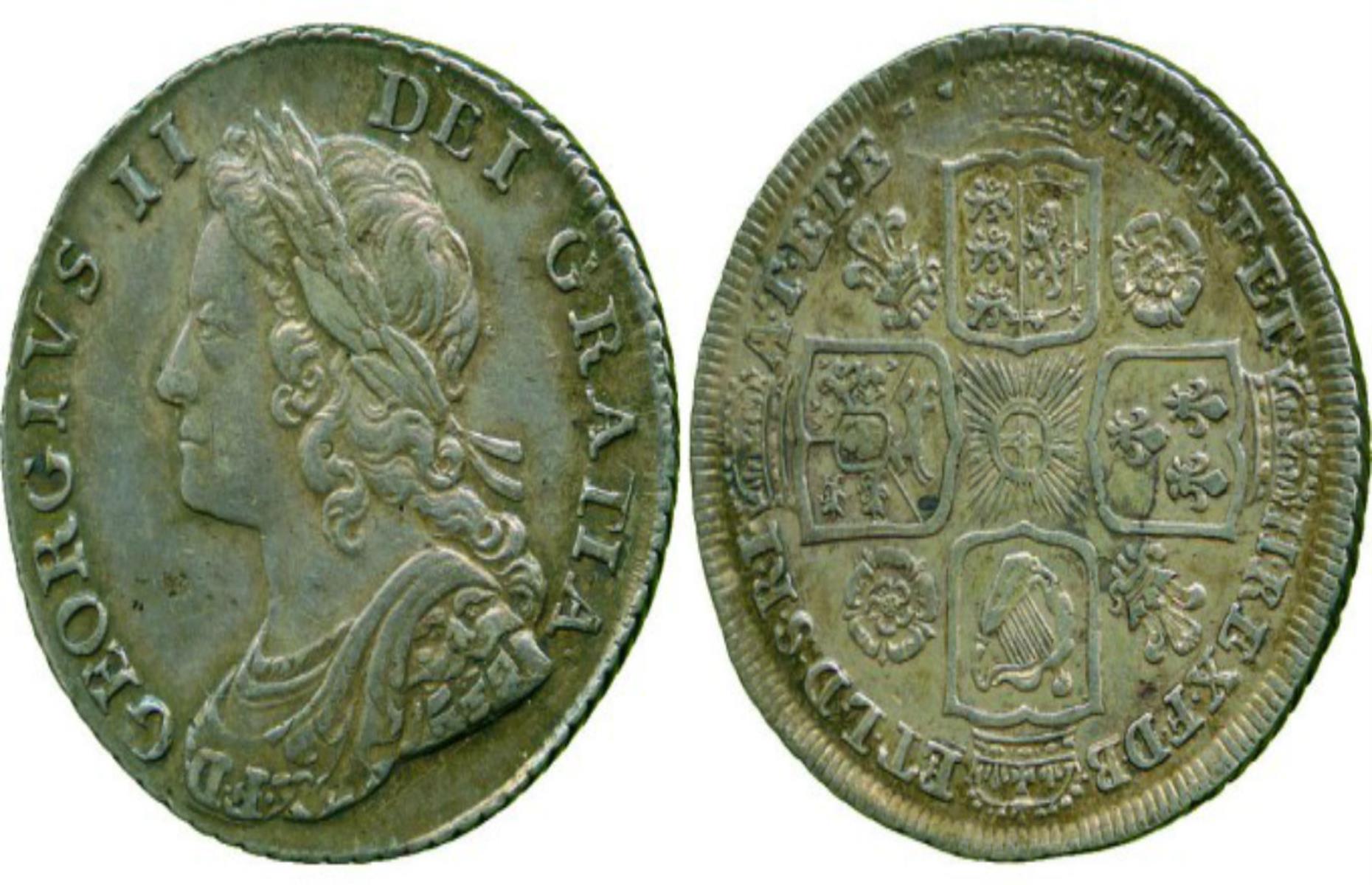 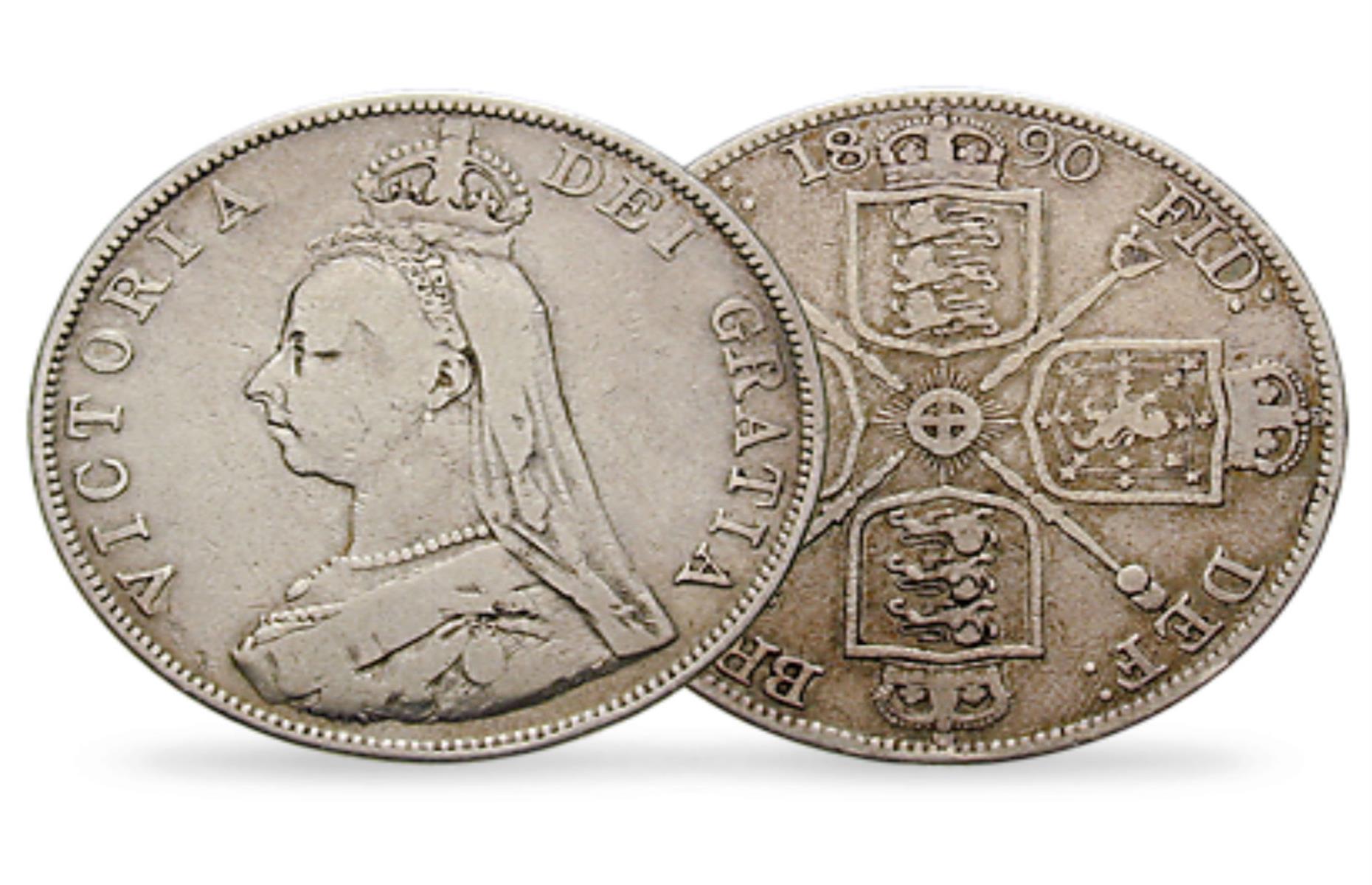 This coin, which was worth four shillings, earned its nickname due to its similarity in size and design to the crown, which was worth five shillings. A combination of bad lighting and the similarities between the coins meant that barmaids would mistakenly hand the crown back as change. As a result of this confusion, the double florin was only issued for four years before production was halted. You can buy one today for around £239, according to the British Numismatic Treasury.
Household money 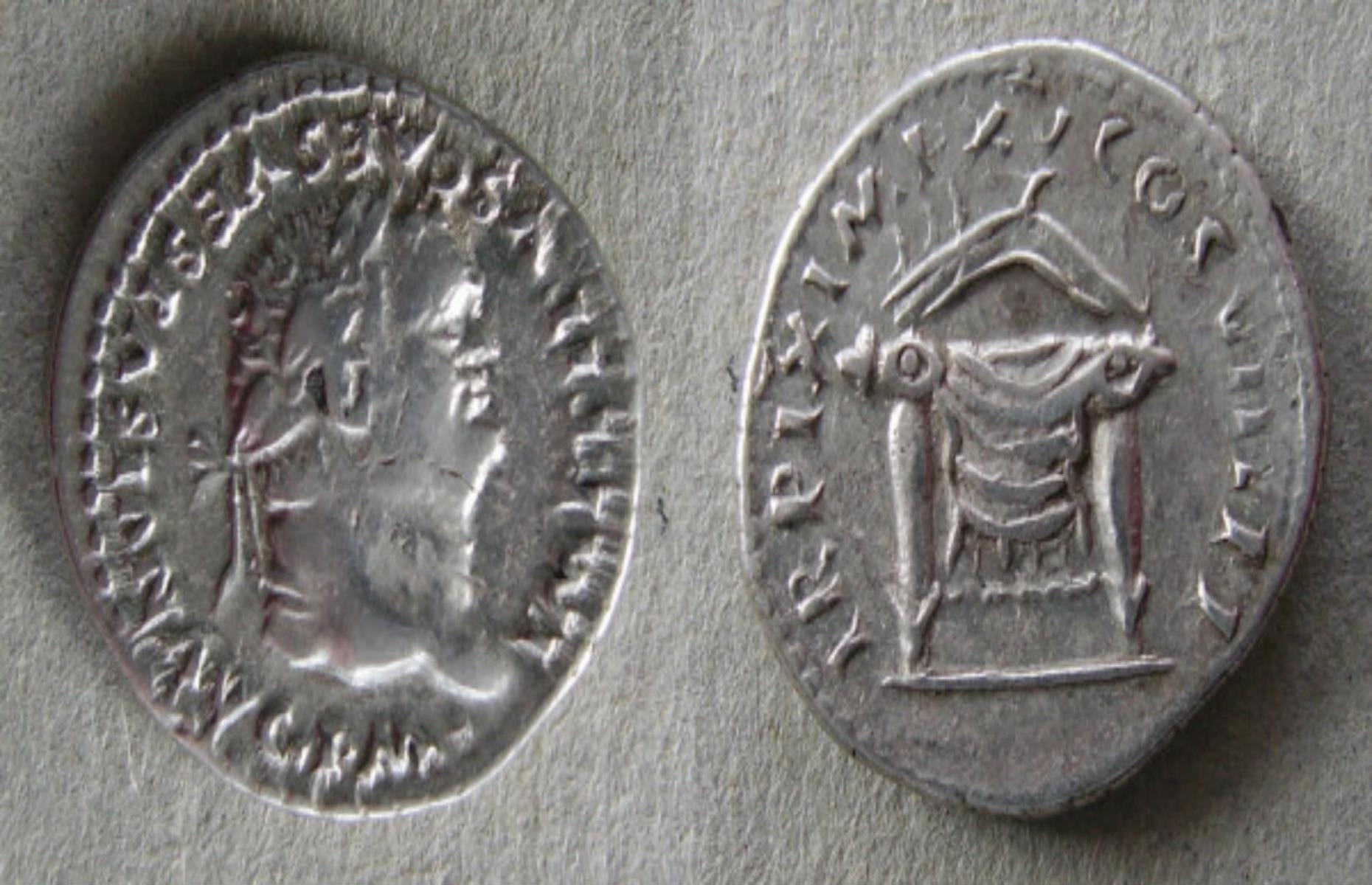 Titus was Roman Emperor from 79 AD to 81 AD, and the first to succeed his own biological father. He is best known for completing the Colosseum, and for being Emperor when Mount Vesuvius erupted. This silver denarius is valued at around £265.
Household money 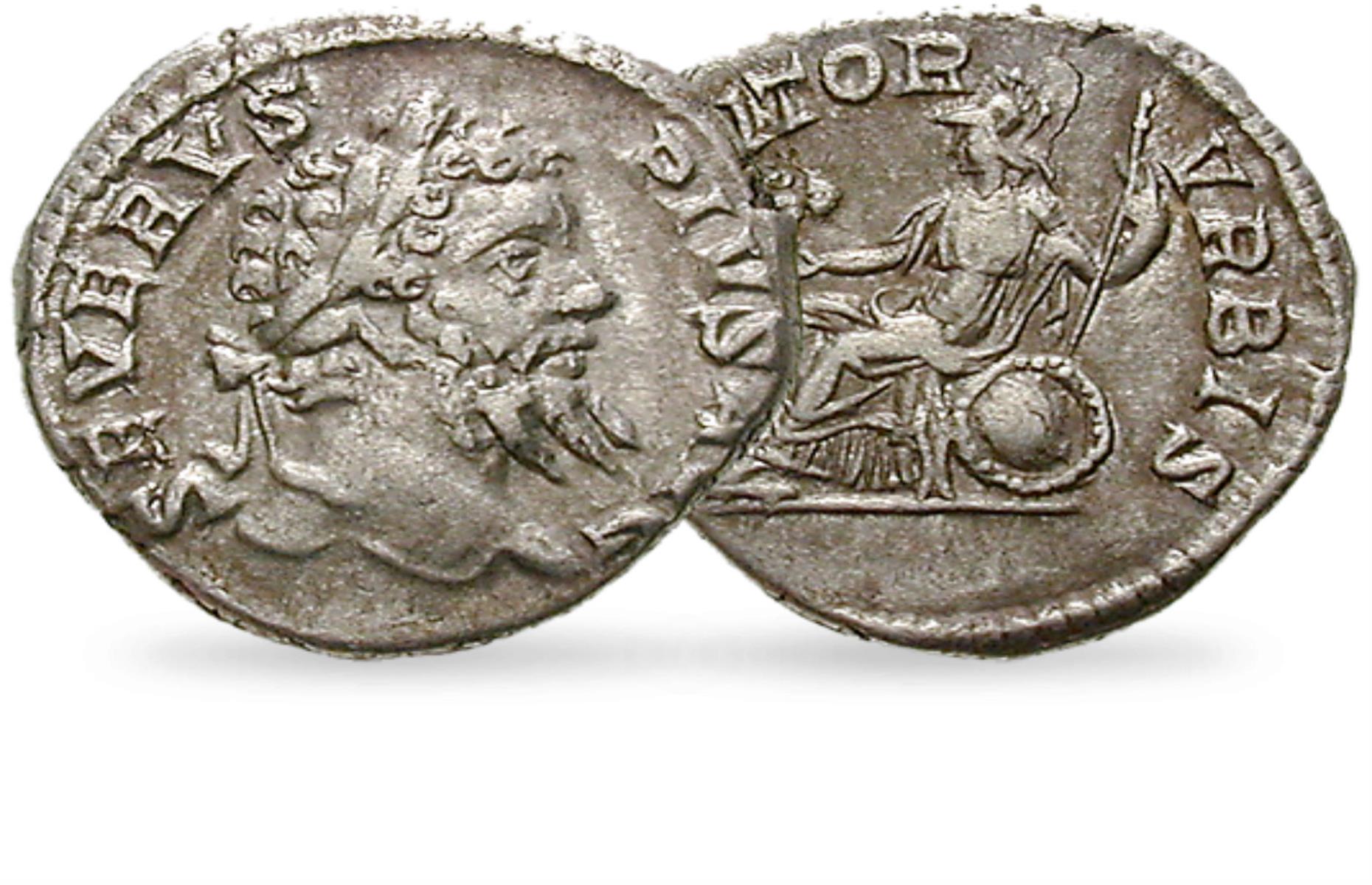 Severus took on the role of Roman Emperor in 193 AD, a brutal year in which five separate men jostled for power after the murder of Emperor Commodus. Severus finally took complete control in 197 AD after eliminating the last of his rivals, and went on to rule until 211 AD. The coin is currently on sale for £279.90.
Household money 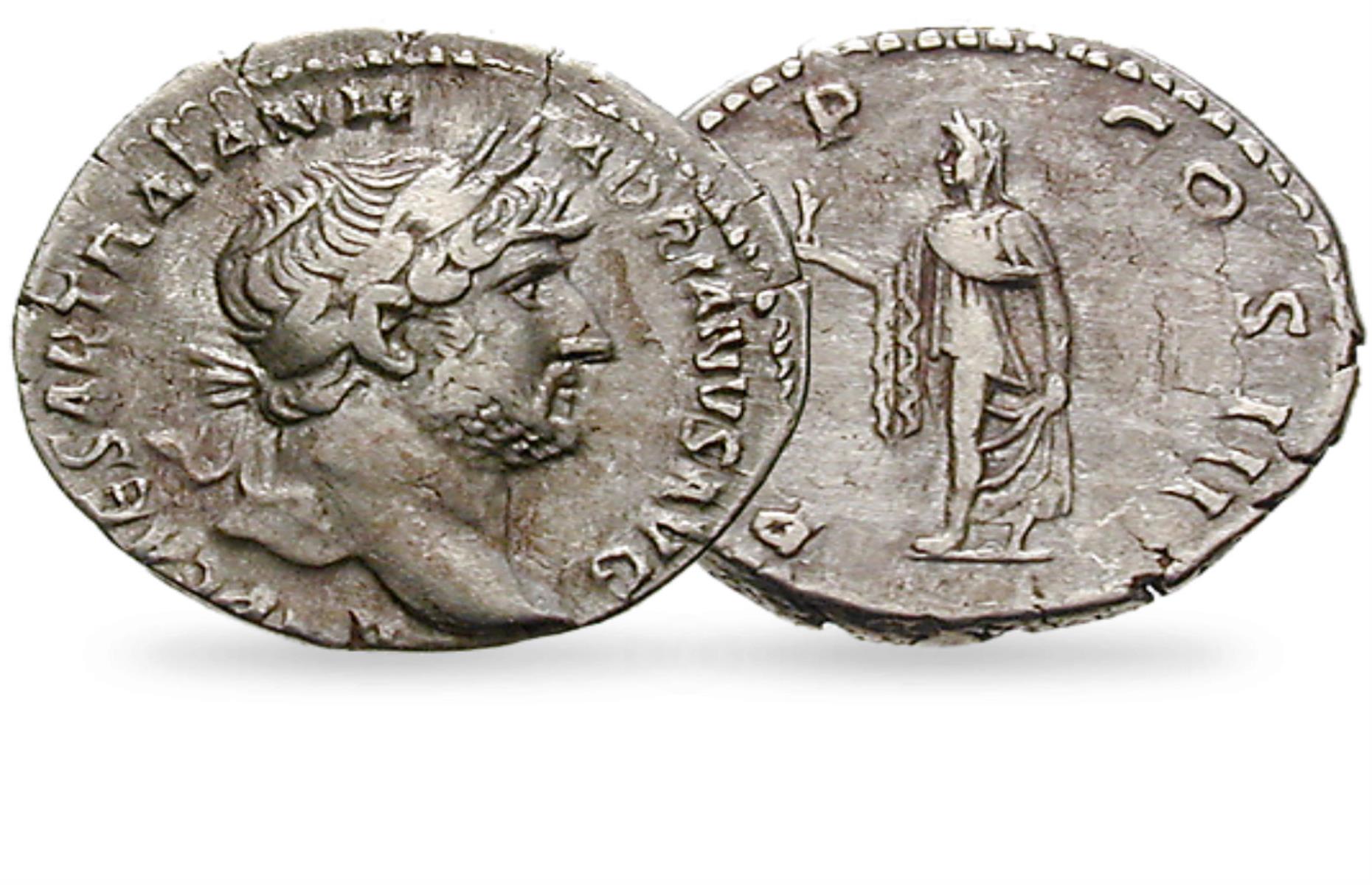 Hadrian was of course the man responsible for constructing the wall between England and Scotland, and held the post of Emperor of Rome between 117 and 138. This denarius coin is worth around £320.
Household money 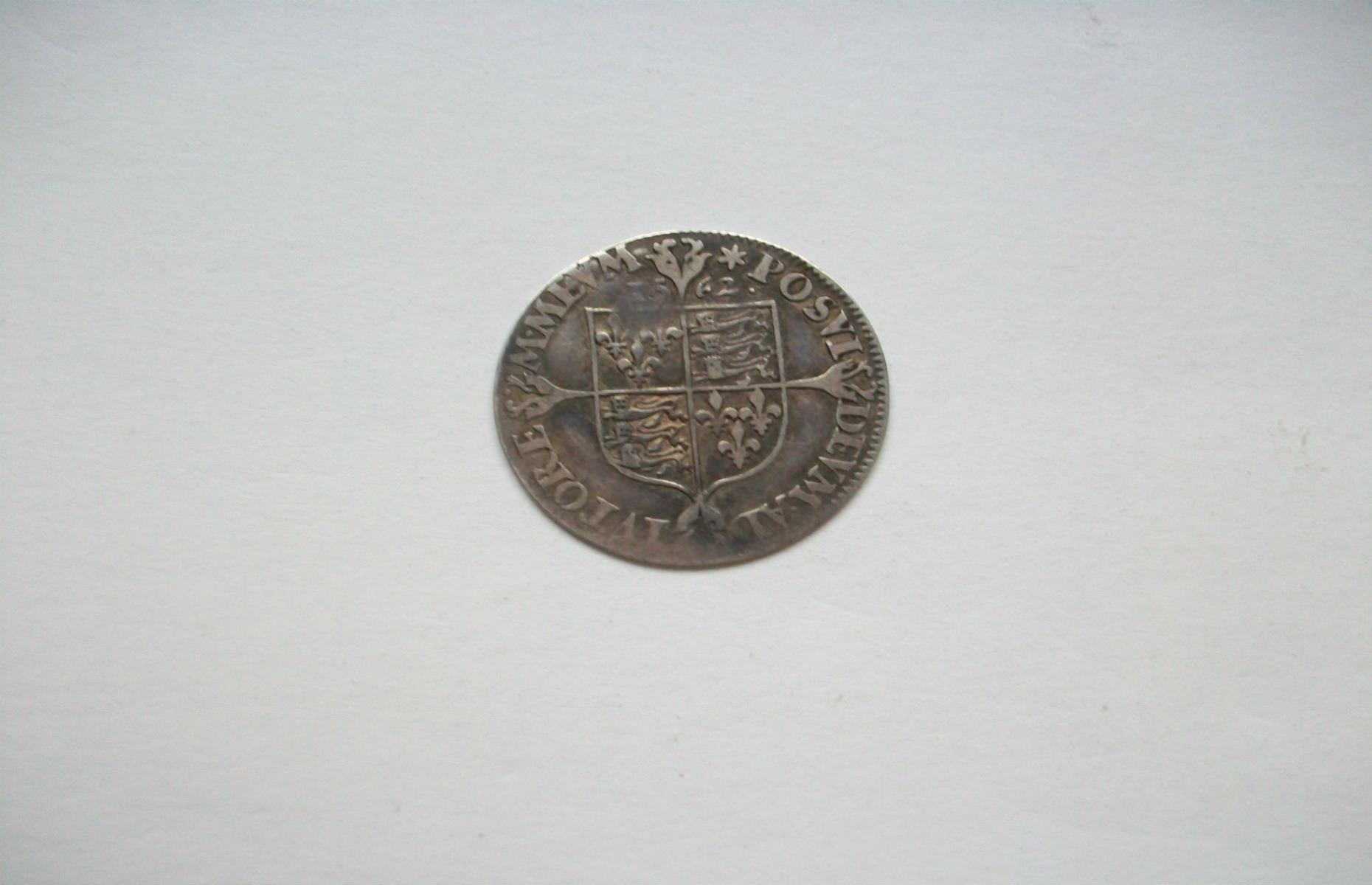 This sixpence is from 1562, the reign of the great Elizabeth I, the final monarch of the Tudor dynasty. Her period on the throne is famous for the flourishing of William Shakespeare and the great adventures of Sir Francis Drake. It is worth around £325.
Household money 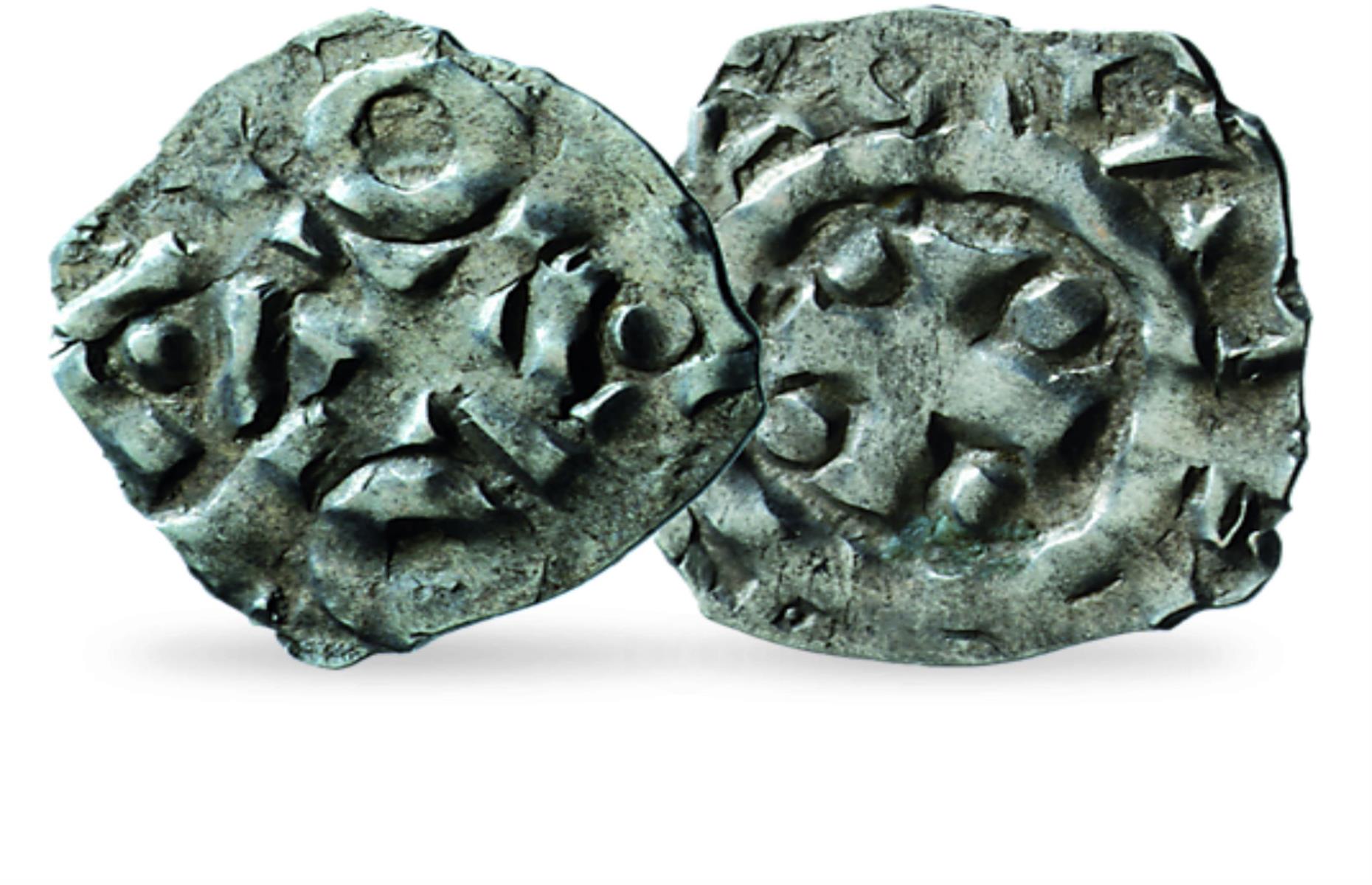 William the Conquerer Denier - worth £400

William the Conquerer took the English throne after the Battle of Hastings in 1066, and this coin is an original from that time, featuring the sort of irregularities that were typical among coins of this period. It can demand as much as £400.
Household money 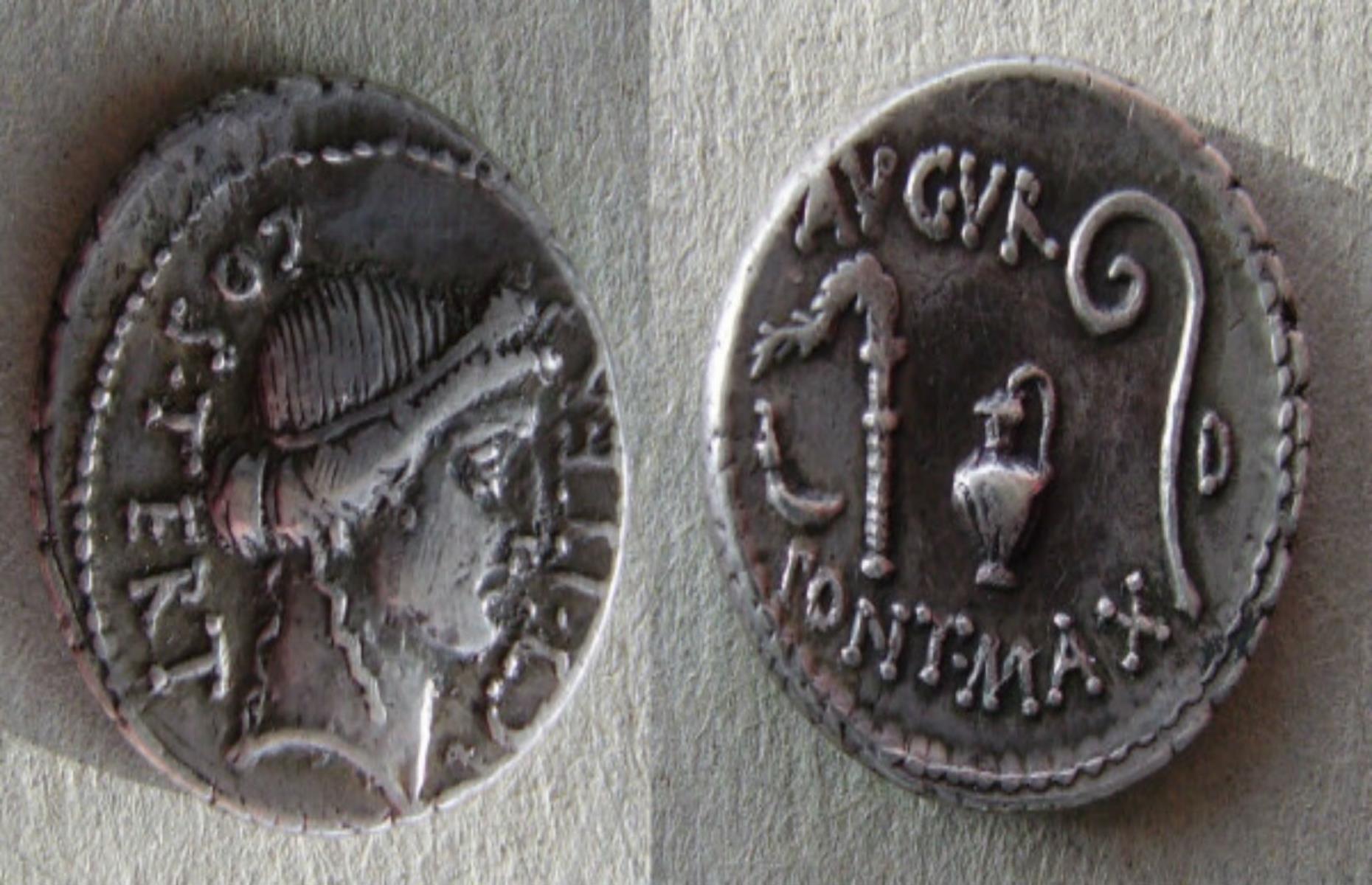 Perhaps the most famous Roman leader of them all, Julius ruled over the empire from 49BC to 44BC. This silver denarius dates from 46-45BC and depicts the head of Venus on one side. You can snap it up for £495.
Household money 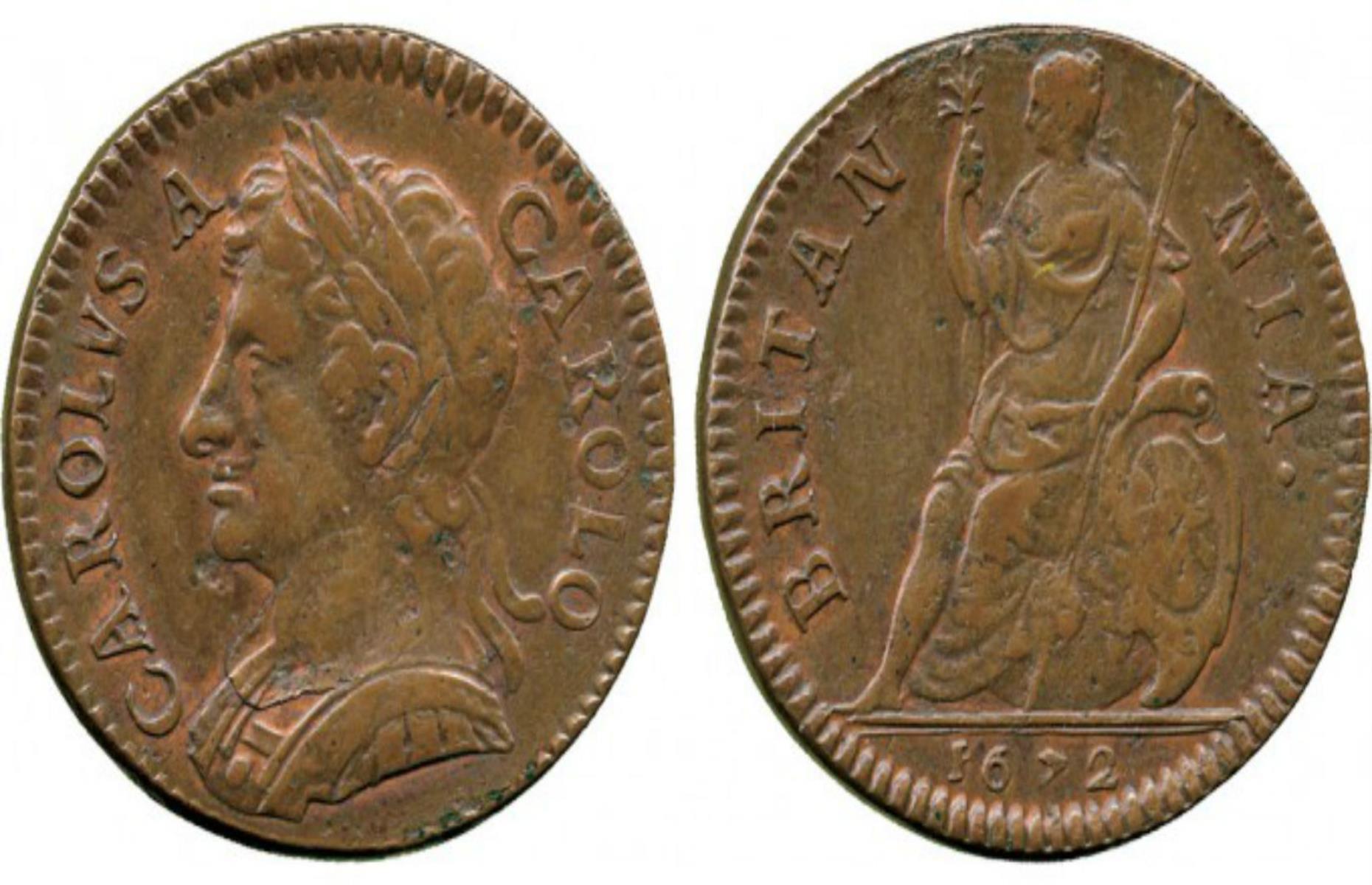 This coin dates back to 1672, from the reign of Charles II who became King of England, Scotland and Ireland from the restoration of the monarchy in 1660. It is valued at £500.
Household money 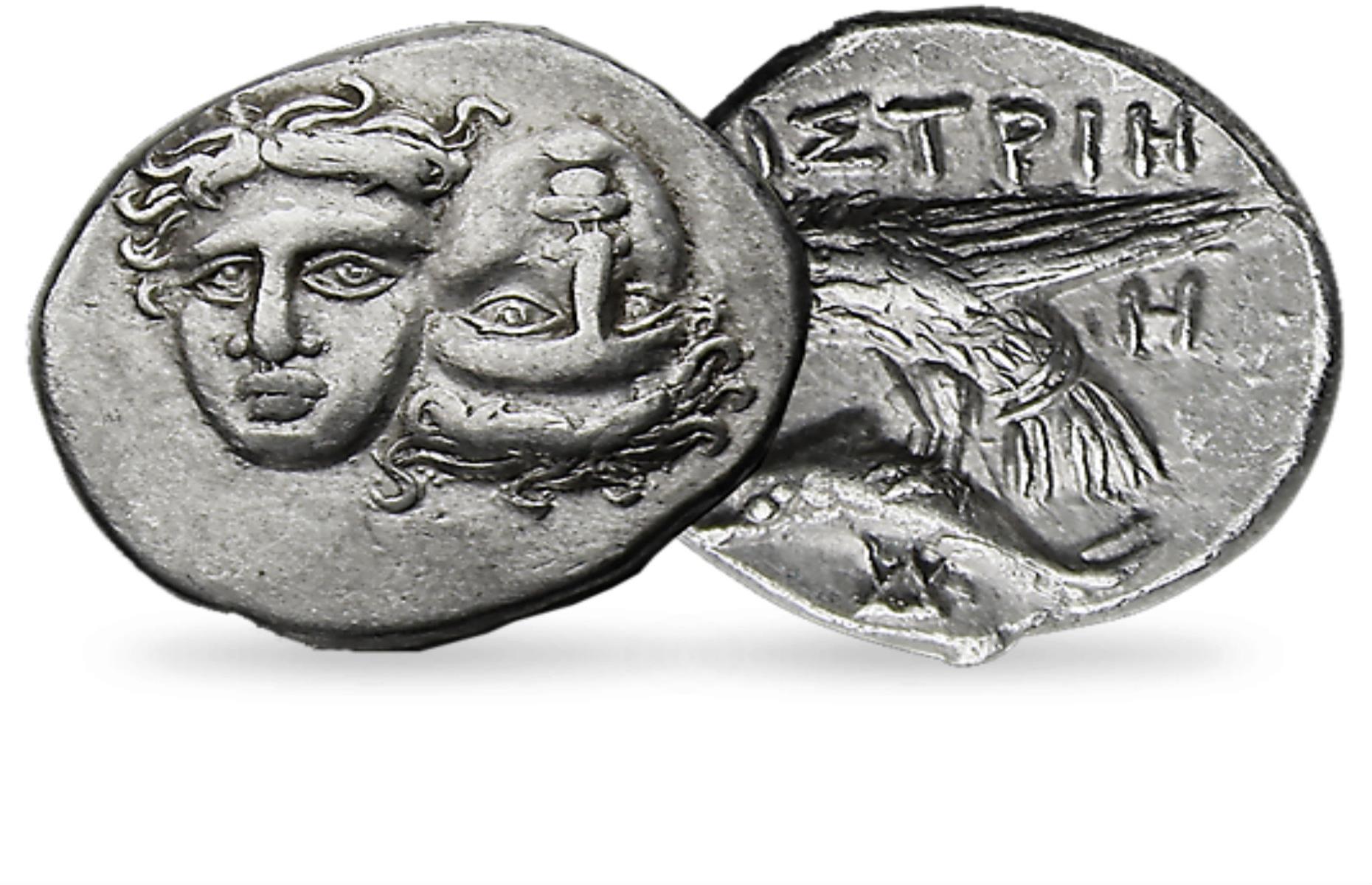 This silver drachma dates back to 400-300BC, and depicts Castor and Pollux, figures from Greek mythology. They were the sons of Queen Leda of Sparta, though the legend goes that they each had a different father. The Gemini zodiac symbol we use today is of the twins. The coin is worth £649, according to the British Numismatic Treasury.

Discover 27 collector's items you might not know you own 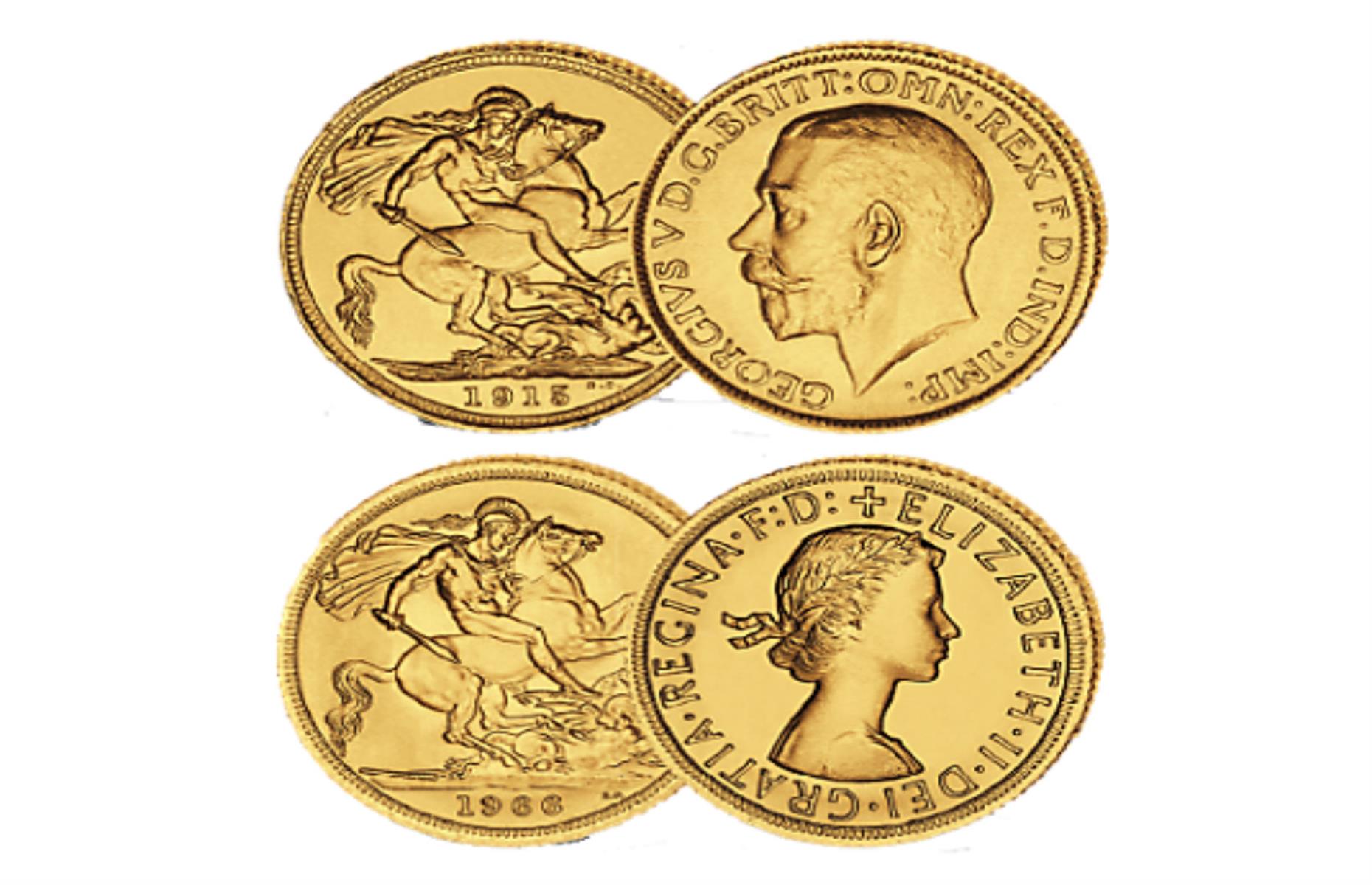 These gold sovereigns pay tribute to George V (the first Windsor) and Elizabeth II (the latest Windsor on the throne). Issued in 1915 and 1966 respectively, the sovereign is seen as the ‘gold standard’ when it comes to coins. The set of both is worth £779.

Check out the world's most counterfeited currencies 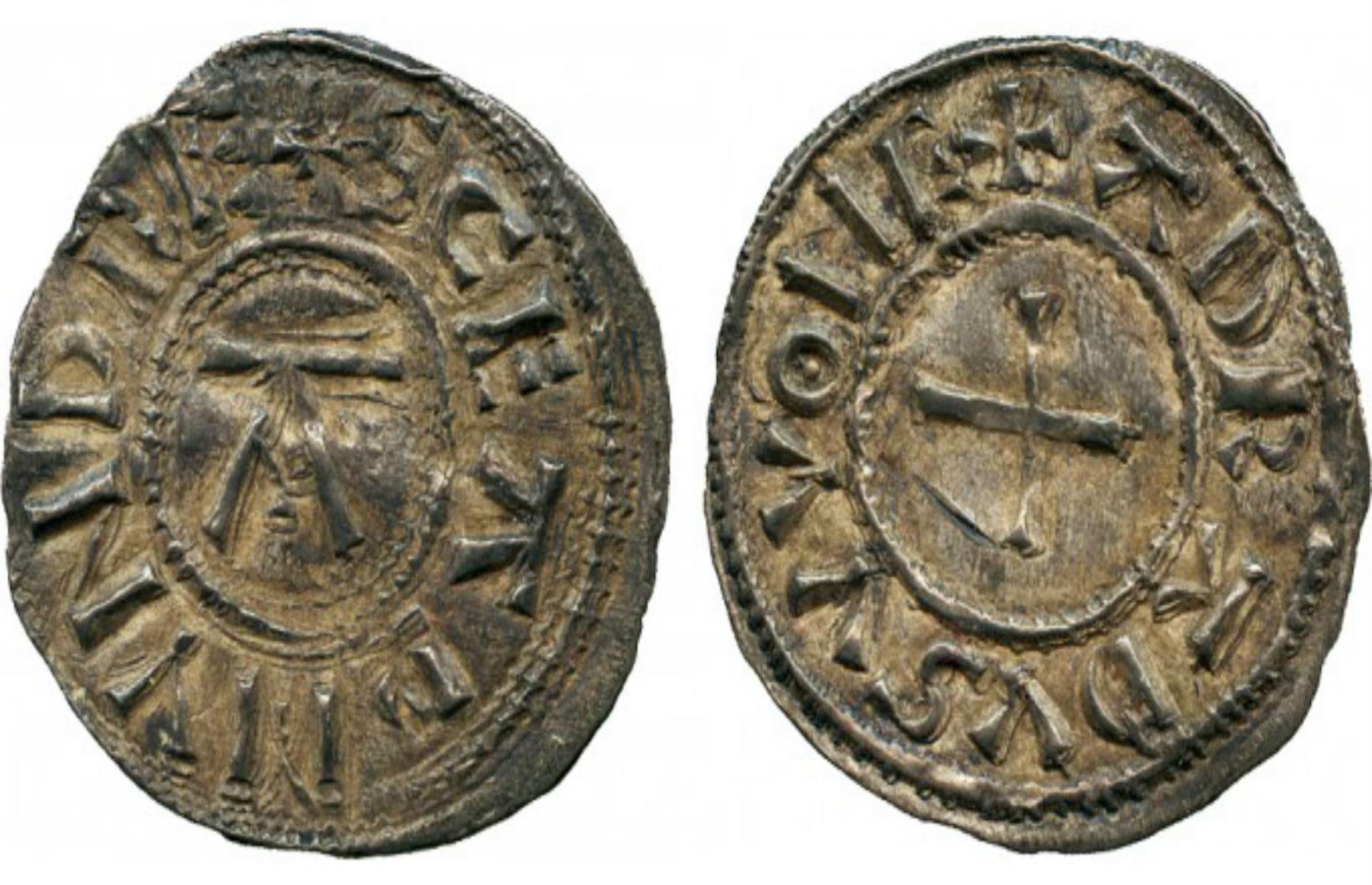 This St Edmund memorial coin dates back to 885-915 and the Kingdom of the East Anglia, a small independent kingdom of the period made up of what is now Norfolk and Suffolk. On the reverse is a large cross pattee. It’s worth £850.

Are these the world's most worthless currencies?

This silver halfpenny is from the reign of Richard III, between 1483 and 1485, the last king of the House of York. On the front is an image of a crowned bust. It’s worth a massive £1,000.

Read about the world's most valuable coins

The guinea was the first English machine-struck fine gold coin, and was originally worth 20 shillings. That’s about £1 in today’s money. This coin was issued between 1787 and 1799, and you can buy your own for a whopping £1,499.