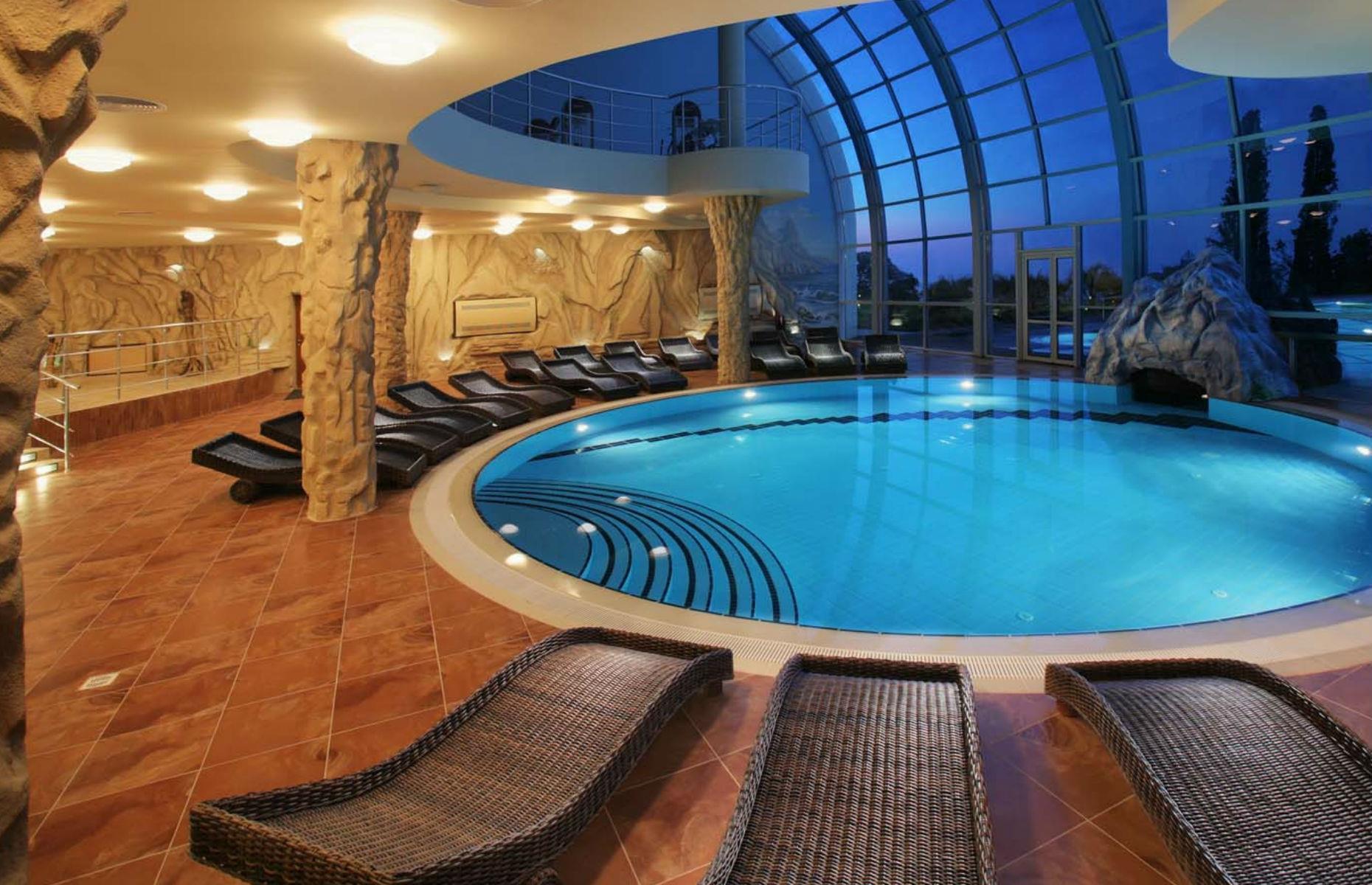 What do you buy when you already have everything? Luxurious homes, private jets, and expensive schools have long been the preserve of the super-rich. But as the number of millionaires and billionaires increases, people are looking for other ways to show off their status – and the latest 'must-haves' are anything but conventional. Read on as we round up some of the strangest things the world's super-wealthy are spending a fortune on today, from moon rocks to multimillion-dollar digital art. 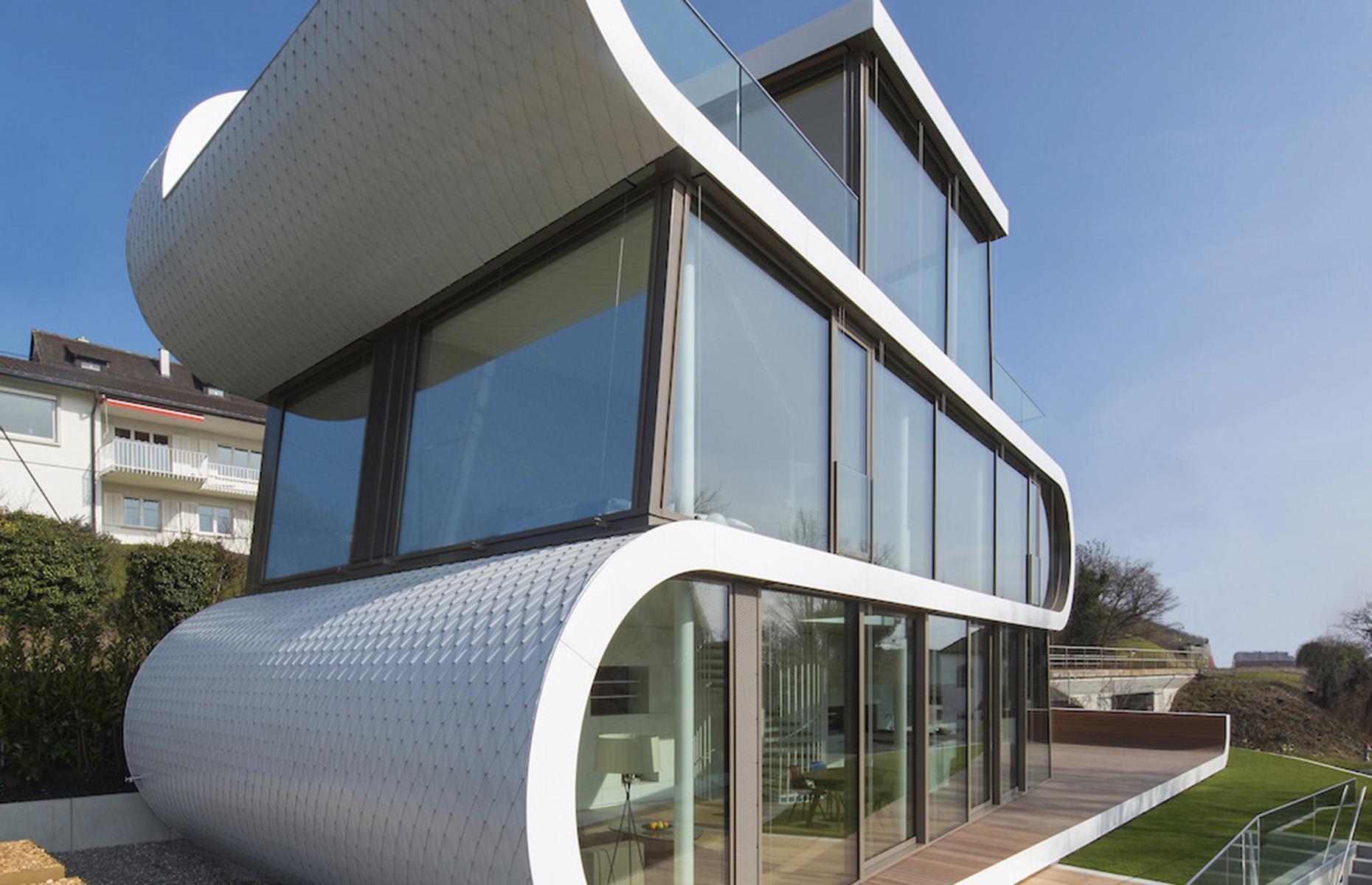 Mansions have always been a pretty good indicator of a person’s wealth, but micro-mansions have recently become all the rage among the ultra-wealthy. They may be small in size but they're packed with state-of-the-art gadgets, and some even go deep underground. The one pictured is the Flex House in Zurich, Switzerland and was created by Evolution Design. It boasts panoramic views of the city, floor-to-ceiling glass panels, a spacious veranda and, of course, 'look at me' status.

Although they're sometimes billed as a more affordable way to experience luxury, the world's wealthiest can buy a fleet of micro-mansions in different locations – a lifestyle that's unavailable to most. 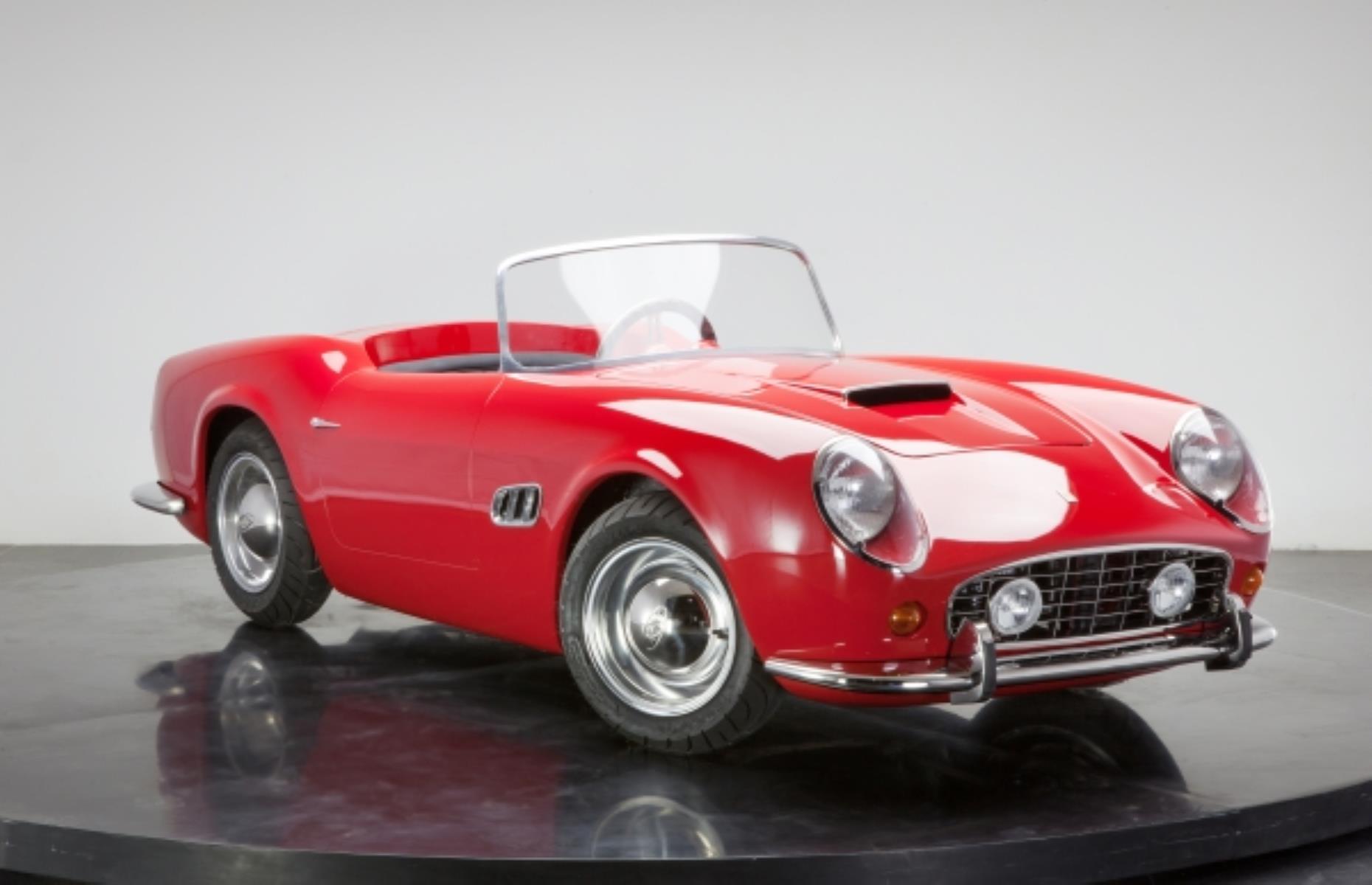 It's no secret that the rich and famous like to travel in style. However, it's not just adults who can own an expensive set of wheels. Cars for kids might not be legal on the roads but they're hot property on the playground. Kim Kardashian's daughter Chicago West was given a mini Mercedes G-Wagon (in neon green) for her first birthday, which probably retailed for around $480 (£350). Vintage child-sized cars can sell for more than 20 times that price – models such as the Ferrari pictured, for example, can cost anything from $10,000 (£7.28k) to $100,000 (£72.84k)! 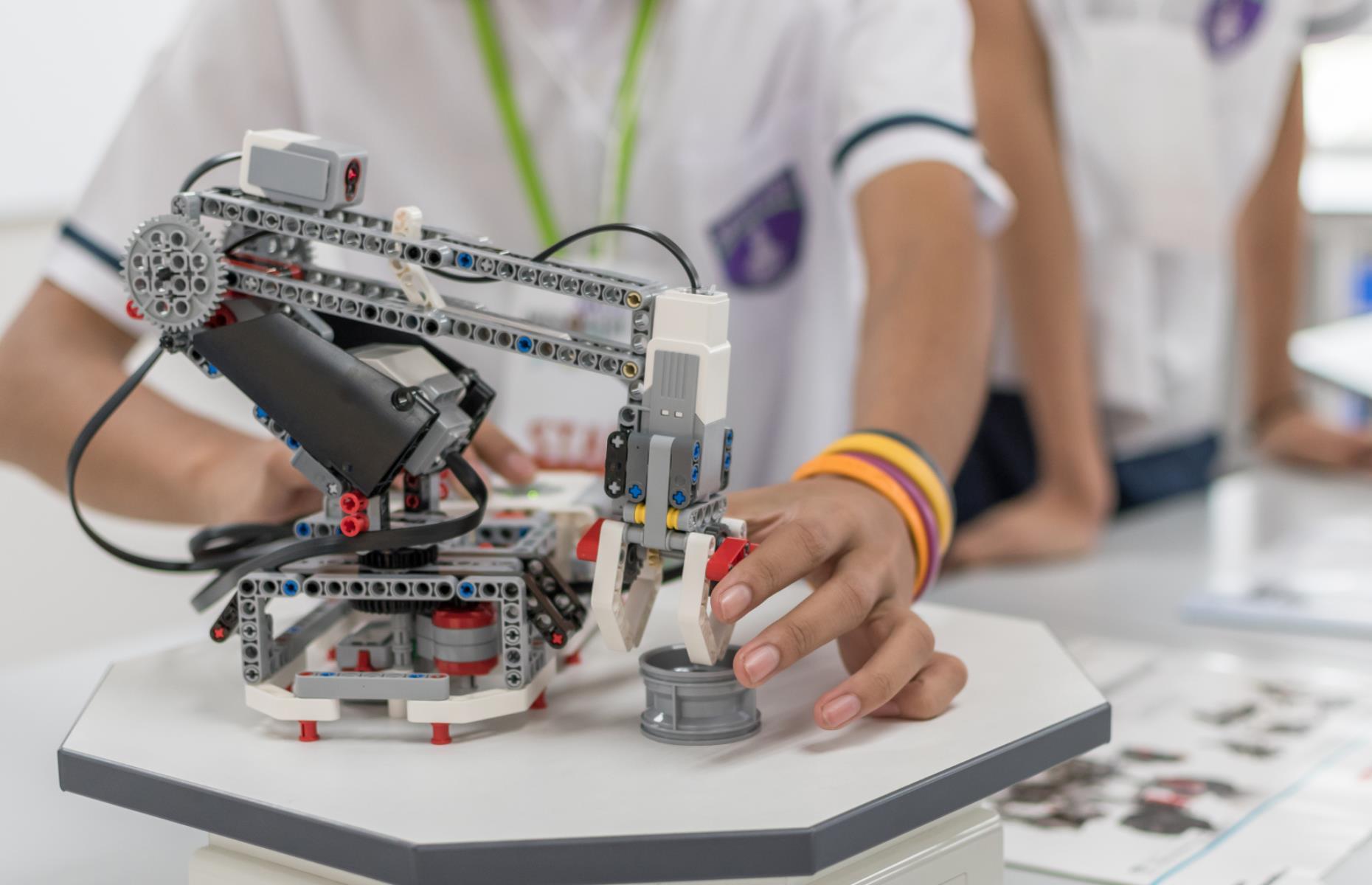 The latest trend among the super-rich is to set up their own schools. Tesla CEO and SpaceX founder Elon Musk started his experimental school called Astra Nova (meaning 'new stars' in Latin) in 2016 in order to teach his children and those of selected SpaceX employees for no fee. The school taught unconventional subjects such as robot building, AI and even nuclear politics. It's since been opened up beyond SpaceX employees, and last year started to offer online learning, although the elite school does now charge for its services.

Musk isn't the only super-rich person branching out into education. Miami-born rapper Pitbull (né Armando Christian Pérez) helped to launch a chain of charter schools (public schools funded by private companies) with a sports focus, with the flagship school opening in 2012. In 2020 rapper Ye, formerly Kanye West, launched the Yeezy Christian Academy for his children. His ex-wife Kim Kardashian featured in the promotional material, although it hasn't had much publicity since. And in 2021, George and Amal Clooney – along with Don Cheadle, Eva Longoria, Kerry Washington, Mindy Kaling and others – came together to launch a new high school in LA. Called the Roybal School of Film and Television Production, the school will train teenagers in underserved communities for jobs in the film industry.

Private islands are becoming more and more popular for the elite, and particularly so during the pandemic. Some of the best private islands in the world are up for sale for anywhere from $400,000 (£292k) to over $64 million (£47m). Google co-founder Larry Page has a private island in the British Virgin Islands, while American magician David Copperfield is thought to have dropped a cool $50 million (£36.4m) buying up four islands in the Bahamas. 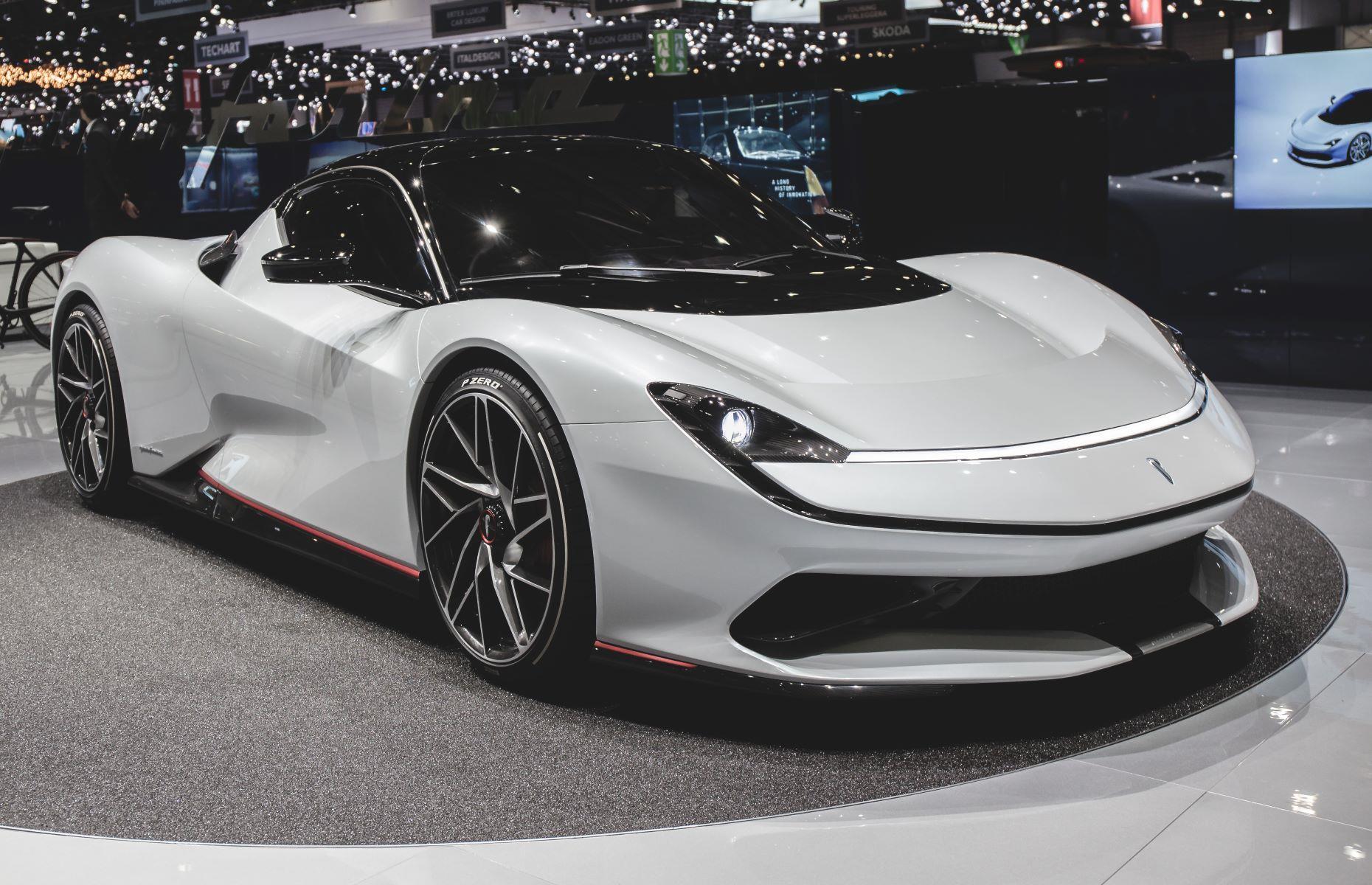 Environmentally-friendly transport has become one of the biggest status symbols, as the super-rich cast aside their Lamborghinis in favour of electric cars with increasingly high performance.

Pictured is the Pininfarina Battista, an electric vehicle that's been described as the most powerful road-legal, mass-produced car ever. The first car manufactured by Italian design house Pininfarina, the Battista can rocket from 0-186mph in under 12 seconds – and the super-rich who wanted to get their hands on this super-car had to move quickly too. In 2019, it was reported that just 150 models would be sold, each costing around $2.6 million (£1.9m). This price apparently includes five years of unlimited charging on the ChargePoint network of electric car charging stations. 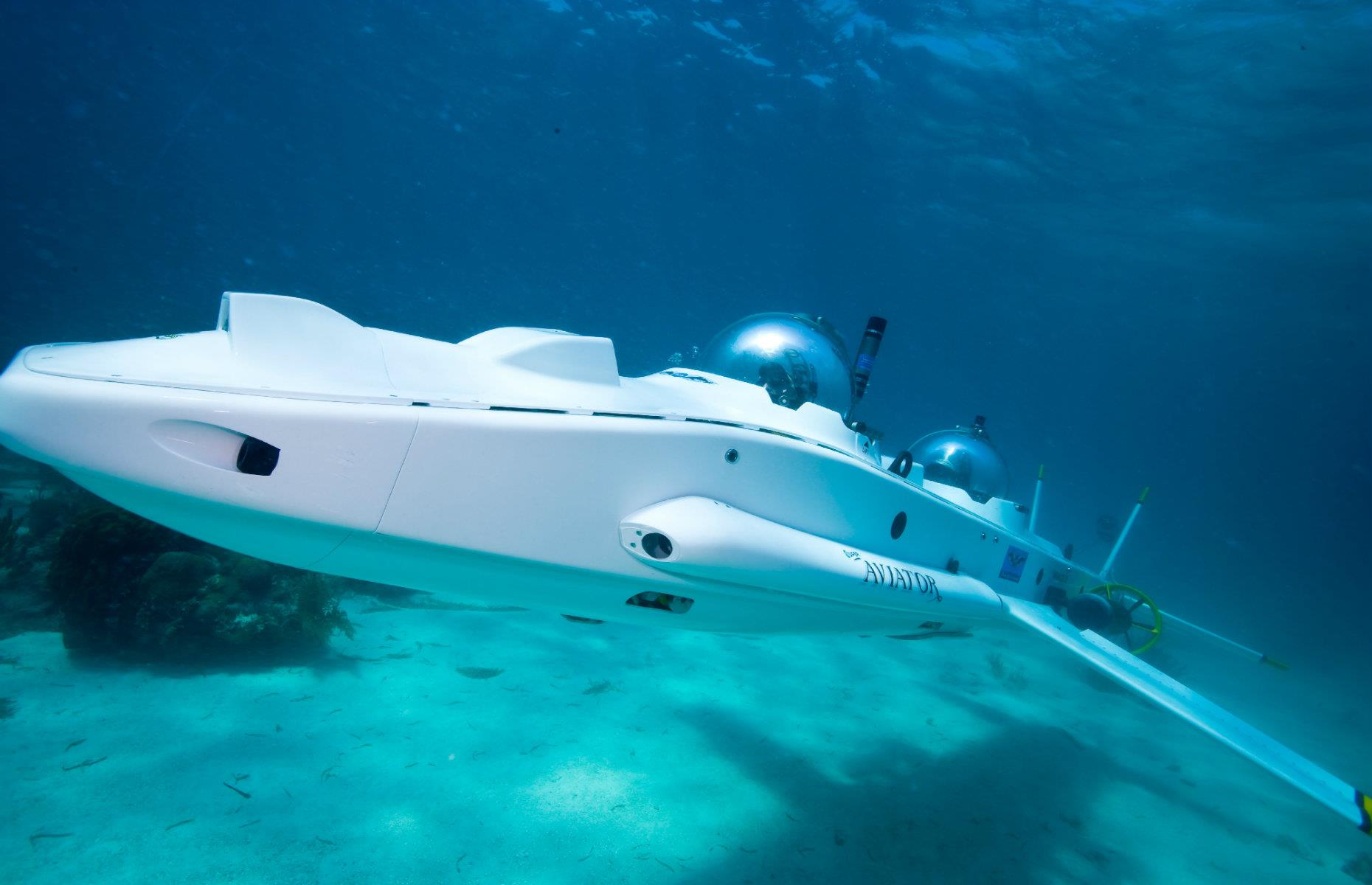 For the super-rich, it's quite possible, and as it turns out increasingly common, to purchase your very own private submarine. This became a reality in 2013 when the Spymaster Orcasub (pictured) went on sale at Harrods for around $9 million (£6.6m) – although there's a marginally more affordable $3 million (£2.2m) version available too. This extravagant vehicle will allow you to remain underwater for 80 hours, travelling as far as 6,000 feet under the ocean. 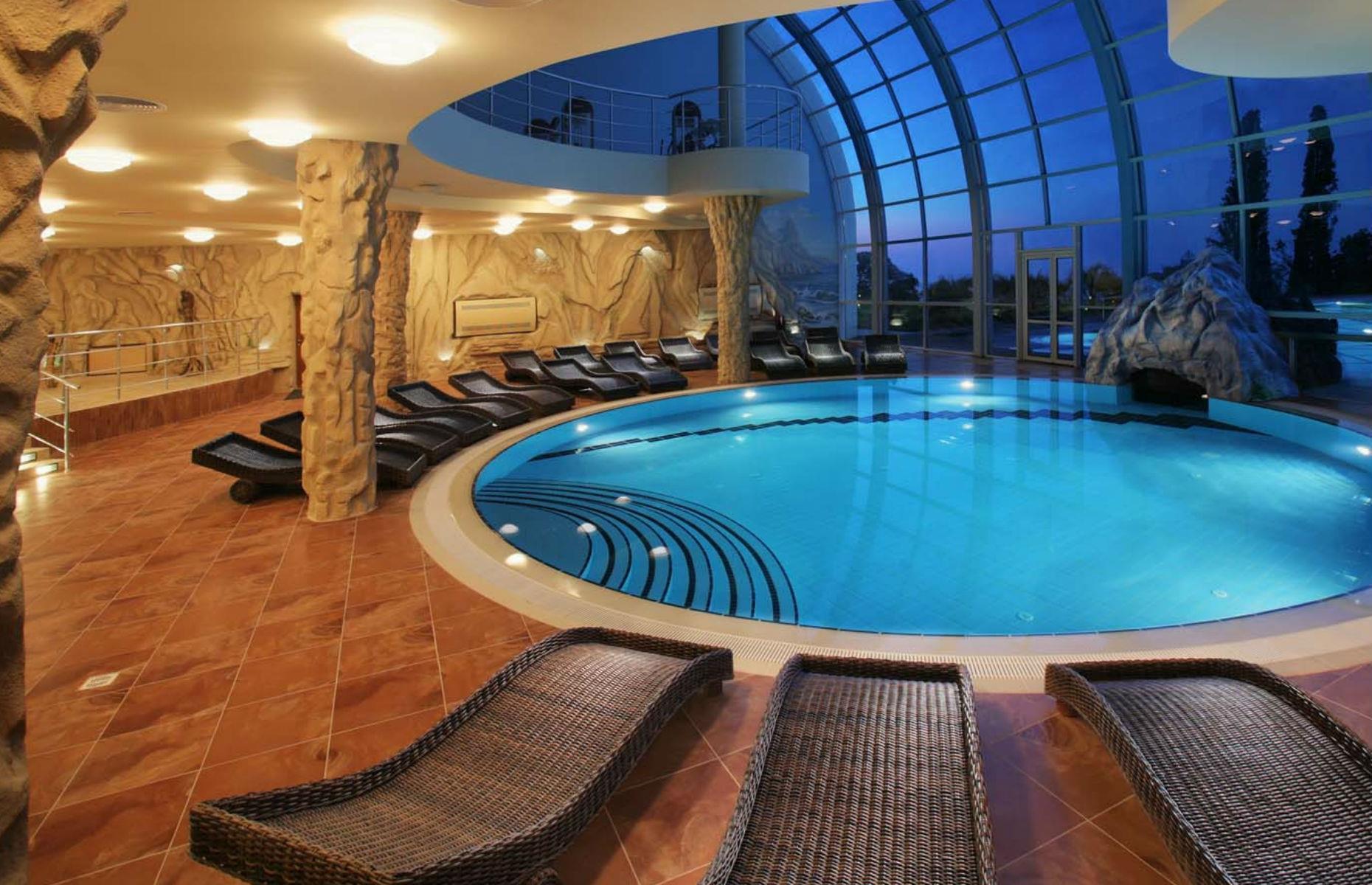 No longer content with a multimillion-dollar mansion (and mini-mansion), now the super-rich are ploughing money into underground bunkers for "ultimate survival". Able to withstand a nuclear blast, armed attacks, earthquakes and tsunamis, and pandemics, hardened facilities such as the Vivos Europa One (pictured) in Germany will keep its billionaire owners safe. This particular one is a five-star, invite-only survival complex, and is valued at around $1 billion (£730m).

See some amazing billionaire bunkers on our sister site lovePROPERTY.com 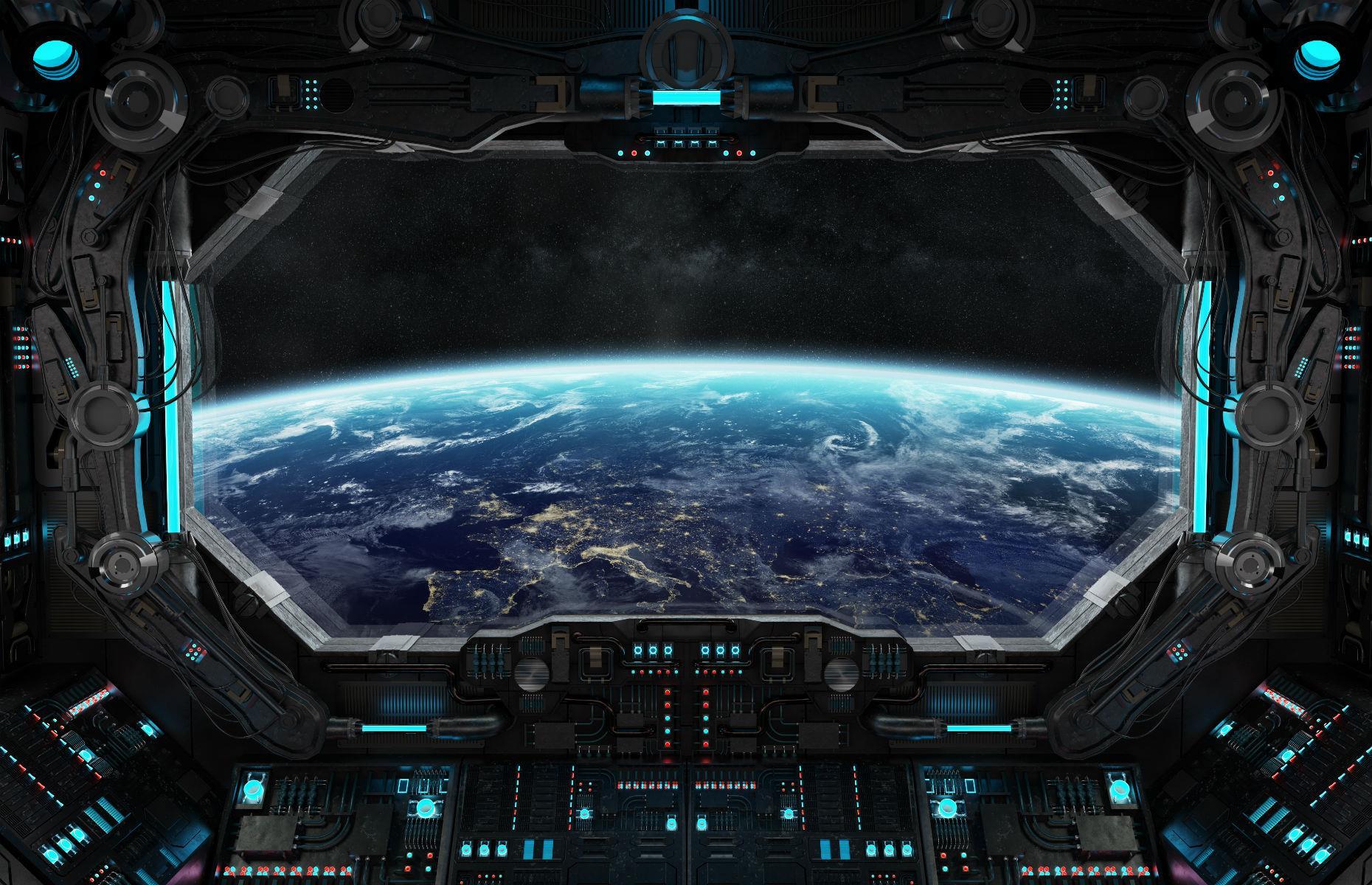 A ticket to space

Elon Musk may have outstripped Jeff Bezos in terms of net worth, but Bezos won the billionaire space tourism race in July 2021 when his company Blue Origin launched its first crewed mission. British billionaire Richard Branson also has intergalactic ambitions. Virgin Galactic has been selling tickets for flights on its SpaceShipTwo – a spaceplane designed to carry six passengers and two pilots – for $250,000 (£182k) each, although the date of the flight keeps changing.

Celebrities from Ashton Kutcher to Russell Brand have previously bought tickets for Virgin Galactic, while William Shatner shot to space aboard Bezos' craft last October. It's no surprise that the rich and famous are increasingly paying for space travel. After all, when you can afford almost anything on Earth, it's time to look further afield. 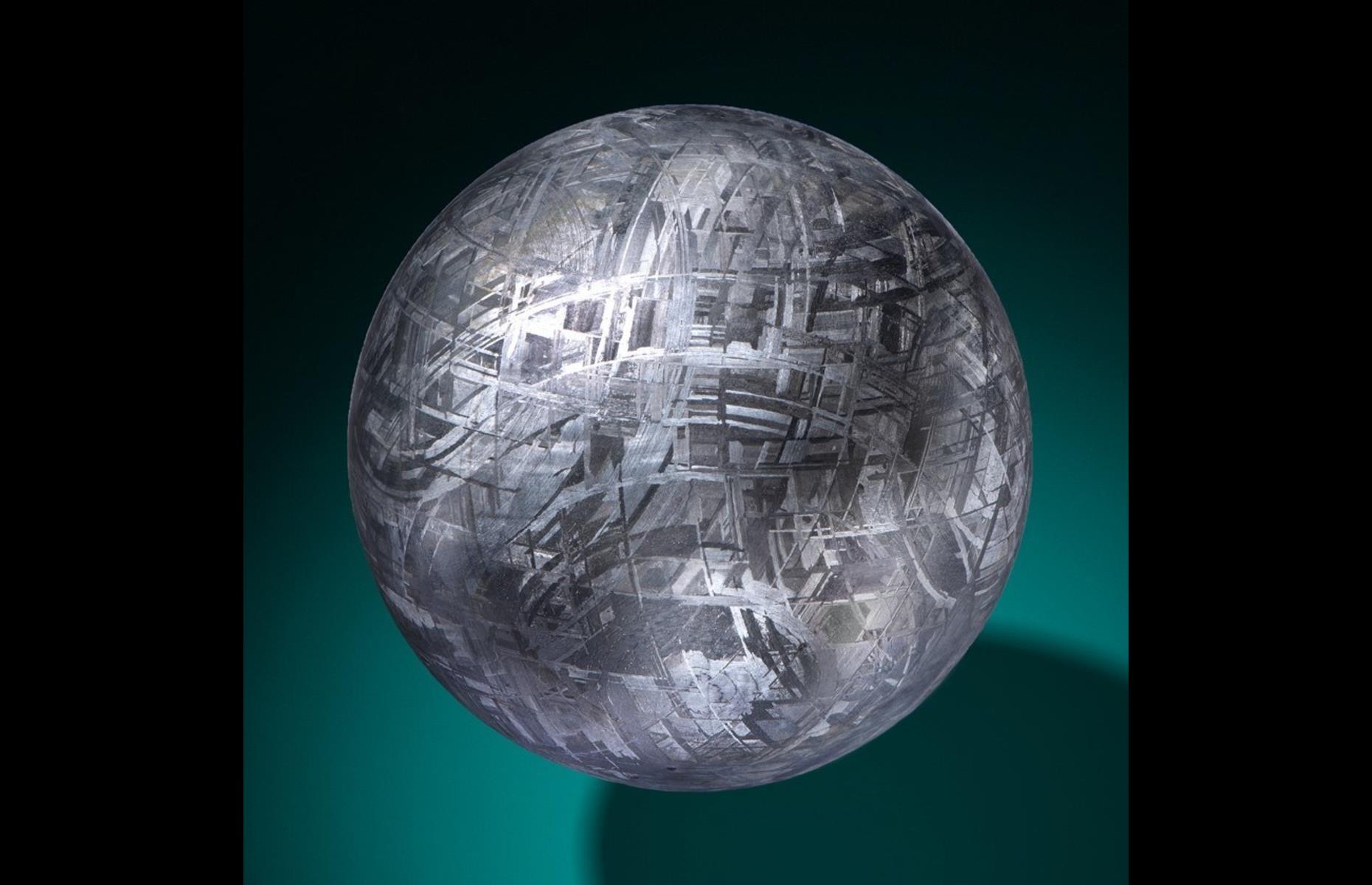 And it's not just intergalactic travel that some people are after. For the super-rich who have everything they need, souvenirs from outer space hold great allure. In fact, interest in meteorites from rich and famous collectors has meant that the rocks have gone up dramatically in price. Both Elon Musk and film director Stephen Spielberg are said to be meteorite collectors, while Indian millionaire Naveen Jain has the largest private meteorite collection, which is currently worth $5 million (£3.65m).

In February 2021, an auction of 75 meteorites at Christie's auction house generated millions. The top lot was a piece of the moon that likely fell to Earth after an asteroid or comet hit it, which sold for $525,000 (£382k). Pictured is a Muonionalusta meteorite, formed deep in the iron core of an asteroid that resided between Mars and Jupiter, that has since been fashioned into a sphere. It sold for $350,000 (£255k), more than 19 times its top estimate of $19,000 (£13.8k), at the Christie's auction last year. 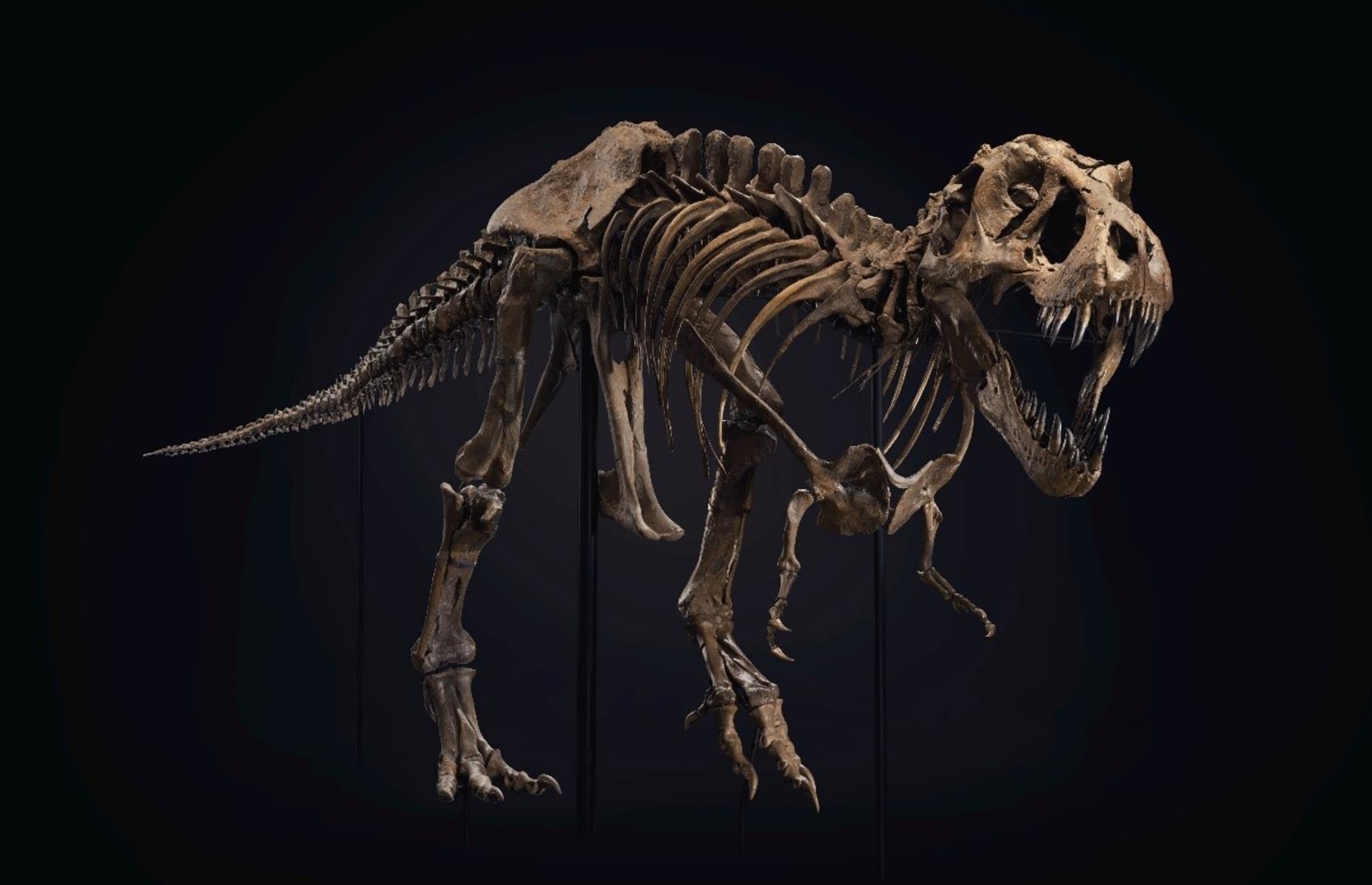 No longer solely the realm of museums, a growing number of wealthy individuals are buying dinosaurs for their private collections. Stan the T-rex (pictured), one of the most complete Tyrannosaurus rex skeletons ever found, went up for auction in October 2020. With an estimated sale price of around $8 million (£5.8m), Stan was expected to become one of the most expensive dinosaurs ever sold. In fact, Stan defied all predictions and sold for a whopping $31.9 million (£23.3m), the highest price ever achieved by a fossil. However, the sale to an unknown, private bidder upset the scientific community, with Tyrannosaurus expert Thomas Carr describing it as "terrible for science". 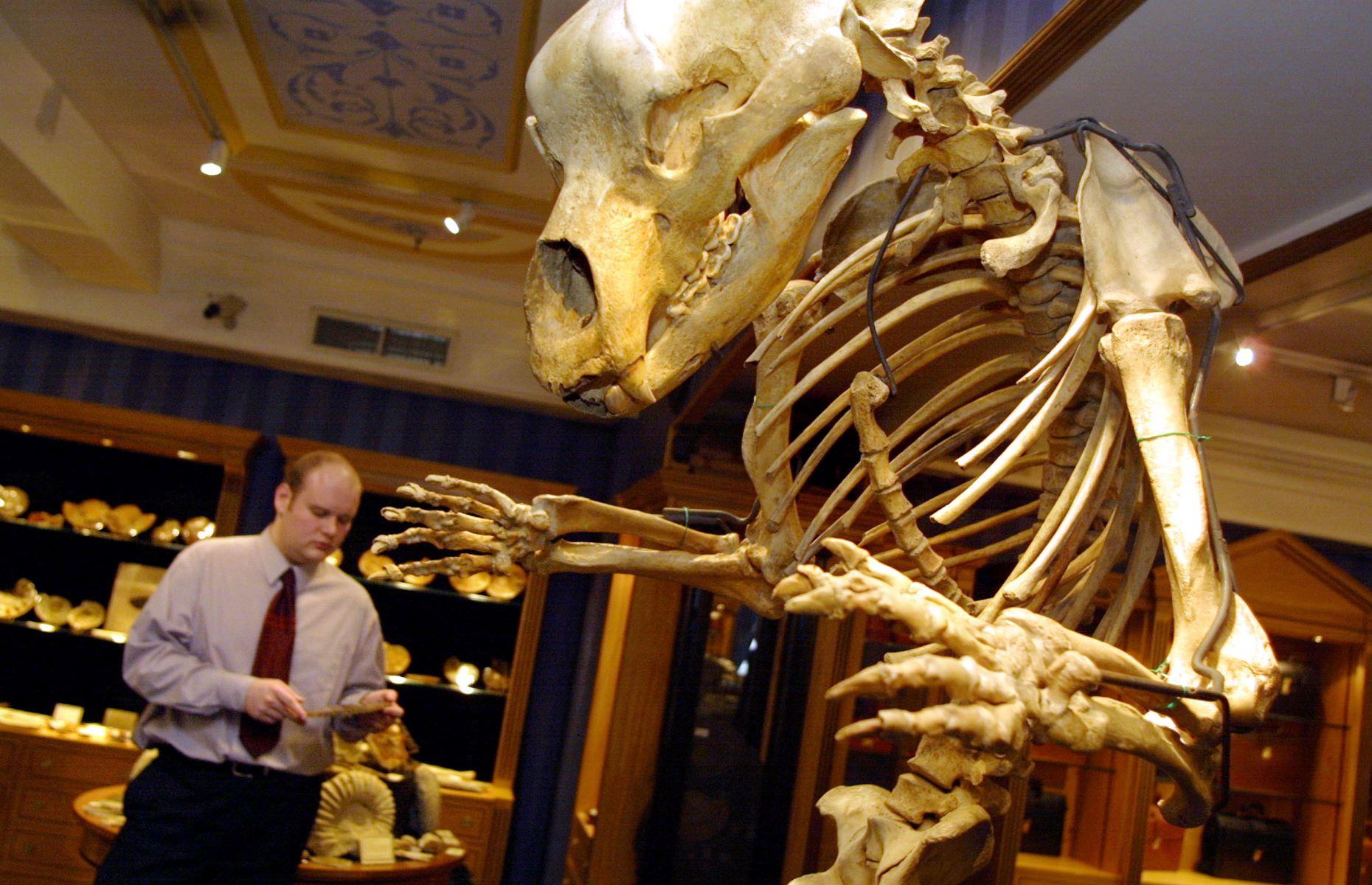 And it's not just dinosaurs that the super-wealthy are snapping up. Ancient fossils, eggs, and skeletons have all found their way into the hands of the rich and famous too, sparking a fierce debate on the ethics of ownership. Pictured is a customer admiring a fossil and 200,000-year-old cave bear skeleton at Fortnum & Mason, the exclusive London department store, in 2001. The store's collection included a 75 million-year-old Therizinosaur egg on sale for $450 (the equivalent of $710/£515 in 2021), while the bear skeleton cost $16,000 (the equivalent of $25.2k/£18.4k). 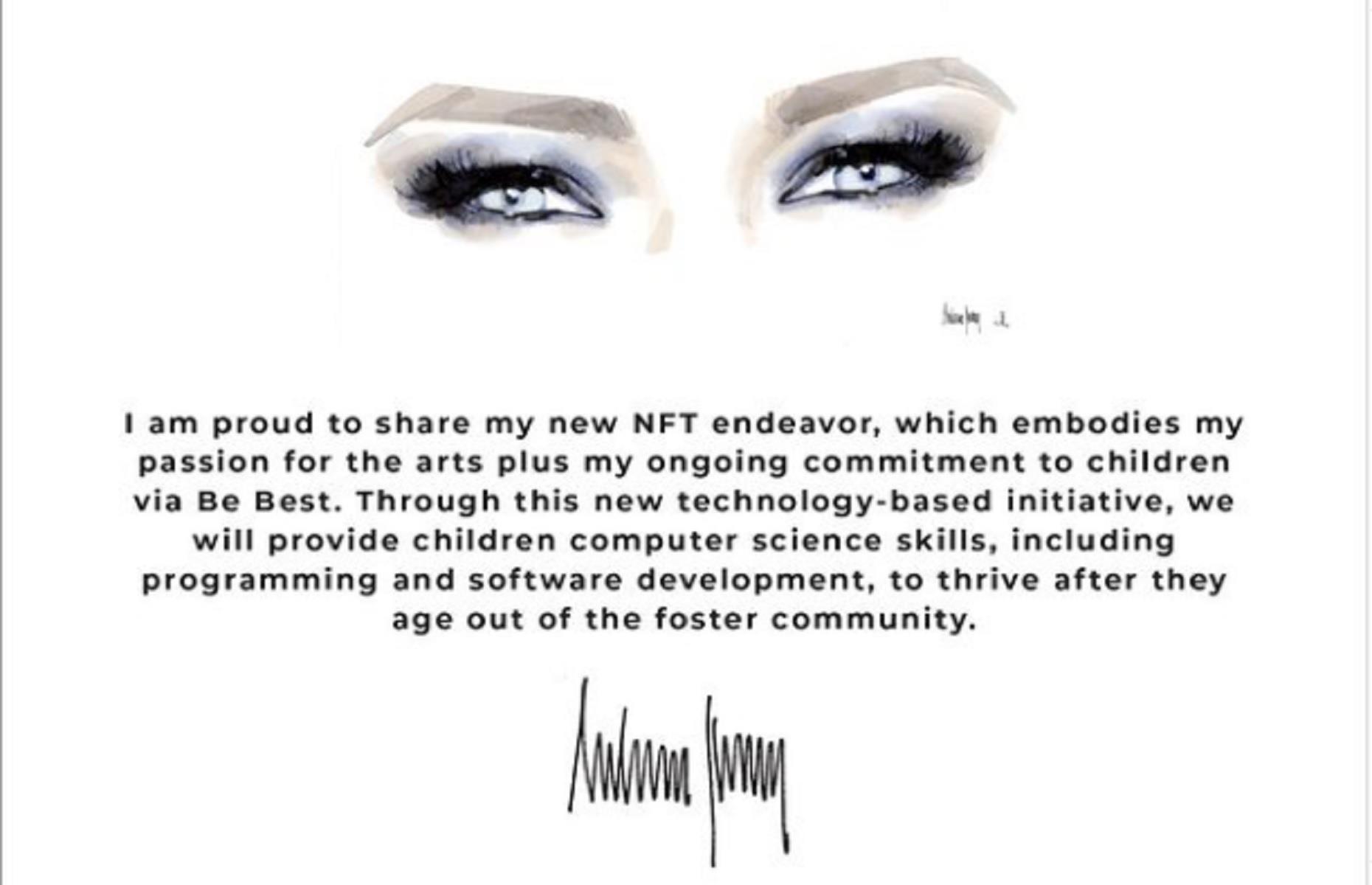 Non-fungible tokens, or NFTs, are the latest digital craze attracting and confusing people in equal measure. These unusual investments are digital assets that act as virtual certificates for real goods or objects, such as artworks. They confirm that somebody owns the authentic version of a work, but although they have the social kudos that comes with ownership, they don't own the underlying copyright. They might seem pointless – however, NFTs have become the ultimate status symbol for those who can afford them, with so-called 'digitart' auction sales totalling a record $6.5 billion (£4.75bn) in 2021.

Former First Lady Melania Trump is the latest high-profile celebrity to jump on the NFT bandwagon. In December 2021, she launched Melania's Vision, an NFT in the form of a watercolour picture of her eyes (pictured). It was on sale for 1 SOL (a cryptocurrency token named Solana) or $150 (£110). But other NFTs have sold for far larger amounts. Last year, digital artist Beeple sold a collection of virtual artwork called The First 5000 Days for a staggering $69.3 million (£50.5m).