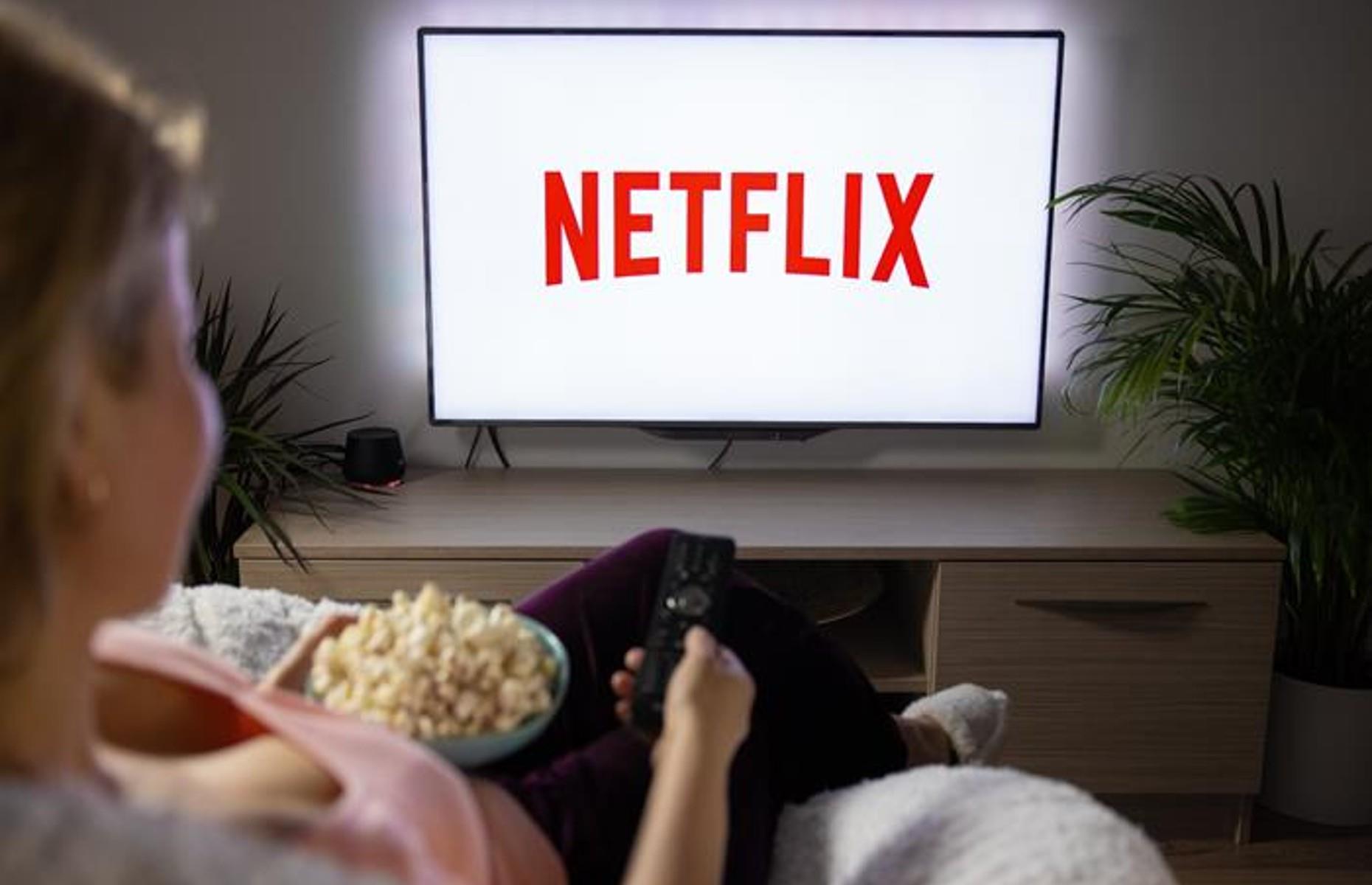 From a fledgling DVD subscription business to one of the world’s most powerful media empires, it’s hard to imagine a world before Netflix. But did you know about the Netflix secret menu and how to unlock it? Or how about the smart socks that will automatically pause your Netflix show when you fall asleep?

That's right, there are a whole host of fascinating facts you probably didn't know about the streaming giant. Read on to discover them. 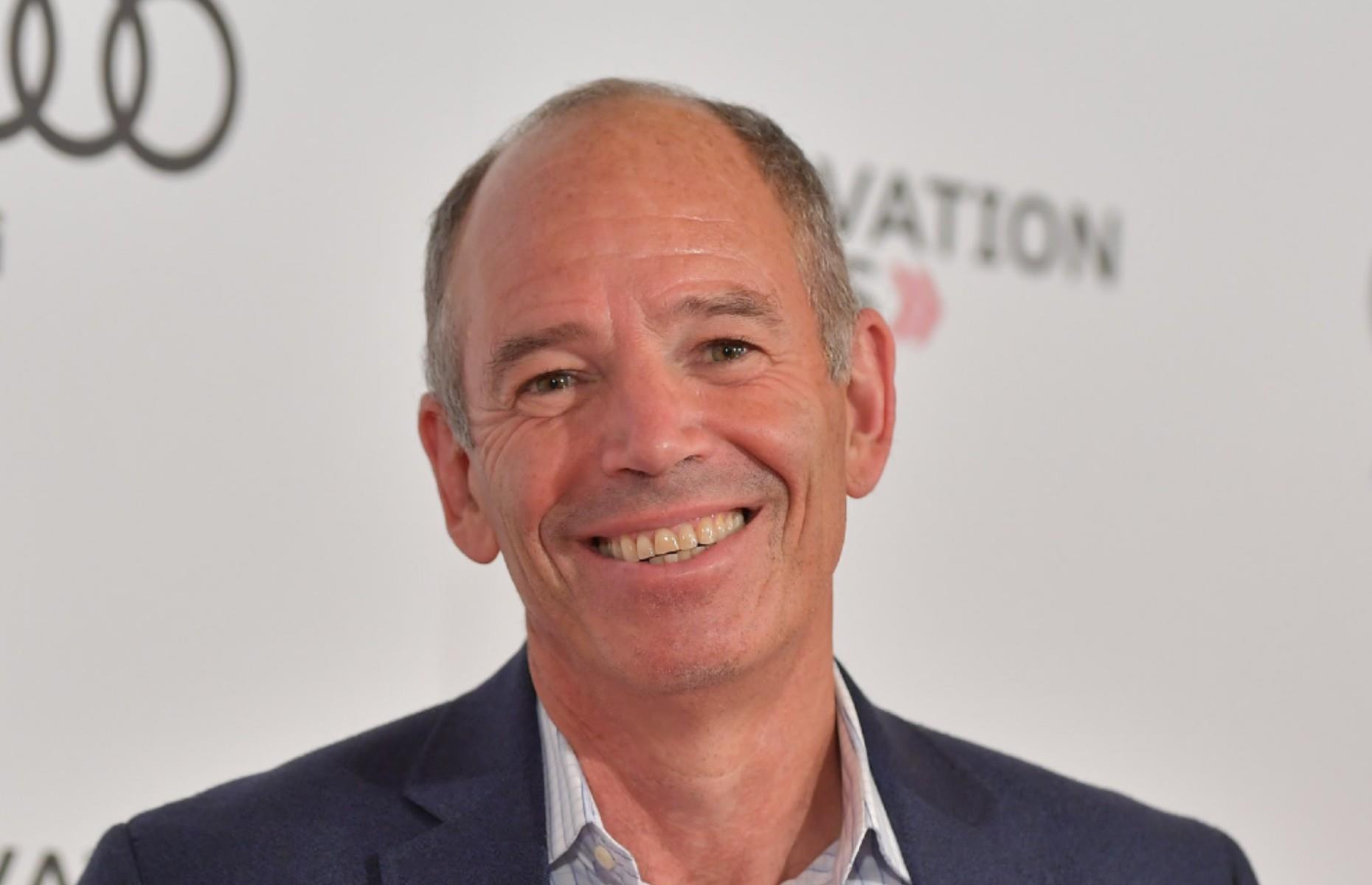 While many people think that Netflix came about after one of the founders was charged a late fee by Blockbuster for renting Apollo 13, the real story is a little less exciting. What actually happened was that two software engineers, Marc Randolph (pictured) and Reed Hastings, wanted to use the internet to rent movies on DVD, which at the time was a new format.

Before the company settled on Netflix, it was orginally going to be called Kibble.com, after co-founder Marc Randolph's dog, and the temporary name was designed to remind everyone of an old advertising saying: "No matter how good the advertising, it's not a success if the dogs don't eat the dog food." Other names on the maybe list were Replay.com, Directpix.com, and Luna.com. 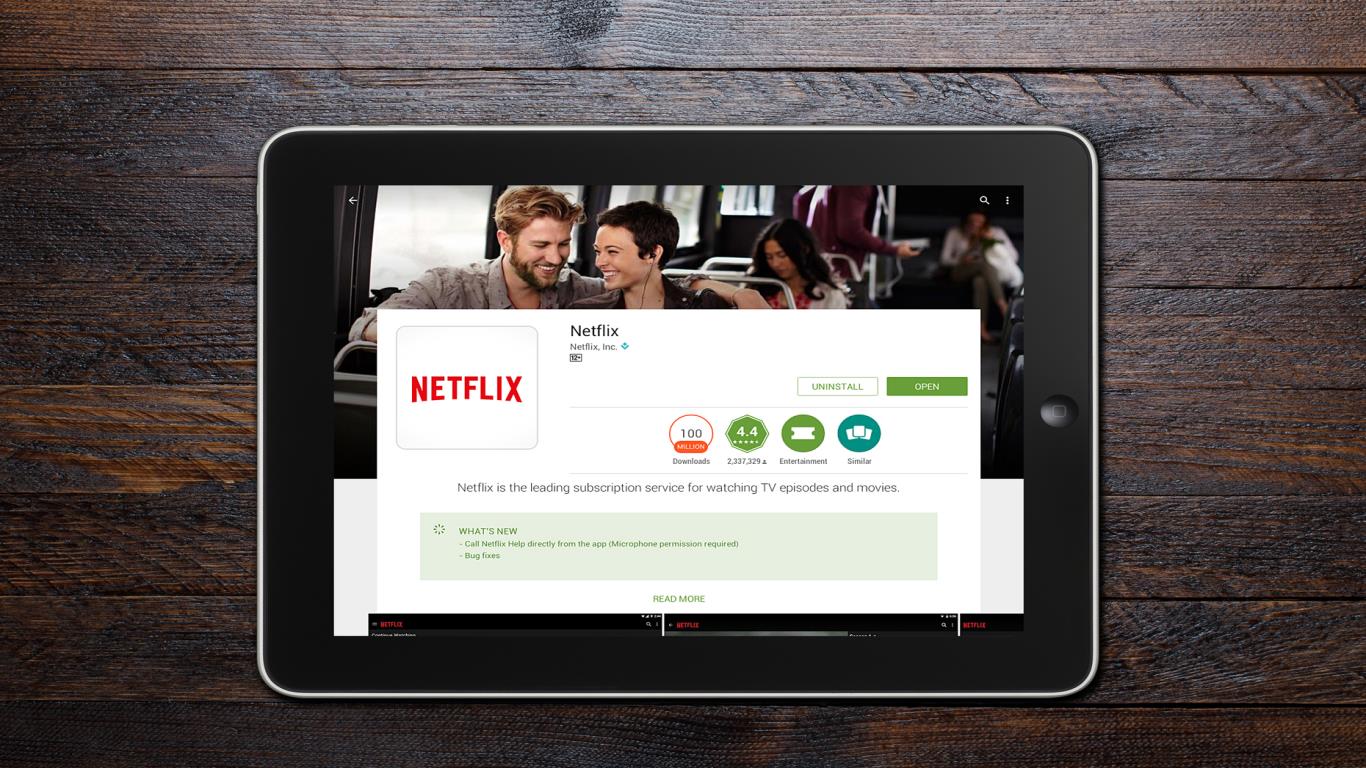 Netflix started out as a mail-order subscription service

The Netflix we all know and love today started out very differently. Established as a DVD subscription service by mail in 1997, the company started out in Scotts Valley, California, and was surprisingly founded before Google, which came on the scene a year later.

Blockbusters turned down a game-changing stake in Netflix

A year after launching, Netflix offered a 49% stake in the company to rival Blockbusters, which at the time had 7,700 stores worldwide. Blockbusters declined the offer, but Netflix had the last laugh as it's now a multi-billion-dollar business, while Blockbusters has all but disappeared.

Netflix was once split into two companies

At first, CEO Reed Hastings separated the streaming service from the DVD rental company, launching Qwikster in 2011 for the latter. However, prices were raised by 60% in the process, which, unsurprisingly, was unpopular with users. In fact, 800,000 subscribers left Netflix, and stocks plummeted as a result.

So, Netflix killed off the DVD rental arm – Qwikster – weeks after its launch, and started to focus on creating original content for its streaming service to attract more users.

House of Cards was the first original Netflix show

House of Cards – the first ever Netflix original show – premiered in February 2013. The company sunk a whopping $100 million (£81.9m) into two 13-episode seasons, but the risk paid off big time.

The first season of the political drama earned eight Emmy nominations and a Best Actress Golden Globe for Robin Wright (pictured), making Netflix the first streaming service of its kind to win such an award. But that was just the beginning of the acclaim...

Netflix was the first streaming platform to earn an Oscar nomination

That very same year, Netflix earned its first of many Oscar nods for the 2013 documentary The Square.

The film, depicting the Egyptian Revolution of 2011, was directed by Jehane Noujaim and was nominated for Best Documentary Feature at the 86th Academy Awards. 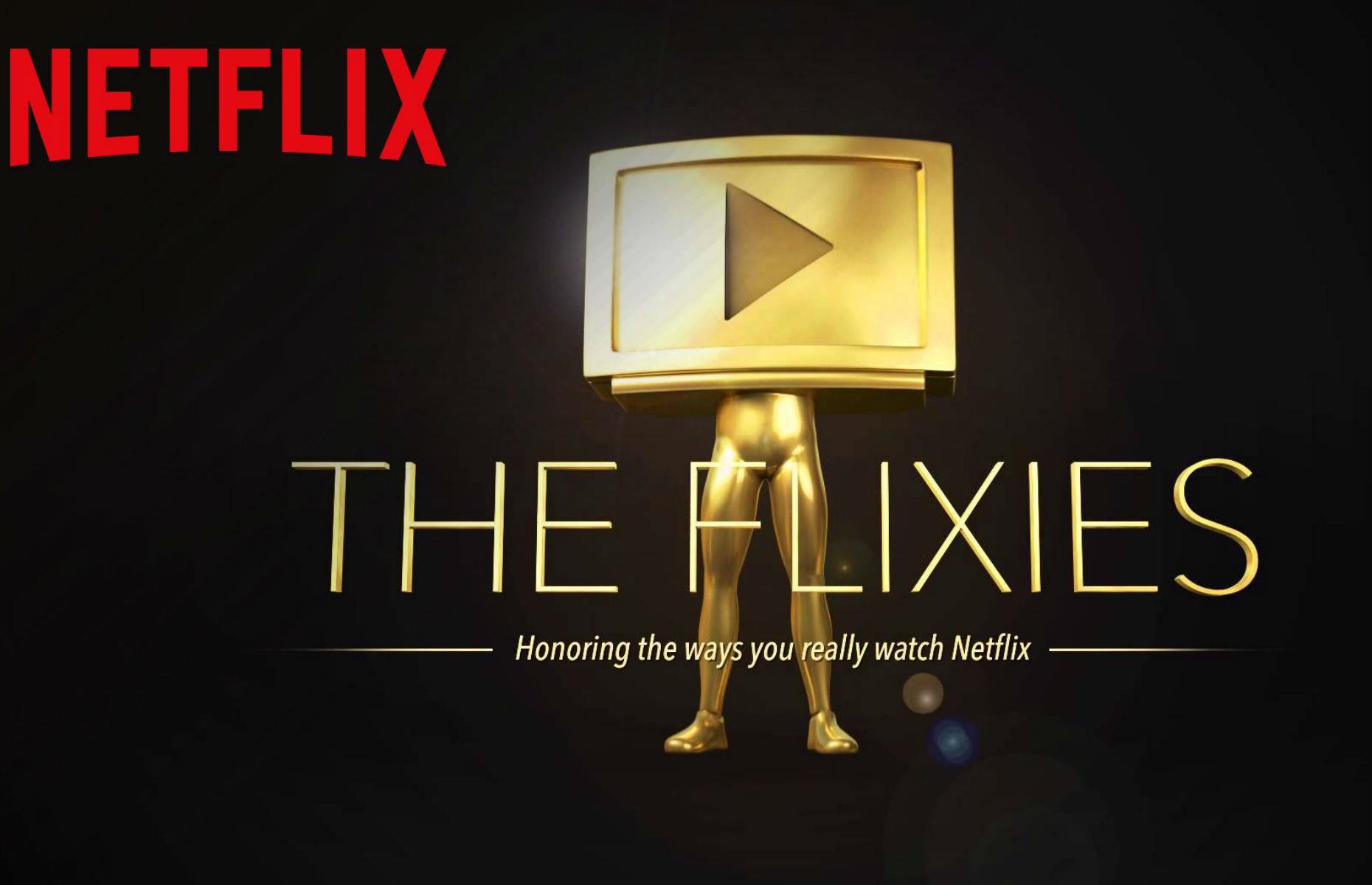 Netflix launched its own award show in 2013

The same year Netflix earned its first Oscar nod, the streaming service experimented with its own awards show.

The Flixies, which were not very serious, were announced with plenty of publicity in 2013, but didn't return for 2014. 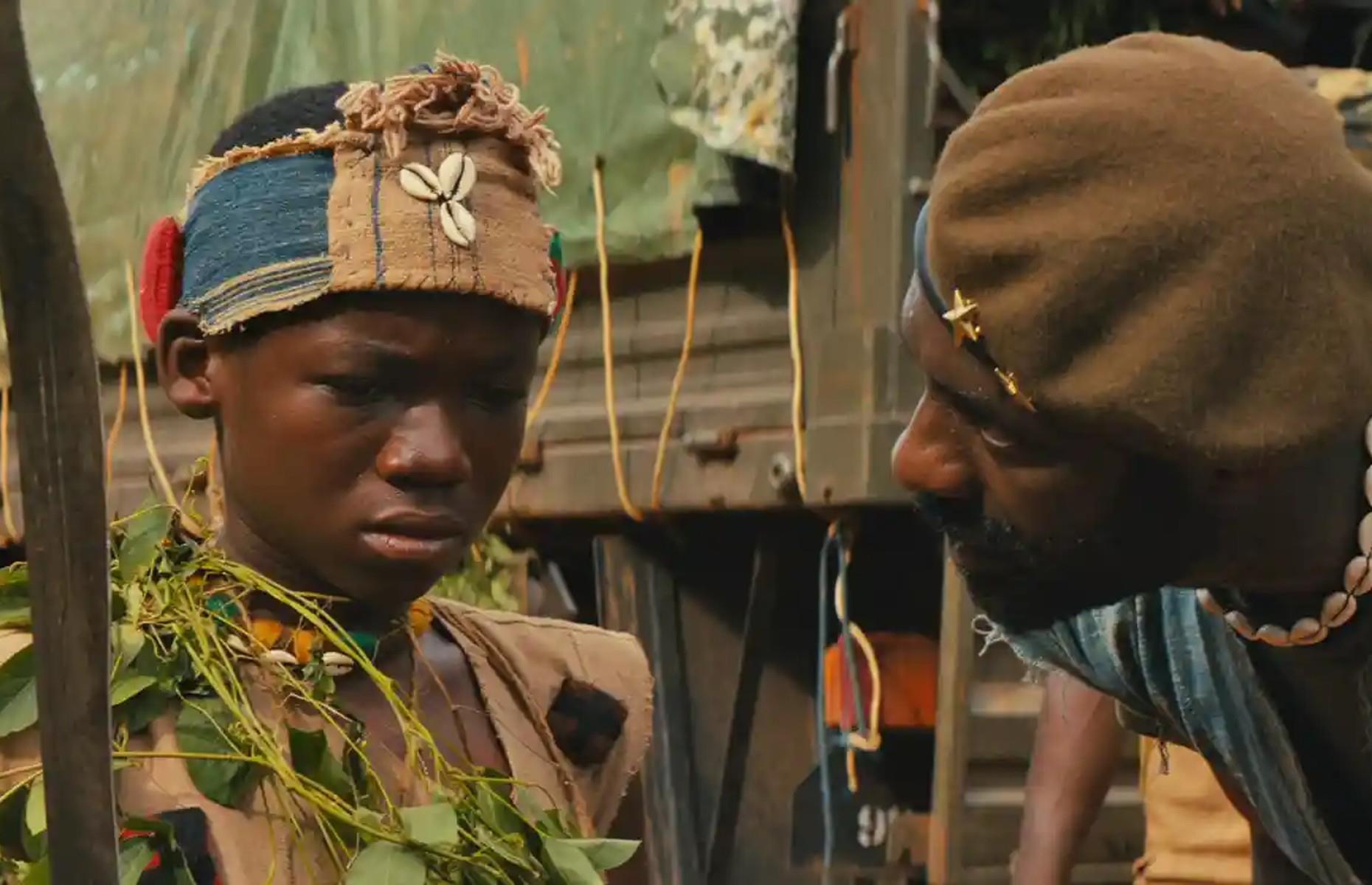 There are around 2,400 original titles on Netflix

Original shows were swiftly followed by films, and the first ever Netflix original movie, Beasts of No Nation, was released on the platform in 2015. The heart-wrenching drama follows the life of a young boy called Agu, living in an unnamed West African country amidst a civil war.

In fact, in 2021, there were around 2,400 original titles on Netflix, with the company reportedly spending an eye-watering $17 billion (£13.9bn) on original content in that year alone. 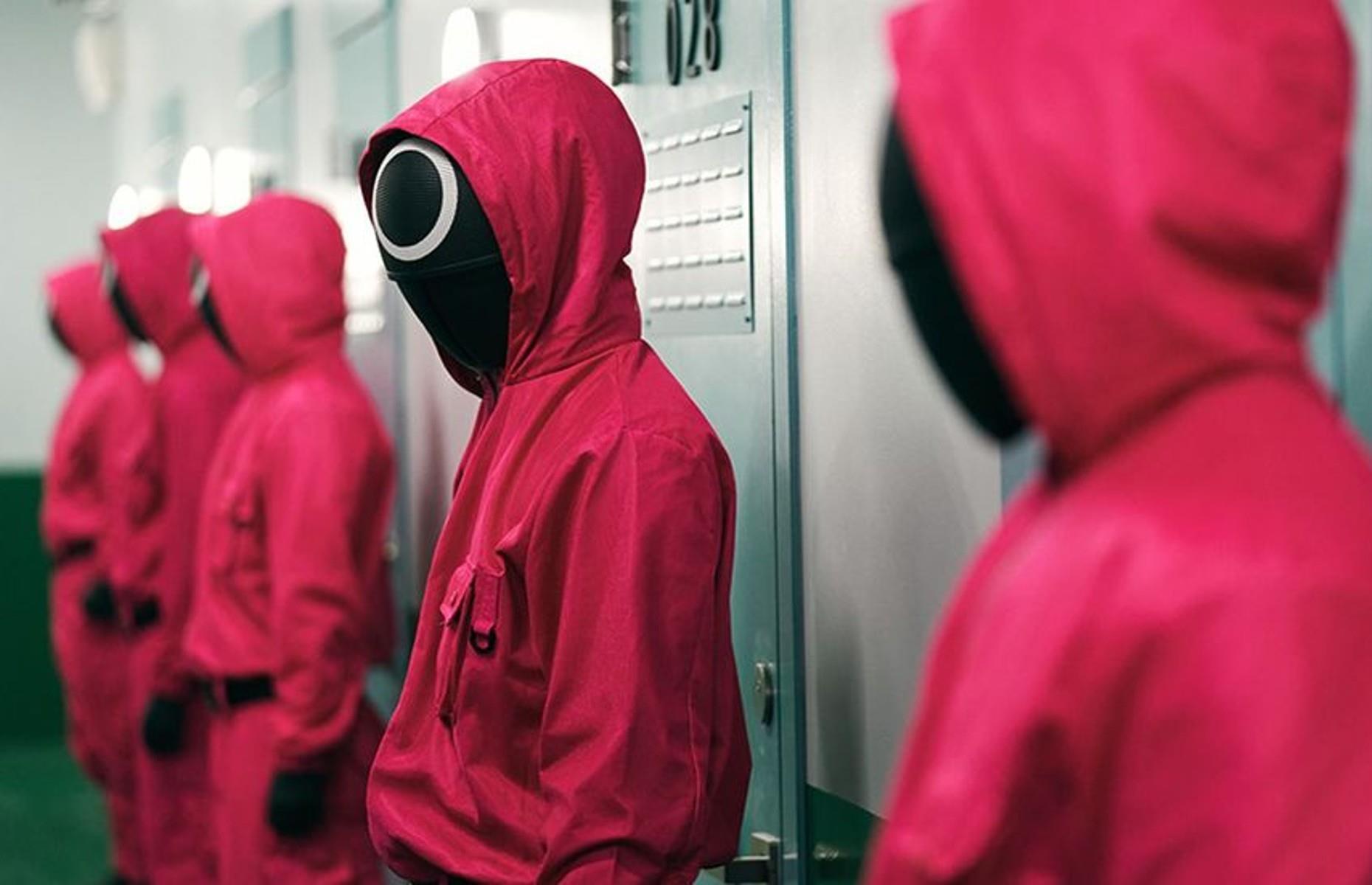 Squid Game is the most watched original show on Netflix

The most watched original Netflix series is the Korean-language show Squid Game, which took audiences by storm when it hit the platform in September 2021.

Over 1.6 billion hours of the grisly survival drama have been devoured by global viewers. 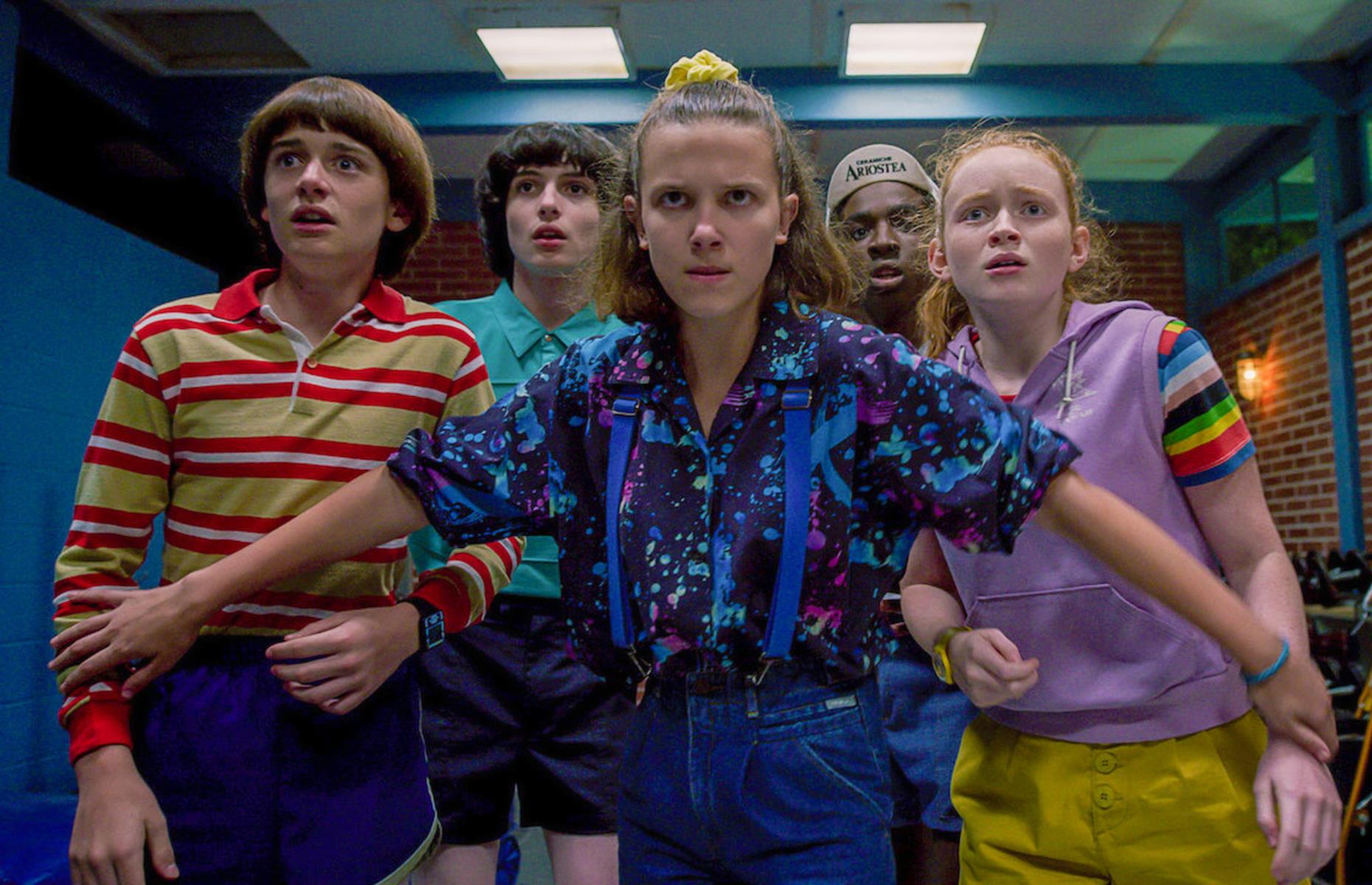 Stranger Things is the most watched English language original show

As for the most watched English language original Netflix show, that's the fourth season of Stranger Things.

The latest instalment of the smash-hit sci-fi show only dropped this May, but audiences have already binge-watched more than 1.2 billion hours. 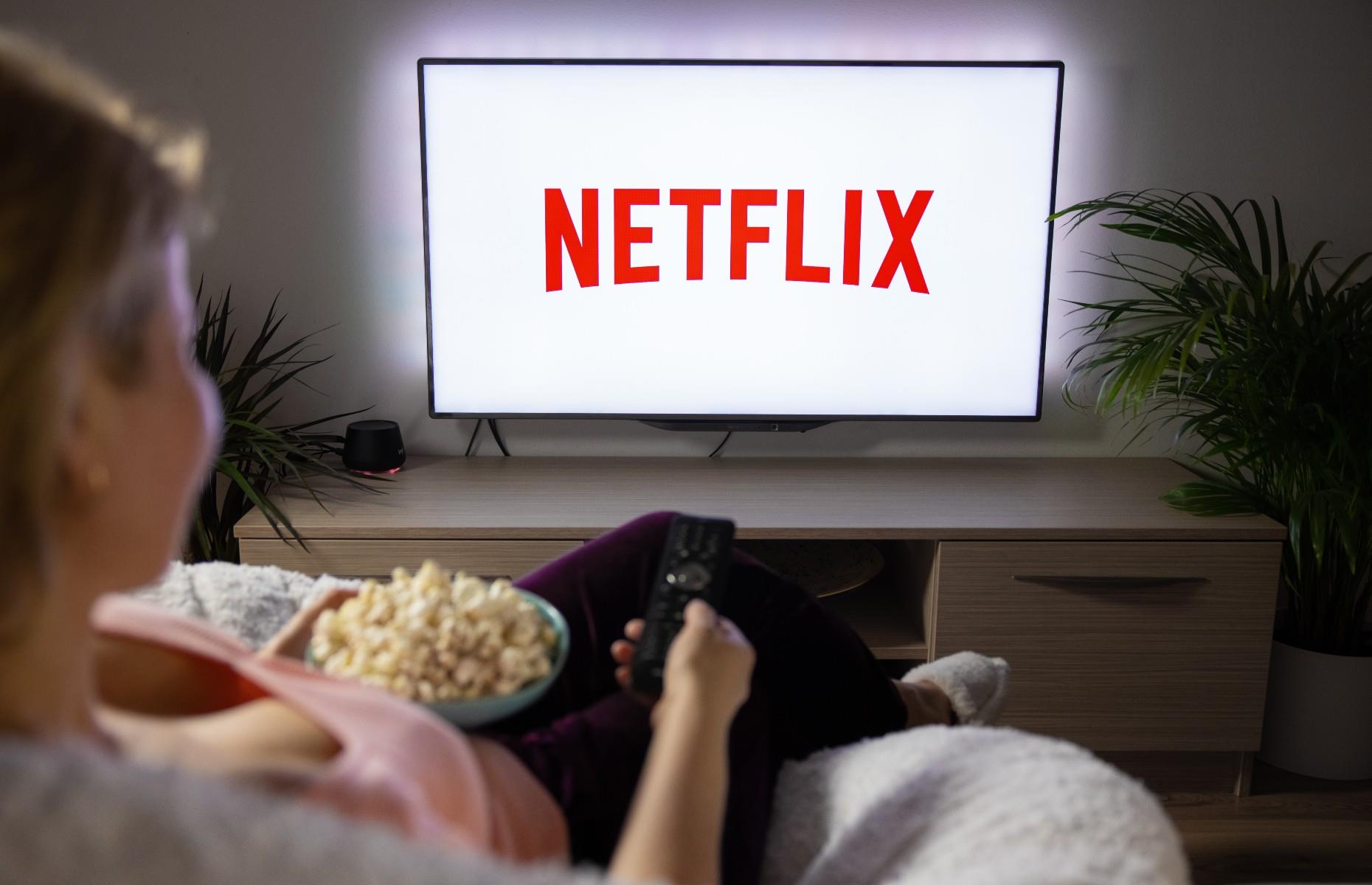 Of course, it's not just original content that can be found on Netflix. The streaming platform boasts a vast entertainment archive.

In fact, as of April 2022, Netflix reportedly boasts 17,000 titles across all its international libraries. That's a whole lot of binge-watching!

Netflix has more than 76,000 genres to choose from

These include everything from 'Wine and Beverage Appreciation' to 'Cerebral Scandinavian Movies'. 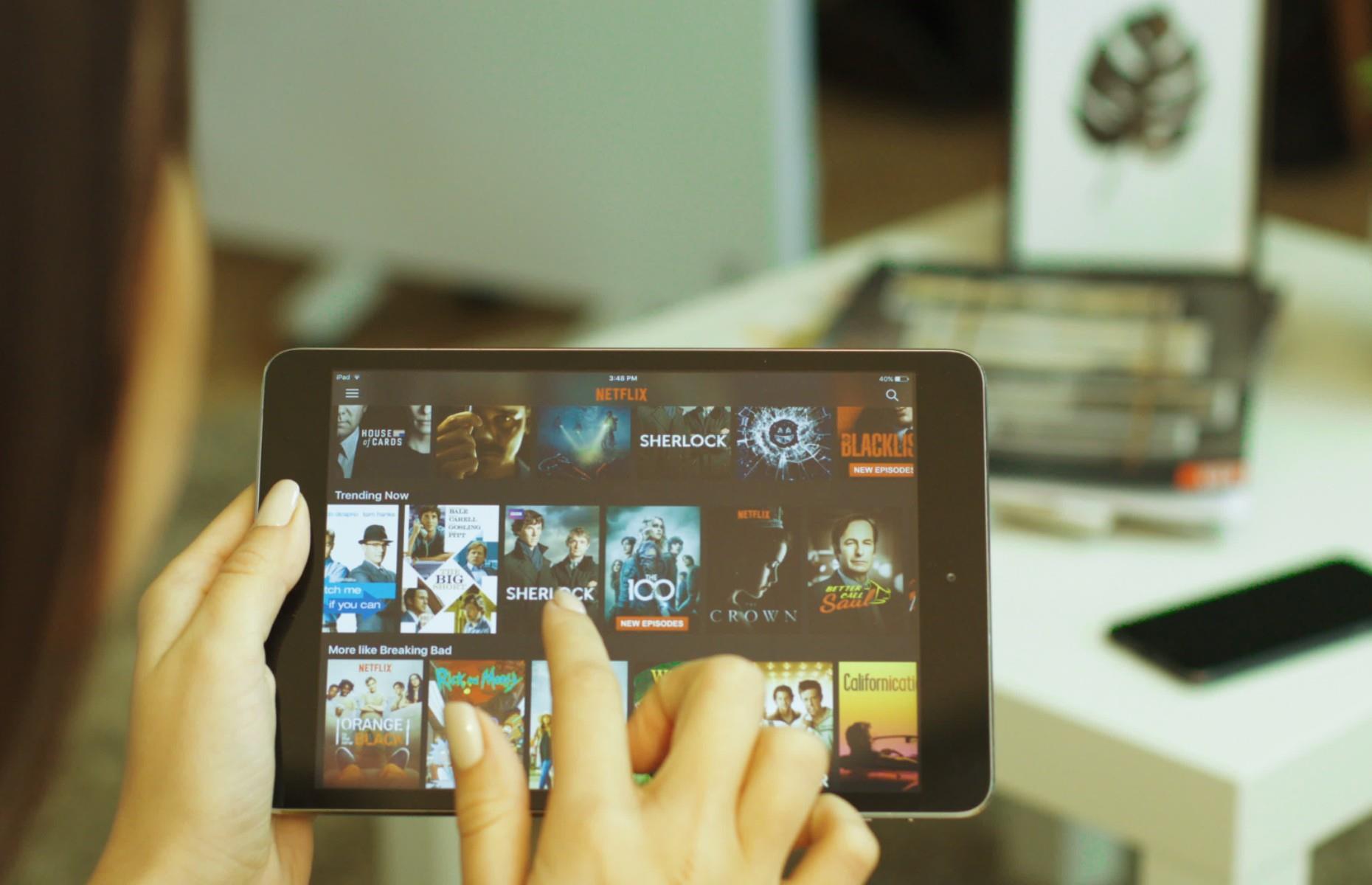 Netflix has a secret menu

Speaking of genres, did you know that Netflix has a secret menu? Given the wide variety of entertainment available on the platform, it can be challenging to find subgenres on your own as the Netflix algorithm bases its recommendations on films you’ve already viewed. That’s where the secret menu comes in.

By logging into Netflix and typing www.netflix.com/browse/genre/XXXX into the toolbar of your browser (instead of typing XXXX, you'll key in a sequence of numbers that correspond to Netflix's subgenres), you can unlock a whole host of subgenres. Pretty cool, right?

For instance, the tearjerker category is unlocked by the code 6384, or if you’re in the mood for something more uplifting, it's 5475 for rom-coms. However, regional differences may prevent some codes from working.

Netflix's bugbear is getting users to choose something to watch when there's so much on offer. Its own research shows that there's a 90-second window in which users will search for content, after which time if they haven't settled on something, they'll go elsewhere.

That's why the company has created algorithms that will show only content that you will probably like on your homepage.

People watched 3.2 hours of Netflix a day during quarantine

Before the COVID-19 pandemic, the average Netflix subscriber spent two hours per day using the platform.

When quarantine kicked in, this increased to 3.2 hours on average, according to Netflix. 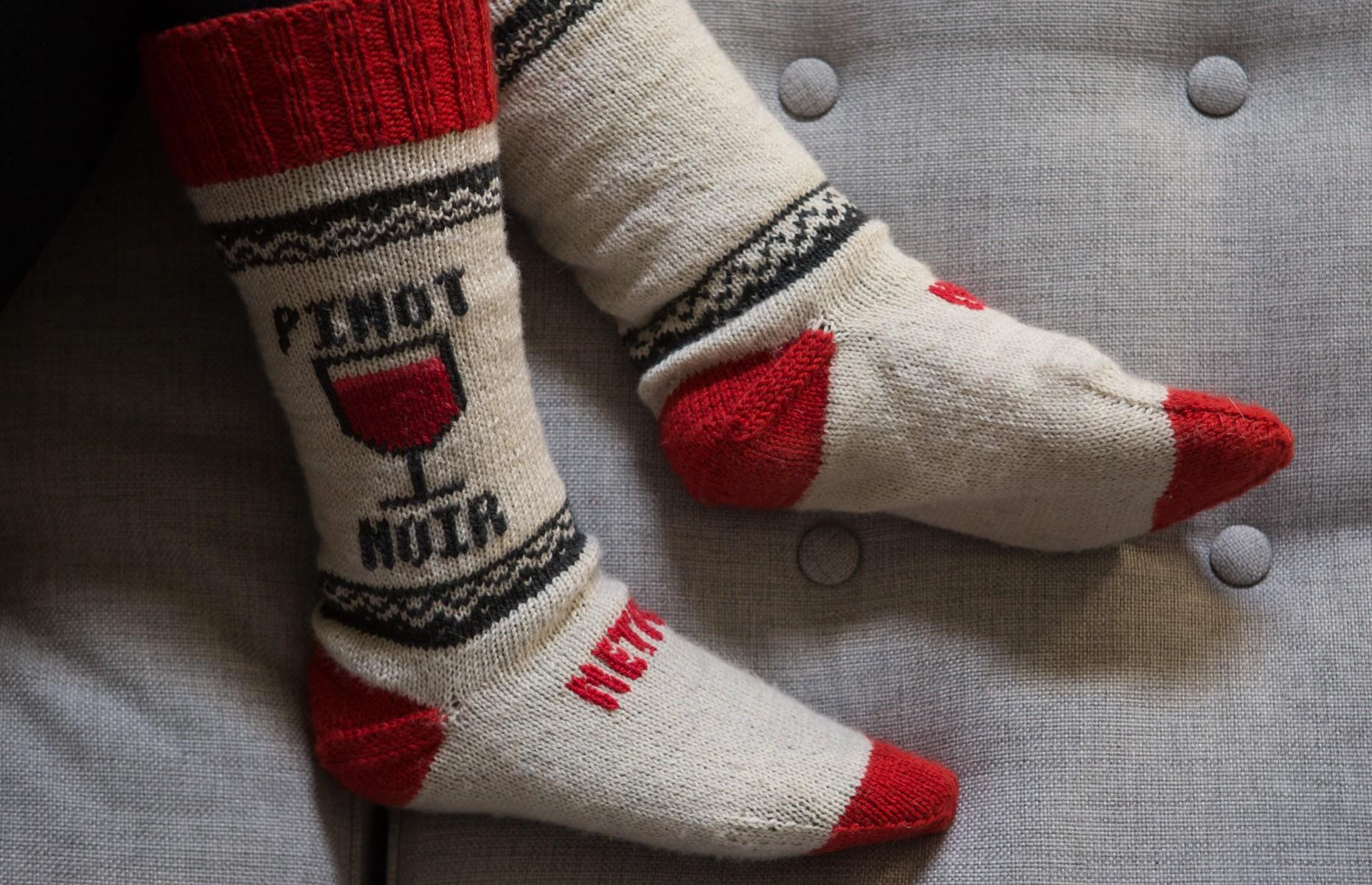 There's nothing worse than falling asleep during a Netflix binge, right? Well, back in 2015, the company came up with an eye-brow raising solution to the problem.

Netflix crafted smart socks that could tell when you fell asleep and would then automatically pause your show. While the quirky product never made it past the prototype stage, the company posted DIY plans online, so you can attempt to make your own!

Employees of Netflix are entitled to seriously impressive perks – and we don’t mean free Netflix, although that is definitely up there. Staffers can take off as many days as they want. That’s right, not 14 days, or six weeks – unlimited.

While this sounds great in theory, it may result in employees taking fewer vacation days in practice. A study by HR firm Namely found workers with unlimited vacation took an average of just 13 days off a year, while those with traditional annual leave took 15 days off.

You can get paid to watch Netflix

Arguably one of the best jobs on offer at the company is the coveted role of a "tagger". Put simply, Netflix taggers watch the company’s new content—about three to eight titles a week—and help tag, flag, and sub-tag the storyline. Where can we apply?

The DVD service is still going

You might be surprised to learn that Netflix still runs its DVD postal service, albeit only in the US. According to reports in the US, to cut corners (and costs), Netflix uses rectangular envelopes when posting DVDs to customers because the US Postal Service charges more for square ones.

Perhaps one of the less surprising facts is that Netflix co-founder and CEO Reed Hastings (pictured) is now a billionaire, with a staggering $2.8 billion (£2.3bn) fortune.
Hastings owns around one percent of the company, which went public in 2002.
Features

Could Netflix's long reign at the top be coming to an end?

In the same quarter, Netflix lost nearly one million subscribers, bringing its total to 220.6 million. 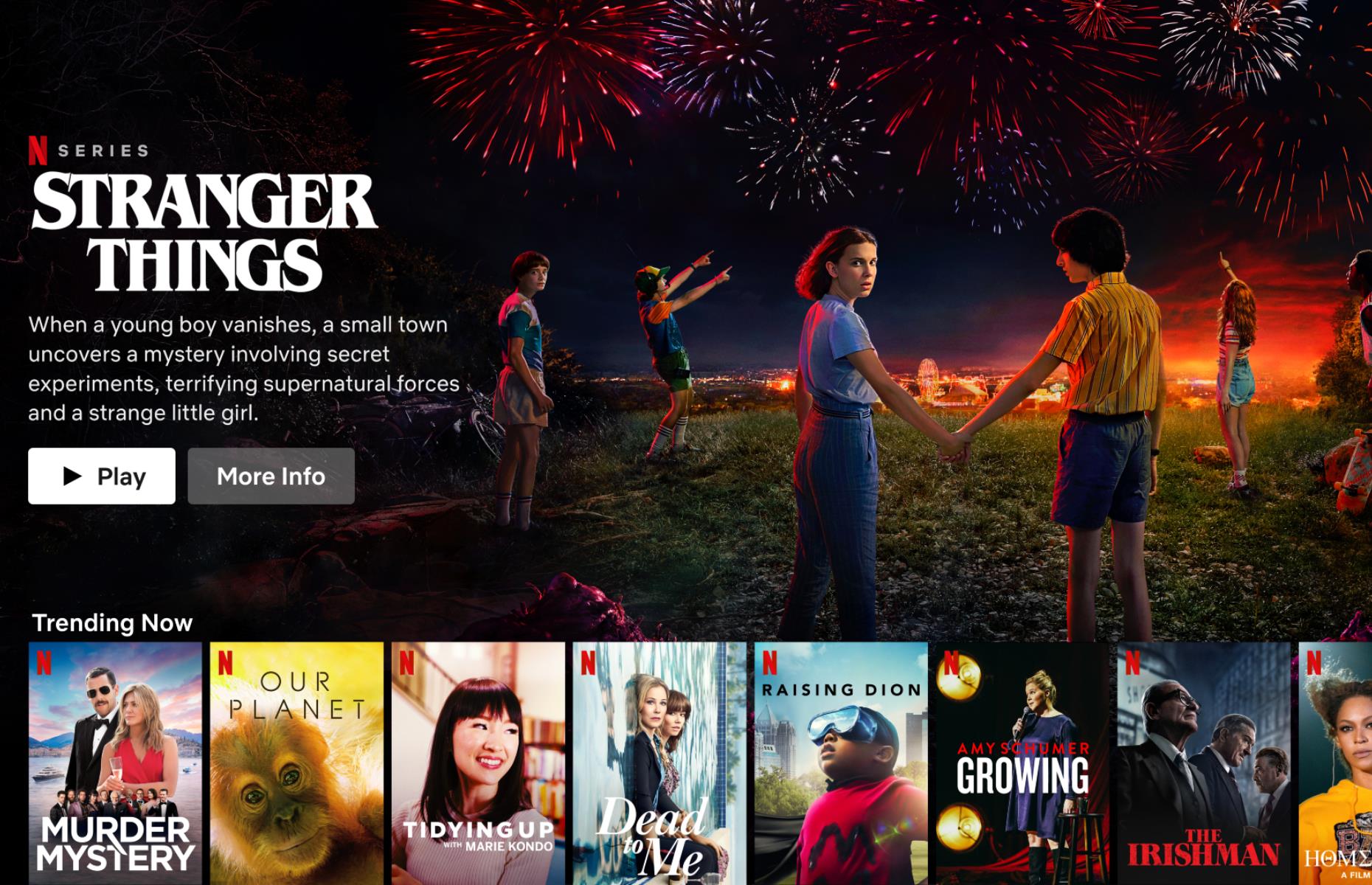 In a bid to increase its falling subscriber numbers, Netflix has started to crackdown on password sharing by testing a feature that asks viewers if they share a household with a subscriber. Netflix users are being asked to enter a code that has been sent to the subscriber by text or email, with the warning: "If you don’t live with the owner of this account, you need your own account to keep watching."

Netflix has acknowledged in the past that there is not much it can do about password sharing, but this recent development shows it's serious about reducing the problem. 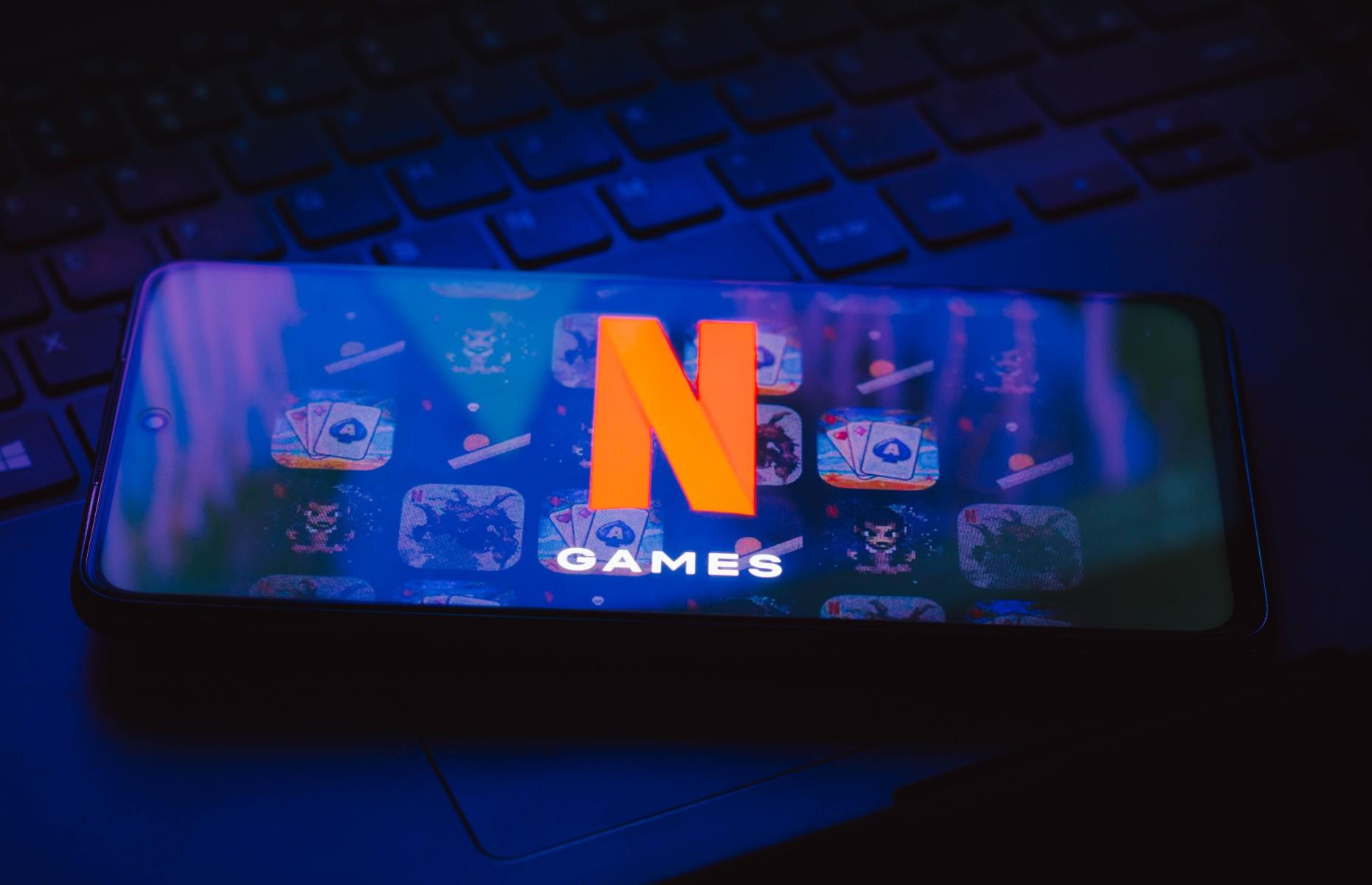 In a bid to take back more market share, Netflix expanded into video gaming last November, and the launch included two original games based on its smash hit series, Stranger Things.

Unfortunately, the venture has been a massive flop so far, with analytics firm Apptopia reporting that 99 percent of Netflix subscribers haven't played any of the games.