They say money can't buy happiness but as these extravagant lottery winners from around the globe prove, it can buy you pretty much anything else.

From recording a single that sold just 600 copies to inventing a wearable tissue dispenser, read on to discover the strangest things that some of the world's seemingly luckiest people have poured their hearts – and winnings – into. All dollar amounts in US dollars unless otherwise stated.

A twin-engine plane but no pilot licence

The tale of William "Bud" Post III is the stuff of tragedy. After winning $16.2 million (£13.2m) on the Pennsylvania Lottery in 1988, Post’s brother tried to have him murdered in a bid to get his hands on the winnings.

While the assassination bid was unsuccessful, that was just the start of Post's problems. His former landlady – who was also his ex-girlfriend – successfully sued him for a cut of the cash. When Post refused to pay up, his assets were frozen by the courts.

By the late 90s, he was broke thanks to an extravagant spending spree that saw him snap up three cars, two motorcycles, a $260,000 (£212.2k) sailboat, and even a twin-engine plane – despite not having a pilot licence. 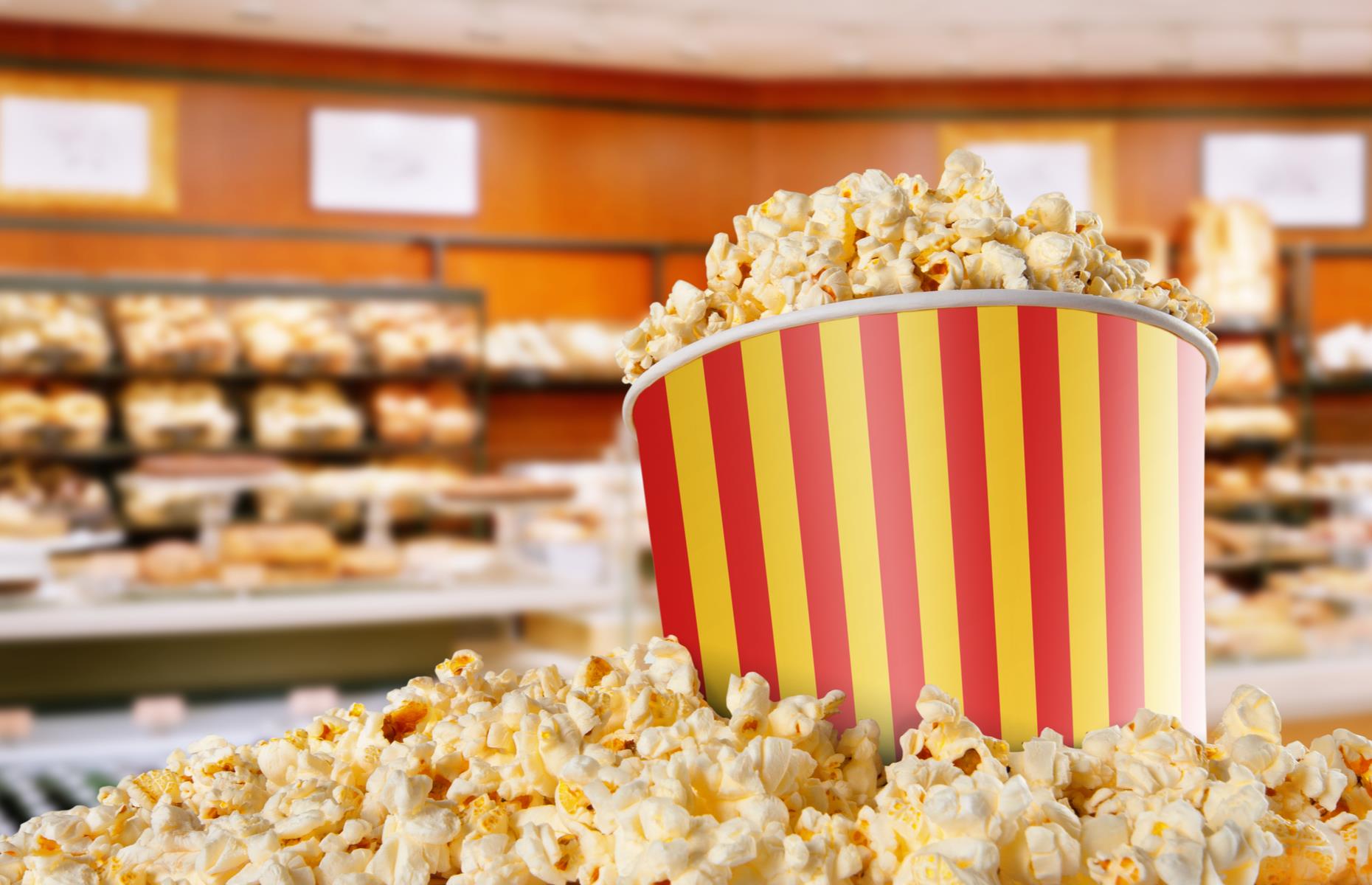 In 1996, Jeffrey Dampier won $20 million (£16.3m) on the Illinois Lottery. Although he later surrendered half of the fortune to his ex-wife after their divorce, he used his remaining millions to open a popcorn company called Kassie’s Gourmet Popcorn in Tampa Bay, Florida.

However, Dampier's happiness came to an abrupt and horrific end. He was murdered by his sister-in-law and her boyfriend in 2005, and his family eventually put the popcorn business, which had been named after Dampier’s granddaughter, up for sale. 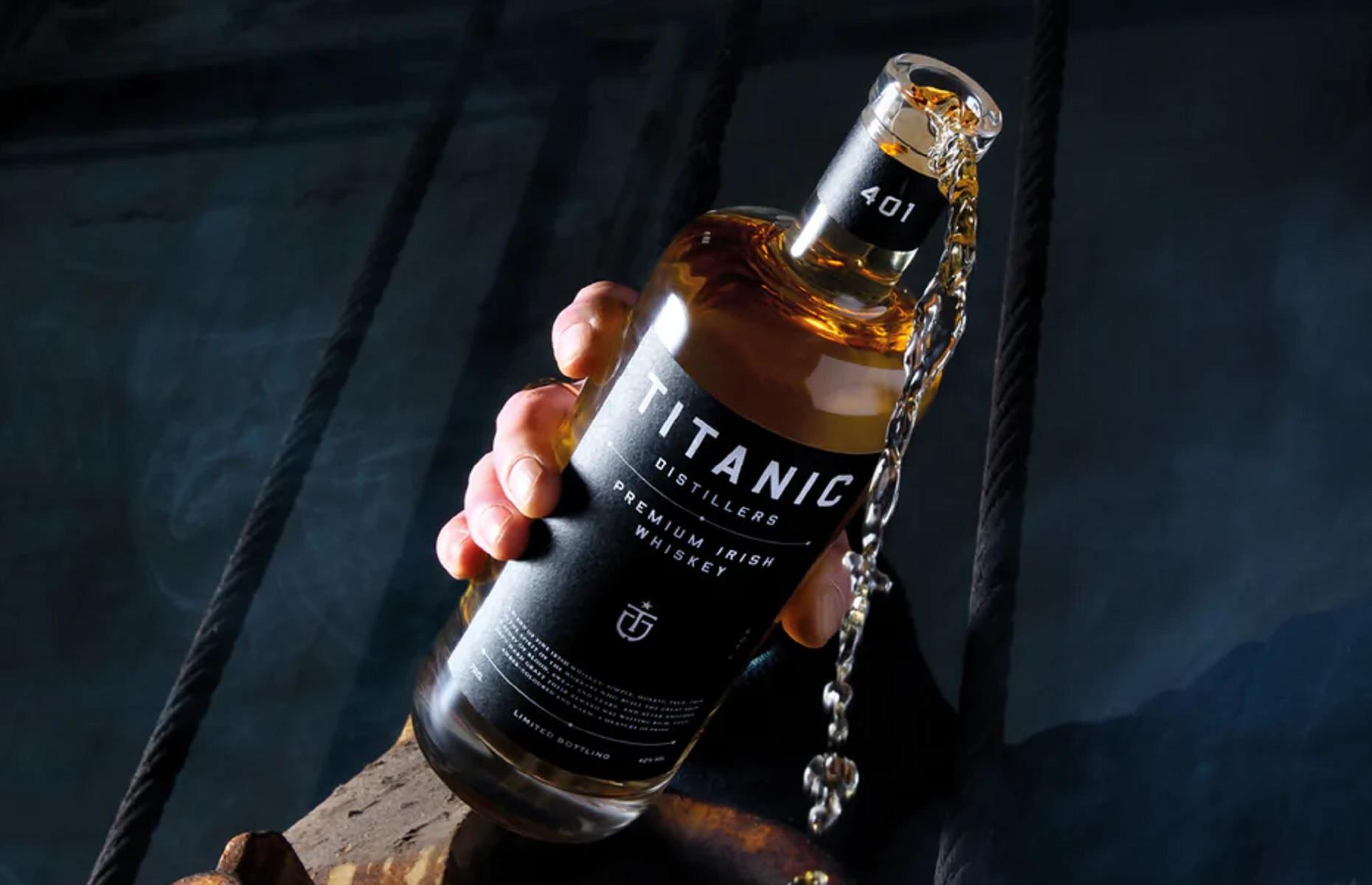 But that wasn’t his biggest splurge. Lavery also launched his own lines of whiskey and later invested millions in building a distillery in his home city, Belfast, despite having been teetotal for three years at the time.

Today the distillery appears to be under new management. However, Lavery is now a driving force behind plans to turn Belfast's historic Titanic Pump House into yet another whiskey distillery, as well as a dazzling new tourist attraction for the area. 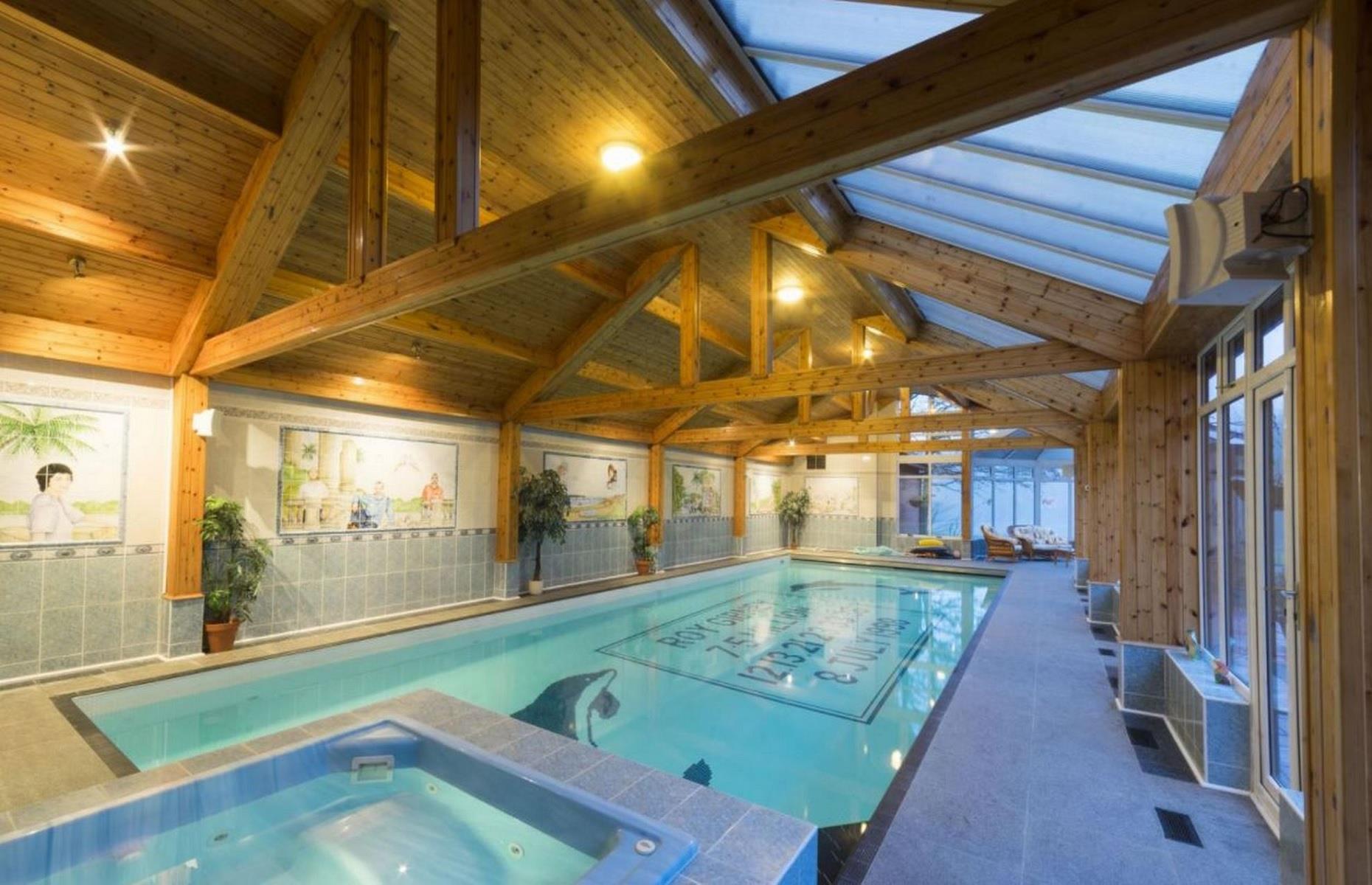 Roy Gibney, a former metal worker from Grimsby, England won £7.4 million ($9.1m) in 1998. Like many other winners, he used the money to buy a mansion – but unlike most, he chose to commemorate his winning lottery numbers during his renovations of the property.

The tiles were still there when he put the house on the market in 2018 but we're guessing whoever bought it might have pulled the plug on Gibney's very personal design choice... 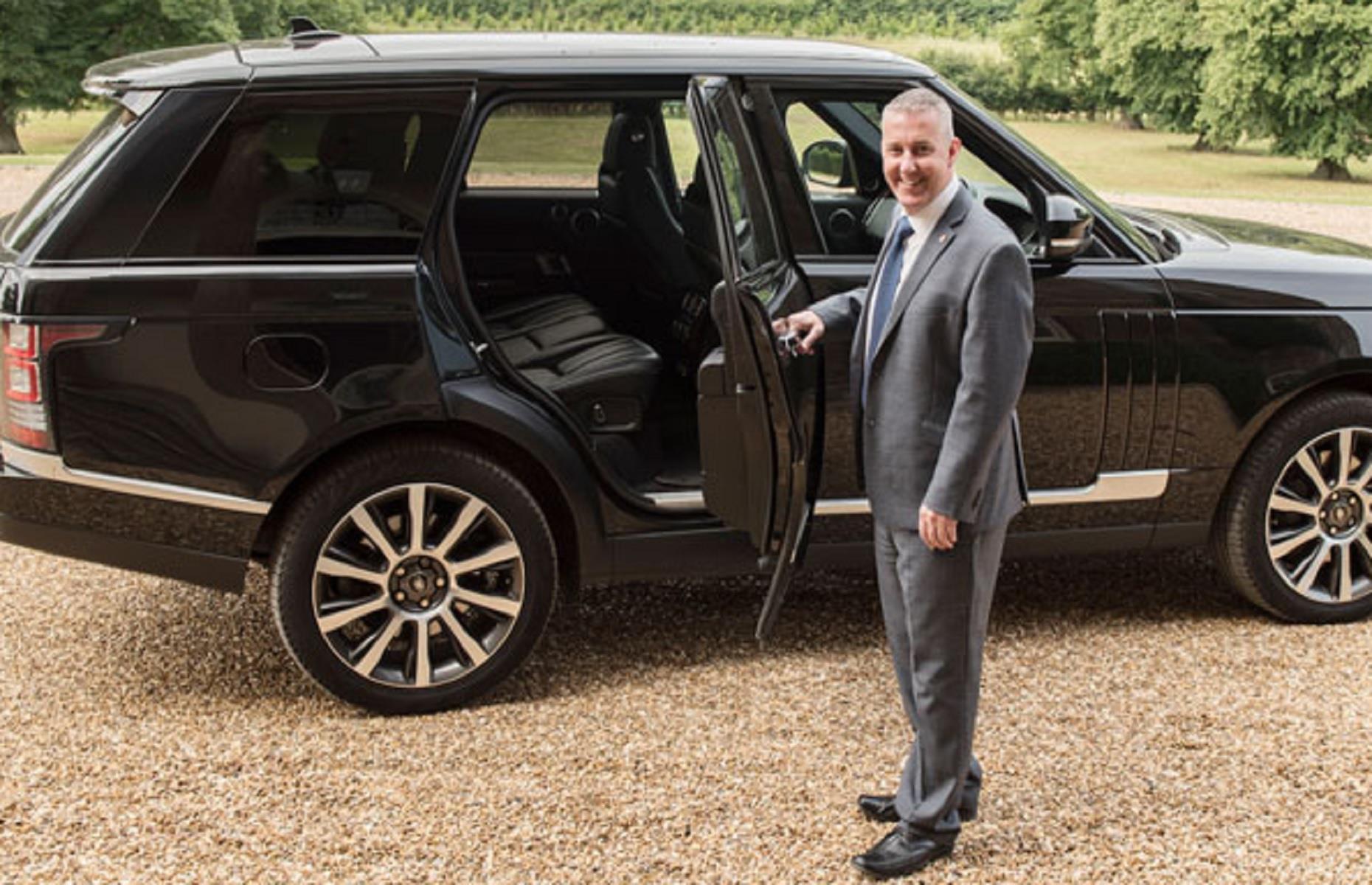 An acre of the moon

David Copeland became a millionaire overnight when he won the lottery in 2000.

Now working as a private chauffeur and driving instructor (pictured), Copeland has been very restrained when it came to spending his fortune, investing most of it while continuing to live modestly.

In fact, one of his most outlandish purchases was an acre of the Moon, which he purchased for £120 ($148) shortly after his win. 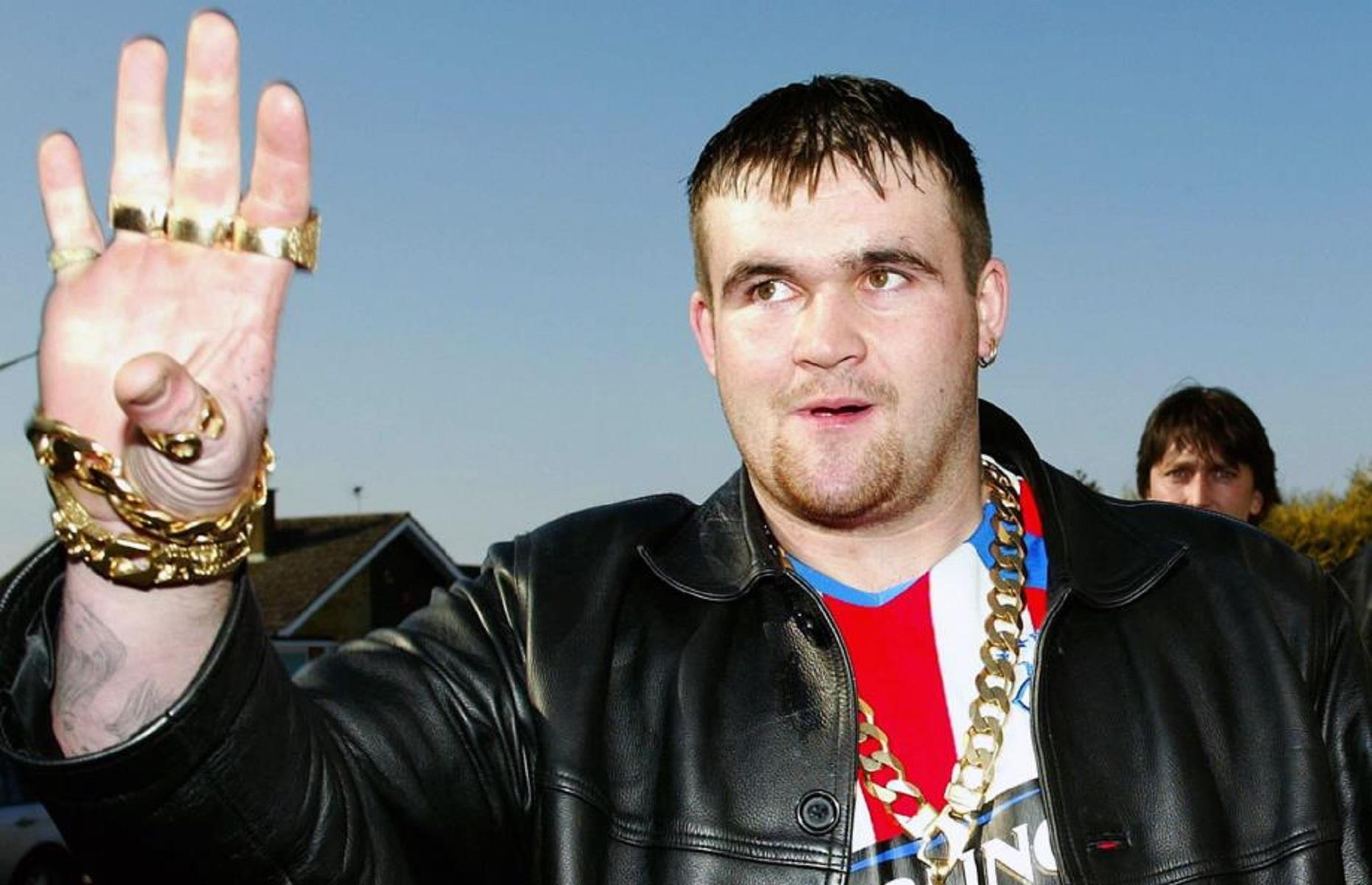 Carroll, who was dubbed the "Lotto lout" by the British press, burned through his newfound fortune in less than a decade, squandering the lot on parties, drugs, and cars.

And he didn't even buy the cars to drive them. Carroll soon became notorious for his demolition derbies, later admitting: “I used to arrange banger-racing in the field behind my mansion”.

He was declared bankrupt by 2013 and The Sun reported in 2019 that he was working seven days a week as a coalman. However, Carroll reportedly has "no regrets" about how he spent his millions. 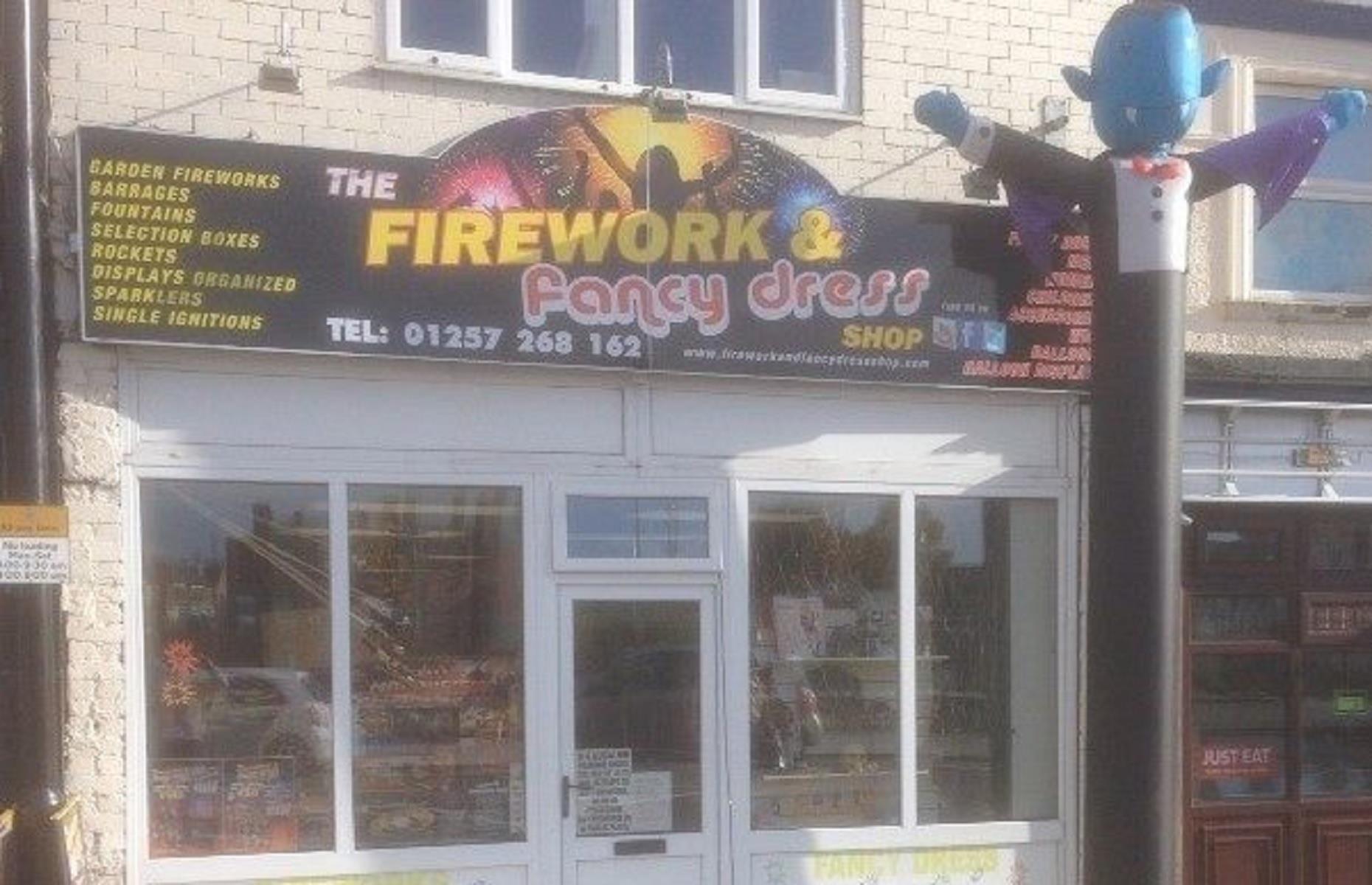 Many lottery winners like to celebrate their luck by popping open the champagne. But Debbie Mather from Lancashire, England decided she wanted to do something more explosive when she scooped a fortune in 2005.

"We work as hard now as we always did," Mather told local reporters in 2020. "It's a different kind of work though, you're doing it because you enjoy it." 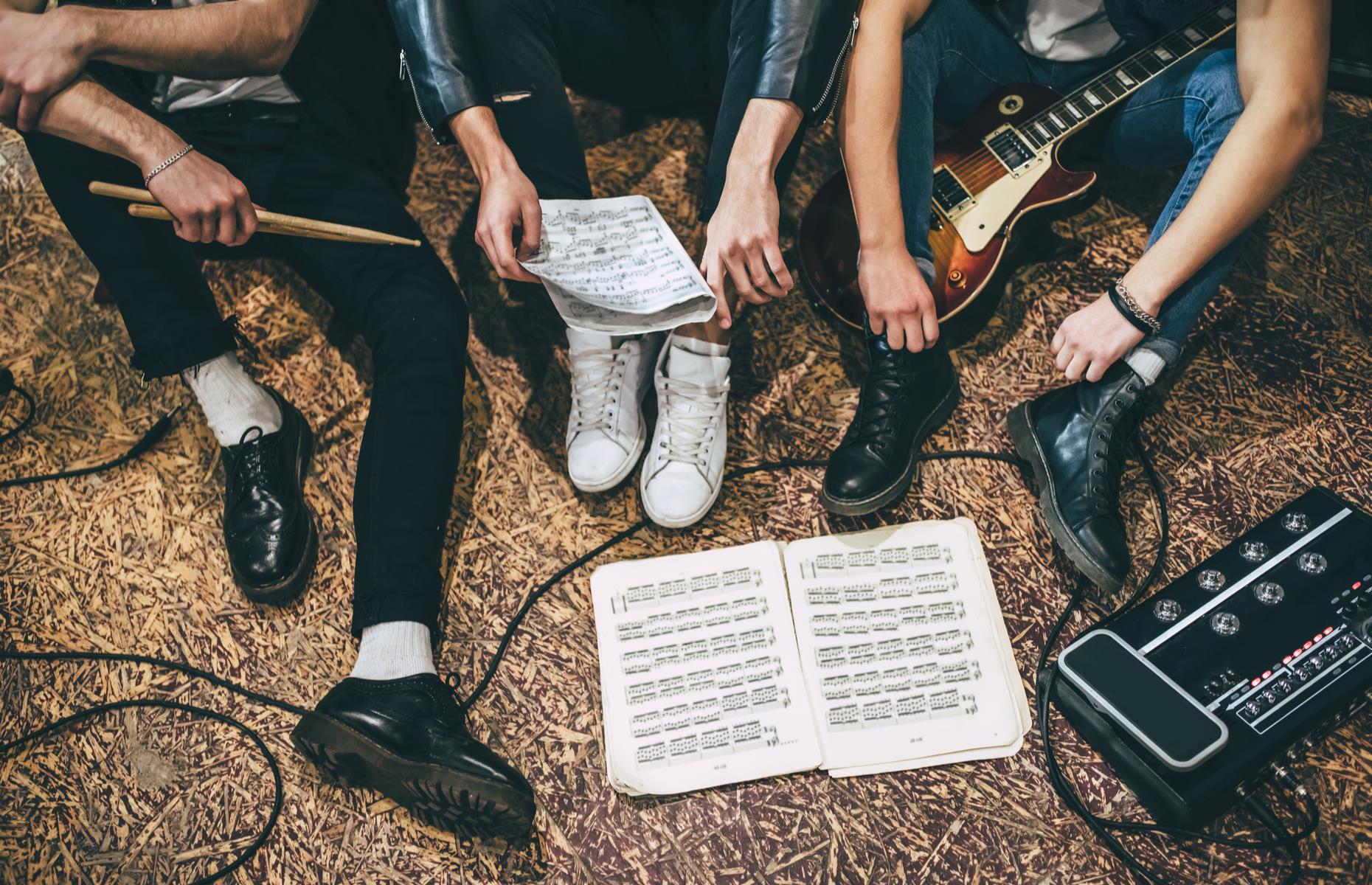 For many people, winning the lottery enables them to turn their dreams into reality. For others, however, having millions in the bank isn’t quite enough. This proved to be the case for Roger Griffiths, who won £1.83 million ($2.76m) with his wife Lara in October 2005.

The couple, who hail from West Yorkshire in the UK, reportedly spent their money without consulting financial advisers – which might explain why Roger thought it was a good idea to spend £25,000 ($30.7k) on recording a single with his band.

However, it all ended on a bit of a bum note. The record flopped, the band split up – and a few years later, Roger and Lara did too. 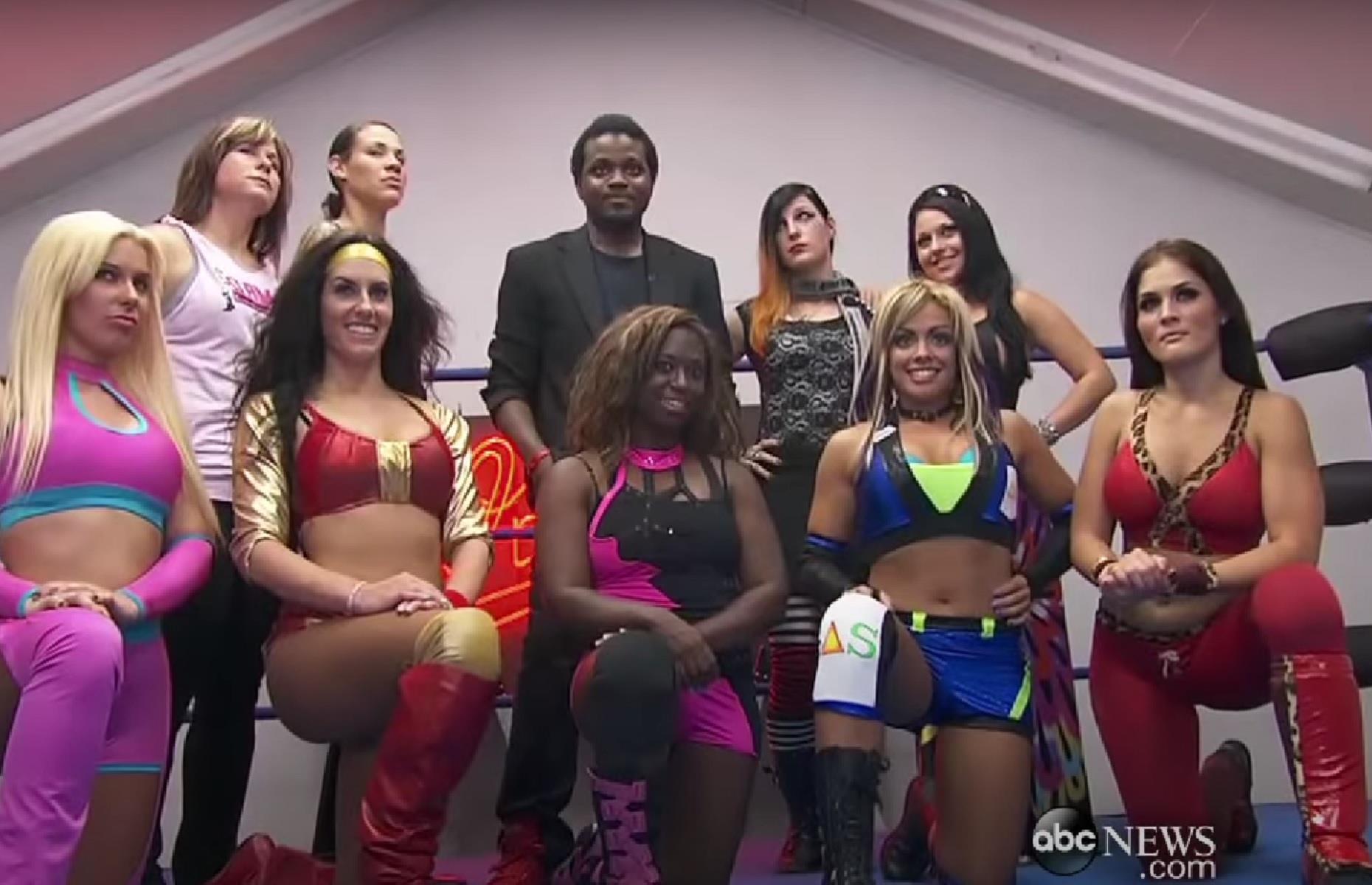 One of America's youngest-ever lottery winners, Vargas soon hit the headlines – and the media attention only increased when he announced what he planned to do with the money.

A lifelong wrestling fan, Vargas decided to launch his own TV show about women's professional wrestling called Wrestlicious Takedown. Despite the fact Vargas partnered with a TV producer and wrestling manager, the venture aired for just one season. 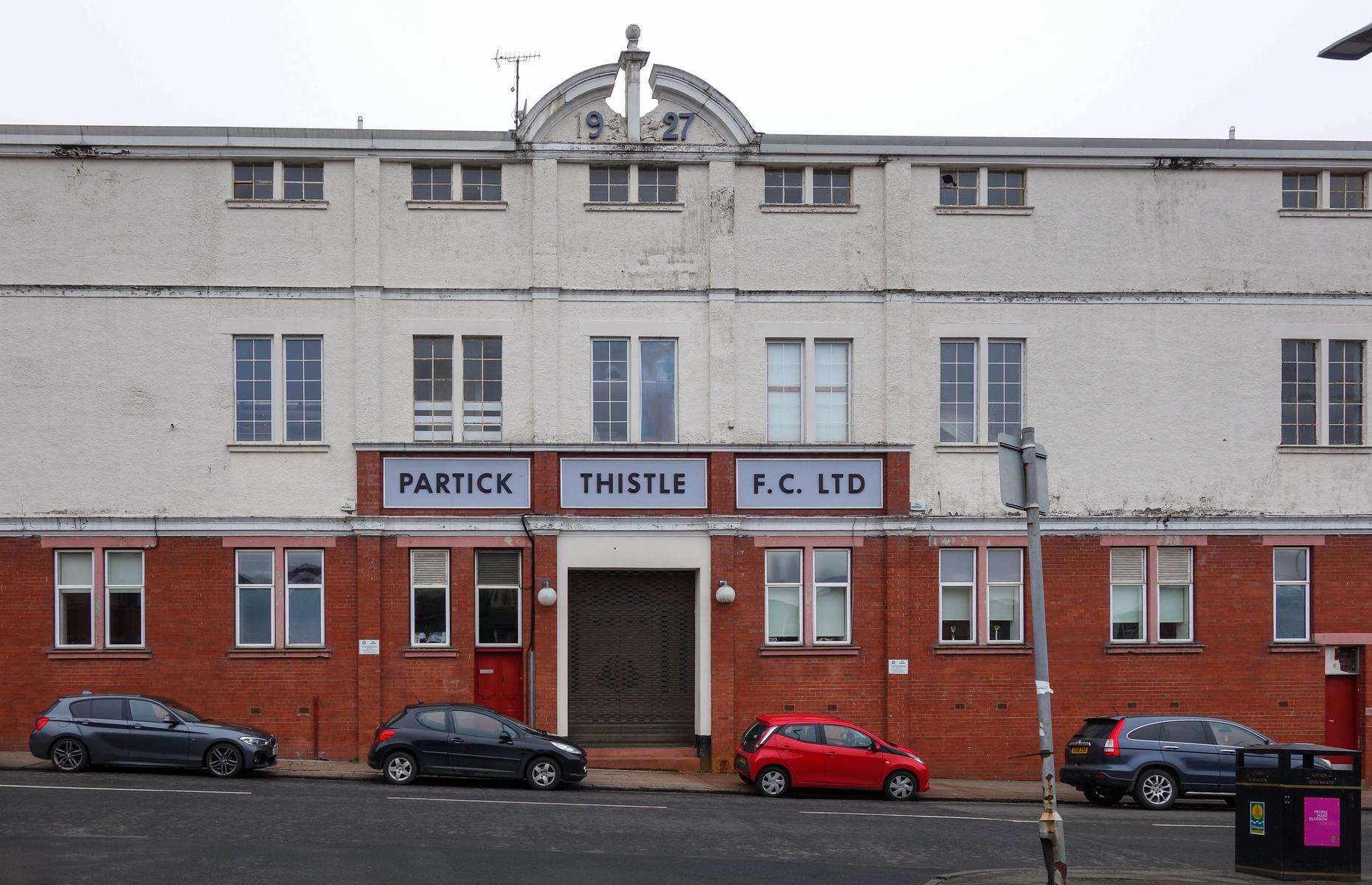 Colin Weir won £161 million ($197m) courtesy of the EuroMillions jackpot in 2011, making him the UK’s biggest lottery winner at the time.

Although Weir passed away in 2019, he spent eight years giving away around £40 million ($49m) to friends, family, and charitable causes.

One of his biggest purchases was a 55% stake in his local football club, Partick Thistle FC. In November 2019, amid ownership concerns, Weir bought out the club to avoid a takeover by a foreign consortium.

As a lifelong supporter of the team, he intended to gift the ownership back to the fans. Sadly, Weir died just one month after the deal was completed.

Bob Erb, a farmer from Terrace, British Columbia won $25 million (£20.4m) on a Lotto Max draw in November 2012 and was determined to use the life-changing sum for good.

Erb gave out more than 150 cheques in the month after his win – and one social cause was particularly close to his heart.

Speaking to the National Post, he explained: “Like most people when they buy a lottery ticket you have a wish list of all the things you’d want to do and that. One of mine was I’d put a substantial amount towards marijuana legalization. And so when the 25 mil come my way, I said I’ll throw at least a mil towards the cause.” This photo shows 420 Day at Sunset Beach, British Columbia in 2019. 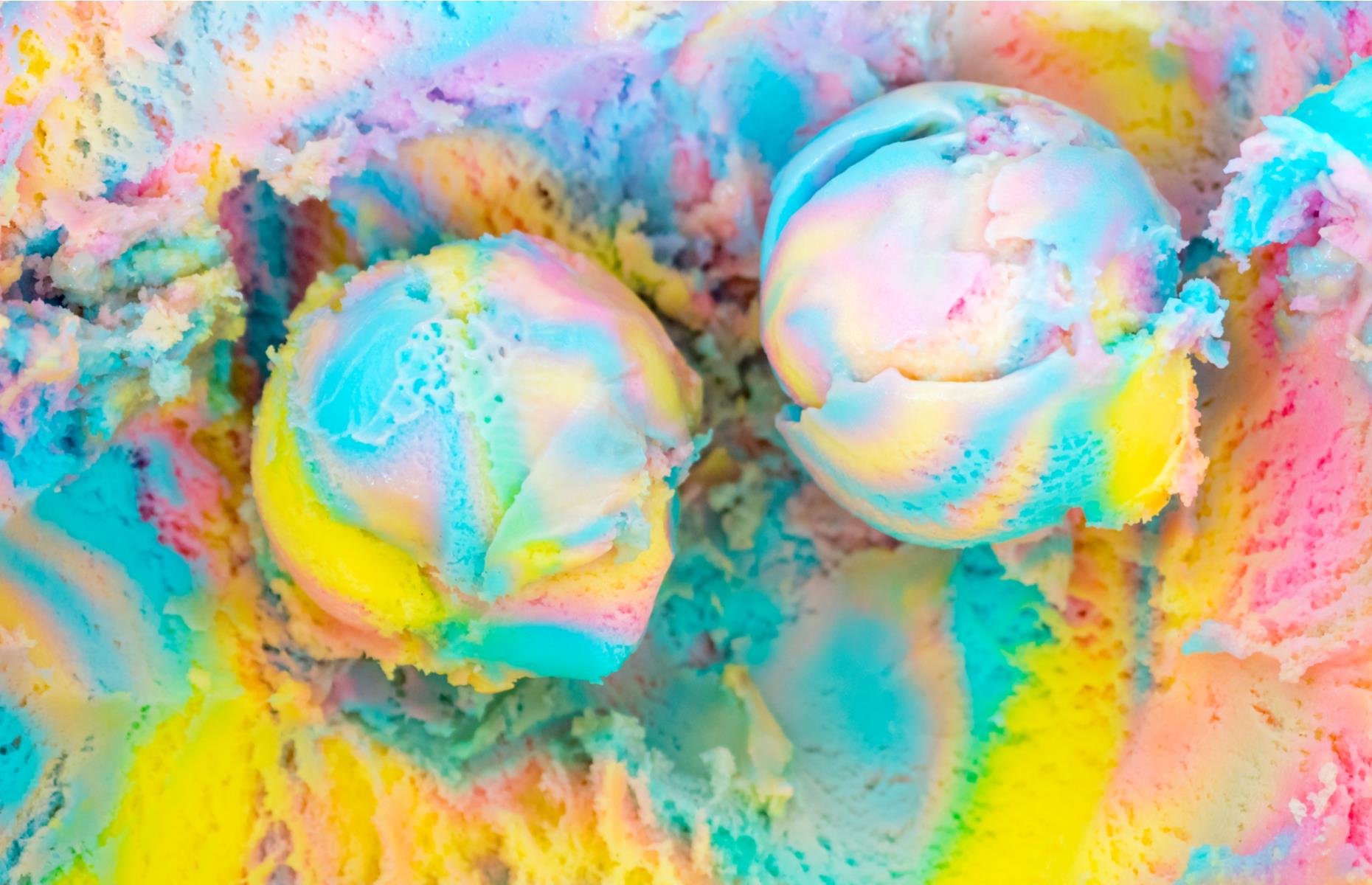 A family trust named after a lucky dessert

When 81-year-old Louise White won $336 million (£274.4m) on the Powerball lottery, she was determined not to waste her winnings, which was the third-largest jackpot in the game’s history,

After taking both legal and financial advice, the Rhode Island native decided to invest the millions in a trust fund for her family. Its name? The Rainbow Sherbert Trust – complete with misspelling – to commemorate the sweet treat she was buying when she picked up her winning lottery ticket in 2012. 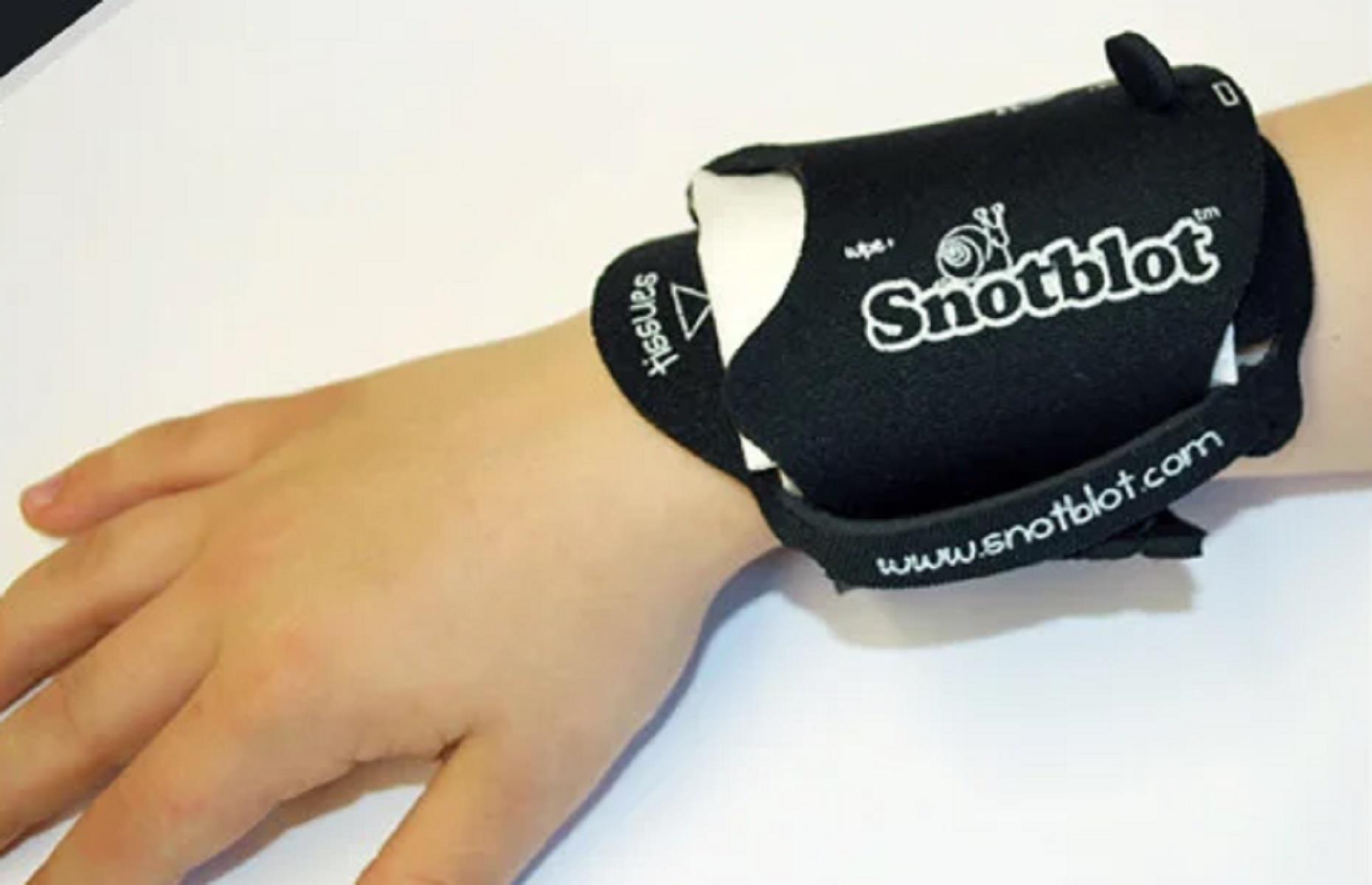 Anne Canavan, an inventor from Derry, Northern Ireland, used her £1 million ($1.2m) EuroMillions win to fund her own inventions.

According to the National Lottery, Canavan was working on 26 different products by October 2020, which was exactly five years after her win. One of her most successful is the Snotblot (pictured), a wristband that stores tissues. 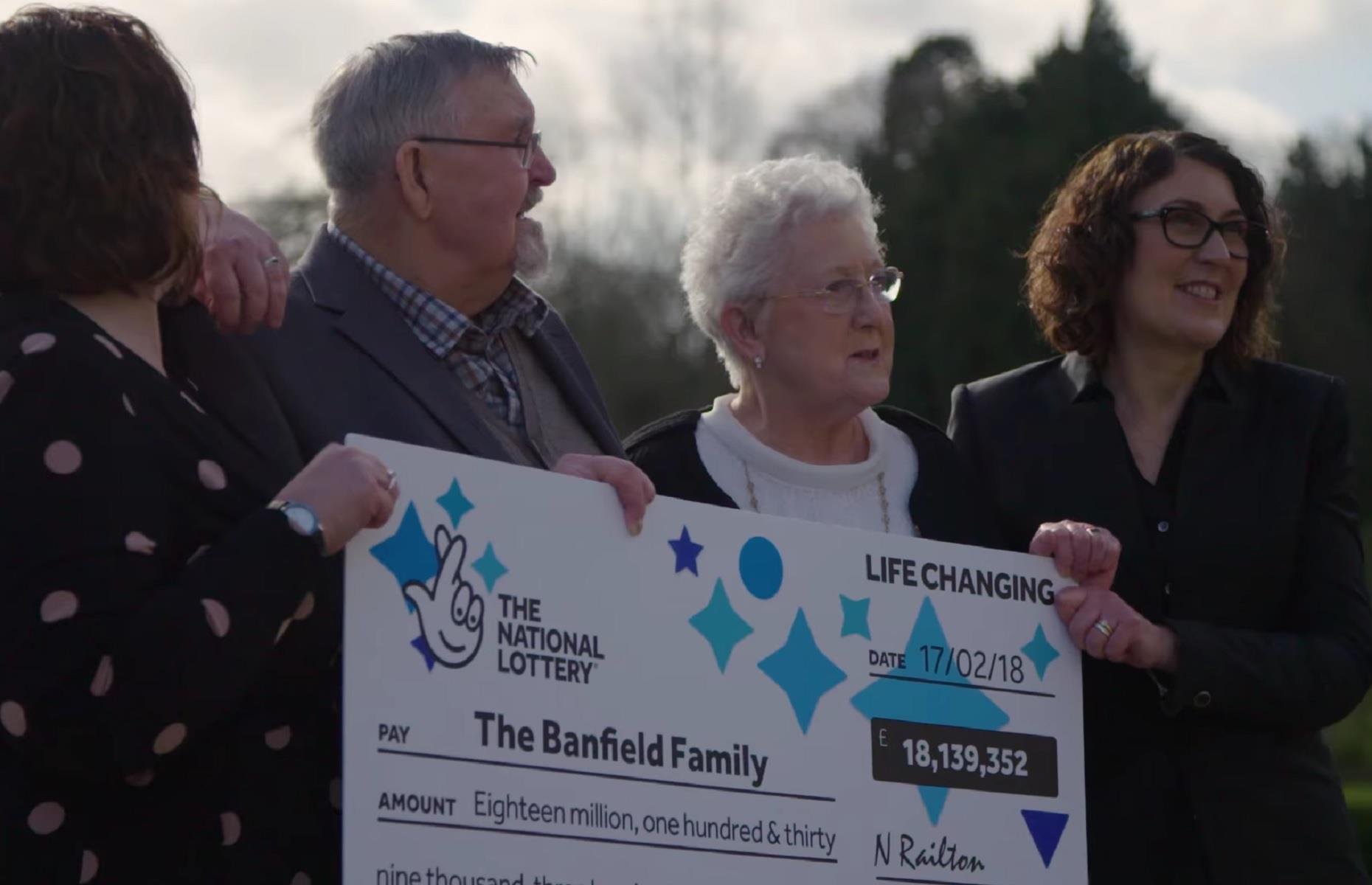 Dennis and Shirley Banfield were in their eighties when they won the £18.1 million ($22.2m) Lotto jackpot in February 2018. The couple said they bought the ticket on behalf of their daughters Tina and Karen – but they weren’t the only people who benefited from the Banfields’ generosity.

Dennis and Shirley also donated over £20,000 ($24.5k) to fund new toilets and windows at their local community centre, which they described as "a hub of our lives".

The lucky pair got to cut the ribbon when the new toilets were unveiled to the public and told reporters at the time: "We joined a lunch at the centre last week and a man got up to use the loo. He said, 'I’m just off the use the Banfields’, which really made our day!" 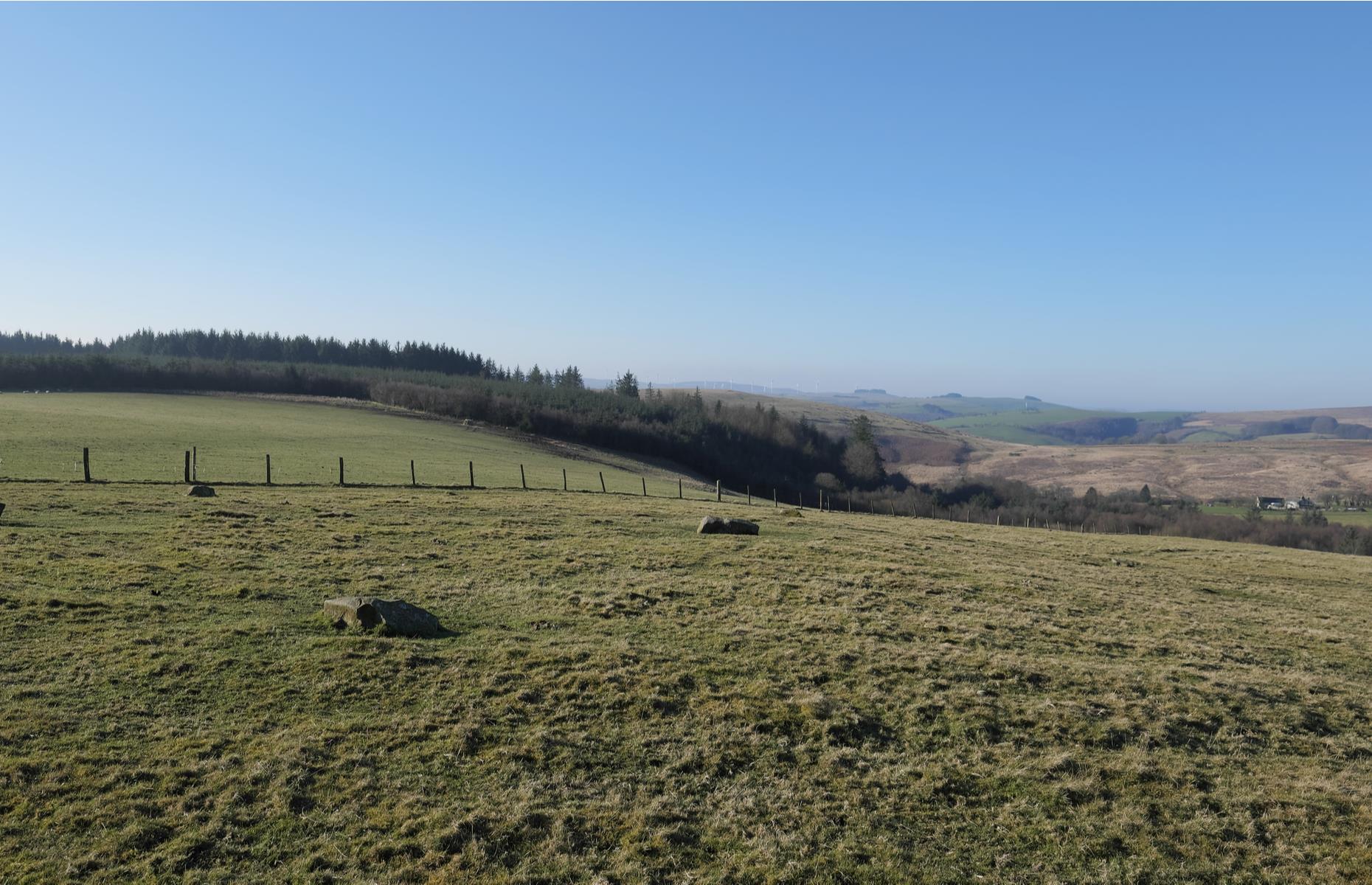 A private field for their dog

In June 2018, Faye Stephenson and her partner Richard Davies won £1 million ($1.2m) in the EuroMillions lottery.

The couple, who hail from Talgarth, South Wales had recently adopted a stray dog called Lucy, and found walking the pooch on public paths a nightmare due to her anxiety.

The timing of their win couldn’t have been better. Just a few weeks after netting the jackpot, a half-acre field came up for sale for £20,000 ($24.5k), which the couple snapped up to give Lucy a "safe place for walkies".

They later went on to adopt a puppy called Khaleesi, and the field has allowed the pair of pooches to play together in perfectly private seclusion.

Now discover the lottery winners who got lucky more than once