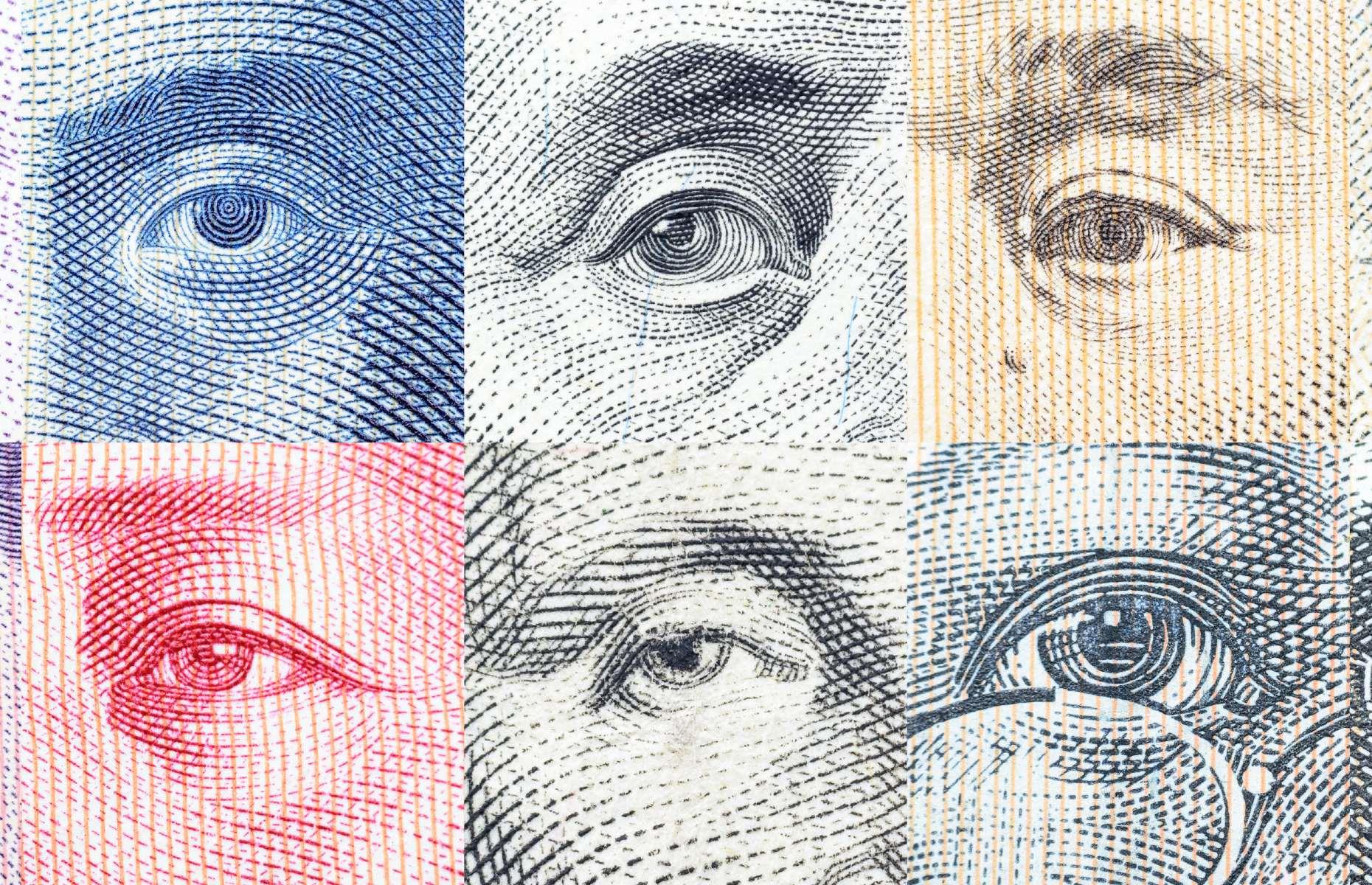 Tough times for some wealthy countries

"The global economy is facing significant challenges." That's the grim, if unsurprising, update from the Organisation for Economic Co-operation and Development (OECD), which recently released its November Economic Outlook report. From the Russian war in Ukraine to ongoing lockdowns in China, various factors have stalled the global economy's recovery from COVID-19 during 2022.

Read on to discover the OECD's latest predictions – and find out which nations will have fared the worst this year. All dollar figures in US dollars. 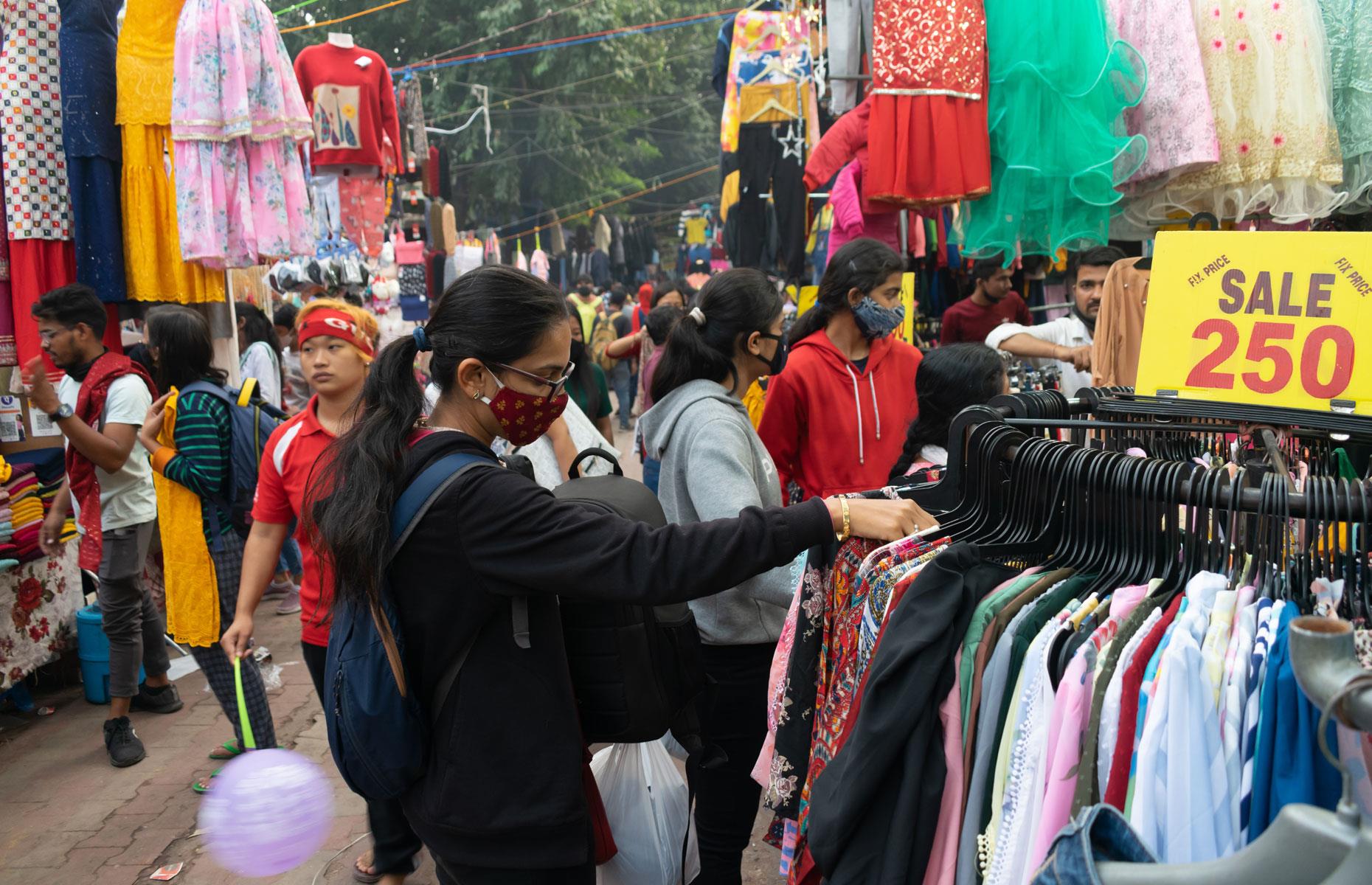 Like much of the world, India is facing increasing inflationary pressures as factors such as rising food and energy prices triggered by the war in Ukraine and supply chain bottlenecks inflate the cost of living. This, together with a less supportive monetary policy, is putting the brakes on the nation's post-pandemic recovery.

Expected growth for the 2022-23 fiscal year, albeit impressive at 6.6%, is down on last year's, when India recorded the strongest GDP rebound in the G20. 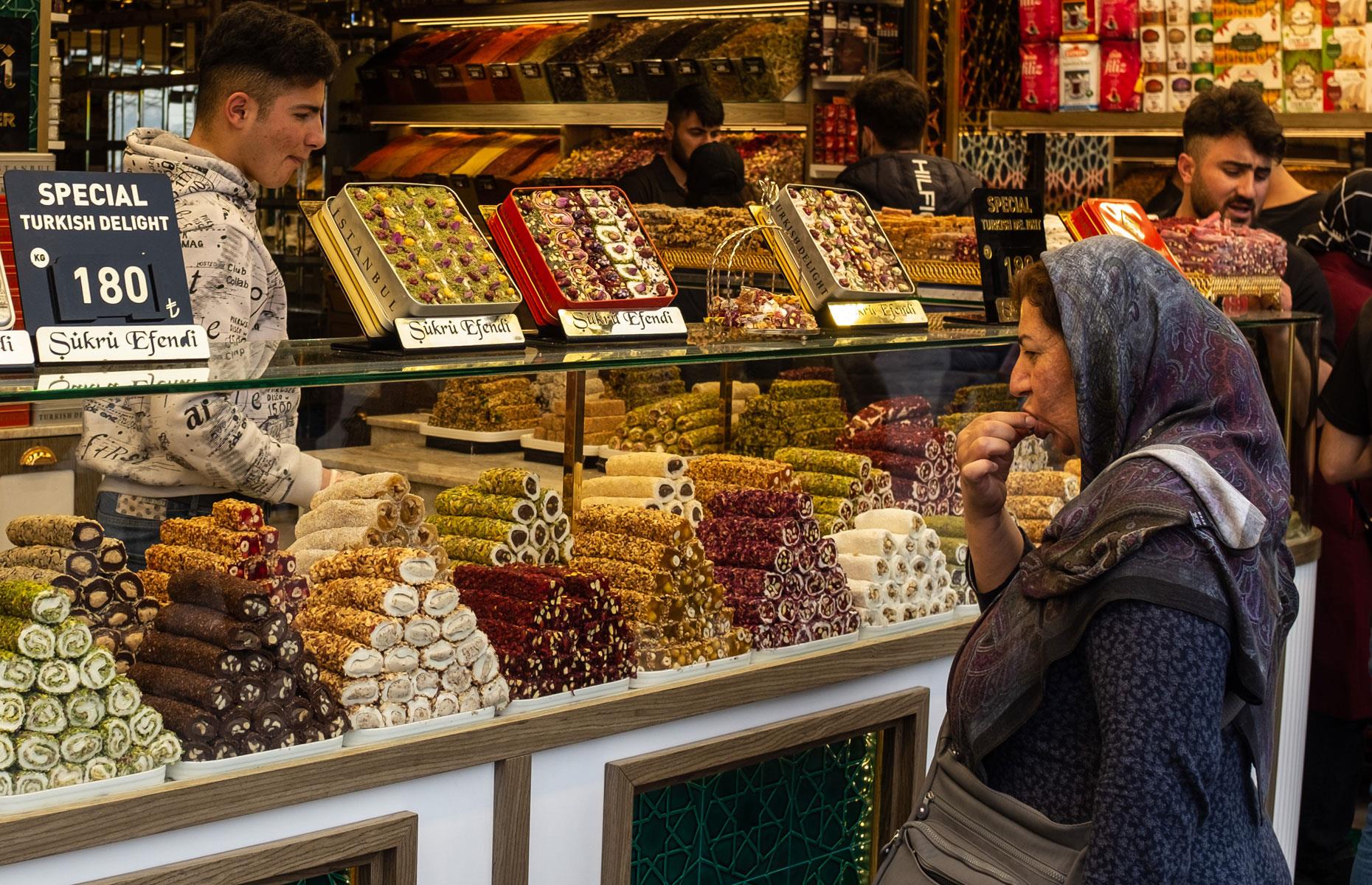 In June the OECD revised Turkey's GDP forecast upwards, although the predicted growth of 3.7% was little cause for celebration when compared to the 11% growth rate the nation recorded last year.

Fuelled in no small part by the war in Ukraine, inflation has remained exceptionally high in Turkey, trending above a shocking 70% for much of the year. In the most recent report, however, the OECD has predicted that inflation in Turkey will decline (though remaining above 40%) and given it an overall growth forecast of 5.3%.

Inflationary pressures brought about by the war in Ukraine are eating into Indonesia's post-COVID recovery, with higher food and energy prices decelerating growth. Be that as it may, increased prices for key commodities the country produces such as palm oil, nickel, and gold are softening the blow, with the economy predicted to grow by 5.3% in 2022. The OECD has actually upgraded Indonesia's forecast by 0.3% since its interim report. 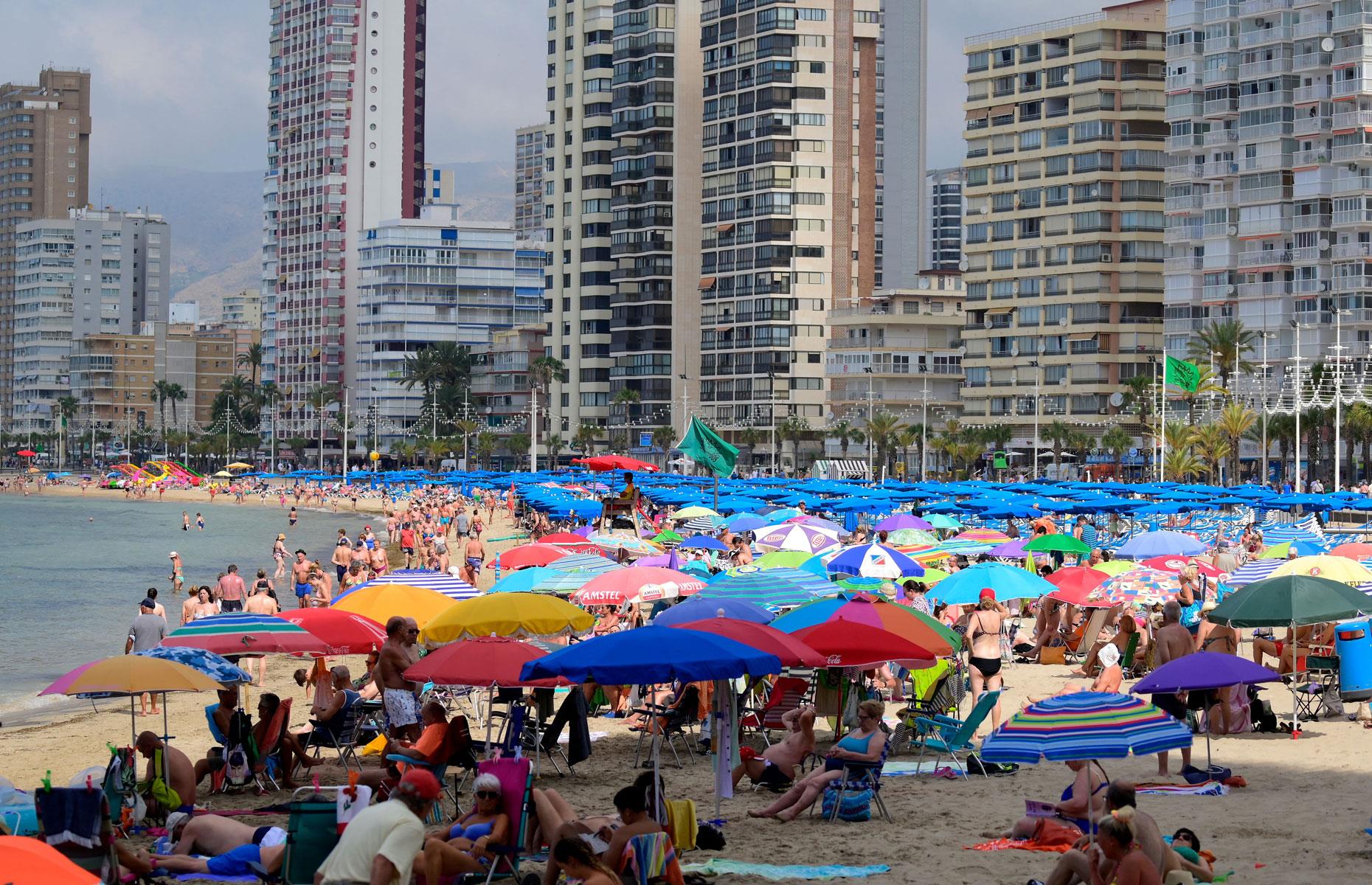 The war in Ukraine is also messing with Spain's post-pandemic recovery, with lockdowns in China another key factor.

Government financial support and strong household savings, alongside other factors such as the recovery of the summer tourism industry, are mitigating the effects of these challenges – and the OECD has predicted an uptick in the country's GDP, raising its prediction from 4.1% in June to 4.7% in its latest report. 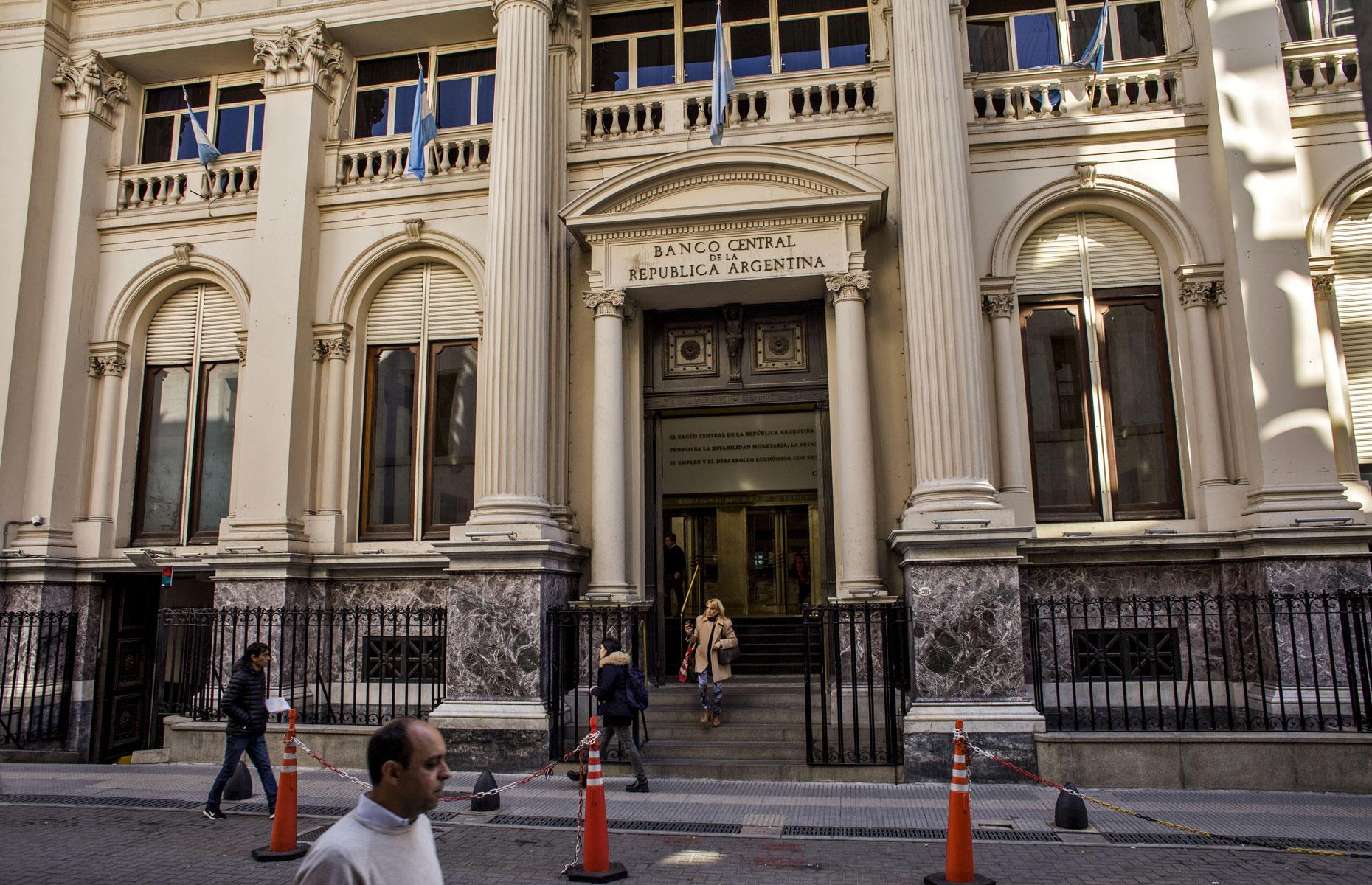 The South American country's post-COVID economic recovery slowed in the early part of this year, but GDP growth is now expected to hit 4.4% by the end of 2022, largely thanks to the $44 billion (£35.7bn) debt restructuring deal the nation signed with the IMF in March. This represents a significant upgrade from the OECD's previous growth forecast of 3.6%.

Another bonus for Argentina is the fact it's less exposed than many countries to the conflict in Eastern Europe, having few trade ties with Ukraine and Russia. 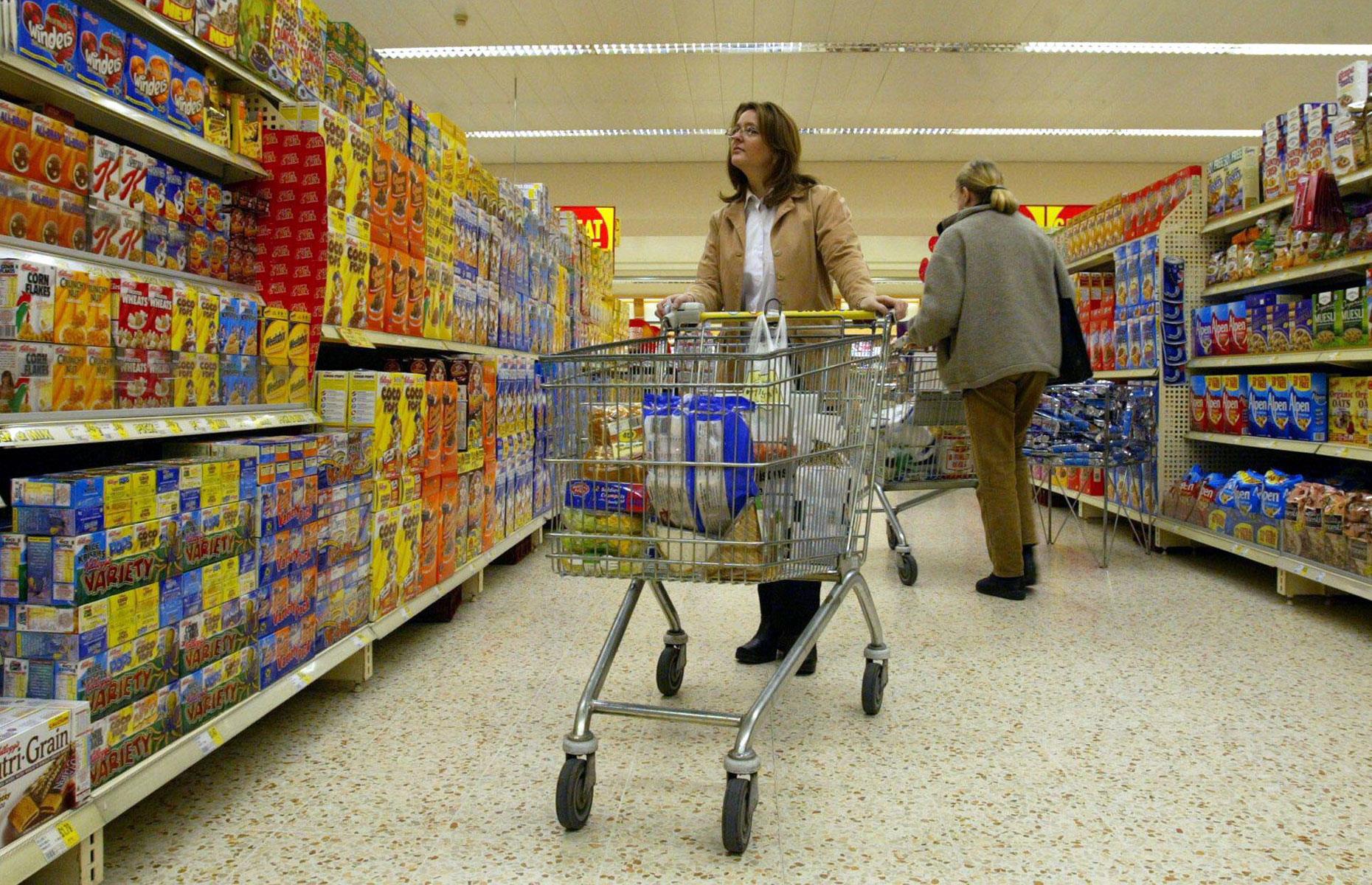 Painfully high inflation worsened by the war in Ukraine and China lockdowns is battering the UK economy. Between December and June, the OECD downgraded GDP growth for 2022 by over a percentage point to 3.6%, but that wasn't the end of it. The OECD later predicted an additional 0.2% dip this year, as well as 0% growth for the UK in 2023 as the cost of living crisis decimates consumer demand, which would have made the nation's economy the poorest performer in the G7.

But although consumer price inflation is still expected to reach 10% by the end of 2022, the OECD has upgraded the UK's growth forecast to 4.4% thanks to factors including a 9.7% increase to the country's minimum wage. 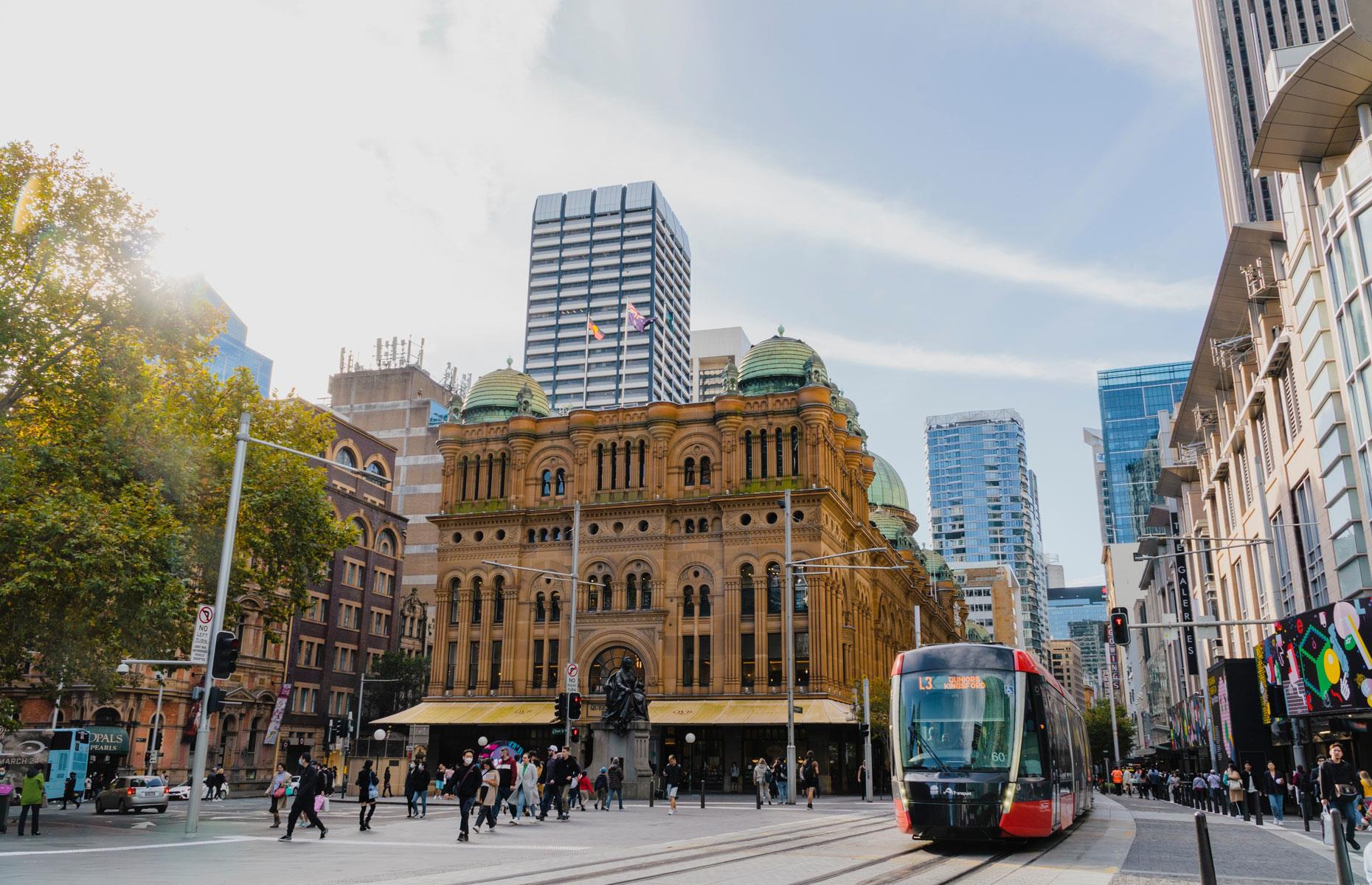 Despite rising COVID cases and severe flooding in parts of the country, Australia's economic growth in early 2022 was solid and, while the nation has been negatively impacted by China's lockdowns and the resulting supply chain disruption, it's relatively shielded economically from the war in Ukraine and is benefitting from higher commodity prices.

Unemployment has fallen to its lowest level since 1974 and other indicators are healthy. However, the OECD has downgraded its GDP prediction by 0.1% since its interim report as it expects Australia will start to see "softer external demand" for its commodities. Growth for the full year is now expected to come in at 4%. 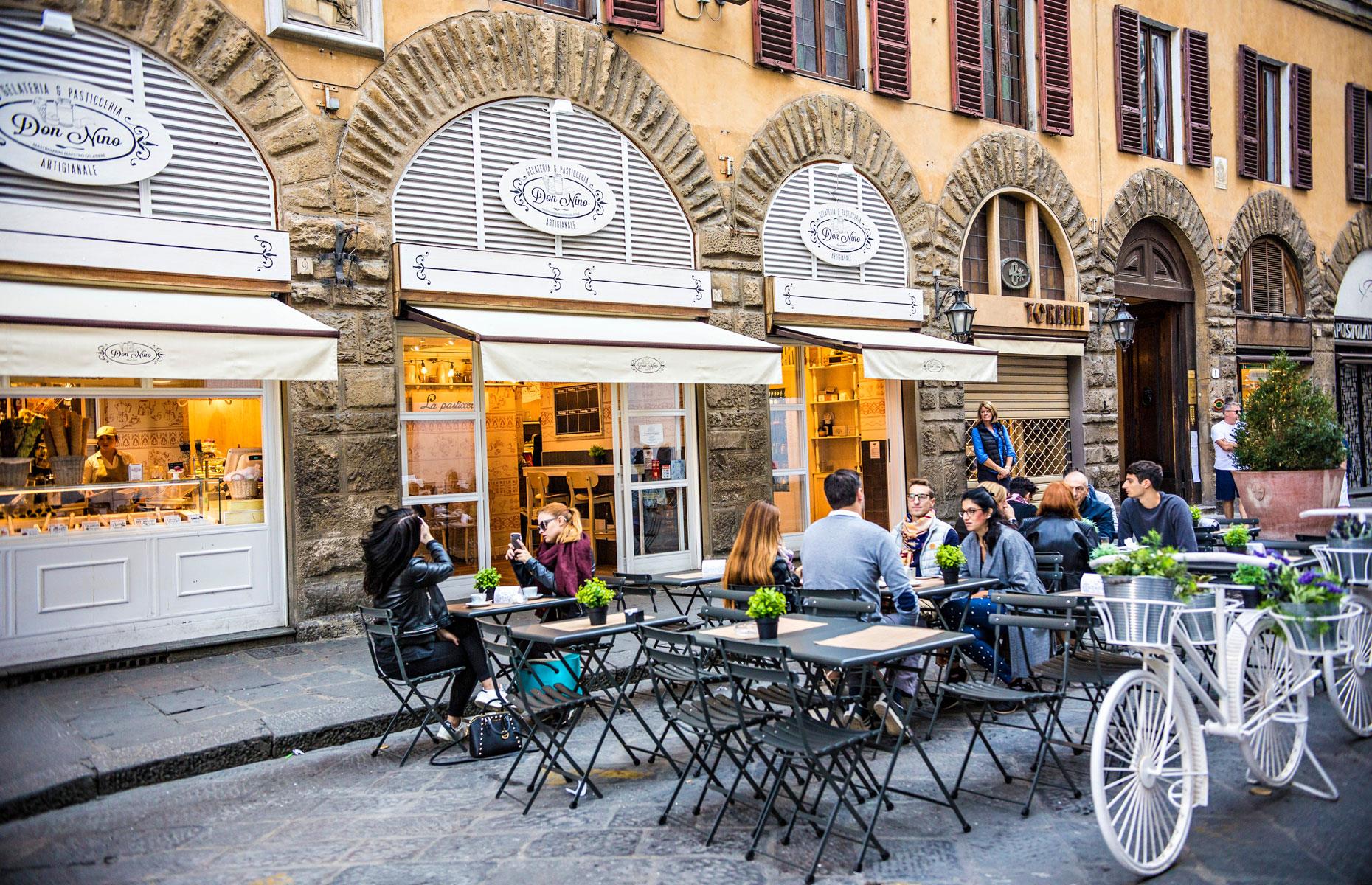 Italy saw its forecast slashed by more than two percentage points between December 2021 and June 2022. The war in Ukraine was primarily to blame, with the excessive inflation it has triggered draining consumer demand.

Italy is also heavily reliant on Russia for its energy needs, having historically imported around 40% of its energy from the Russian Federation. As a consequence, the GDP growth figure for 2022 was downgraded to 2.5%. However, the OECD has now increased this prediction to a much healthier 3.7%, partly based on the assumption that "fiscal measures... implemented to shield households and companies from surging energy and food prices" are extended.

China's unflinching zero-COVID policy has been a major hindrance to growth, with the blanket lockdowns in economic powerhouses like Shanghai and Beijing disrupting the nation's financial health considerably. And while China is comparatively insulated from the war in Ukraine, the country isn't totally immune to the economic disruption it's causing.

Needless to say, the OECD has downgraded the nation's GDP growth forecast for this year, revising the figure from 4.44% in June to 3.2% in September. The report cites COVID-19 shutdowns and property market weakness as causes of the decline, but says that "policy support could help growth recover in 2023". Sure enough, it's since upgraded its forecast by 0.1% to 3.3%, saying: "Amid mounting headwinds, growth will be held up by infrastructure investment and supportive measures that moderate the correction in the real estate sector".

With commodity prices so high, major oil producer Canada has been cleaning up, and this, together with its lack of significant trade ties to the countries most affected by the Ukraine conflict, has largely insulated the nation from the war's economic fallout.

That said, Canada won't escape completely, with its GDP growth forecast for 2022 just downgraded from 3.4% to 3.2%. According to the OECD, this is partly due to rising wage and unit labour costs, which puts upward pressure on the prices of goods and services. 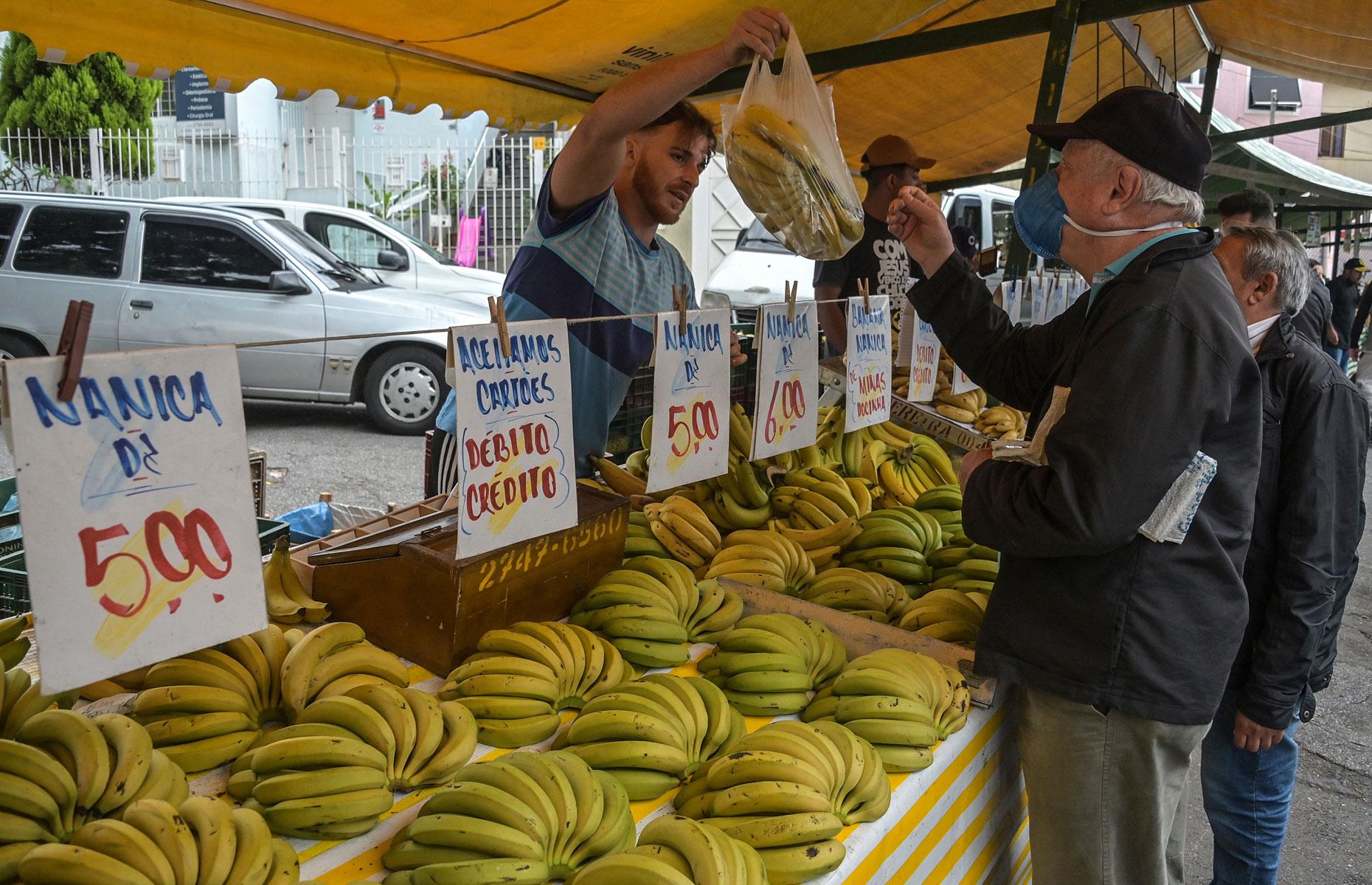 Brazil was expected to be one of the worst performers among the world's leading economies this year, with its already meagre growth figure of 1.46% shaved down to just 0.6% by the OECD in June. Escalating inflation and other consequences of Russia's invasion of Ukraine, such as a potential shortage of fertilisers, on which Brazil's agricultural sector depends, have done the economy no favours, curbing consumer demand and upending trade and industry. However, the OECD has upgraded its prediction by over 2% in its most recent report, giving the country an overall growth outlook of 2.8%.

According to an article in Diplomatic Courier, economic optimism is growing in Brazil, with 58% of surveyed Brazilians saying their standard of living is improving, while inflation dropped from double digits to "just" 9% in August. The upcoming presidency of Lula da Silva could have something to do with this growing optimism; during his previous tenure, Lula is credited with reducing extreme poverty in Brazil by 25%. 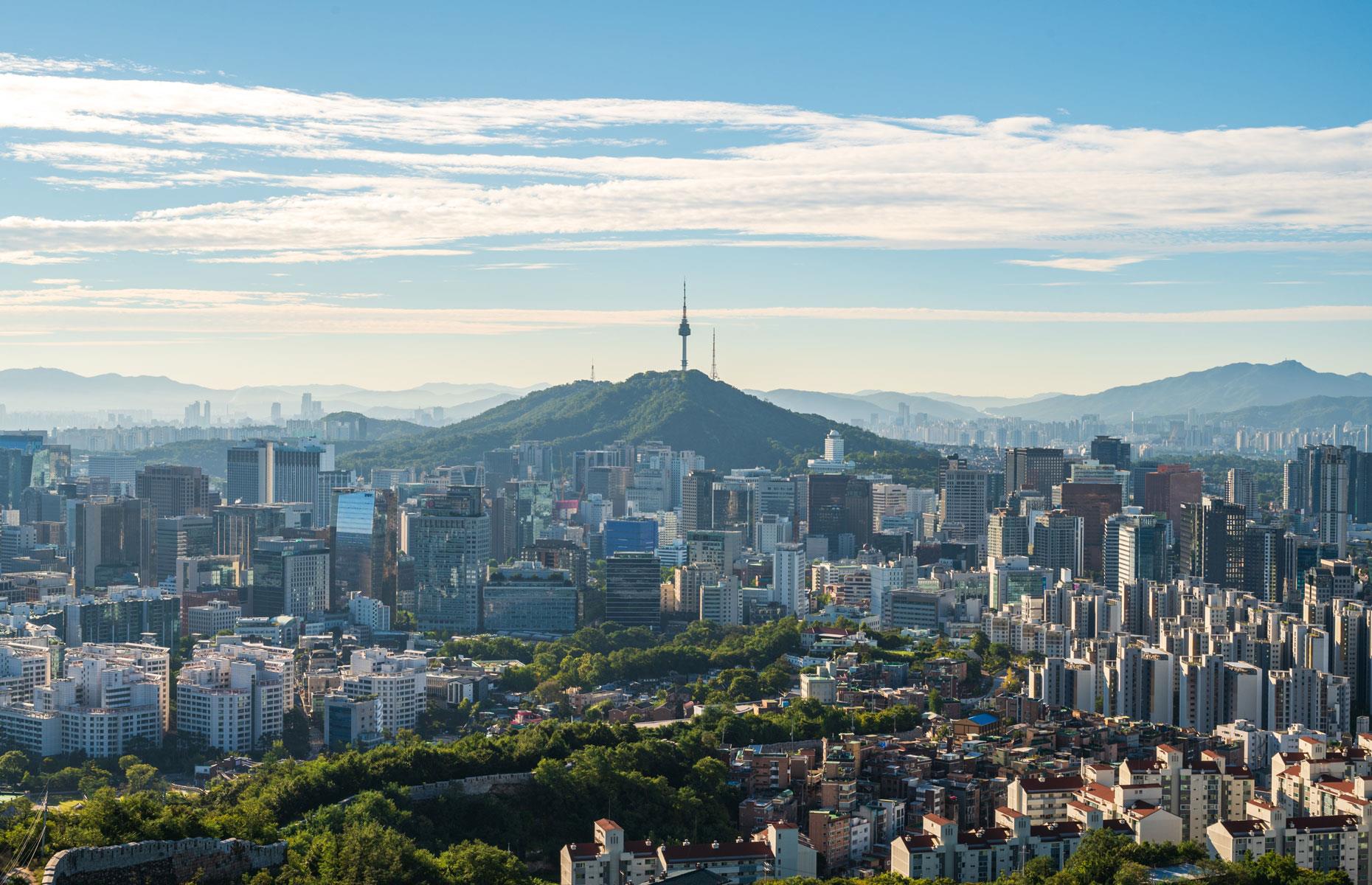 South Korea's GDP is forecast to expand by 2.7% this year, with the OECD lowering its prediction by 0.1% since September. Although consumer demand is actually set to pick up, it may be dampened by higher prices.

In May, inflation rose to 6.4%, the highest rate in over a decade. This dropped to 5.7% in October, a slight improvement but way above the country's target of 2%. 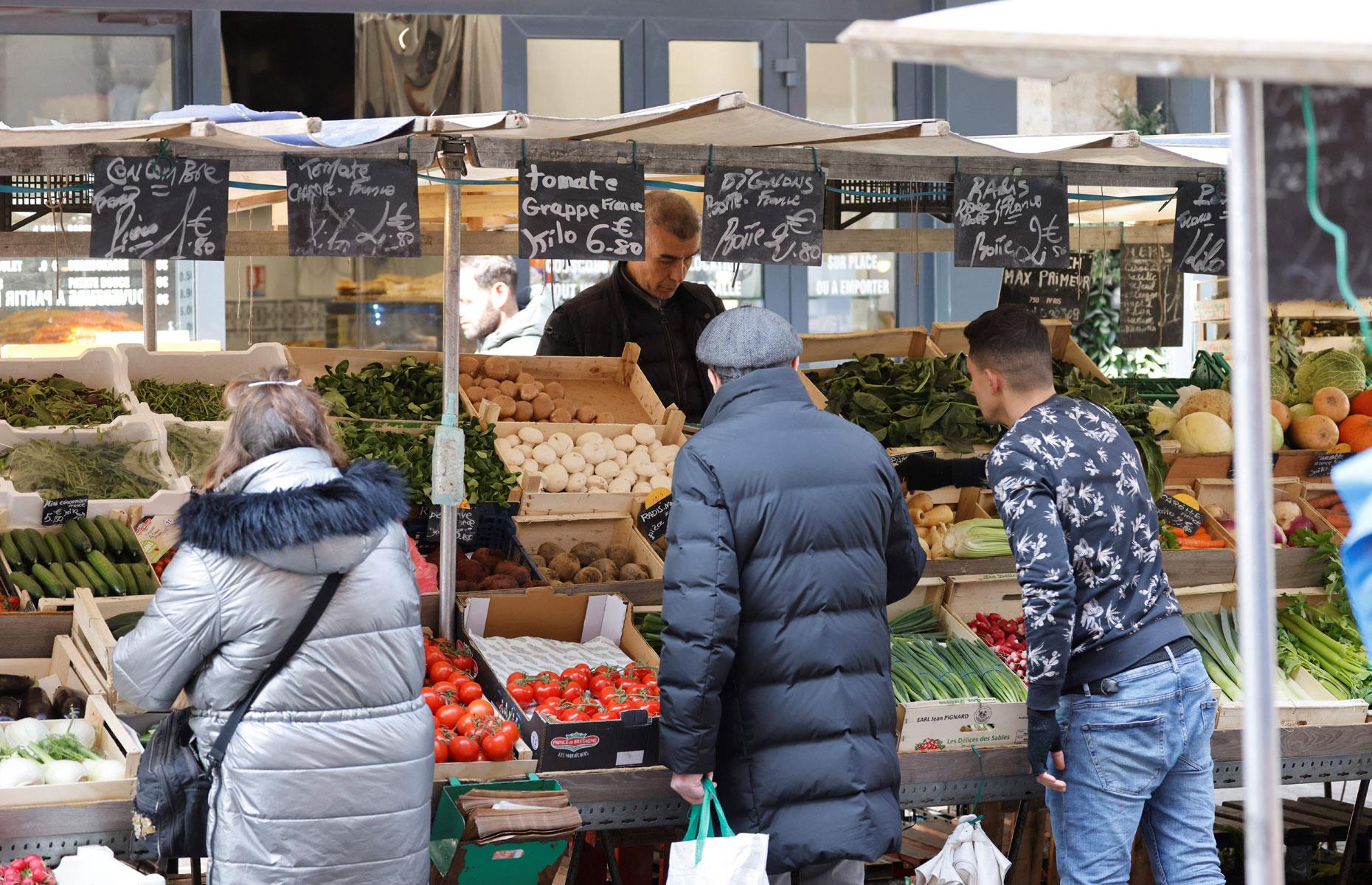 Back in June the OECD revised France's GDP growth figure down from 4.23% to 2.4%. It's since upgraded this prediction, now saying the country's economy will grow by 2.6%. It hasn't changed this prediction since September.

This is partly because France is one of several European nations that's already announced additional support packages for next year. The OECD notes: "The overall impact of these policies on debt is uncertain, with higher-than-expected revenue gains due to rising inflation, and – in some countries – windfall taxes on the exceptional profits of some energy producers and suppliers appropriately helping to offset the overall budgetary cost". 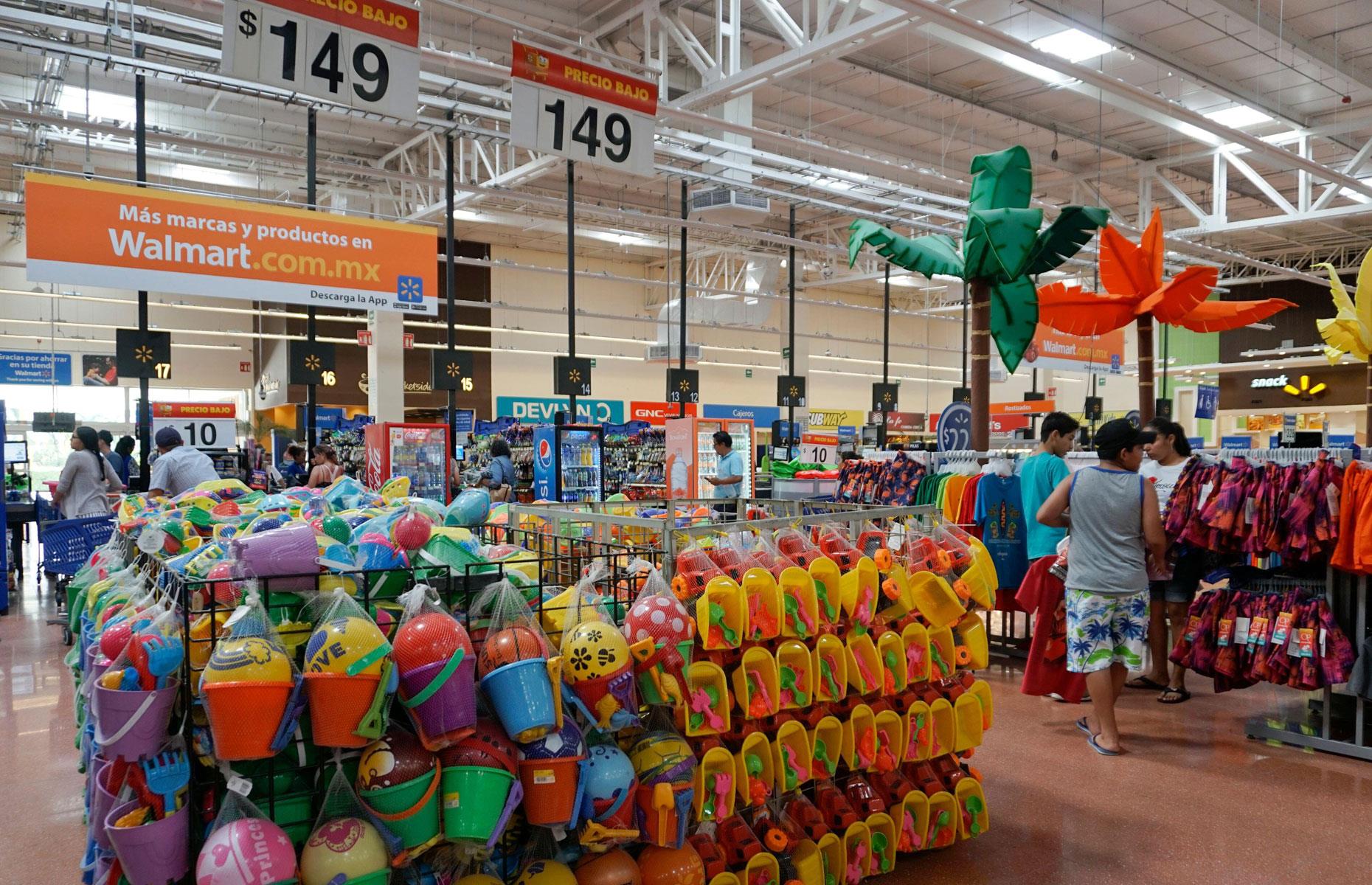 As is the case in so many nations, damaging effects of the conflict in Ukraine and China's zero-COVID policy such as higher inflation threaten to delay Mexico's bounceback. Yet the economy is slowly recovering from the pandemic, with everything from manufacturing to tourism picking up.

Mexico's avocado exports to the US are also flourishing, contributing $4 billion (£3.6bn) to the economy this year, according to Texas A&M University. In its interim report, the OECD revised Mexico's projected GDP growth figure up by 0.2% to 2.1% and has now increased this figure again to 2.5%. 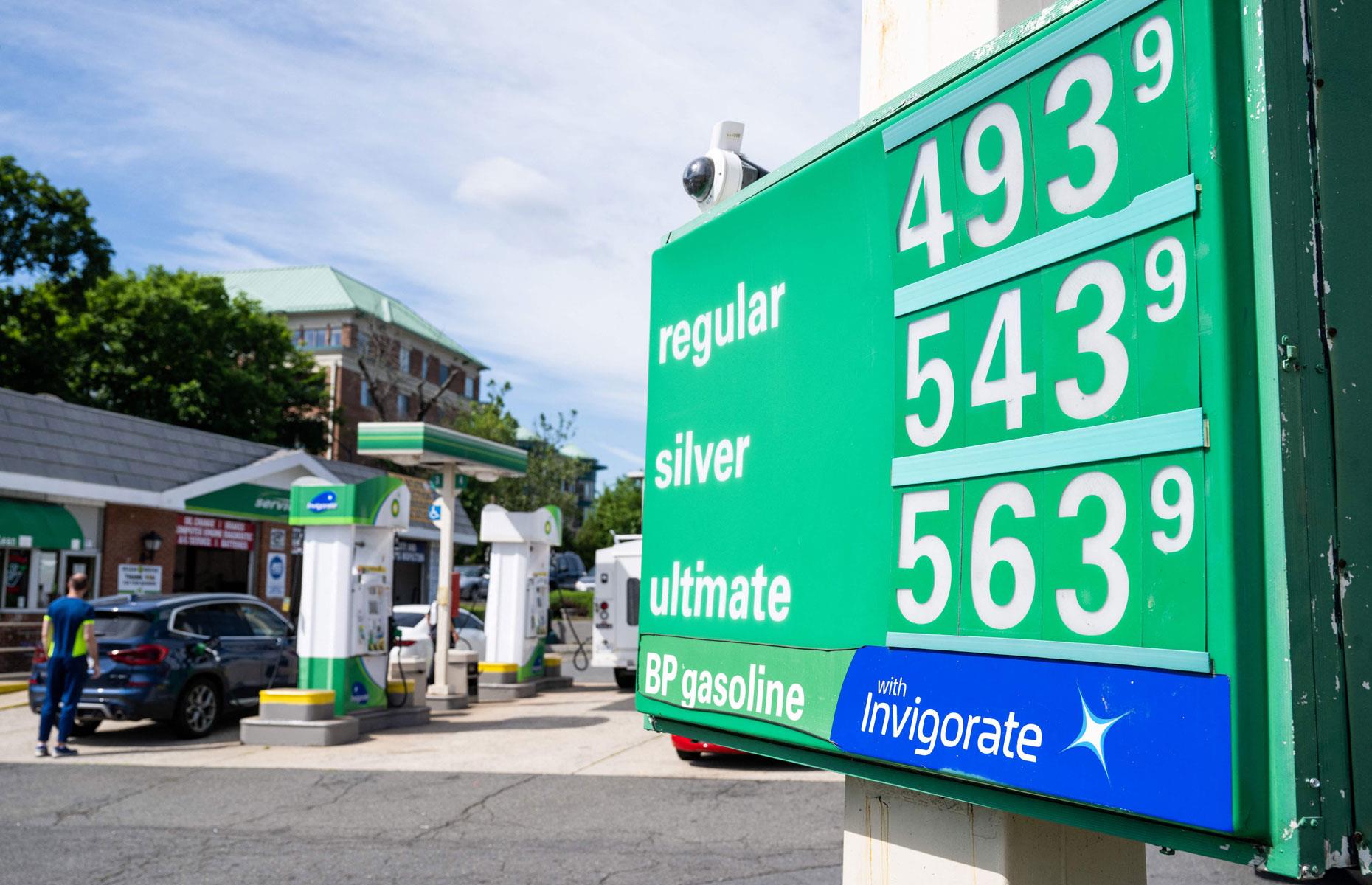 The mighty US economy roared back into action in 2021, but GDP growth is expected to be held back this year. Higher prices for oil and other essentials, together with supply chain disruption caused by the war in Ukraine and China lockdowns, have prompted the OECD to temper America's projection to a meagre 1.8%, although this does represent a modest 0.3% increase from its September forecast. 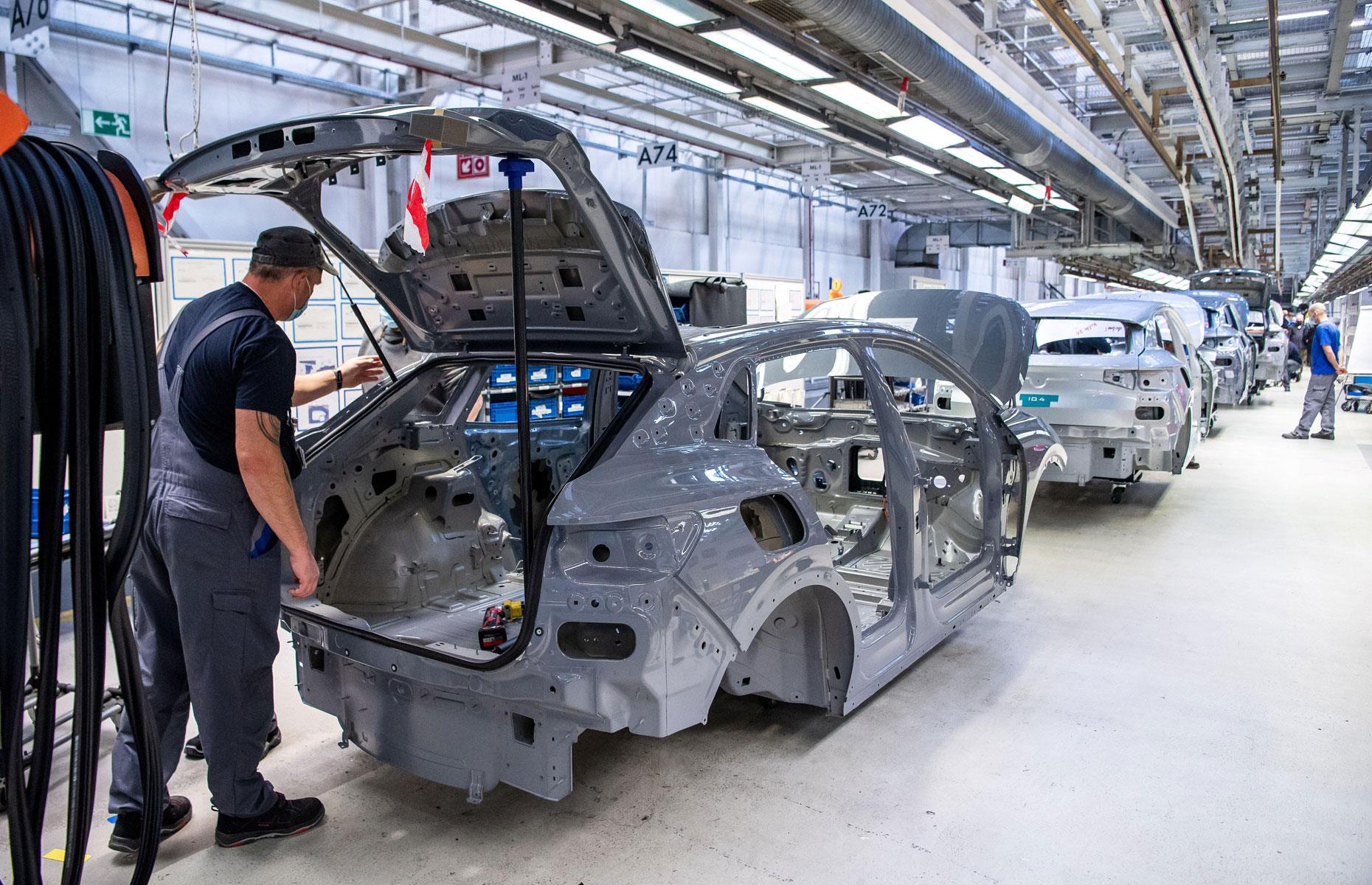 Like Italy, Germany has been hugely dependent on Russian gas, oil and coal, which makes the nation more exposed than most to the Ukraine conflict, and its economy is suffering from the effects of surging prices, which are dampening household consumption. Adding to the gloom, the country's manufacturing sector has also been battered by supply chain disruption caused in part by China's lockdowns. It's no wonder then that the OECD lowered the nation's GDP growth forecast by a hefty 2.19% to 1.9% in June, before downgrading this grim outlook by a further 0.7% in September.

However, amid the news that Germany is no longer reliant on Russia and that "energy security for this winter is guaranteed", according to Chancellor Olaf Scholz, the nation's GDP forecast has been upgraded in the latest OECD report. It now stands at 1.8%. 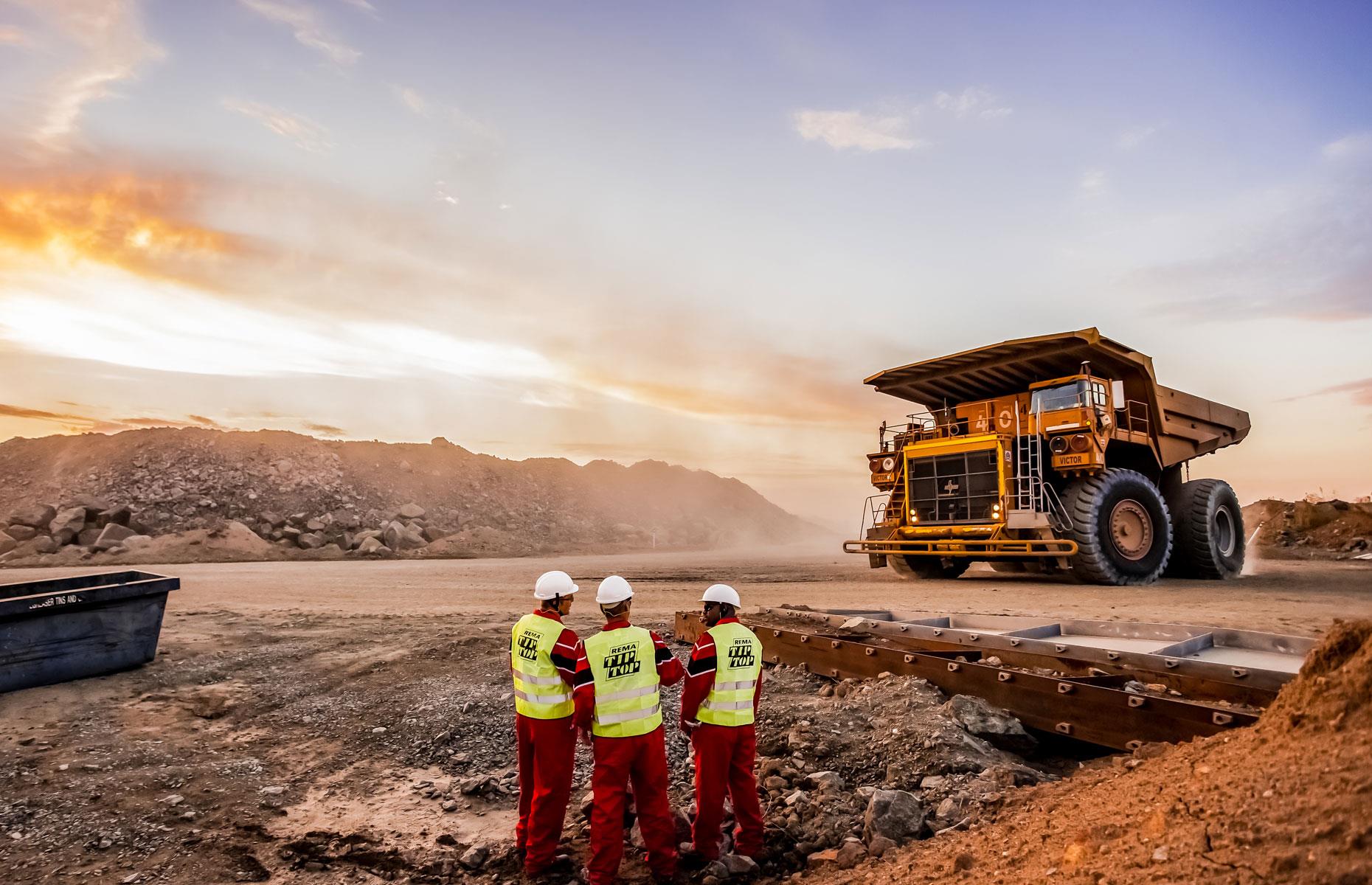 South Africa's growth rate for 2022 was revised down by 0.1% to 1.7% in September, and the OECD hasn't changed this figure in its most recent report. Major headwinds for the country include higher inflation, particularly when it comes to food prices as a result of the war in Ukraine, not to mention the potential for an upsurge in COVID cases since less than half of the population is vaccinated. That said, buoyant commodity prices are proving to be a boon for the resource-rich nation. 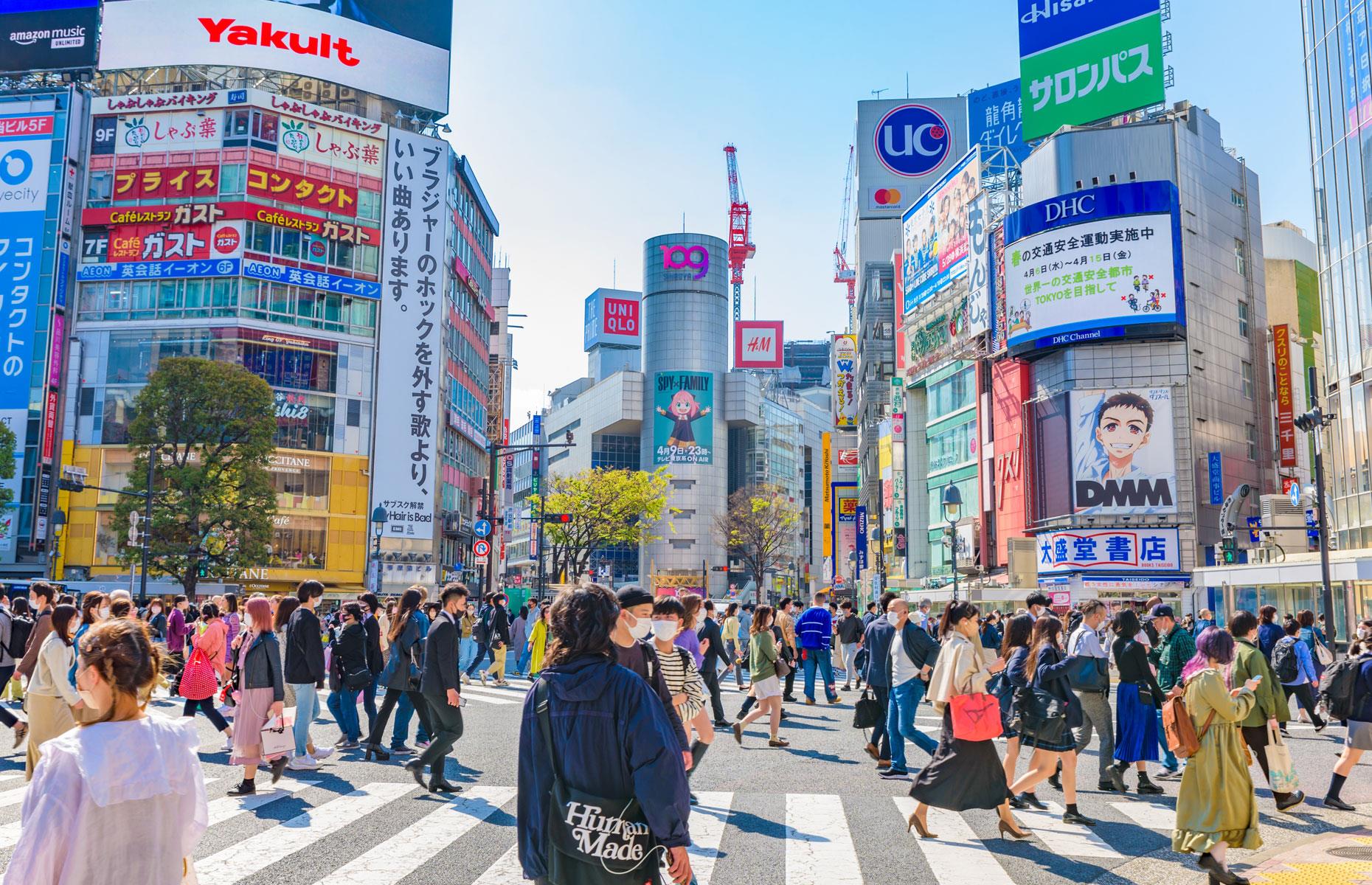 Likewise, the OECD reduced Japan's GDP outlook in September as it feared that external demand for commodities would start to fall. This was also a concern back in June, when the OECD believed a surge in Omicron cases, coupled with the conflict in Ukraine and Chinese lockdowns, were going to sap both domestic and external demand.

To make matters worse, inflation pressures are expected to deepen in the country, though these are still mild compared to other countries, according to the OECD. The organisation gave Japan an overall GDP growth outlook of 1.6% in September and hasn't changed its prediction since. 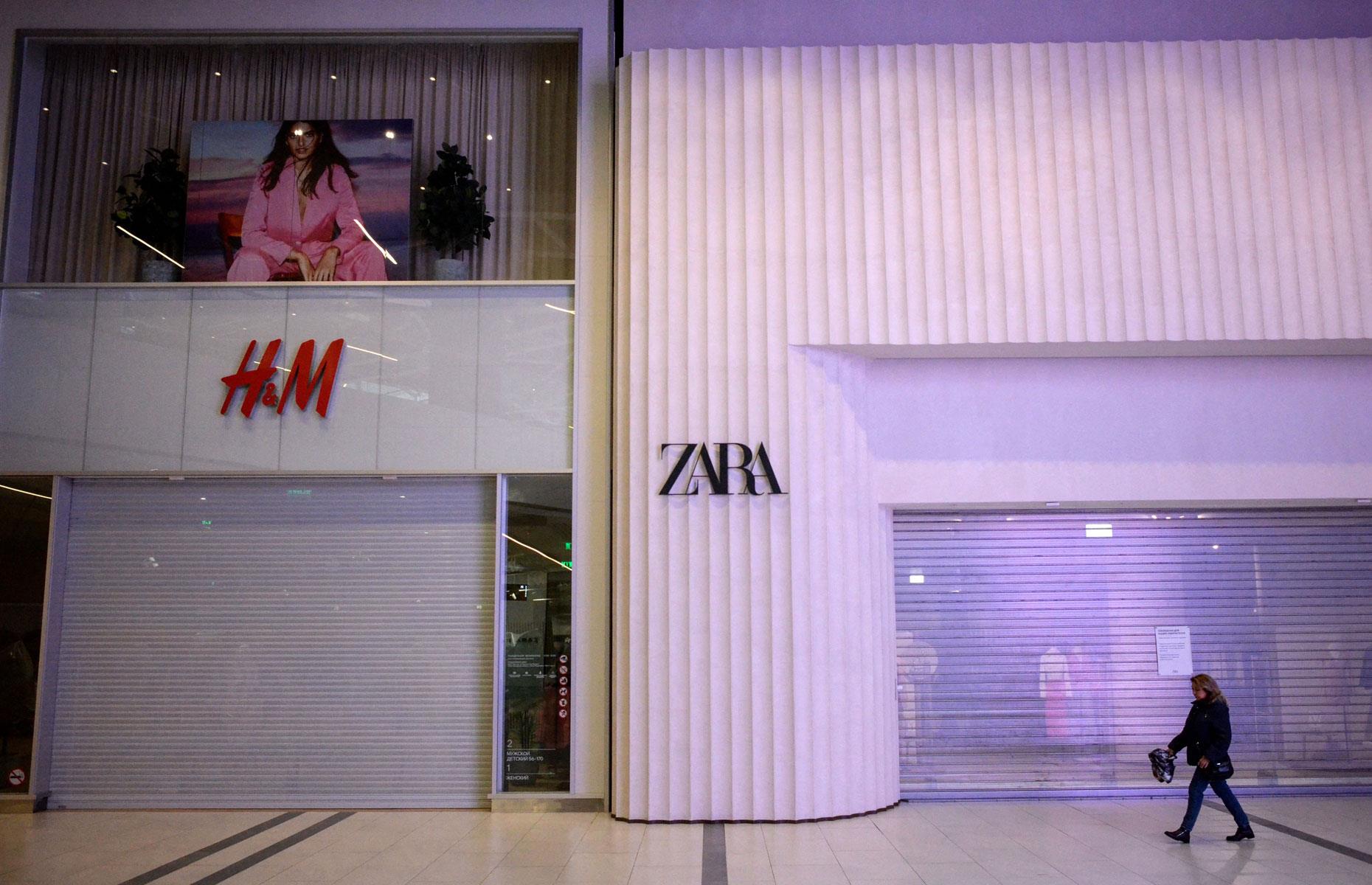 As you might expect, the OECD massively downgraded Russia's GDP growth forecast in June, slashing the figure by a whopping 12%. The invasion of Ukraine is proving enormously costly in myriad ways, and as Western sanctions bite and Europe's ban on Russian oil rumbles on, the outlook for the pariah nation isn't good. But it could be getting better.

Between June and September, the OECD upgraded its growth forecast by 4.5%, the biggest increase in the interim report, perhaps because much of the world is still struggling to diversify its energy sources. It's since upgraded its forecast again. The OECD now believes that Russia's GDP will shrink by "just" 3.9% by the end of 2022 – although official data from Russia's statistics agency has shown its GDP shrank by 4% in the second quarter of the year, meaning the economy is technically now in recession.