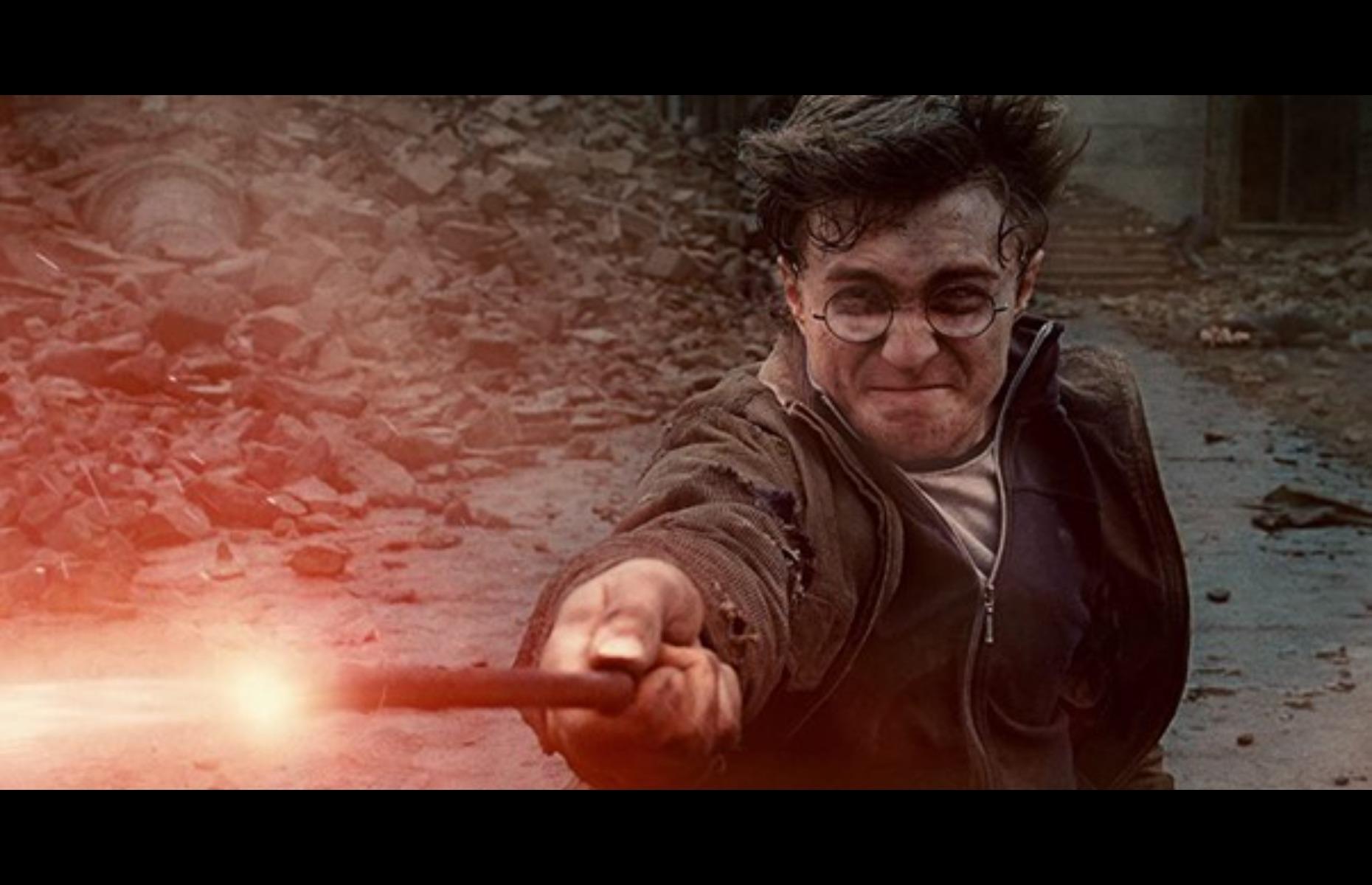 Once a struggling single mother, J.K. Rowling's life changed forever in 1990 when she conjured up the idea for the Harry Potter series while on a train from Manchester to London. The author is now one of the world's wealthiest writers, with an estimated fortune of $1 billion (£753m), thanks to the magical universe she has created.

Since the first Harry Potter novel hit shelves in 1997, the beloved franchise has grown into a multi-faceted, multibillion-dollar enterprise – in fact, we doubt even the wizarding bank Gringotts has a vault big enough to stash away all the cash it has accumulated. By our calculations, the overall Harry Potter franchise is worth at least $43.19 billion (£32.5bn). From the books to movies and even theme park rides, read on to discover which branch of the sprawling Harry Potter empire is the most lucrative. All dollar values in US dollars. 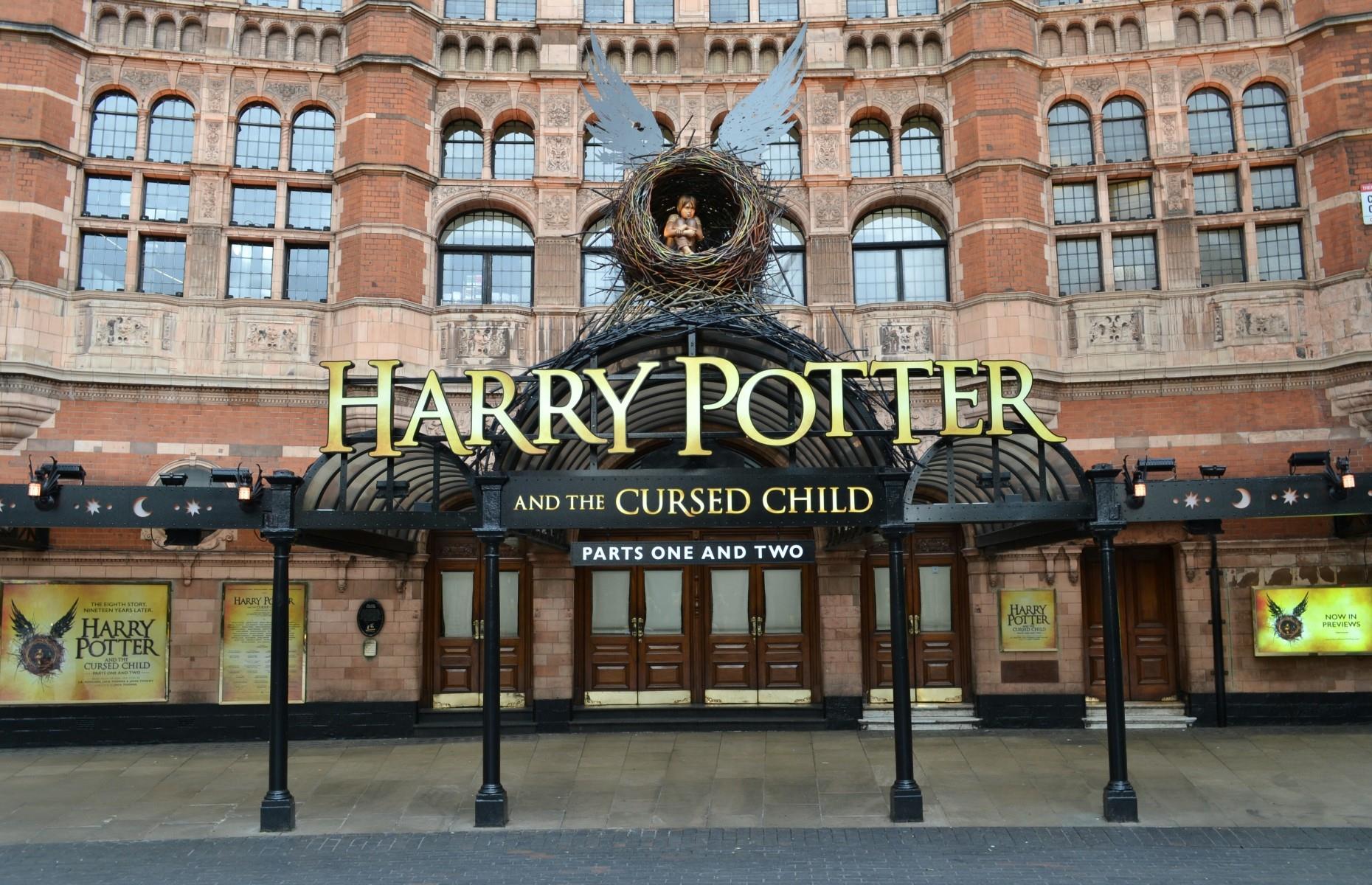 Harry Potter and the Cursed Child, often referred to as the eighth instalment in the Harry Potter saga, became the highest-grossing play in the history of Broadway when it made its US debut in spring 2018. In 2019, Forbes reported that the show had grossed revenues of $146.5 million (£110.4m) since it opened in London in 2016. The record-breaking production also achieved the highest all-time weekly ticket sales of any other play, generating more than $2.5 million (£1.8m) at the London Lyric Theatre in the last week of December 2018.

Despite the plot being criticised by many Harry Potter fans, the two-part play received a record-breaking eleven nominations at the 2017 Laurence Olivier Awards, winning nine. In total, the West End production has won 20 awards, while the Broadway show has scooped 18. As of 2021, and with the reopening of theatres, North American audiences can now enjoy a trimmed-down version of the spellbinding show. 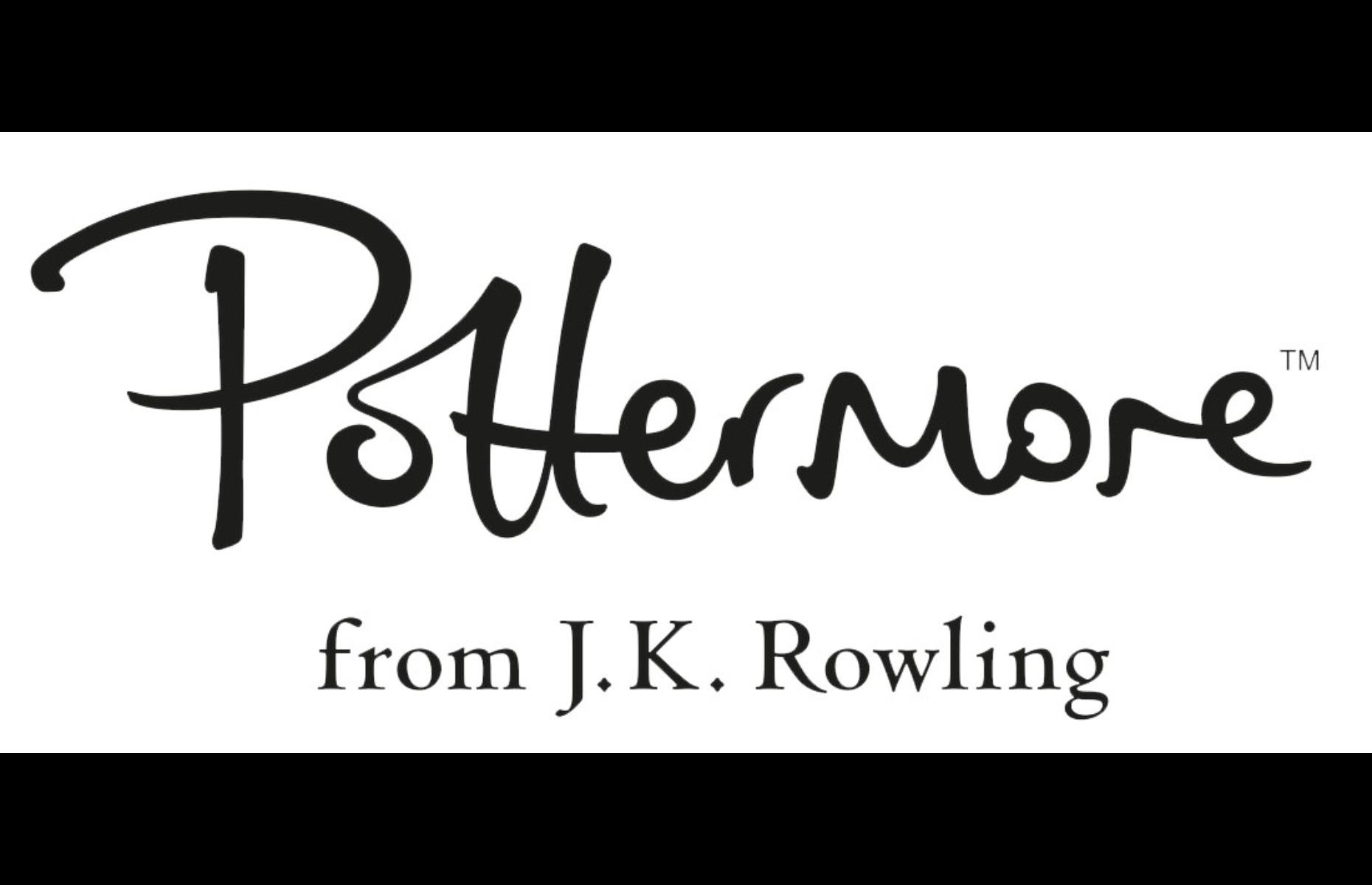 Rowling launched a beta version of her website, Pottermore.com, in summer 2011, before officially launching it in spring 2012. The platform incorporated digital publishing, entertainment, news, and e-commerce, as well as previously unpublished writings from Rowling. The site reported revenues of £157.7 million ($209m) between 2014 and 2019, reaching its peak in 2017 when it made a magical £40.3 million ($53.5m).

However, sales figures started to decline after that, and the decision was made to rebrand it to WizardingWorld.com in 2019. This was a nod to the fictional universe that Rowling had created with her various novels. Quizzes (including the ever-popular Sorting Hat Quiz), puzzles, and a Rowling archive are all available on the site. 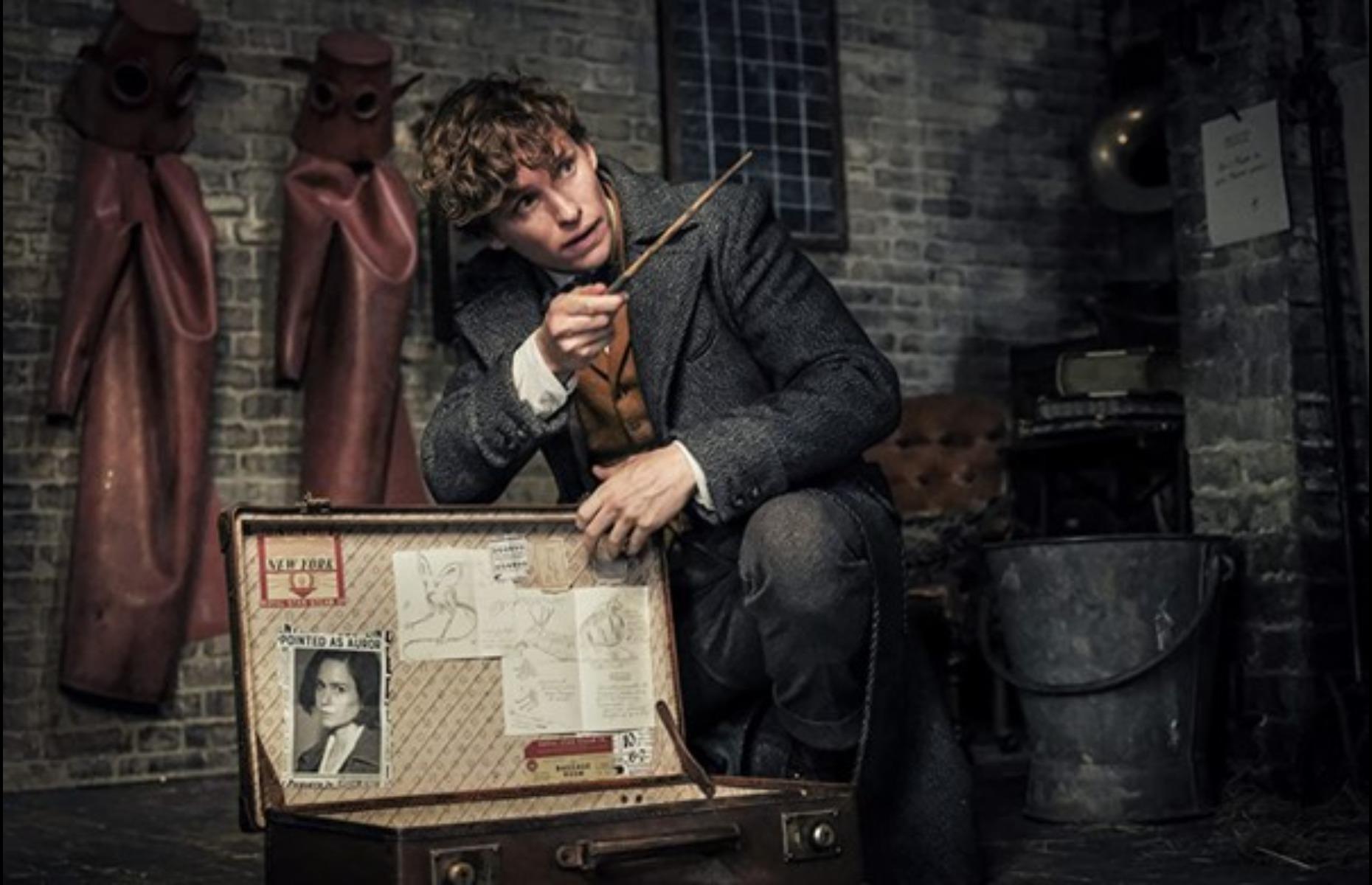 Milking the cash cow for every dollar, Warner Bros. released the first Harry Potter spin-off movie just five years after the conclusion of the original movies. The five-part Fantastic Beasts series is inspired by Rowling's 2001 magical guide book of the same name, and stars Eddie Redmayne, Ezra Miller, and Jude Law. Johnny Depp also starred in the first two movies but has now been replaced by Danish actor Mads Mikkelsen.

With two movies released so far, the series had already grossed a combined total of $1.4 billion (£1bn) – an incredible $1.6 billion (£1.2bn) when adjusted for inflation. Fantastic Beasts and Where to Find Them, the first film in the franchise, performed the best at the box office, with Potterheads eager for their Wizarding World fix after a five-year hiatus. The film grossed an impressive $814 million (£613.5m) in 2016, or $932.8 million (£703m) in today’s money.

Tipped to be the most immersive Wizarding World video game yet (and there have over 20 released to date), Hogwarts Legacy is set to launch in 2022. The role-playing action game will reportedly be the closest the player can get to an authentic Wizarding World experience without visiting one of the Harry Potter theme parks. By our calculations, video games are a lucrative branch of the Harry Potter empire, having grossed at least $1.9 billion (£1.4bn) since the first one launched in 2001.

The Warner Bros. console games, which include the beloved LEGO Creator: Harry Potter video game series, have achieved an eye-watering $1.5 billion (£1.1bn) in sales alone. And that’s not even including the millions of dollars that mobile games like Harry Potter: Wizards Unite, Harry Potter: Puzzles and Spells, and Harry Potter: Magic Awakened have raked in too. 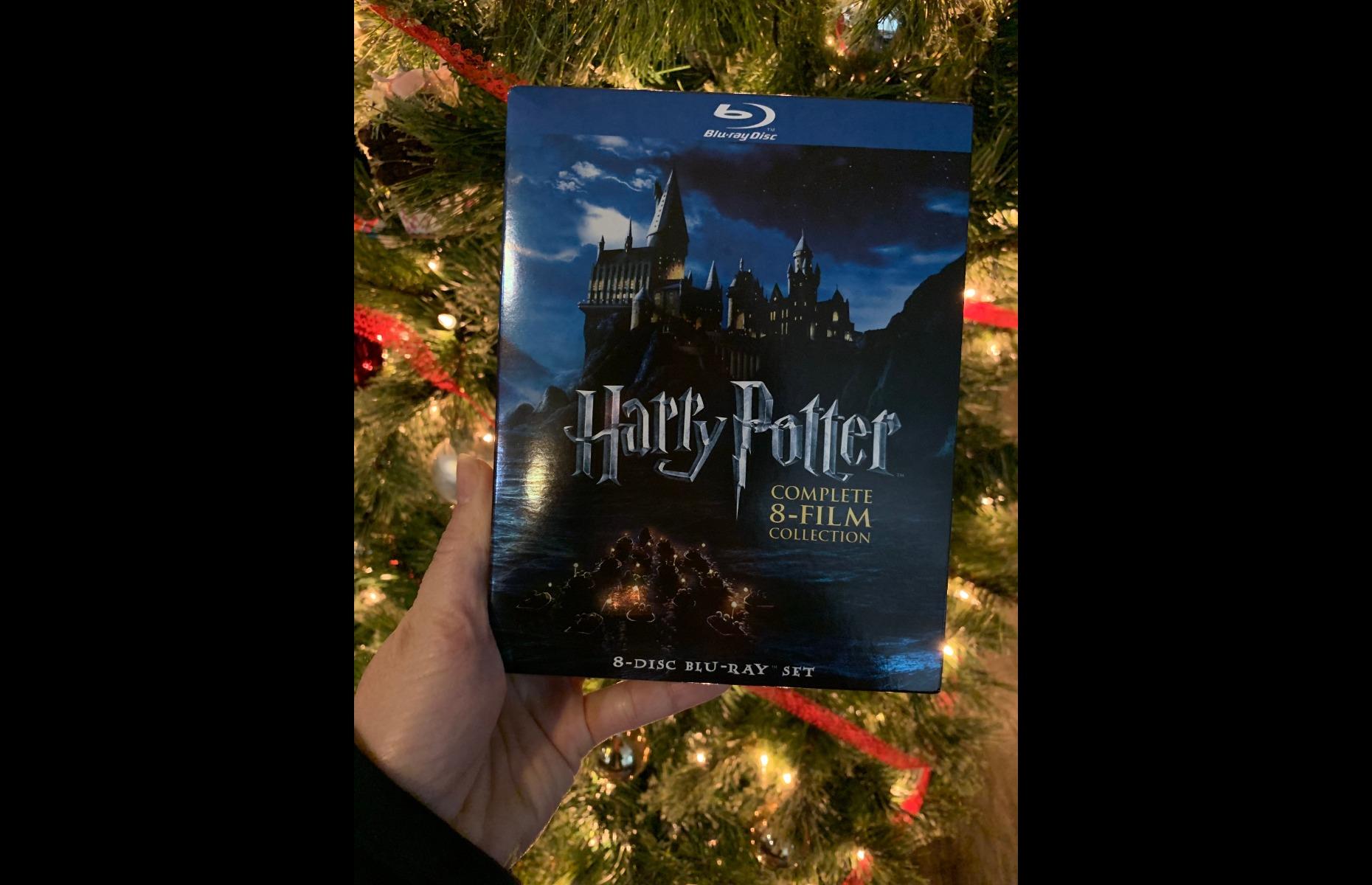 The Harry Potter movies have continued to make magical amounts of money long after they left cinemas. As of 2018, the films had grossed a remarkable $2 billion (£1.5bn) in DVD sales. 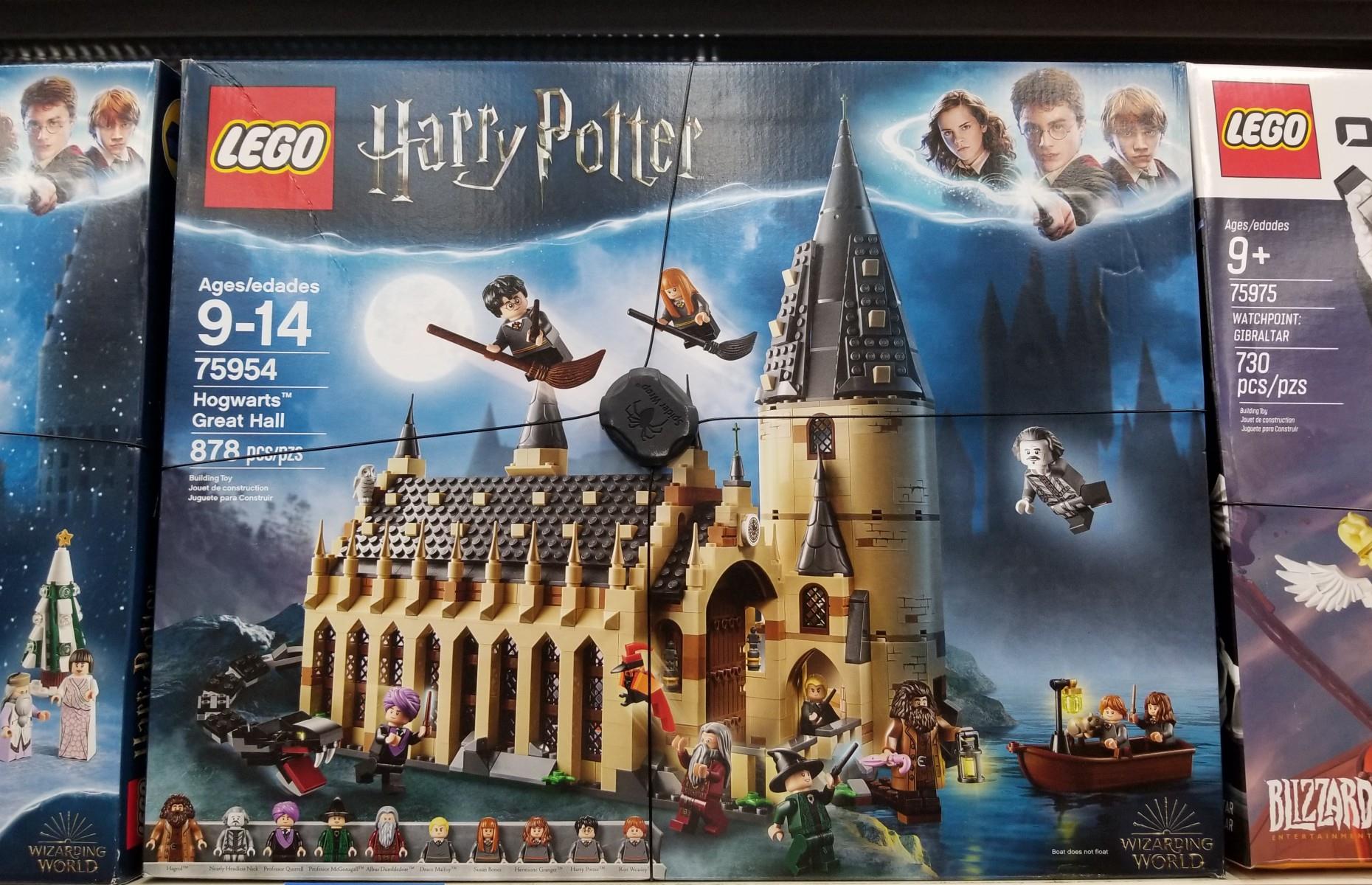 Another lucrative branch of Rowling's sprawling empire is toys and merchandise. As of 2018, this sector has made $7.3 billion (£5.5bn) in revenue. Fans can purchase a plethora of products, including wands, cauldrons, wizard chess sets, cuddly toys, and collectable action figures.

The toys that reign supreme, however, are the Harry Potter LEGO sets, with the top seller being the LEGO Harry Potter Lego Hogwarts Great Hall Castle Toy, which currently retails for around £90 ($119). The popularity of such sets shows no signs of slowing down. The LEGO Group recorded a 46% increase in sales in the first half of 2021, with Harry Potter sets among its most popular products. 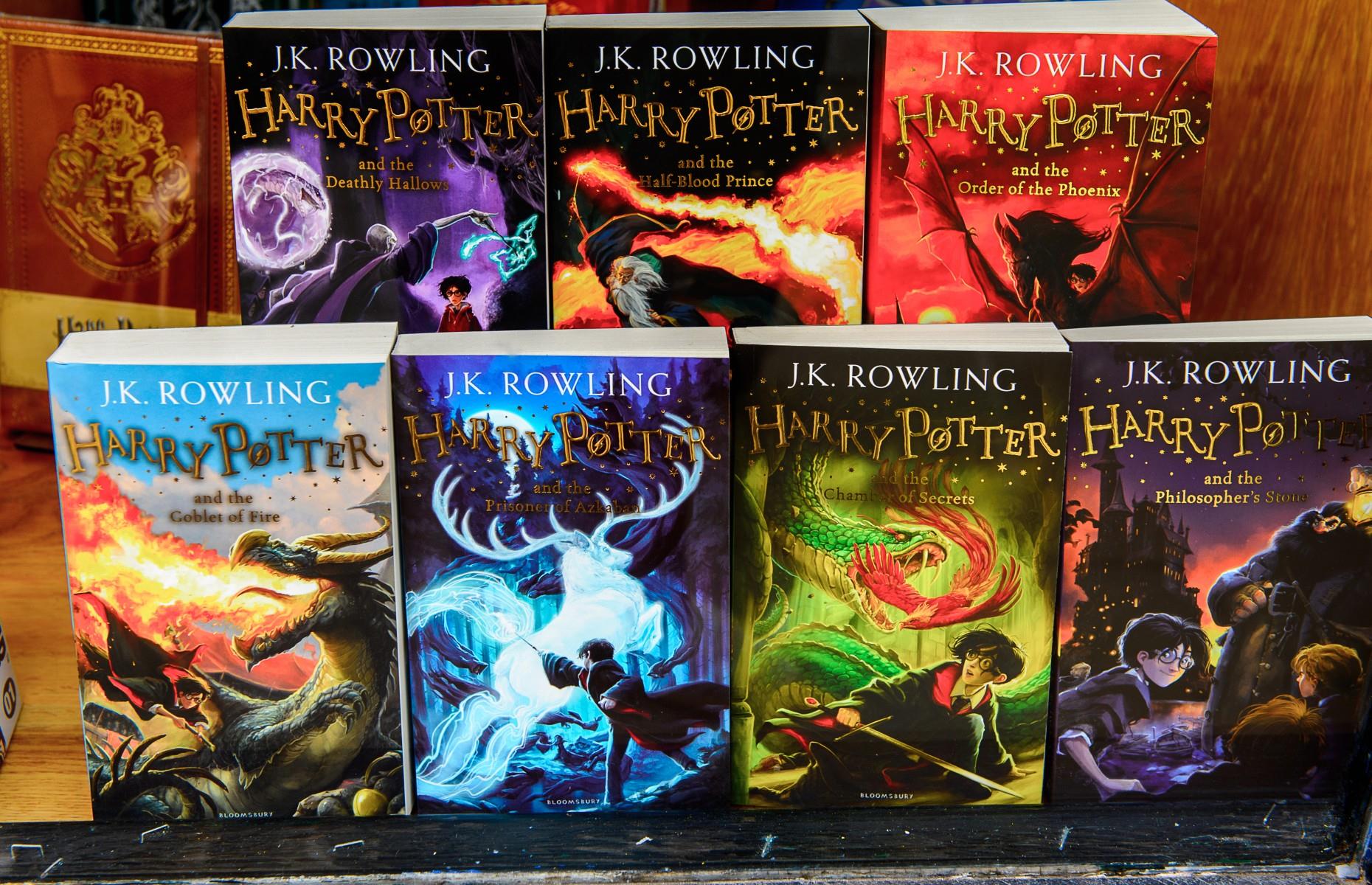 With total revenues of around $7.7 billion (£5.8bn), Rowling's enchanting book series has made magical amounts of money. Since the release of Harry Potter and the Philosopher's Stone (retitled the Sorceror's Stone in the US) in 1997, the novels have sold upwards of 500 million copies and have been translated into over 80 languages, capturing the imaginations of children and adults around the globe. In fact, Harry Potter is the best-selling book series of all time. 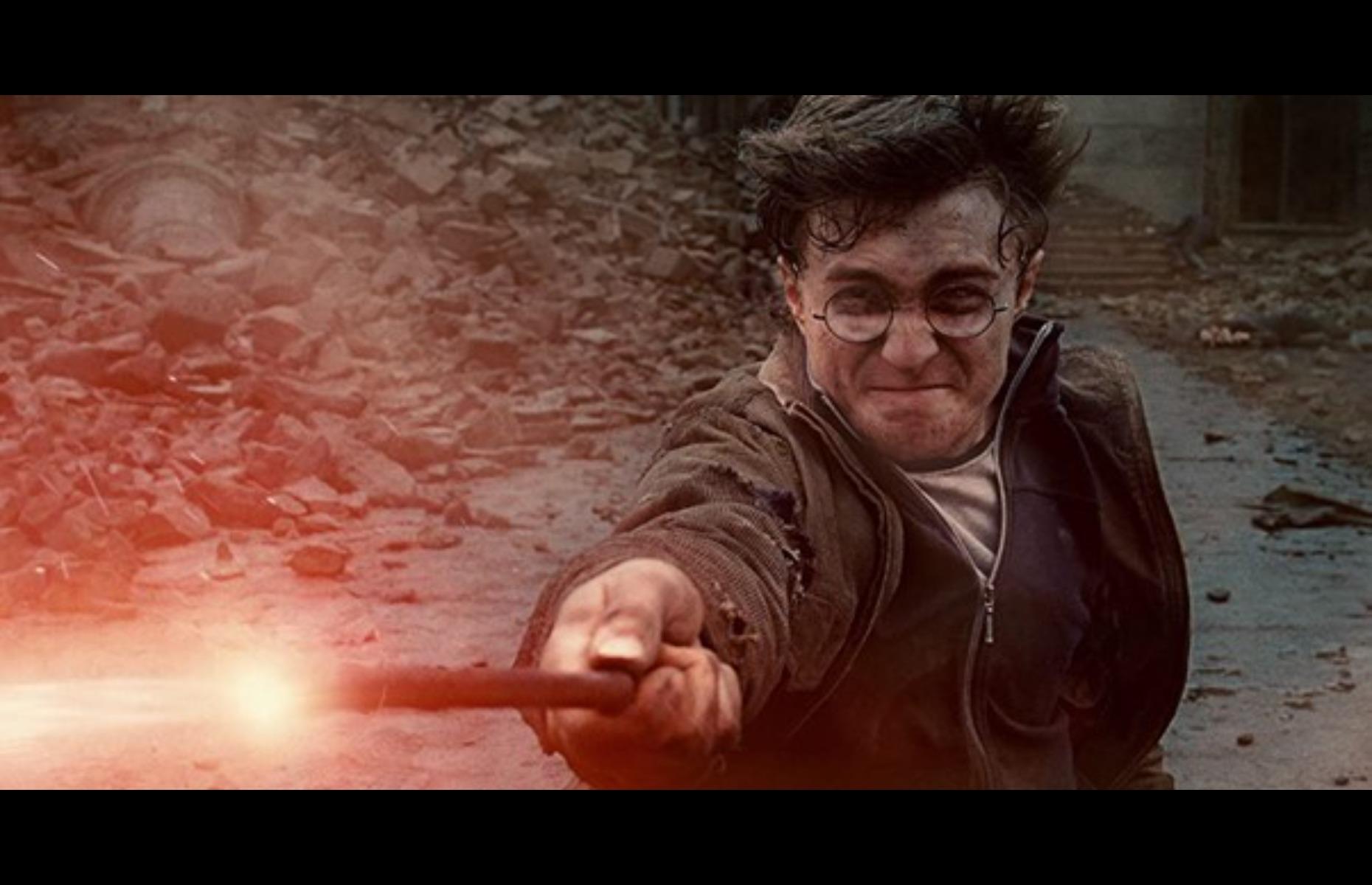 Since the first Harry Potter film was released in November 2001, the eight magical movies have grossed an astonishing $7.6 billion (£5.6bn) worldwide, or $10.5 billion (£7.9bn) when adjusted for inflation. In fact, Harry Potter is the third highest-grossing film franchise of all time, second only to the James Bond movies and the Marvel universe.

Despite the mammoth amounts of money the movies have generated, it’s surprisingly not the most lucrative branch of the Wizarding World enterprise. A very different branch of Rowling's sprawling empire reigns supreme... 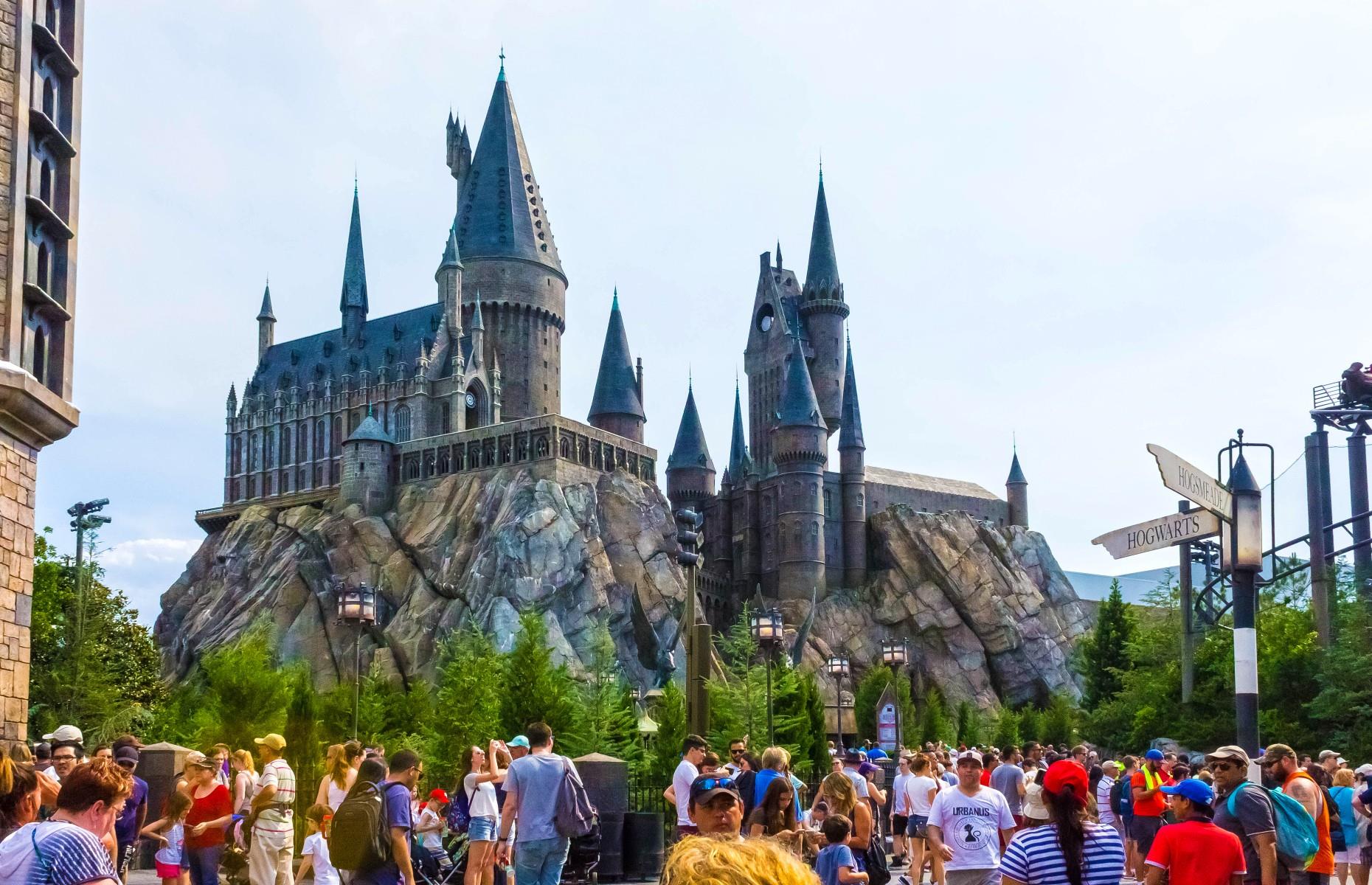 According to Forbes, attendance at these parks grew by an average of 32.1% after the opening of the Harry Potter attractions, with fans eager to tour locations such as Hogwarts and Hogsmeade, buy wands, and even sample butterbeer.

It's impossible to know for sure how much money the Harry Potter attractions have grossed. Annual reports break down park revenues as a whole rather than by single attractions. However, it has been reported that the theme parks are now the most lucrative branch of the Harry Potter empire, bolstering Rowling's bank account by millions each year. Universal Theme Parks recorded gross revenues of $37 billion (£27.7bn) between 2010 and 2020. Based on the figure that attendance increased on average by 32% since the addition of the Harry Potter features, around $11.84 billion (£8.9bn) of that revenue has been generated by the Wizarding World attractions.

Now discover which James Bond movies have made the most money